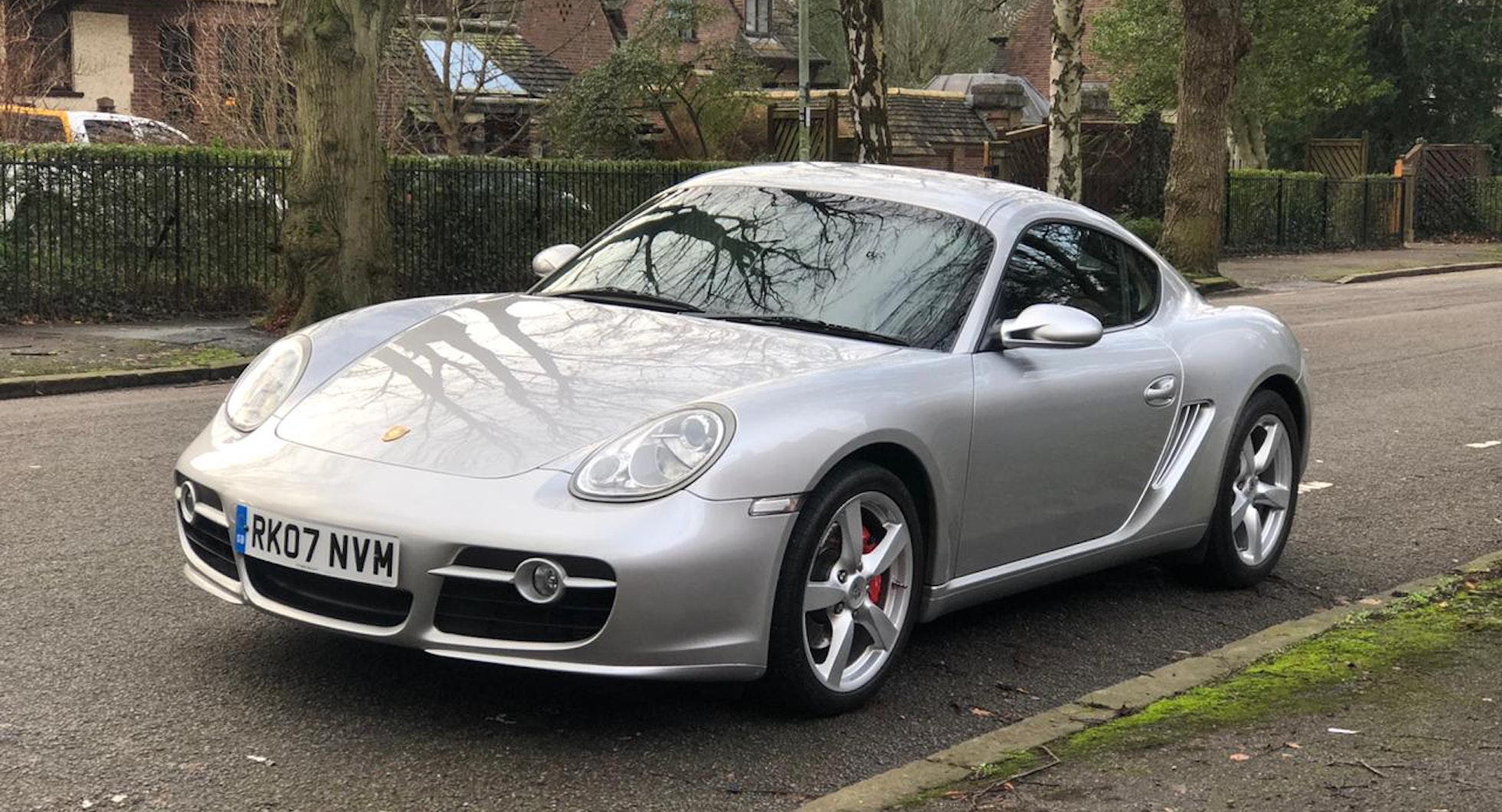 This 2007 Porsche Cayman S is a high-performance sports coupe that boasts a terrific engine and outstanding handling balance. It is powered by a 291bhp 3.4-litre naturally aspirated flat-six, with rear-wheel drive via the six-speed manual transmission. The odometer currently indicates approximately 83,800 miles from new, which is fully supported by the comprehensive service and MOT history. 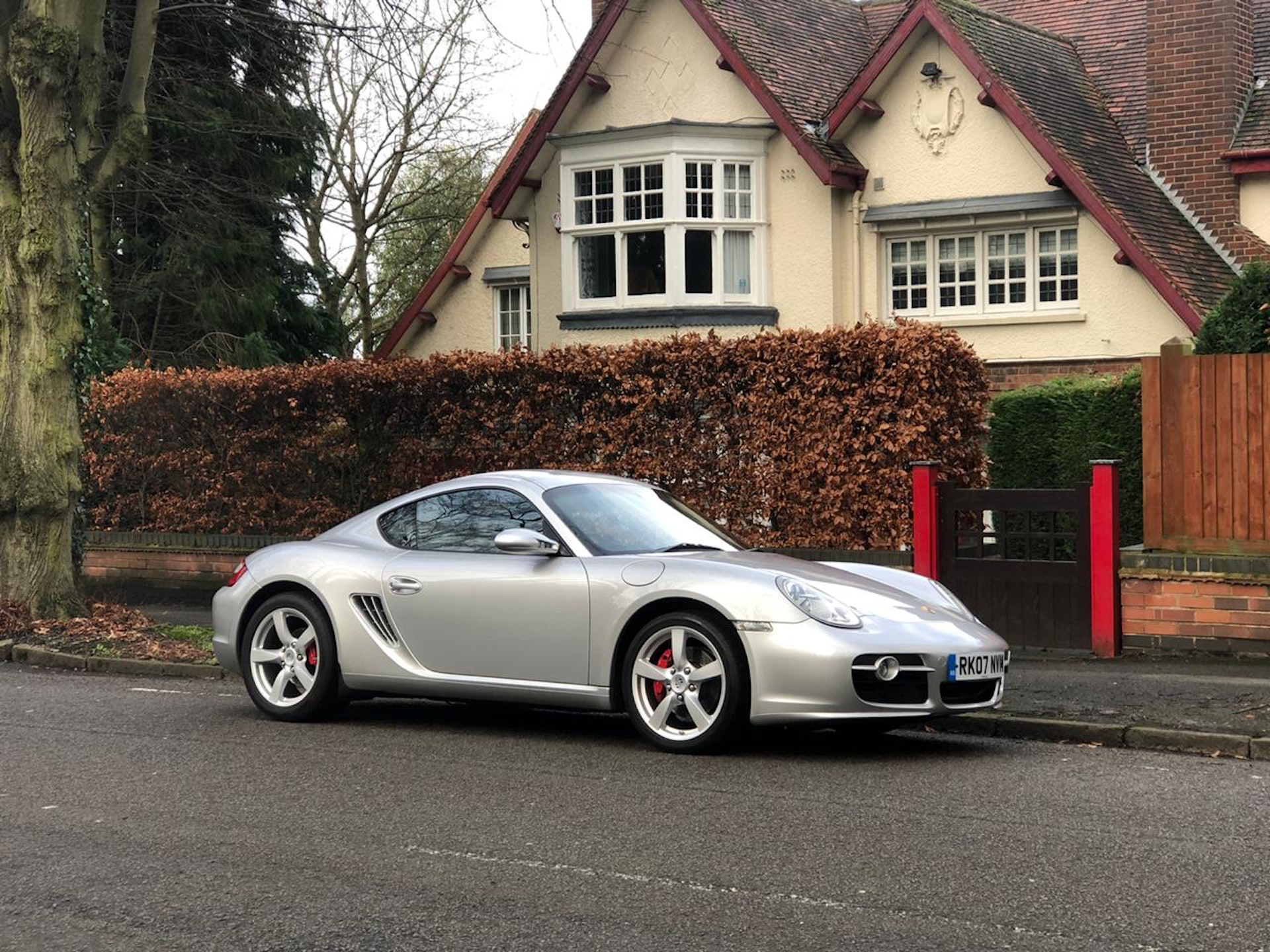 First registered in March 2007, there are just two previous registered keepers on the log book. It has been owned by the vendor for just over five years, who has thoroughly enjoyed the car in that period, covering around 25,000 miles on the road. 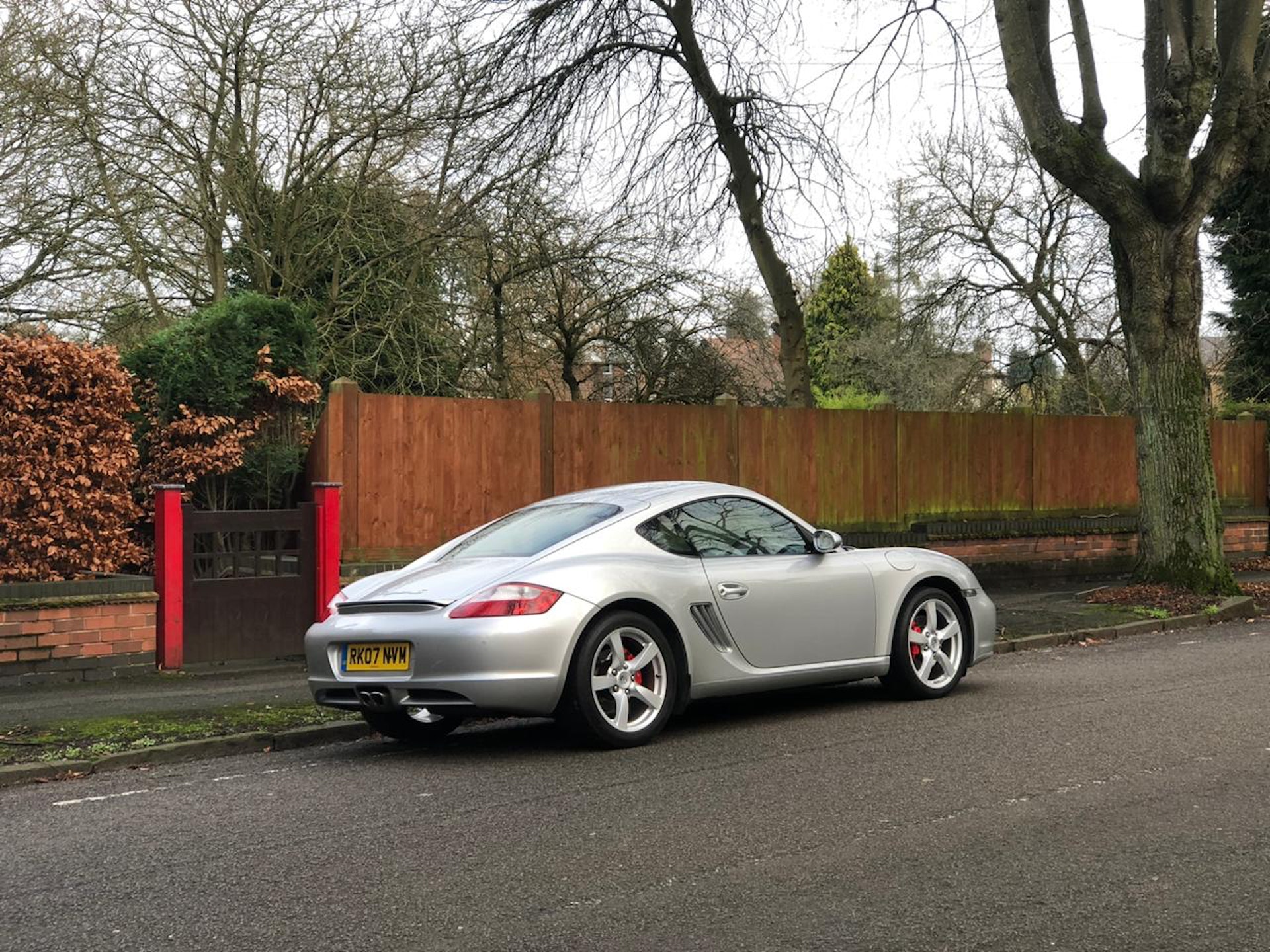 The original paintwork remains in very good order. There are of course some stone chips that are to be expected given the road use and mileage, as well as some minor surface scratches, but otherwise it presents impressively for its age. It sits on the original set of 18-inch five-spoke Cayman S alloy wheels, which were refurbished four years ago and remain in superb condition. 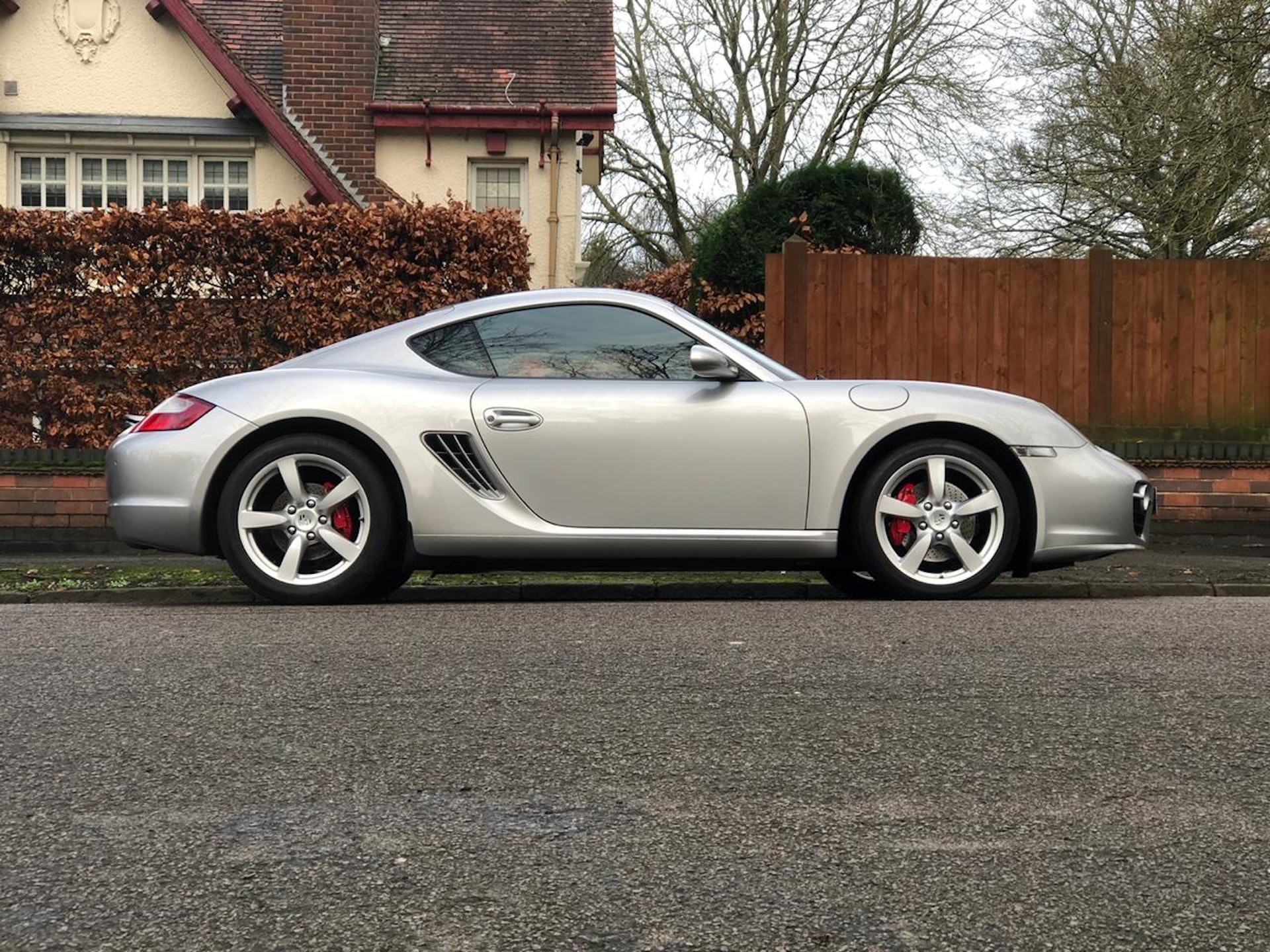 In the cabin, the seats are upholstered in high-quality black leather, which remains in very good order. The driver’s seat bolster has minor visible wear, which could easily be brought back to an as-new finish with some professional re-connolising if the next owner desires. 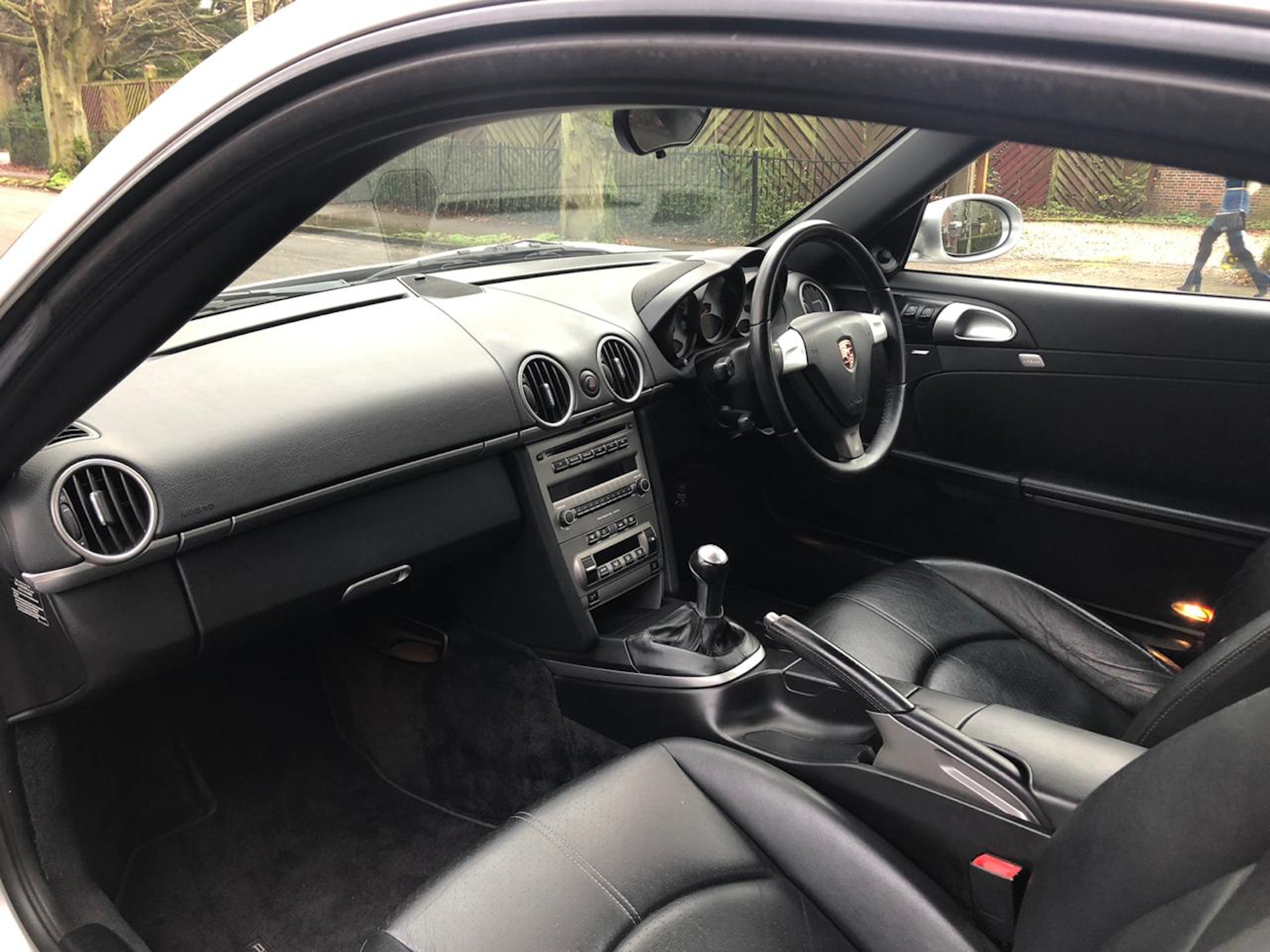 The equipment fitted includes air-conditioning, the CDR-24 audio system and rear parking sensors. A location-based Tracker security system is also installed. Bidders should note that the air-conditioning is currently not working and requires a new condenser, for which the owner has been quoted £600 to replace. 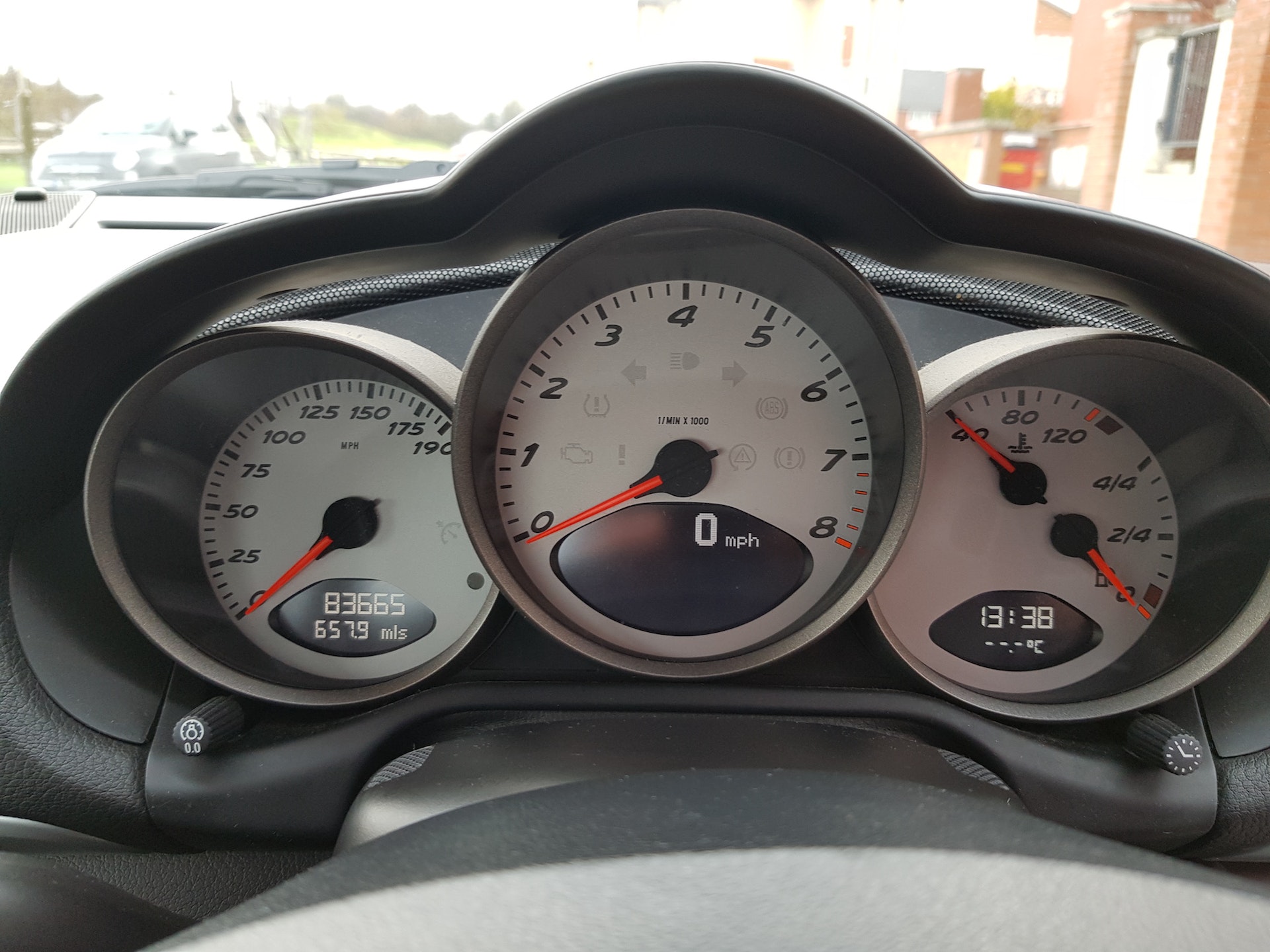 The most recent scheduled maintenance was in April 2019, carried out by independent Porsche specialist GCR Central in Leicester. This comprised a major service in accordance with the manufacturer provisions; including replacement spark plugs and fresh brake fluid, as well as new front coolant hoses. The car was also treated to an interim oil change in August 2018, and new rear brake discs - using OEM Brembo components - in May 2018. Gear shift cable security clamps were fitted in April 2018. 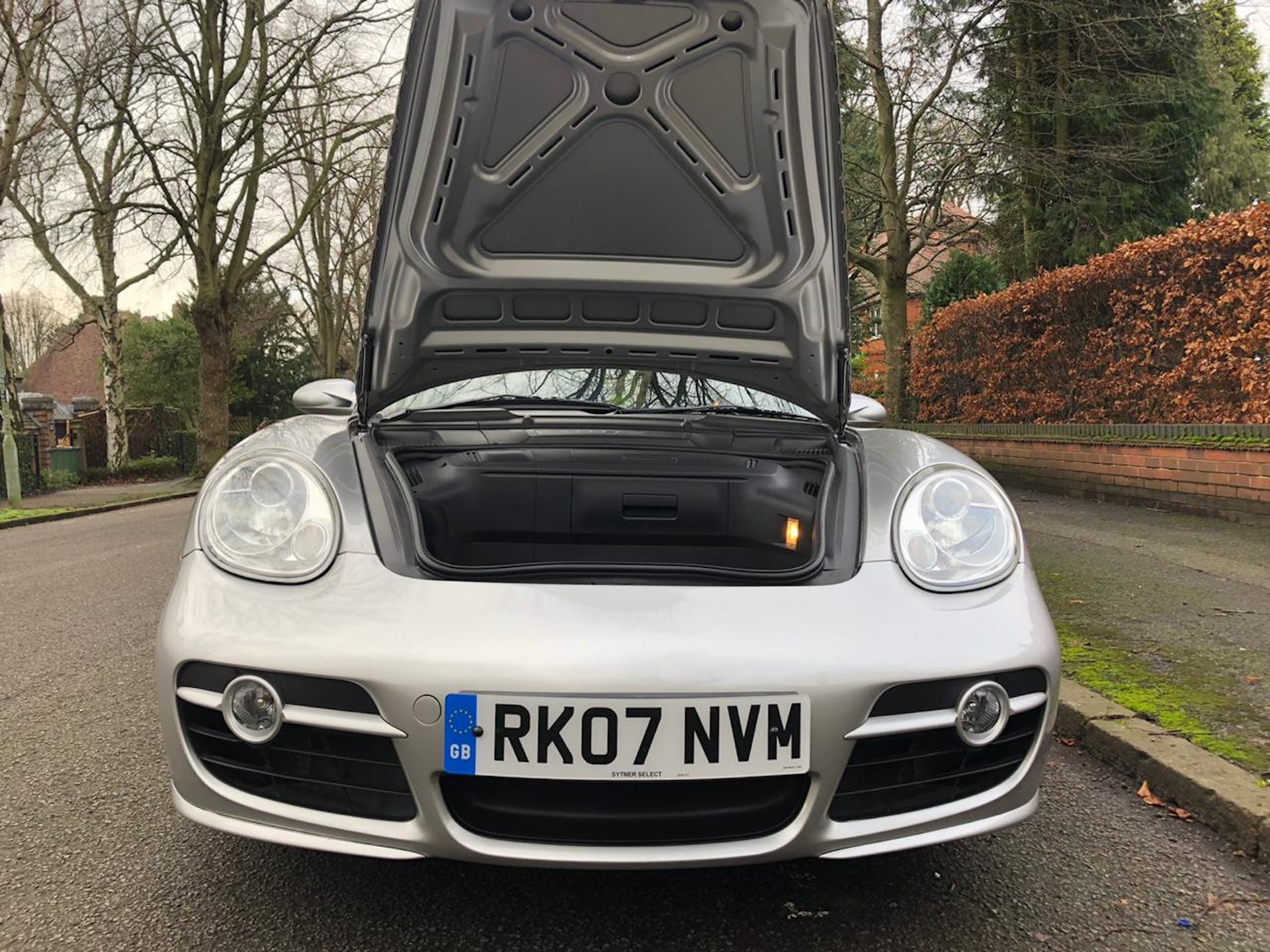 In October 2017, GCR Central fitted a new clutch and dual-mass flywheel at 76,731 miles. Prior to this, GCR Central also carried out the minor service in March 2017, which included replacement coil packs to four cylinders, new exhaust tail pipe clamps, and a fresh set of front brake discs, pads, damping plates and sensors. The brake fluid was also renewed, both inner track rod assemblies were replaced, and the geometry was reset.

The service before this was a major maintenance visit at Porsche Centre Leicester in March 2015, which also included fresh brake fluid. Other work carried out during the vendor’s ownership has included a new water pump, deflection roller and drive belt, fitted in January 2016 at 67,766 miles. The alloy wheels were also completely refurbished in late 2015, complemented by a fresh set of wheel bolts. Two further coil packs were also renewed in 2015, along with the exhaust flange nuts and bolt. 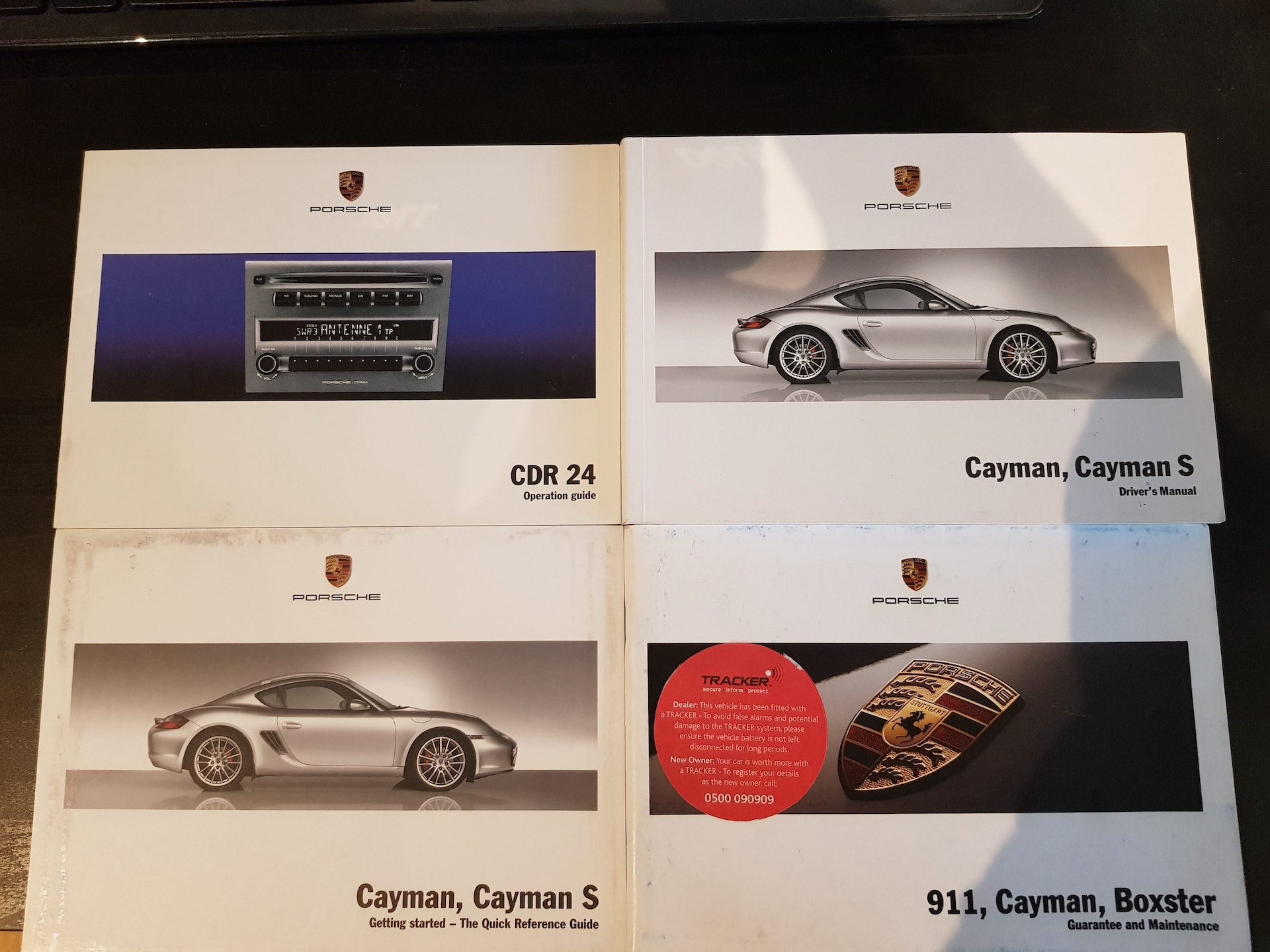 Its last MOT test was on 30 July 2019 at 83,148 miles, which resulted in a clean pass with no advisories. In fact, it has always passed each annual MOT first time around, with no failures. The wheels are fitted with a set of Michelin Pilot Sport tyres, in size 235/40 ZR18 at the front and 265/40 ZR18 at the rear - all of which have a reasonable level of tread remaining.

Accompanying the car is the original black book pouch, including the driver’s manual and user guides, as well as the stamped service record. 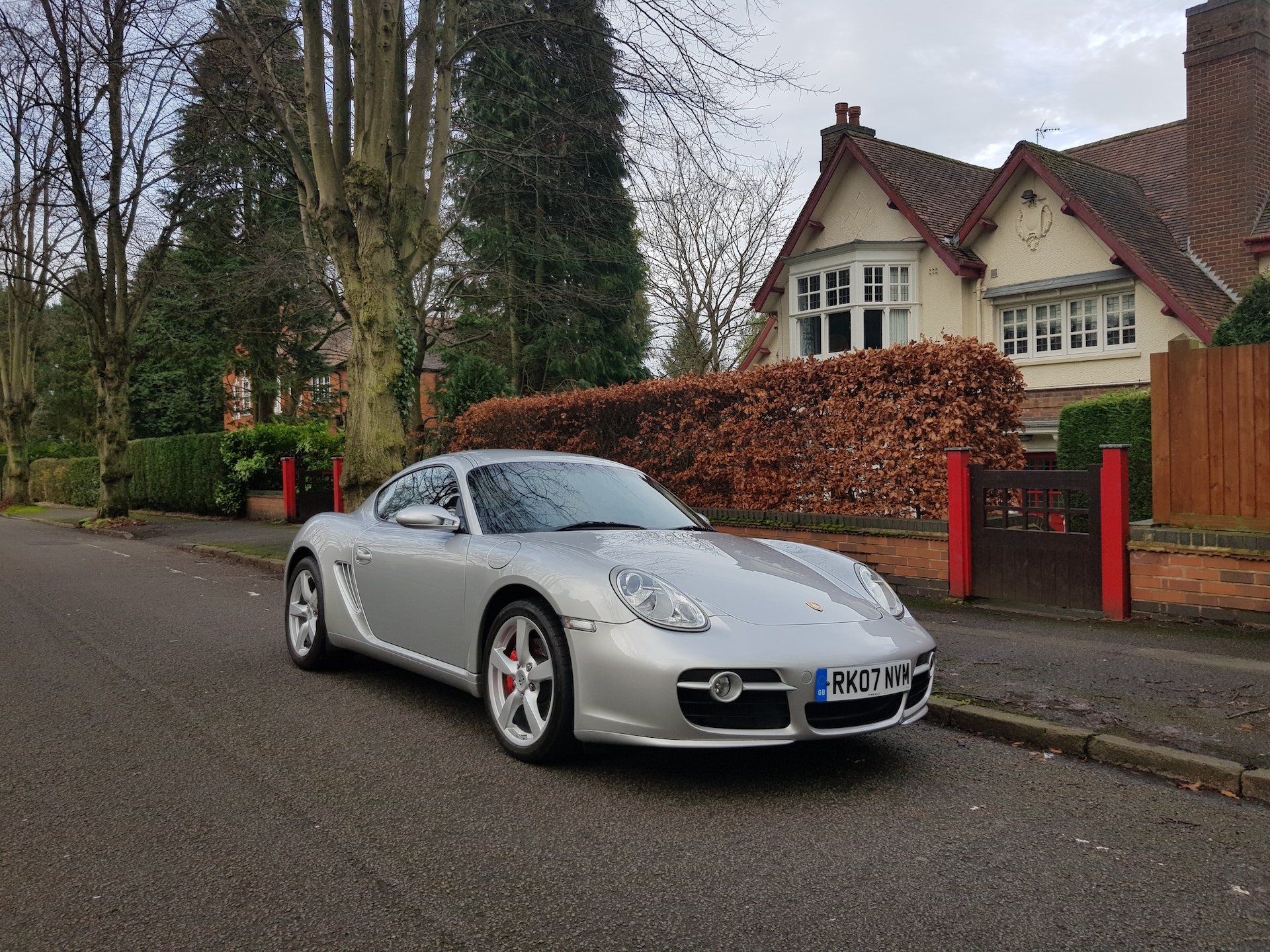 This Porsche Cayman S is a superb example of a sought-after ‘everyman’ performance car. It has evidently been cherished by its previous owners, and its current keeper has used it as a weekend vehicle, ensuring it is regularly washed and waxed in addition to its mechanicals being impeccably maintained. Replacement parts have been kept to OEM items, and work has been carried out by Porsche specialists and main dealers. After more than five years with the current owner, it is now ready to be relished by another enthusiast.