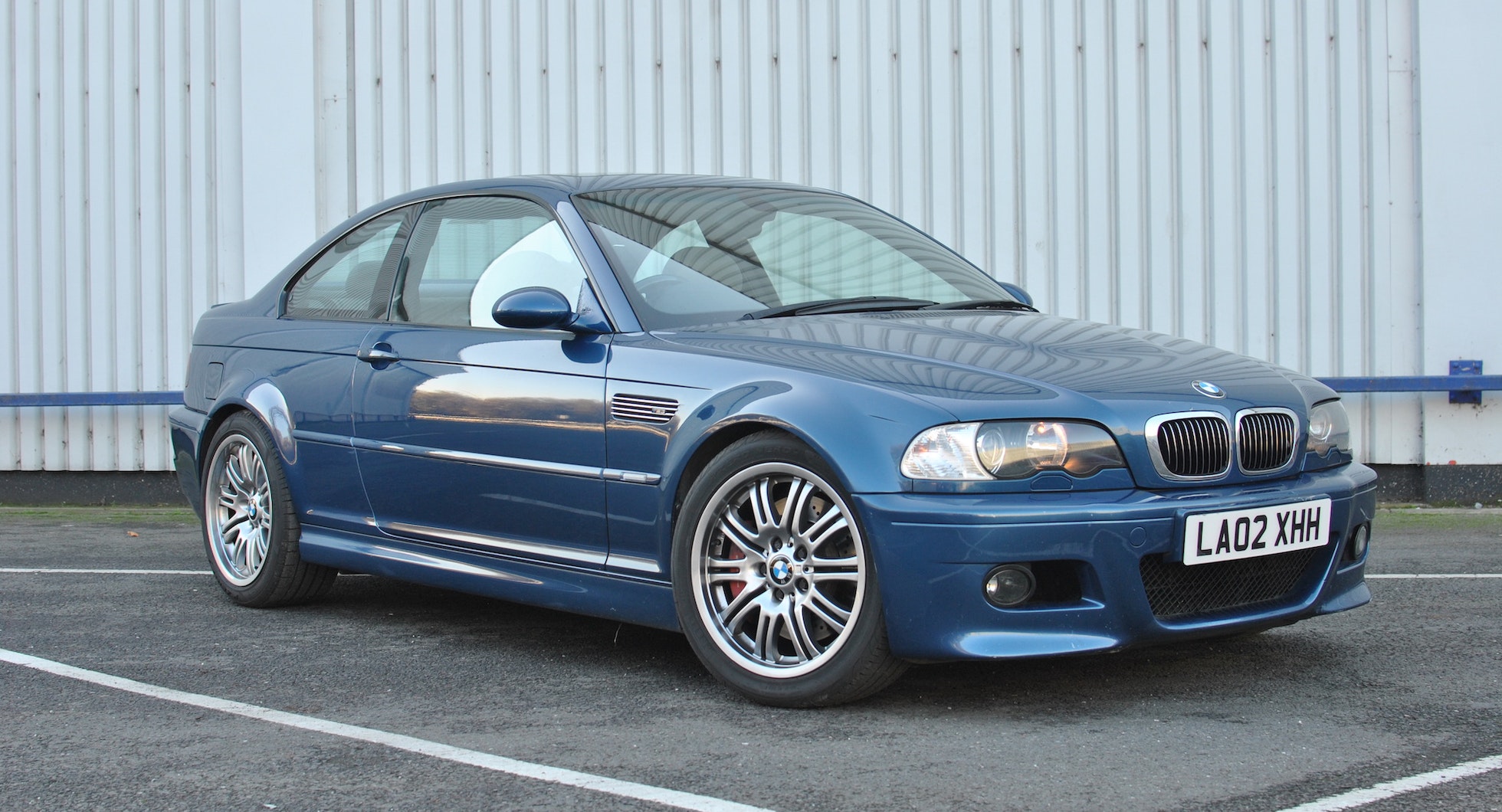 This 2002 BMW M3 (E46) is a thrilling performance coupe, which has been kept in excellent mechanical condition but would now benefit from some cosmetic refurbishment. It is powered by the 3.2-litre S54 straight-six engine producing 338bhp, and driven through the rear wheels via the six-speed manual transmission. The odometer indicates 98,169 miles from new, which is fully supported by the service and MOT history. 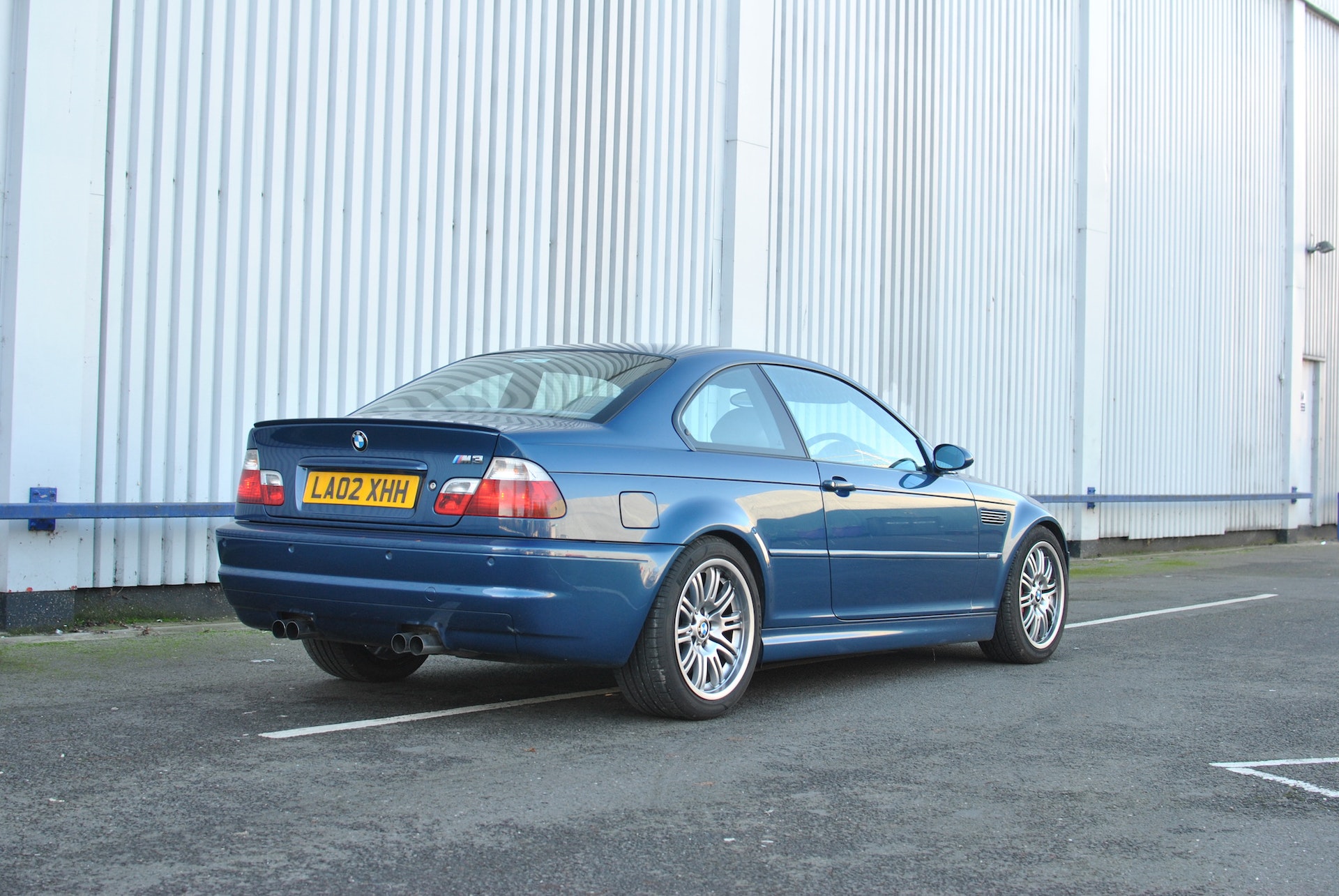 Completed at BMW’s Regensburg factory in February 2002, it was delivered new to the UK and was supplied to its first owner by New Central Garage in Cobham, Surrey (now Cooper BMW). It retains its original factory specification of striking Topaz Blue metallic paint over a grey Nappa leather interior. The only modifications are Bilstein shock absorbers with Eibach springs, and a set of M3 CSL specification brake discs with Porsche 911 calipers. It has been owned and enjoyed by the vendor for the last three years, who has covered some 12,000 miles on the road. 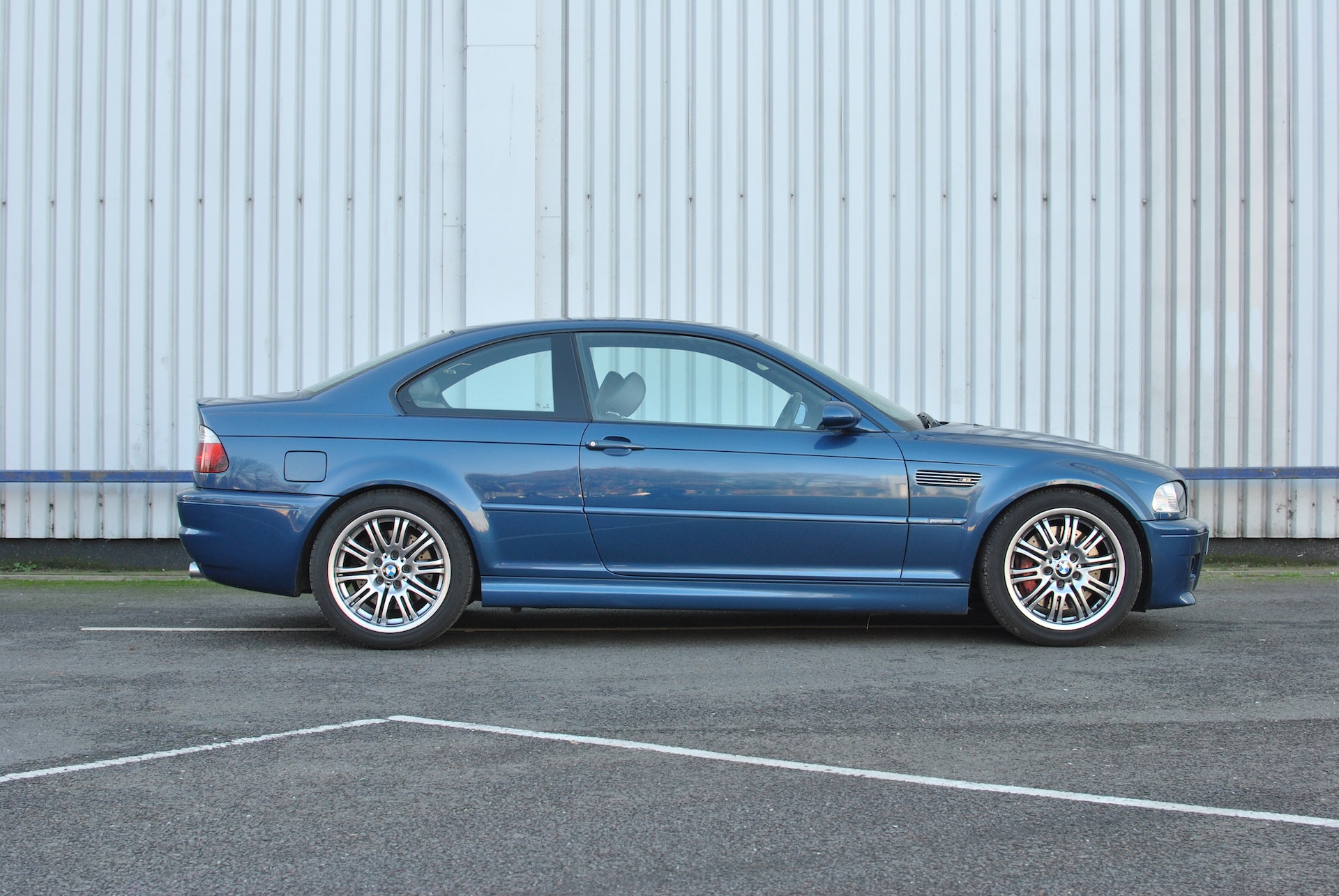 Its bodywork is in very good order, with the vendor reporting that it has none of the usual rust that is common to find on E46-era cars. The paint itself is described as being in fair condition overall, but could of course be brought up to a much higher standard in the future. There is lacquer peeling on the front bumper and bonnet, as well as a small area of chipped paint ahead of the nearside front wheel arch, which now shows some surface corrosion. 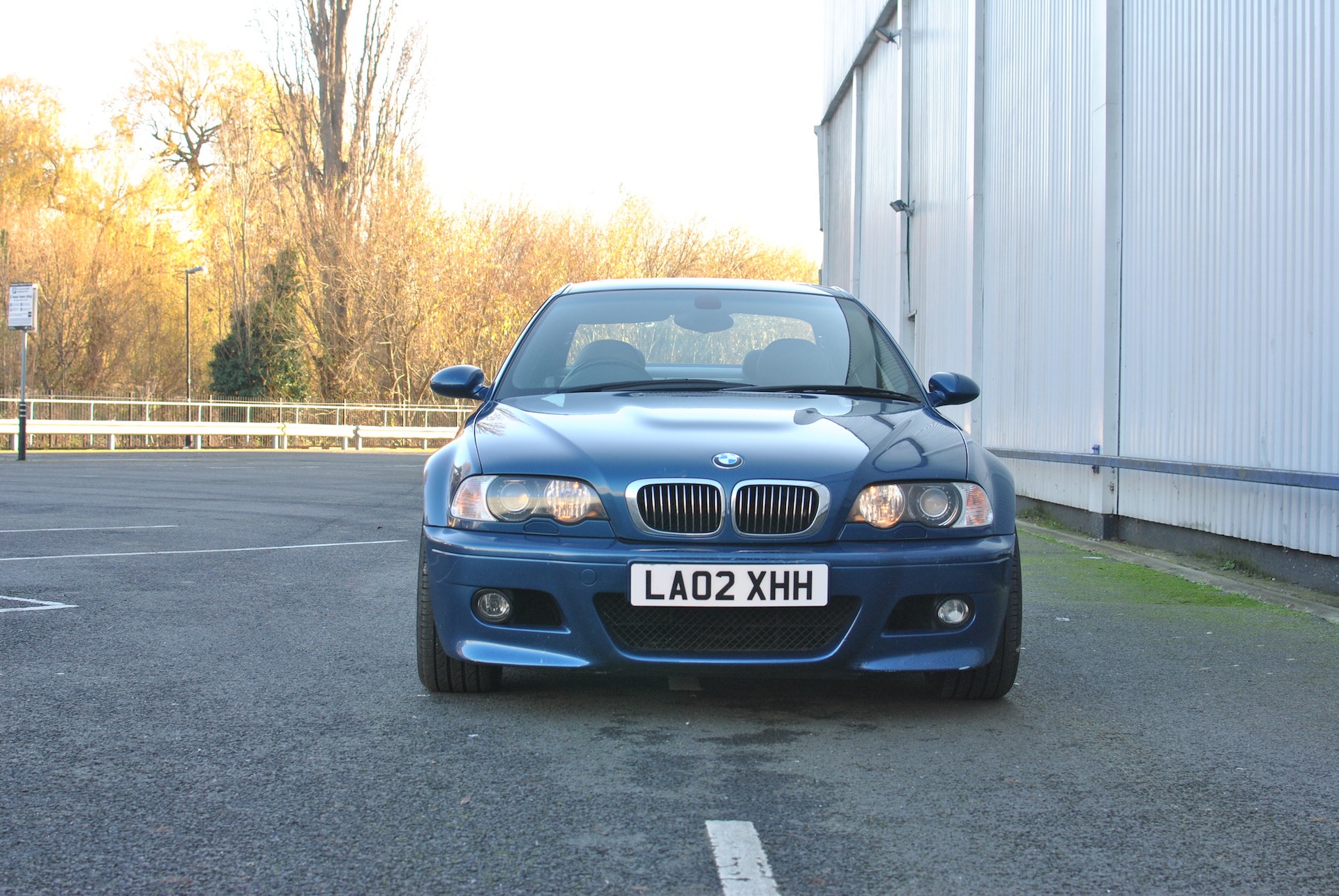 Bubbling in the paint on the wing mirror mounts is a common affliction on M3s of this age, but is inexpensive to rectify. There are also a few shallow dents and scratches in the Topaz Blue finish around the body. The roof features an electrically-operated glass sunroof panel, which is in perfect working order. It sits on a set of freshly refurbished 18-inch M Double Spoke alloy wheels, which are all pristine. 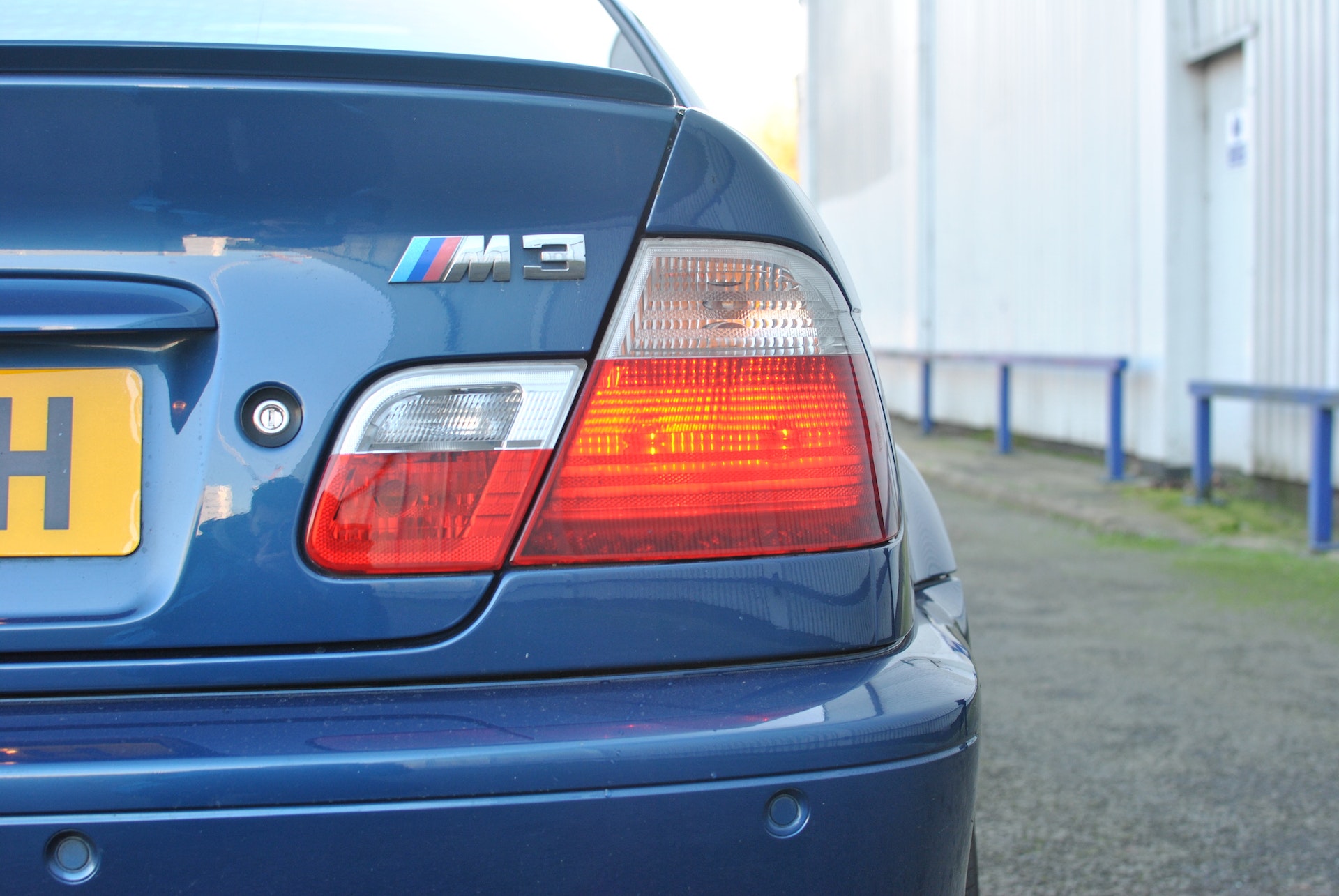 The interior is all original and is in very good condition. There is some minor wear and discolouration to the driver’s bolster, but otherwise only signs of use that you would expect given the age and mileage. Both front seats are electrically adjustable, including positioning for the lumbar support and bolster width. 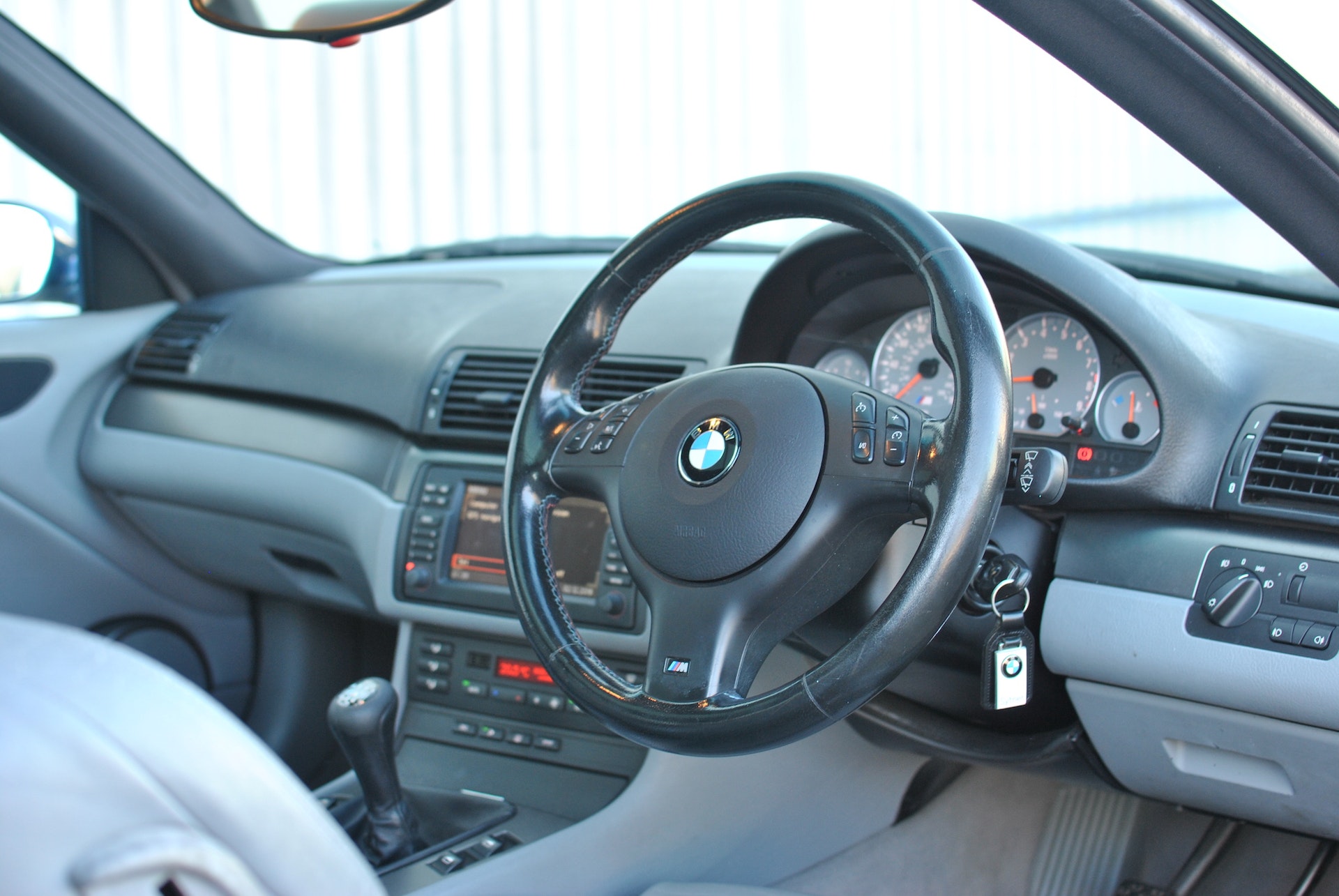 This M3 is equipped with the BMW Professional media system with satellite navigation, as well as climate control, cruise control, rear parking sensors and the multi-function M Sport steering wheel with tri-colour stitching. The anthracite headlining remains in good order. The vendor reports that the nearside electric window has an intermittent failure to drop when the door is opened, but this does not foul any metal, only brushing the rubber seal. All of the other switchgear and electrics work as they should. 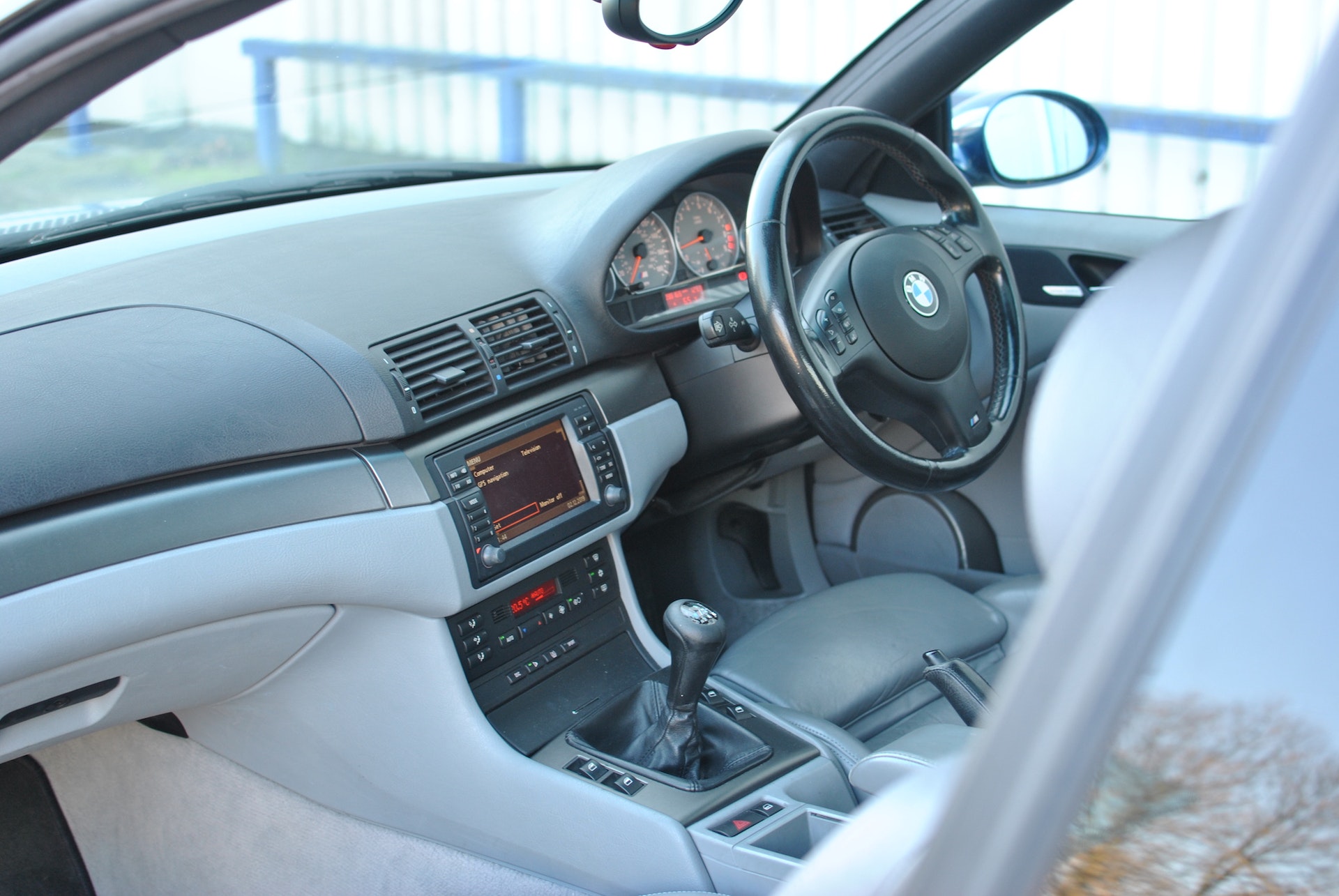 It has been well maintained throughout its life, and there are 13 stamps in the original maintenance record book. The most recent service was carried out by the vendor in September 2019, with a full Inspection II job list that included engine oil, oil filter and air filter renewal, replacement of the brake fluid, and adjustment of the valve clearances. 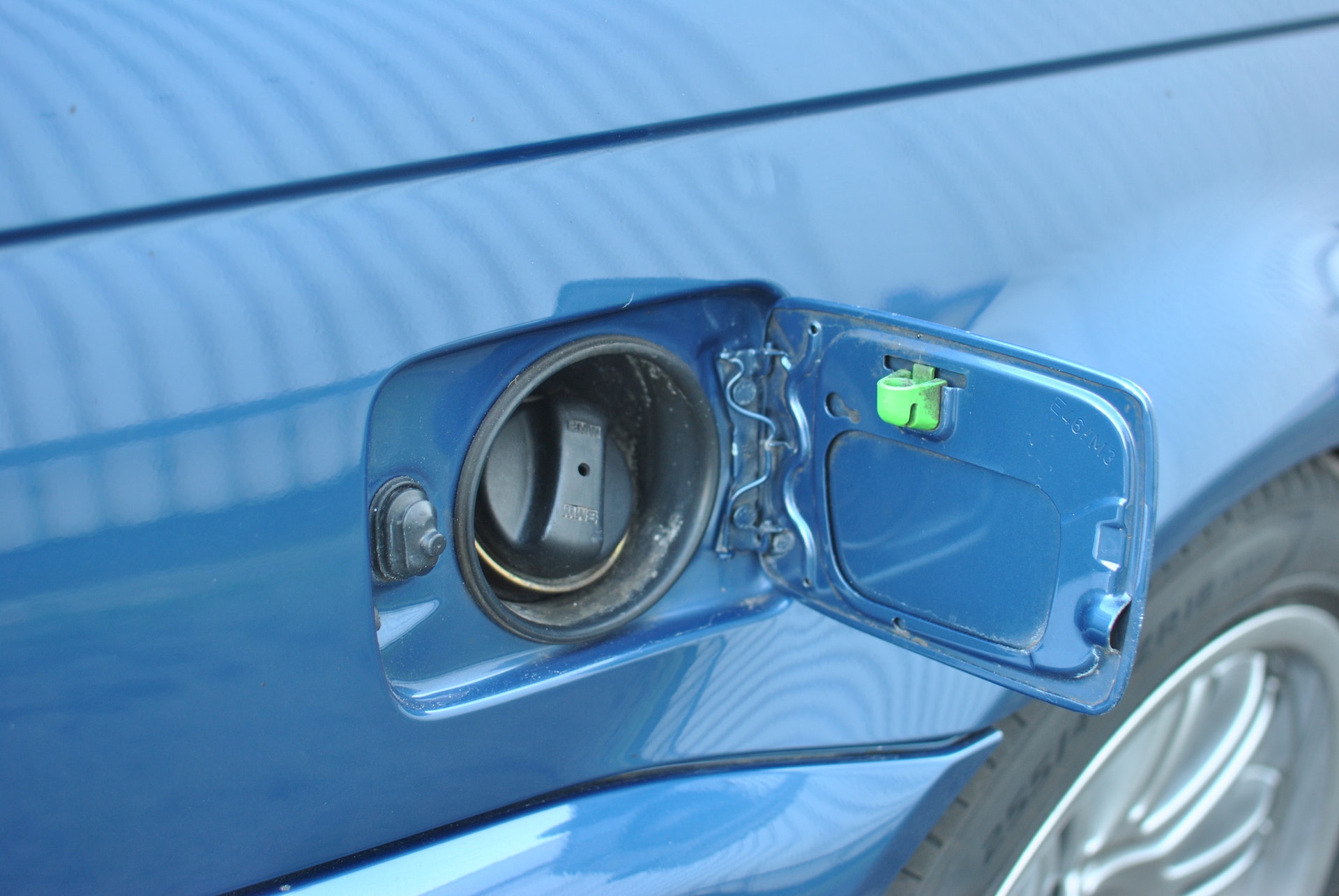 During the prior service, new accessory drive belts and tensioners were also fitted, and the transmission was fully refurbished. This comprised a new clutch and flywheel, replacement of the gearbox linkages and propshaft giubo coupling, centre bearing and bolts, as well as fresh gearbox oil. Within the last three years, the vendor has also installed the modifications mentioned earlier, comprising new shock absorbers and springs, replacement brake discs and pads all round, and a new pair of calipers at the front. The vendor will also include the original BMW calipers should the next owner wish to reverse the Porsche upgrade. 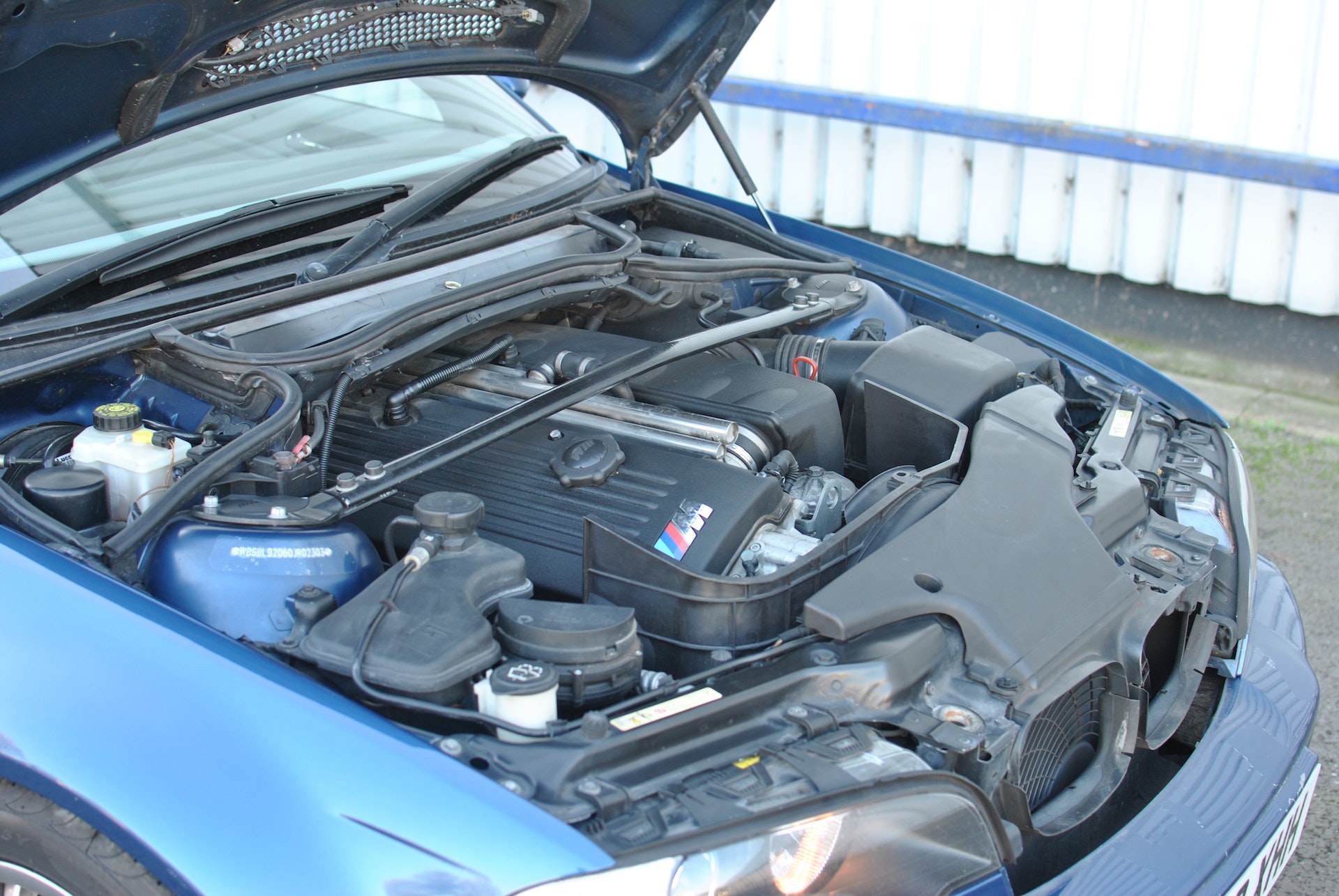 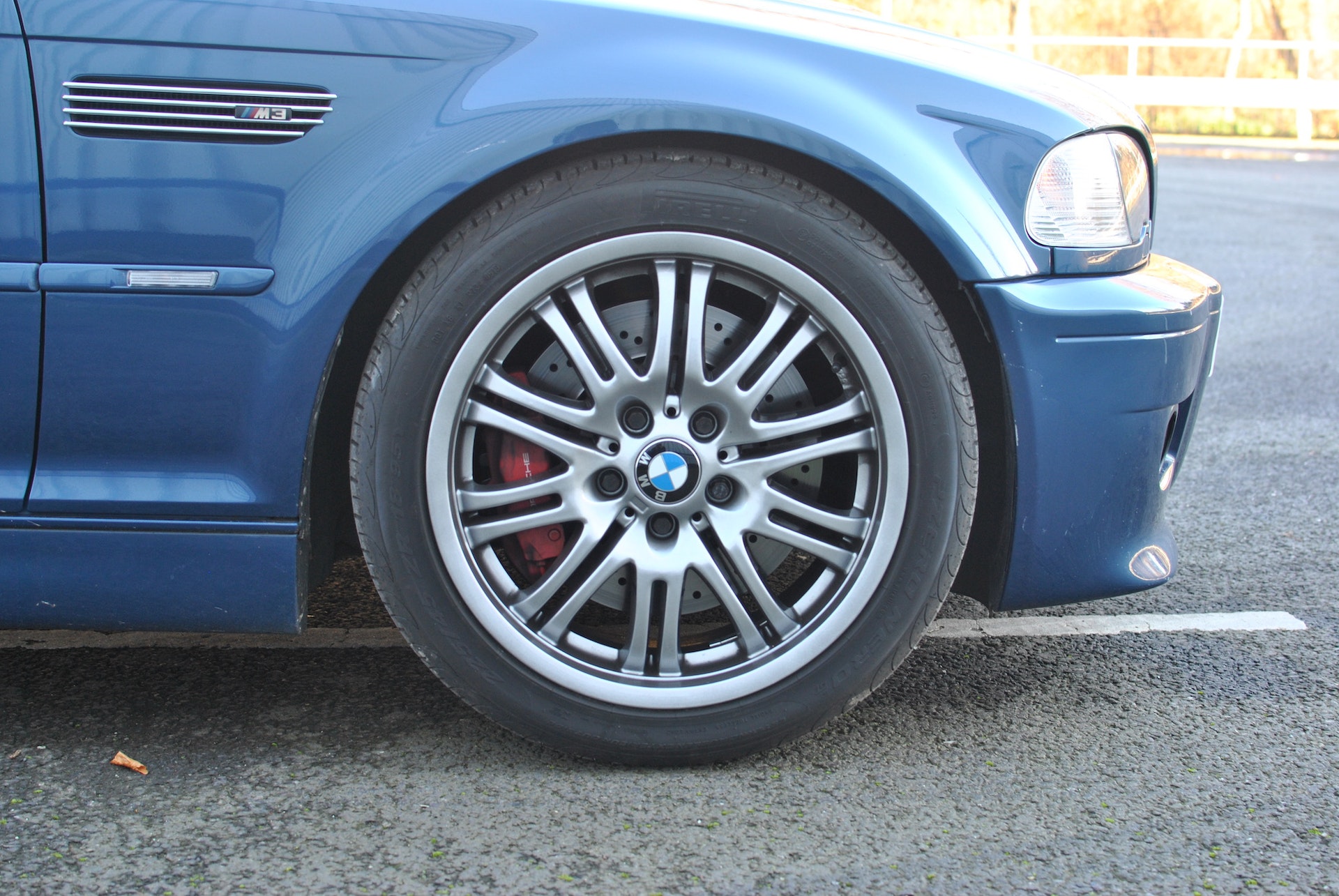 Accompanying the car is the owner’s handbook, the original maintenance record - which includes the running-in service stamp at 1,401 miles - and a raft of old invoices and receipts from other service work. 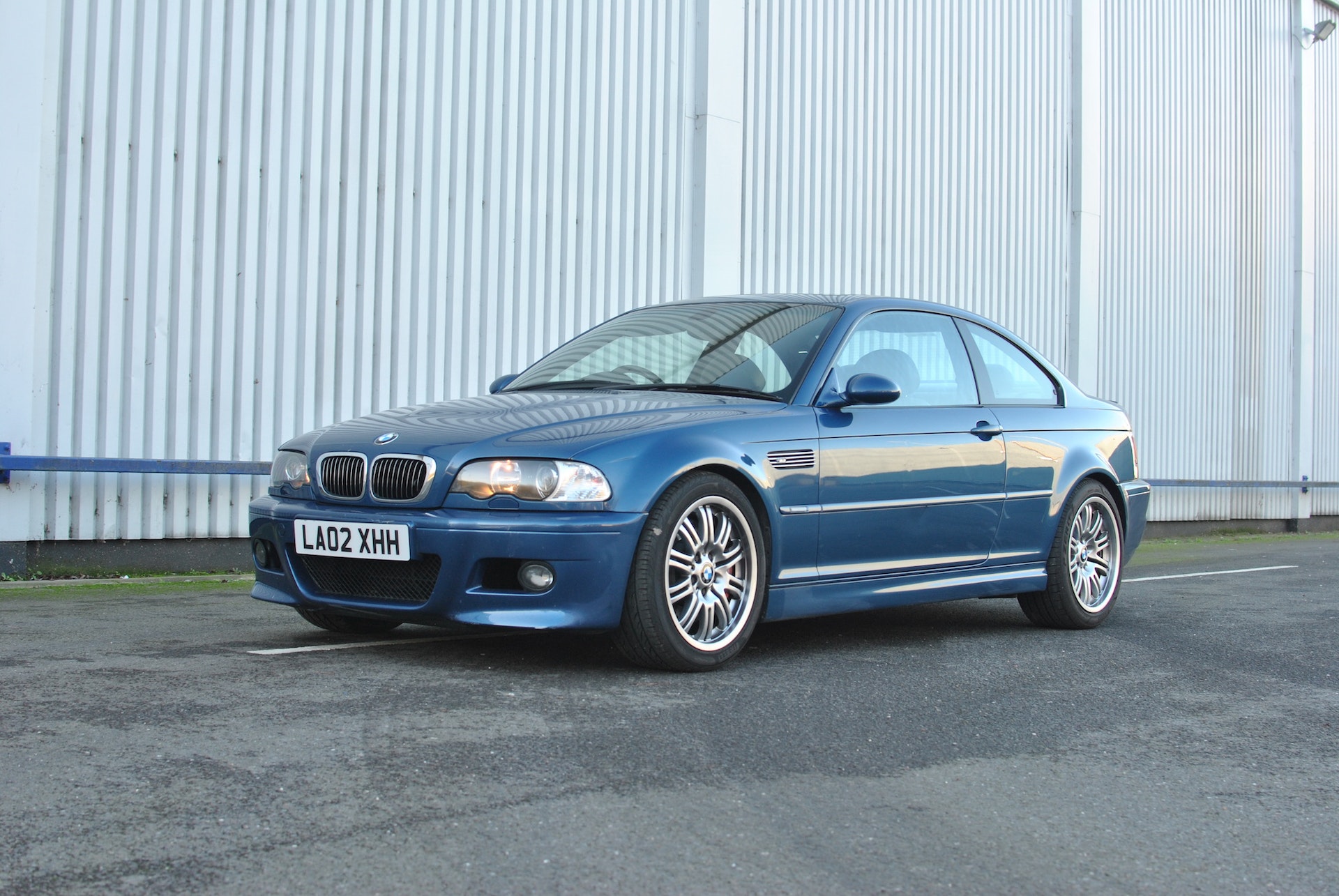 The E46-model BMW M3 is one of the defining 'everyman' performance cars of the 2000s. It is indisputably a modern classic, especially in six-speed manual guise. This particular car is a mechanically superb example, which runs and drives very smartly, and benefits from subtle upgrades to the suspension and brakes. While it will require some cosmetic attention in due course, it can be used immediately as a rewarding daily driver, or simply as a fun weekend car.