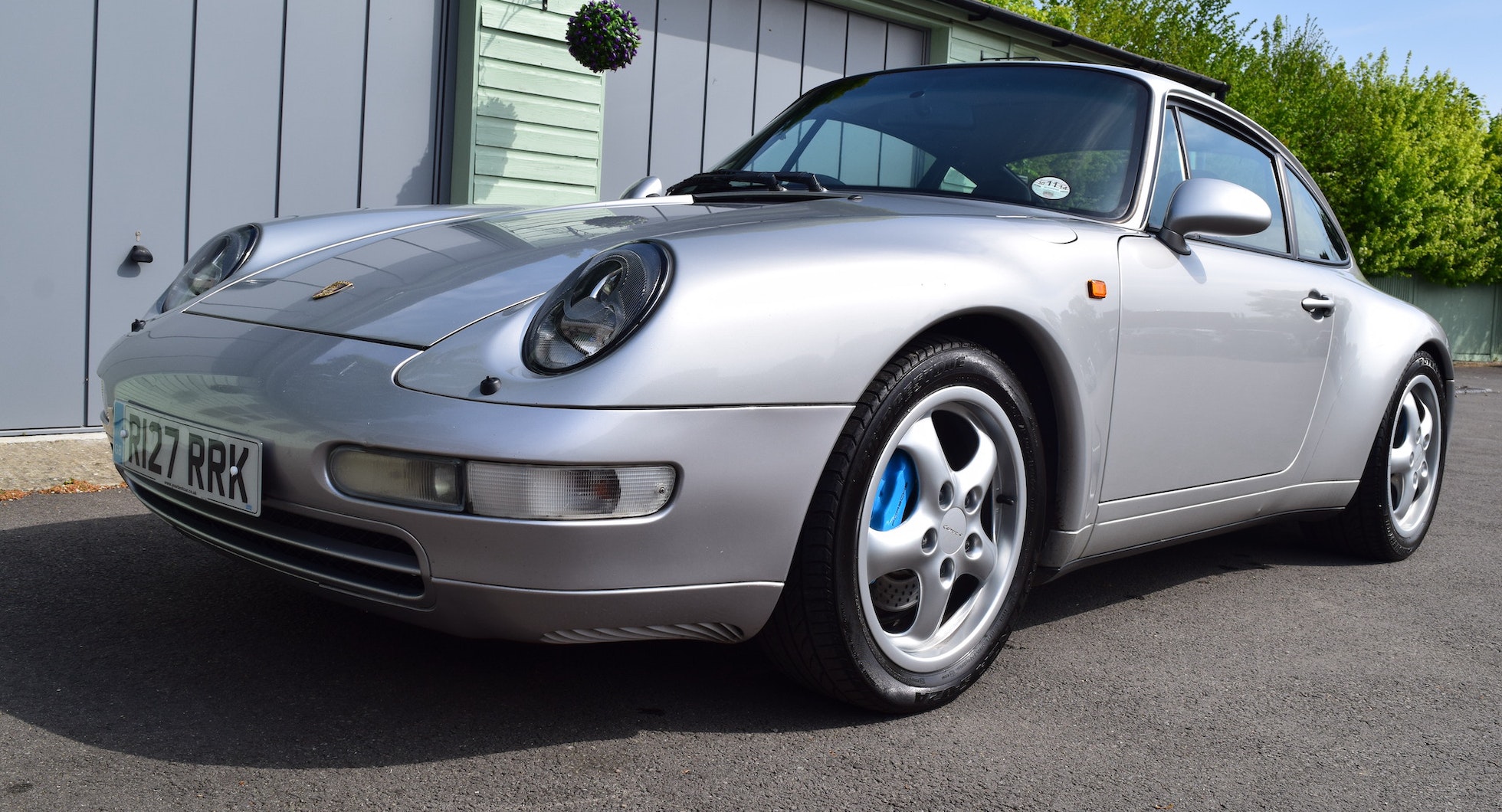 Specified in a timeless colour combination and benefitting from much expenditure in recent years, this 1997 Porsche 911 (993) Carrera 4 represents an exceptionally usable modern classic 911. The last of the air-cooled models, it is powered by a 282bhp 3.6-litre flat-six engine, with four-wheel drive via the desirable six-speed manual transmission. 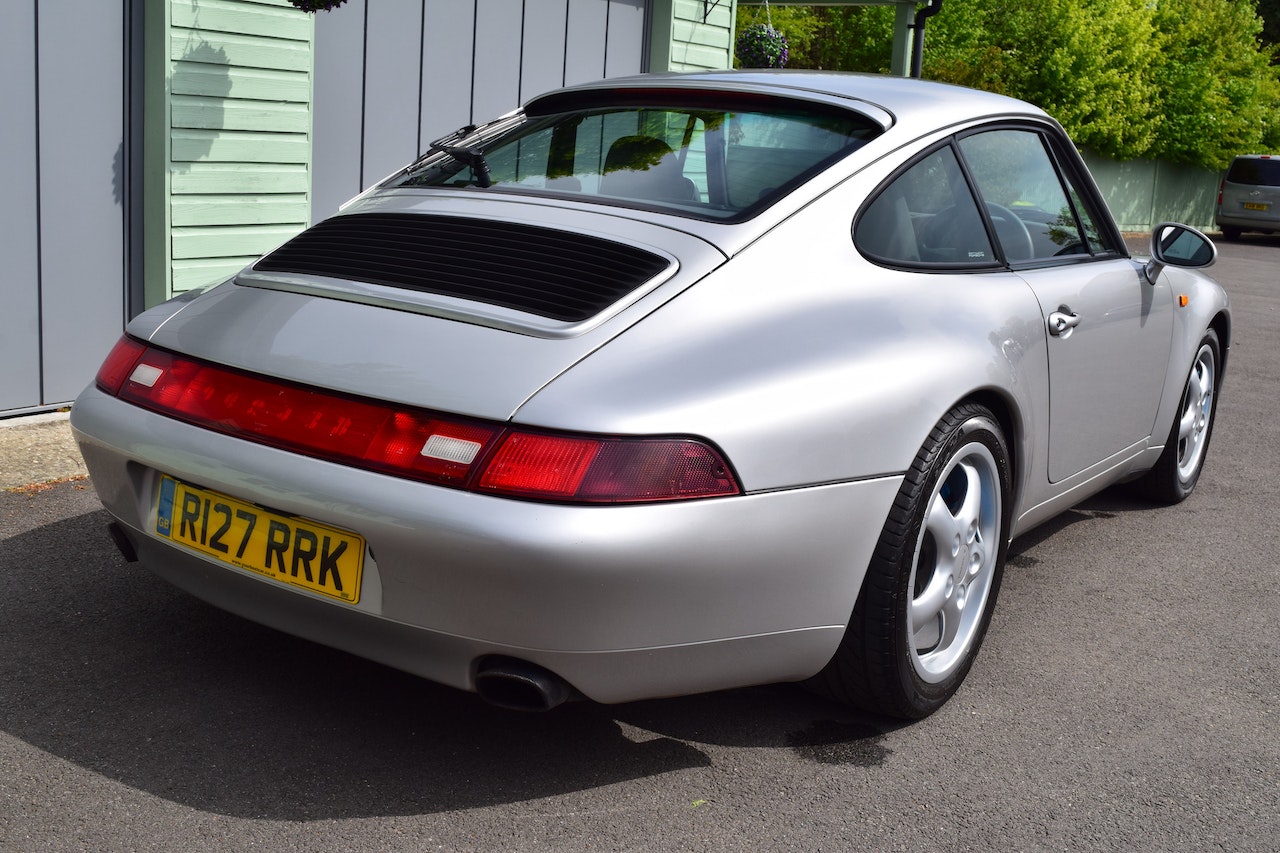 As a late model 993, with production stopping just one year later, this example benefits from a key update over earlier cars: the VarioRam induction system. Originally introduced on the Carrera RS, this technology boosts power and torque in the mid-range in particular. Though the odometer of this Artic Silver car reads 181,150 miles, the original engine was in fact completely rebuilt six years ago. As a result of this, and the car’s comprehensive service history detailed below, this 993 Carrera 4 is mechanically on-the-button. 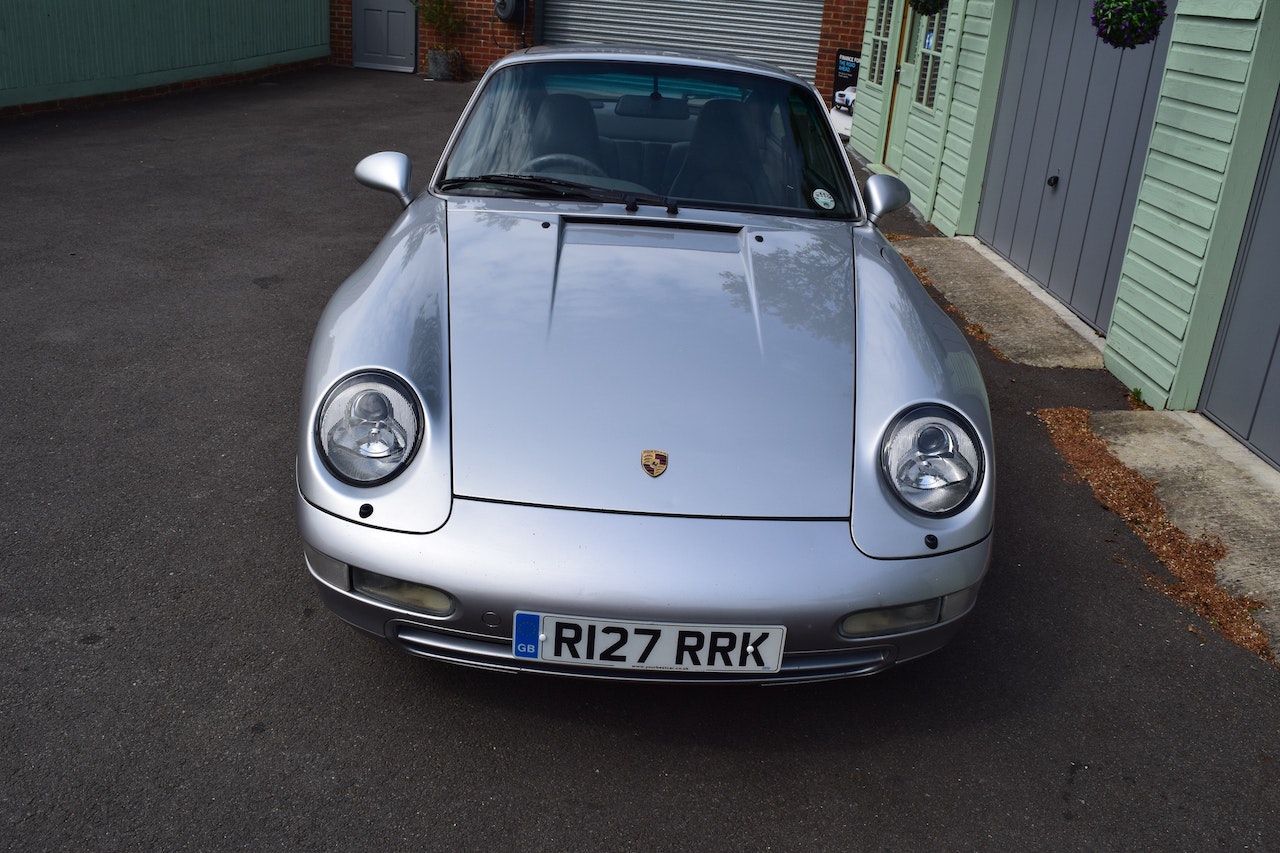 First registered on 13 November 1997, the clear HPI report shows just three previous registered keepers from new. In fact, this represents just two former owners, as it was originally a company car that transferred to a director’s own name. The first owner’s original order paperwork is shown in the gallery below, listing all of the factory options fitted when new. The seller acquired the car eight years ago and has since covered some 19,000 miles behind the wheel. 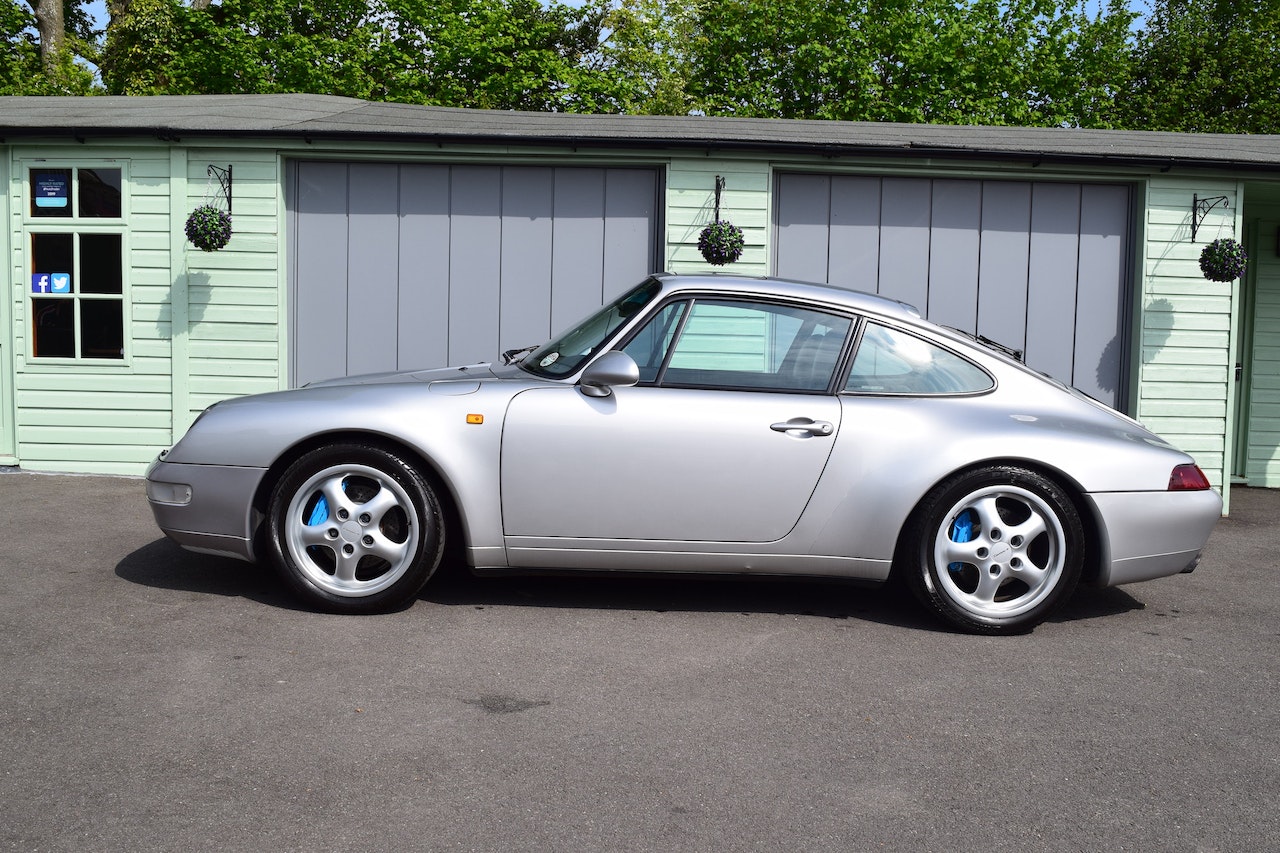 The bodywork is in good order, with sound shut lines and panel gaps. The seller states that the Artic Silver paint appears to be original, so does have stone chips and small dents to the front end and other minor scuffs and blemishes around the body. While the paint would benefit from a fresh, the light lenses are all in good condition, and the door rubbers and window seals present very well. The car was also specified from the factory with the optional sunroof, which works perfectly. It rides on five-spoke ‘Cup 2’ alloy wheels, which are in great condition. The brake calipers have been repainted in Porsche Riviera Blue with black script to add a pop of colour. 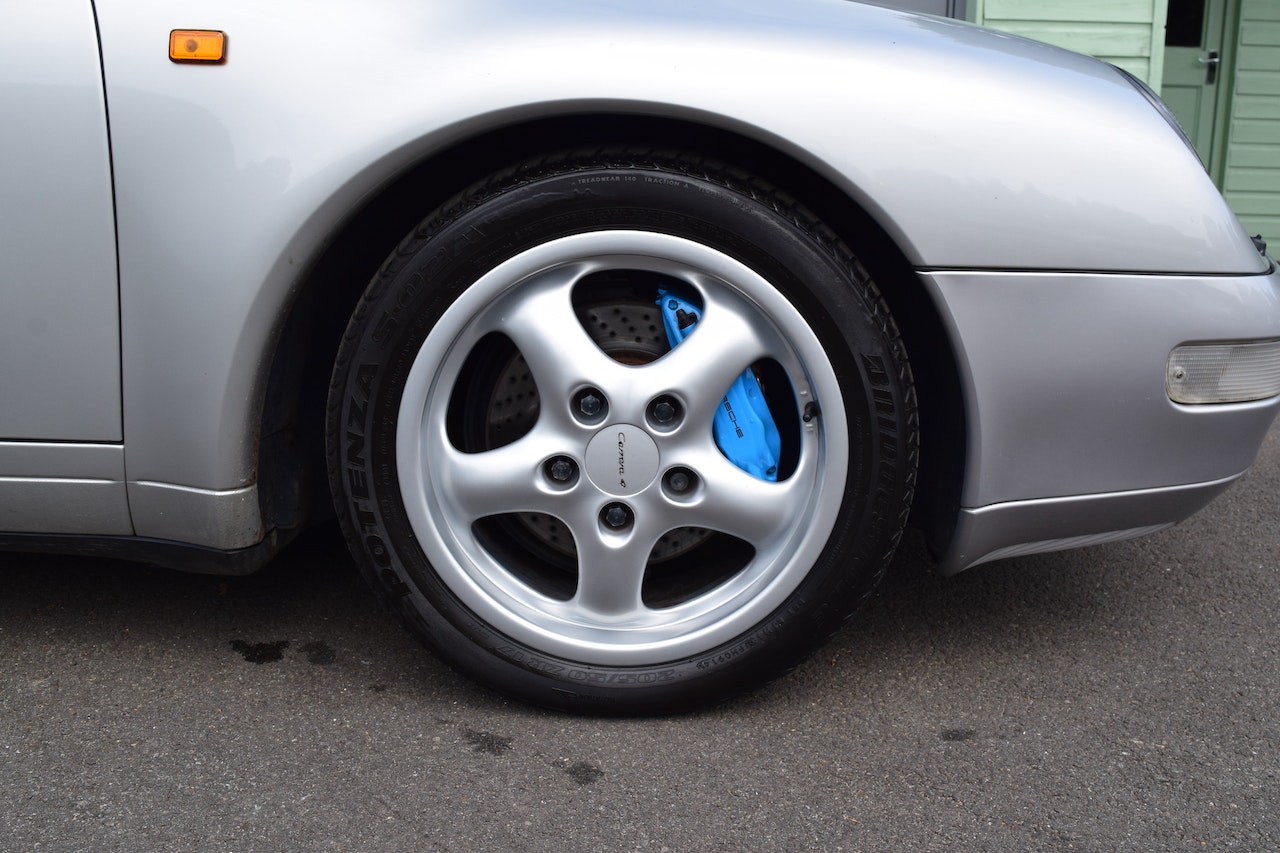 Moving inside, the Classic Grey full leather interior is in very good order for its age and mileage, showing only modest wear. The rear seats appear to have been barely used. There is light grey carpeting throughout that still looks great, and the headlining is also in good condition, though there is one hole near the clutch pedal on the driver’s side floor mat. The dashboard is in excellent condition, the switchgear all works as it should, and there are no faults with any of the instrument dials. It has been fitted with a Sony stereo head unit and CD player in the original aperture. 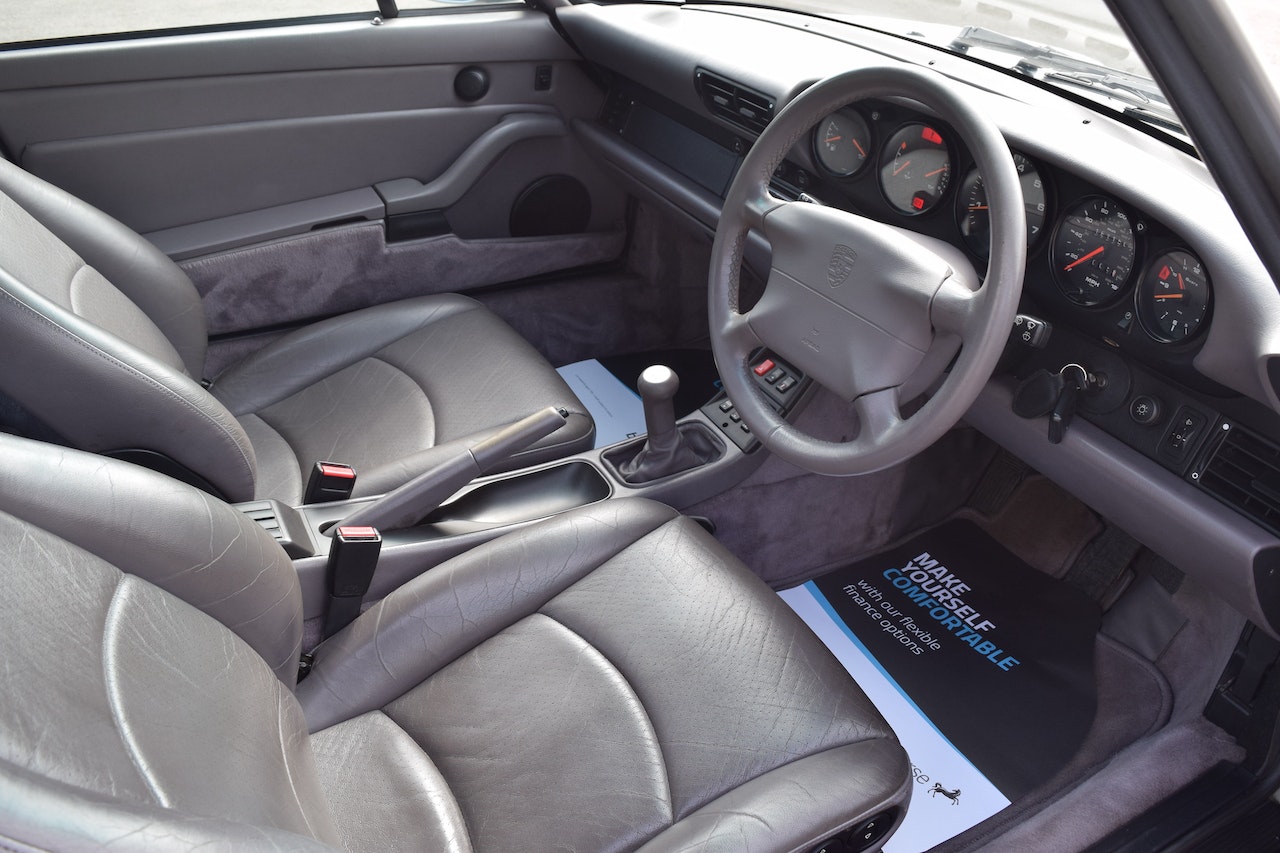 This car has been very well cared-for mechanically, with a comprehensive Porsche main dealer and marque specialist service history. Most significantly, it was treated to an extensive mechanical restoration between mid-2013 and early 2014 at 165,498 miles, carried out by Project Nine Engineering in Kent. This included a full engine rebuild, brake system overhaul, and slightly lowered Bilstein coil springs and shock absorbers, with a total expenditure of around £17,000. 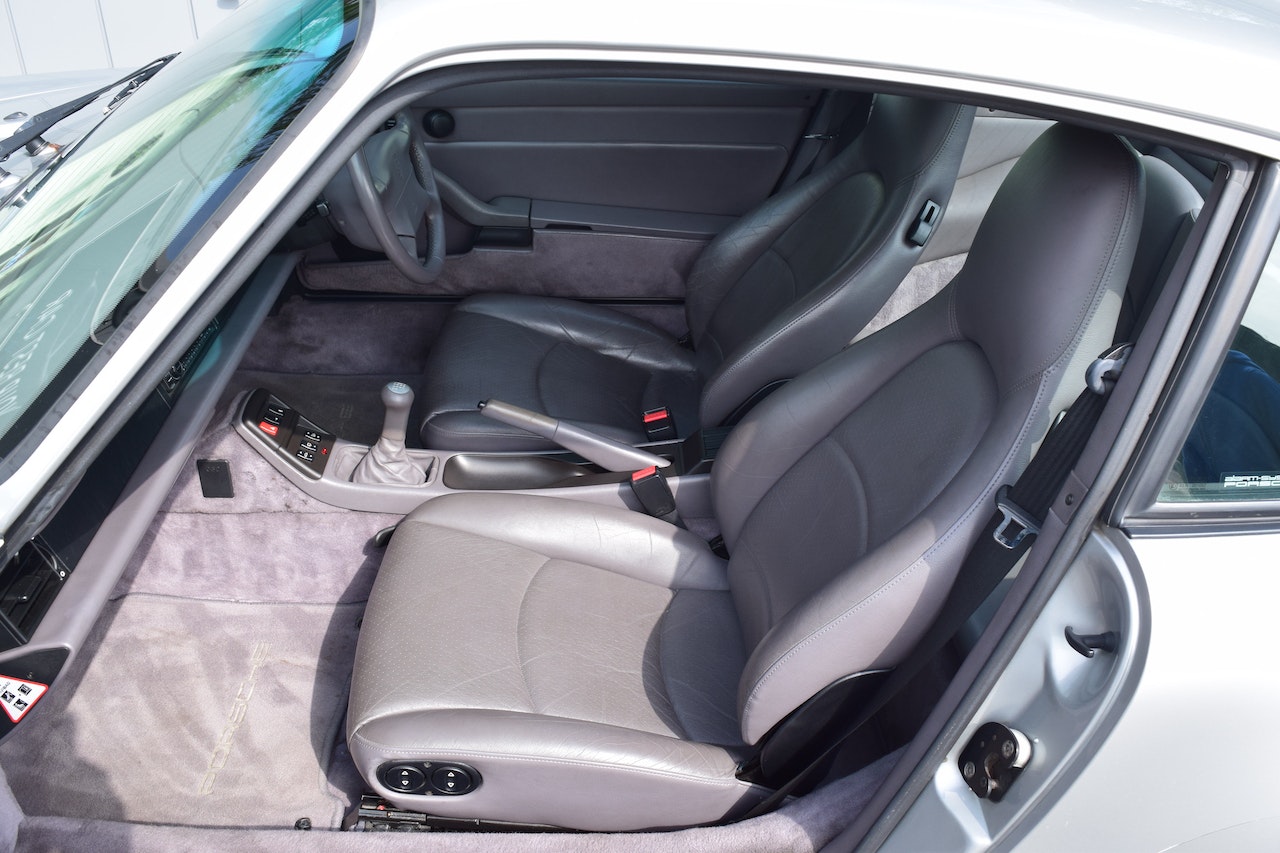 It has been back to Project Nine every two years since then for regular maintenance, with the most recent being in January 2020 at 180,934 miles. This consisted of a full service, as well as renewal of some engine gaskets. The history file shows that the exhaust system was replaced in 2011 at approximately 162,000 miles. 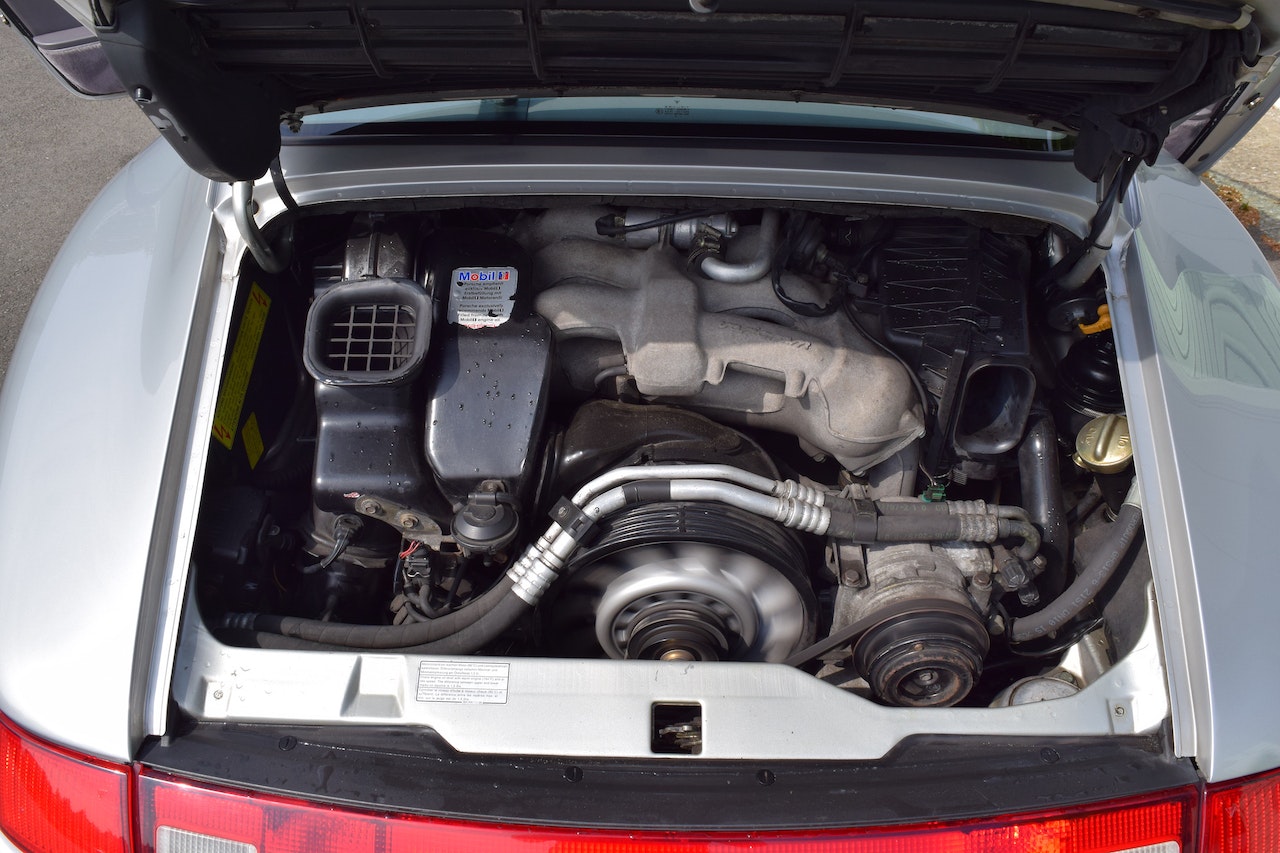 The most recent MOT test was on 23 January 2020 at 180,934 miles, which resulted in a first-time pass with no advisories whatsoever. The wheels are fitted with Porsche N-rated Bridgestone tyres, with around 5mm of tread remaining at the front and 4mm at the rear. 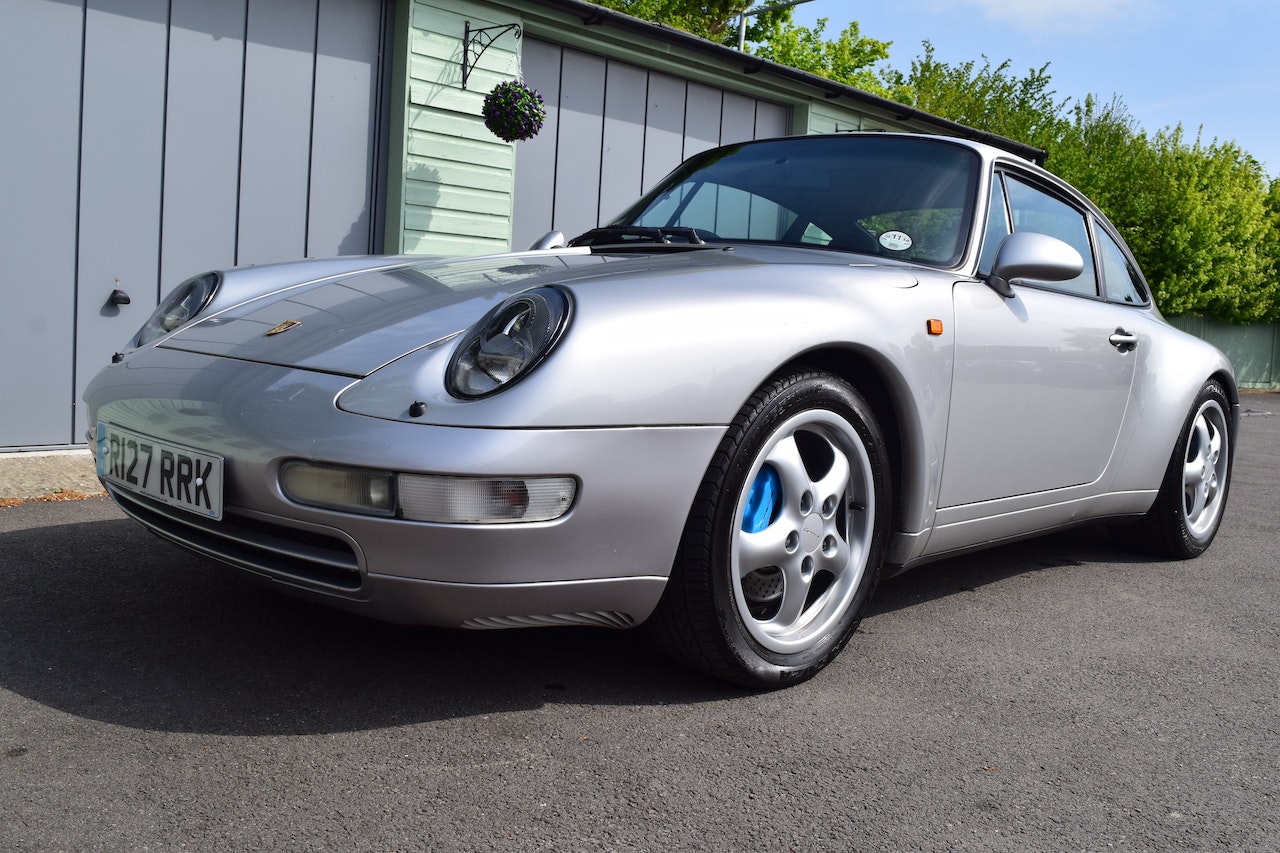 A superb all-weather performance car, this 993 Carrera 4 is a hugely capable and involving 911. It is undoubtedly a modern classic, and with its comprehensive service history and cherished ownership, represents a great opportunity to buy a stylish Porsche that you can actually go out and enjoy all year round.