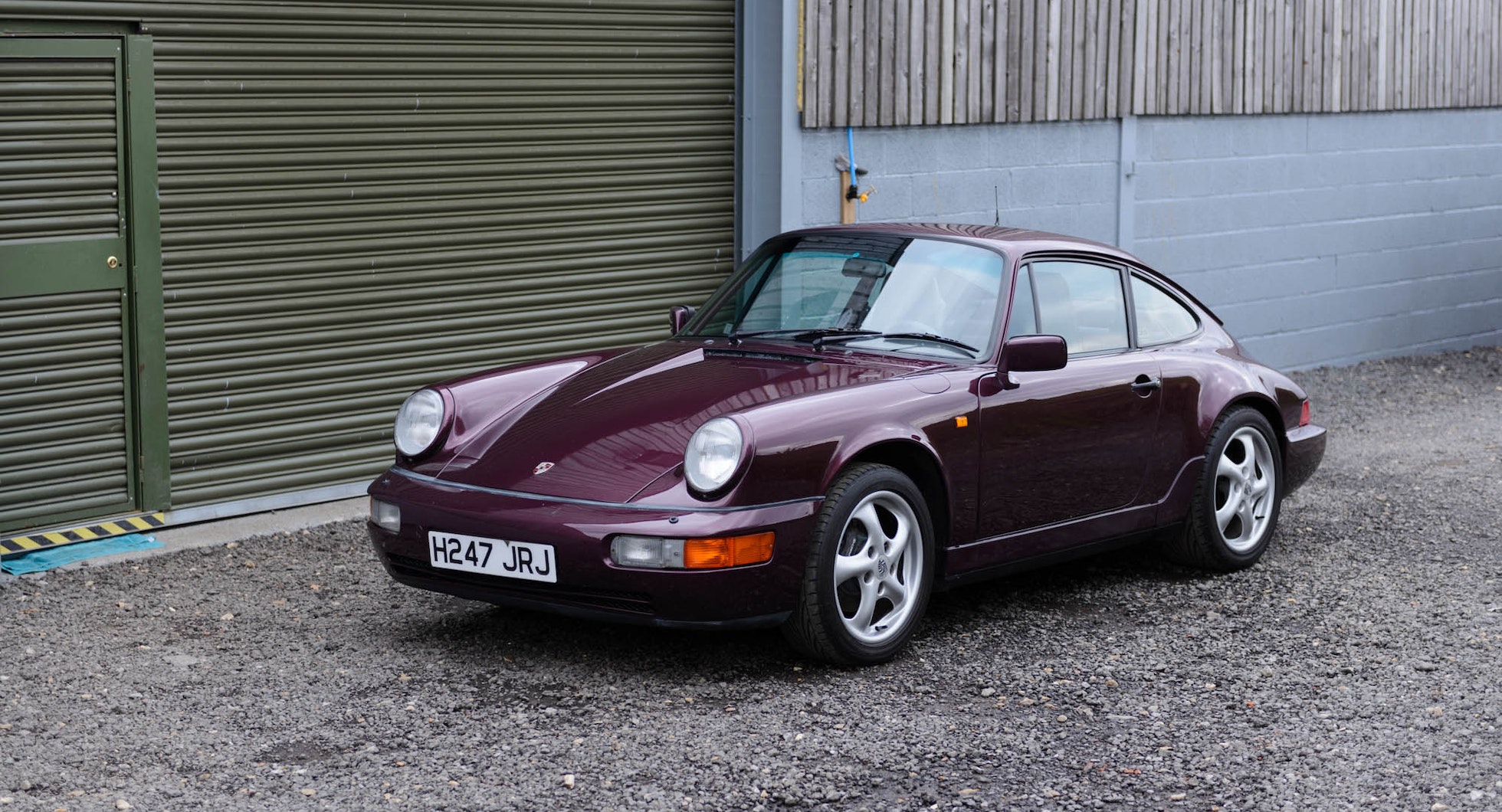 This 1991 Porsche 911 (964) Carrera 2 is a well-loved sports car, which could be mechanically sorted as a stock modern classic, or used as the basis of an exciting outlaw or bespoke project. The car’s rear-wheel drive layout with the 3.6-litre flat-six engine and five-speed manual transmission will always be a sought-after combination. It is presented in its original and striking colour combination, and has 179,180 km (111,337 miles) from new. 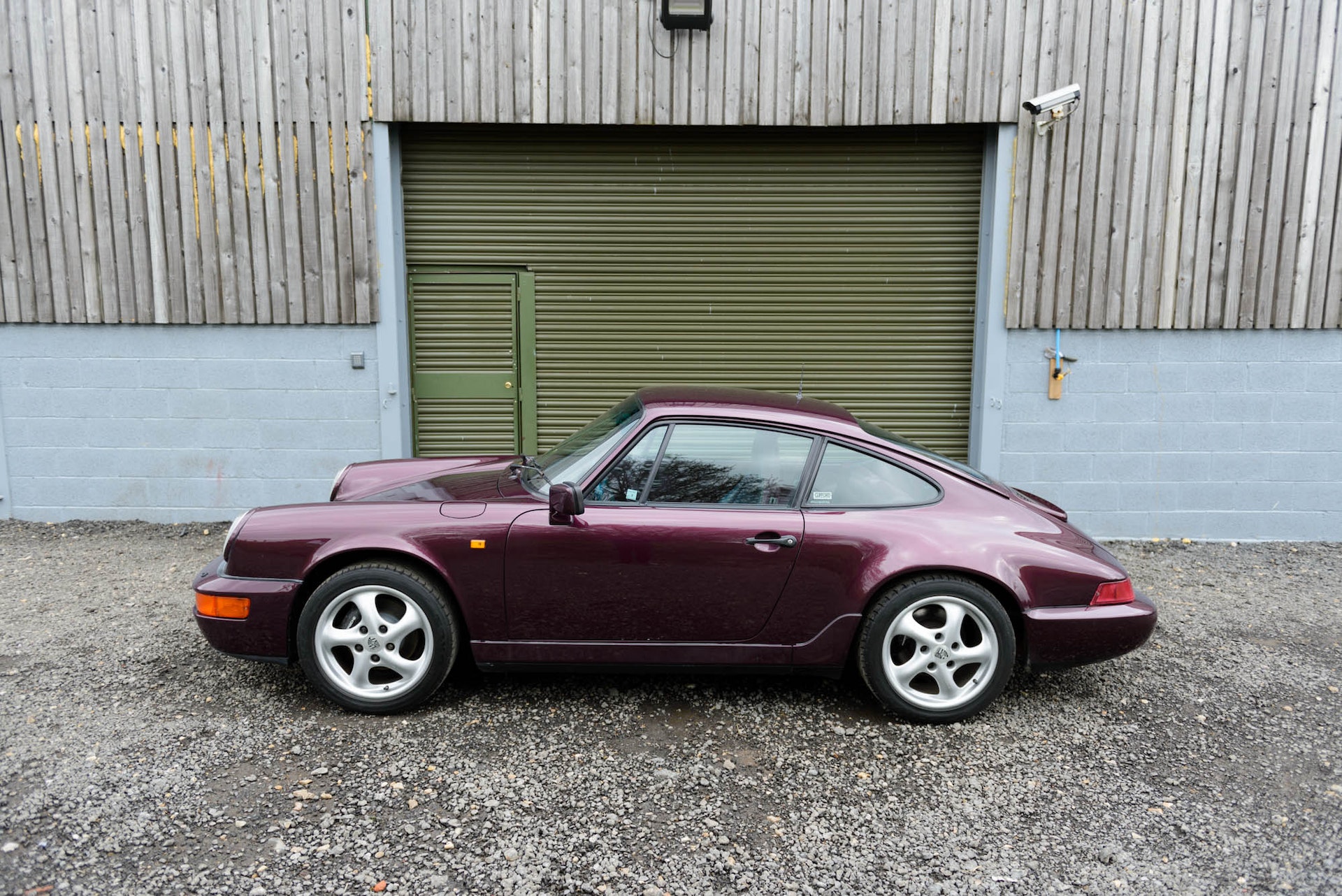 Originally delivered to Germany, as confirmed by the C00 code on the data sticker, this 1991 model year car spent six years on the continent before being exported to the UK where it was subsequently registered in December 1997. It is believed to have had approximately 80,000 km from new when it arrived. By April 2007 that mileage had doubled, and it was then acquired by its fourth UK keeper. He added around 10,000 km to the odometer over the next decade, before the fifth keeper - who is the vendor - purchased the car in 2018. 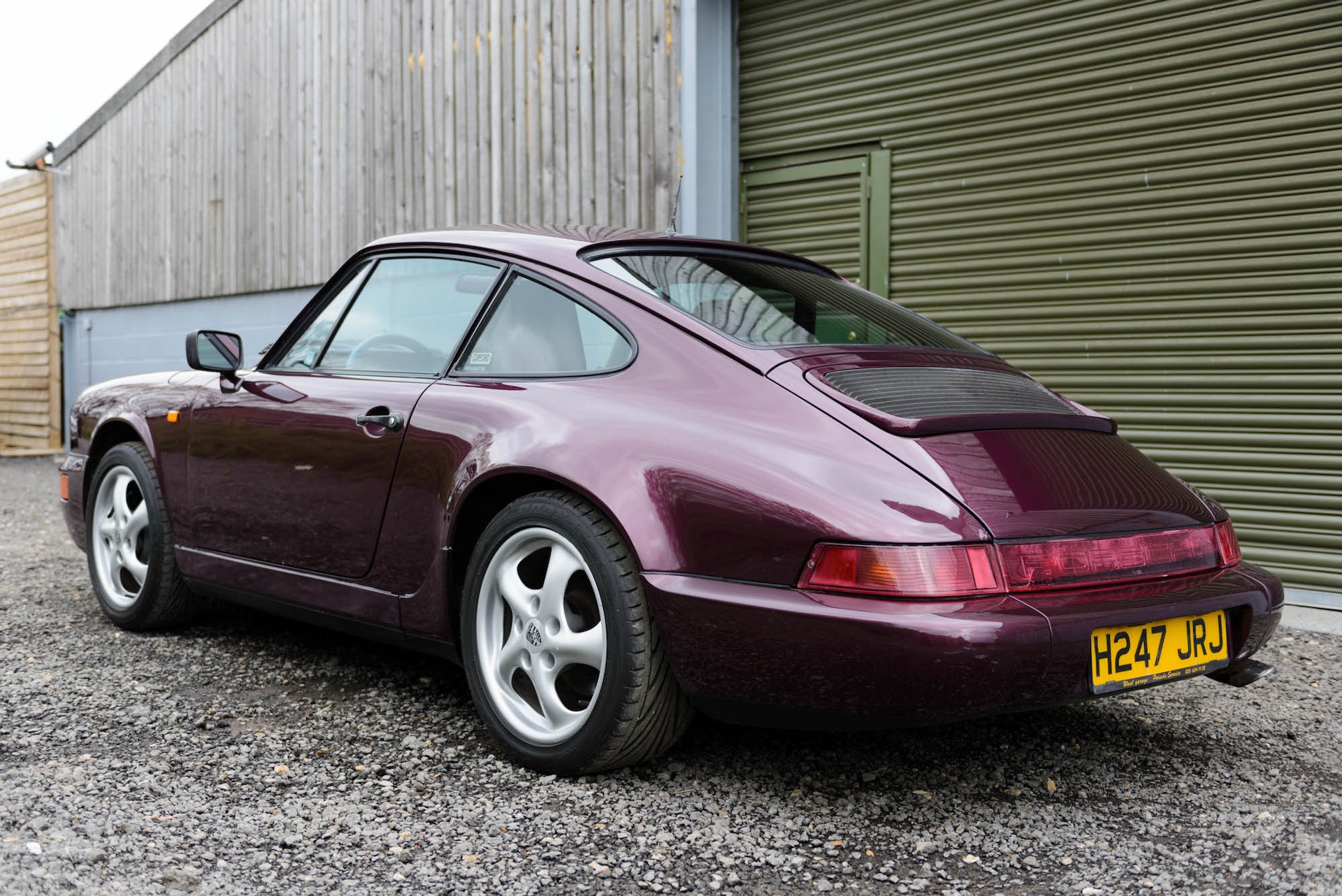 The car is finished in vibrant Amethyst Metallic (code L38A) paintwork. While there is some bubbling around the door edges and window seals, as well as the scuttle panel, the panels are in generally good condition. The door jambs are also largely unspoilt, save for some minor paint bubbling. Several small chips and scuffs are highlighted in the photo gallery, and there is also a crack in the rear reflector. The car sits on 17-inch Porsche ‘Twist’ alloy wheels with black brake calipers. 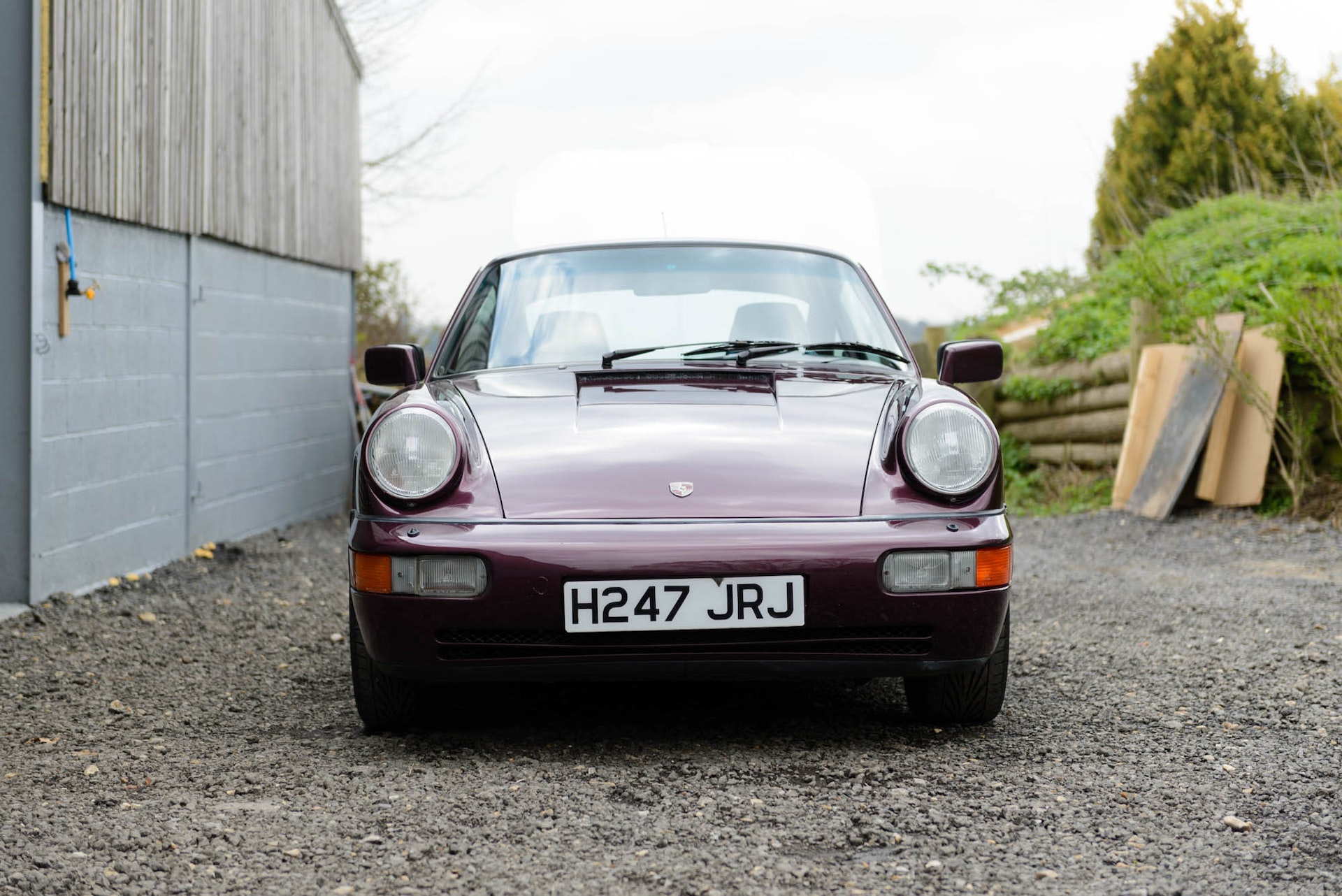 In the cabin there is Magenta leather trim throughout, with blue panels for the seat backs and base cushions. The bespoke blue finish also applies to the steering wheel rim and spokes. Codes on the car’s data sticker show that the factory options included heated seats for the driver (code 139) and passenger (340), as well as air-conditioning with front and rear condensers (559). 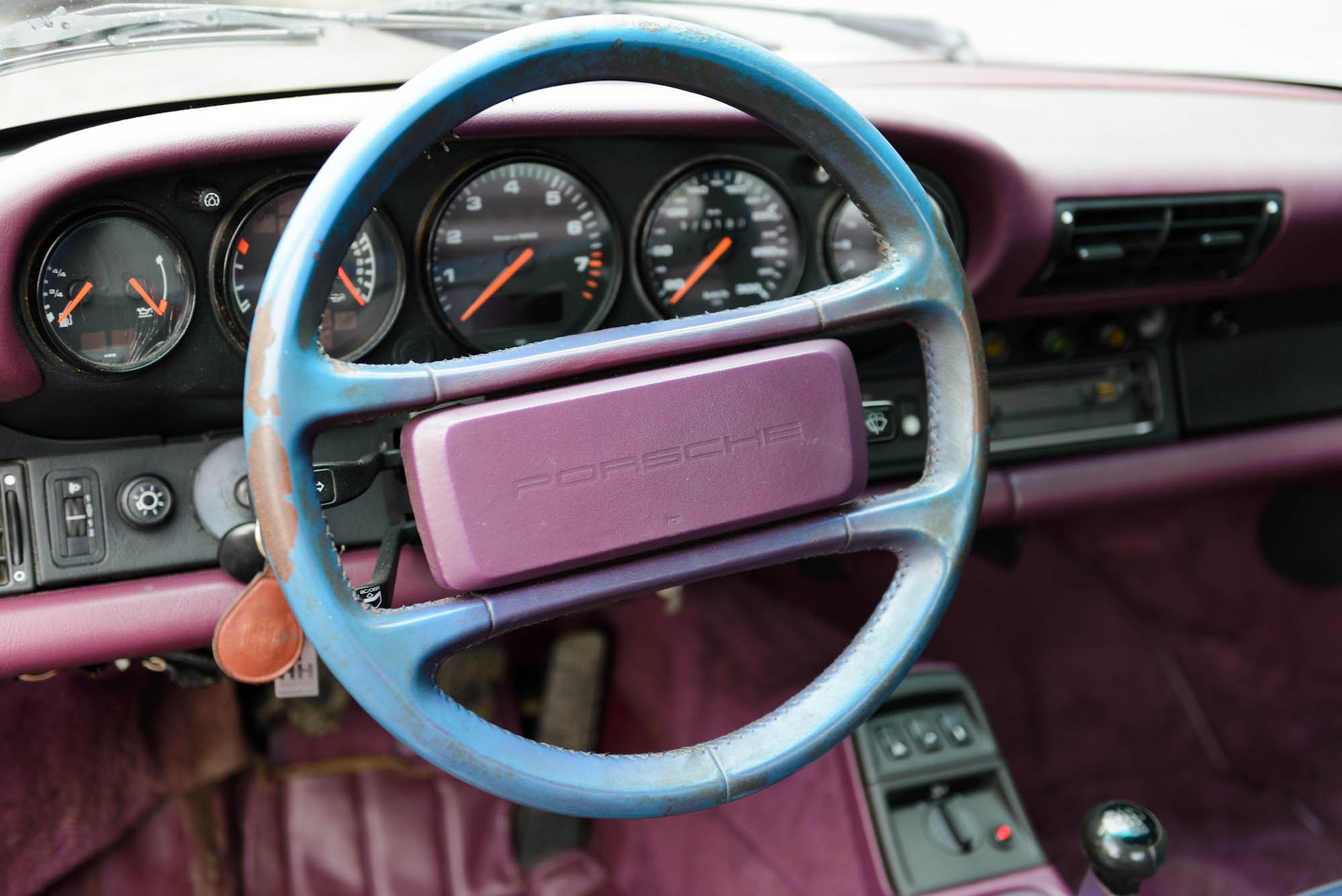 Codes 09981 and 09991 confirm features from the ‘Exclusive’ programme and a transfer to the ‘Werk 1’ personalisation area at the factory - and almost certainly refer to the bespoke two-tone leather interior. The seats and steering wheel show age- and mileage-related wear, and the outer bolster of the driver seat also has two small tears. 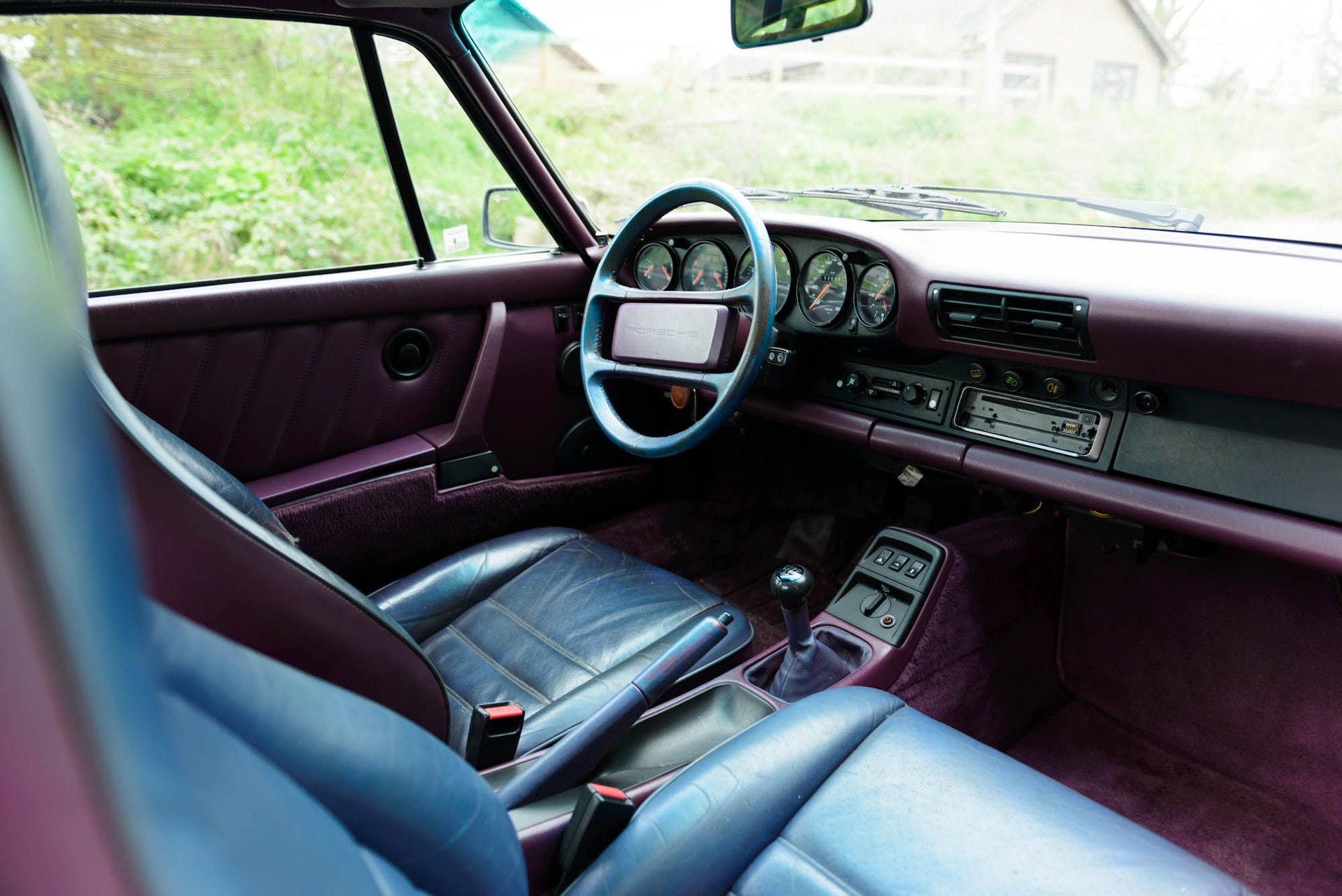 The vendor reports that this car does need some mechanical attention before being put back on the road. Around 8,000 km (5,000 miles) ago, the ignition switch, fuel pump and heater motor were replaced, and an air hose to the cabin was also renewed. Its last MOT test in June 2018 was a clean pass with no advisories, and the car has only travelled 40 km (25 miles) since. All four wheels wear Toyo Proxes T1R tyres, with size 205/50 ZR17 at the front and 255/40 ZR17 at the rear. 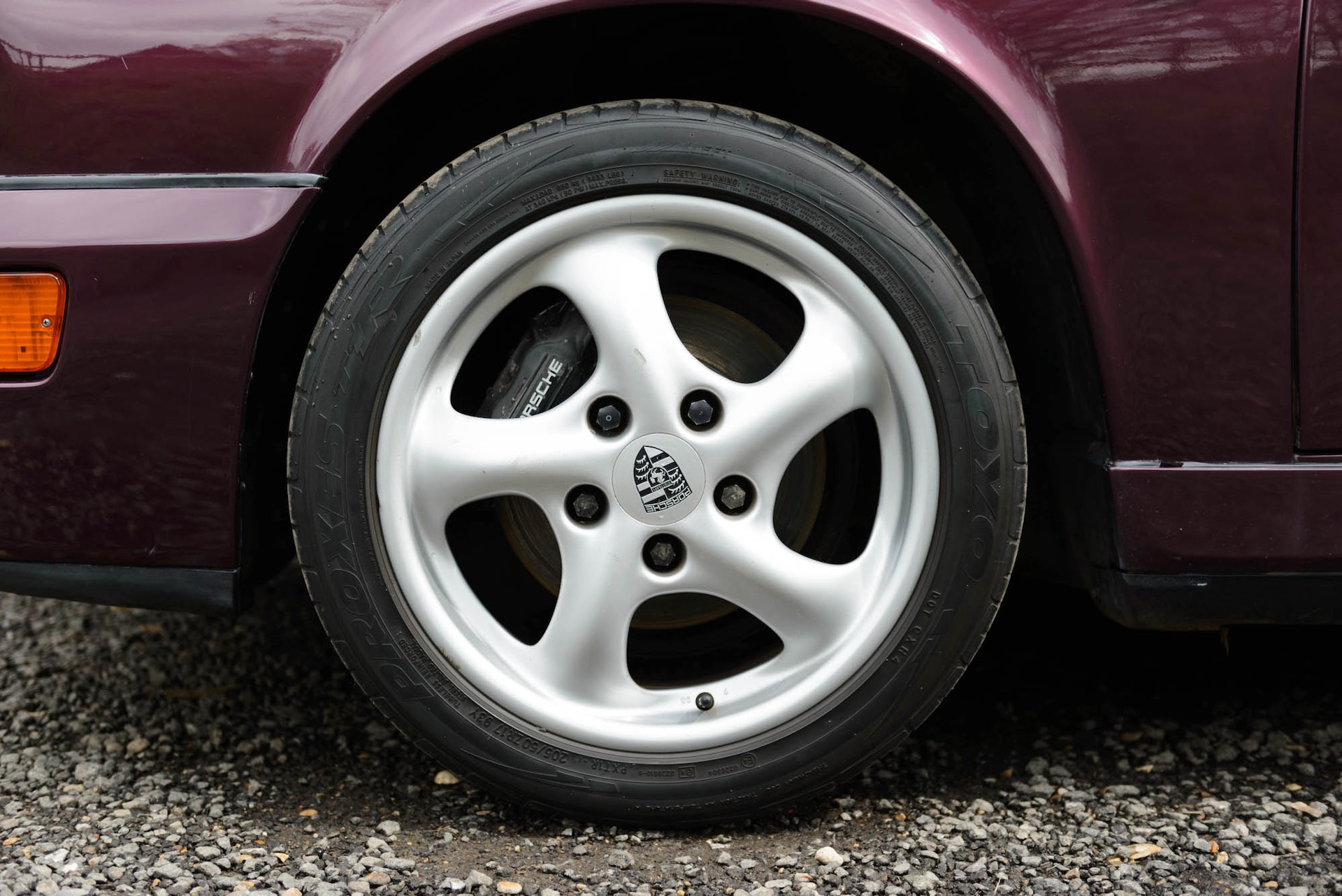 This car is accompanied by a history file, which includes records of previous UK owners plus numerous maintenance invoices, as well as the factory spare wheel. Needing some mechanical fettling to ensure it is a reliable road car, this Porsche 964 Carrera 2 is ready for a new owner to take on as a straight and solid project car, or to improve it into a fun, useable classic.