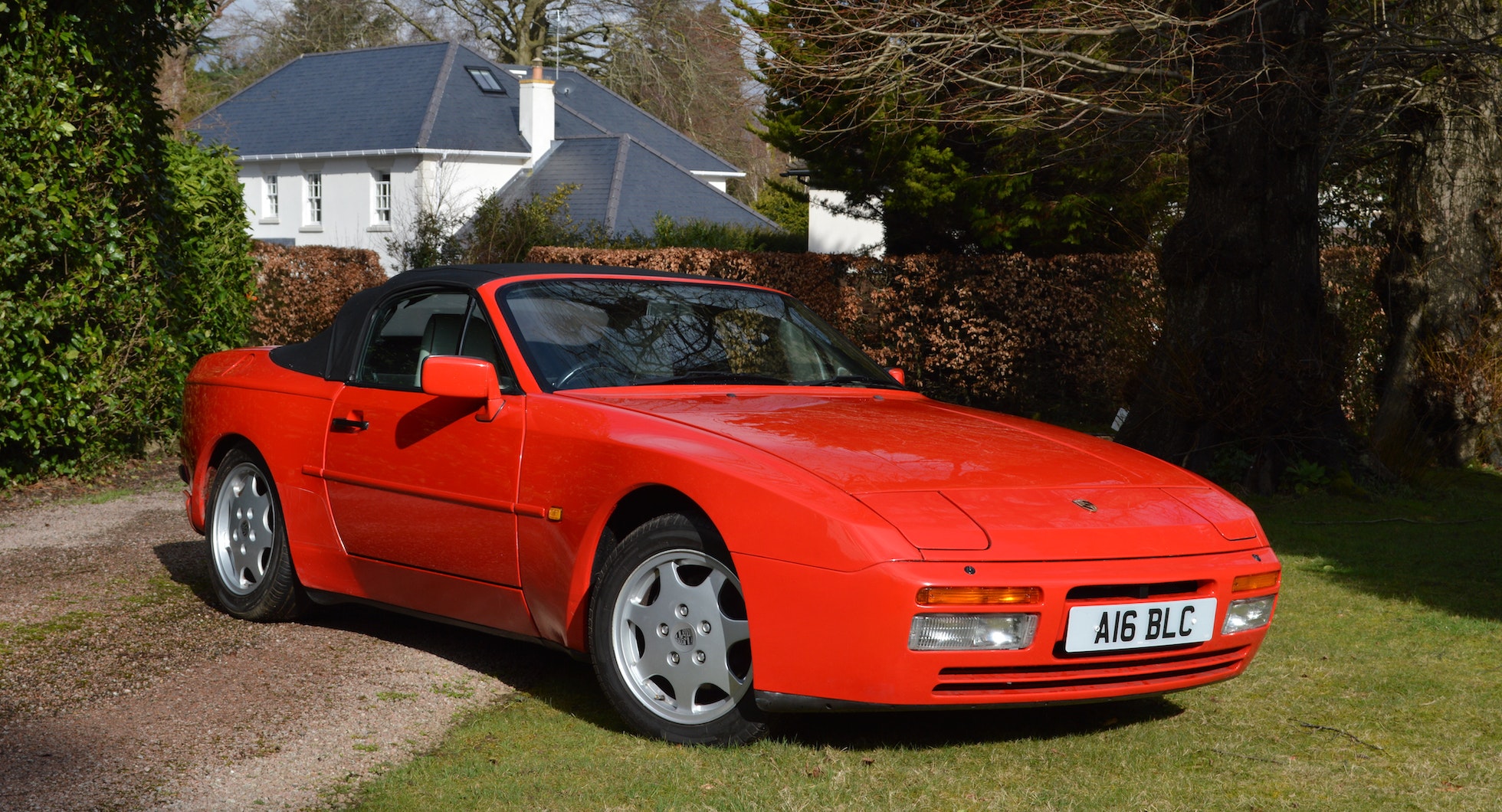 This 1990 Porsche 944 S2 Cabriolet is an attractive modern classic that has been used and enjoyed as intended. It is powered by the 3.0-litre, four-cylinder M44/41 engine, driven through the five-speed manual transmission. The superb appearance of the car belies its mileage, with the odometer showing 95,351 miles from new. 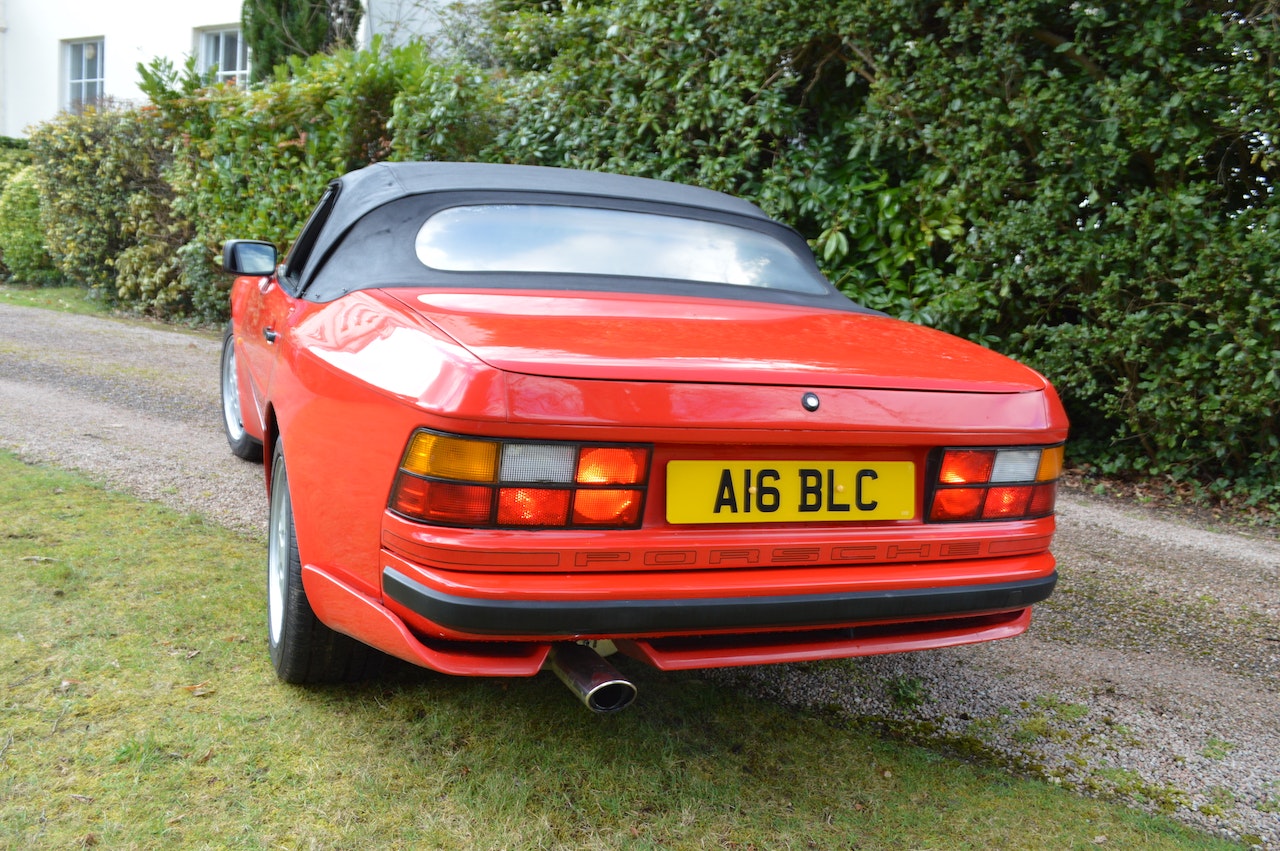 An original UK-delivered right-hand drive example, the car was first registered on 31 December 1990. The vendor purchased the car two years ago, putting just 500 miles on the odometer and investing a great deal of time and effort to get the car to its current high standard. 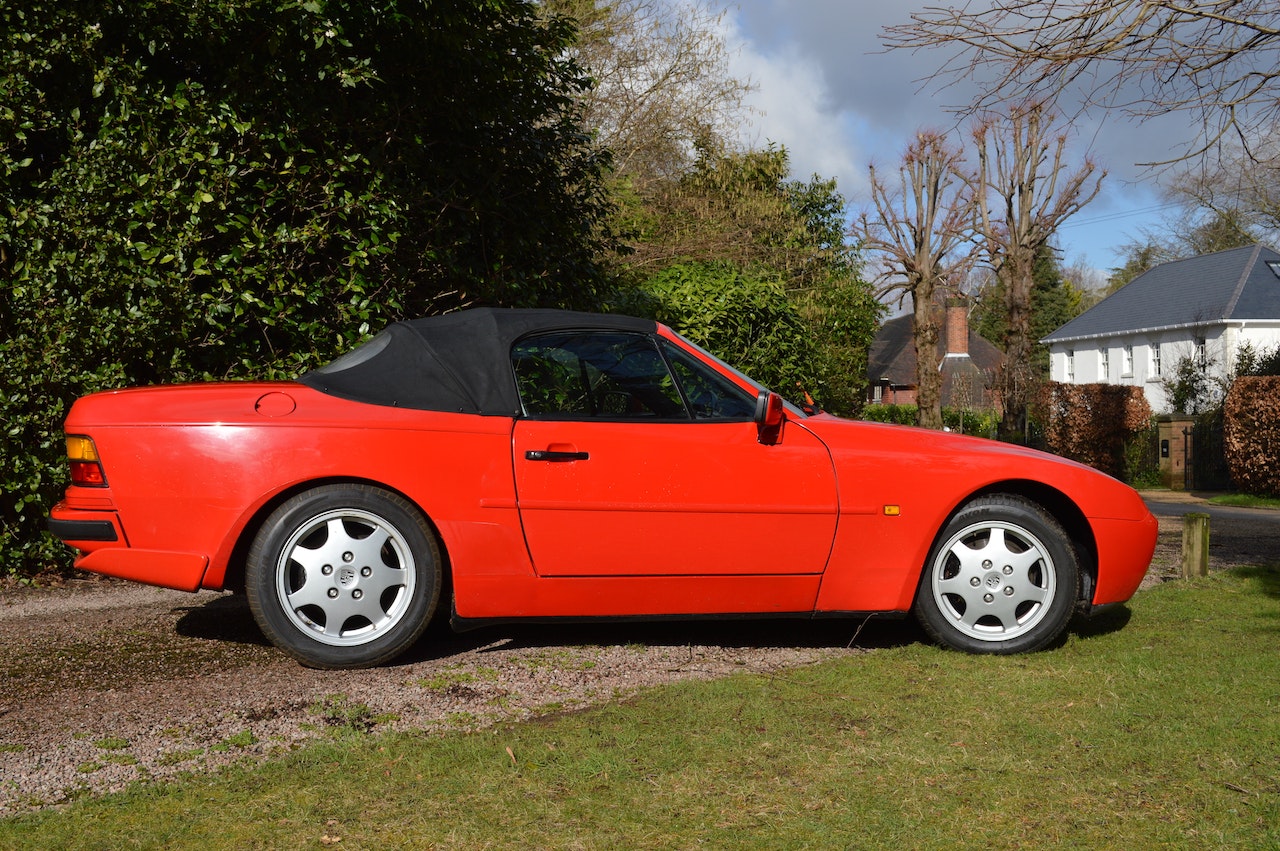 Its bodywork and Guards Red paint is described as being in generally good order, with the vendor noting there are some small bubbles on the bonnet — a minor defect from a repaint that occurred prior to the vendor’s ownership. There are also a few marks on the nose and wing mirrors, a small scuff on the bonnet, and a small dent and some black paint scuffs on the offside rear bumper. Stone guard protection film has been applied around the rear wheel arches. 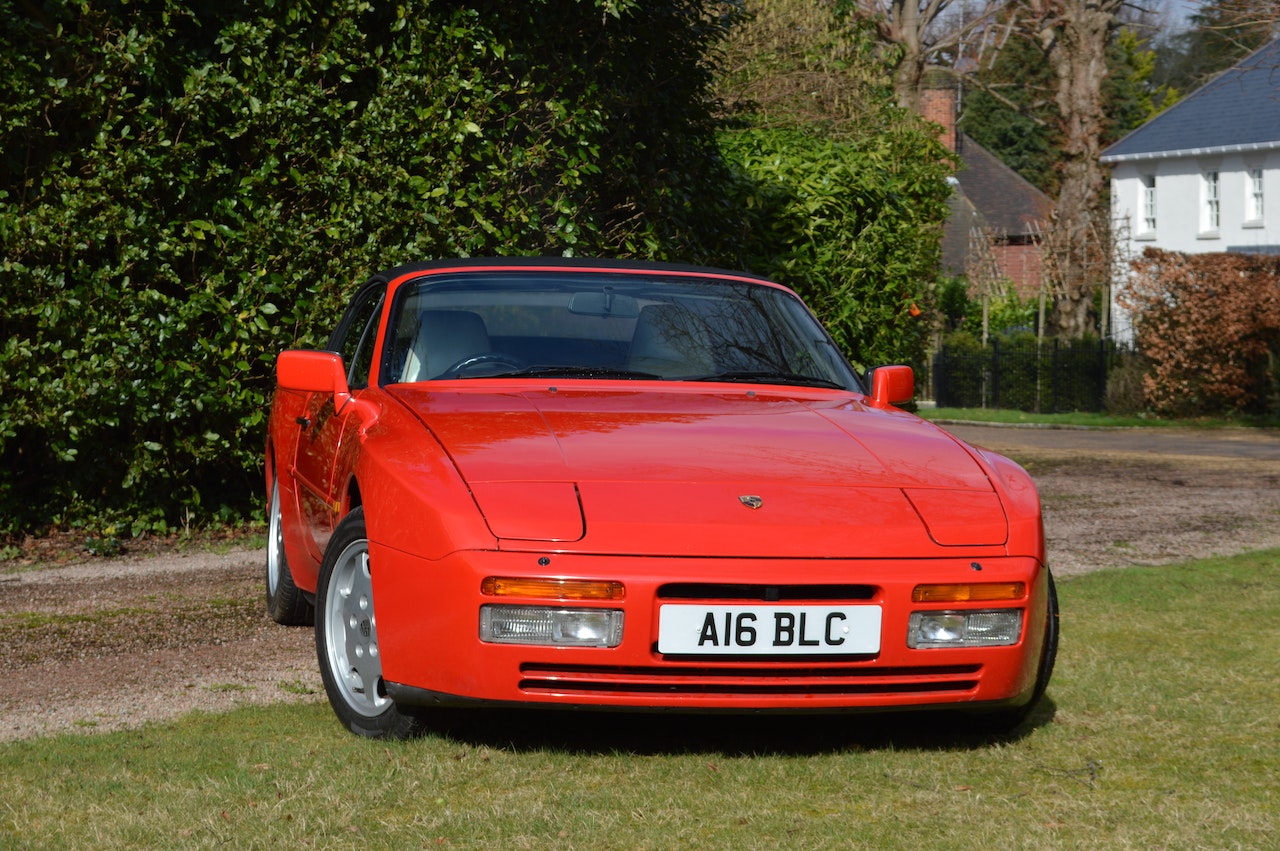 The black material of the roof still has a deep colour with very little fading and only a few marks present. There is no damage to the rear plastic screen, and the headlining is also in good order. 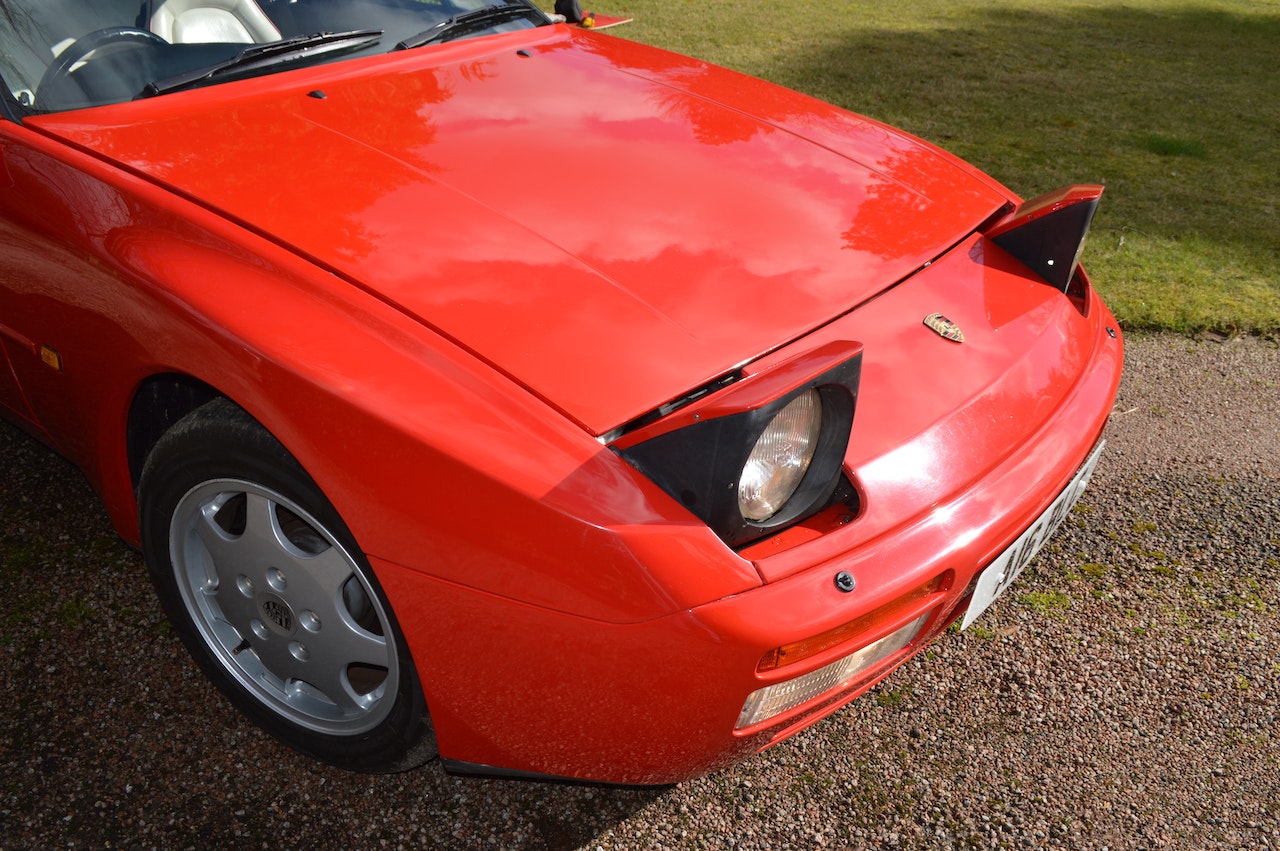 The door jambs, bonnet and boot shuts all appear to be in good condition. The pop-up headlamps are functioning, and the lights are bright. The car sits on 16-inch cast alloy Design 90 wheels, which don’t show any signs of kerbing, but there is some lacquer peel near the Porsche centre cap on one of the wheels, and some paint blemishes around the rims. The alloys are shod in 205/55 R16 Avon tyres, and have 7mm of tread remaining at the front and 5mm at the rear. 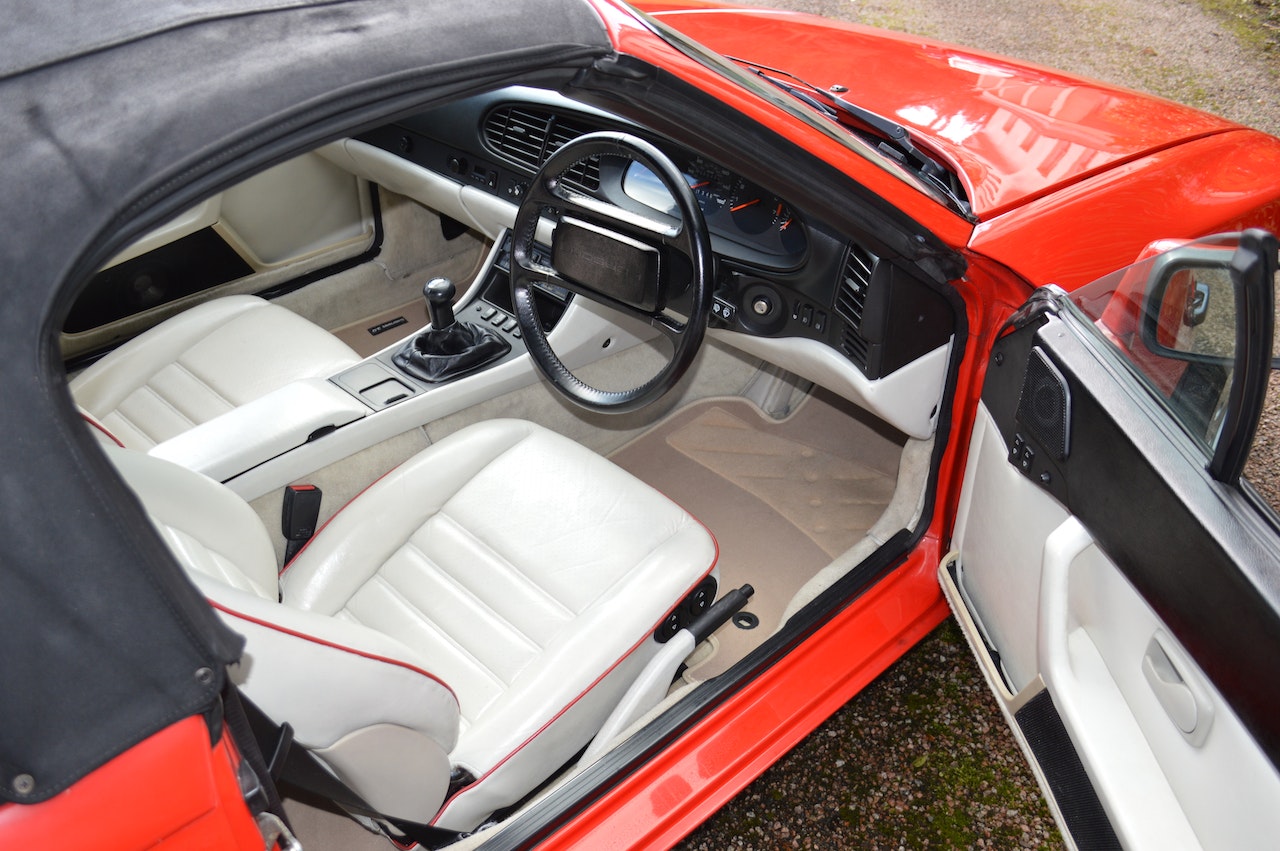 The cream leather seats are described as being in excellent condition, with a few minor marks on the driver’s bolster. The rear seats present nicely, and the door cards are clean, with minimal marks present. The upholstery with red piping is original but has received some re-connolising to the leather. All controls work properly, and the car even retains the period Blaupunkt stereo. 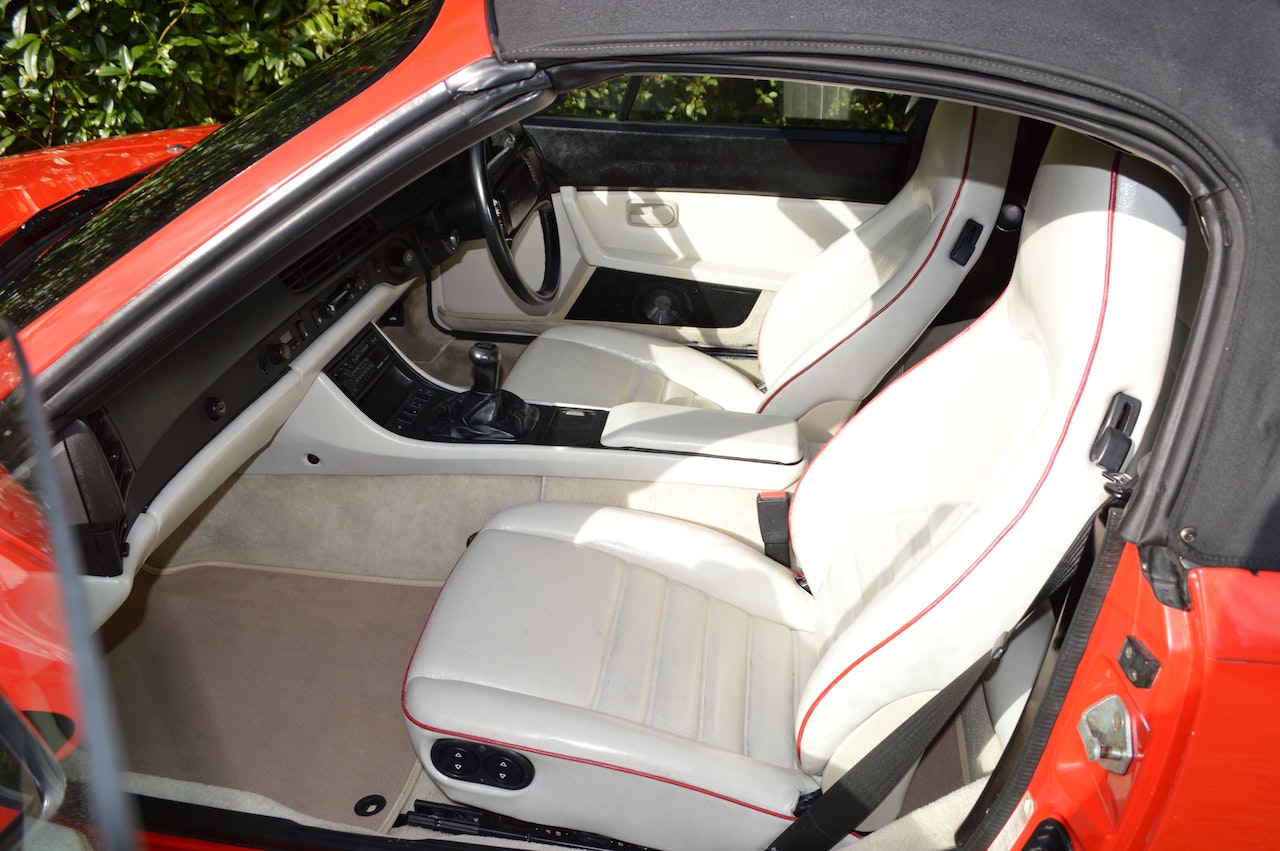 The cream carpets are in excellent condition, and the spacious boot, which can be extended when the rear seats fold down, is clean and tidy, with only a few small stains. 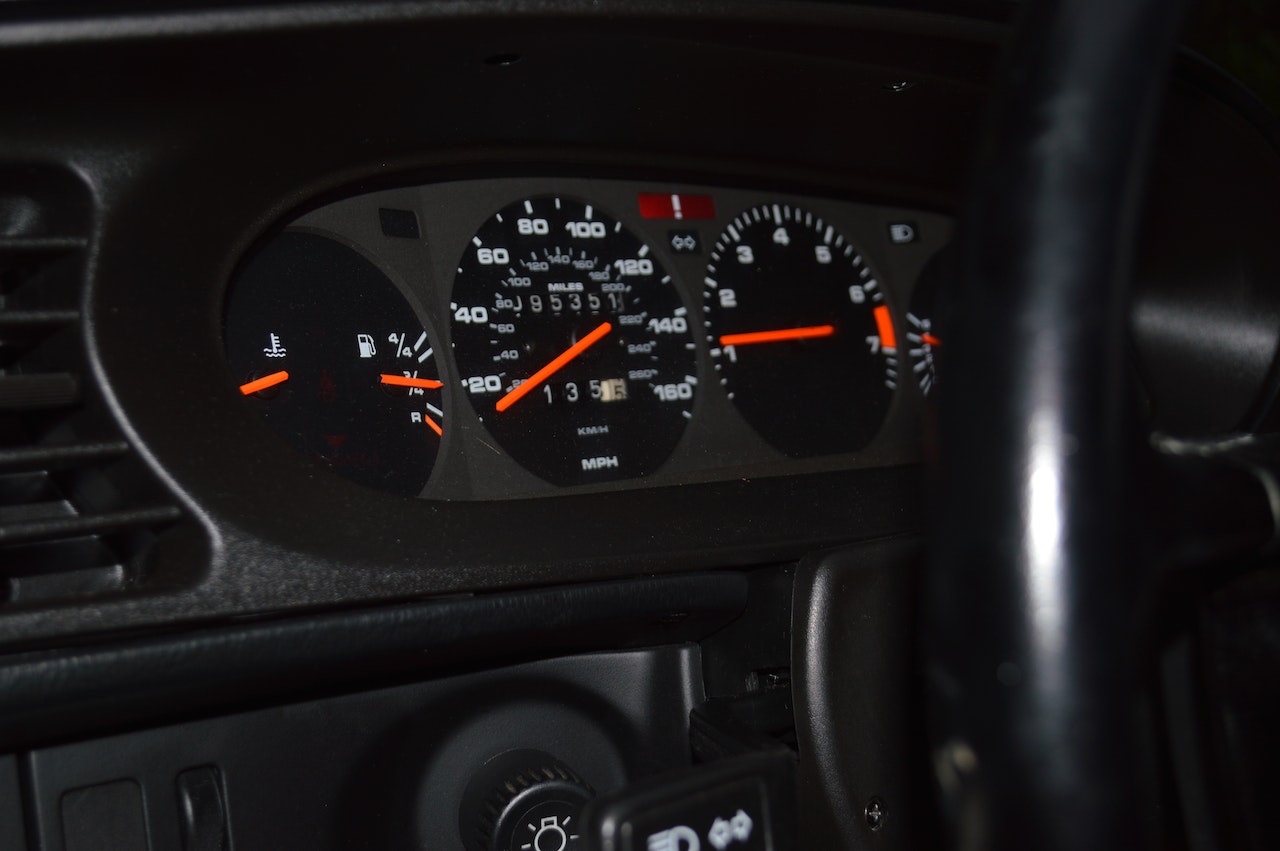 The chassis and suspension mountings are described as being in good condition, and the engine bay is tidy. Its last MOT test was in November 2019 at 95,346 miles, which resulted in a clean pass with no advisories or warnings. The car’s most recent service was performed by the vendor and involved changing the engine and transmission oil, as well as the filters. In April 2017, the car was serviced by Advanced Vehicle Workshop in Gwynedd, Wales, at 94,155 miles. At this time, the cambelt, idler, tensioner, ribbed belt, water pump and thermostat were replaced, as was the anti-freeze, oil, filters and brake fluid. 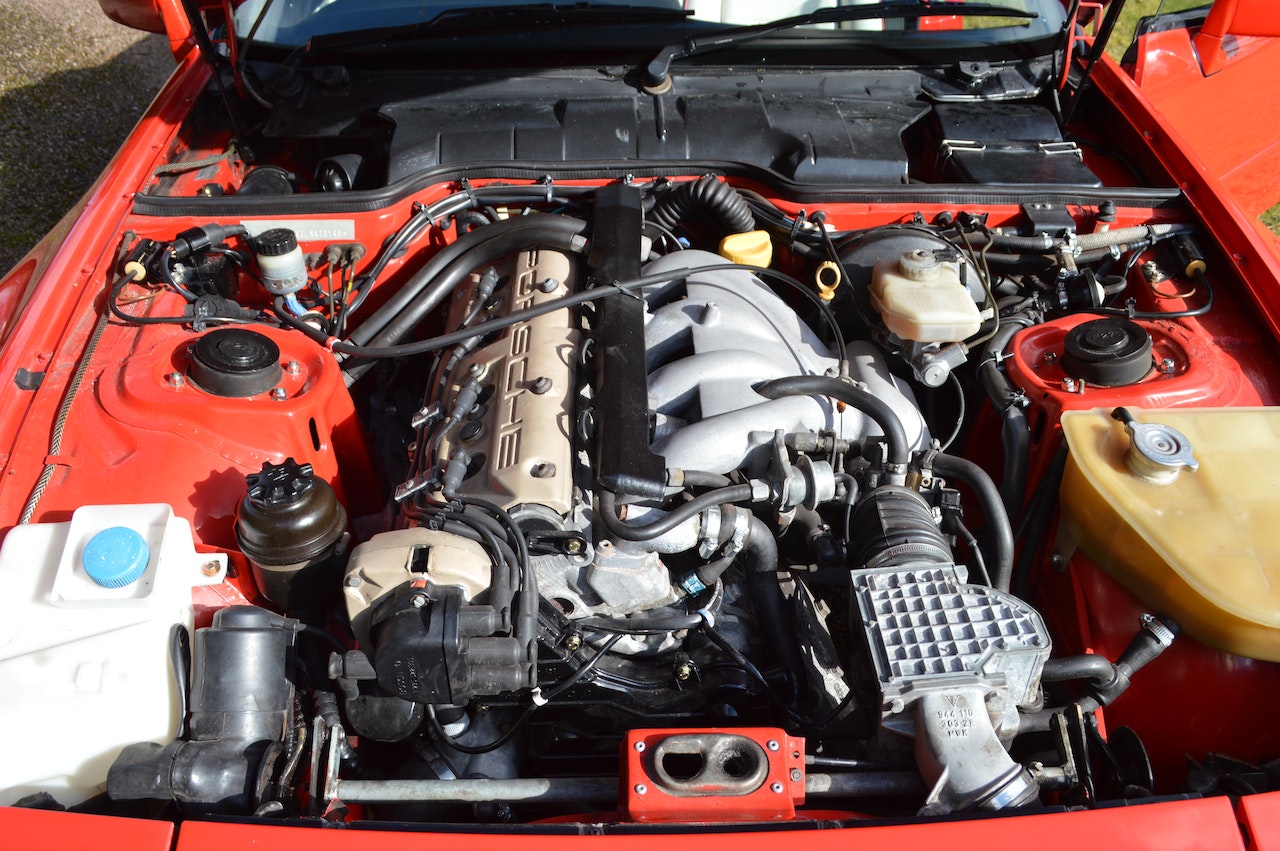 Additional maintenance has been performed by the vendor during his ownership, including replacing the Bosch S4 battery, starter motor, remote alarm, headlamp unit, digital clock, sound system and speakers. The power steering unit was re-sealed, the ABS system was checked, and new electric parts has been installed and updated where required. The brake and fuel lines and hoses have been checked and replaced where needed. 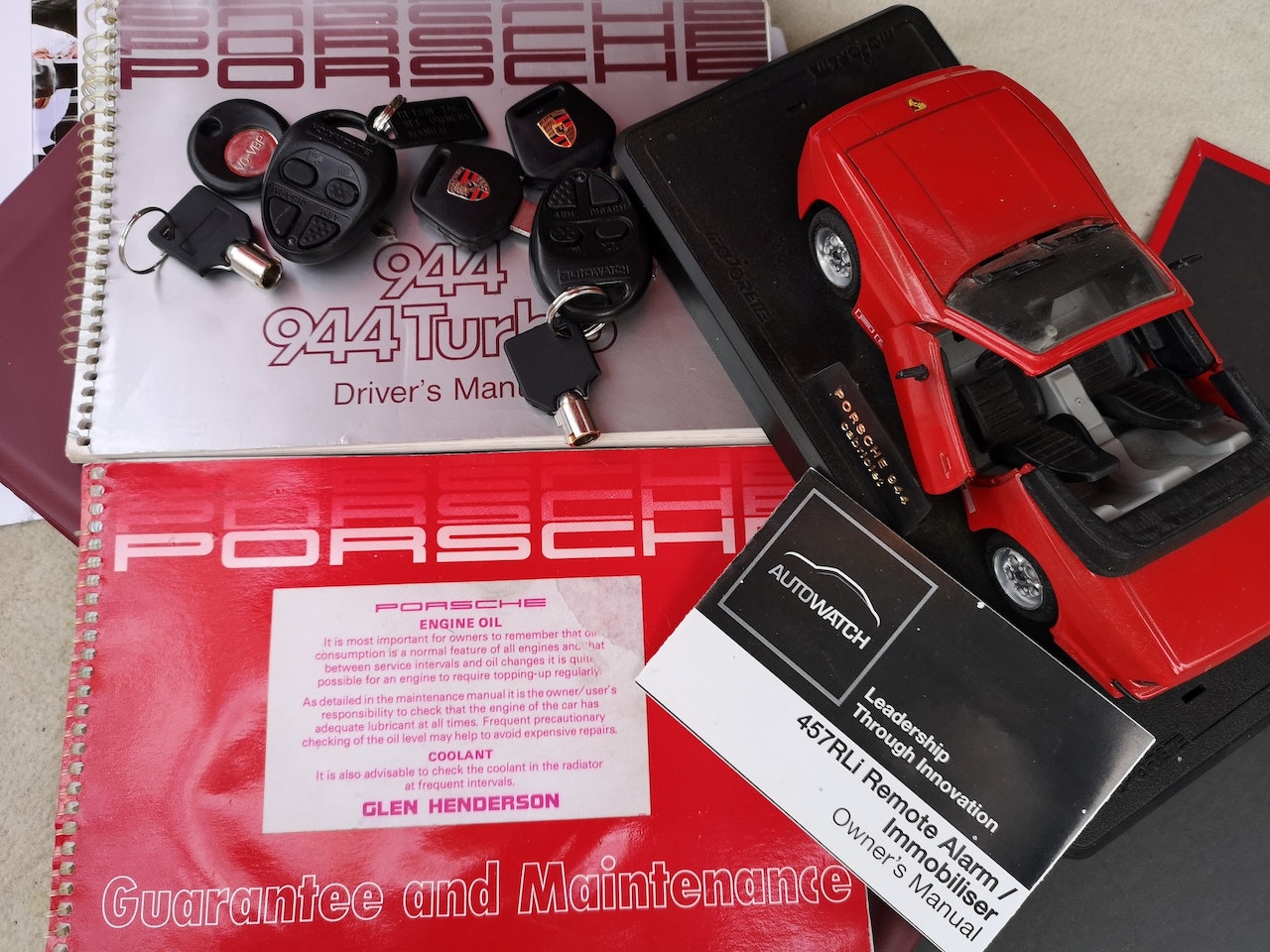 Accompanying the car are three keys, two alarm controls, original tools, the driver’s manual and guarantee and maintenance books, the original advertising brochure, a folder of invoices and receipts, a spare tyre and air compressor, and even a scale model of the car. 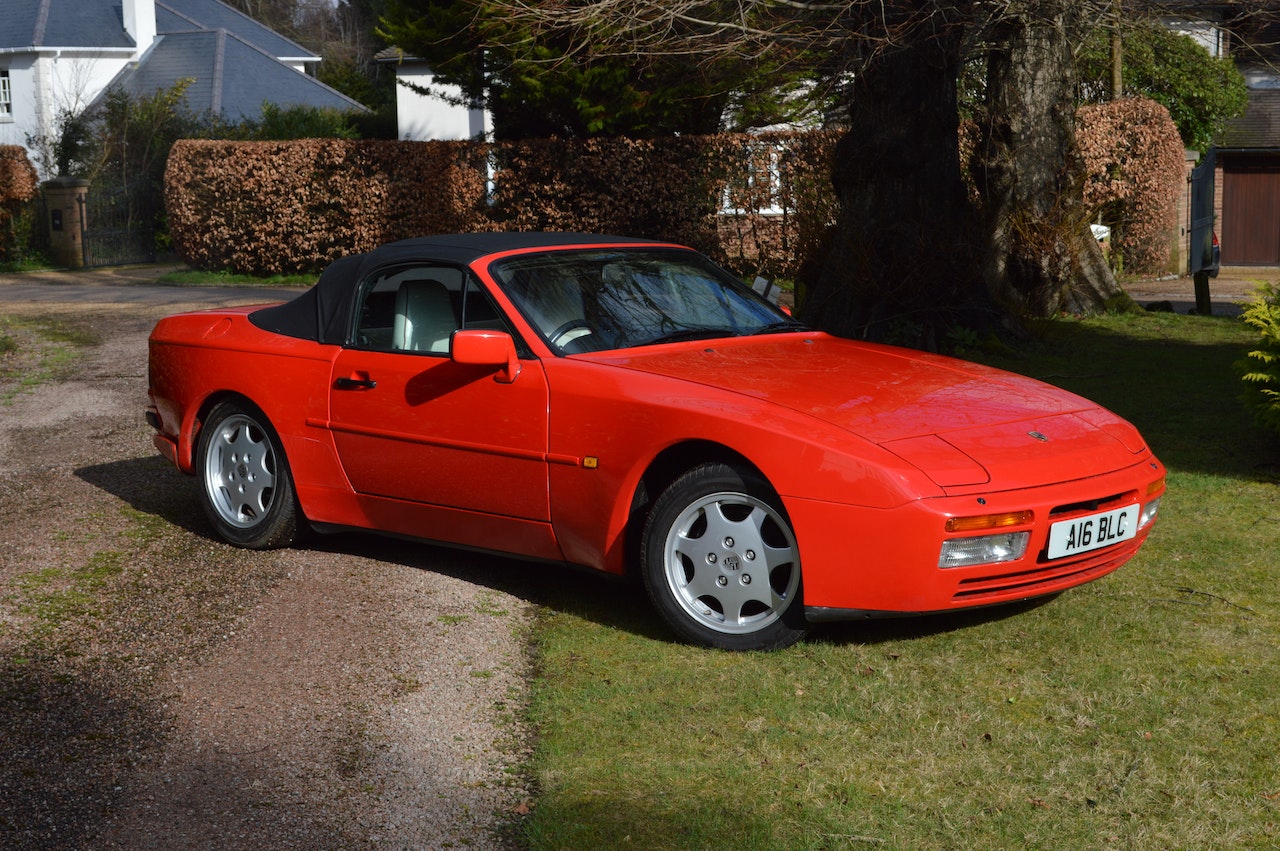 This Porsche 944 S2 Cabriolet is a sound example of an early ’90s sports car. Finished in the iconic Guards Red, the aggressive box-style arches are perfectly accented, providing a particularly muscular appearance to the car. The 944 S2 has terrific poise along a B-road but is also a refined cruiser, and this car performs brilliantly on the road.