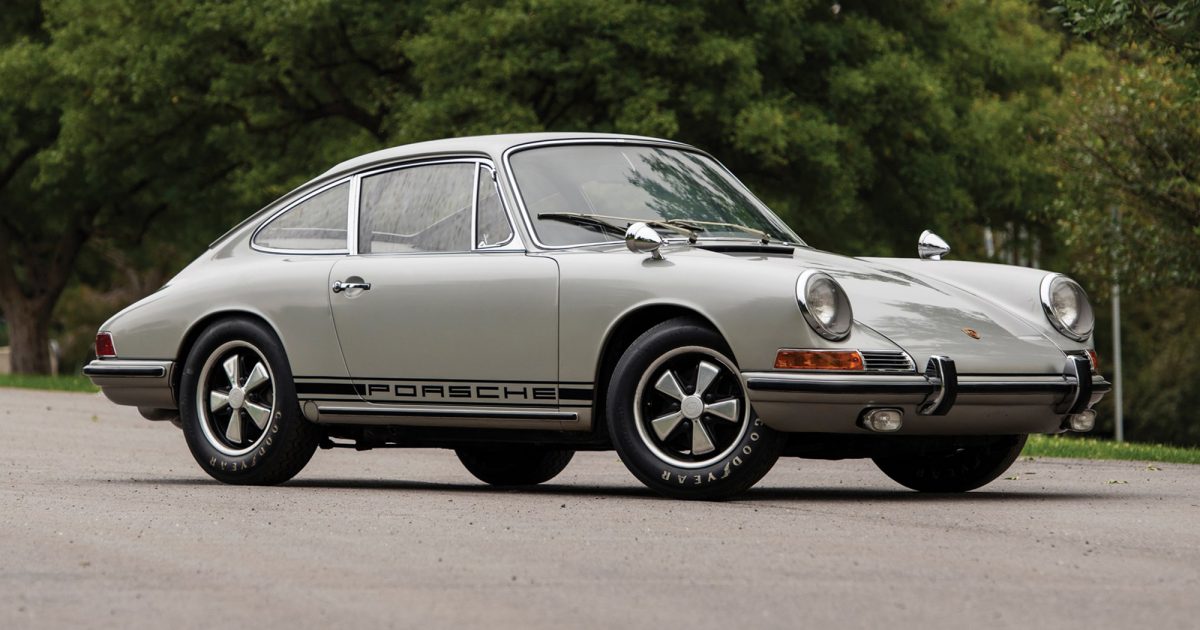 In recent history, the Monterey Car Week auctions have typically seen more than a quarter of a billion dollars change hands every year. This year, more than 1,300 cars were offered over a four-day period, with the total volume of cars up by around 25% but total revenues down by around one third. The average selling price of a car was $75,000 less than in 2018.

For both buyers and sellers, there are lessons to be learned from 2019’s auction results. The former will see that they now have more control over prices, and can afford to be more choosy. While many sellers are still of the belief that their car is a solid investment, prospective buyers are now calling them on that bet.

Always have a bid

Selling at no reserve meant the 1992 Aston Martin Virage offered by RM Sotheby’s would find a new owner regardless, but the bidder at $20,000 probably didn’t expect it to end there — especially as the car was fresh from a $25,000 overhaul. At less than half its lower estimate, it might be the cheapest Virage ever sold.

Adjustments in the market

The ex-Rowan Atkinson Aston Martin Vantage Zagato was offered by Gooding and Company at no reserve and sold for $173,600. In 2008, Bonhams sold the car for £122,500. Adjusted for inflation, its selling price has gone down. And that wasn’t the only 1980s V8 Aston Martin that stumbled.

Most consignors of sub-1,000-mile super- and hypercars went home without selling them, and almost all because of unrealistic reserves. Two Pagani Huayra Roadsters were offered, bid to $2.5m and $2.7m, and both are still for sale. The same is true of the two McLaren Sennas, both with only 100 miles from new, which were bid up to $1.05m and $1.2m. If you’re not selling it, you might as well be driving it! Meanwhile, in the UK, as-new Sennas are on the market below list price.

E-Type results showed that a ‘holy grail’ halo car can’t pull up the values of other models. Even pristine Series I 3.8 cars struggled to reach their lower estimates, while one of the 12 known surviving 1961 Fixed Head Coupes with flat floor, welded louvres and outside bonnet latch fetched a whopping $626,500. And it’s worth noting that even that was down nearly $100,000 on a similar car that sold a year earlier.

Many owners of ‘seven-figure’ Ferraris were taking them home again. Eleven of the cars that remain unsold had combined bids totalling $38 million. How much of the gap between the bid and the reserve could have been resolved with lower commissions? These cars were not all fresh to the market, so how much was down to unrealistic expectations?

Are you paying attention?

Four Porsche 912 coupes were offered over the weekend. The average of the middle estimates was $70,625. None of the cars reached their lower estimates, and the average selling price was $47,640. Anyone who now believes that the average market value of a Porsche 912 is around $70,000 should look at what’s actually selling.

The €1.04m result for a 2,200km Lancia Delta S4 Stradale in Essen earlier this year was an anomaly. The 2,300km car offered by Gooding and Company in Monterey didn’t find a bid beyond $440,000. Compare your car to as many other examples as possible to understand what you have.

While Porsche models performed fairly well across the board, there was one particularly remarkable result. The 1967 Porsche 911 S, specified new with the uber-rare Rallye package and Sport Kit II and with only 8,266 miles on the clock. Its estimate of $250,000–325,000 was absolutely demolished by the final all-up result of $912,500.

If you want to achieve £80,000 back in your pocket for your car at auction, then you need to remember what the buyer will pay. A 6% buyer’s premium means the car can sell for less than £85,000. A 15% buyer’s premium and 6% commission from the hammer price means it would need to sell near or above £100,000 at most major auction houses. And if your car fails to sell, then you’re left with the hassle of collecting it from the sale and keeping it for even longer.

The bottom line from Monterey 2019 is that sellers need to be aware of the reality of the current market. It’s all too easy to blame peripheral factors if a car doesn’t sell, rather than the more likely scenario, which was that the vendor was probably asking too much money. At least one industry report suggests that values are down 30% on average, but some cars have taken smaller hits. If you’re a realistic seller or a proactive buyer, there are still plenty of deals out there.

Back to all stories

Collecting Cars visits ‘Classics At The Manor’, an event with an approach that diverges from the cars-and-coffee format.

YouTube channel Lovecars takes a trip down memory lane in some of our early auction lots.

With a team of talented technicians, Bell Sport and Classic is also focusing on the community aspect of collectable cars.