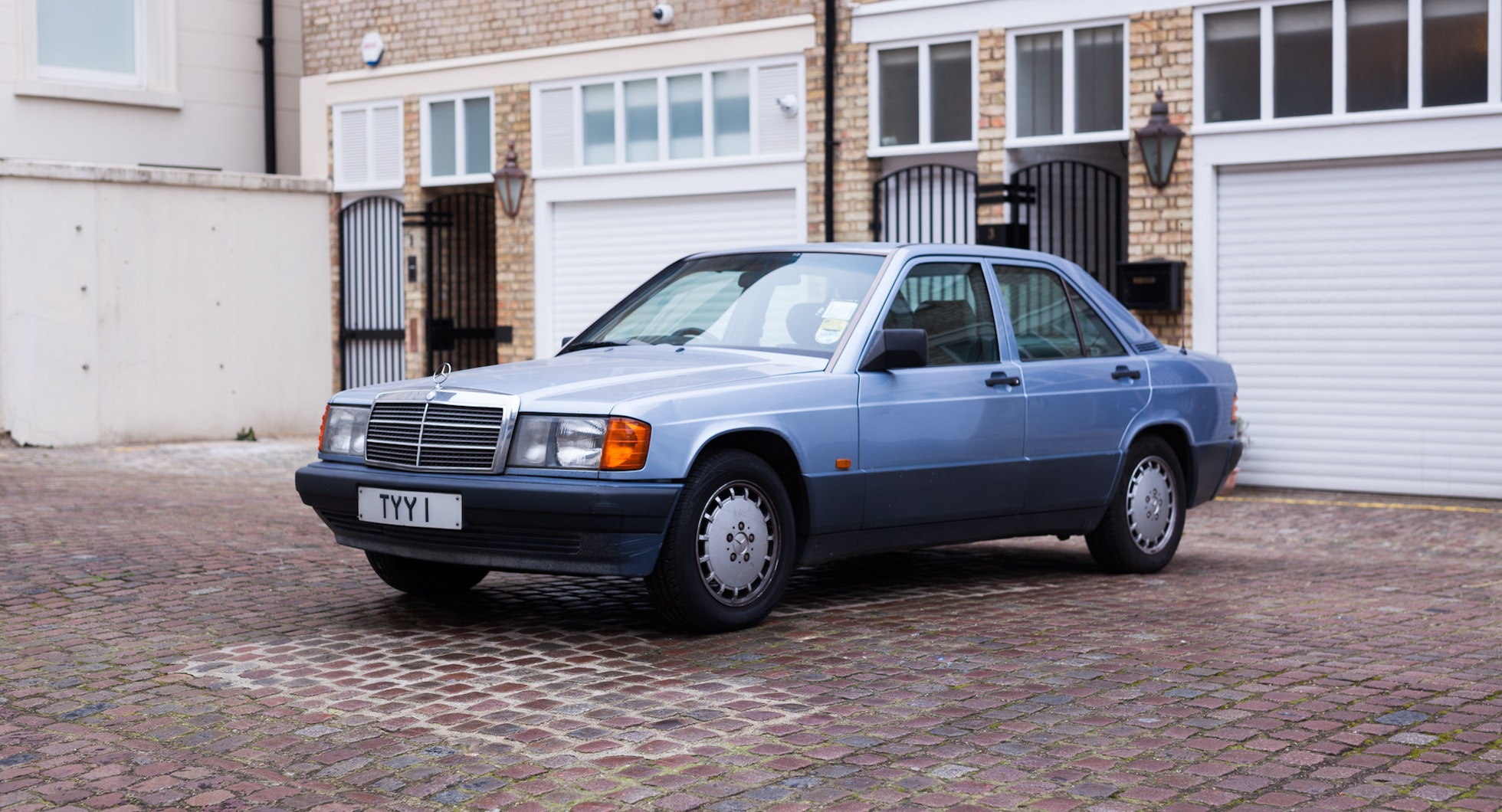 The four-character registration ‘TYY 1’ has been on this 1990 Mercedes-Benz 190 E in the same family ownership for nearly 30 years, and the car and plate are now offered together to a new owner. 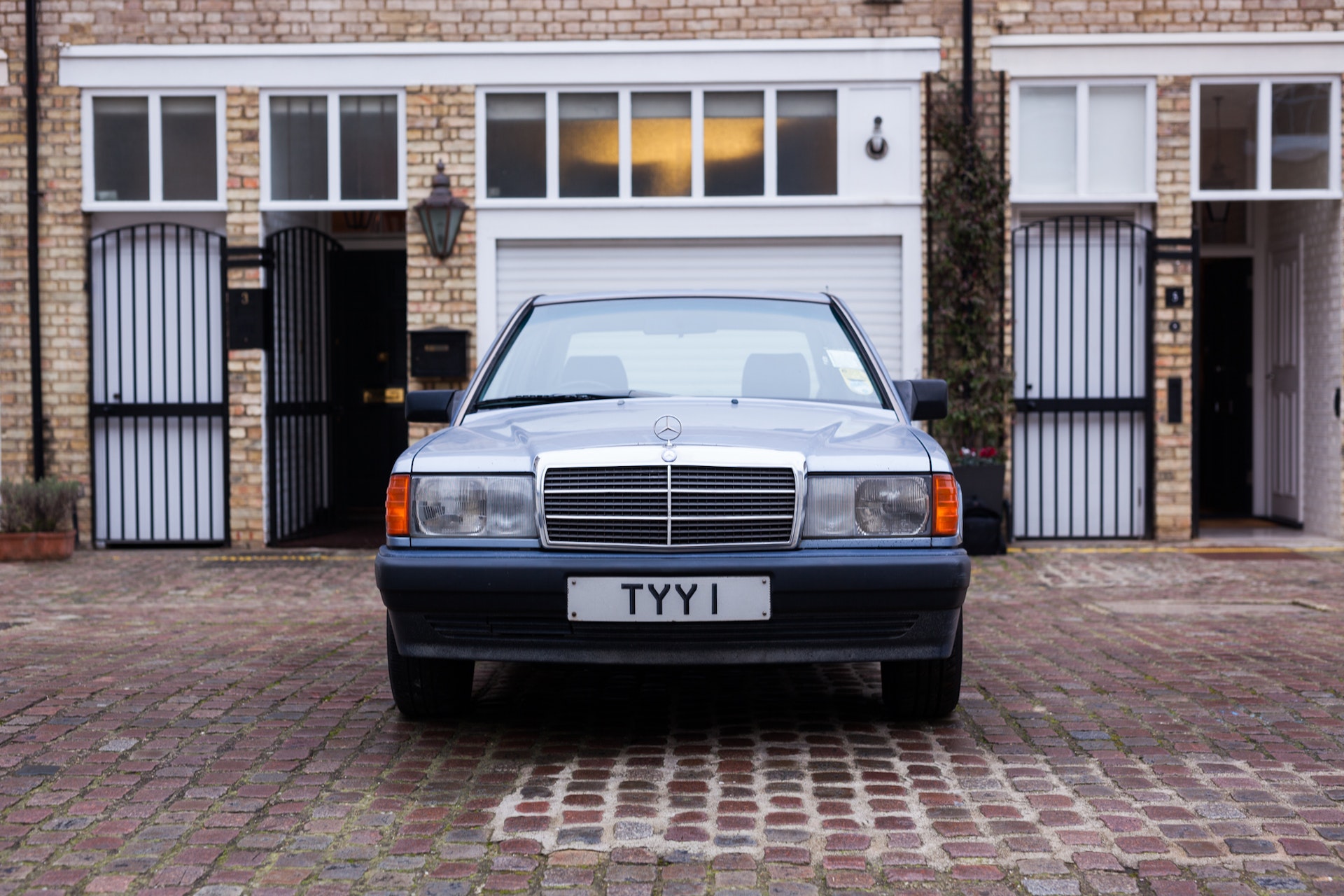 A pre-1963 style registration, ‘TYY 1’ is an attention-grabbing registration mark, which - as in the case of this beloved Mercedes-Benz - can add an extra element of personalisation to an already cherished car. The winning bidder can of course choose to leave the plate on, remove it to assign elsewhere, or hold it on retention. 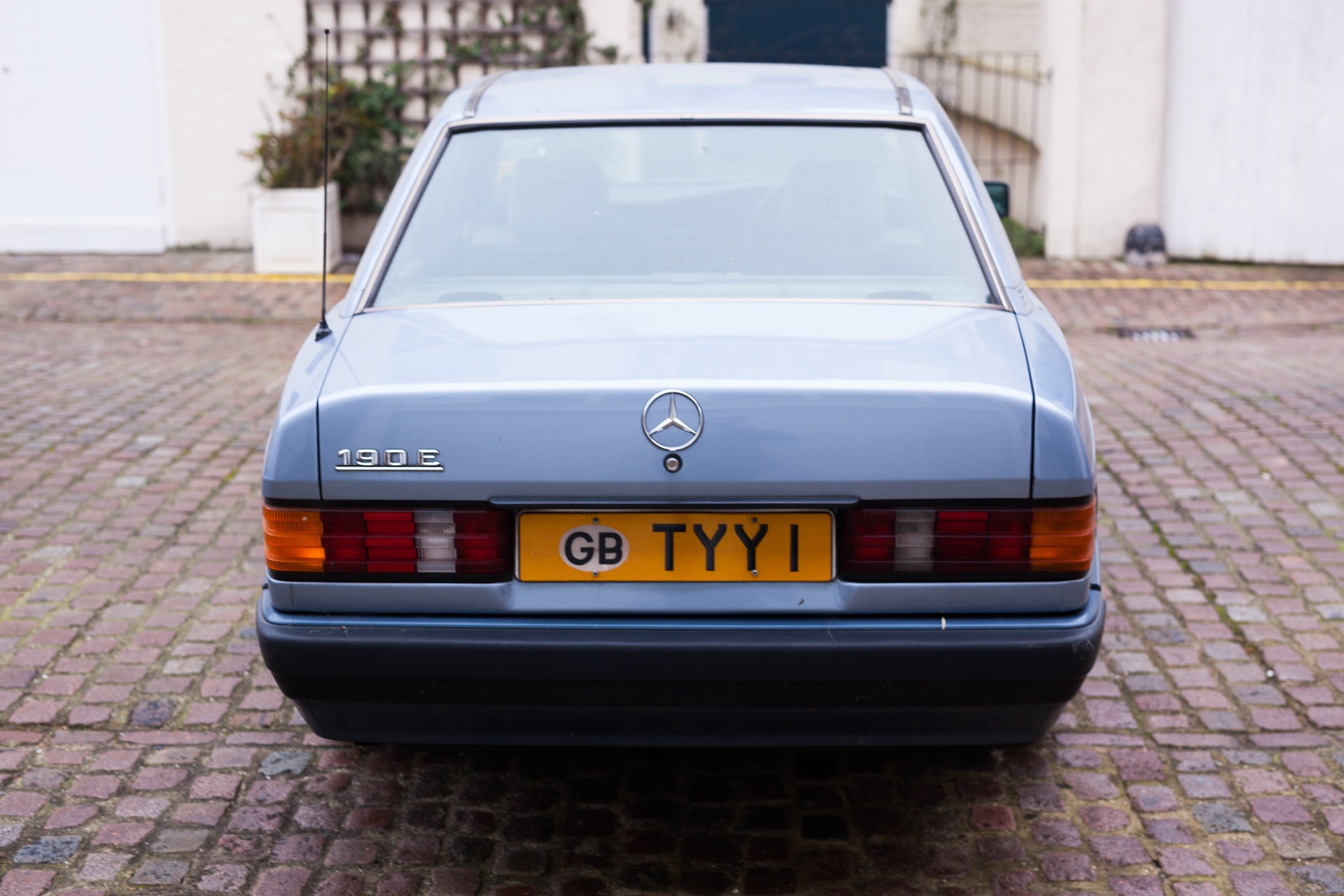 This 1990 Mercedes-Benz 190 E is a highly original example of the robust W201-series model, which remains straight and solid, but which could certainly be smartened up by its next owner. It is powered by the 2.0-litre four-cylinder M102.962 petrol engine producing around 117bhp, with rear-wheel drive via a four-speed automatic transmission. The odometer records 120,459 miles from new, and this model’s reliability record means there is plenty of life left in the car. 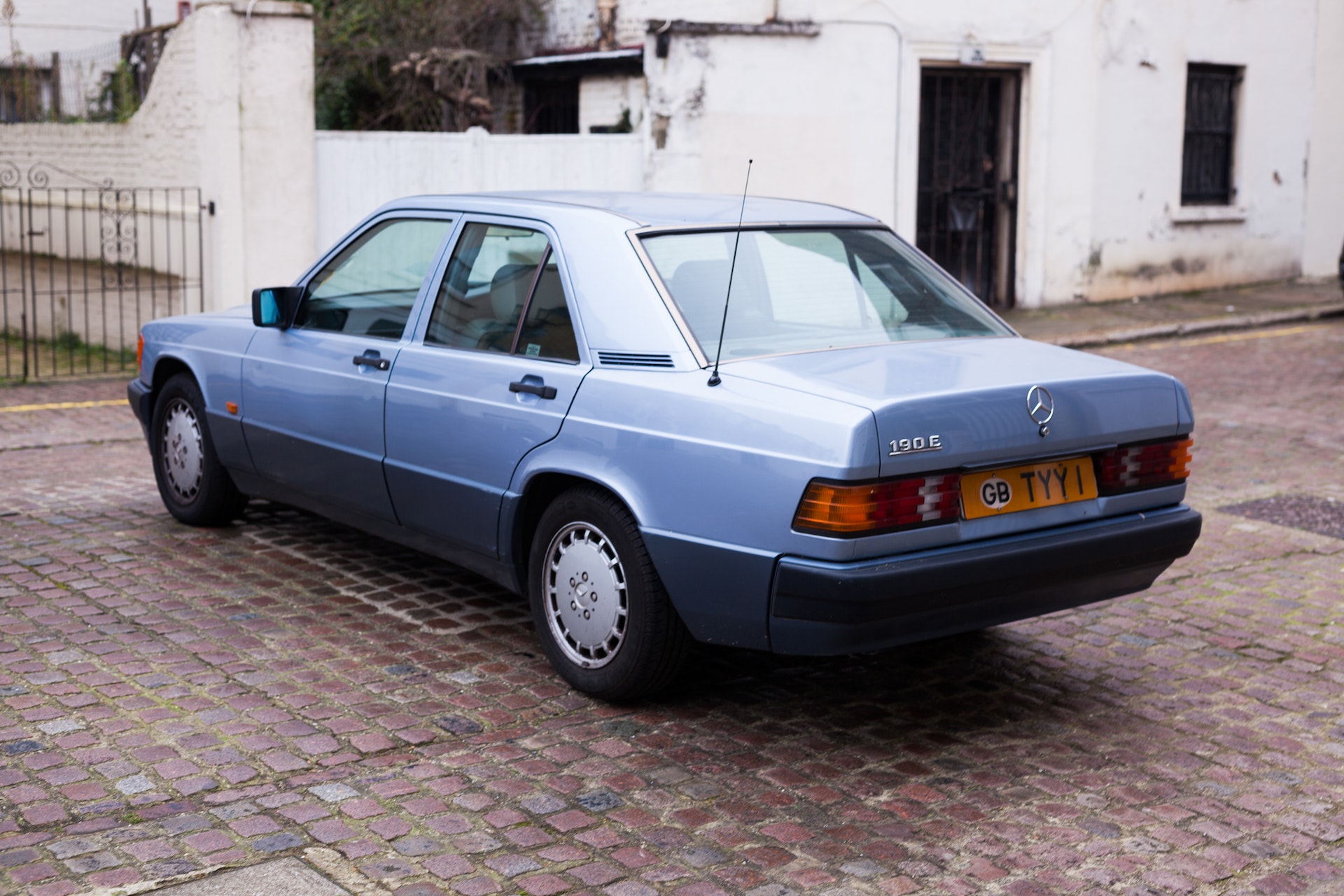 An original right-hand drive example, it was supplied new to the UK and was first registered on 1 October 1990 as ‘H717 XYT’ to its first owner in Kent. Within the next couple of years, it was assigned the ‘TYY 1’ plate by the second registered keeper in central London, and it has remained in the same family ownership ever since. 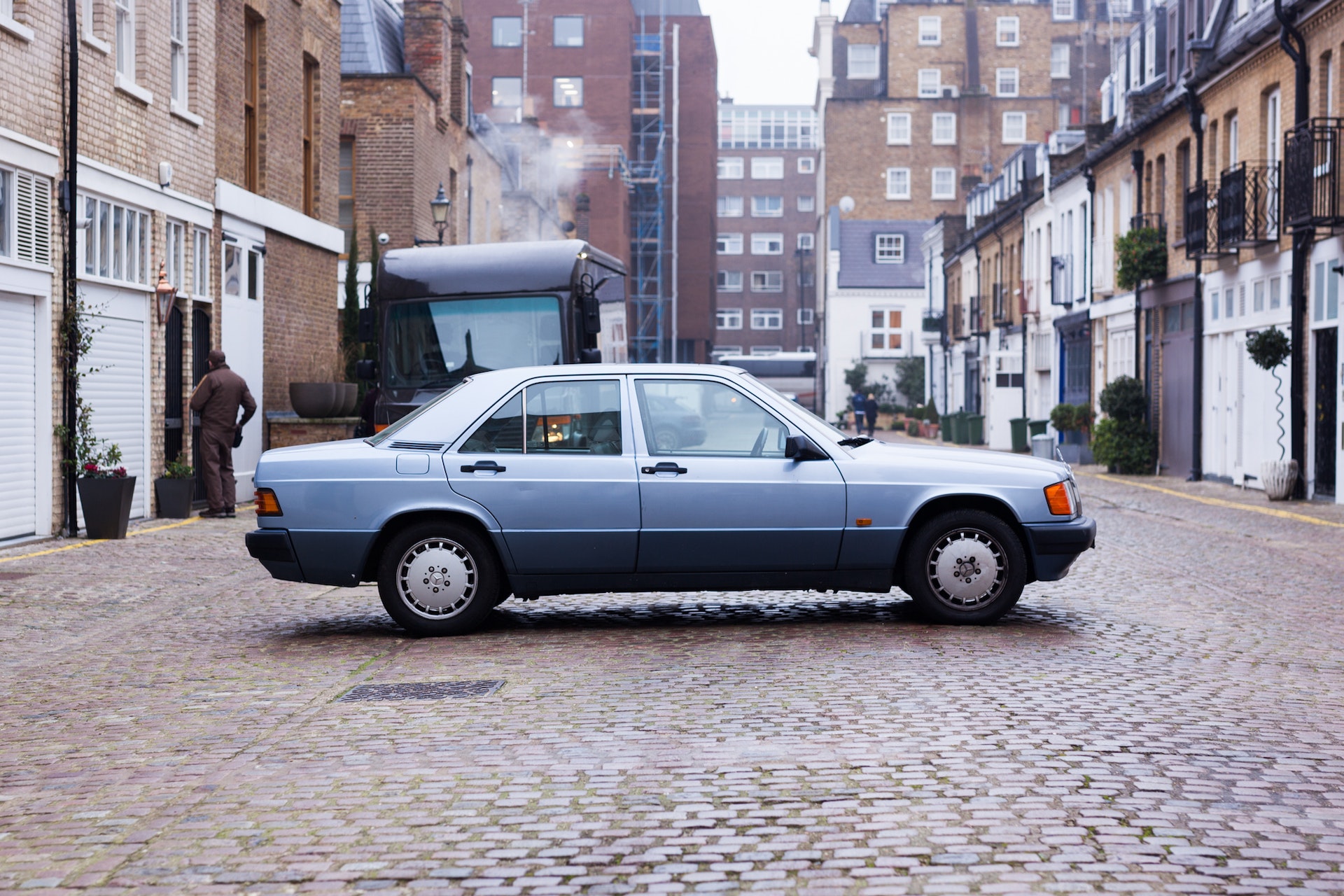 The car benefits from the more reliable double-row timing chain design for the M102 engine, and this particular example was specified from the factory with an electric sliding sunroof panel, electric windows, orthopaedic adjustable front seats, and rear headrests. 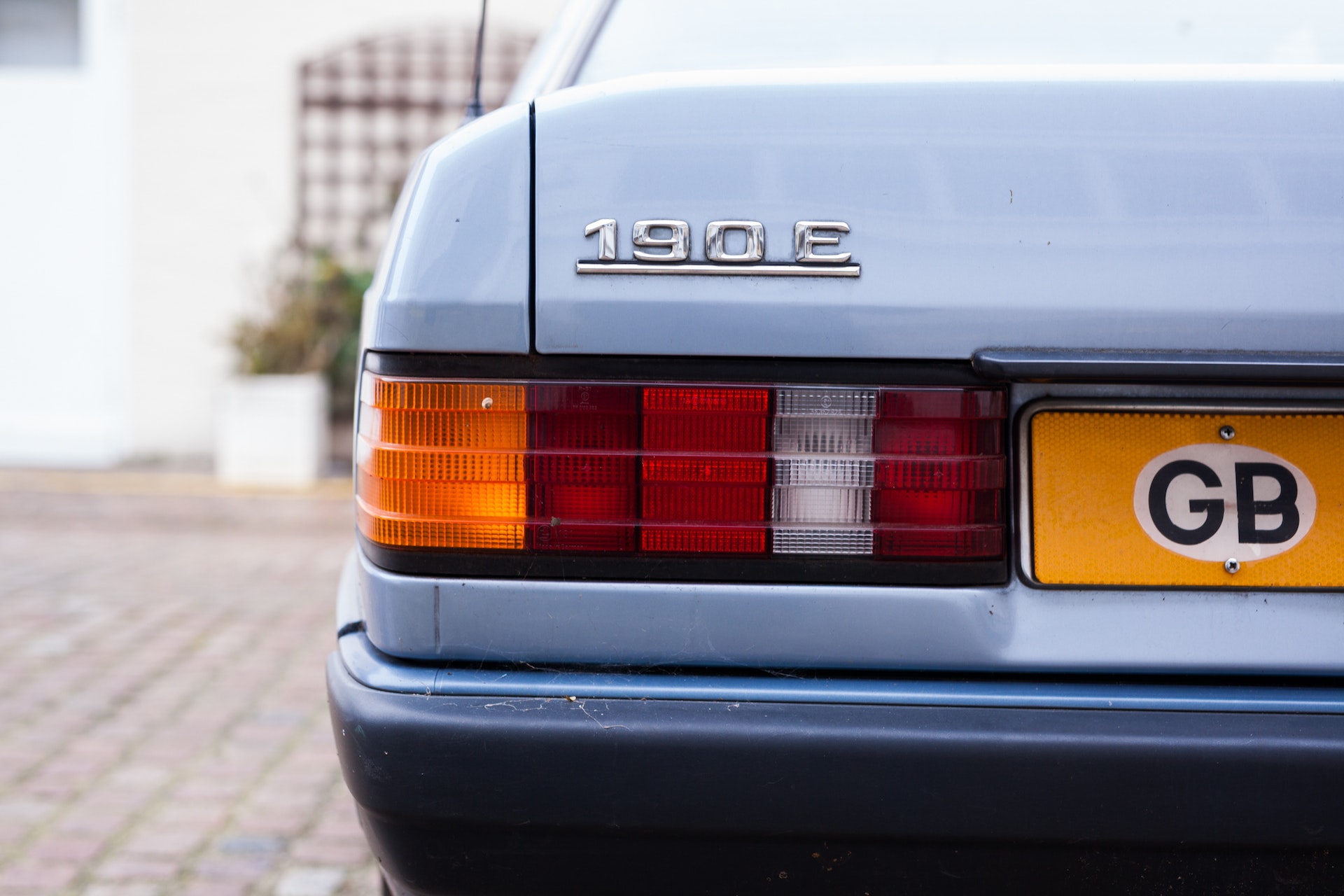 The bodywork and paint are described as being in fair condition, and the media gallery below provides a thorough presentation. The paint around the front bumper and nose is finely marked, and the lower front bumper in particular is discoloured. A few shallow dents and scratches are visible along the doors and flanks, the paint has flaked off around the rear wheel arches, and there are small scuffs on the offside rear bumper plastic, as well as on both front corners. 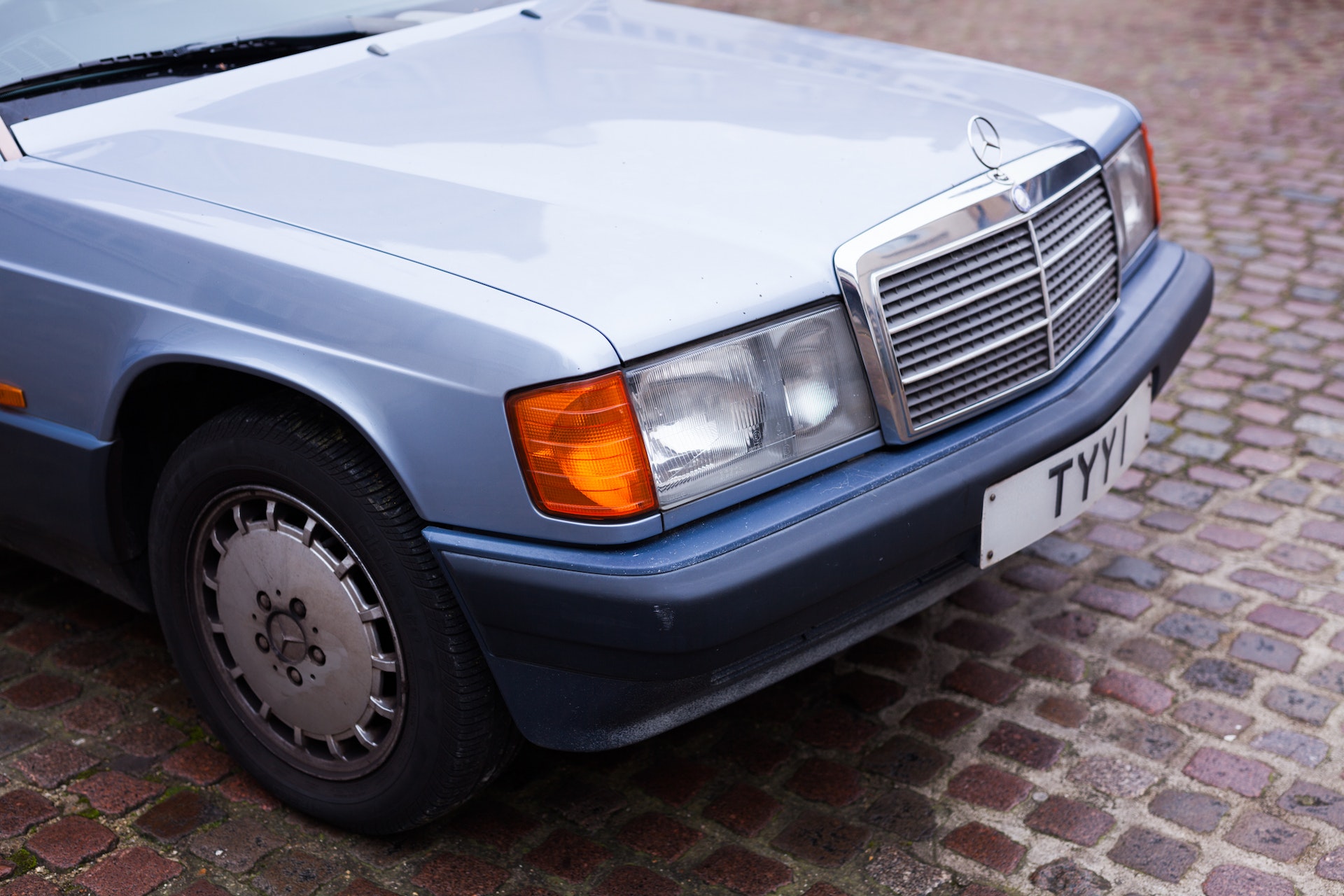 The light lenses, window glass and seals are all in good order, and the chrome trims still present well. Its 15-hole alloy wheels are original, and while they do have a few kerb grazes around the rims, they are in perfectly usable condition. 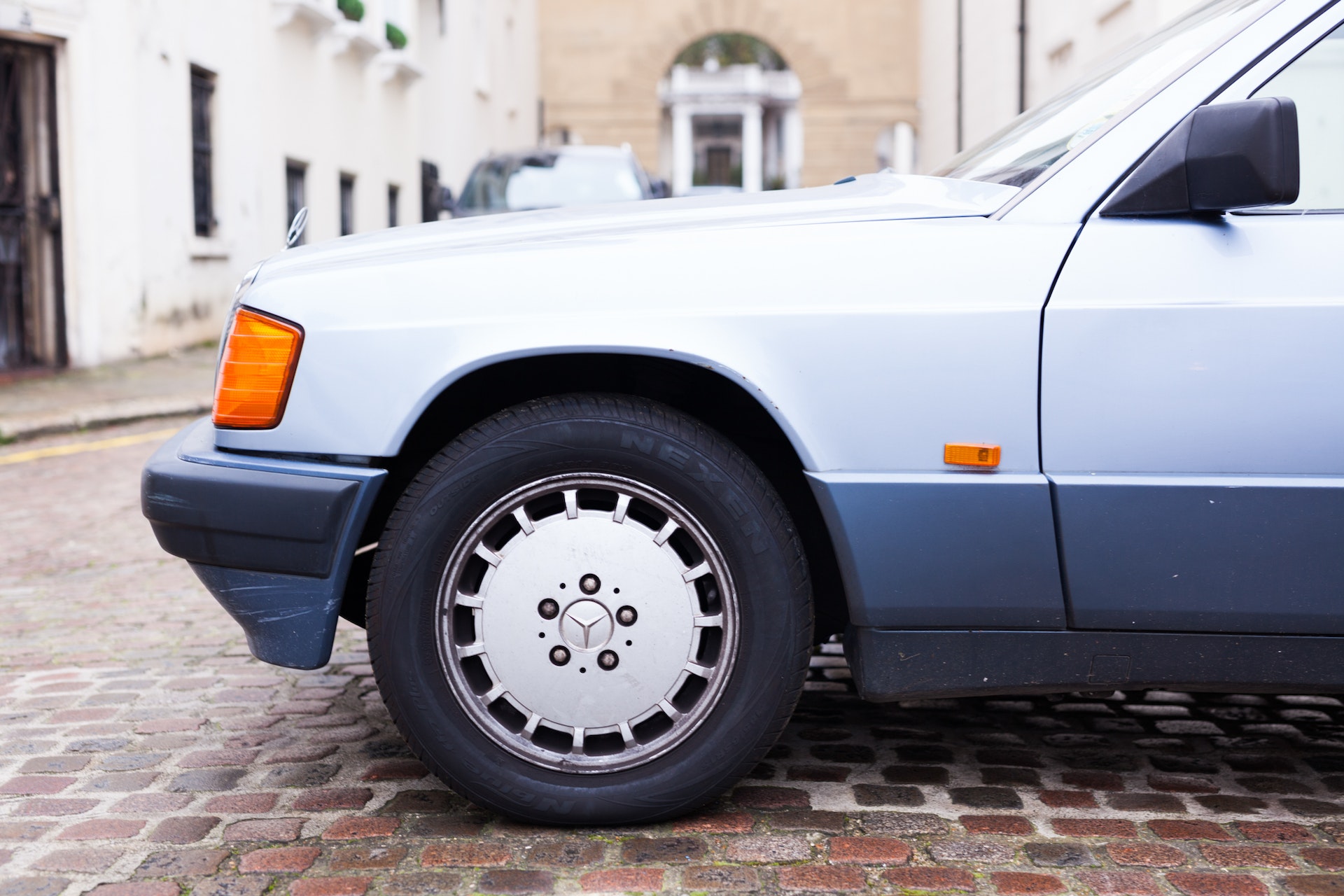 In the cabin, the seats are upholstered in full grey leather. The cushions have held their shape, and the leather itself is free from tears or holes. There is some discolouration of the leather on the rear seats, and the driver’s seat in particular, but it remains in impressive condition for a 30-year-old interior. There are also a few small nicks and scuffs in the door card plastics. 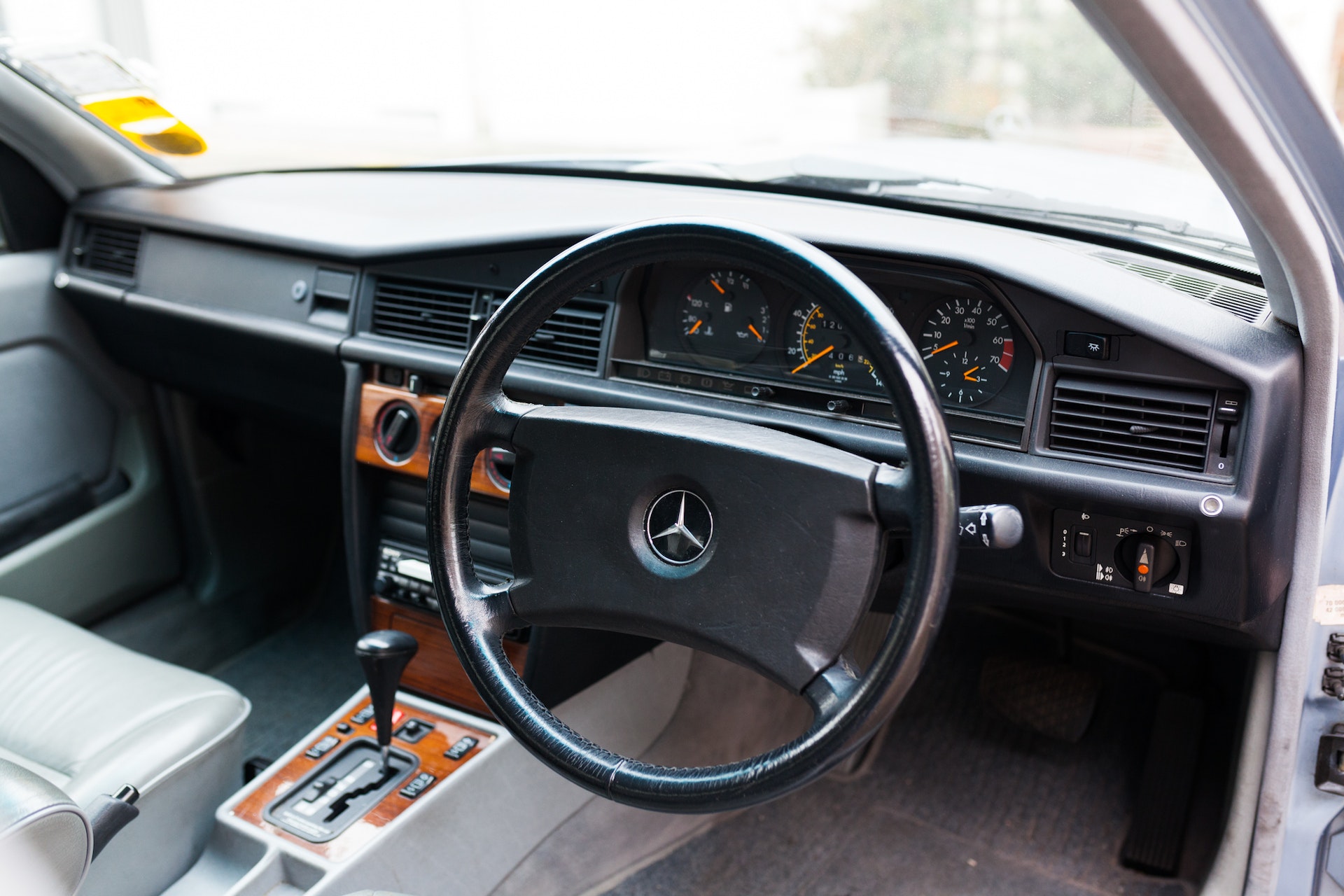 Fitted around the dashboard middle and centre console are smart Zebrano wood trims that are in very good order. A period Sony radio cassette deck is also installed. There are no known faults with the switchgear, air-conditioning or the sunroof. At the back of the car, the boot area is clean and tidy, and under the floor is the original spare wheel, along with the tools and jack. 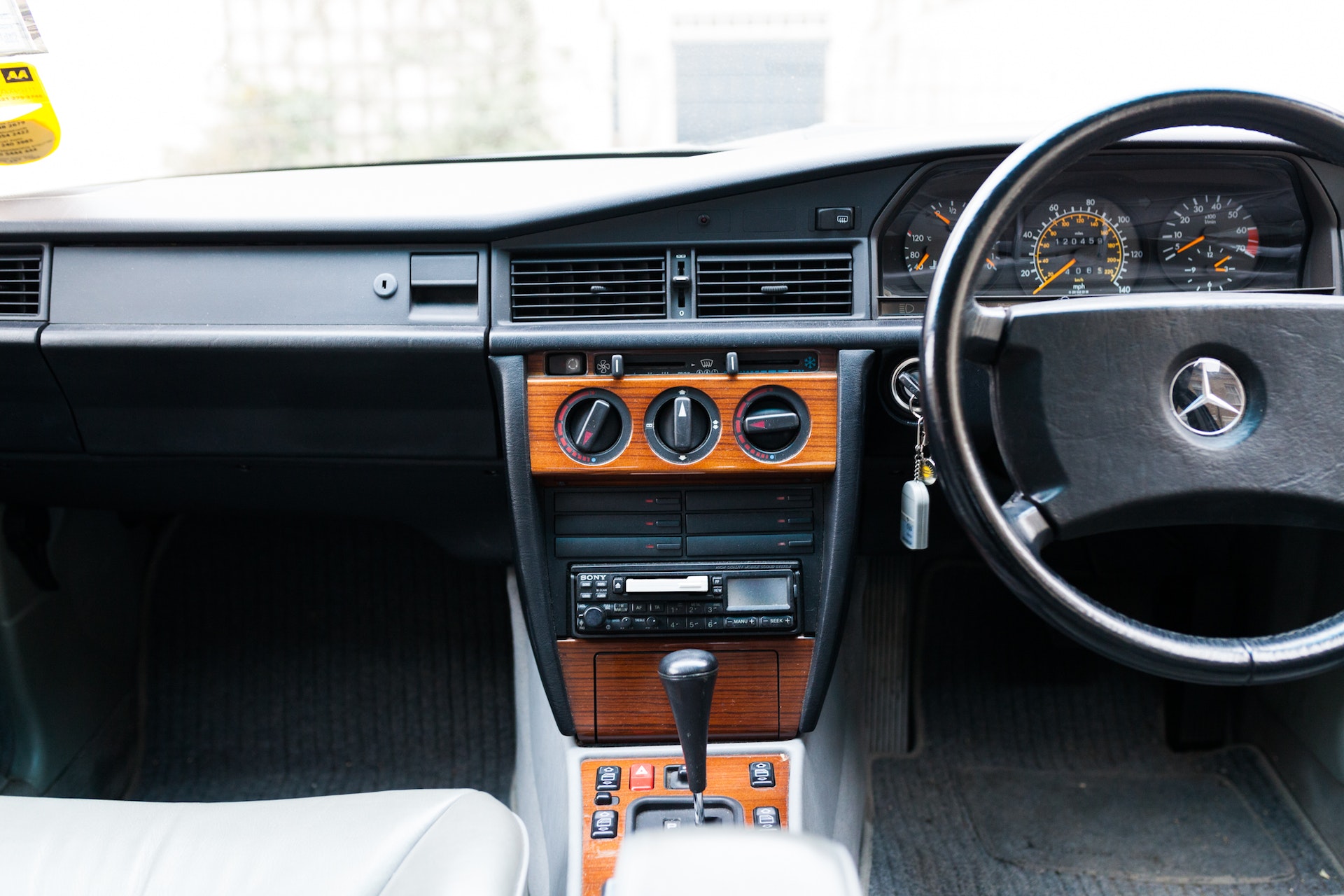 From 1990 to 1997, the car was cared for by various Mercedes-Benz main dealers. In 1998, it was first seen by Len Shires Motors, then of South Kensington, and it has been serviced by that same business for the last 21 years. 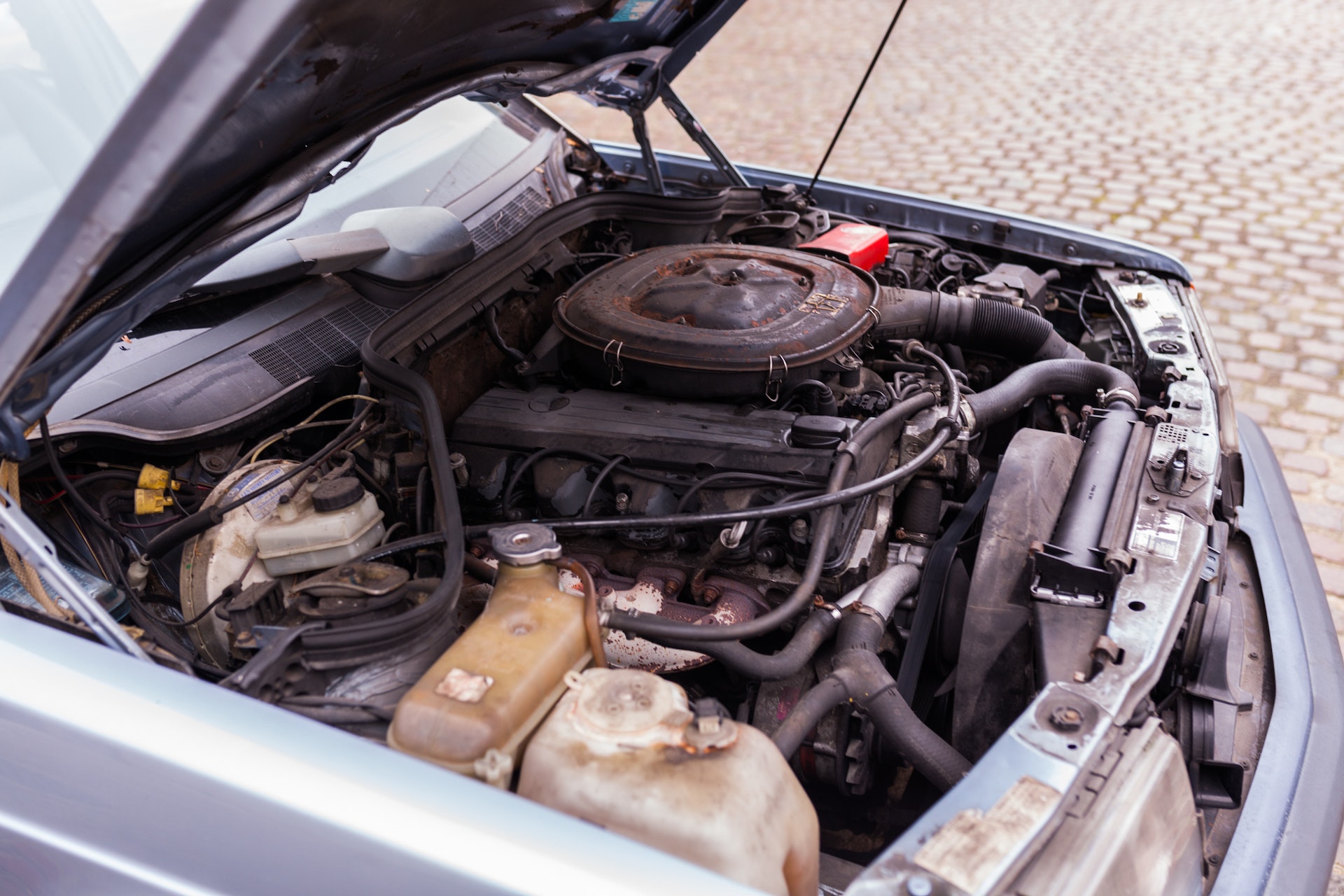 Its last MOT was on 4 June 2019 at 120,068 miles, which resulted in a first-time pass with no advisories. The last 13 years of MOT history is available to view online, and the only items flagged during this period have involved straightforward replacement of individual parts. There has never been a note in any of these regarding corrosion. 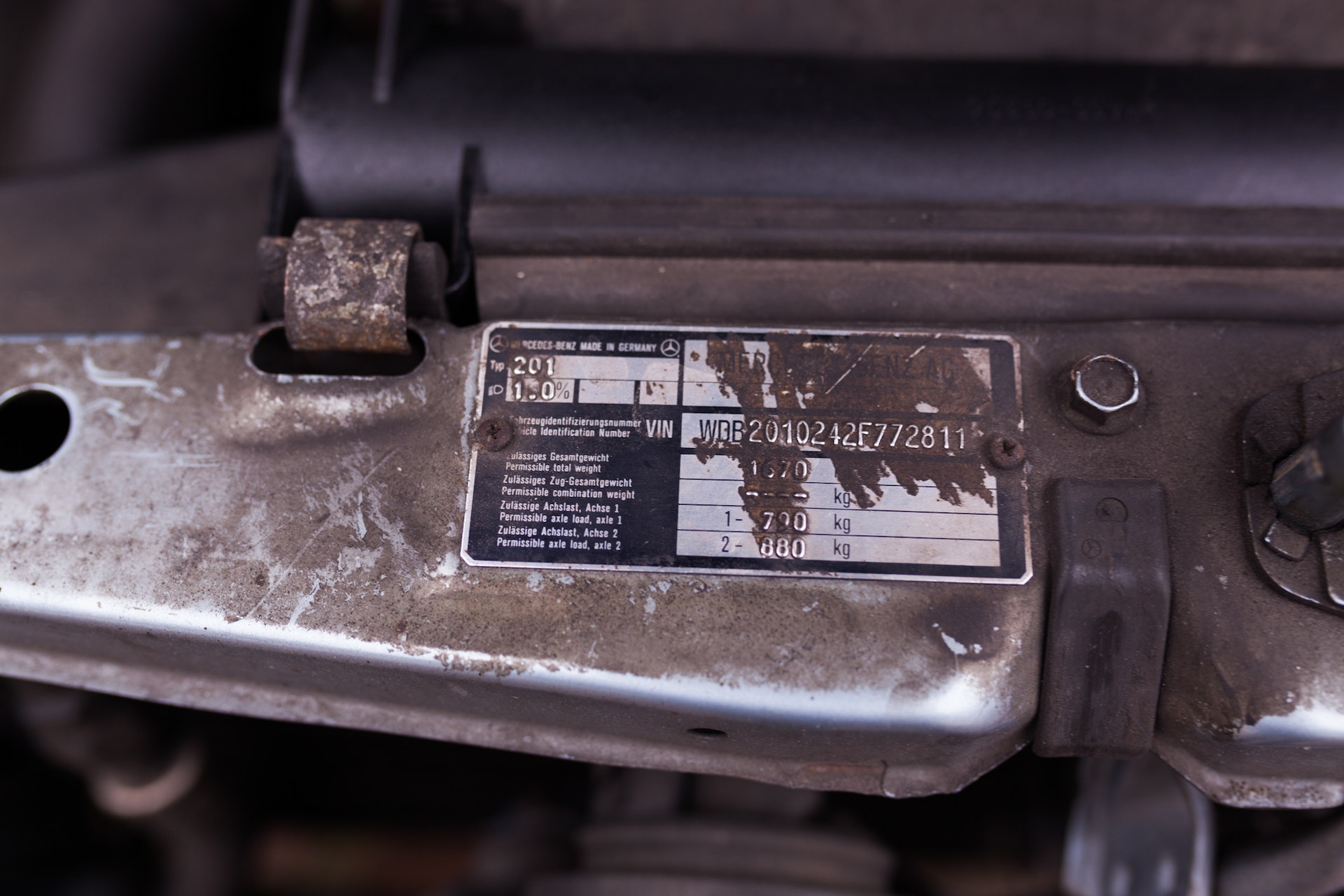 The car is currently off the road and stored in a secure, dry garage. It has been diagnosed with a failed head gasket due to oil in the combustion chamber, and will also need a new battery to get up-and-running again. The most recent record of scheduled maintenance at Len Shires is from March 2017, when the car was given an annual service as well as a new alternator belt and tensioner. 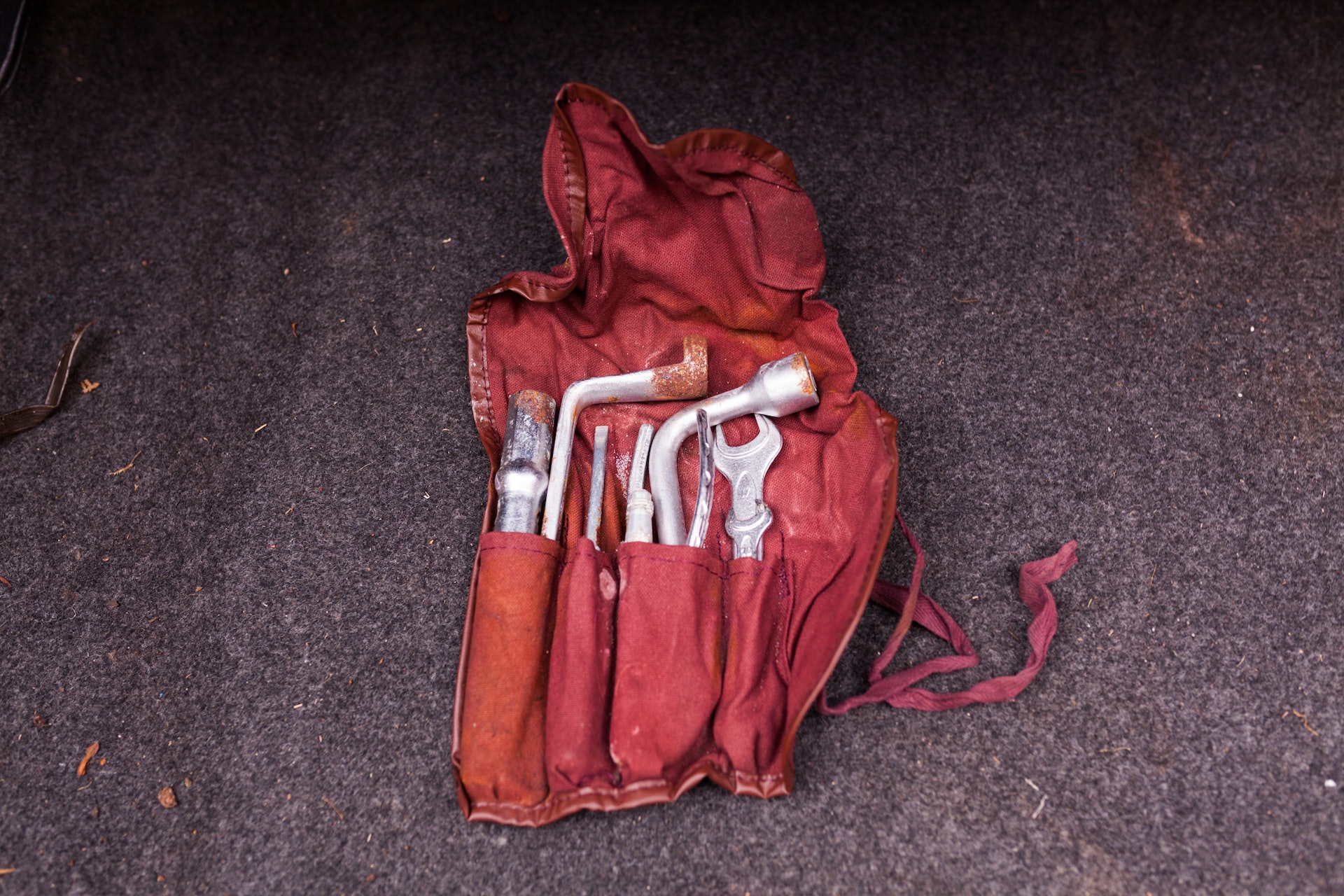 Its wheels are fitted with Pirelli Cinturato P4 and Nexen N Blue tyres on the front axle and a pair of Michelin Energy tyres at the rear, all in size 185/65 R15. The tyres are all in sound condition with a good level of tread remaining. 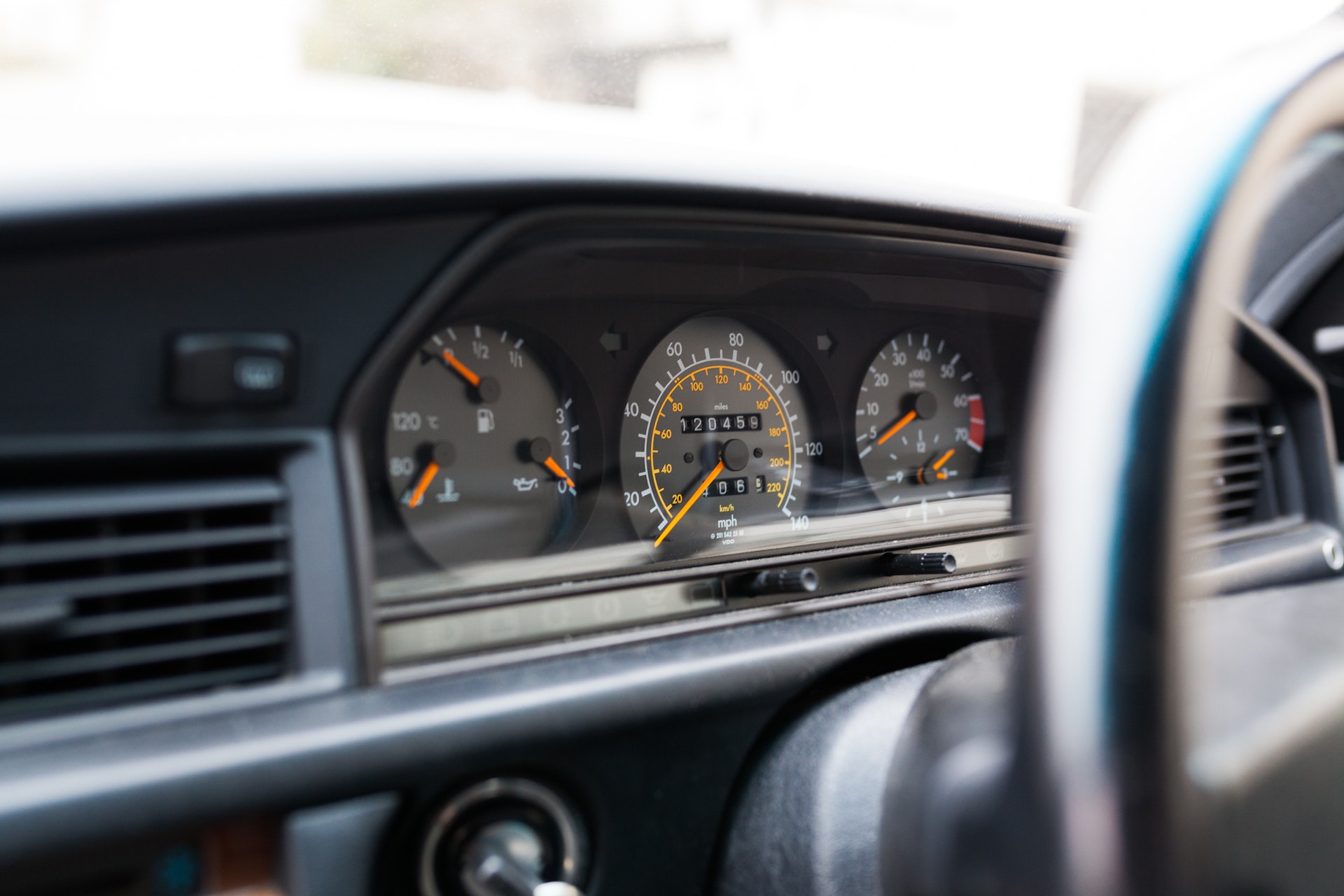 Accompanying the car are all of the original books, including owner’s manual, guarantee booklet, stamped service record, workshop directory and the stereo user guide. Even the original first aid kit is still present. 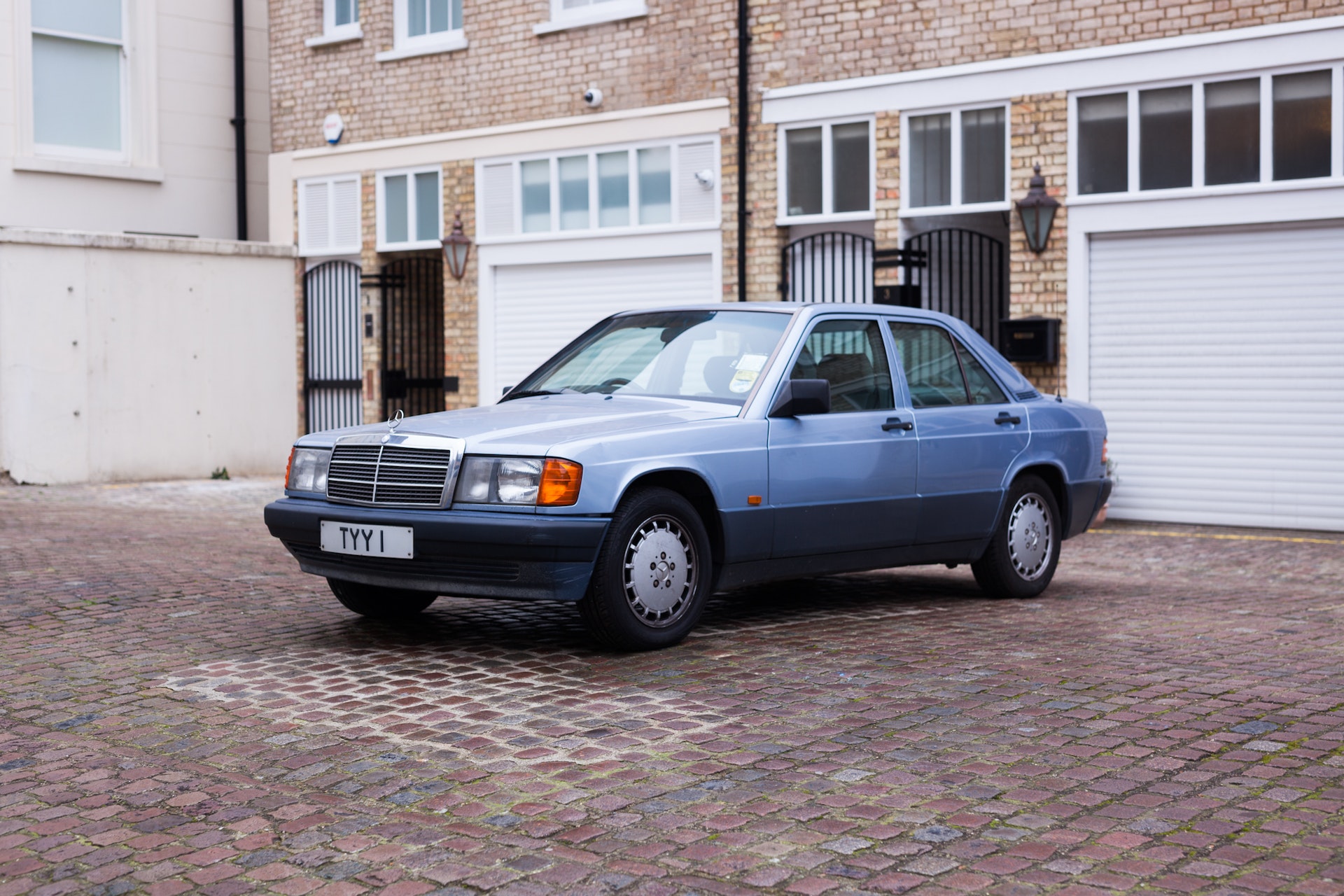 While the ‘TYY 1’ number plate is the more financially valuable part of this pairing, the Mercedes-Benz 190 E that it currently adorns is an honest and original car that has spent the majority of its life as regular urban transport. Unfortunately, the introduction of the ULEZ charge now makes it uneconomical to retain and use this model of Mercedes-Benz in London, but this could make a great daily driver classic once the gasket repair is carried out.

Summary of mileage history from service and MOT records: