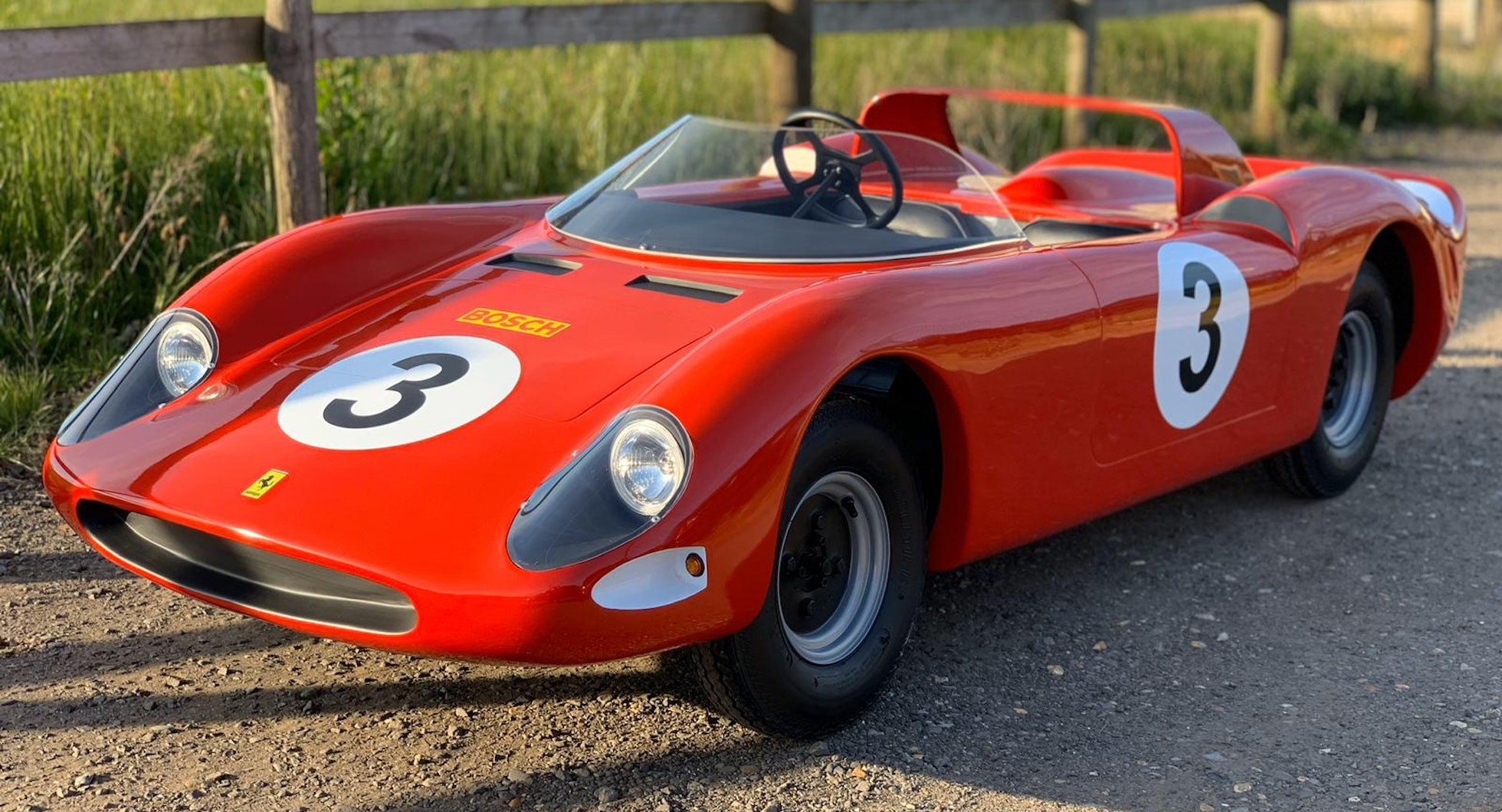 This Ferrari 275 P2 children’s car is a wonderful ‘half scale’ tribute to a successful racer of the 1960s. It is powered by a compact four-stroke engine producing around 4.5 horsepower, which can propel the car up to a top speed of around 15 mph. Braking is by discs with a mechanical piston caliper. 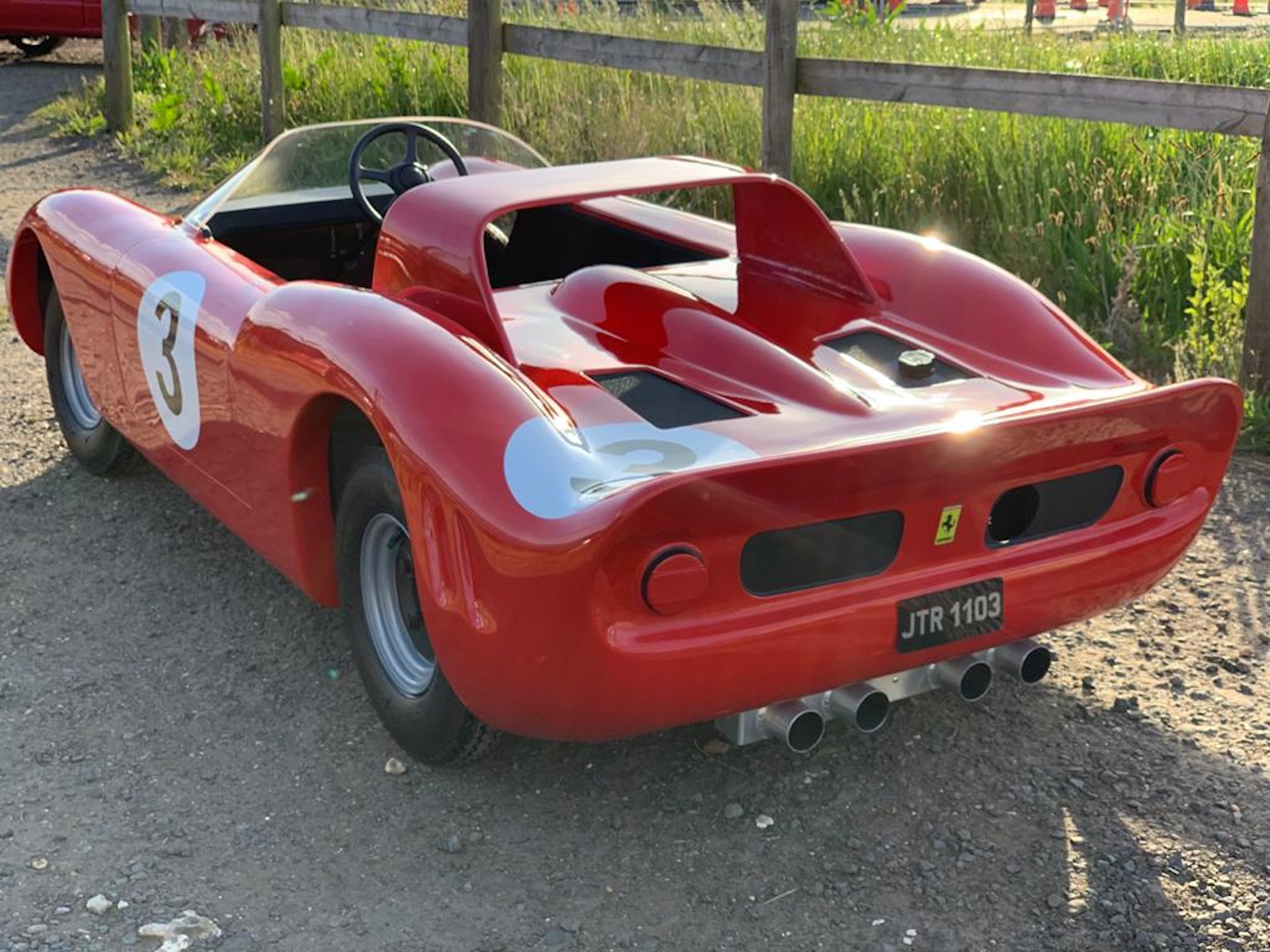 Following on from the Le Mans-winning 250 P, the Ferrari 275 P2 was successful in its own right, claiming the overall titles at the 1000 km of Monza and the Targa Florio in 1965. The body of this half-scale working replica has some charming attention to detail, down to the position of the vents in the bonnet, wings and rear deck, and even the presence of the central hump over the engine bay. 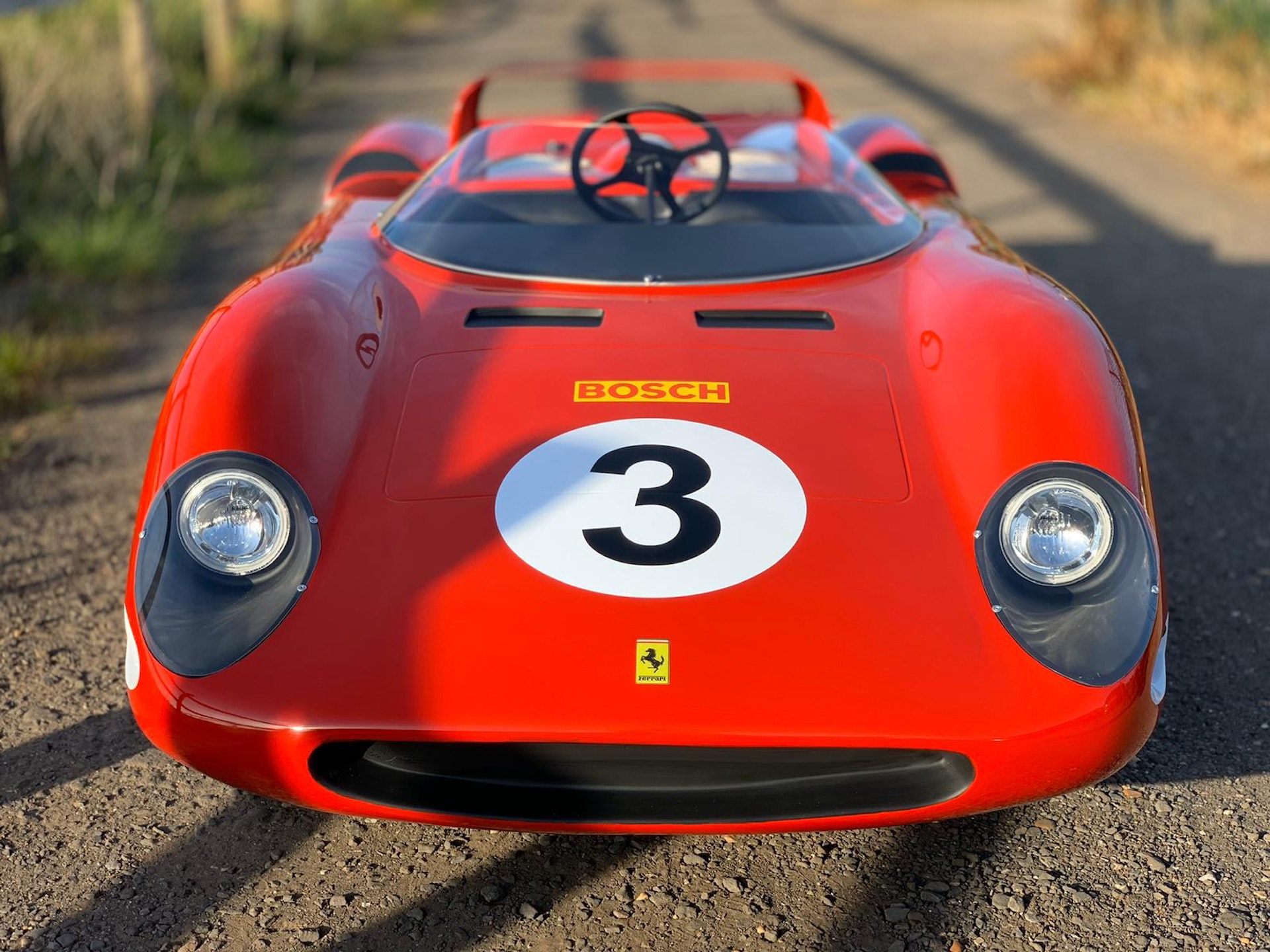 It was constructed around five years ago in the UK, and is in as-new condition, having remained a show piece rather than a toy. The seller states that this mini 275 P2 is suitable for most children aged five years or older, and they note that even an adult should be able to squeeze in for a drive if they want. The overall dimensions are approximately 2 metres in length and 0.9 metres in width. 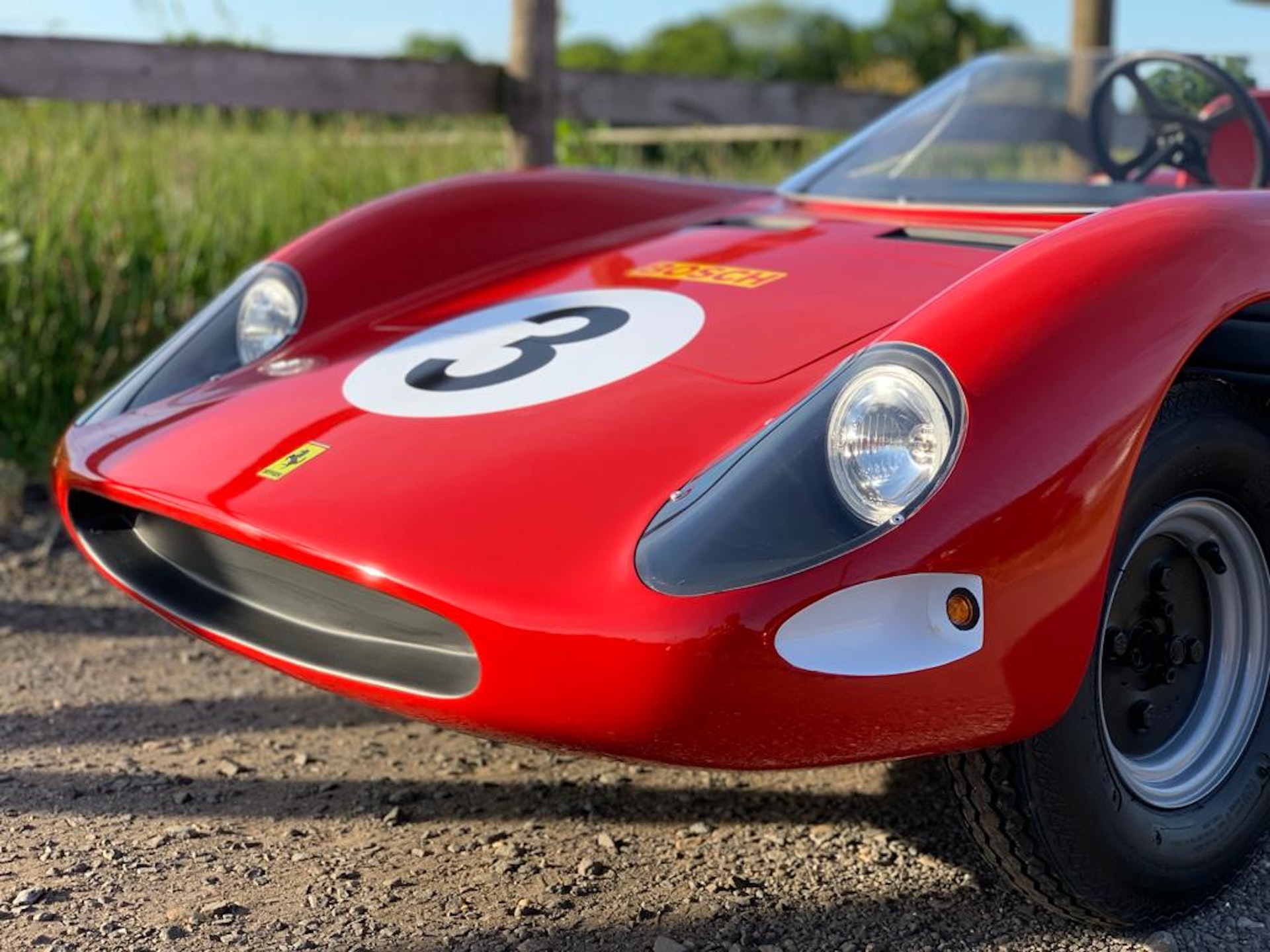 The bespoke box-section chassis is manufactured in steel and is powder-coated, and the bodywork is composite glass-reinforced plastic. It rides on steel wheels with satin black centres, which are shod with a set of pneumatic tyres. 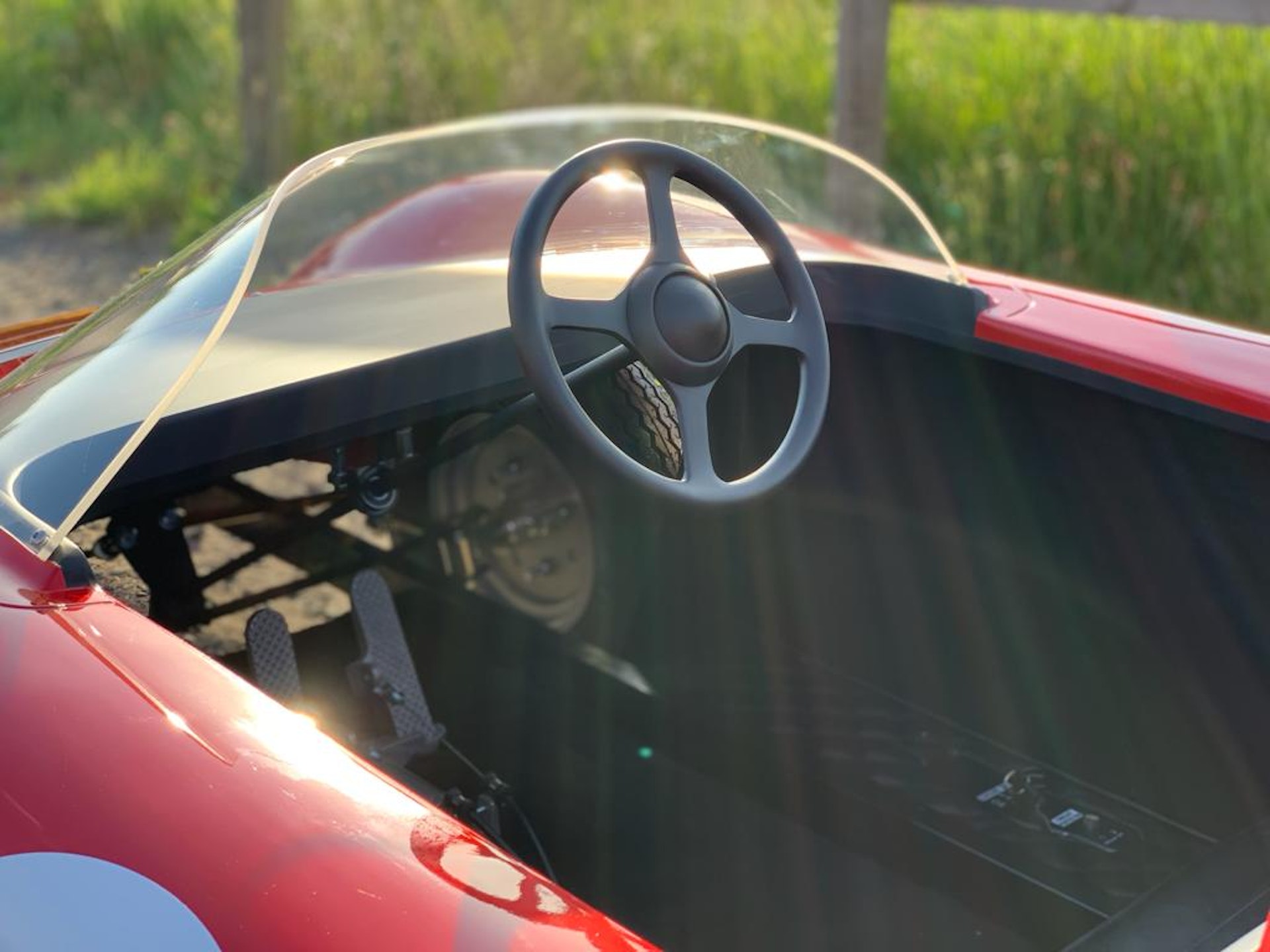 Its interior is a simple but smartly trimmed place to sit. The four-spoke steering wheel and pedals are mounted centrally, and there is even a proper ignition key panel to start the engine, as well as working headlights. The bench seat is trimmed in black leather, and there are also diamond-quilted leather panels at the edges of the cabin, and black carpeting for the floor. 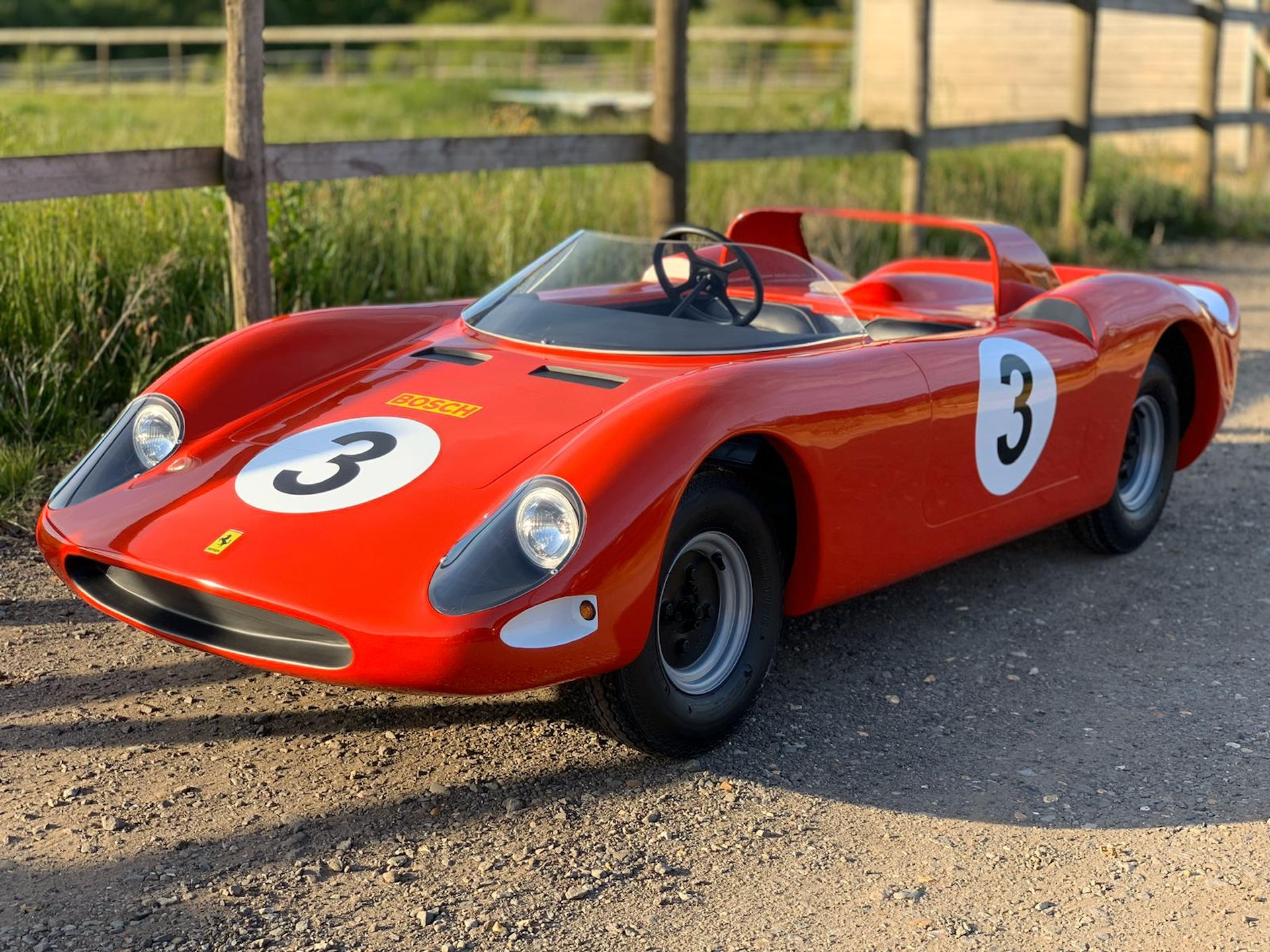 This Ferrari 275 P2 children’s car would be a wonderful gift for any junior racing fan, especially one who is already passionate about the Prancing Horse. With only four or five examples of this model understood to have been built, it is also an appealing collector’s item in its own right. Presented in as-new condition, this half-scale racer is ready to enjoy from behind the wheel, or as an eye-catching centrepiece in any garage full of classic vehicles.