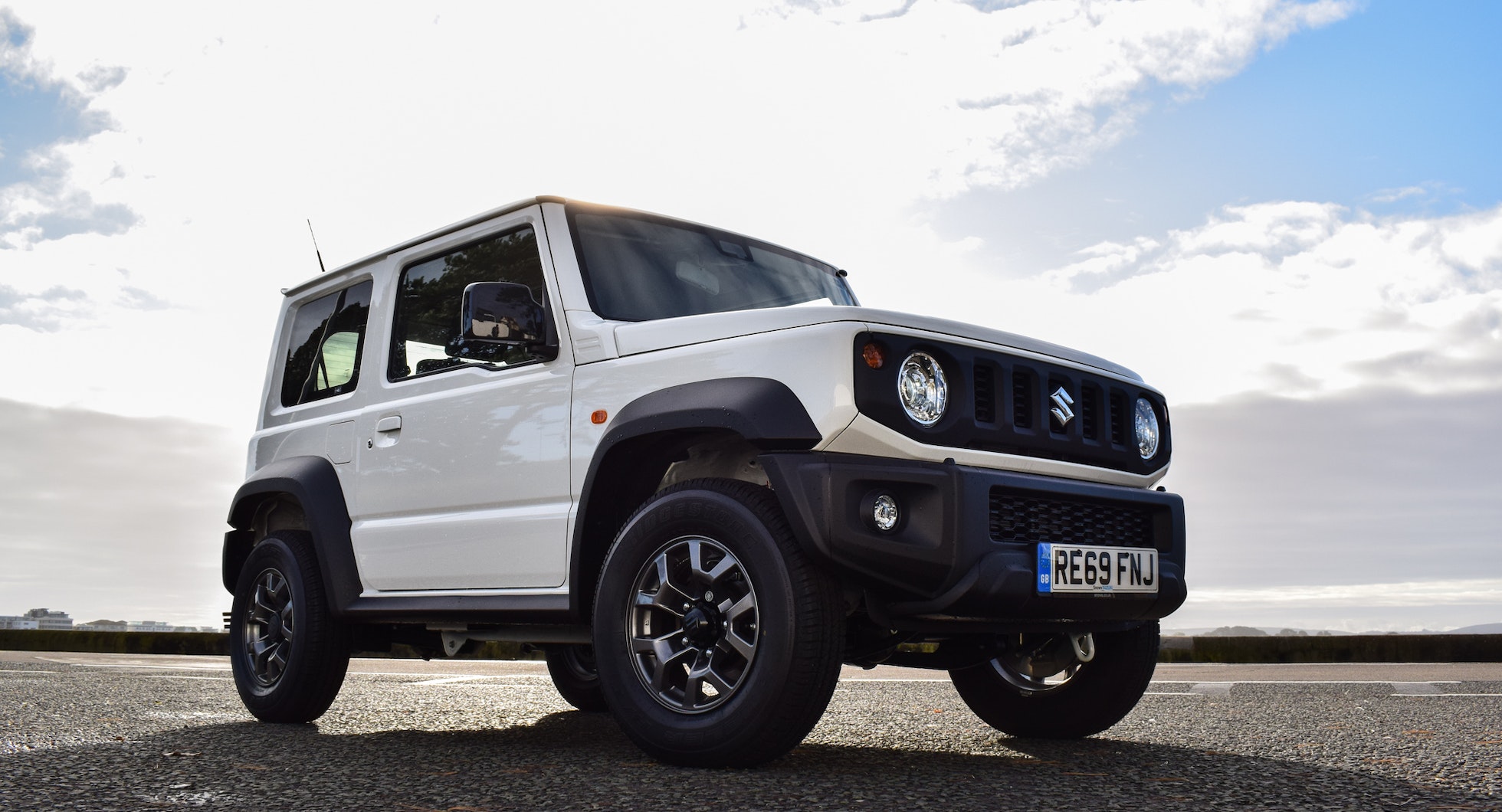 This 2019 Suzuki Jimny SZ5 is a compact SUV with chunky looks and undeniable charm, and represents an opportunity to beat the waiting list for this very popular new model. Its 1.5-litre four-cylinder engine produces 101bhp, with ‘Allgrip’ selectable two- and four-wheel drive - including a low-range transfer gear - via a five-speed manual transmission. This is a brand-new car, with just 14 miles on the odometer. 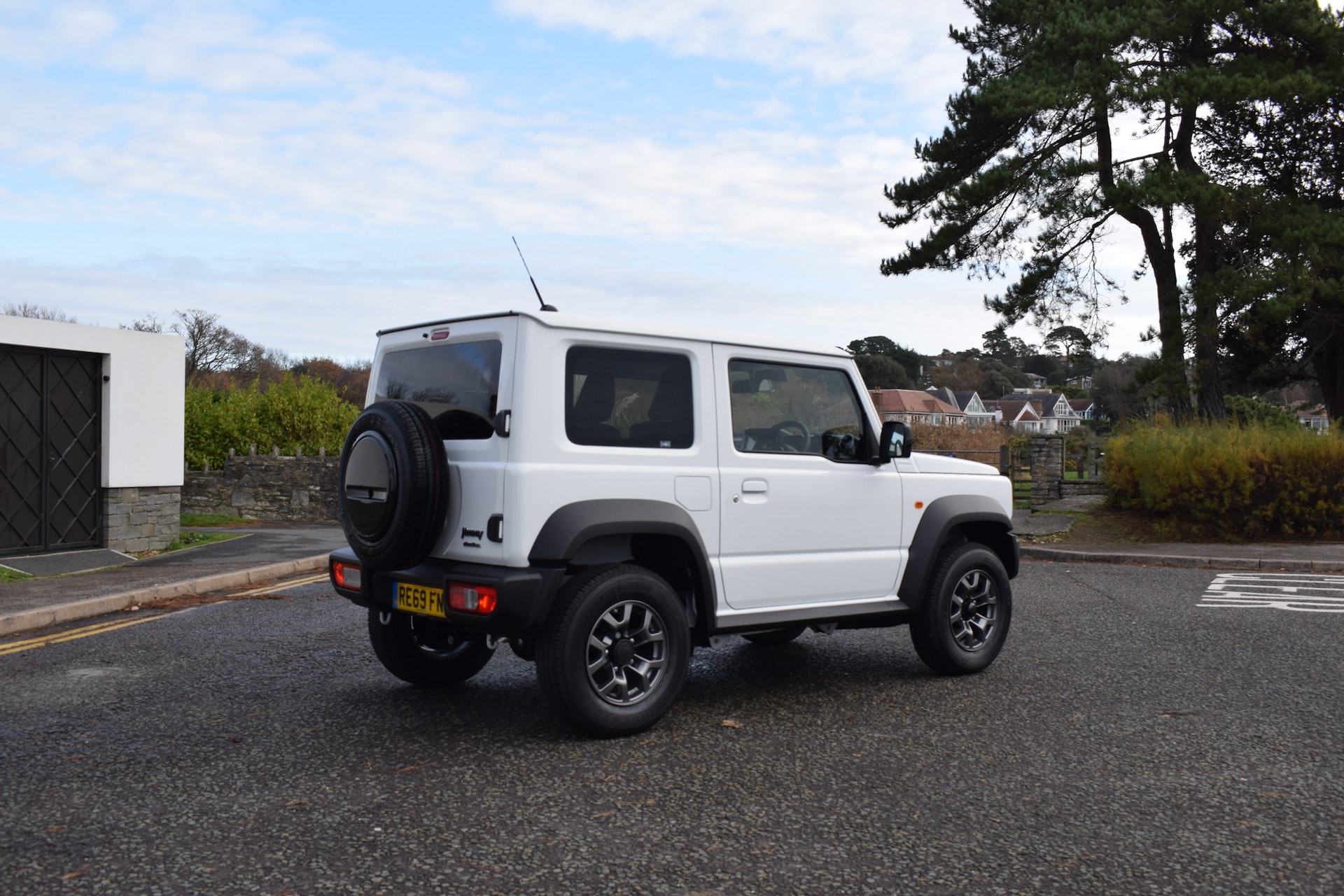 The Jimny’s Euro 6 engine has an official CO2 emissions rating of 154g/km, and is exempt from the Ultra Low Emission Zone (ULEZ) charge in London. The next owner will also benefit from the fact that the initial road tax payment of £530 has already been made. 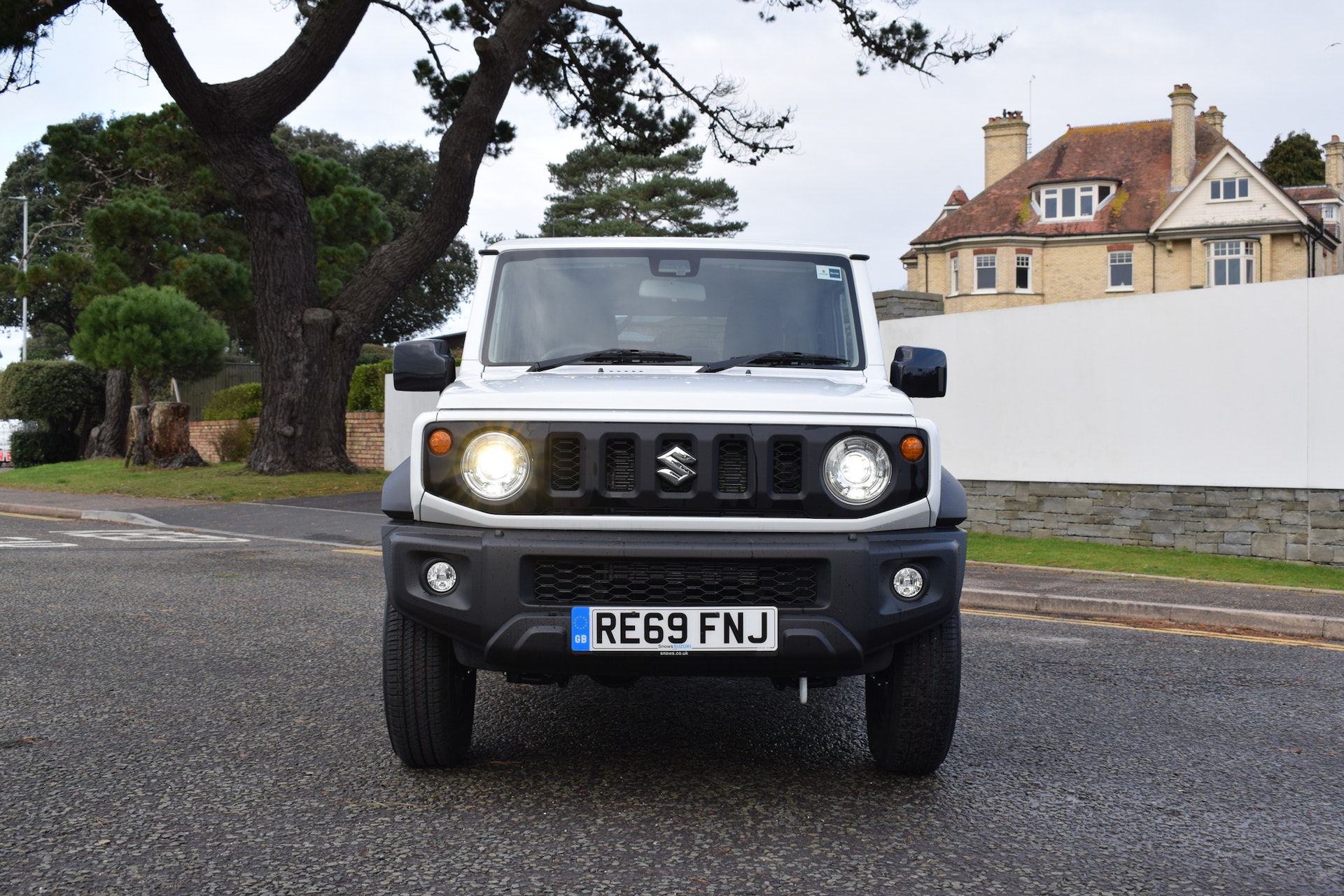 Its bodywork is finished in Superior White, which is of course in as-new condition. The wheel arches are durable plastic extrusions, which house satin grey 15-inch alloys that are pristine. It is equipped with Bridgestone Dueler H/T tyres in size 195/80 R15 all round, which are M+S (Mud and Snow) rated. A full-size spare wheel is also mounted on the rear door. 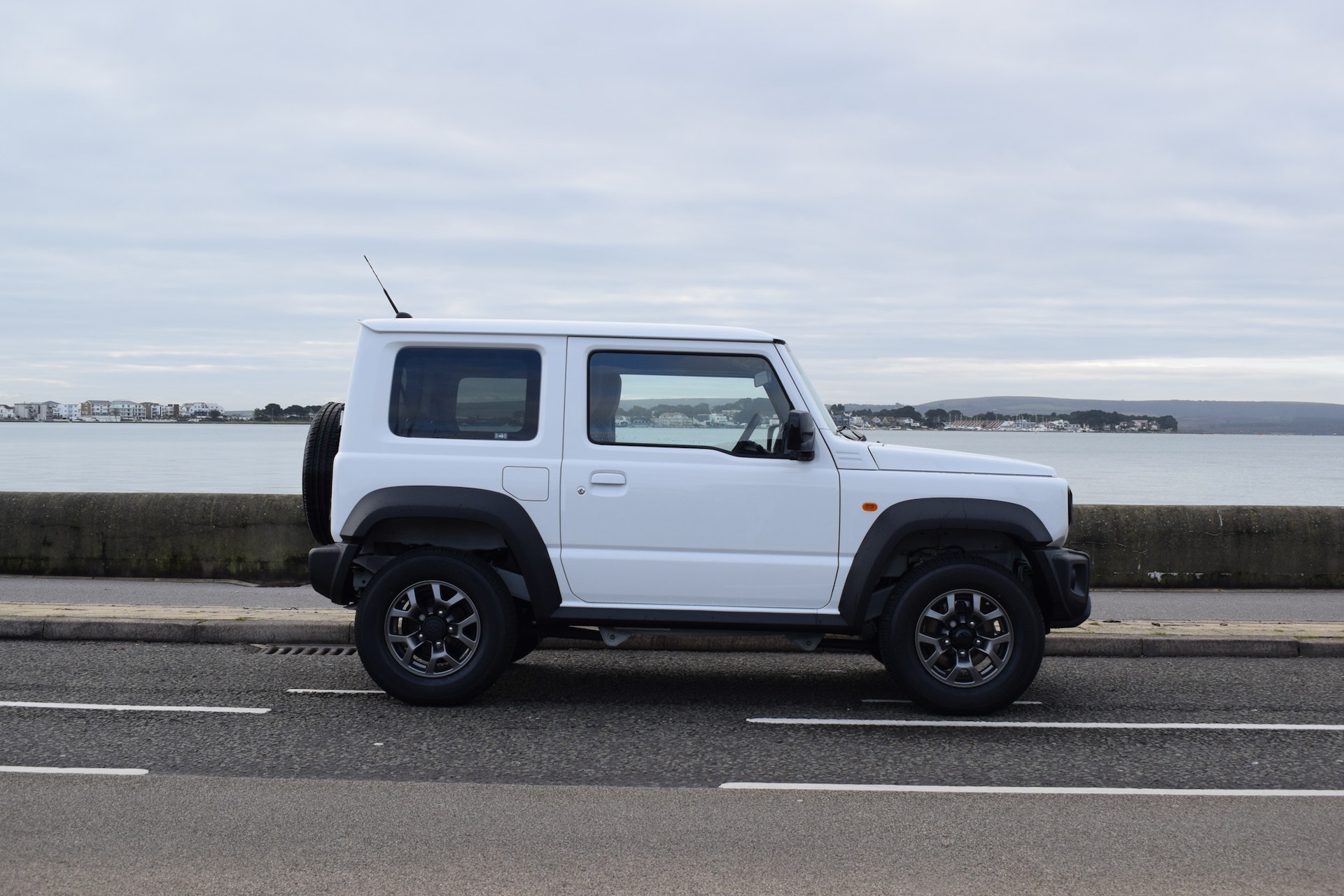 The interior colour scheme is simply called ‘Tough Durable Black’, and includes scratch- and stain-resistant plastics as well as hard-wearing fabric seat upholstery. The front seats are heated, as are the door mirrors. With the rear seats folded flat, there’s a convenient 377-litre load bay. Air-conditioning is fitted as standard. 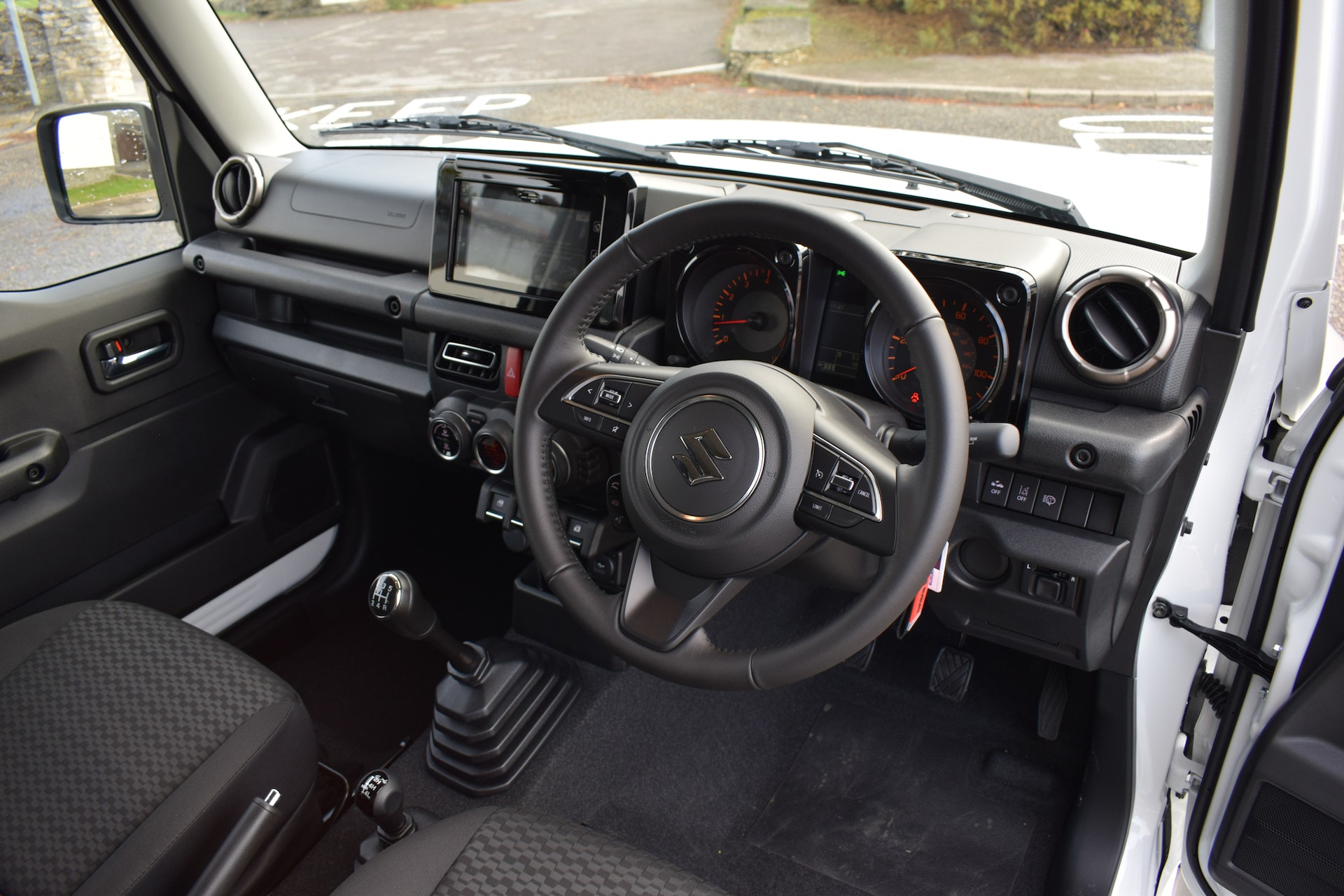 Its cabin is also equipped with cruise control, satellite navigation, Bluetooth connectivity and smartphone link functionality. There are USB and 12-volt sockets in the centre console, as well as an MP3-compatible CD player and DAB digital radio receiver. Safety features include automatic emergency braking, lane departure warning, and front, side and curtain airbags. 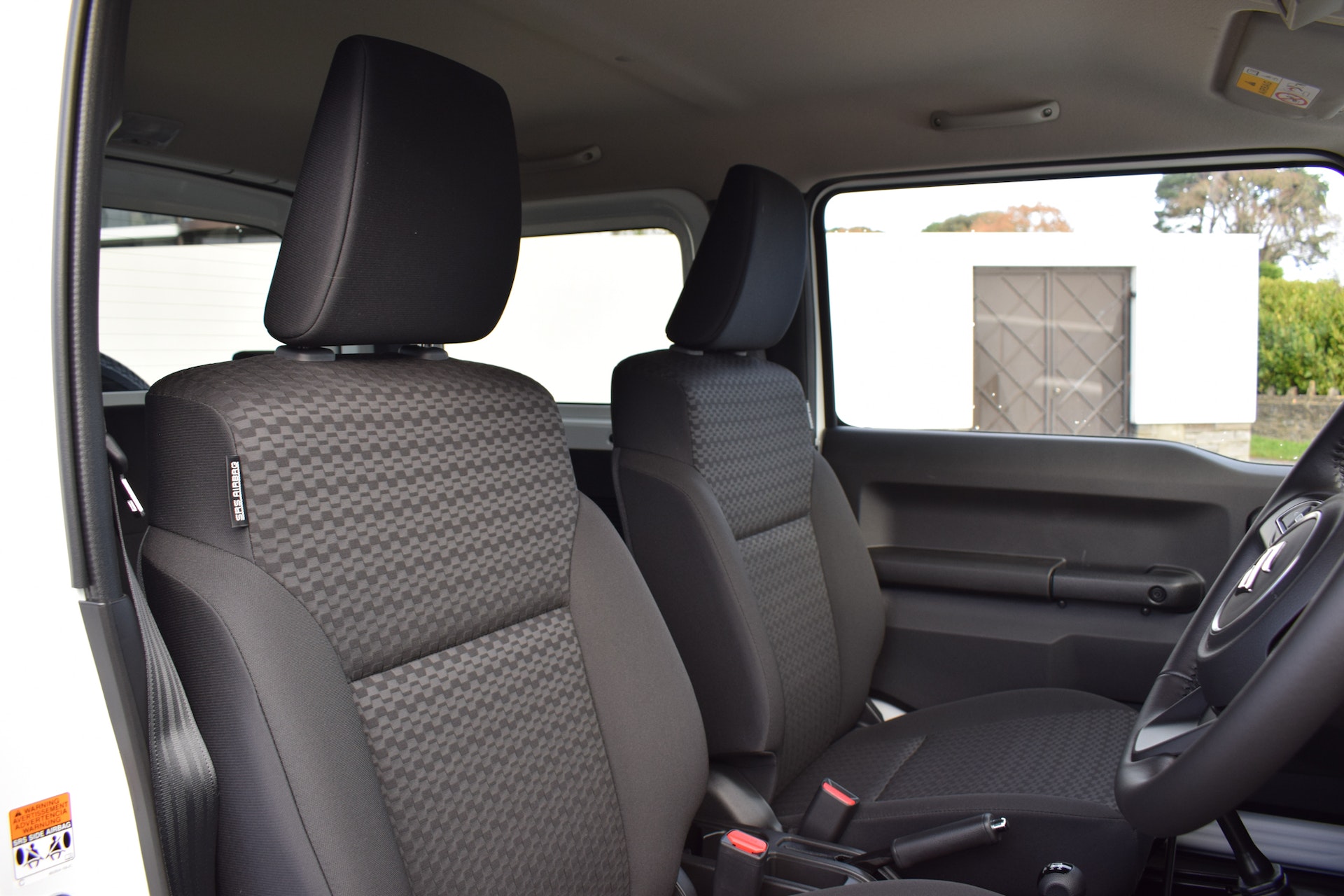 Accompanying the car is all of the original sales literature and handbooks, as well as all the keys and accessories that were supplied by the main dealer when it was delivered. 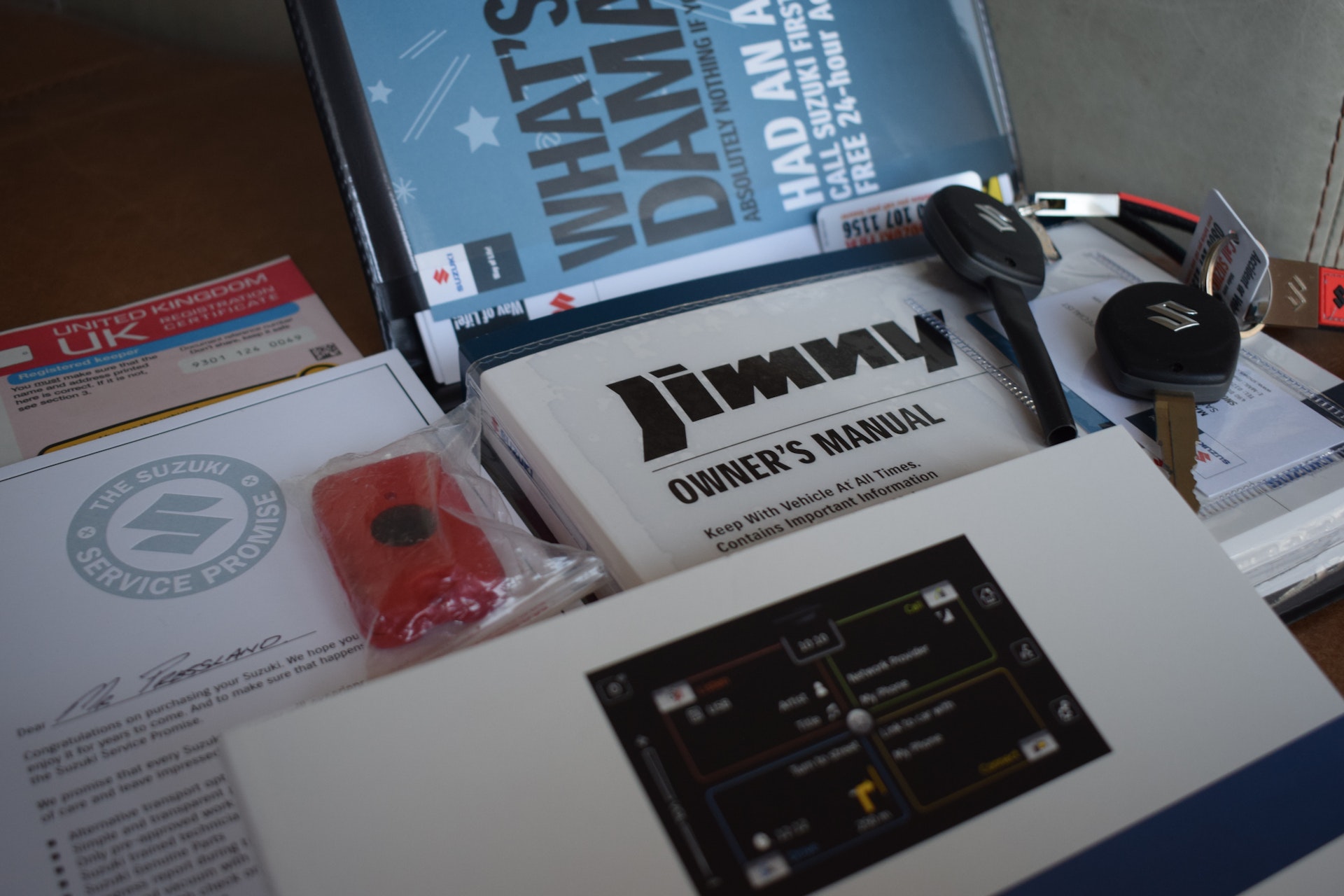 The new Jimny is a sought-after model with chunky styling and lovable image, but it is also very capable off road. Within its verdict of the new model, Auto Express magazine stated: “Judge the new Suzuki Jimny as a 4x4 workhorse to be used over the roughest terrain without complaint and it’s a five-star car”. 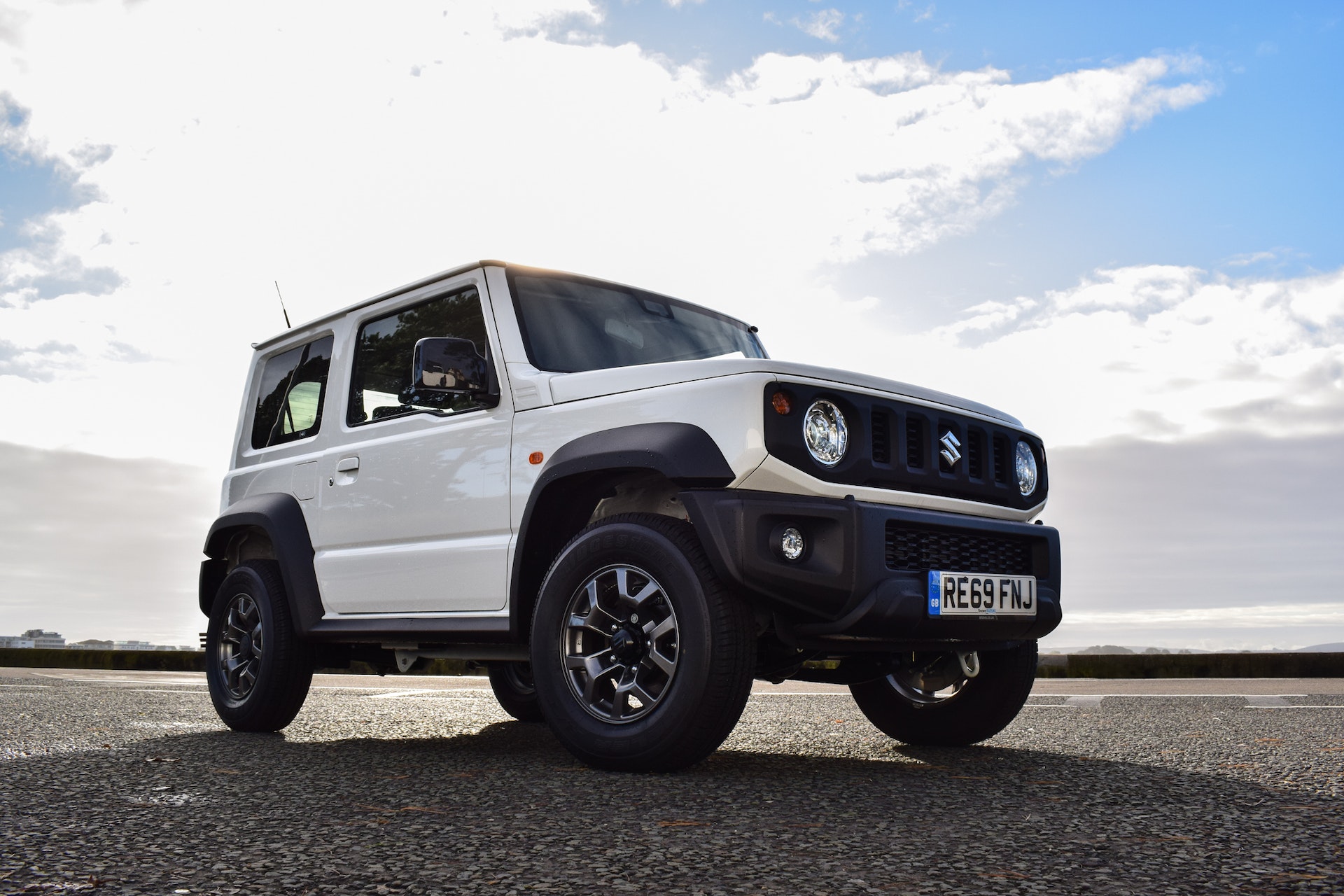 This brand-new Suzuki Jimny is a pristine example of a compact car that is in high demand. With a generous specification in SZ5 trim, it is packed with enough technology and creature comforts to be used as a capable daily driver. Of course, where it really excels is off road, and this Jimny needs nothing before tackling all manner of tough terrain.