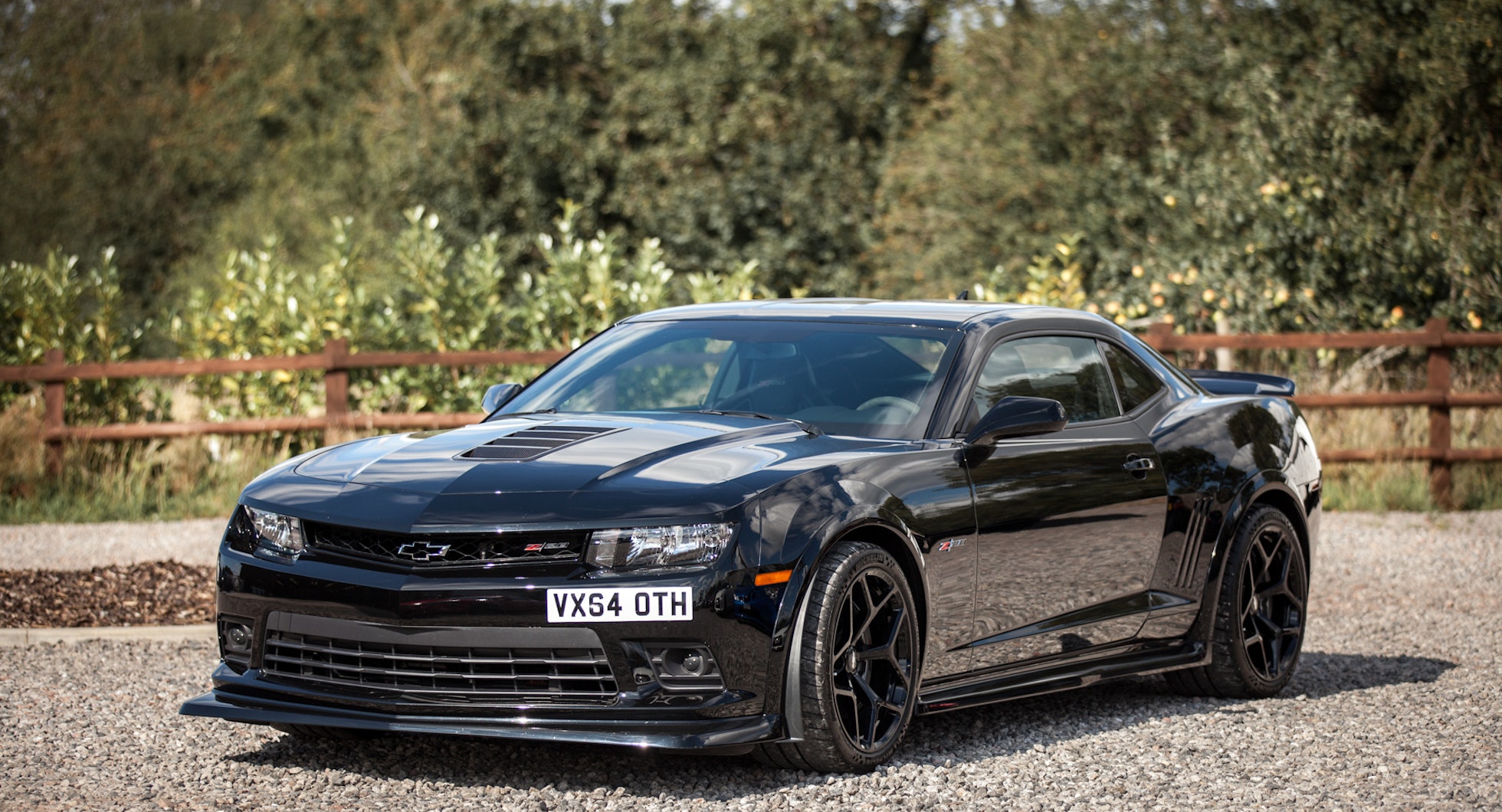 This 2015 Chevrolet Camaro Z/28 is a high-performance American muscle car in superb condition. Imported as a brand-new car in 2015 by Litchfield Motors, it was sold to journalist and presenter Chris Harris in autumn 2017 when it had just 223 miles on the clock. Believed to be one of only five such cars in the UK, this Z/28 has now covered 7,962 miles from new. 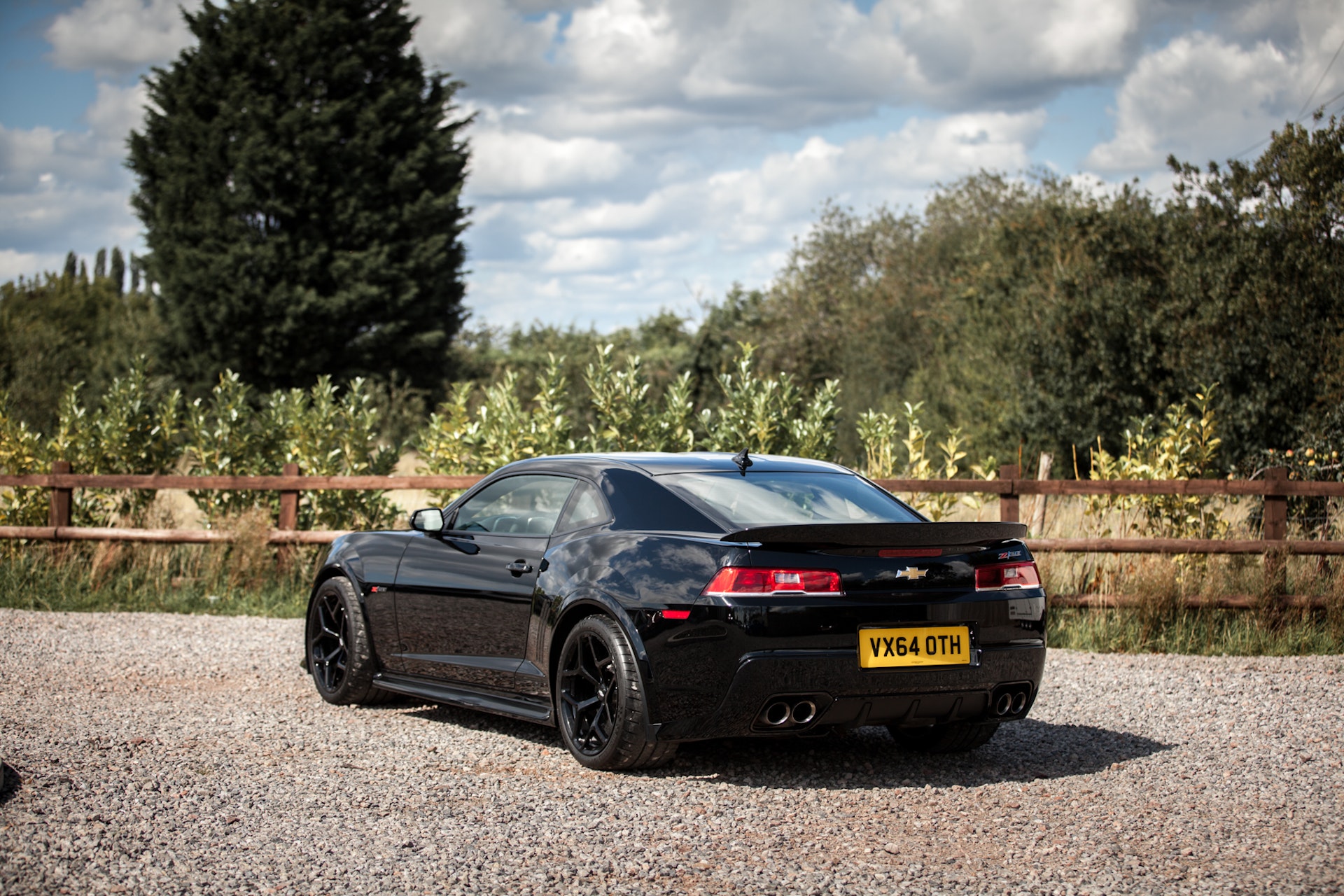 The winning bidder will be invited to a race track in the south west of England for a personal handover by Chris, to include some hot laps of the circuit and a slap-up lunch at the venue. This is a great opportunity to acquire a thrilling V8 coupe direct from one of the motor industry’s most respected pundits. 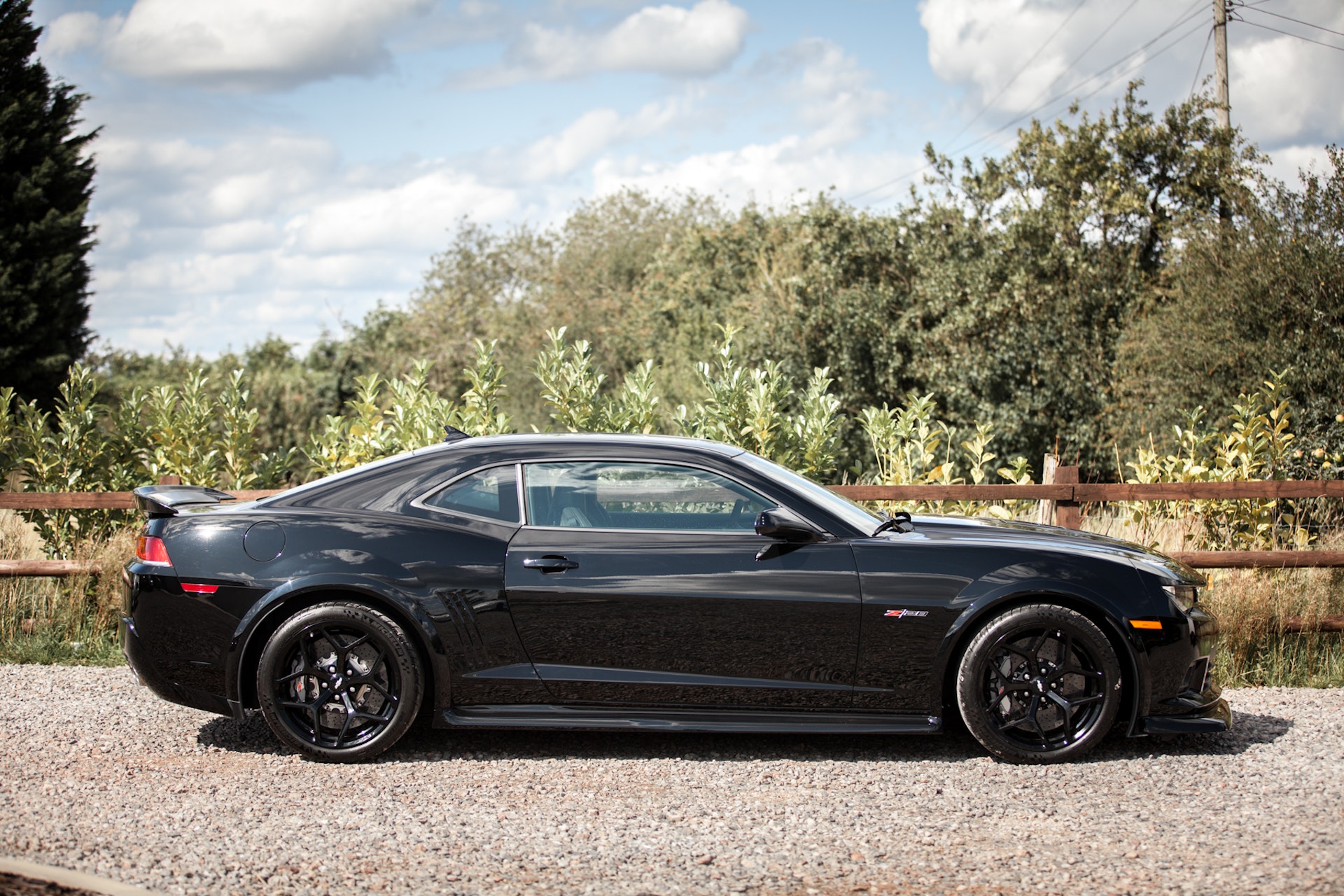 Power comes from a naturally-aspirated 505hp 7.0-litre LS7 V8 co-developed with Corvette Racing, featuring a cast aluminium block and heads. It is driven through a Tremec TR-6060 six-speed manual transmission, coupled to a limited-slip differential with a helical gear set. 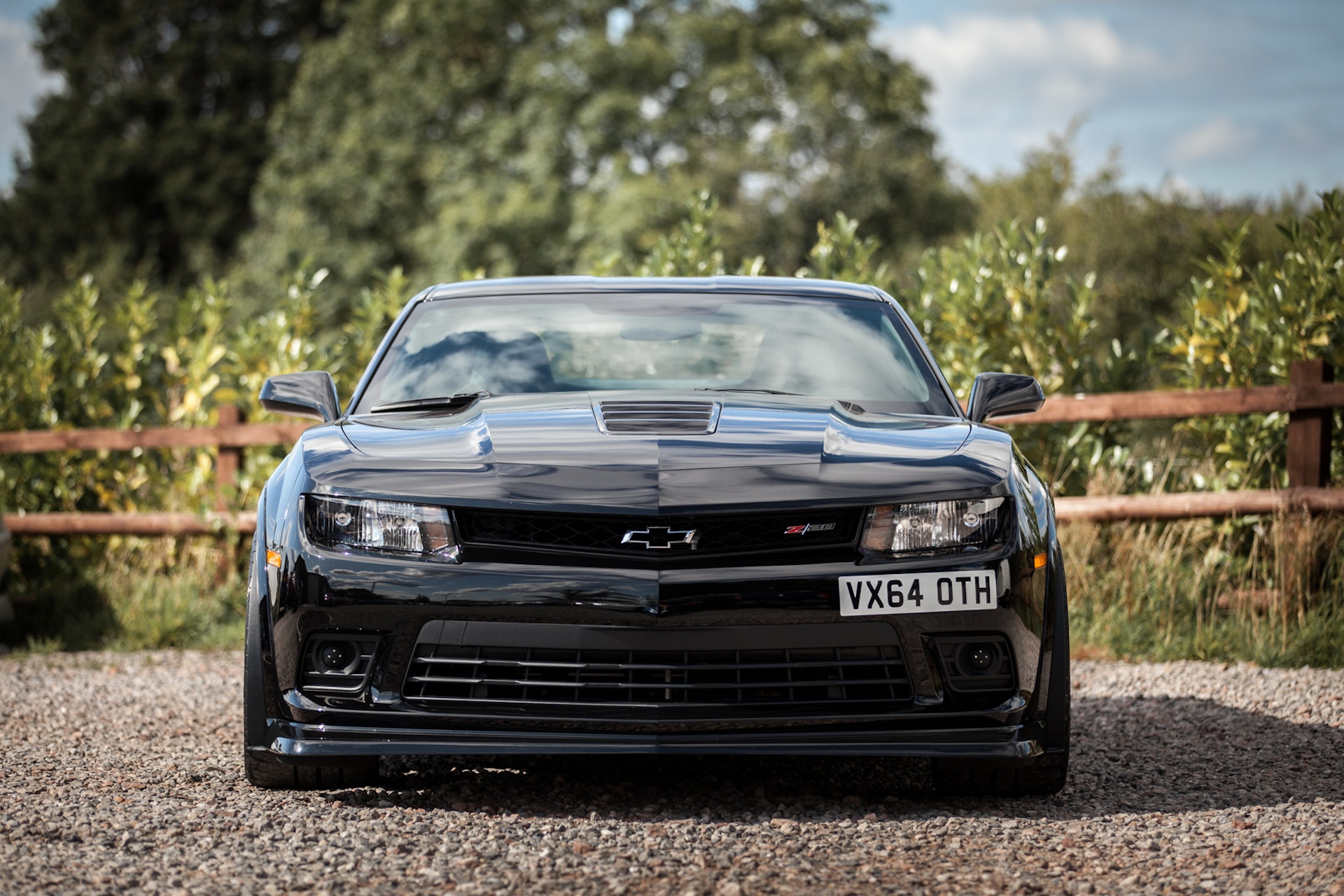 The chassis is supported by Multimatic’s motorsport-derived Dynamic Suspensions Spool Valve (DSSV) dampers - the first time they were ever fitted to a volume production car - which deliver hugely impressive accuracy and predictability. An aerodynamic package unique to the Z/28 comprises a large front splitter ahead of flush underbody panels, flared wheel arches, a more steeply-raked rear spoiler, and a functional diffuser between the two pairs of tail pipes. 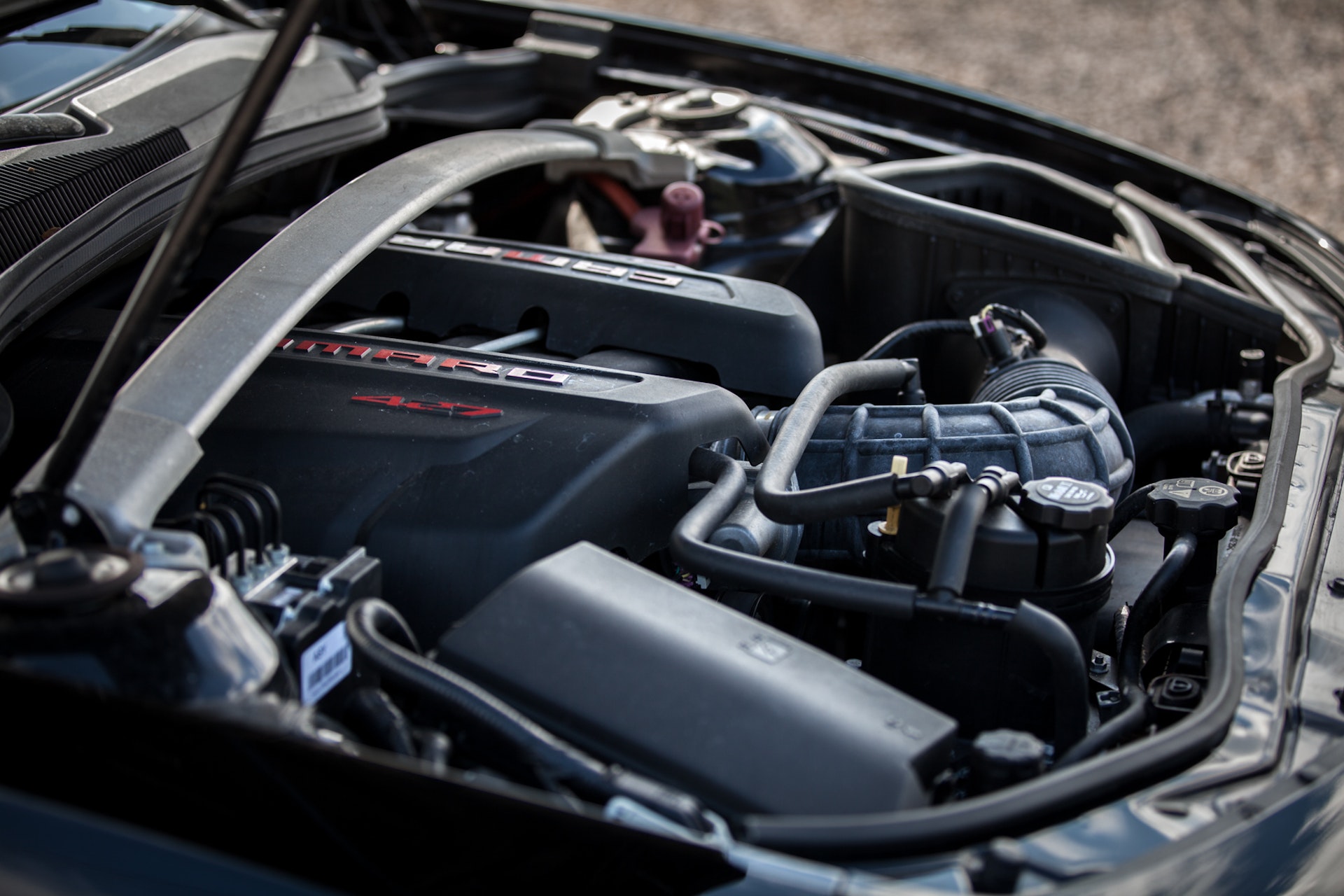 Chevrolet’s focus on stripping out unnecessary weight and electrics extended to almost every aspect of the car. The interior sound deadener and carpeting from the boot was removed, and the rear window used glass that was 9% thinner than on the standard car. Its xenon headlights and fog lights were switched out, and even the air-conditioning was optional. All of this contributes to the Camaro Z/28 weighing in at around 130kg less than a Camaro ZL1. 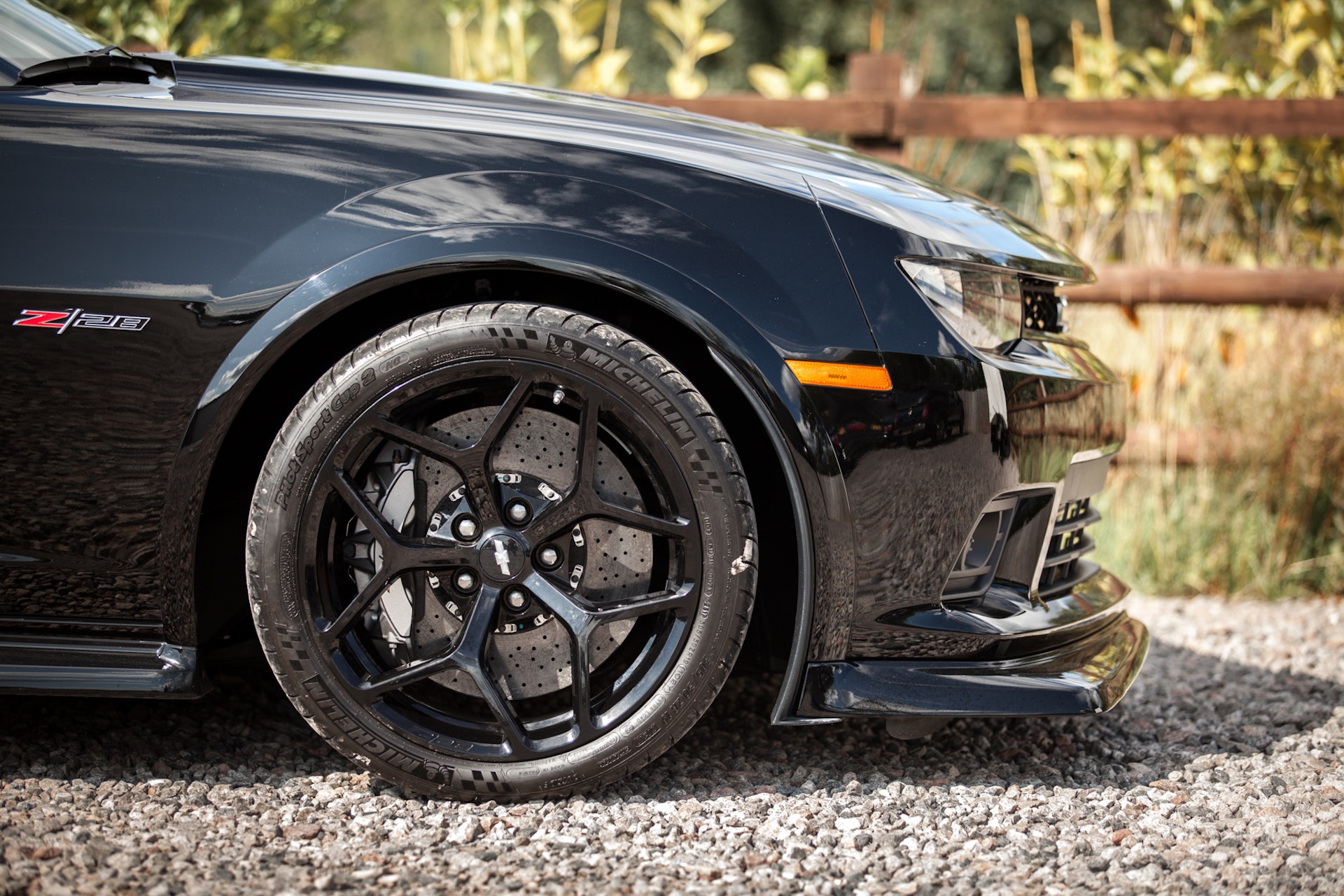 The black paintwork of this car is in excellent condition. Prospective buyers should review all of the photos in the media gallery below to fully appreciate the quality of the finish. There are no modifications to the exterior, and the car sits on the original set of gloss black 19-inch alloys. Behind the wheels are substantial Brembo Carbon-Ceramic Matrix (CCM) brake discs and monoblock calipers. 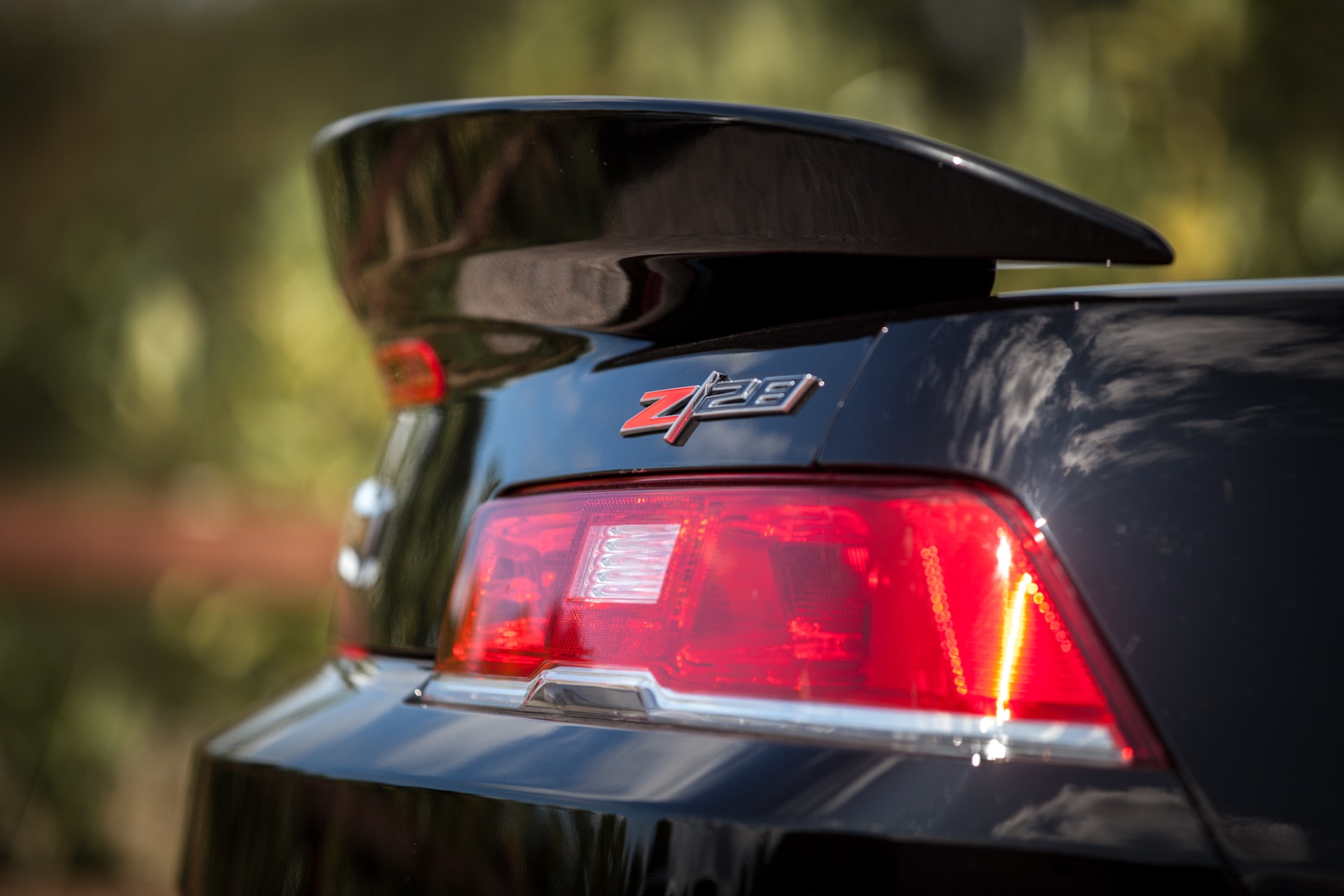 Inside, the condition of the cabin trim and upholstery is first-rate. The Recaro seats are trimmed in black leather with suede centre panels, and feature manual adjustment. There is little sign of any wear and no discolouration whatsoever to the leather. Ahead of the driver, the steering wheel is trimmed in dark grey suede. The same finish is present on the dashboard centre panel, around the instrument binnacle, and on the gear knob. 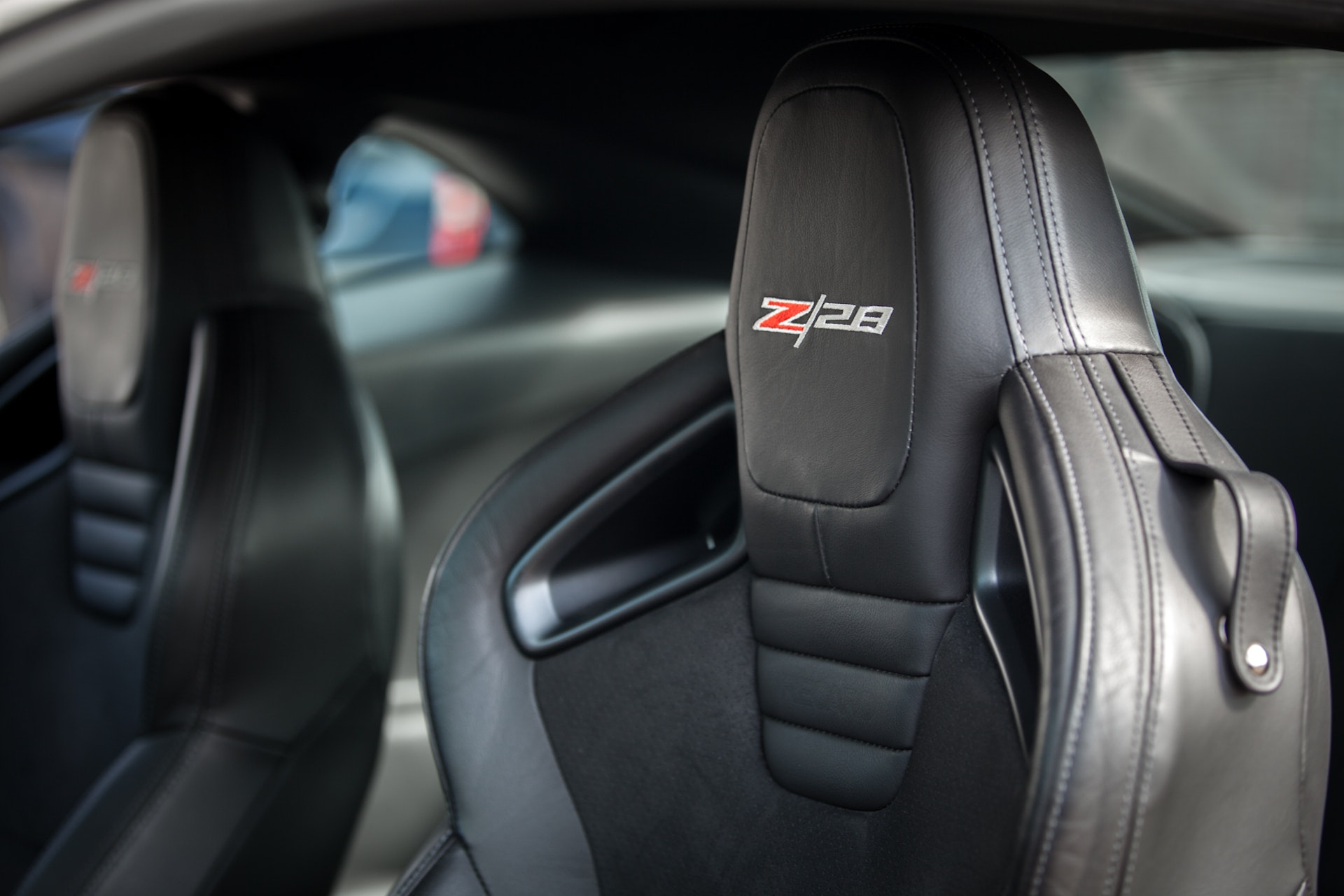 Under the bonnet, the engine bay is very clean and the motor is completely stock Z/28. It is in fine mechanical fettle, having last been serviced by Litchfield in December 2018. Prior to that, it was also serviced in September 2017 before the handover to Chris. 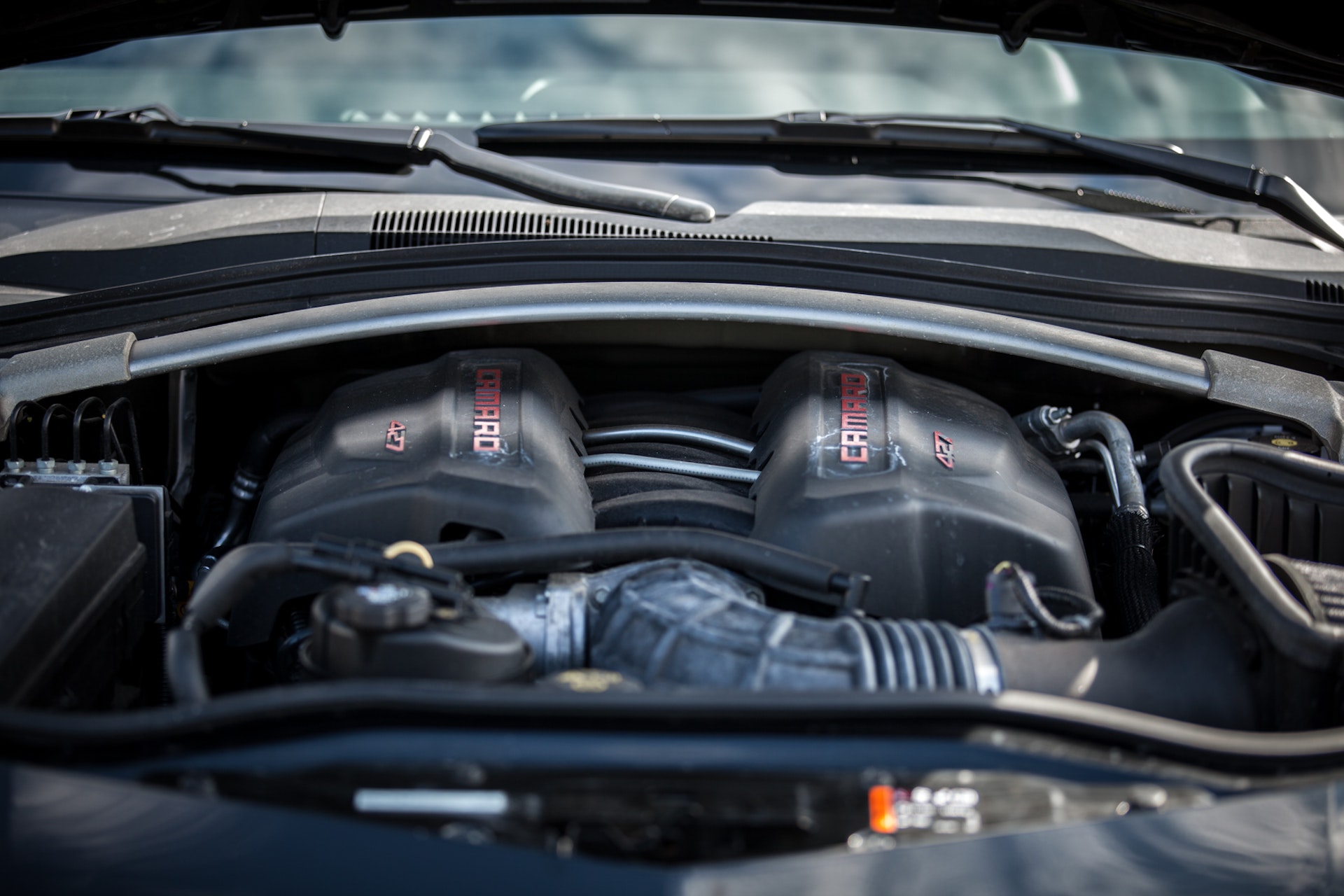 The car was put through its first MOT test on 11 September 2018 at 4,558 miles, which resulted in a clean pass with no advisories. A set of Michelin Pilot Sport Cup 2 tyres in size 305/30 ZR19 are fitted all round, which have a good level of tread remaining. 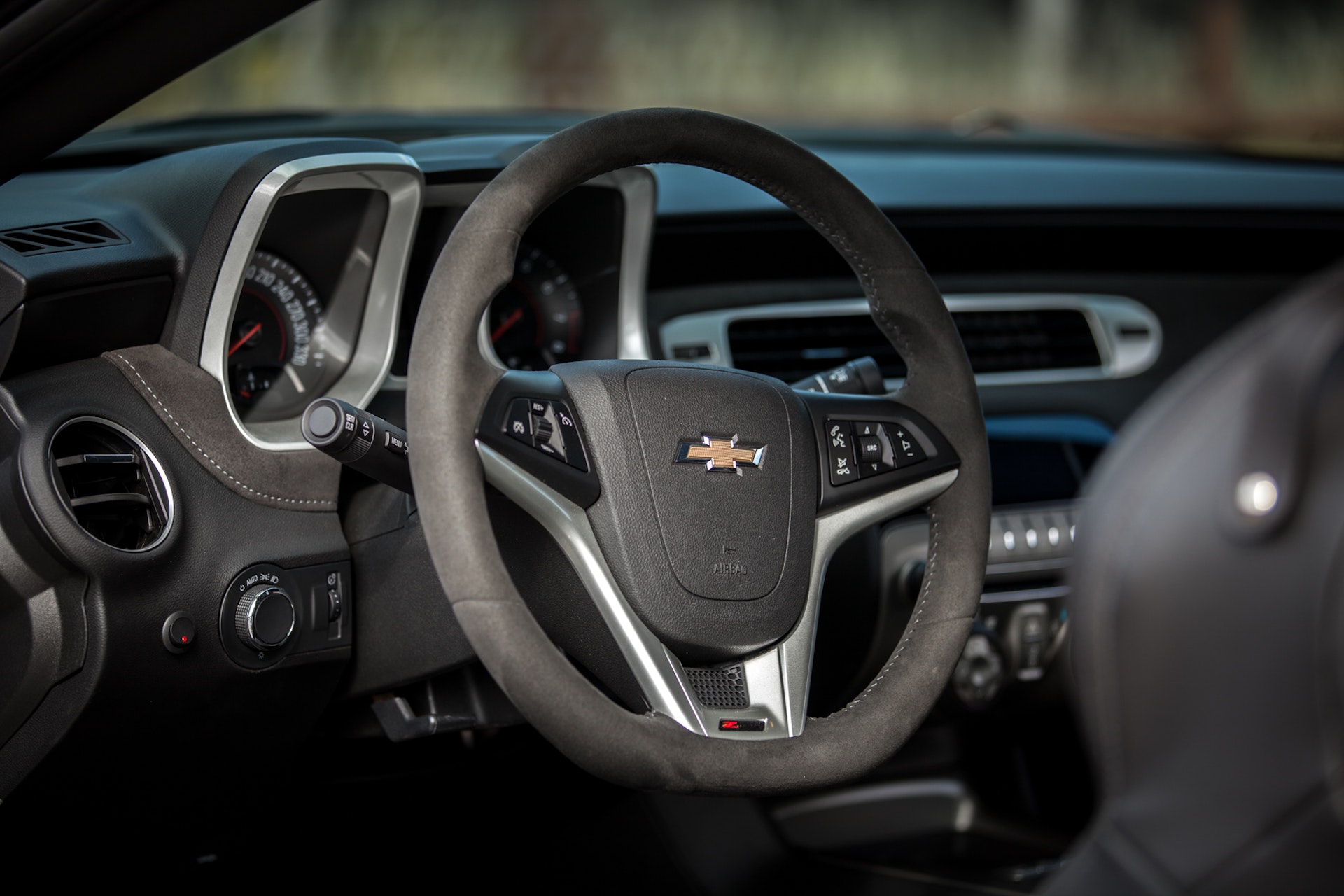 Writing about the Z/28 in Evo magazine, Jethro Bovingdon said: “Already I love its absolute dedication to performance, grip and response. I love that it delivers at ten-tenths and beyond, and although the concept of a trackday-spec Camaro is vaguely absurd in the context of Exiges, GT3s and the like, there’s no arguing with the execution. For once it’s the chassis rather than a honking great V8 that defines an American-bred performance car.” 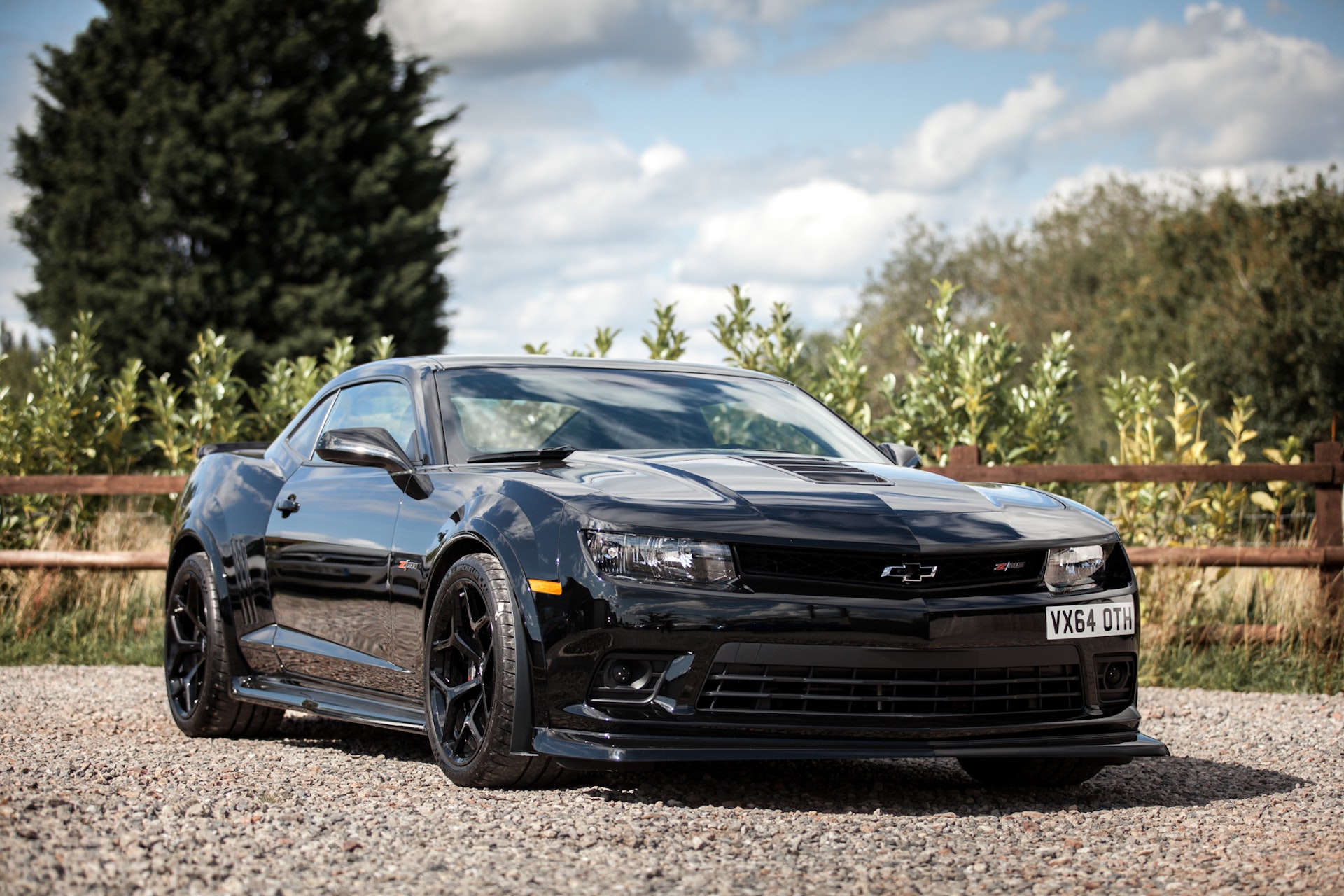 This Chevrolet Camaro Z/28 is being offered from the collection of someone who’s about as dedicated to cars as it’s possible to be, boasting super provenance and wanting for nothing. It is an enthralling machine that has been cherished by Chris Harris, and which is sure to captivate and delight its next owner - whether exploring its balance on a favourite B-road or setting it free on a circuit.