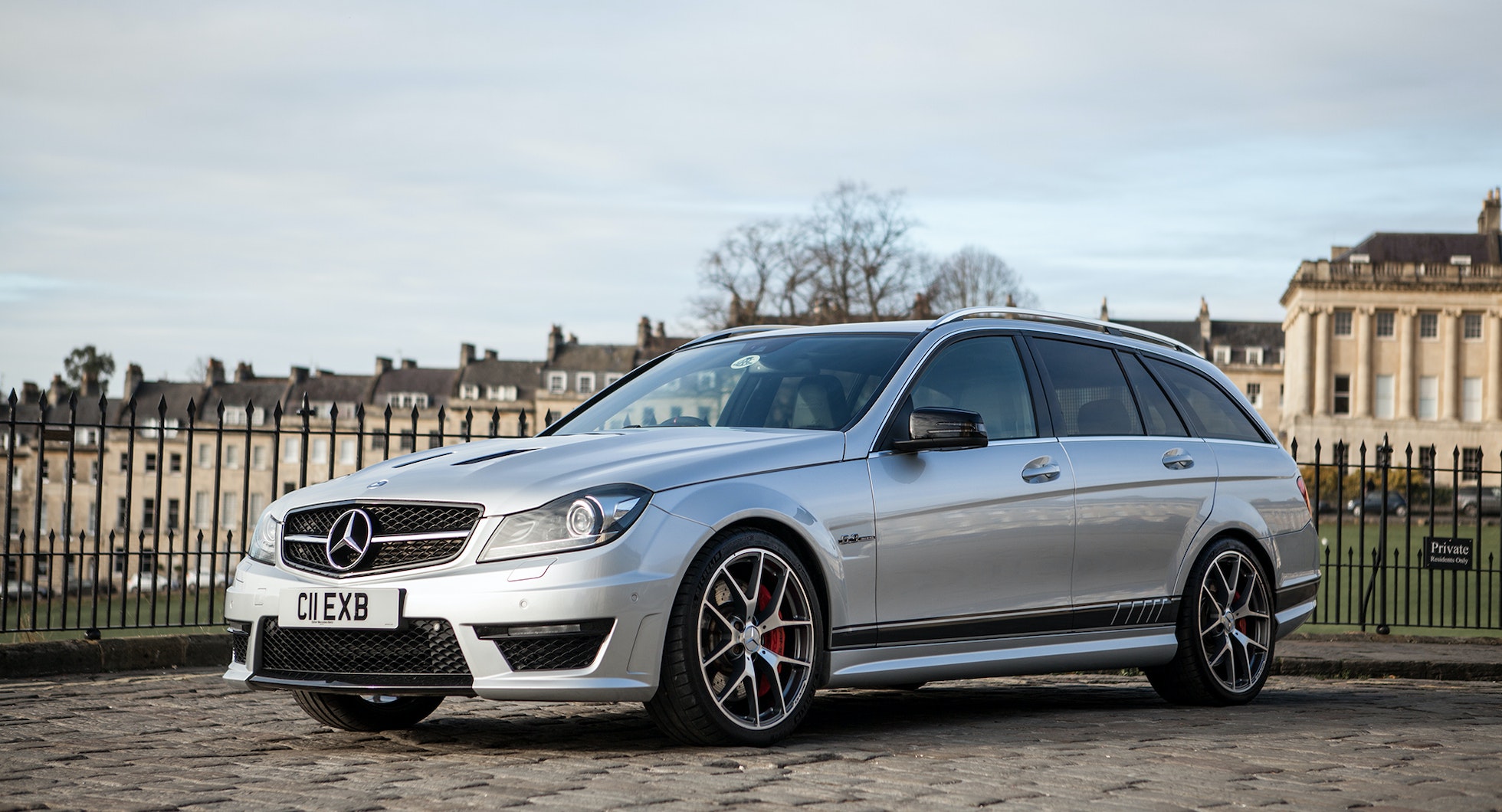 This 2014 Mercedes-Benz C63 AMG ‘Edition 507’ Estate is a practical high-performance car, presented in impressive cosmetic and mechanical condition. Its 6.2-litre M156 naturally-aspirated V8 engine produces 500bhp (507 PS), a 49bhp increase over the standard C63, which is driven through the rear wheels via a seven-speed AMG SpeedShift MCT transmission. This C63 AMG has been used as intended and impeccably maintained, and the odometer now shows 65,692 miles from new. 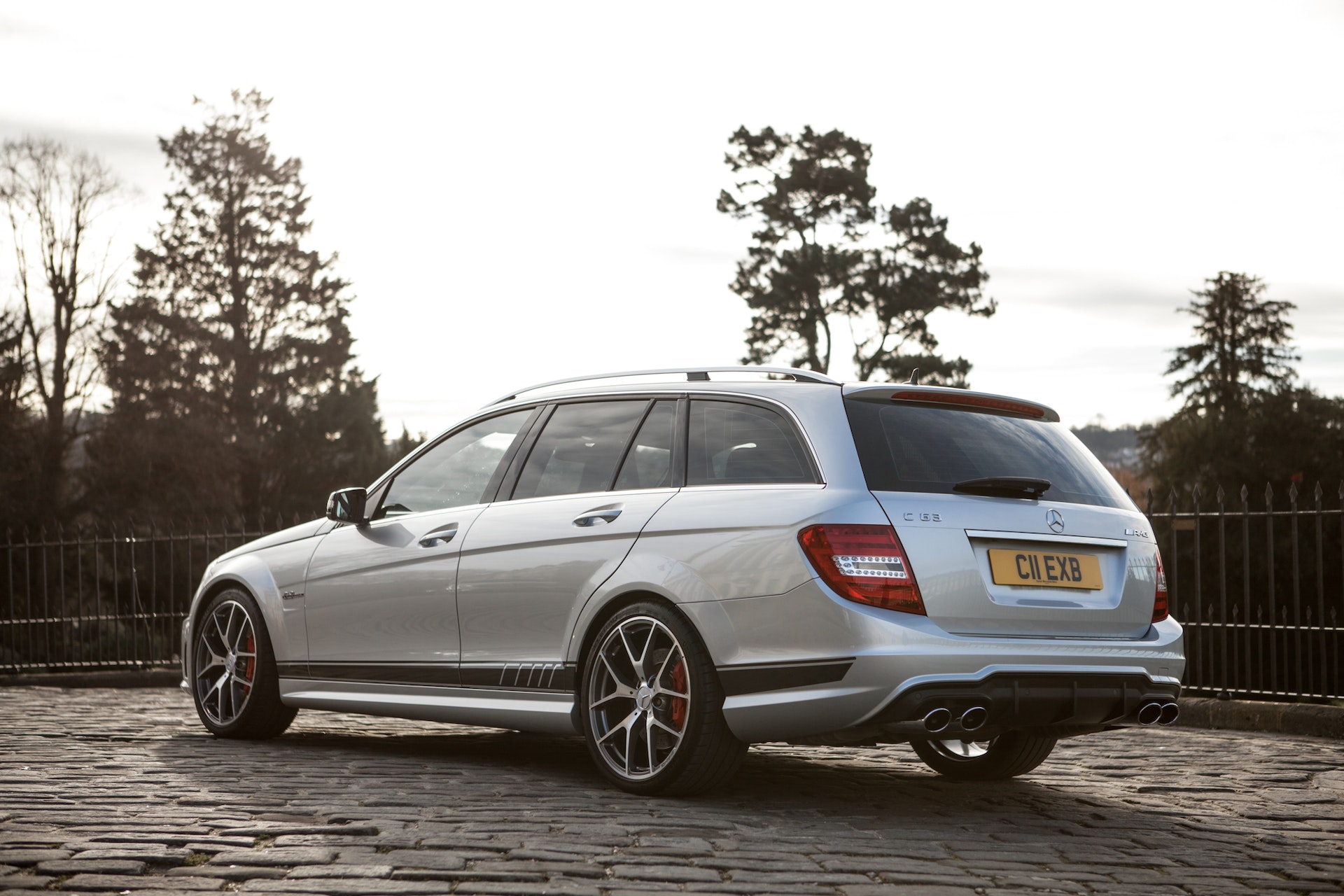 The M156 V8 is regarded as one of the most characterful and exciting engines in any contemporary road car, and was the first unit designed and built from the ground up by Mercedes-AMG. In the Edition 507 it employs new connecting rods, a lightweight crankshaft and forged pistons from the SLS AMG. The Edition 507 marked the final year of W204 series production. Its sonorous exhaust note is the stuff of legend, and at full throttle it can dispatch the 0-62mph sprint in just 4.3 seconds, with a top speed of 174mph. 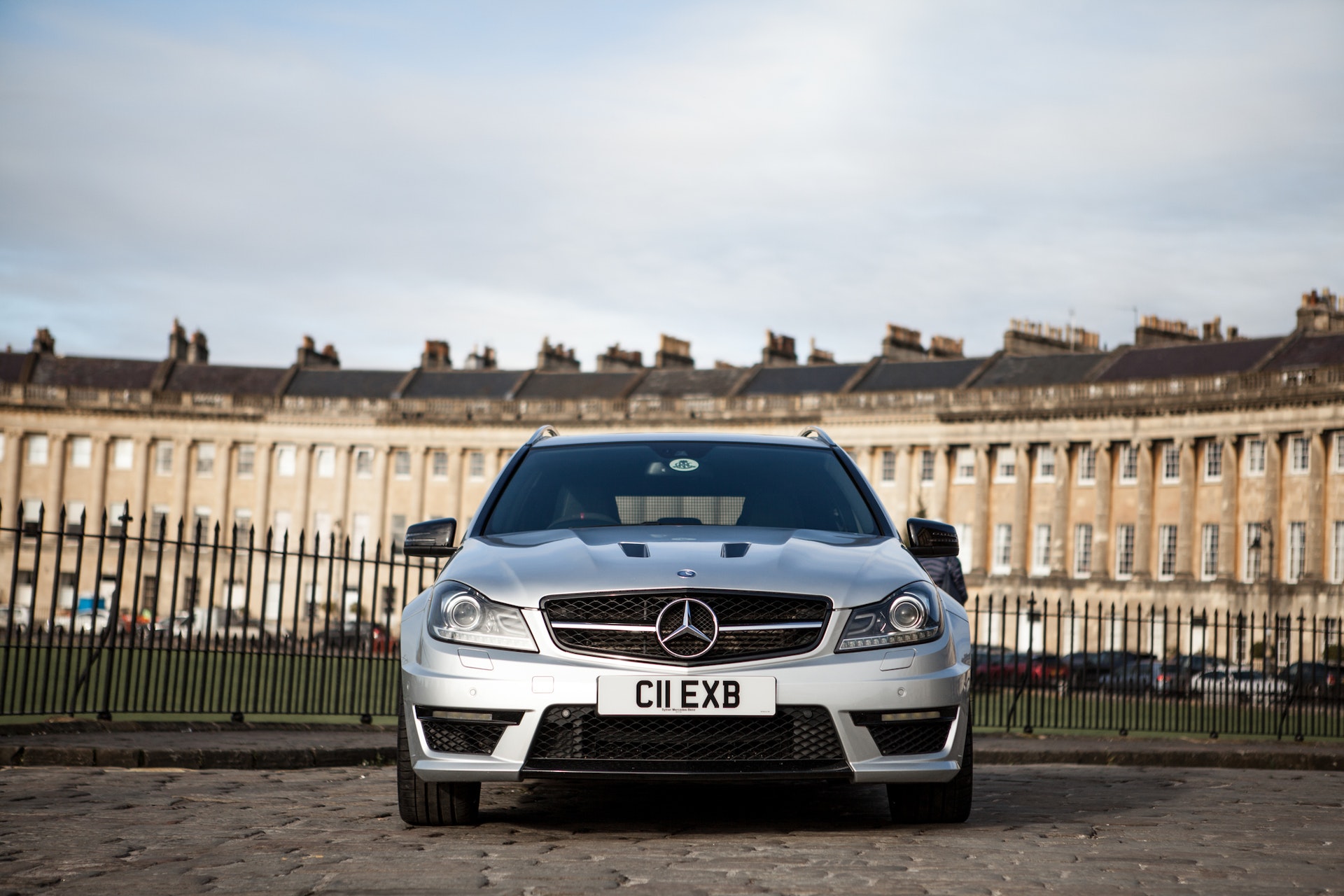 As well as the uprated engine, the 507 was also equipped with ‘composite’ brake discs incorporating both aluminium inner and iron outer sections, and the aluminium AMG bonnet from the C63 Black Series. The package was denoted in the factory build specification with the ‘P61’ option code. 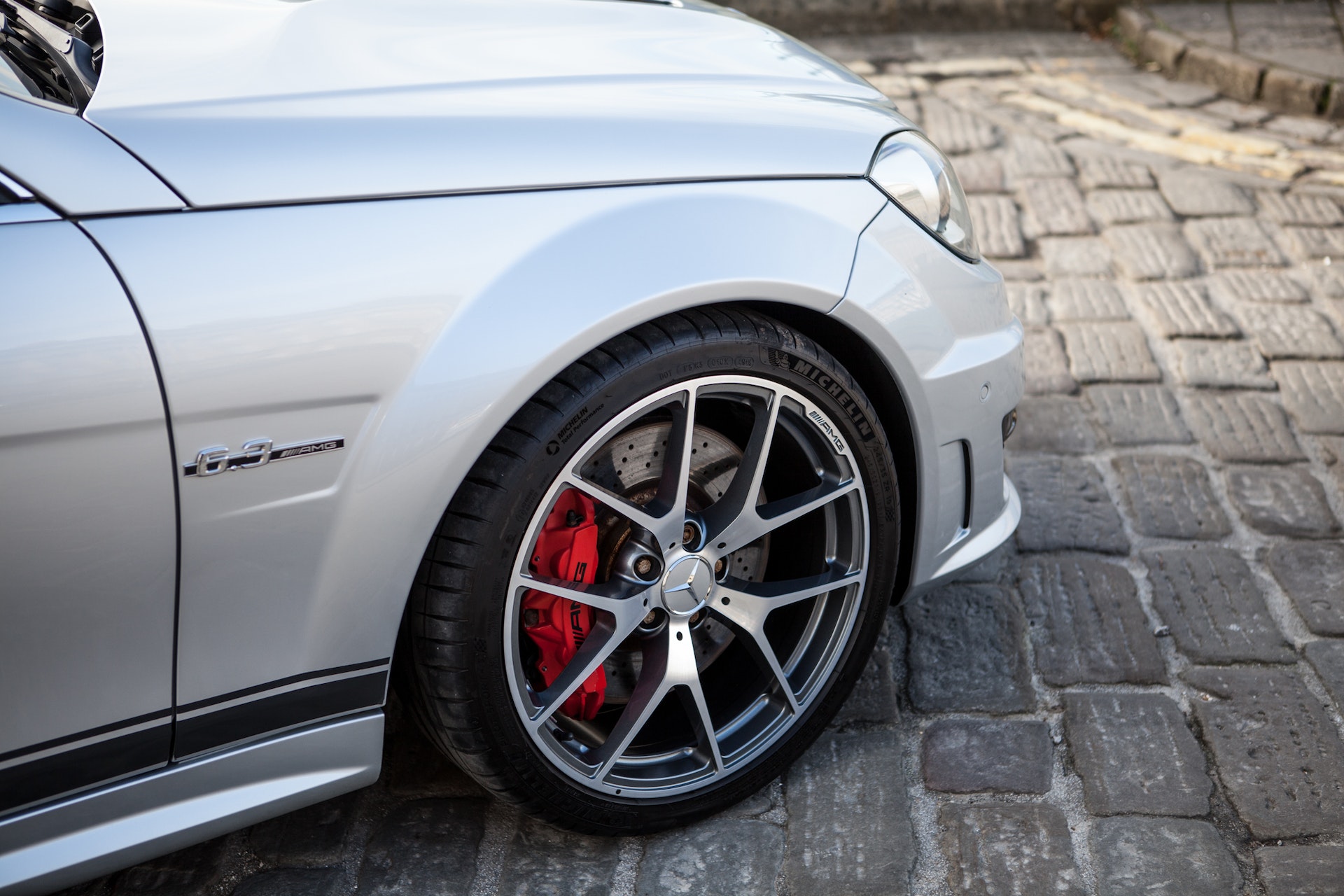 Completed at the factory in January 2014, this is understood to be one of only 21 ‘Edition 507’ Estate cars produced for the UK market, and one of fewer than five in Iridium Silver. Its first owner opted to have the smaller 18-inch wheels and no decals from new. However, the vendor - who is just the second registered keeper - decided to upgrade to the OEM 19-inch AMG alloy wheels in March 2019, as well as commissioning the 507 vinyl graphics to be added on the flanks. He also chose to have an upgraded Quaife differential fitted. 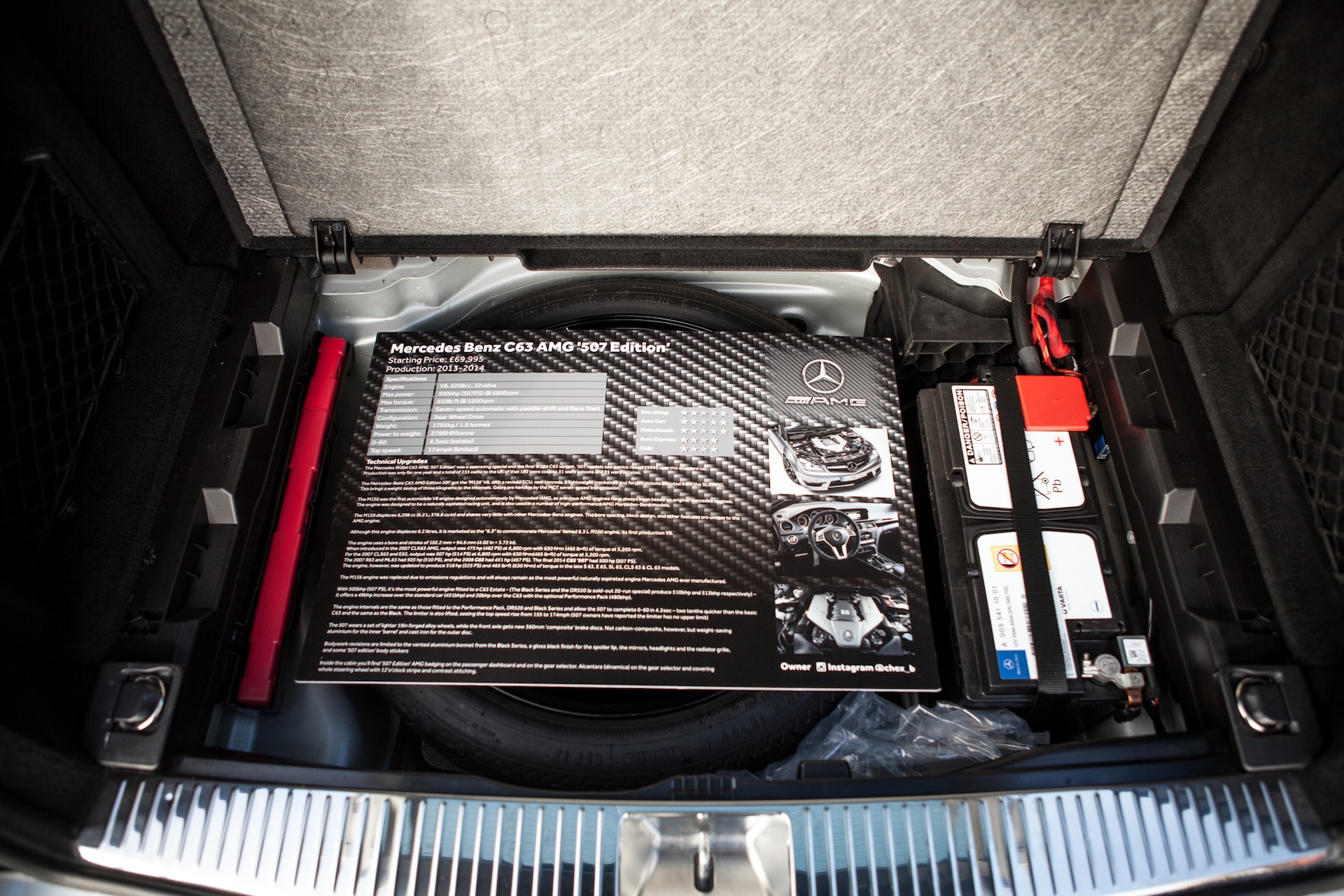 The bodywork is in superb condition, and presents very smartly in the original factory paint. There are some stone chip marks to the front bumper and bonnet that are to be expected from road use, as well as one small and virtually imperceptible hairline scratch that was only spotted by a detailer who was going over the car meticulously. The bonnet vents, front lip spoiler, mirror caps, headlight surrounds and radiator grille are all finished in gloss black. The alloy wheels are all pristine, and there is no damage to any of the light lenses or exterior trim. 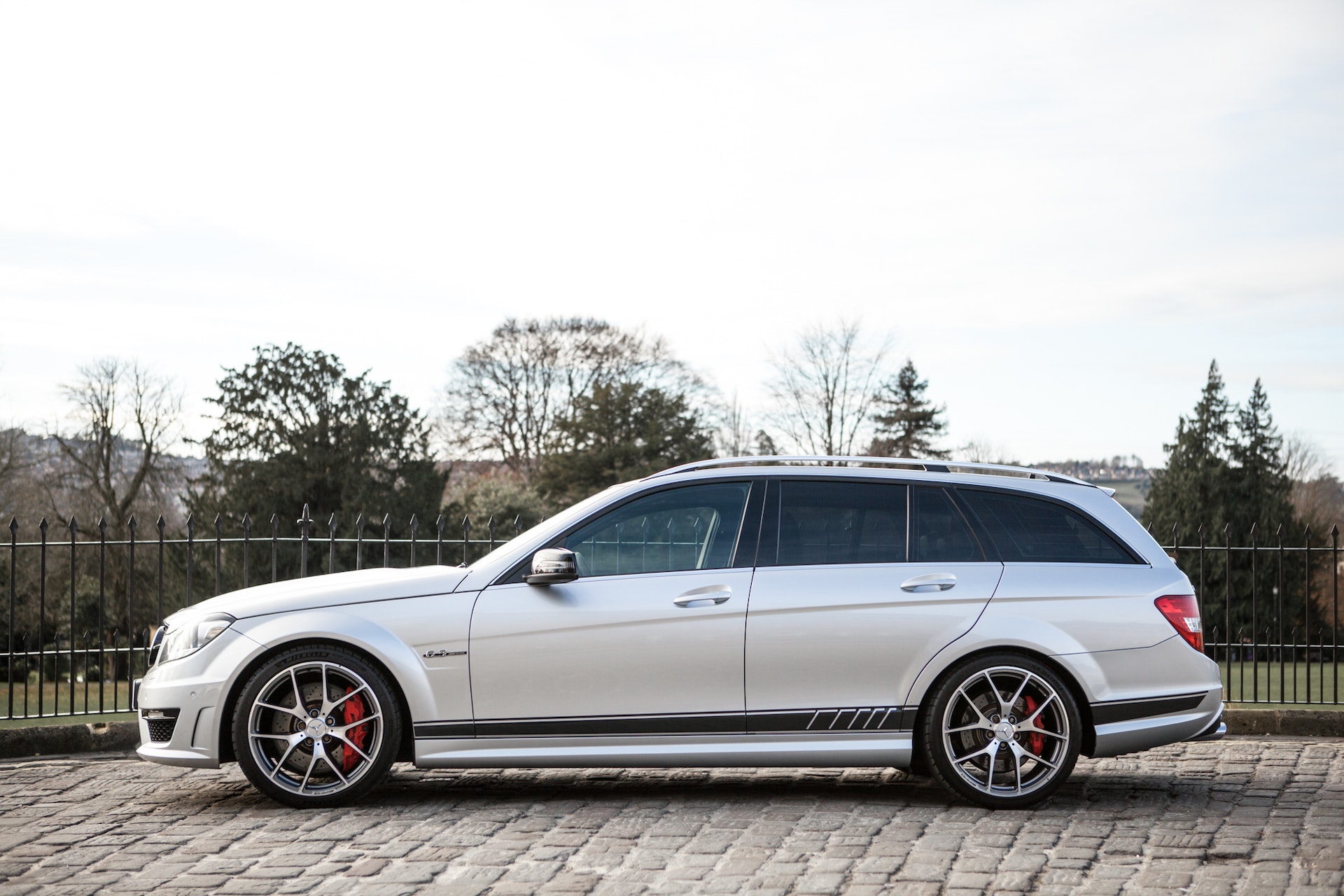 Its cabin is upholstered in full Designo Black leather, complemented by high-gloss black trim accents and Dinamica suede on the steering wheel and gear lever. There is no damage whatsoever to the leather, and only slight discolouration from wear on the driver’s seat bolster, which could be inexpensively re-connolised back to a deep black finish. The microfibre Dinamica suede sections on the steering wheel and gear lever have been renewed with genuine OEM material, with red stitching and a red stripe in the 12 o'clock position, and are in as-new condition. 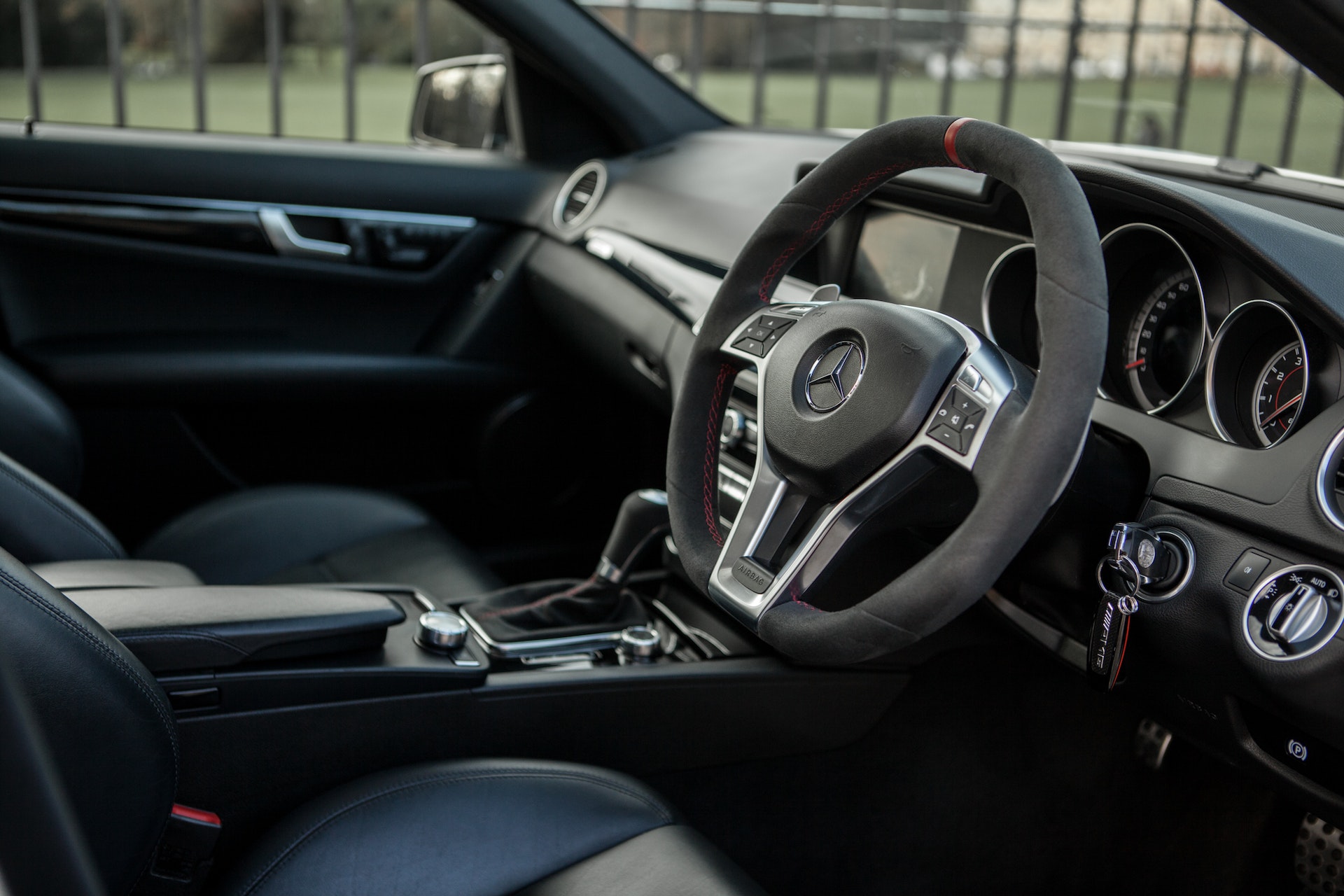 The electrically-adjustable front sport seats have three-stage heating, as well as memory settings for both driver and passenger. Above the seats is a power tilt-and-slide glass sunroof. Other cabin equipment includes front and rear parking sensors, adaptive headlights, a rear-view camera, dual-zone climate control, cruise control, and the Comand infotainment system with satellite navigation. 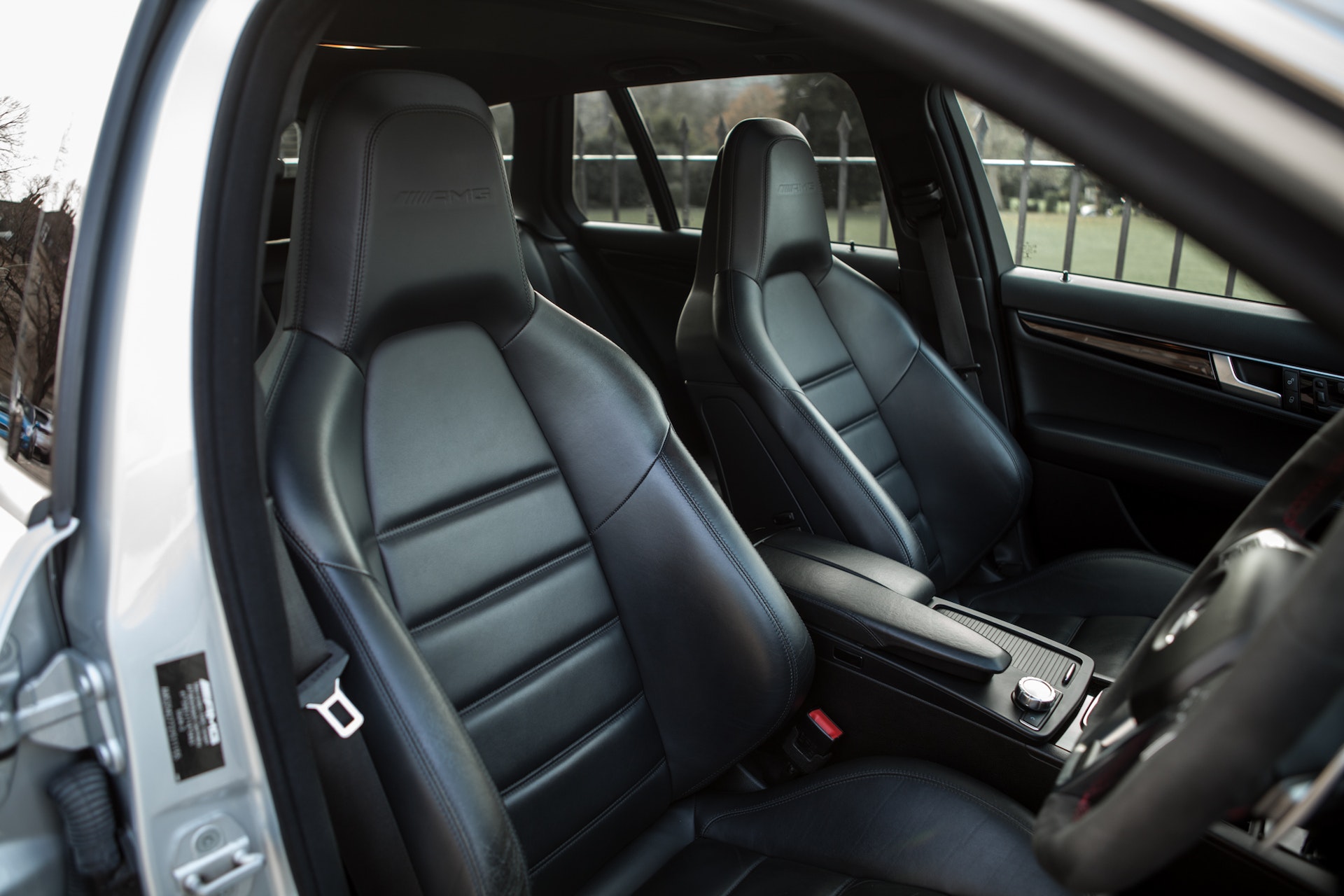 Meticulously maintained from new, this C63 AMG Edition 507 has been seen and serviced every year without fail at Mercedes-Benz main dealers. The most recent scheduled maintenance was in February 2019 at 56,586 miles, which comprised a 60,000-mile service with renewal of the engine oil, oil filter, fuel filter, brake fluid and spark plugs. The satellite navigation was also updated. 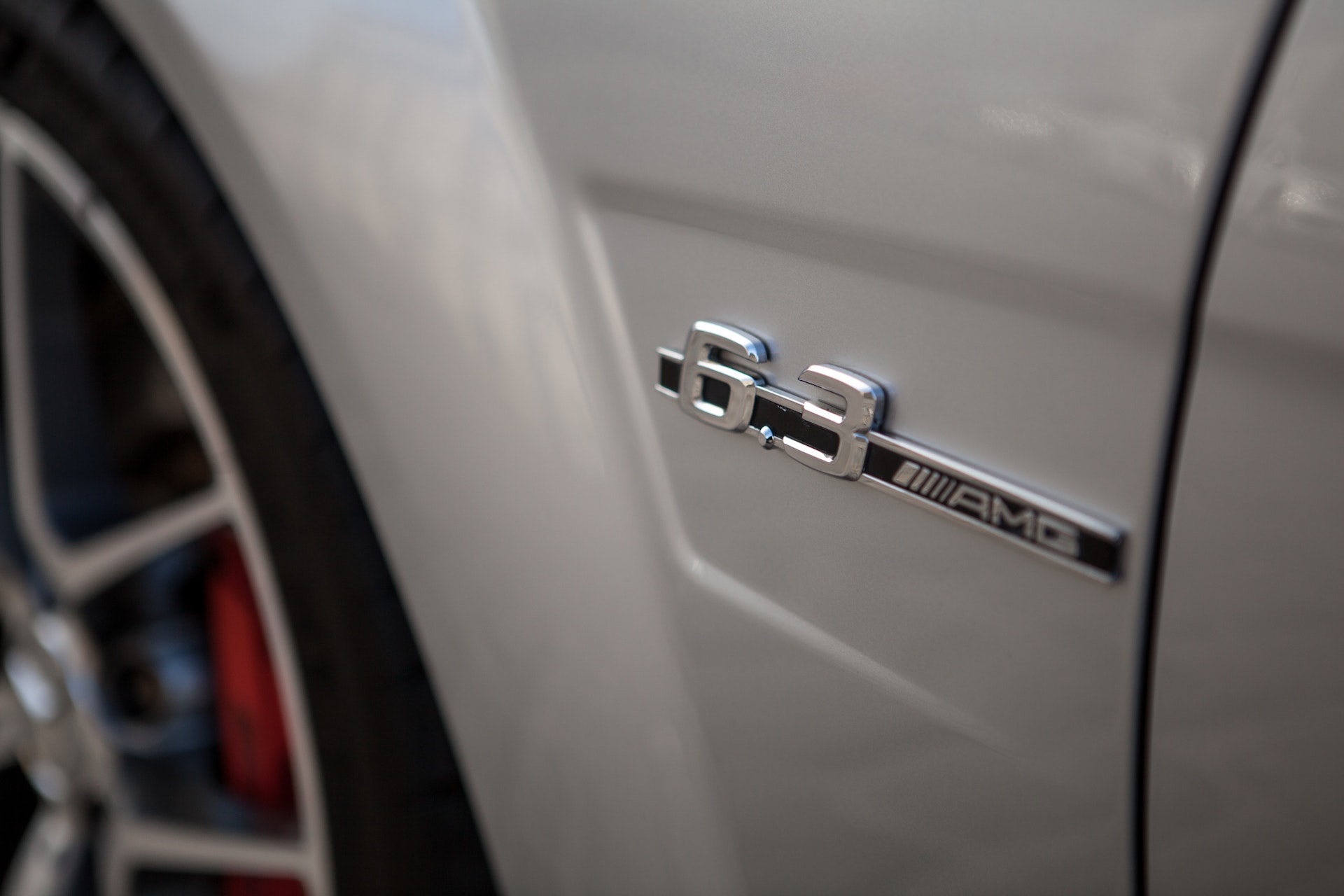 The service prior to this was in December 2018 at 56,003 miles, which included replacement of the rear brake pads. Its transmission oil was flushed and renewed on schedule at 32,316 miles. The air-conditioning has also been re-gassed during the vendor’s ownership. 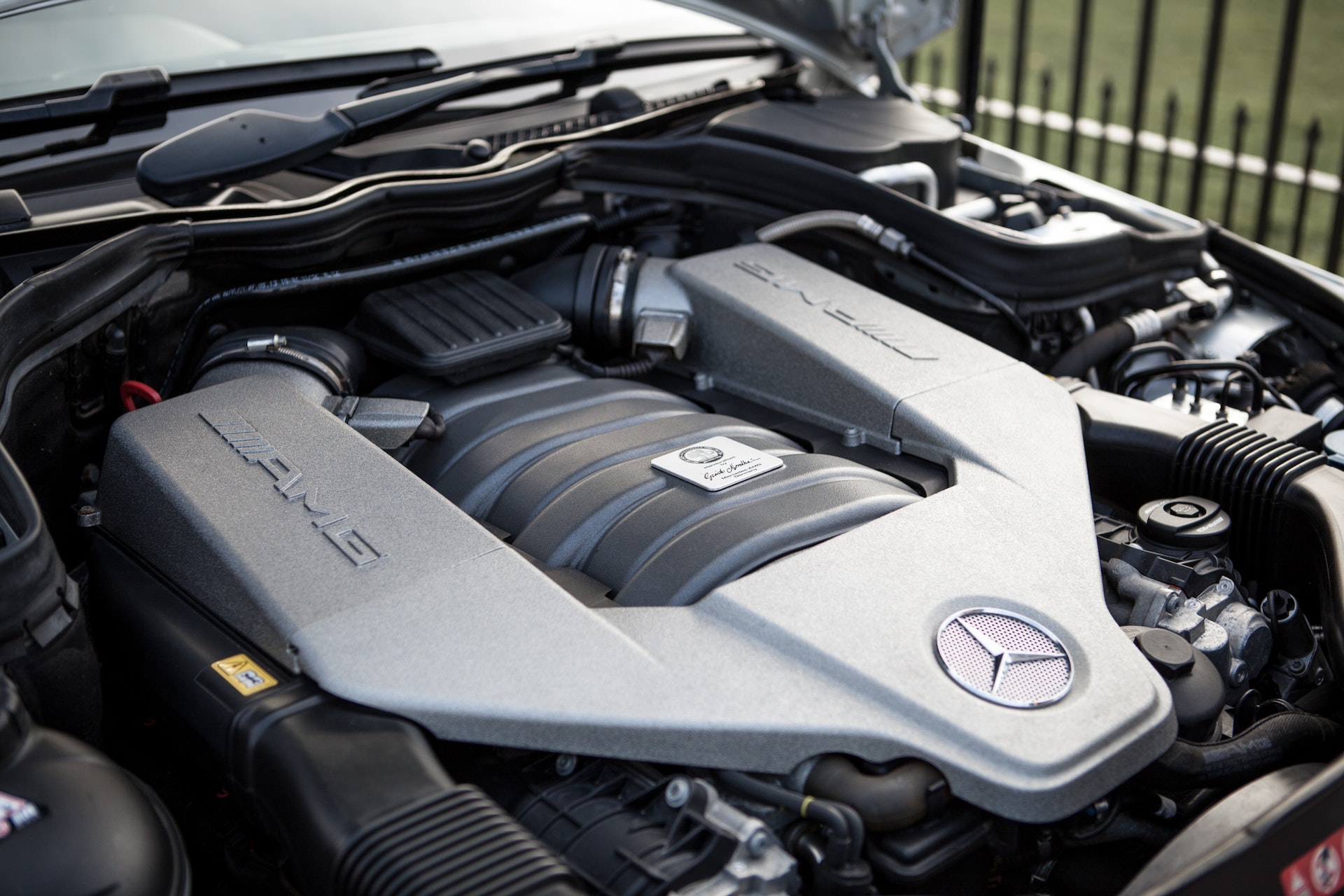 Its last MOT test was on 19 November 2019 at 65,611 miles, which resulted in a clean pass with no advisories. At the same time, it was also put through a full Mercedes-Benz visual health check, with an ‘all green’ report card showing no warnings or alerts. The alloy wheels are fitted with Michelin Pilot Sport 4 S tyres all round, in size 245/35 ZR19 at the front and 265/30 ZR19 at the rear - both with a high-load rating. The tyres are date-coded to December 2018 and were fitted as a brand-new set in March 2019. 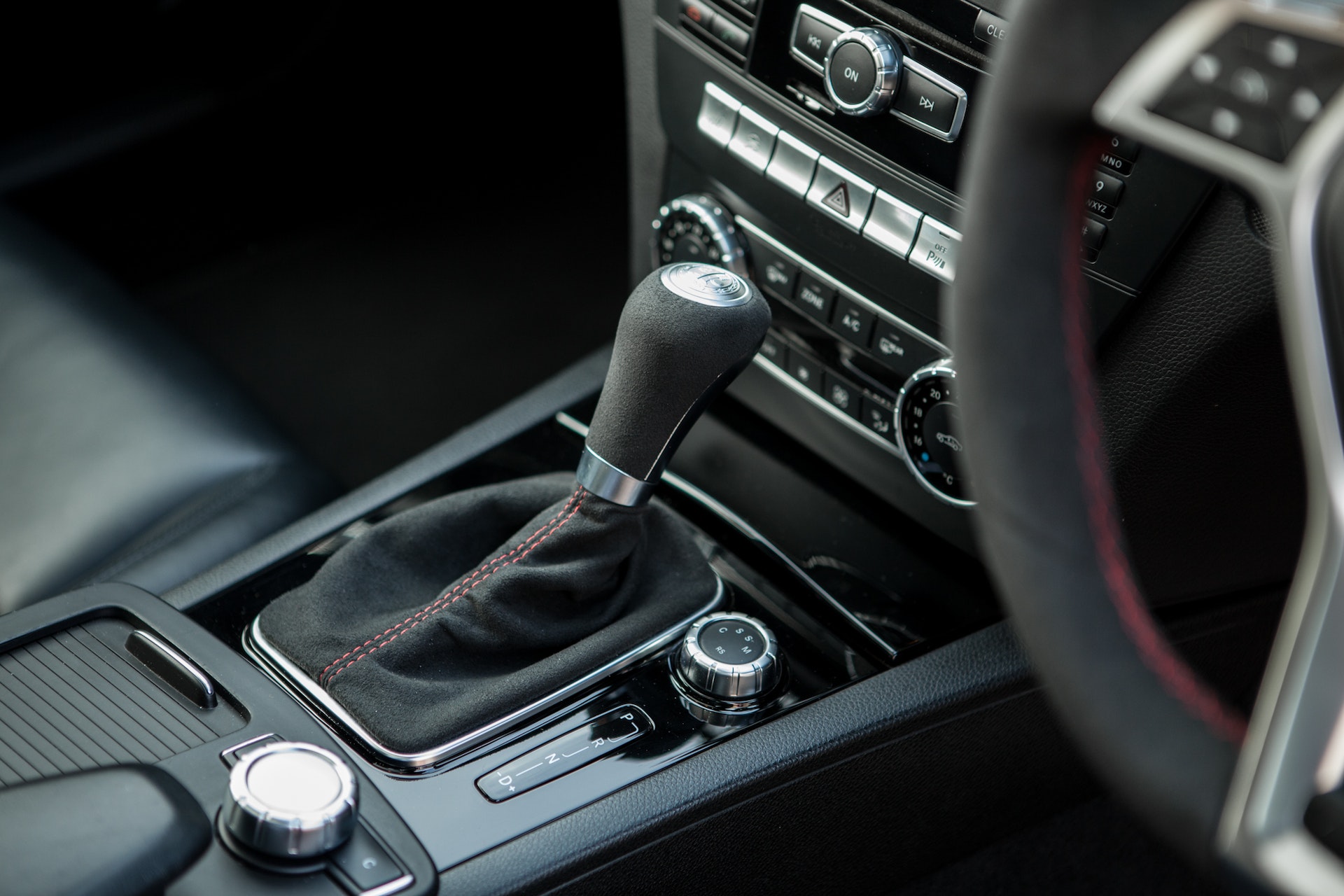 Accompanying the car are all of the original books, including the owner’s manual and stamped maintenance record, as well as a raft of invoices evidencing the full annual service history. There is also a complete set of sales literature for the C63 AMG, a number of other user guides, and the AMG Driver’s Package material. This car is known with the Mercedes-Benz owners’ club, and has featured at shows (including the Goodwood Members' Meeting) and in magazines - and there are copies of the latter with the car. Naturally, the original keys are also present, and the jack, tools and space-saver spare wheel are still stored under the boot floor. 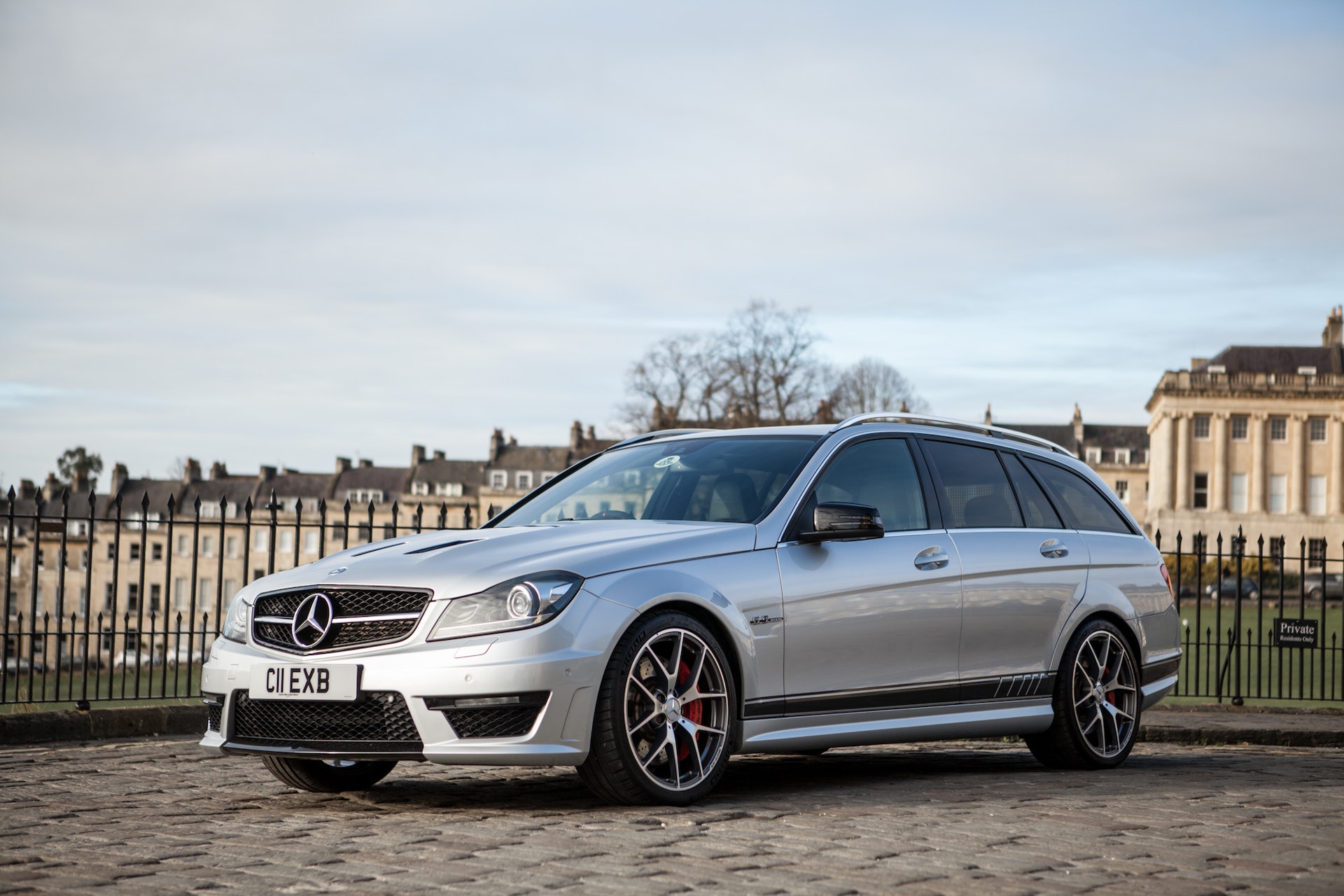 This Mercedes-Benz C63 AMG Edition 507 Estate pulls off the double act of being both practical family transport as well as a thrilling rear-wheel drive road car. London-based bidders will also be pleased to hear that the car is ULEZ-compliant. It is a remarkably rare edition of a celebrated performance model, which has been impeccably cared for by just two fastidious owners from new.