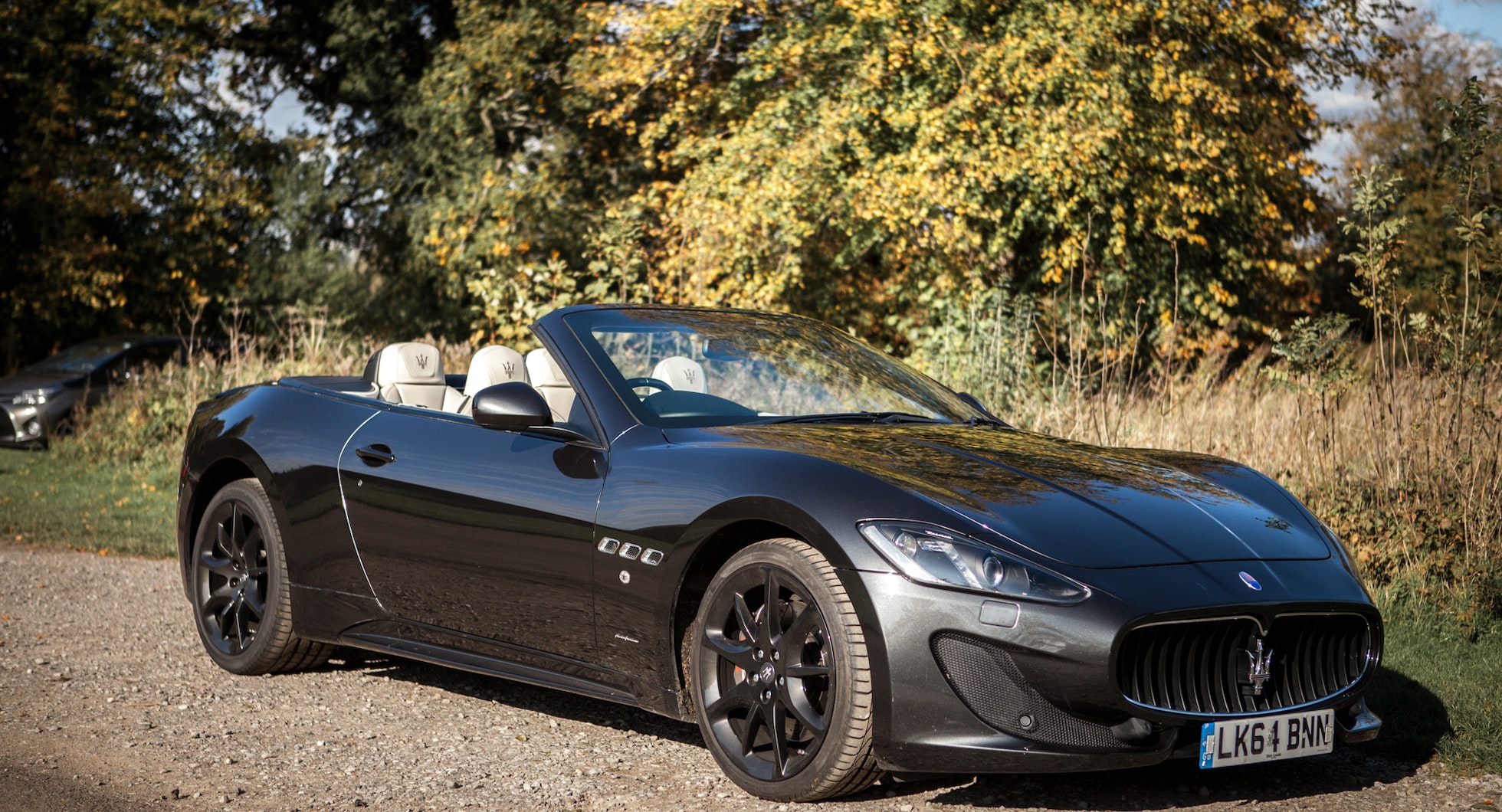 This 2014 Maserati GranCabrio Sport is a luxurious and elegant four-seater convertible, and is a genuine joy to drive. It is powered by a 4.7-litre V8 producing 444bhp, which is coupled to ZF’s six-speed MC Auto Shift transmission. The odometer indicates just 20,524 miles from new. 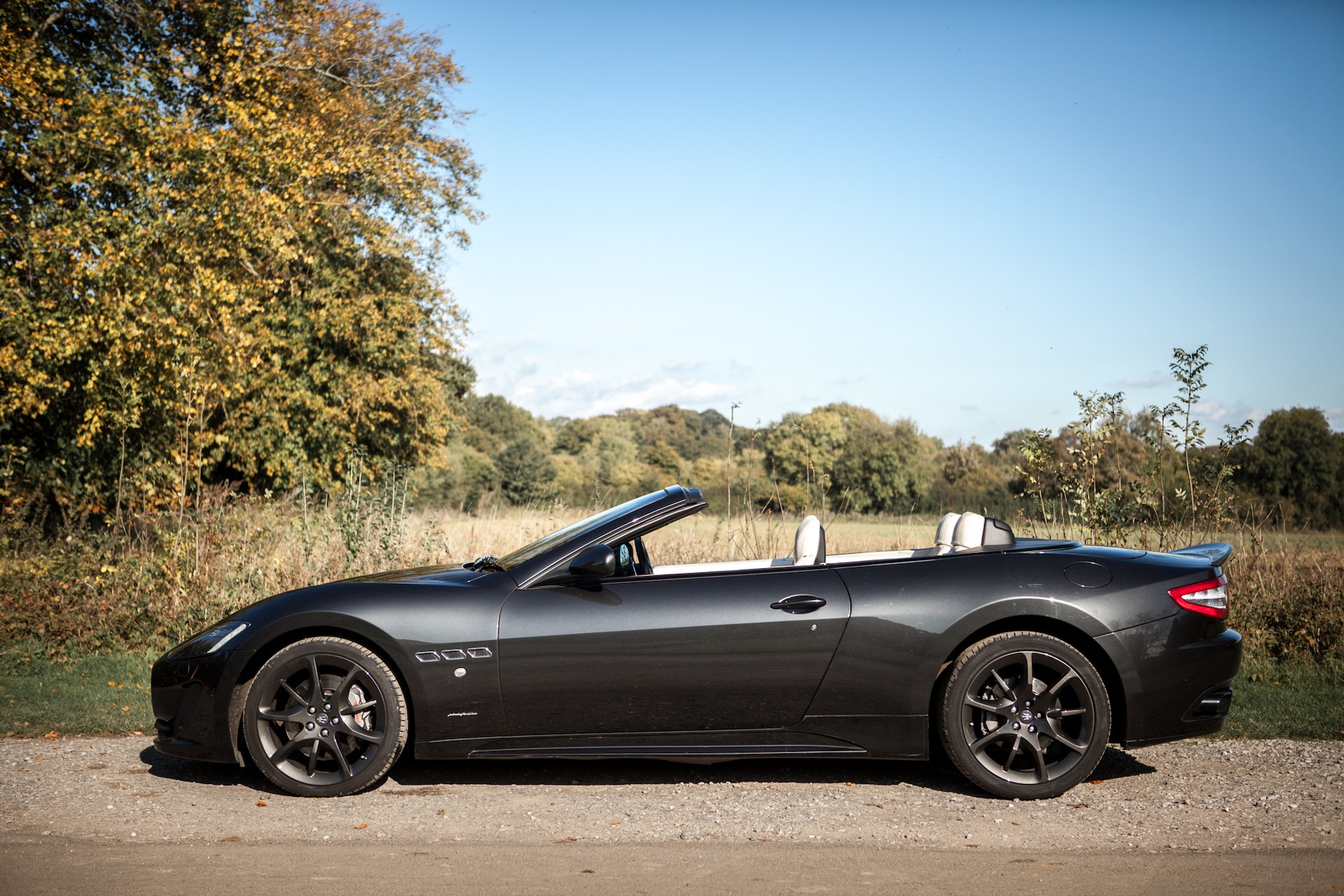 While its looks are certainly alluring, the star of the show is the F136 YP engine built by Ferrari. In the GranCabrio Sport, it is unleashed by a sports exhaust system with pneumatic valves that open to produce an intoxicating howl. Driving the model when it was first launched, Evo magazine founder Harry Metcalfe called it “one of the best-sounding cars you could ever wish for”. 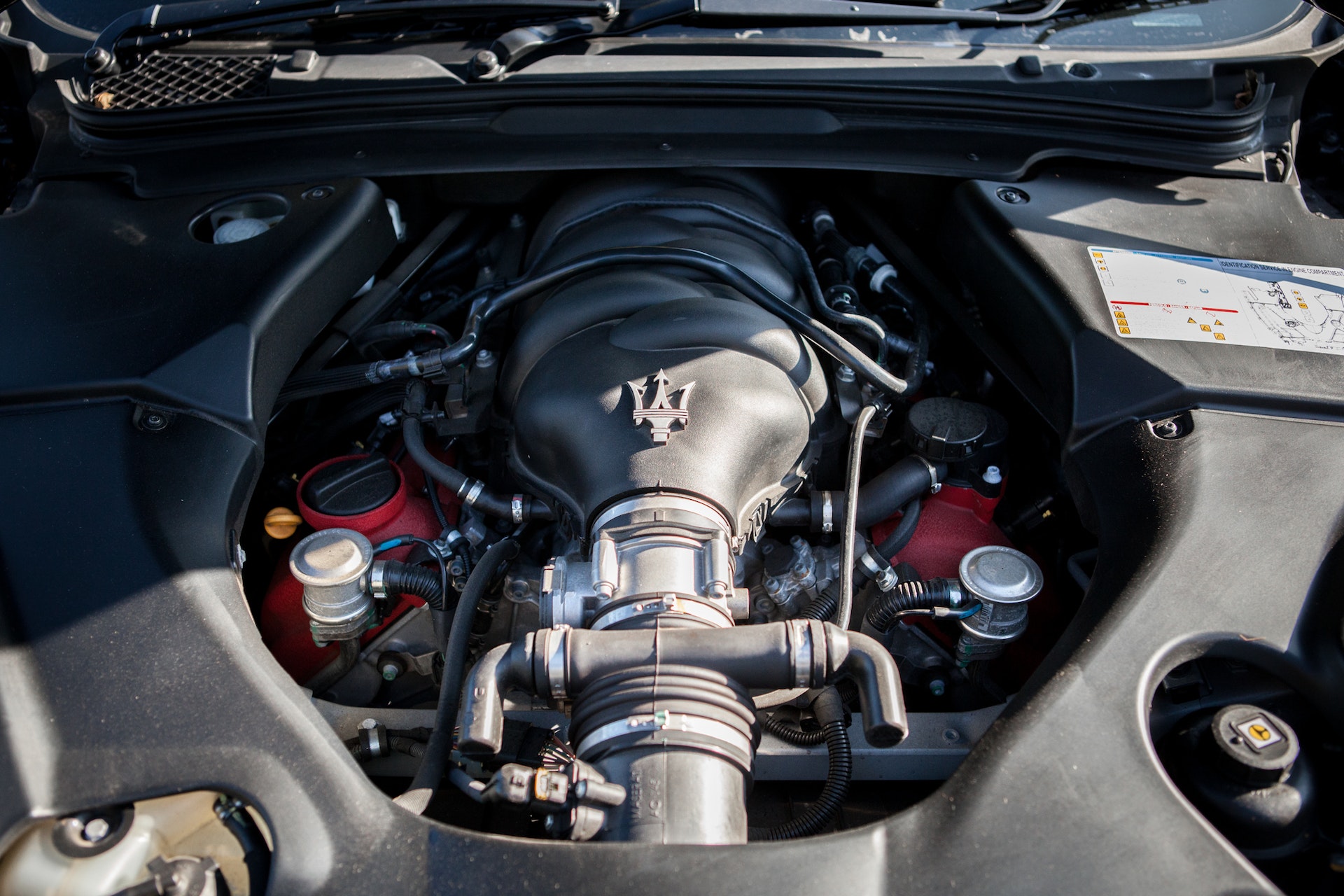 The exhaust baffles are opened by pressing the Sport button on the dashboard, which also sharpens the throttle response and gear shift speeds, and loads up the steering weight. The car is also equipped with the much-improved Sport Skyhook adaptive suspension system, which firms up the damping when given the same command. 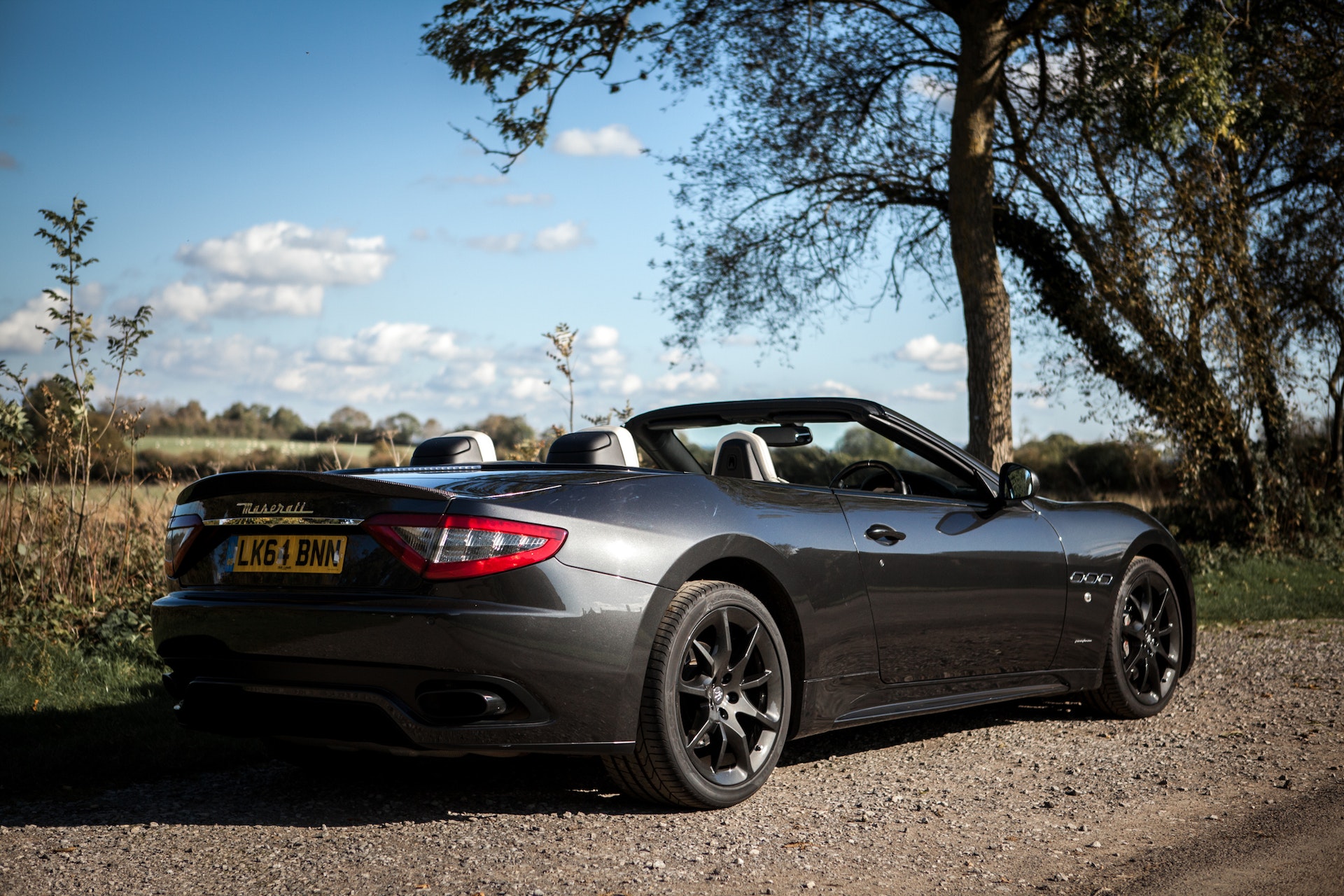 An original right-hand drive UK-supplied car that was first registered in November 2014, it has just two previous owners noted on the V5 logbook. It has been owned by the vendor for the last year, who has enjoyed some 7,000 miles behind the wheel. 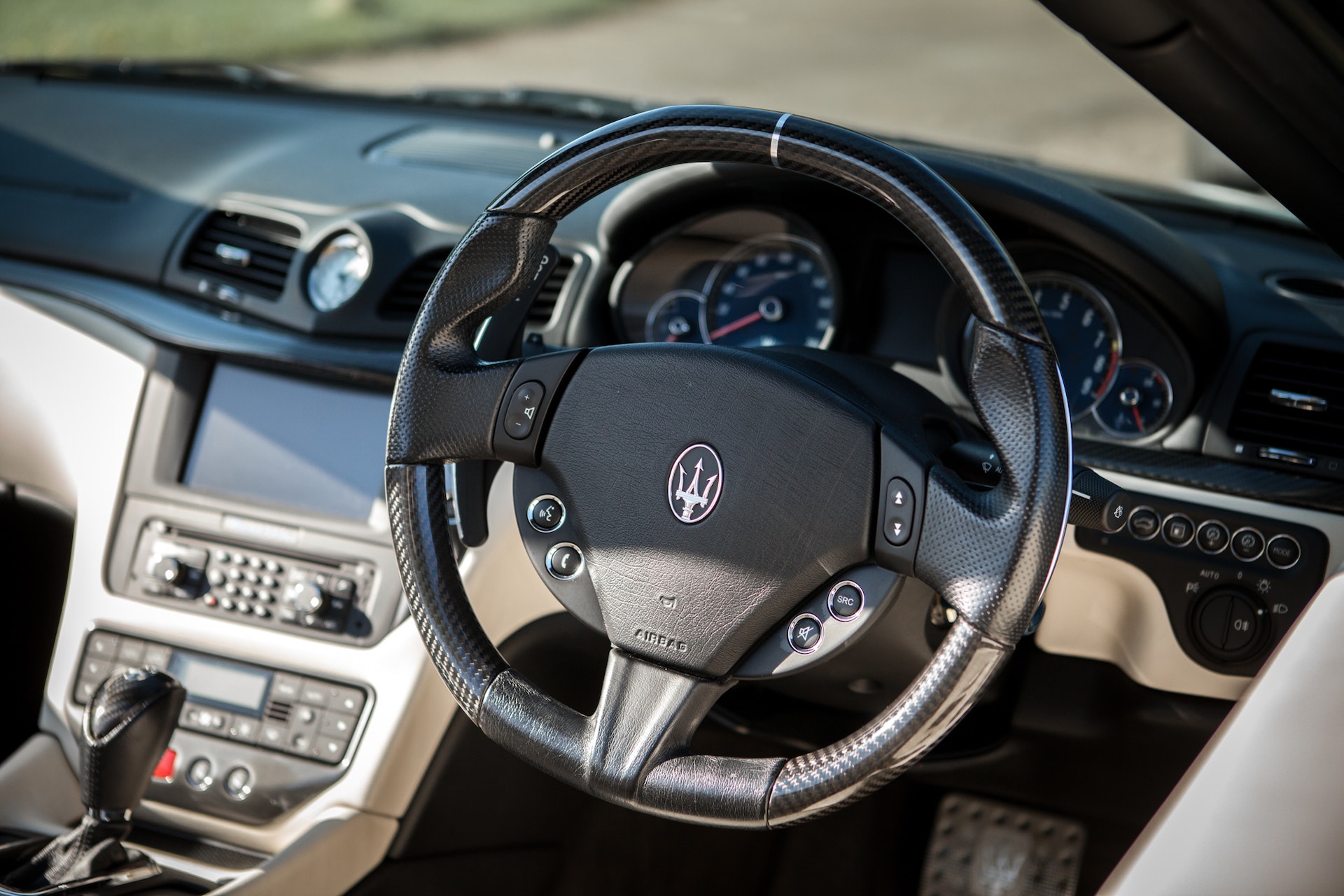 Its smart Grigio Granito paintwork is in generally good order. There are stone chips to the front bumper and ahead of the wheel arches, which are to be expected on a car that’s been used as intended, as well as a small scuff on the offside rear quarter panel that has been touched in. 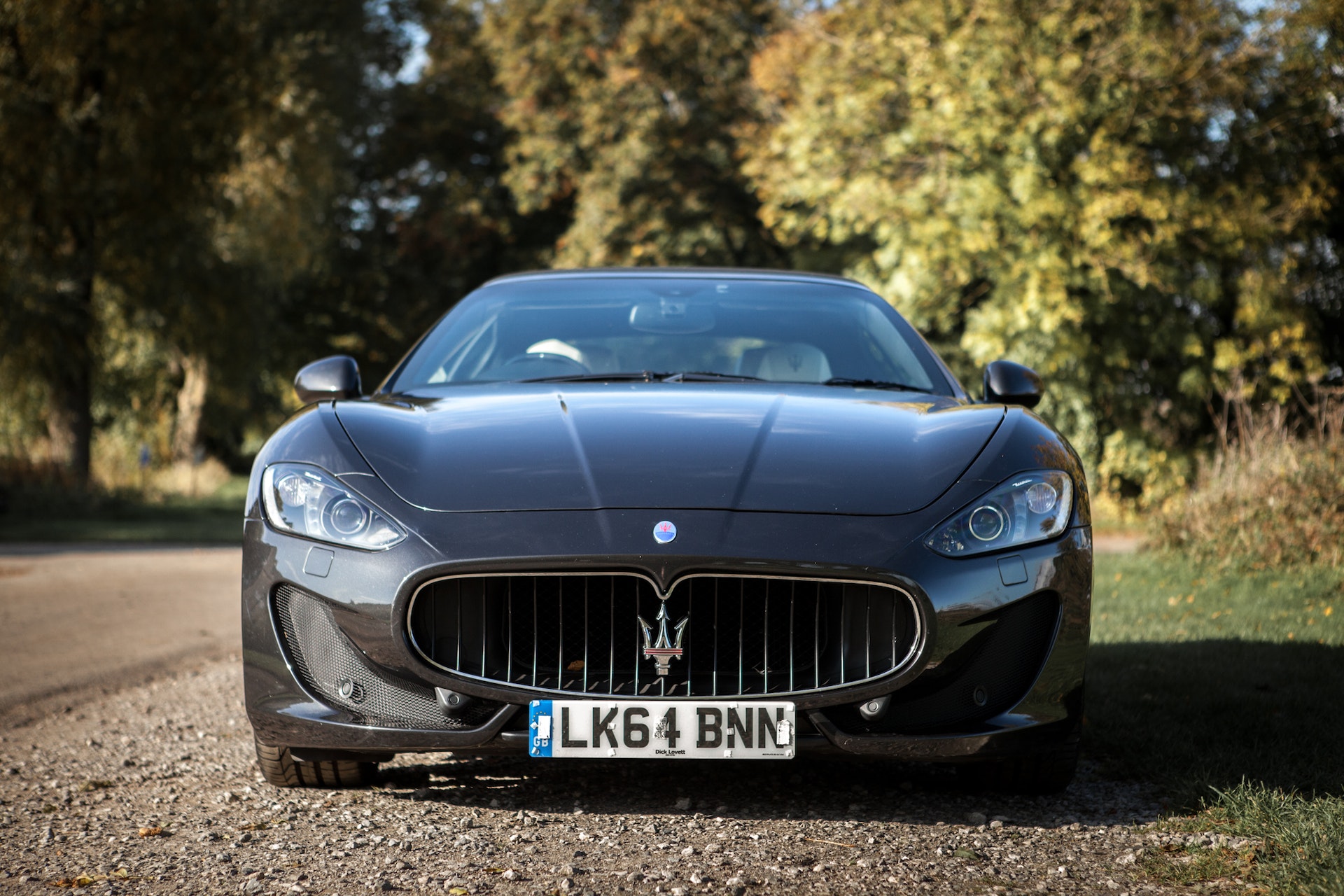 At the rear, the boot lid has been enhanced with the addition of a genuine carbon-fibre spoiler. Upon opening the lid, there are some small scratches noticeable within the boot shut, along the top of the bumper. 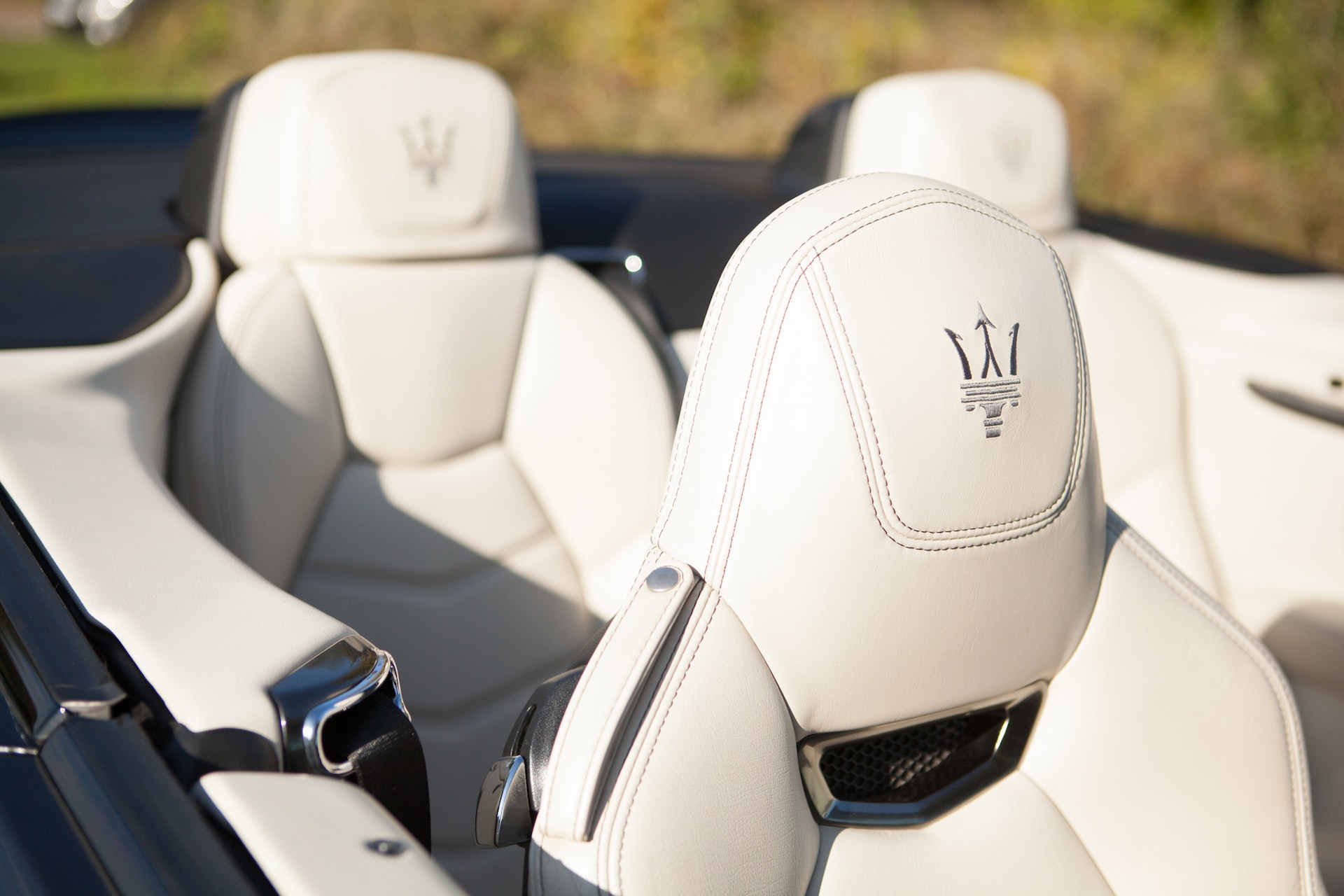 Compared to the standard GranCabio model, the Sport features black headlight surrounds, a sports exhaust with oval tail pipes, red accents on the Trident logo in the grille and more pronounced side skirts. It also sits on a set of 20-inch ‘Astro’ alloy wheels finished in Anthracite Grey, which are unique to the model. This car’s alloys have just been refurbished and the wheel bolts are also in excellent condition. 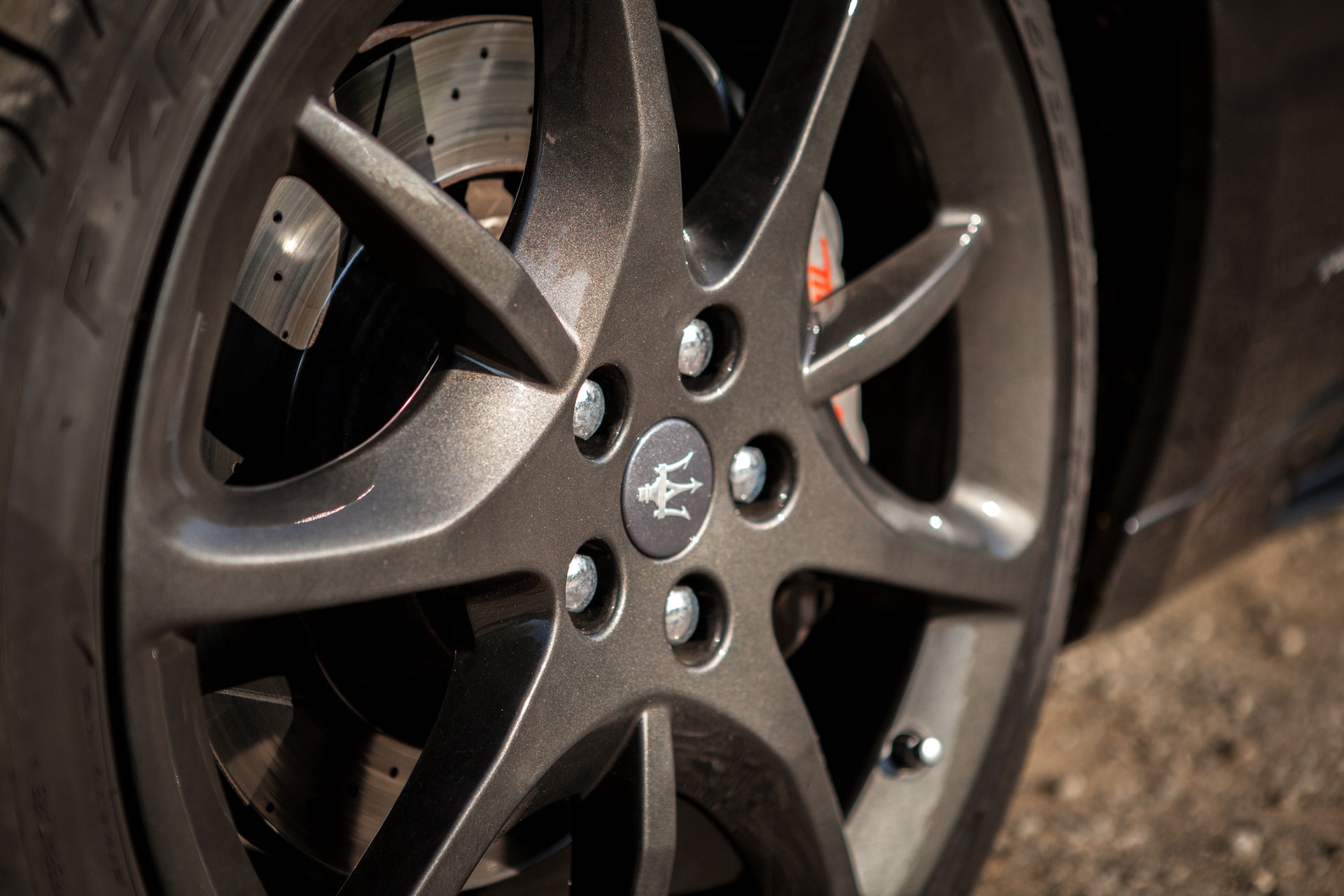 The triple-layer roof is finished in black fabric and is in very good order, with no tears or scuffs. The mechanism works perfectly, taking less than 30 seconds to close, and capable of doing so at speeds up to 19mph. 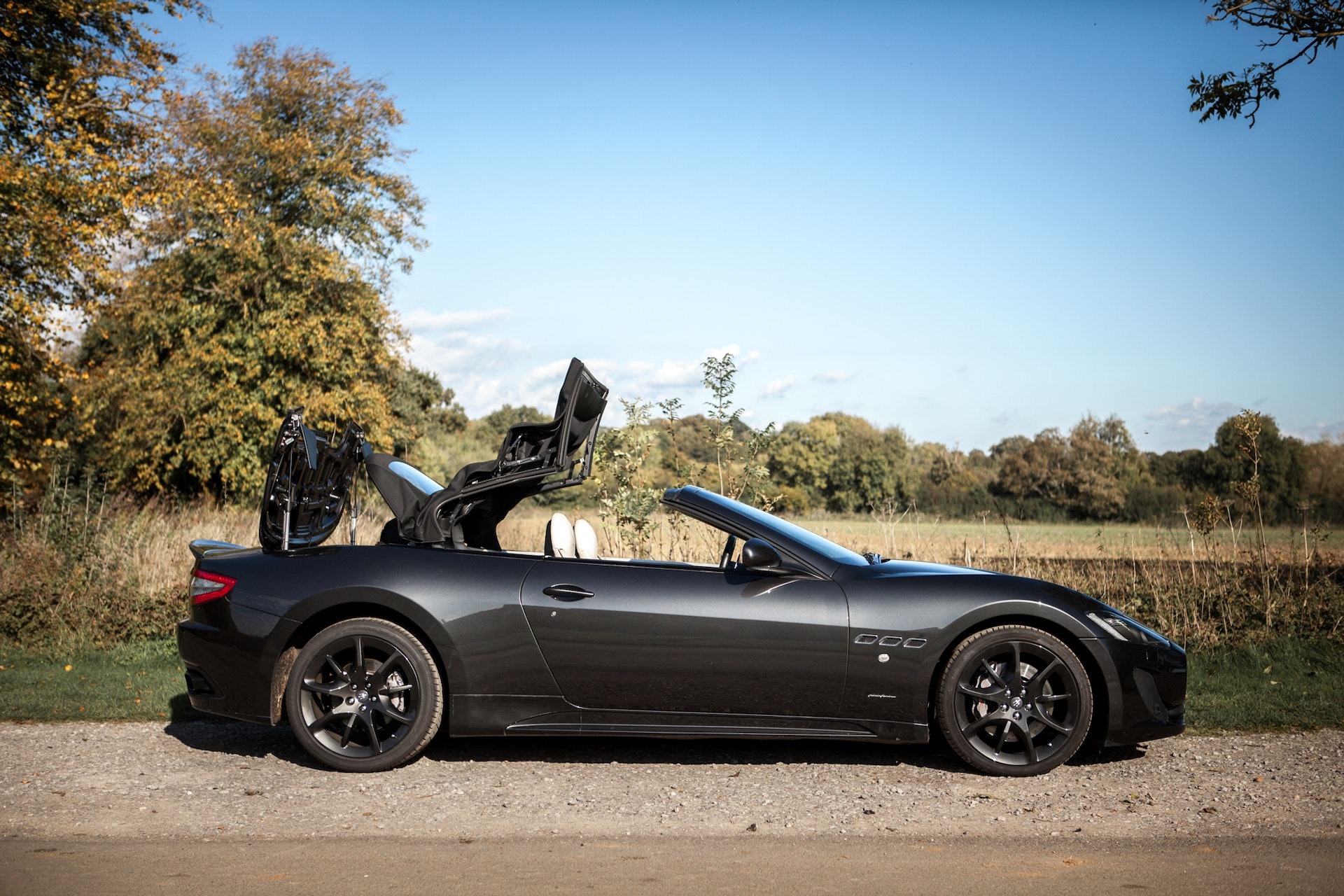 In the cabin, there is some wear noticeable on the Pearl Beige leather, most obviously with some discolouration of the driver’s seat bolster, which could be easily re-connolised by a specialist. There is also some minor damage to the leather trim on the corners of the rear centre console - which is visible in the photos below. 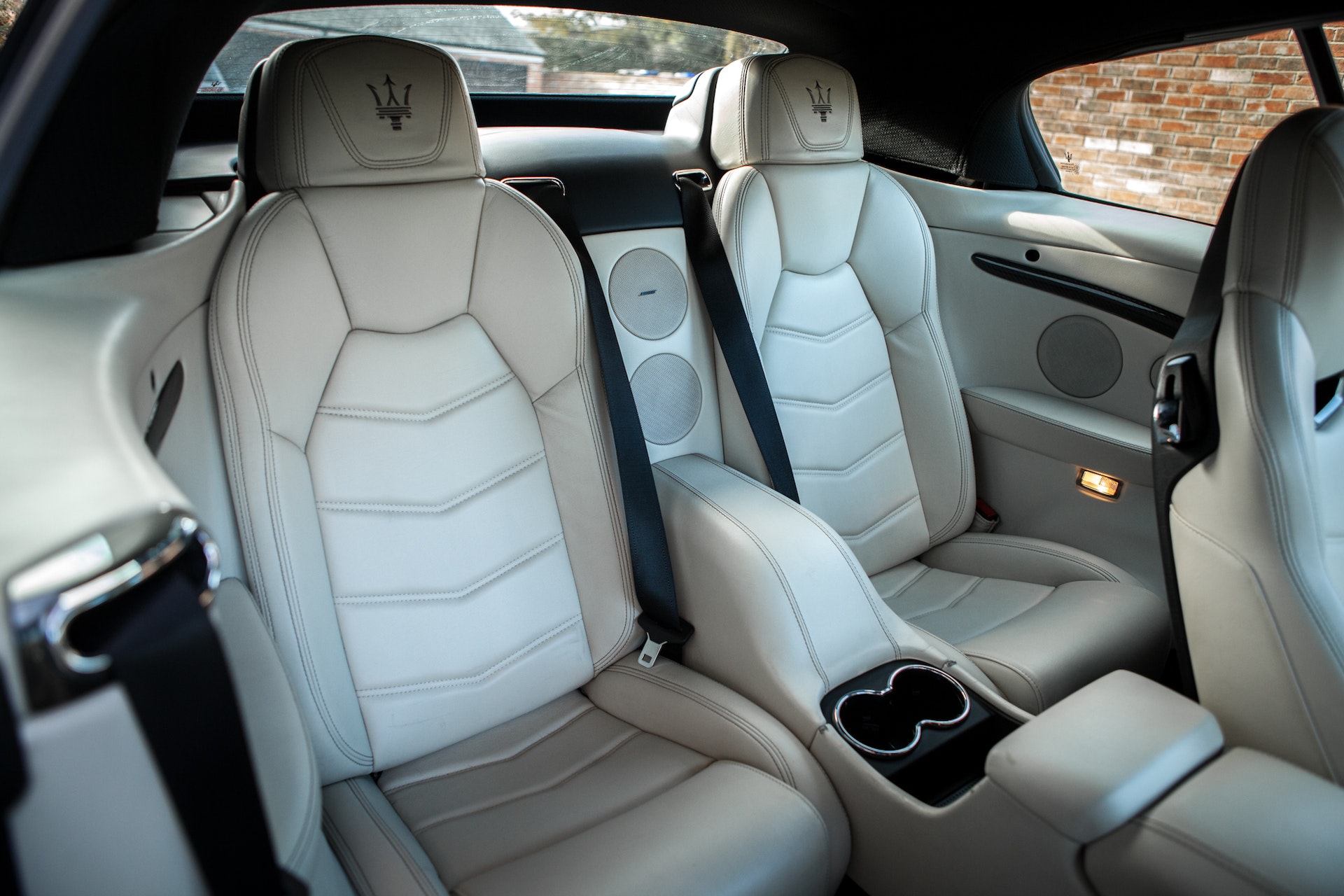 Ahead of the driver, there are paddle-shift gear selectors and the steering wheel is finished with carbon-fibre trim with a silver top-centre marker. The carbon-fibre accents are also present on the door cards and dashboard trim strip, as well as on the gear lever. Both front seats have three-stage heating and electrical adjustment, while the driver’s seat also has a memory function. All four seats also feature the Trident logo stitched into the headrests. 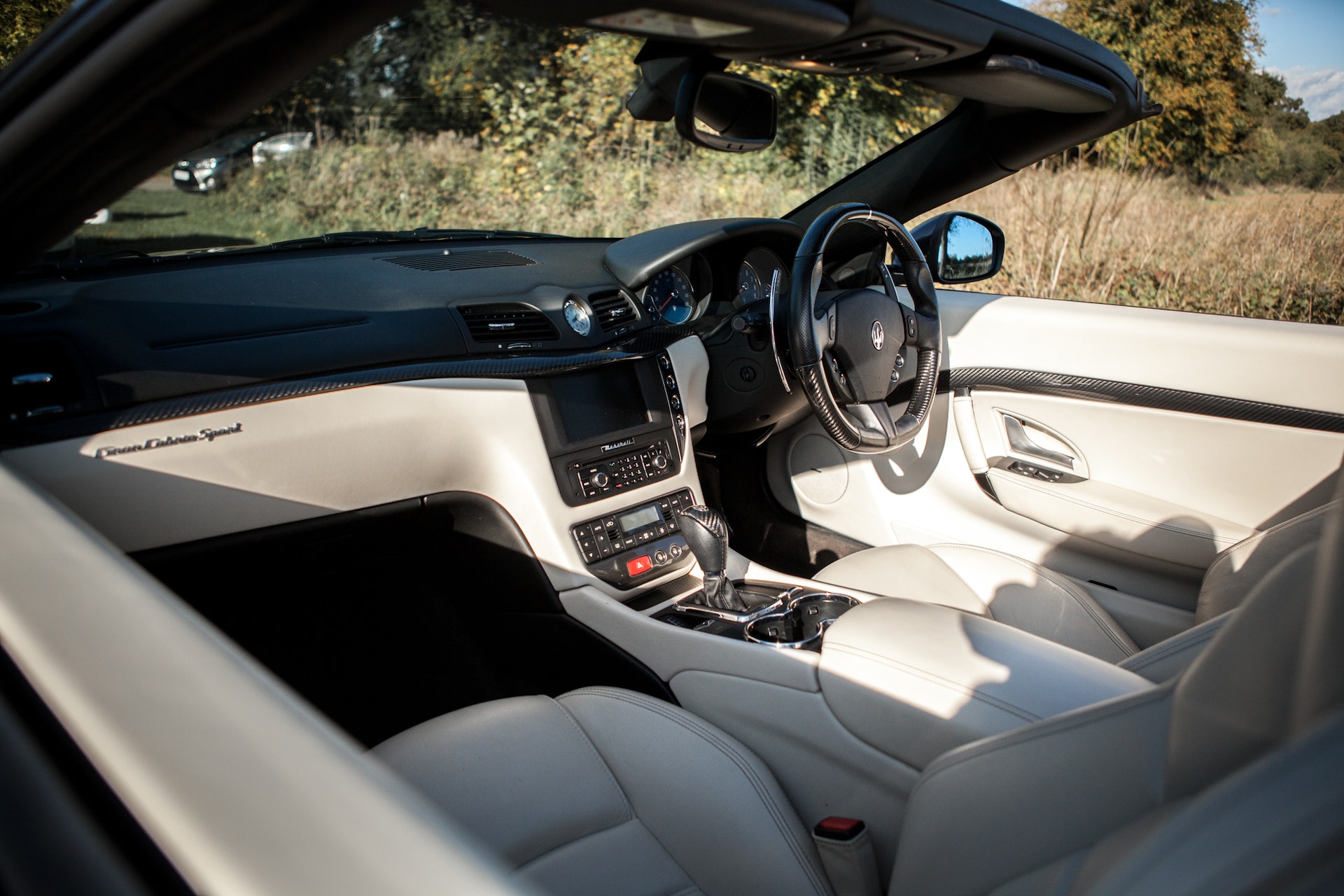 The most recent scheduled maintenance was at Dick Lovett Swindon in July 2018. It included a full fourth-year service, including brake fluid and coolant renewal, an oil change, replacement of the fuel filter, pollen filter and carbon filter, as well as a new auxiliary belt and lambda sensors. 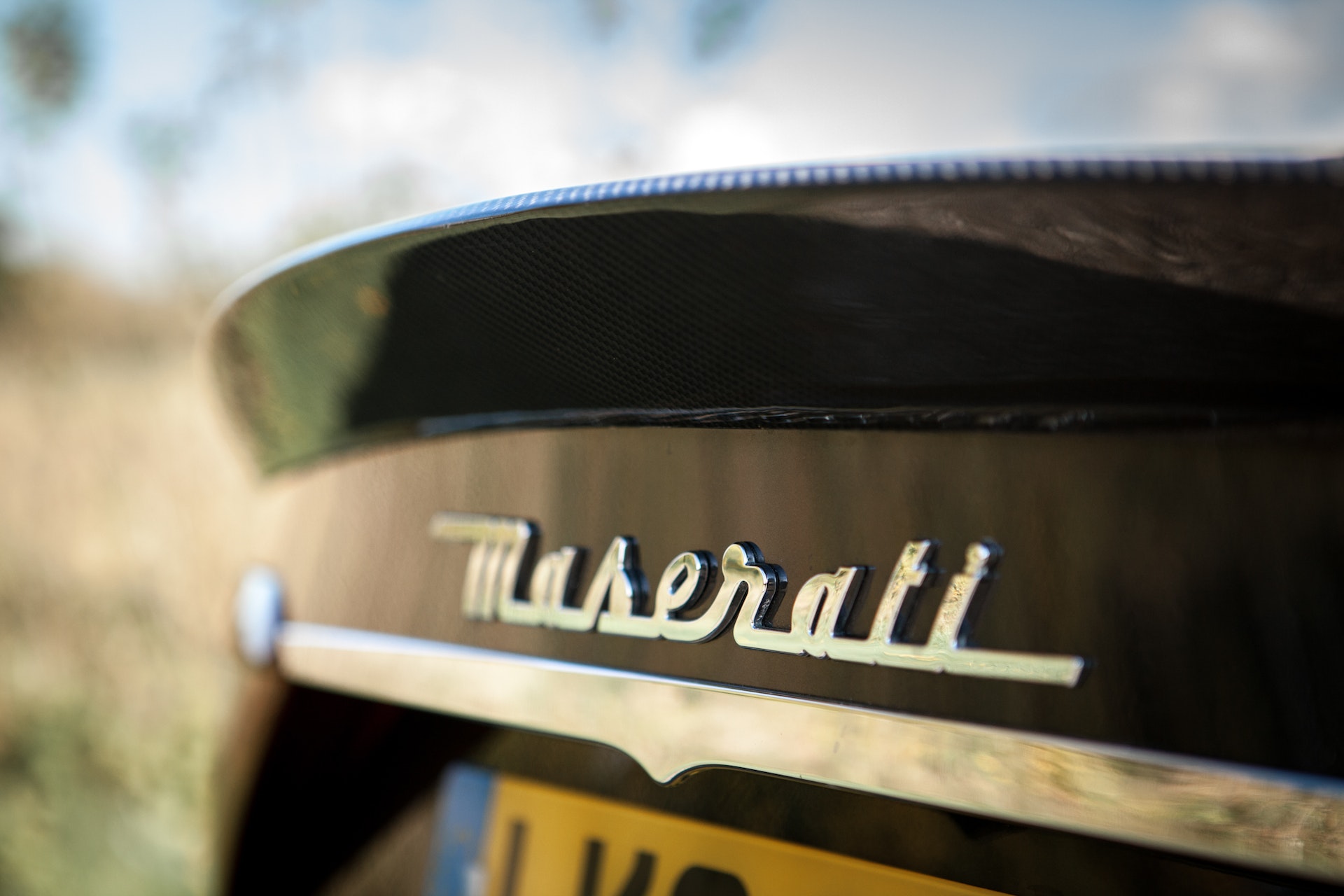 Prior to this, the car was seen by Maranello Maserati in Egham. Its last MOT test was on 4 September 2019 at 19,915 miles, which resulted in a clean pass with no advisories. The wheels are shod in a set of Pirelli P Zero tyres in 245/35 ZR20 at the front and 285/35 ZR20 at the rear, which all have plenty of tread remaining. 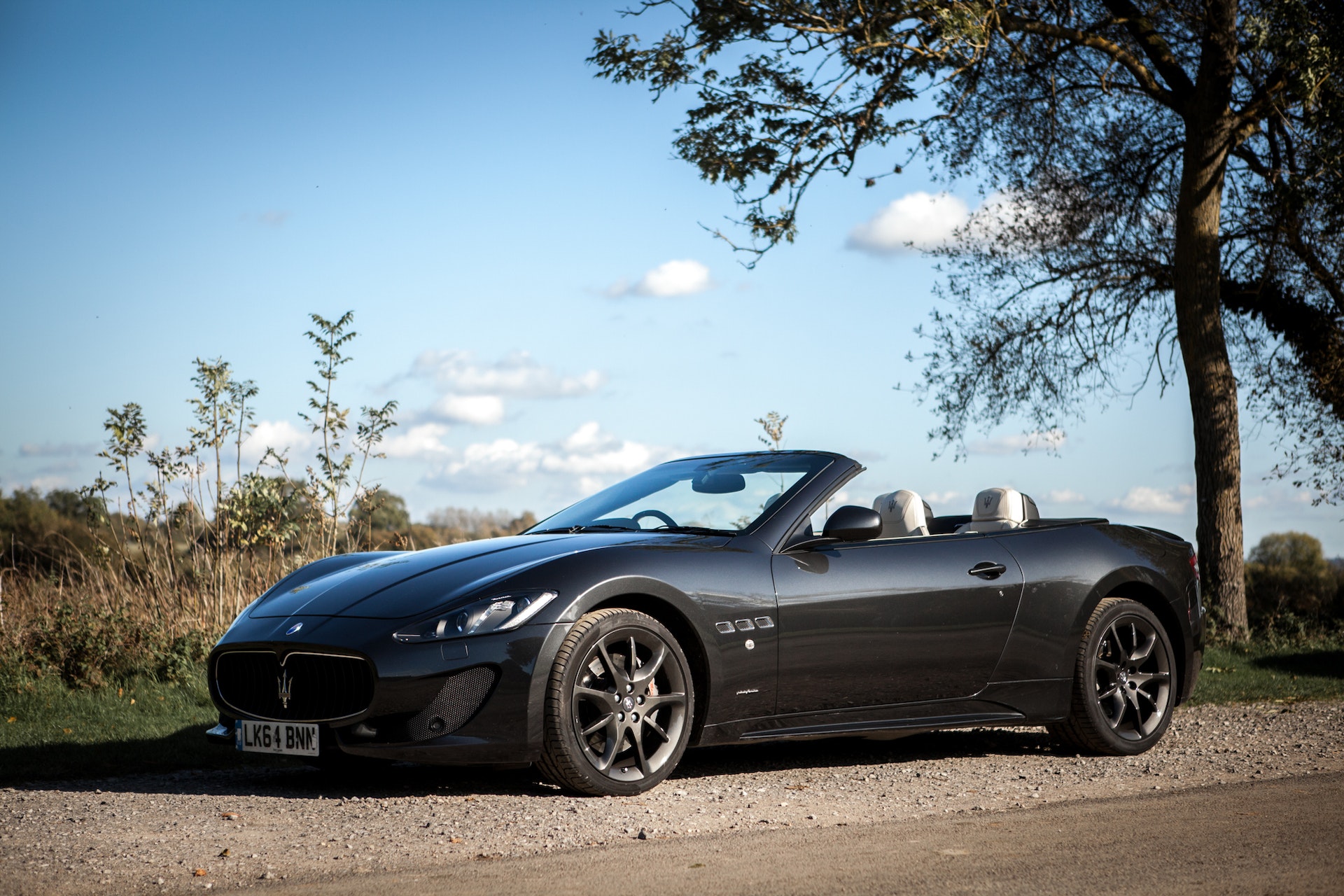 The car is accompanied by all of the original books, as well as the tool kit and tyre compressor in the blue Maserati fabric bag.

This Maserati GranCabrio Sport is presented in a desirable factory specification, with genuine low mileage from new. The car boasts an impressive balance between ride comfort and dynamic handling, and will undoubtedly put a smile on the face of its next owner every time they get behind the wheel. It is hard to think of a more beautiful four-seater cabriolet, and this particular example is ready to enjoy immediately.