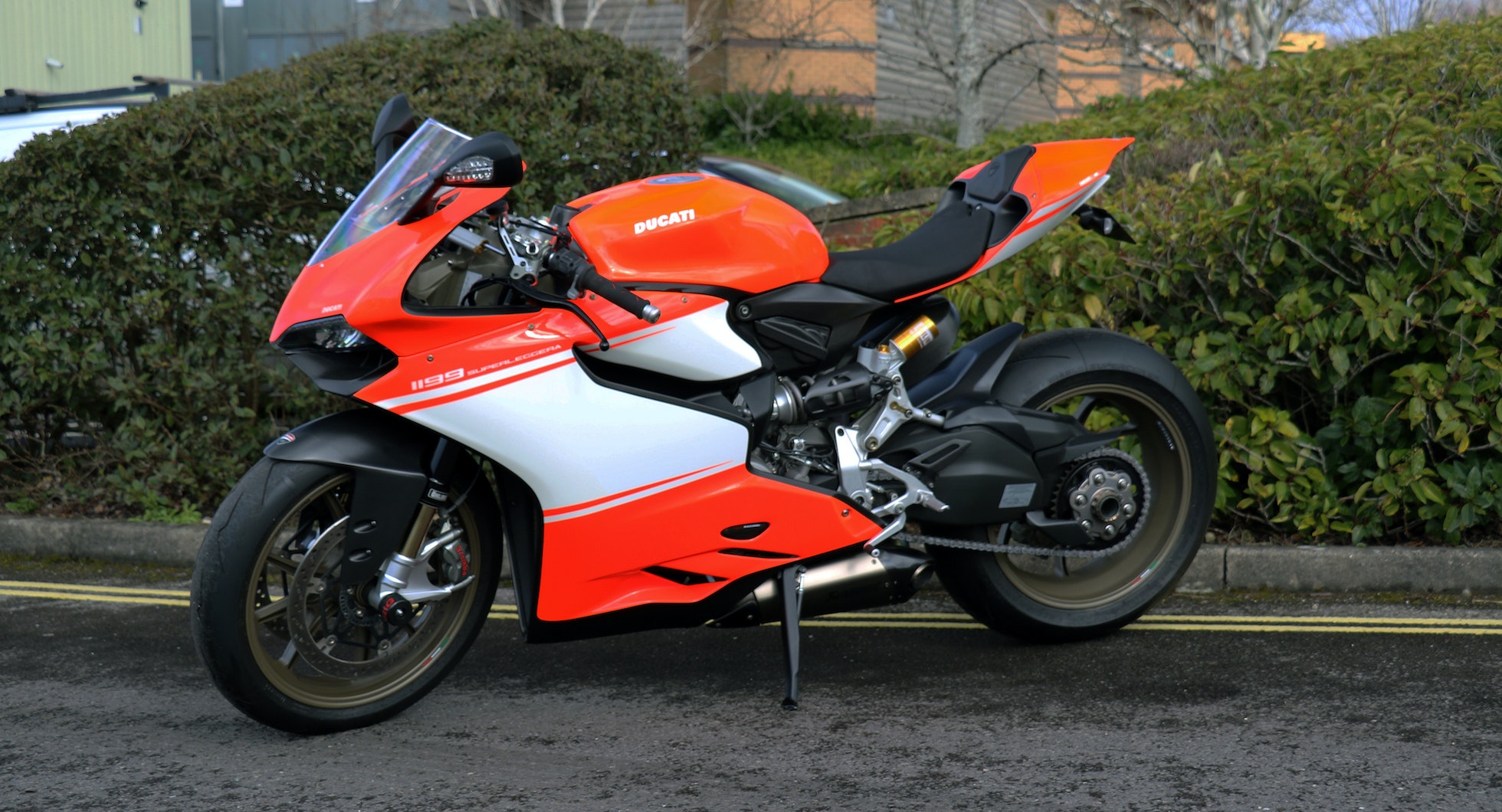 This Ducati 1199 Superleggera is a wonderful example of a remarkably powerful, lightweight, and limited-edition superbike. Its engine is the 1198cc Superquadro V-twin with titanium con-rods, producing 200bhp, and is driven through a six-speed transmission. At launch, the Superleggera boasted the highest power-to-weight ratio of any production motorcycle in history, with a dry weight of just 155kg. This example has been used sparingly on the road, and the odometer shows just 3,358 miles from new. 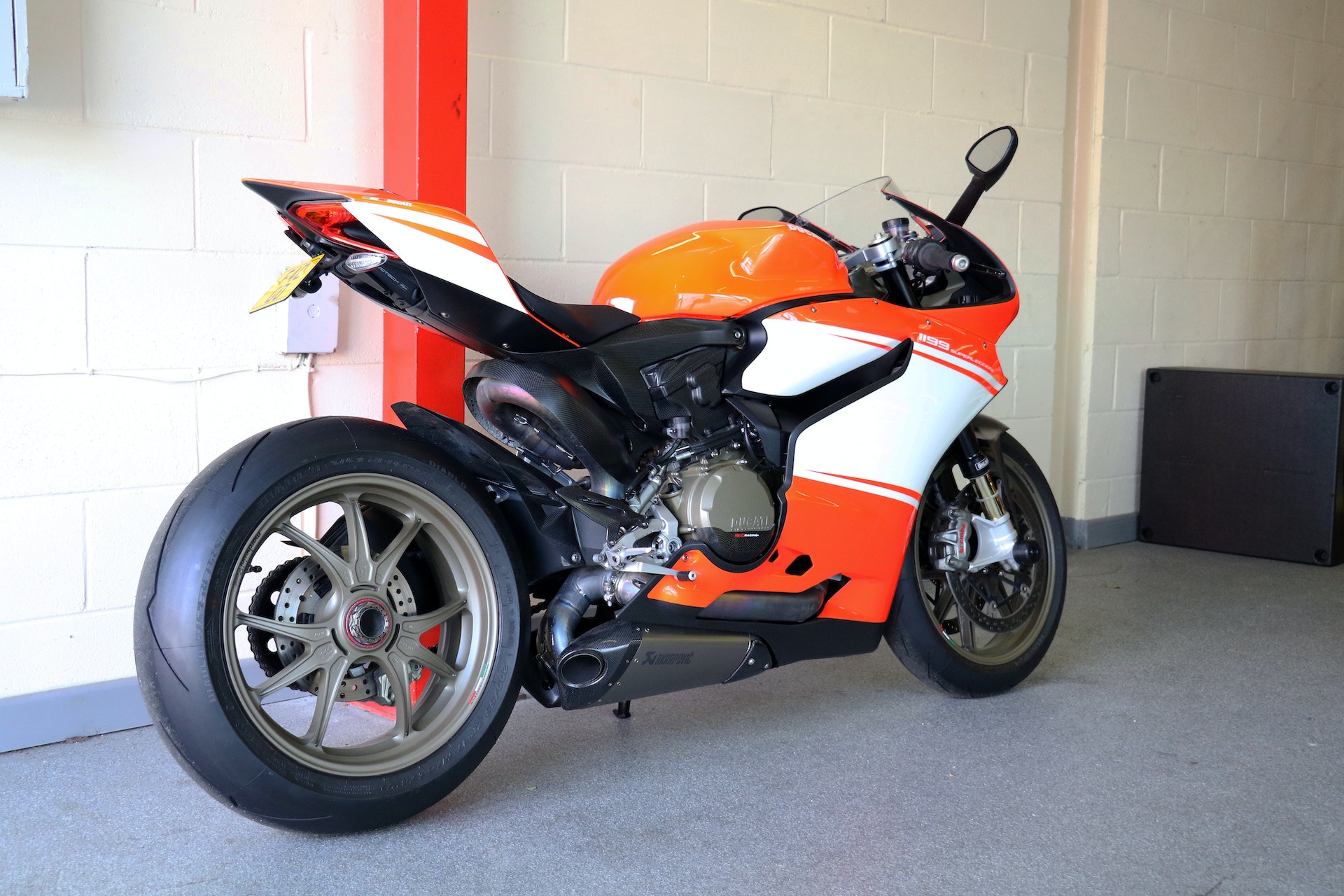 Built as an evolution of the 1199 Panigale R, the Superleggera - as the name suggests - took weight-saving several steps further. Its frame is a magnesium monocoque, which is complemented by a carbon-fibre rear subframe and carbon-fibre bodywork. The Marchesini wheels are forged and machined magnesium, and the radiator cap and footpegs are bespoke, lightweight items. Numerous bolts and fasteners around the body and frame are made from titanium, while the bike also uses a lithium-ion battery. 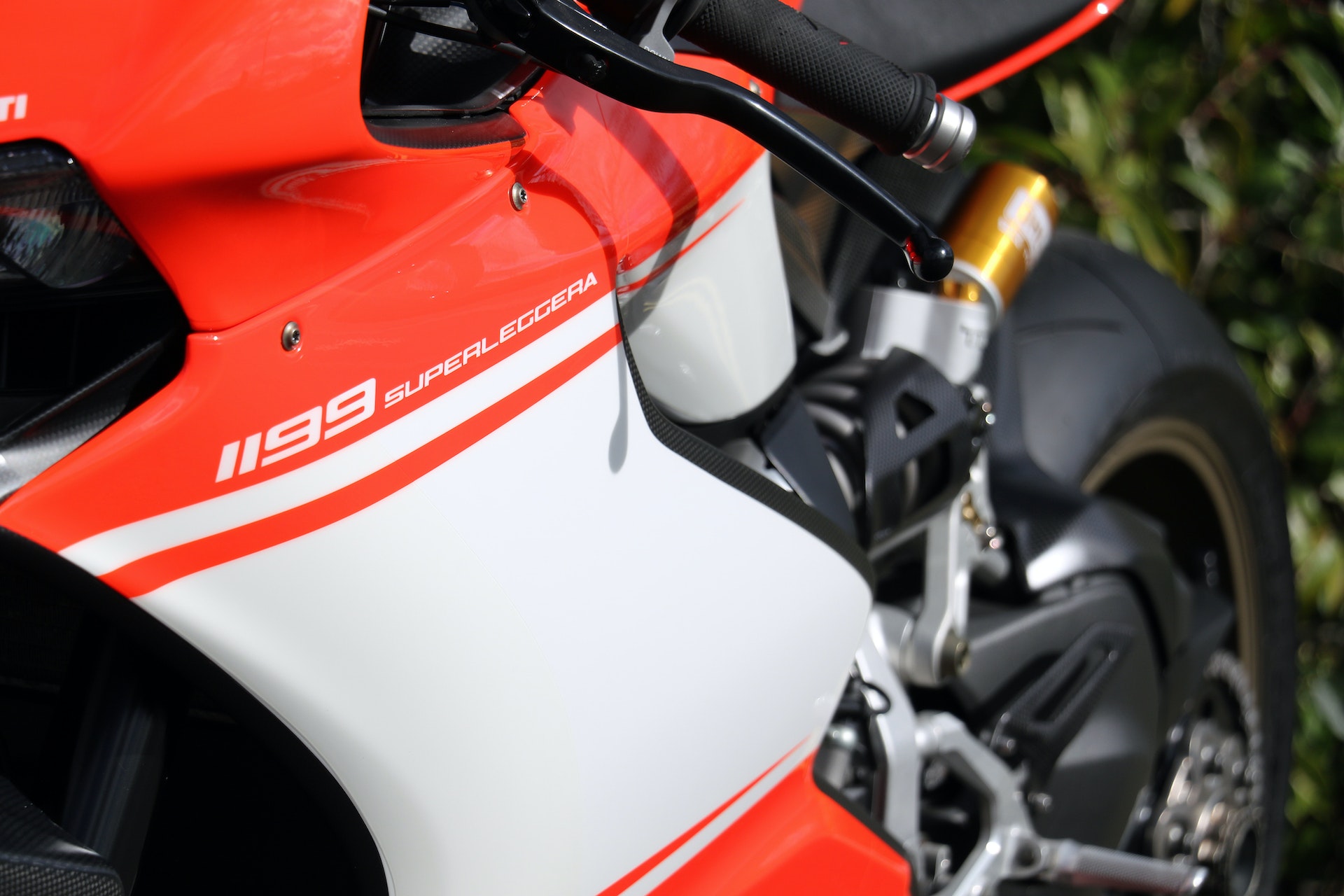 This particular 1199 Superleggera is number 419 of just 500 examples delivered worldwide, of which fewer than 50 are believed to be in the UK. It was first registered in October 2014, and was evidently kept as a collector’s item over the next year, as its running-in service took place on 10 October 2015 with just 45 miles on the odometer. The next 12 months or so saw the bike put through its paces properly, being serviced again on 6 November 2015 at 618 miles, and then on 9 December 2016 at 3,358 miles. 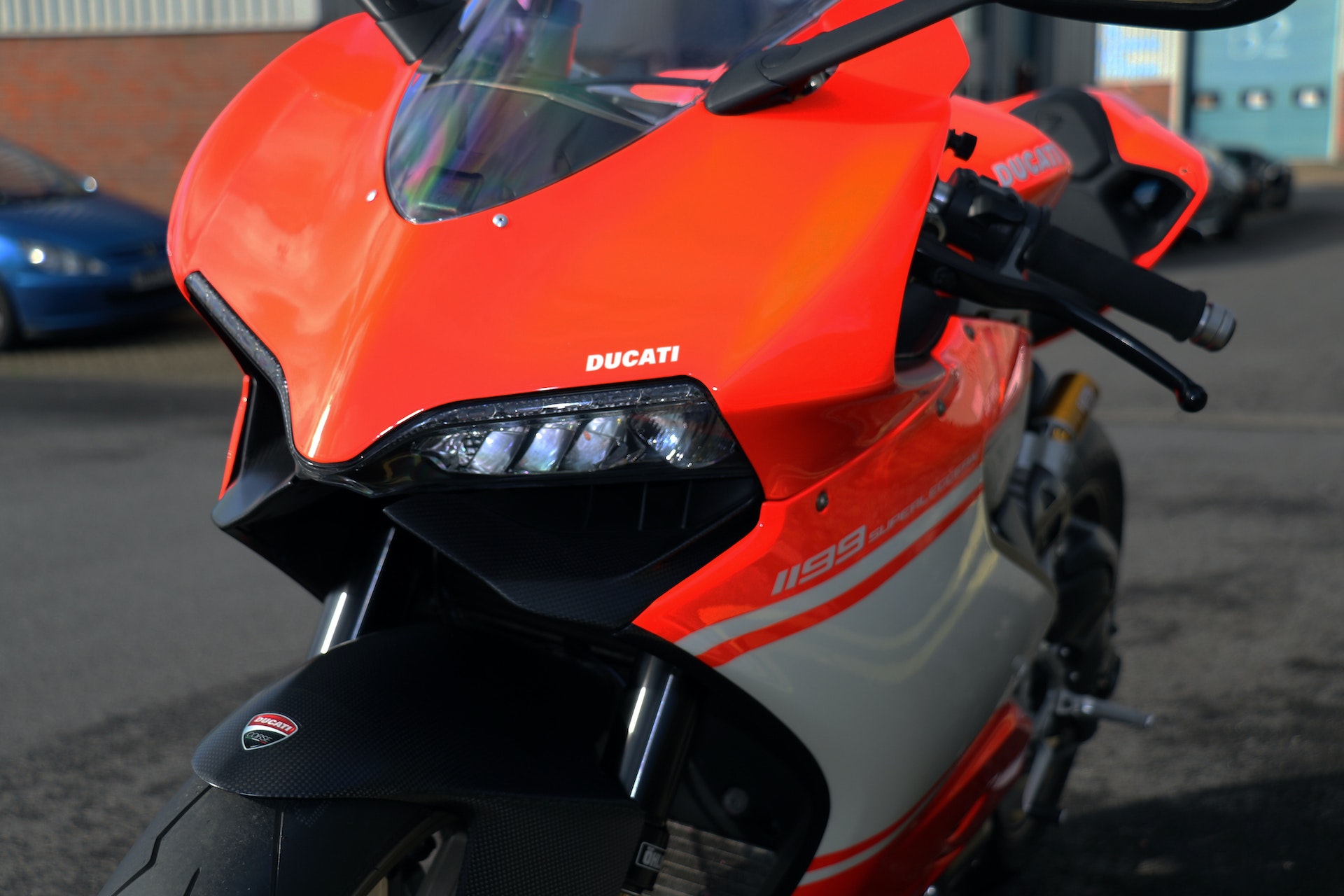 Since then, this superbike has barely turned a wheel, and has essentially returned to being an imposing and beautifully engineered piece of Italian art. However, it remains in superb order, and could swiftly be put back into regular use should the next owner desire. 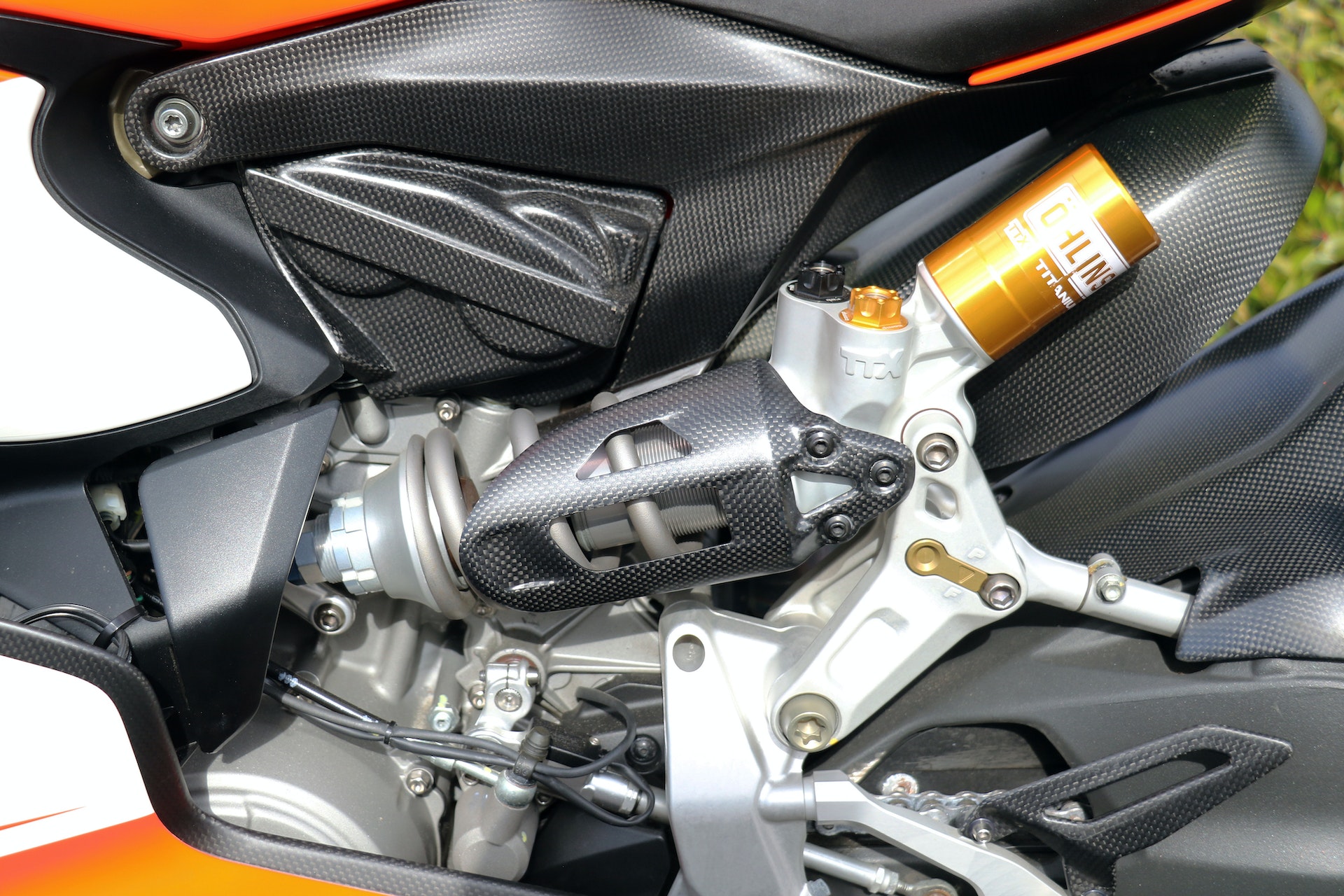 Its carbon-fibre bodywork is finished in the iconic Ducati Corse Red livery with white accents. The paint remains in excellent condition throughout, as the detailed set of photos shows. Likewise, the exposed carbon-fibre elements are in great shape, with no damage or cracks. The three-spoke forged magnesium wheels are size 3.50″ x 17″ at the front and 6.00″ x 17″ at the rear, and present superbly. 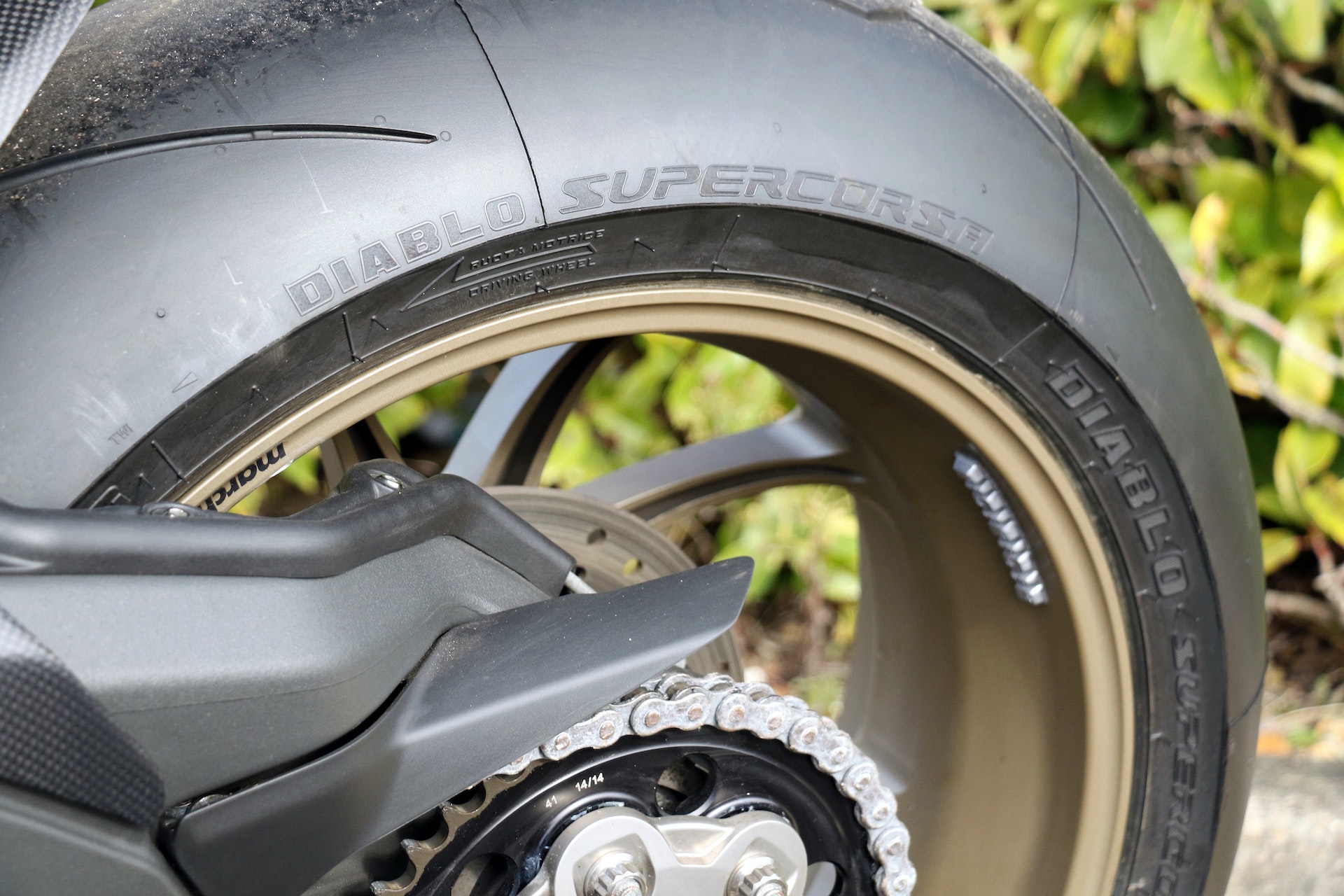 Reviewing the Ducati in 2014, Michael Neeves of Motor Cycle News said: “The Superleggera is quite simply a work or art, made with the best of the best parts and materials. With its bodywork removed you could sit and drink in the detail for hours on end.” 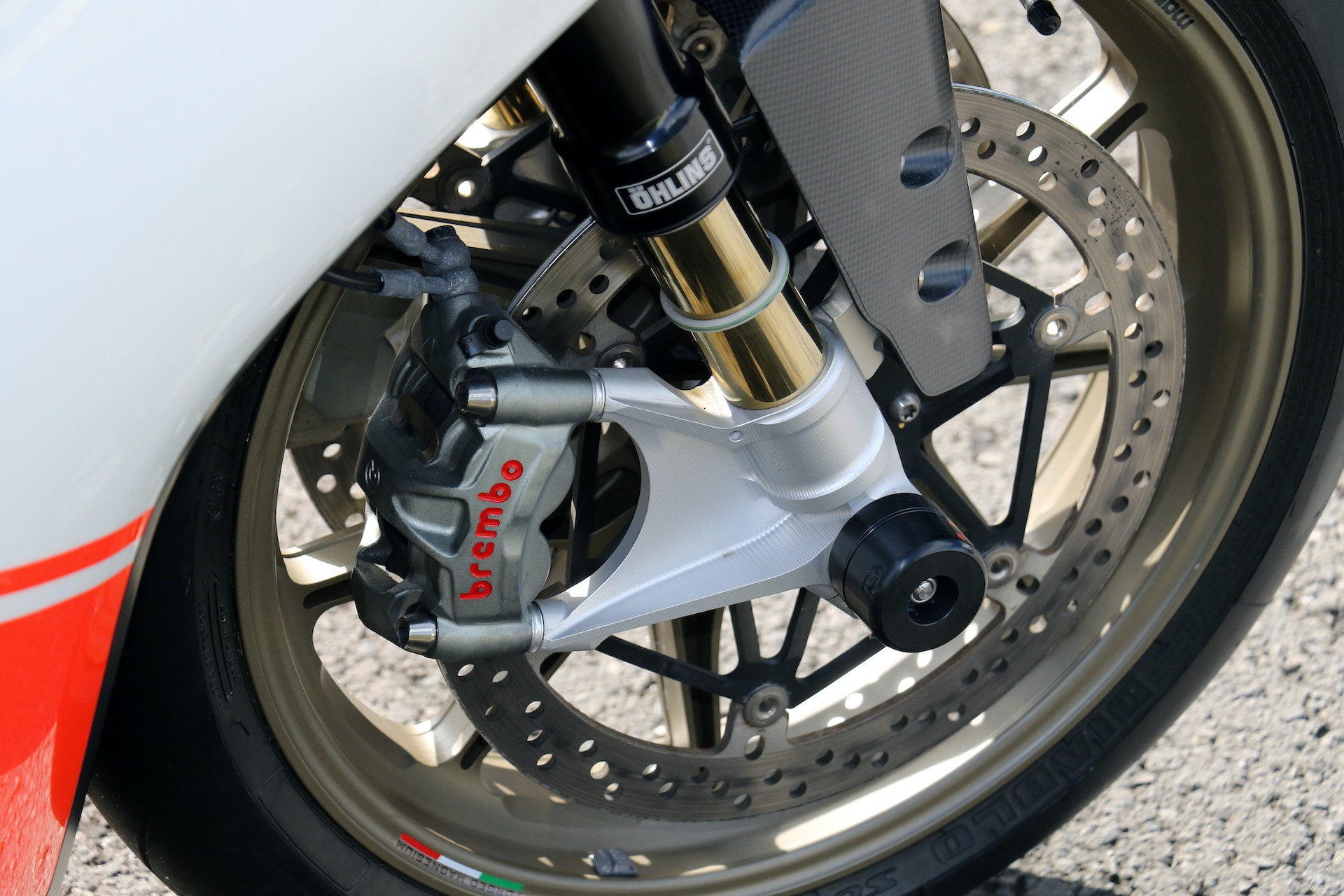 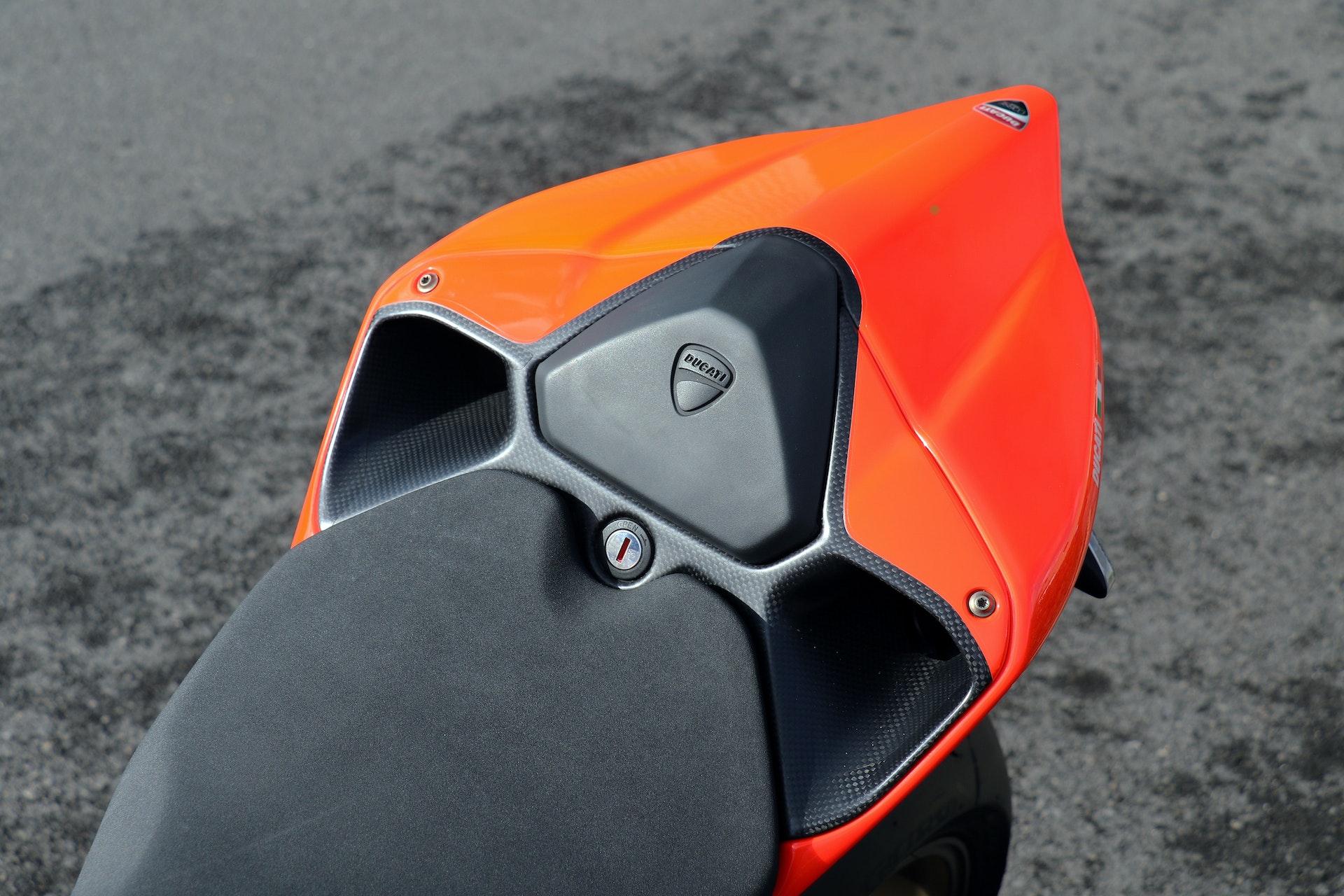 The last scheduled maintenance on the bike was in December 2016, so it is due another service now based on time rather than mileage. However, it is fundamentally ready to ride and enjoy straight away. The high-flow Akrapovič titanium exhaust system from the Superleggera’s Race Kit is currently installed, which means it sounds astonishing too. 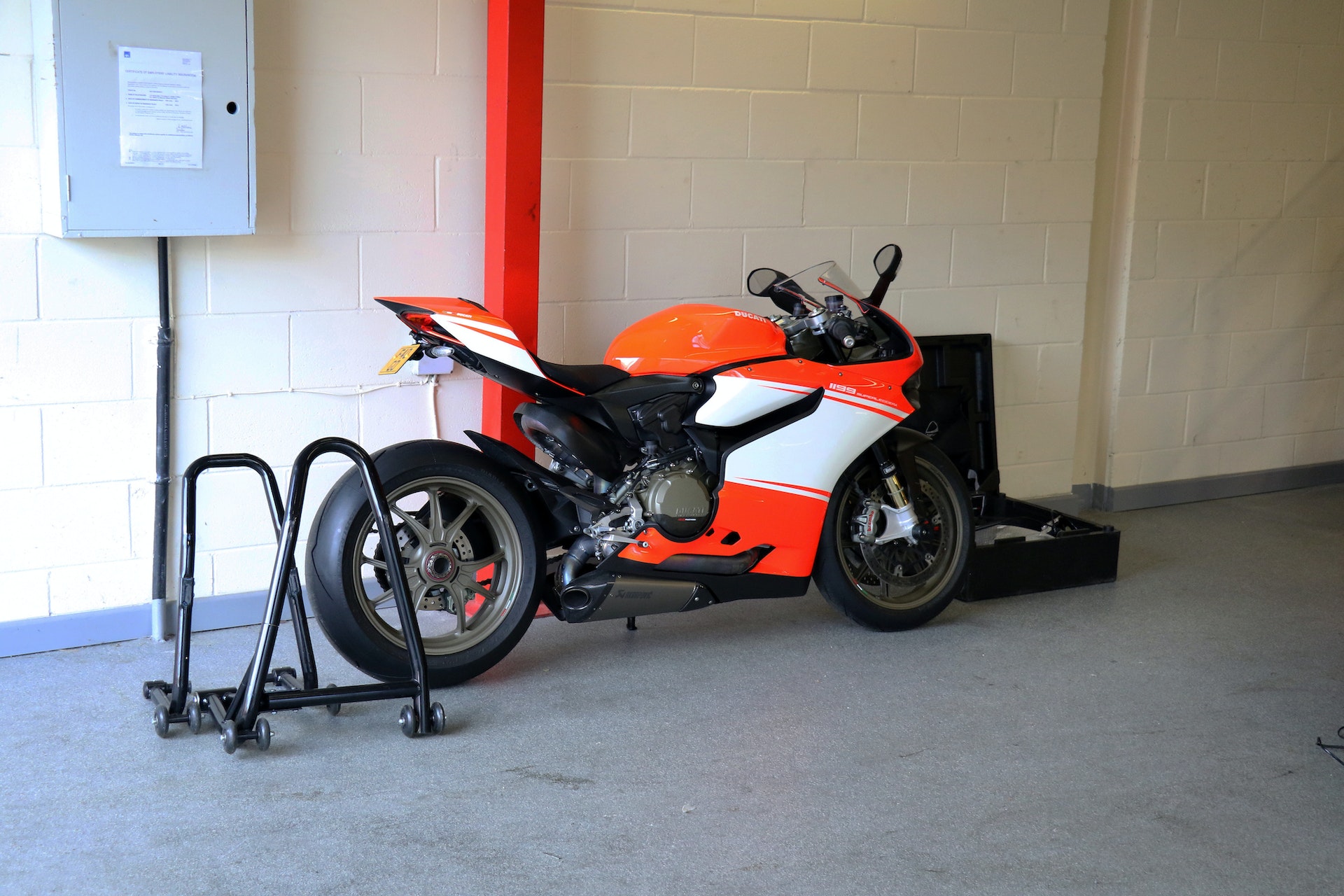 Its most recent MOT test was on 15 December 2016 at 3,358 miles, which resulted in a first-time pass with only a couple of advisories noting that the exhaust was noisy (due to the race exhaust being fitted), and that the front and rear brake pads were close to needing replacement. The forged wheels are fitted with Pirelli Diablo Supercorsa SP tyres in size 120/70 ZR17 at the front and 200/55 ZR17 at the rear, both of which are in excellent condition. 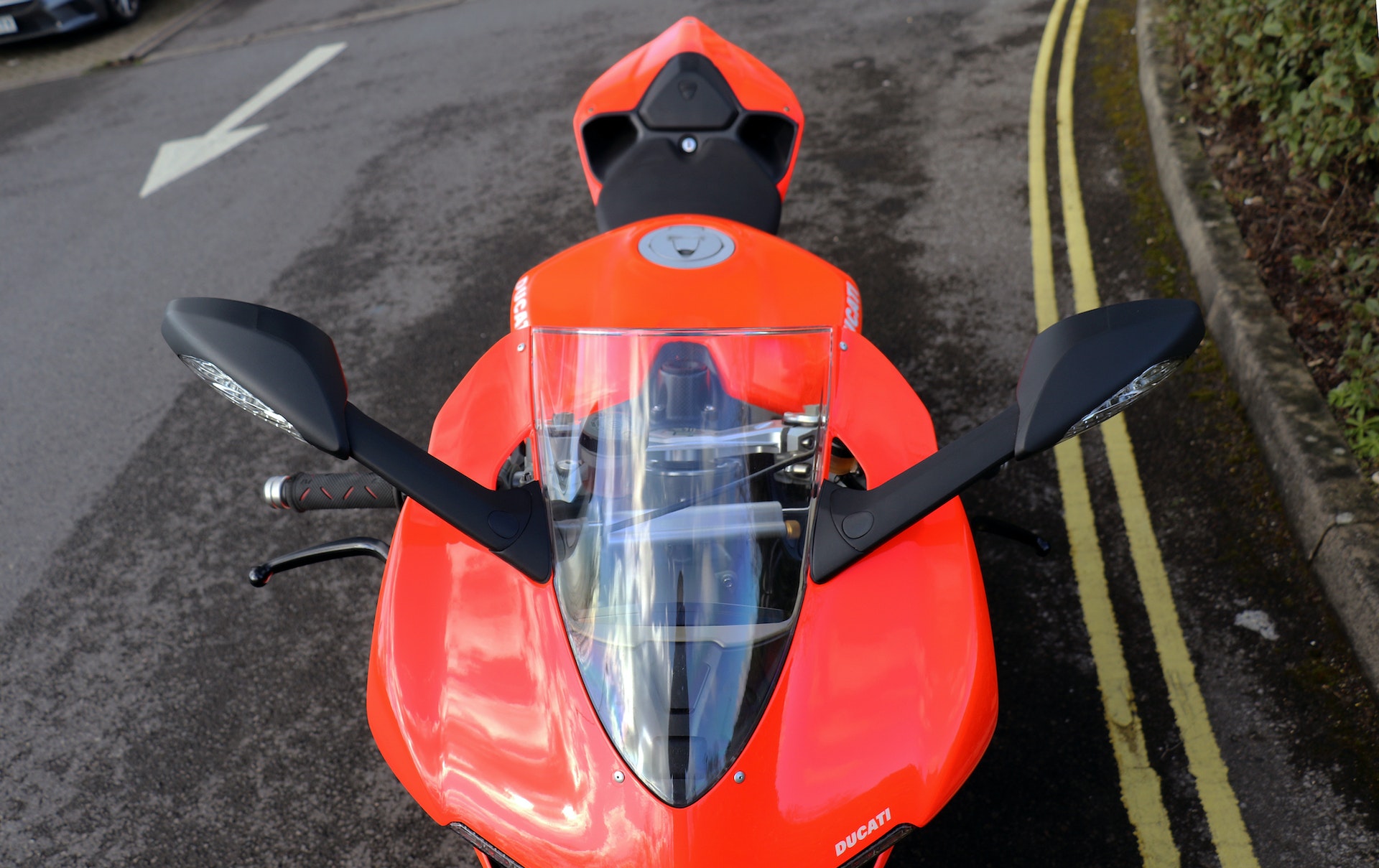 Accompanying the Ducati is the black storage box for the race exhaust, as well as the factory-supplied dust cover. The paddock stands also remain with the bike, along with a complete handbook pack housed in the original leather folder. 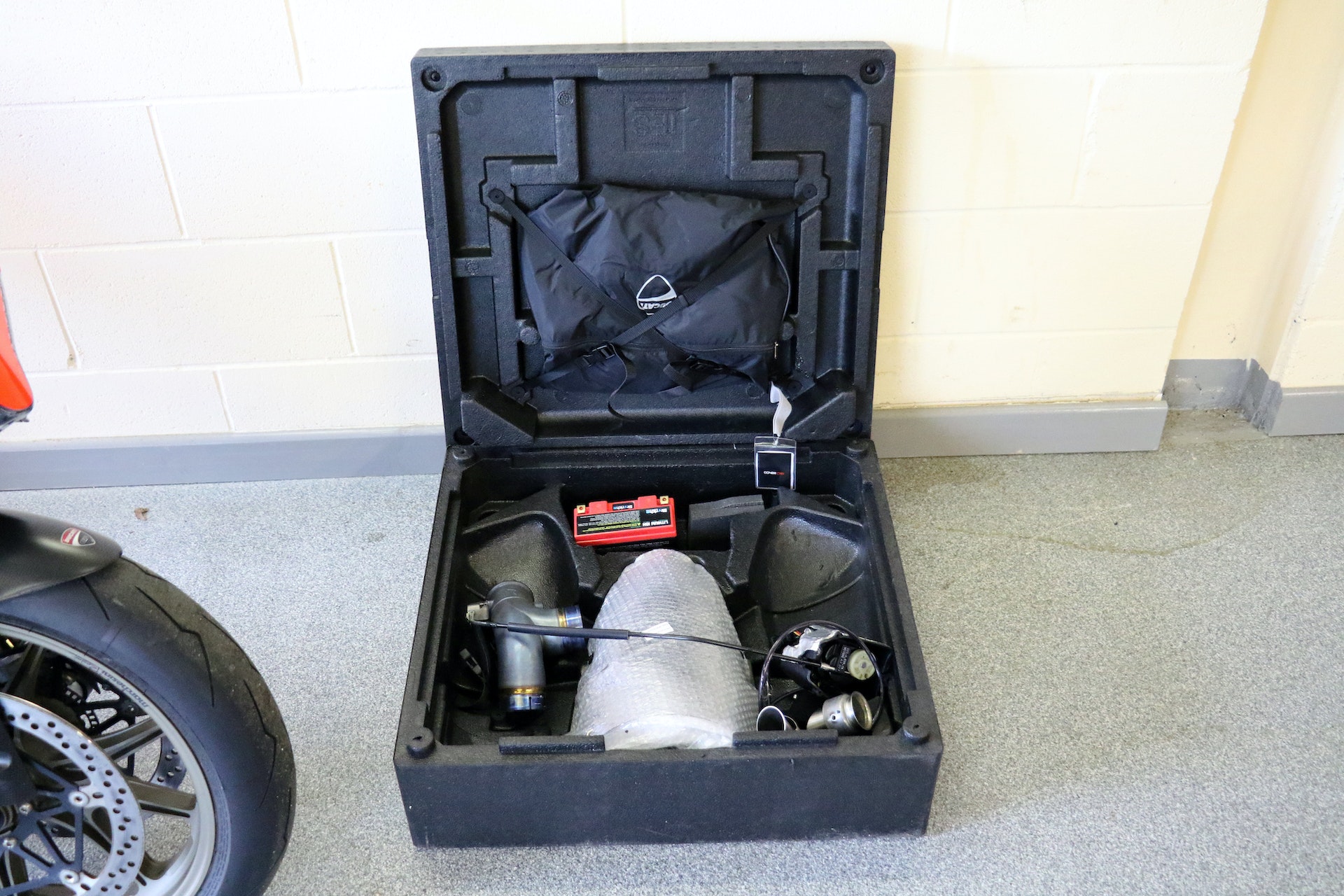 At the launch, journalist Blake Conner concluded: “I've never experienced this sort of raw acceleration on anything other than the full-blown World Superbikes/AMA Superbikes I've ridden in the past. The Superleggera is a truly awe-inspiring machine and it's almost inconceivable that it's street-legal.” 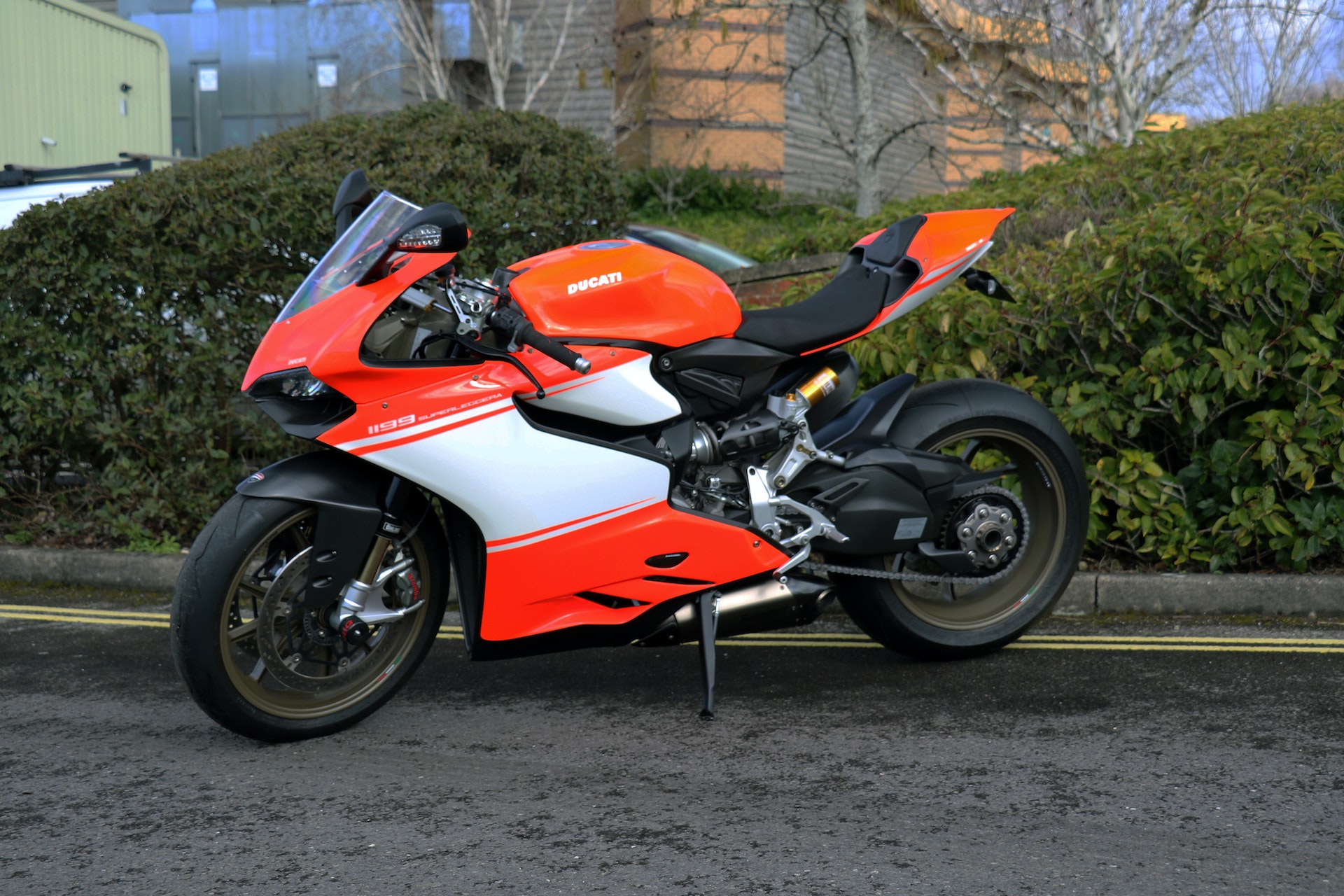 This Ducati 1199 Superleggera is a remarkable and exotic motorbike, built with an unparalleled focus on lightweight design to exploit the impressive power output. As one of only 500 examples built, it is undoubtedly a sought-after collector’s item, but it also deserves to be experienced on the road, where its jaw-dropping performance is sure to thrill the next owner.

Please note: the cherished plate shown on the car is not included in the sale. It will be switched back to another age-related registration plate in the event of a successful auction.