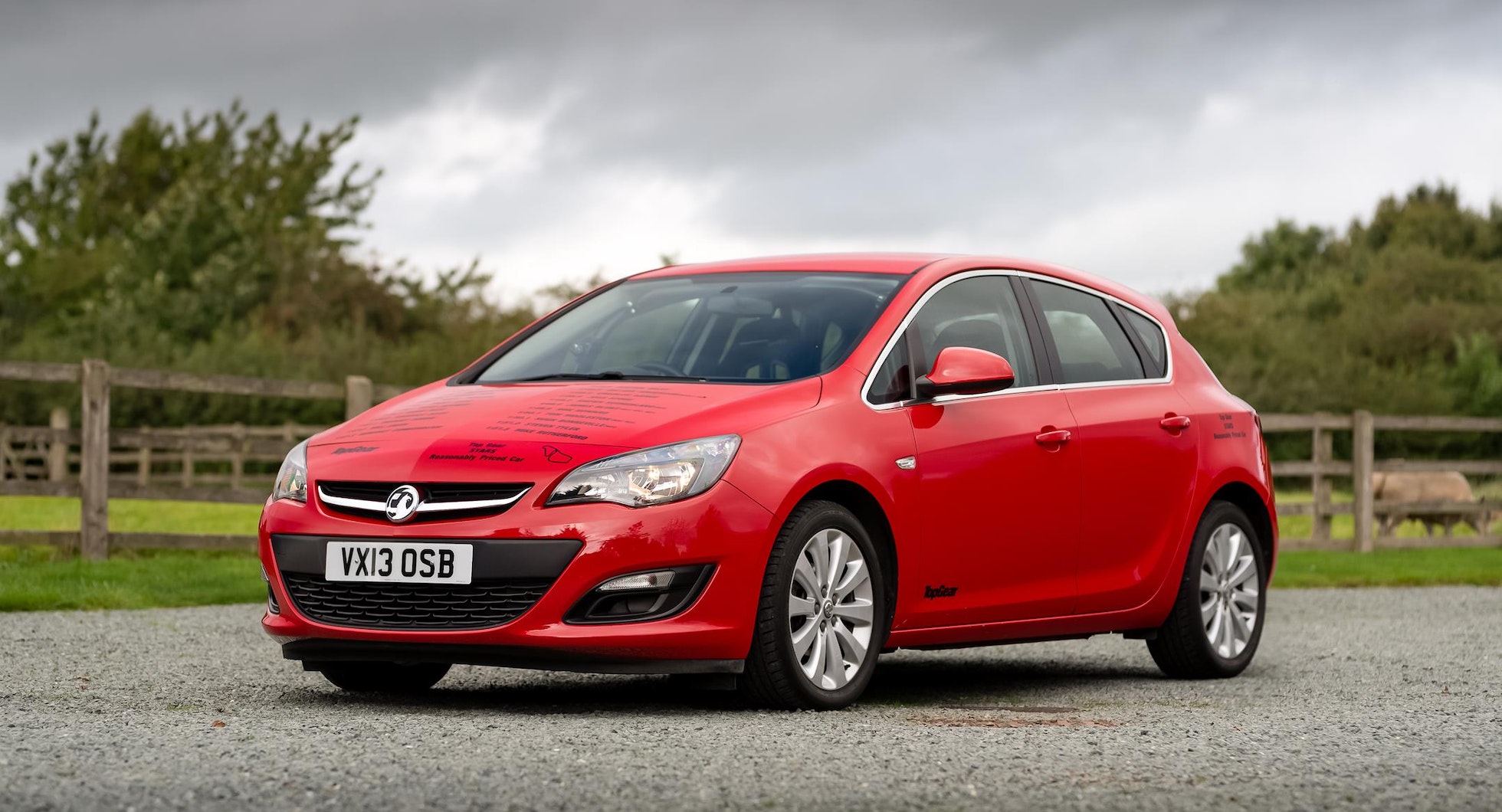 This Vauxhall Astra is the very car used by a host of famous faces throughout 2013-2015 as the ‘Star in a Reasonably Priced Car’ on the Top Gear TV show. The ‘VX13 OSB’ registration plate can be spotted in numerous videos online, with the likes of Will Smith, Margot Robbie, Hugh Jackman and Gillian Anderson setting lap times around the Dunsfold circuit. 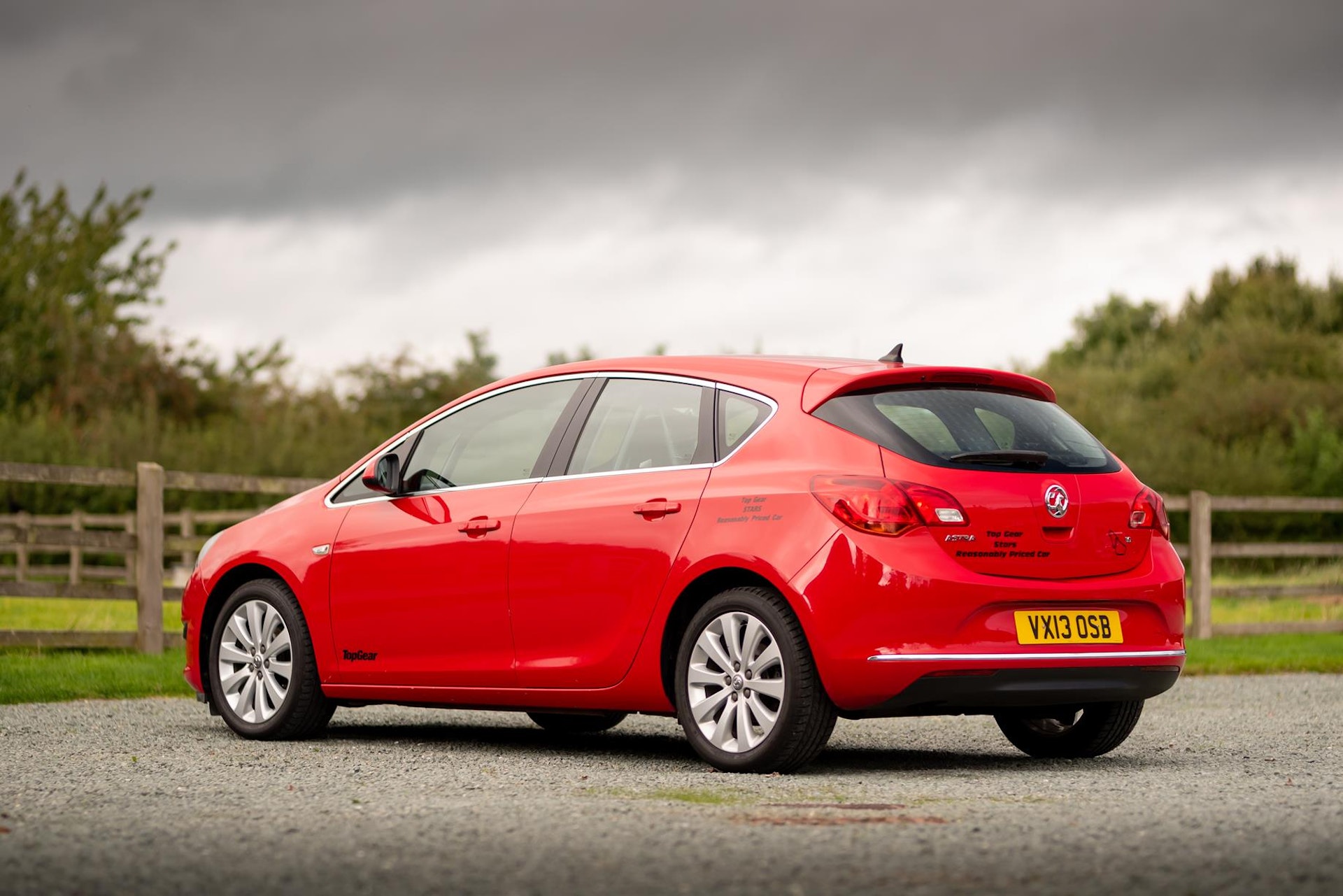 A humble 1.6-litre VVT petrol model in Tech Line trim, its peak power of 113bhp is driven through a five-speed manual transmission. The car was modified for the TV show to include Corbeau Sprint racing seats with five-point safety belt harnesses, as well as a full roll cage. In total, 22 celebrities drove the car throughout its time on the show, and their names and lap times are affixed as a decal on the bonnet. 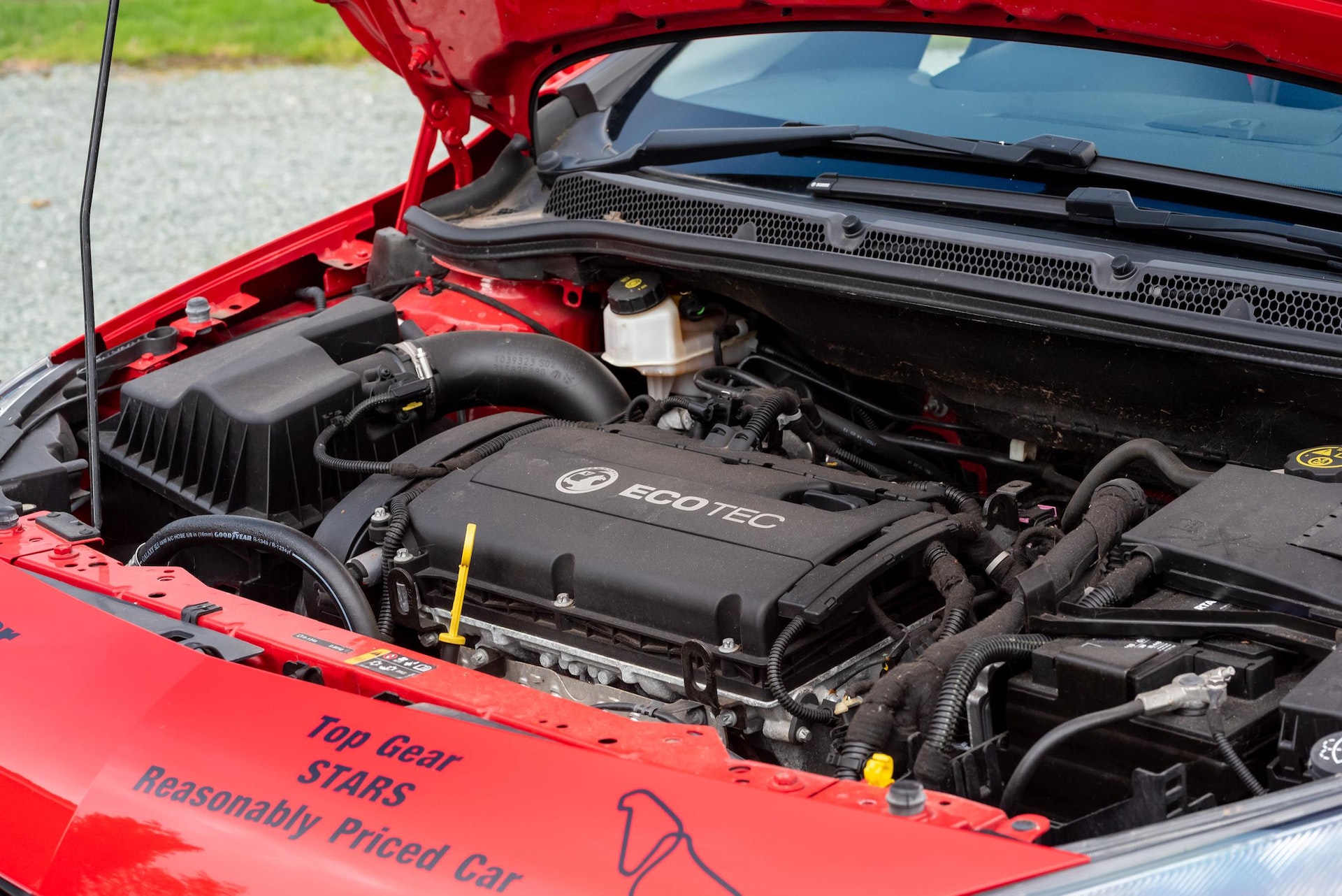 There is only one previous keeper on the V5C logbook, which is General Motors / Vauxhall Motors. The car was loaned to the production company for the last three series before Clarkson, Hammond and May ended up leaving for pastures new. The vendor acquired the car a year ago and is the only private owner. He has ensured that the car has been kept in superb, ready-to-drive condition. 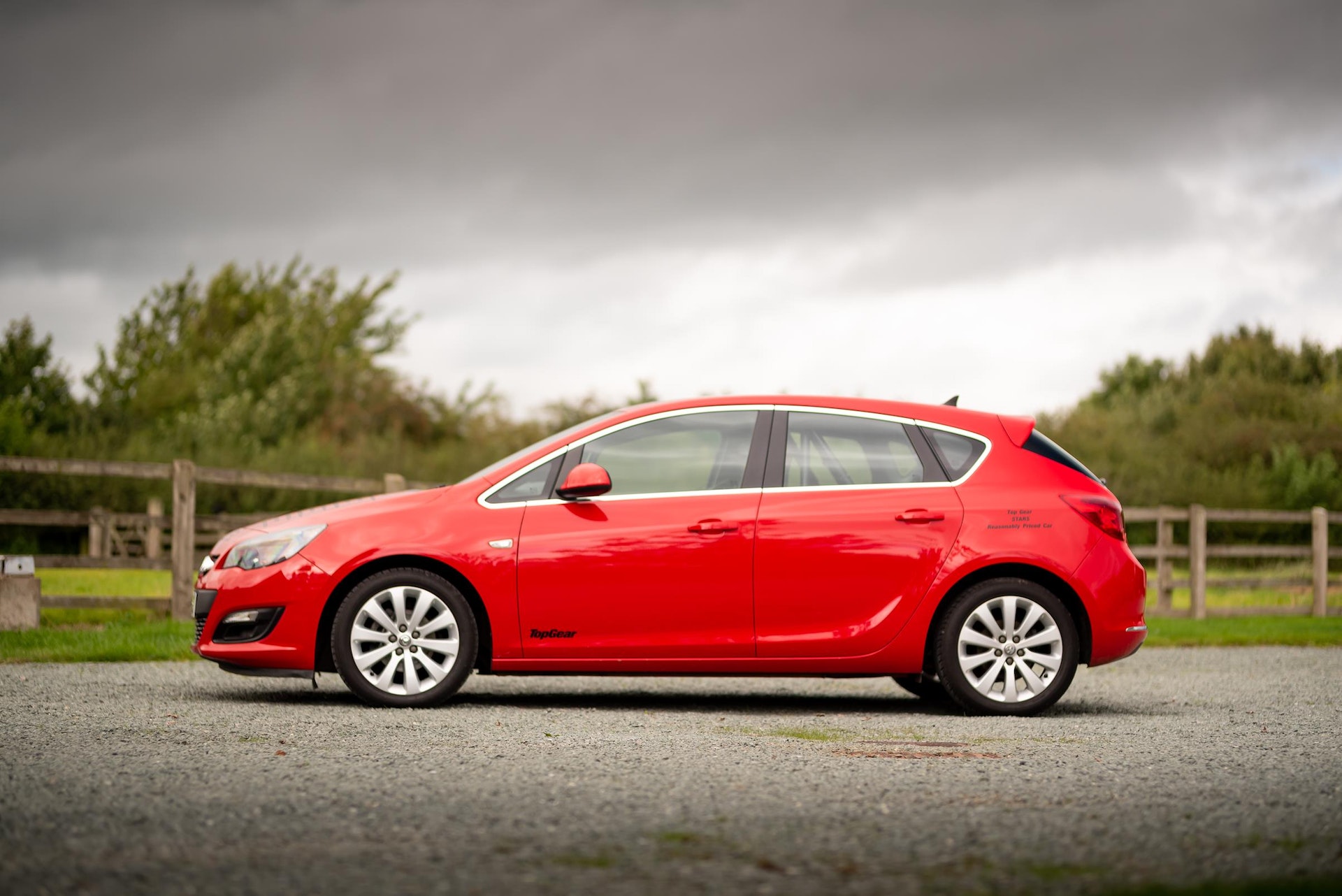 The Power Red paintwork is in very good order despite its well-publicised track use. There are minor marks from use that are highlighted in the media gallery, but the factory finish is still bright, smooth and largely blemish-free. Its 17-inch alloy wheels are still in great shape, with only a couple of small kerb marks as can be seen in the photos. The wheels are shod in Goodyear EfficientGrip tyres in size 215/50 R17 all round. 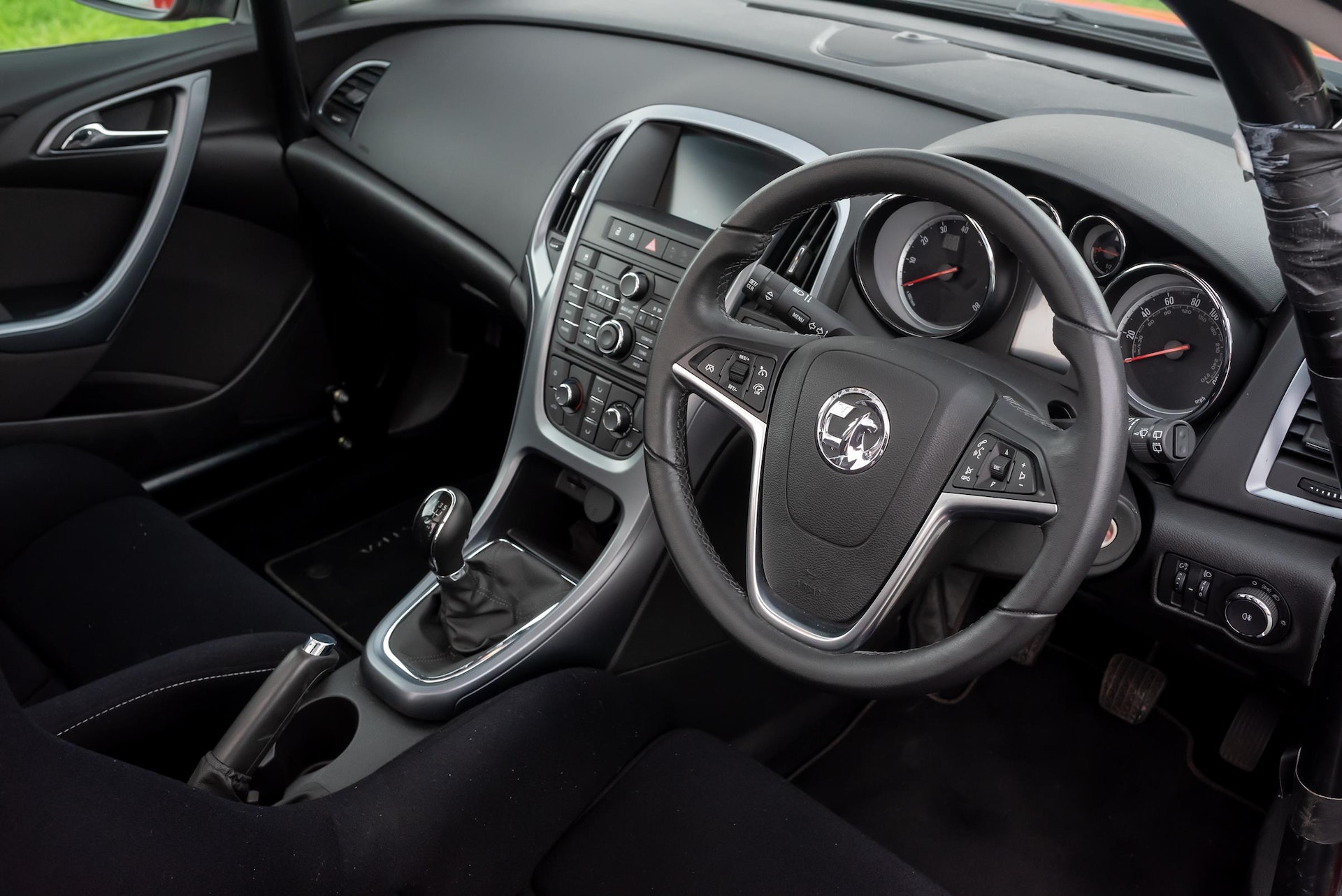 Inside, the Astra retains the Corbeau Sprint racing seats with custom Vauxhall embroidery, which have been sat in by every star listed on the bonnet. There are still two camera mounts affixed to the roll cage that have not been removed since filming concluded. 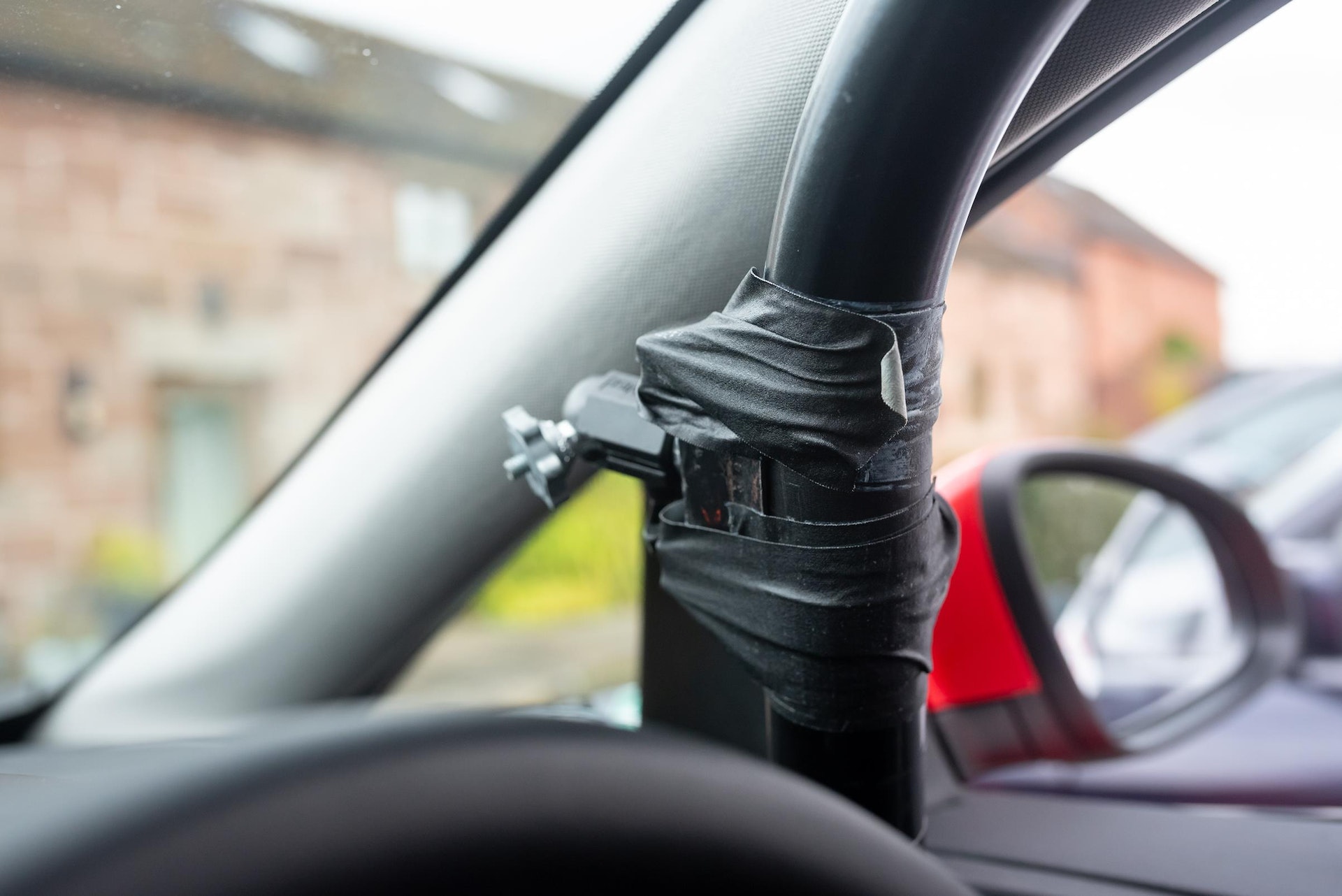 The specification may be of little consequence to a prospective buyer, but as a Tech Line model it features in-built satellite navigation on the seven-inch colour screen, a three-spoke leather-trimmed steering wheel, Bluetooth and iPod connectivity via USB, as well as DAB digital radio piped in through six high-quality speakers. 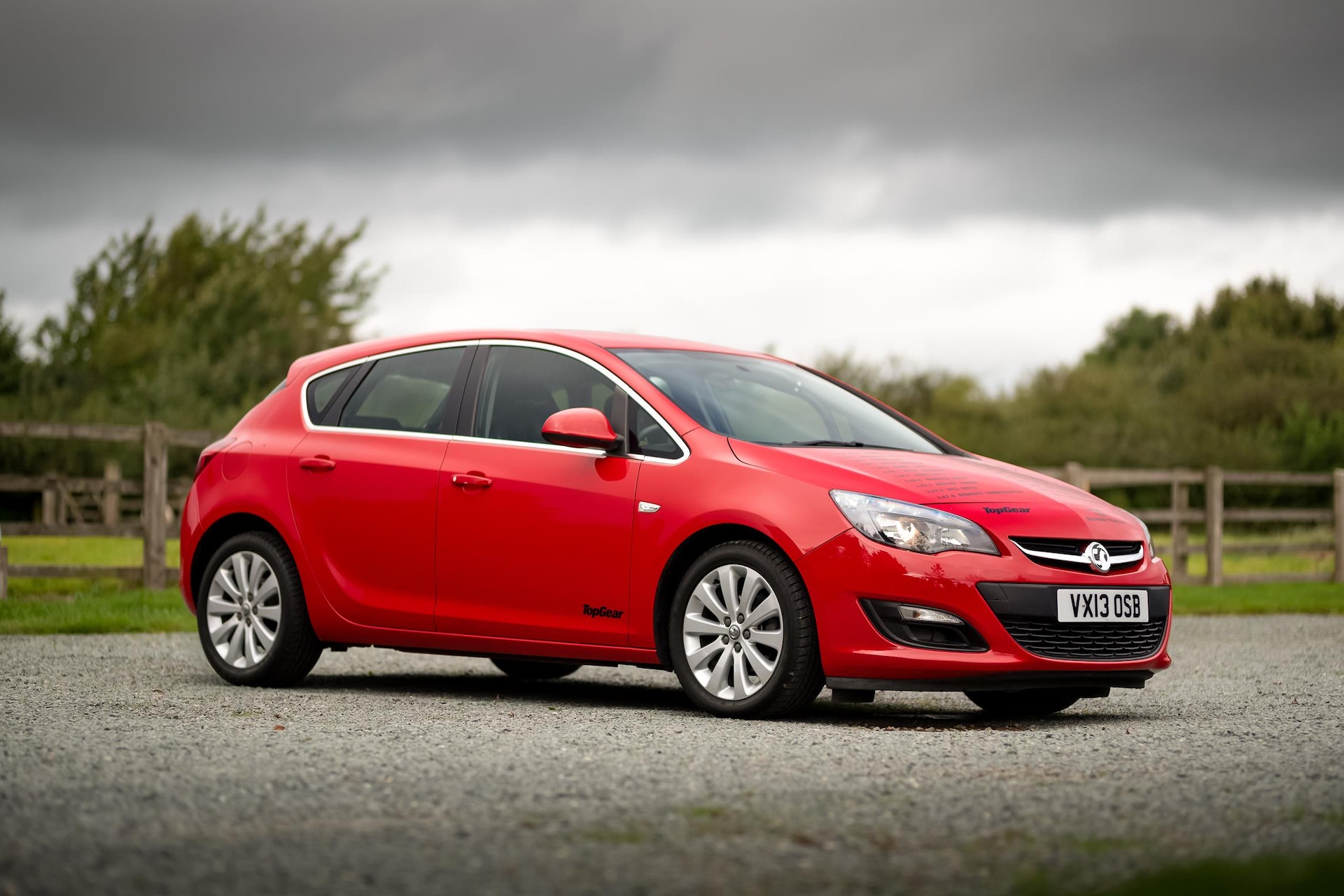 This Vauxhall Astra has been seen by more people than almost any other car in existence, appearing on three series of the most widely-watched factual TV programme in the world. The Astra was the last ‘Reasonably Priced Car’ to be used in the show’s Clarkson-era format. Its sale represents a unique opportunity for a die-hard Top Gear fan to acquire one of the most recognisable pieces of popular TV history.

The list below shows the roster of celebrities who have driven this Vauxhall Astra, along with their respective lap times.