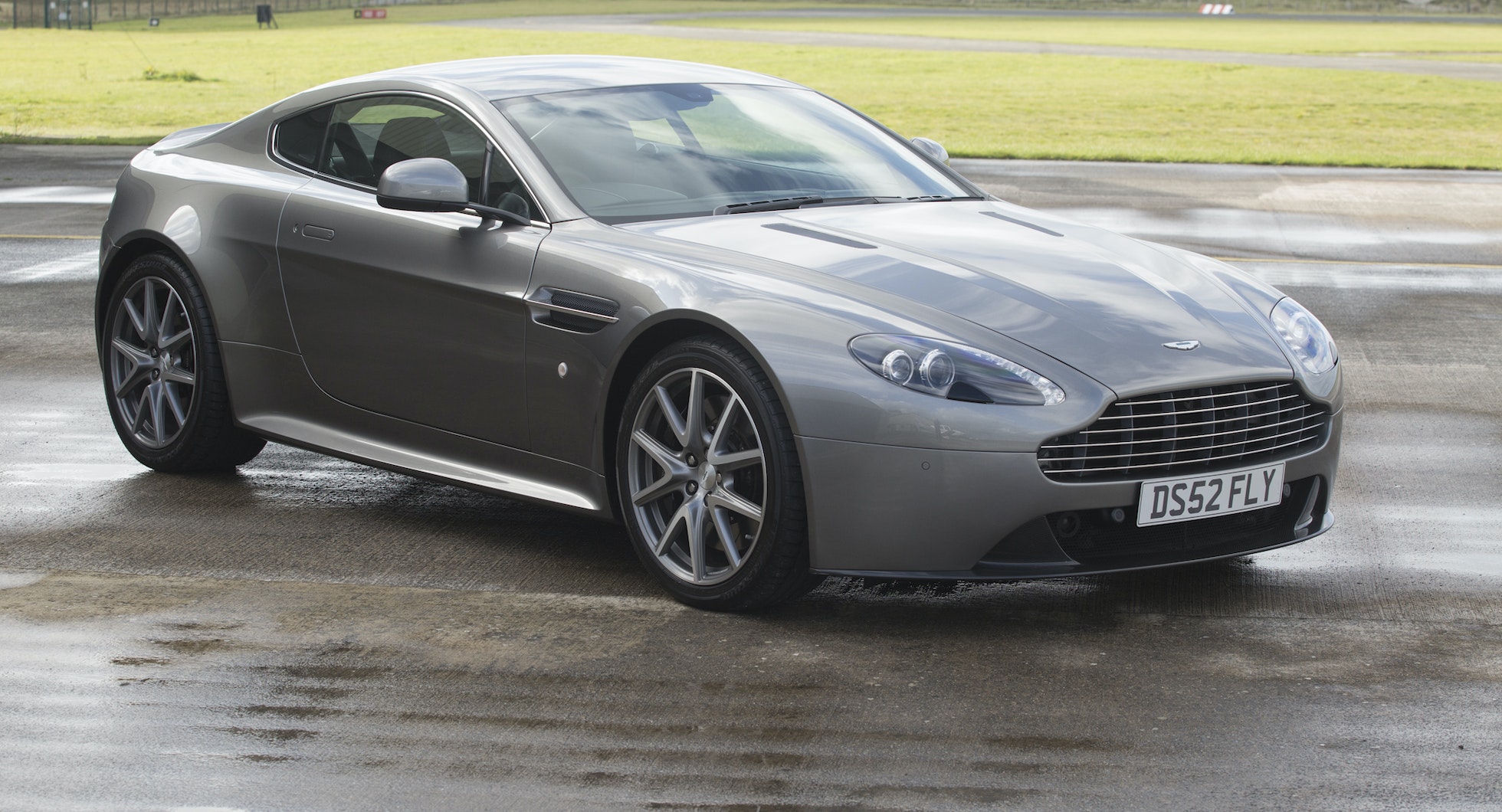 This 2013 Aston Martin V8 Vantage S is a superb, low-mileage sports car with a rare specification that makes it one of the most collectable contemporary models from the British marque. It is powered by the ‘S’ version of the 4.7-litre V8, and is driven through the rare and highly sought-after six-speed manual transmission. The odometer shows just 14,506 miles from new, which is fully warranted. 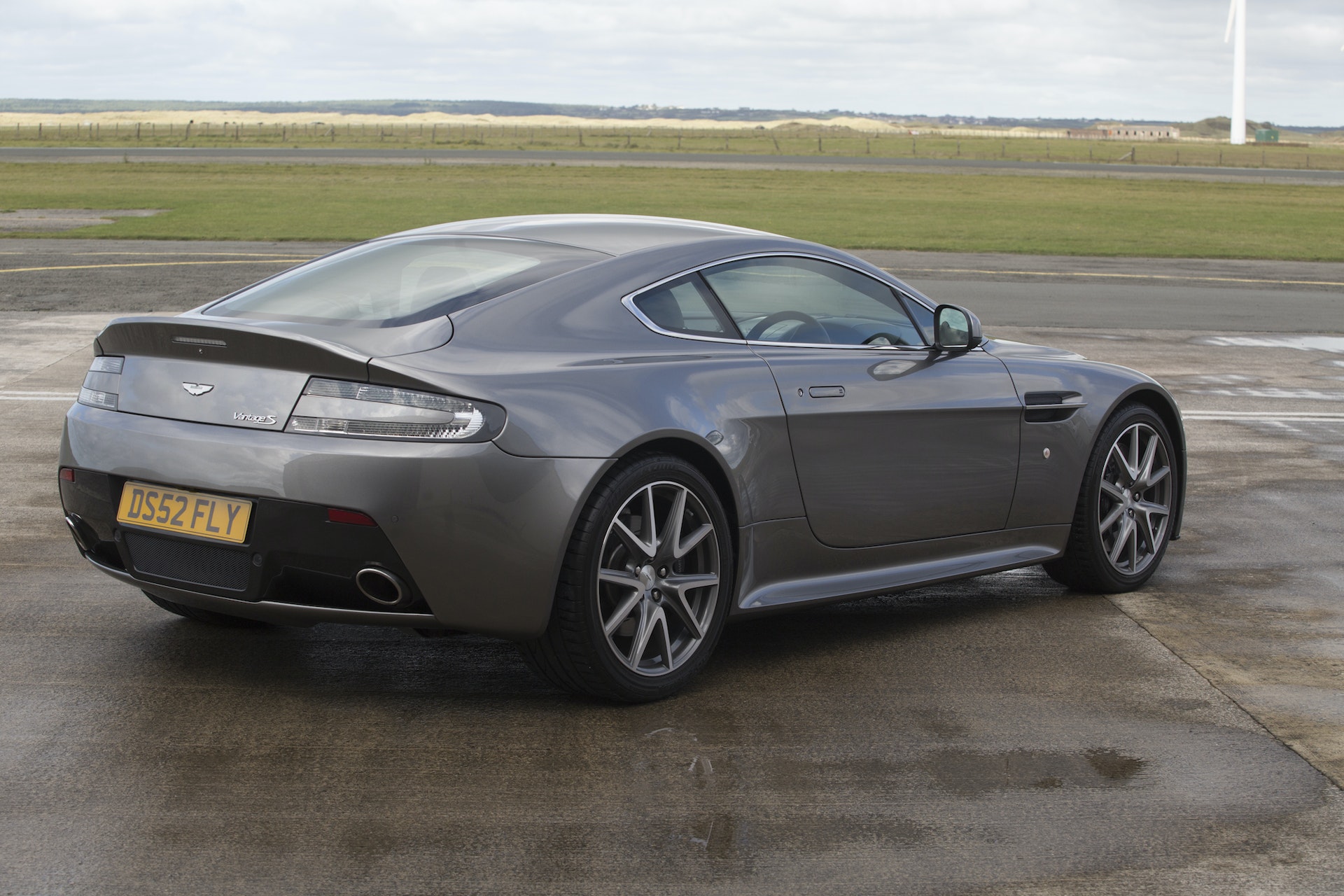 Launched in 2011, the Vantage S model was designed to offer a level of performance between that of the standard V8 and the flagship V12 Vantage. Upgrades to the suspension, braking and aerodynamics were complemented by a revised version of the 4.7-litre engine, which meant it produced 430bhp and 490Nm of torque, raising the top speed to 189mph. 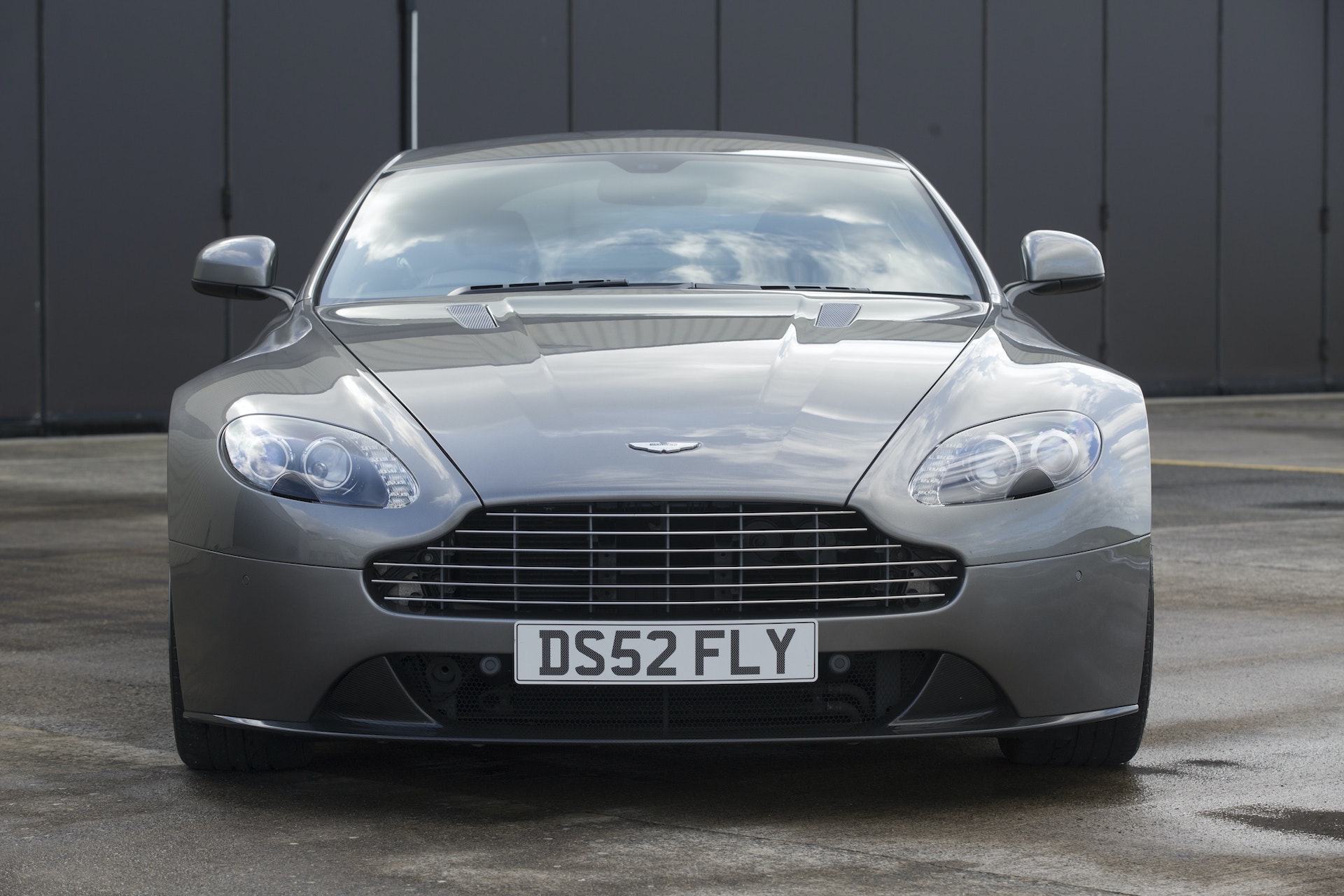 This car was delivered on 31 May 2013 and was supplied new via main dealer Murray Motor Company in Edinburgh. It has just one previous owner on the logbook, and has been in the care of the vendor for the last two years, who has enjoyed around 5,000 miles behind the wheel. 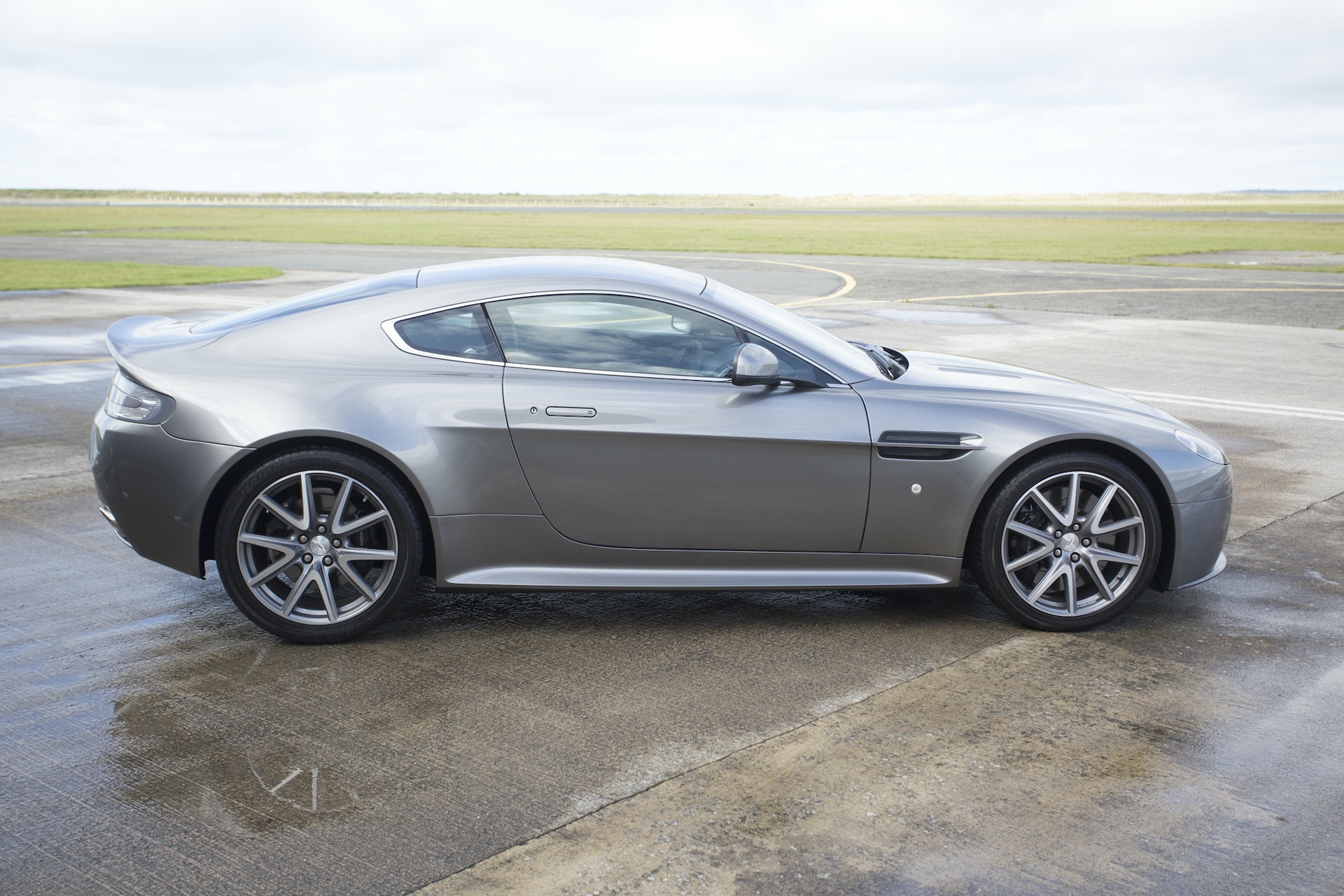 As you would hope for from a car of this age and mileage, the bodywork and paint are in excellent condition. While there are some very small stone chips from use on the road, the body panels have never been damaged and the paint finish is smooth and even all around the car. 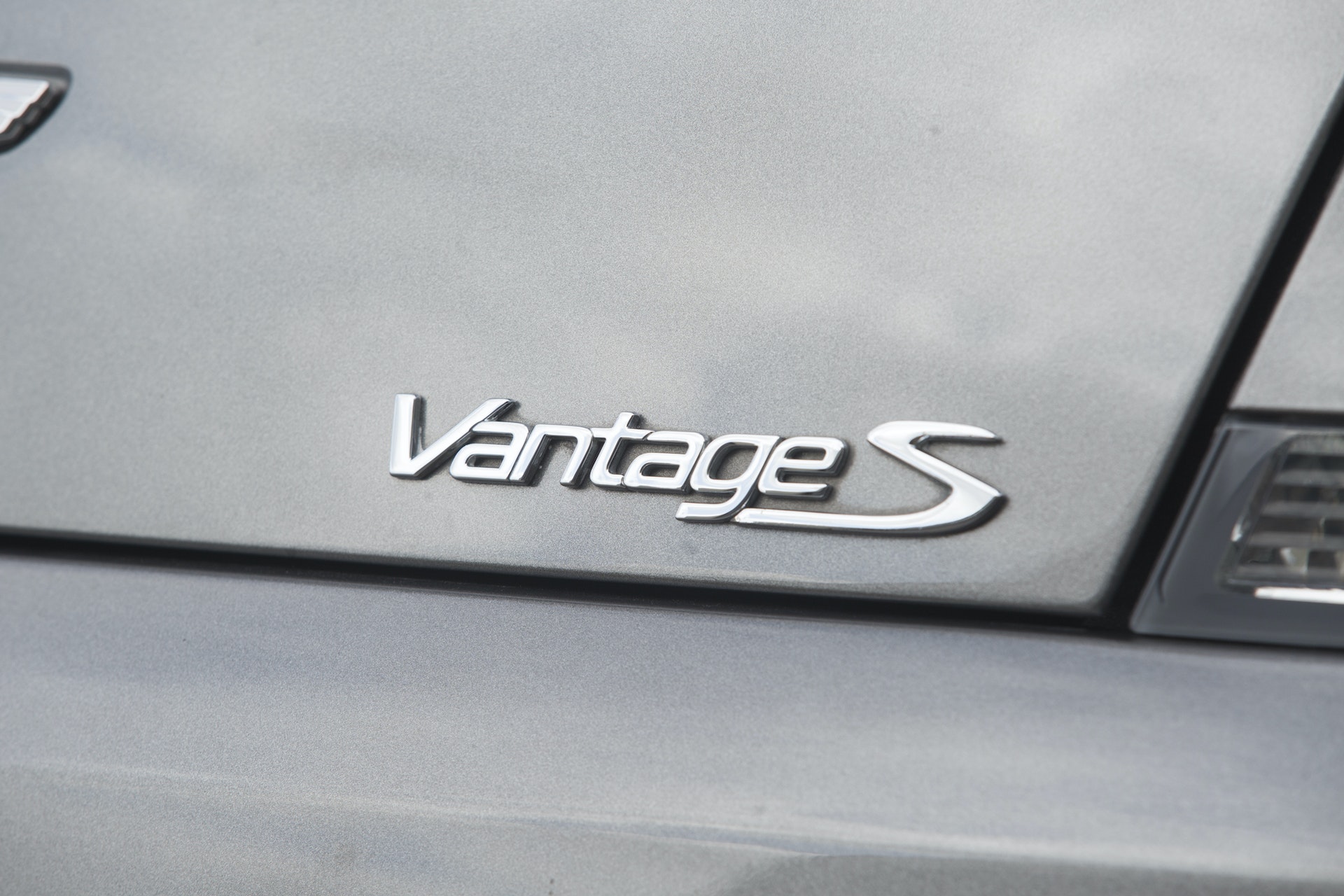 Being a Vantage S model, the exterior is enhanced by aerodynamic features of the V12 Vantage, including a lower front bumper with the full-width front splitter, as well as the wider sills. At the rear, there is a carbon-fibre diffuser, and the boot lid has a more pronounced integrated ‘duck tail’ spoiler. The 19-inch V-spoke alloy wheels are also unique to the model. 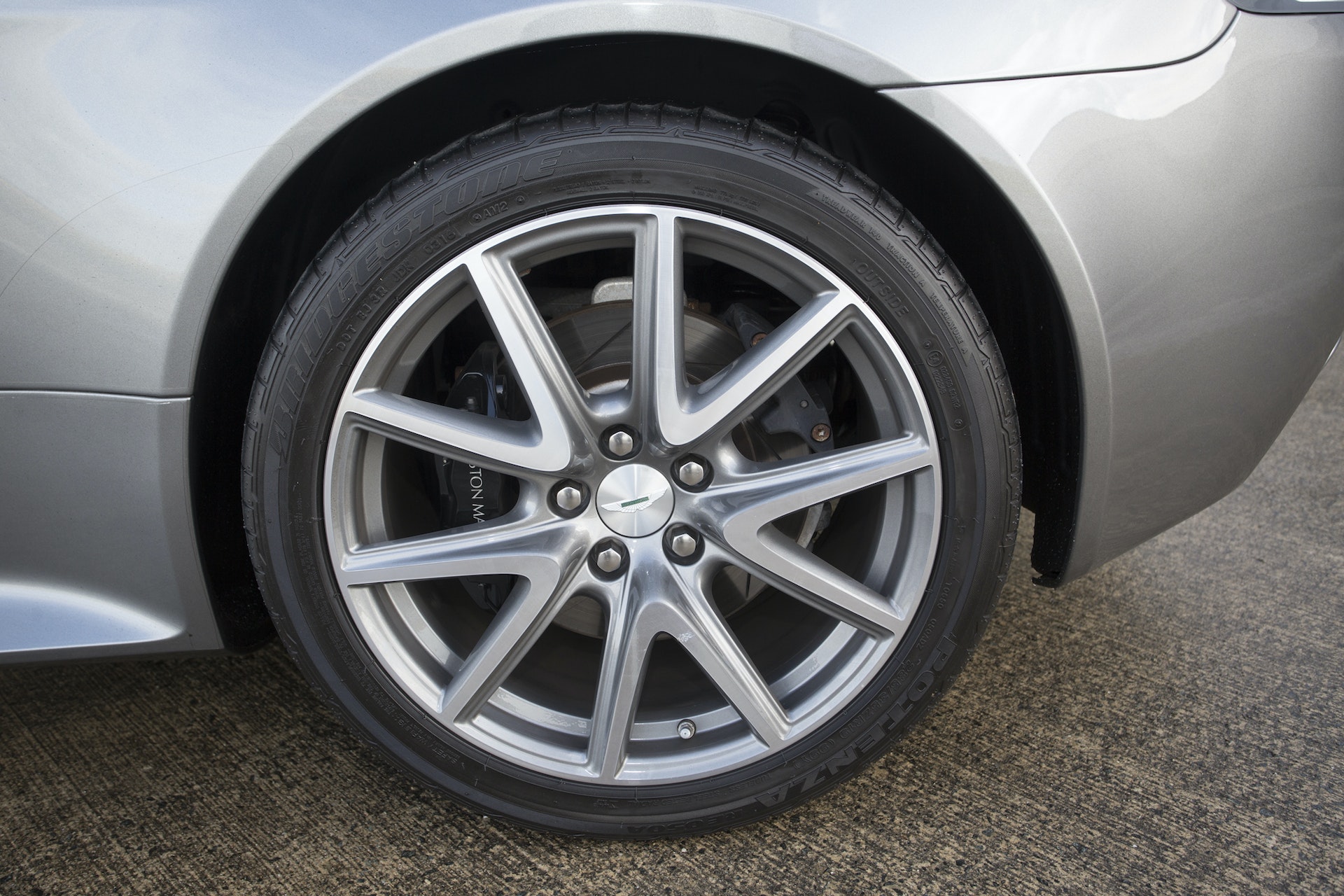 The sumptuous interior is in outstanding condition, featuring the triple-track stitching throughout the leather upholstery, centre console, door cards and seat panels. Its trim fascias are finished in high-gloss Piano Black. There is little wear to speak of given the low mileage, and all of the switchgear and electrics work as they should. 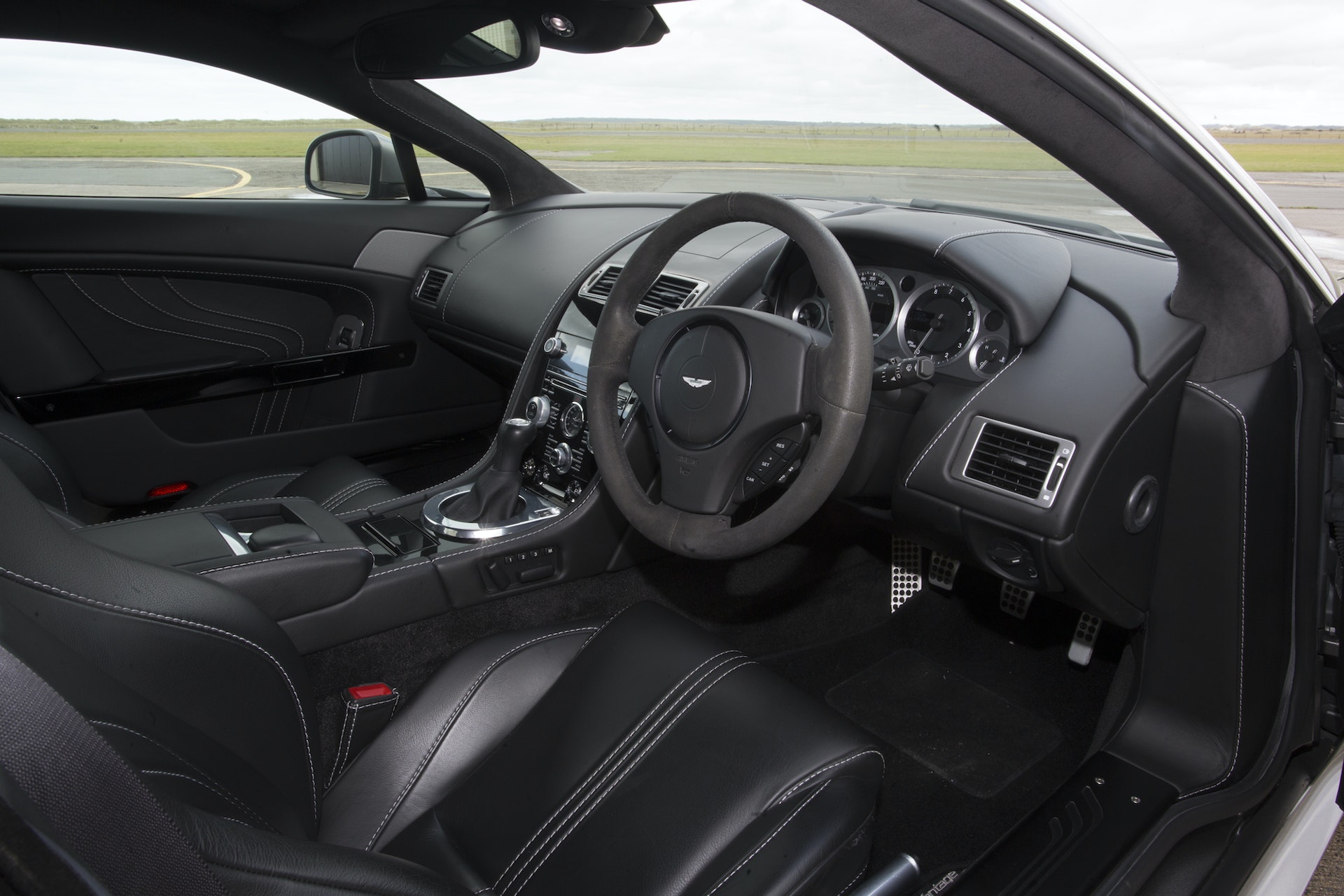 Under the bonnet, the black painted intake manifold denotes the ‘S’ specification engine. Its mechanical upgrades over the standard Vantage also included a quicker steering rack, along with new springs and Bilstein dampers. At the front, there are larger two-piece brake discs and six-pot Brembo calipers. Its exhaust system is another carryover part from the V12 Vantage, with a switchable valve opening that activates when in ‘Sport’ mode. 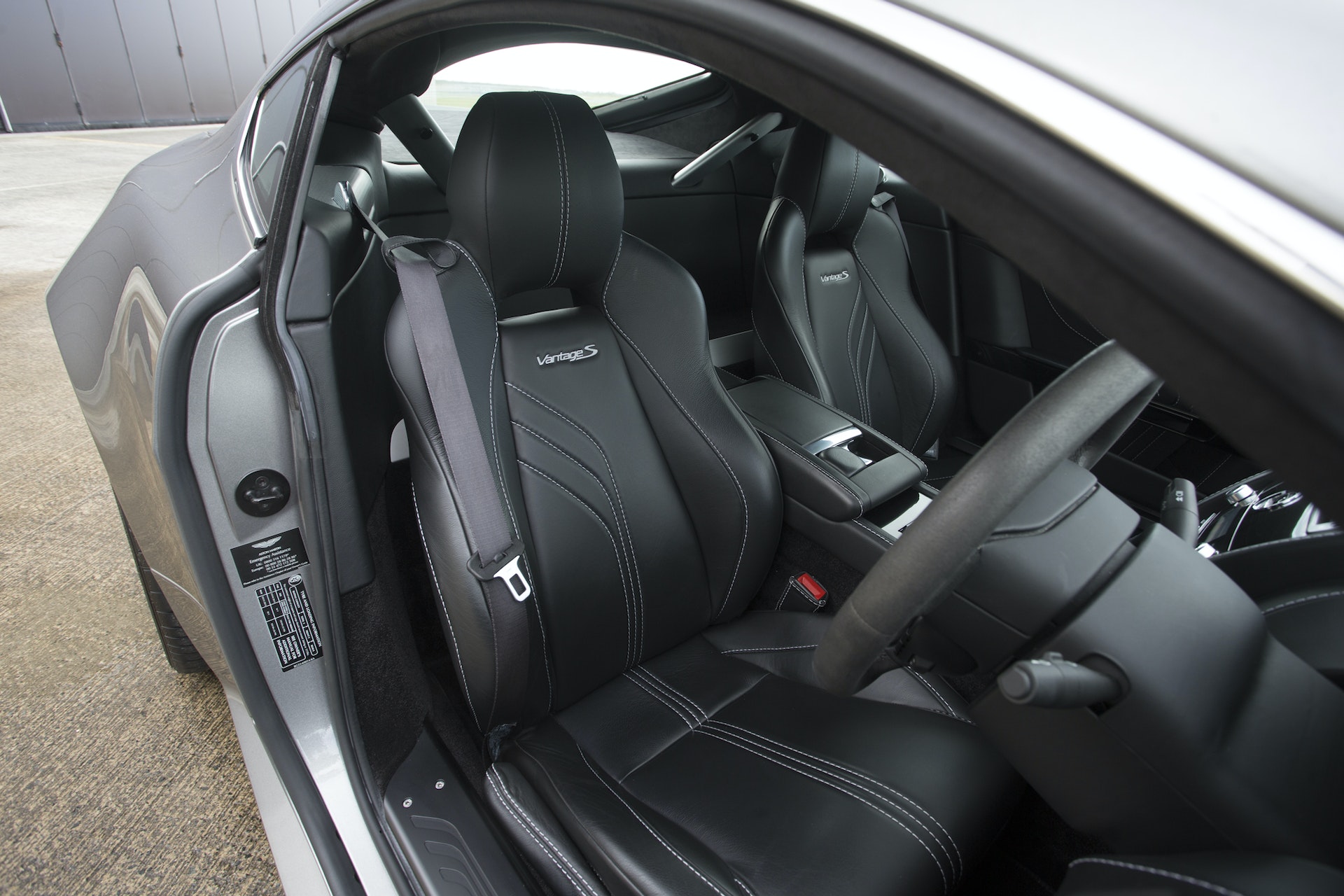 Its last scheduled maintenance was on 31 January 2019 at Aston Martin Wilmslow at 13,998 miles, which comprised a full service and inspection. The previous service was at the same main dealer in November 2017. 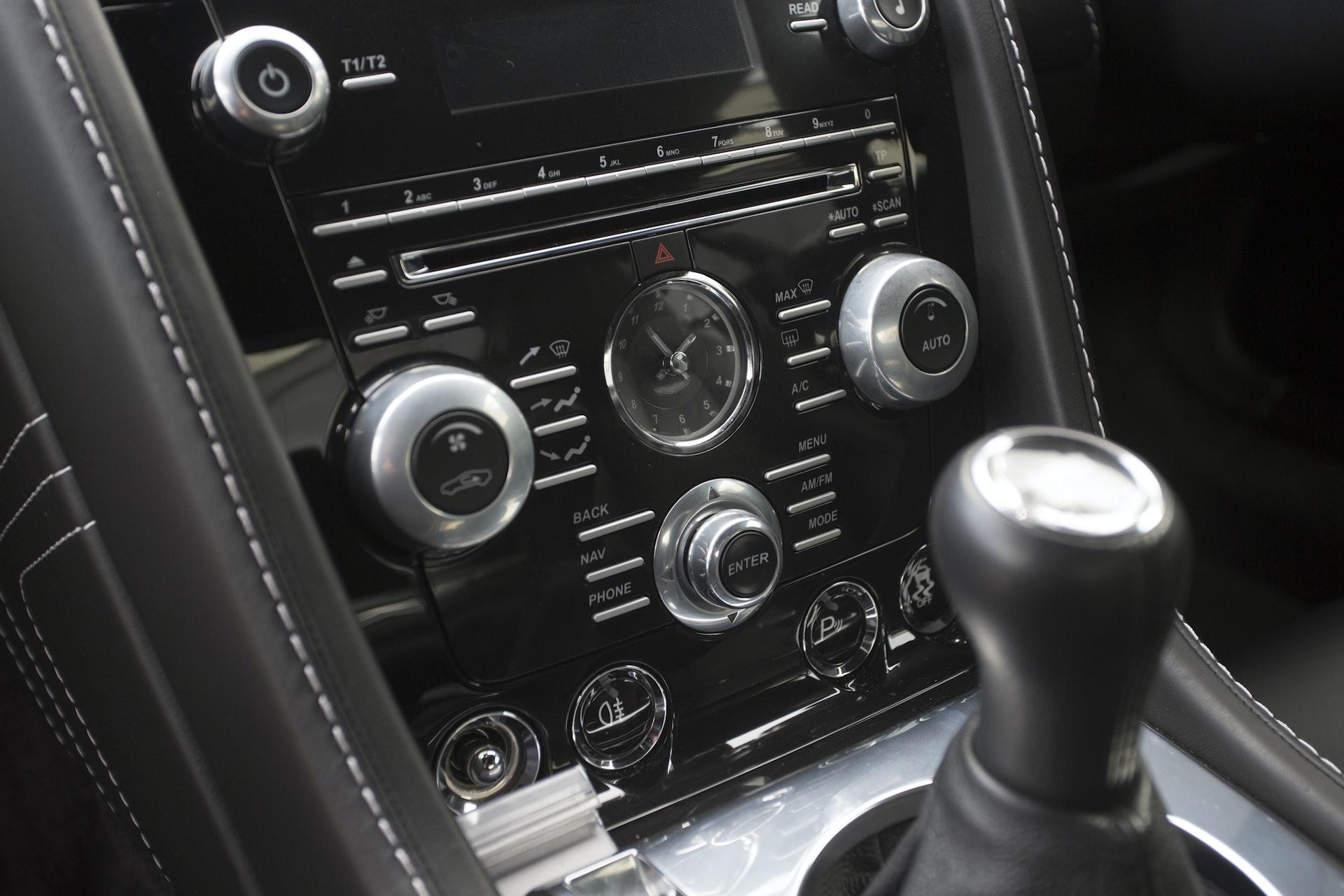 The most recent MOT test was on 5 June 2019 at 14,473 miles, which resulted in a clean pass with no advisories. All of the tyres are in excellent condition with plenty of tread remaining. 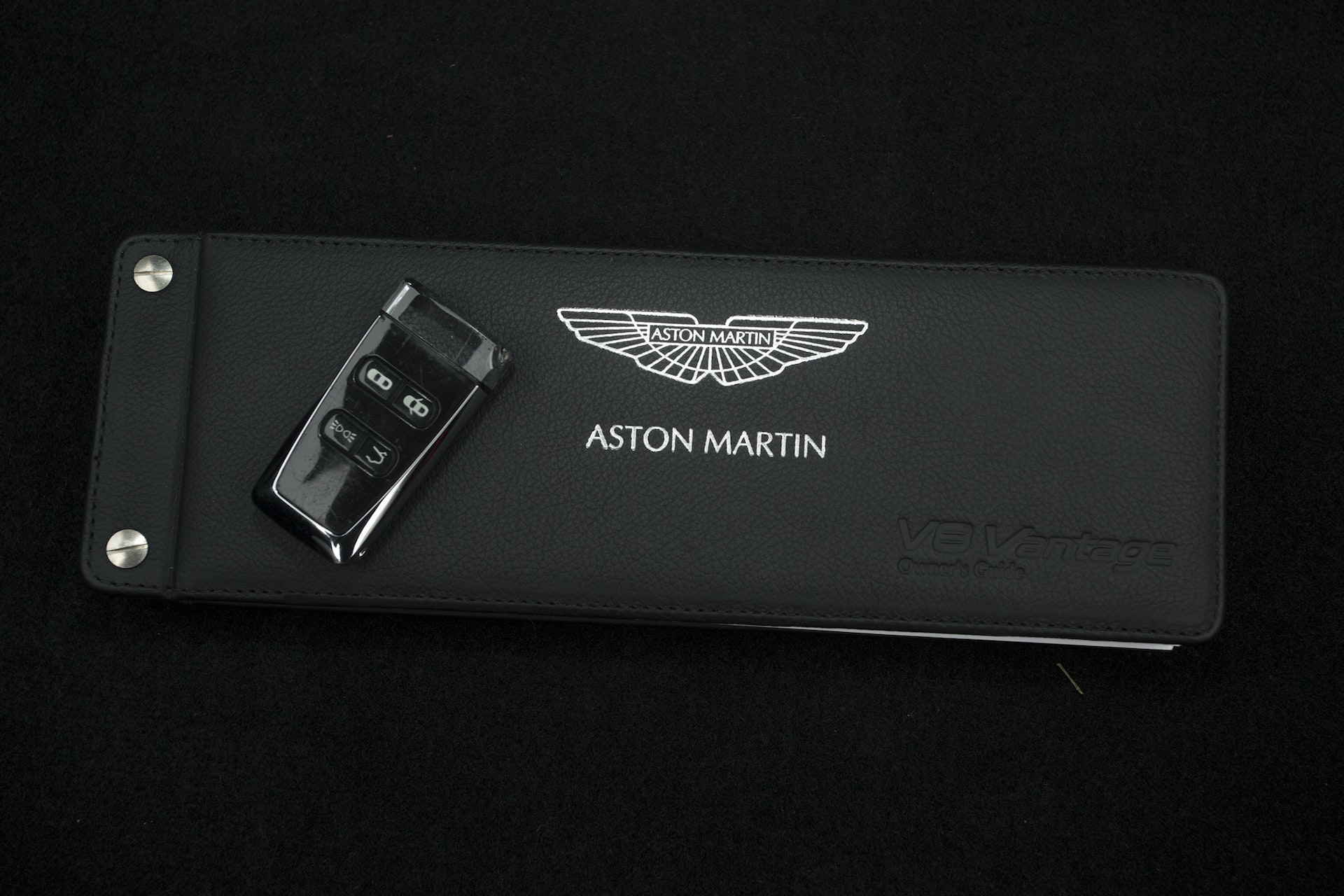 Accompanying the car is the original book pouch, including owner’s manual and stamped service record, as well as two sets of keys. 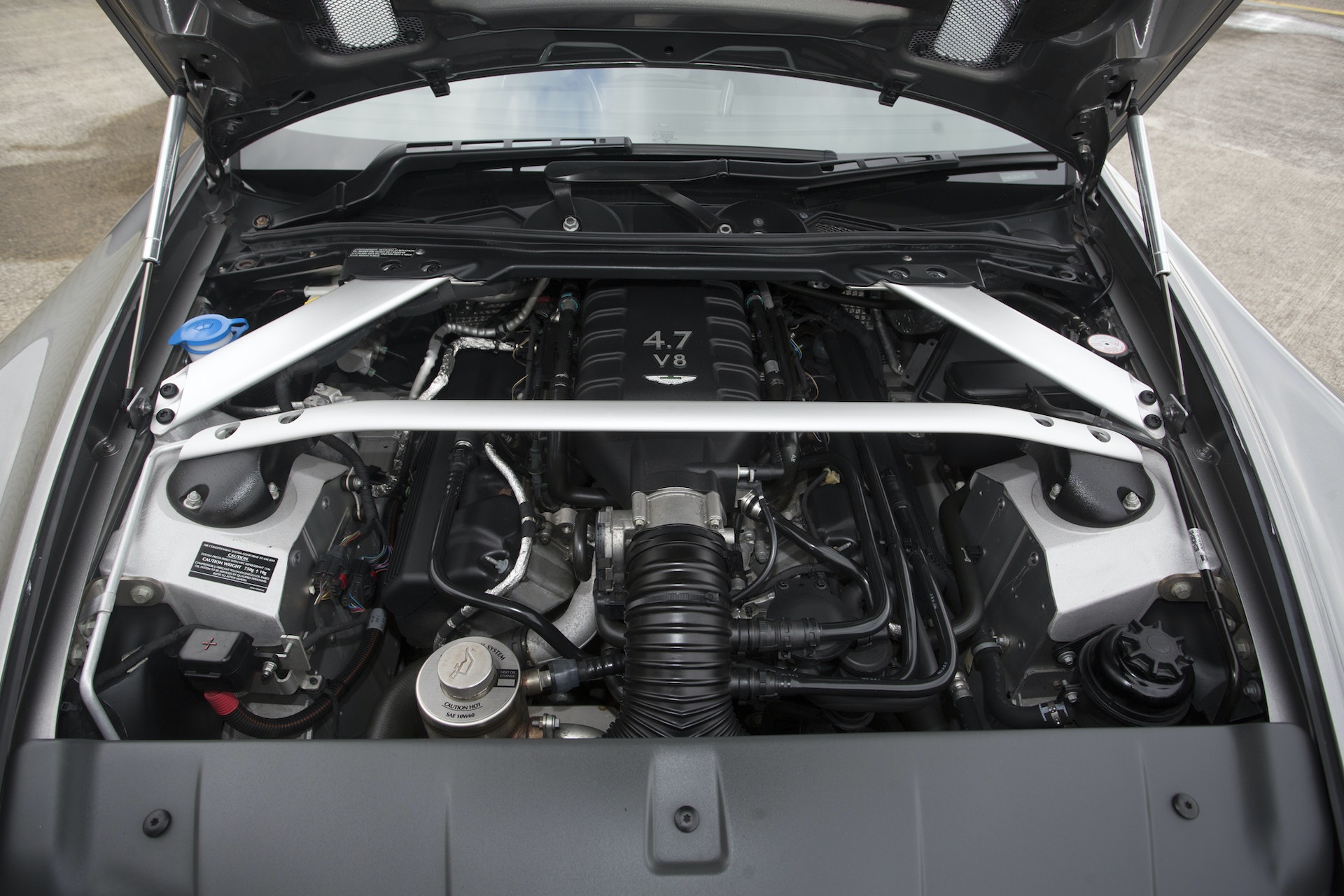 At launch, Autocar magazine’s Steve Sutcliffe concluded: “This is one of the most charming sports cars you will ever drive and one of the best looking in the eyes of this writer, too. In light of which it’s worth every penny, and then some”. 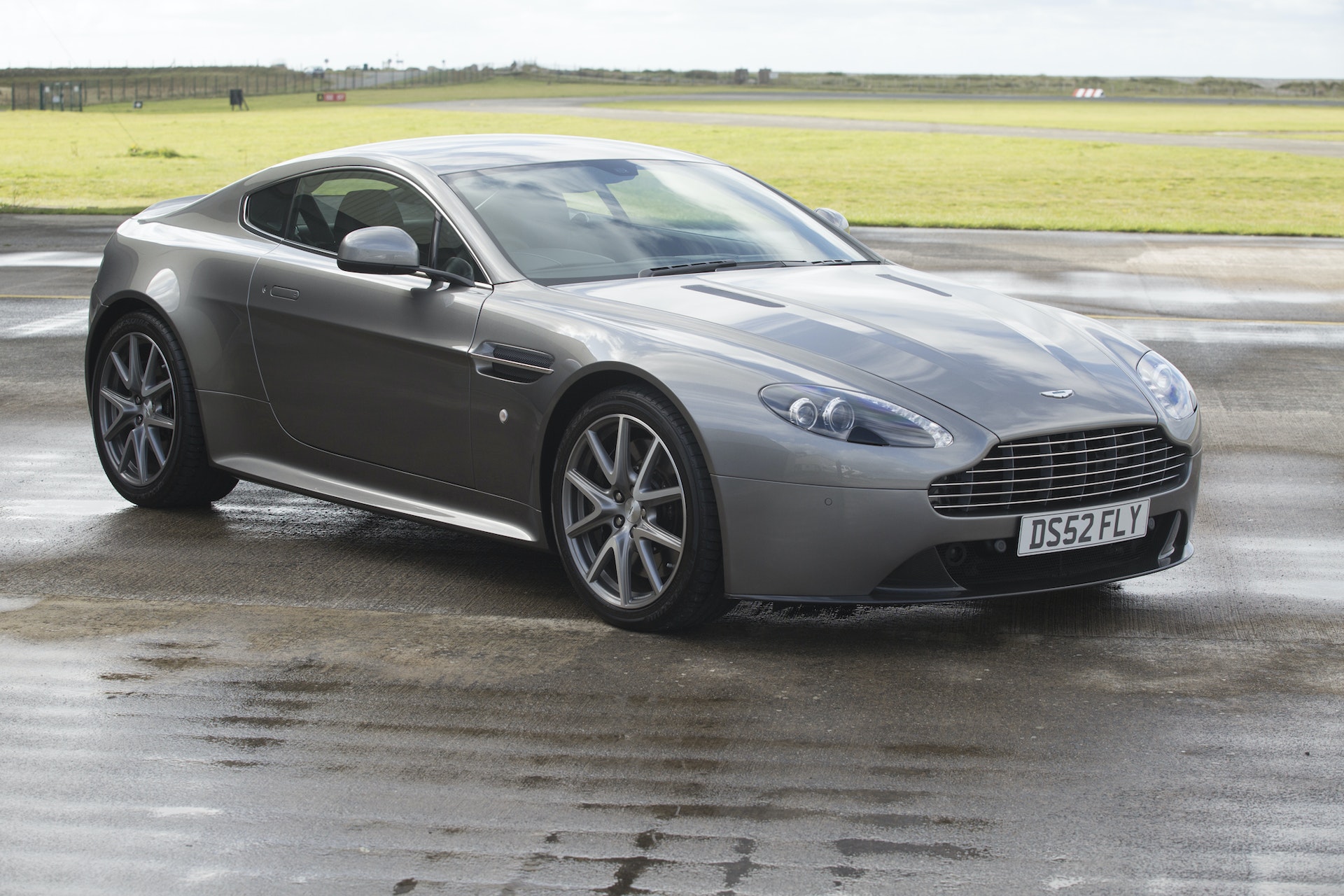 This Aston Martin V8 Vantage S is a rare example of one of the marque’s most beautiful modern cars. It is a genuine low-mileage coupe in superb condition, wants for nothing, and is ready to be driven and relished immediately.

Bidders should note that the personalised plate shown on the car is not included in the sale. It will be switched back to an age-related registration plate in the event of a successful auction.