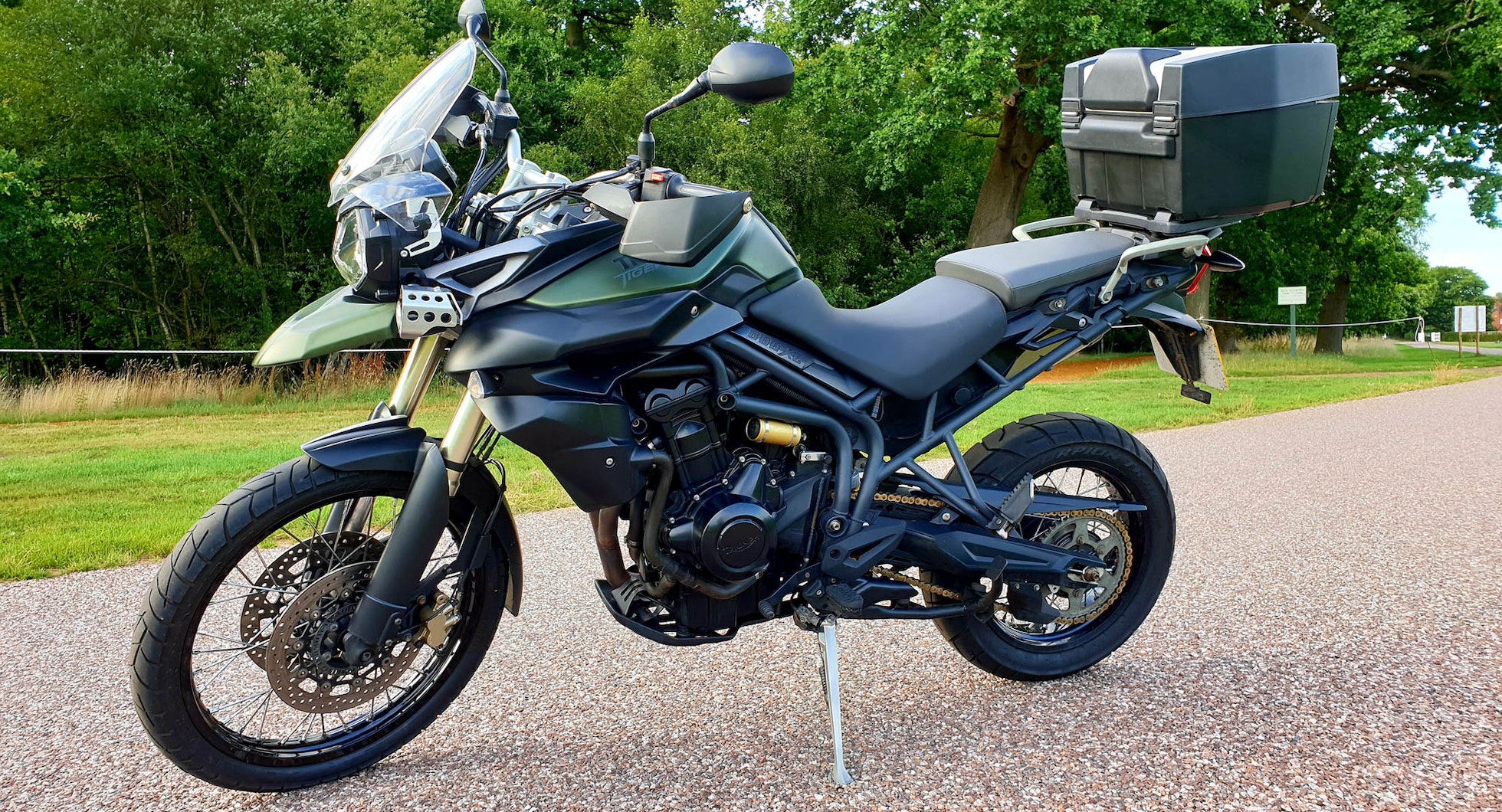 This 2012 Triumph Tiger 800 XC is a great example of the marque’s first foray into the middleweight adventure bike sector, benefiting from a recent major service. It is powered by a 799cc four-stroke, three-cylinder engine, and driven through a six-speed transmission. 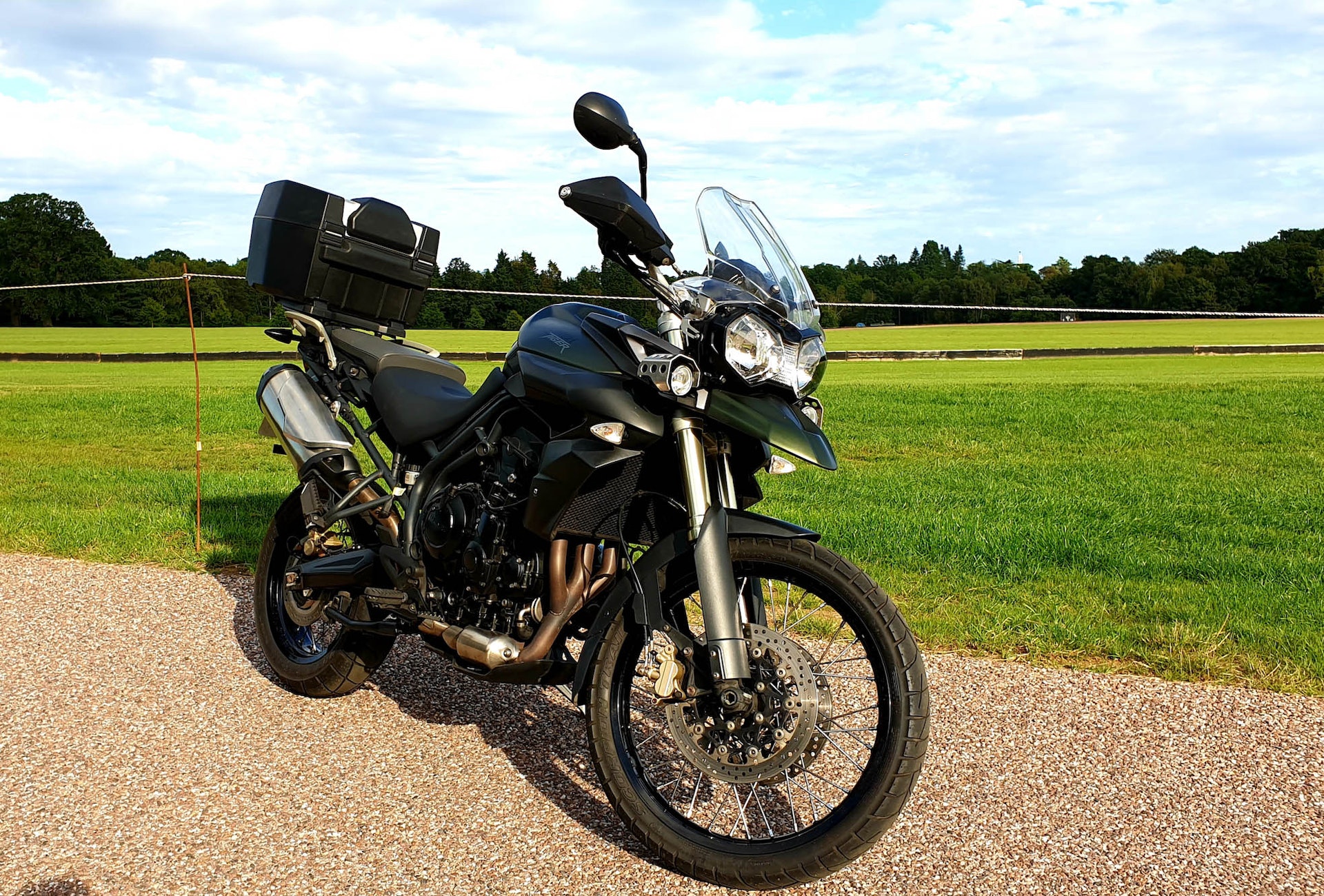 An original UK-supplied motorcycle registered in August 2012, this Tiger 800 XC has three previous owners, and has evidently been well cared-for. The present keeper has owned it for less than a year and has ridden just under 1,000 miles on the bike. He is offering it for sale now as he has not got the time to use it as much as he had hoped. 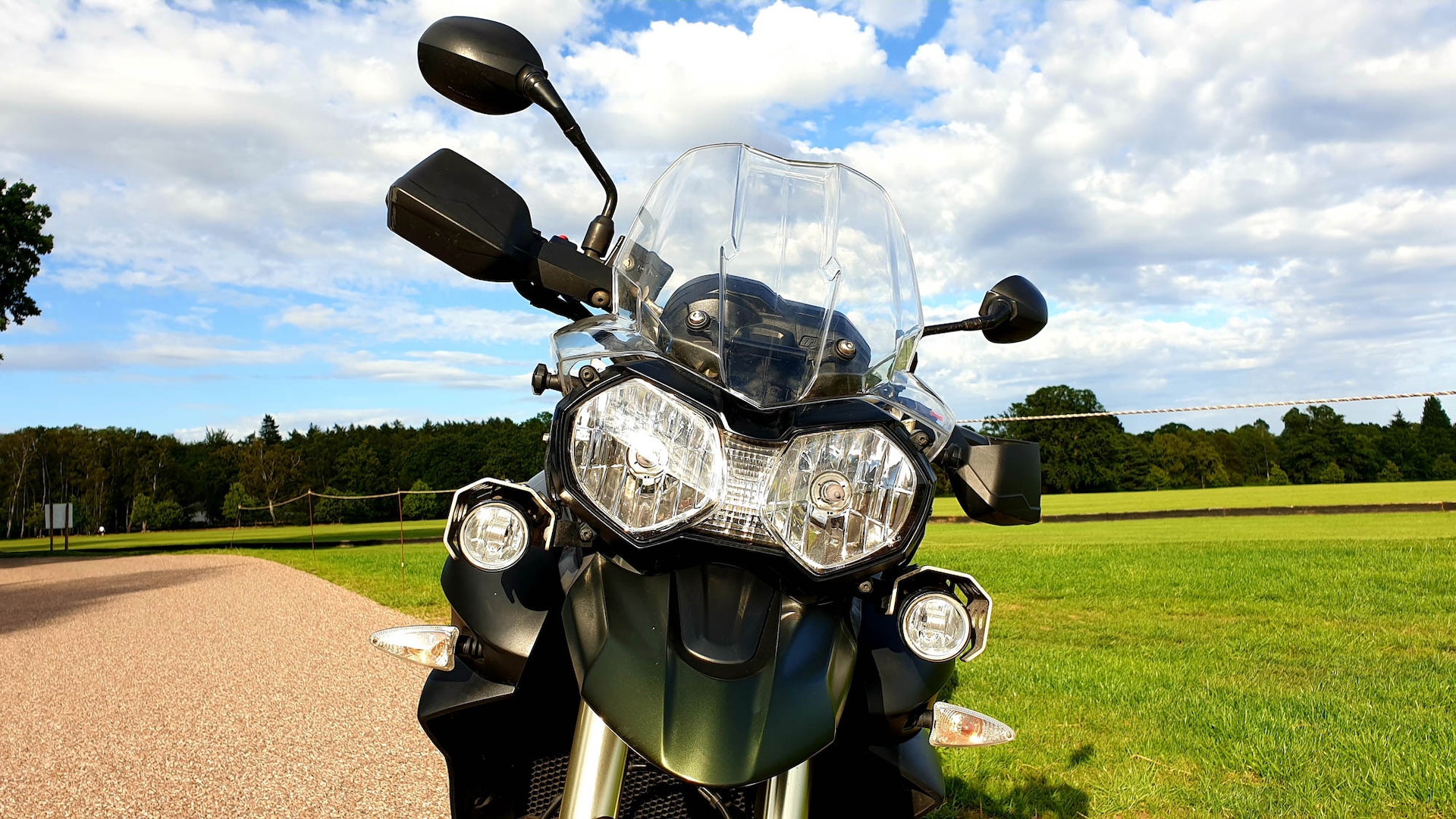 The frame and bodywork is in good order .There are some areas of paint bubbling and surface rust on the lower undercarriage, sump guard and engine casing, which is typical of road bikes of this age. The fuel tank paintwork is in excellent condition. 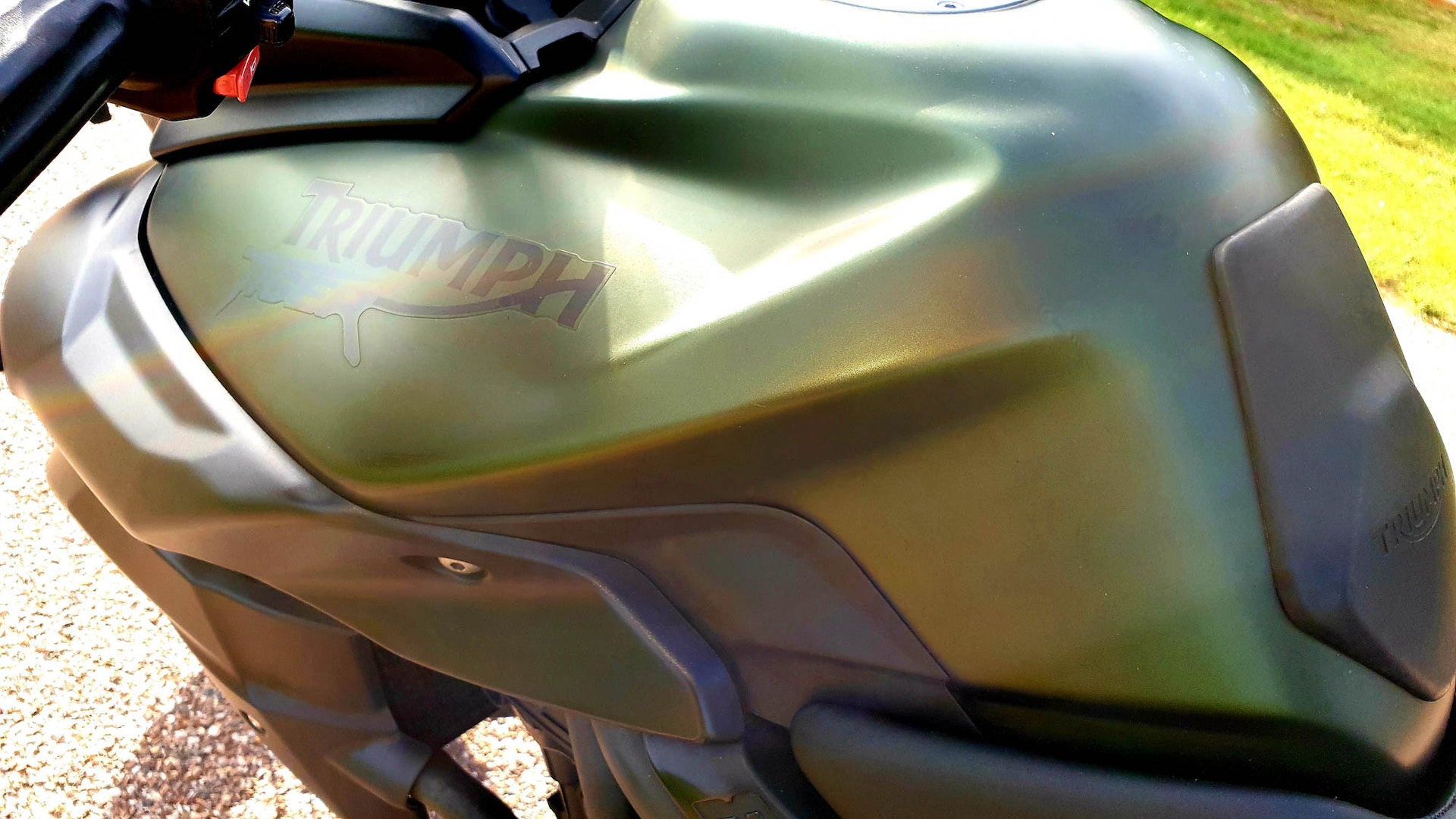 There is some corrosion present on the rear suspension fittings, but they are structurally sound. Other fastening bolts and nuts do have some surface rust, but again are in solid condition. It has a factory-fitted centre stand that makes for much easier maintenance sessions.

Some light scuffs are present on the pillion seat, and the grab bars have some marks from being rubbed by bungee cords, but the bike is generally in very good cosmetic order. The top box has some blemishes from being in regular use, but it is in sound condition. It is equipped with factory-fitted heated grips and spotlights, which function perfectly. 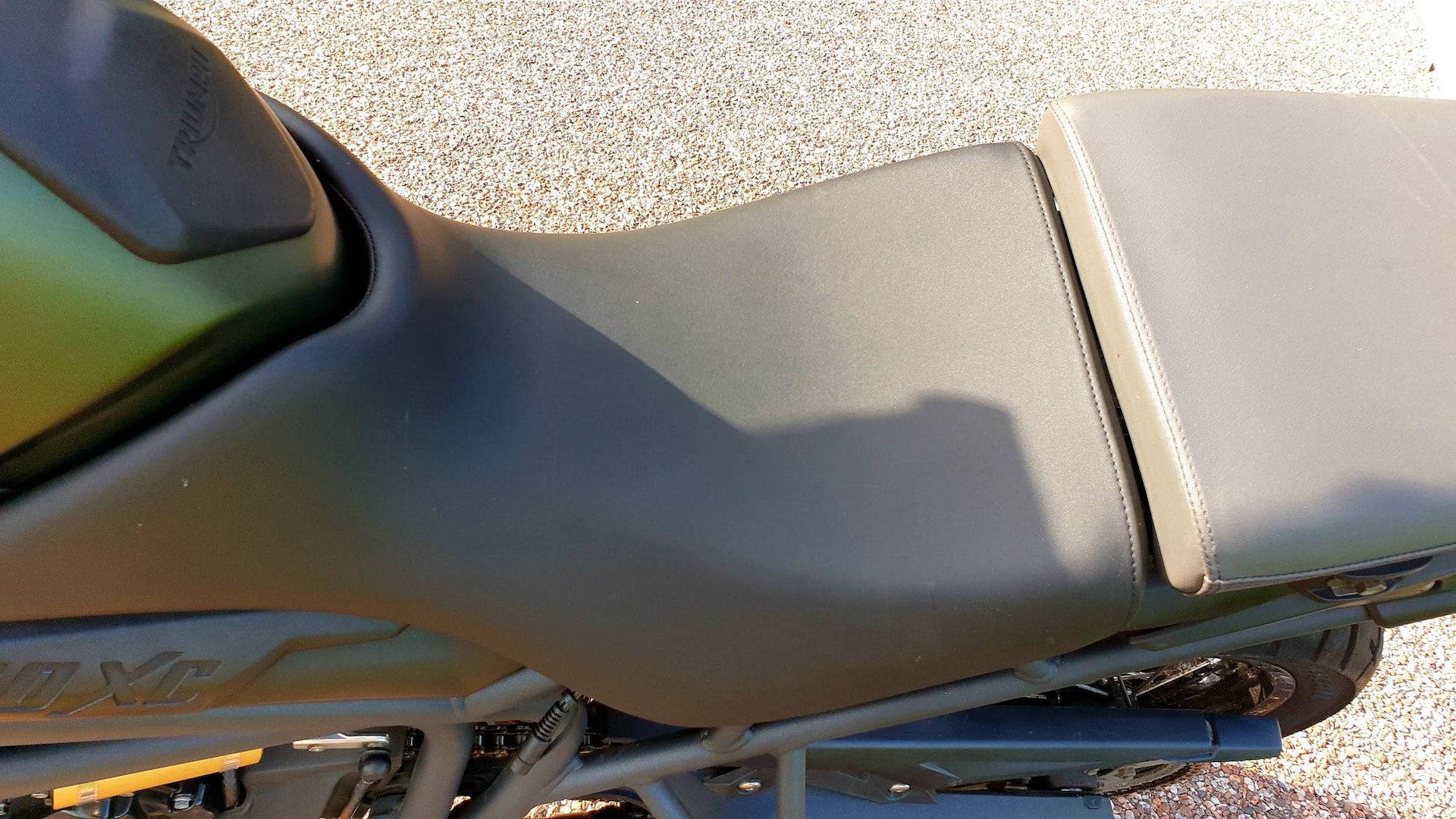 Its last scheduled maintenance was in January 2019 at D Tech Motorcycles in Oxfordshire, which we understand was a major 12,000-mile service. Before this, it was serviced at Jax Motorcycles in February 2018, and by independent specialist Muddy Sump in June 2017. During the vendor’s ownership, he has of course conducted regular chain maintenance and cleaning to keep the bike in good order. 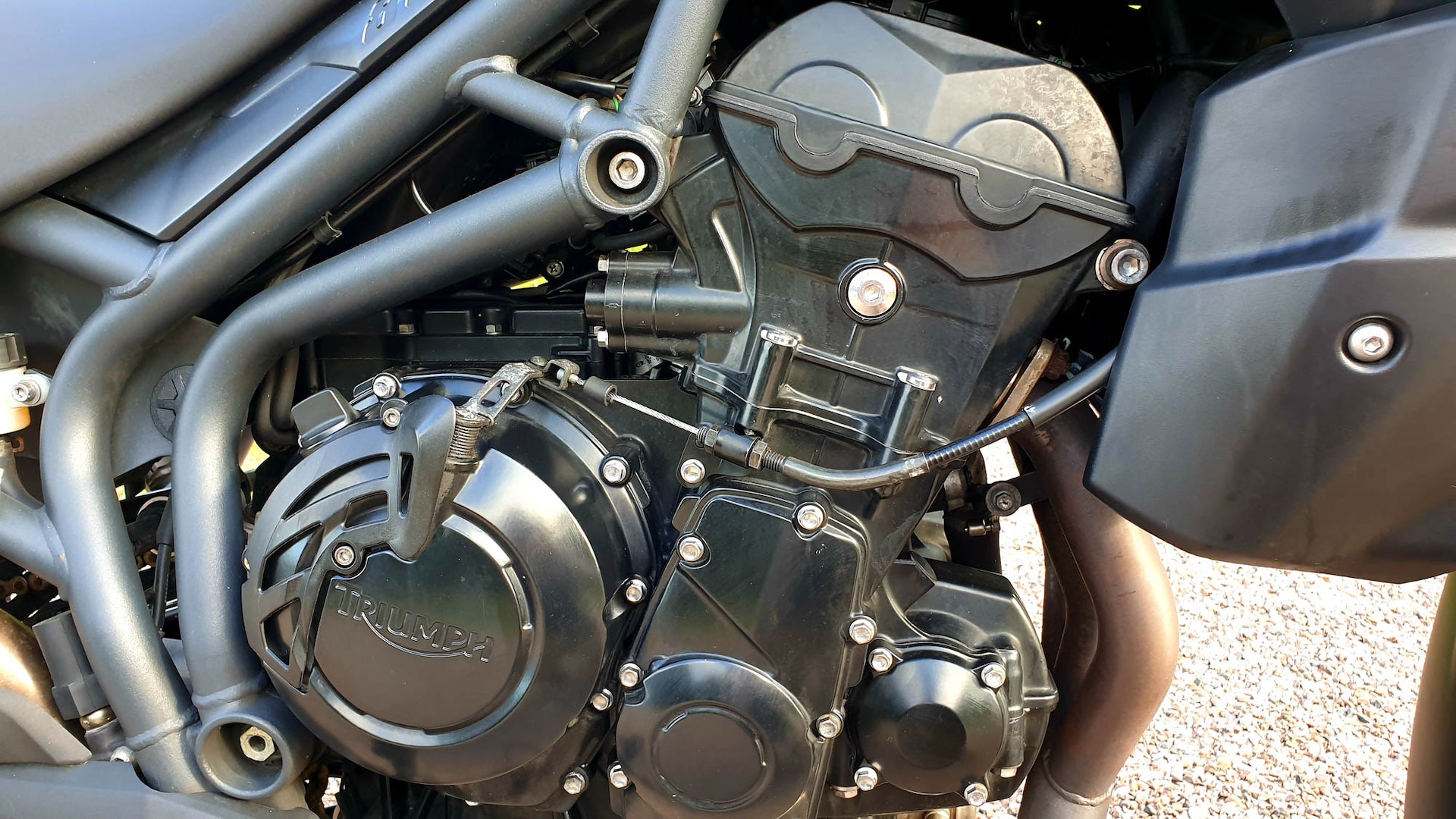 The Triumph is covered by an advisory-free MOT until January 2020. It is fitted with Pirelli Scorpion Trail tyres, which have a good tread depth, but which are starting to square off - so would benefit from replacement in the near future. The bike is accompanied by the original handbook and service booklet, as well as numerous receipts for work. 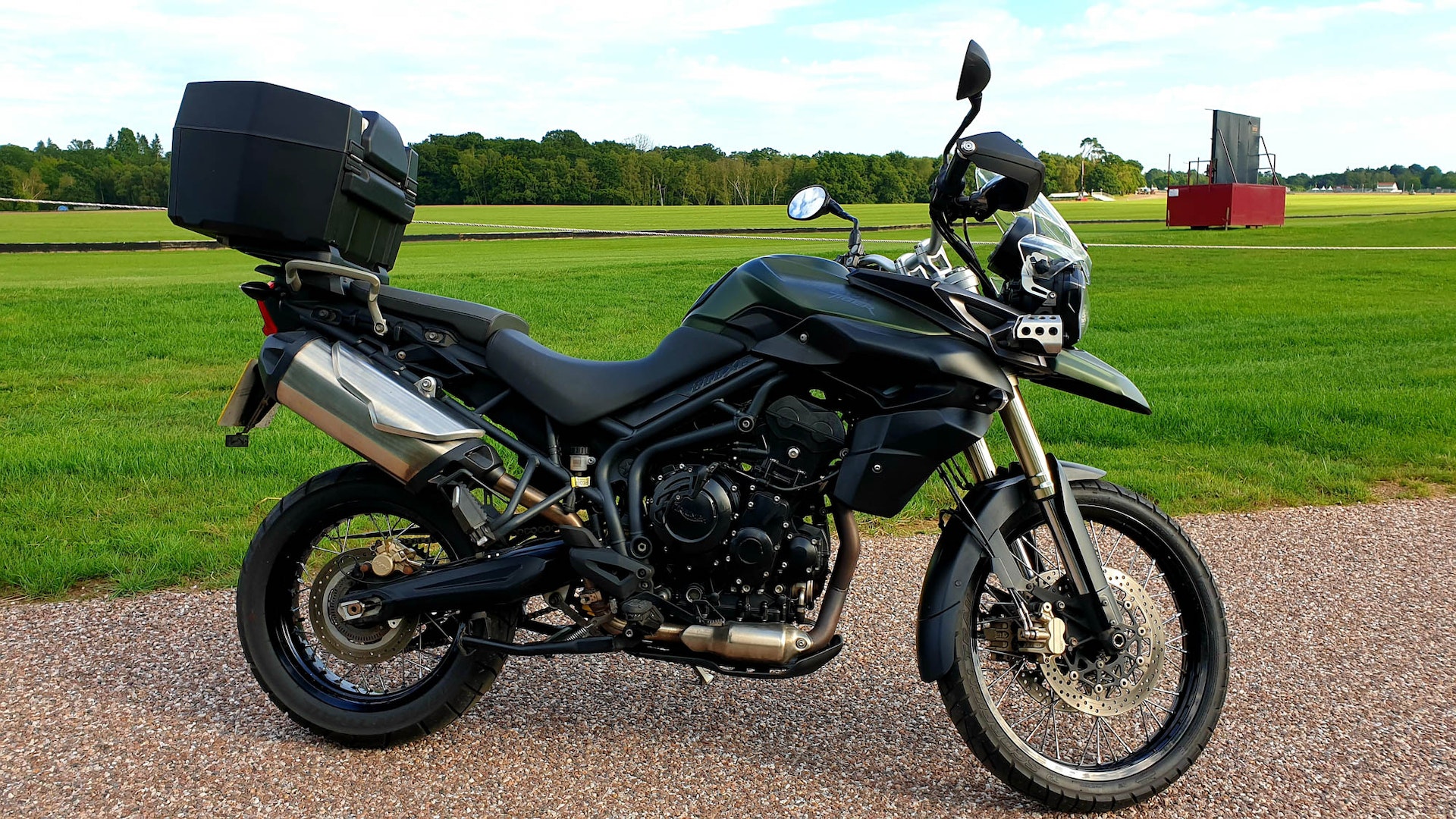 This Triumph Tiger 800 XC runs brilliantly and is able to eat up road miles in comfort while providing ample carrying capacity. It is finished in one of the rarer colour schemes, which adds to the style and presence of the machine. The bike is being offered for sale only because the vendor is using it less than anticipated, and it deserves to find a new owner who will take it on the adventures that it is evidently ready for.