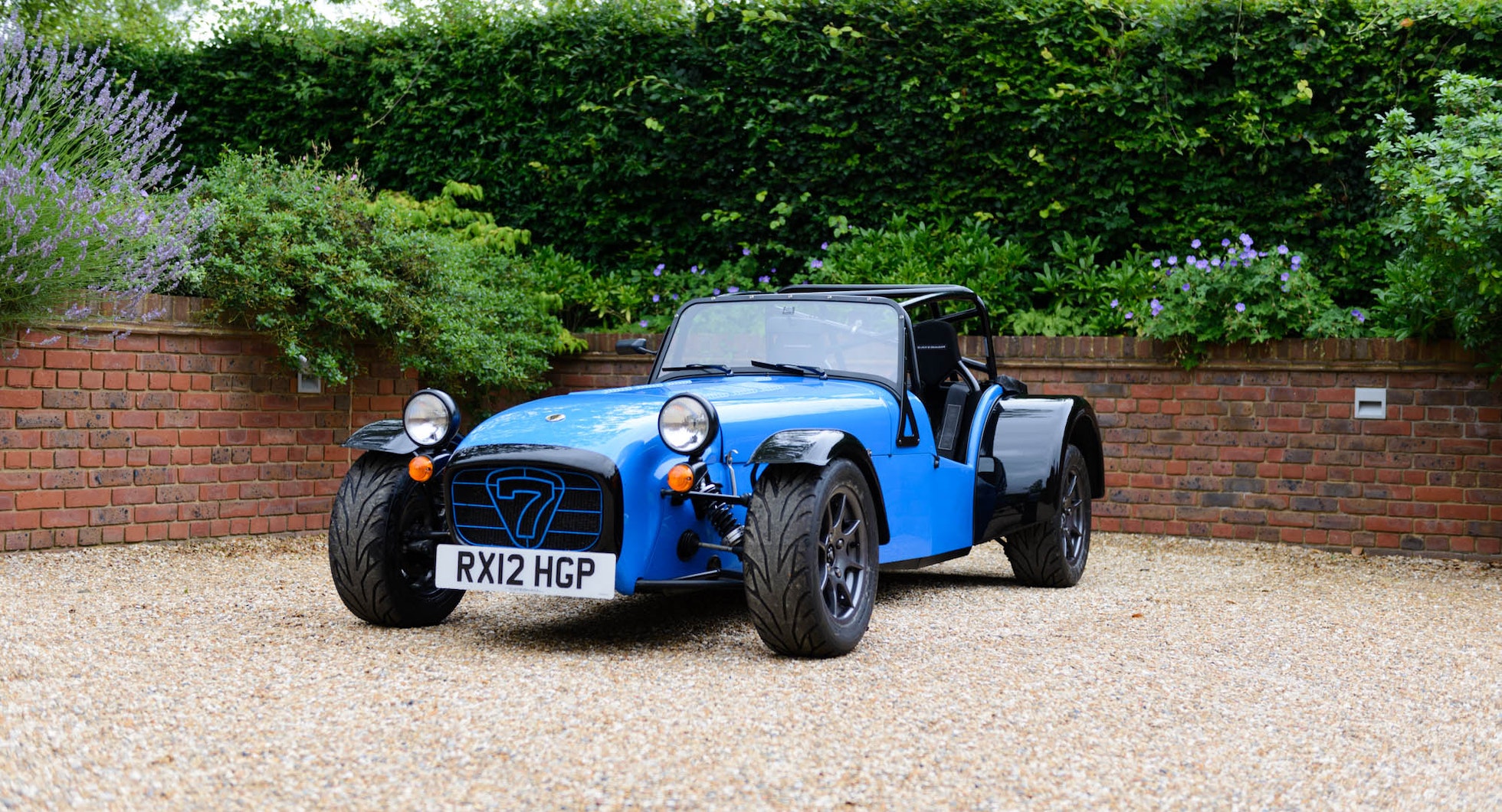 This 2012 Caterham 7 Roadsport is a super-lightweight, no-compromise sports car, which is ready to thrill on the road or the track. It is equipped with a 125bhp 1.6-litre Ford Sigma engine, paired with a five-speed manual transmission. Having started life as an Academy car, the engine was upgraded to Roadsport specification by Caterham in 2013. It has covered just 5,000 miles in the hands of one owner from new. 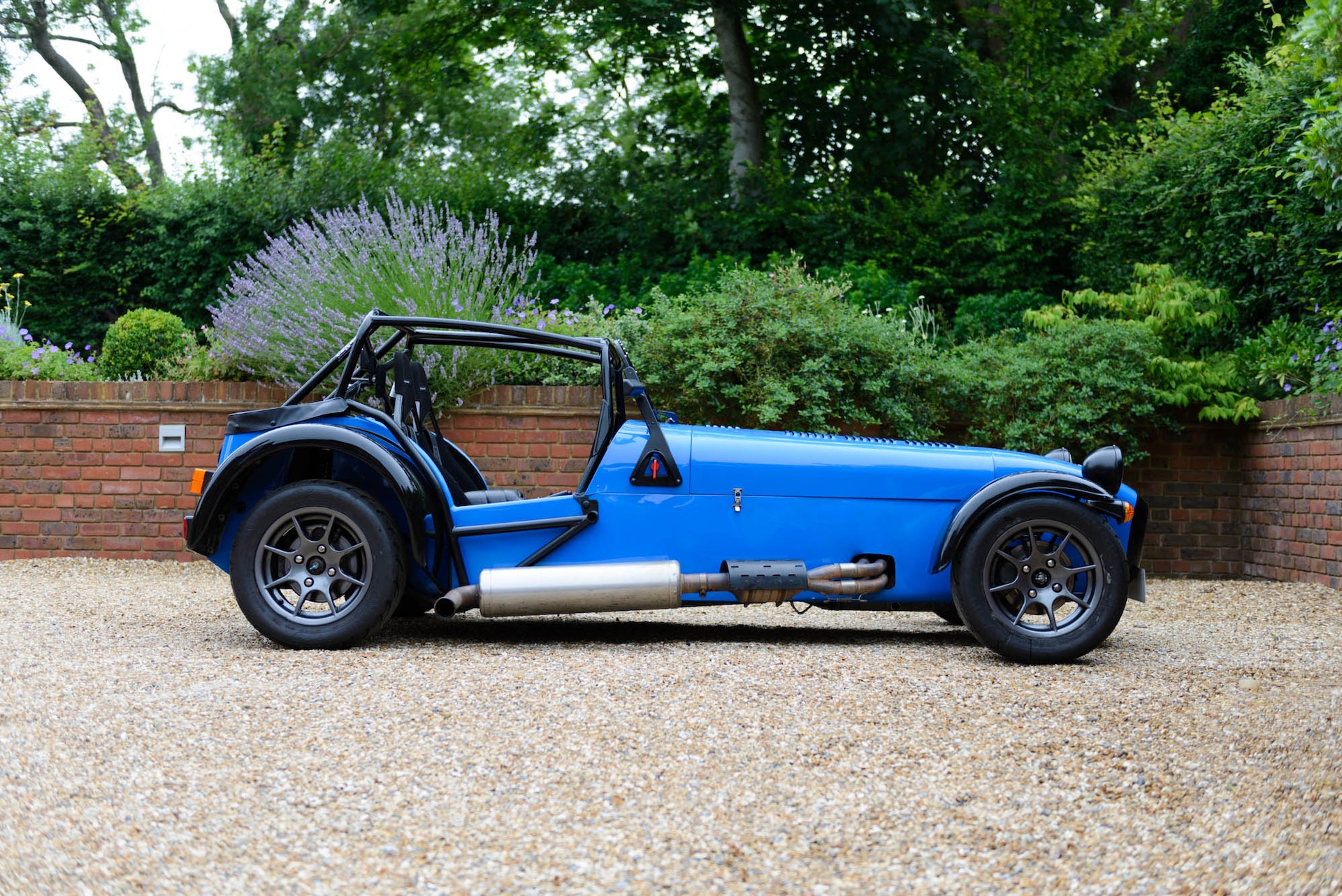 A right-hand drive example, originally built as an entrant for the 2012 Caterham Academy series, it was subsequently converted to Roadsport configuration with an uprated valve spring and retainer from the factory in 2013. The car’s paintwork is a custom colour of French Racing Blue, which was completed by Racing Green Cars in Hampshire. 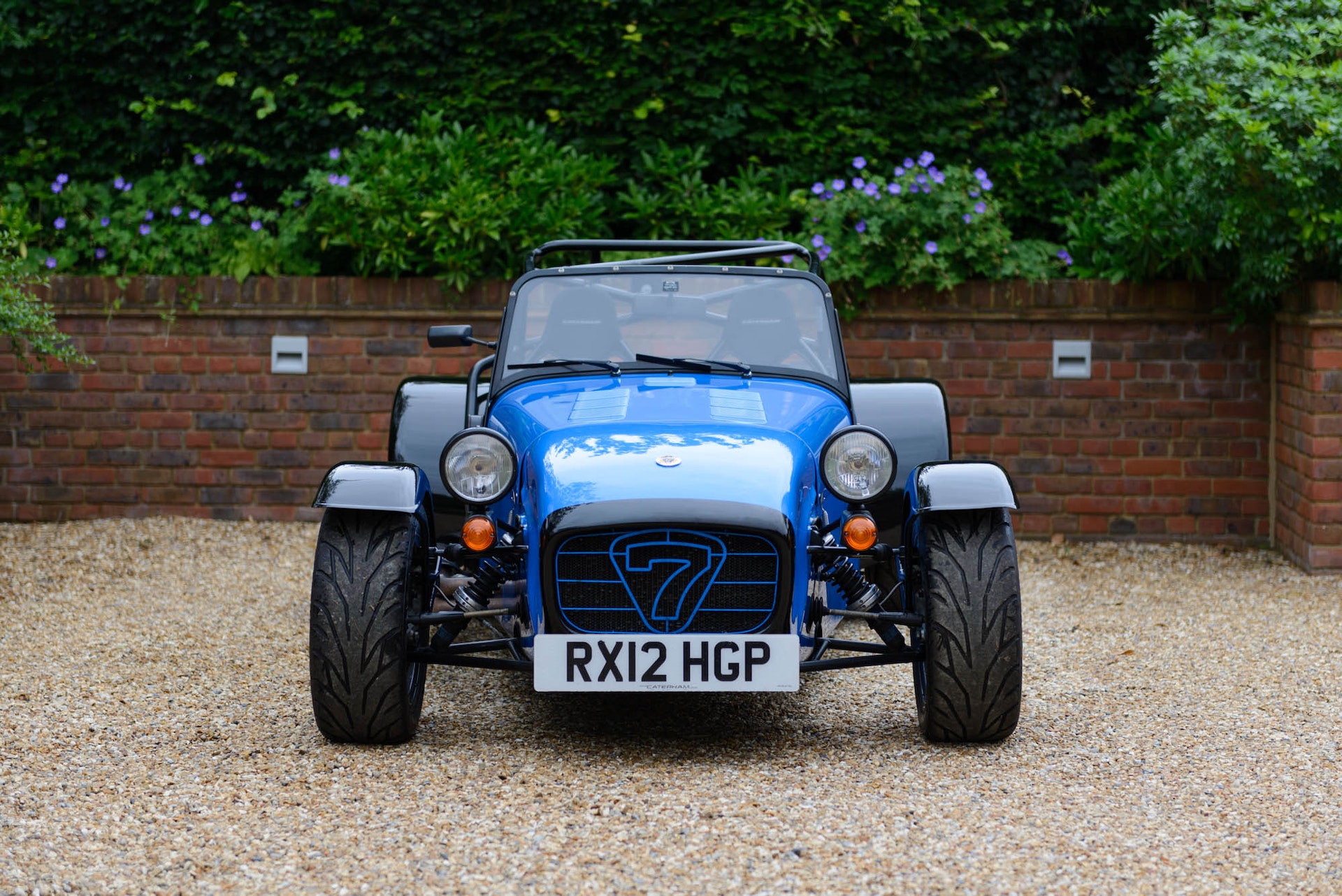 The exterior of the car is in fine condition. The bespoke paintwork is described as being of a higher quality than a conventional factory finish, and there are just a few minor stone chips and rubber scuffs on the nose as you would expect. Its wheel arches are finished in gloss black, and the car sits on a set of anthracite 13-inch Superlight wheels. 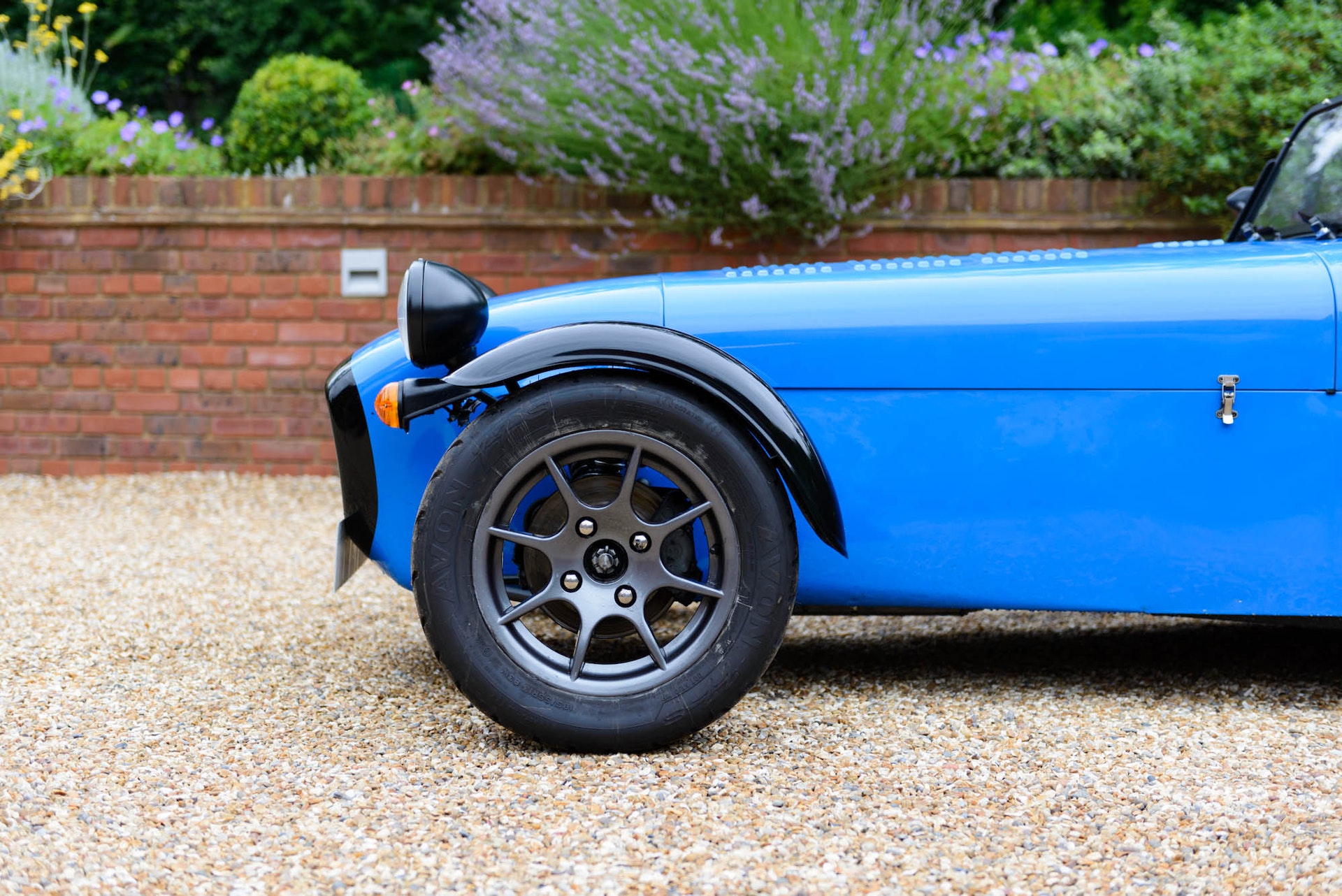 Stepping over the bodywork and into the cabin, you find an interior in very good order. The seats are Tillett composite items with Caterham harnesses, and the car retains the full roll cage from its Academy days. Ahead of the driver, the Momo quick-release steering wheel is trimmed in Alcantara, and the cabin also features a push-button starter and battery master switch. 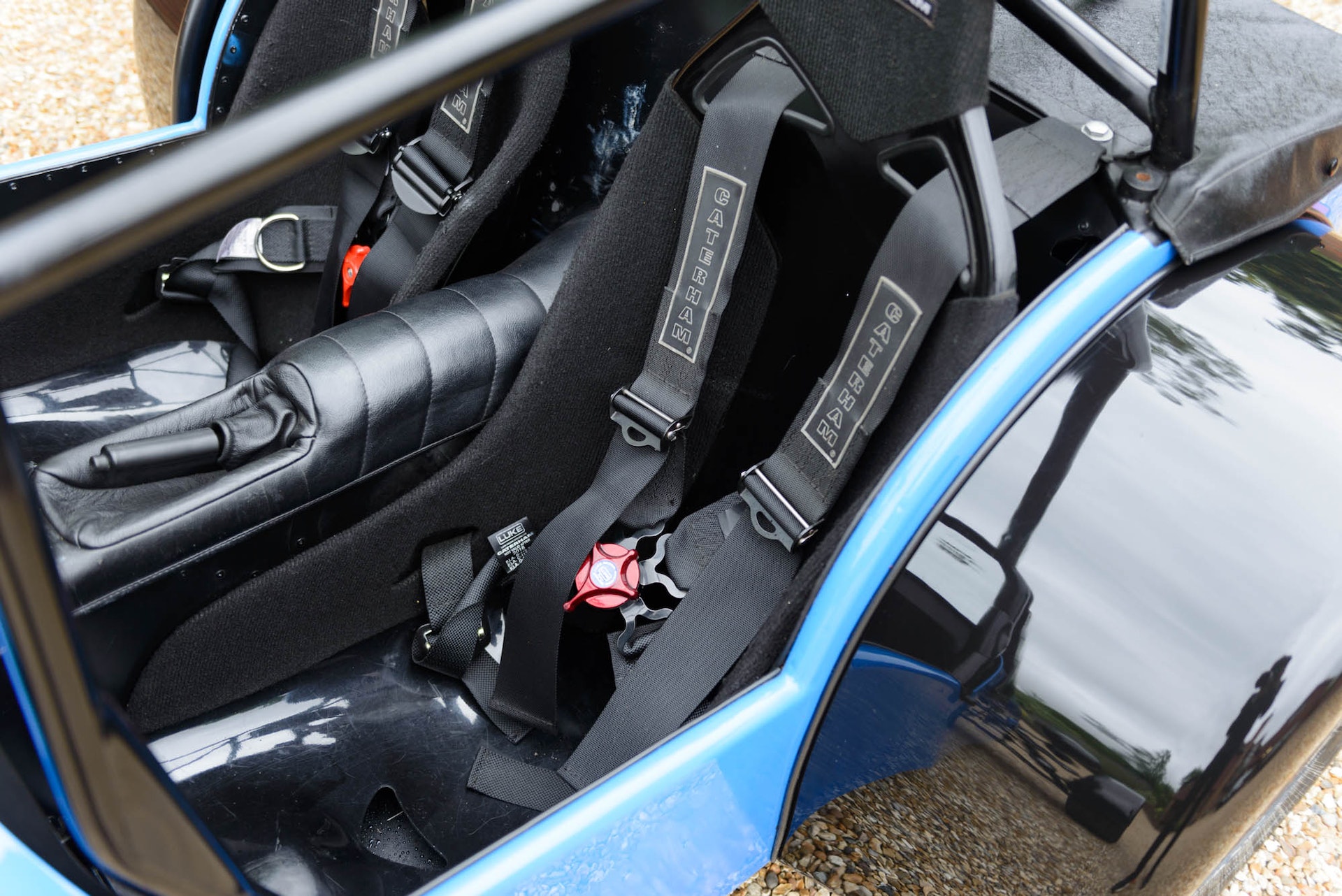 The car was only driven sparingly after its conversion to Roadsport specification, but has always been maintained correctly and checked over between outings. It has a full service history from new, with work done by Caterham, DPR Motorsport and Racing Green Cars. 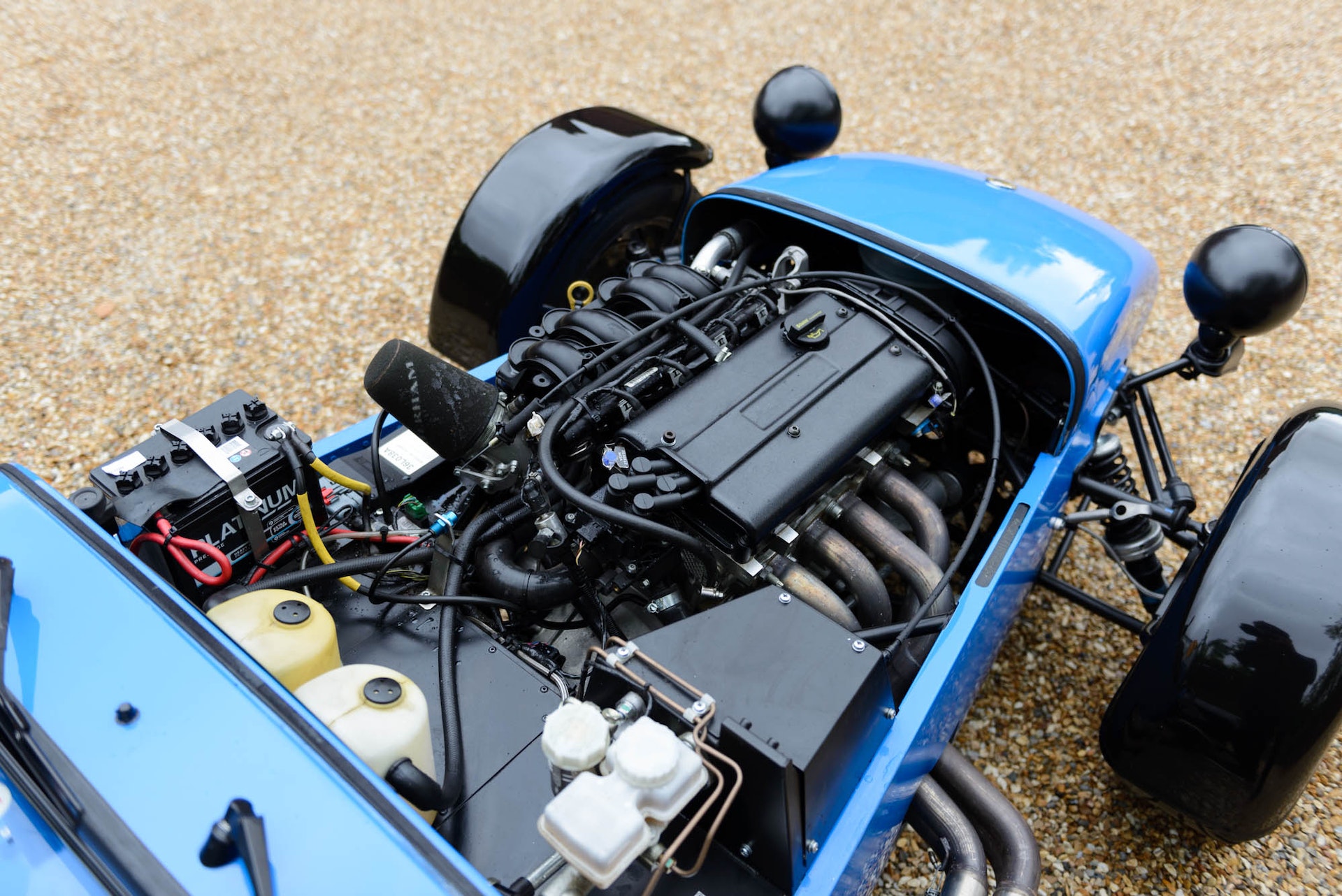 Its most recent ‘A’ service was at Caterham specialist DPR in April 2019, which included new brake pads and a fresh set of Avon ZZS tyres. An MOT was carried out at the same time at 4,951 miles, which resulted in a clean pass with no advisories. 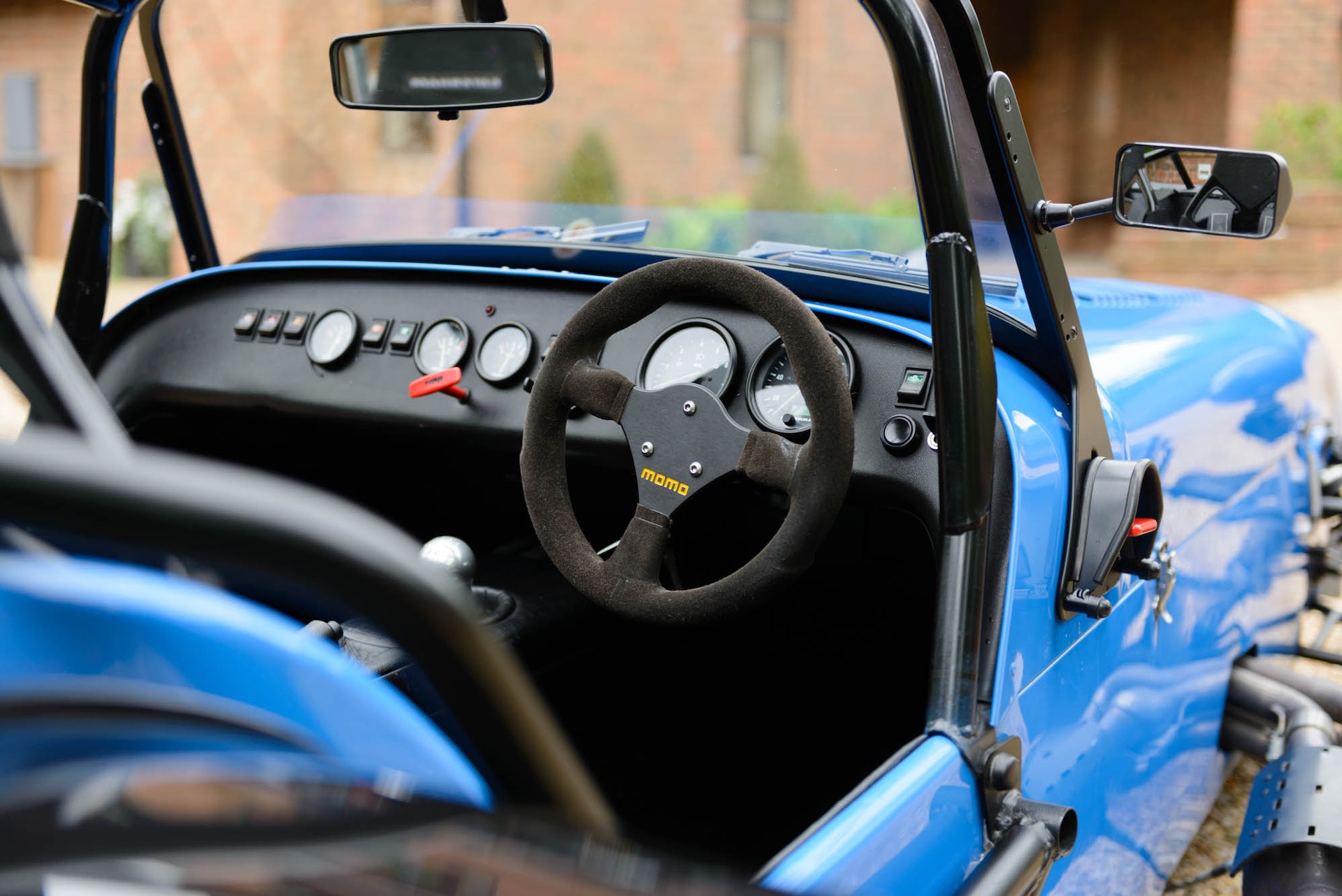 Accompanied by the original book pack, service record and all invoices from new, this car wants for nothing other than an enthusiastic owner. With no roof and no doors, this Caterham 7 Roadsport offers an exciting, pared-down driving experience like few other cars, and is ready to enjoy immediately on your favourite B-road or circuit.