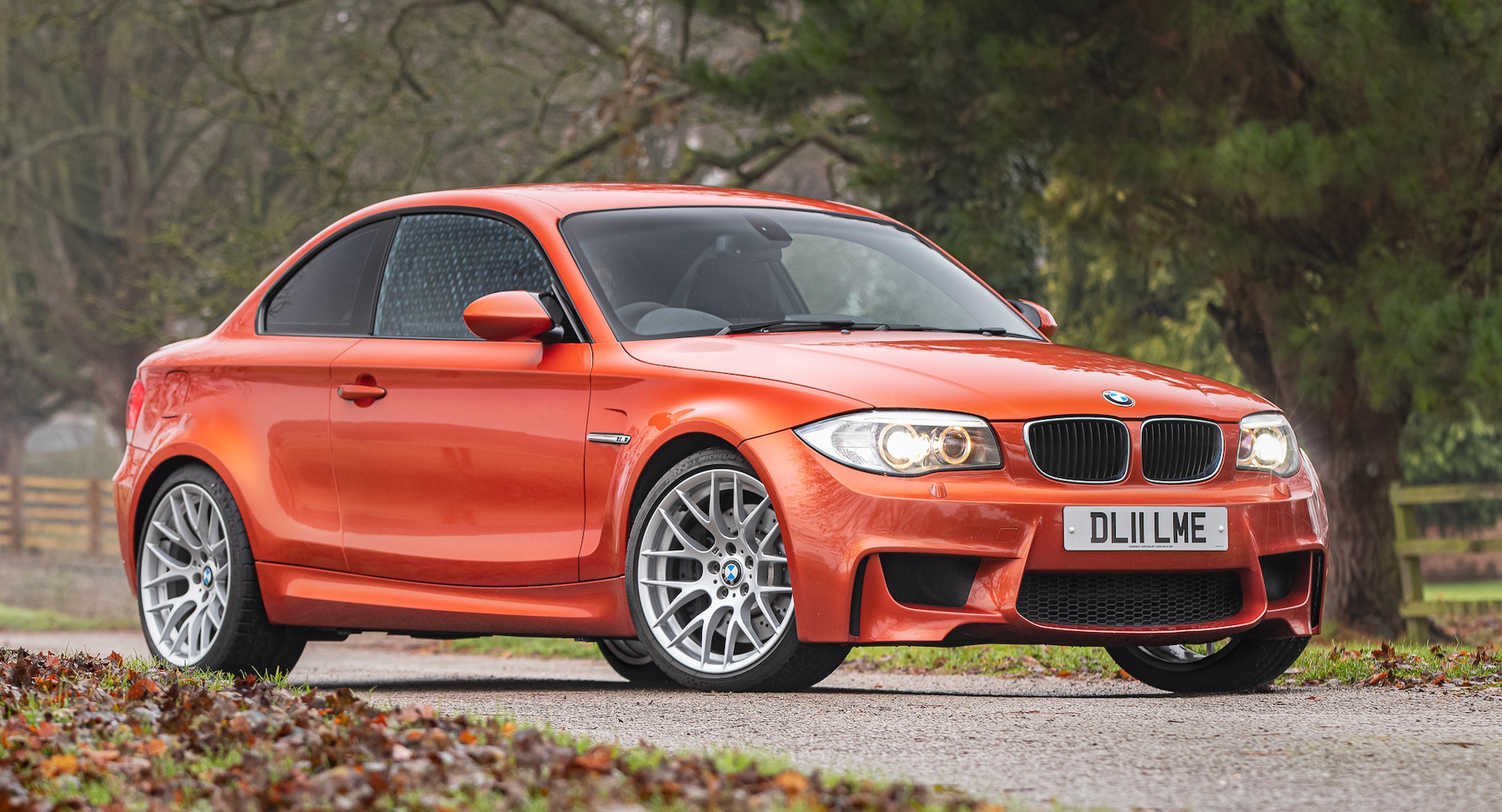 This 2011 BMW 1M Coupe is an undisputed performance icon, and a highly collectable modern classic. Its 3.0-litre twin-turbo N54 straight-six engine produces 335bhp, which is driven through the rear wheels via a six-speed manual transmission and limited-slip differential. This is one of only 450 examples of the 1M Coupe that were originally supplied to the UK. A cherished car that has been used as intended, the odometer now shows 49,111 miles from new. 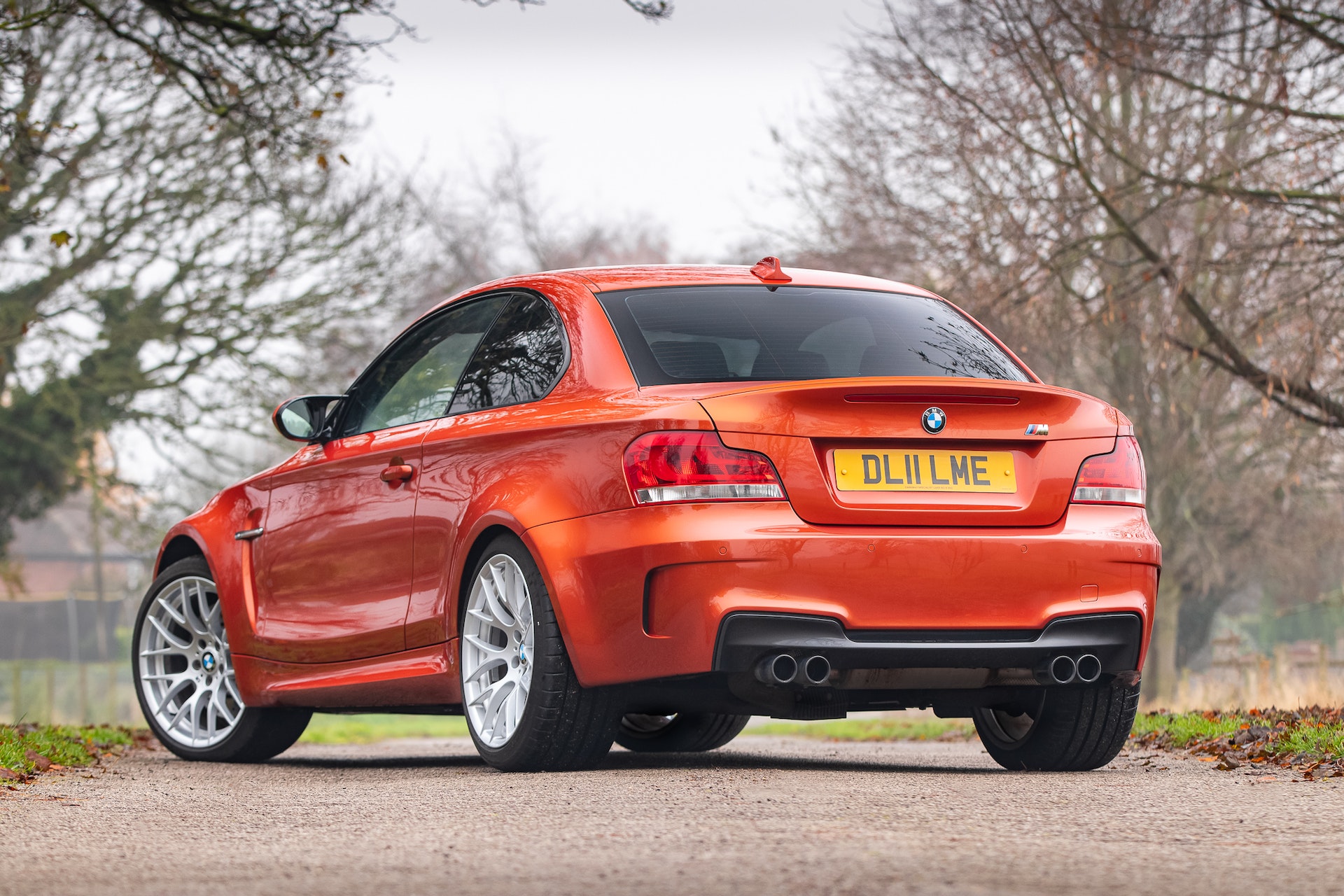 Factory records show the car was completed in May 2011, after which it was delivered new to the UK and first registered on 13 June 2011. Four previous registered keepers are recorded on the log book. The vendor has owned the car for the last two-and-a-half years, and has enjoyed around 17,000 miles behind the wheel. 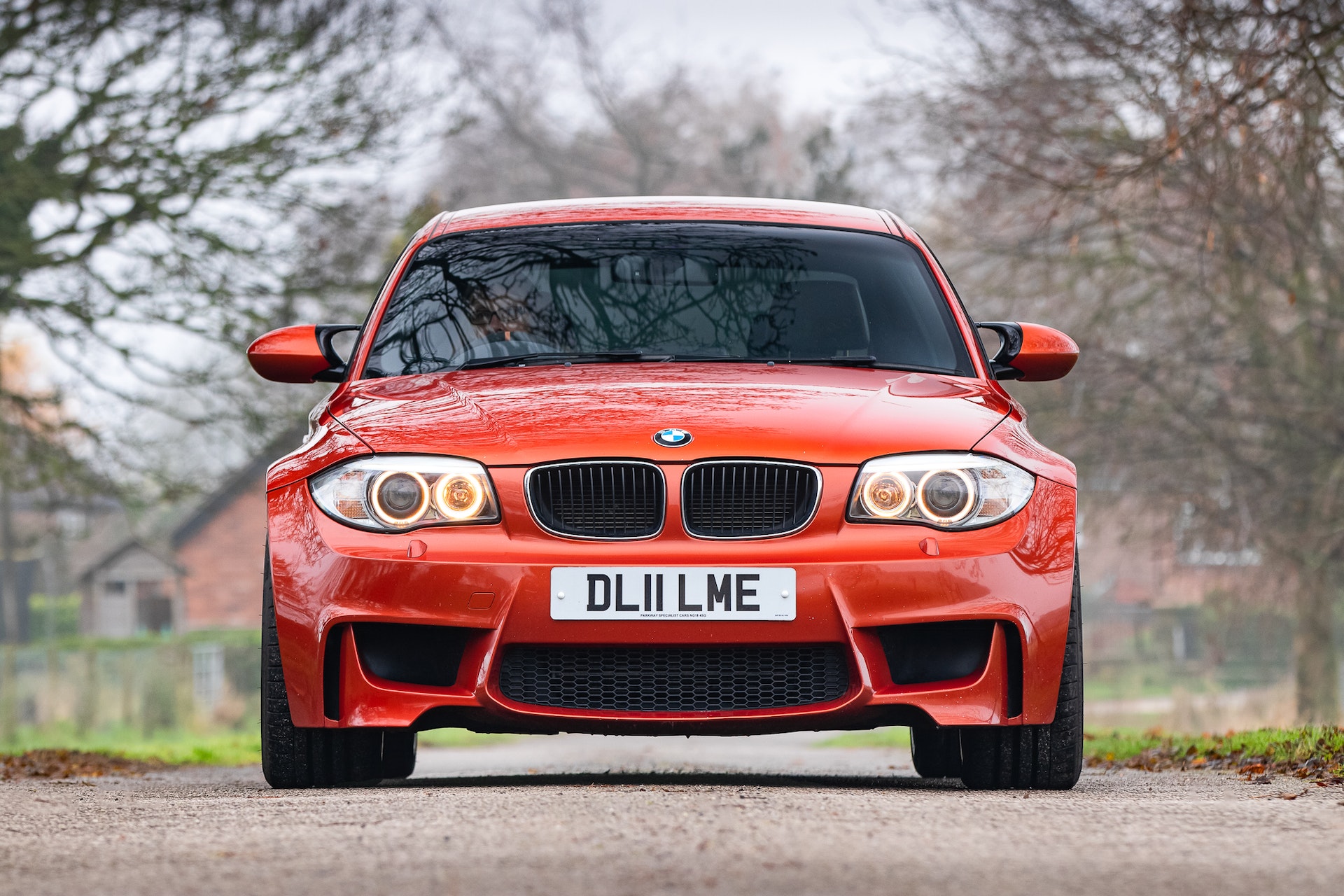 Finished in eye-popping Valencia Orange paint, which was the launch colour for the car, the bodywork is in great shape. There are stone chips present on the front apron and leading edge of the bonnet, as well as a shallow finger-width dent halfway up the bonnet on the offside of the car. A larger blemish in the paint above the nearside rear wheel arch is clearly pointed out in the media gallery. 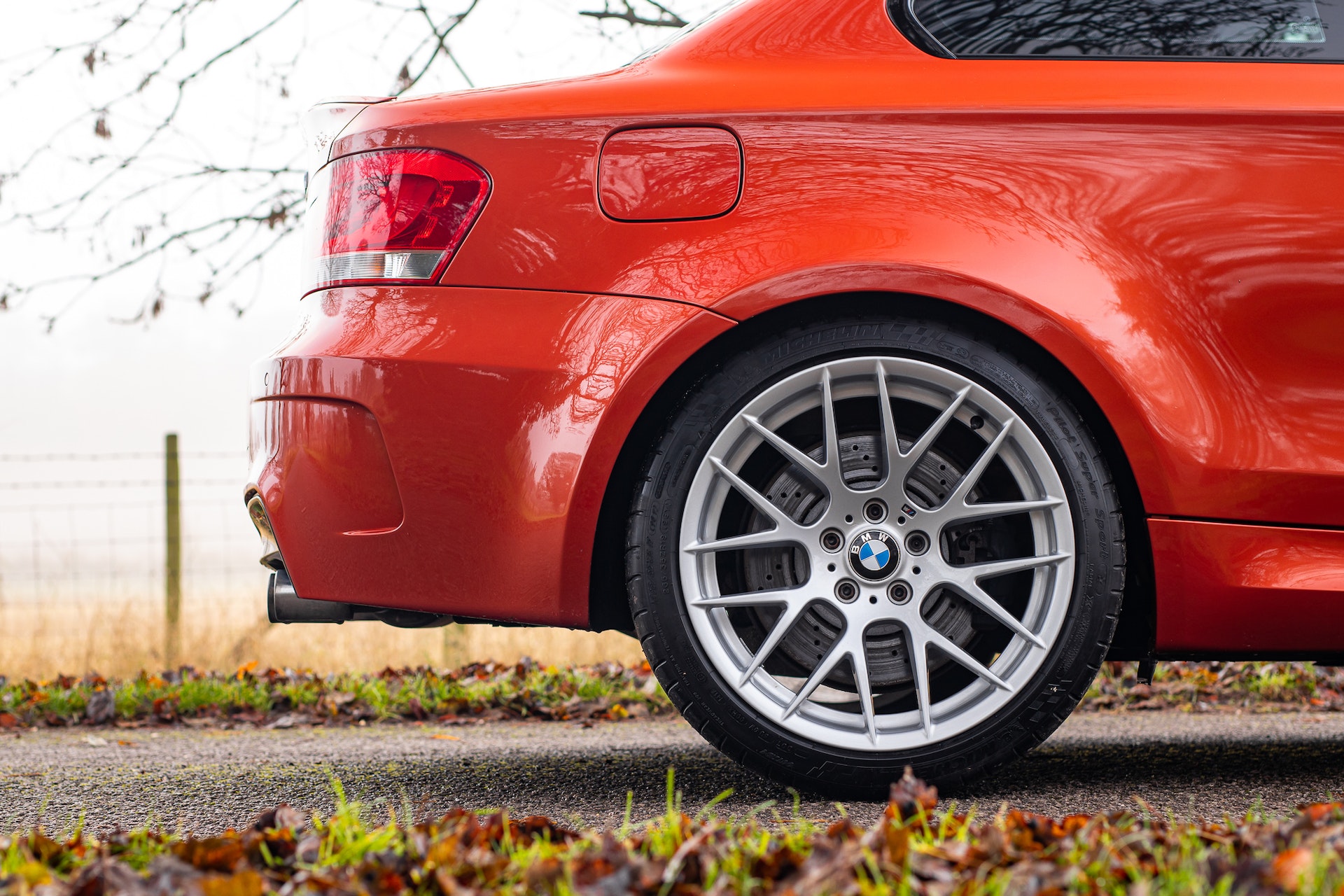 The car sits on the correct 19-inch Y-spoke silver alloy wheels, which have been refurbished recently and are in genuinely pristine condition. The bright orange paintwork is complemented by the high-gloss Shadow Line exterior trim around the window and wing mirror surrounds. Overall, as can be seen in the full photo set below, the car presents very well indeed. 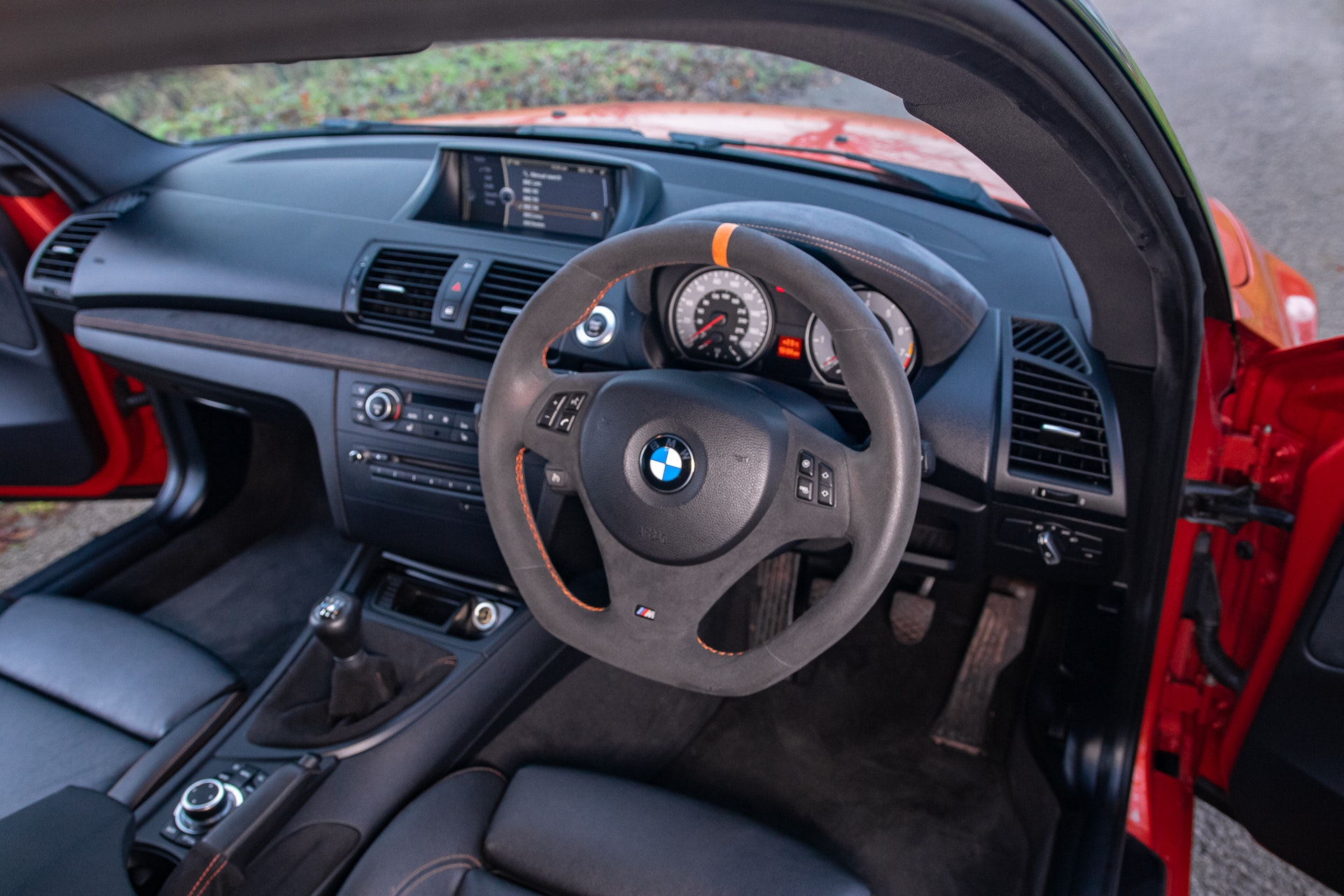 In the cabin, the seats are trimmed in black Boston leather accented by Kyalami Orange stitching. The headlining, dashboard, door panels, instrument binnacle, handbrake and gear lever gaiters are all finished in anthracite Alcantara. Its steering wheel has also been upgraded to an M Performance item, fully trimmed in Alcantara and orange stitching to match. 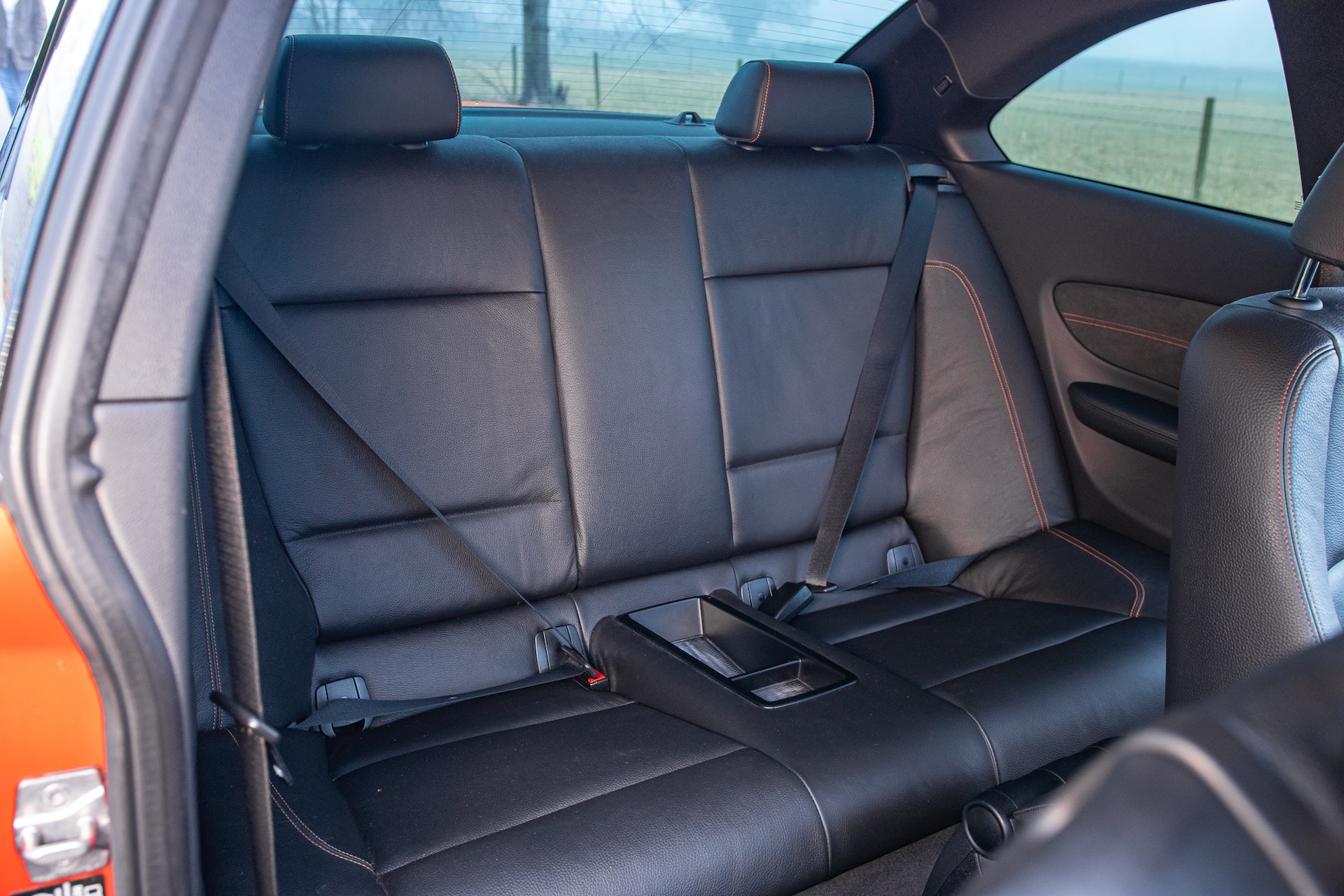 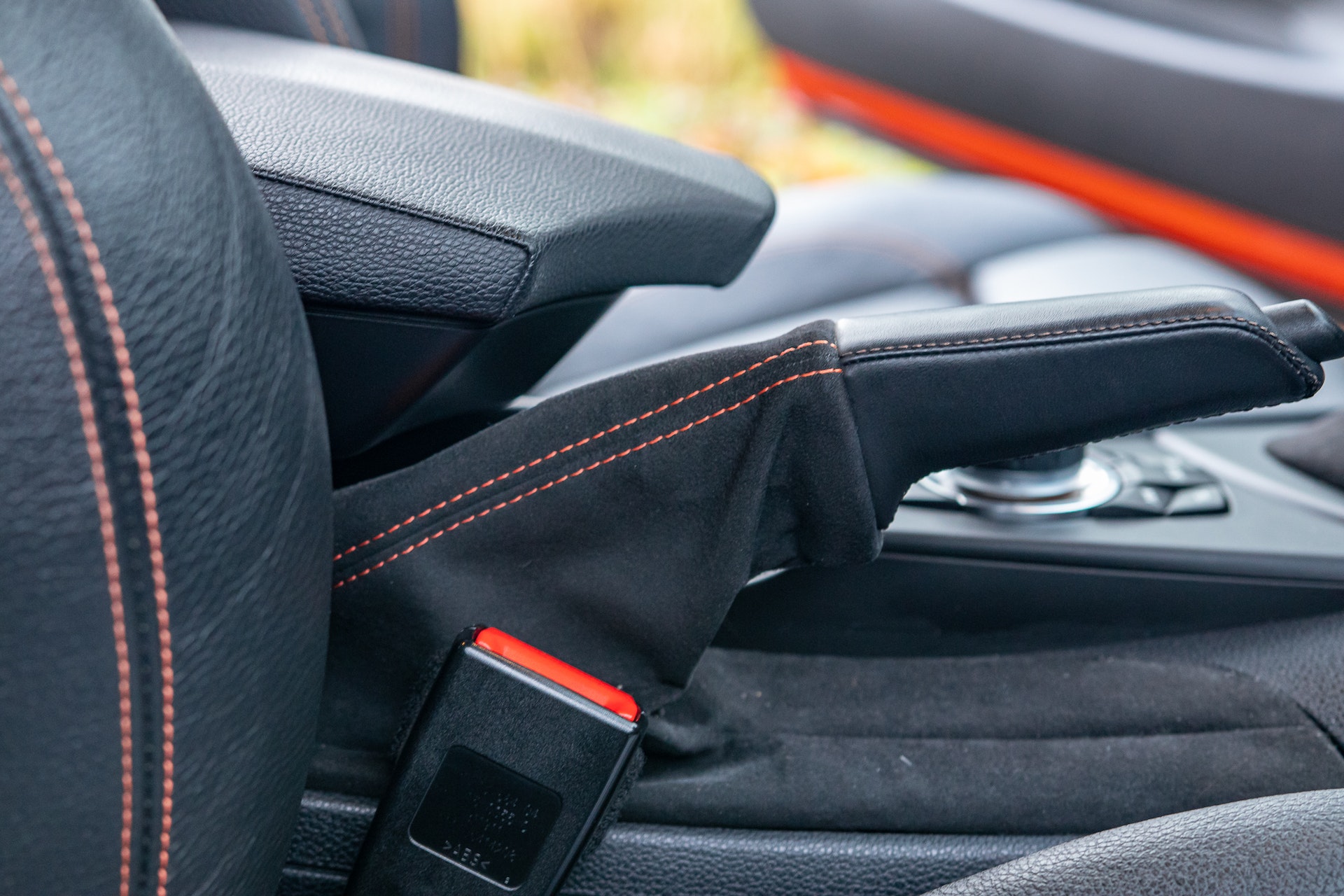 The last scheduled maintenance was in June 2018 at 46,689 miles, carried out by Barons BMW Hindhead. This comprised a full service, with engine oil and filter renewed, as well as a fresh set of spark plugs and new brake fluid. During the vendor’s ownership, the front and rear brake discs and pads have also been replaced. 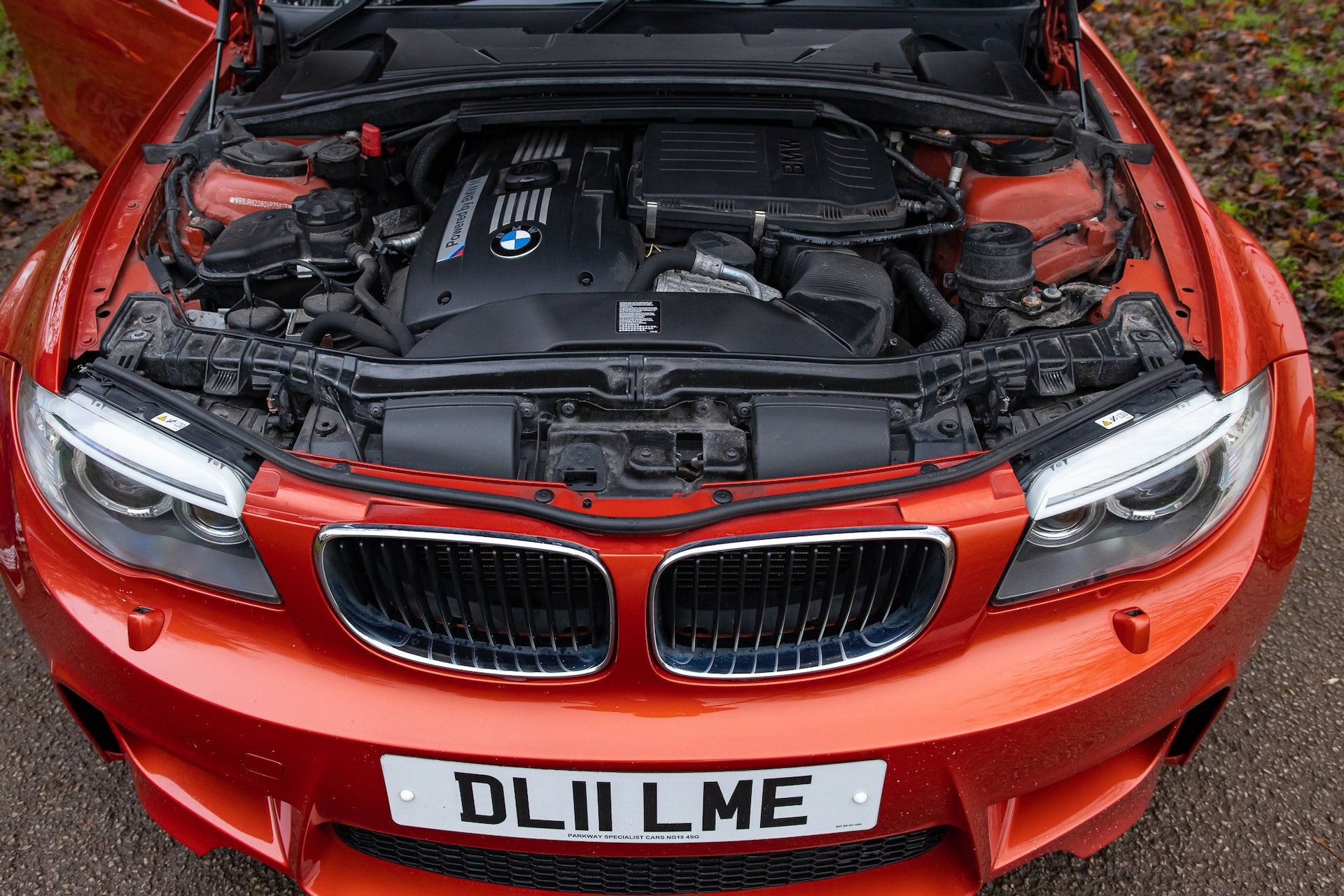 Its last MOT test was on 30 January 2019 at 49,022 miles, which resulted in a pass with the only advisory noting that undertrays were fitted. In fact, other than MOT testers recording the presence of factory covers and underside panels, the car has never received a single advisory. The vendor has committed to giving the car a fresh 12-month MOT certificate before handing the keys over to the next owner. 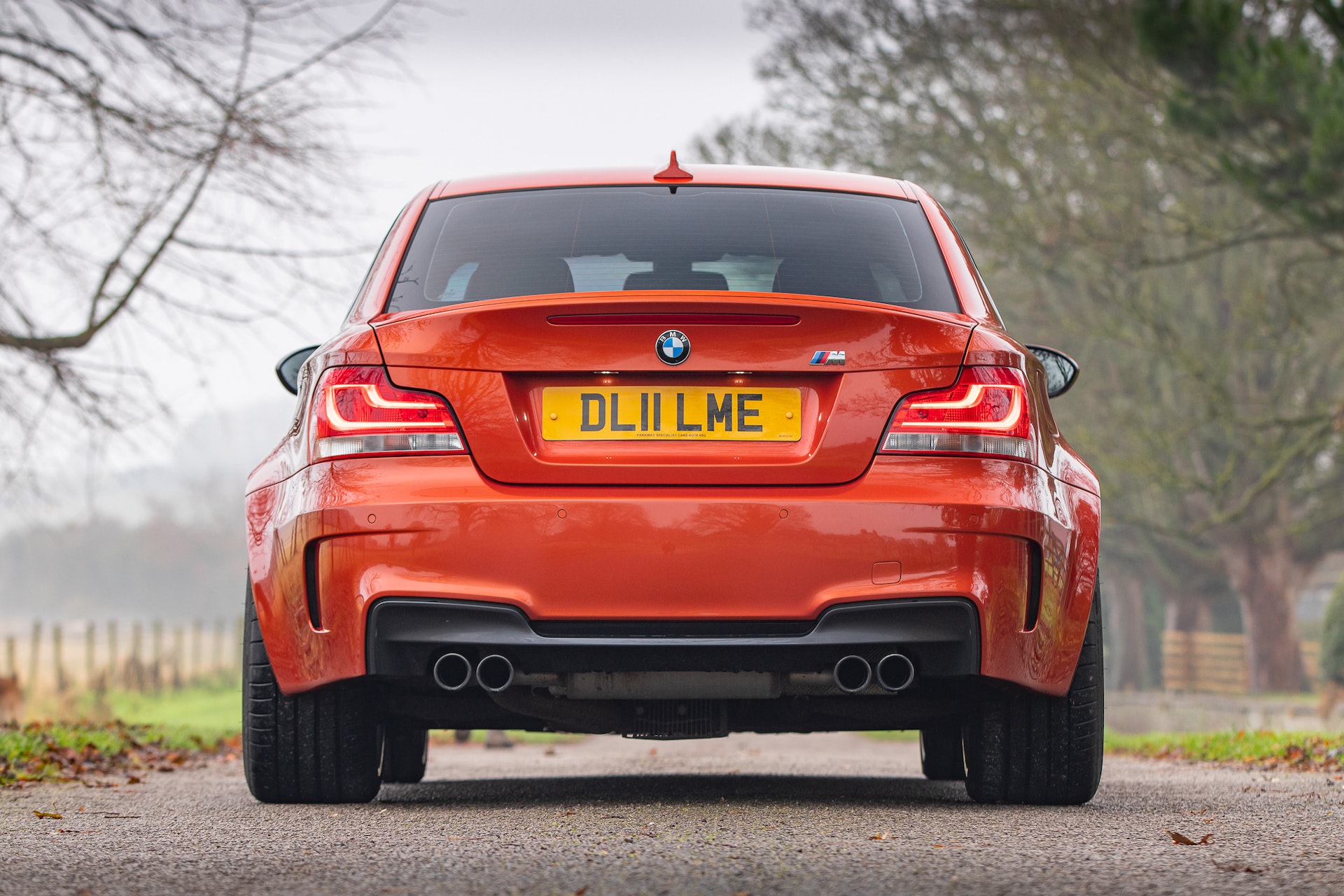 The alloy wheels are fitted with a set of Michelin Pilot Super Sport tyres, in sizes 245/35 ZR19 at the front and 265/35 ZR19 at the rear. The rears are date-coded to 2017, while the fronts were manufactured in 2018. All four were put on as a brand-new set in May 2018 at 45,994 miles. There is a small cut in the offside rear tyre, clearly shown in the media gallery, so this should ideally be replaced in the near future. 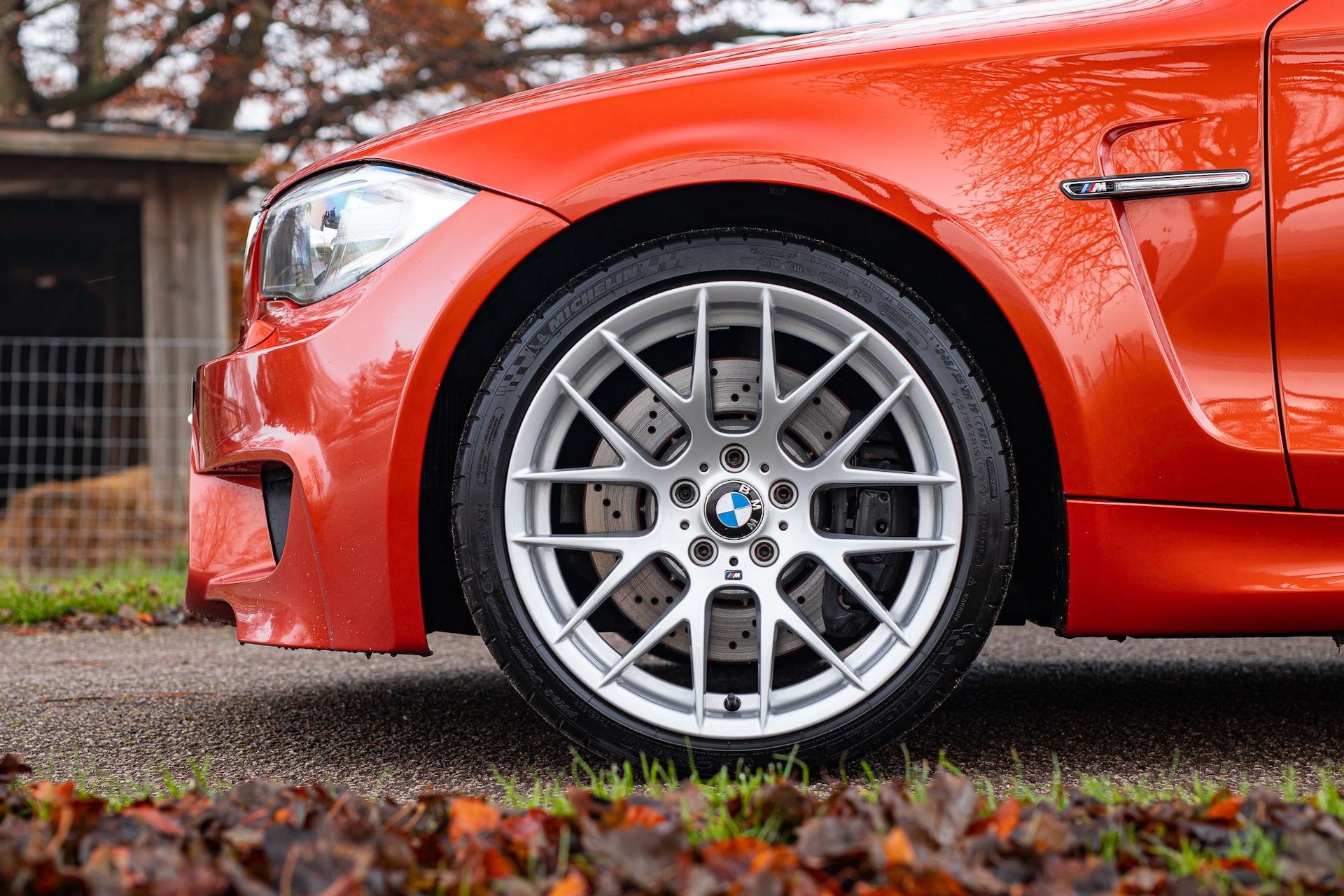 Accompany the car is the original literature including the owner’s handbook, stamped maintenance record and numerous old invoices. As well as the fresh MOT, the vendor has also stated that they will put the car through a minor service prior to handover. 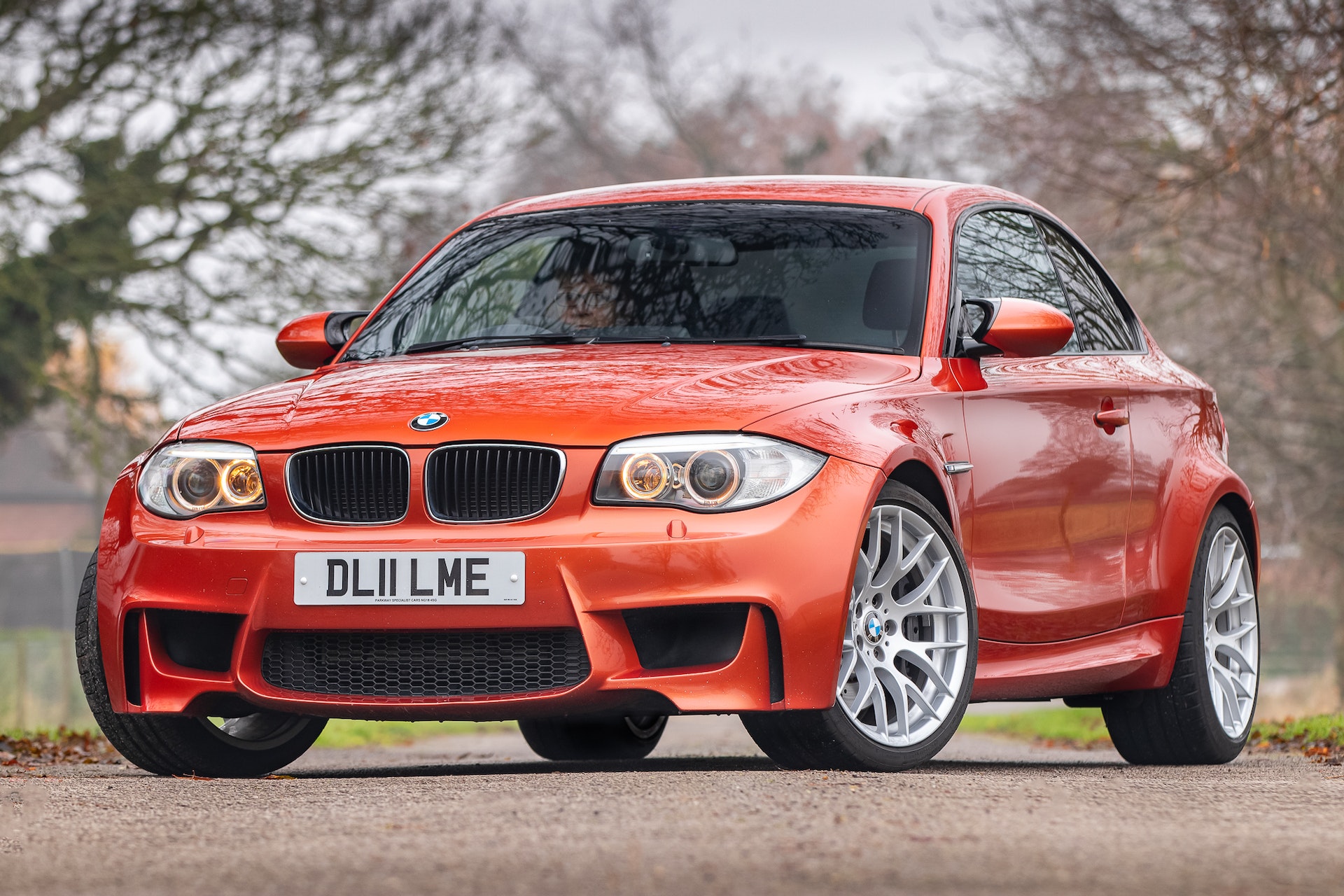 This BMW 1M Coupe is a well-maintained and smartly presented example of a sought-after performance hero. For those who desire a flawless paint finish, it could easily be treated to some cosmetic refurbishment in the future. However, it is in mechanically superb order, and wants for nothing to relish as a thrilling weekend car.