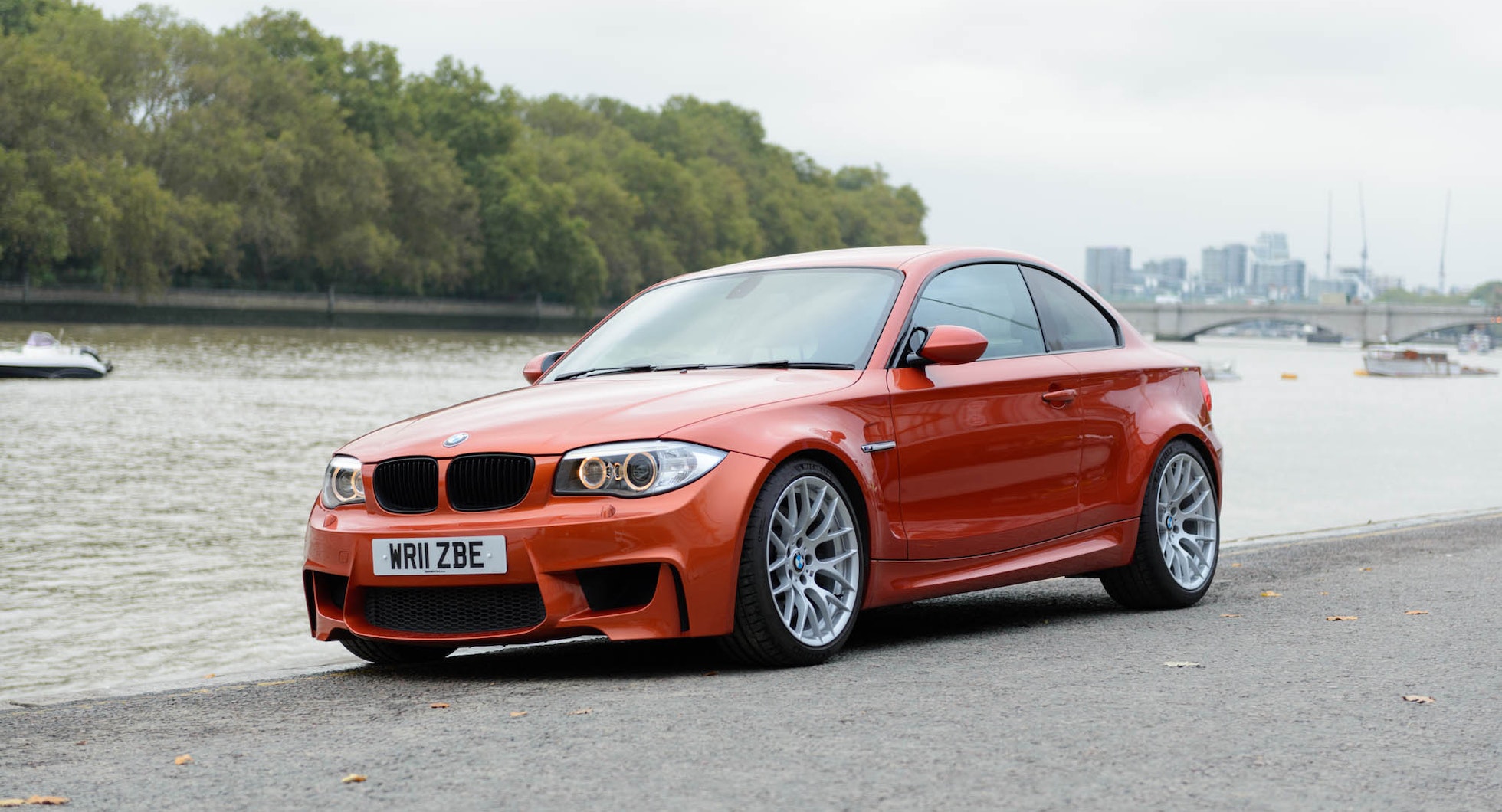 This 2011 BMW 1M Coupe is nothing short of a modern performance hero, presented in superb condition and with comprehensive history from new. It is powered by the 335bhp N54 3.0-litre twin-turbo straight-six engine, driven through a six-speed manual transmission and a limited-slip differential. Only 450 cars were supplied to the UK, and this one has covered just 19,400 miles from new. 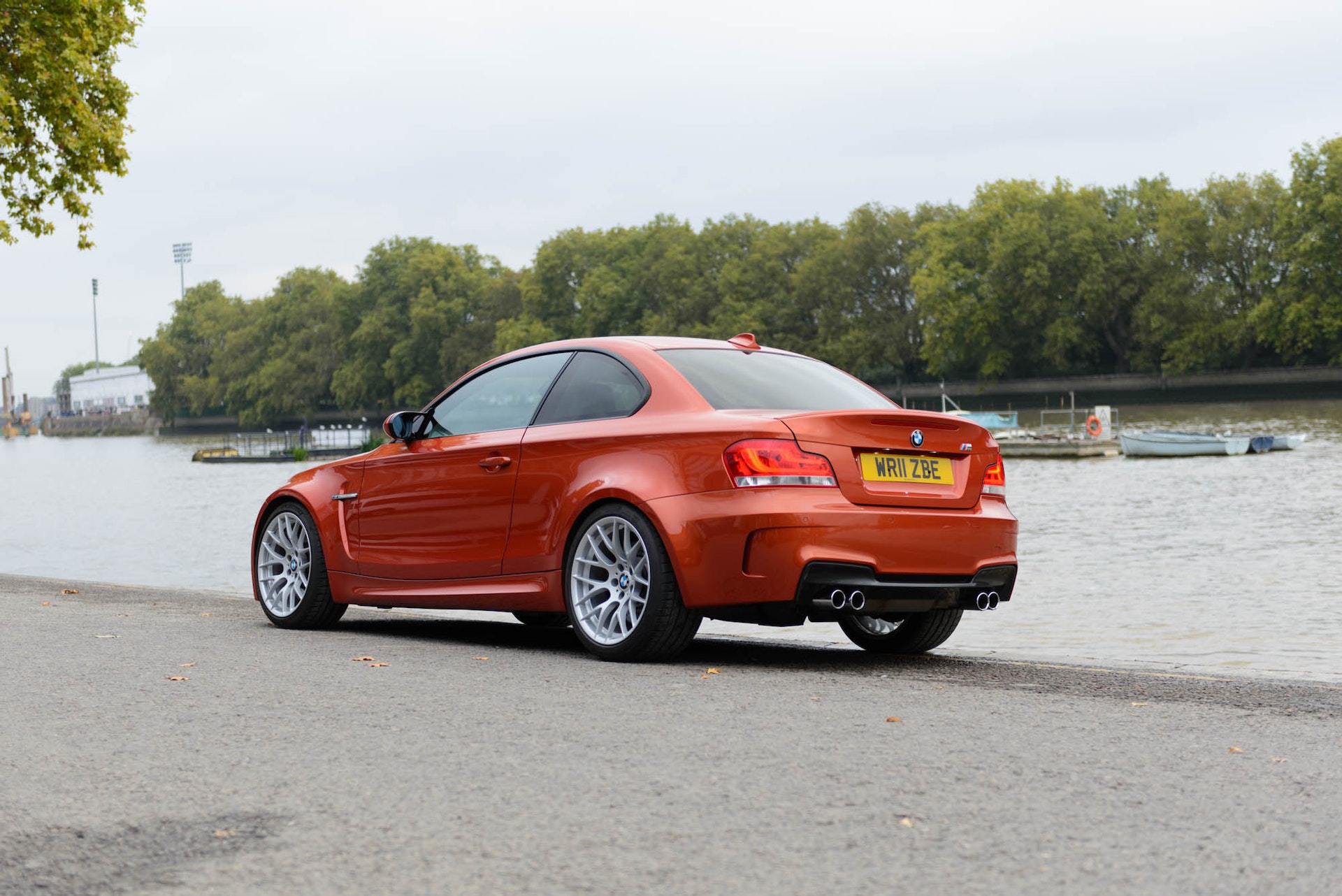 Supplied via Dick Lovett BMW in Bristol, this 1M Coupe was first registered in June 2011. There are two previous keepers recorded with the DVLA, and it has been owned by the vendor for the last two years. He has enjoyed around 5,000 miles behind the wheel.

The car is covered by a fully comprehensive warranty, including roadside assistance, after being bought as a BMW Approved Used car. There is no excess on warranty claims and it lasts until 29 September 2020. From that point onwards, the next owner can opt to extend it even further, which costs around £550 per year. 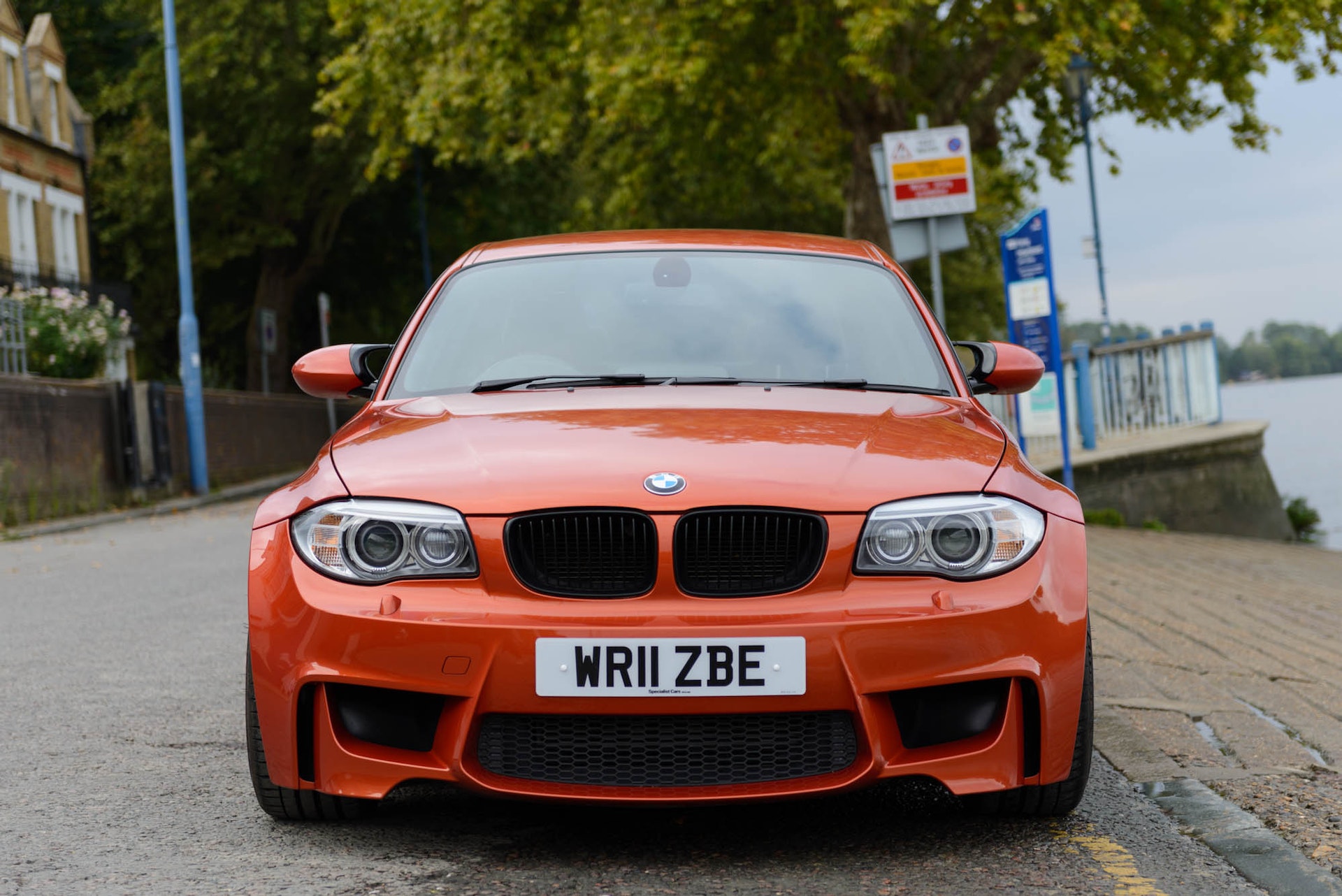 Valencia Orange was the launch colour for the car, and its factory paintwork remains in very good condition. There are some light scratches on the rear bumper from objects being loaded and unloaded, as well as some stone chips and grazes on the front bumper, intakes and the leading edges of the rear wheel arches. The vendor also notes a minor chip to the paint between the kidney grille sections, and a kerbing mark on the offside front wheel. As can be appreciated from the detailed set of photos in the media gallery, the car presents superbly. 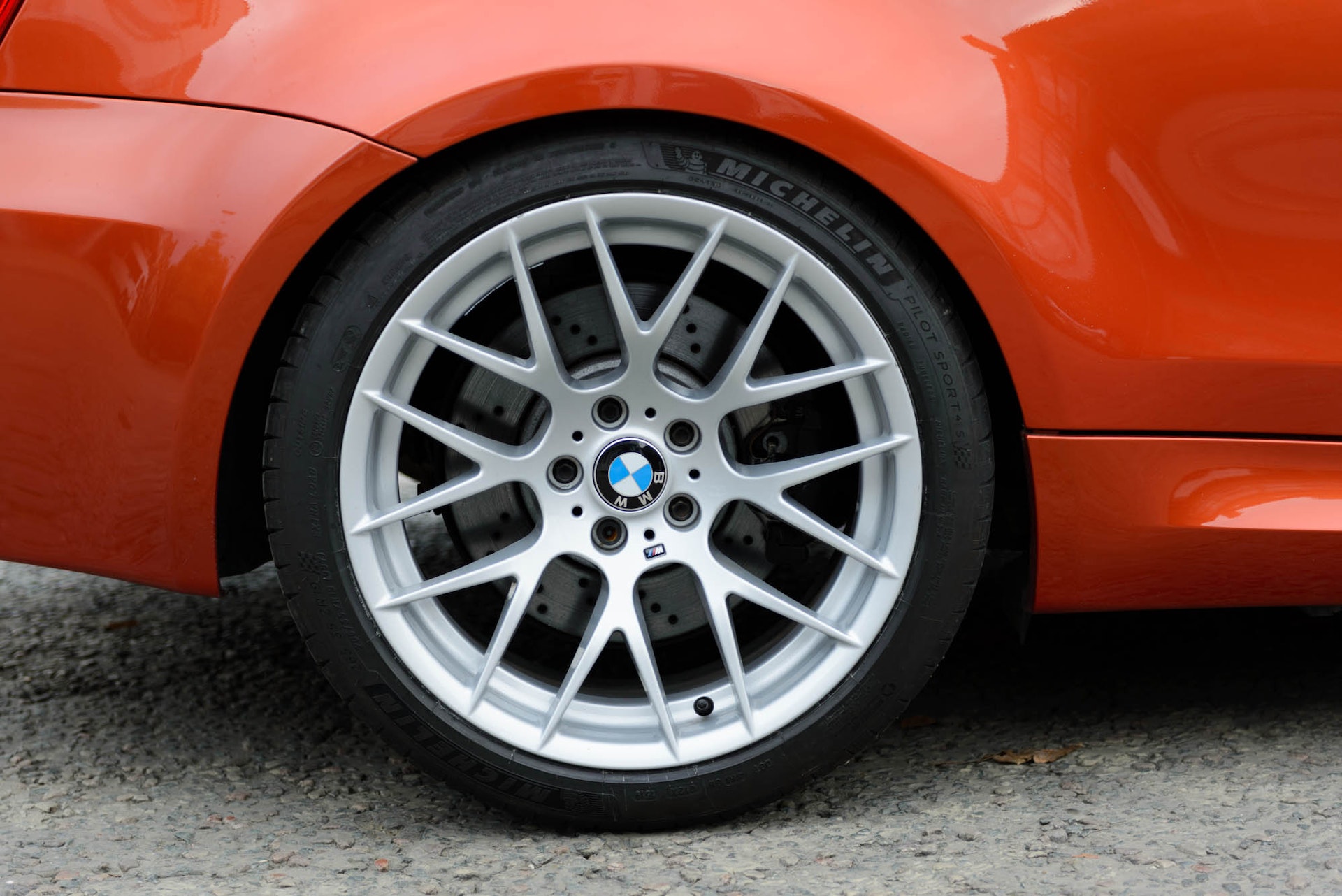 Inside, the car is trimmed in black Boston leather accented by orange stitching, as well as Anthracite Alcantara sections on the door cards, dashboard, handbrake and gear shift gaiter. All of the upholstery is in great condition, with none of the puddling or bolster wear that you often find in BMWs of this era. Ahead of the driver, the three-spoke steering wheel is also trimmed in leather, with tri-colour stitching in the M Performance palette. The rear seats appear to have been barely used. 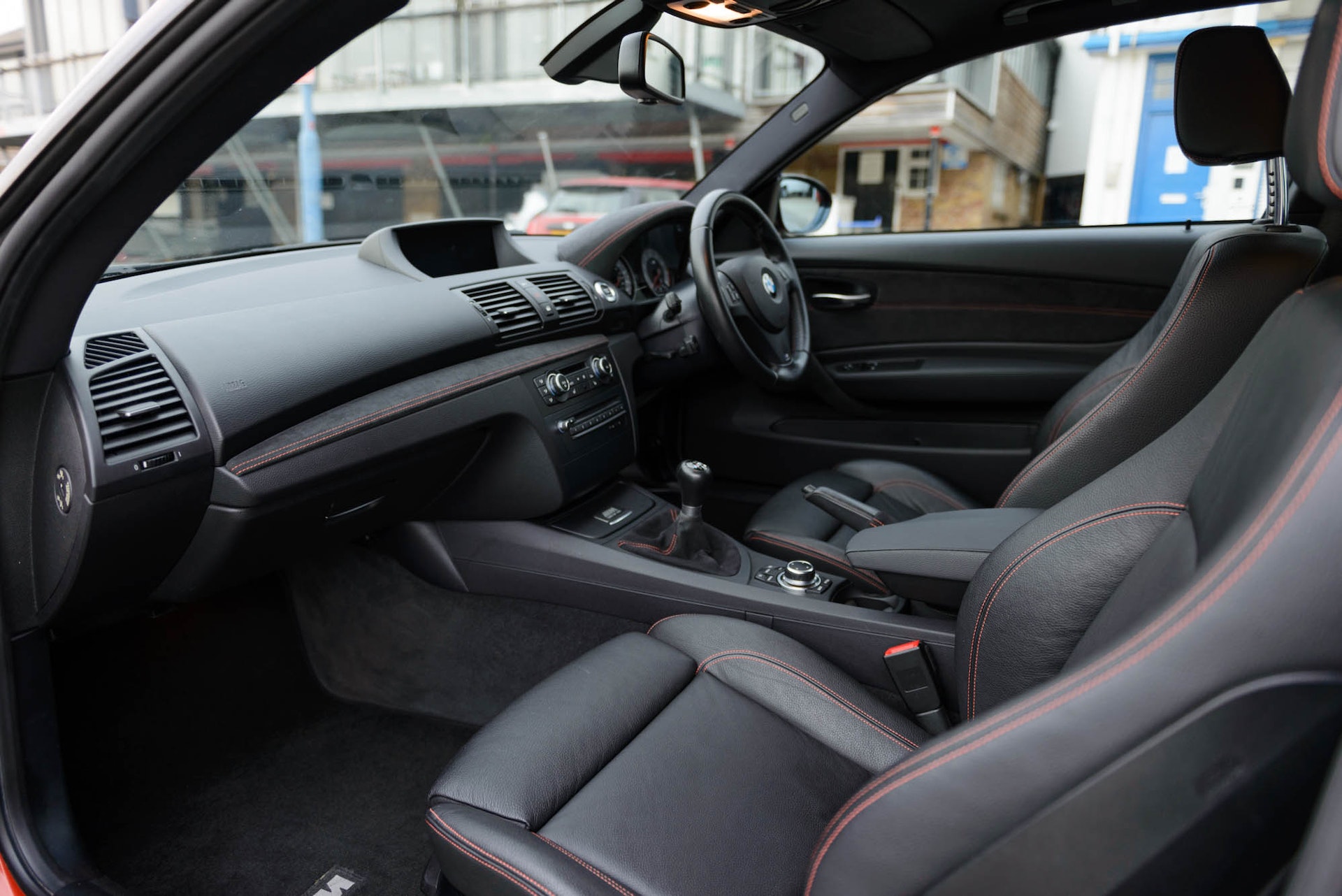 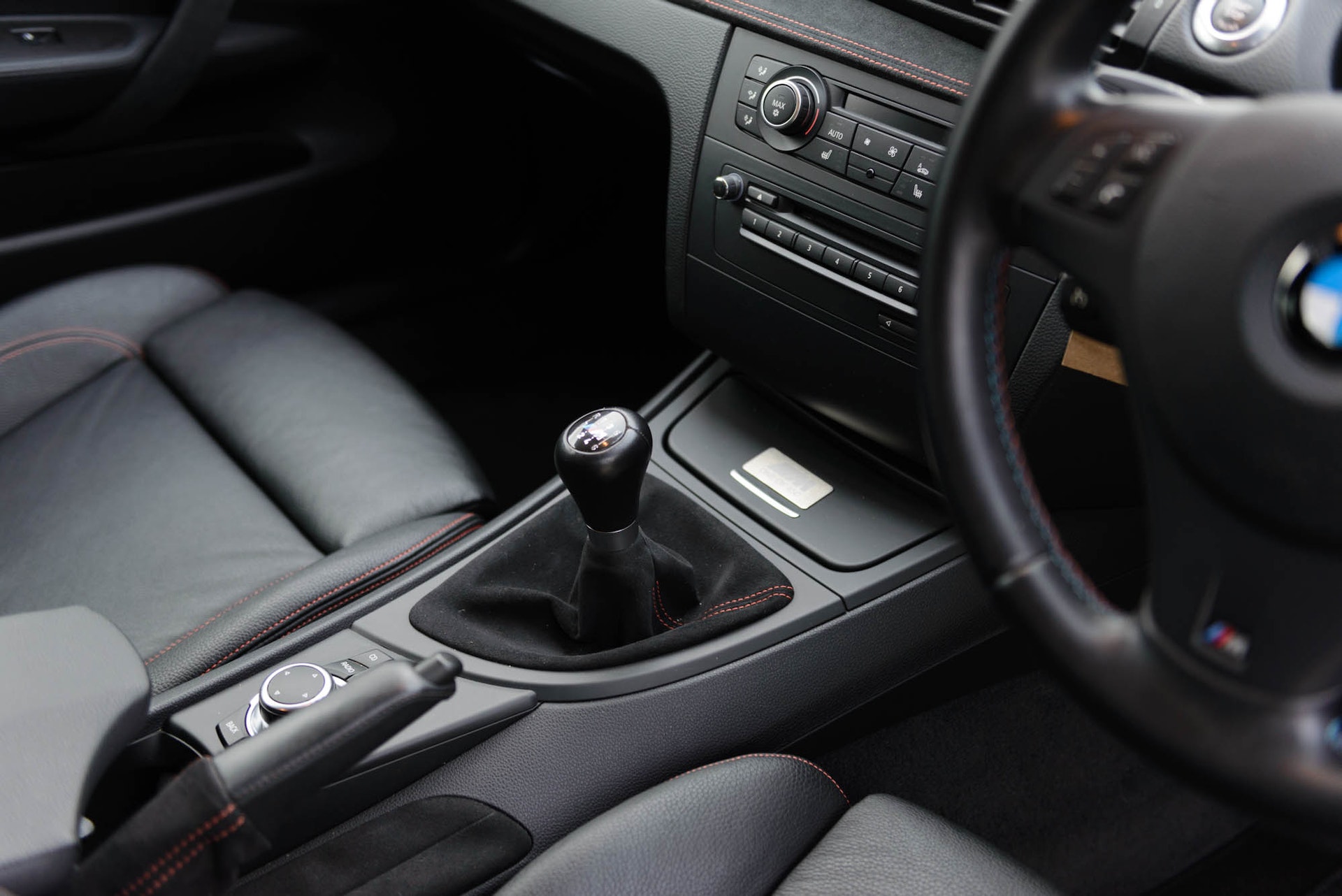 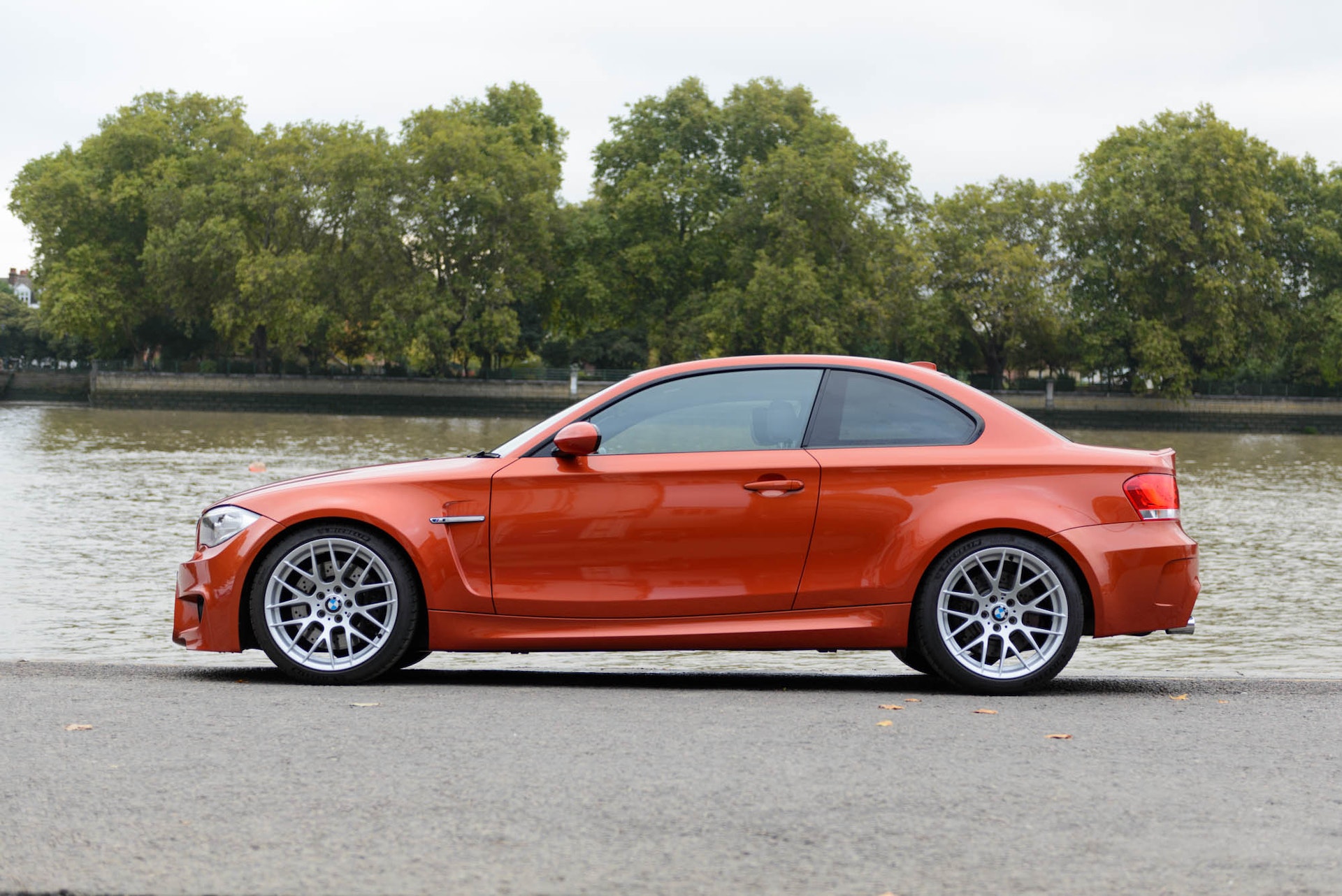 Its last scheduled service was in April 2019 at BMW Thames Cooper Ditton, and the onboard computer indicates that its next inspection is due in September 2020. In recent years the car has also been looked after by Marshall BMW in Bournemouth, with a service in August 2018 that included renewal of the brake fluid, and another oil service in December 2017. 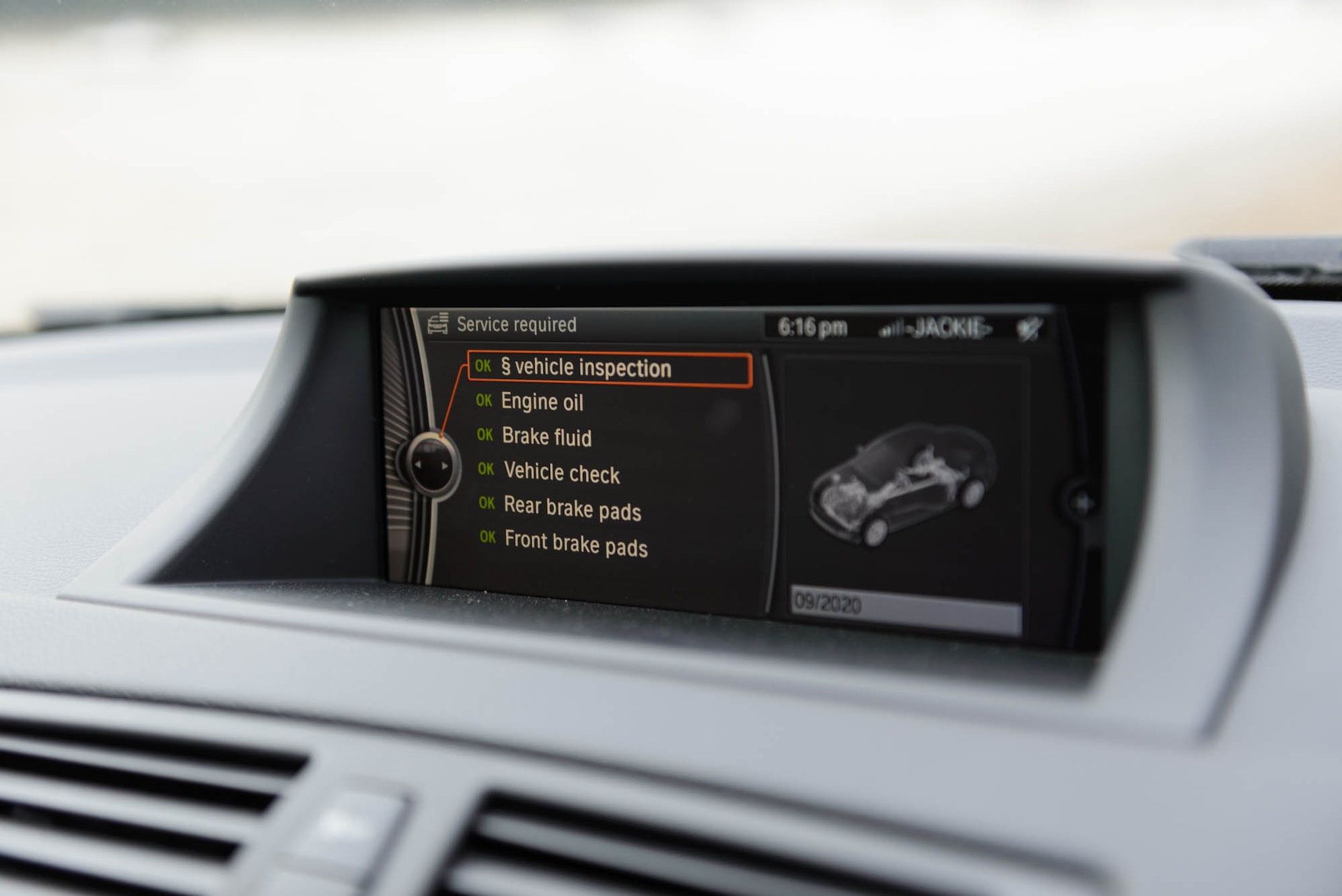 The 1M Coupe’s last MOT test was on 16 August 2019 at 19,259 miles, which resulted in a clean pass with no advisories. A check on the iDrive system shows that the front and rear brake pads have around 20,000 miles of use left before they are due for replacement. The owner has fitted a set of four brand-new Michelin Pilot Sport 4S tyres within the last month, in sizes 245/35 ZR19 at the front and 265/35 ZR19 at the rear. 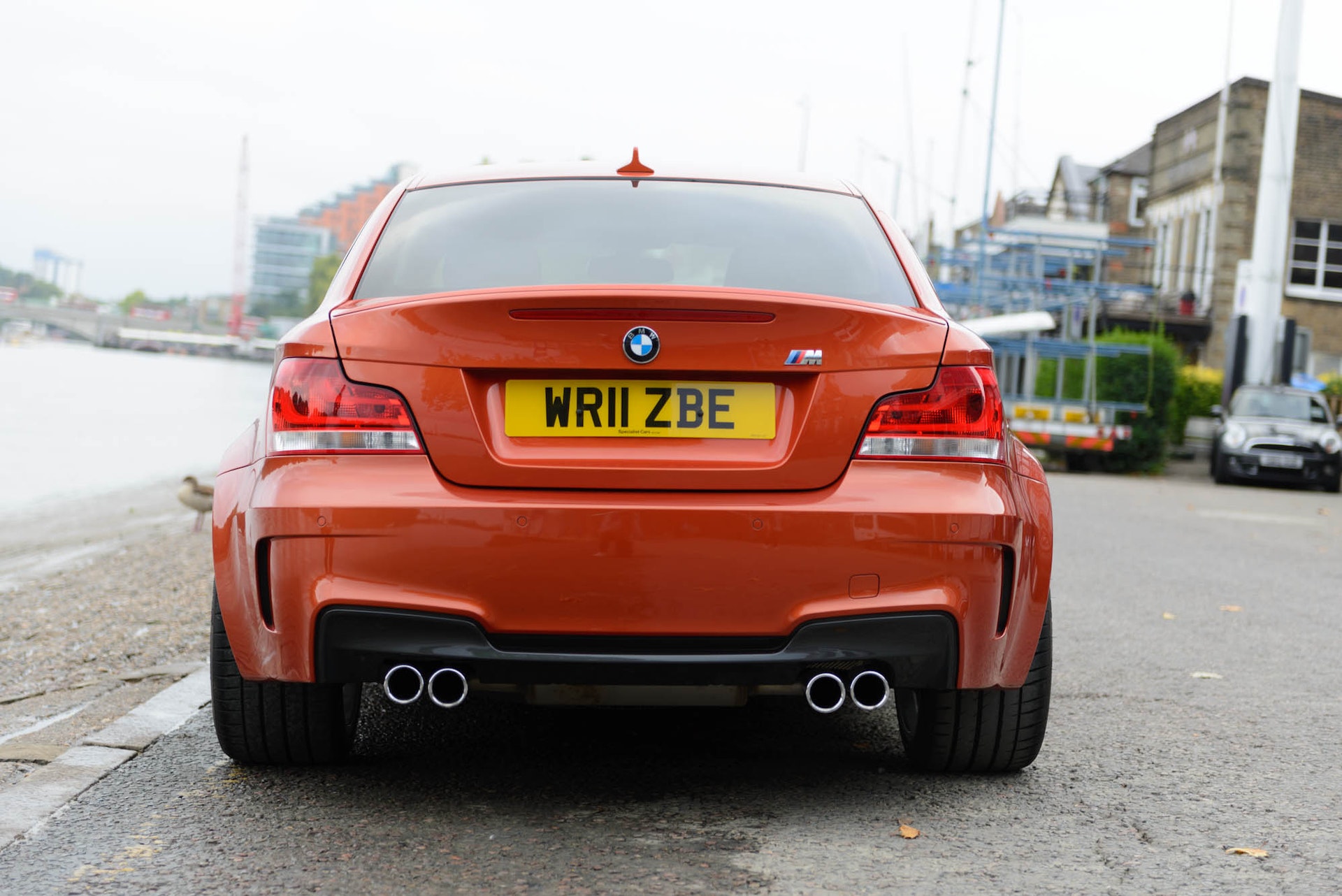 Accompanied by the owner’s handbooks as well as the stamped service booklet, this BMW 1M is a completely original and unmolested example of one of the marque’s most celebrated modern performance cars. Presented in a vibrant and popular colour, and wanting for nothing, this terrific coupe is ready to thrill and delight its next owner. 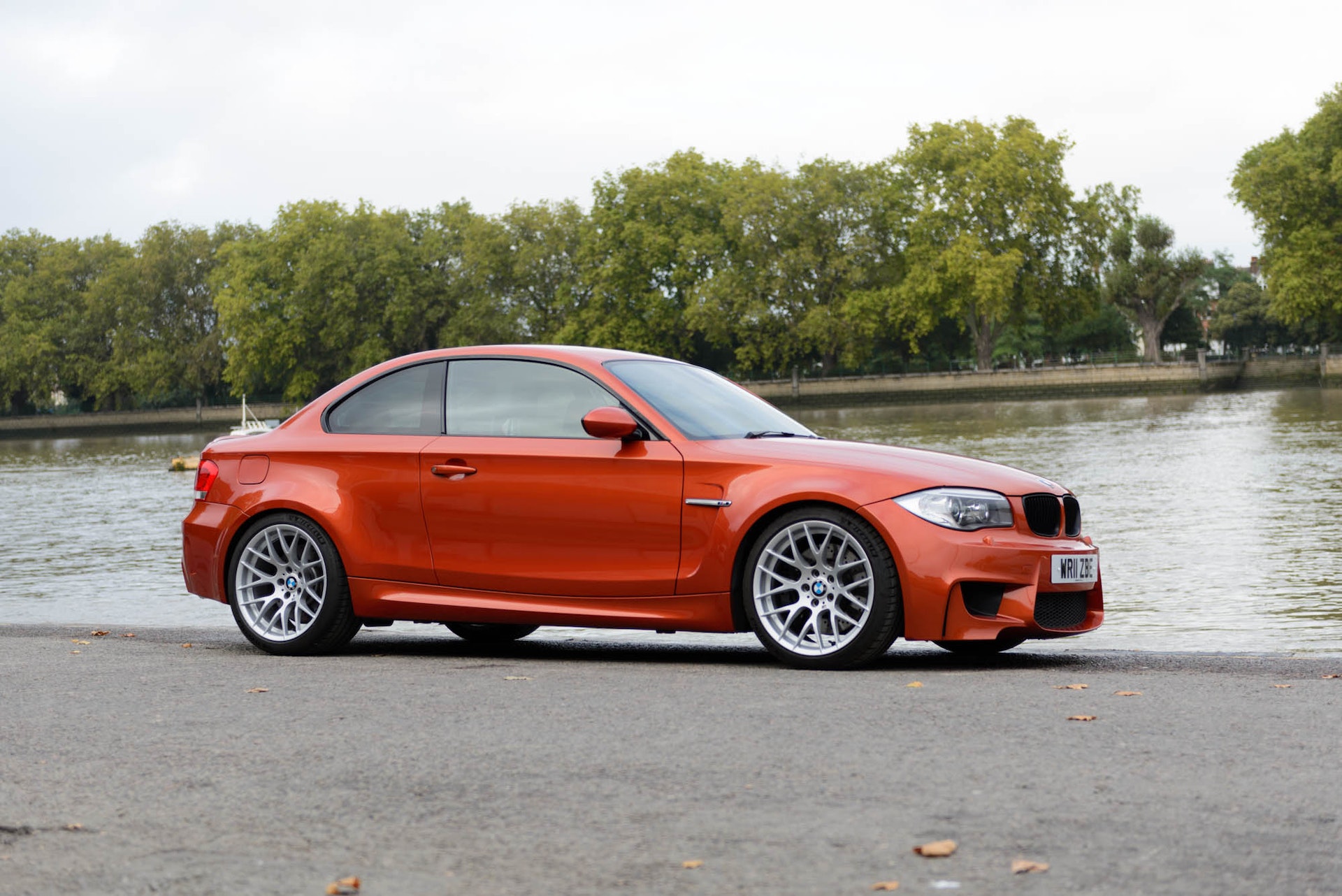