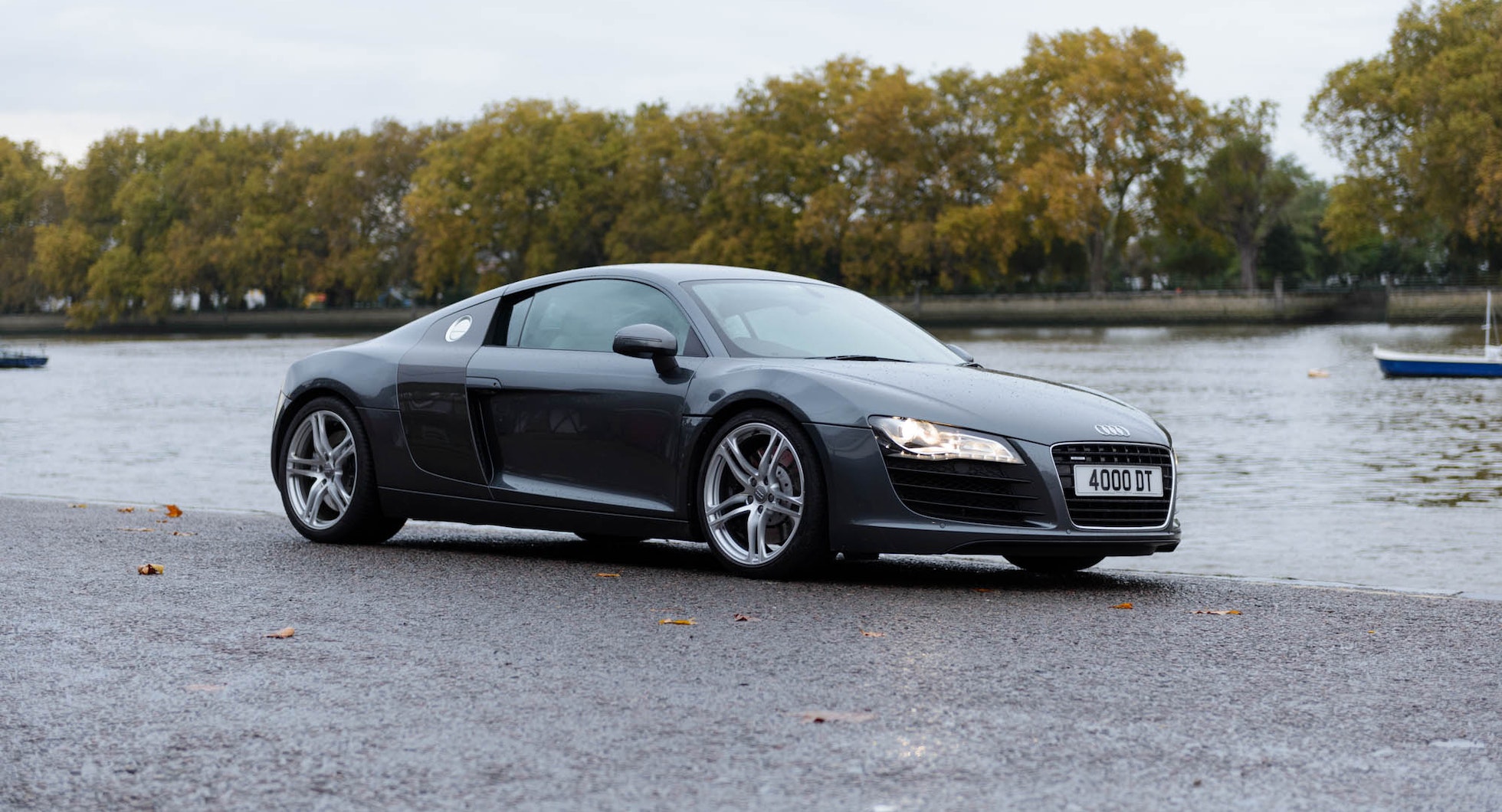 This 2009 Audi R8 is a superb example of one of the finest-handling and most reliable modern supercars. It is powered by the marque’s 4.2-litre V8 engine producing 414bhp, coupled to the sought-after six-speed manual transmission. The odometer indicates 40,628 miles from new, which is well-documented by the maintenance record and continuous MOT history from new. 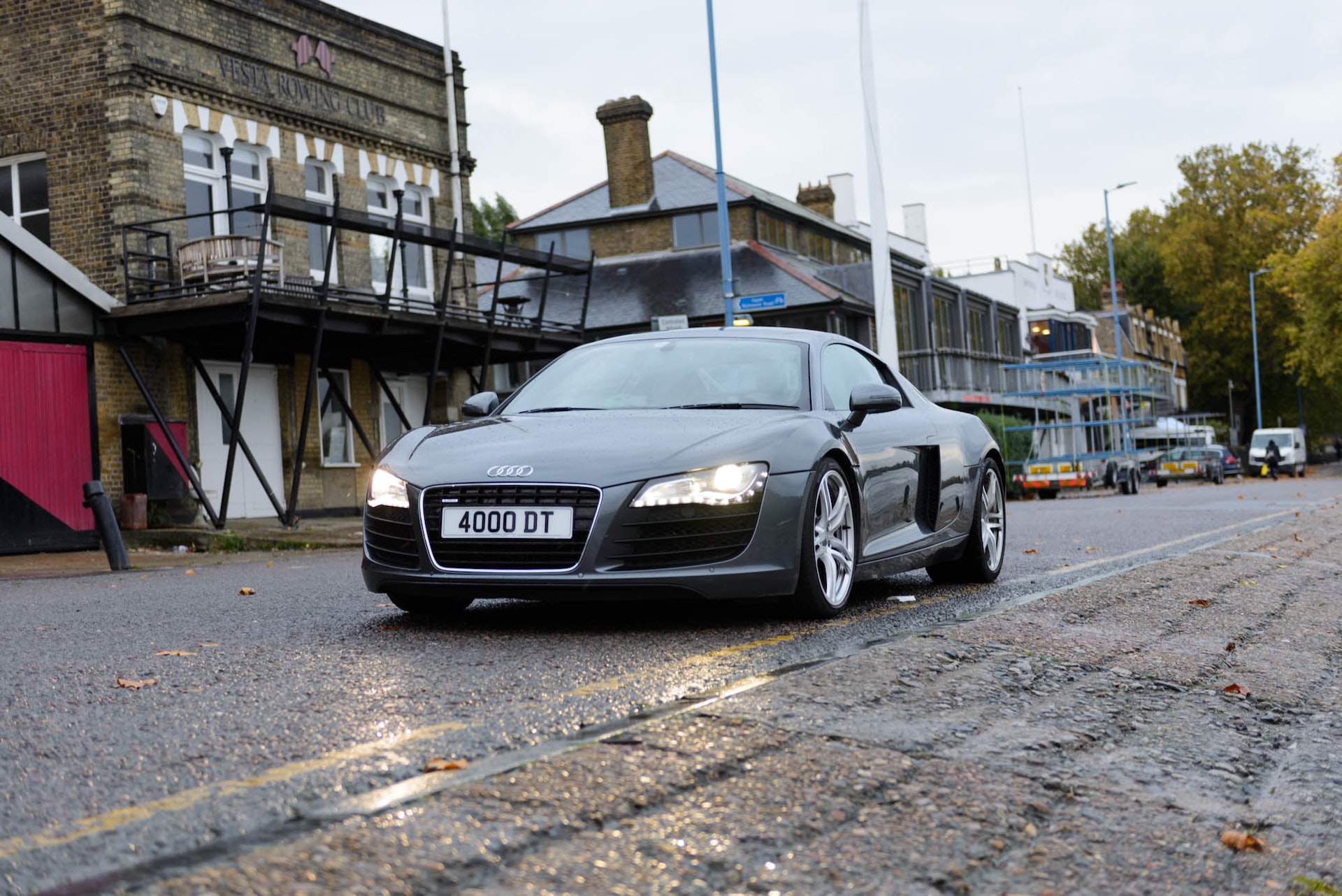 It was first registered on 27 October 2009. The standard equipment on the car includes xenon headlights and voice command. In addition, the first owner specified a range of extras, including Audi Magnetic Ride, front and rear parking sensors, Carbon Sigma sideblades and stainless steel pedals. 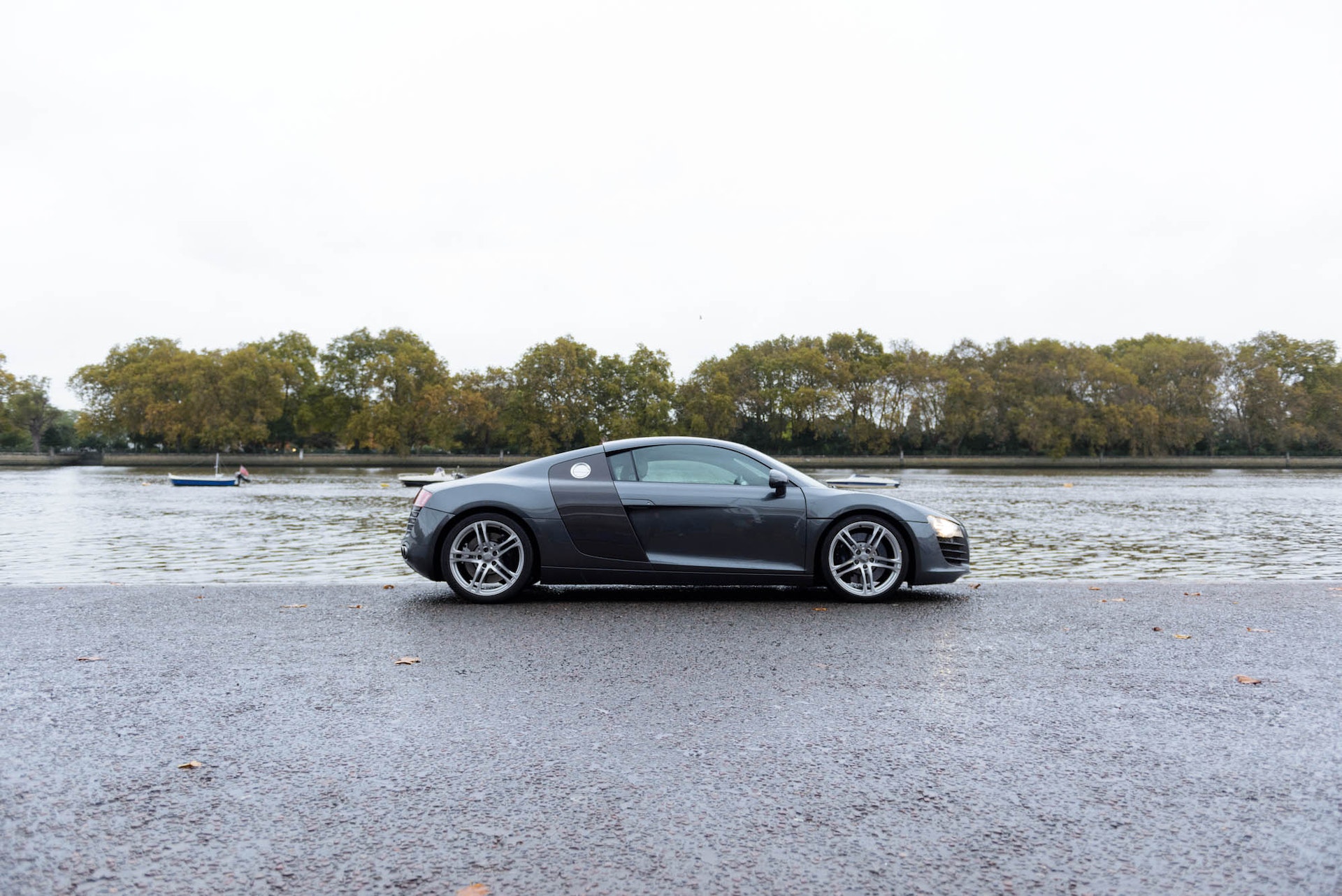 The cabin was also specified with the optional electric adjustment for the front seats, Nappa leather upholstery, auto-dimming rear-view and wing mirrors, satellite navigation and the Bang and Olufsen sound system with a CD changer. It has been owned by the vendor for nearly two years, who has thoroughly enjoyed some 13,000 miles behind the wheel. 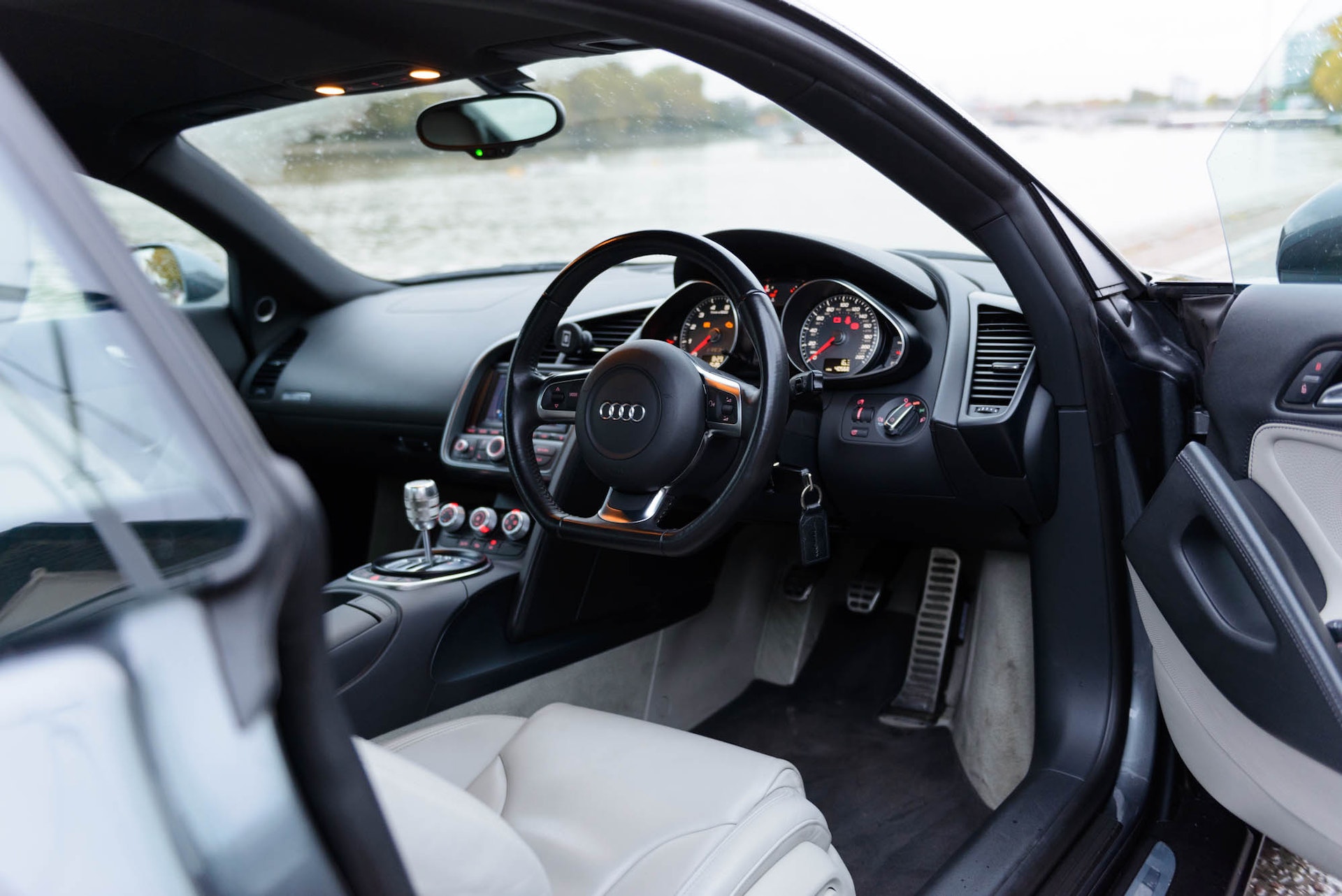 The paintwork is described as being in excellent condition. There is a tiny scuff on the bonnet - pointed out in the media gallery - as well as a minor graze on the bottom of the front bumper caused by a brush with a kerb, and some stone chips from road use as you would expect. Other than that, the original factory finish is in superb order. 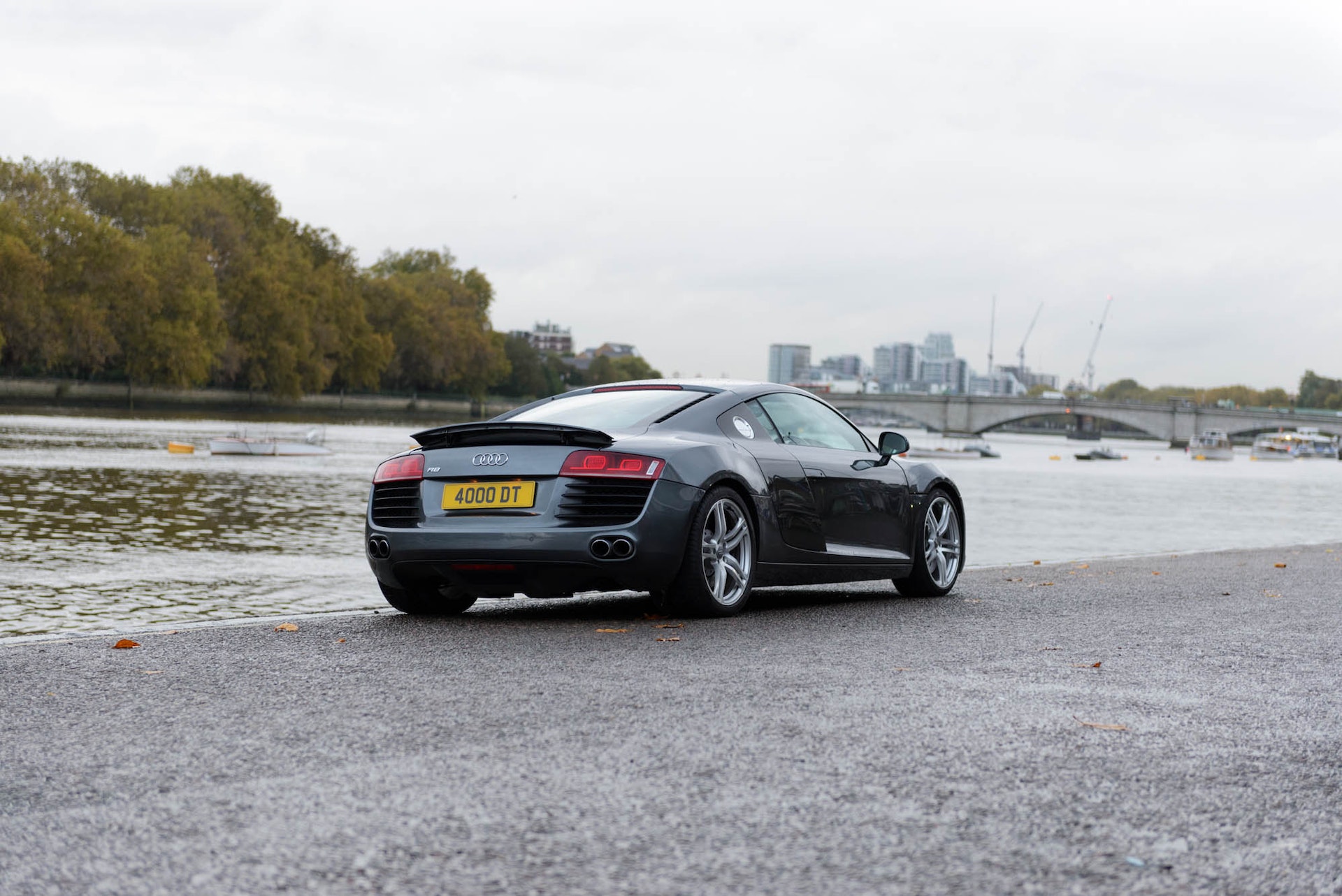 It sits on a set of silver 19-inch alloy wheels with five twin spokes. There are some small kerb marks on the front rims, but they are otherwise in superb condition. 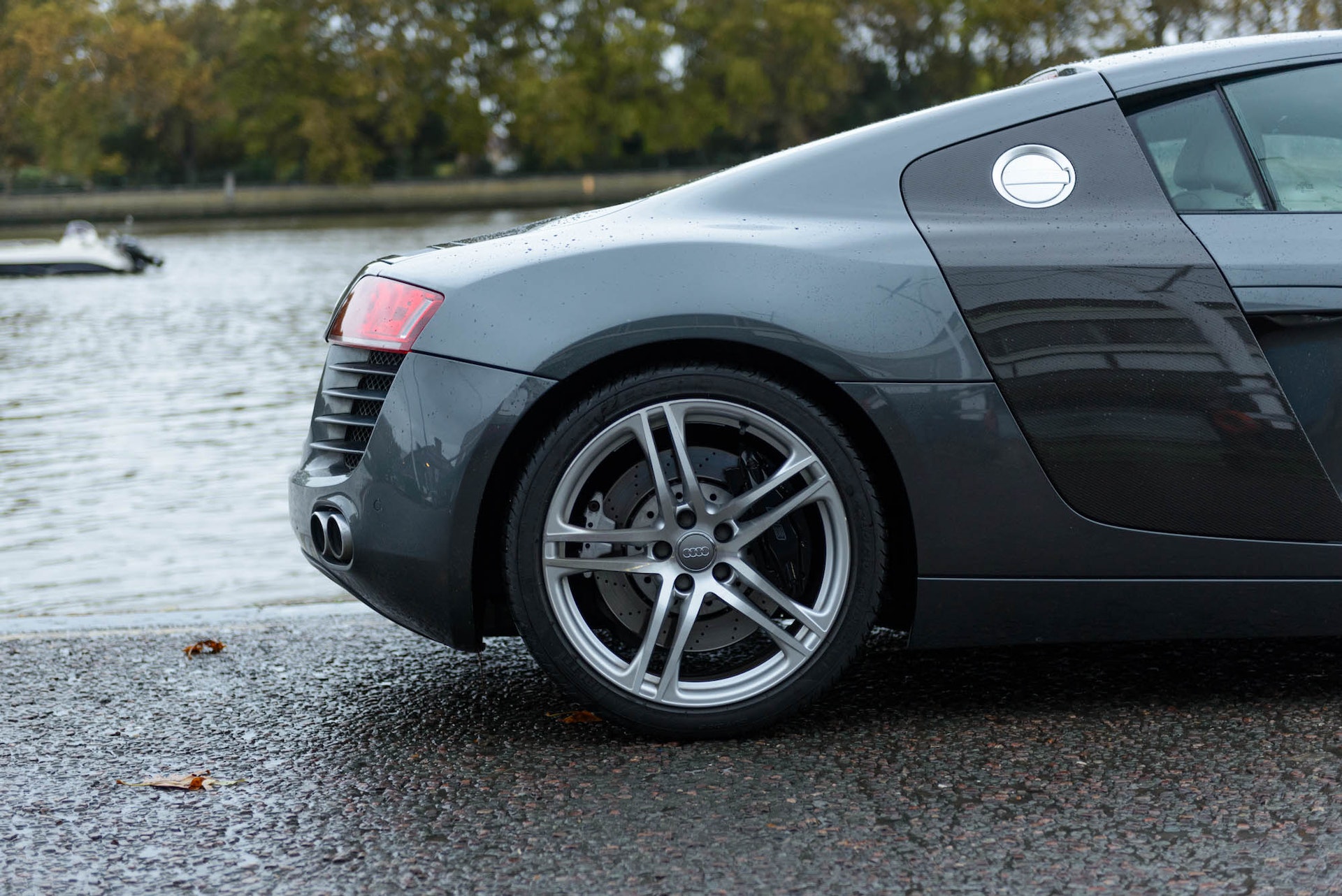 Stepping into the car reveals Pale Grey leather upholstery that is in great shape. The seats have evidently been well cleaned and cared for throughout the car’s life. Very minor discolouration is visible on the driver’s seat bolster, but there is no damage to the leather itself, and the rest of the trim looks pristine. 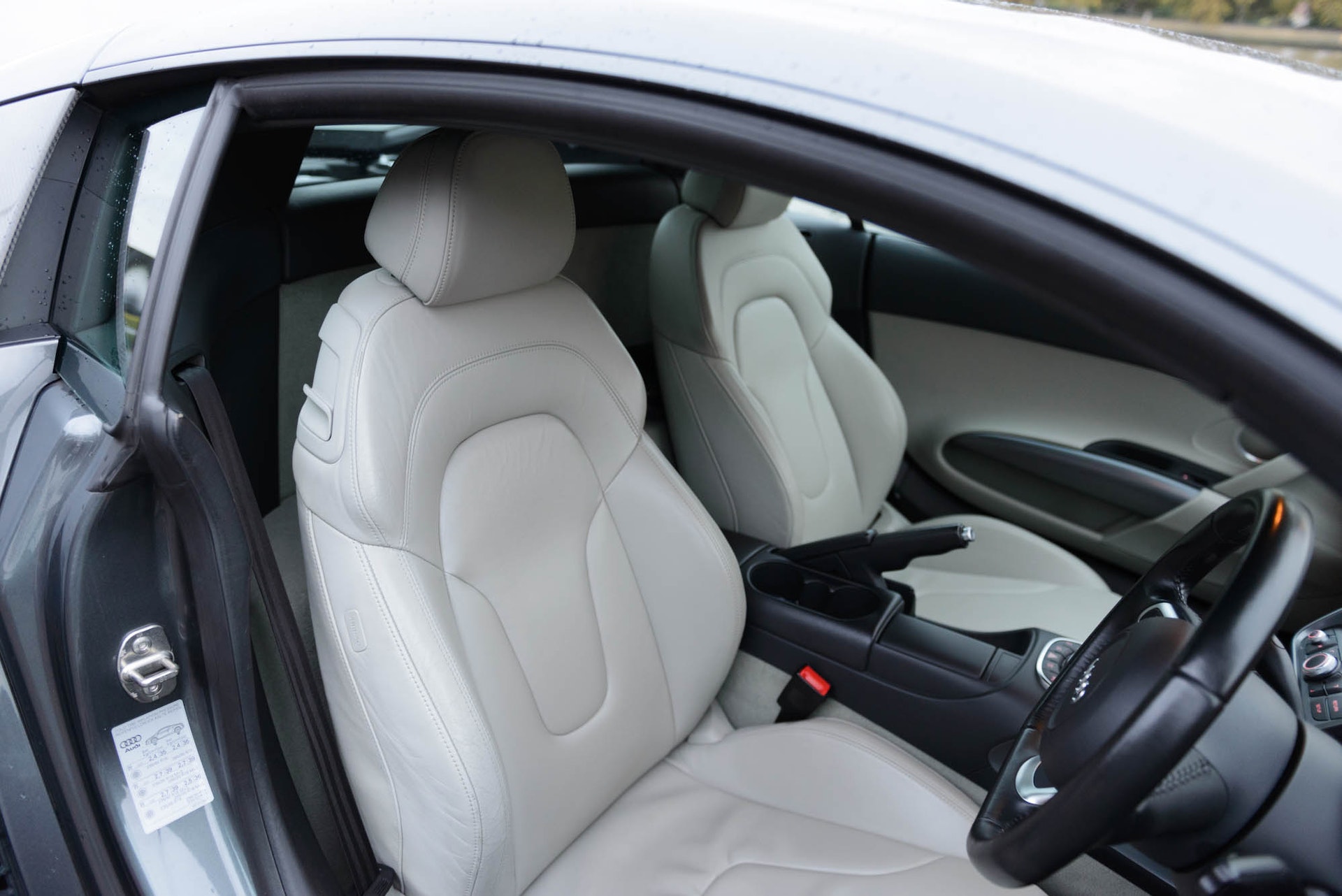 As is common with the manual versions of the R8, the knurled metal gear lever does show some superficial scratches from previous owners’ rings. At the front, the boot lining is in very good order, and the plastic surround is undamaged. 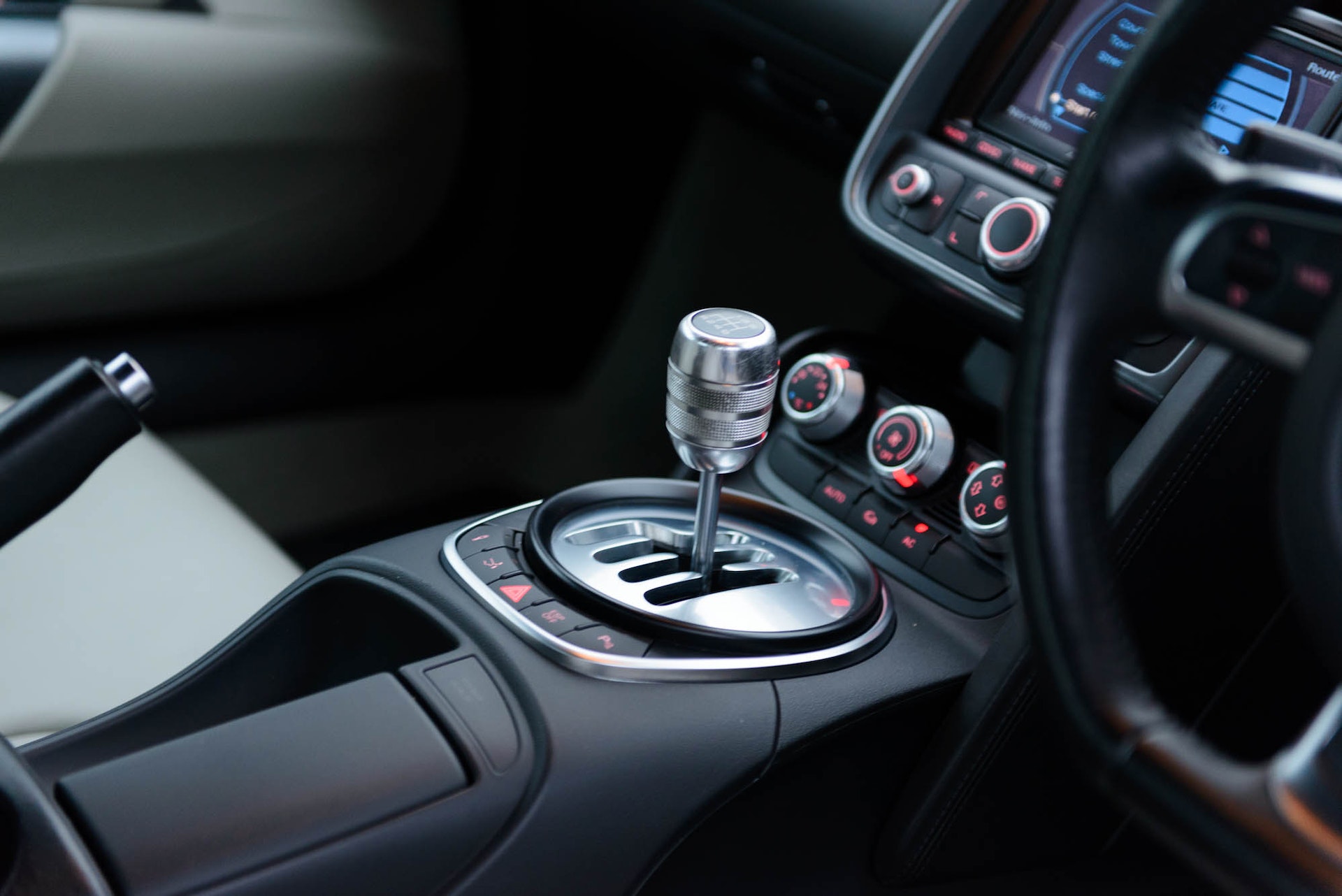 The car was last serviced at Epsom Audi on 29 October 2019, with a full oil change and filter replacement. It was seen by Walton Audi in July 2019, when it received an air-conditioning service, new front wiper blades and an oil top-up. 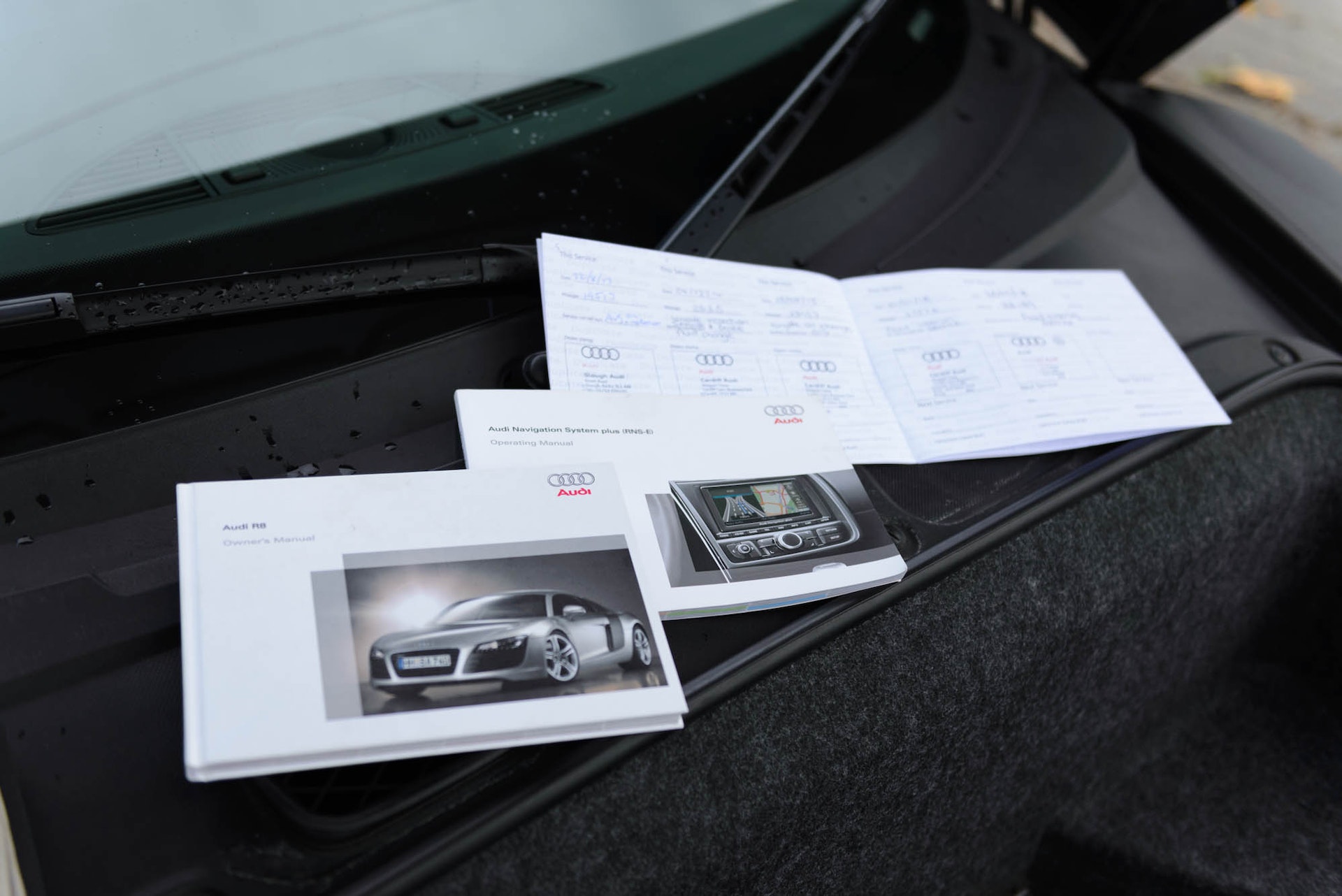 Prior to this it was also seen by Walton Audi in December 2018 at 33,189 miles - which included renewal of the brake fluid - and at Cardiff Audi in January 2018 at 27,576 miles. A full summary of the service history is included at the bottom of the listing. 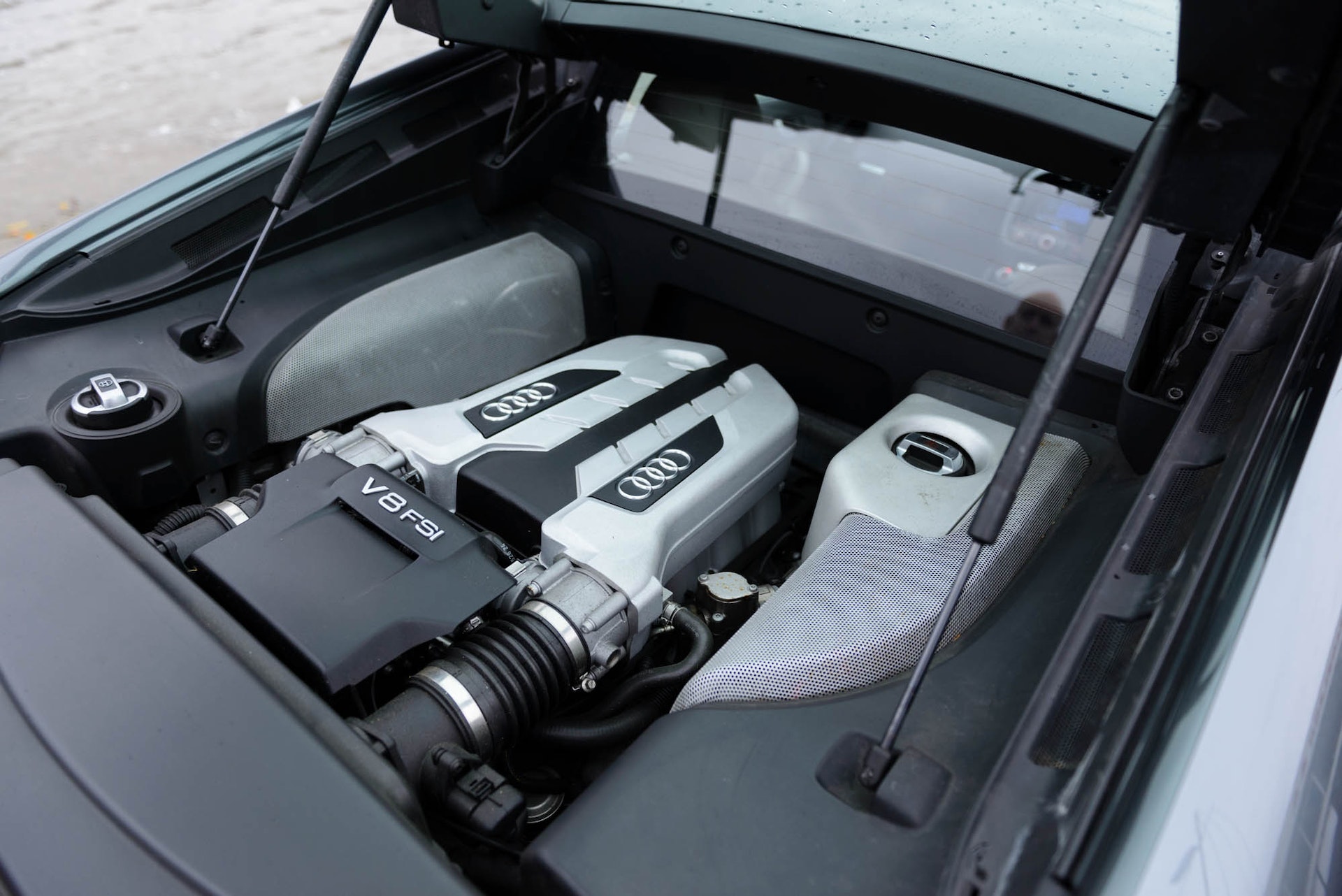 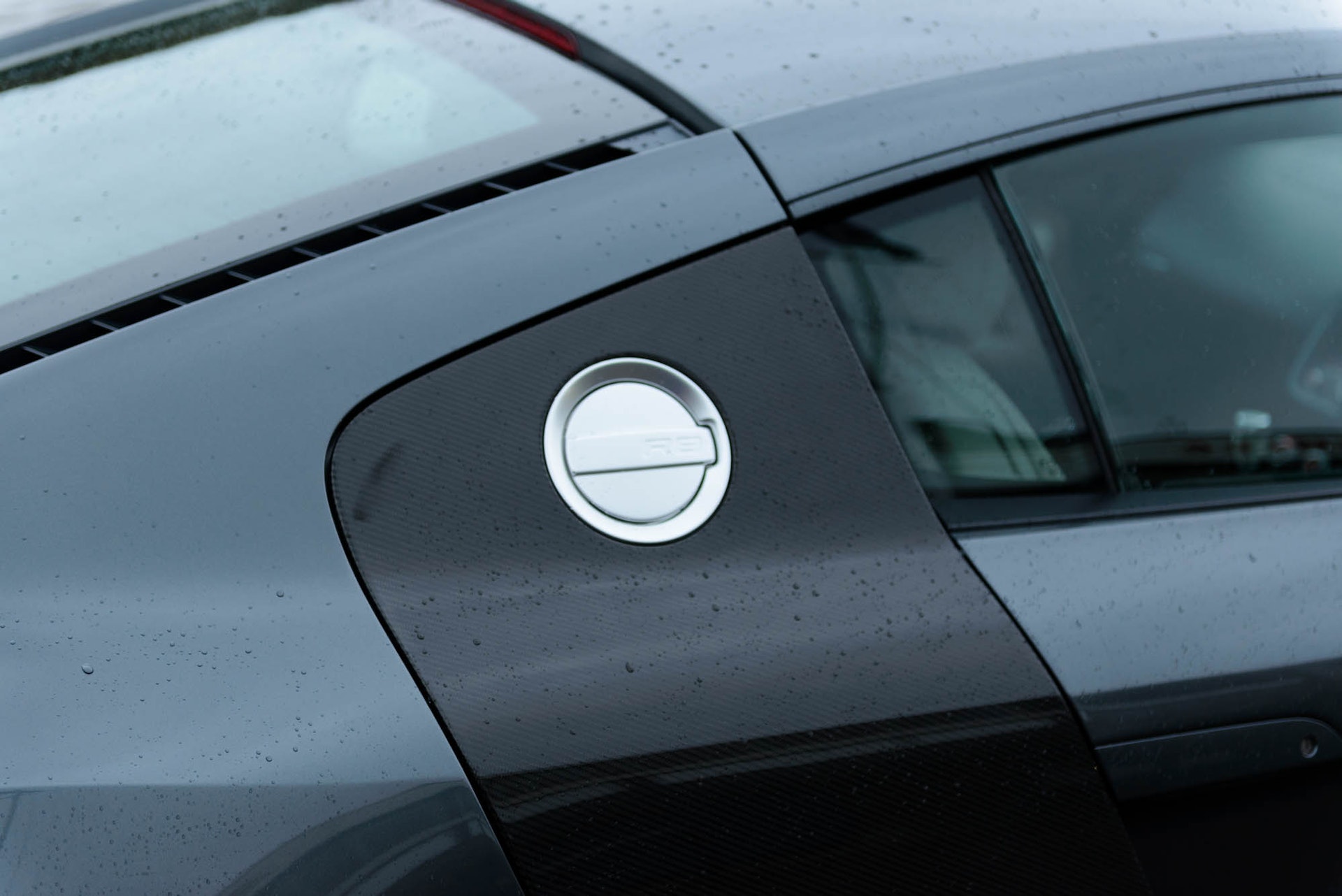 The car is accompanied by the original suede book pouch, including the owner’s manual, sat-nav user guide and the stamped service record. Two keys are also present. 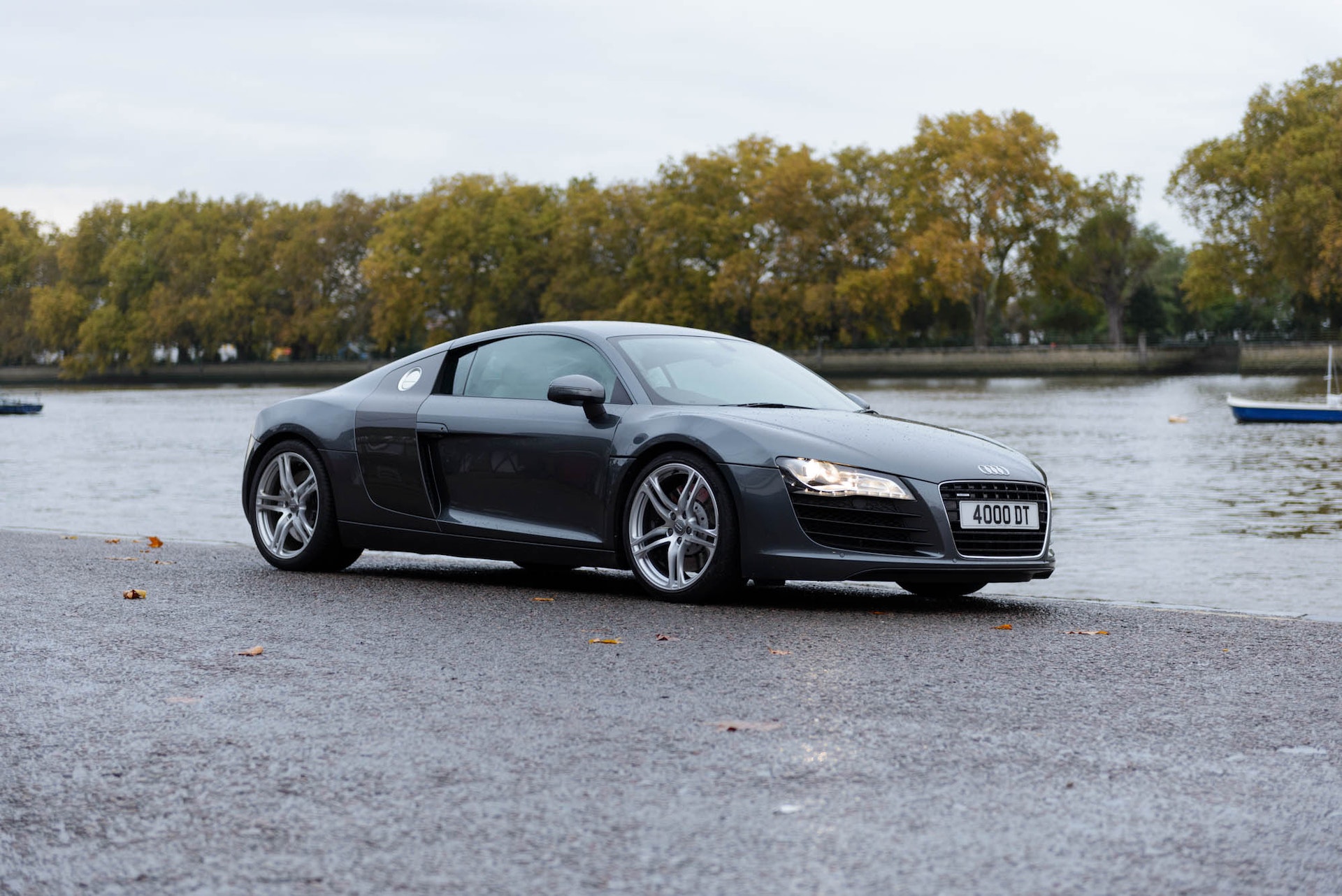 This Audi R8 is an original, unmodified example of one of the definitive 21st century ‘everyman’ performance cars. With the 4.2-litre V8 engine and six-speed manual gearbox, it is arguably the most appealing blend of affordability and collectability from the model line. The fact that this particular car also boasts a very high factory specification and a well-documented service history means it is an opportunity not to be missed.