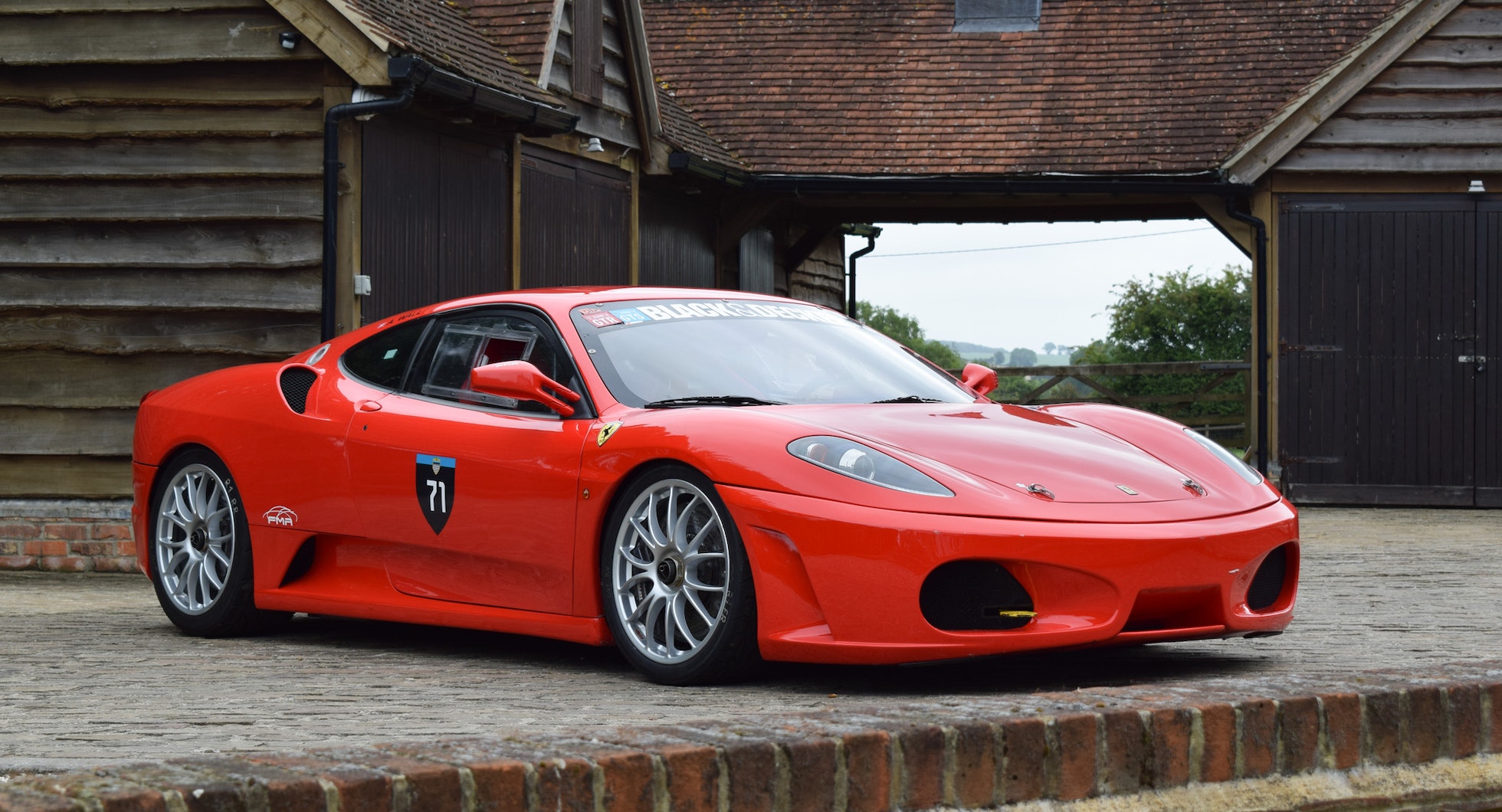 This 2007 Ferrari F430 Challenge is a beautiful example of an exhilarating race car built to take part in the Ferrari Challenge motorsport championship. The F430 Challenge has the same look as the road-going berlinetta and the same 490hp 4.3-litre V8 engine, driven through its semi-automatic gearbox. However, a large number of track-oriented modifications and new features never before seen in the series were integrated into this Challenge model. 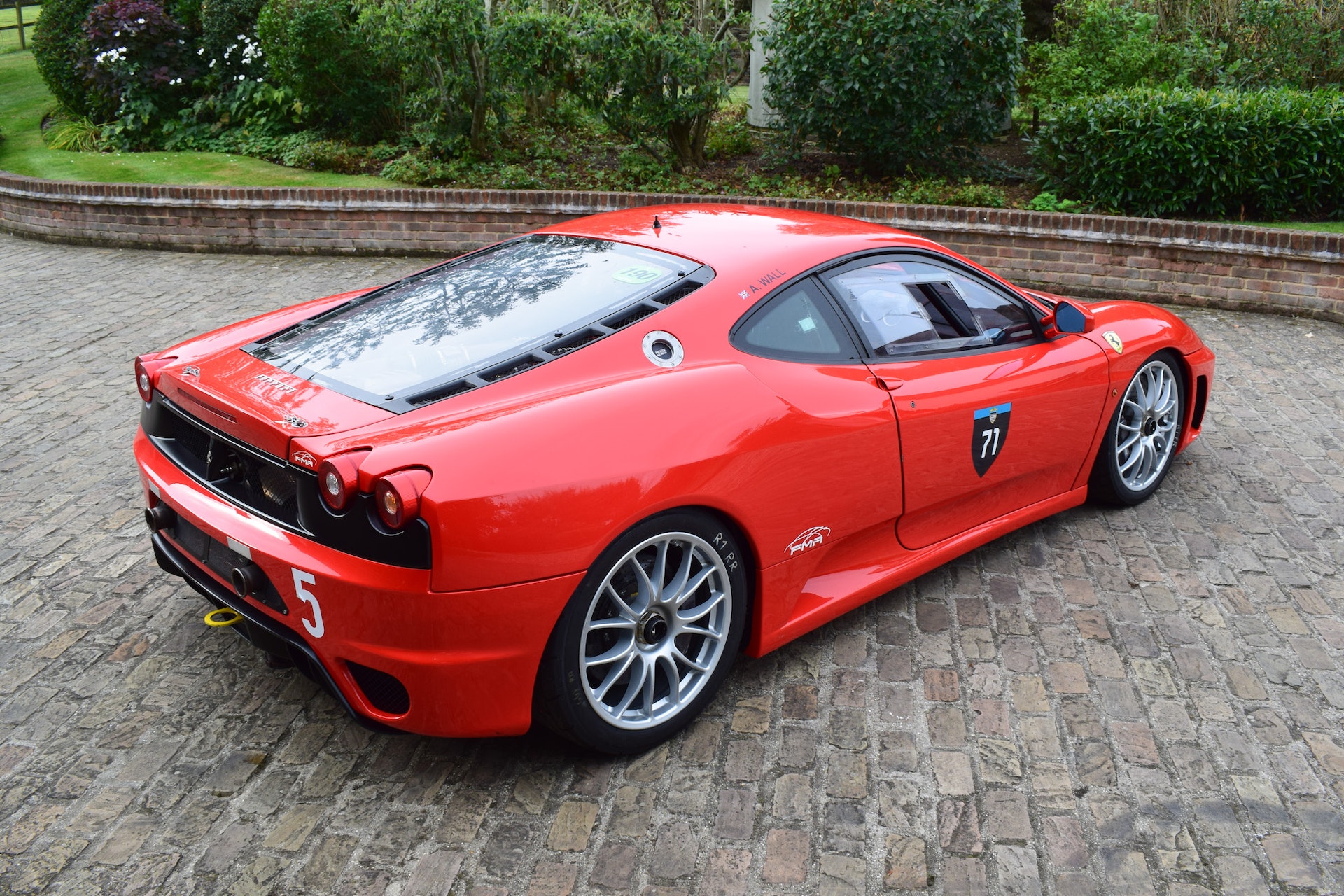 Specified as a left-hand-drive example in Rosso Scuderia with a Sabelt XL seat, the car was sold new to authorised dealer F.M.A. NV in Belgium and delivered on 7 March 2006. From 2006 to 2007, it was campaigned lightly in the Ferrari Challenge by F.M.A. NV and run by Charles Pozzi. Each entrant was dealer-supported as an ‘Arrive and Drive’ package, to ensure that maintenance and overhaul was guaranteed. 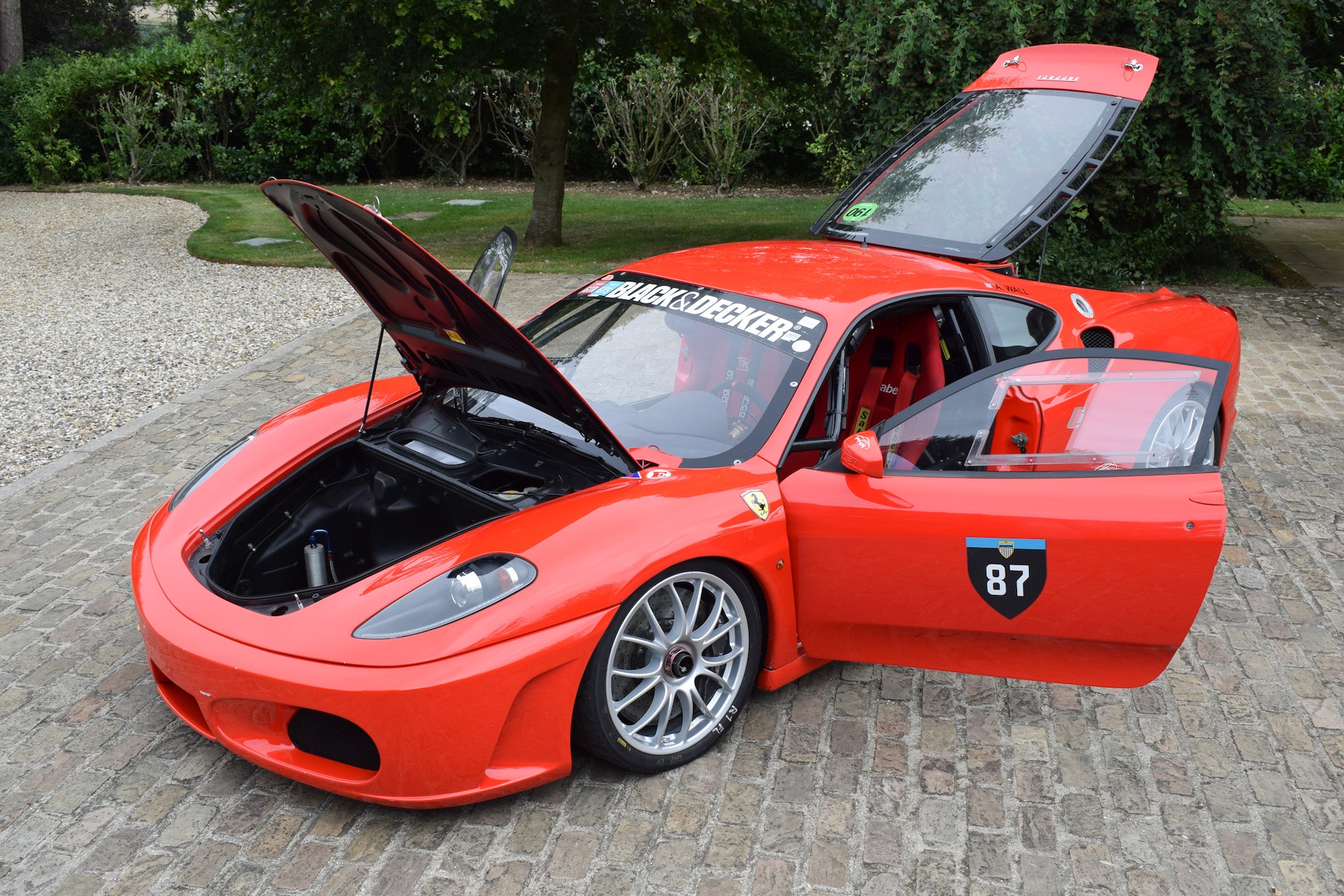 After this short stint in the Ferrari Challenge series, the car was used as a client experience car by F.M.A. NV. In 2011, the F430 then joined the dealer principal’s personal collection of race cars. 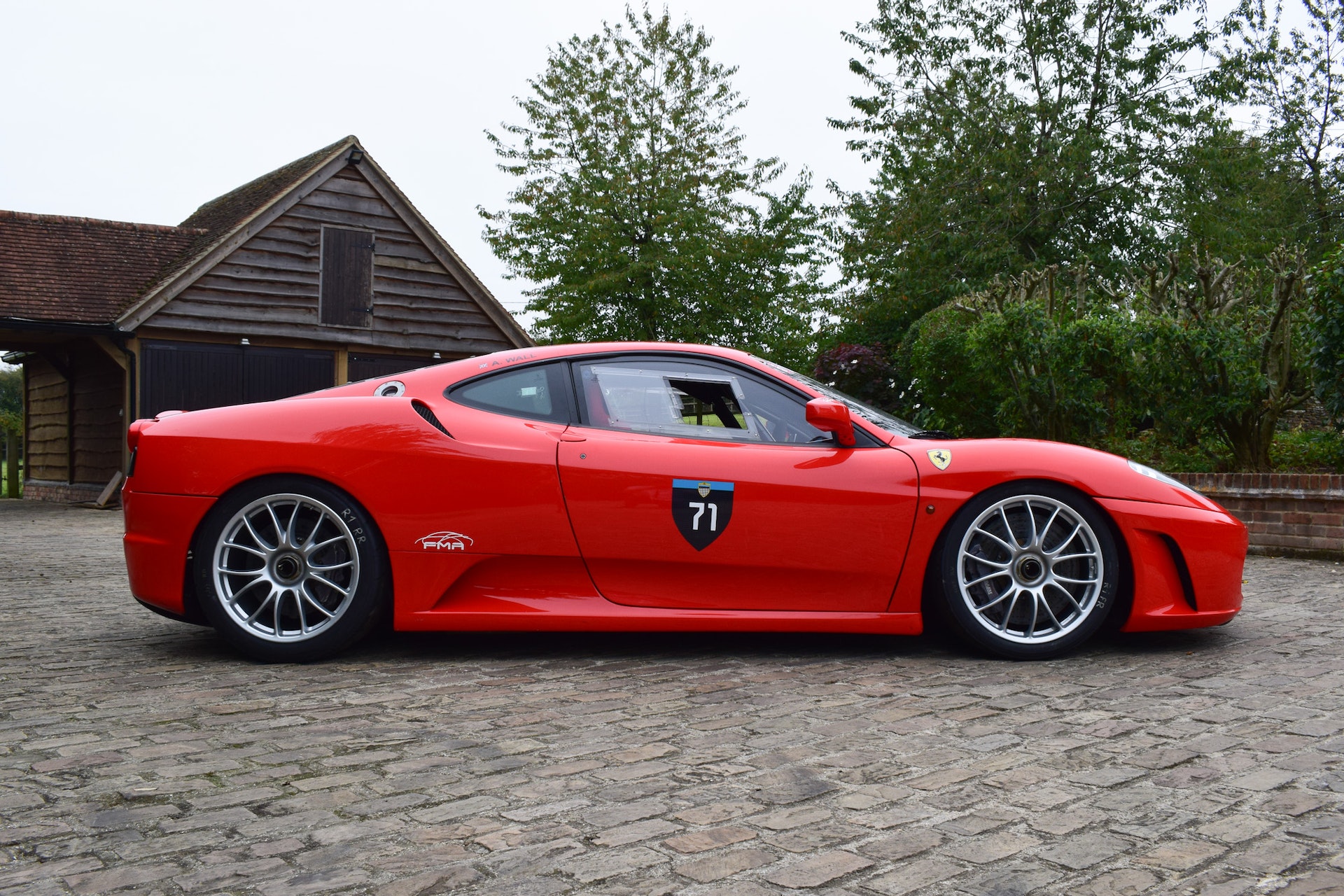 In late 2014, the car was re-commissioned and prepared for sale by F.M.A., from whom the vendor purchased the Ferrari. Between 2015 and 2019, it was used as a private track-day car and saw action in both continental Europe and the UK. For the first 12 months, the car was run and supported by F.M.A., until it arrived back in the UK in late 2016. Even though the car is privately owned and taxes paid in the UK, it is still a race car and cannot be used on the road. 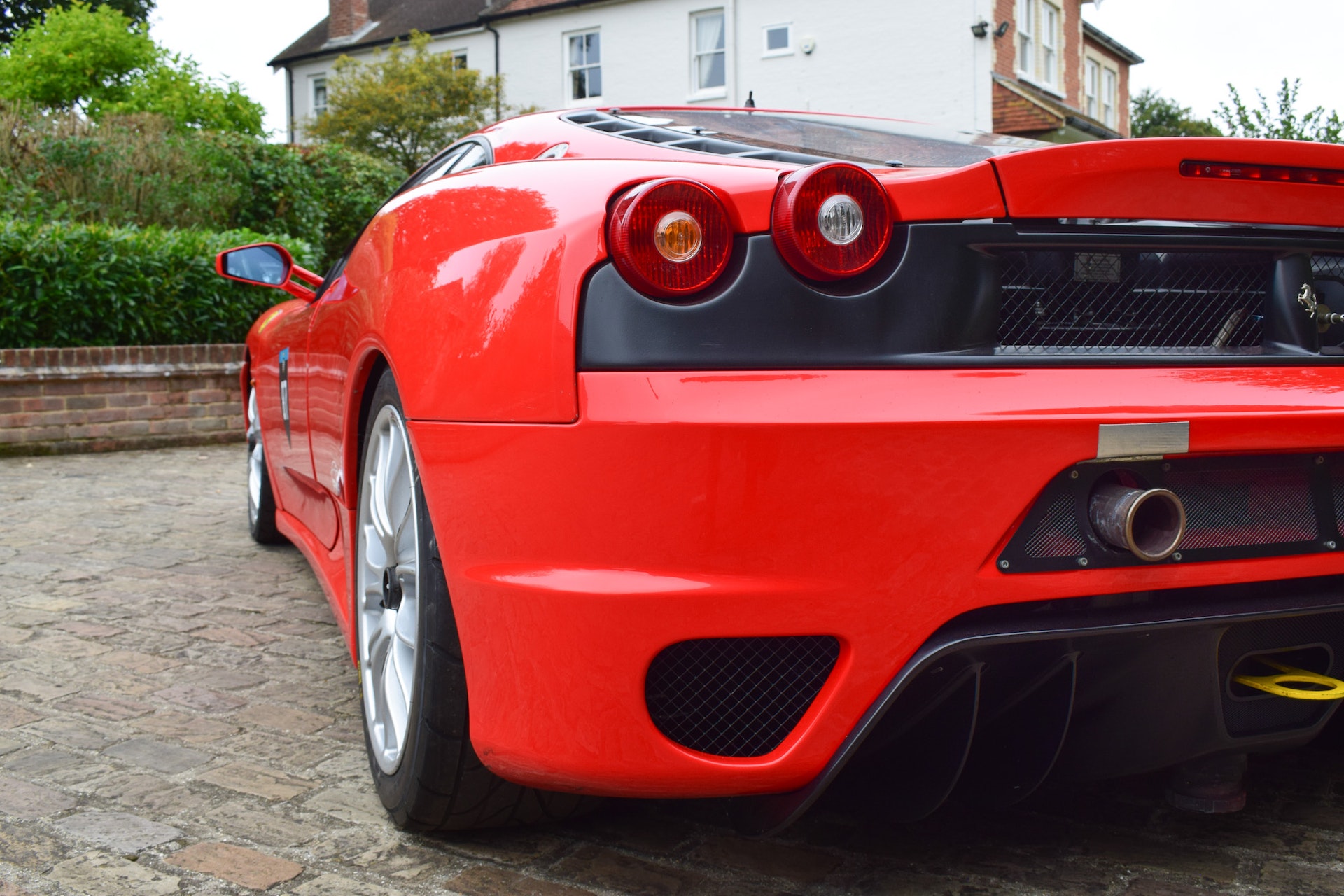 As the F430 Challenge model was specifically designed to meet the expectations of Ferrari’s track-going clients, the car features a Lexan windscreen and carbon fibre in the air intake cover to decrease its weight to 1,225kg — around 125kg lighter than the road-going coupe. Factory modifications were made to the torsion bars, the stiffness of the springs, and the calibration of the dampers for competition use. 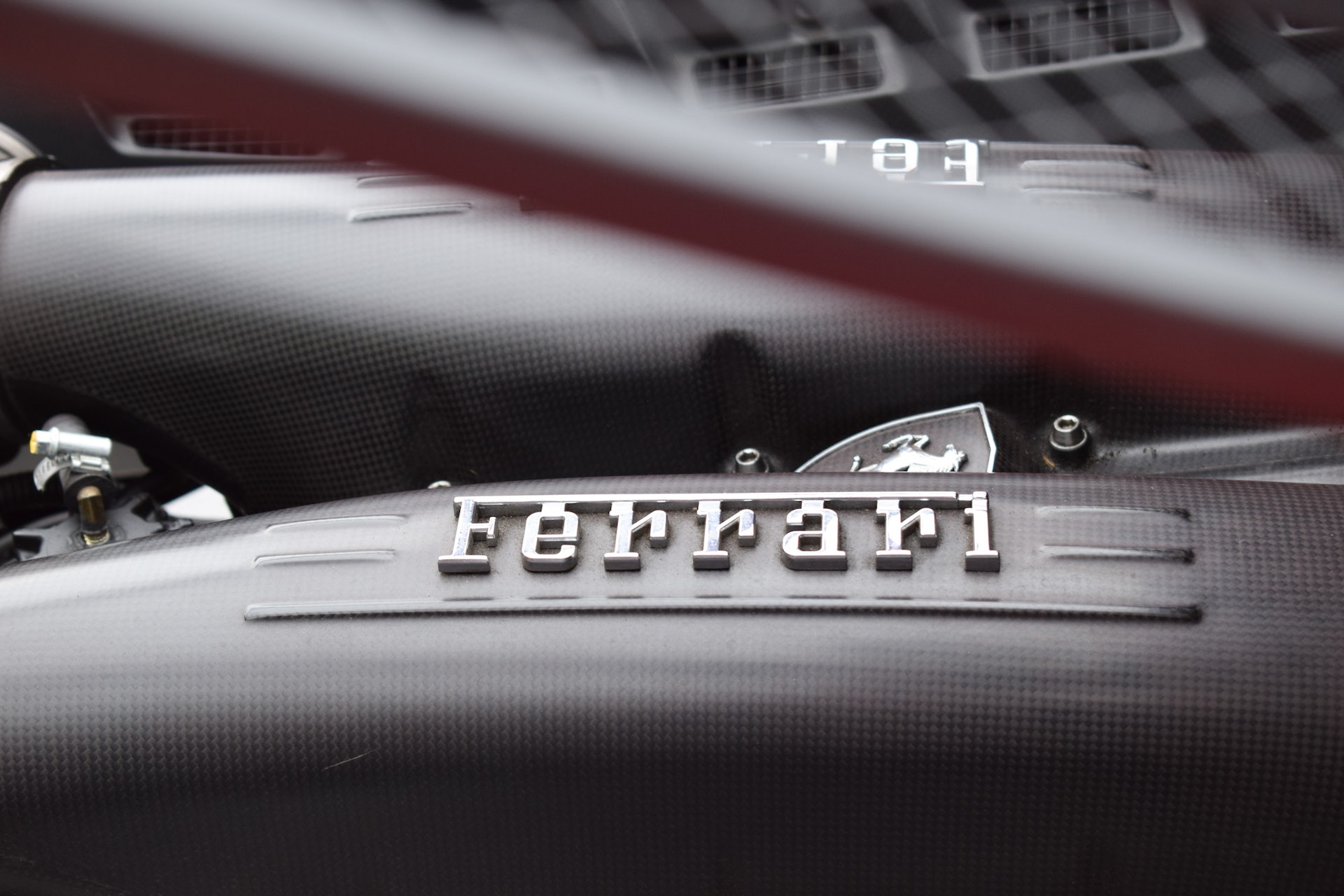 The F1 gear change has electronic actuation, and to improve engine performance, the factory changed the gear ratios for fifth and sixth gear from the road version, as it also did for the final drive. An ultra-light exhaust system was installed, and the ducts around the body were modified to improve air flow. 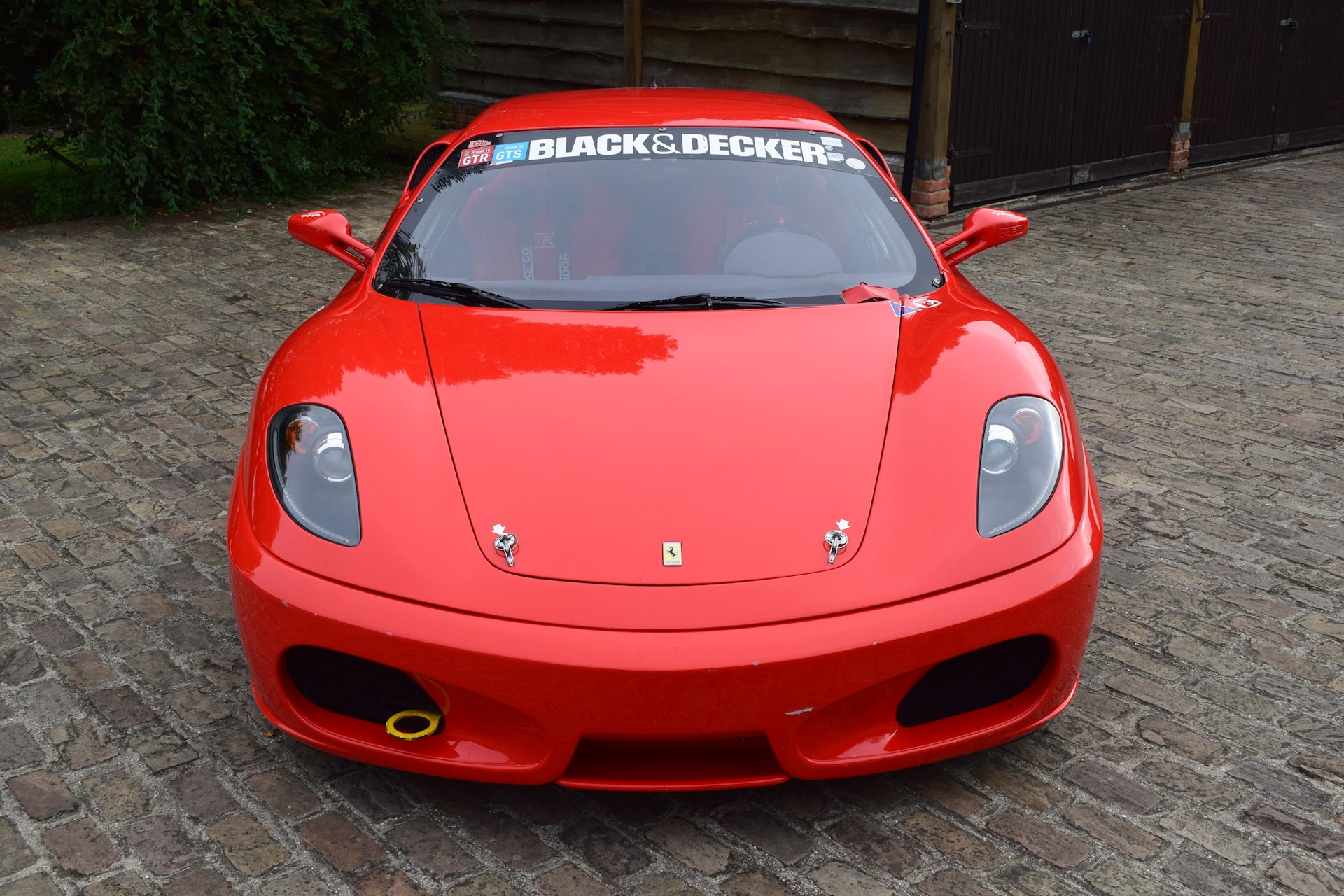 The paintwork is in the original factory colour of Rosso Scuderia (code 323) and is described as being in good condition. It even still wears its original European title sponsor logo (Black & Decker) across the top of its windscreen. Having been used spiritedly around the track, there are some stone chips on the nose, side mirrors, headlamps, sills, and to the black finish on the air intakes. While the sills have been paint-corrected, there is evidence of rubber and debris still on the body from its last race. There is some delamination around the engine cover, and a small hairline crack in the offside window plastic around one of the fixings. 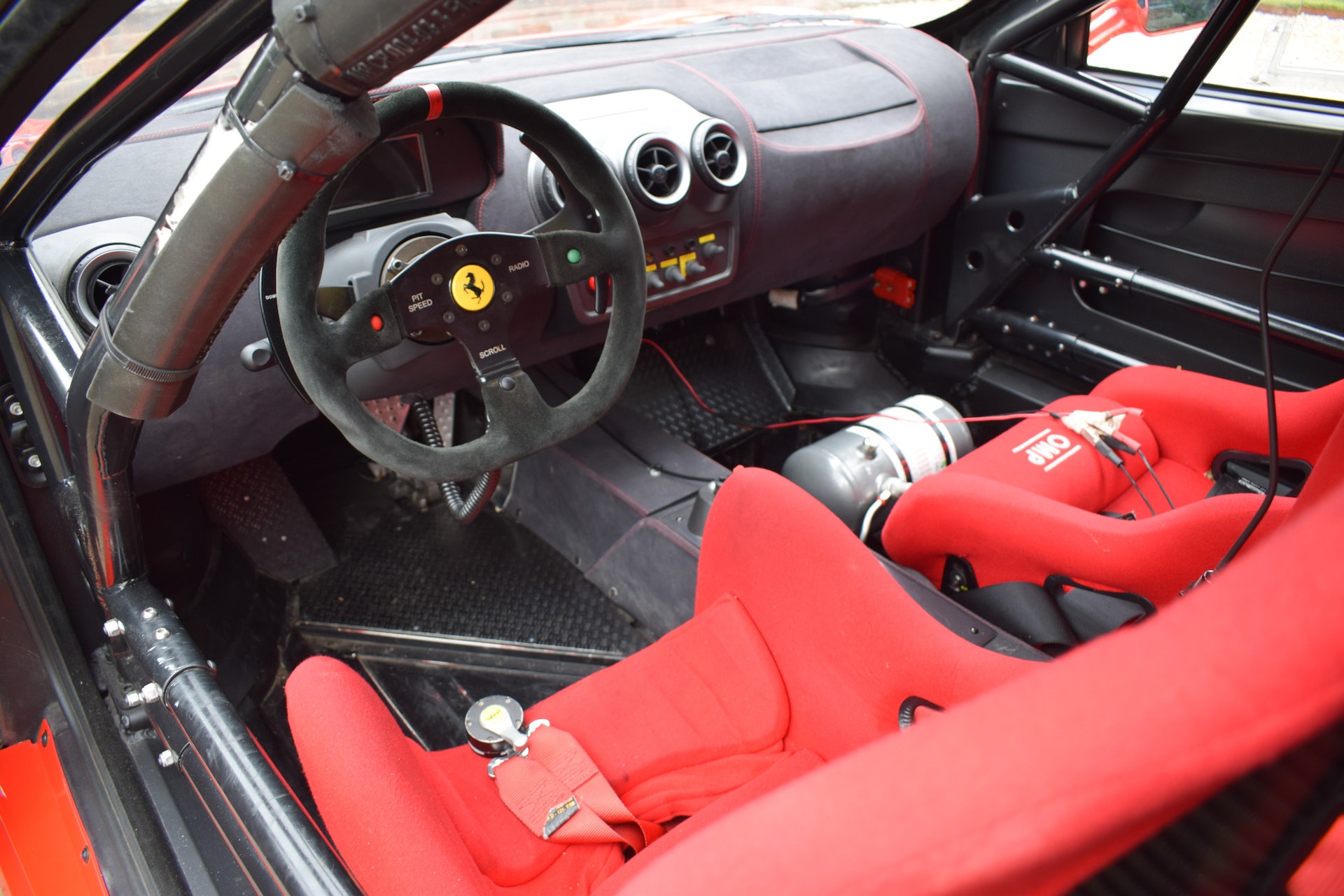 The cockpit features a full roll cage, racing seats and four-point safety harnesses. There is a colour digital display on the dash and a quick release steering wheel to aid entry and exit, which is fitted with buttons for radio communication and a pit lane speed limiter. There is also a telemetry system, which allows drivers and engineers to study every lap in minute detail. 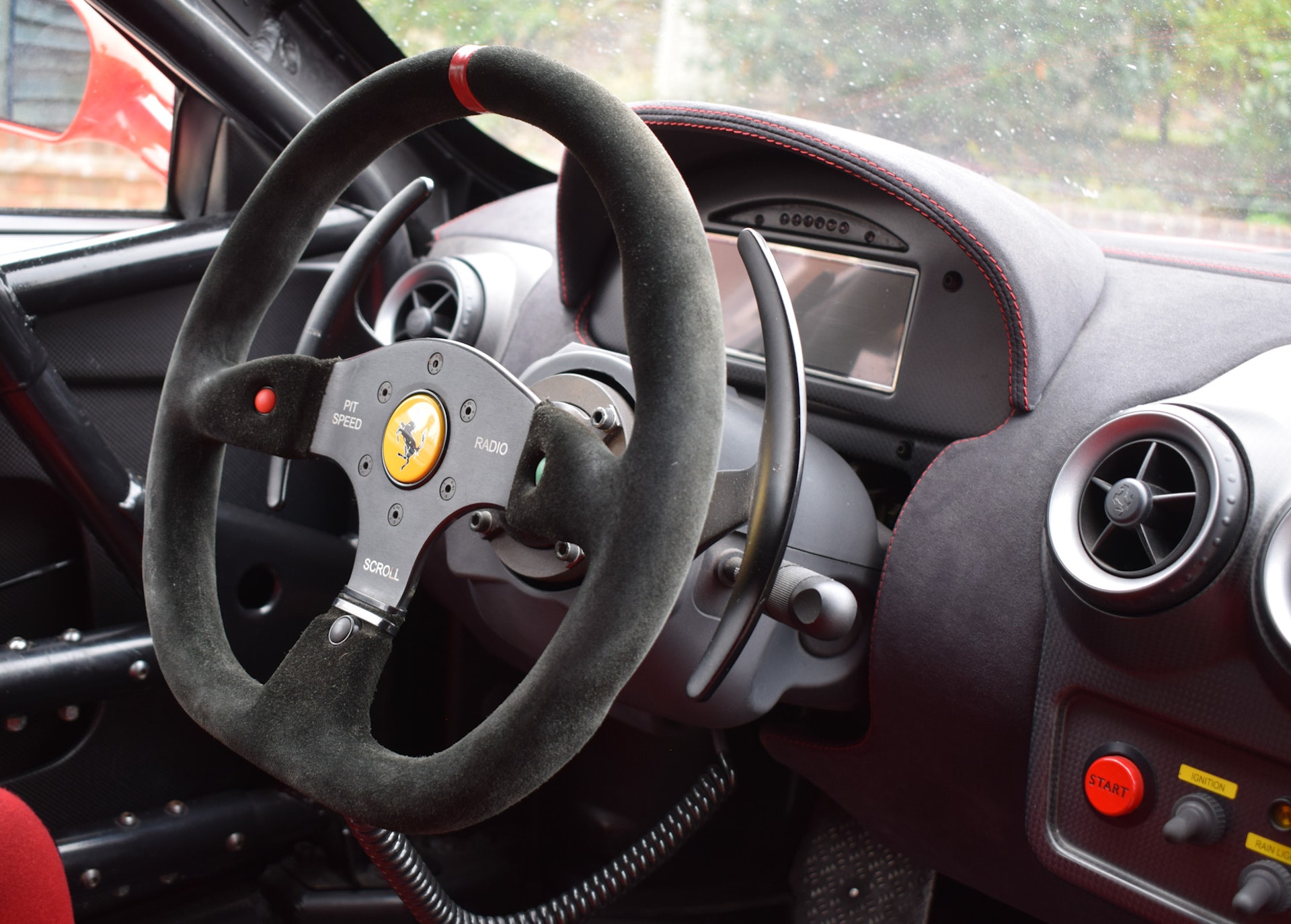 The interior is described as being in fair condition — this is a properly used race car after all — with markings on the seats, scrapes on the roll bar, markings on the carbon fibre door cards, and a worn Alcantara-trimmed steering wheel. 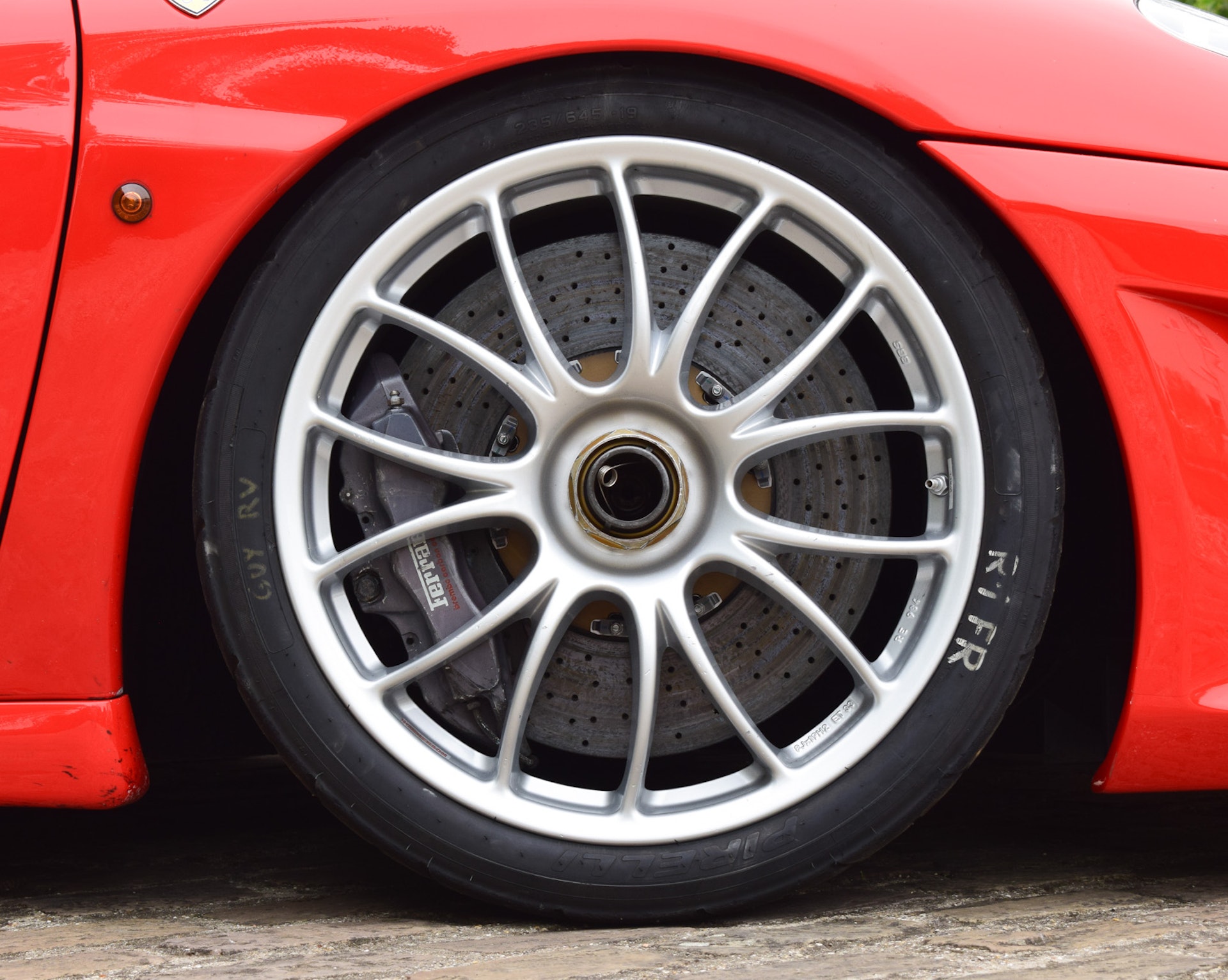 The car wears the correct 19-inch centre-lock BBS lightweight alloy wheels, shod in Pirelli slick tyres (one new set for competition use only). A total of 12 wheels will come with the car. The car runs on its Brembo carbon-ceramic disc brakes, which were renewed in August 2018. 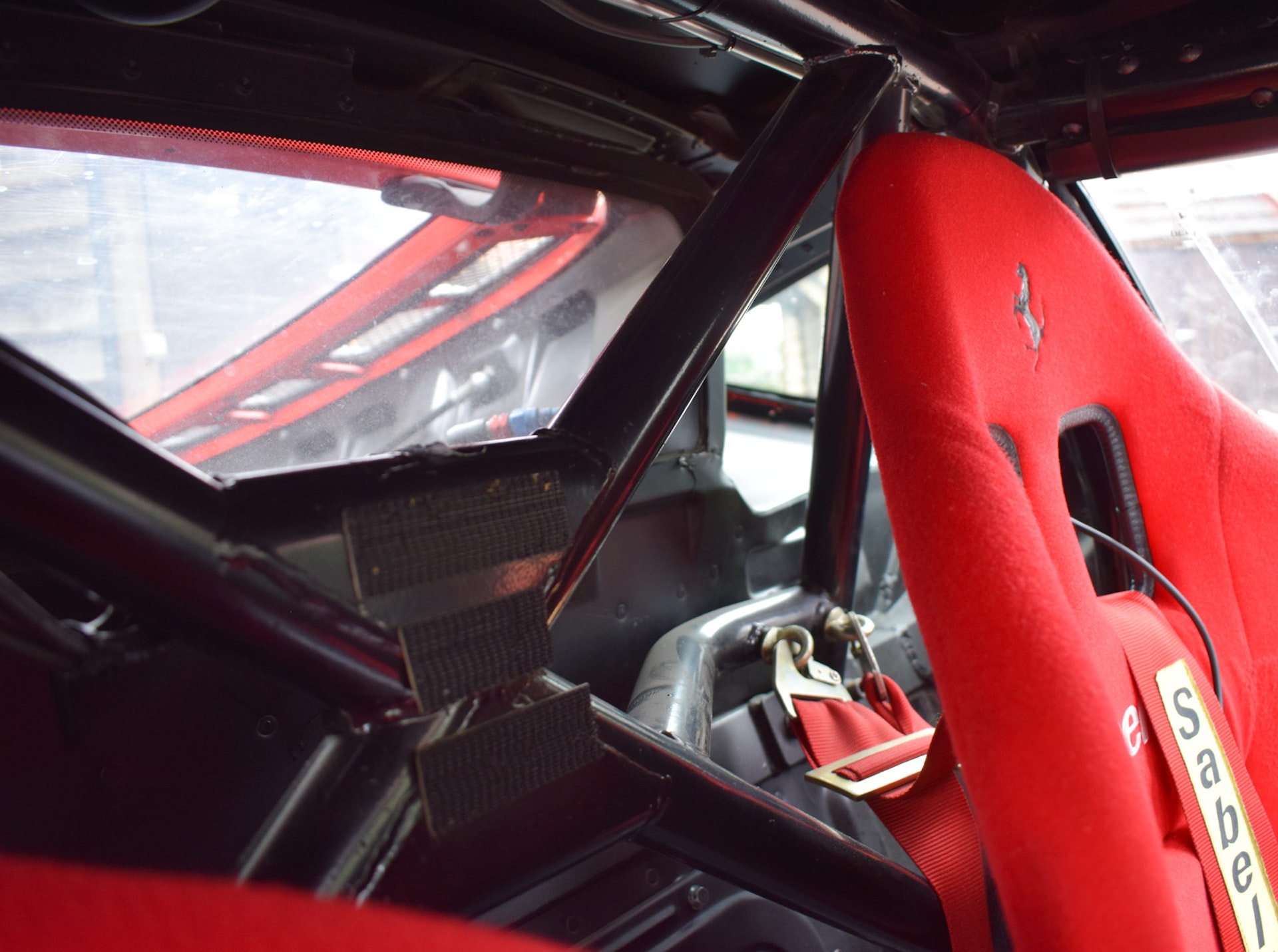 As this is a race car, the structural and mechanical health of it is of the upmost importance, and the chassis, suspension and engine are all in excellent condition. Over the vendor’s ownership, a continuous maintenance and improvement plan has been implemented to ensure the car is both reliable and conforms to the vision that Ferrari intended for its Challenge series cars. 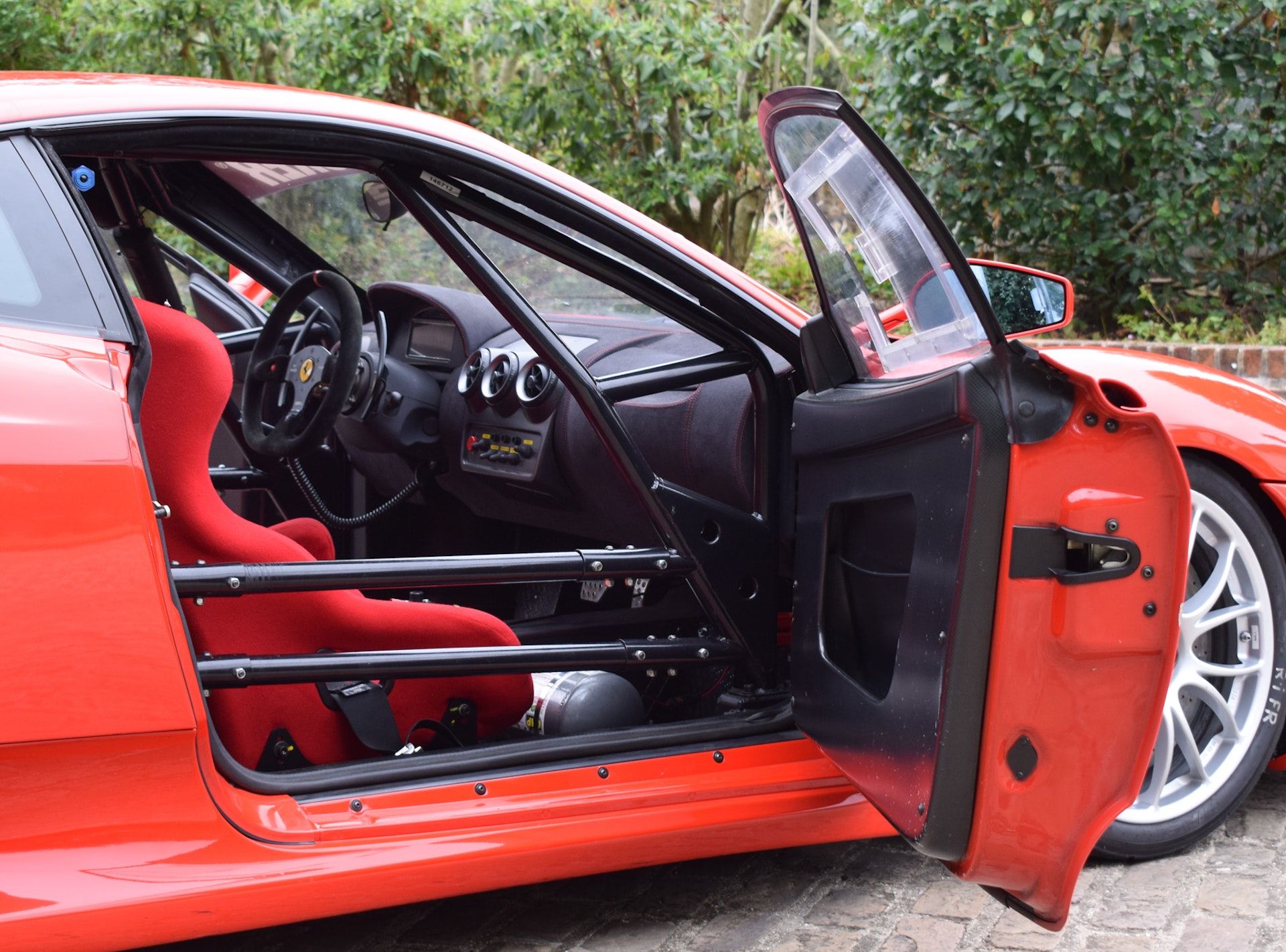 A breakdown of this maintenance plan is as follows:

The car was last serviced and checked after its final outing 10 months ago. The vendor has agreed to have it checked over again at his own cost by his race mechanic prior to handing it over to the next owner. 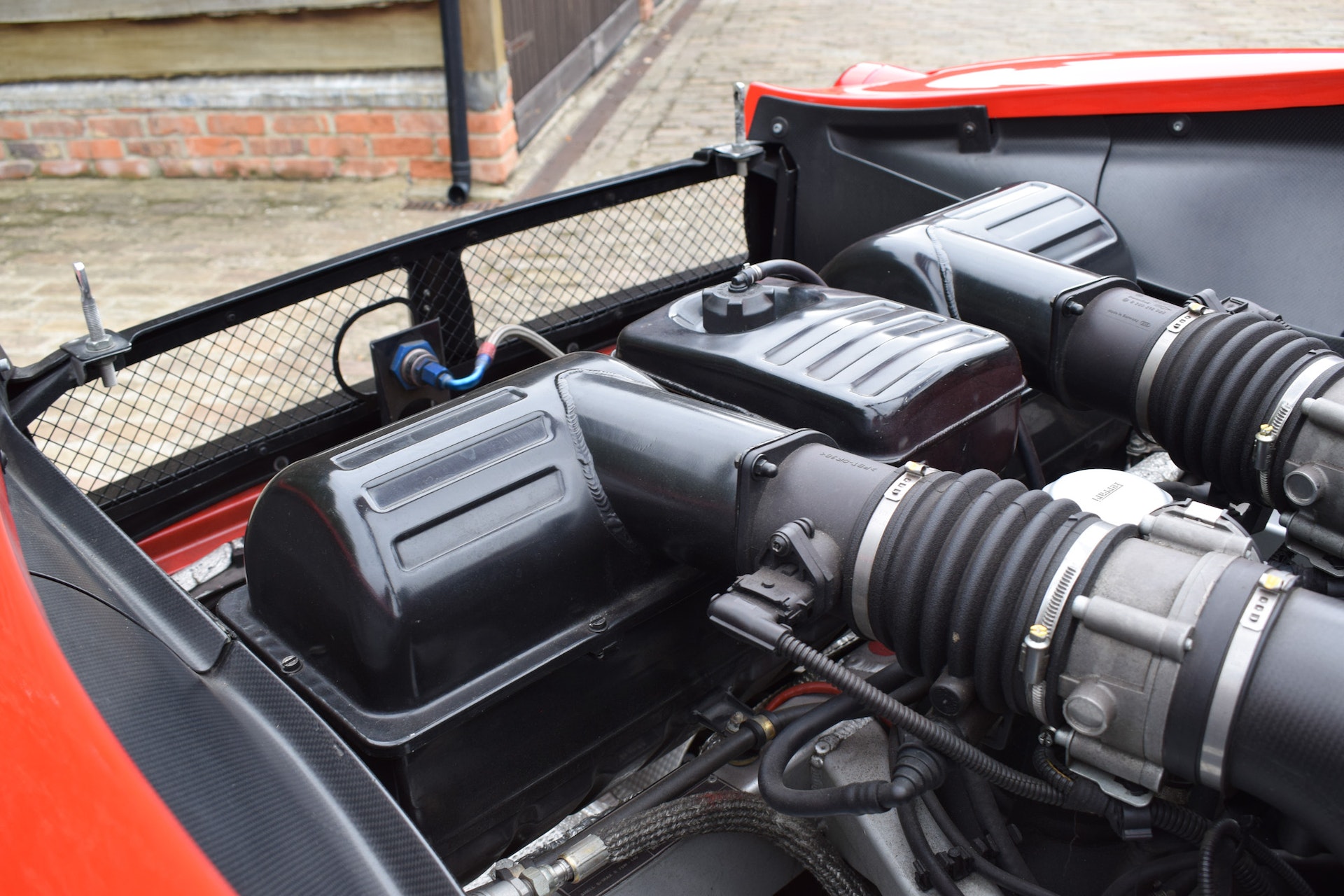 Authenticity and originality have been high priorities to the vendor during his ownership, so a sympathetic mechanical restoration, including a suspension and brake rebuild, has been ongoing to ensure the car performs and drives just how Ferrari intended. 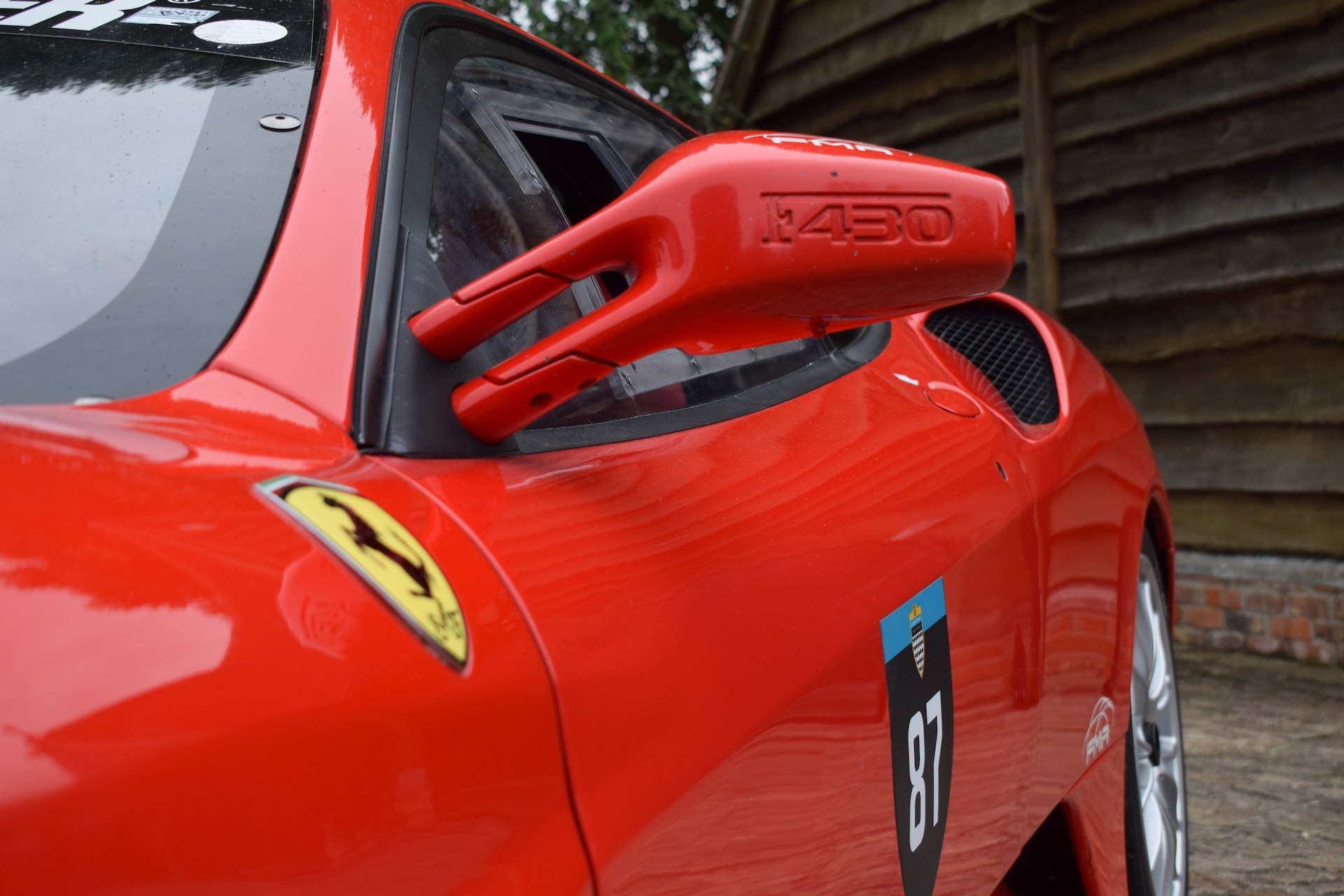 The vendor has kept all of the paperwork relating to the car during his ownership, documenting all the consumables needed to keep up the maintenance and performance of the car. 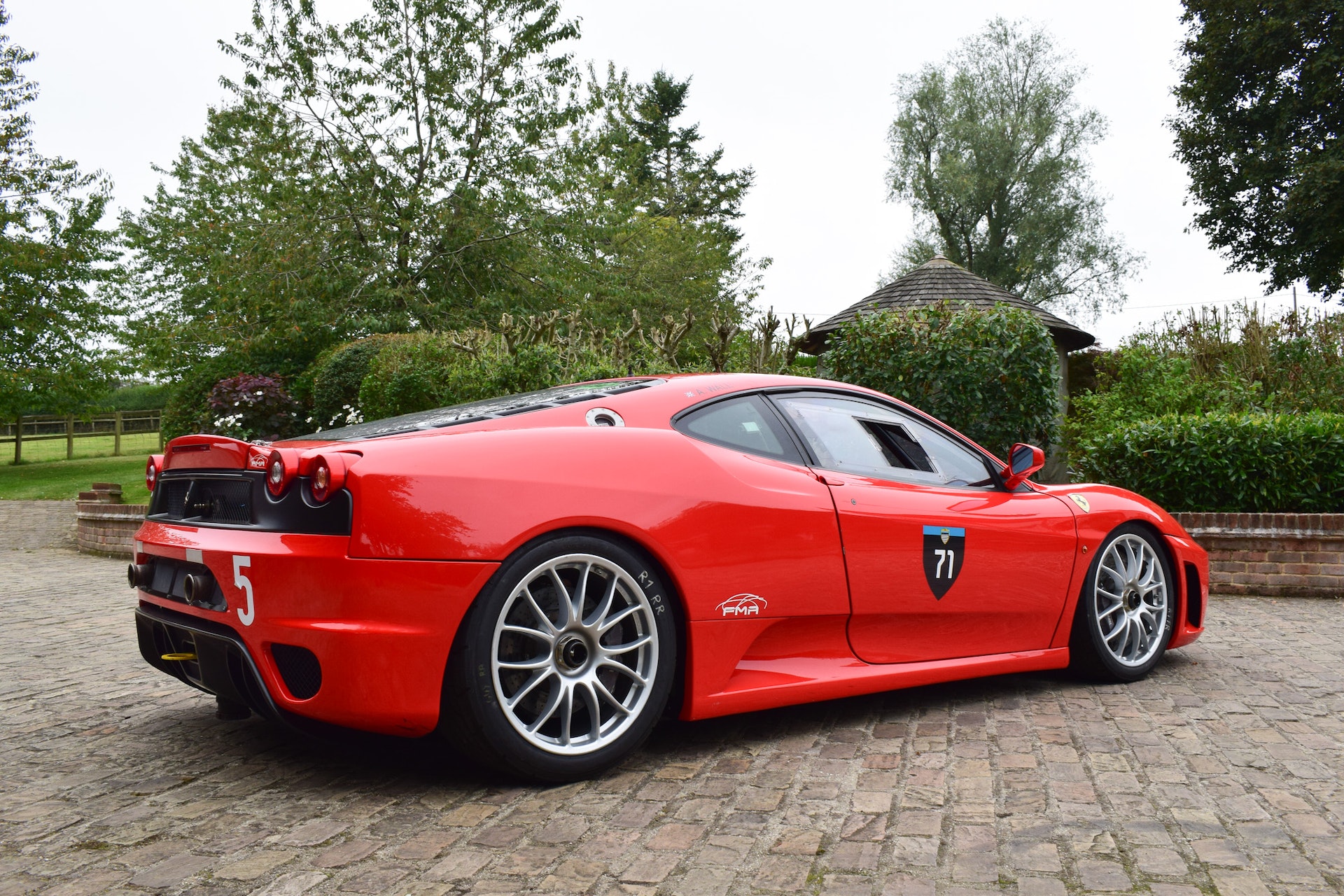 This F430 Challenge is a terrific, original example of the race series model and — in the vendor’s own words — “the car wants for nothing and is ready to go”. If you’re looking for an exotic track car that has power in spades and is sure to bring plenty of smiles per exhilarating miles, this Ferrari is definitely one that ticks all the boxes.