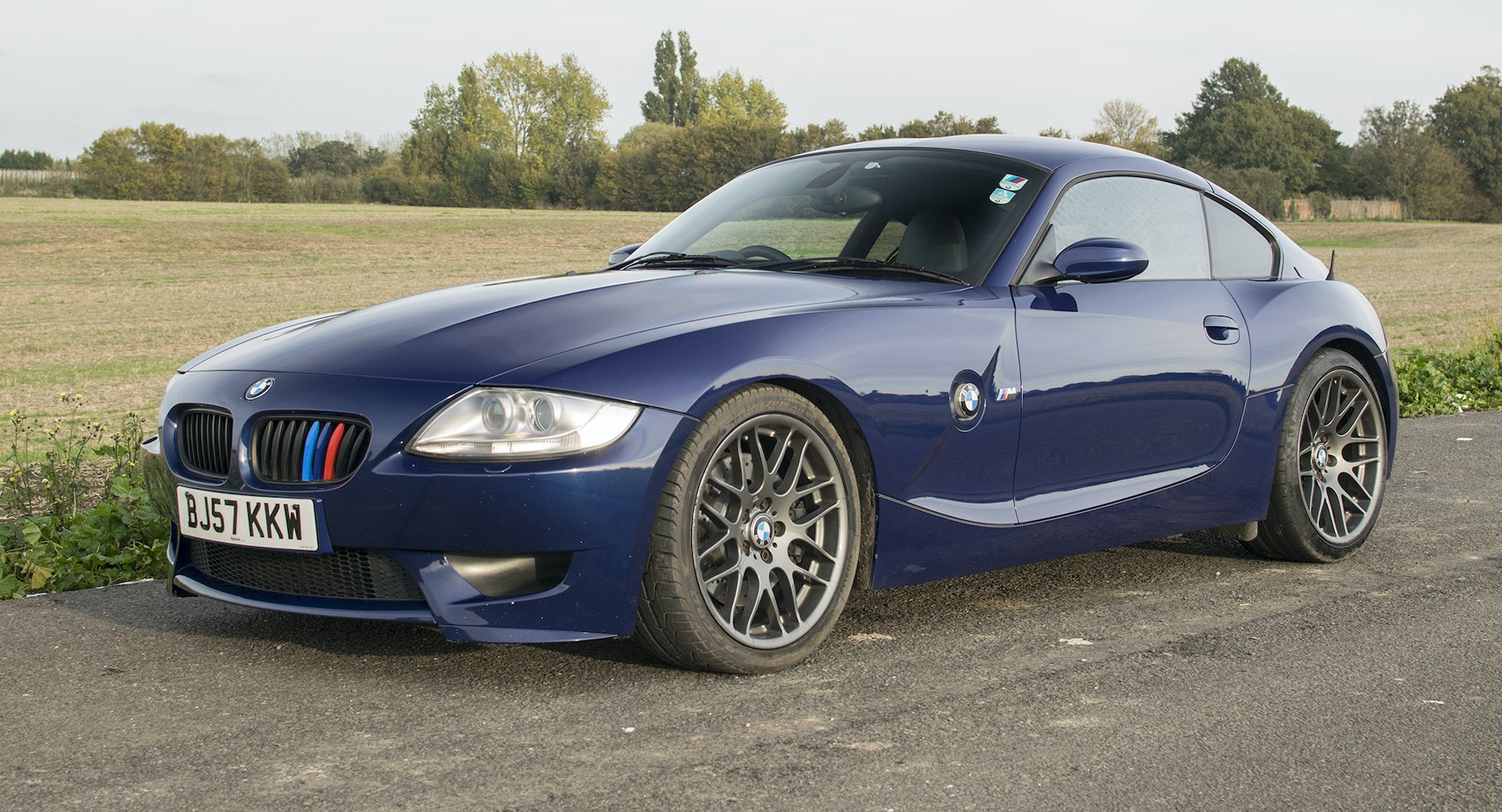 This 2007 BMW Z4 M Coupe is an exciting yet practical sports coupe, which boasts superb service history and a terrific factory colour scheme. Power comes from the 338bhp 3.2-litre straight-six S54 engine, which is driven through the rear wheels via a six-speed manual transmission. The odometer indicates 91,435 miles from new, which is fully documented. 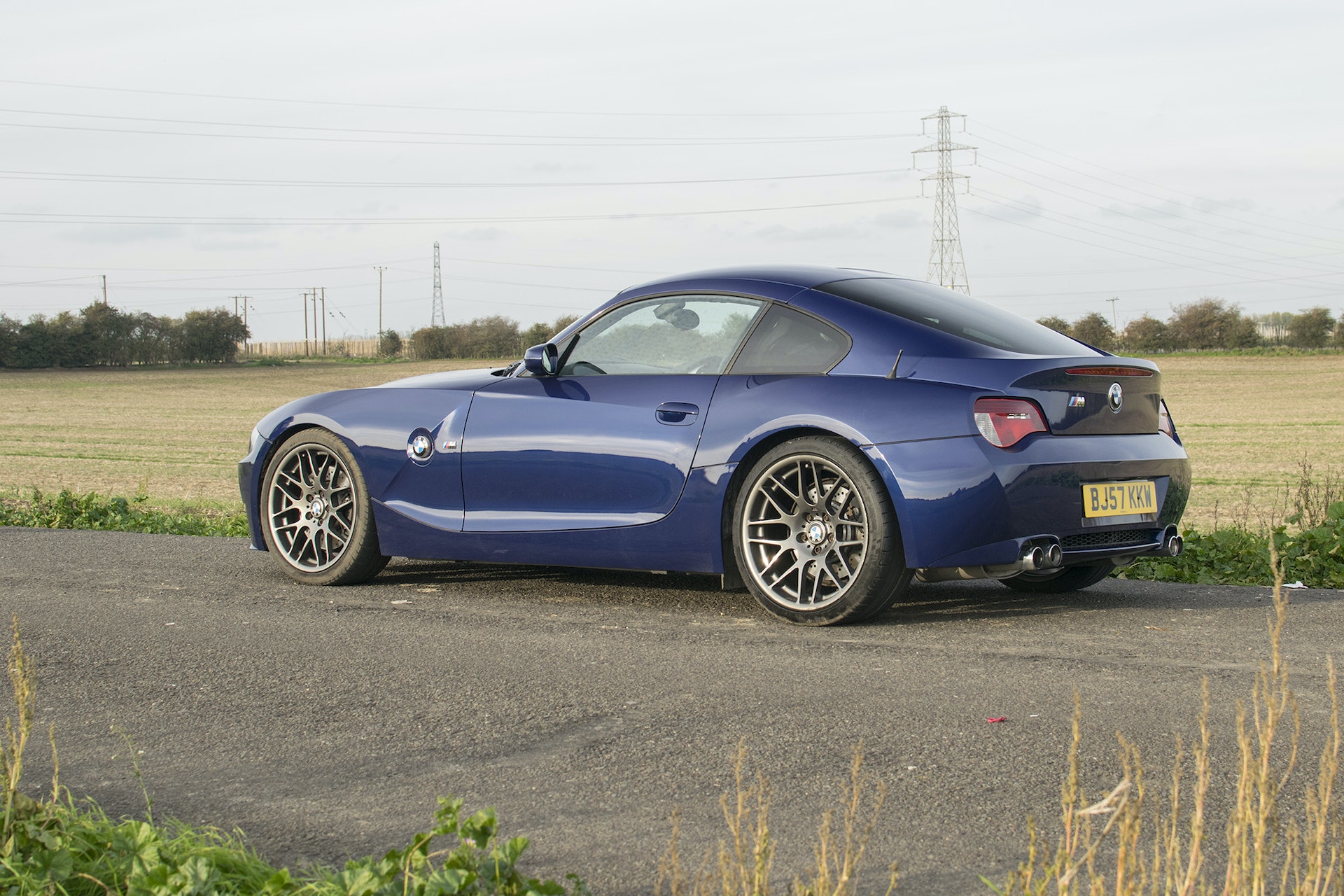 While the factory build was completed in September 2006, it is believed that this Z4 M Coupe was a showroom demonstrator at Sytner BMW in Birmingham. It was first registered for the road in September 2007, and returned to Sytner for its running-in check two months later. The vendor has owned the car for the last year, and has covered around 6,000 miles in that time. Having just taken delivery of a brand new Alpine A110, he is looking to sell this Z4 M to another enthusiast who can enjoy it as much as he has. 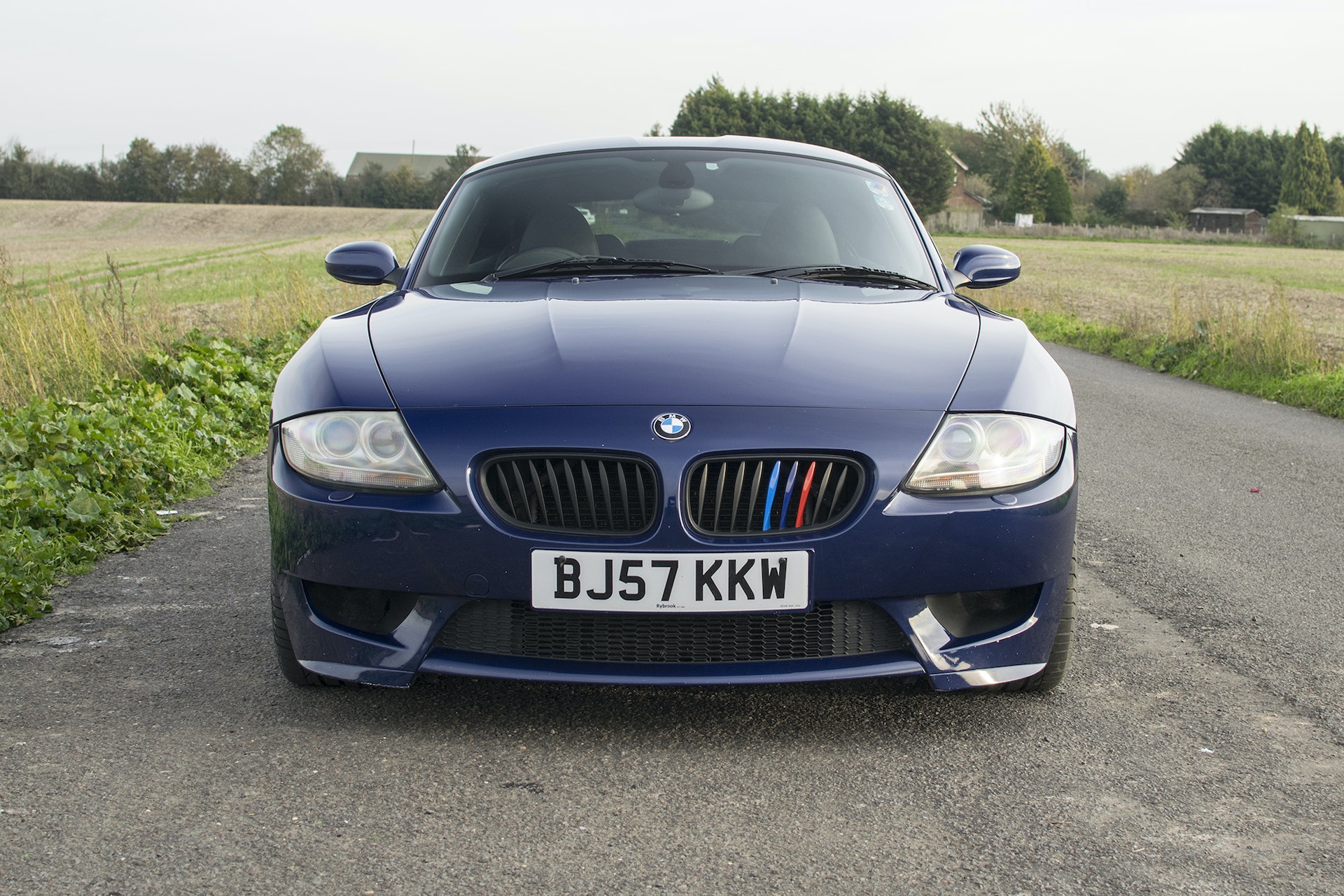 The body is finished in striking Interlagos Blue metallic paintwork, and is in good overall condition. There are stone chips to the front bumper that are clearly visible in the photo gallery below, as well as a few on the bonnet and front wings. A very small soft dent is also present on the nearside rear wheel arch crease. While the front bumper may have previously been repainted, the rest of the finish is believed to be the factory paint. 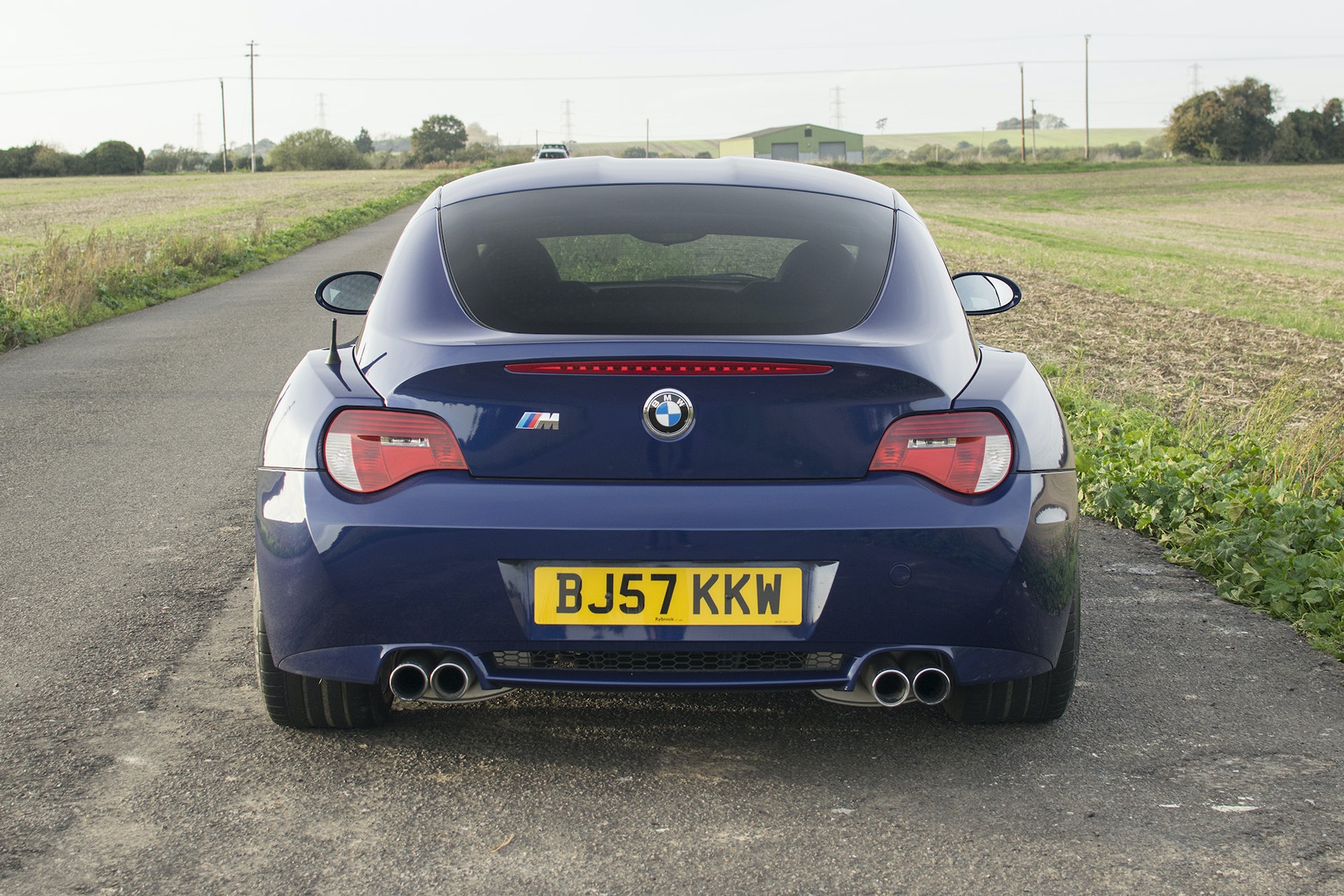 Its wheels have been upgraded to the 19-inch Style 163M alloys as used on the E46 M3 CSL model. Combined with the set of Eibach lowered springs, they give the car a terrific stance, though they would benefit from refurbishment in due course. The front grille has been swapped for a matt black version with tri-colour M Sport blades. 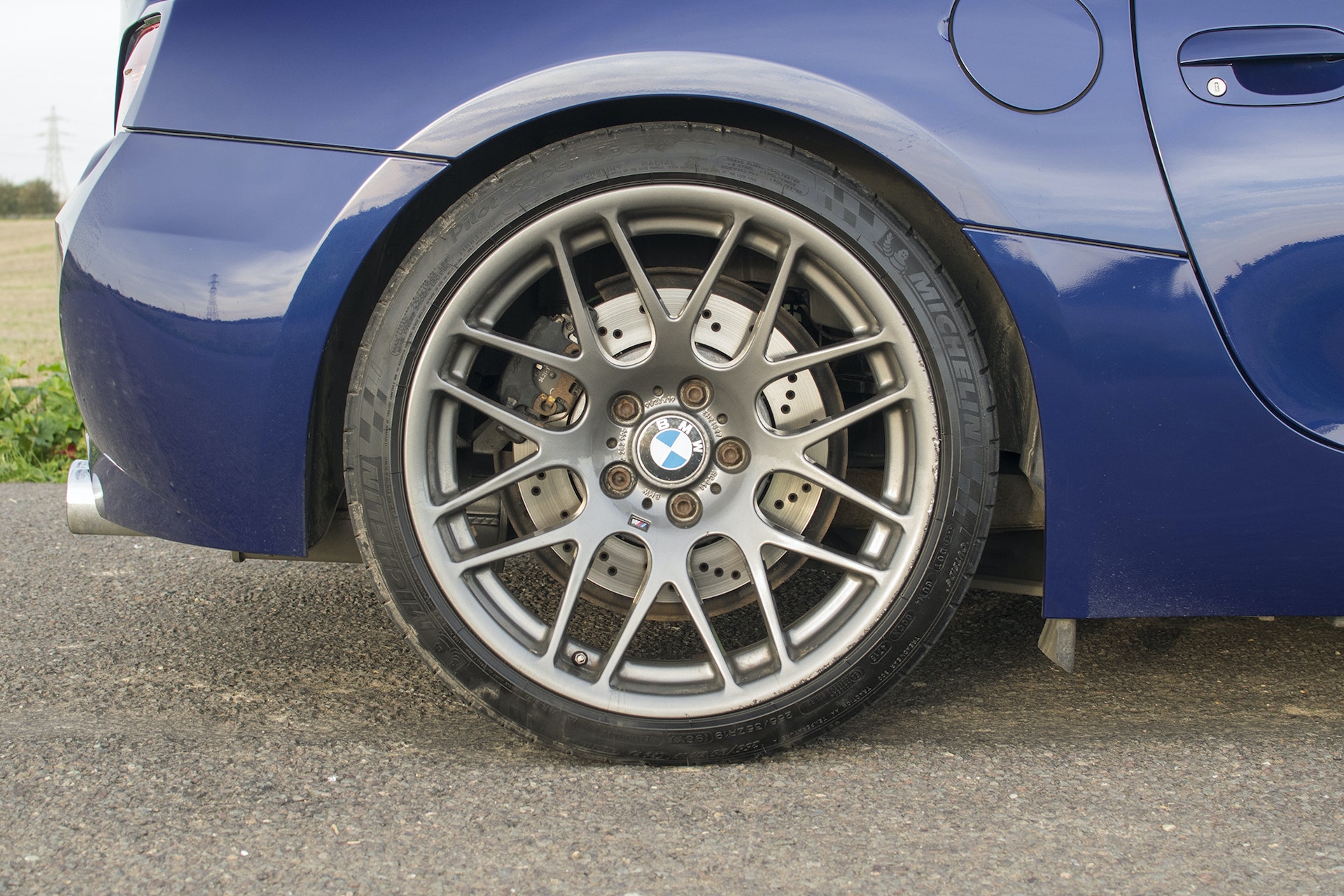 Inside, the car features M Sport seats upholstered in black Nappa leather, with electric adjustment, three-stage heating and a memory function for the driver’s side. The passenger seat is in great shape, while the driver’s seat has some discolouration on the side bolster and a few small stains on one side of the base - both of which could be remedied by re-connolising. 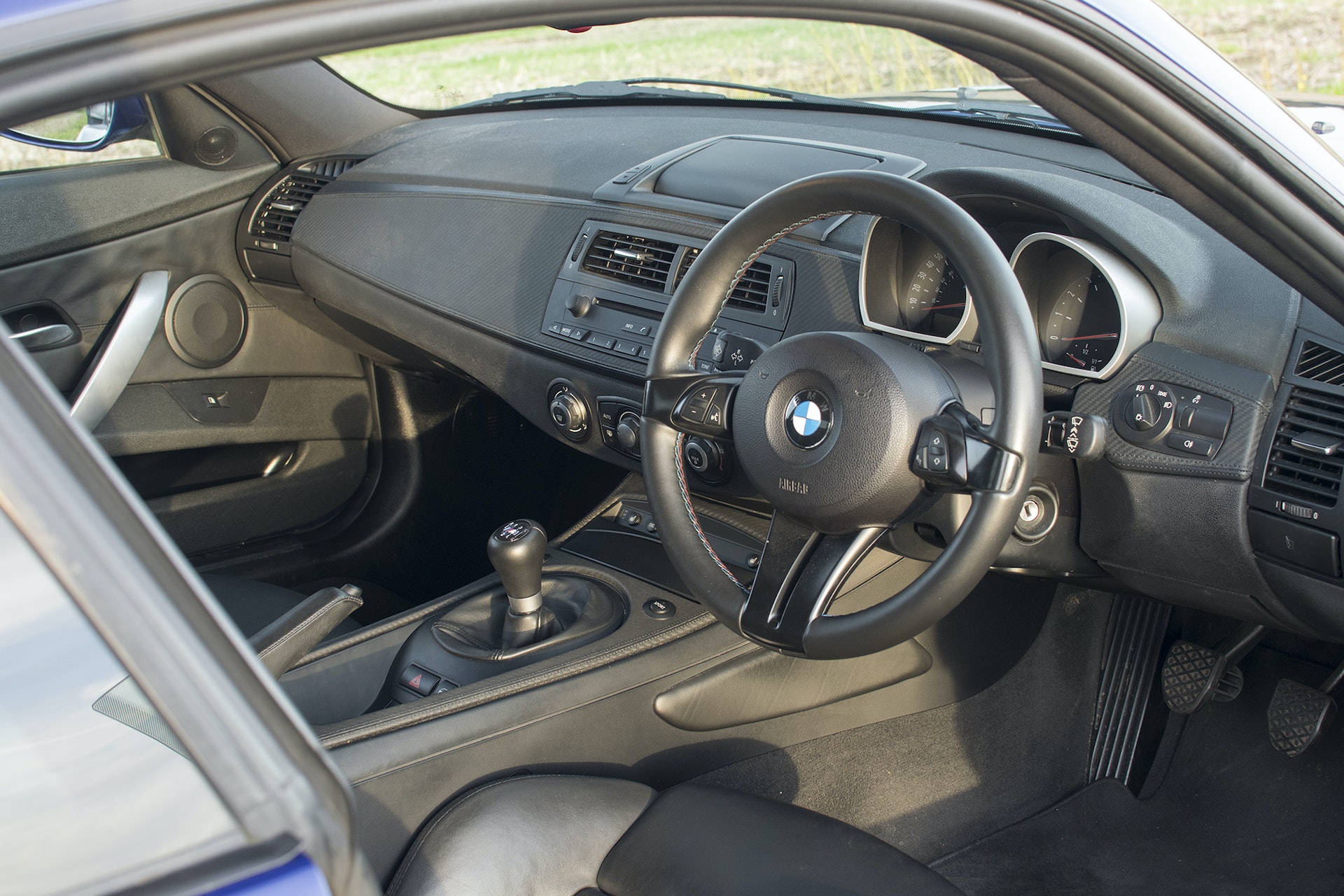 The other cabin features include carbon-fibre effect leather trim on the dashboard and centre console, a leather steering wheel with BMW M Sport tri-colour stitching, and embossed ‘M’ monograms in the headrests. BMW’s Professional media system is fitted, including satellite navigation and a six-disc CD changer. The car also has cruise control and climate control. 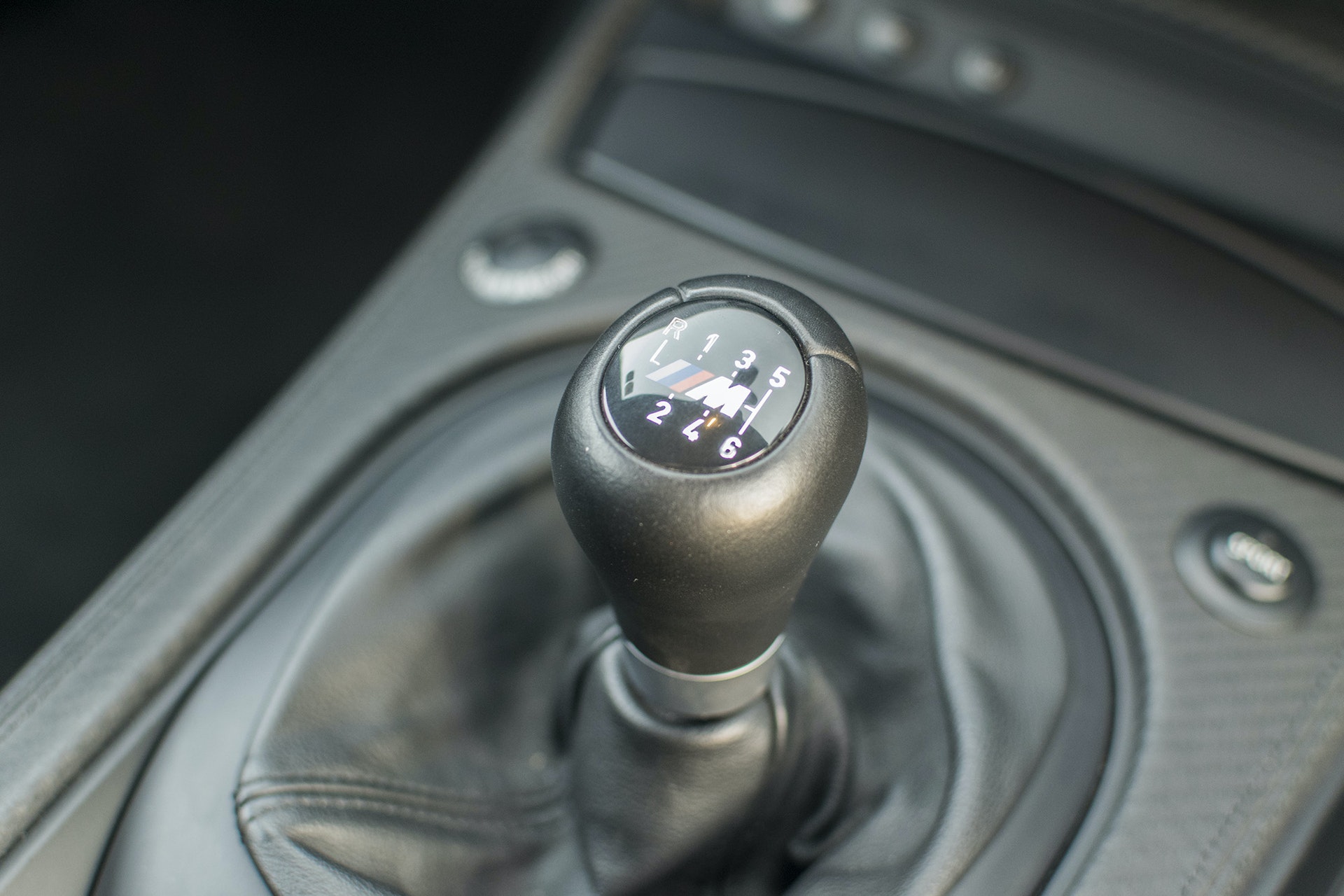 This is evidently a well-maintained example of the breed, having been serviced almost every year, with more than a dozen stamps in the book from various BMW main dealers and dedicated marque specialists. 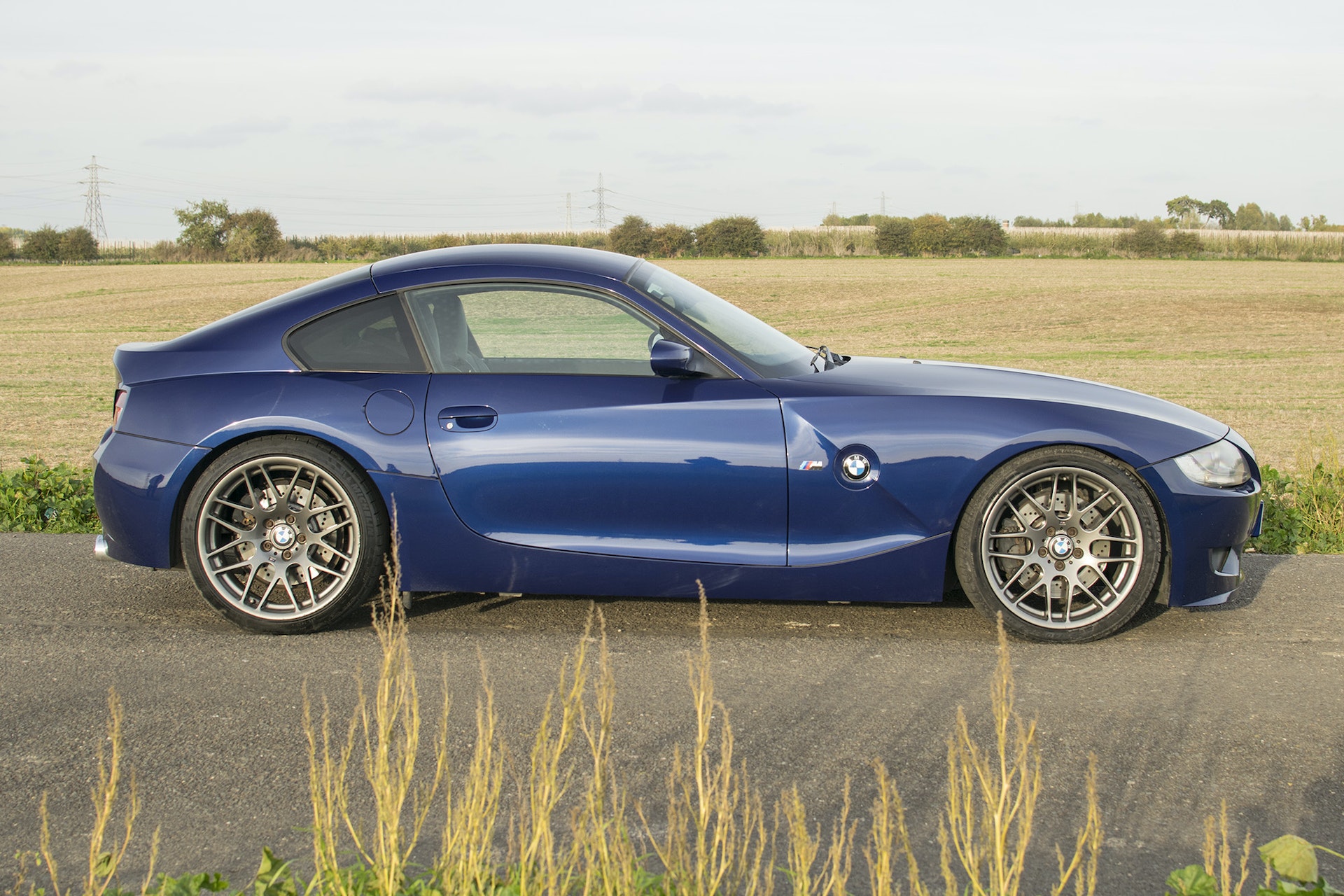 Its last scheduled maintenance was at Arden BMW Maidstone in September 2019 at 90,451 miles. This comprised a full Inspection 1 service, including replacement of the valve shims and adjustment of the clearances. The battery was also replaced new nuts were fitted on the centre exhaust mounts. A full Vehicle Health Check was completed during the service, which resulted in no advisories. 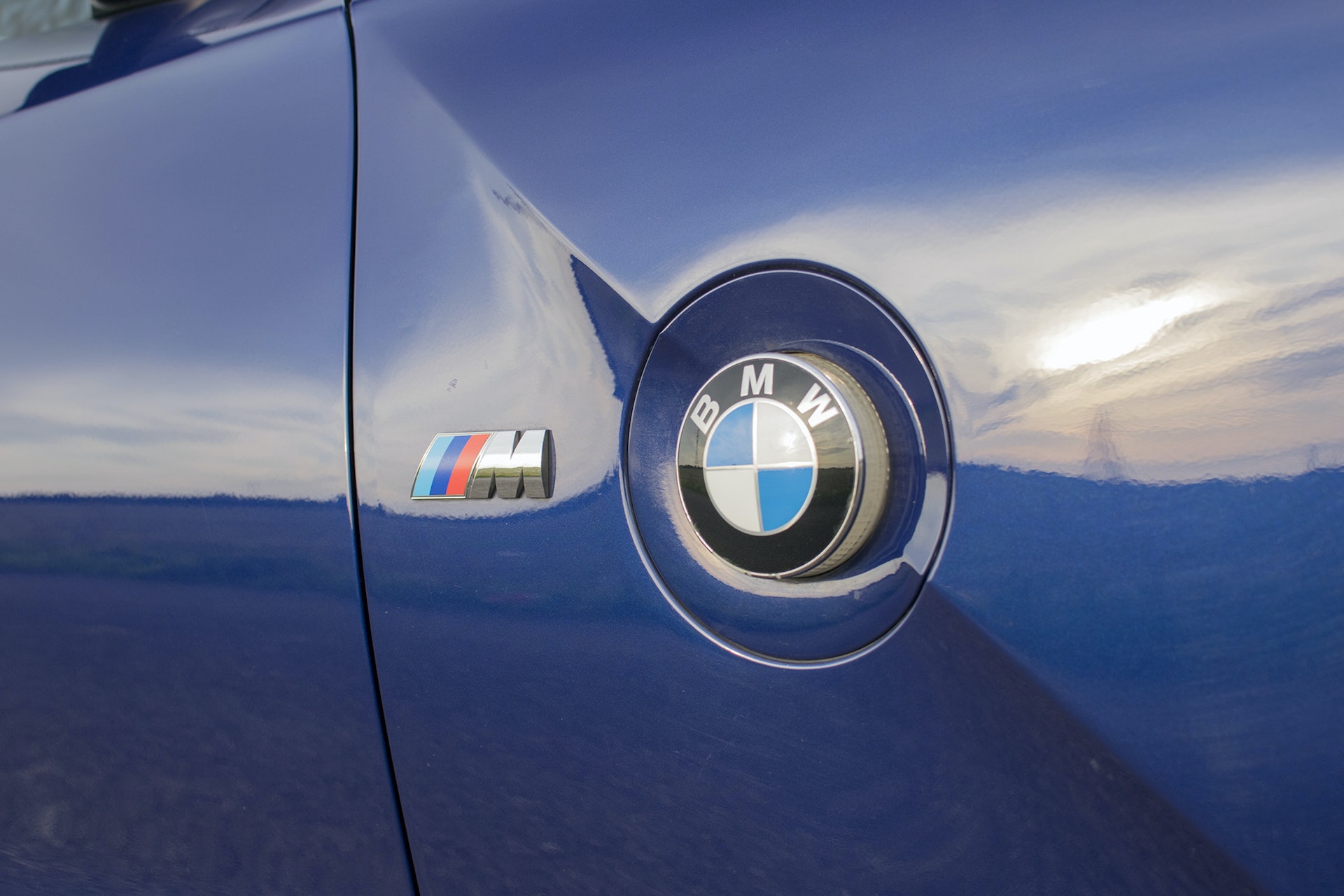 The previous service was at BMW specialist Deutsch Tech in July 2018 at 83,100 miles, which was an Inspection 2 visit. In April 2016, a full Remus exhaust system was fitted, including a new middle silencer and back box. The spark plugs were renewed by Deutsch Tech at 64,902 miles, when the cam cover gasket was also replaced. 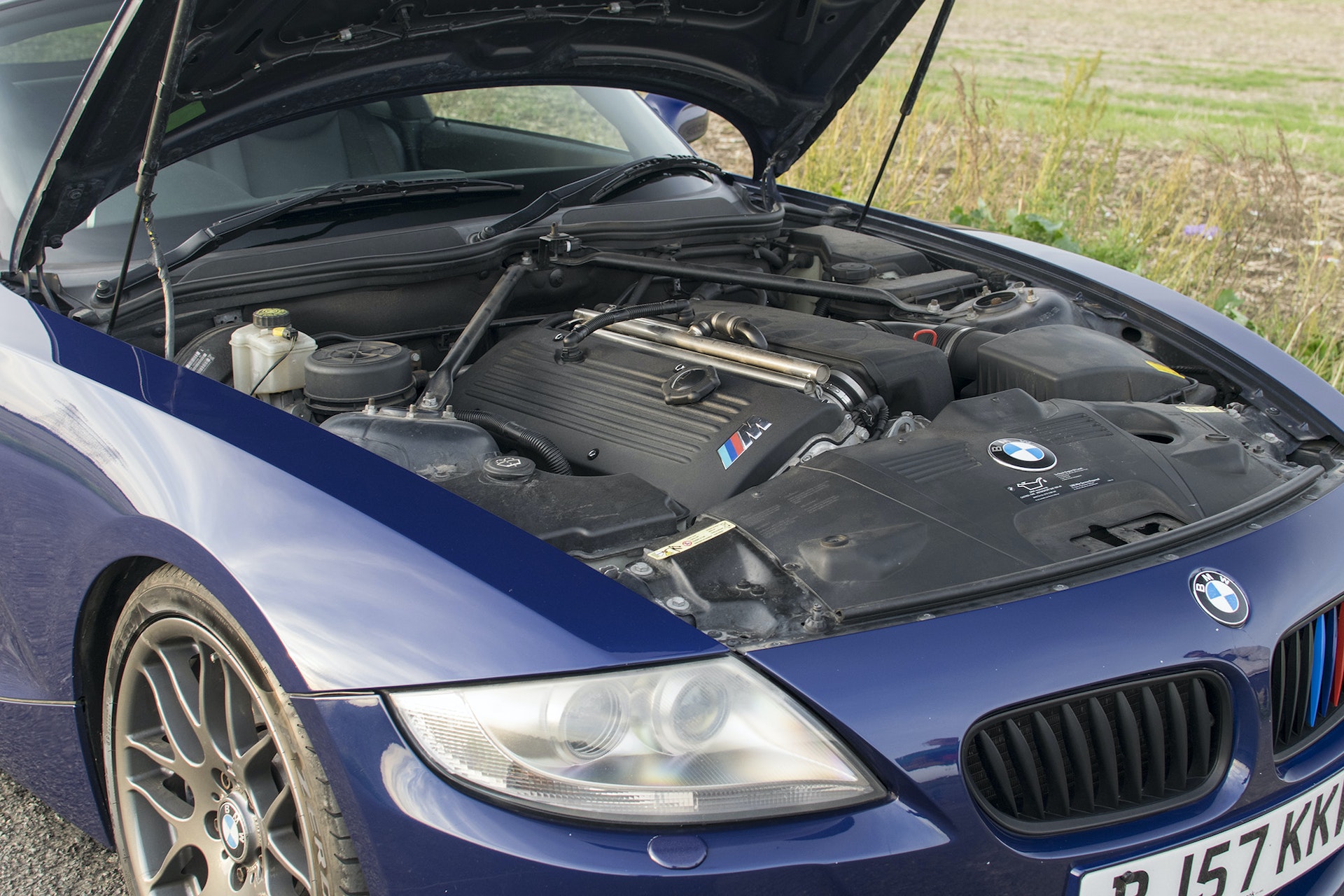 Its last MOT test was on 23 October 2019 at 91,396 miles, which noted only a faulty registration plate bulb and that the rear tyres were approaching the legal limit. The wheels are shod in Pirelli P Zero tyres at the front in size 225/40 ZR19 and Michelin Pilot Super Sport in size 255/35 ZR19 at the rear. The front tyres have 6mm-7mm remaining, while the rear tyres were measured at 3mm-4mm in September 2019 - the latter will therefore need replacing soon. 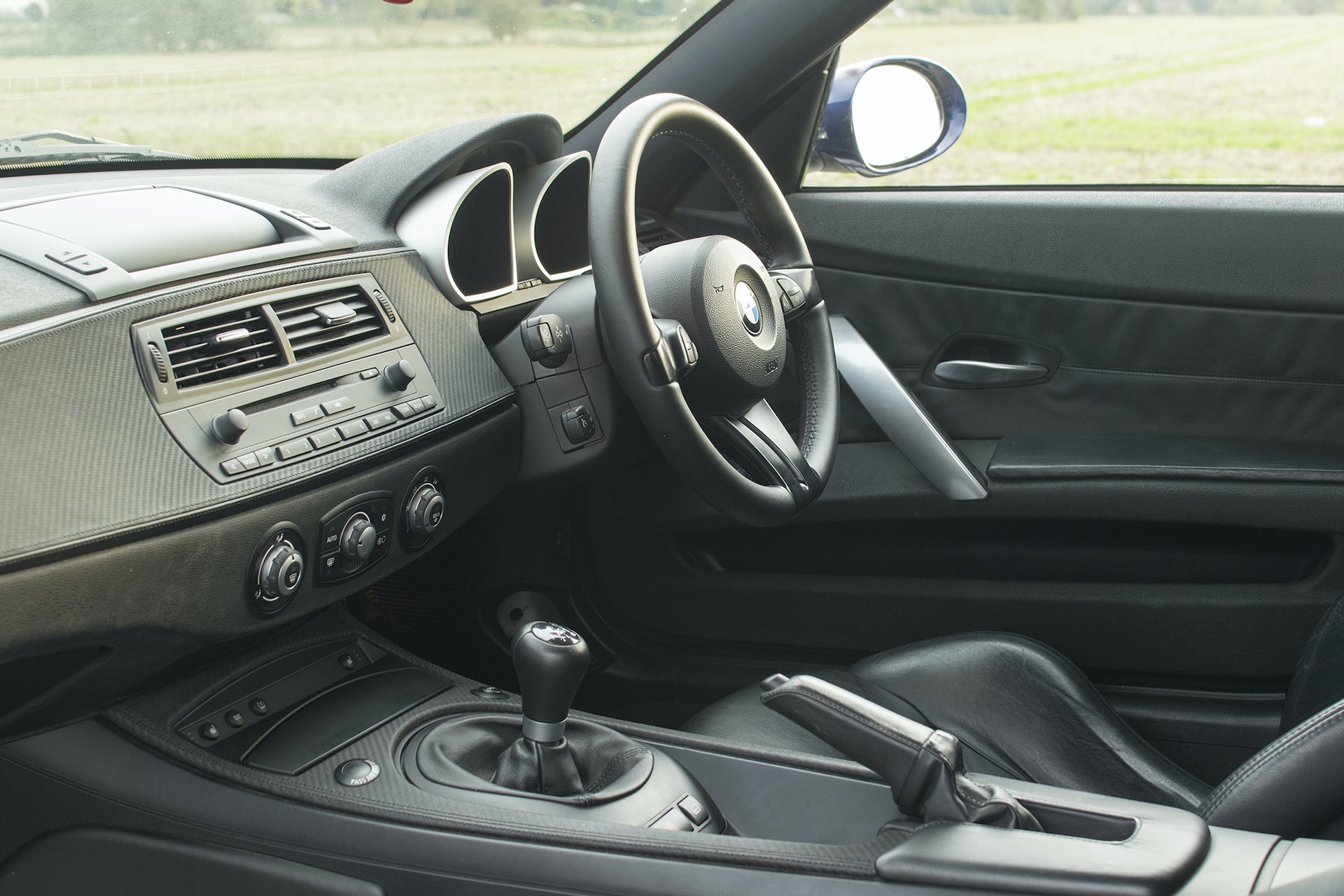 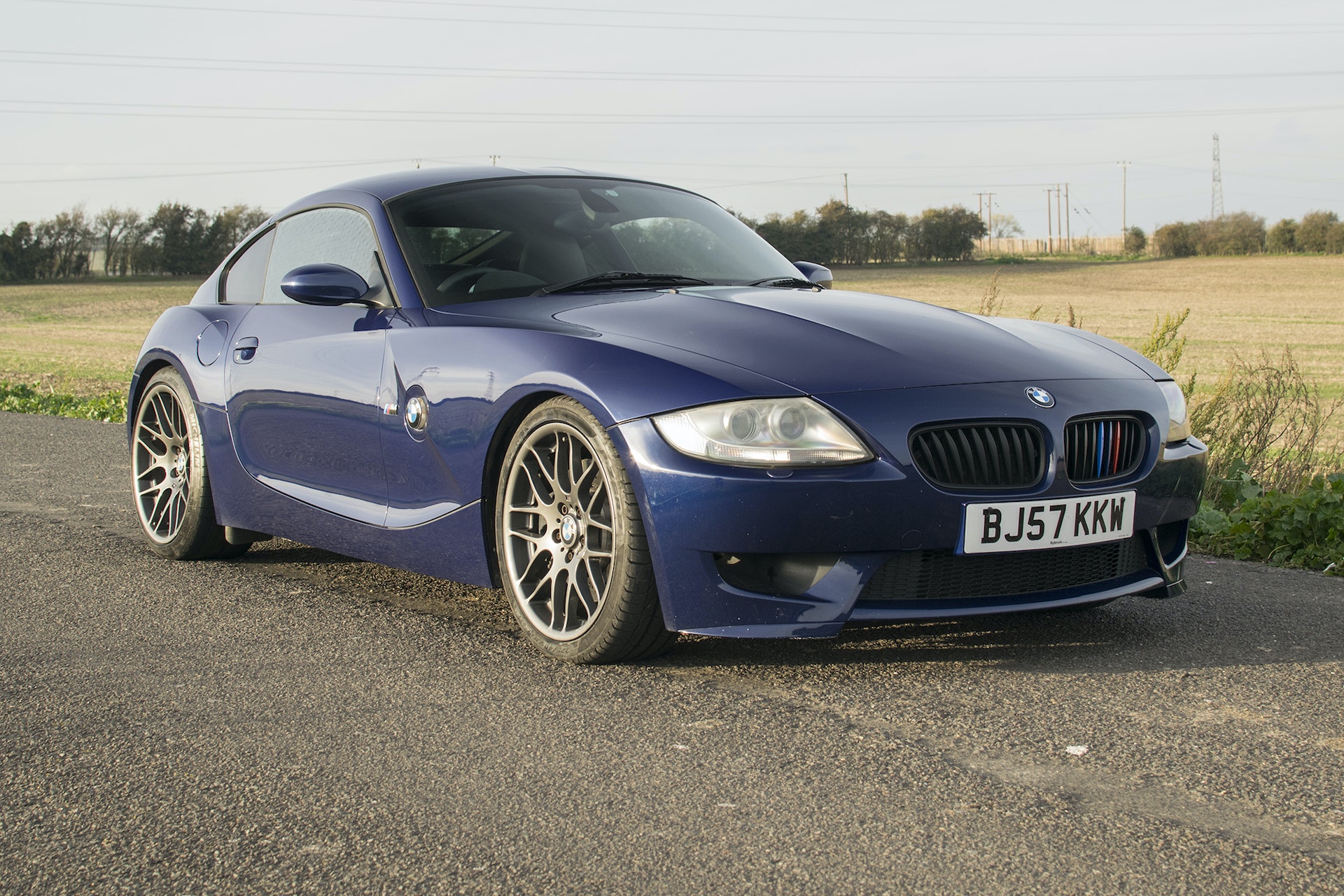 This BMW Z4 M Coupe is an exhilarating driver’s car in a desirable factory colour, which is in sound mechanical order after a recent full service and health check at a BMW main dealer. While the vendor would love to keep the car, he simply does not have room to garage it, so this is a great opportunity to buy a usable example with an excellent service history.