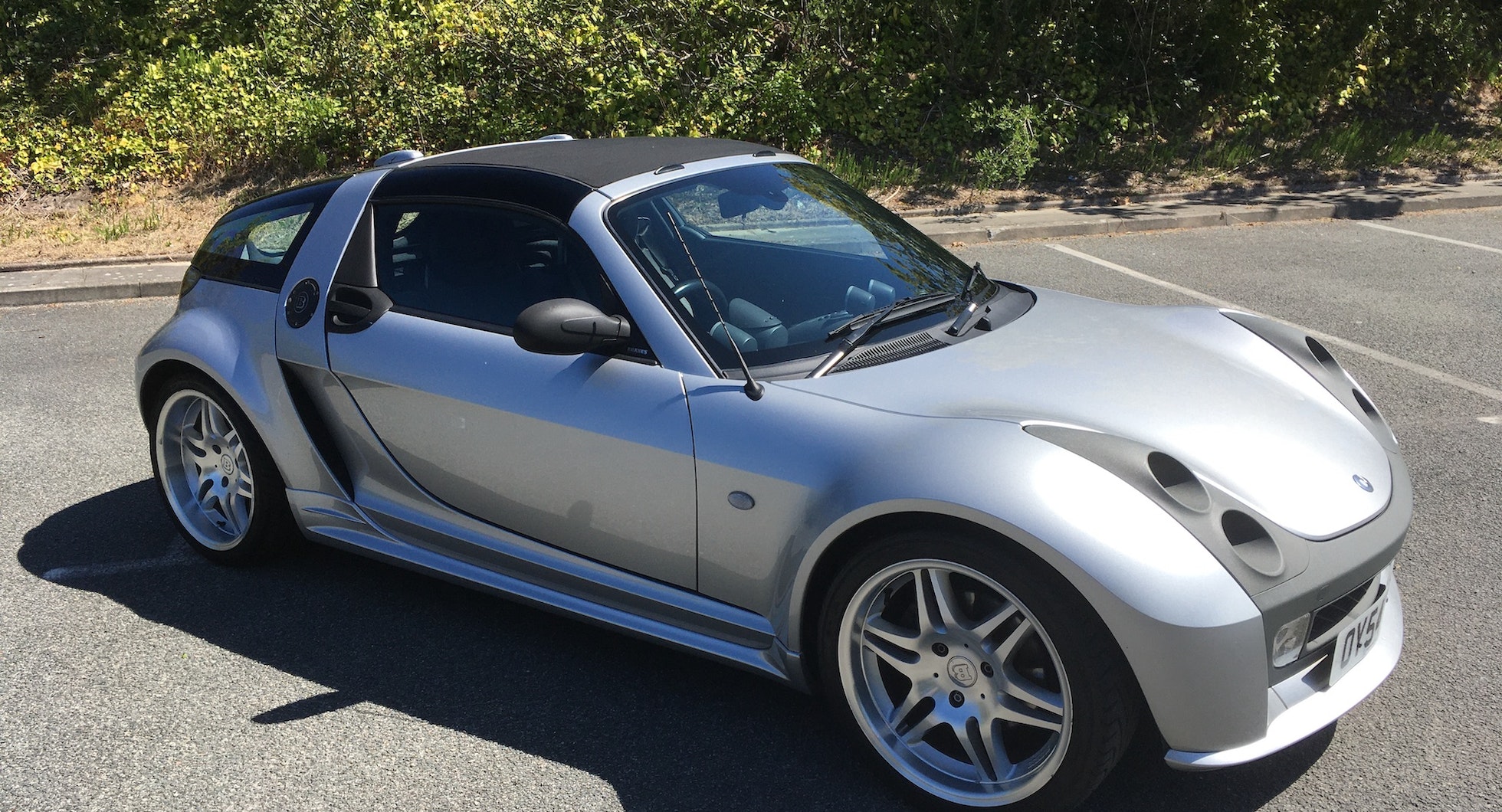 This Smart Brabus Roadster Coupe is an intriguing lightweight convertible, which packs plenty of character into a small, city-friendly package. It is powered by a 698cc turbocharged engine producing 99bhp, with rear-wheel drive via a six-speed automated manual transmission with paddle shift - all in a package with a kerb weight of just 840kg. The odometer shows just 25,222 miles from new. 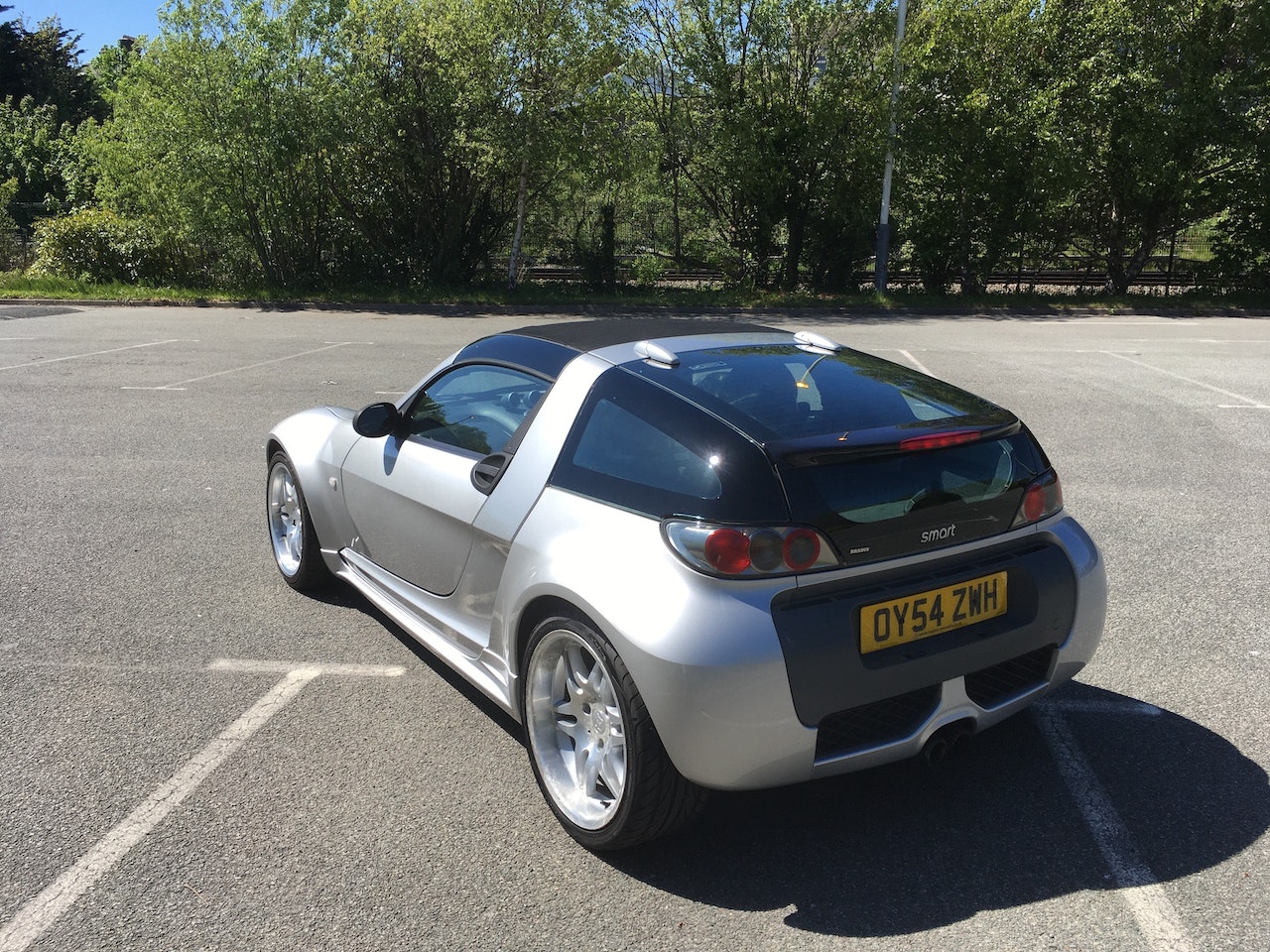 First registered in September 2004, this Brabus Roadster Coupe is understood to have been first owned by a Smart dealer, which means it was most likely a demonstrator vehicle. Nine months later, in May 2005, it was sold to its second keeper who had it for the next 14 years. The seller acquired the car in 2019, and has driven it sparingly since then. Of interest to bidders in or around London is that the Roadster is compliant with the Ultra-Low Emission Zone requirements, so it is a great choice for residents or commuters alike. 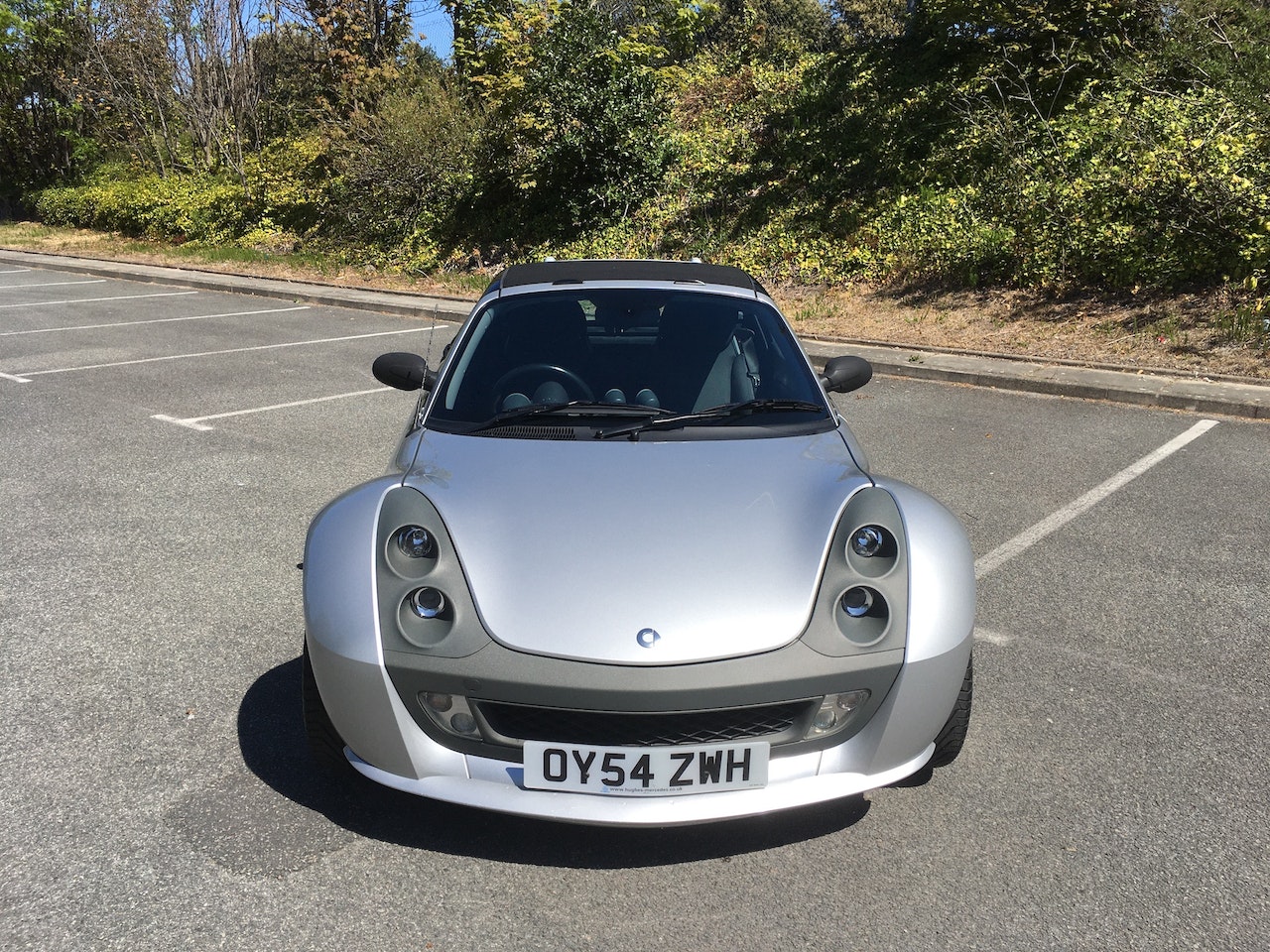 The bodywork of this car is in excellent condition, with no dents or dings, and no sign of any accident damage. Its Speed Silver paint finish appears to be original, and remains very smart all around the car. The seller notes only some gravel chips around the lower bumper, and a small chip on the edge of the driver’s door, which has been touched in. All of the light lenses are in good condition, as are the durable plastic body trims. 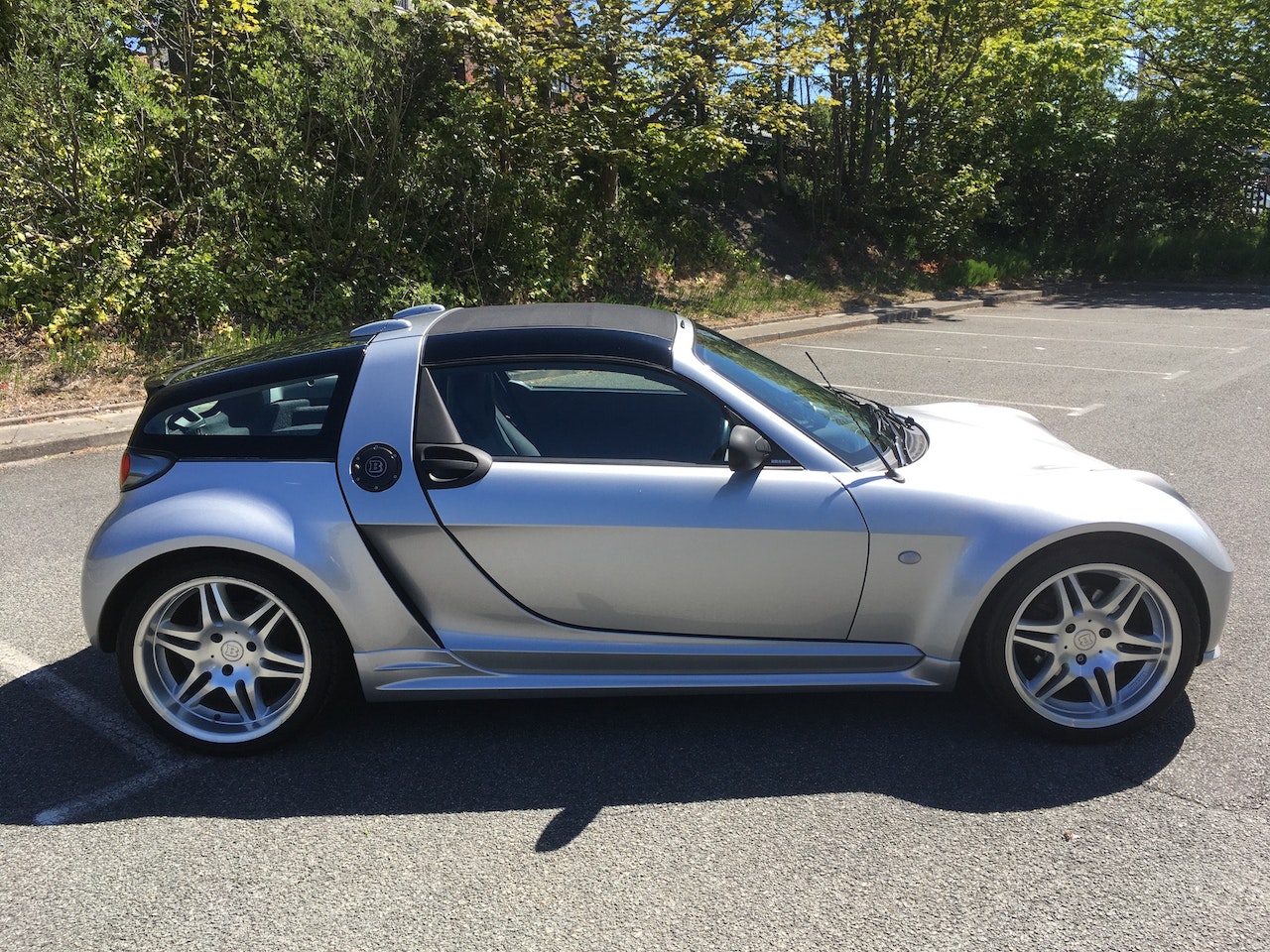 The retractable black fabric soft top is in great shape, with no rips or fraying, and the mechanism works perfectly. It rides on the original set of 17-inch alloy wheels with a five-spoke double-arm design. They have evidently never been refurbished, and there are a few kerbing blemishes, as well as some prominent lacquer damage on the nearside rear wheel. Given the impressive appearance of the paintwork, the alloys would certainly benefit from renovation. 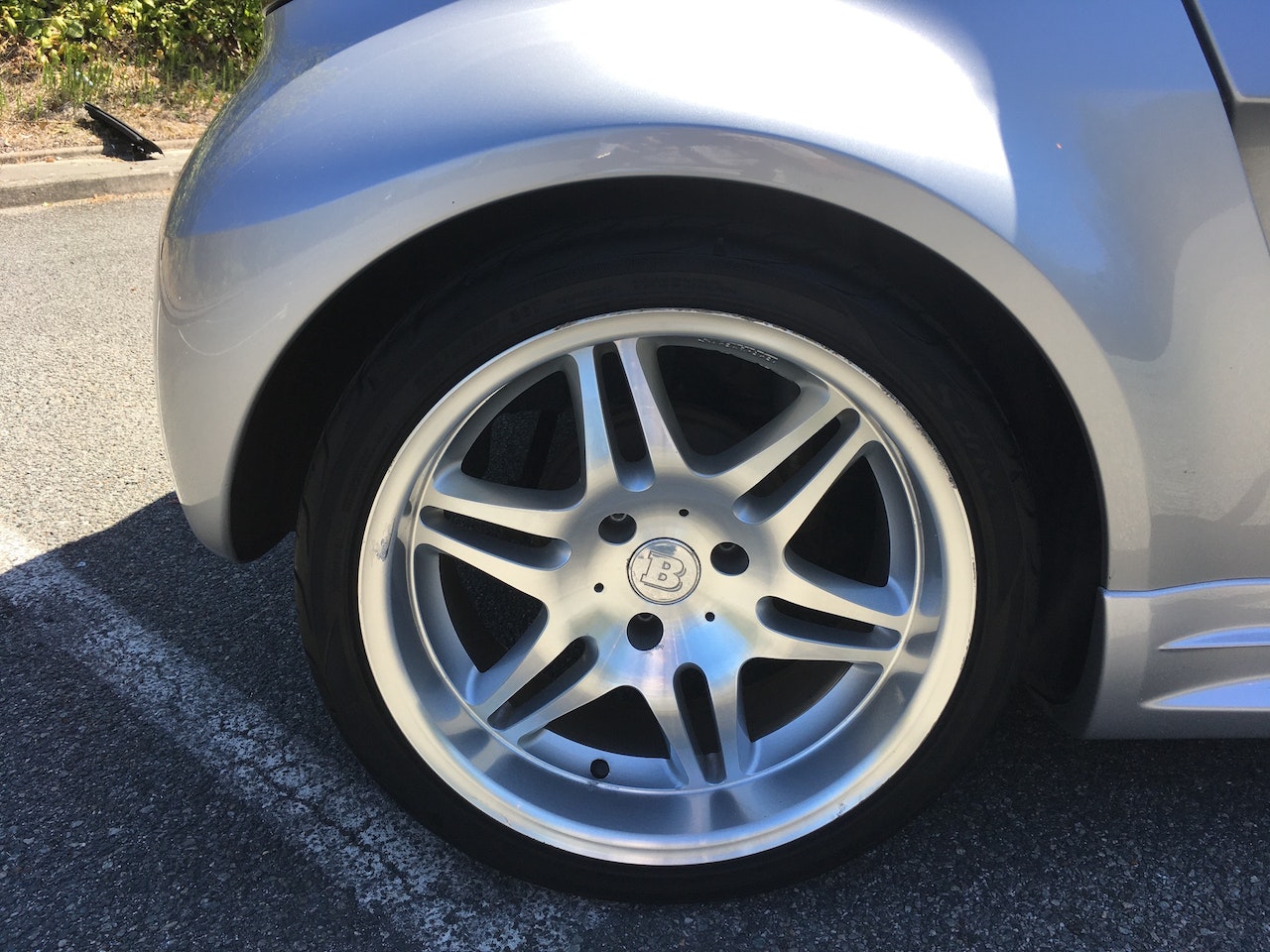 Inside, the interior trim is in impressive condition. There is dark blue leather upholstery on the seat bases and bolsters, complemented by textured cloth centre panels. The trim is undamaged, and shows only signs of light use in line with the low mileage. Leather is also used for the finish on the steering wheel rim, door panel inserts, and dashboard top sections. There is some modest wear on the tailored floor mats, but the carpets underneath are still in superb order. Cabin equipment includes heated seats, air-conditioning, and an aftermarket Alpine stereo head unit. An original Smart-branded Grundig radio and CD player also comes with the car. 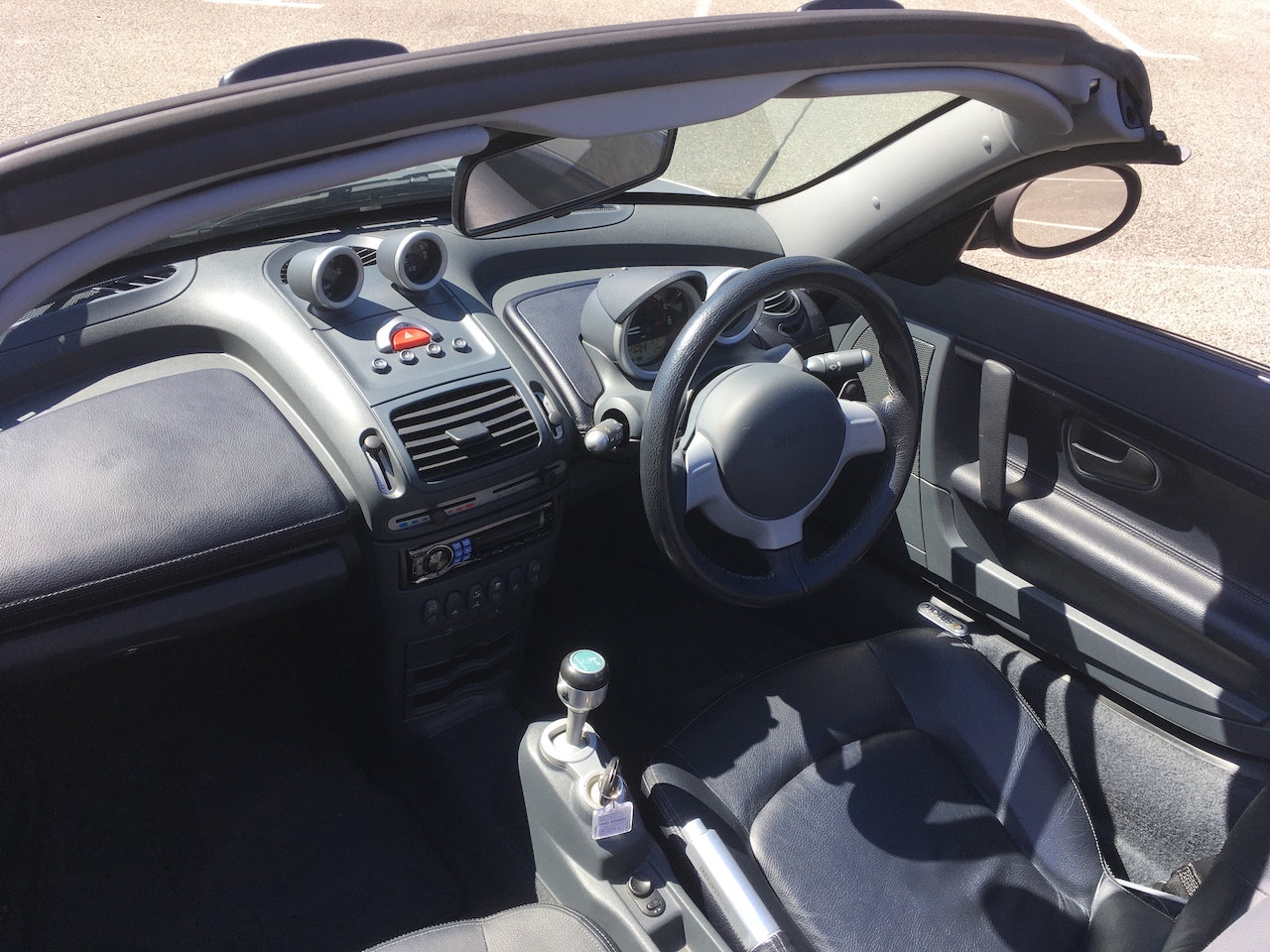 This car has been looked after exclusively by Smart main dealers from new, though it is now due another service on time rather than mileage. The last scheduled maintenance was in February 2016 at 24,139 miles, consisting of a B service carried out by Smart of Leicester. Prior to this, it was seen in July 2012 at 22,050 miles at Smart of Nottingham. 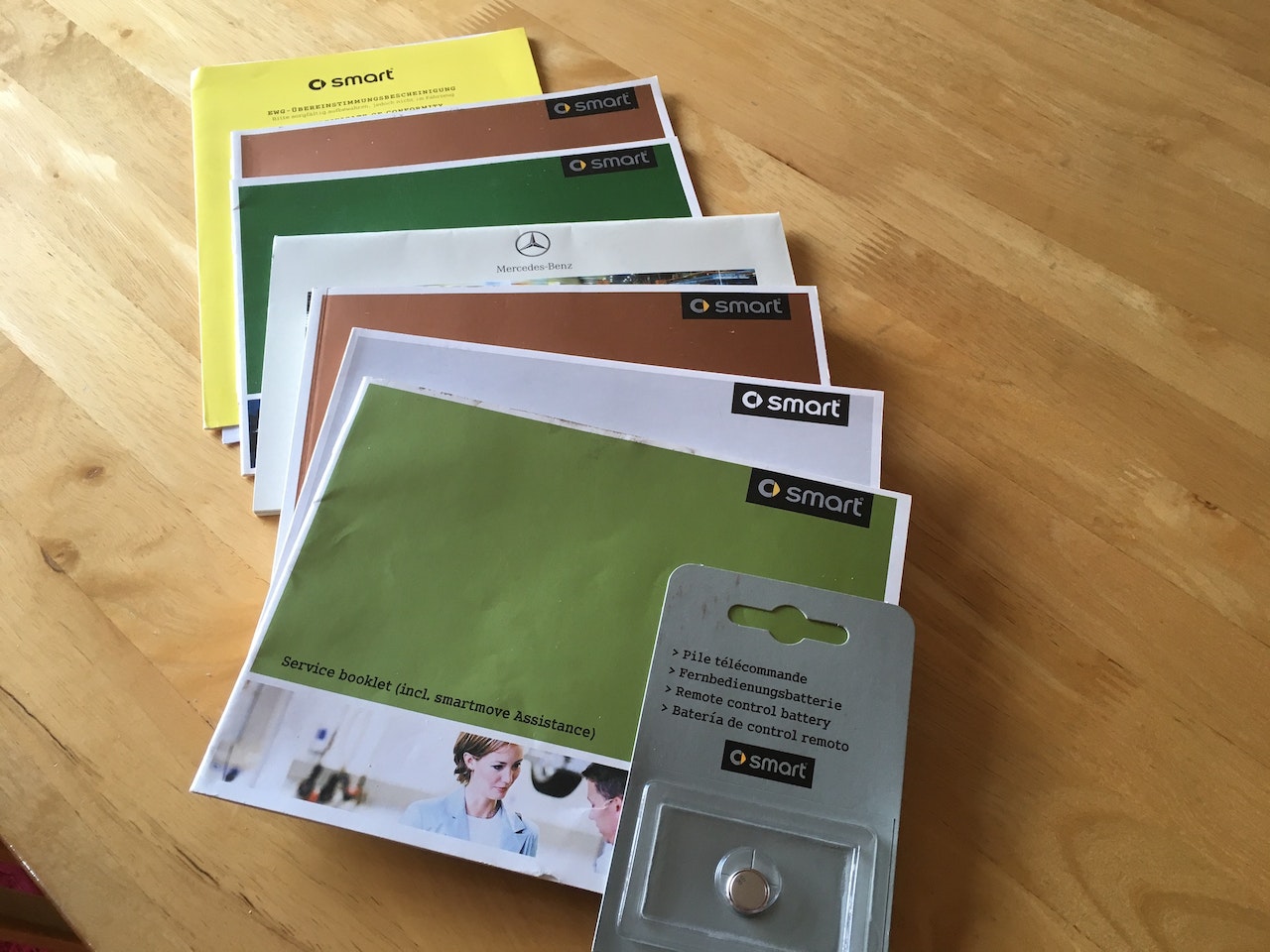 Its most recent MOT test was on 19 September 2019 at 25,200 miles, which resulted in a first-time pass with two advisories that noted slight wear on the rear shock absorber bushes, and some corrosion on the rear coil springs. In September 2013 the offside brake light was faulty, but other than these notes the car has never had any other advisories - testament to its impressive condition. 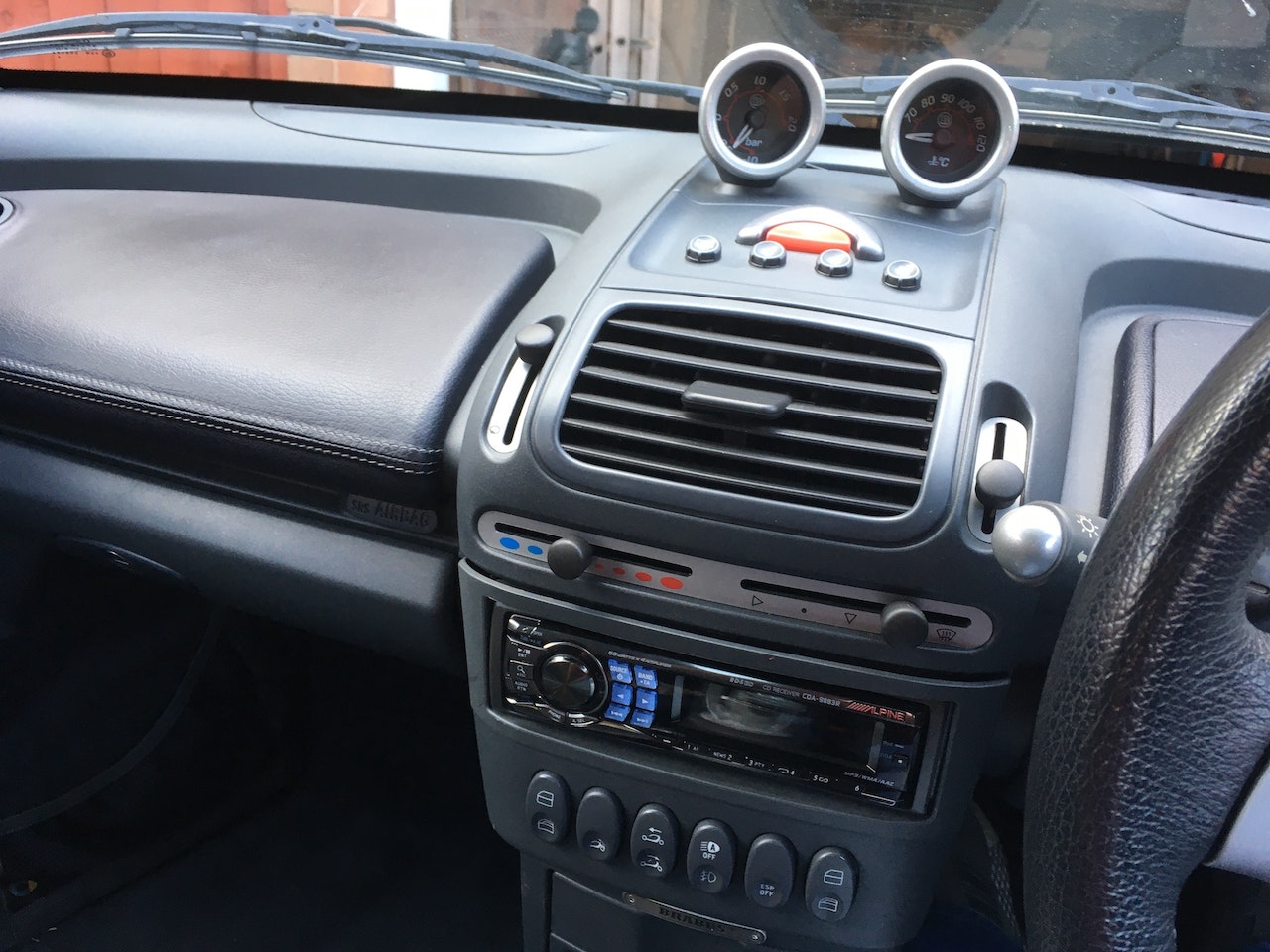 The alloys are shod in Yokohama S-drive tyres on the front axle with Michelin Pilot Sport tyres at the rear. There is plenty of tread on all four tyres, as shown in the photo gallery. 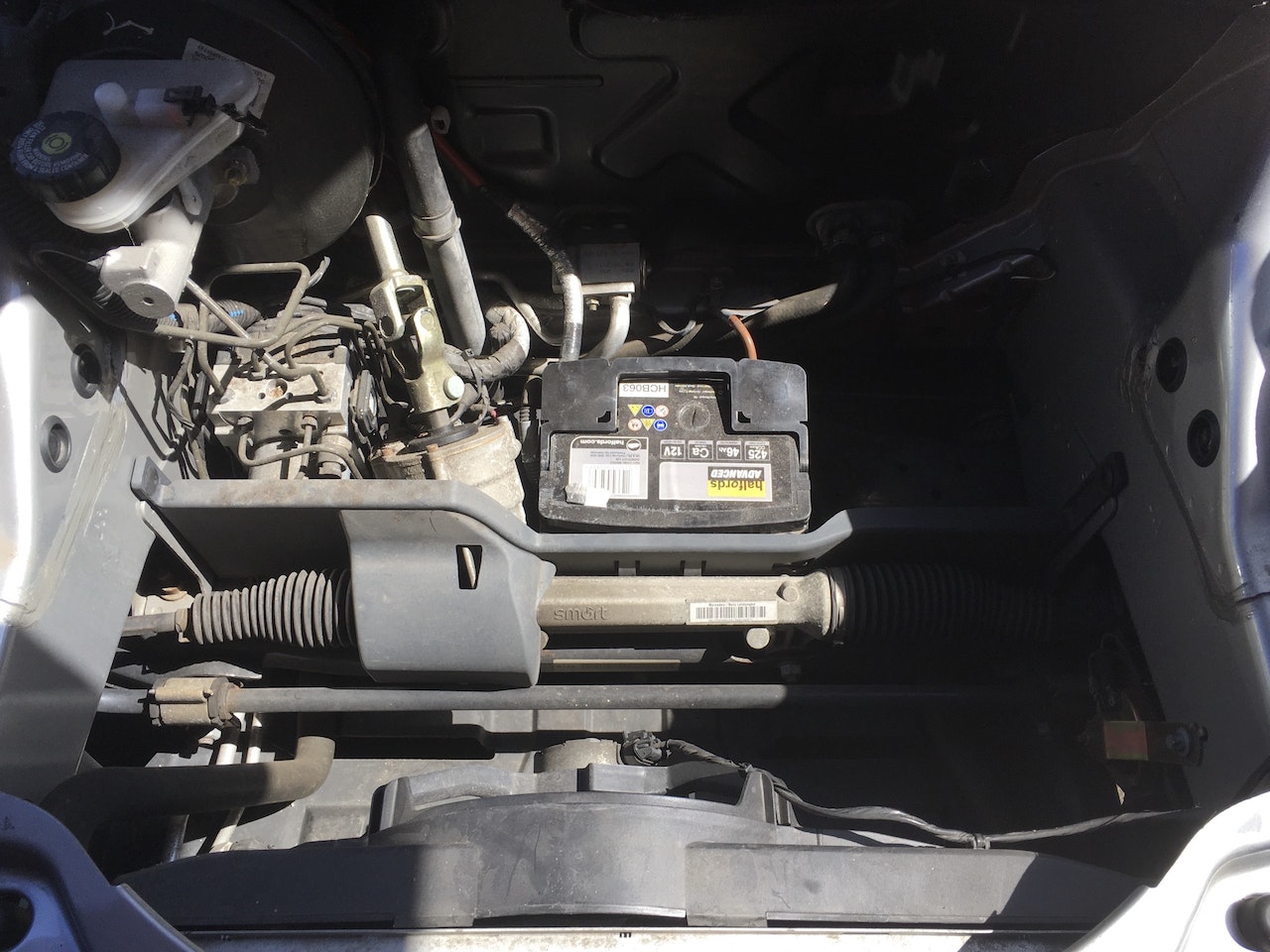 Accompanying the car are all of the original books, housing the clear plastic pouch, as well as two remote keys. All previous MOTs are documented, and there are some old receipts from maintenance work as well. 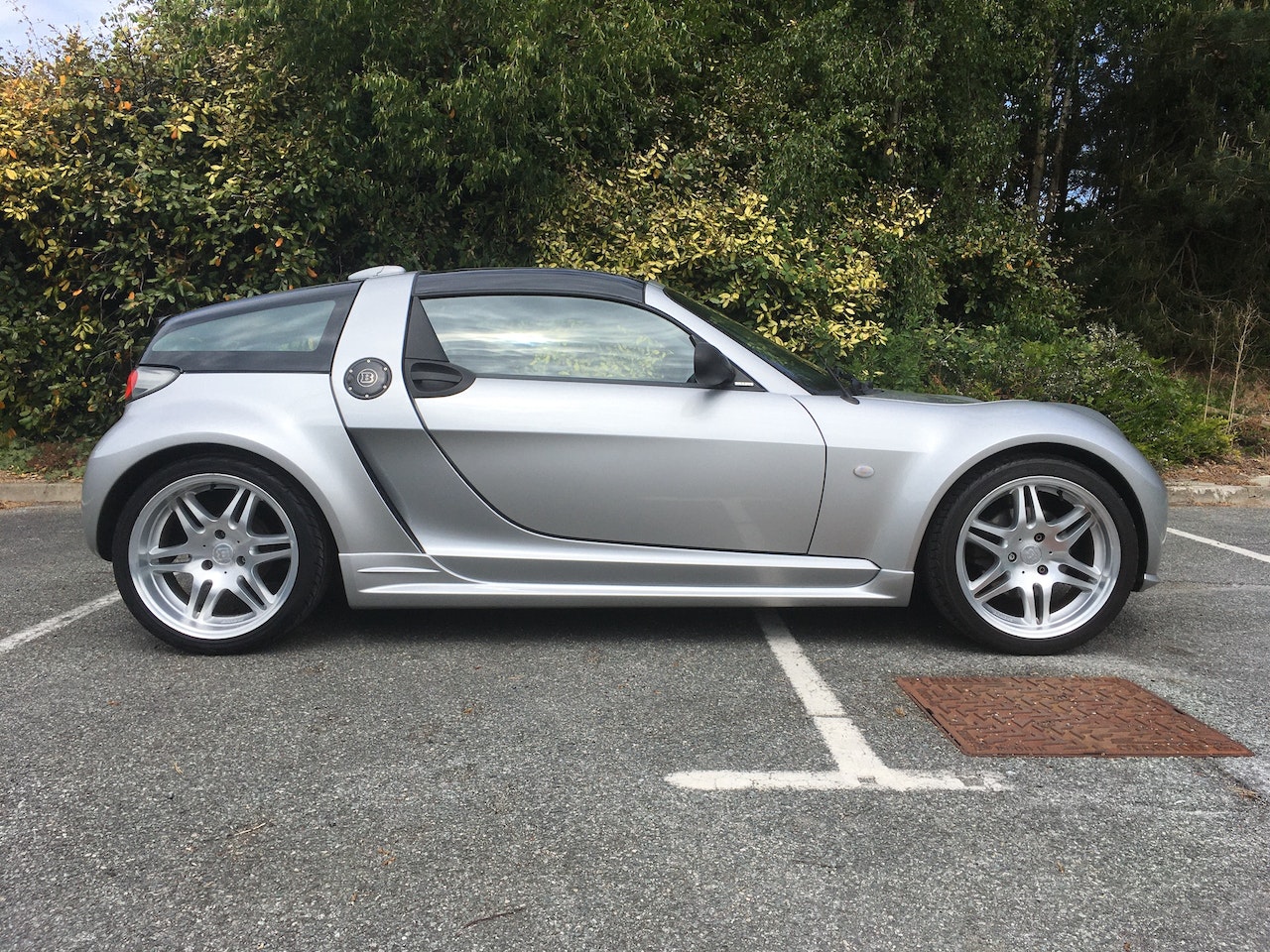 Having run a Smart Brabus as a long-term test car for Evo magazine, motoring writer Richard Porter called it: “an under-rated modern take on the lightweight sports car”. McLaren F1 designer Gordon Murray was also a fan, using a Smart Roadster as his daily driver for more than 13 years. He summed up his ownership by saying: “I can’t find anything else which is that small and is that much fun”. 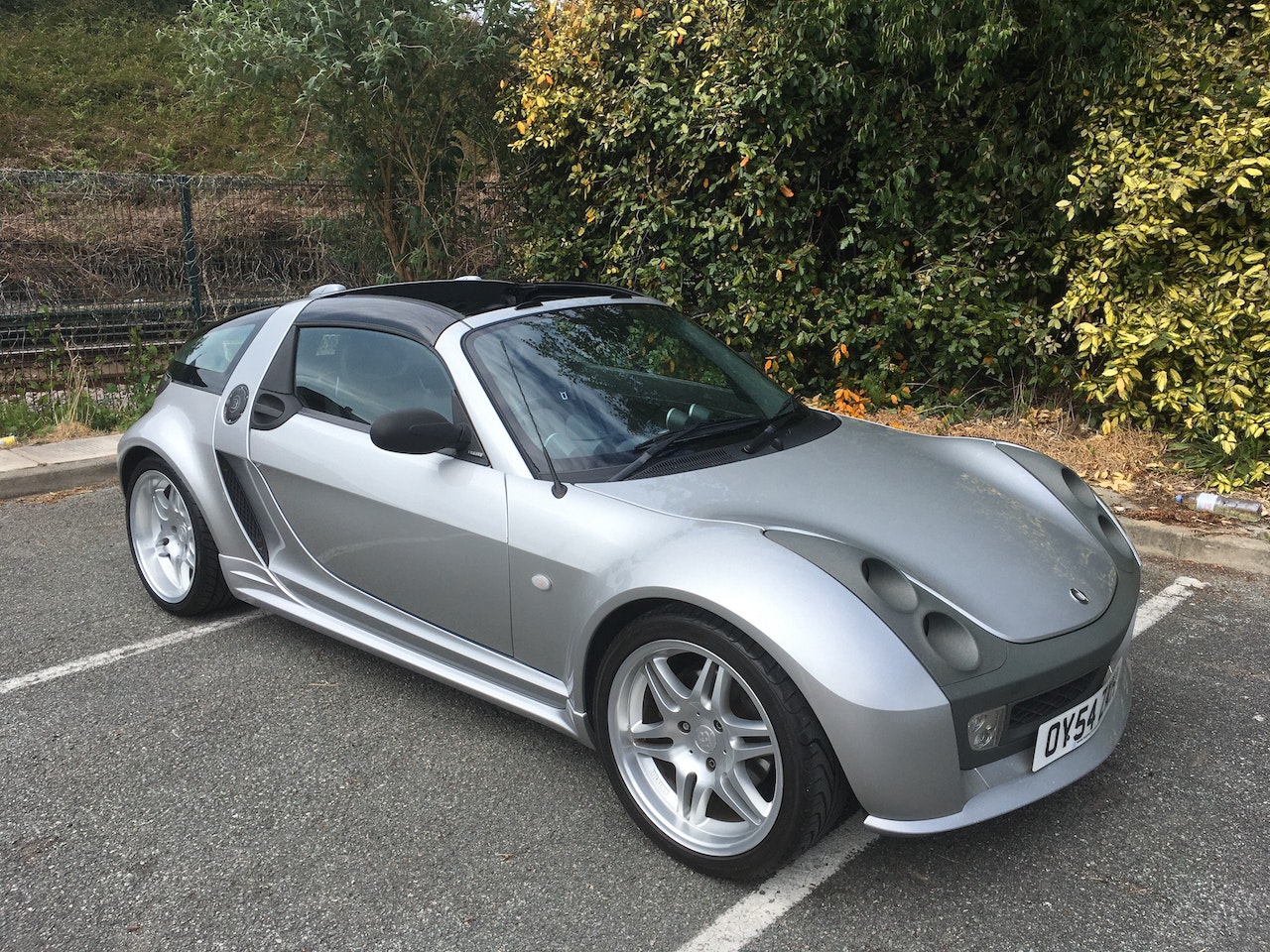 This Smart Brabus Roadster Coupe is a low-mileage example of an esoteric modern classic, which is presented in very good condition throughout. While the wheels would benefit from some cosmetic improvement, this is a highly original and unmodified car that should prove to be an enjoyable ownership prospect.