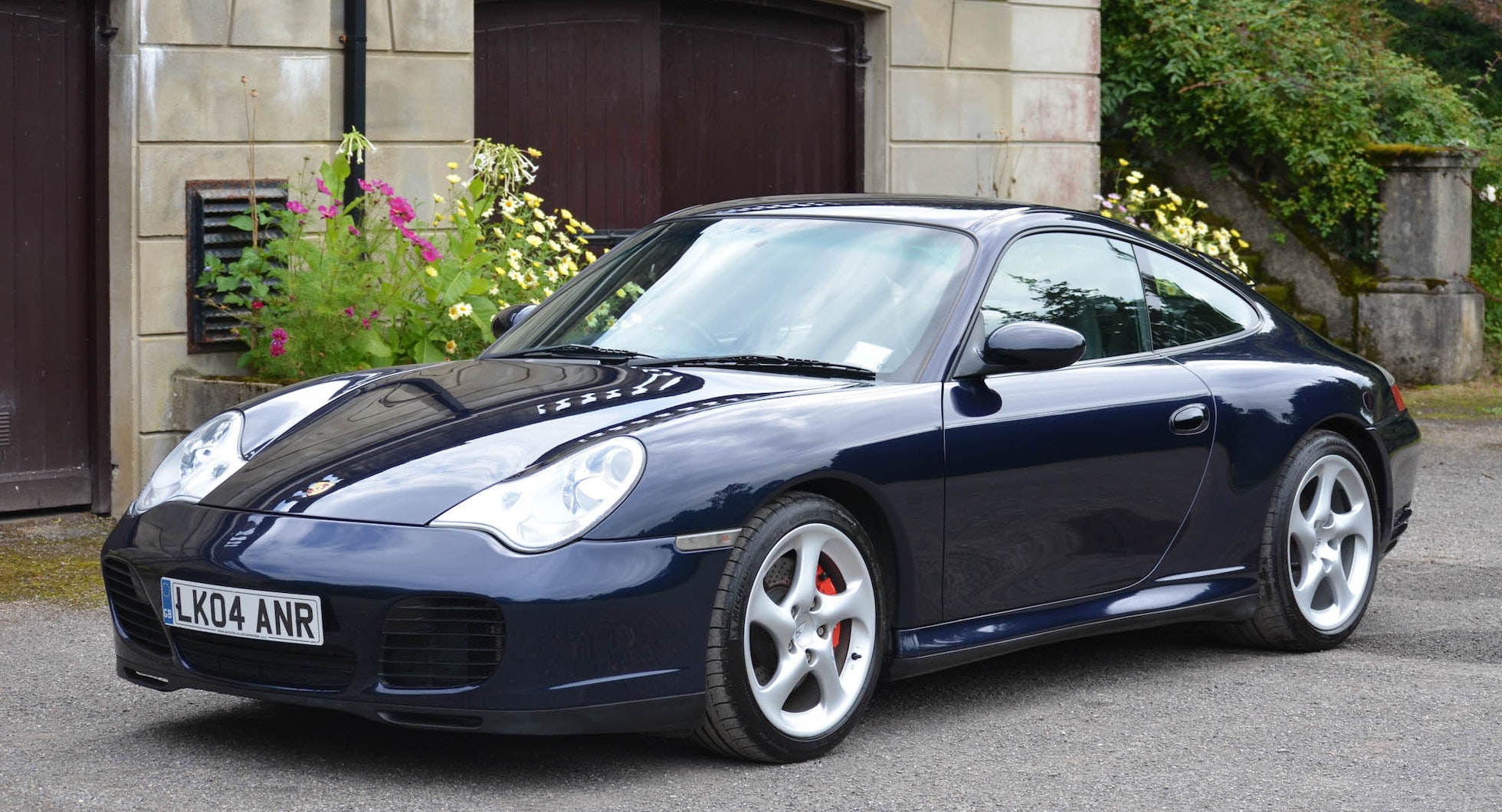 This 2004 Porsche 996 Carrera 4S is a handsome low-mileage example of an increasingly desirable modern classic. It is equipped with its original 3.6-litre water-cooled flat-six engine, powered through a six-speed manual gearbox and four-wheel drive. The car has covered just 50,737 miles from new and is currently registered and ready to be used on the road. 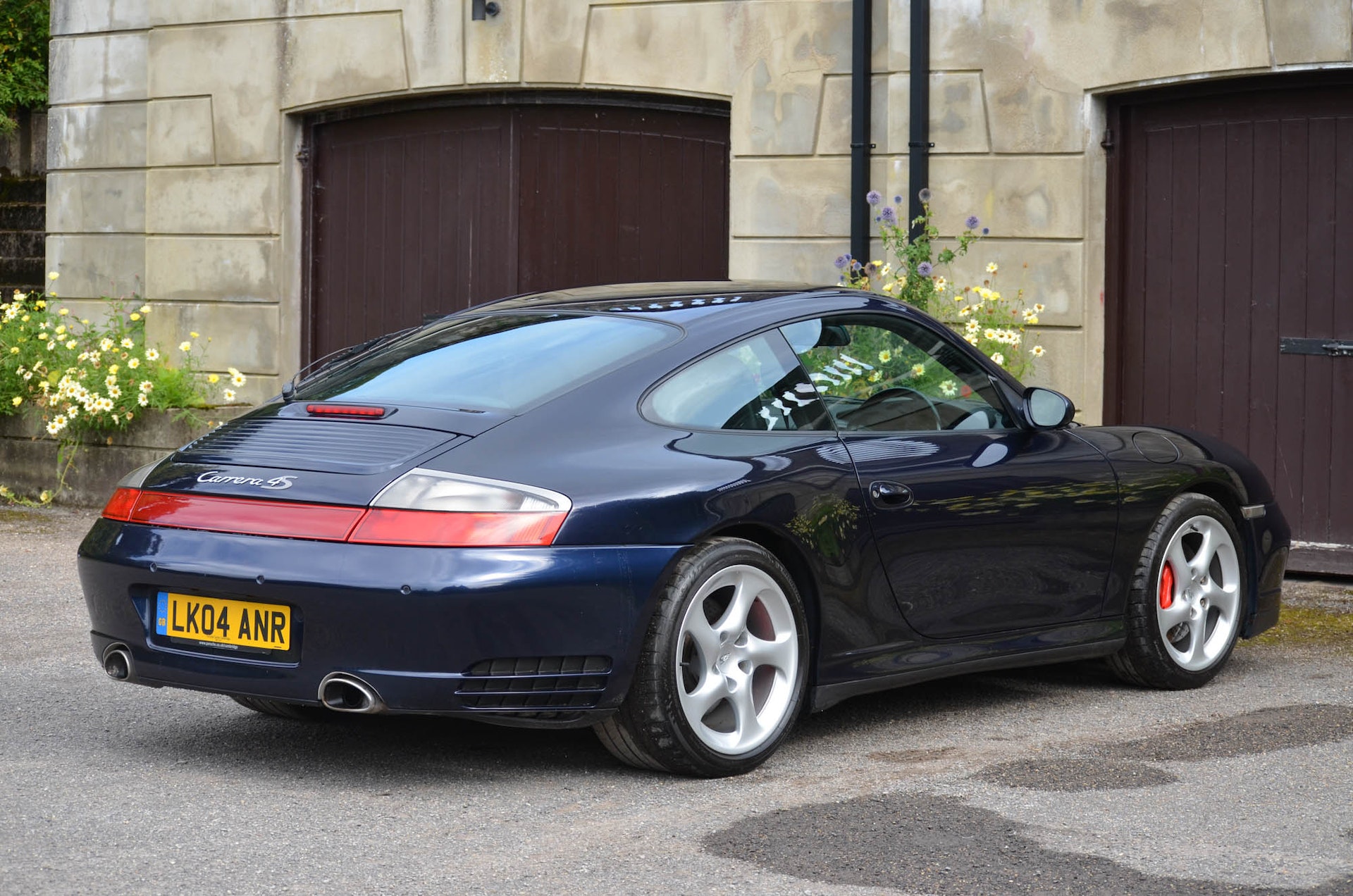 It was first registered in March 2004 and is currently residing in Northern Ireland. The vendor is the sixth owner and has covered around 3,000 miles over the past two years of ownership. It’s been taken out mainly in the summer months and only very occasionally on dry days in the winter, in his words “to keep the engine in perfect condition”. Whenever stored or garaged, the car has always been connected to a dedicated trickle charger. 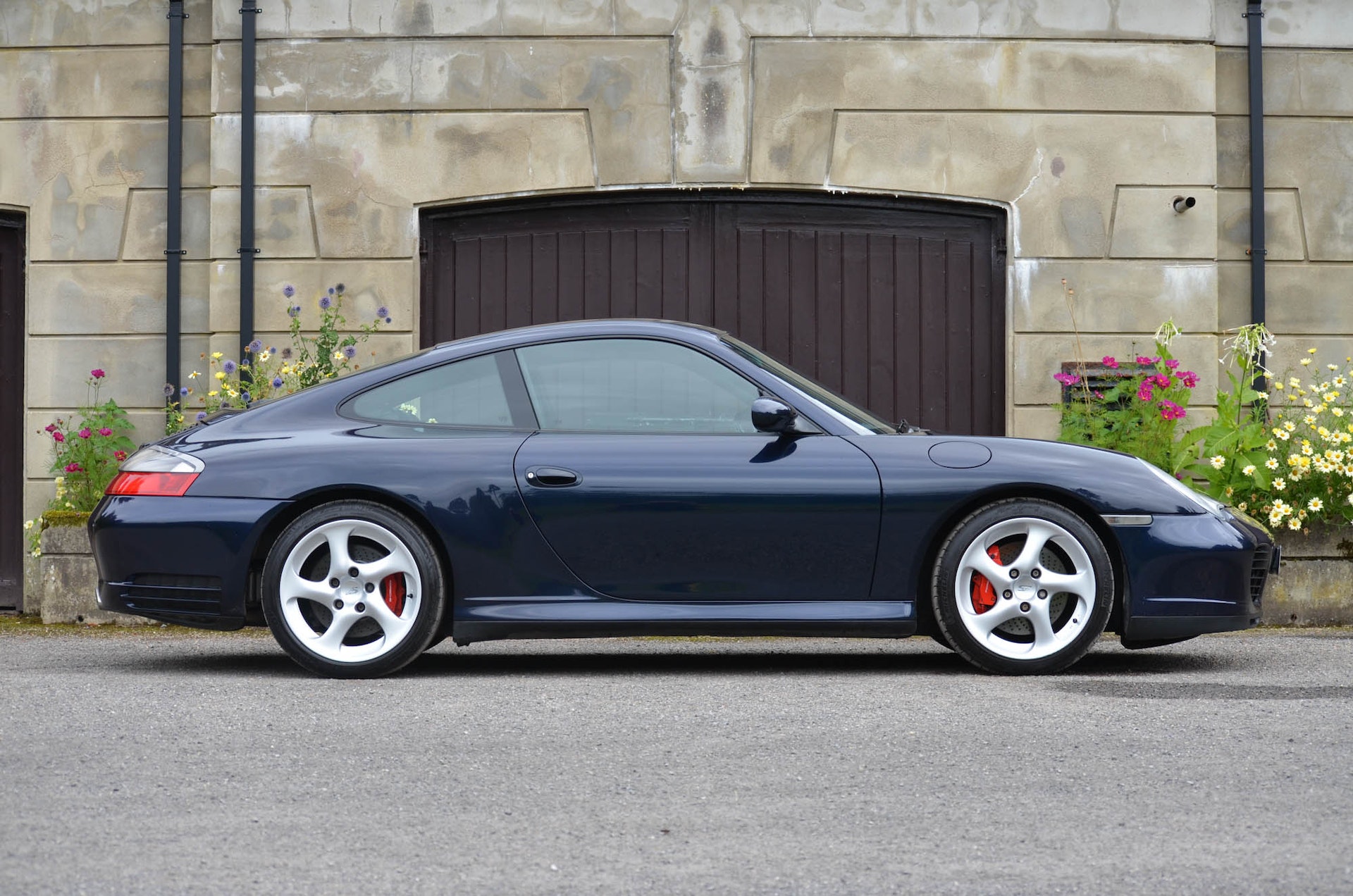 The original Midnight Blue paintwork is described as being in excellent overall condition, with a deep and glossy finish. The only imperfections noted by the vendor are a few small stone chips and minor spots on the wheel arches. All of the exterior trim is in very good order, including its iconic ‘fried egg’ headlamps. 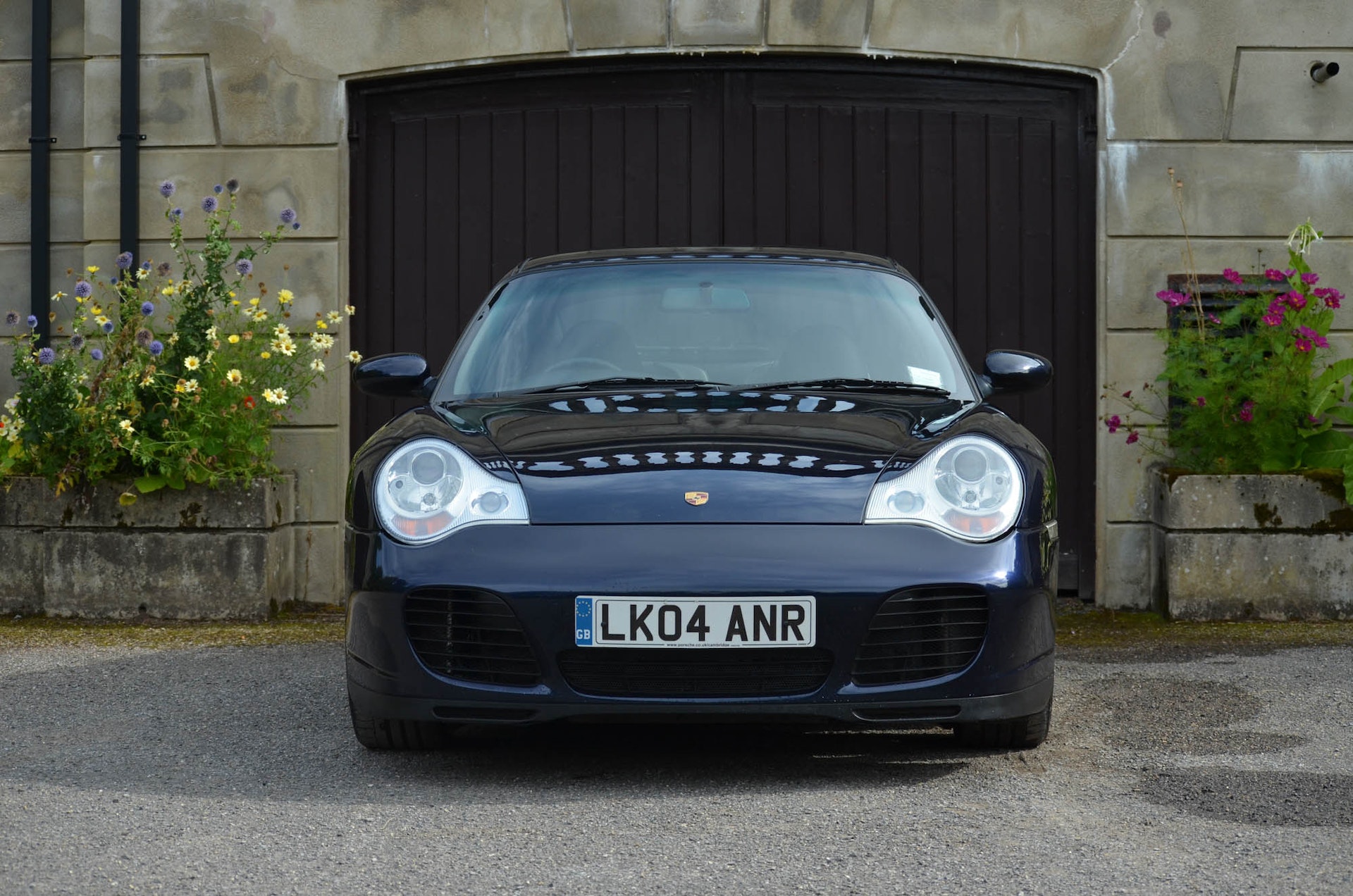 The door jambs, bonnet and boot shuts are all in excellent condition. The car sits on the original 18-inch alloy wheels, which look good but do show a few signs of kerb marks — specifically the rear driver’s side wheel. The alloys are shod in Michelin tyres, which appear to have plenty of tread remaining. 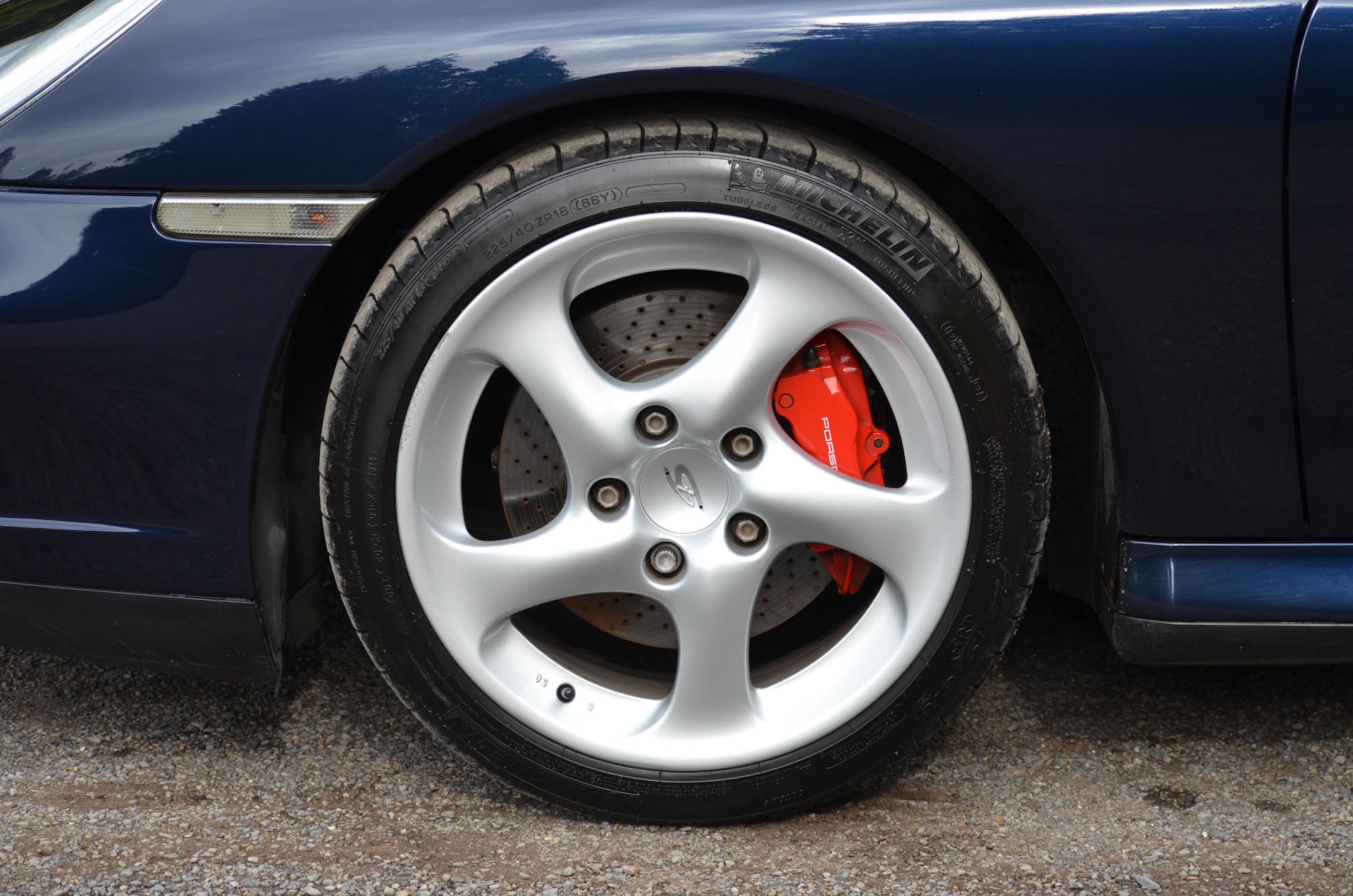 Inside, the car’s cabin is in beautiful condition — a testament to its low mileage and the care the vendor and previous owners have put into maintaining the car. It features a full black leather interior that’s in pristine order, with only the slightest wear noticeable on the driver’s seat, handbrake lever and the gear stick surround. The leather-trimmed steering wheel and gear knob are the original factory-fitted items. As a 2004 example, the car also has Porsche Stability Management (PSM) as a standard option. 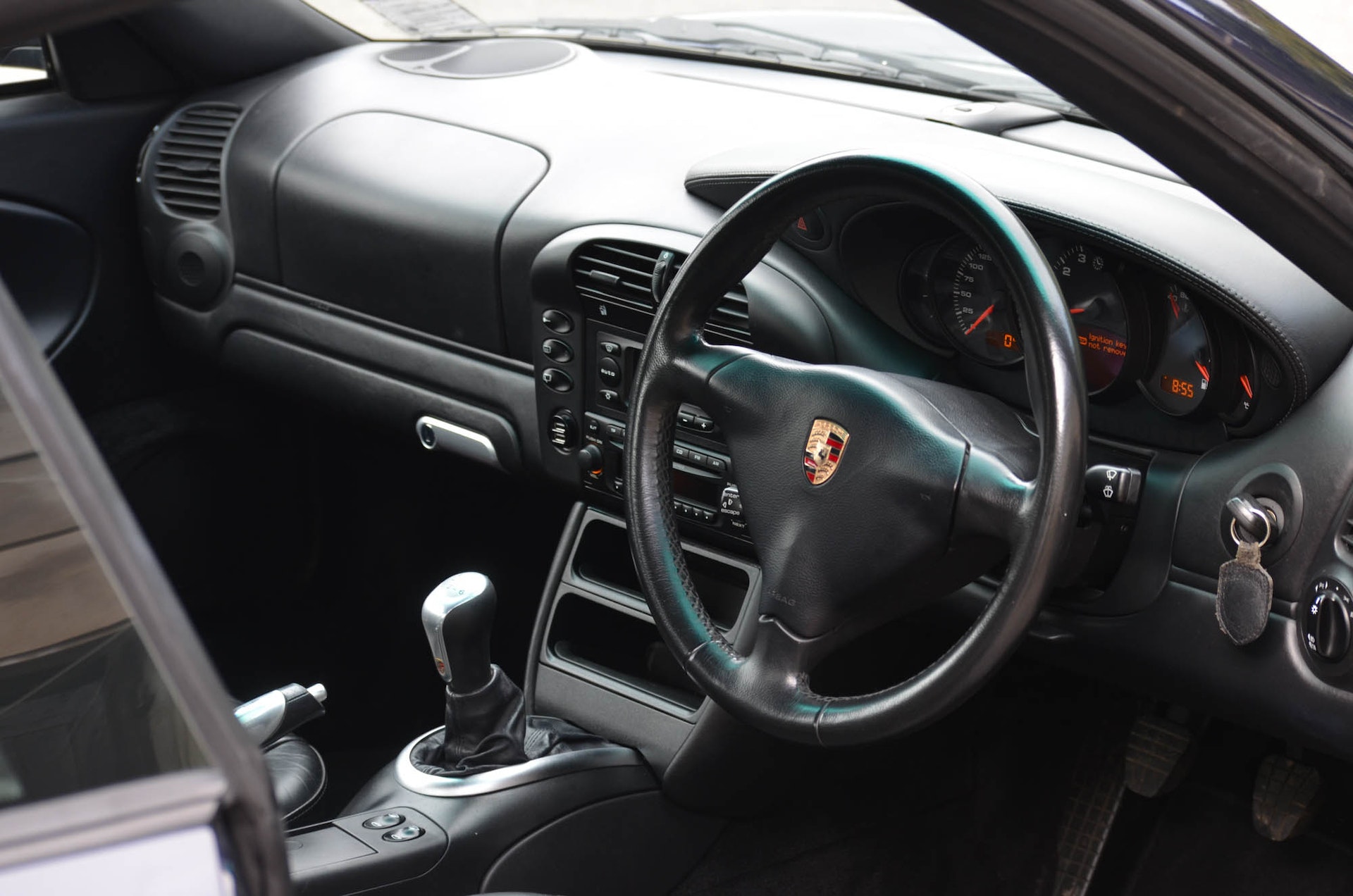 When the vendor purchased the car in the summer of 2017, he immediately took it to the Porsche specialists at GT One in Chertsey, Surrey, who replaced the clutch, Dansk sports exhaust and alternator and performed a service. The invoices for this work are on file and total approximately £4,500. The car has also been fitted with the IMS Solution plain bearing, eliminating a common concern associated with this era of Porsches, as well as a low temperature thermostat to help maintain cylinder lubrication. Recently, the car had an MOT performed in Enniskillen, Northern Ireland on 20 June 2019, with no advisories, meaning that it will be covered for the next 10 months. 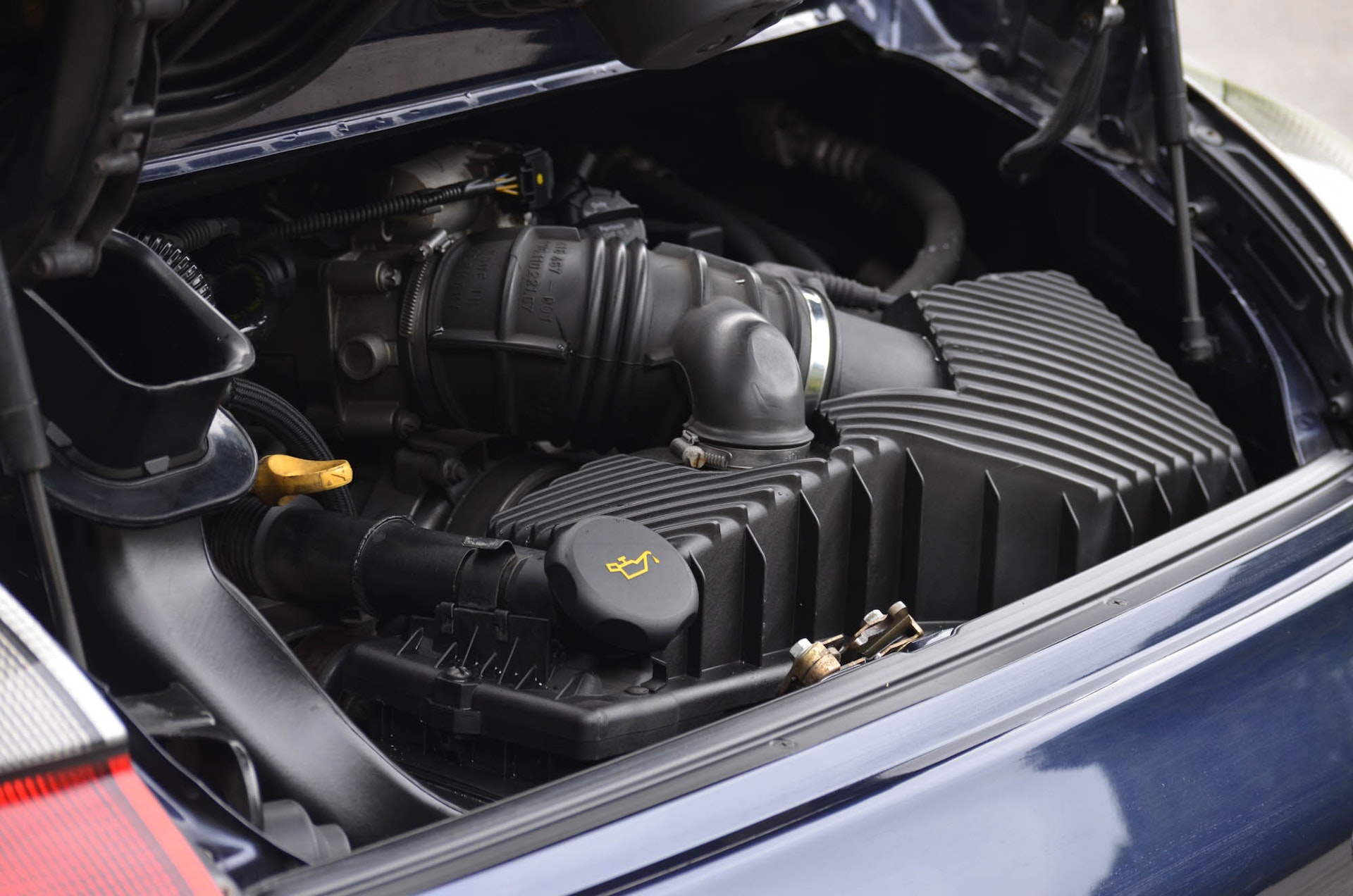 The car is accompanied by the original owner’s manual, and the vendor has a file of paperwork for works carried out over his ownership. The car has been described as a “garage queen” by the vendor, and when asked if there were any faults, the answer was simple: “Honestly, none. It’s never missed a beat.” 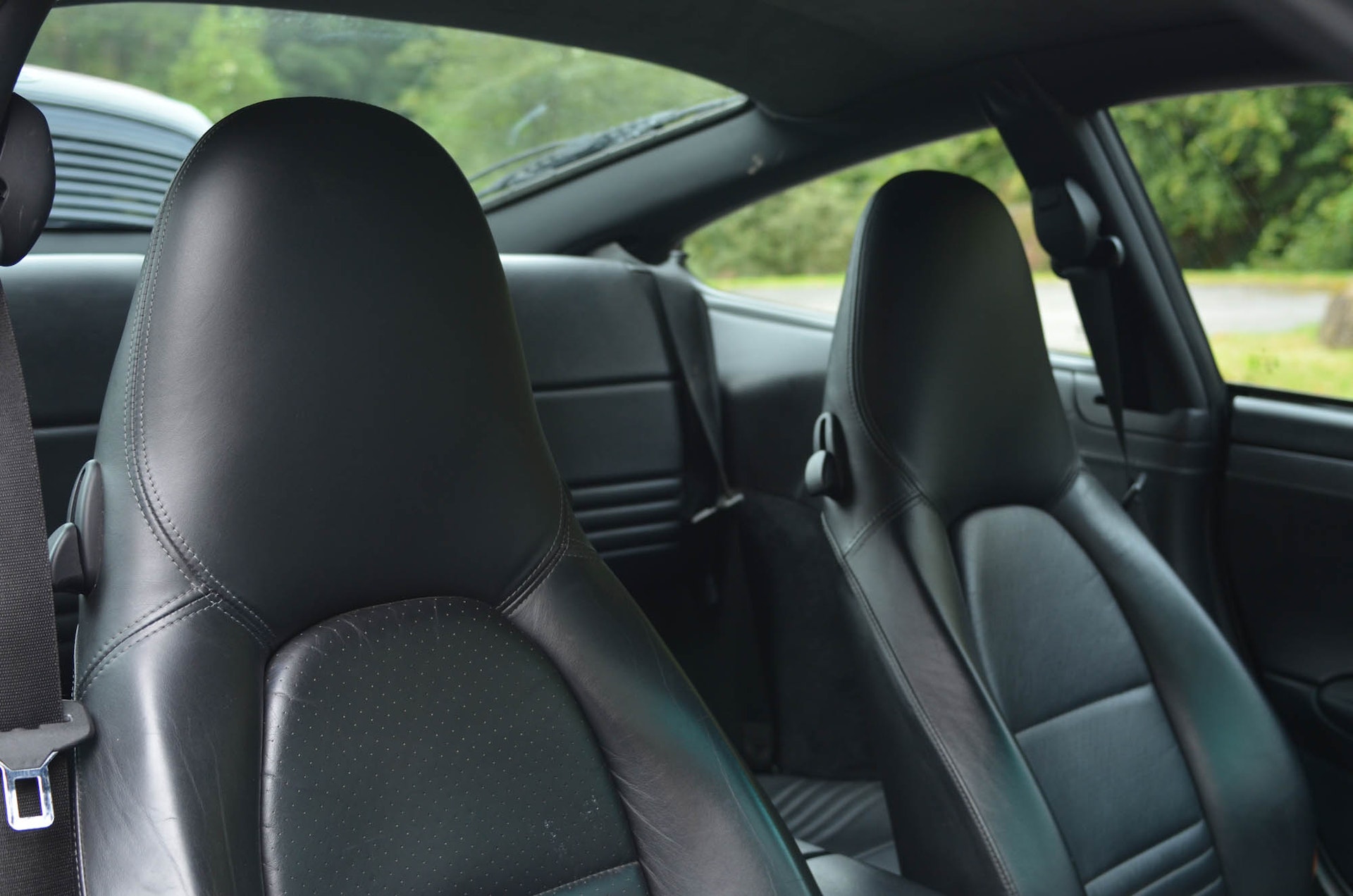 With Porsche models from the 1990s onwards garnering more and more attention, the 996 is setting itself apart for all the right reasons. In recent years, motoring journalist John Barker wrote: “It’s the 911 that, at this moment, strikes just the right balance between classic character and modern performance and features. It will start, it will stop in the wet, and it won’t try to spit you off in the corners if you take liberties or take your eye off the ball. It has enough creature comforts and enough life left in it that, if you really wanted to, you could use it as your only car.” 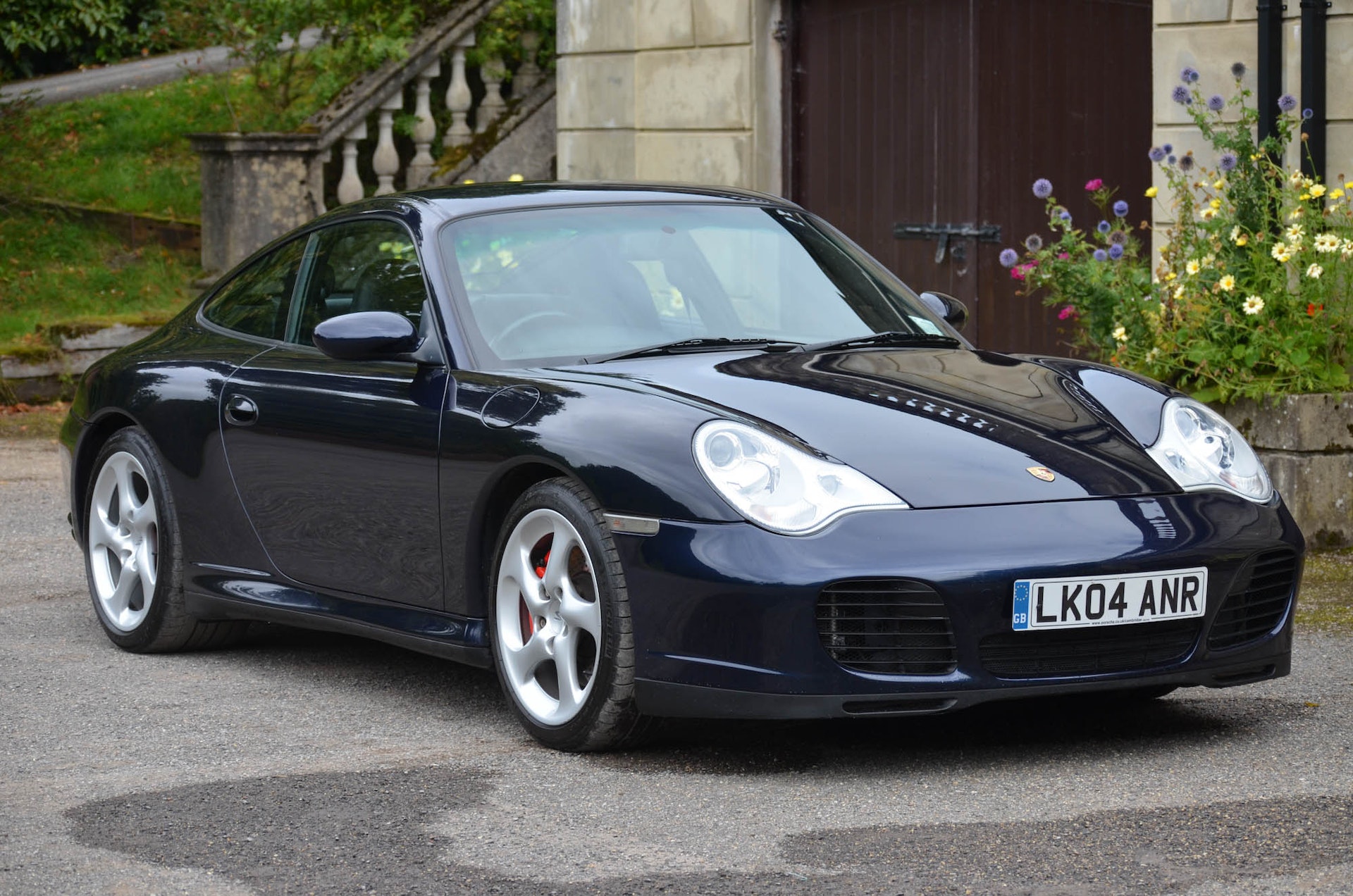 A beautiful example such as this, with its desirable and original Midnight Blue over Black leather colour combination, short shift gearbox, four-wheel drive and low mileage, will surely only become more attractive as the years go by.