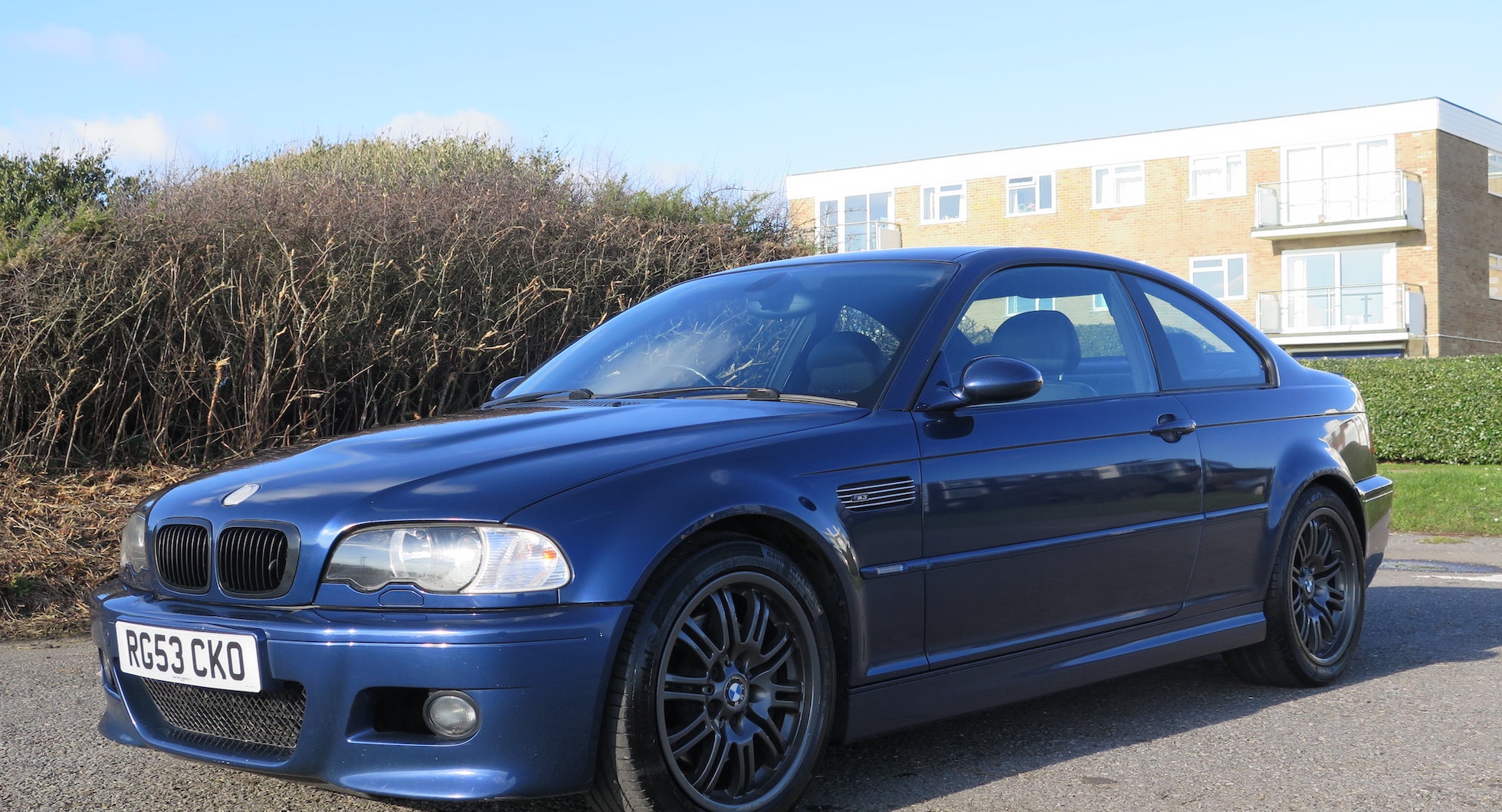 This 2004 BMW M3 (E46) is — in the marque’s own words — a “driving machine for the ages” that is in good mechanical order but could benefit from a few cosmetic refurbishments. It is powered by the 3.2-litre S54 straight-six engine producing 338bhp, driven through the rear wheels via the six-speed manual transmission. The odometer indicates 125,245miles from new. 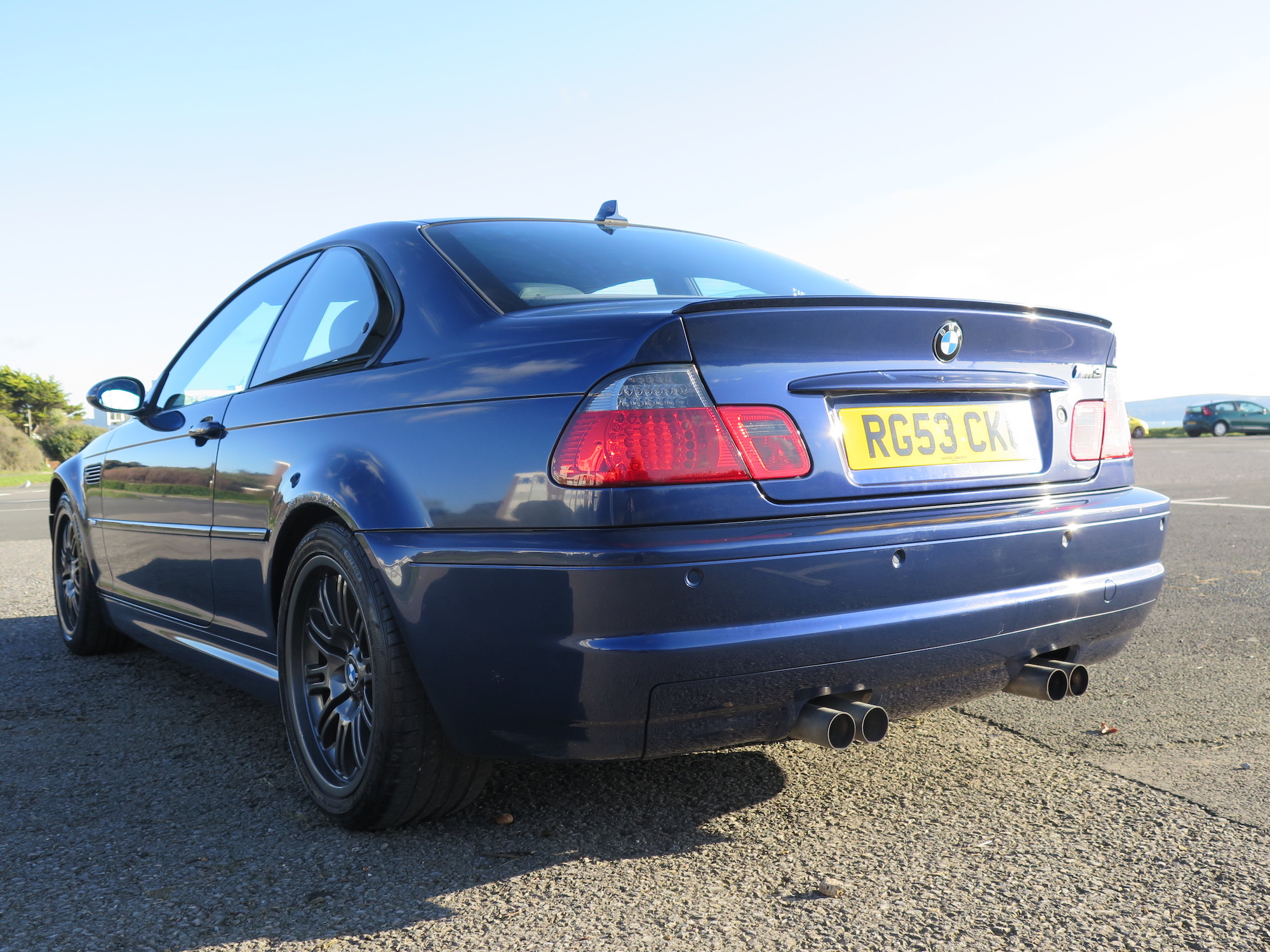 First registered on 2 January 2004, this M3 is an original right-hand drive example that has been owned by the vendor for three-and-a-half years. He’s clearly enjoyed the car during this time, as he’s put almost 7,500 miles on the odometer — an average of over 2,000 miles a year. It has evidently been used as intended by each of its previous keepers, a testament to the comfort and drivability of this M3. 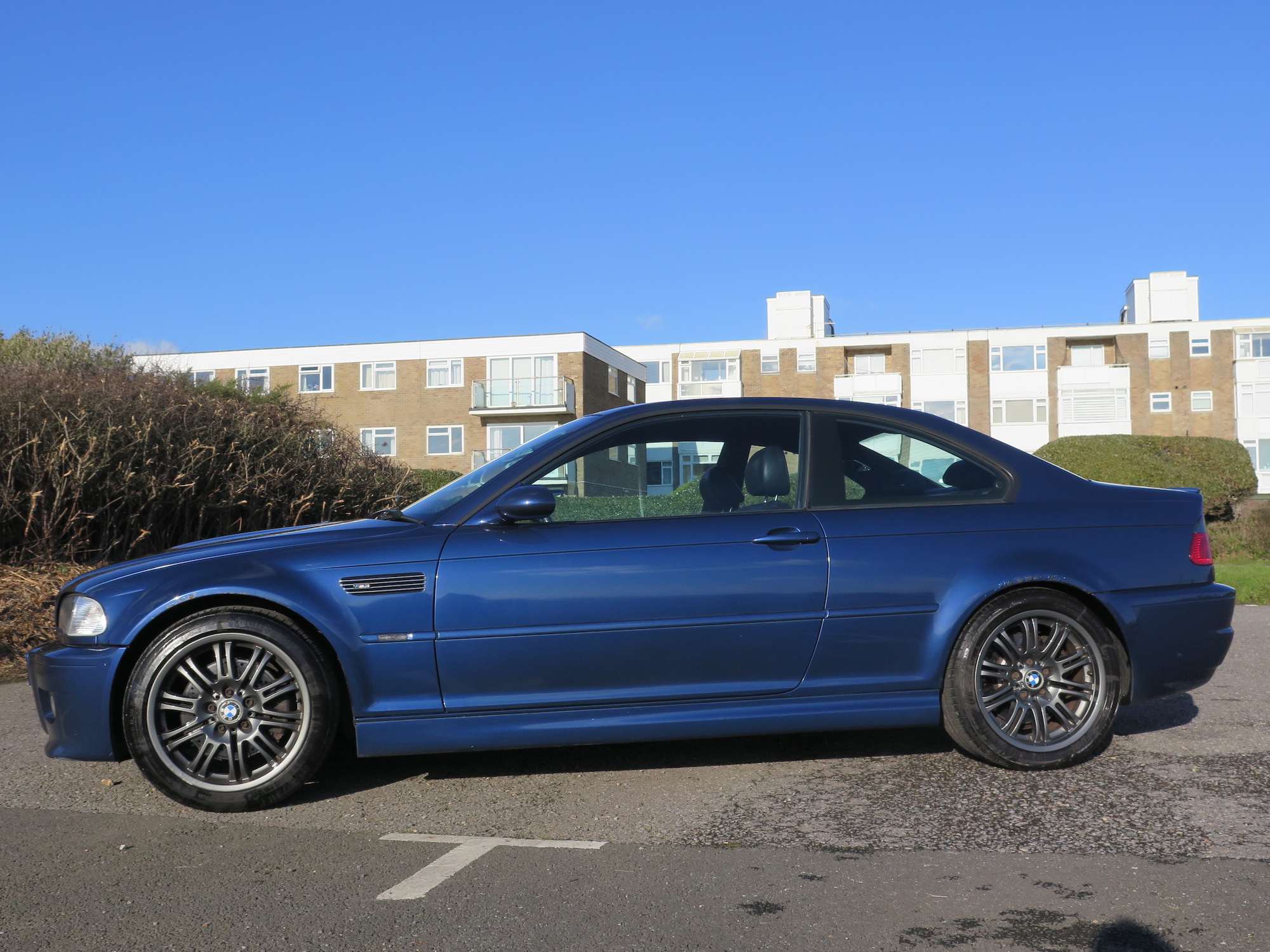 Its bodywork is in generally good order, although the Mystic Blue paint itself is described as being in fair condition, and could be brought up to a higher standard in the future. The car has never been repainted and so the car presents as an honest and well-used example. There is a small patch of lacquer peeling on the front bumper, as well as some stone chips on the nose, and the front badge paintwork has been worn off. 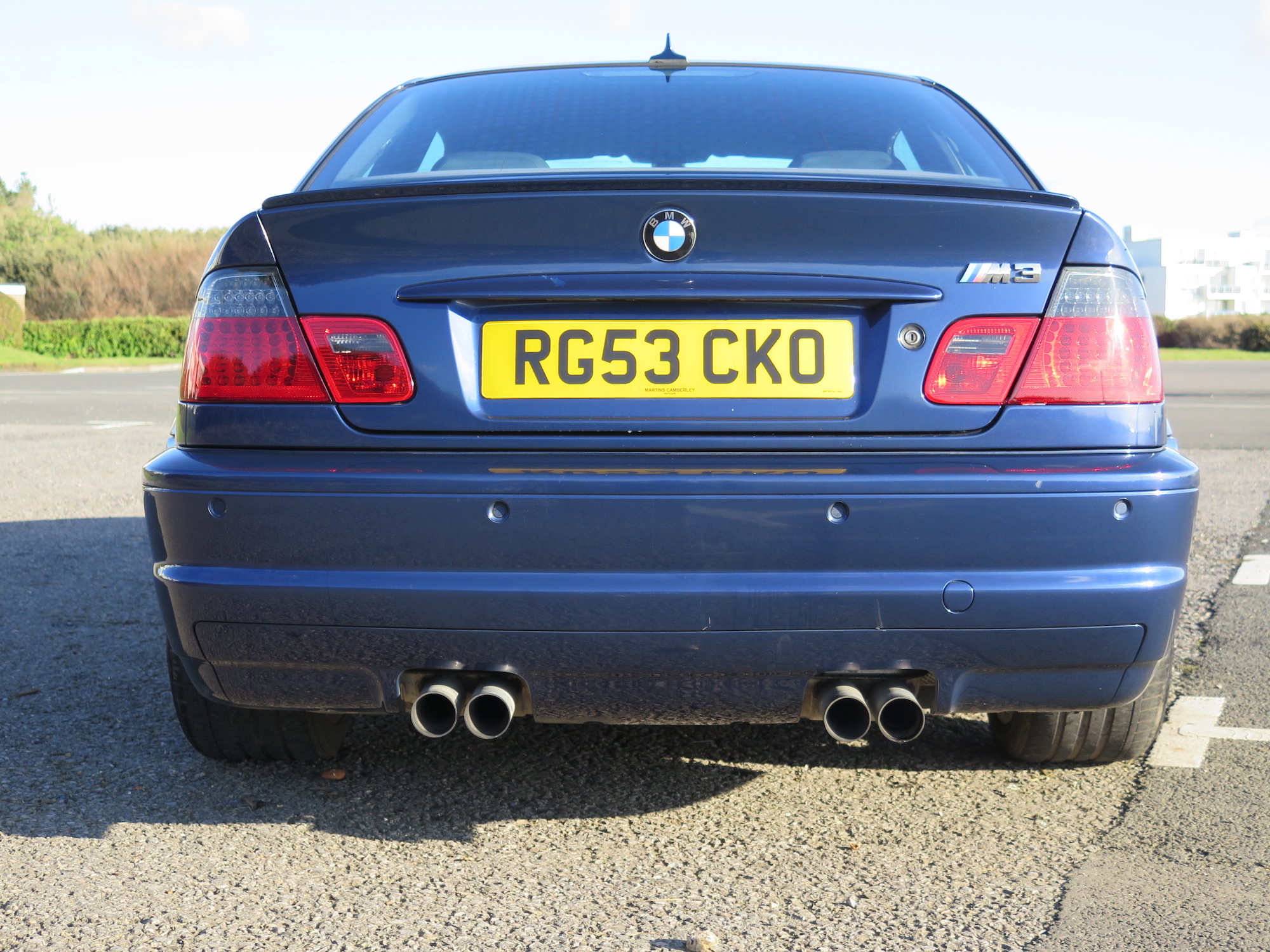 Bubbling in the paint and subsequent surface corrosion is a common affliction on M3s of this age, but it’s something that’s fairly inexpensive to rectify. Most of the bubbling can be found around all four wheel arches. The car sits on a set of BMW M Double Spoke alloy wheels, which show a few kerbing marks, whilst the 225/45 R 18 Continental tyres in the front and 255/40 ZR18 Falken tyres at the rear are all in good condition, with plenty of tread. 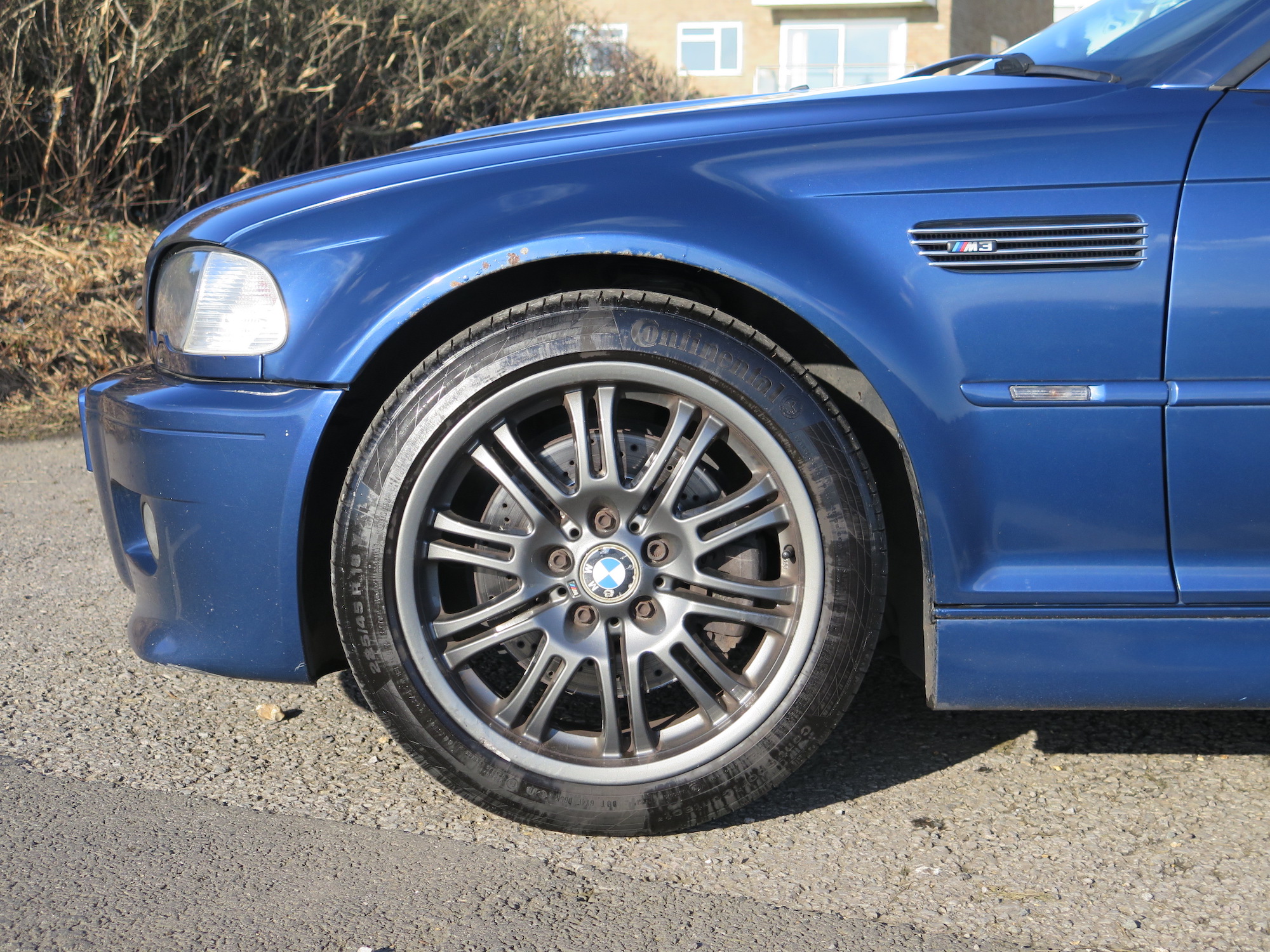 The interior is all original and described as being in fair condition. The steering wheel and leather seats show signs of use that you would expect given the age and mileage. It also features an electric sunblind for the rear window. The carpets are in good condition, as is the Fine Wood trim on the dashboard, gear knob surround and door handles — except for the driver’s side door, where it has come unglued. The boot shows some stains and scratches, with some holes in the material on the backs of the rear seats, while the towing eye and wheel nut key remain in the tool storage compartment on the lid. 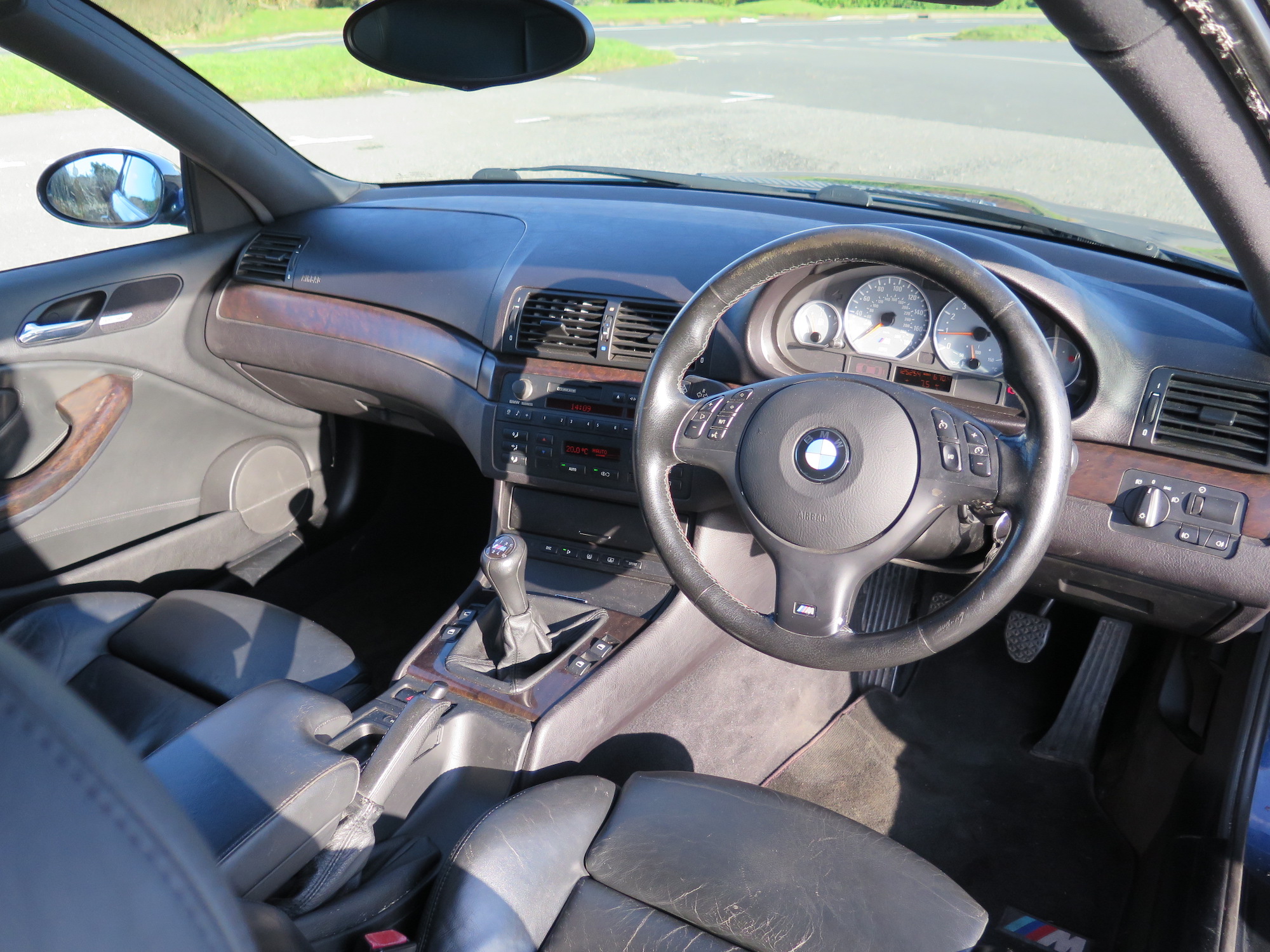 The chassis and suspension mountings are in good condition, and the engine bay is tidy. The most recent MOT was carried on 4 November 2019, and the car passed with one advisory for an oil leak on the rear axle. The car was last serviced by the owner on 1 November 2019, which included replacing the oil and filters, and installing a new set of rear LED lights and new wheel speed sensors all round. 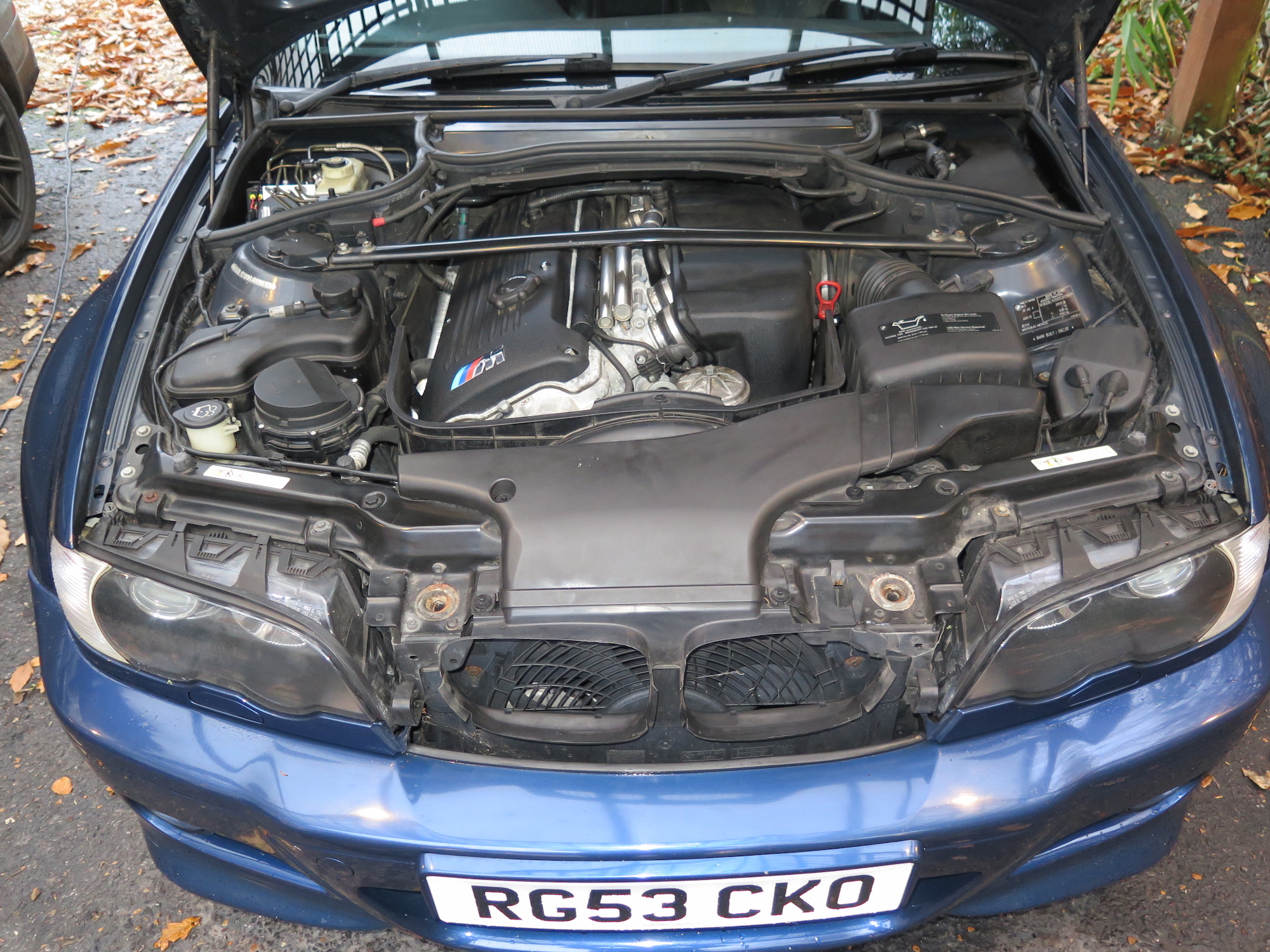 The vendor has been very diligent in his maintenance of the car, performing oil and filter services every 5,000 miles and performing small check-ups as and when needed. New rear springs were also fitted, and the driver’s airbag was replaced due to a recall. The car is also accompanied by two sets of keys. 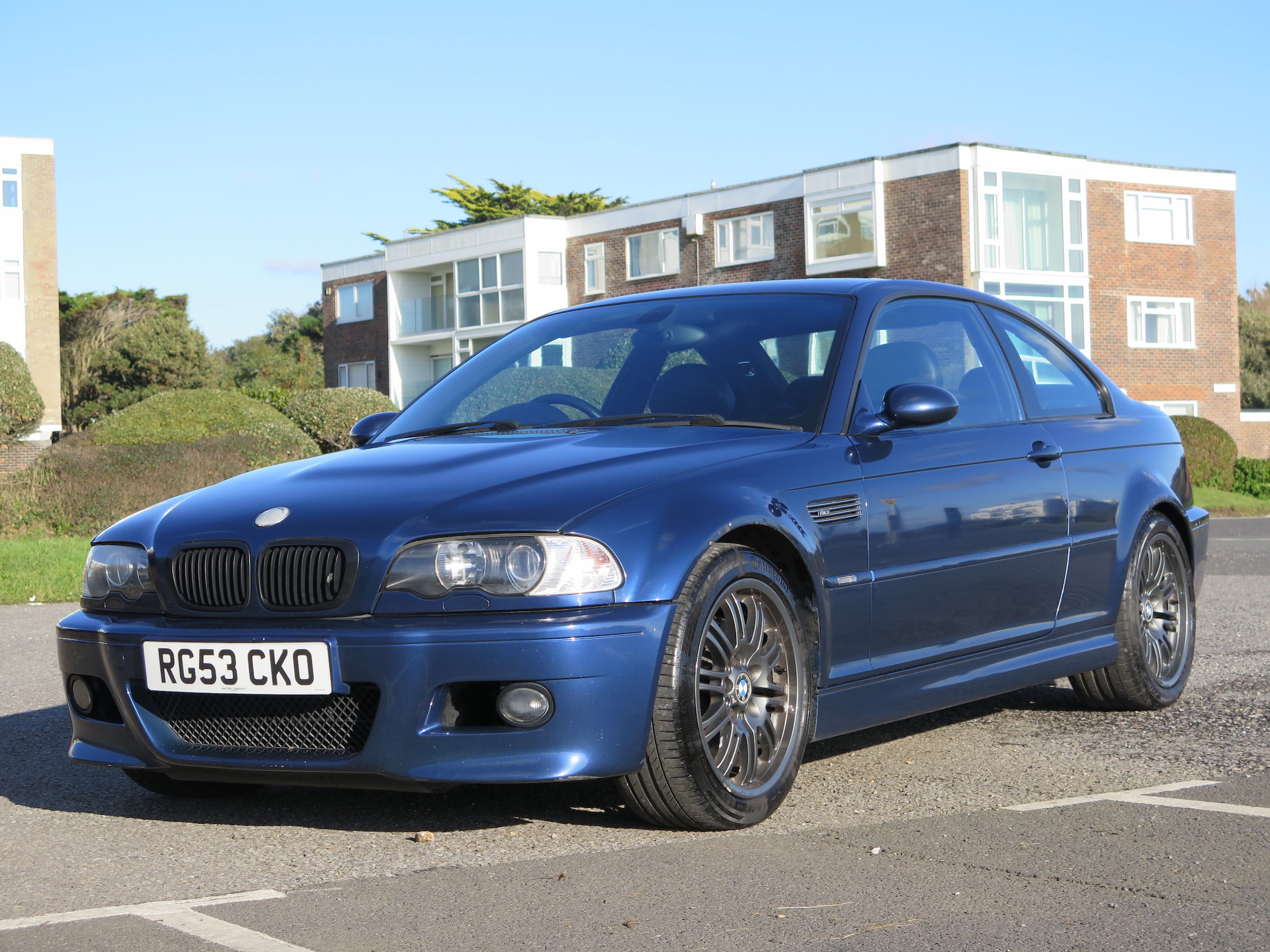 Due to its timeless design and powerful proportions, the third-generation M3 is one of the most successful BMW M models to date. This 2004 BMW M3 (E46) is in good mechanical condition — its six-speed manual transmission making it all the more desirable — and while it could use a small amount of cosmetic attention, this modern classic surely won’t disappoint on the road.