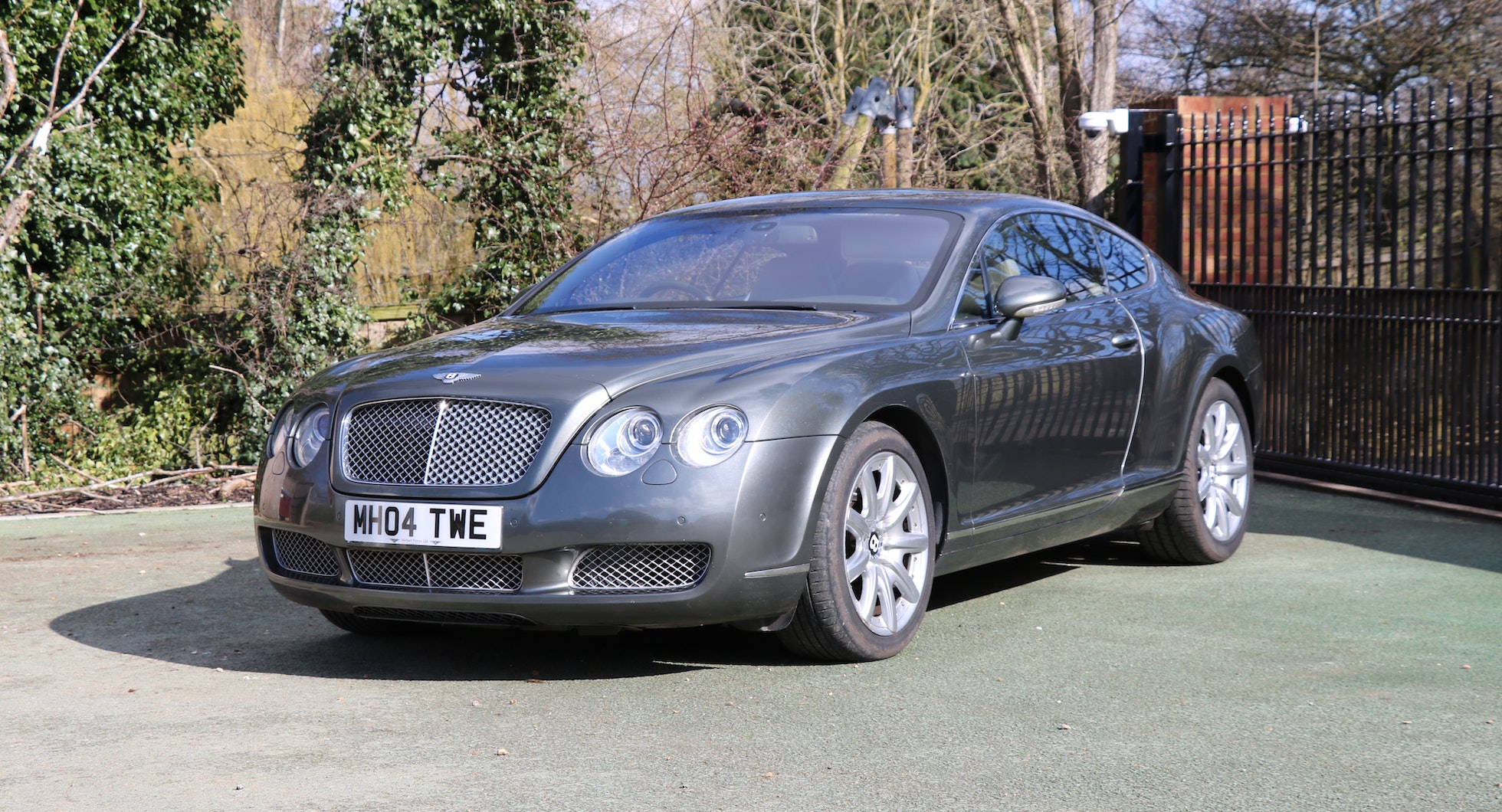 This 2004 Bentley Continental GT is a stately grand tourer, which is presented in sound and usable condition. It is powered by the 552bhp 6.0-litre twin-turbocharged W12 engine, with all-wheel-drive via the six-speed ZF automatic transmission. The odometer shows 64,000 miles from new, which is fully supported by the service and MOT history. 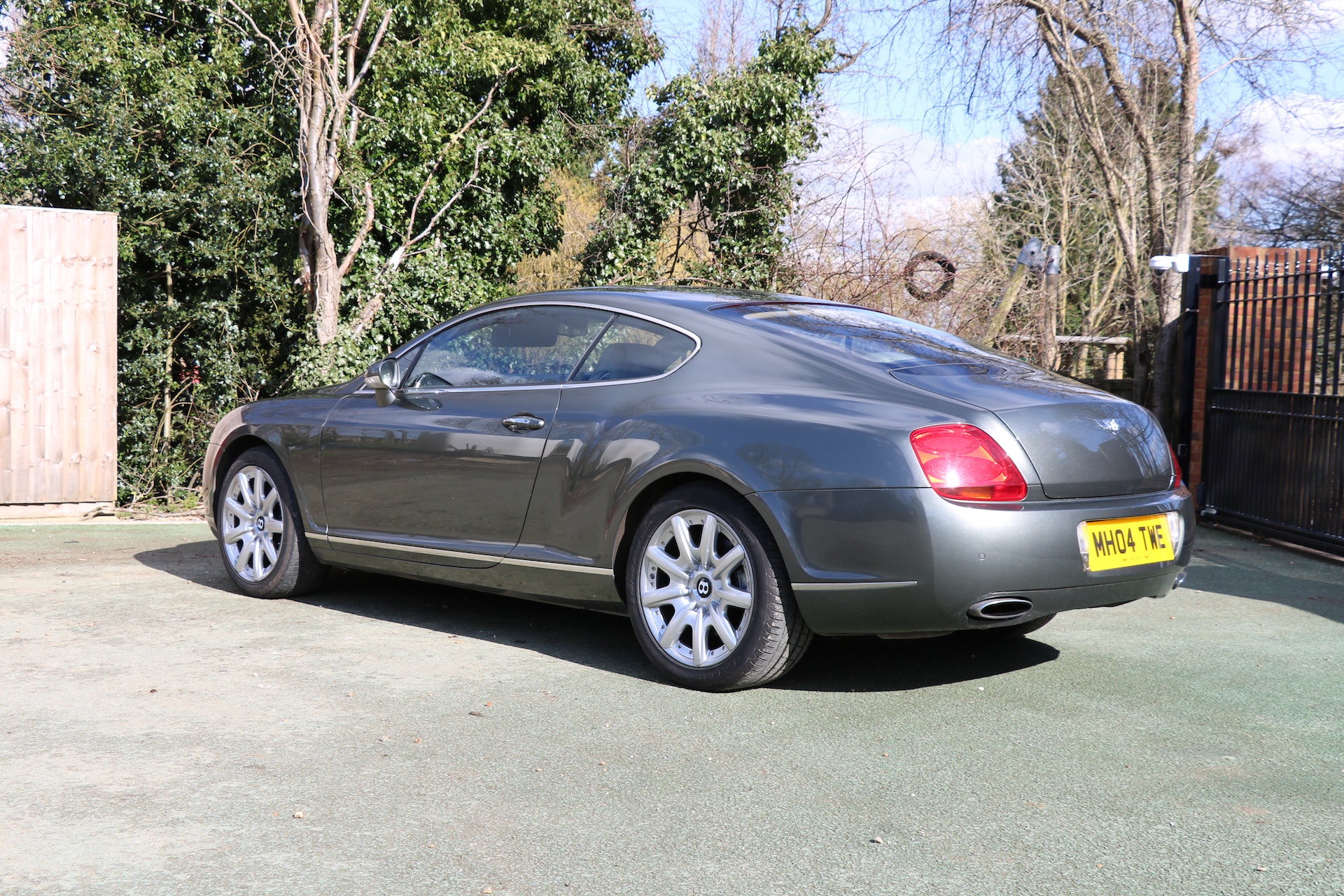 An original UK right-hand drive example, it was first registered in July 2004. Each of its owners has kept the car in original condition, and so today it remains in its smart factory specification. The most recent registered keeper has just traded the car in to acquire a classic Ferrari, and so it is offered by a dealer seller to a new enthusiast owner. 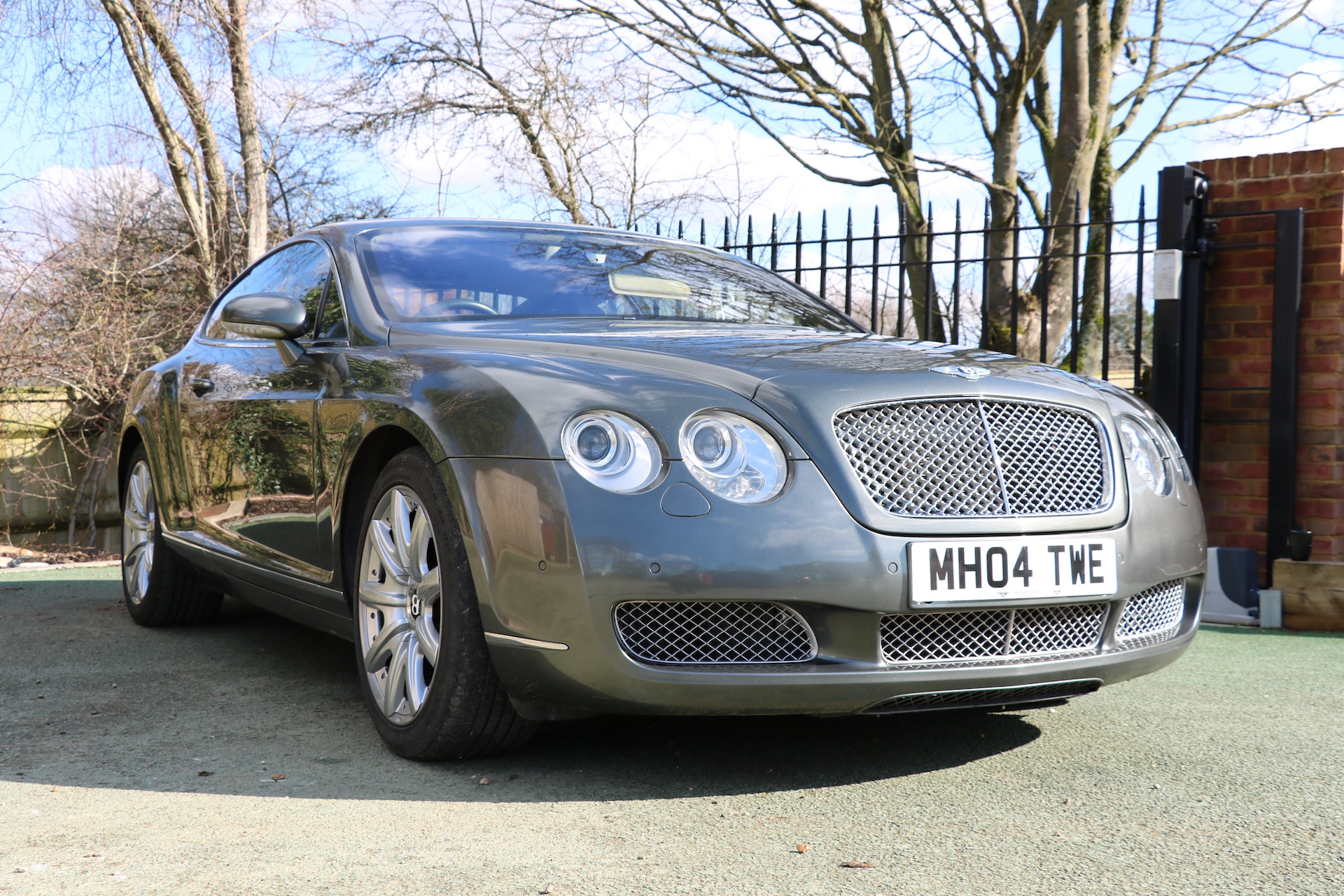 The exterior of the car is presented in fair condition for its age and mileage, with a few small scuffs in the paint around the bumpers, nearside front wheel arch, and the boot lid - which are shown clearly in the media gallery below. There is also a small dent in the offside rear C-pillar. 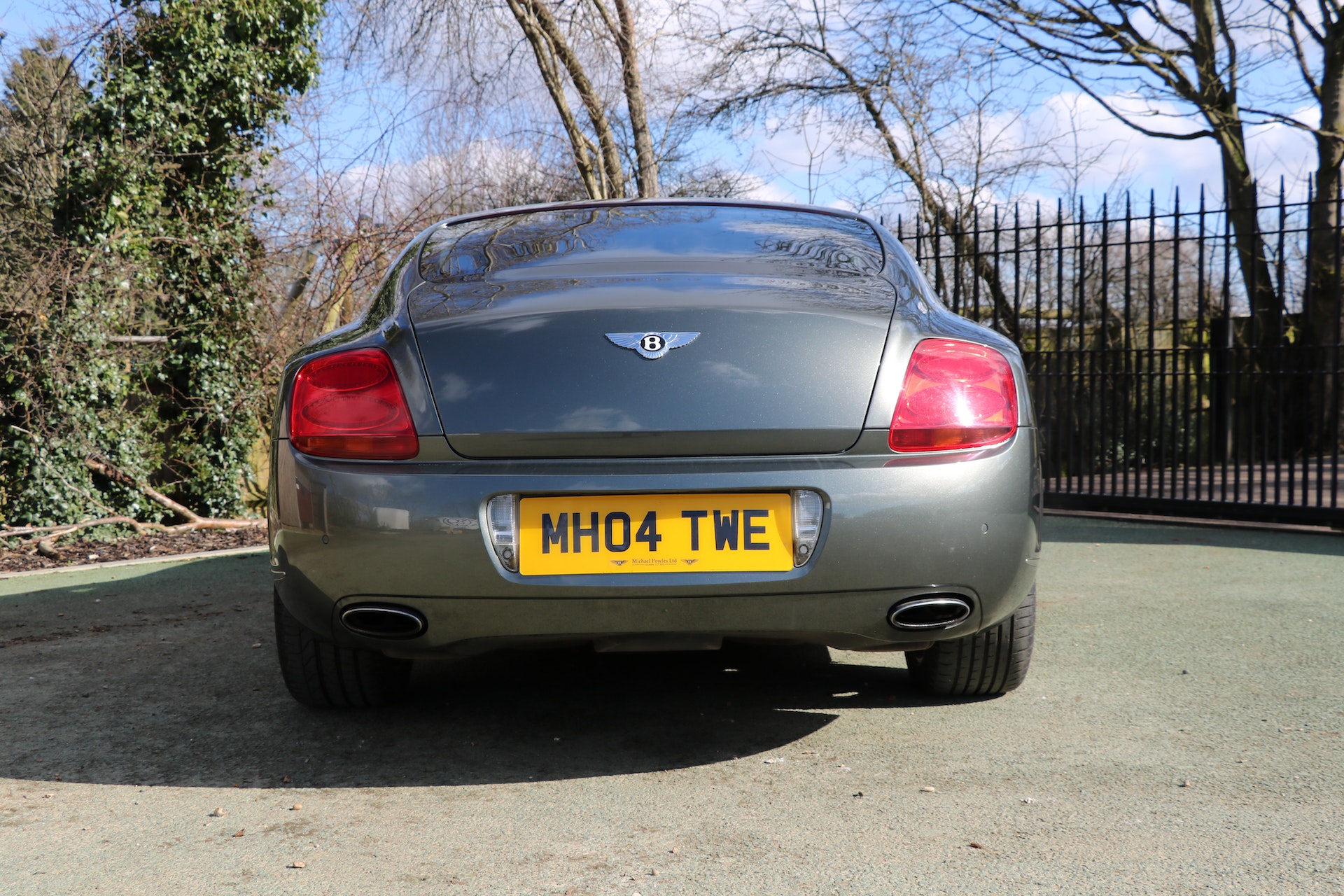 All of the light lenses, chrome, door jambs and shuts are in good order, and the car retains its original exhaust with the twin oval stainless steel tail pipes. It rides on a set of nine-spoke 19-inch split-rim alloys, which were a factory cost option. The wheels are in generally good order, with just a few lacquer blemishes and areas of chipped paint. 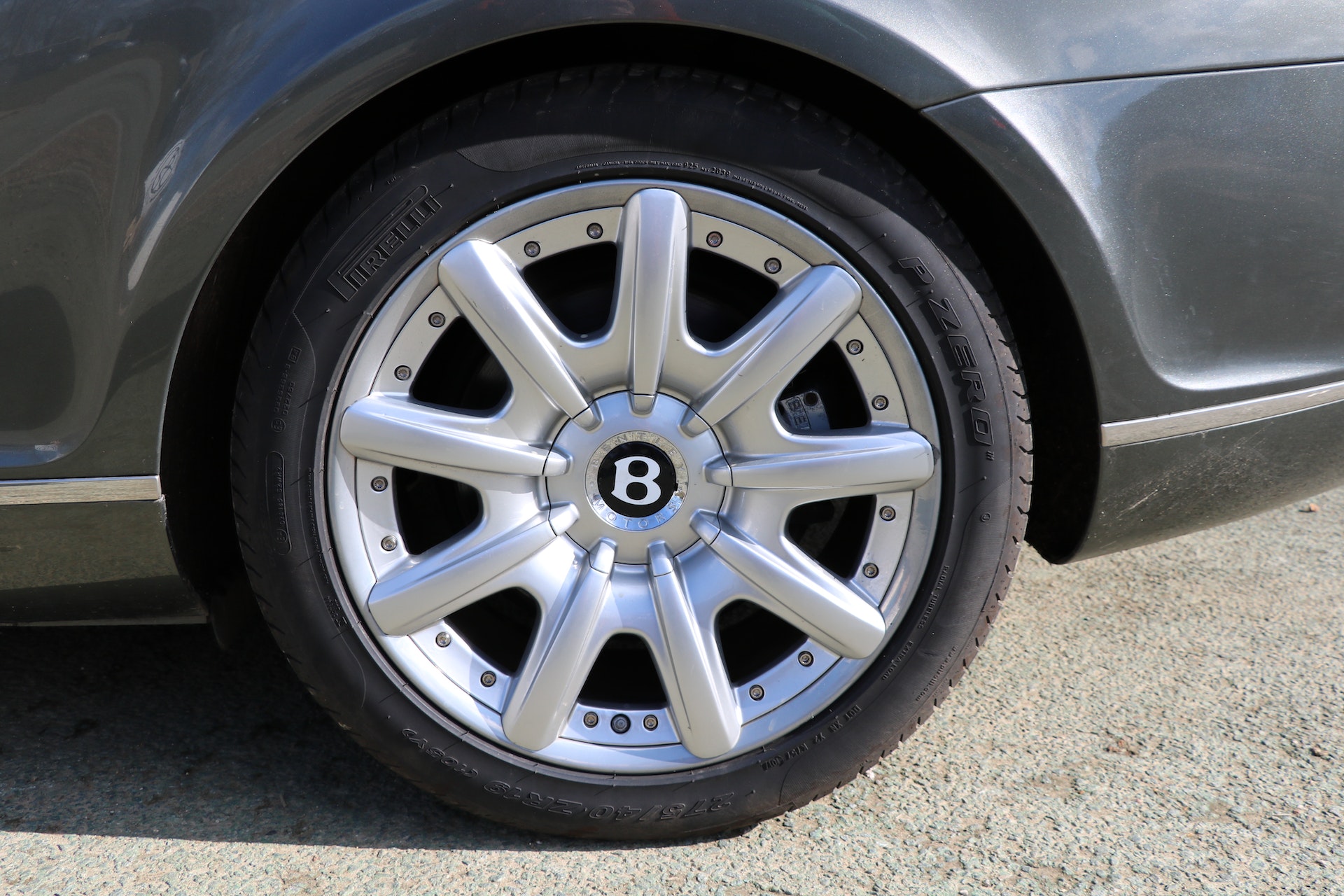 The cabin is trimmed in a combination of high-grade Savannah and Spruce leather, with the former on the seats, lower dashboard and door panels, and the latter on the top sections, transmission tunnel, and steering wheel. The seats show some visible wear in line with age and use, but no rips or tears in the hide. Its headlining is starting to sag slightly over the rear seats. 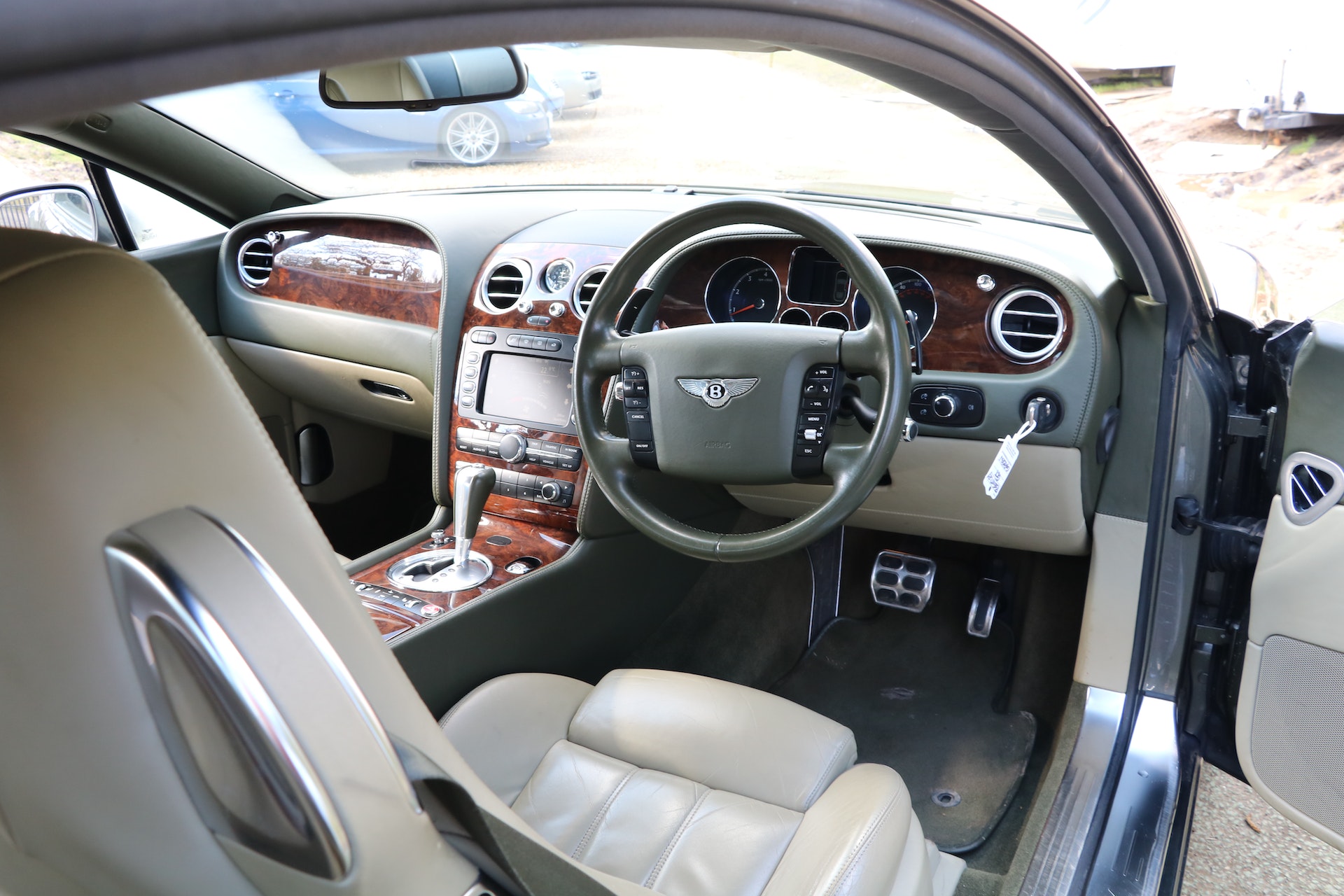 All of the burr walnut veneers appear to be in great shape, and the car features the extended wood option with veneers also present in the door cards, rear quarter panels, and rear armrest. Both front seats have full electric adjustment, as well as heating and memory settings, and a lumbar massage function. 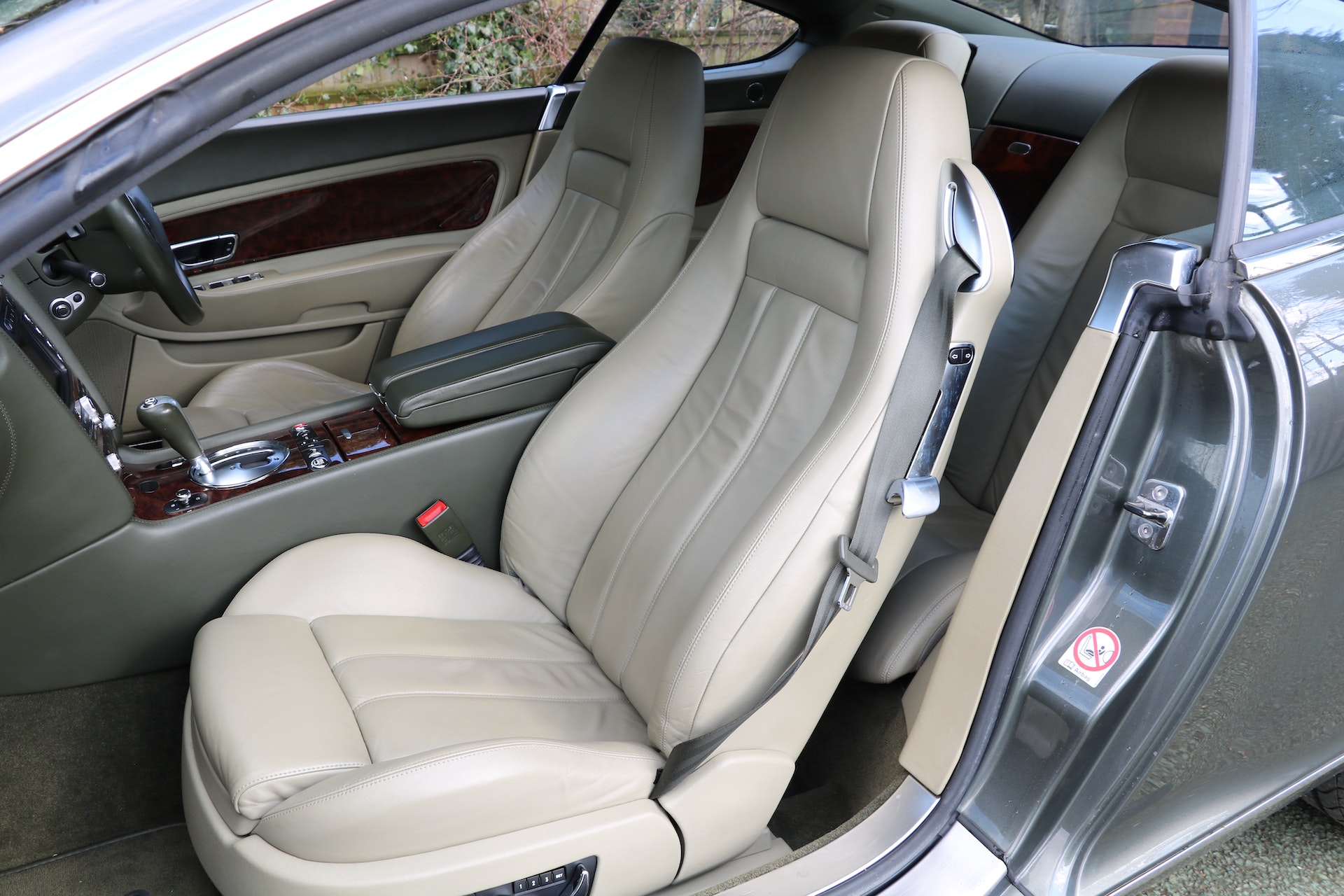 Factory-fitted equipment includes an infotainment system with a six-disc CD changer and DVD satellite navigation, cruise control, multi-zone climate control, and front and rear parking sensors. The nearside rear electric window is not currently working, and there is a check light showing regarding the brake lights, which is commonly associated with an intermittent high-level brake light fault. At the back of the car, the boot lining is in very good order, and under the floor are the original tools, locking wheel nut, and the space-saver spare wheel and tyre. 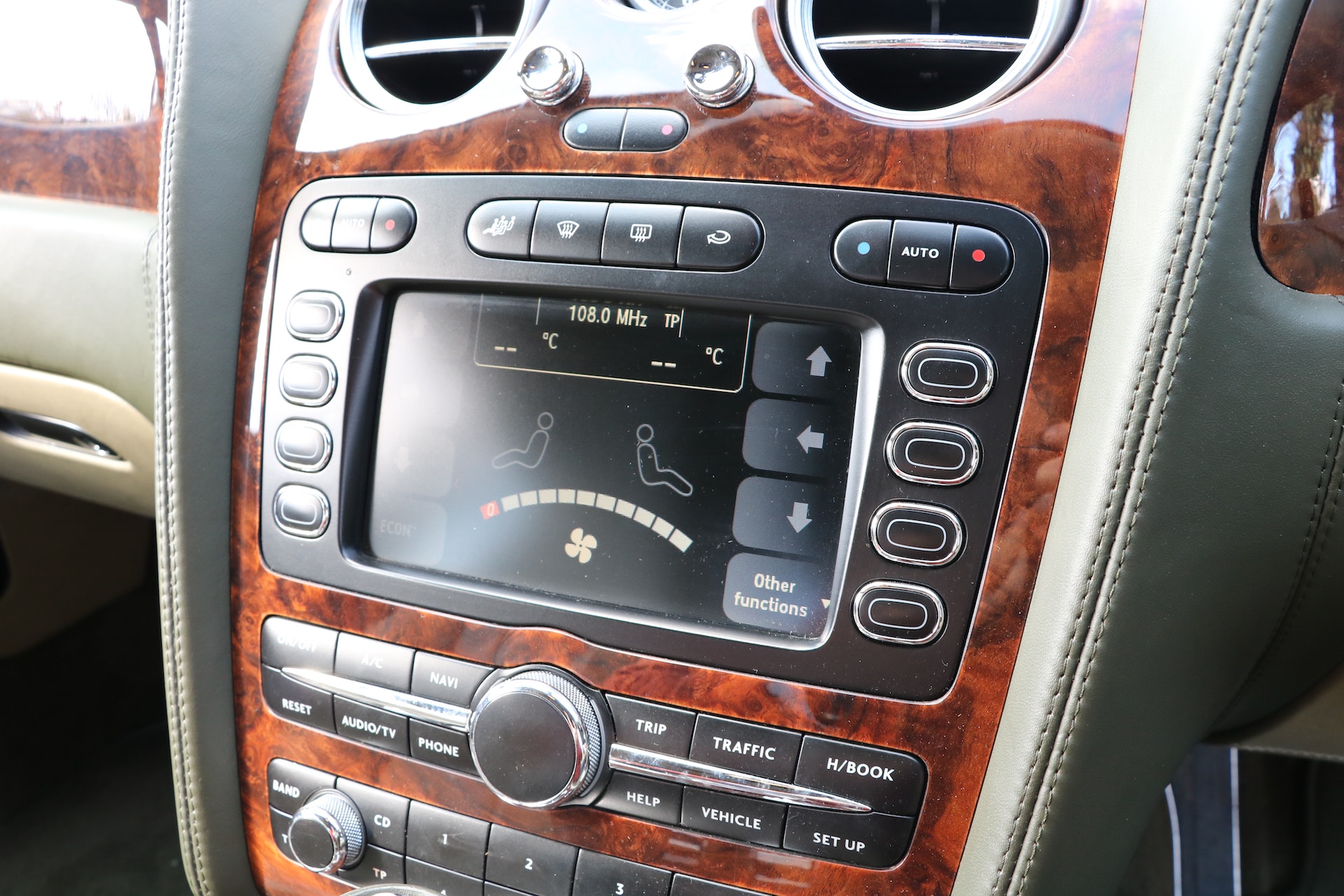 The last scheduled maintenance was in November 2018 at approximately 62,200 miles. It consisted of a basic annual service, and was carried out by independent marque specialist GT Services in Crewe, Cheshire. The two previous services were in 2017 and 2014. 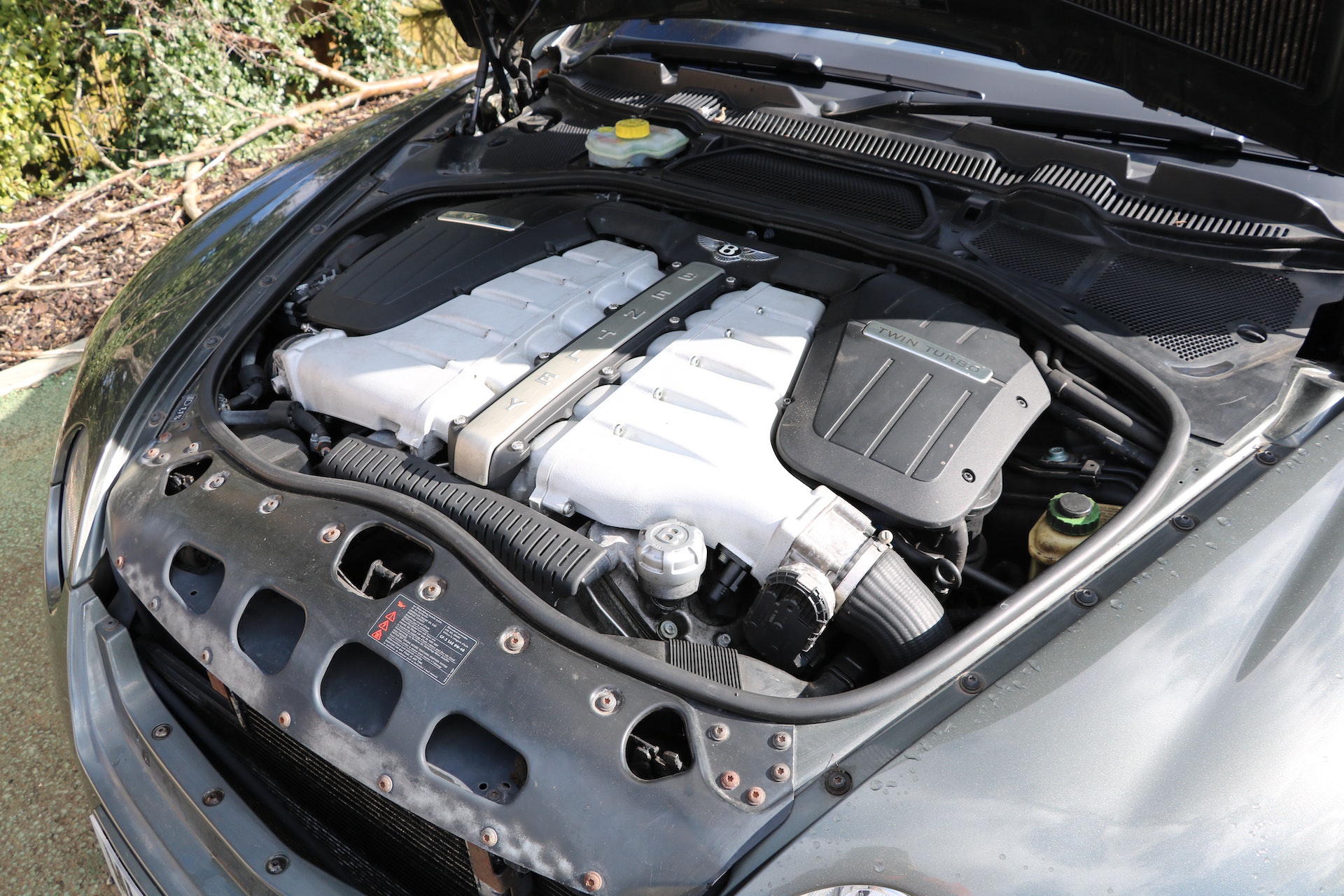 Its most recent MOT test was on 15 October 2019 at 63,461 miles, which resulted in a first-time pass with no advisories. The wheels are shod in 275/40 ZR19 tyres all round, which have around 3-4mm of tread remaining at the front, and around 5mm at the rear. 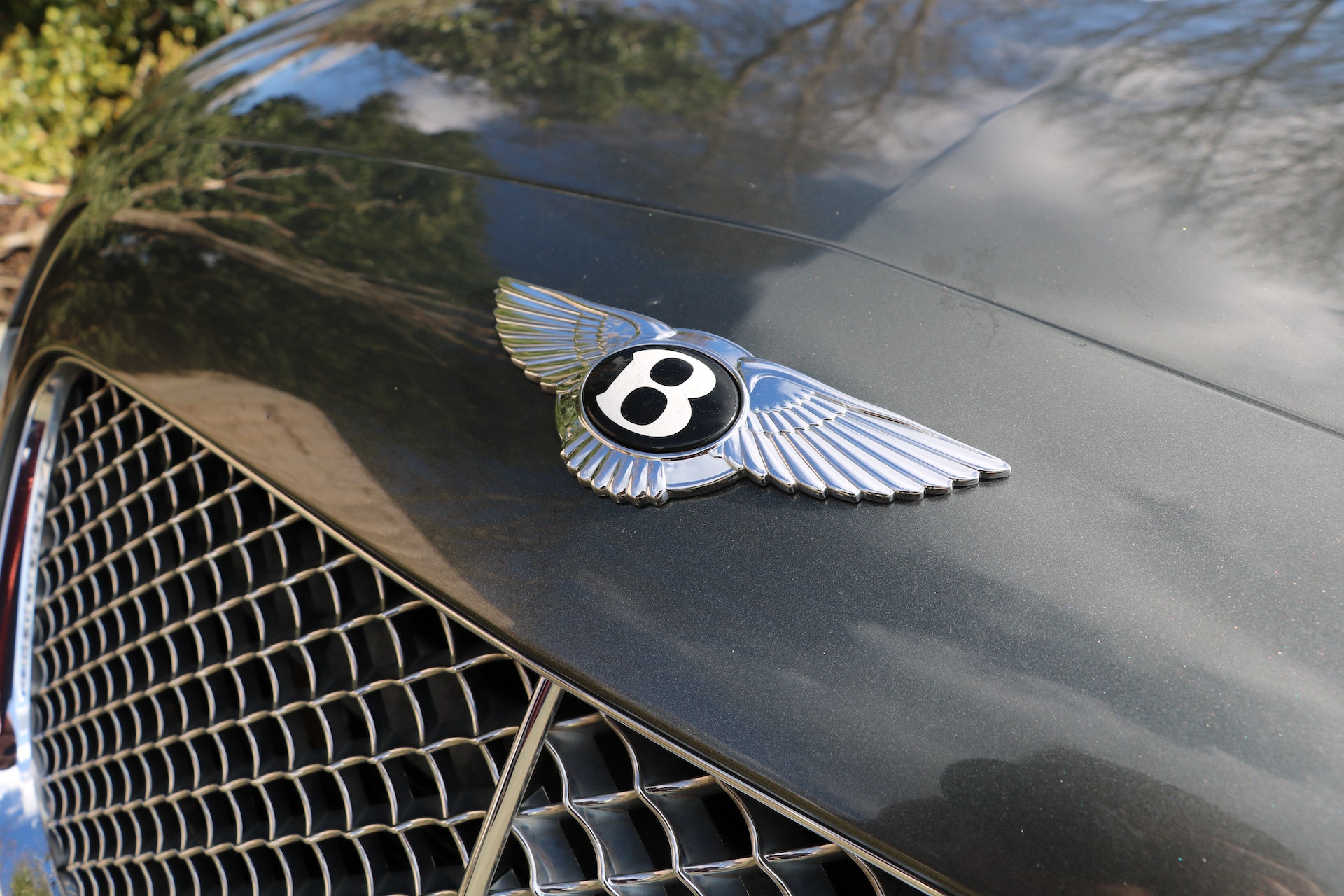 Accompanying the car is the original book pack, including the stamped service record, which logs 10 maintenance visits over the last 15 years. 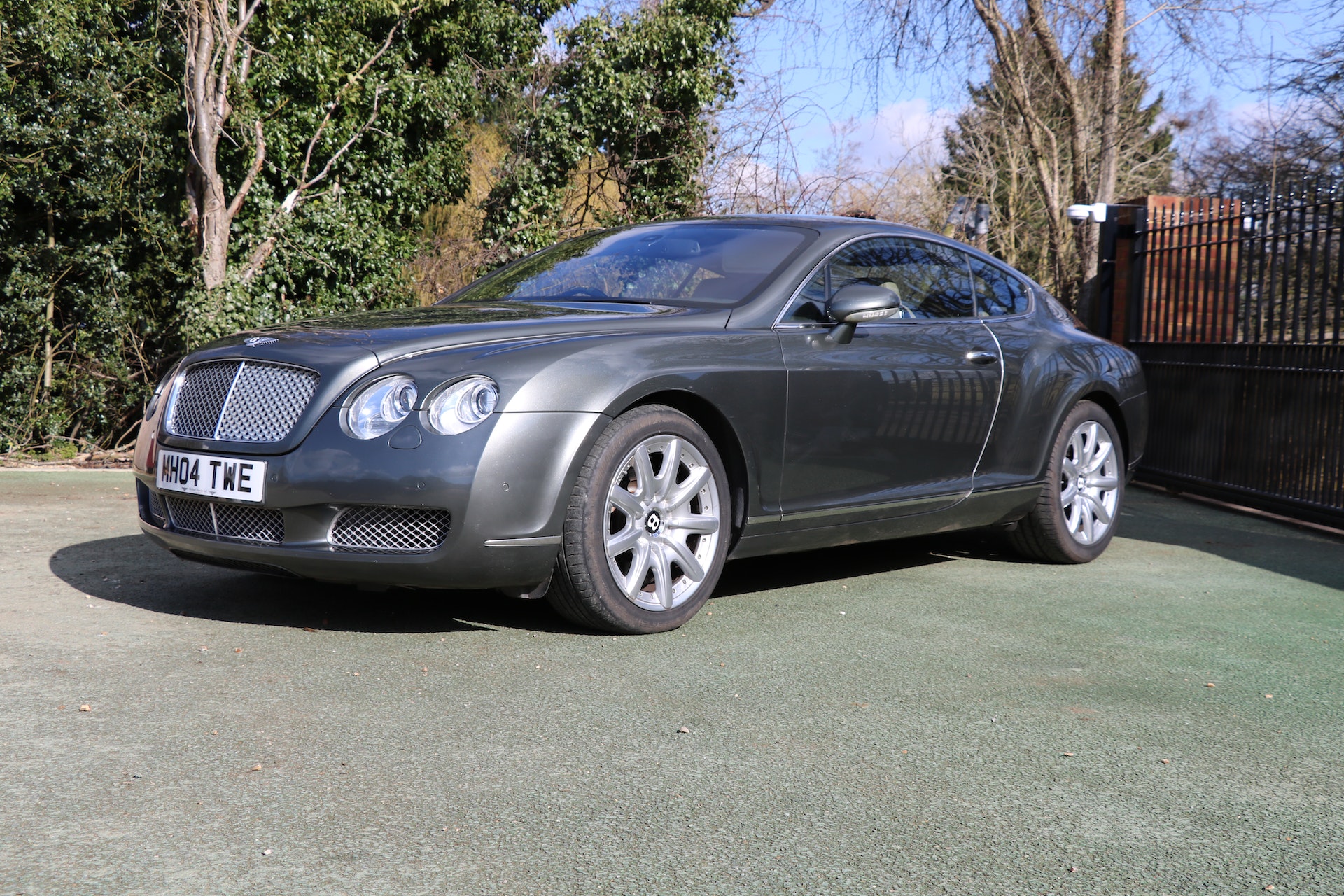 This Bentley Continental GT W12 is a luxurious modern classic, which would now benefit from some attention by an enthusiastic owner to be brought up to a high standard. It presents as an honest and straight example, and reportedly runs and drives very well too. This Bentley could certainly be put into use as an elegant daily driver, or simply kept as a hugely capable and enjoyable weekend car.