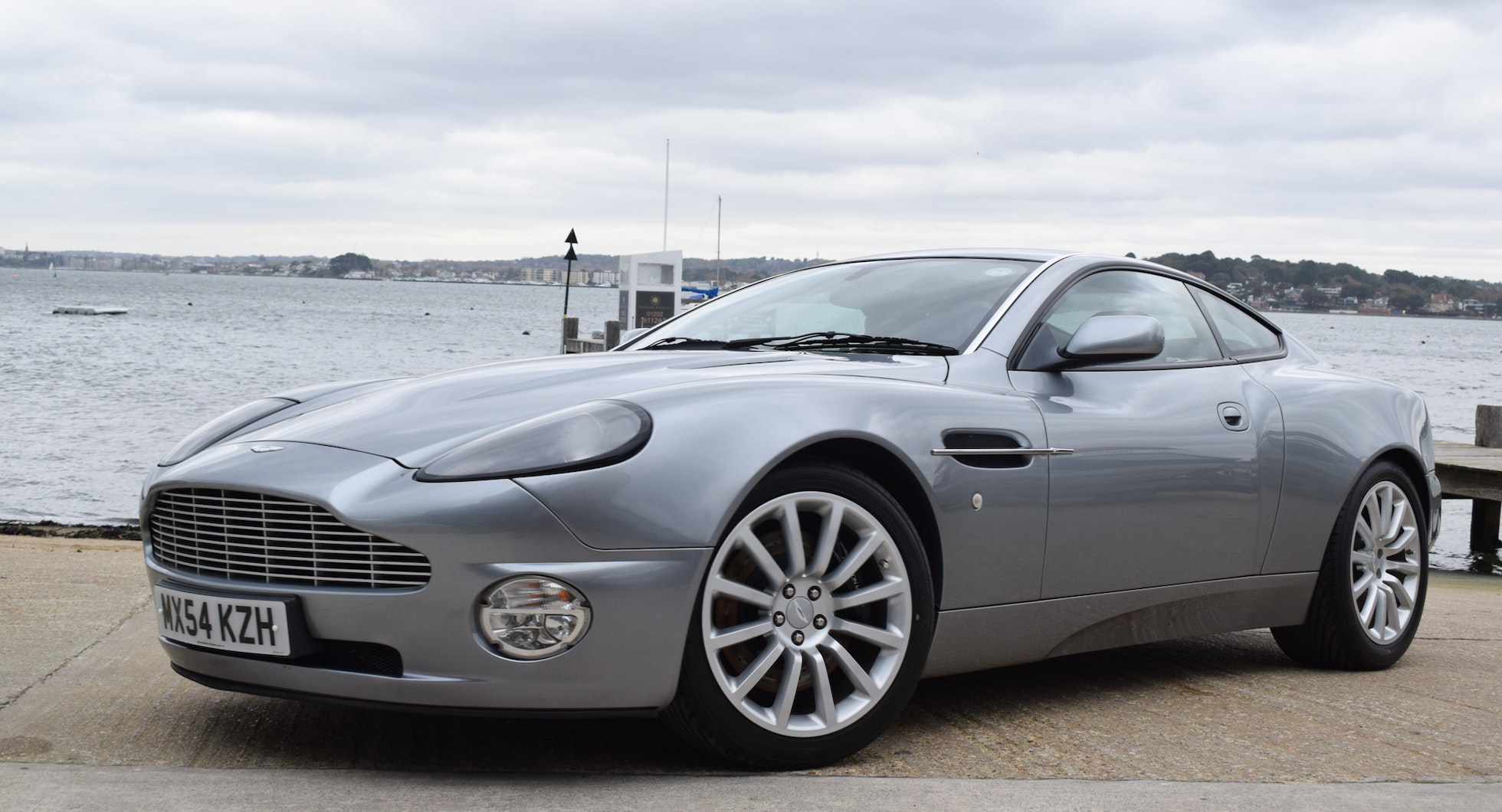 This 2004 Aston Martin Vanquish is a refined and handsome hand-built supercar, presented in superb condition and with genuine low mileage. It is powered by a 5.9-litre V12 engine producing 460bhp, with rear-wheel drive via a limited-slip differential. The transmission is a six-speed electro-hydraulic automated manual with paddle-shift gear selectors. This car’s odometer shows just 22,334 miles from new. 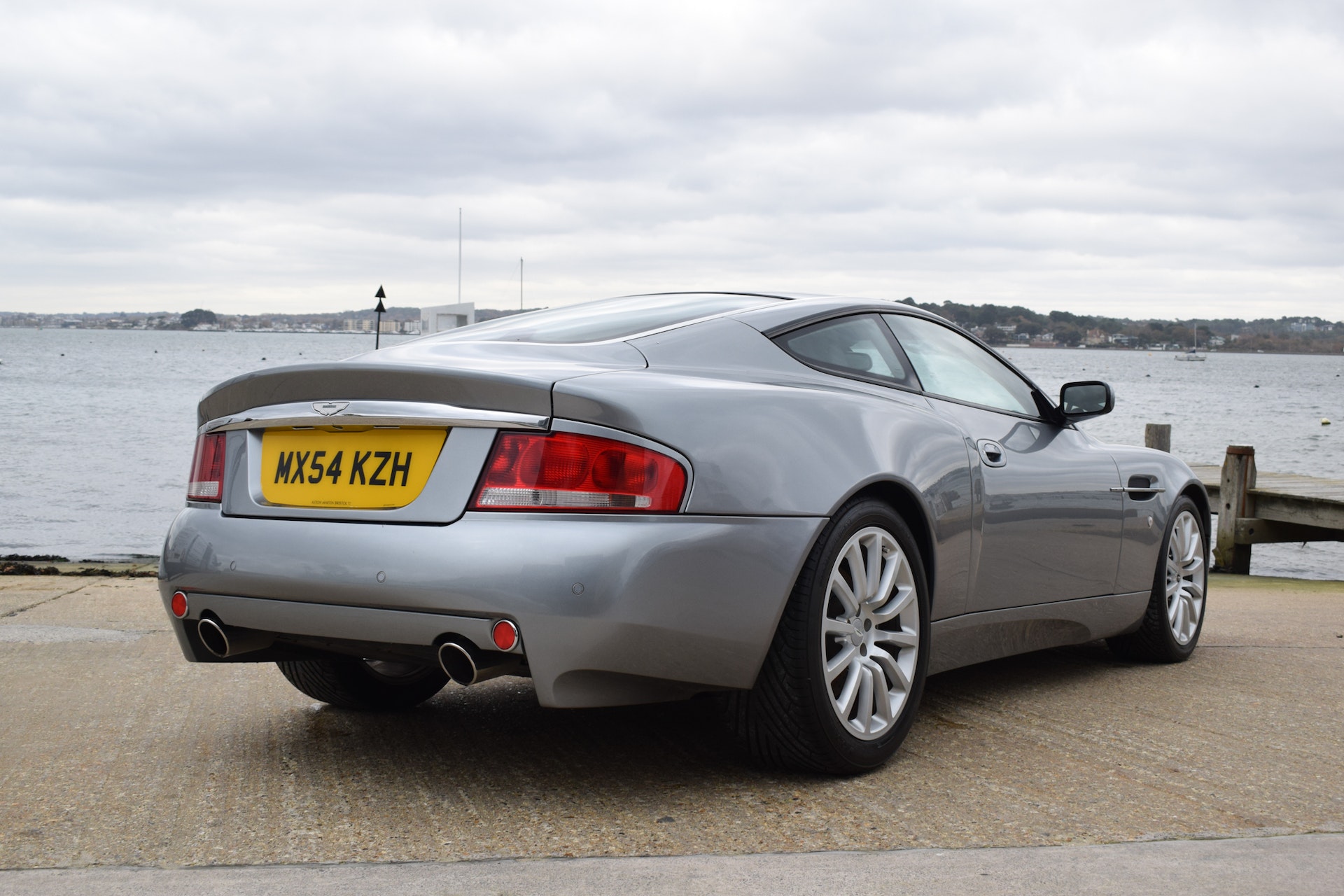 The Vanquish needs little introduction, particularly as it was famously used in the James Bond film Die Another Day, where it was fitted out with an array of gadgets and weaponry. Its lines were honed by renowned designer Ian Callum, while its smooth V12 could propel the muscular GT from 0 to 60mph in just 4.7 seconds, and on to a top speed of 190mph. 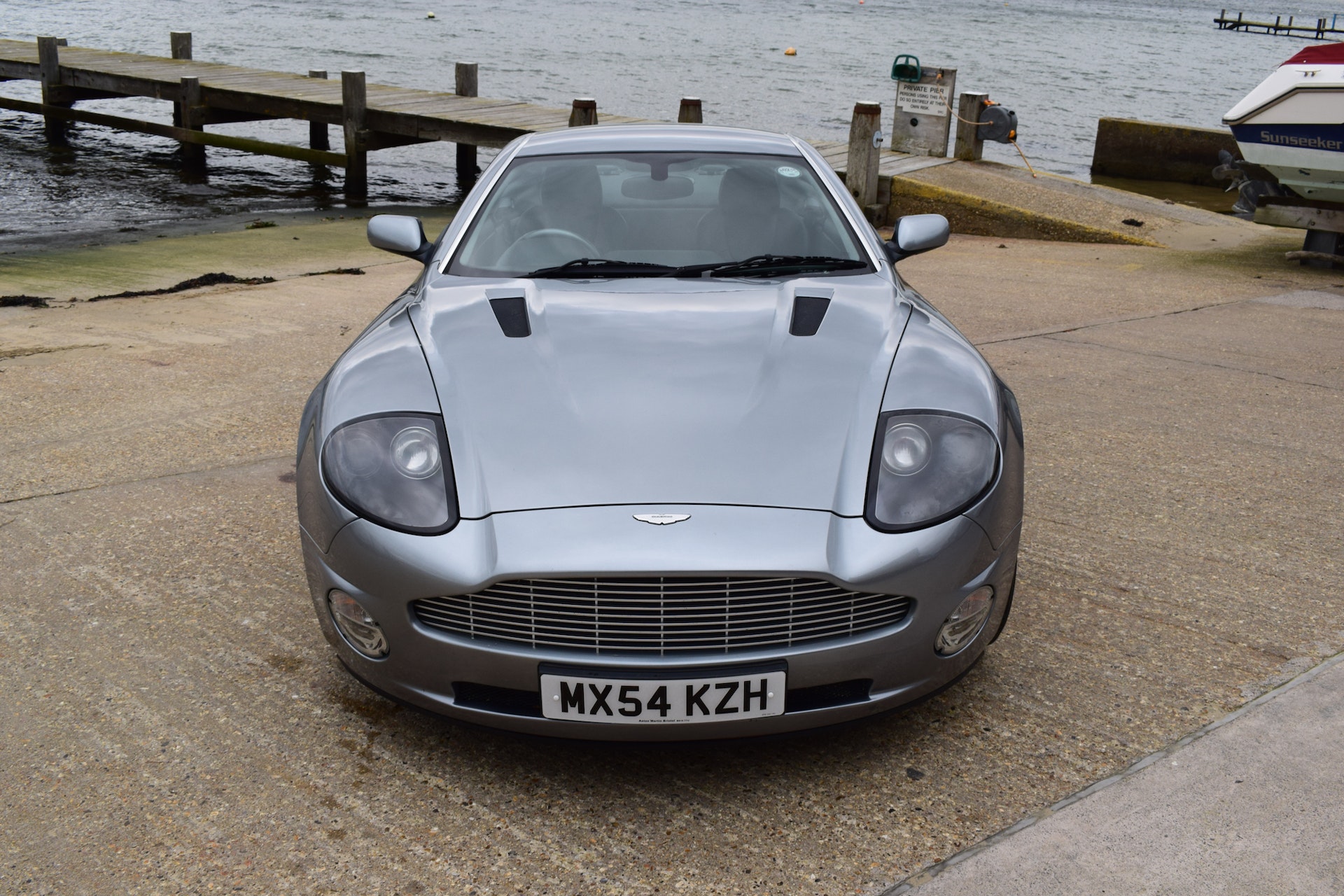 Less familiar to most people are the advanced materials and production processes that were involved in its assembly. At the centre of the Vanquish is an aluminium-bonded tub, which is in turn adhered to an extremely rigid carbon-fibre transmission tunnel, forming the ‘backbone’ of the car. The bespoke braided carbon-fibre A-pillars and cross brace add further strength and rigidity, without adding a great deal of weight. 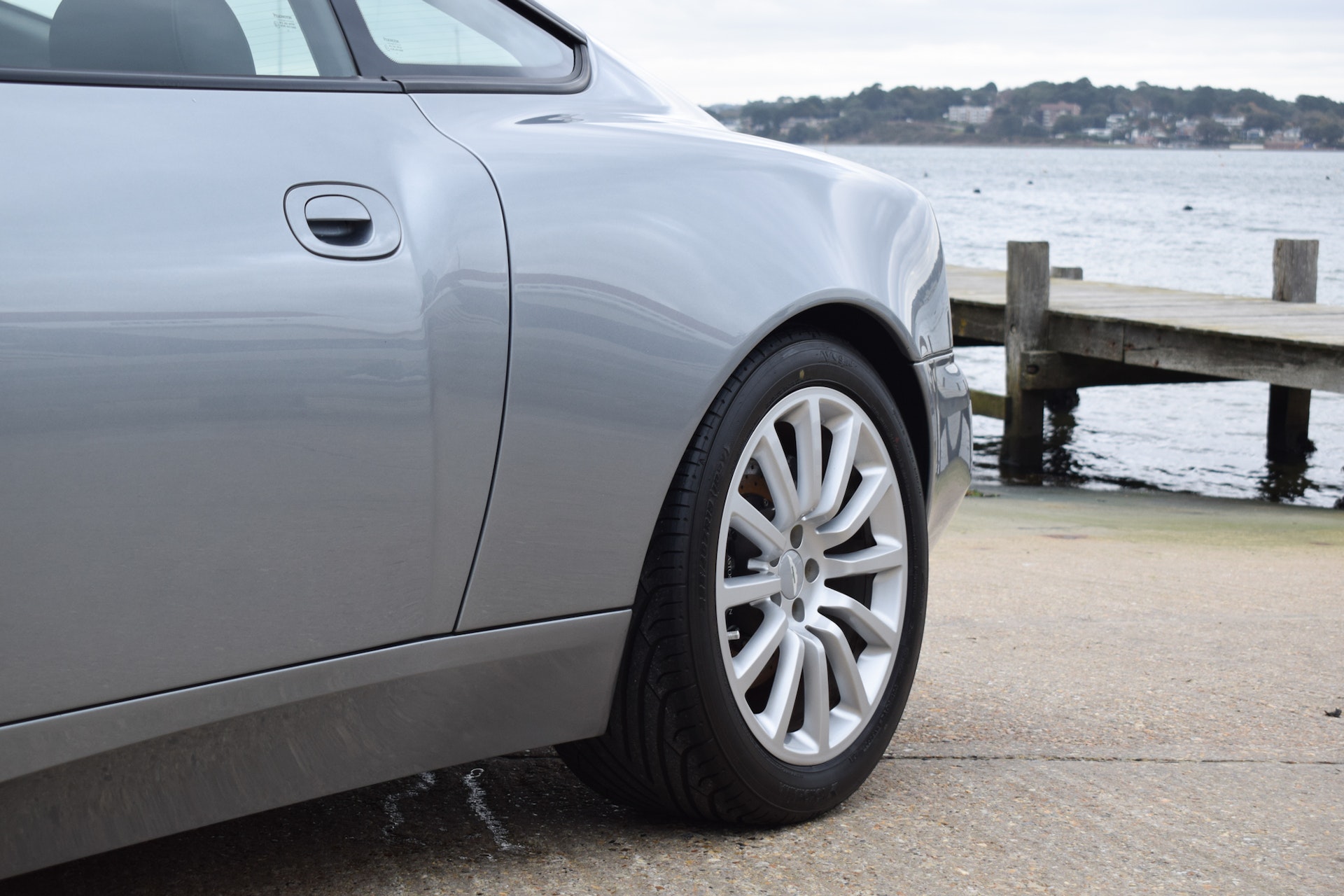 This original right-hand drive UK-supplied example was first registered in September 2004. There are four previous registered keepers on the log book, and each has evidently driven the car relatively sparingly, and kept it in fine fettle. It has been owned and enjoyed by the vendor for the last eight years. 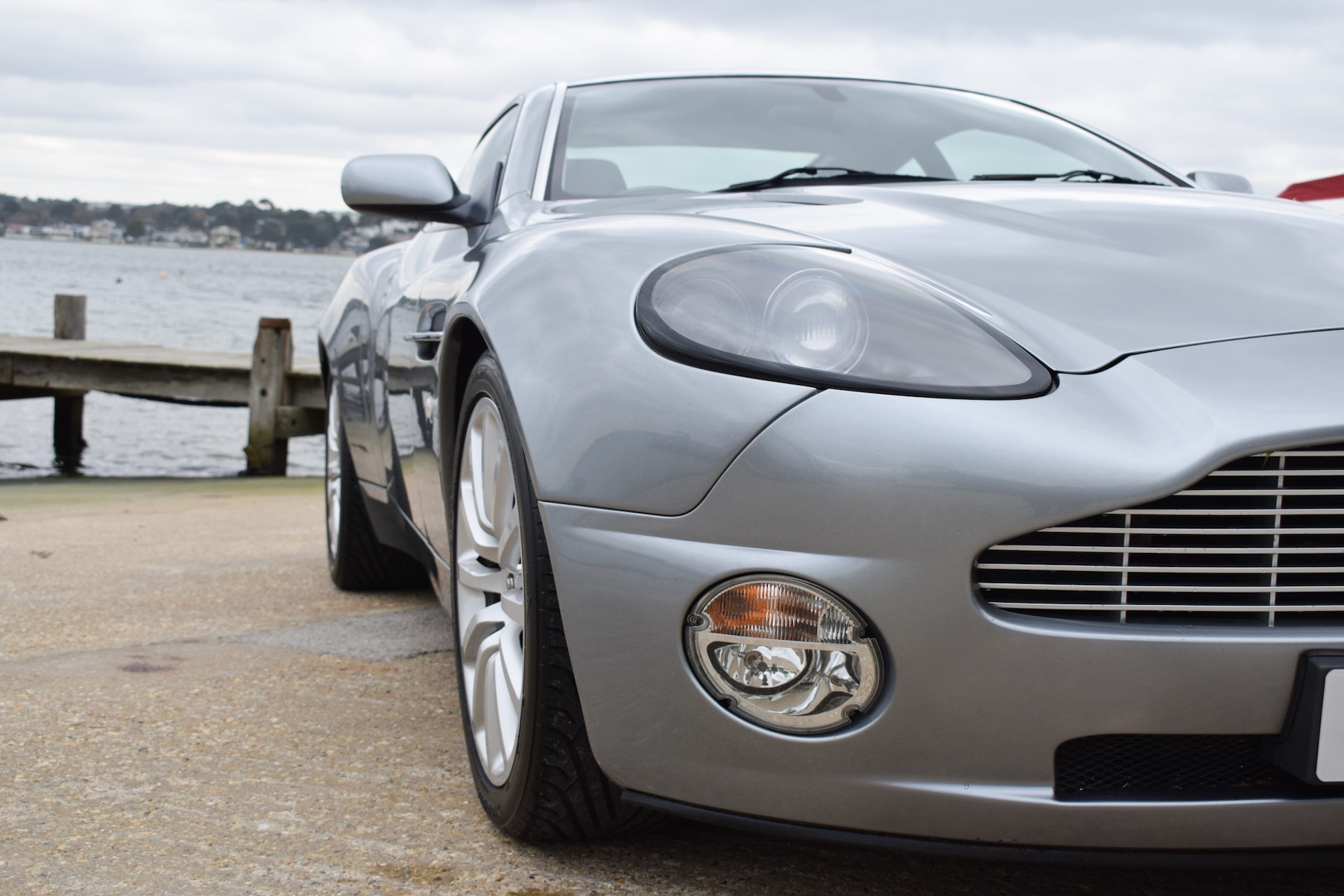 The all-aluminium body panels are in excellent condition, and the factory paintwork retains a smooth and even appearance around the whole car. The only notes from the vendor are that there are some minor stone chips on the bumper and bonnet, and that the nearside front wing has received a repaint after being scuffed in a car park - though the repair is imperceptible. 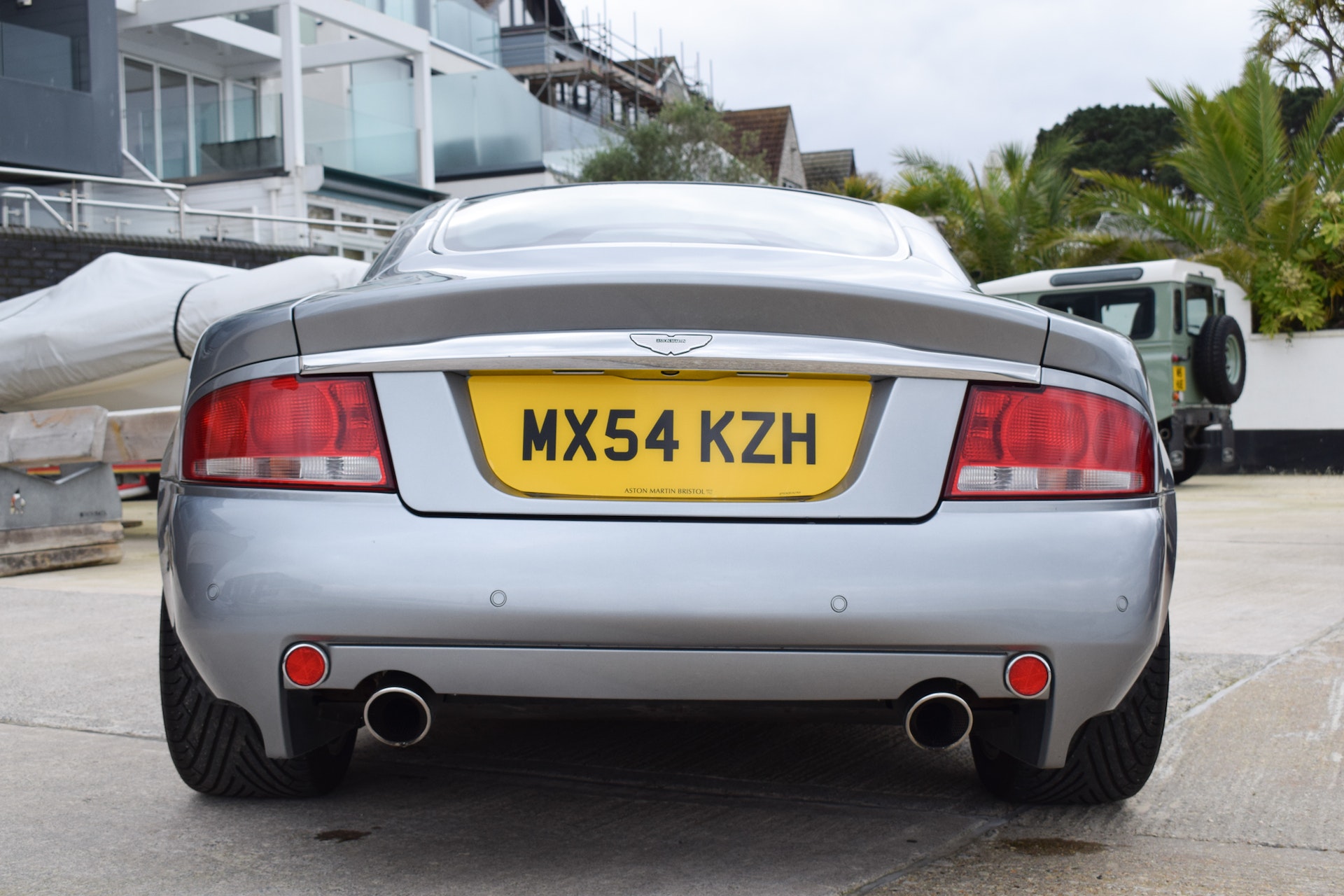 All of the light lenses are in superb order, as are the exterior plastics and rubber seals. The car sits on the original forged 12-spoke alloy wheels, which are pristine with no signs of kerbing damage. The finish on the windscreen wiper arms has perished in a few places, which is really the only sign of exposure to the elements. 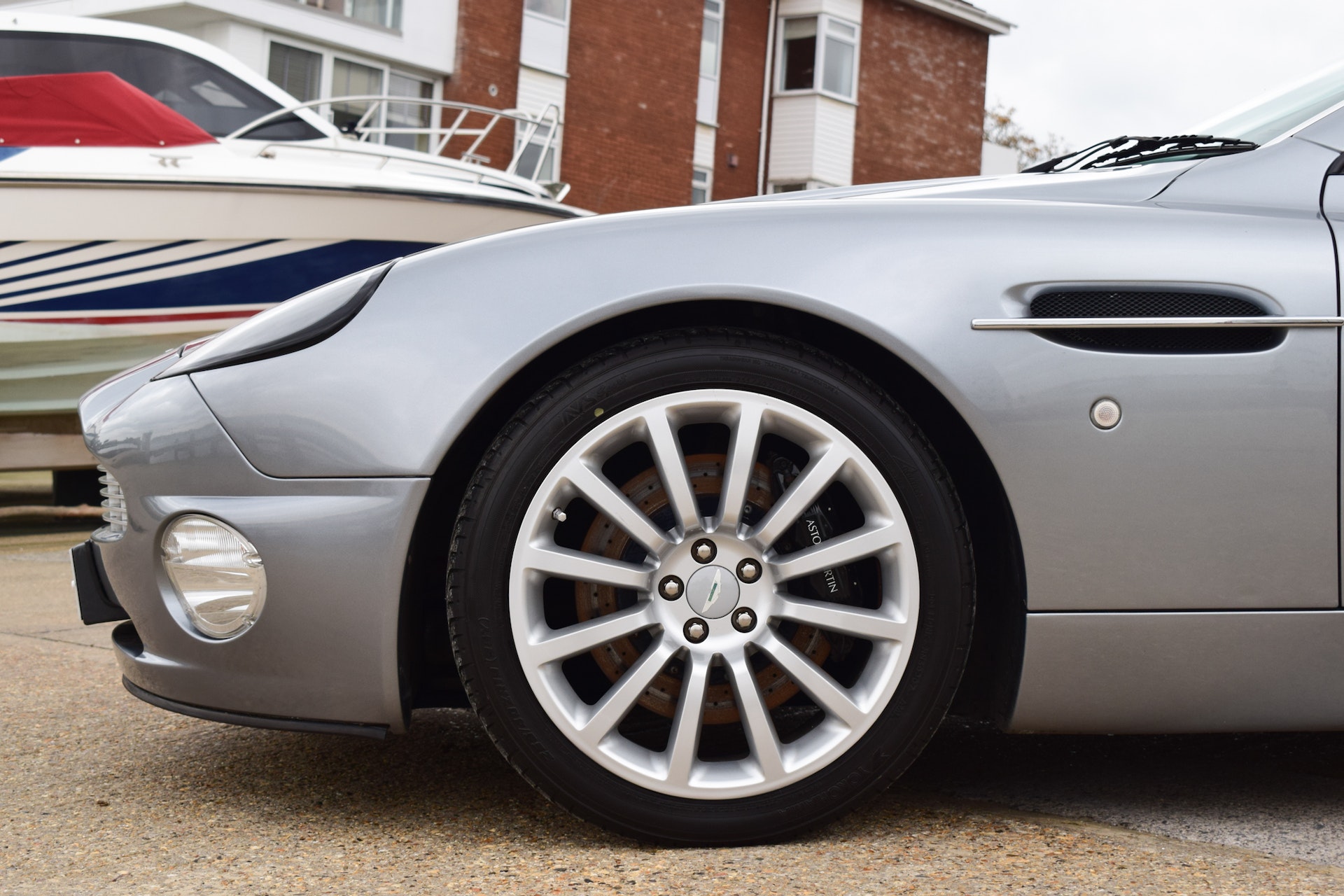 This Vanquish was ordered new with the standard ‘2+0’ seating layout, meaning that there is a useful luggage shelf behind the driver and front passenger, rather than barely-usable extra seats. The full-grain leather in the cabin still presents very well indeed, with an attractive lightly-worn and aged appearance. Above the occupants is a quilted Alcantara headlining, which is in great shape. 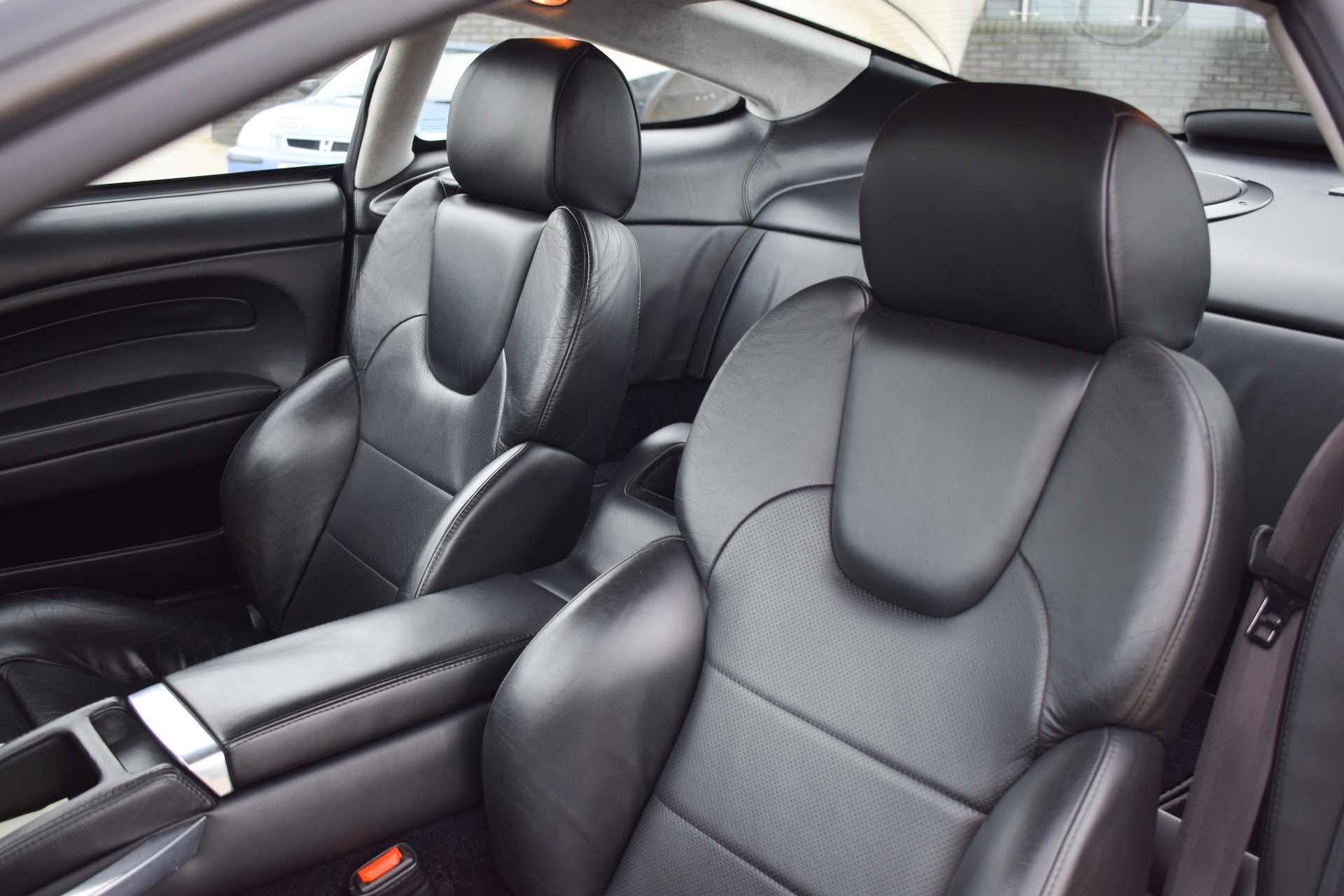 The sport seats have a full range of electric adjustment as well as heating. Aluminium trim is present across the dashboard and door cards, as well as on the steering wheel and gear-shift paddles. The trim is in generally excellent order, though there is some tarnishing to the metal bar on the passenger side door. 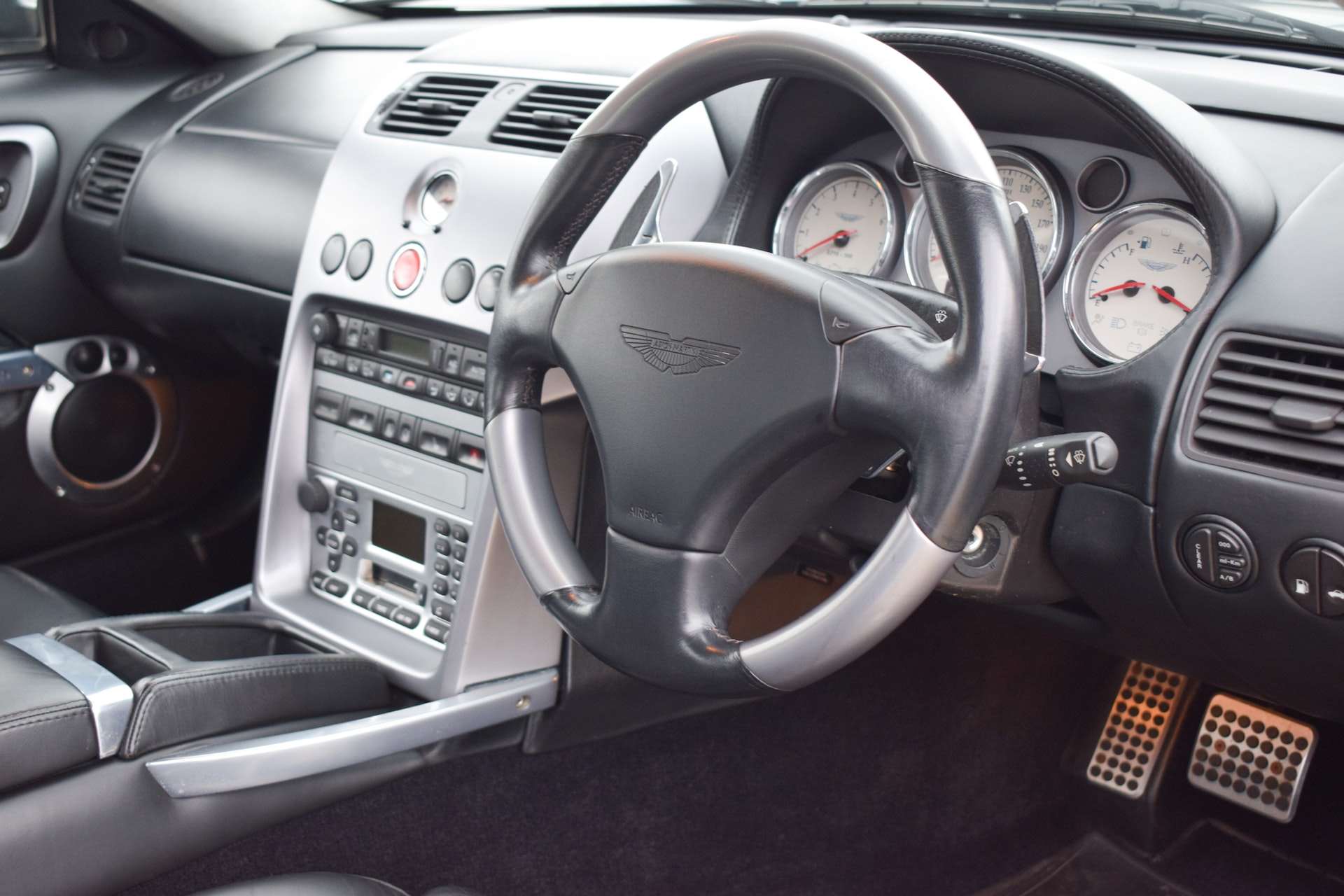 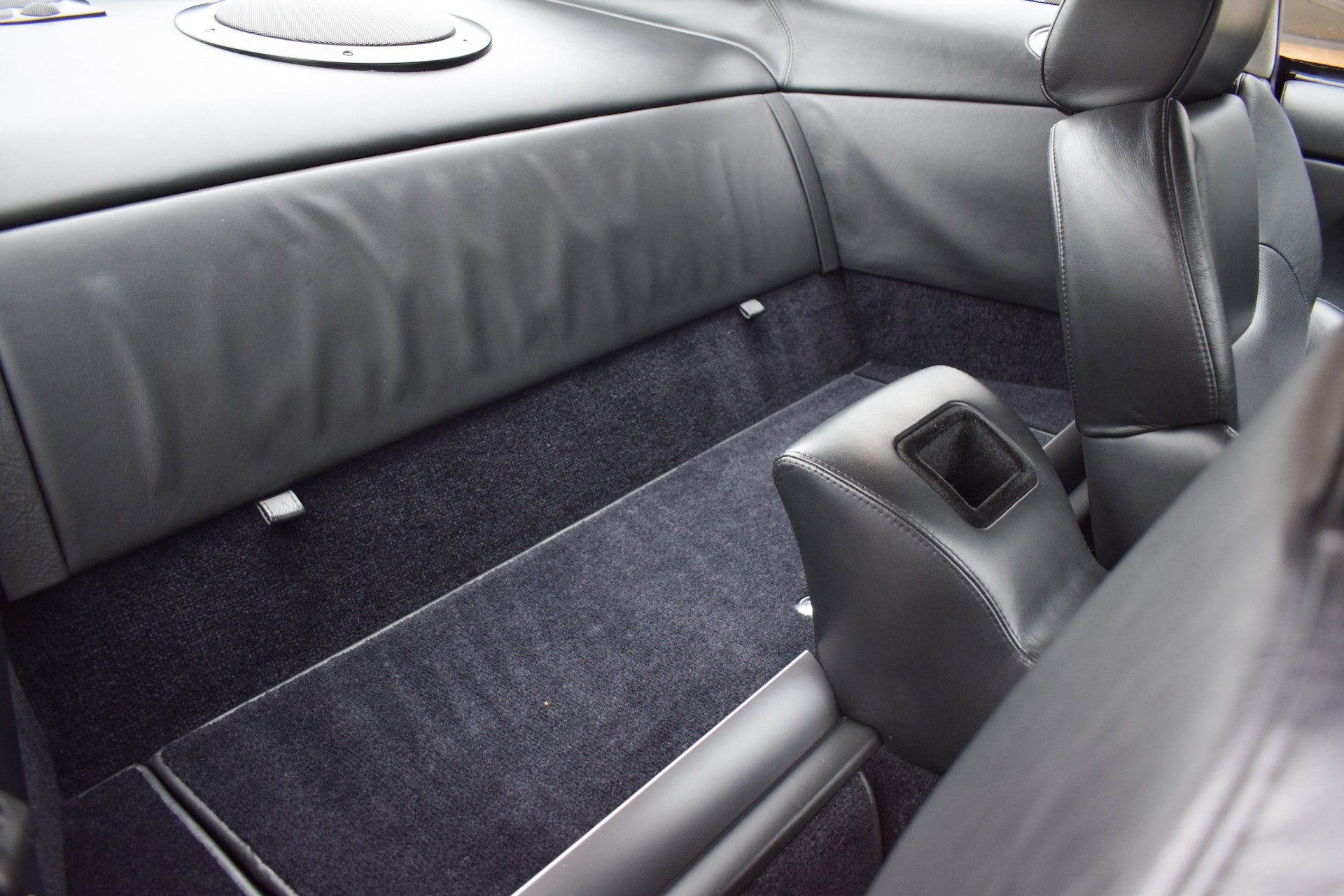 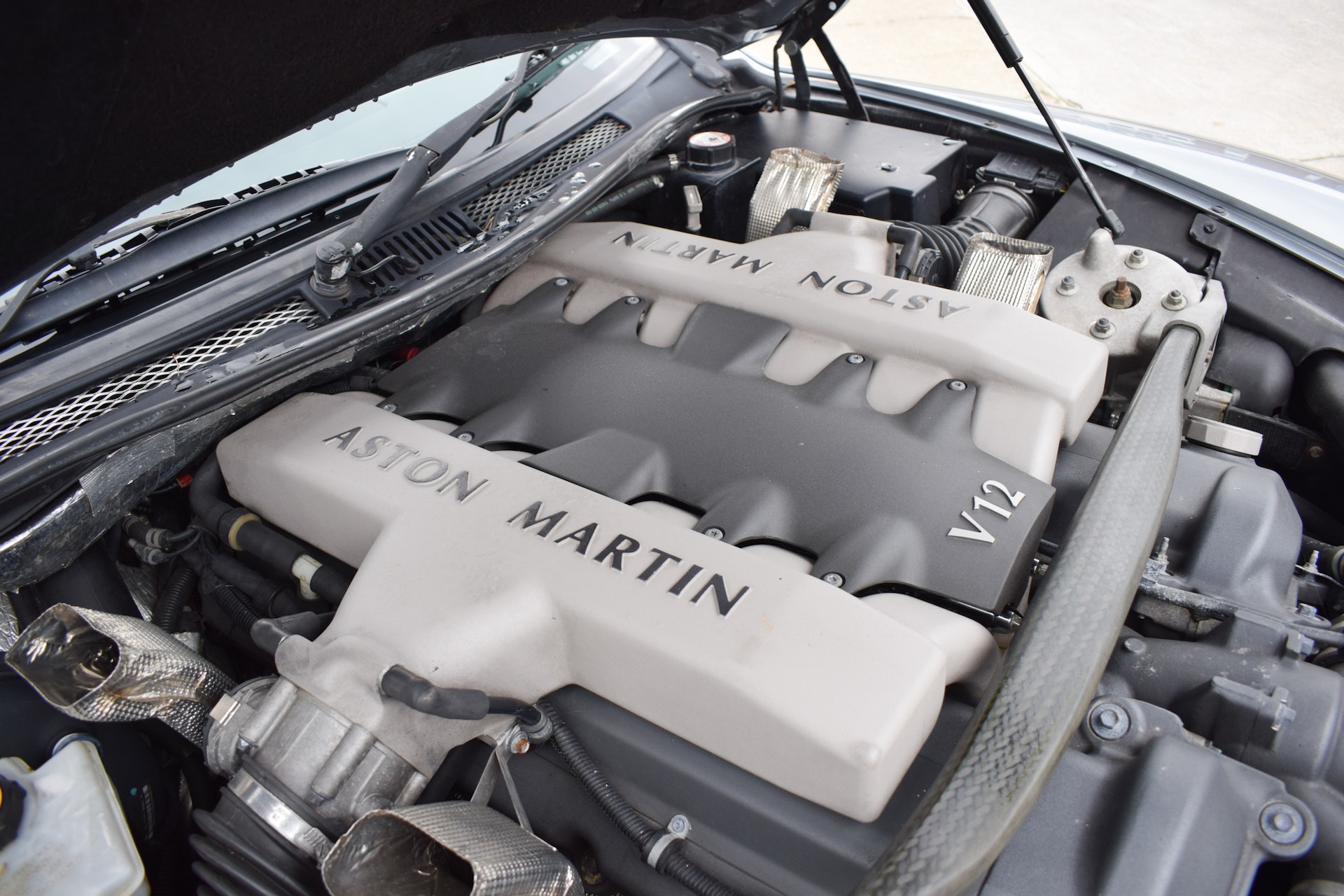 Its last MOT test was on 5 December 2019 at 22,334 miles, which resulted in a clean pass with no advisories. The alloy wheels are fitted with a set of Yokohama AVS Sport tyres, in size 255/40 ZR19 at the front and 285/40 ZR19 at the rear. The tyres have a good level of tread remaining, though are date-coded to 2007 so would benefit from being replaced soon. 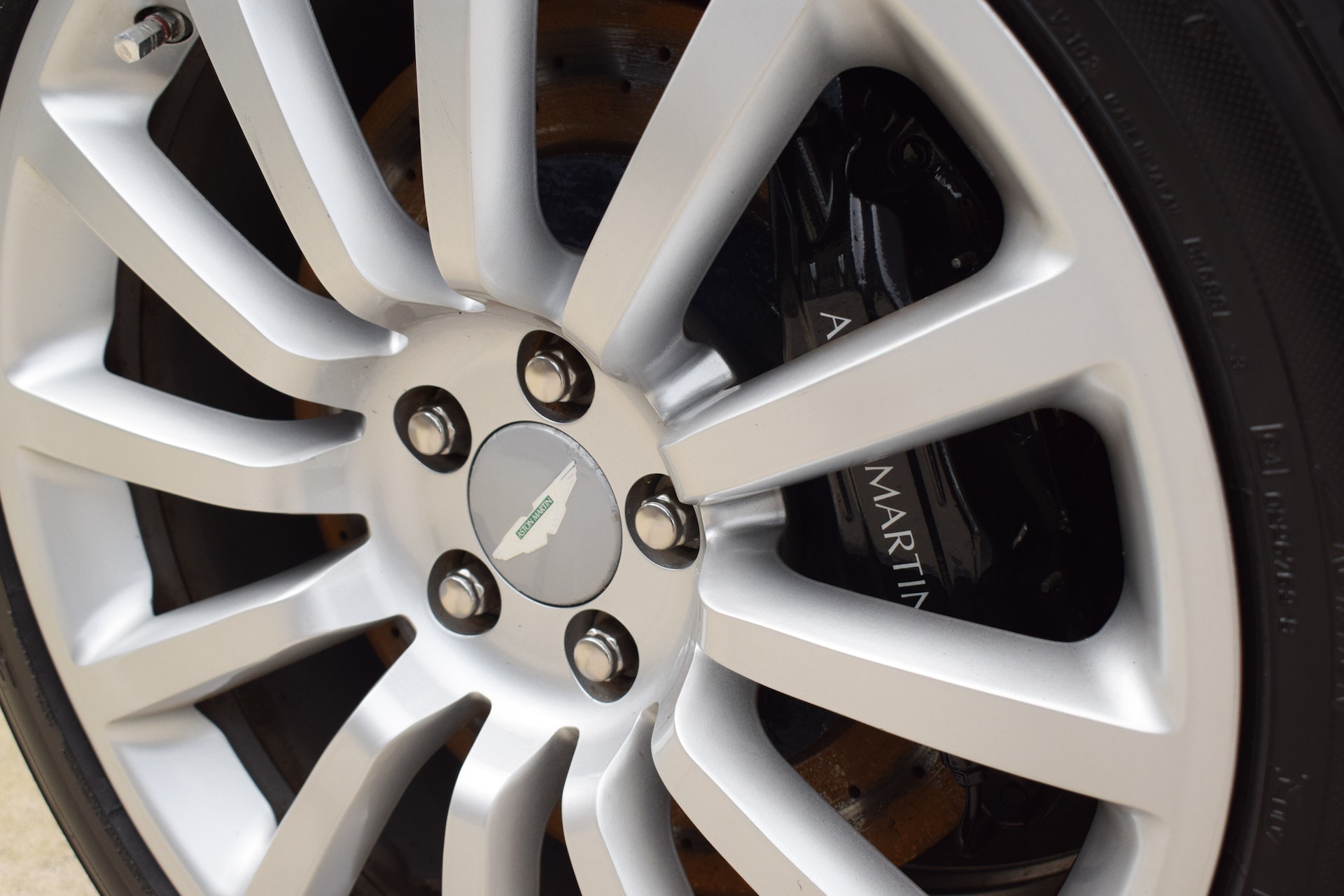 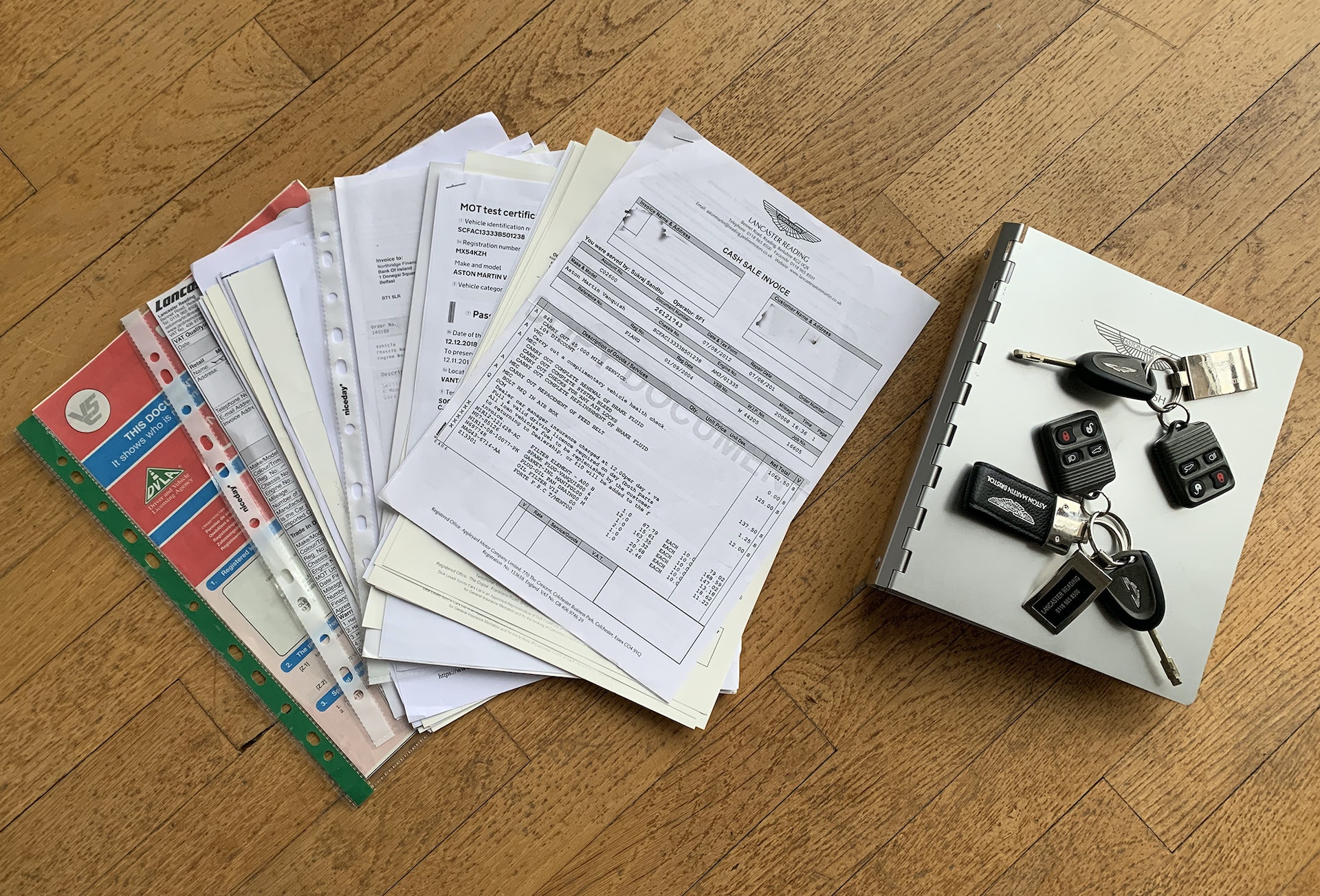 This Aston Martin Vanquish represents a significant model in the company’s history, being among the last hand-built cars produced at the famous Newport Pagnell factory. It is presented in top-notch condition by someone who has had the pleasure of owning it for the best part of a decade. With genuine low mileage from new, it is now primed to thrill and delight another enthusiast on the road. 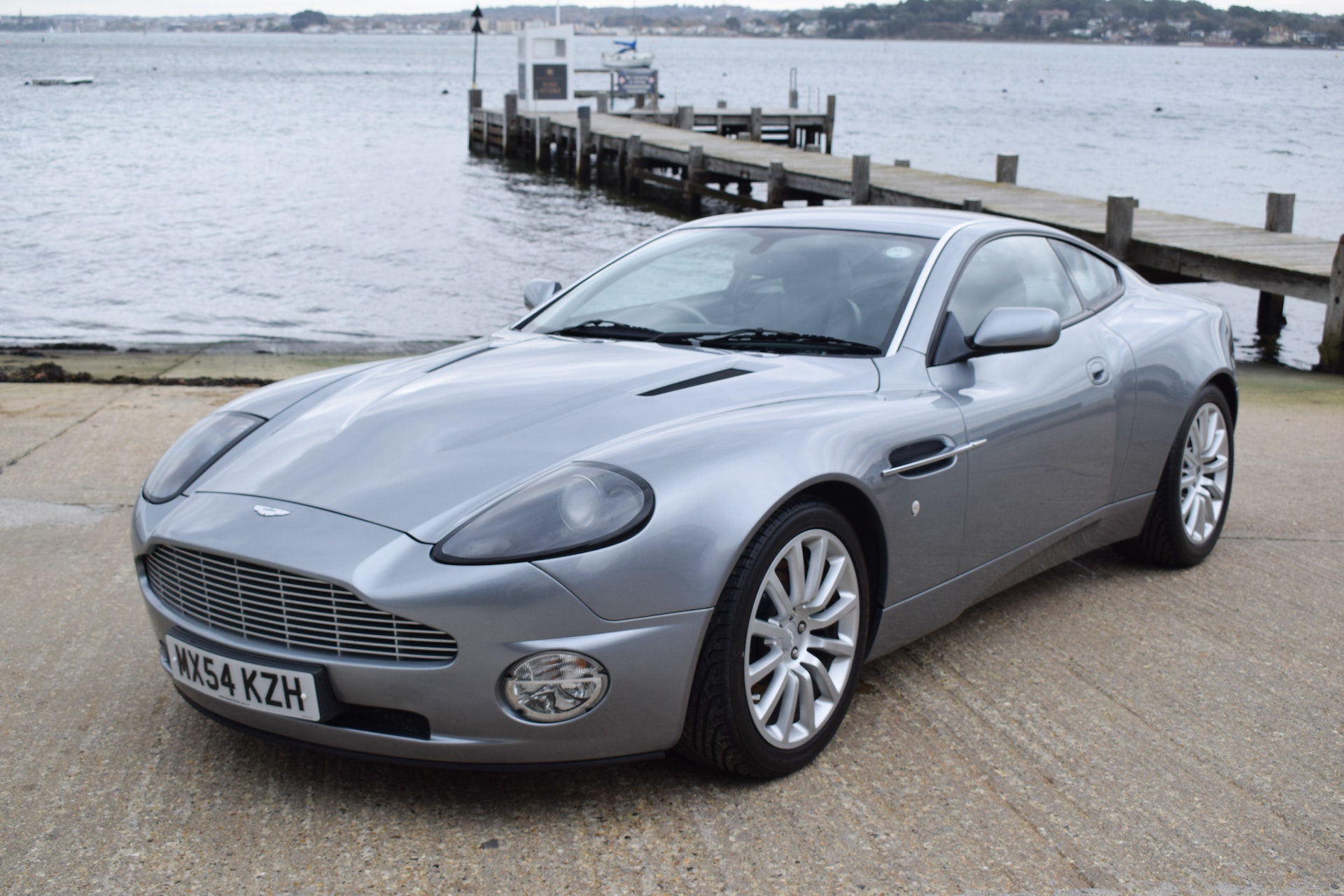