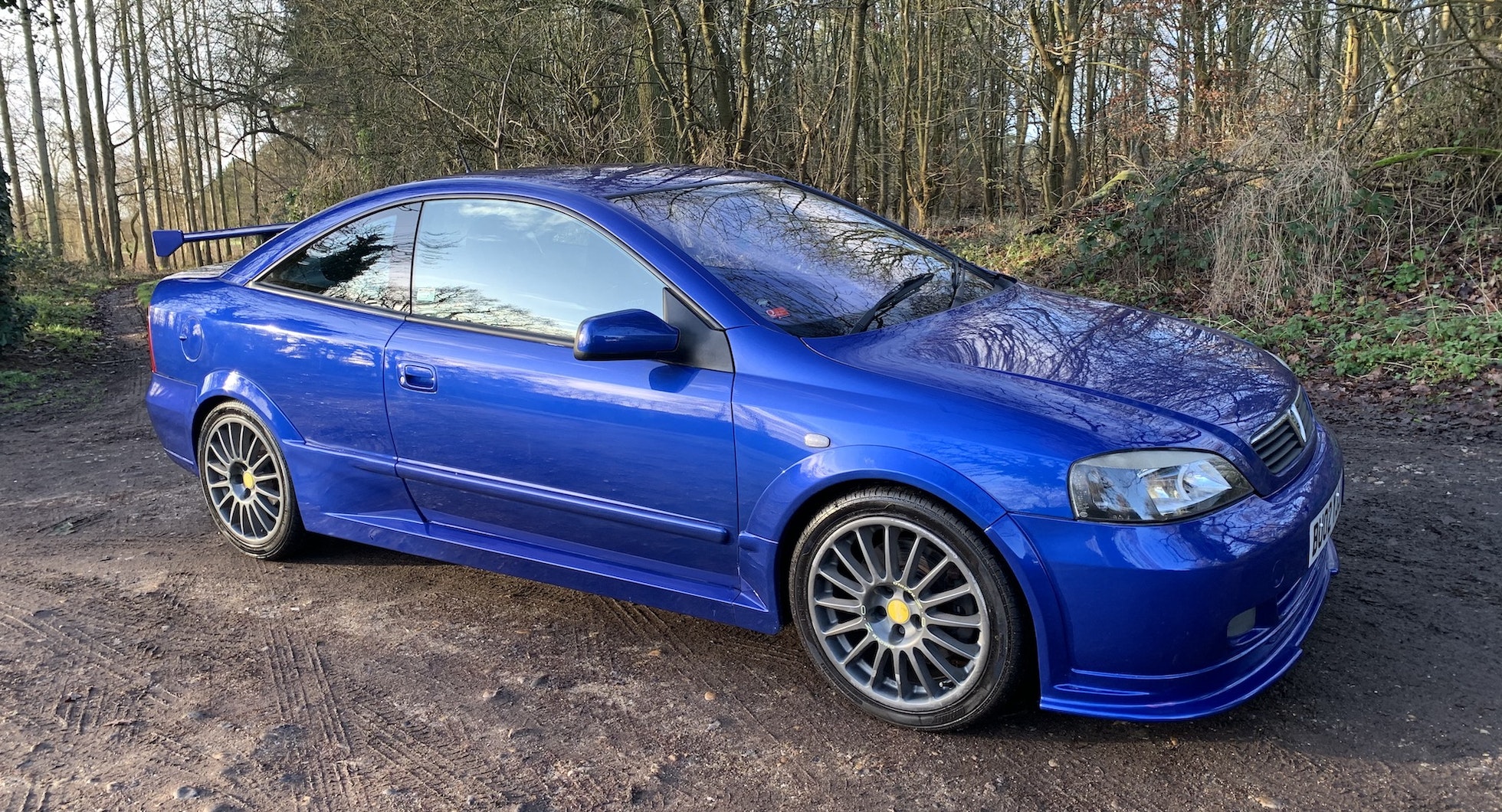 This 2002 Vauxhall Astra Coupe 888 is an extremely rare special edition with genuine low mileage from new. Inspired by the British Touring Car Championship (BTCC) success of the Astra Coupes run by the Triple Eight team, just 100 of these bespoke ‘888’ road cars were built by the racing team on behalf of Vauxhall Motors. 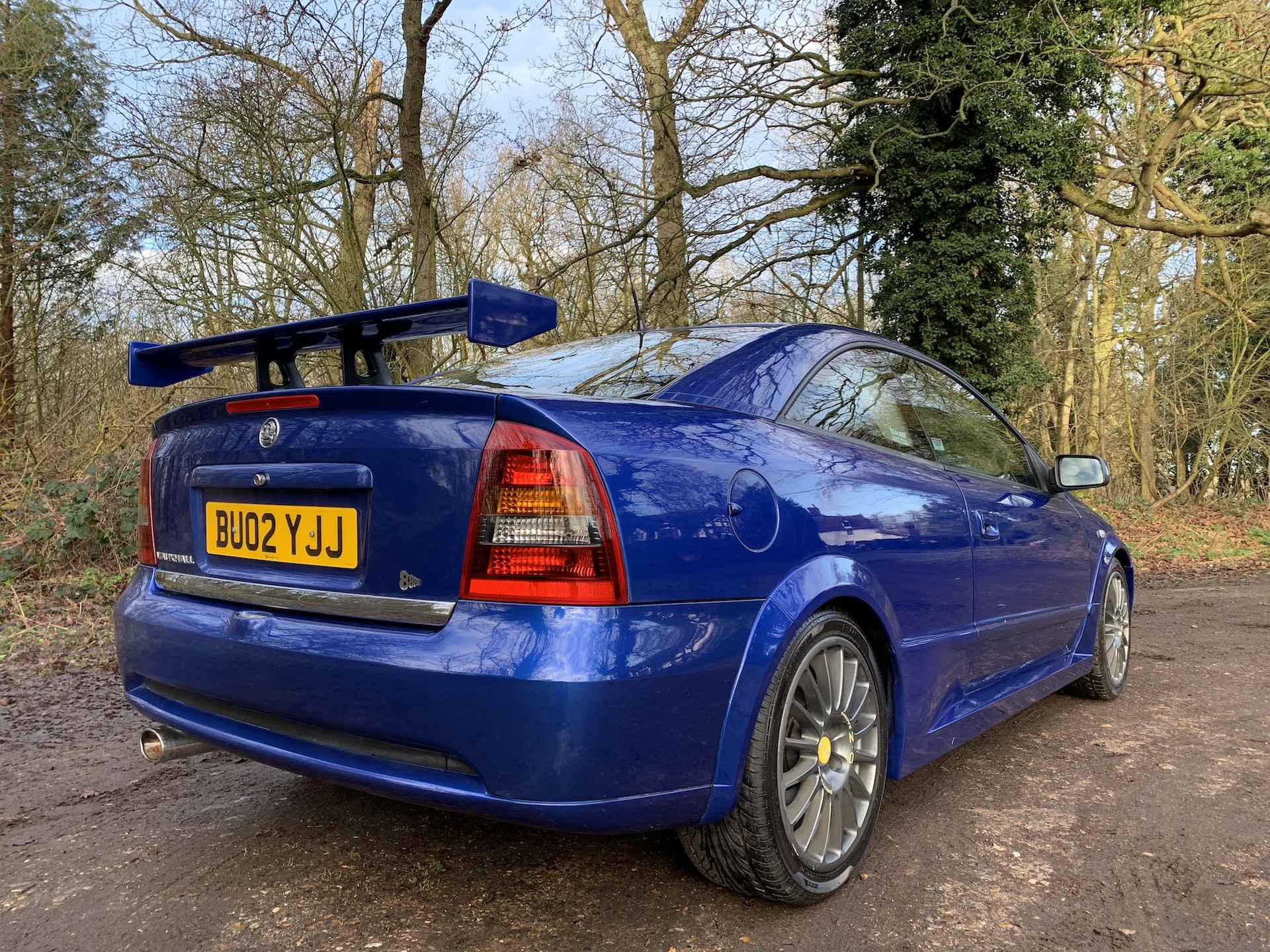 Starting with an Astra Coupe Turbo as the base, and powered by the same 187bhp 2.0-litre turbocharged engine and five-speed manual transmission, Triple Eight equipped the car with a custom setup of Eibach springs and shock absorbers, along with a BTCC-inspired body kit, 17-inch OZ Racing alloy wheels, and a re-styled interior. All of the 888s were painted in the same Europa Blue hue. 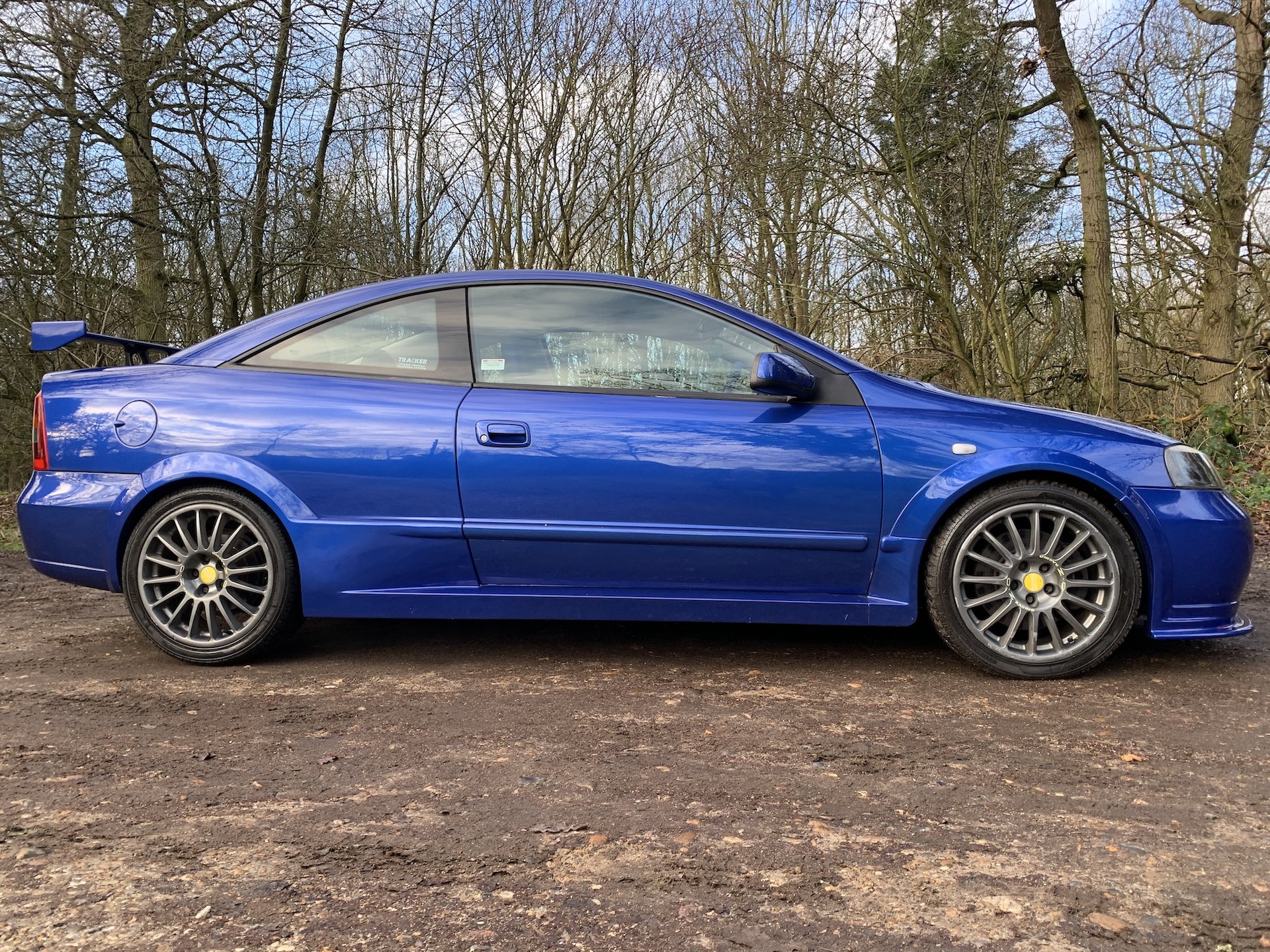 Writing about the car, and its 0-60mph time of 7.0 seconds, Auto Express magazine stated: “With minimal turbo lag and the rasp of a sports exhaust behind you it feels even faster, though, and the punchy short-shift gearbox makes light work of building speed. The steering has been tightened, while uprated springs and dampers combine with the tarmac-scraping ride height to pin the 888 flat and balance it perfectly through the corners.” 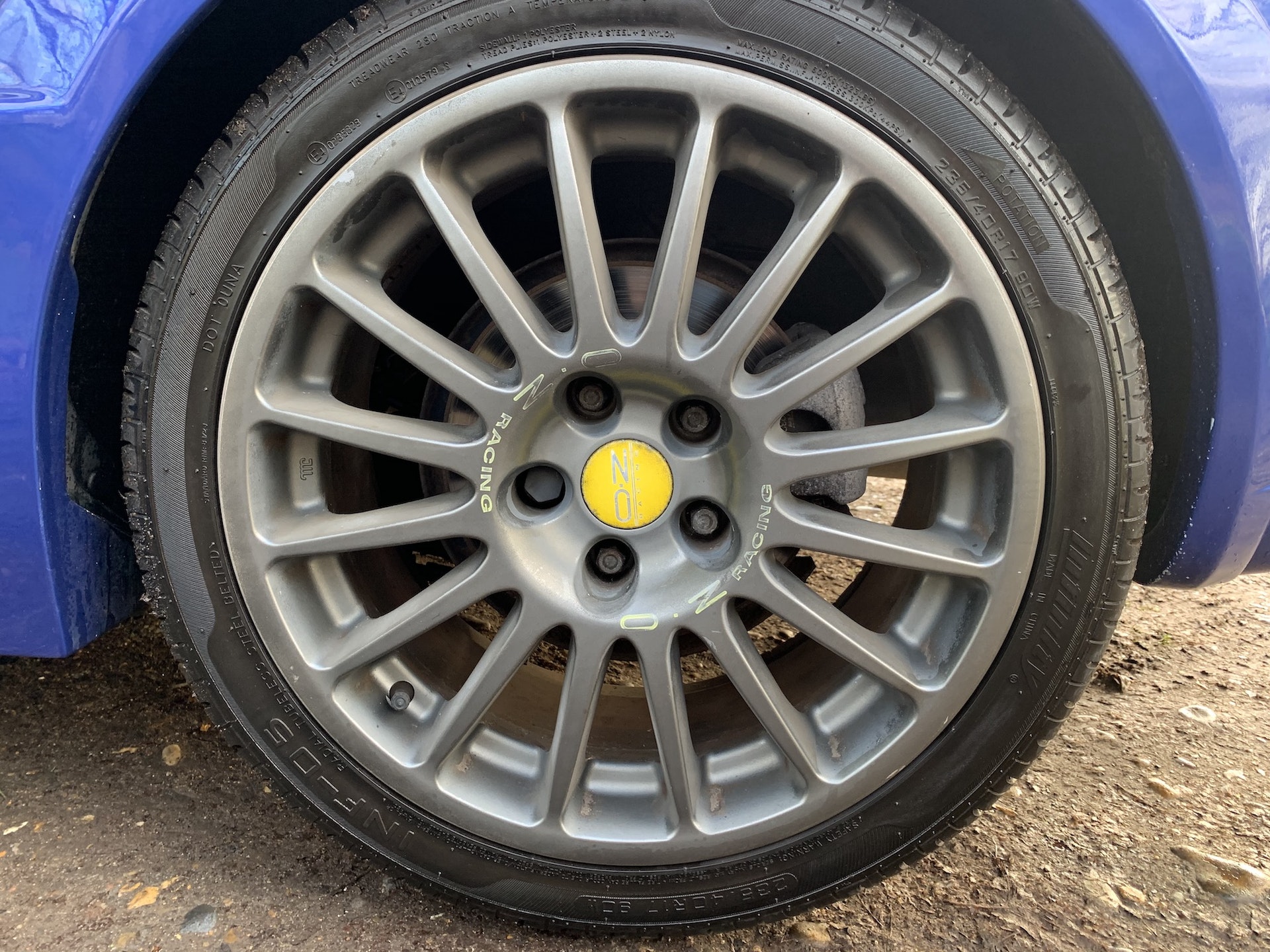 This particular car was first registered in March 2002, and is believed to have been used as a demonstrator or director’s car by the supplying dealer, CD Bramall of Wolverhampton. The first private owner acquired the car in August 2003, and treated the car as his pride and joy, maintaining it meticulously and keeping the mileage relatively low. Sadly, he passed away suddenly in 2006, so his wife took ownership of the car. It was subsequently driven sparingly by her and their son, with only around 6,000 miles added in the next 10 years. 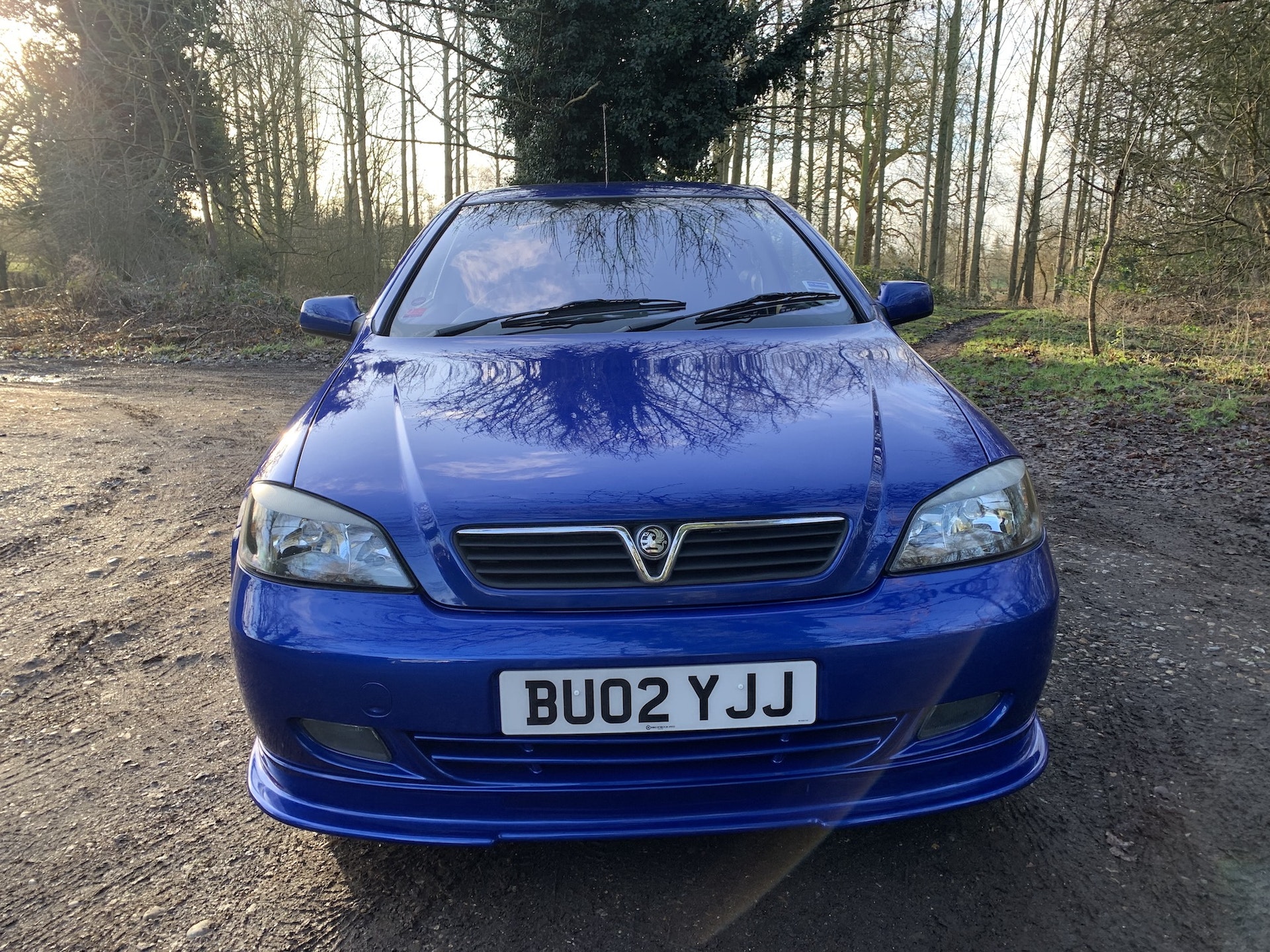 In 2016, it is understood that the gentleman’s son gave the car a fresh service, along with a new set of tyres and a replacement cambelt. Having intended to drive the car on occasional weekend jaunts, a new baby meant his time was committed elsewhere, and so it was stored securely in a dry garage for the next three years. The vendor acquired the car in January 2019, but with other cars in his collection now taking priority, he is offering this low-mileage Astra Coupe 888 to a new enthusiast owner. 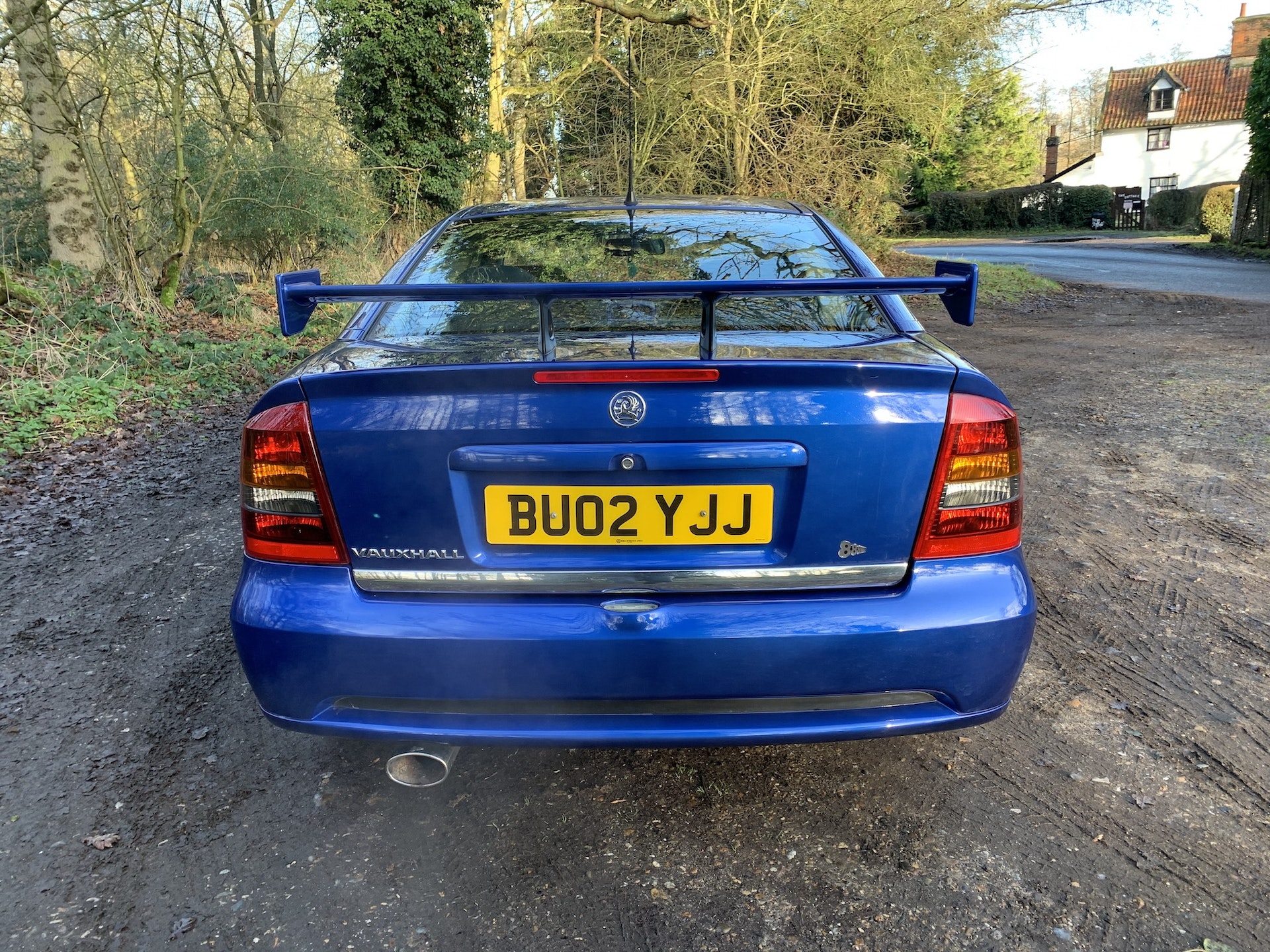 As you would expect, the bodywork and paint remain in excellent condition. The Europa Blue finish is in superb order, with the only note from the vendor relating to a small soft dent on the nearside rear wing, which appears to be a good candidate for paintless dent removal. The 888’s BTCC-inspired body kit includes a front splitter, aerodynamic skirts, extended wheel arches and a prominent rear wing. The OZ Racing wheels do have some kerb grazes, and would benefit from refurbishment to bring them up to the same high standard as the paintwork. 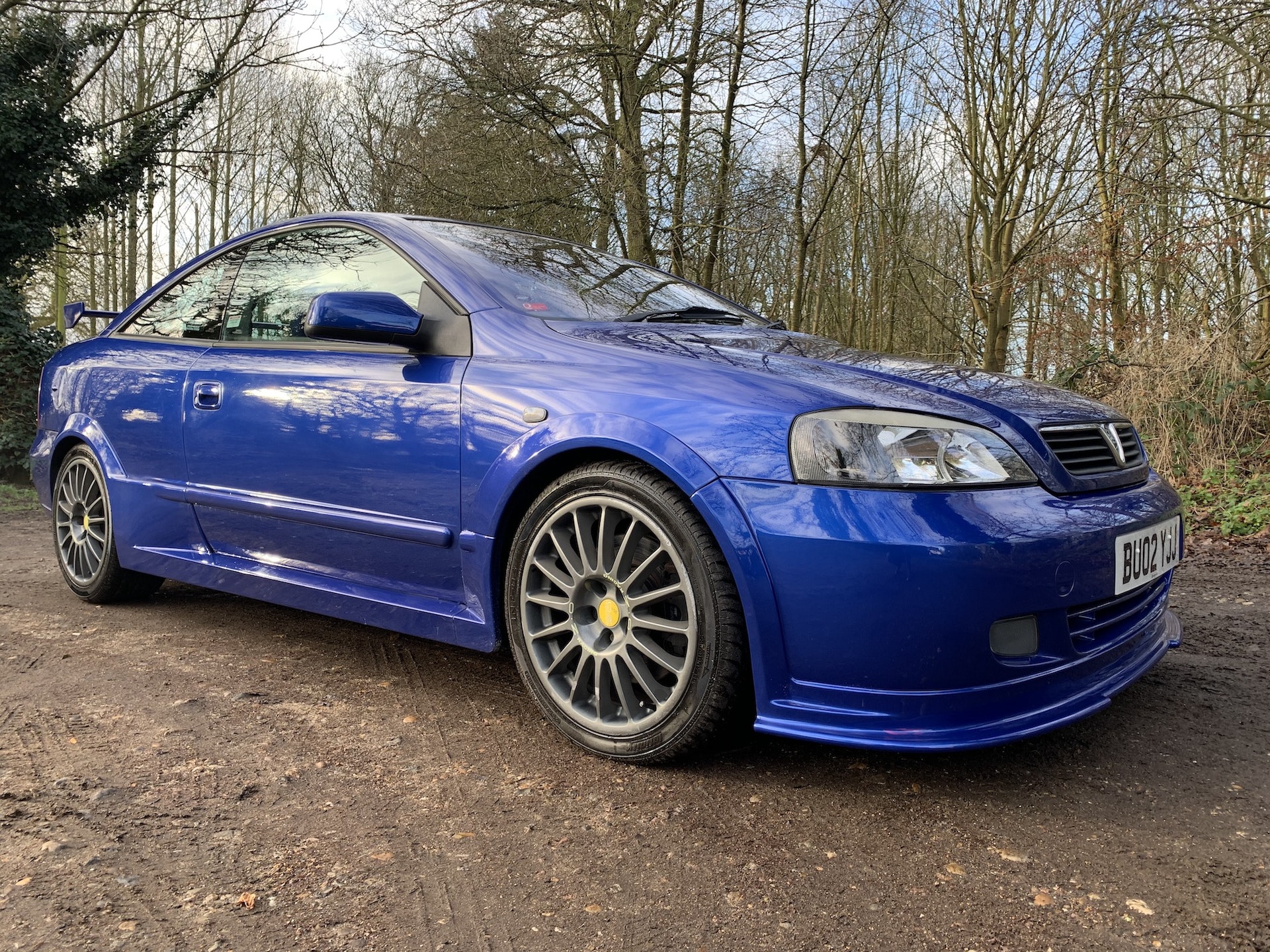 While the rear seats in the cabin of the 888 are the same as a standard Astra Coupe Turbo, the driver and front passenger have upgraded Sparco racing seats, upholstered in grey and blue Alcantara. The sport steering wheel also features Alcantara trim, and the Europa Blue exterior paintwork is reflected on the centre console finish. 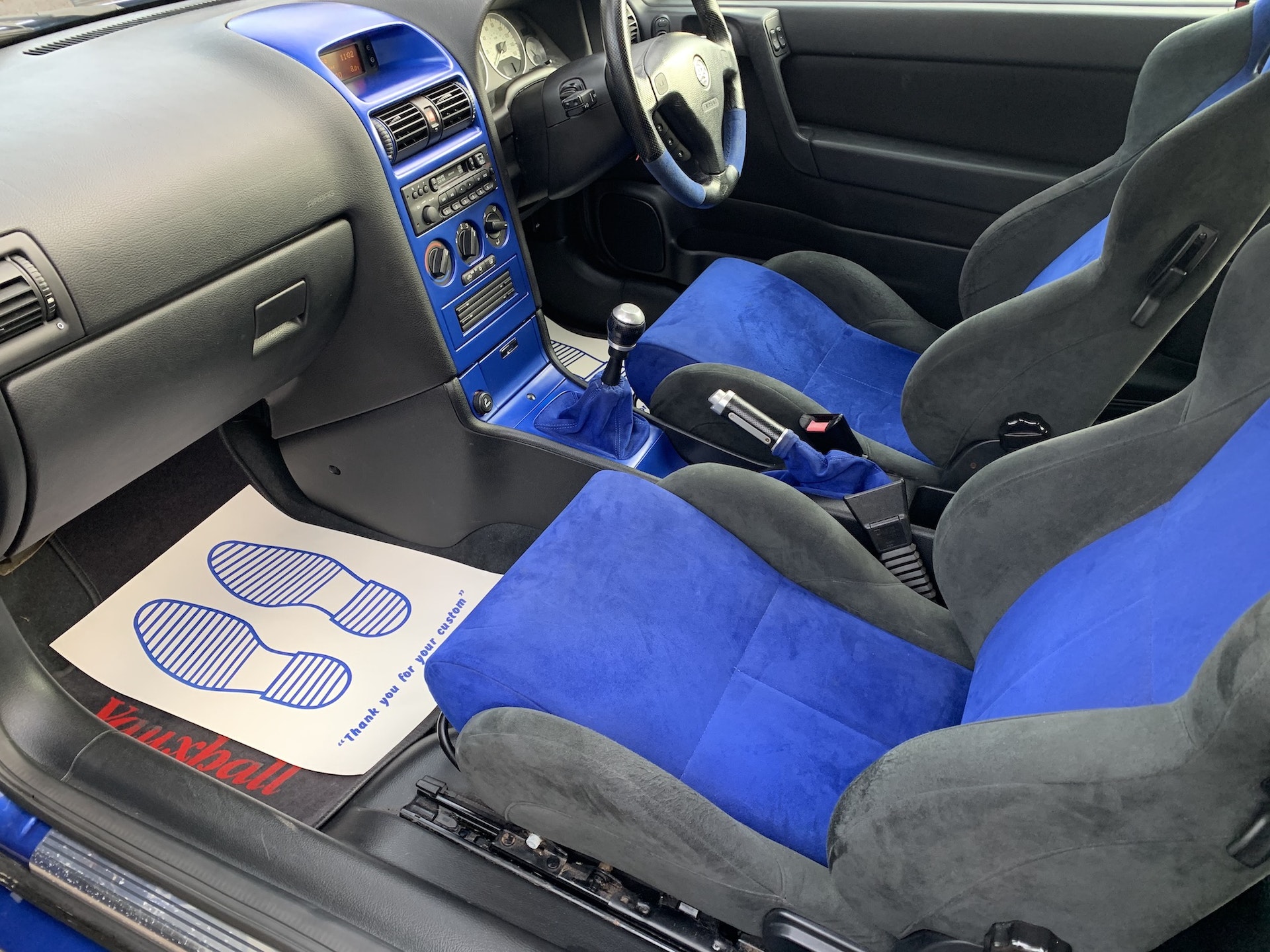 The Alcantara on the steering wheel is visibly worn, and there is also some minor bobbling in the material on the seats. The rear seats appear to be in as-new condition. Its custom ‘888’ gear knob and alloy handbrake lever are unique to the special edition, and remain in good order. Cabin equipment includes air-conditioning, electric windows and the original Philips CCR 600 radio cassette stereo with a four-disc CD changer. 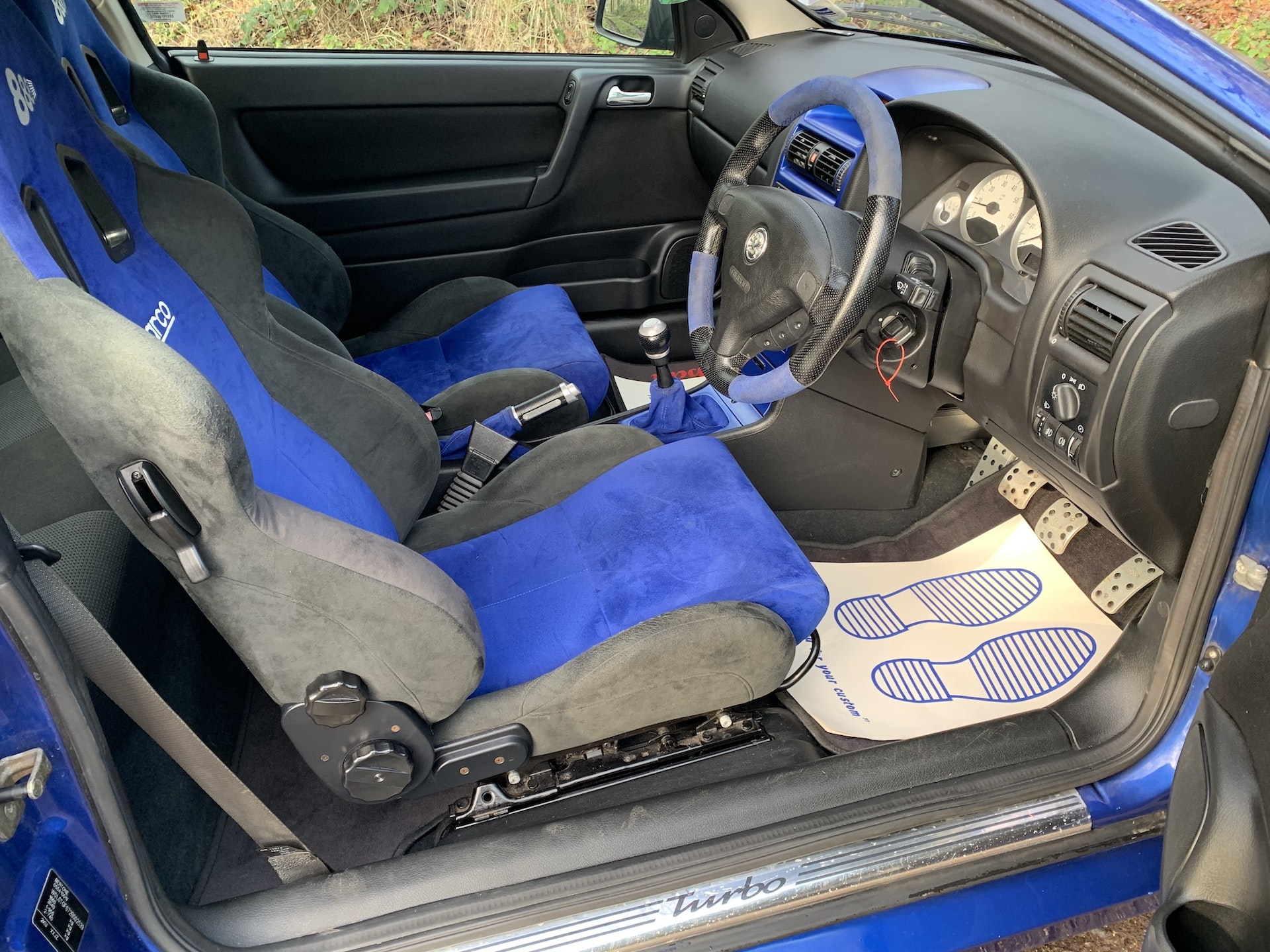 Its last scheduled maintenance was in 2019, when the vendor carried out a basic service along with renewal of the engine oil and oil filter. The cambelt replacement on the Z20LET engine should be changed every four years regardless of the mileage, so it will be due again in 2020. 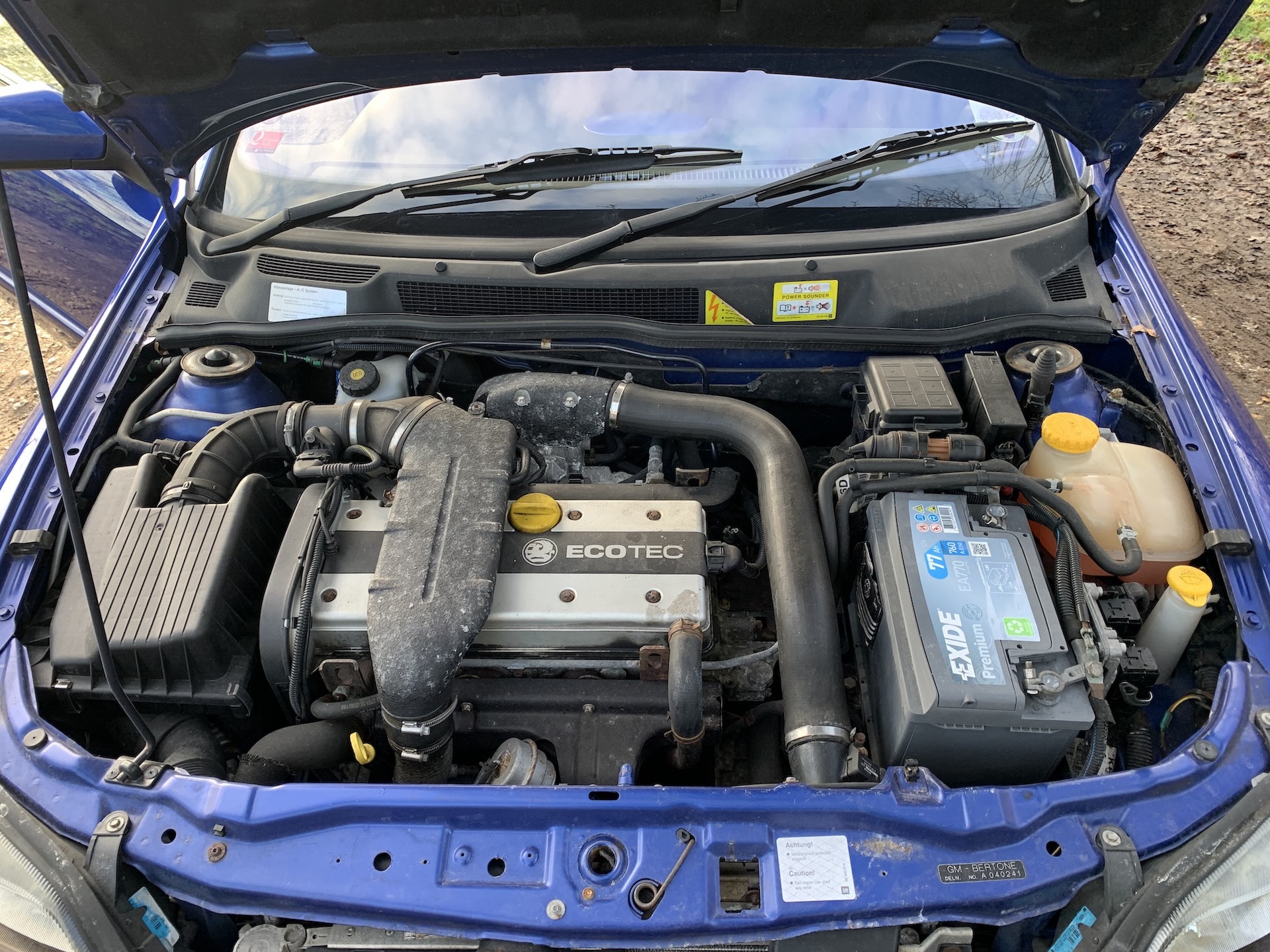 The most recent MOT test was on 29 January 2020 at 23,204 miles, which resulted in a clean pass with no advisories. As the car was not destined for substantial road use by the family owners, the tyres fitted in 2016 were from a budget brand, in size 235/40 R17 all round. They have plenty of tread remaining, but would benefit from being swapped to a premium brand to extract optimal performance from the car. 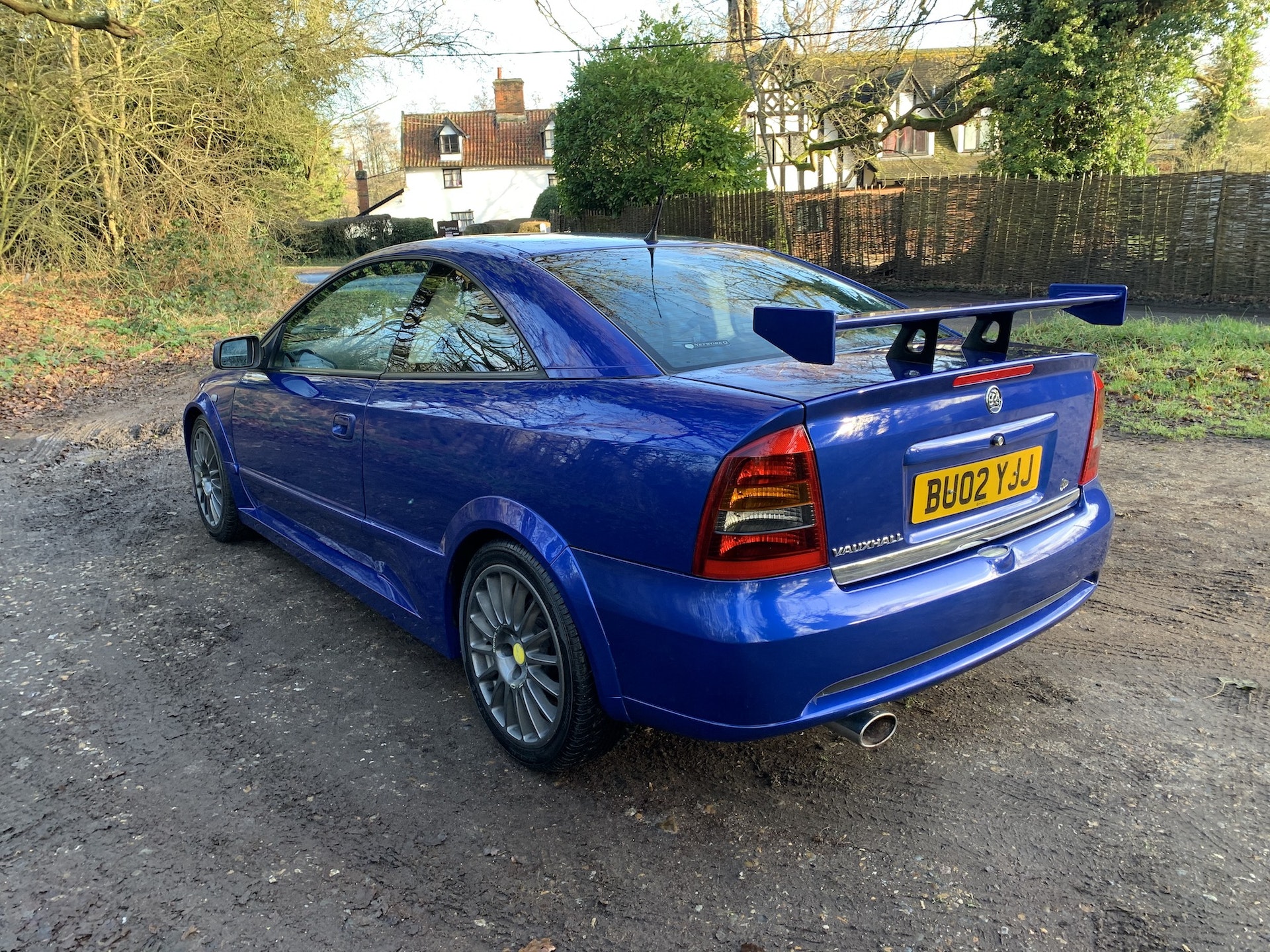 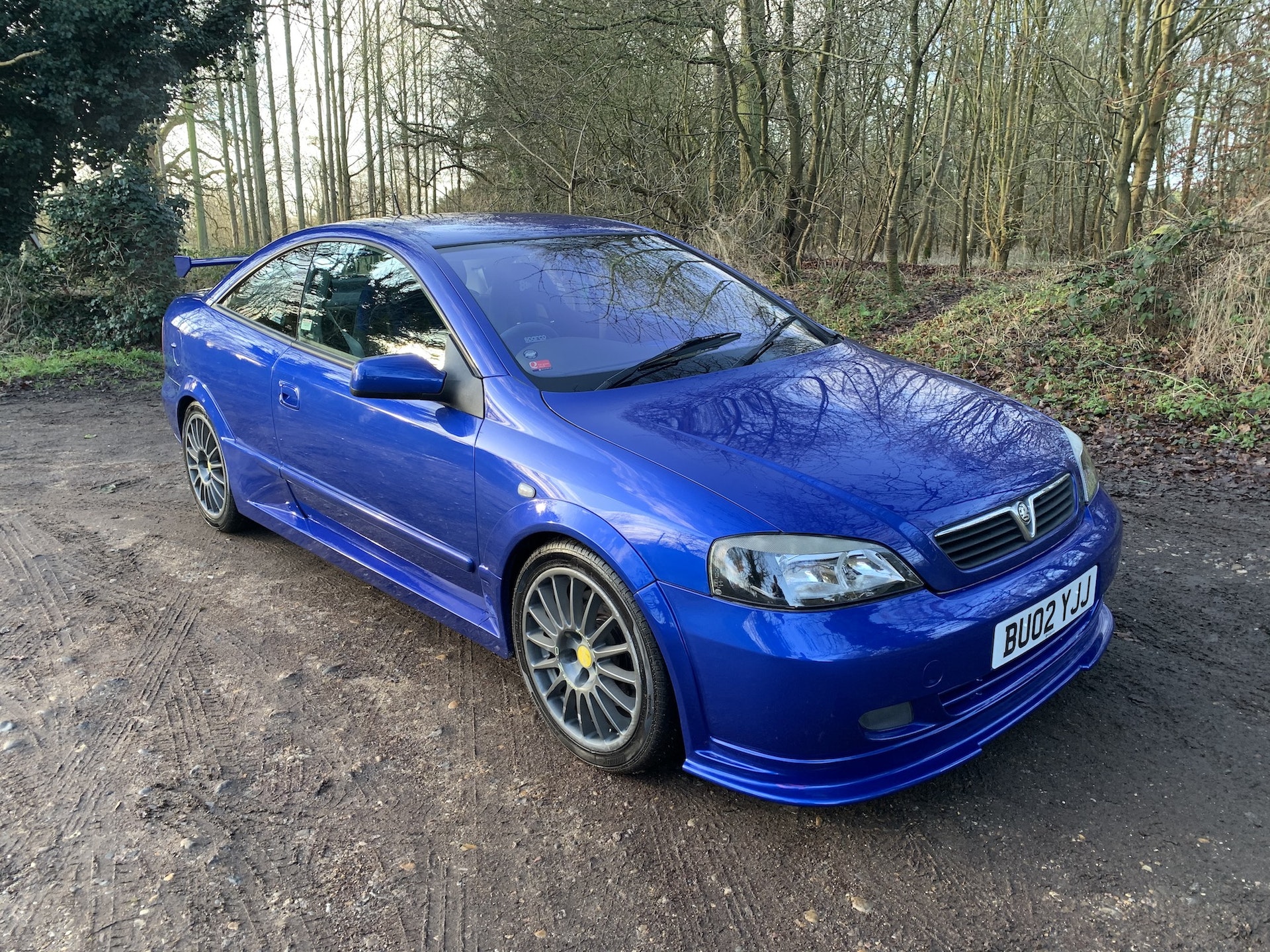 The Vauxhall Astra Coupe retains the record as the most dominant single car in BTCC history, winning four back-to-back titles from 2001 to 2004. Built as a celebration of the first success, the Astra Coupe 888 is a rare and sought-after limited edition, and this particular example is surely among the very best. In single family ownership from 2003 until 2019, it is a low-mileage car that would make a great addition to any collection of modern classics, but is of course also an exciting road car that begs to be driven.