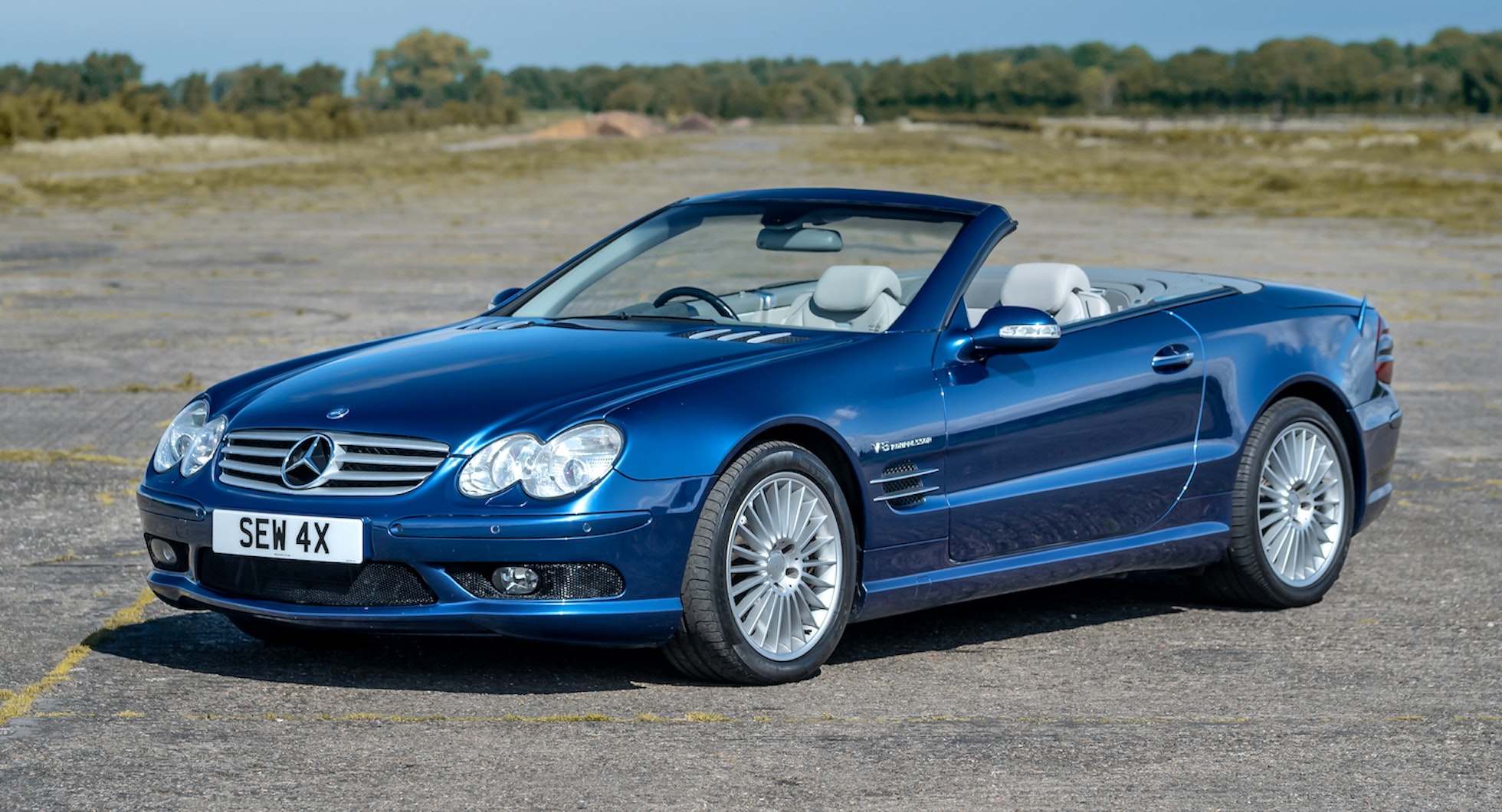 Finished in the gorgeous colour combination of Jasper Blue with Alpaca Grey Nappa leather, this 2002 Mercedes-Benz SL55 AMG is a powerful convertible sports car and has covered just 39,205 miles from new. Its engine is a 5.4-litre supercharged V8, coupled to a five-speed automatic transmission. 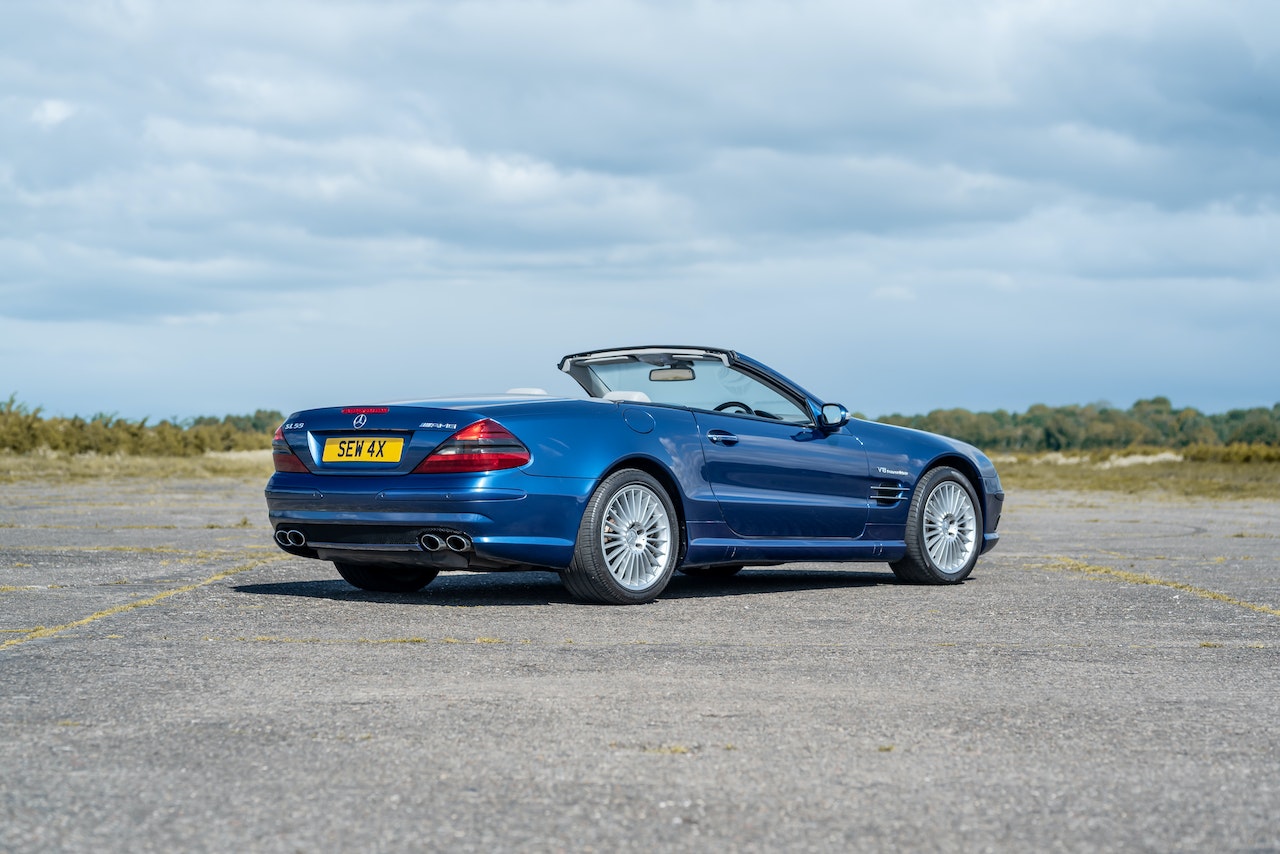 It’s refined and versatile, thanks to its folding metal roof, which opens or closes in 16 seconds, and is loaded with equipment. An early example of the R230 SL-Class with AMG power, this is a great example of a superbly capable grand tourer that has aged very well indeed. 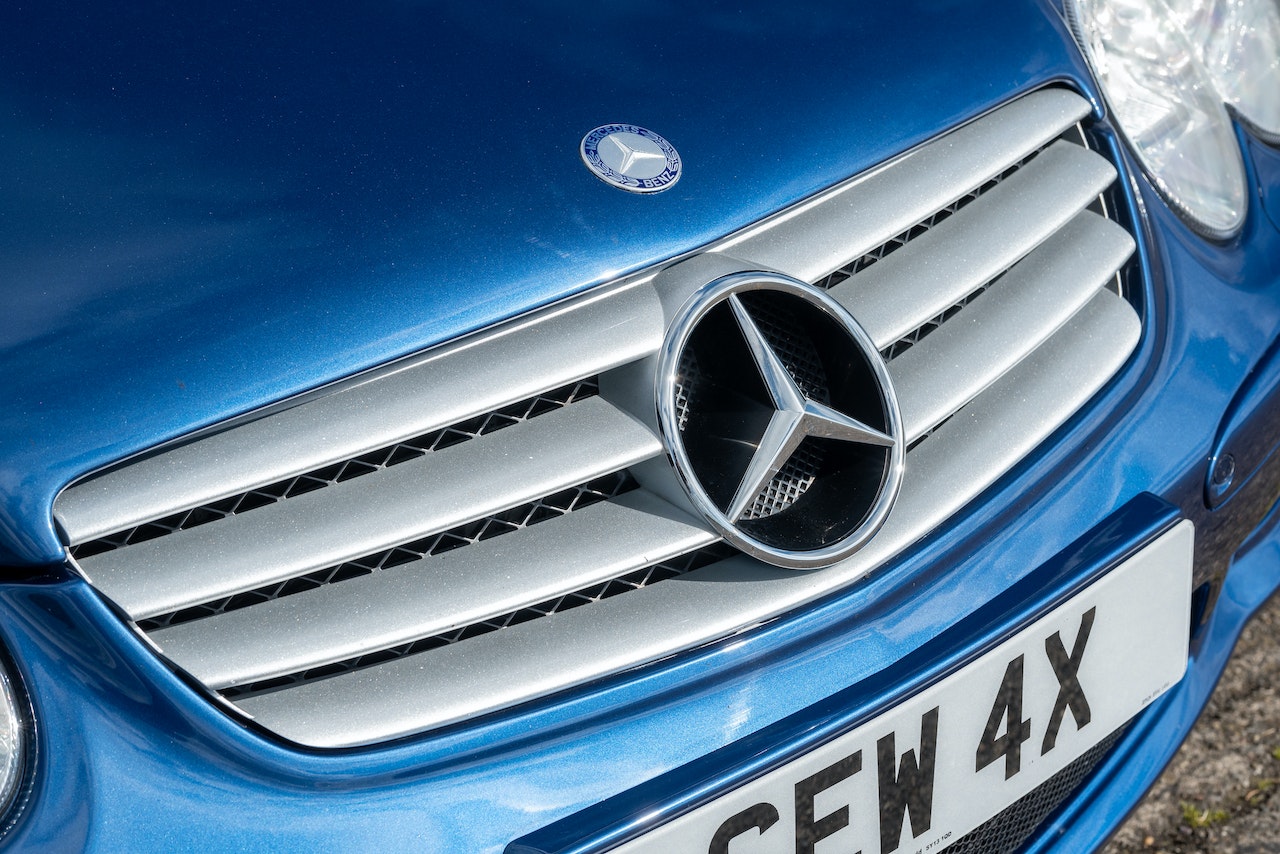 First registered in September 2002, the car has had only four previous registered keepers. The current owner acquired the car just over a year ago, and has driven the car sparingly, adding another 1,000 miles since then. 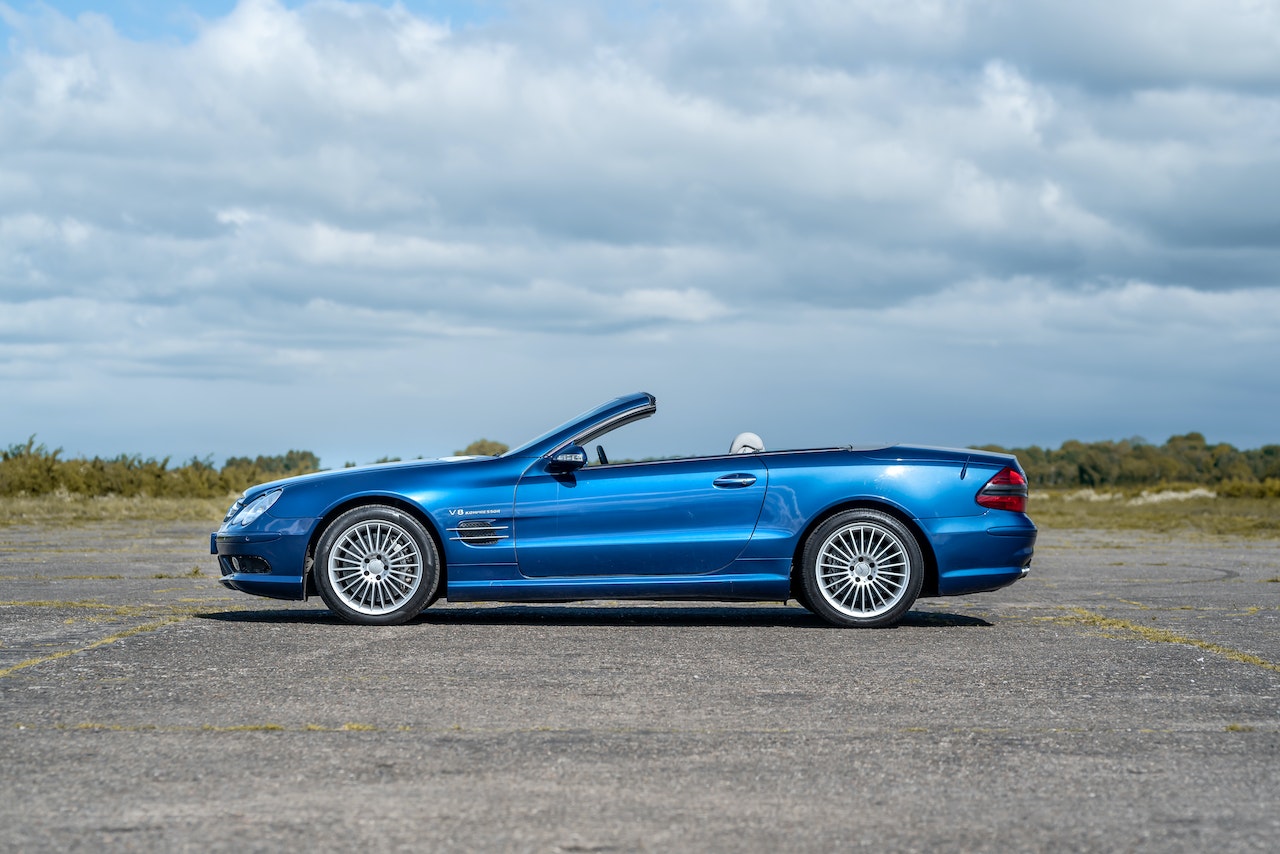 The Jasper Blue paintwork is in good condition, with some minor stone chips as expected for a car of this age. The 18-inch multi-spoke AMG alloy wheels are in great condition, though there is a small kerb mark visible on one rim and one centre cap is missing the Mercedes emblem. The alloys are shod in Pirelli P Zero tyres all round, with approximately 5mm of tread. 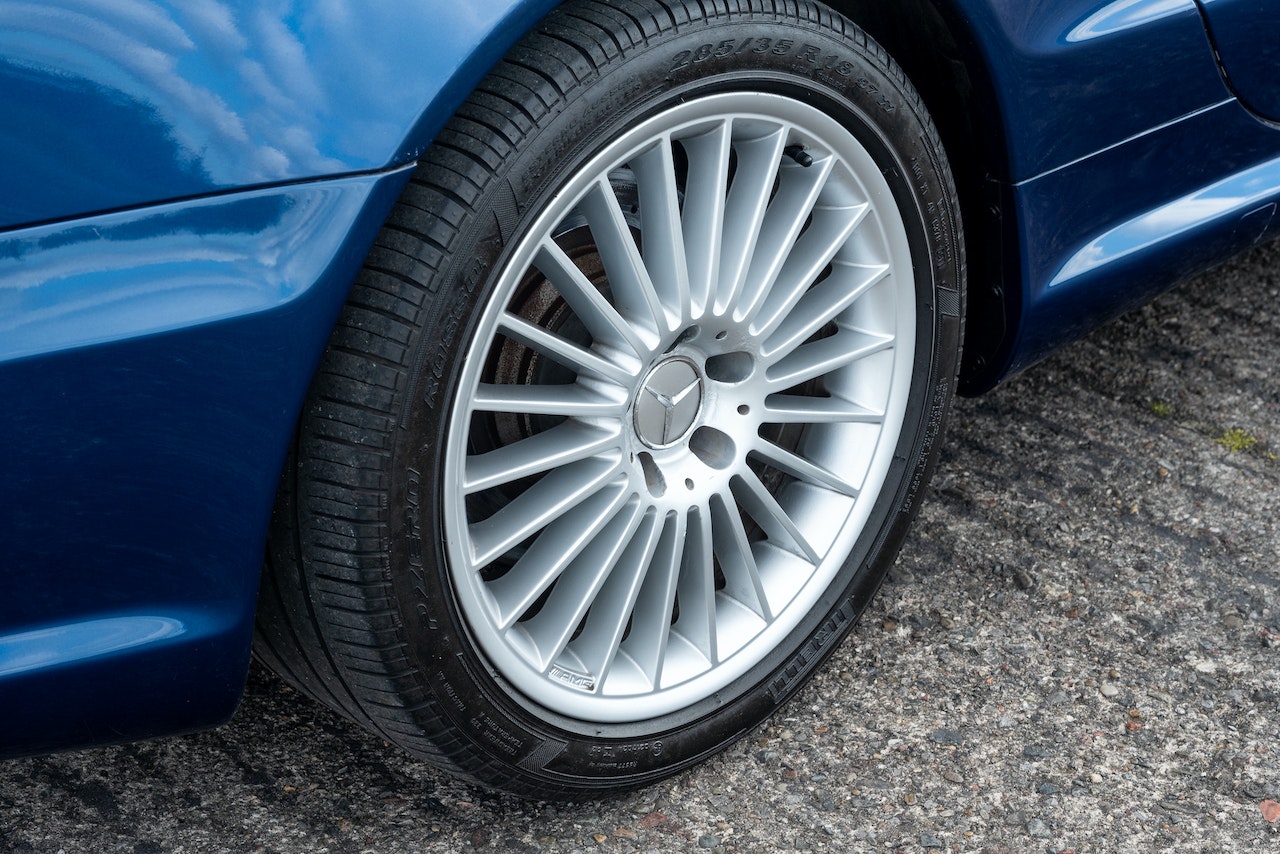 Moving inside, the Alpaca Grey Nappa leather contrasts well with the Jasper Blue exterior and presents well. There is some age-related wear to the driver’s bolster and the gear knob, and the driver’s carpet is also scuffed in places. Factory-fitted equipment includes heated and ventilated electric massage seats, dual-zone climate control, Bose surround sound, front and rear parking sensors, and cruise control. 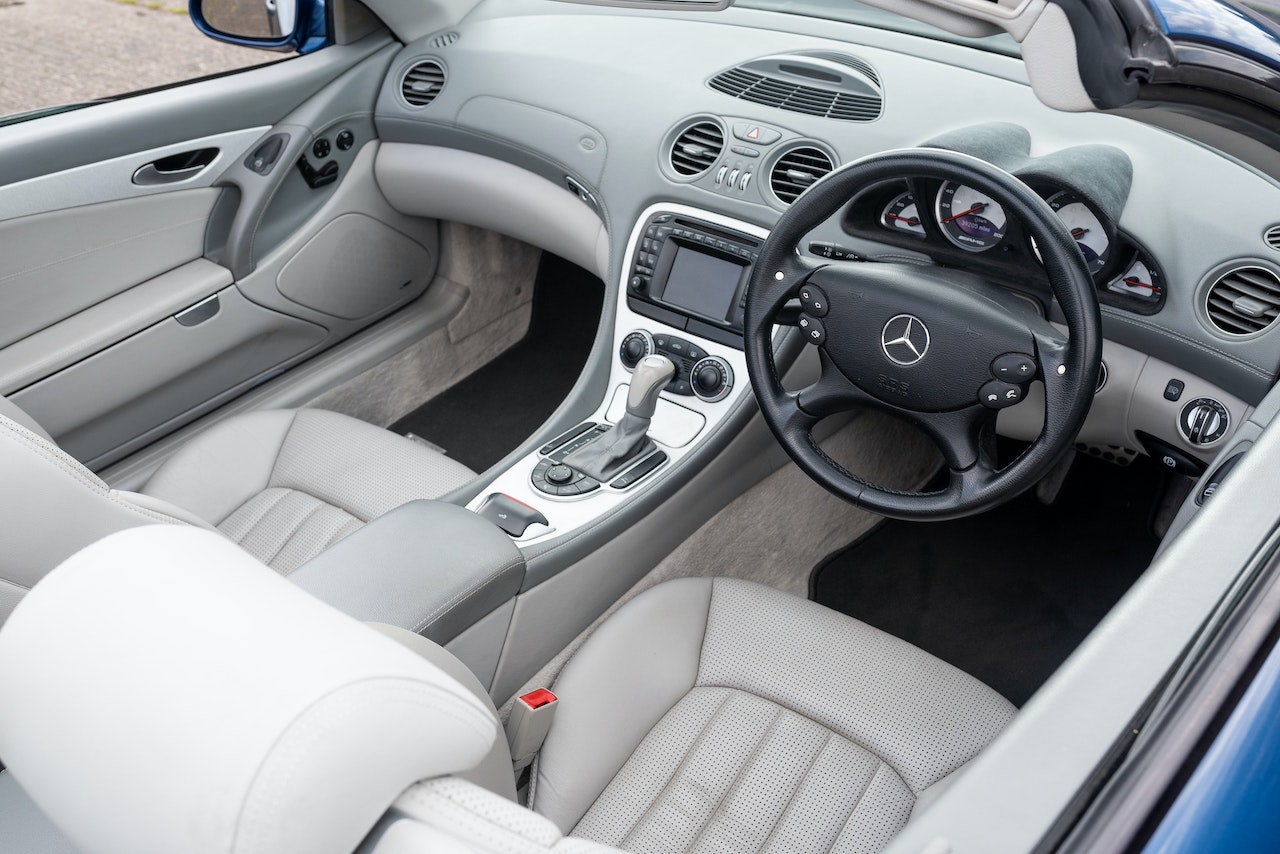 The owner states that the car has no mechanical faults, with the most recent MOT test having no advisories, but which expired on 5 May 2020. The seller is happy to put a fresh MOT on the car for the next owner. In 2015, the car received a full diagnostics check which resulted in new battery control module at a cost of £985. In 2019, a health check was performed by a main dealer, which found an SRS light on caused by a wiring connector fault, and which was subsequently reset. 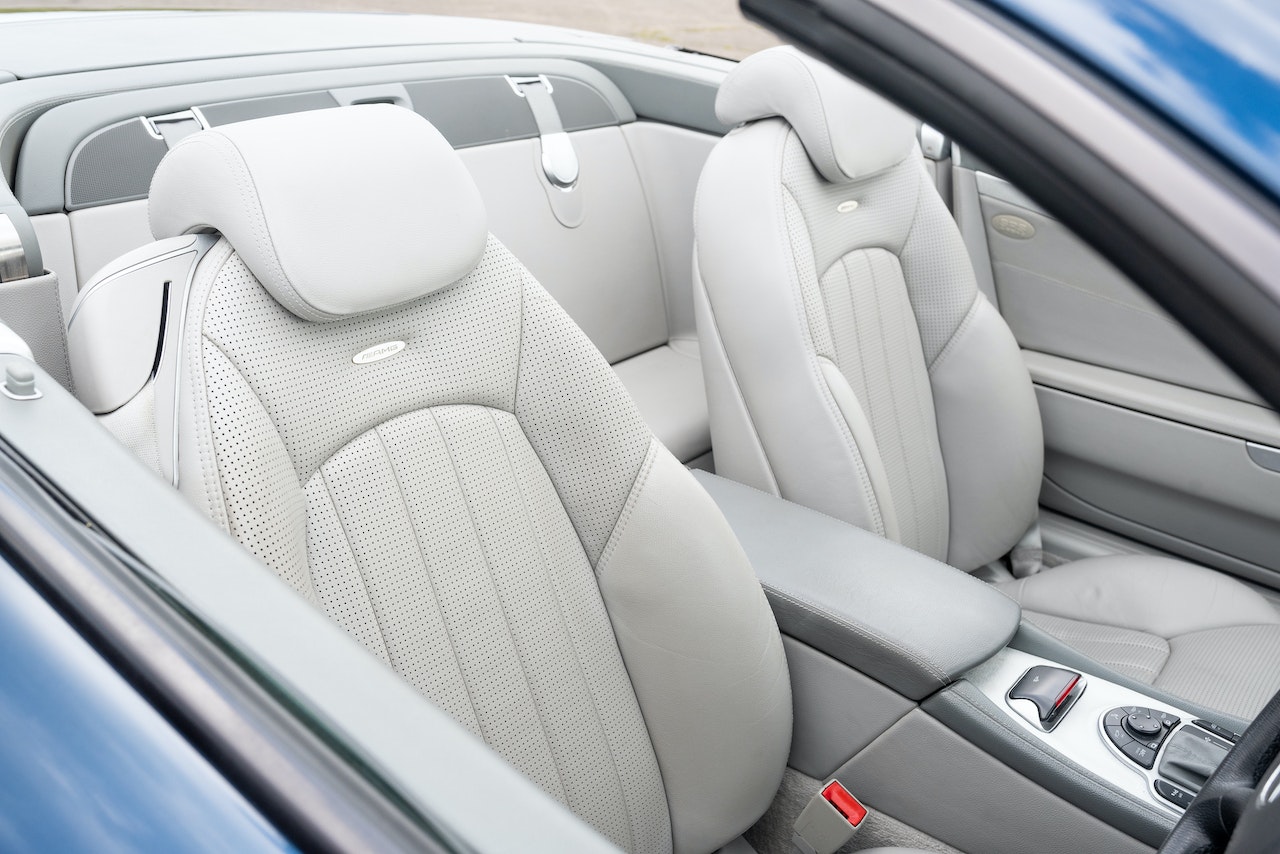 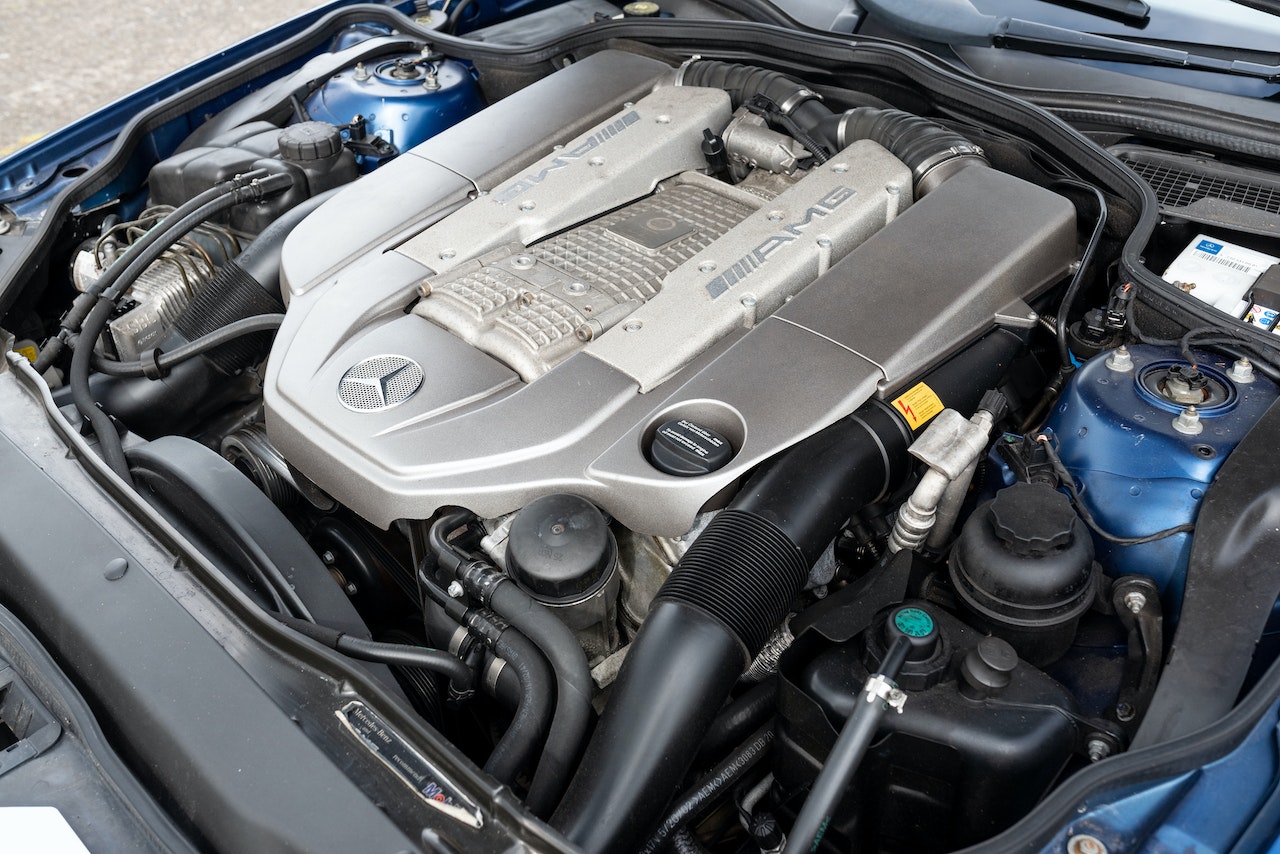 Accompanying the car is an original book wallet, comprising user guides and the owner’s manual, as well as a duplicate service record. The seller also states that there is only one key, and that the keyless-entry cards have previously been lost. In the boot are all of the original utility items, including jack, wheel brace, tools, and the tyre inflator. 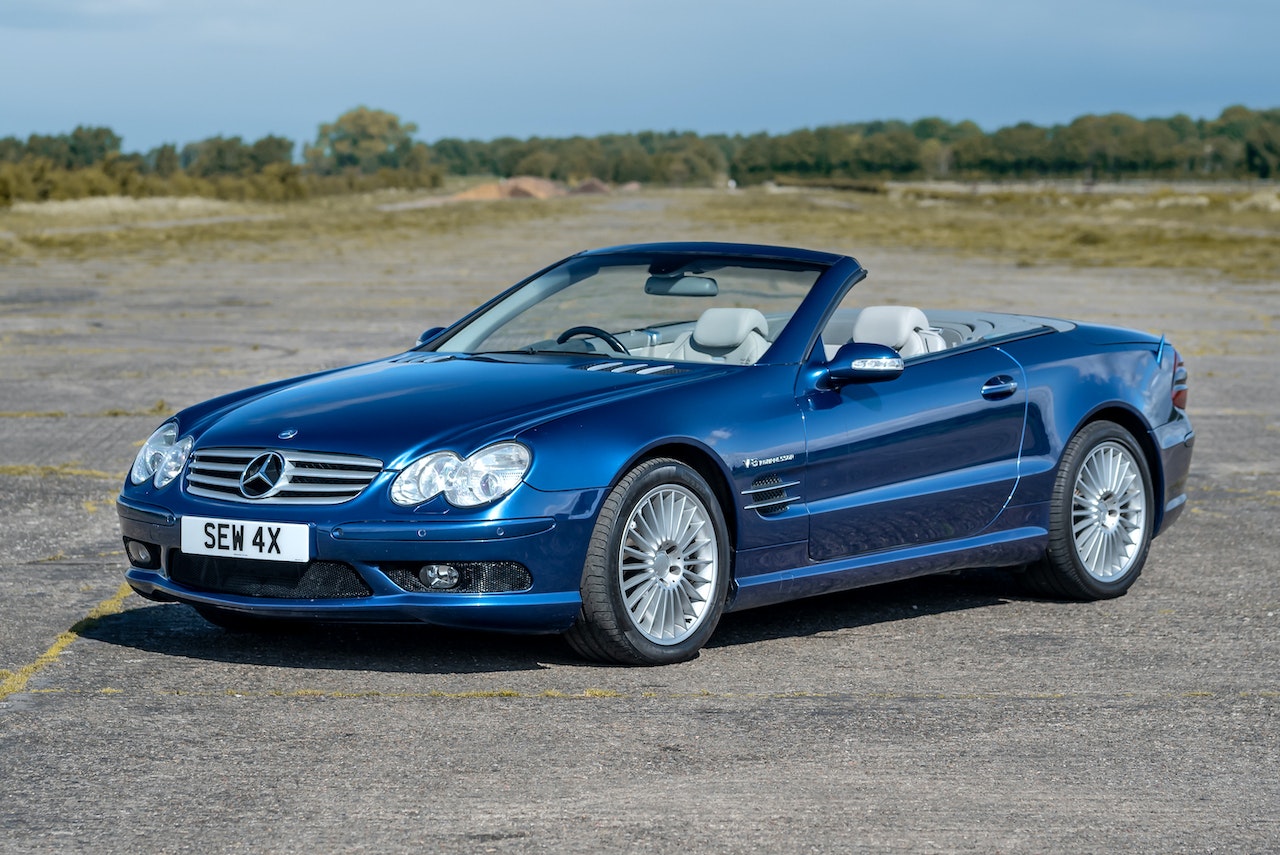 This Mercedes-Benz SL55 AMG is a refined open-top car with hugely impressive performance. Famously counting Jeremy Clarkson among its many fans, who described its exhaust noise as being “like a World War Two fighter”, it was also judged to be a superb used car by Autocar magazine in 2017, calling it “a dream car for Ford Mondeo money”. This is a low-mileage example of the breed, presented in a handsome colour scheme and in very good condition throughout, which is sure to delight its next owner.

Please note: the cherished plate shown on the car is not included in the sale. The seller has already applied to switch the car back to its age-related registration plate, and the amended V5C is therefore not yet with the seller.