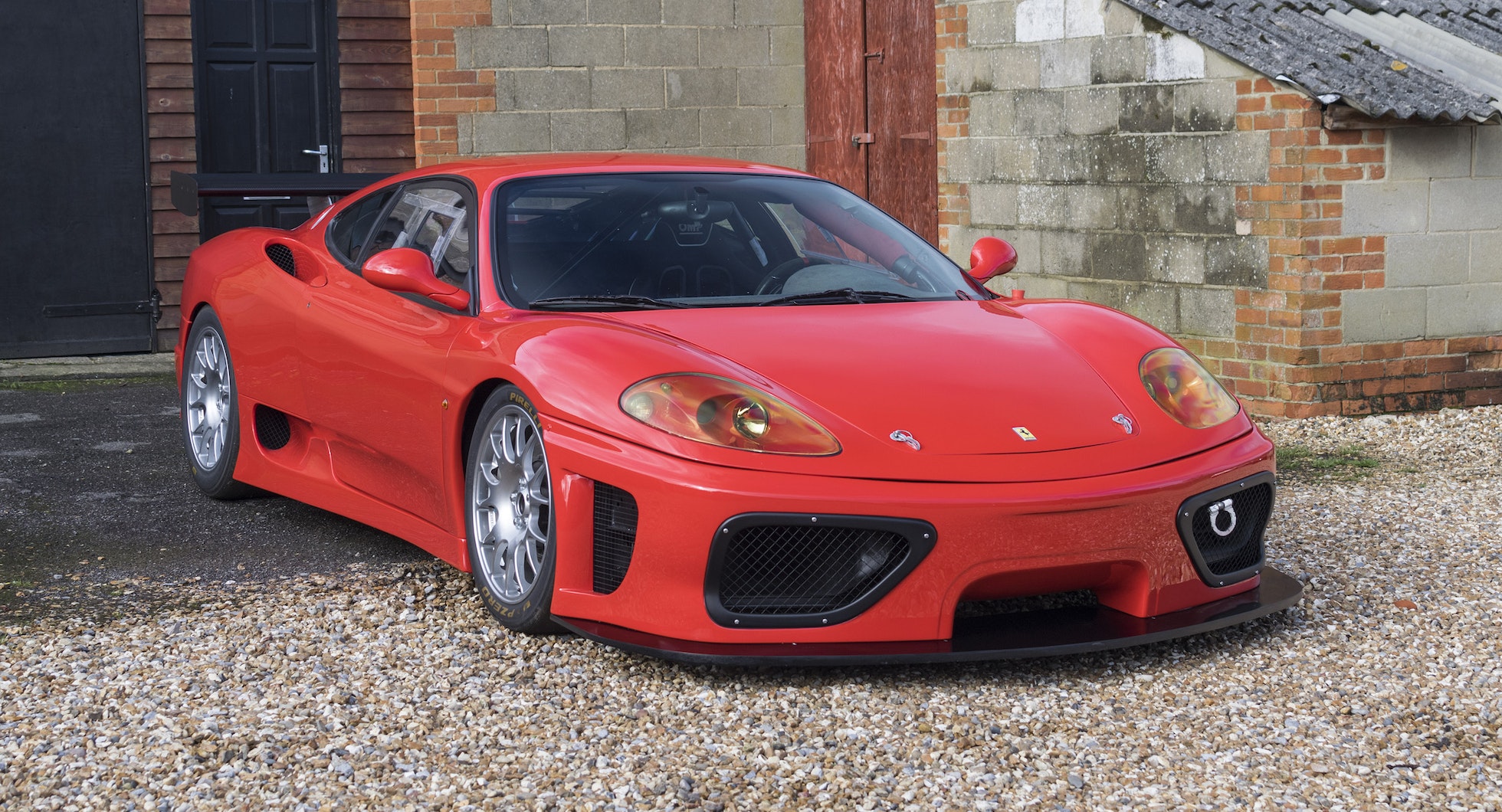 This Ferrari 360 Modena Challenge is a rare and collectable race car, which is presented in superb cosmetic and mechanical condition, and which is eligible for numerous exciting championships. It is powered by the 3.6-litre F131B V8 engine, producing 410bhp in Challenge guise, and driven through the rear wheels via the six-speed F1 automated manual transmission with paddle shifters. 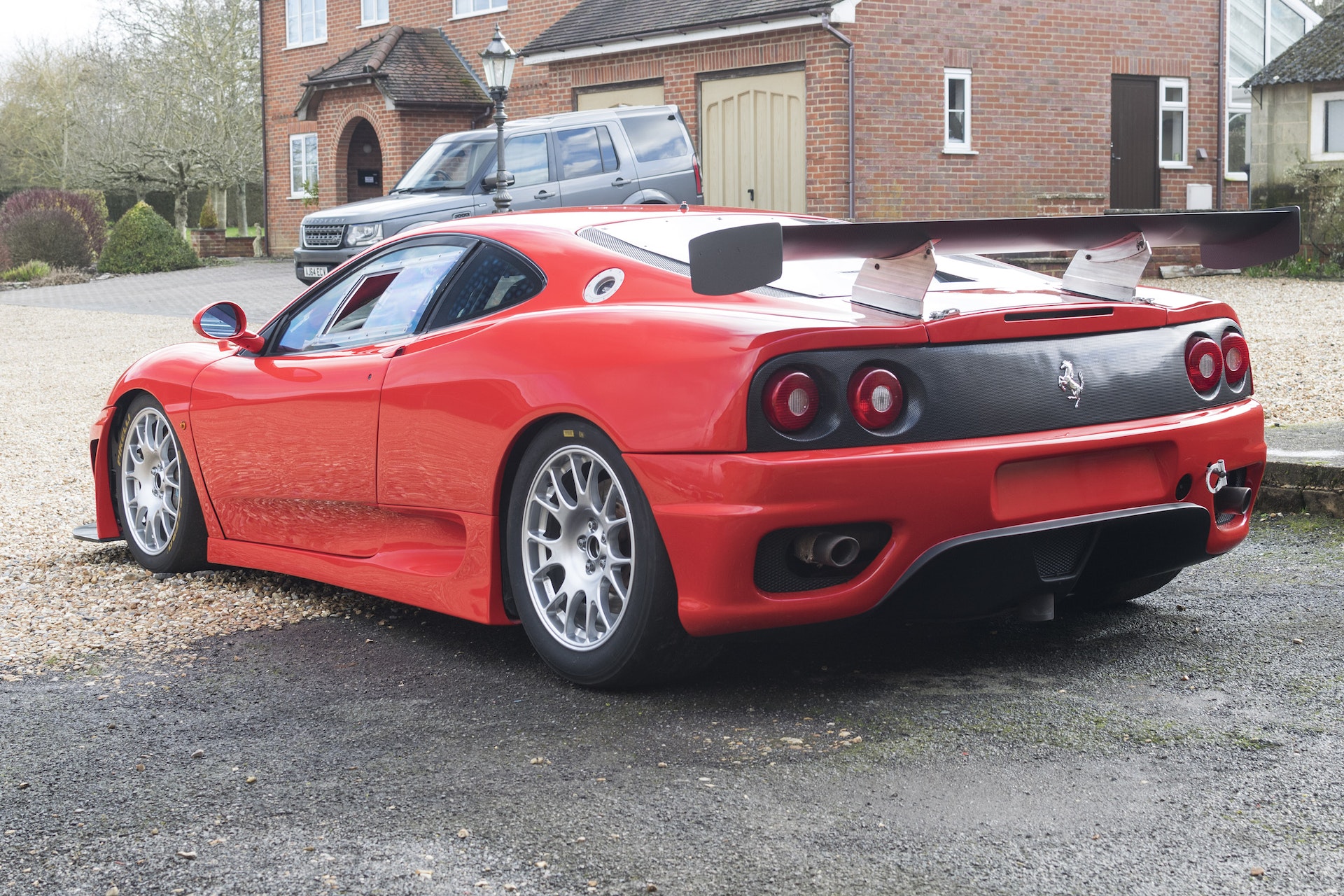 The car has had only relatively light use from new, including a handful of races. Its bodywork has been upgraded with the aerodynamic package from the Ferrari 360 N-GT, with revised front and rear bumpers, a prominent front splitter, and a large carbon-fibre rear wing. The car sits on a set of lightweight 18-inch BBS Challenge alloys, fastened with titanium wheel bolts. 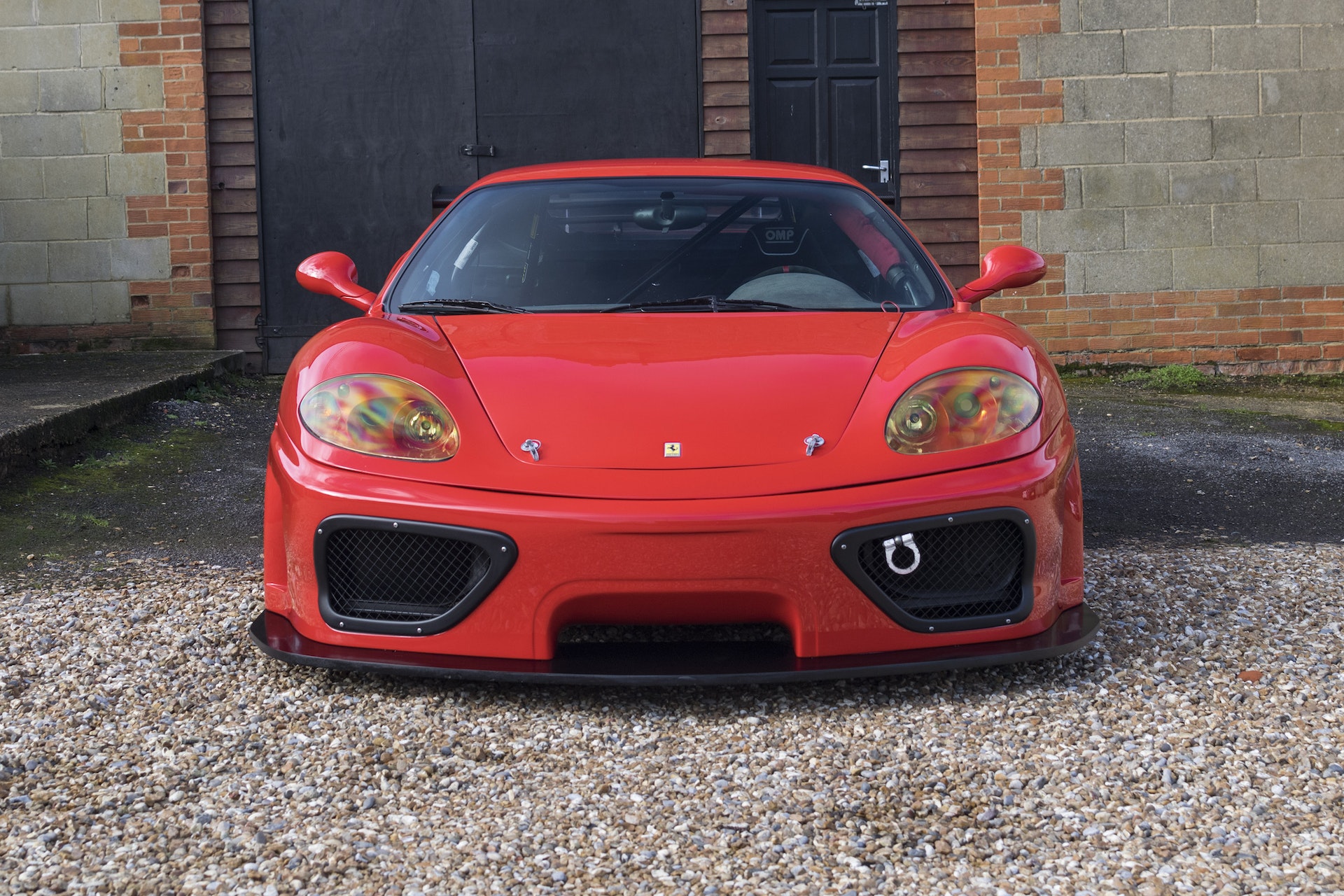 A range of modifications over the standard 360 Modena make the Challenge model a well-honed track car. The 3.6-litre V8 is blueprinted, micro-finished, and sits on uprated engine mounts. Its gearbox also features an upgraded transmission control unit that enables faster upshifts, as well as a racing clutch with lightened flywheel. Uprated and stiffer suspension components are fitted throughout, including multi-way adjustable dampers with ride-height setting adjustment. 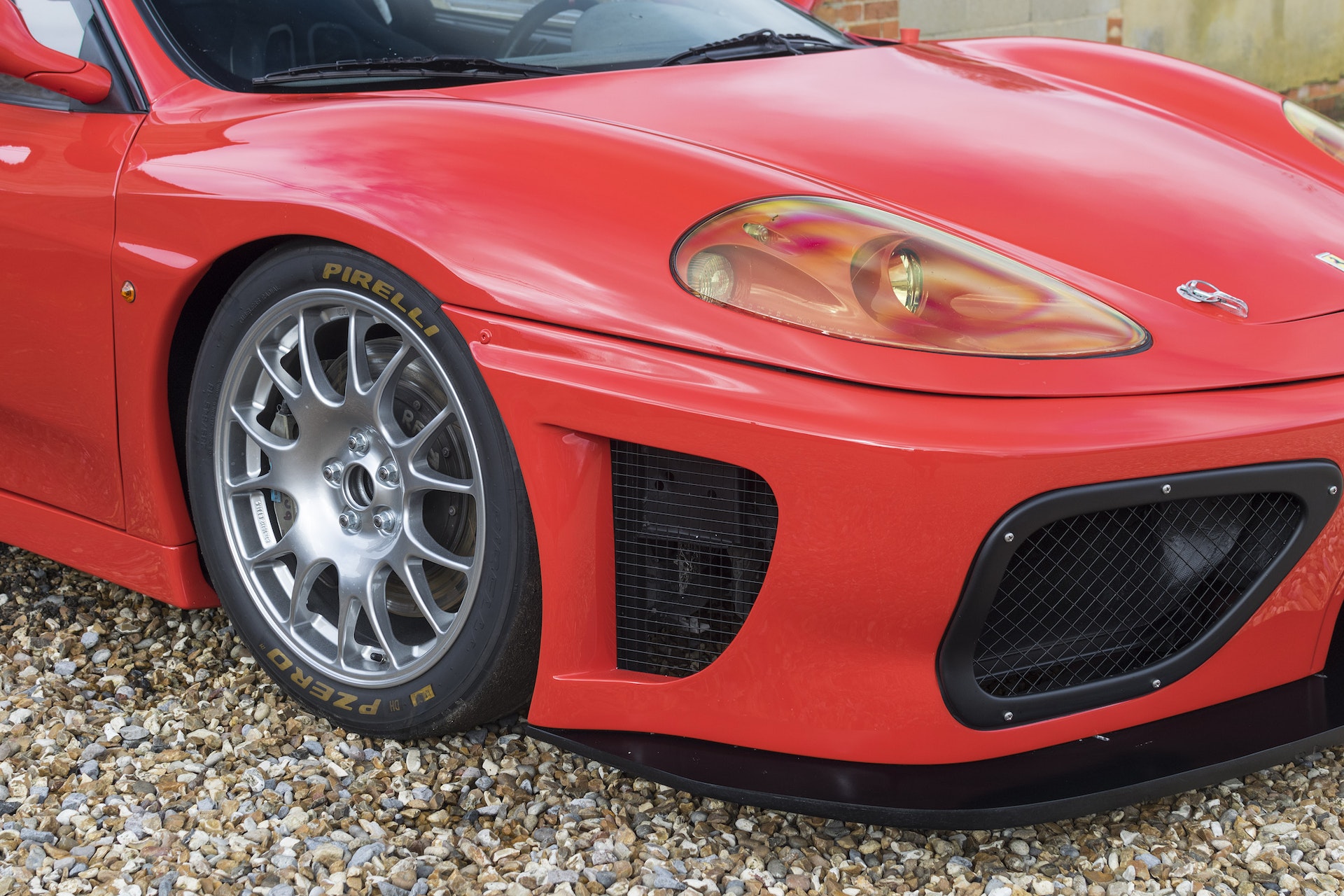 In the cabin, interior trim covers, door panels, and the standard glass windows are all removed, along with the sound-deadening material. In their place are a lighter front windscreen and rear glass, Lexan polycarbonate side window panels with slide openings, and carbon-fibre inner door panels with pull cords. There are FIA-approved fuel tanks, a bolt-in roll cage, and a fixed bucket racing seat with a multi-point harness. Ahead of the driver is an OMP three-spoke racing wheel and LCD instrument panel, and a fire suppression system is also installed. The Challenge model works out to be around 115kg lighter than a standard 360 Modena. 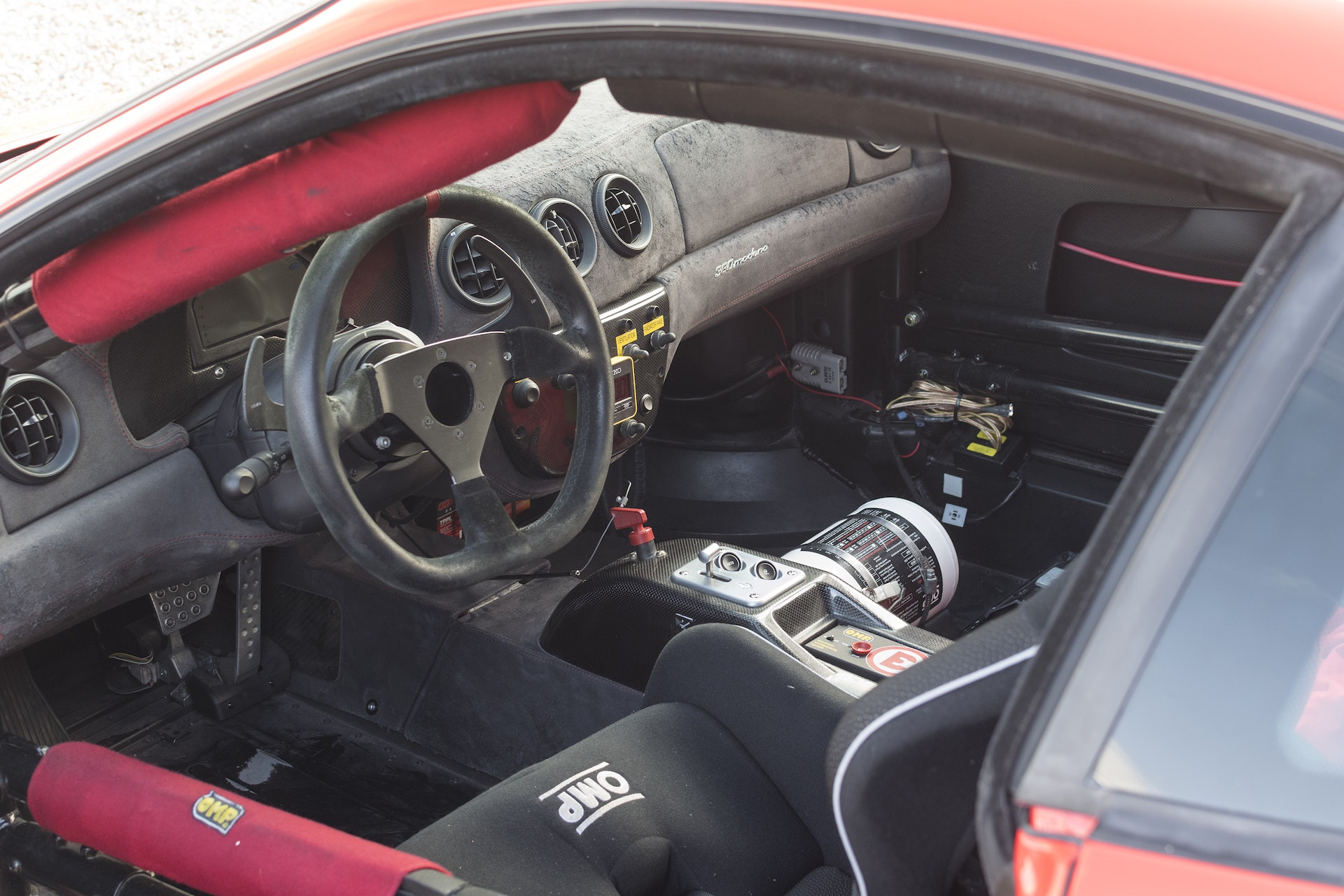 The bodywork of this particular car is in excellent condition, showing no panel damage. It has recently undergone a full respray in Rosso Corsa, and still presents beautifully. The front bumper and nose are free from stone chips, and all of the BBS alloy wheels are pristine. Its adjustable rear wing and support struts are in great shape. Both the front bonnet cover and rear engine lid have quick-release style fastening pins. The only note from the seller is that the additional strip brake light is missing following the respray - though this is an inexpensive replacement part, costing around £100 from any Ferrari parts specialist. 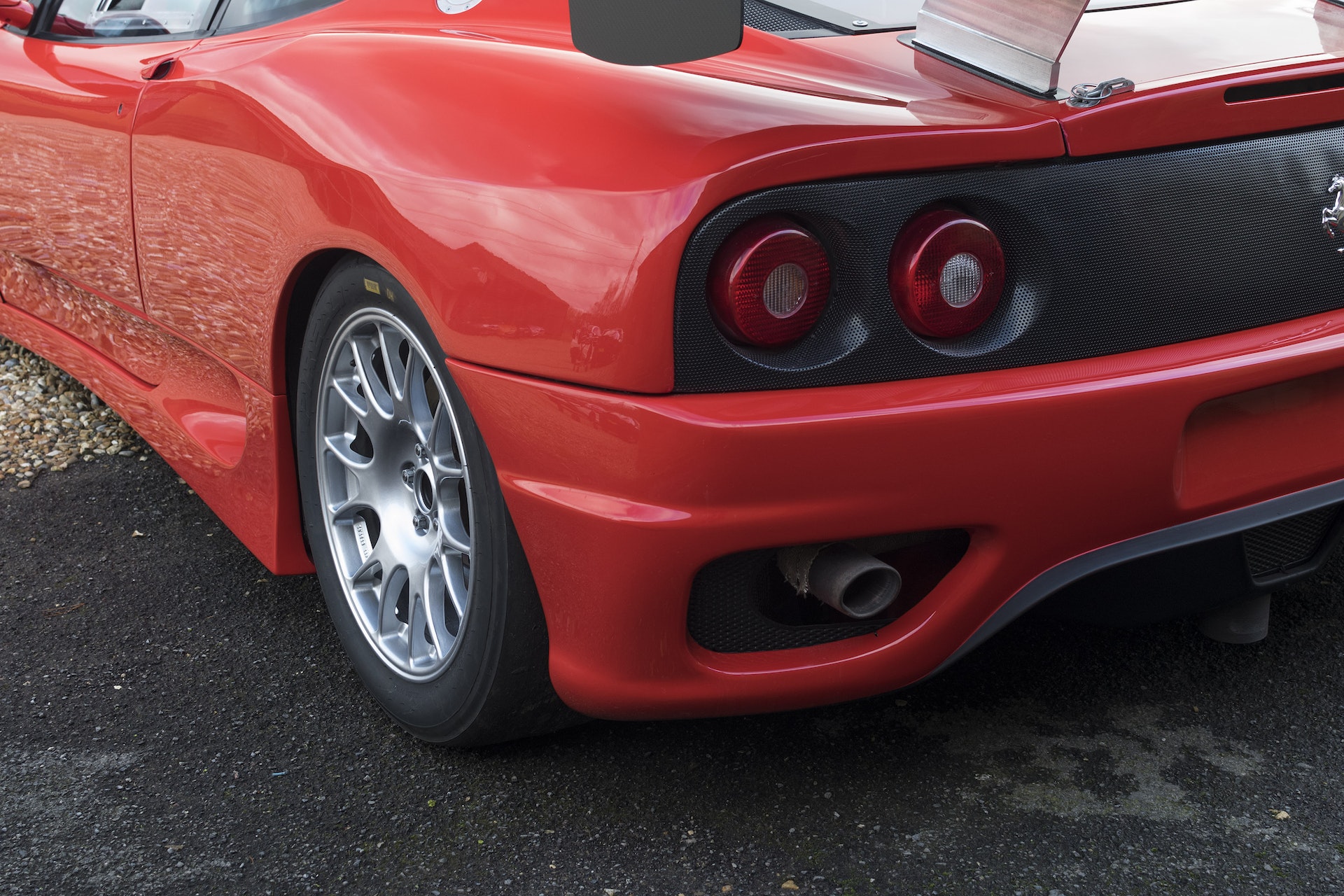 Both doors fit flush to the body, and the release mechanisms are working as they should. The carbon-fibre inner panels have no cracks or chips, and they are complemented by the full carbon-fibre transmission tunnel console. The OMP bucket seat remains in good order, as does the multi-point harness. There is a separate harness on the passenger side, ready for action in case the next owner wishes to install a seat for a co-pilot. Some wear is visible across the suede dashboard and steering wheel trim, but otherwise the cabin still presents very smartly. 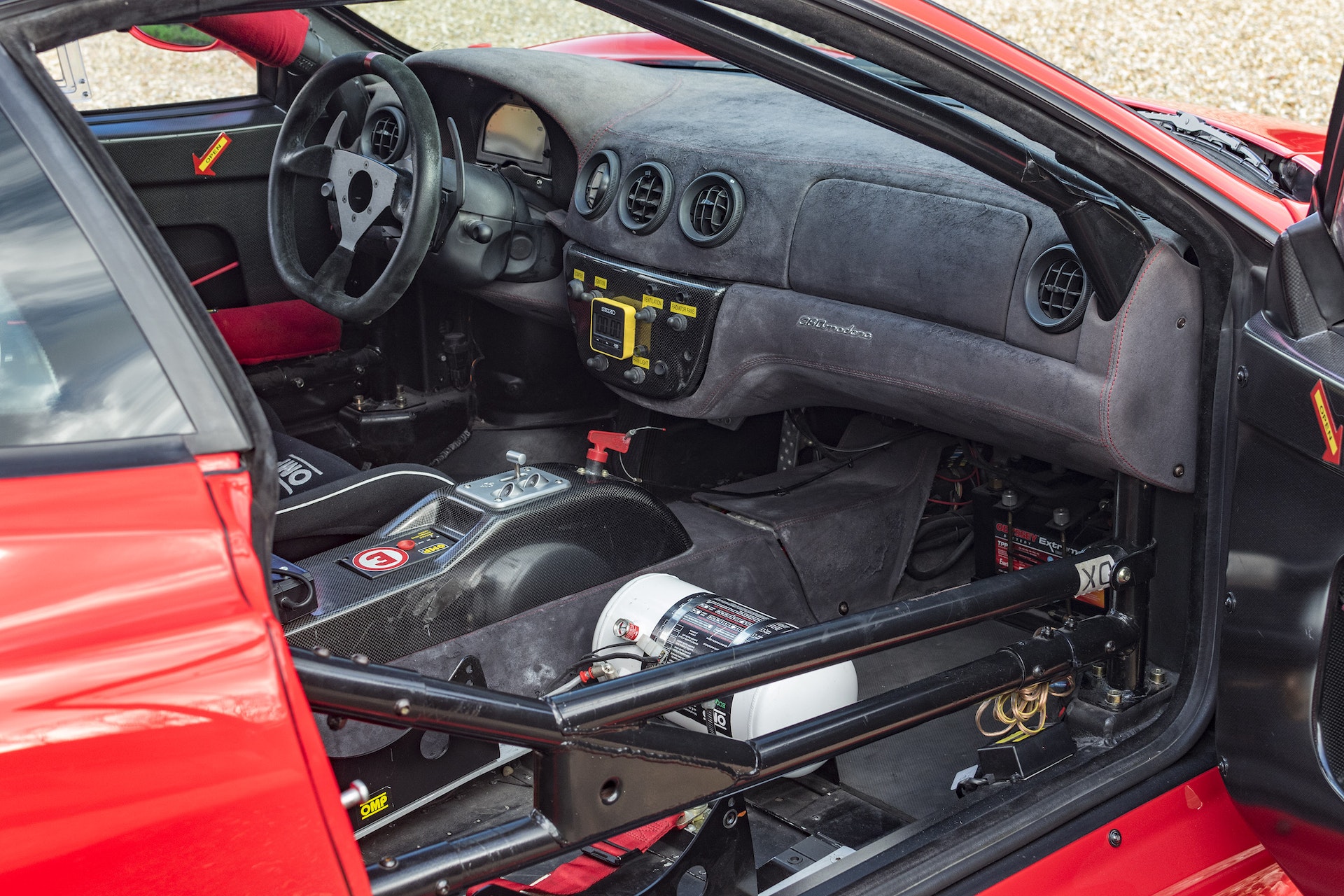 This 360 Modena Challenge is in fine mechanical condition, having recently received a fresh service, including renewal of the cambelts and water pump. All of the fluids were drained and replenished, including the gearbox oil, hydraulic fluid, engine oil and coolant. The car has been track-driven on only one occasion since the work was completed. When it had a recent diagnostic check using a Ferrari SD3 machine, the recorded clutch wear was 27%, and there are screenshots of this available, which also confirm that there are no ECU faults. The SD3 reading was also the source of the total km mileage reading stated above. 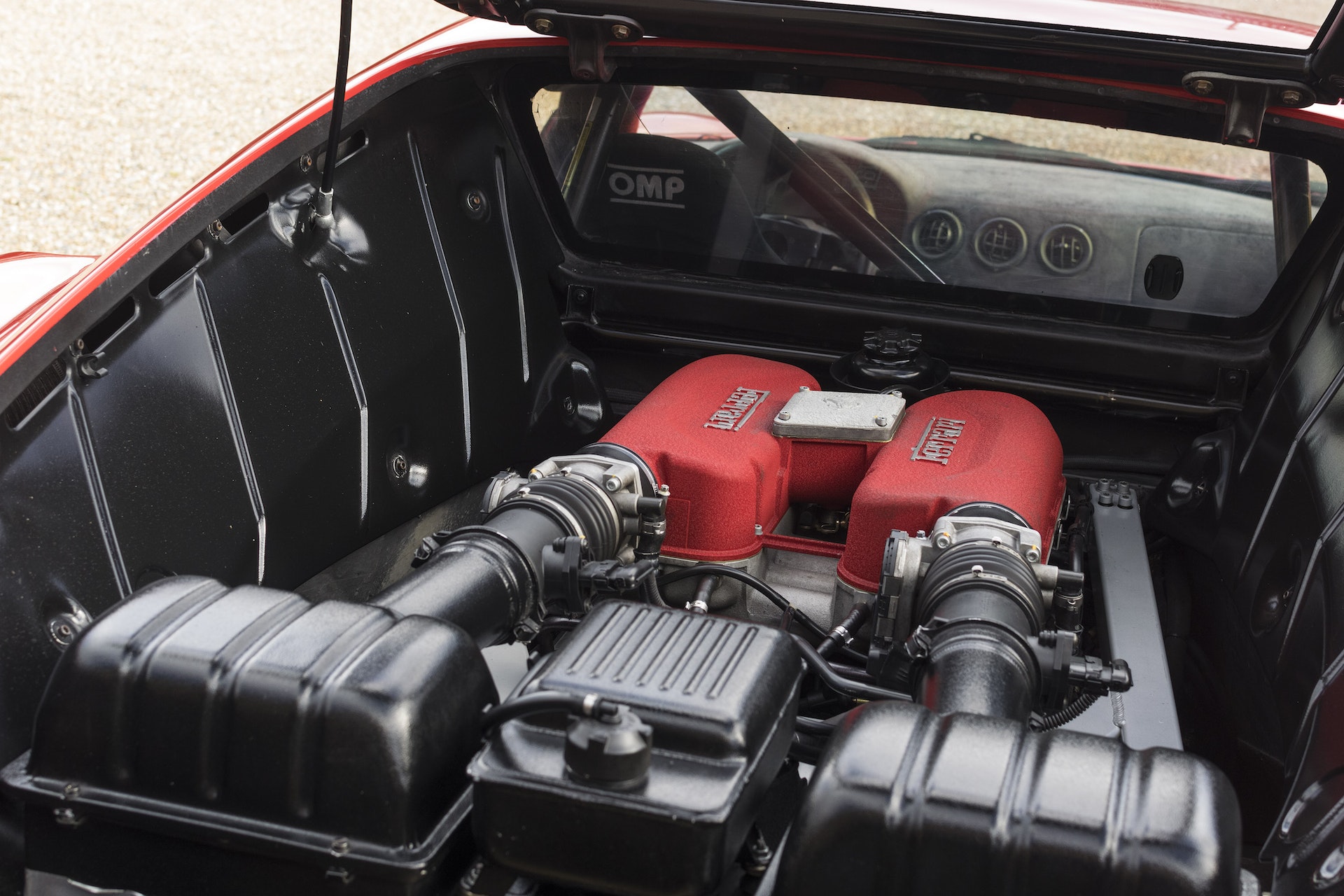 The car comes with air jacks, as well as a box full of spares that include brake pads, oil pipes, an exhaust silencer, and a used set of brake discs and bells. Its BBS wheels are fitted with a set of hard-compound Pirelli P Zero racing slick tyres in size 235/645 18 at the front and size 305/680 18 at the rear. 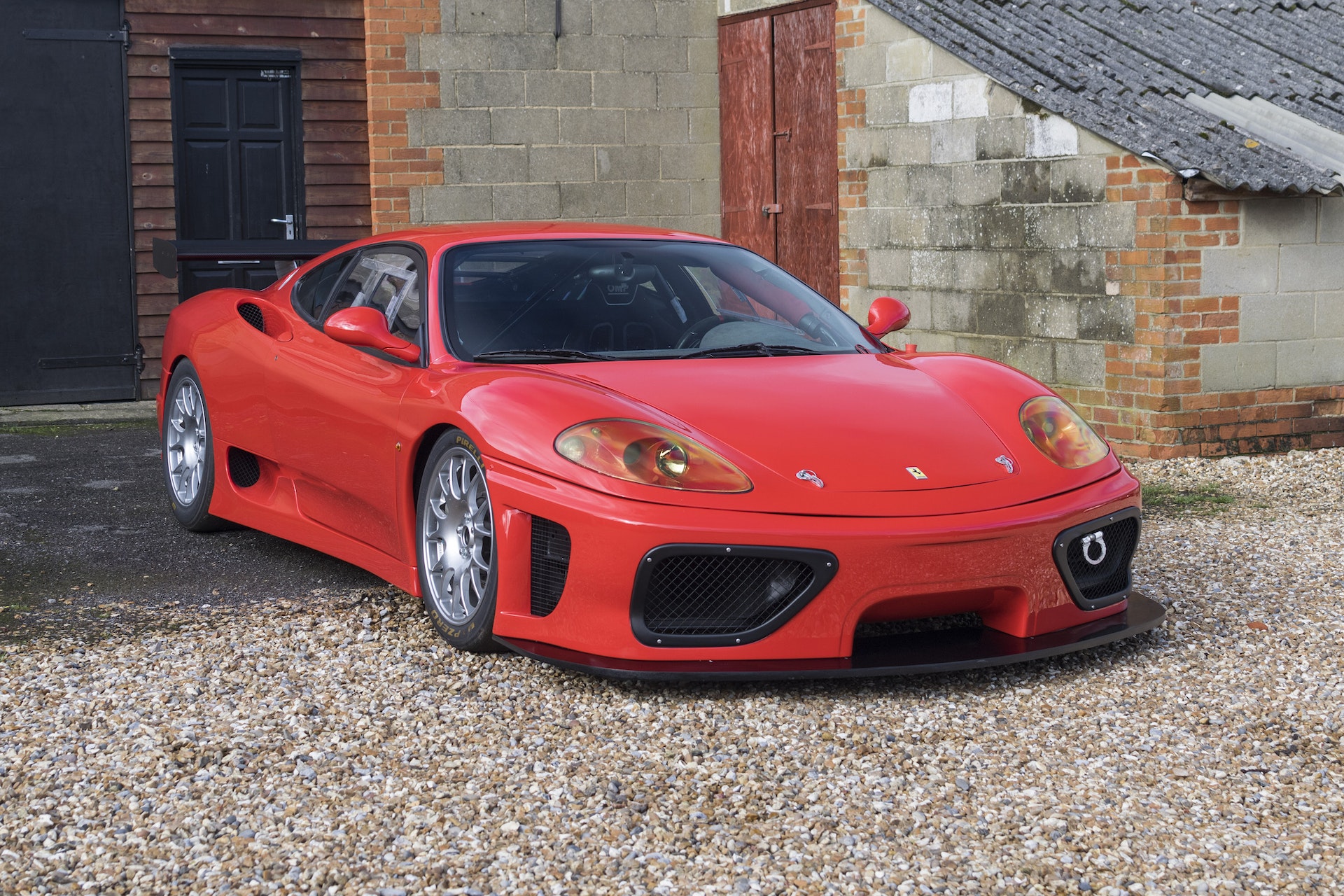 This Ferrari 360 Modena Challenge is a thrilling racer, which is eligible for a wide range of competitive events, including the GT Cup, Britcar Endurance Championship, Ferrari Club Racing Series and the AMOC Racing GT Challenge. It is an ideal entry route for an enthusiast who is looking to campaign a Ferrari for the first time, but could equally just be used for exciting track days if serious competition is not on the agenda. Presented in superb overall condition, this is a highly desirable race car that deserves to be thoroughly enjoyed on track, or potentially considered as a candidate for a road-legal conversion.