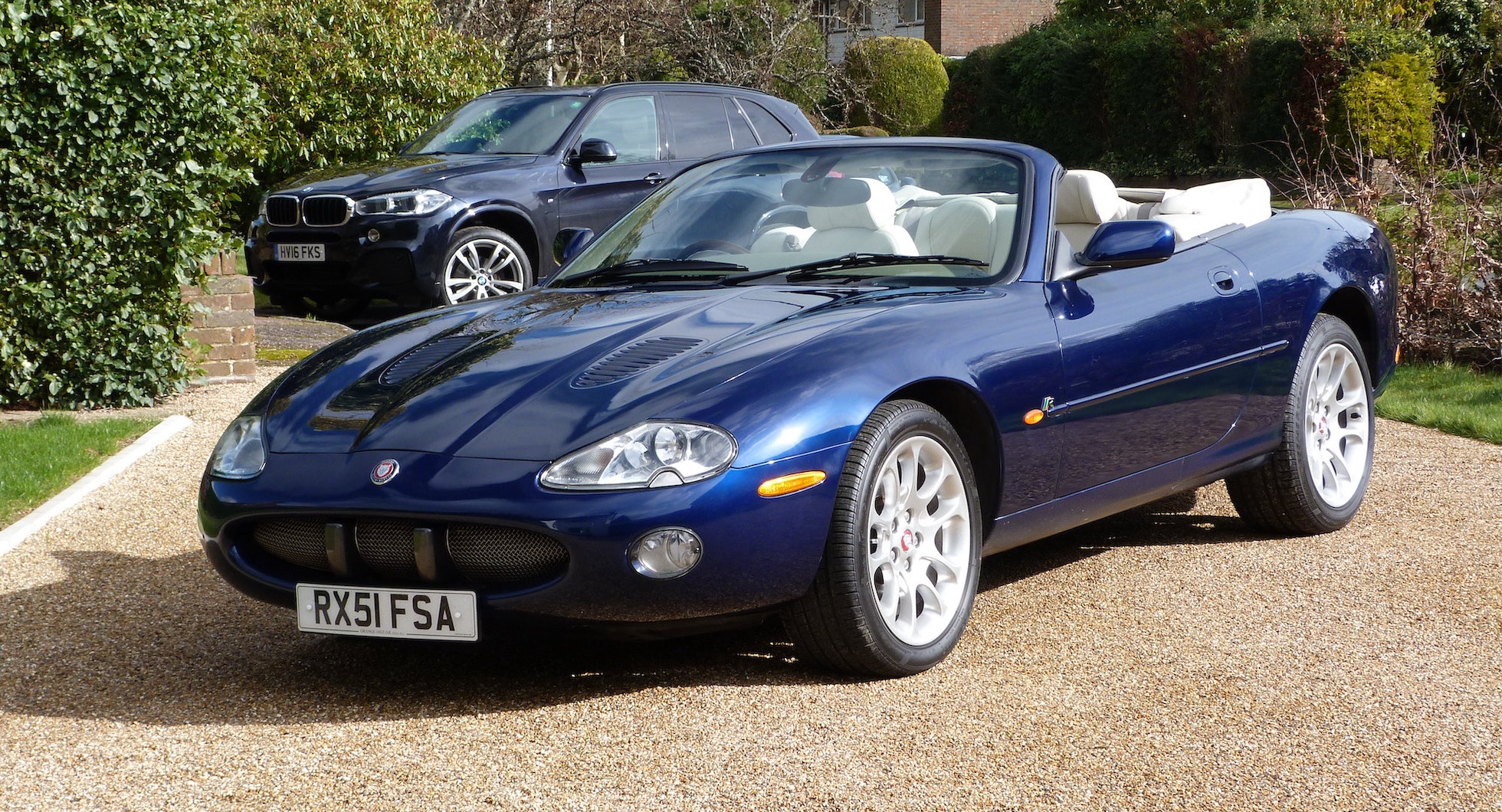 This Jaguar XKR Convertible is a handsome British modern classic, finished in a superb factory colour scheme, and in its unmodified original specification. It is powered by the 4.0-litre supercharged AJ-V8 engine producing 370bhp, driven through the rear wheels via a five-speed automatic transmission. The odometer shows 77,833 miles from new. 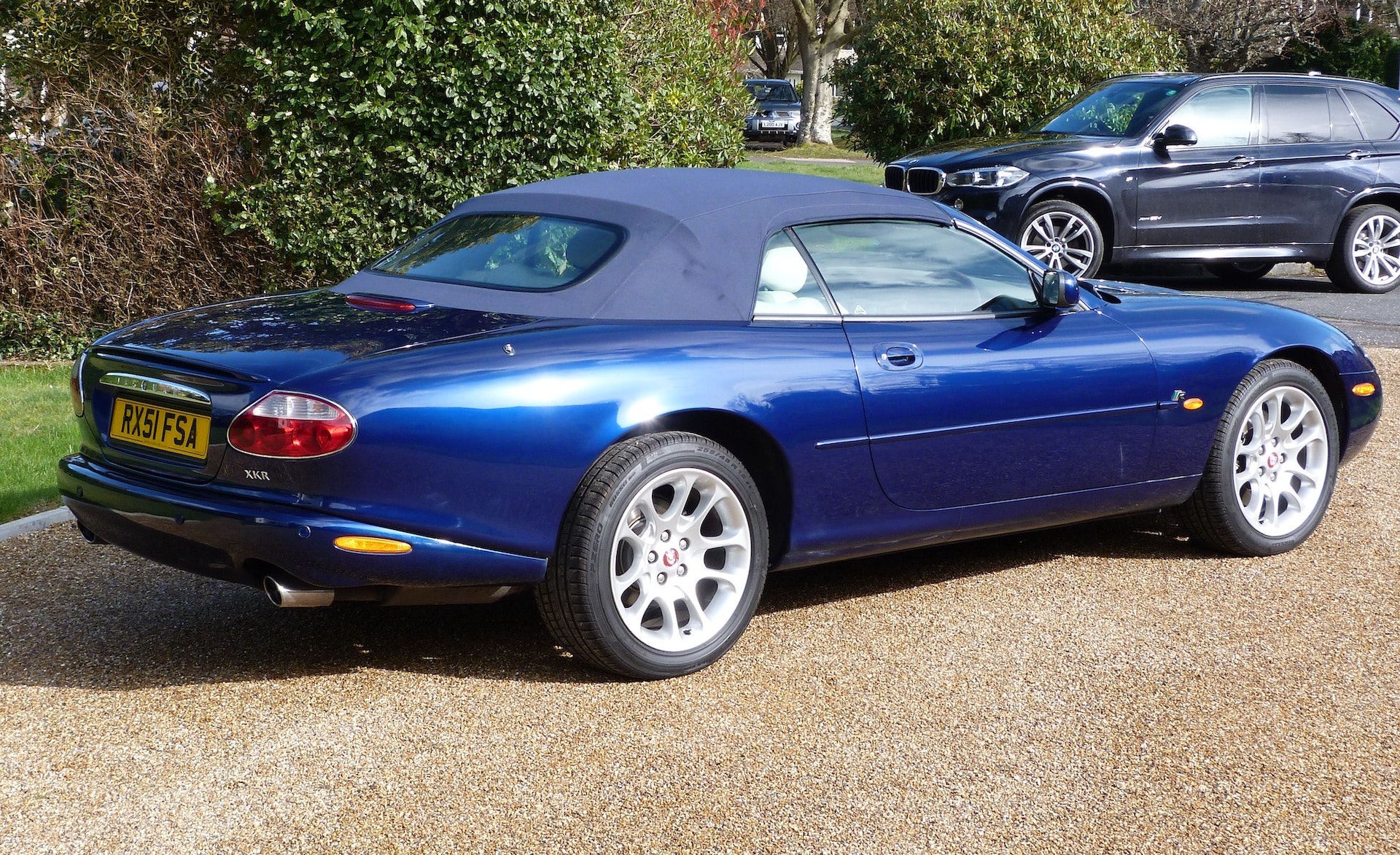 An original right-hand drive UK market example, this XKR was first registered in September 2001. There are four previous registered keepers on the log book, including the former chair of the XKR Enthusiasts Club. It has been owned and cherished by the seller for nearly six years, who has driven the car sparingly in that time. 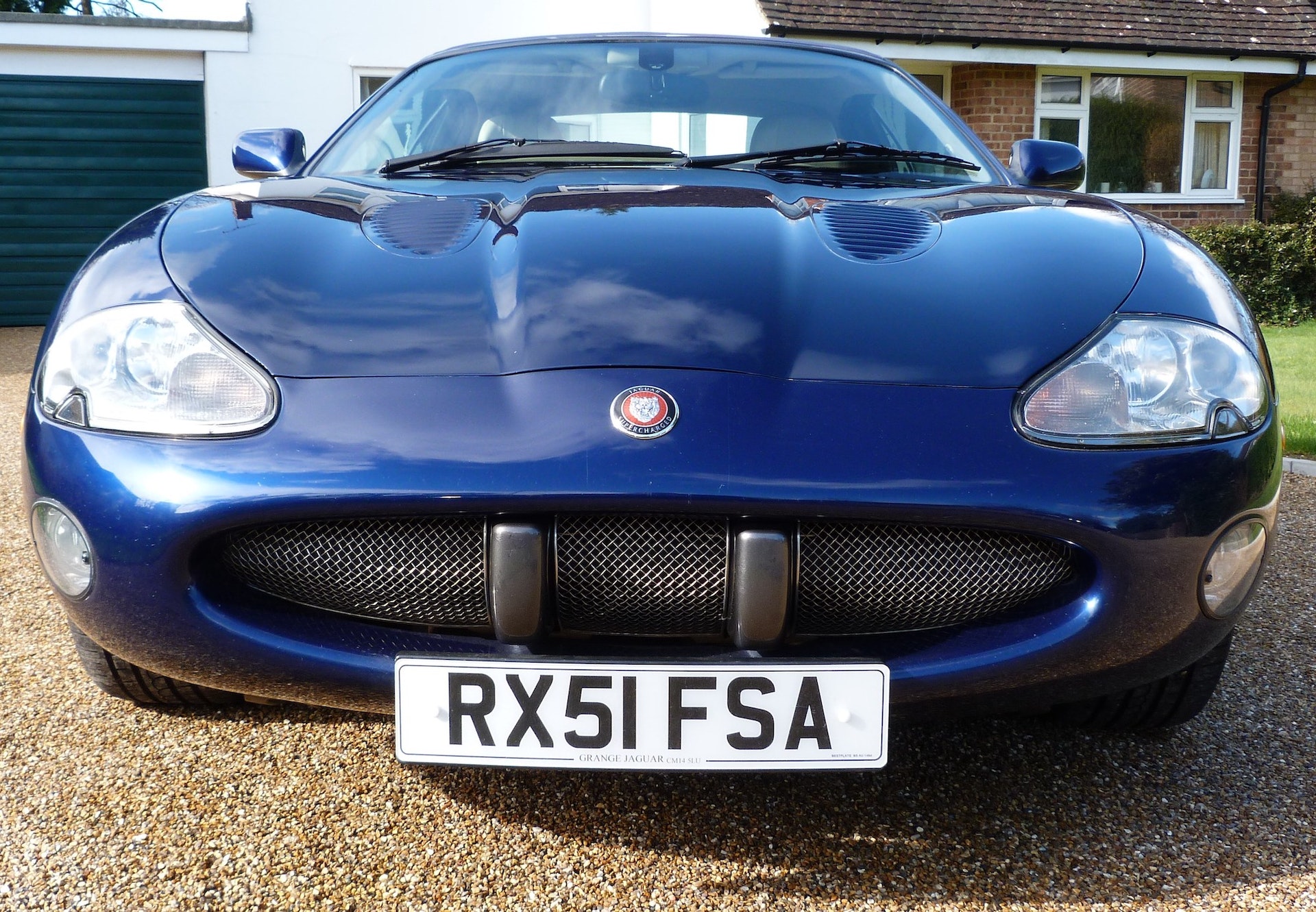 The bodywork of this Jaguar is in very good order, and the Pacific Blue paint presents well. There is a minor smattering of stone chips to the front, as you would expect from road use. 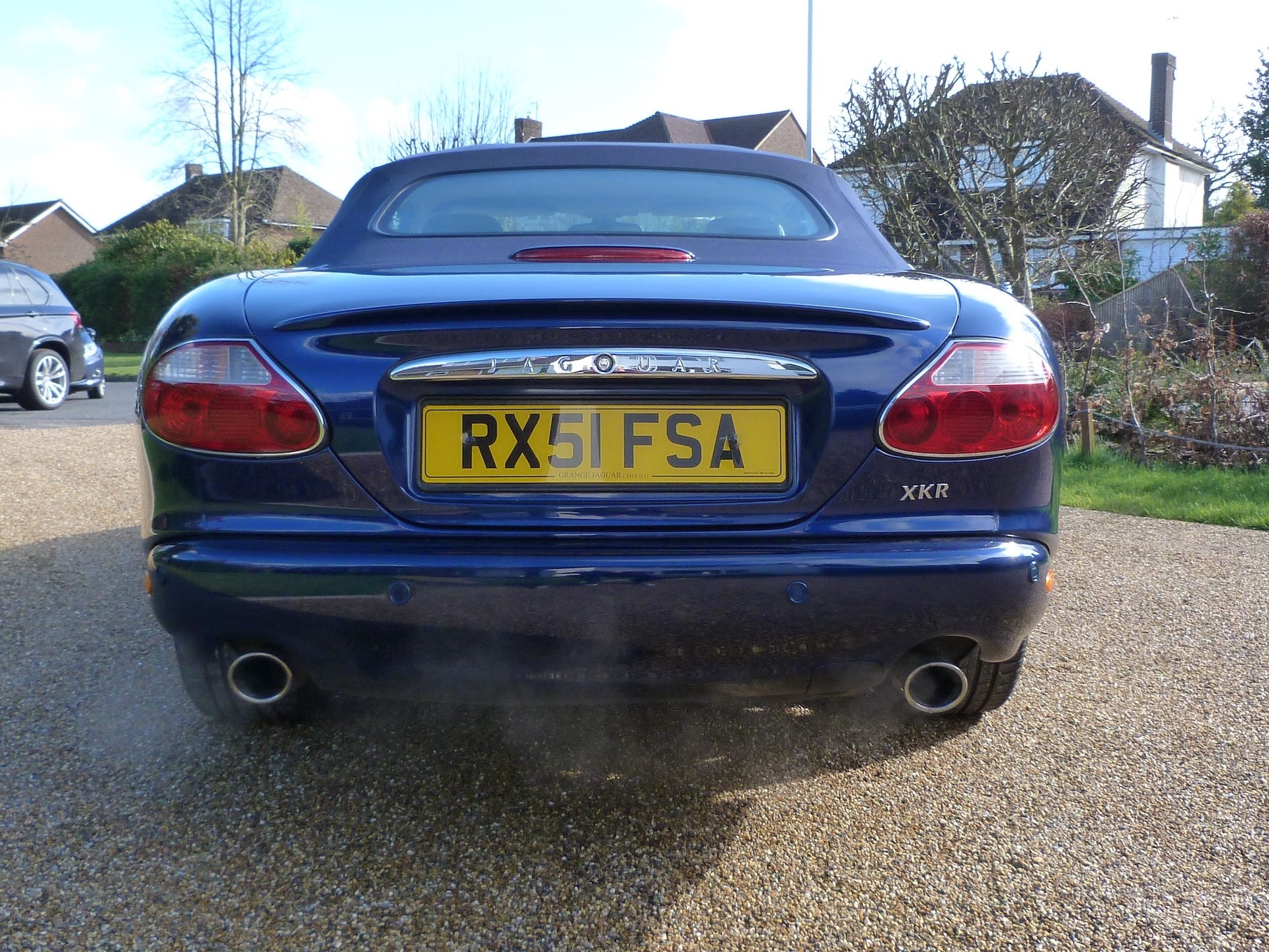 It is fitted with a blue fabric convertible hood, which was replaced in 2011 and is immaculate with no rips, holes, or other damage to the material. The tonneau cover is fashioned in Ivory leather to match the interior, and is in very good condition. The car rides on the correct set of 18-inch ‘Double Five’ alloys, which are virtually pristine, showing only a few tiny nicks in the nearside front wheel. 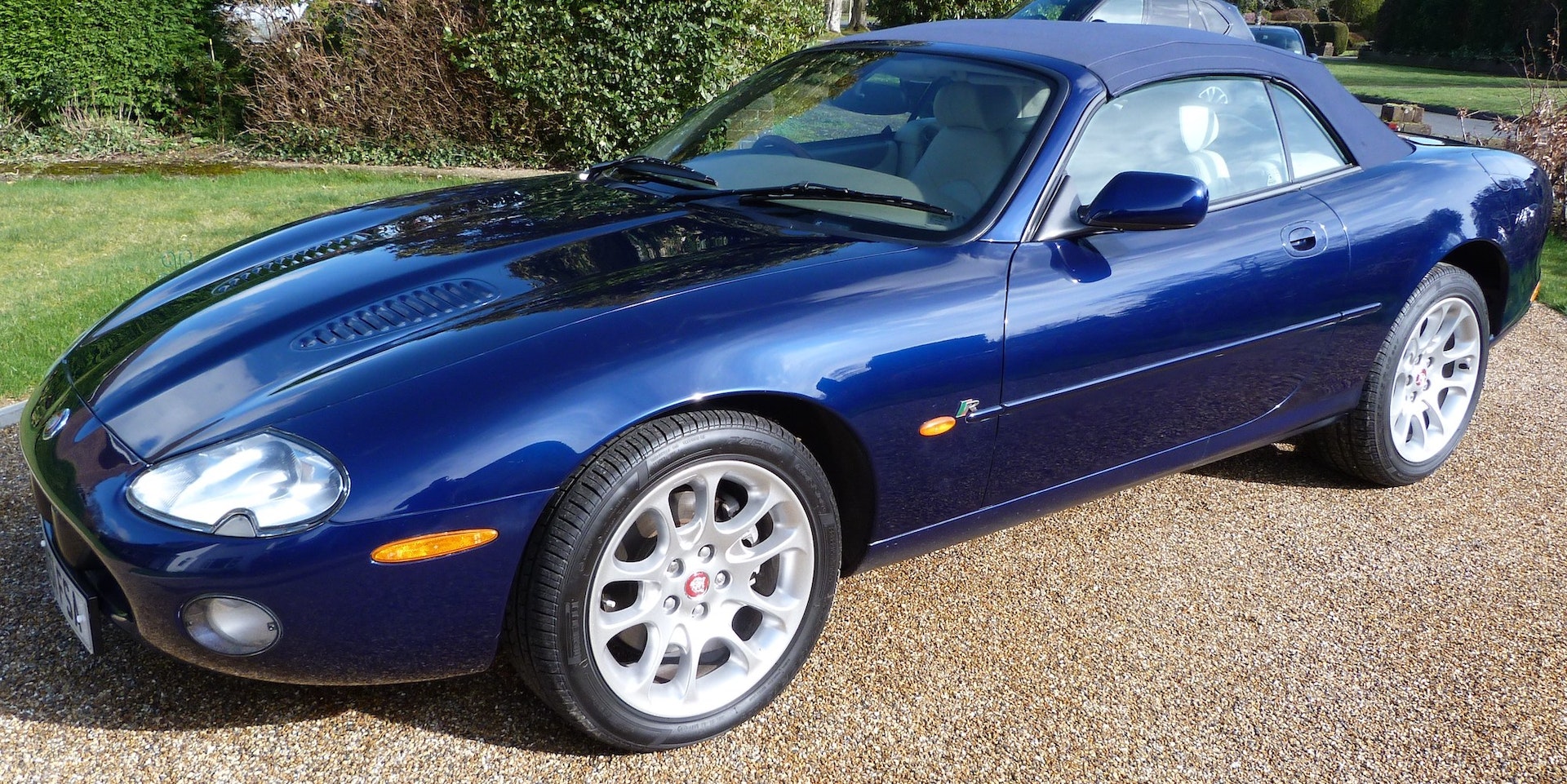 The Ivory upholstery in the cabin contrasts perfectly with the exterior colour. The leather itself is in superb condition throughout, and the front seats were retrimmed in 2013 to the original specifications, including the perforated centre panels. They feature full electric adjustment, heating, and memory settings for the driver. The rear seats are in great shape, and have obviously seen less frequent use. 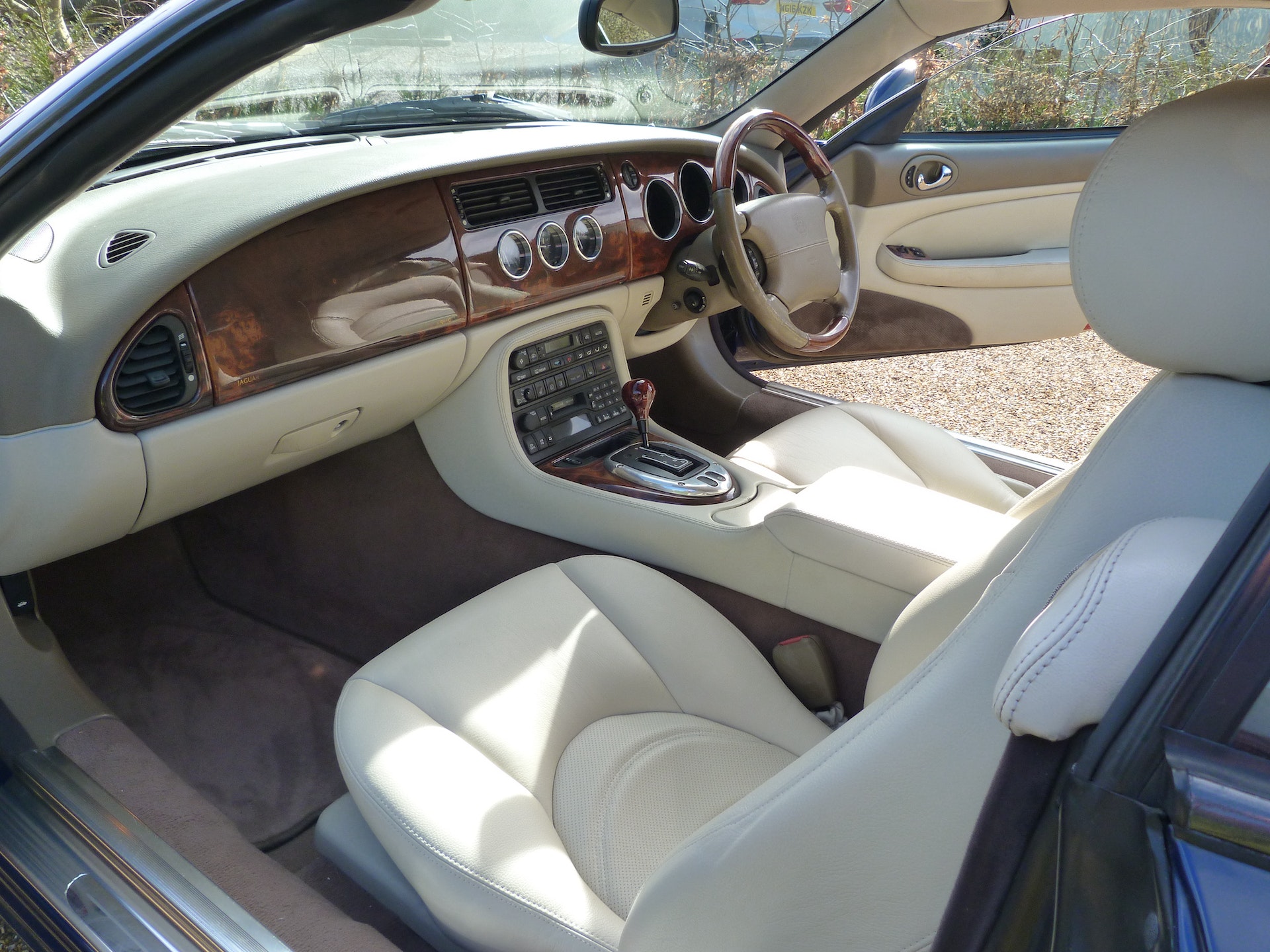 Burr walnut veneers are present in the dashboard and centre console, and there is darker trim across the top of the dashboard, the steering wheel, and the door caps. The steering wheel trim is slightly worn and discoloured around the lower section, but is generally in good order. Under the fabric hood, the headlining remains in great condition. 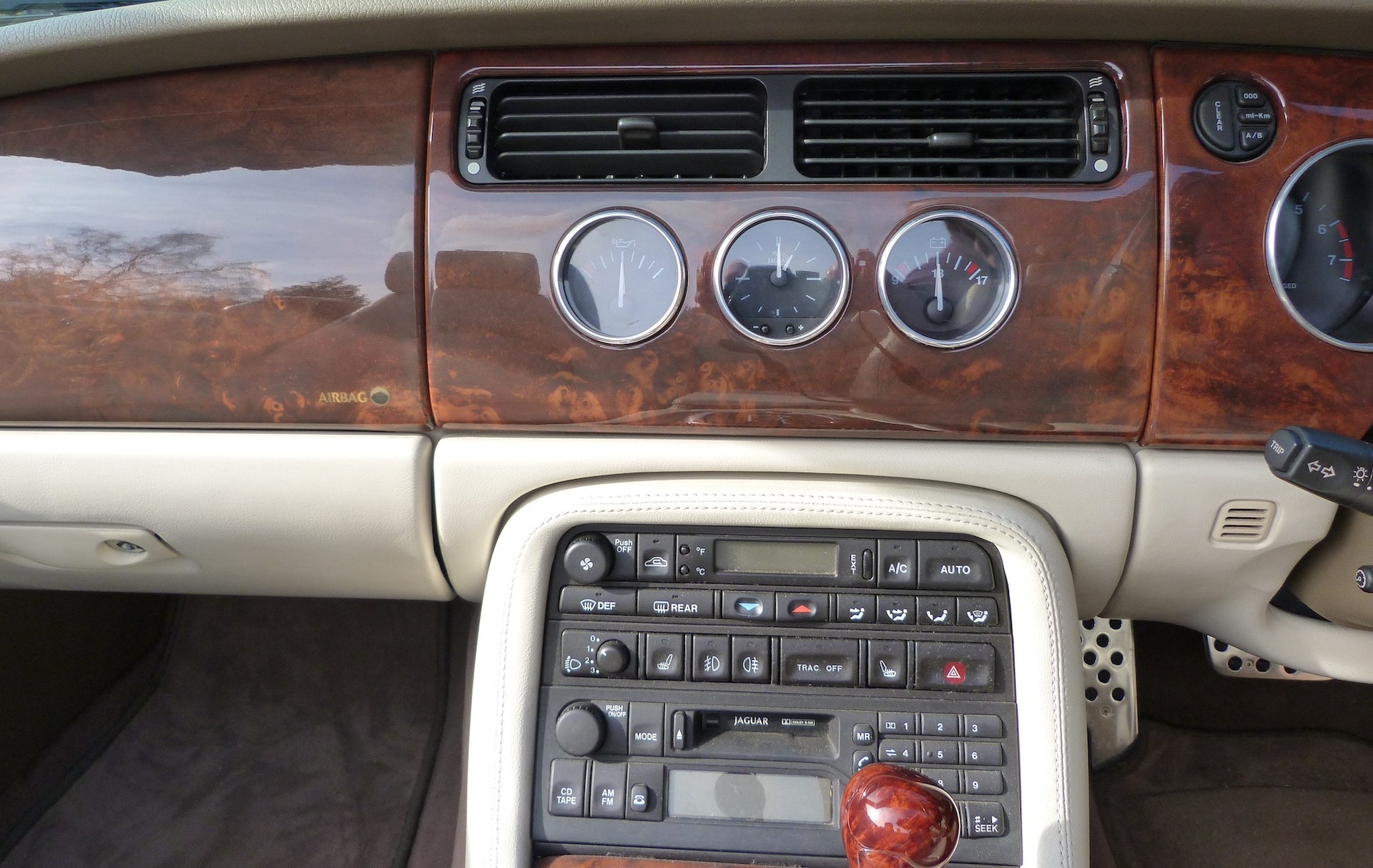 Factory-fitted equipment includes the ‘CATS’ adaptive suspension system, automatic air-conditioning, cruise control, and rear parking sensors. The original Jaguar radio cassette deck and CD changer are also present. There are no known electrical faults, and all of the switchgear works as it should. 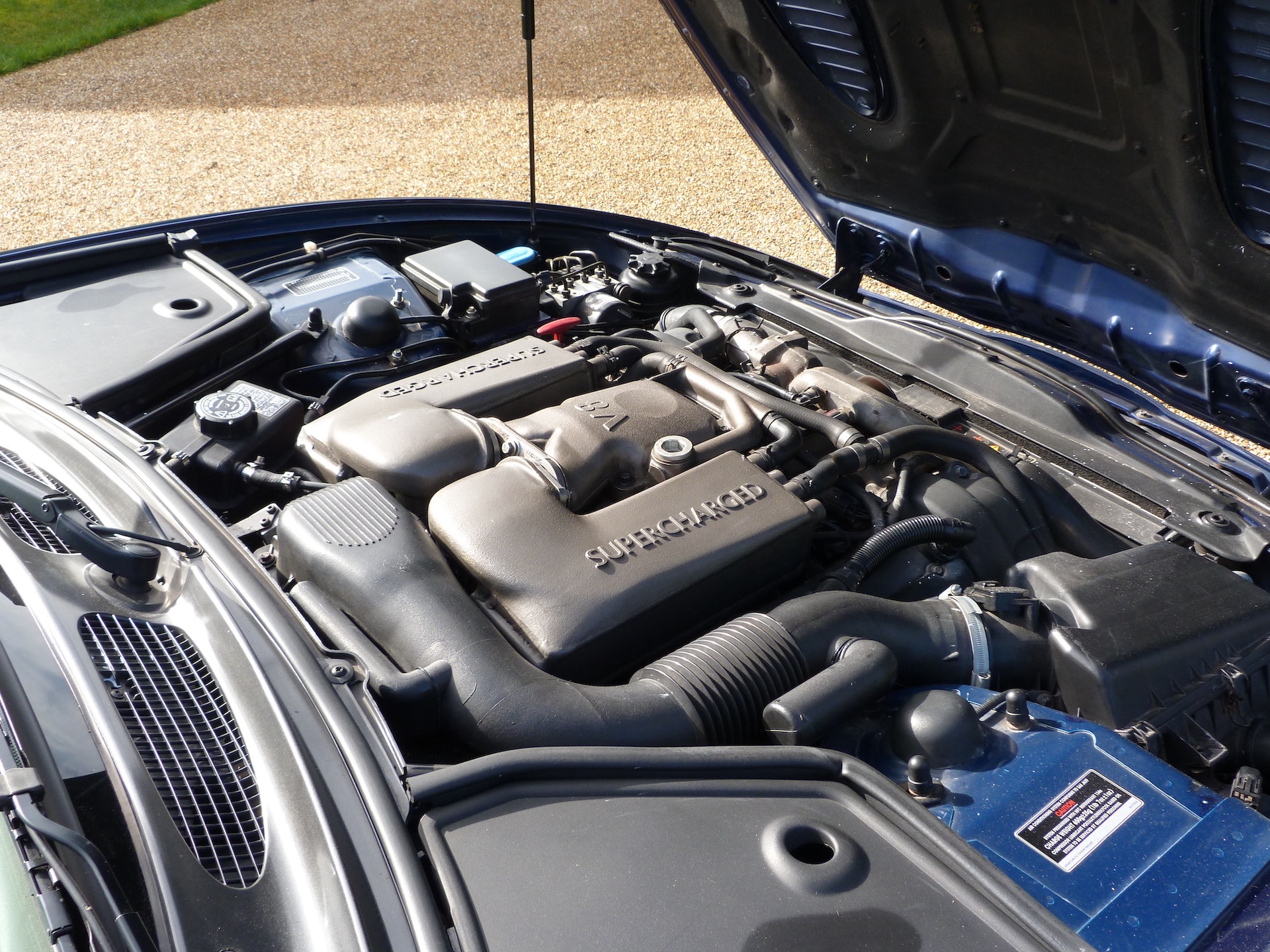 The last scheduled service on record was carried out in August 2015 at 76,865 miles, when the engine oil and oil filter were renewed, along with suspension bushes. The seller notes that the car has been maintained regardless of cost during his ownership by a local independent Jaguar specialist and garage. 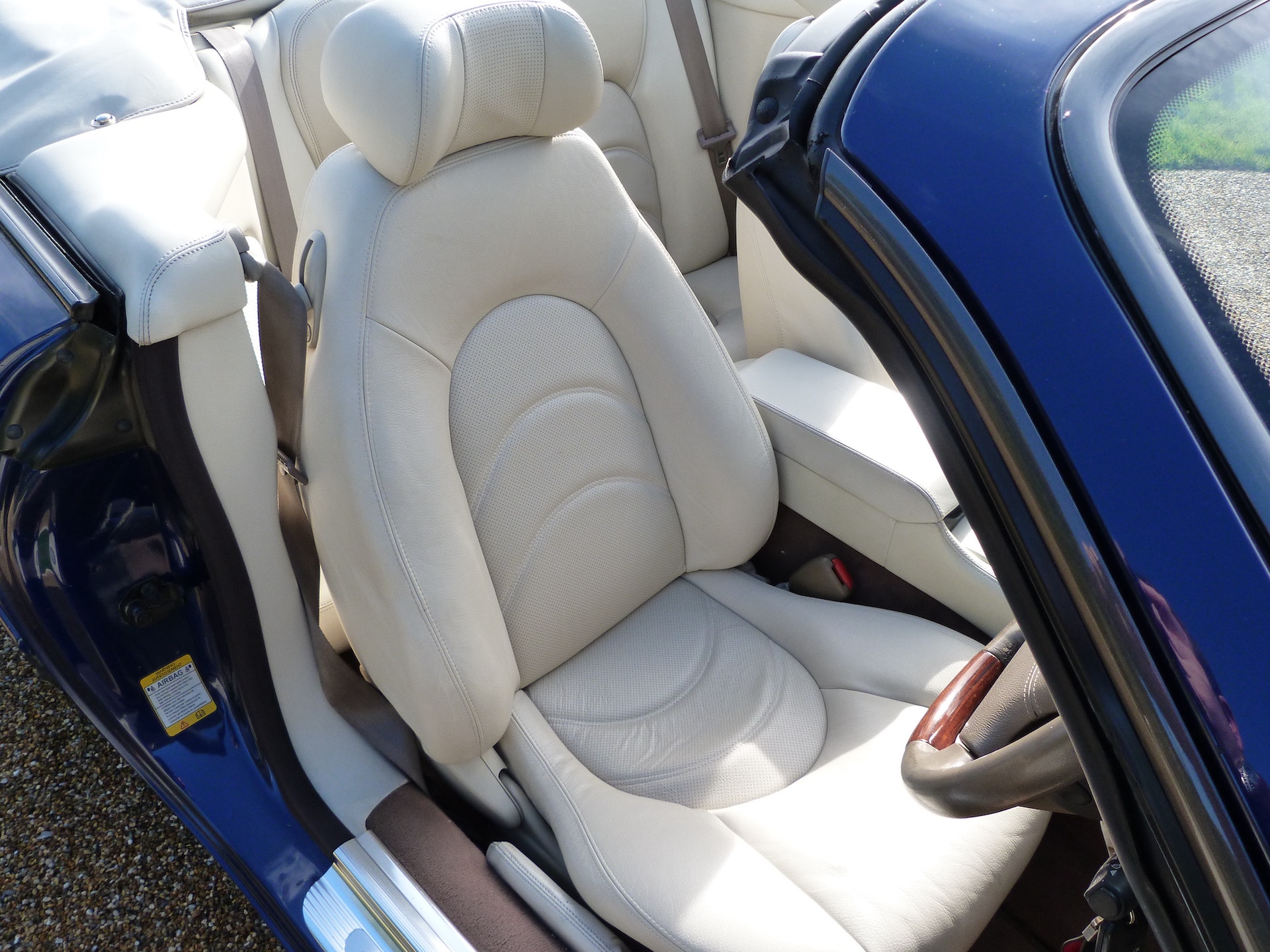 Recent work has included fitting a new ABS sensor, as well as adjustment and refurbishment of the handbrake mechanism. During the seller’s ownership, the power hood hydraulic pipes have also been replaced, along with both fuel pumps, rear suspension arm bushes, and the battery. The history file shows that the timing chain, tensioners and both Head gasket and Exhaust gaskets were renewed in 2009. 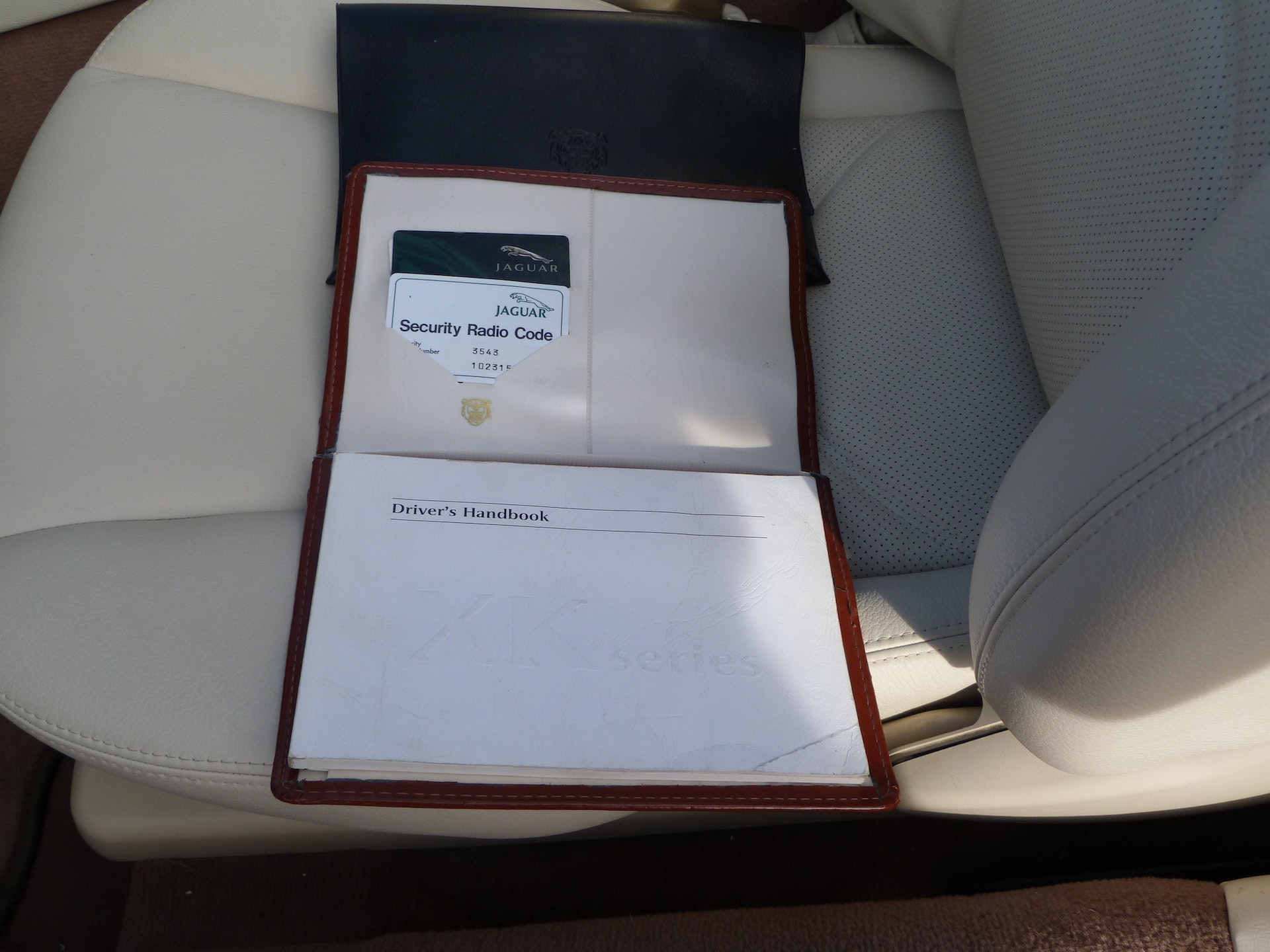 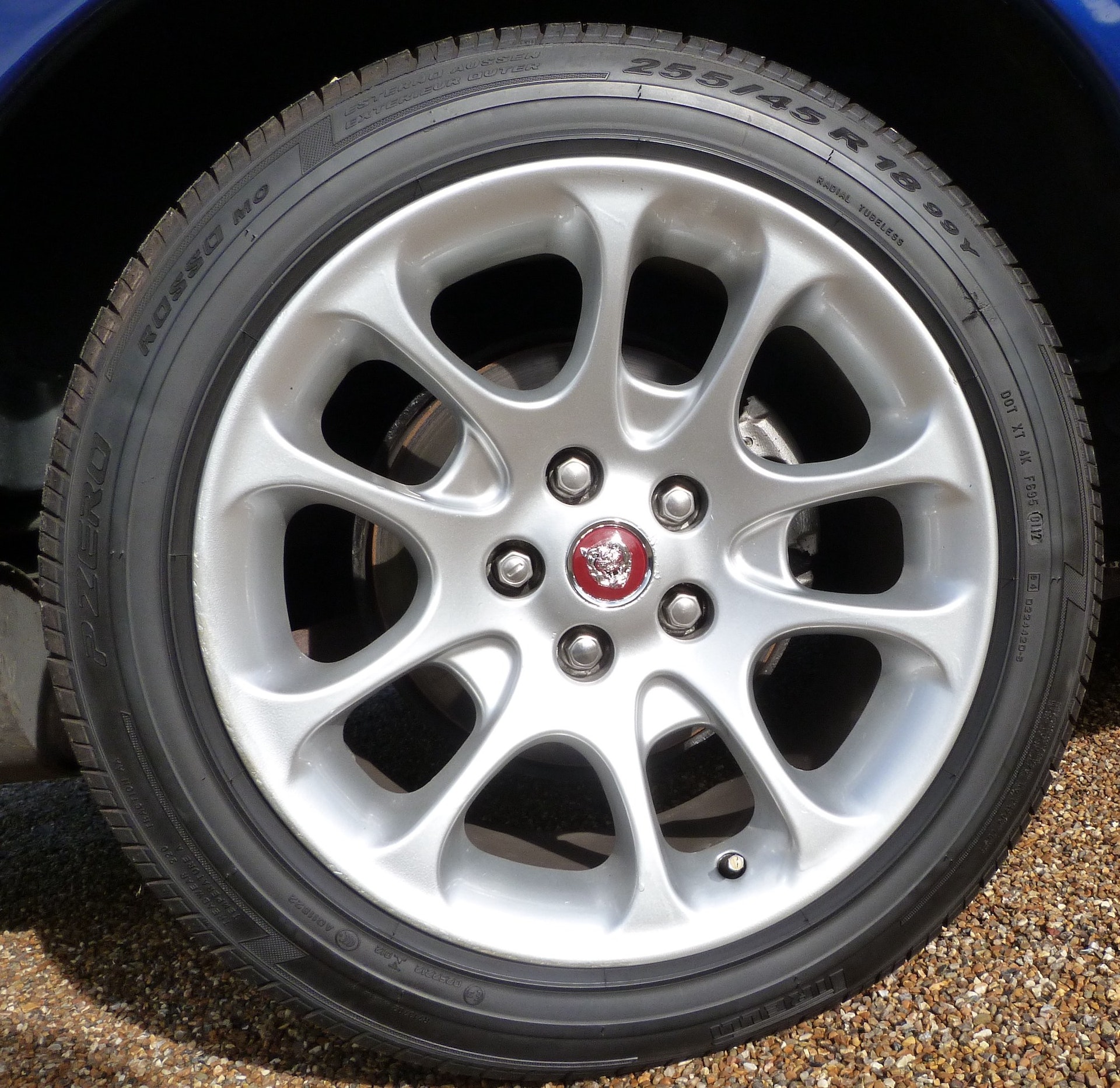 Accompanying this Jaguar is original sales literature, including the driver’s handbook, user guide supplements, and the security radio code. There are also two keys and remote fobs. A large file of paperwork includes numerous old invoices, MOT certificates, and a printed workshop manual, though the original service book was misplaced by a former owner. There is a space-saver spare wheel in the car, and a full-size spare is also included in the sale. The car has been kept in the seller’s dehumidified garage, protected by an Auto-Pyjama cover, and connected to a trickle charger along with running and driving superbly. 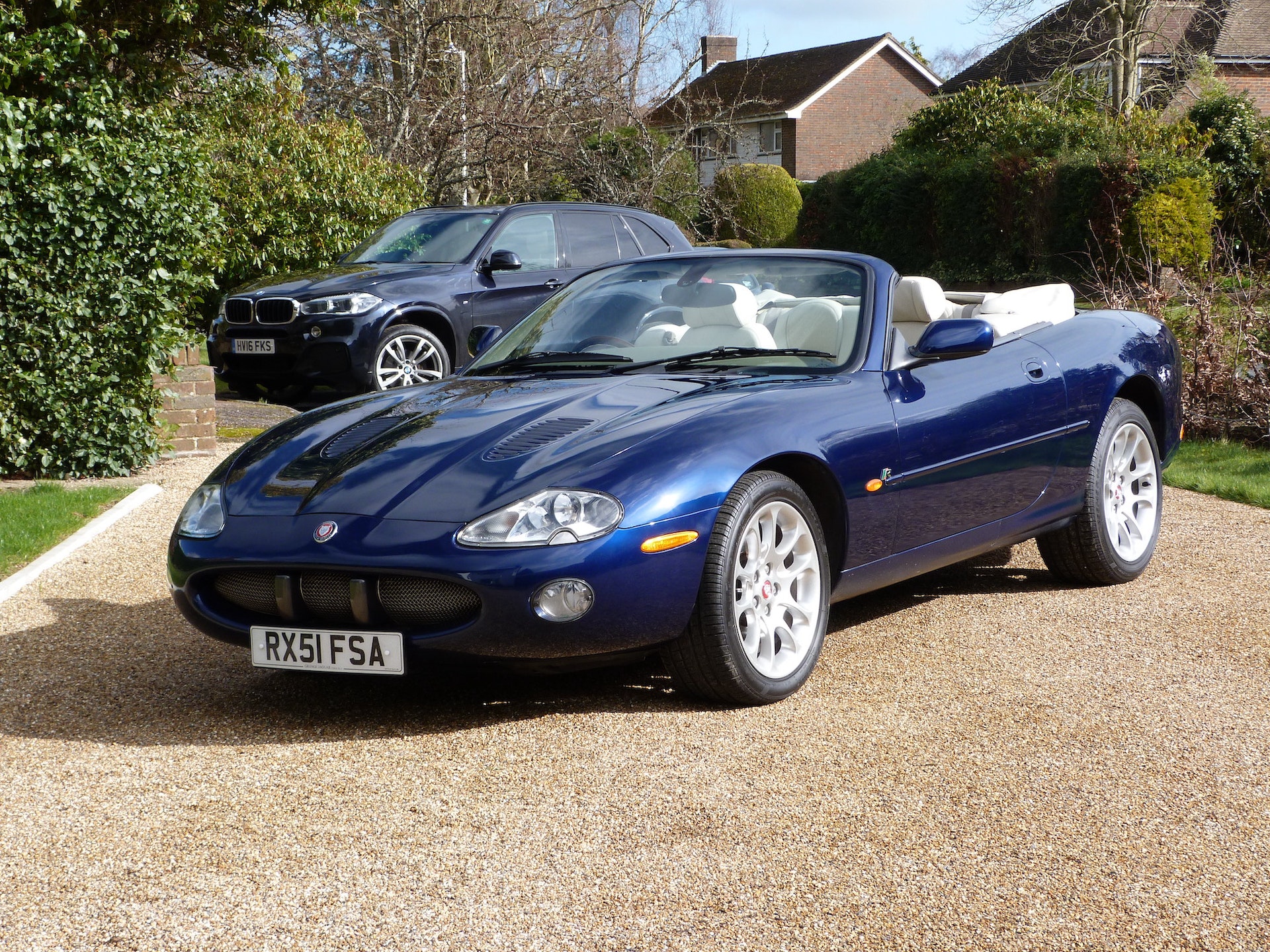 This Jaguar XKR Convertible is an elegant contemporary British classic, which has been well cared-for by its current owner, and has no doubt been cherished by its previous keepers too. With the roof down on a sunny day, this grand tourer comes into its own; happily playing the relaxed cruiser, but ready to excite with its supercharged V8 at a moment’s notice.