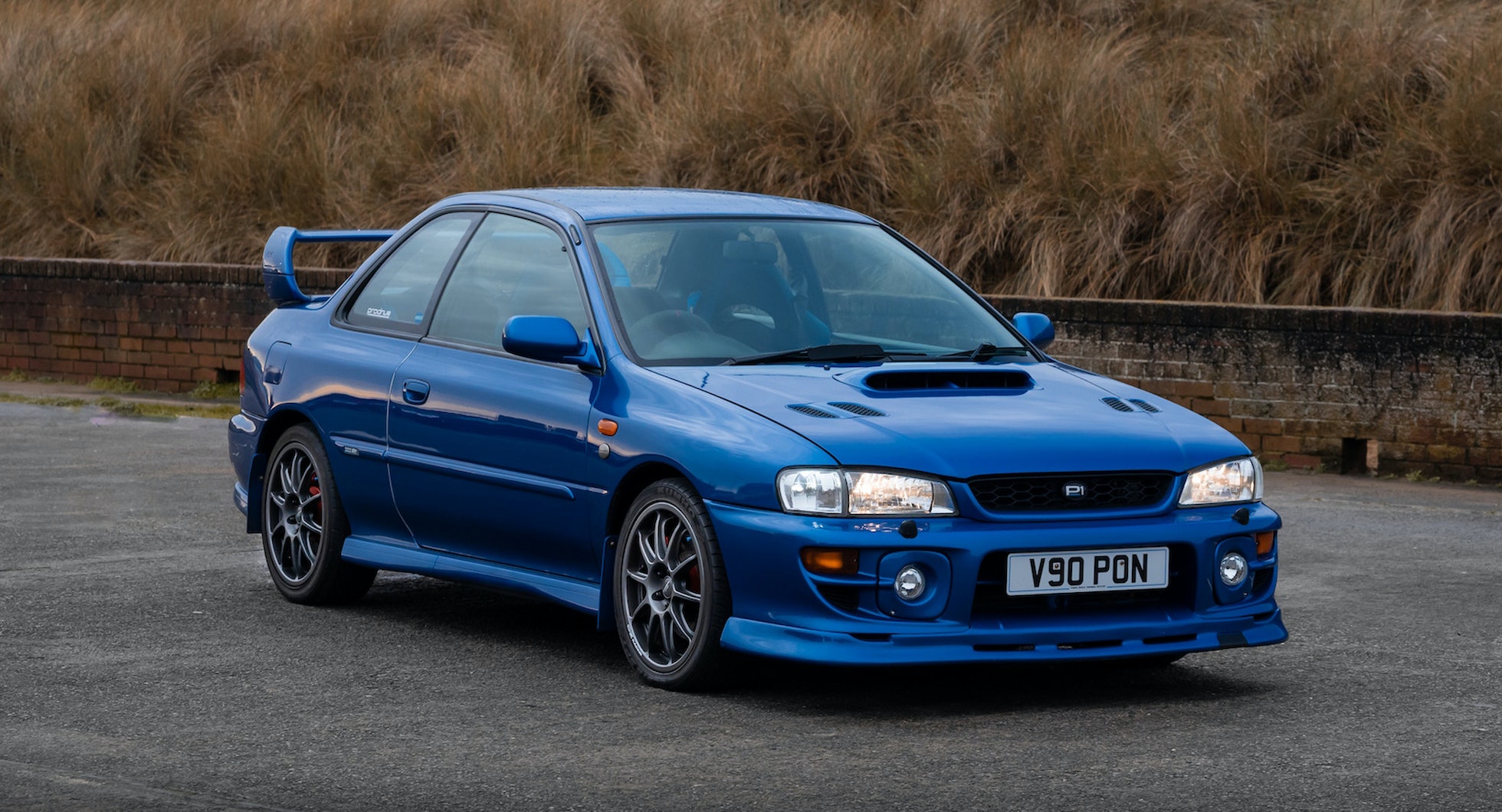 This 2000 Subaru Impreza P1 Limited Edition is a highly collectable modern classic that is unquestionably one of the very best examples, having been treated to a comprehensive restoration and rebuild three years ago. It is powered by a 276bhp 2.0-litre four-cylinder boxer engine, with all-wheel drive via a five-speed manual transmission. The odometer indicates 91,259 miles, though its cosmetic and mechanical condition is closer to that of a nearly-new car. 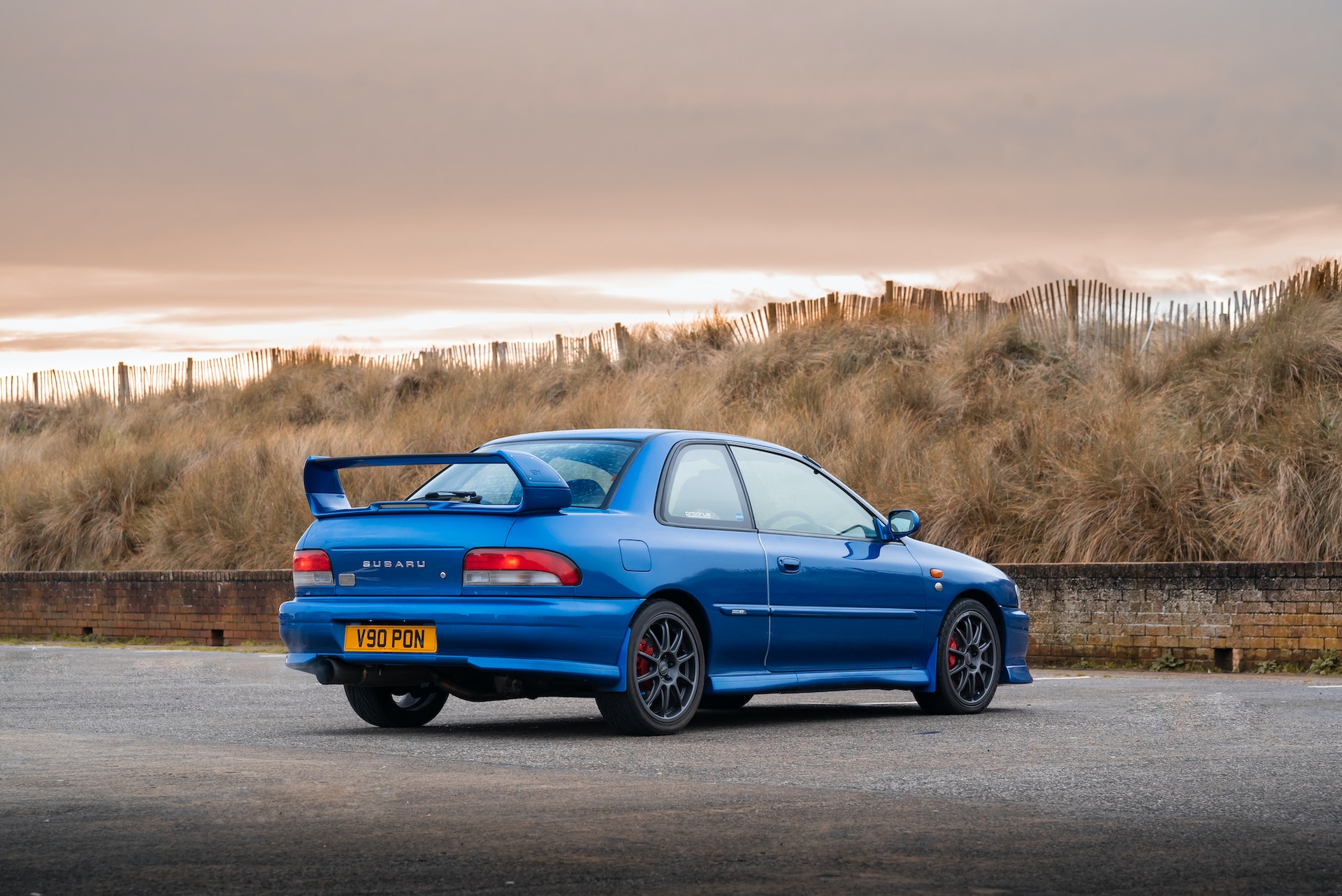 The P1 was a direct response by Subaru to the increasing number of high-powered variants of the Impreza being imported on the grey market. Examples of the two-door 22B and Type R in particular were proving popular. Subaru therefore commissioned Prodrive, which ran its WRC campaigns, to produce 1,000 examples of a bespoke edition that would be type-approved for Europe. This car is number 295 of that production run. 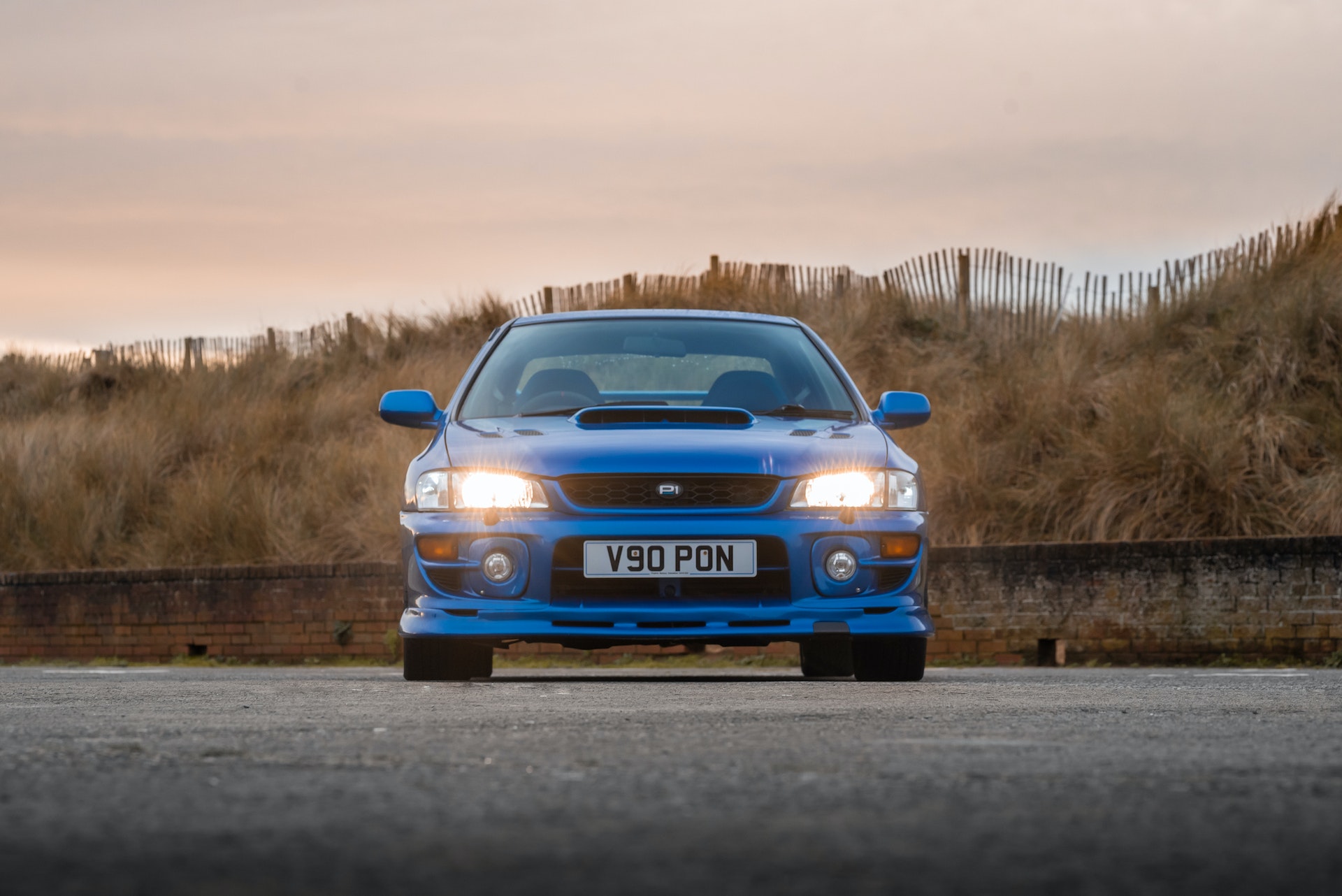 All of the P1s were painted in Sonic Blue. Using the WRX STi Type R as a base, Prodrive engineers installed the anti-roll bars from the European-specification Impreza Turbo, along with firmer springs and shock absorbers, to deliver a suspension setup better suited to continental roads. The cars also featured ABS, as well as the Peter Stevens-designed anthracite OZ Racing wheels, front spoiler and rear wing. Set in the context of its time, the P1’s performance was remarkable, sprinting from 0 to 60mph in less than five seconds. 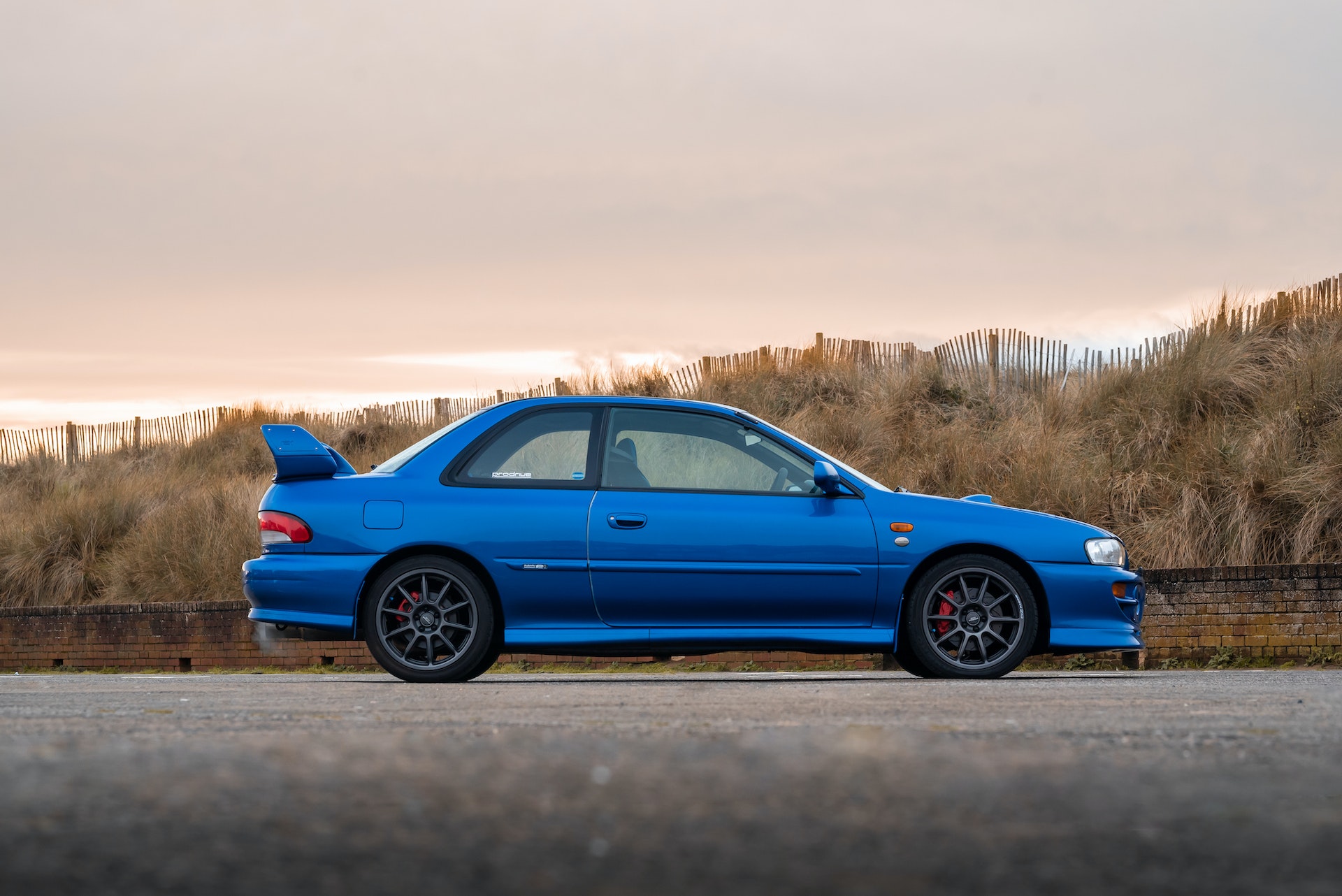 An original UK right-hand drive example, this Impreza P1 was first registered in August 2000. It has been owned by the vendor since May 2015, who has covered less than 2,000 miles in the car since. In 2016, a comprehensive restoration was commenced, which would conclude in 2017. This comprised a full rotisserie-style strip and rebuild of the Impreza, using new or fully refurbished components, with much of the steering and suspension stripped and powder coated. 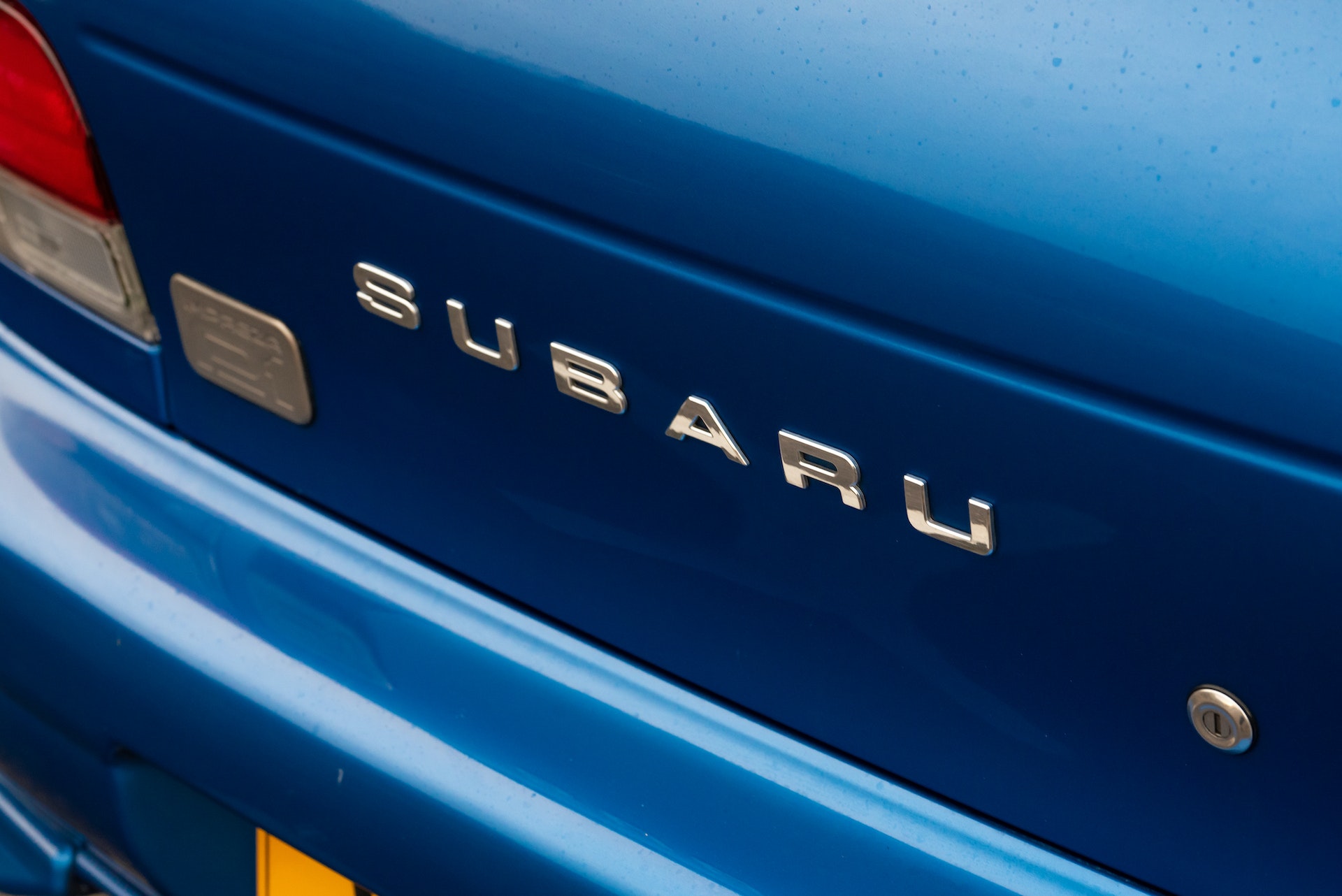 Its bodywork presents in superb order, and the Sonic Blue paint has a smooth and even appearance all around the car. The full set of photos in the gallery below showcases its remarkable condition. The only note from the vendor is that there are minor flaws on the bottom plastic sill covers behind front wheels, where a previous owner had glued the front mudflaps to the sill covers. The OZ Racing alloy wheels have been refurbished and are pristine. 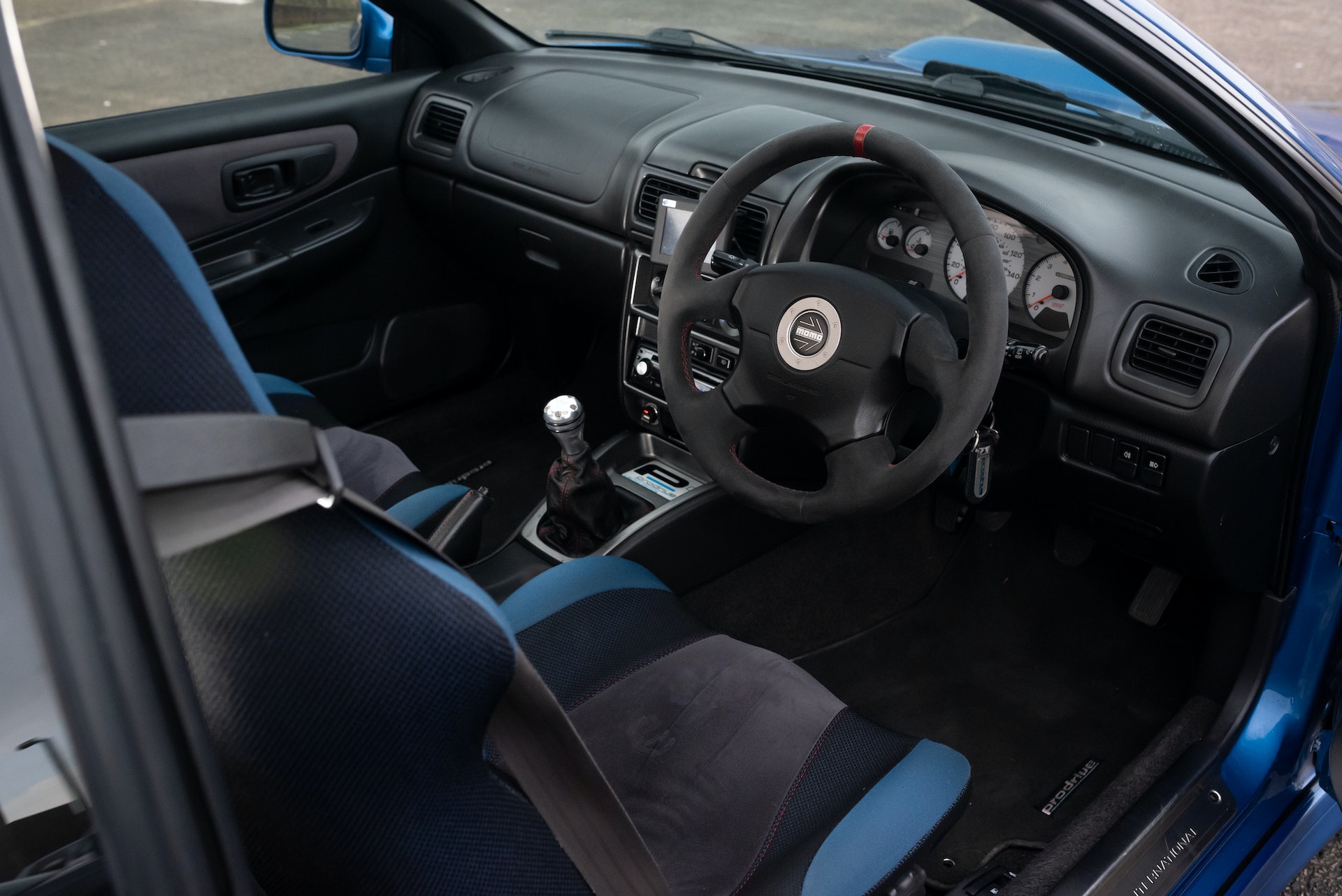 The upholstery is a combination of textured cloth and suede-style centre panels, and is original to the car. It remains in excellent condition, with the Prodrive logos stitched into the seat backs, and accented by red and blue stitching. During the restoration, the original Momo steering wheel was sent to leading specialist Royal Steering Wheels to be retrimmed with Alcantara. 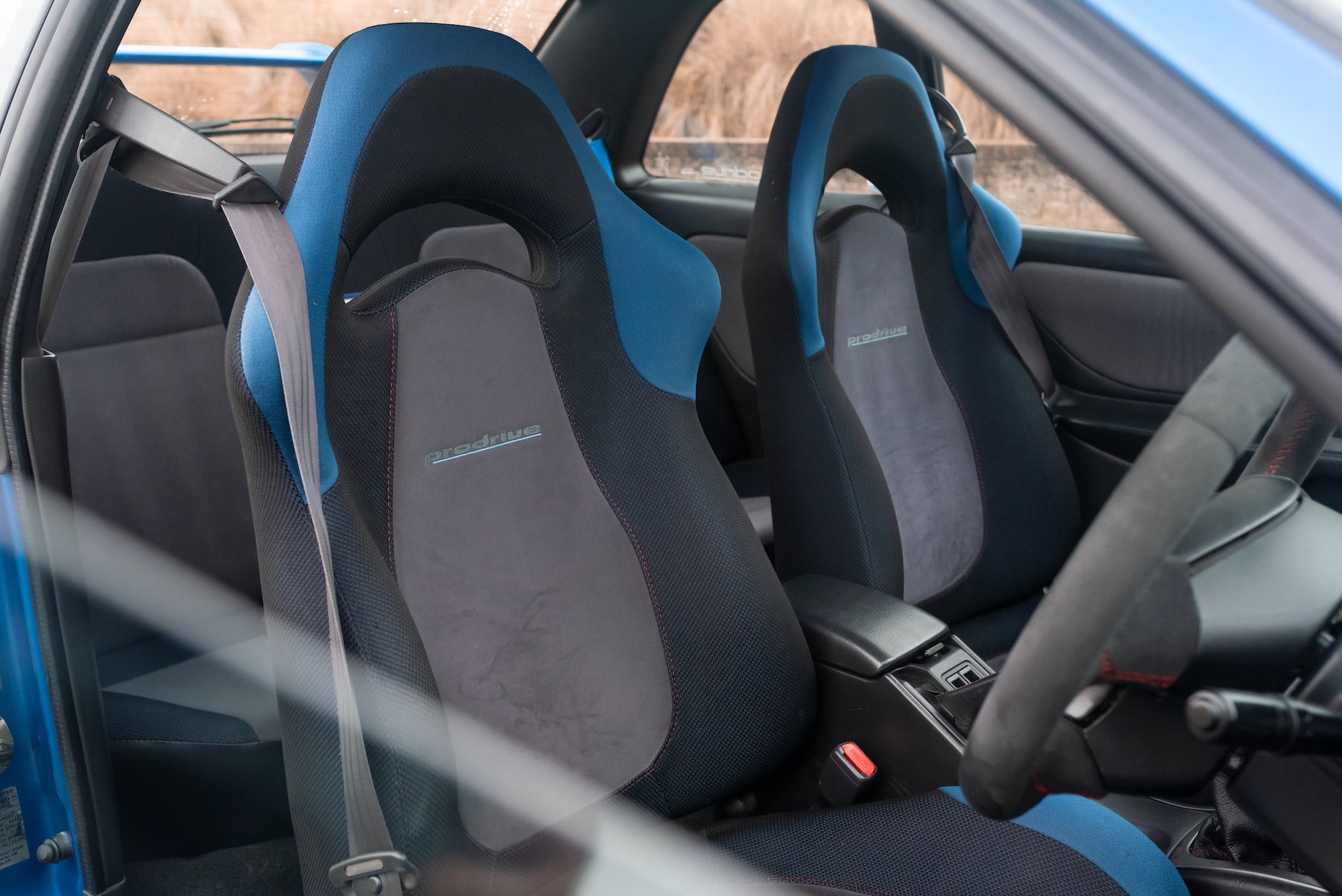 Ahead of the driver, the instrument binnacle is in great shape, with clear white dials and no errors in the LCD display. It is equipped with air-conditioning as well as a Kenwood radio head unit and CD player with MP3 playback. At the back of the car, the boot lining is in superb order, as is the rubber seal around the closure. 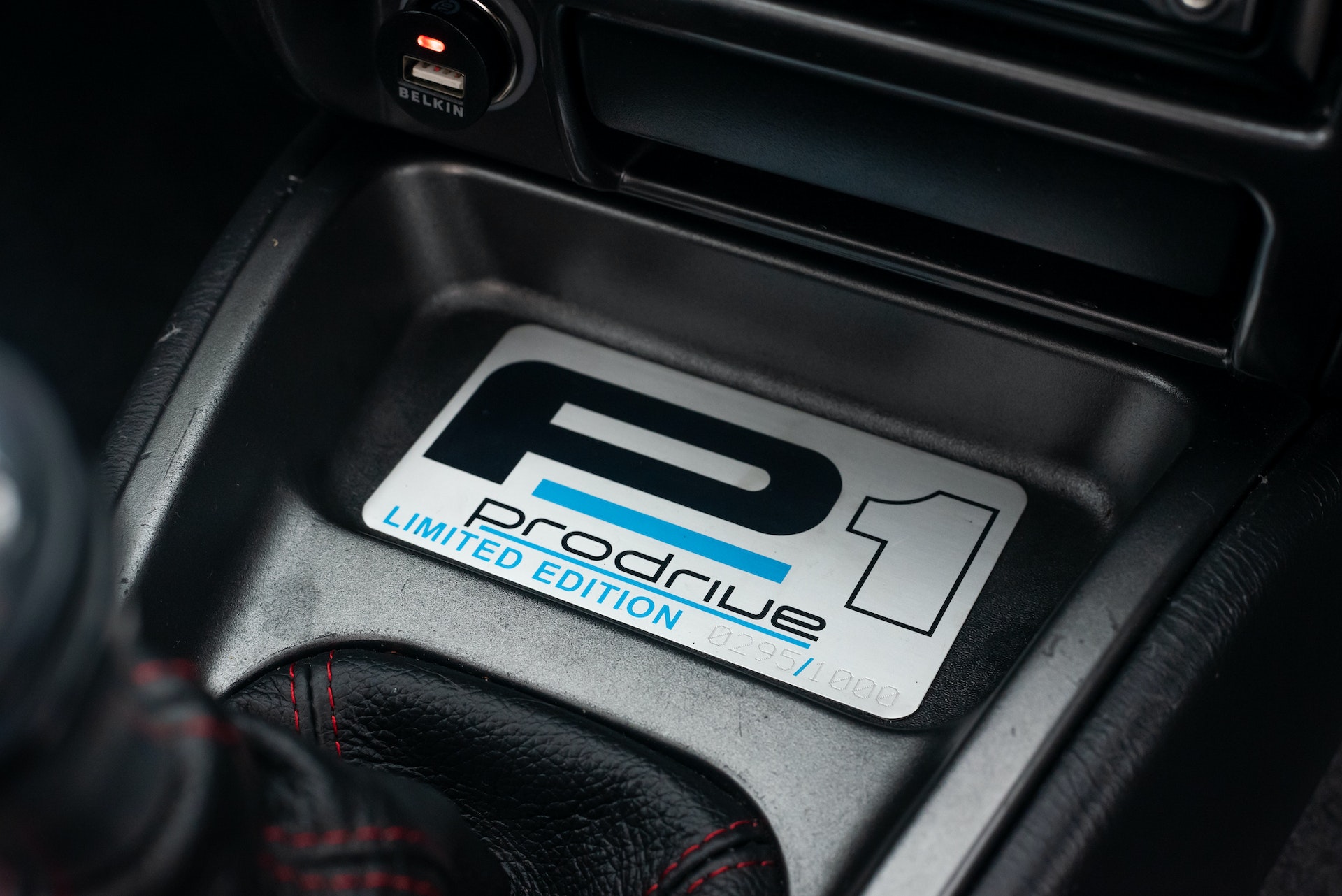 Beyond the cosmetic restoration, the mechanicals of this car have also been refurbished. Even just lifting the bonnet gives a great impression as the engine bay presents in superb condition. In 2016, the 2.0-litre unit was taken out of the car and was fully rebuilt using a new Subaru EJ07 engine block and forged pistons. An upgraded Link G4+ WRXLink STi V5-6 ECU management system was also installed, along with a Toucan multi-function ‘virtual gauges’ display screen to manage it. 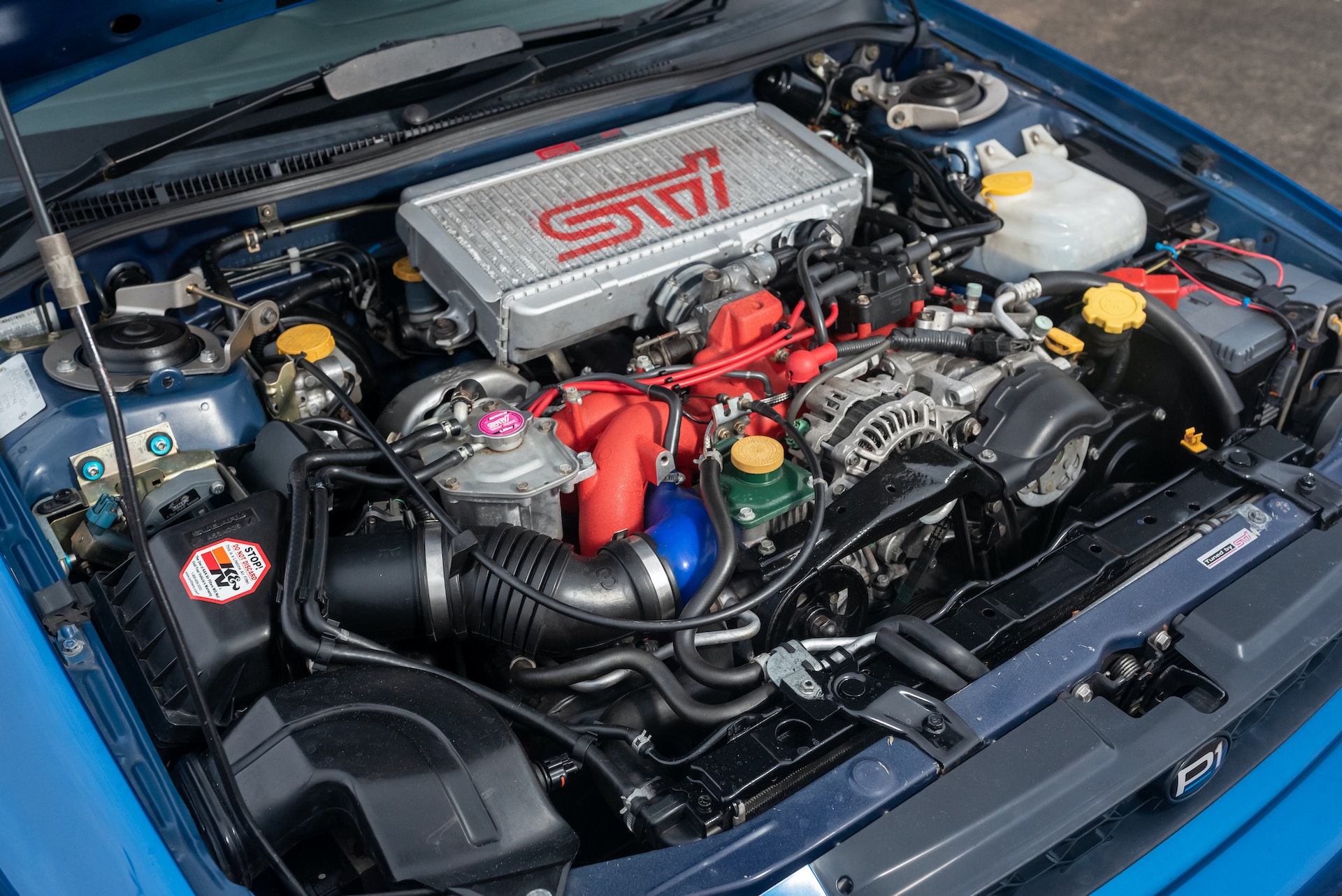 The turbocharger was replaced with a new IHI VF34 unit, and a larger Subaru Newage STi v8 Intercooler was installed. An uprated Walbro 255LPH fuel pump was fitted, and the oil pump was upgraded to a genuine Subaru 12mm high-flow item. Its front and rear suspension struts were renewed with OEM P1 parts, the rear lateral control arms were upgraded to Type 22B items, and pink STi drop links were fitted. 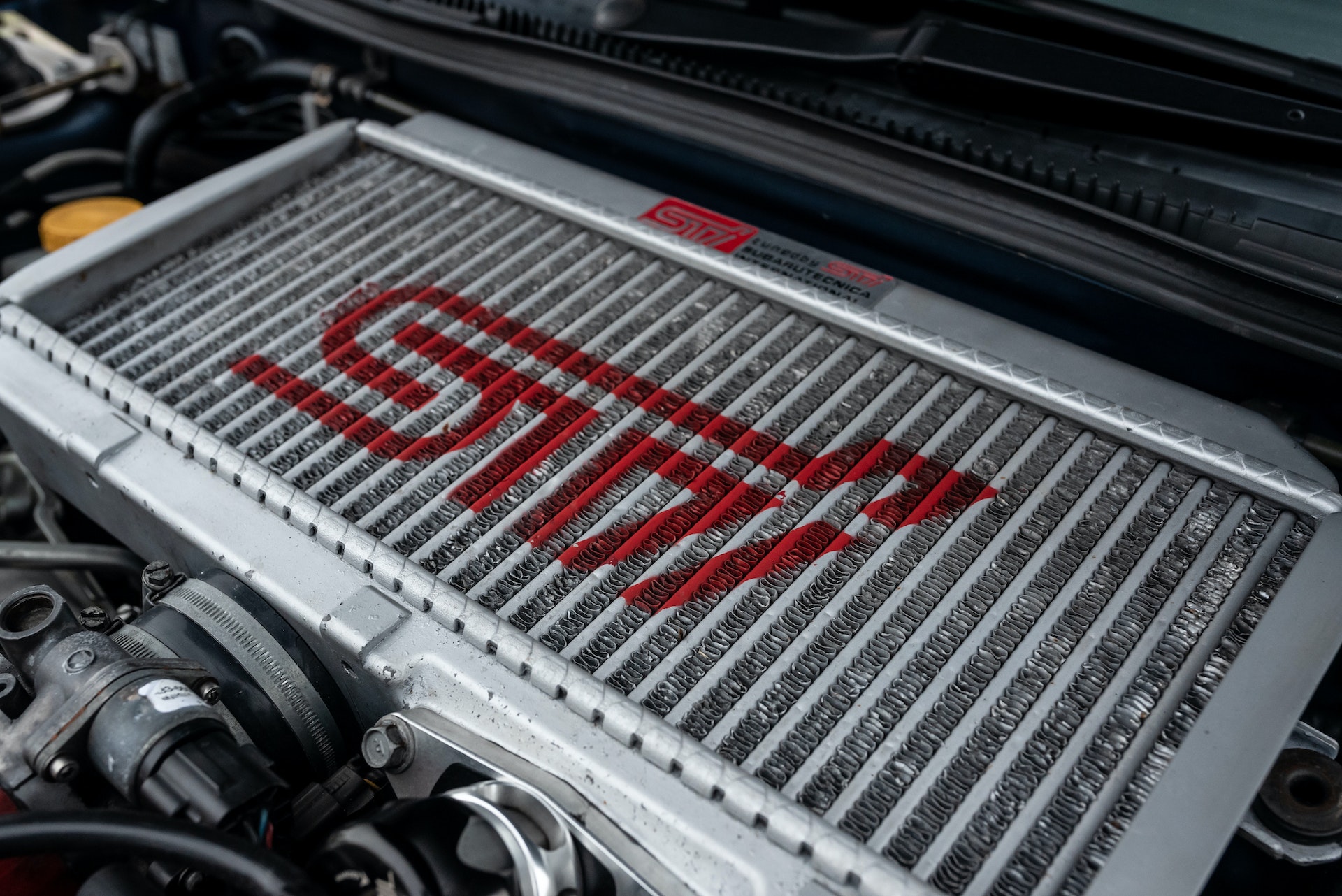 Around one year after the restoration was completed, the car was fully serviced with fresh engine oil and filters, and it remains in superb running condition. The last MOT test was on 20 December 2019 at 91,263 miles, which resulted in a first-time pass with no advisories. 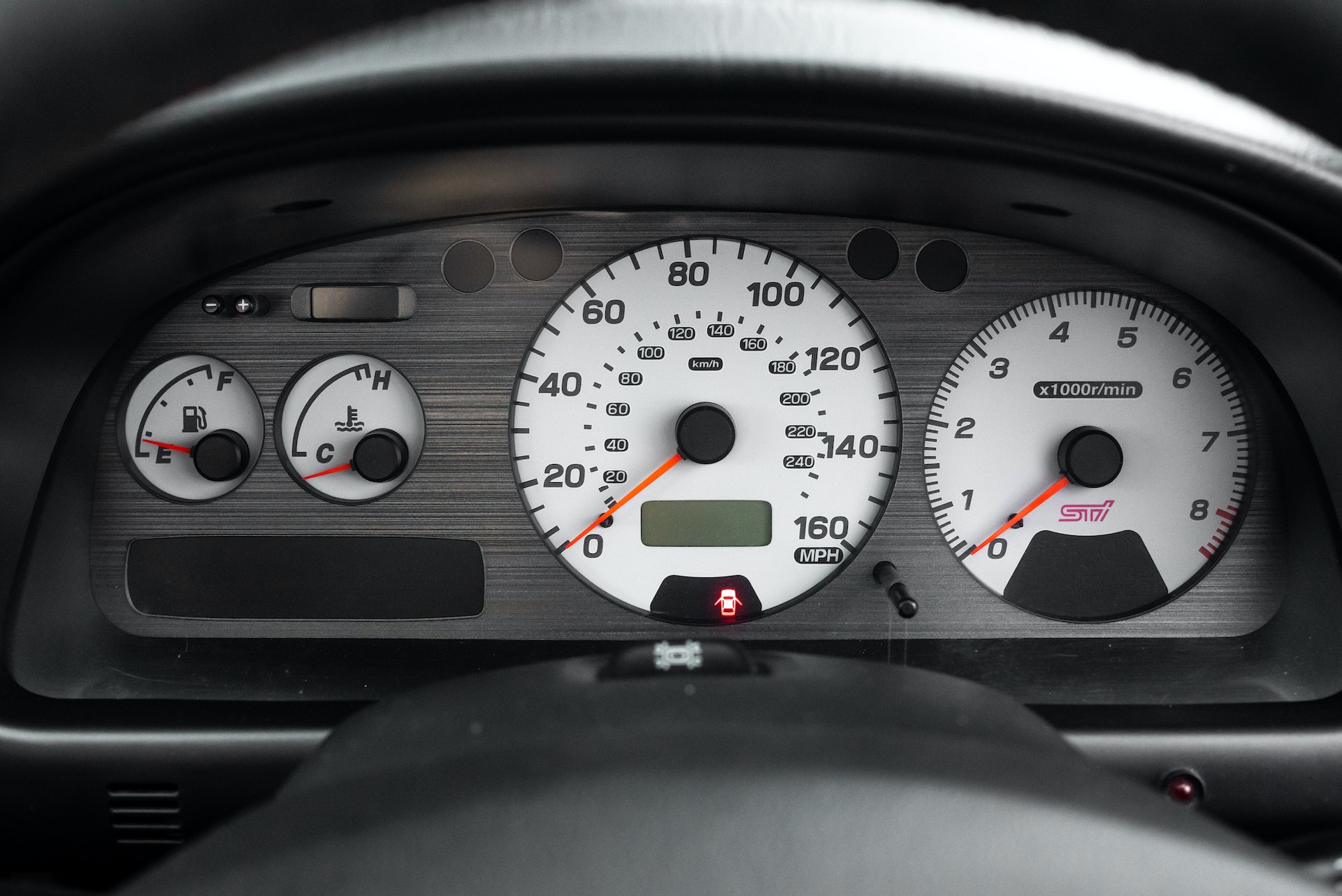 The alloy wheels are fitted with size 205/45 ZR17 tyres all round, which are in good condition with around 4mm of tread remaining. Kumho Ecsta SPT items are fitted on the front axle, with Toyo Proxes T1R on the rear. 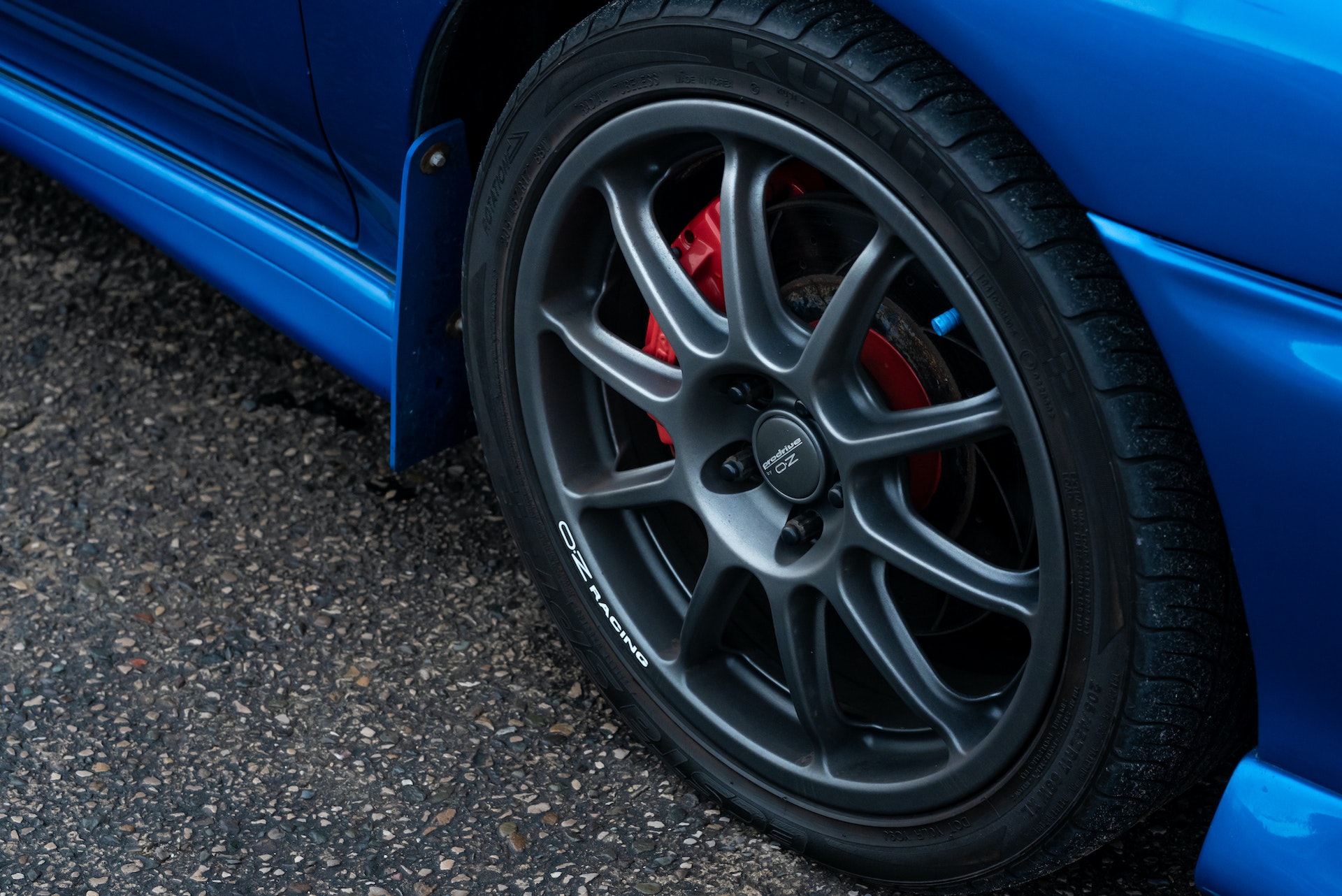 Accompanying the car is the original owner’s handbook, maintenance booklet, and a raft of servicing records and receipts. An original P1 sales brochure is also included. 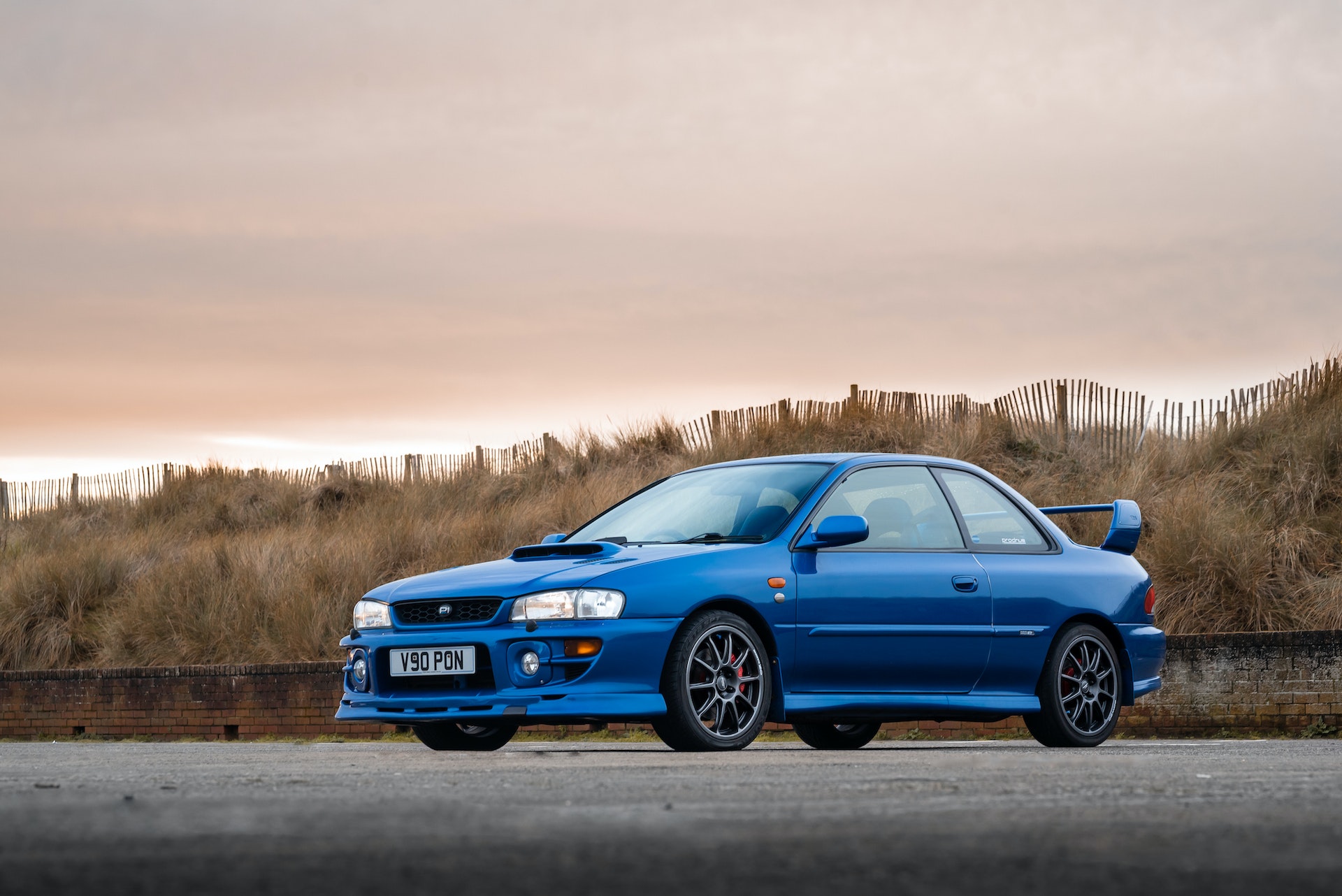 This Subaru Impreza P1 is a remarkable example of the breed, boasting a recent and extensive restoration and rebuild, with only subtle upgrades to the original Prodrive specification. It always draws a crowd at shows, and of course remains great fun to drive down a fast B-road. An iconic modern classic presented in cosmetic and mechanical condition that is hard to beat, this P1 is a credit to its current owner and will undoubtedly delight its next one.