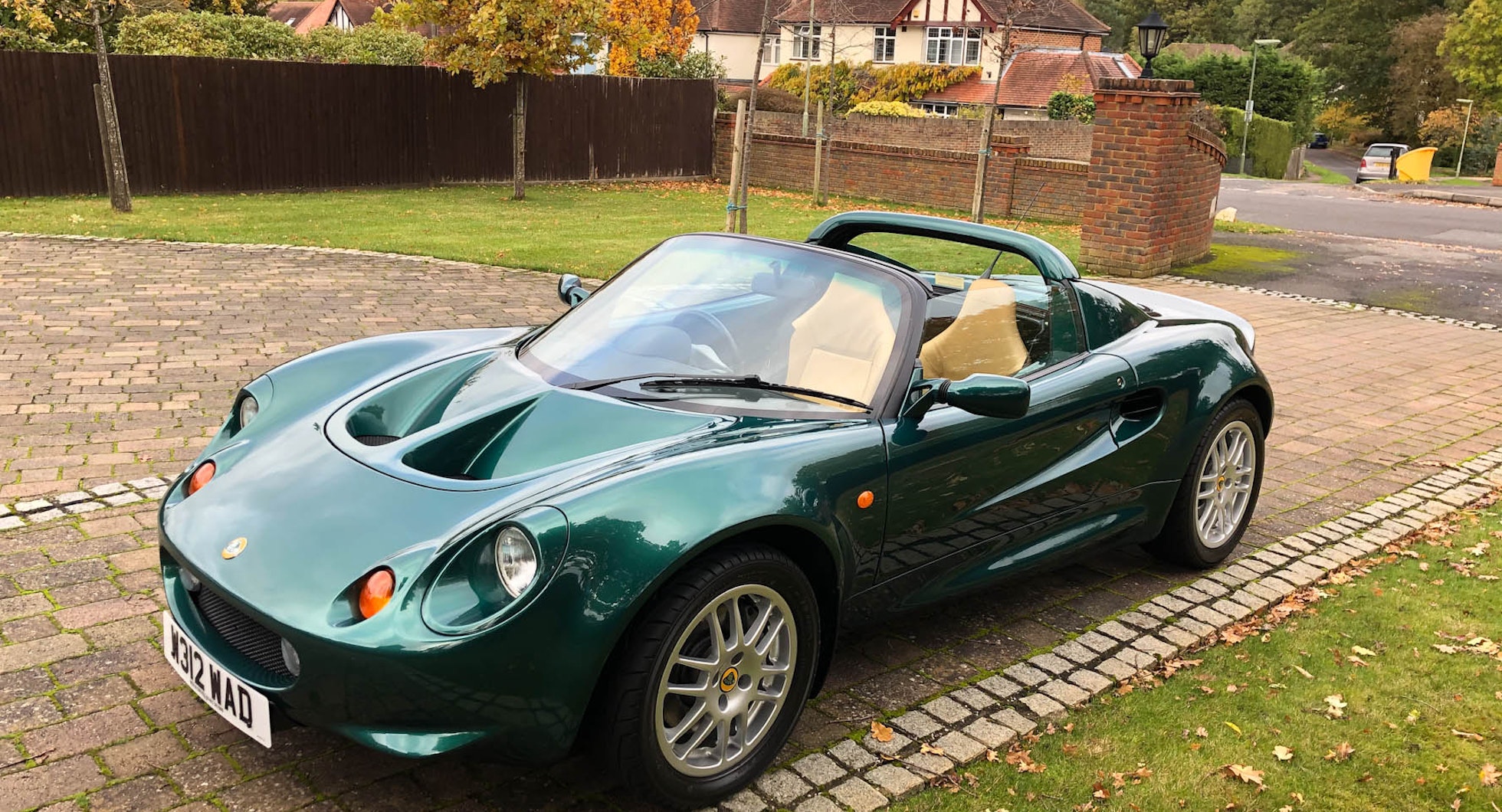 This 2000 Lotus Elise S1 is an original and unmodified example of a landmark lightweight driver’s car. It is powered by the 118bhp 1.8-litre DOHC K-series four-cylinder engine, driven through the rear wheels via a five-speed manual transmission. The odometer indicates just 13,621 miles from new, which is warranted by the full main dealer service history. 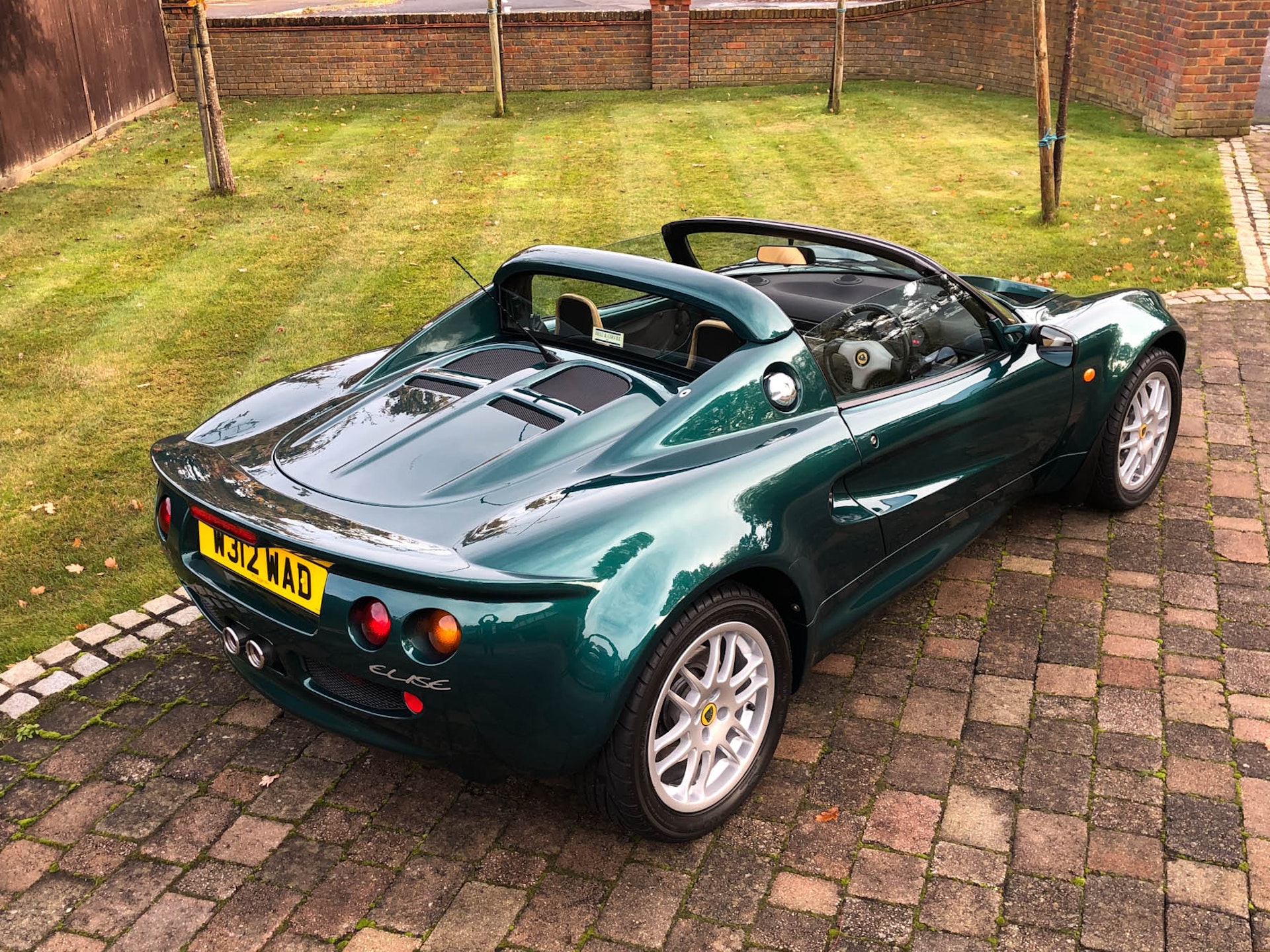 An original right-hand drive example, this Elise S1 was delivered new in the UK and supplied by the world’s oldest Lotus franchise, Bell and Colvill in Surrey. There are just two previous registered keepers, who evidently both maintained the car impeccably. The vendor has owned the car for the last two years and has enjoyed around 700 miles on the road. 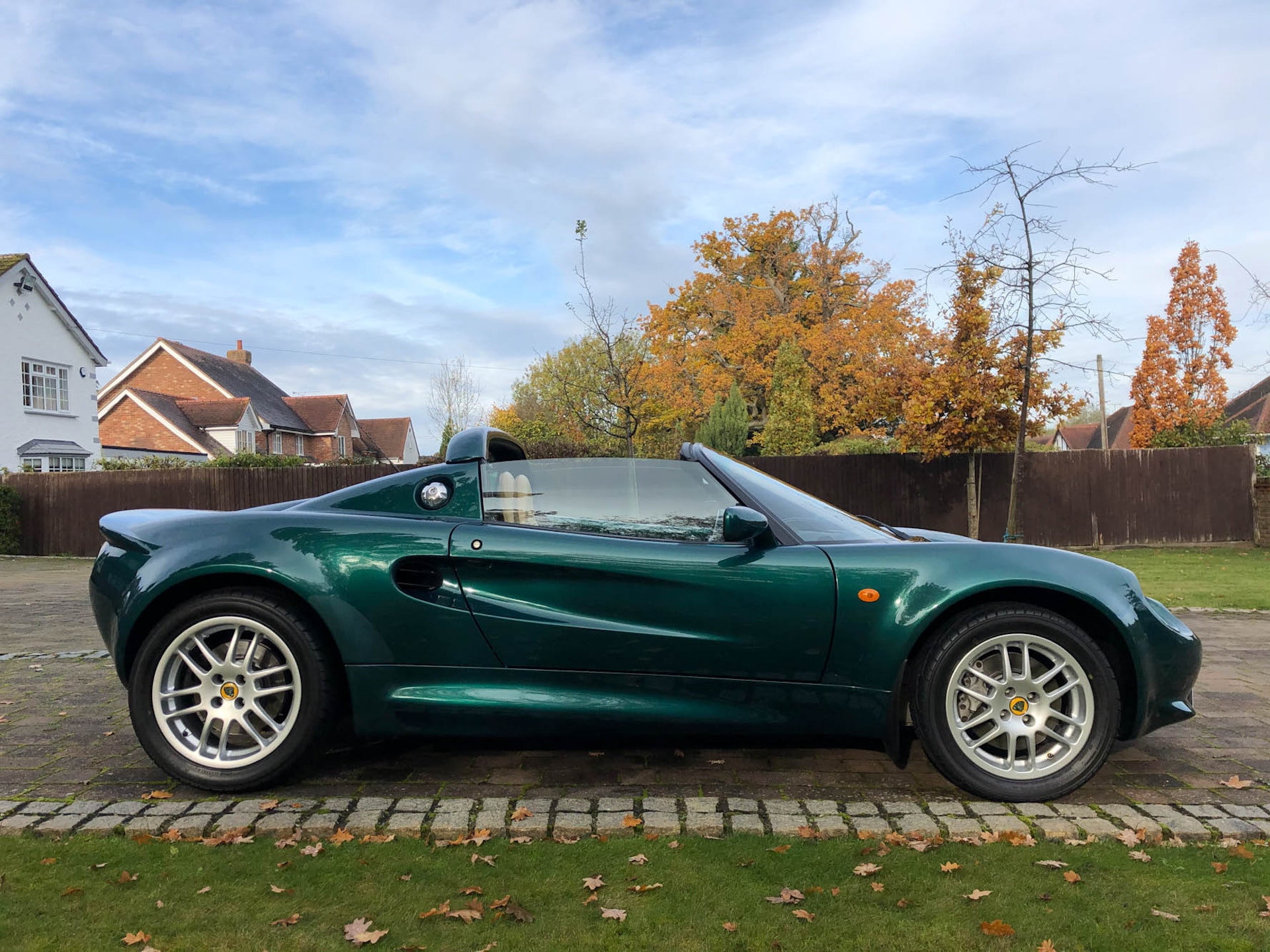 Its Lotus Racing Green paintwork presents superbly. Just before the vendor took delivery, Bell and Colvill’s bodyshop treated the nose section to a respray to eradicate stone chips. A close inspection of the body reveals no significant blemishes - only very light stone chips on the sills in line with the mileage. 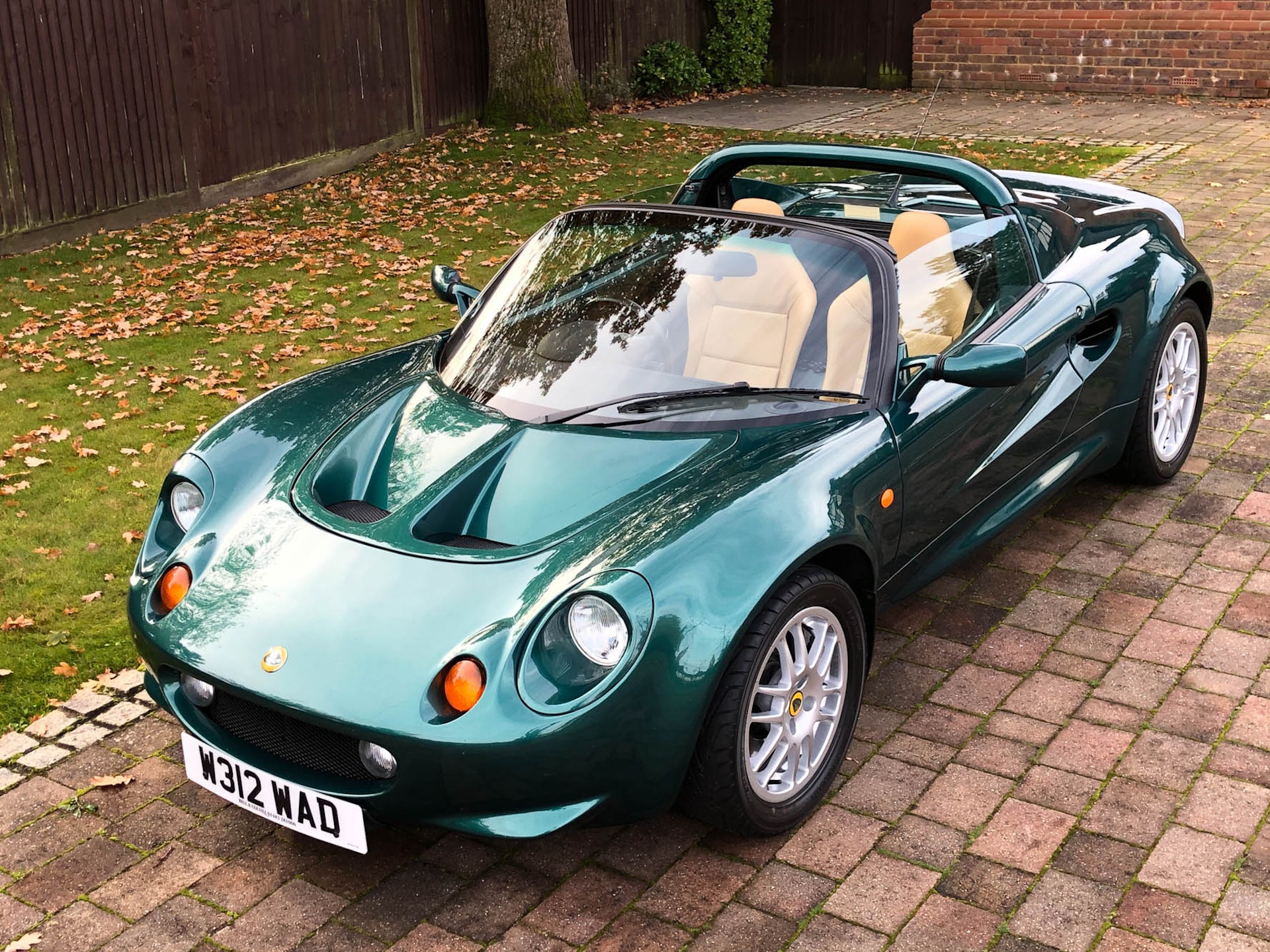 The car sits on the original 12-spoke alloy wheels manufactured for Lotus by Rimstock, with a 15-inch diameter at the front and 16-inch at the rear, which are all in superb condition. It has a dark green fabric tonneau hood that is in excellent order, with no rips, tears or visible wear. All of the seals and trim around the body also remain in very good condition. 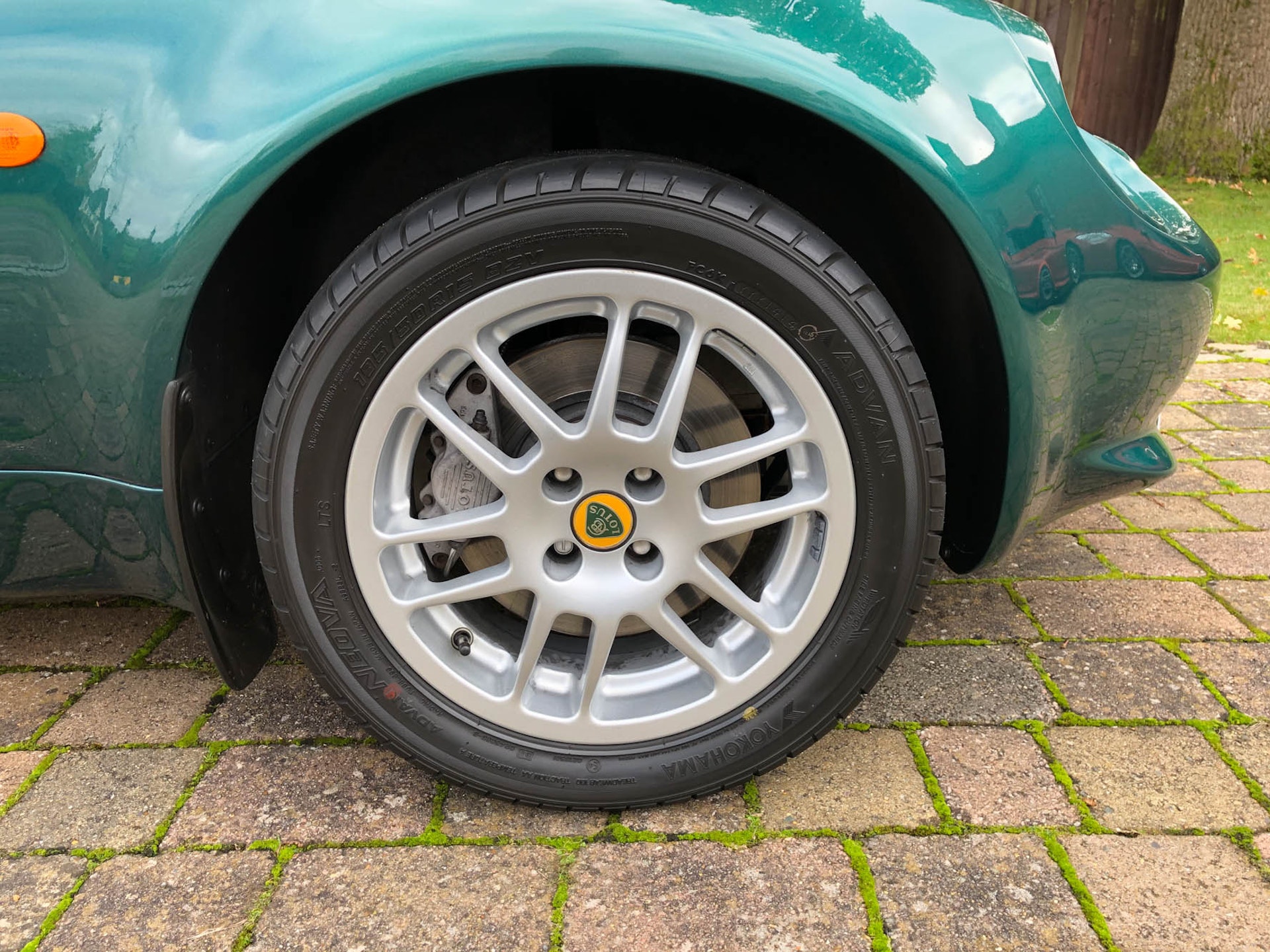 Just as impressive as the exterior is the condition of the cabin. While the tan leather shows signs of light use, there is no discolouration or damage to the material. The only note from the vendor is that the black ‘Hooding’ material patch on the driver’s side sill cover shows some light wear to the rear corner. This is a common wear spot on the Elise S1, and is inexpensive to replace if the next owner desires. 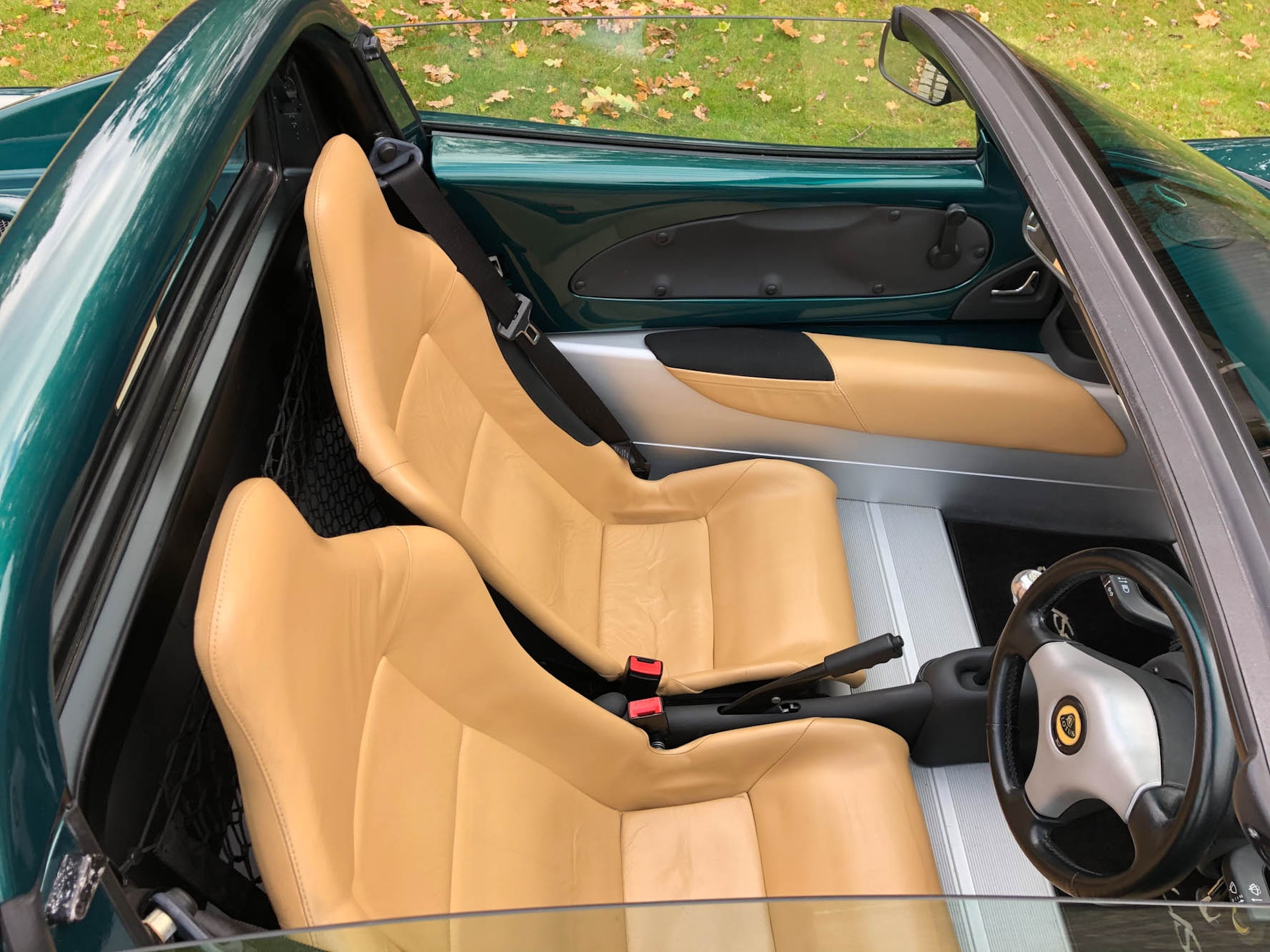 All of the interior trim is original to the car, including the three-spoke steering wheel, metal gear knob, Elise-branded tailored floor mats and even the Clarion radio and CD head unit. There are no electrical faults, and the limited range of control switches and buttons that Lotus fitted in the cabin all work perfectly. 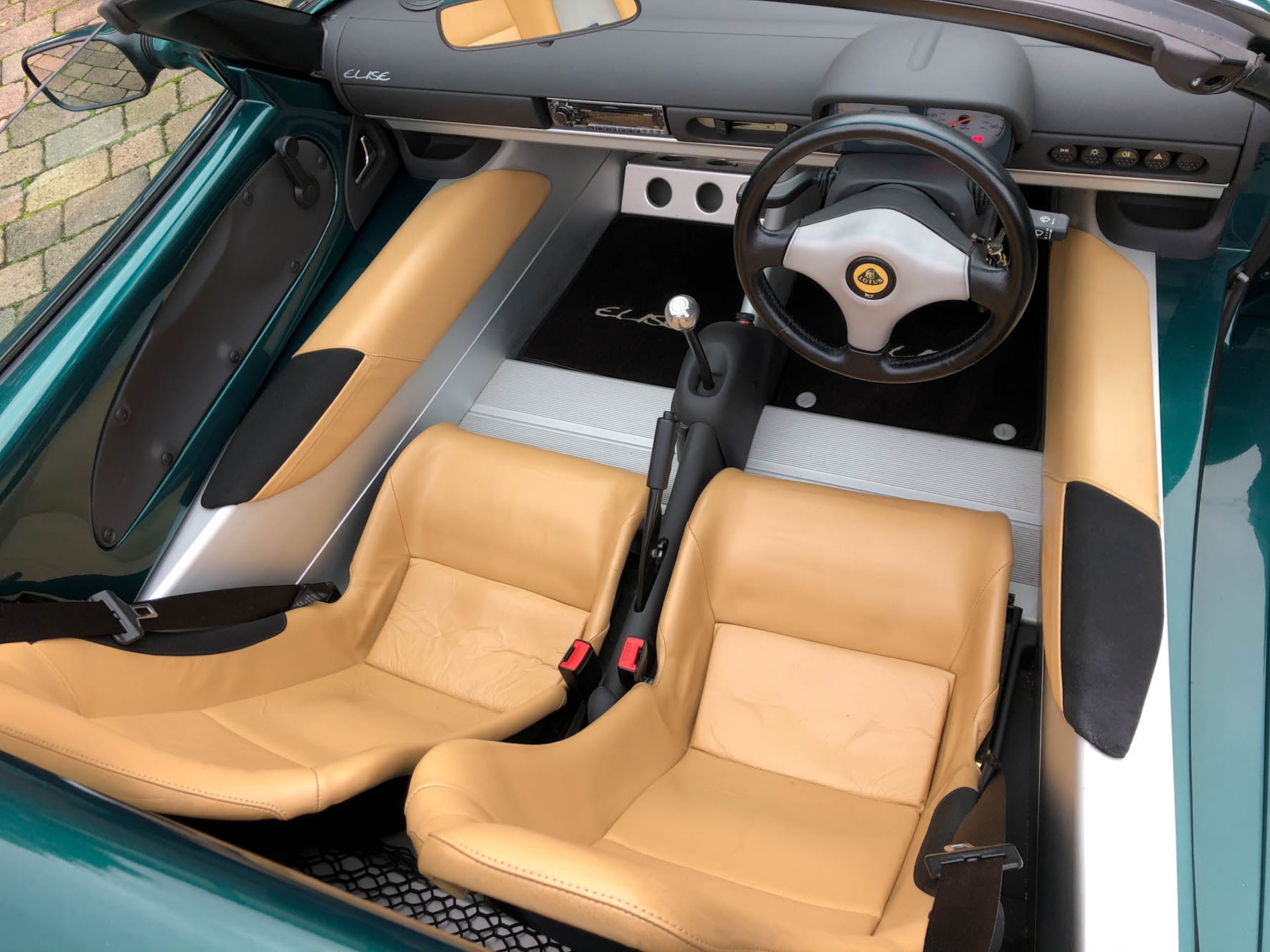 Despite its low mileage, this Elise has been serviced every year without fail, exclusively by Lotus main dealer Bell and Colvill. The stamped maintenance record runs to nearly two full service booklets, and presents a meticulous history of the mileage from new. The associated invoices have also been kept with the car. 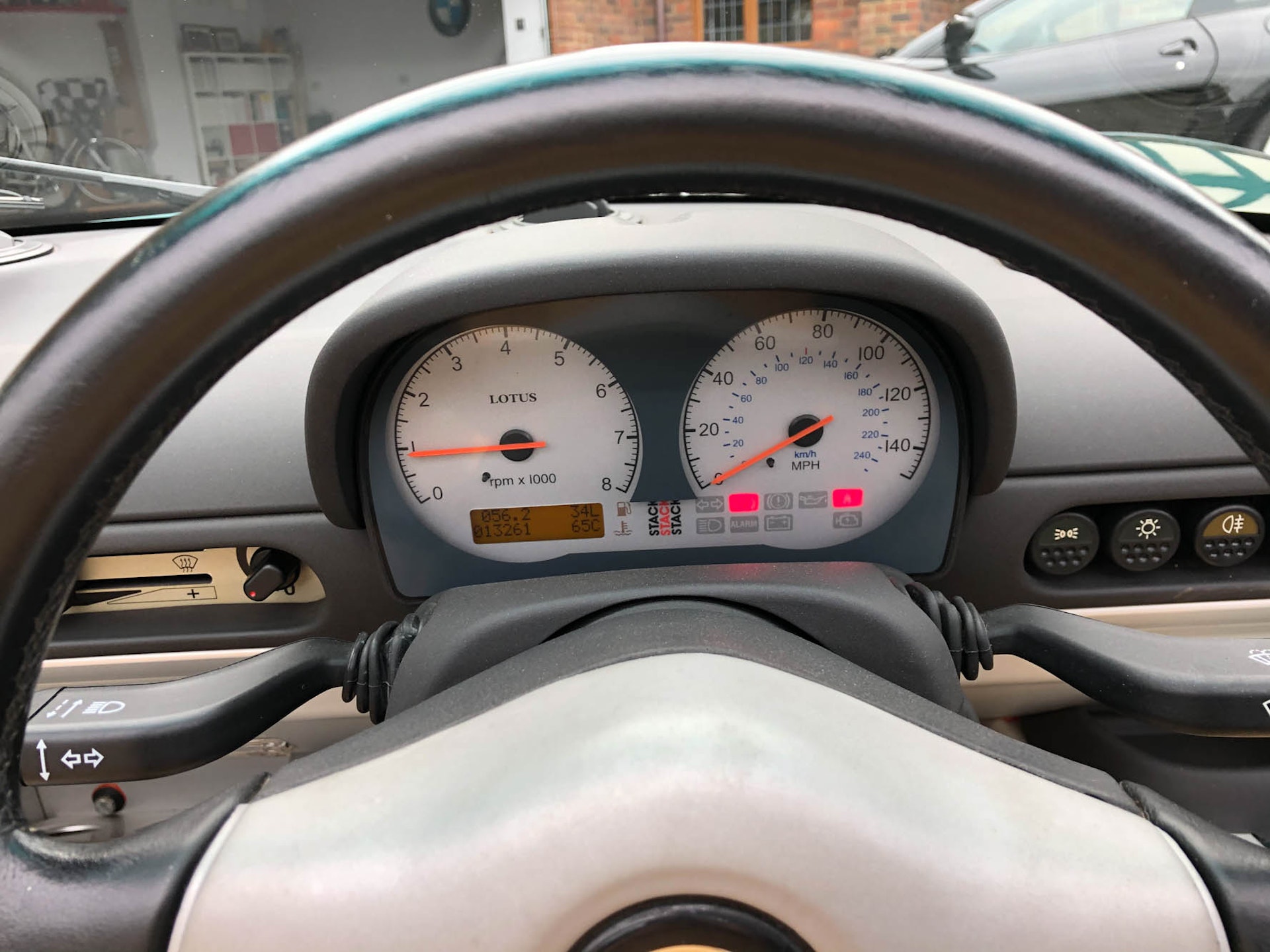 The last scheduled maintenance was carried out on 16 April 2019, which comprised an annual engine oil and filter service, as well as renewal of the brake fluid. In 2018, a major service was carried out that included a fresh set of spark plugs and new gearbox oil. The camshaft timing belt was replaced in 2017 at 12,581 miles. 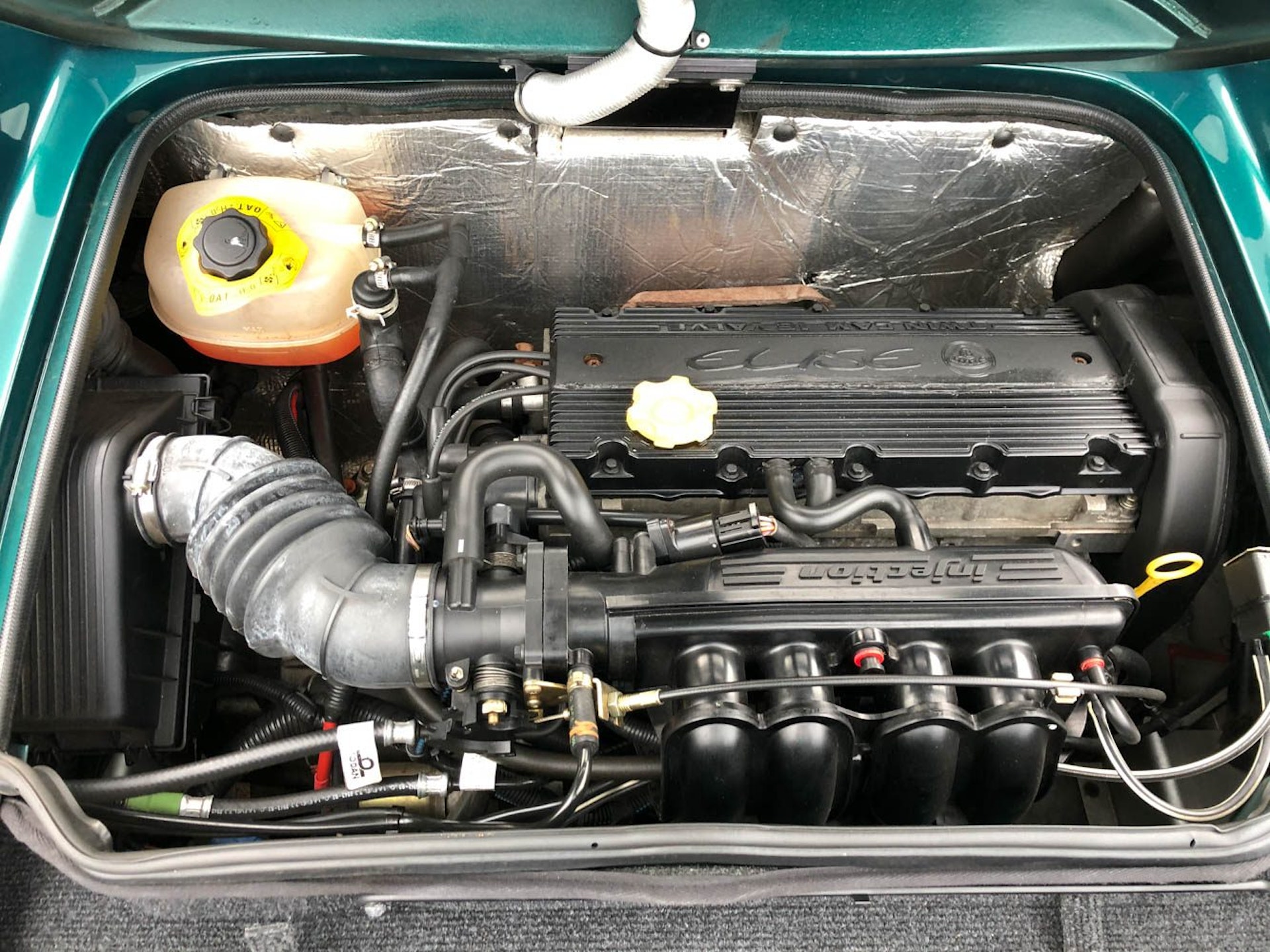 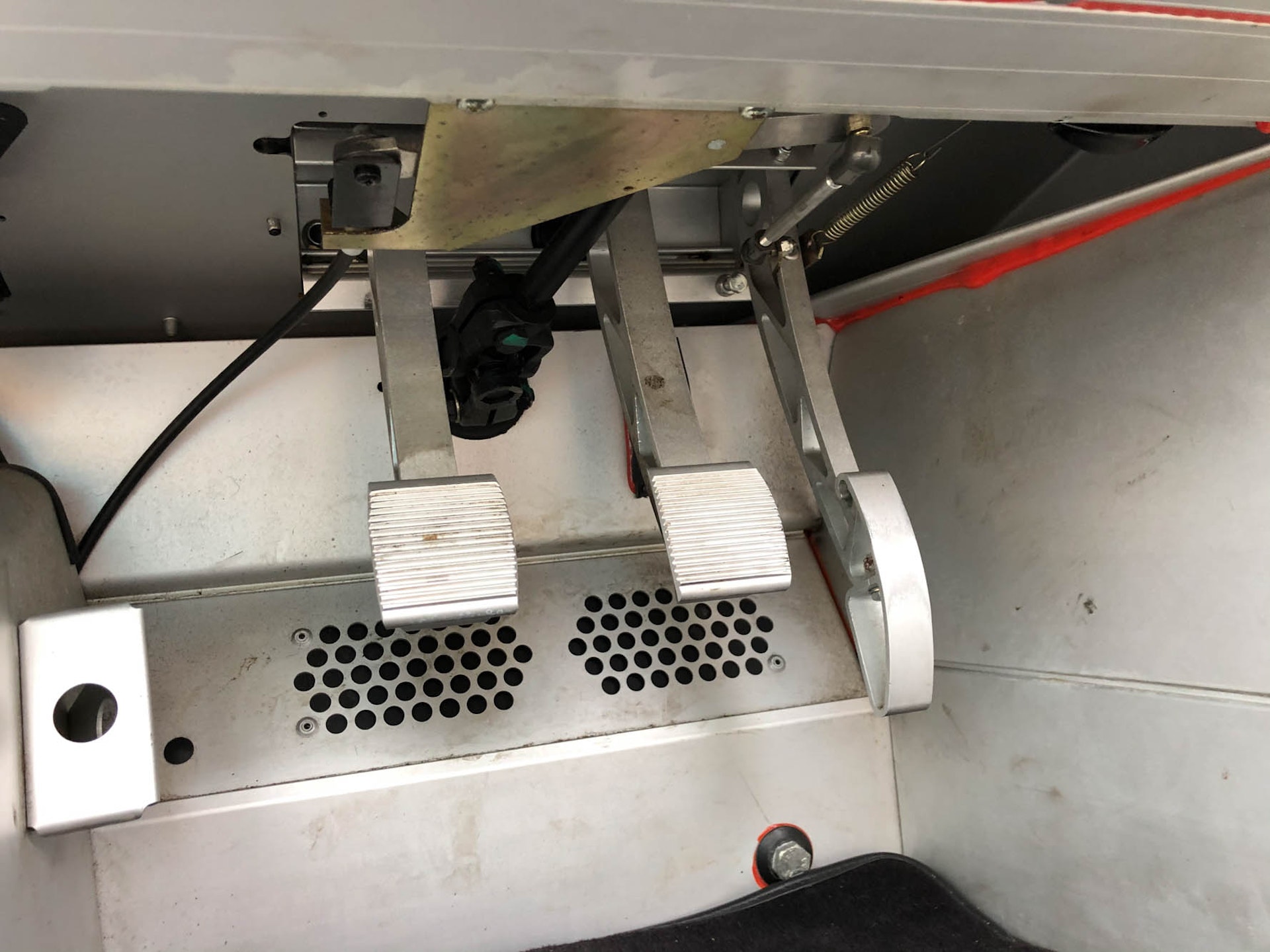 Accompanying this Elise S1 are two complete book packs, as a second was purchased when the original maintenance record was full up. There are also two original sets of keys, a C-TEK trickle charger and battery conditioner, hood storage bag and emergency tonneau cover. 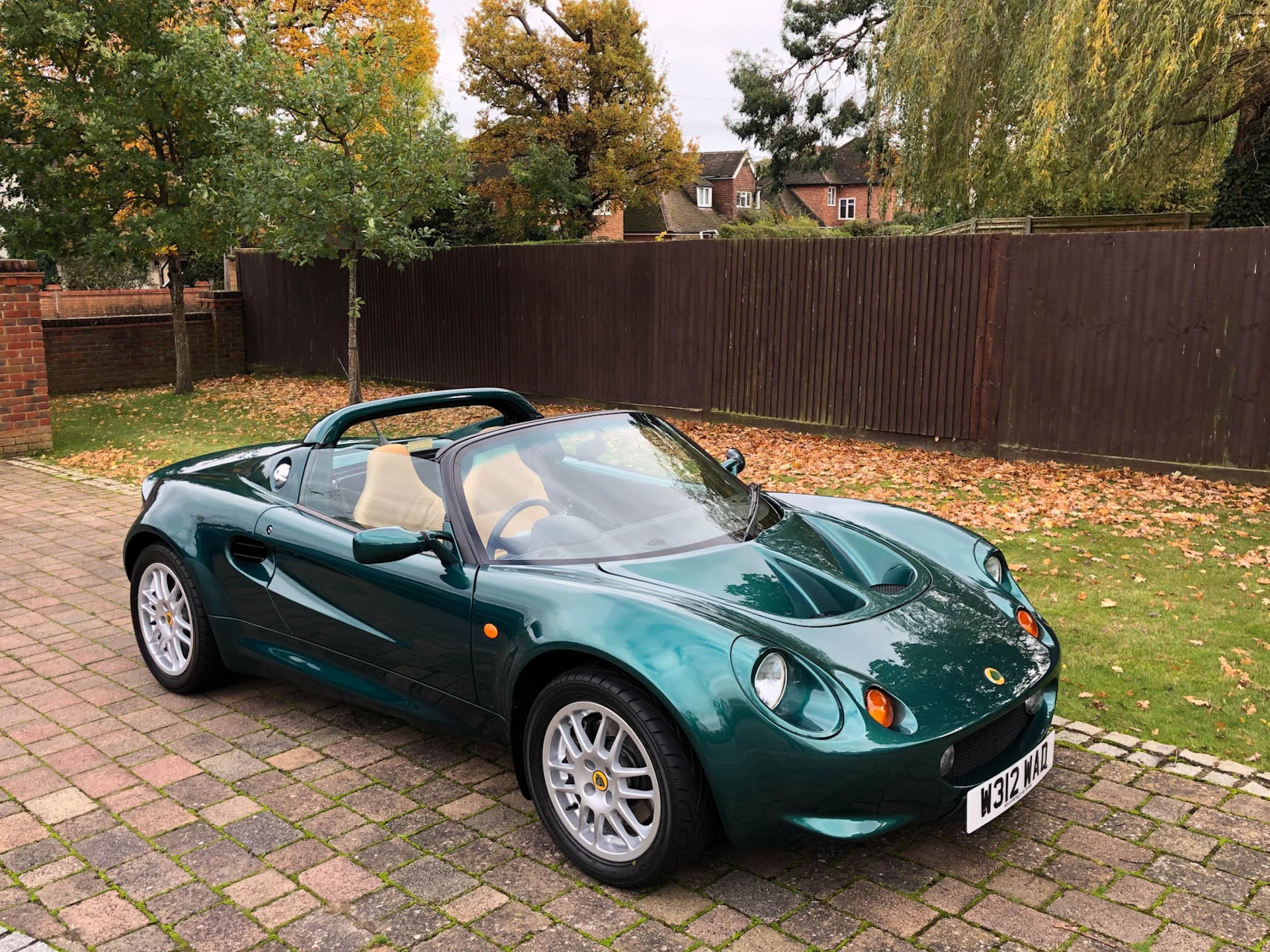 This Lotus Elise S1 is an outstanding, collector-quality example of the breed, which boasts impeccable service history and a handsome colour scheme. Without a doubt one of the purest driver’s cars of the modern era, it is being offered by the vendor only because they do not have the space to keep it. This is a superb opportunity to acquire a genuine low-mileage Elise that remains in the original factory specification.