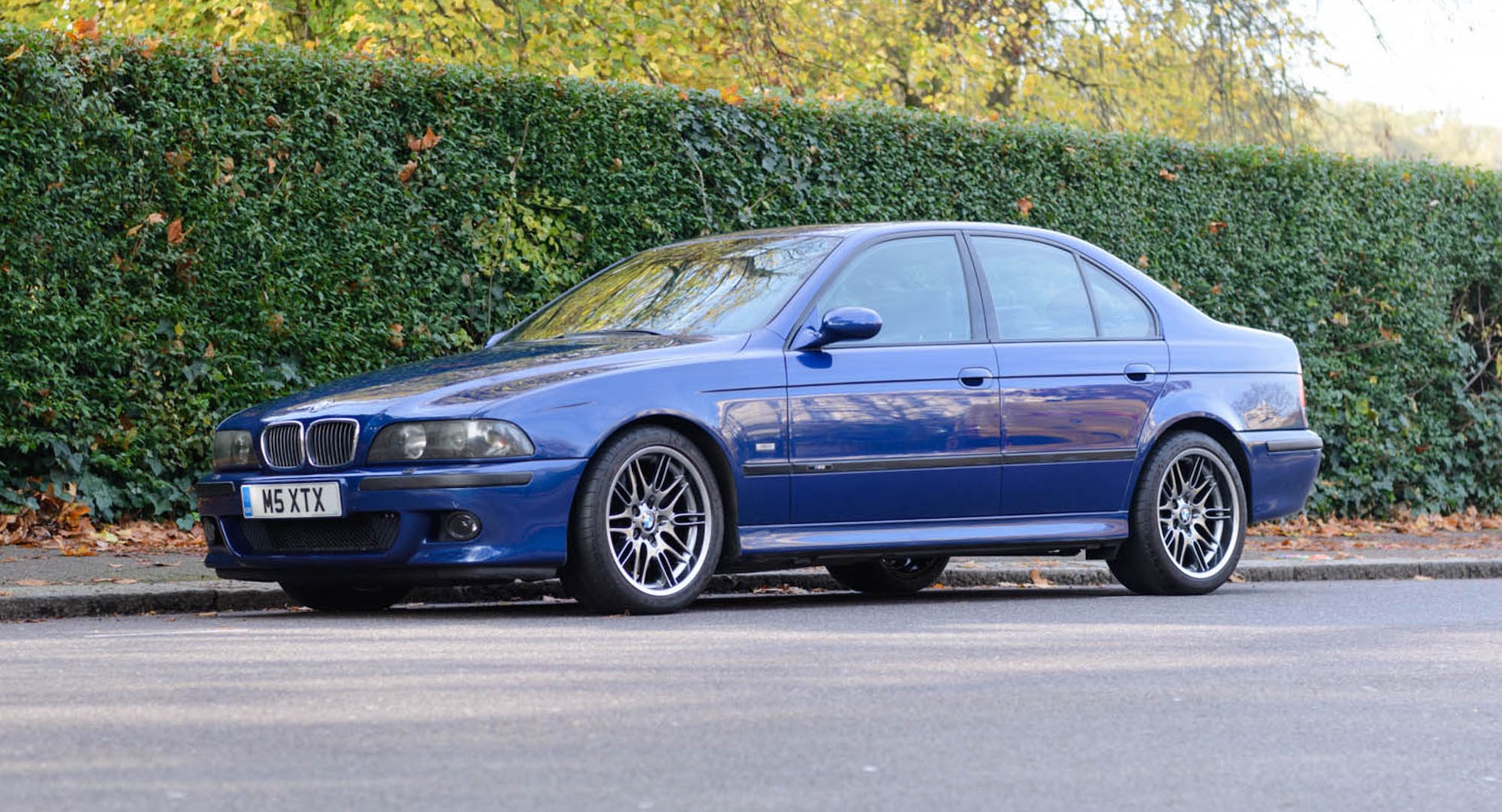 This 2000 BMW M5 is a performance icon of the modern era, and is regarded by many as the best all-round version of the M5 to date. It is powered by the 394bhp 4.9-litre naturally-aspirated S62 V8 engine, driven through the rear wheels via a six-speed manual transmission and limited-slip differential. This is an unapologetically well-loved and well-used car, and the odometer shows 146,977 miles from new. 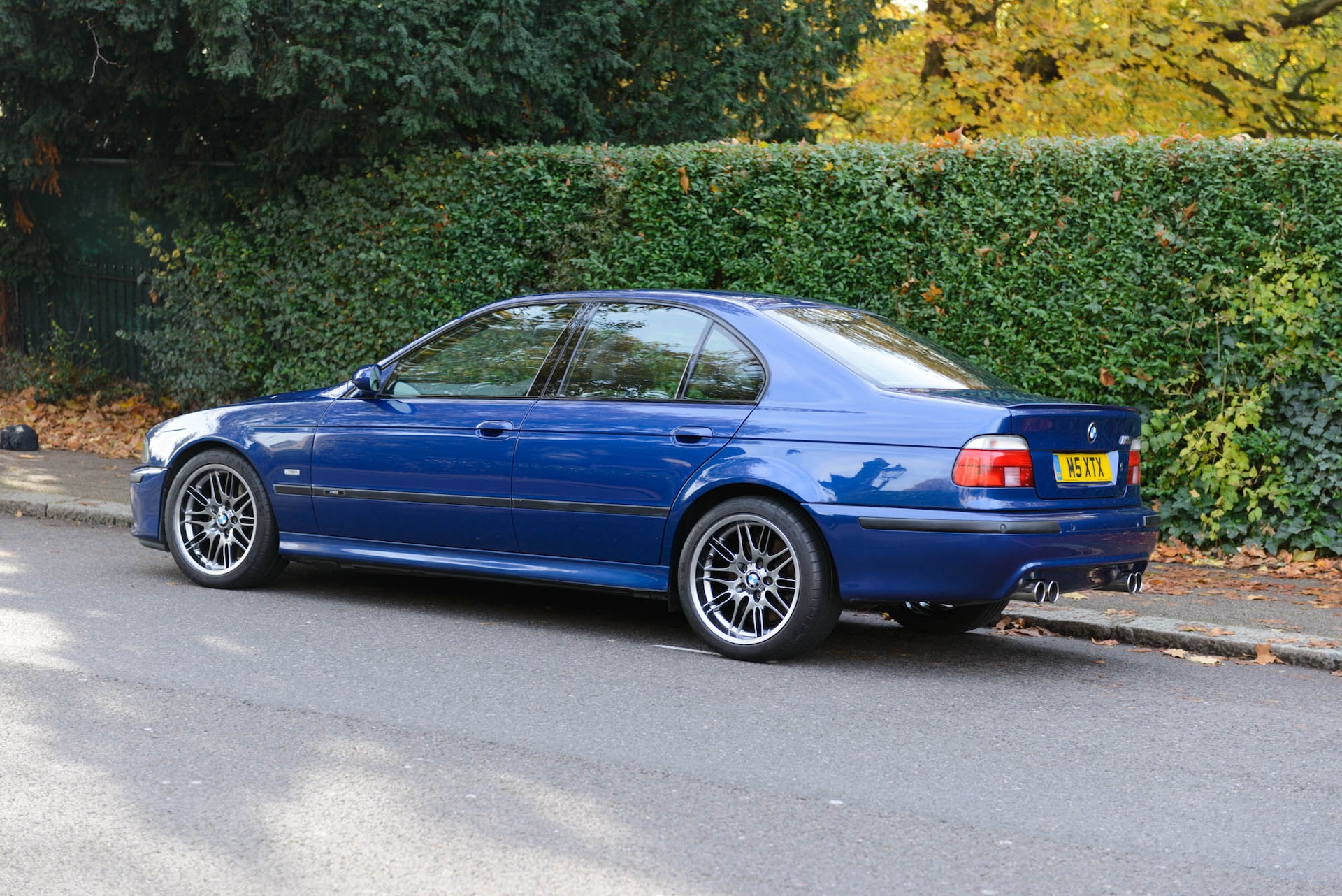 Completed at the factory in March 2000, this M5 was delivered new to the UK and first registered on 29 April the same year. The vendor has owned the car for the last nine years and has enjoyed just over 32,000 miles on the road in that period. 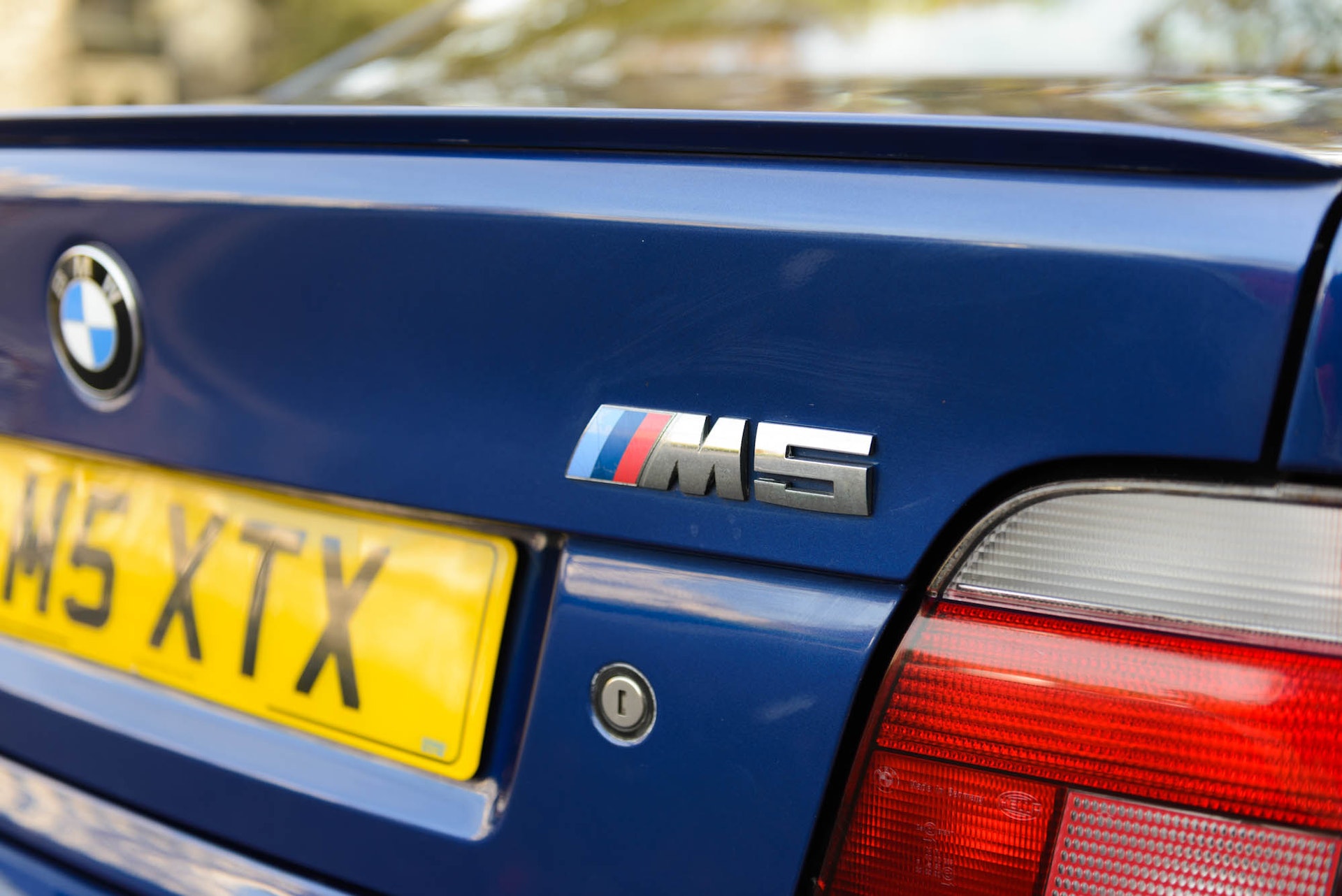 Its Le Mans Blue paintwork is in good condition and has certainly had partial paintwork earlier in its life. The rear bumper has been treated to a SMART repair for a crack caused by a very low-speed impact while parking. There are also a few stone chips at the front end and on the wing mirror caps. 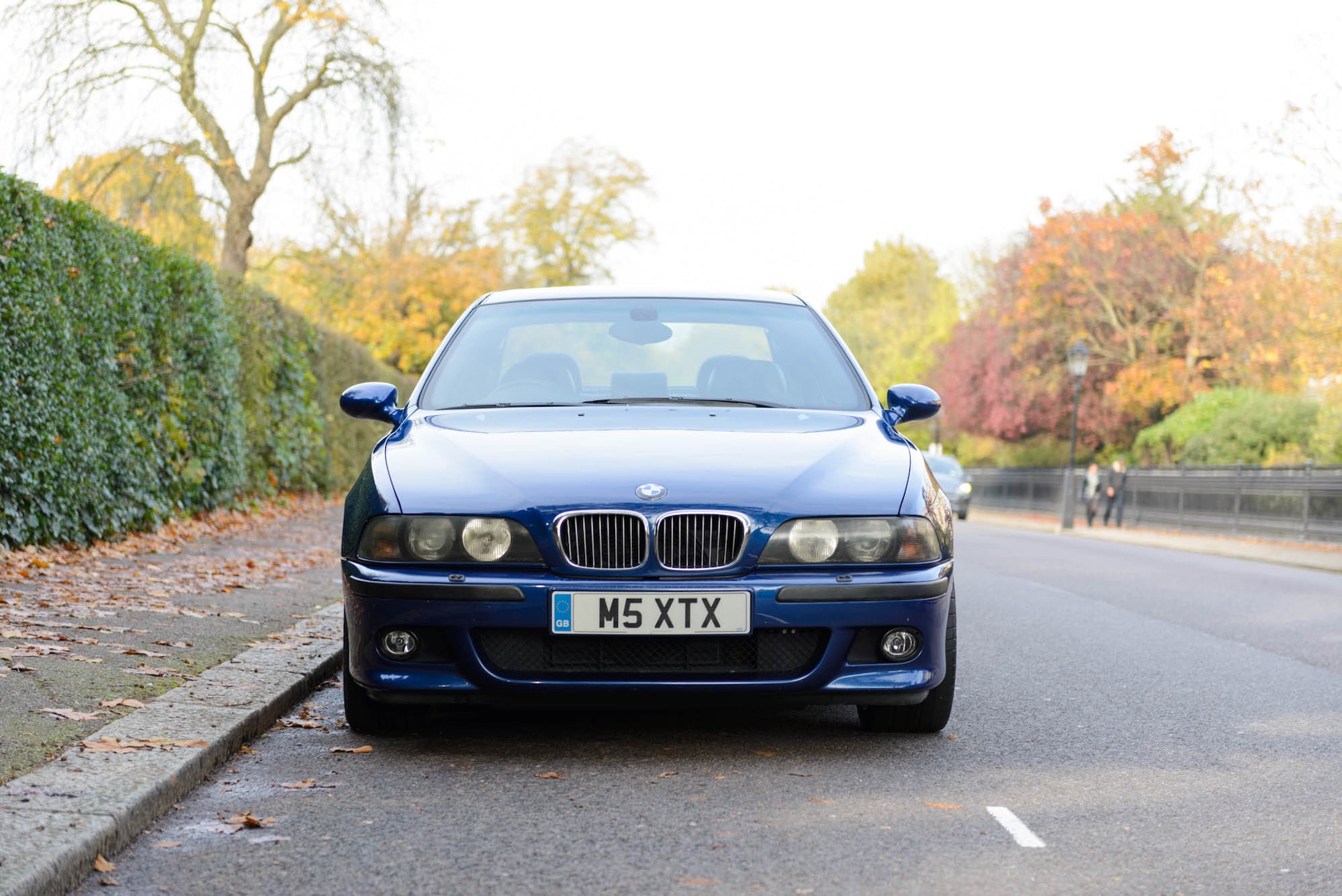 The car sits on the correct set of 18-inch Chrome Shadow ‘Style 65’ alloy wheels with 10 dual spokes, which are all in great shape. The rubber seals and plastic trims around the body are in good order, as are the light lenses. Its front indicator units have been swapped for ‘smoked’ effect items, but the rear light clusters are original. 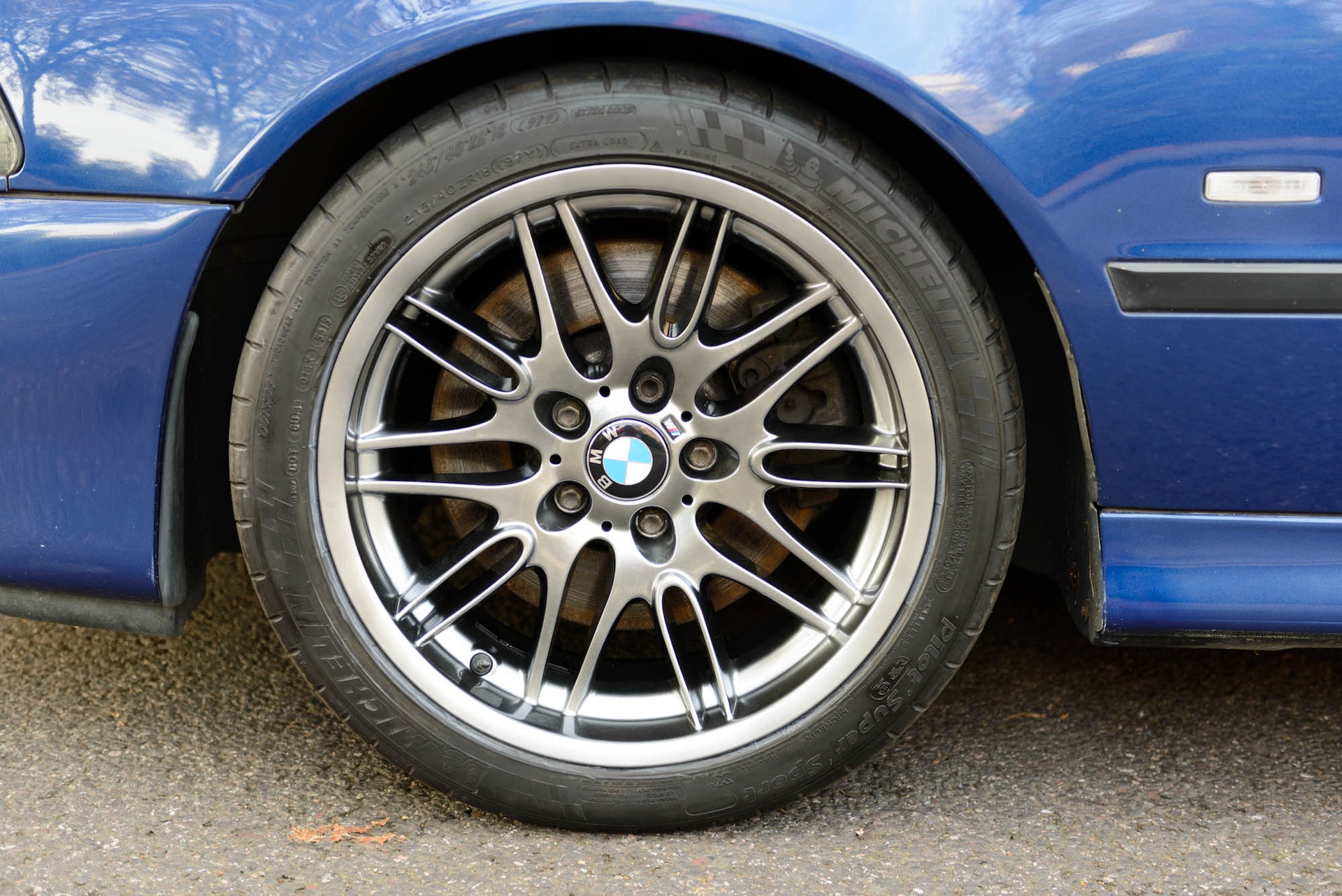 Its cabin is trimmed in a combination of black leather with blue panels for the seat facings and door cards. On the driver’s seat, the leather shows very slight discolouration and surface scratches on the side bolster. The upholstery on the front passenger seat and rear bench remains in superb condition. Its headlining is trimmed in anthracite fabric, and there is also a glass sunroof which functions as it should. 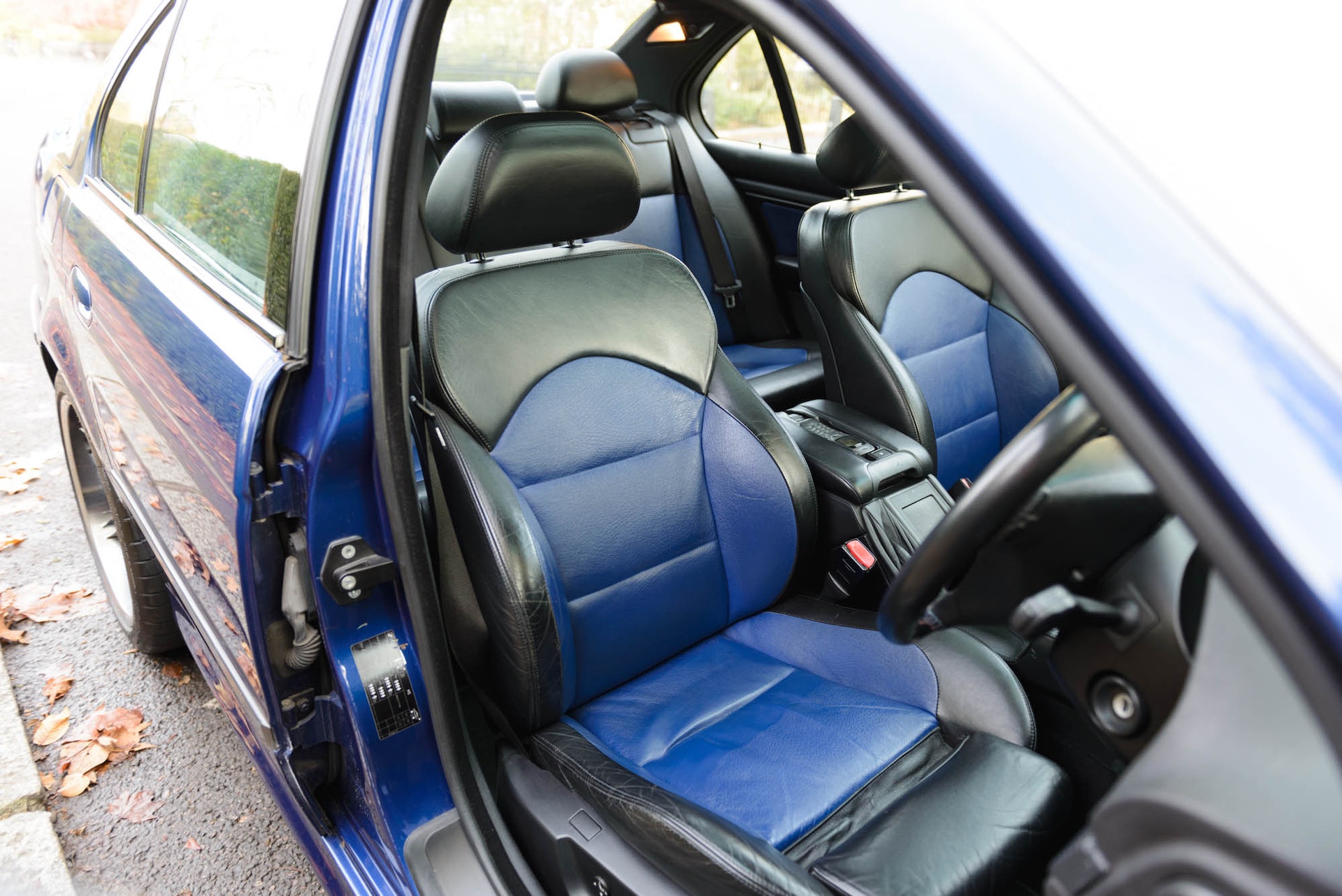 The front seats are electrically-adjustable and have heating, and ahead of the driver is the original M Sport multi-function steering wheel. The gear lever has been upgraded for a short-shift item from an E60 545i, but the original gear knob, lever and gaiter will be included in the sale. 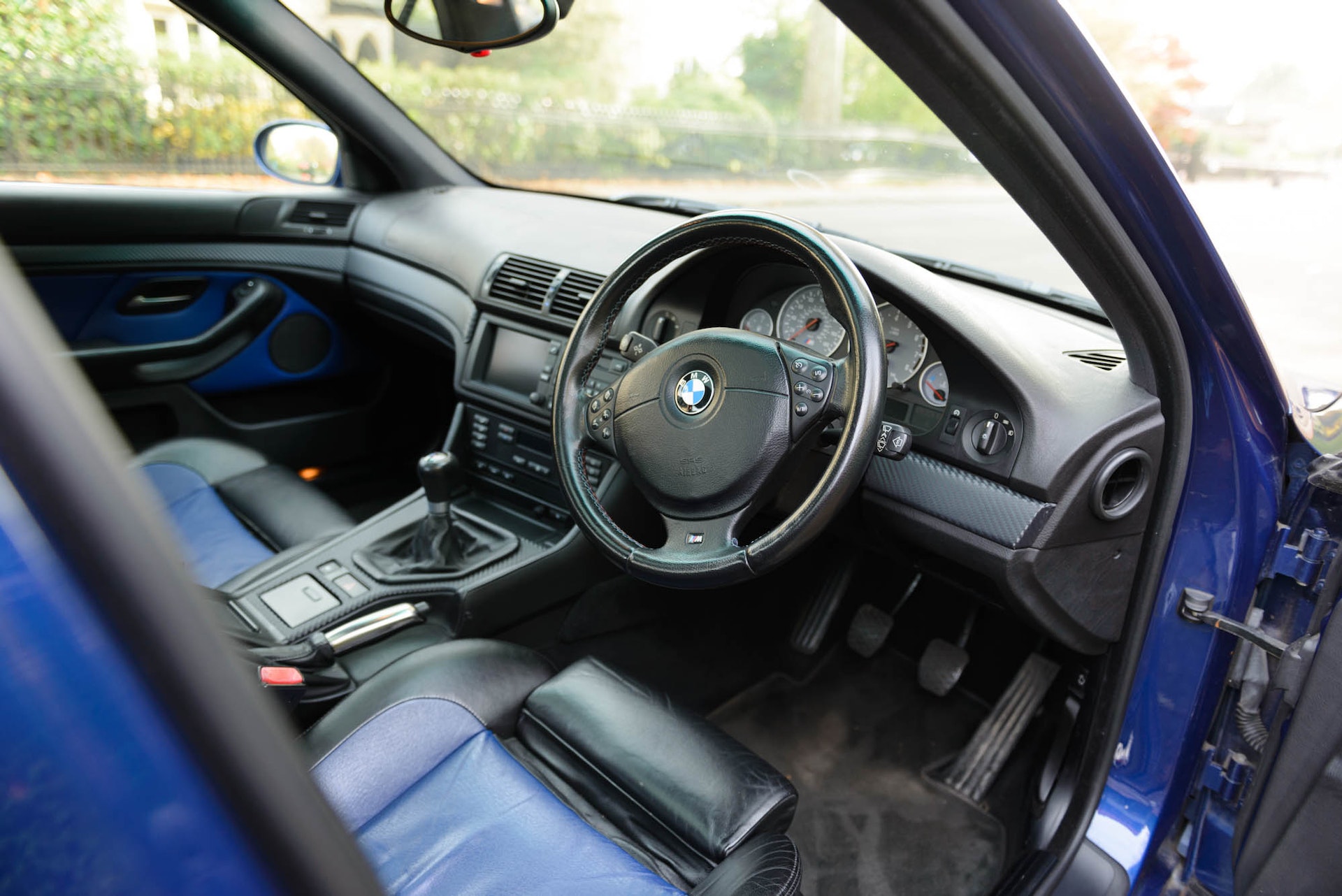 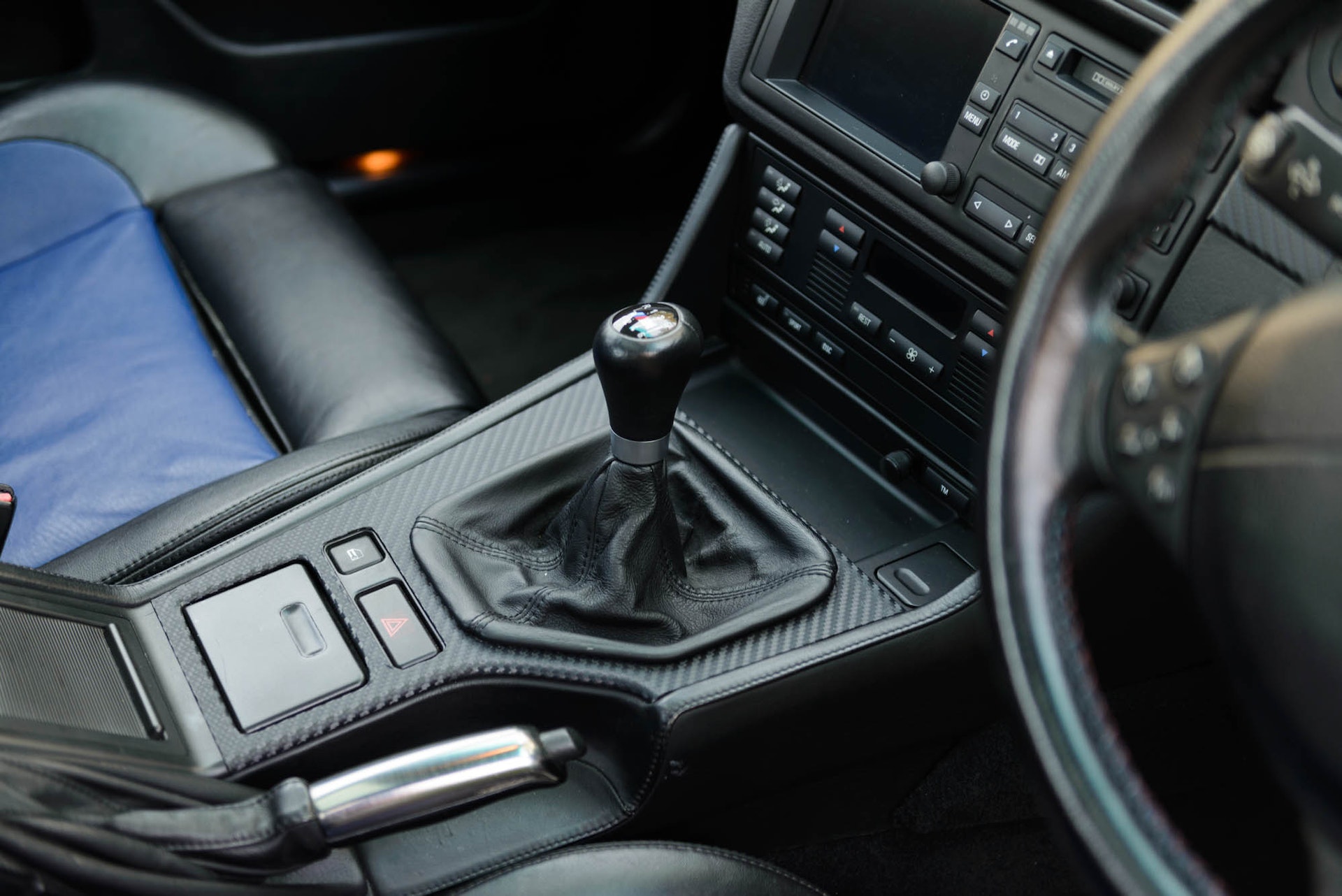 The car has received routine servicing by the vendor, and any specialist work was carried out by CPC Auto Services in Amersham. During the last service, the engine and gearbox oils were renewed, and filters replaced. A new offside bank rocker cover gasket was fitted, along with a fresh set of spark plugs. Sensors for the throttle position, mass air flow, and pre-cat oxygen level were also replaced. 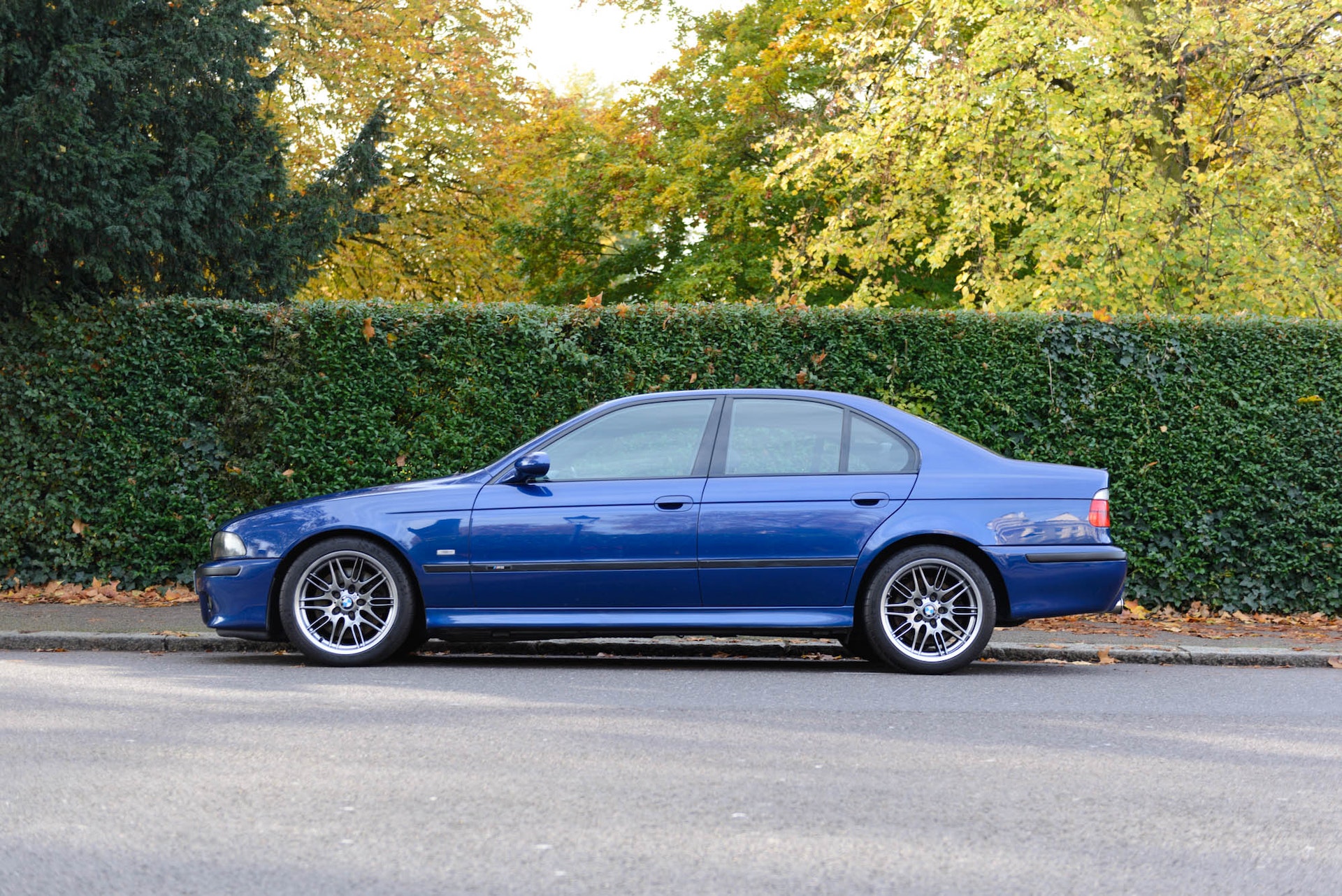 During the vendor’s tenure, the engine oil and filter have been renewed every 6,000 miles, and he has conducted extensive maintenance to keep on top of common issues. In the last three years, the car has had a full geometry setup, new front drop links, track rod ends, rear suspension arms and rear ball joints. One bank of the VANOS system has been replaced, the differential seals have been renewed and brand-new fuel lines have been installed. He has also replaced the thermostat and the final stage heater resistor. 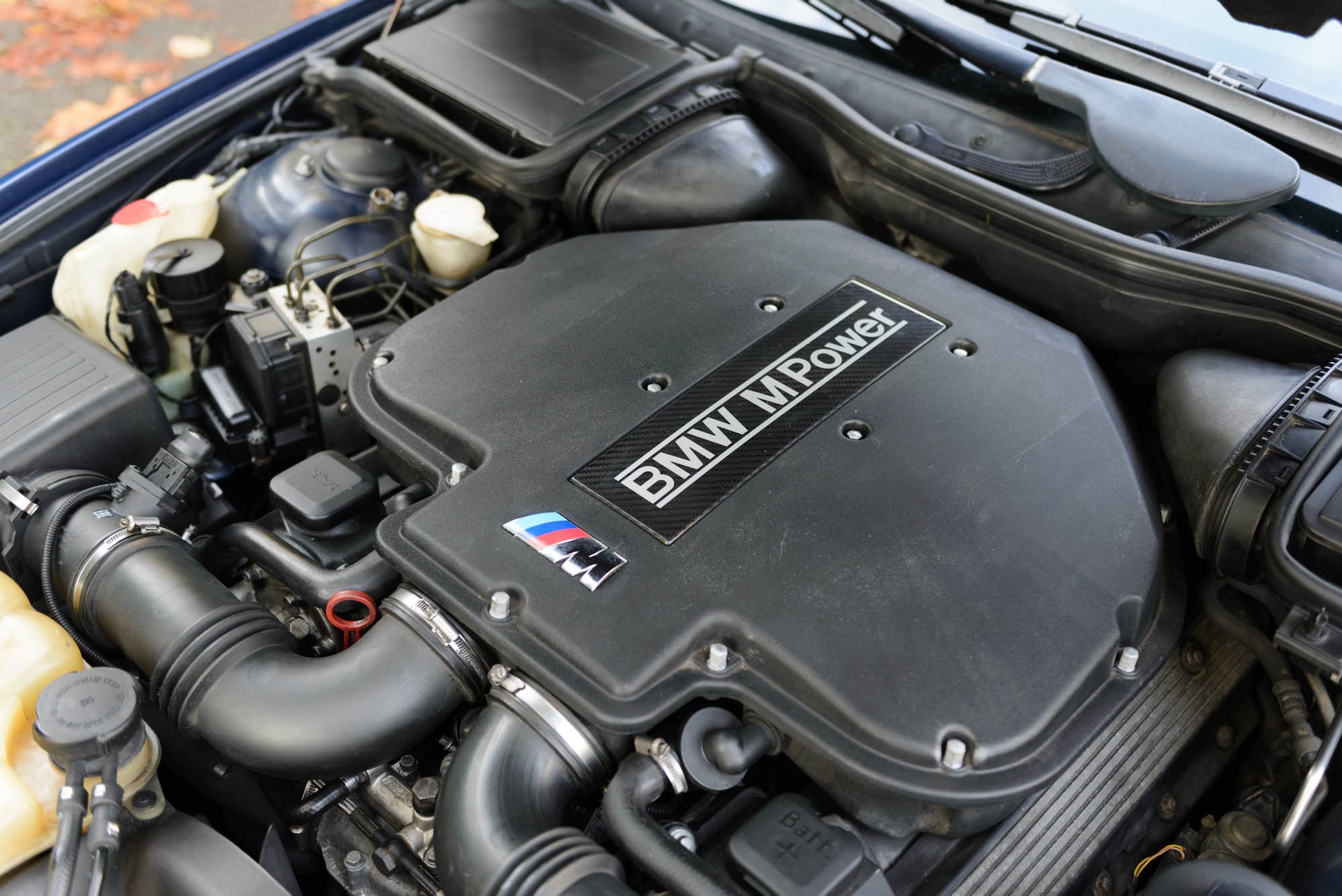 In June 2018, various corrosion repairs were carried out on the underside of the car to rectify any problem spots, including new metalwork in the front and rear jacking points and sills, rear inner wheel arch plates. This year, he has also replaced the rear drop links, rectified surface corrosion on the coil springs, and fixed a condensation issue with the headlights. The only fault noted by the vendor is that one of the two headlight adjusters on one headlight is not currently working. 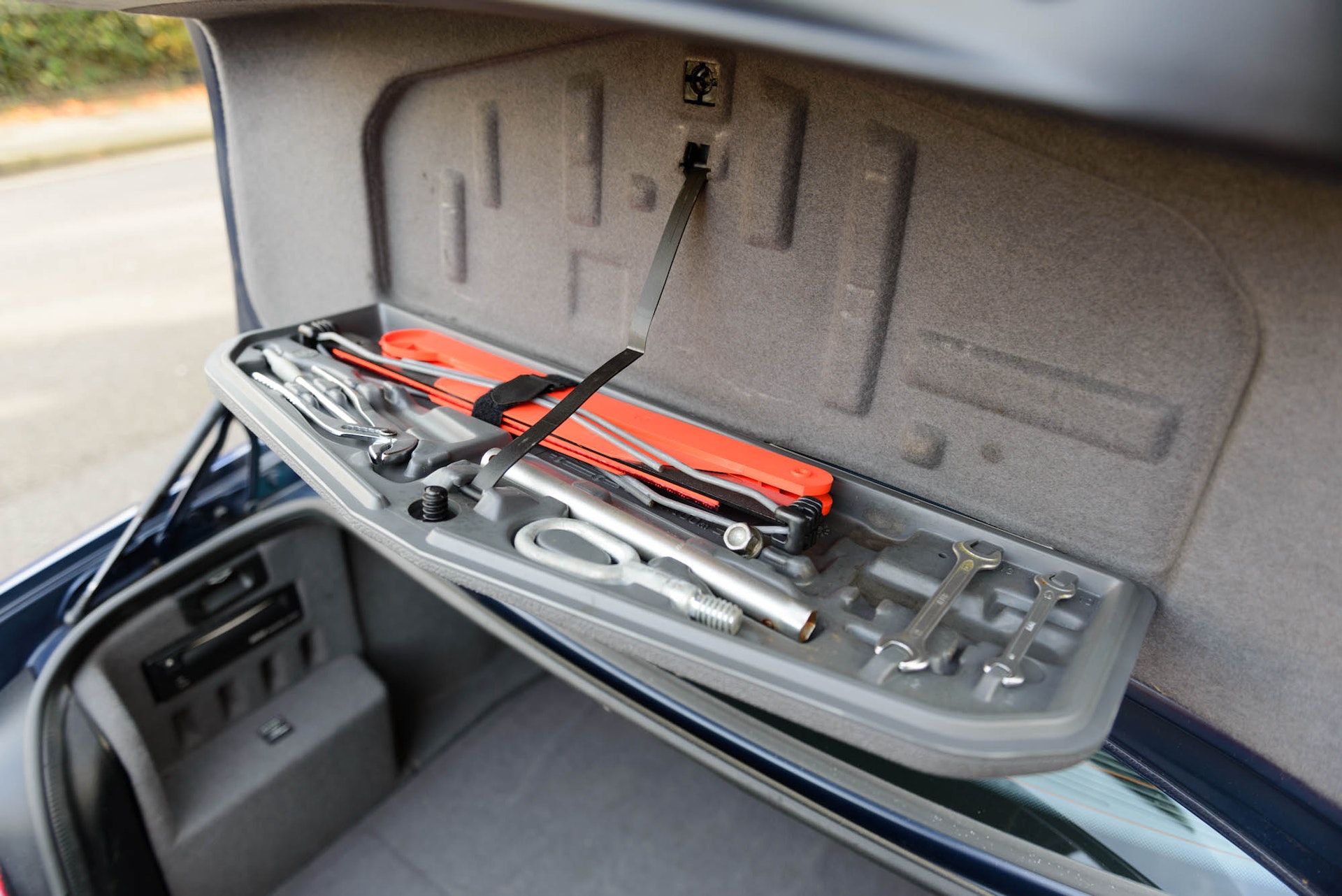 While overall this M5 is a highly original E39, there are a few subtle modifications present. These include adjustable Koni Yellow Sport shock absorbers, Dinan monoball front thrust arms and custom monoballs fitted to the rear trailing arms. The exhaust back boxes have also been removed. 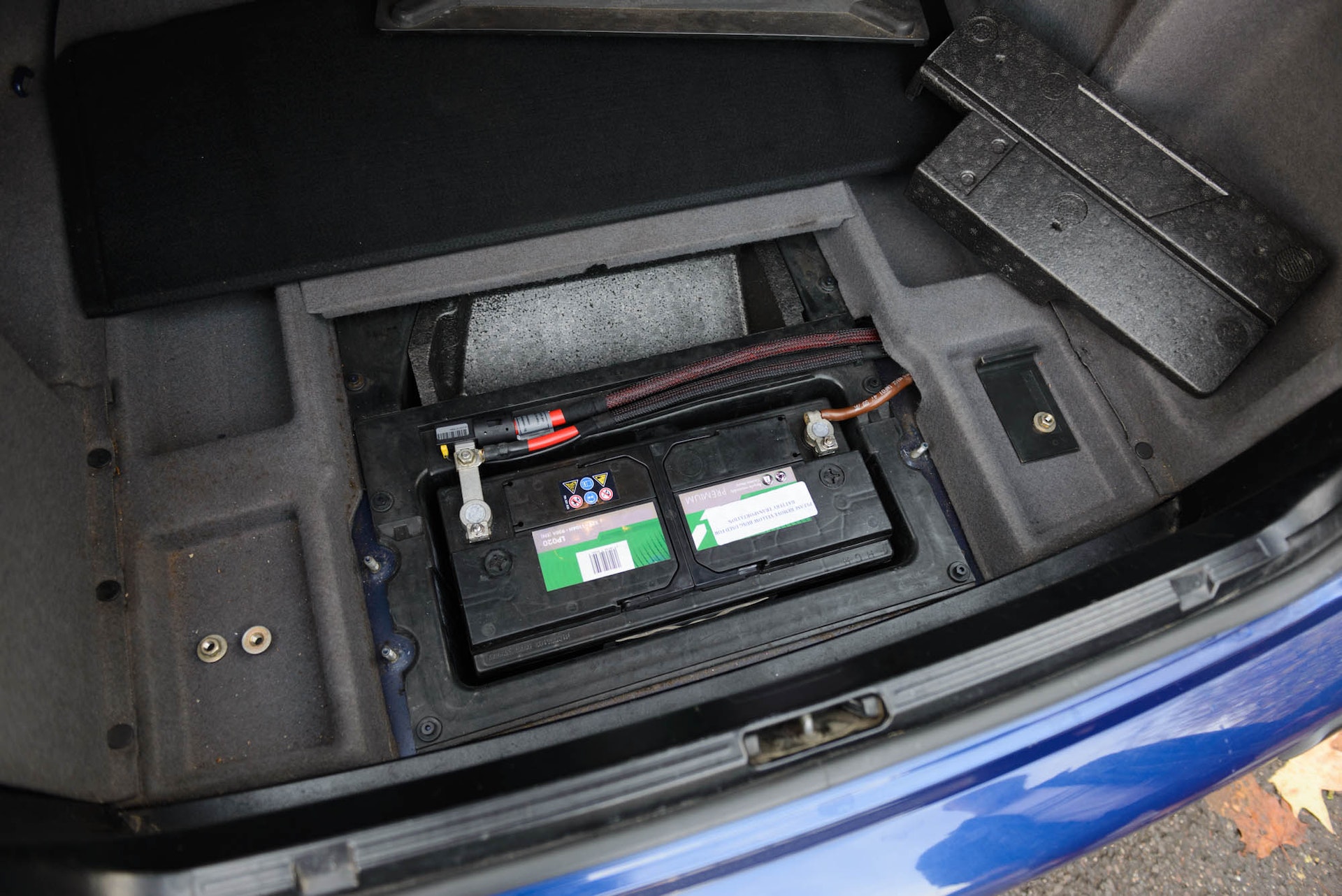 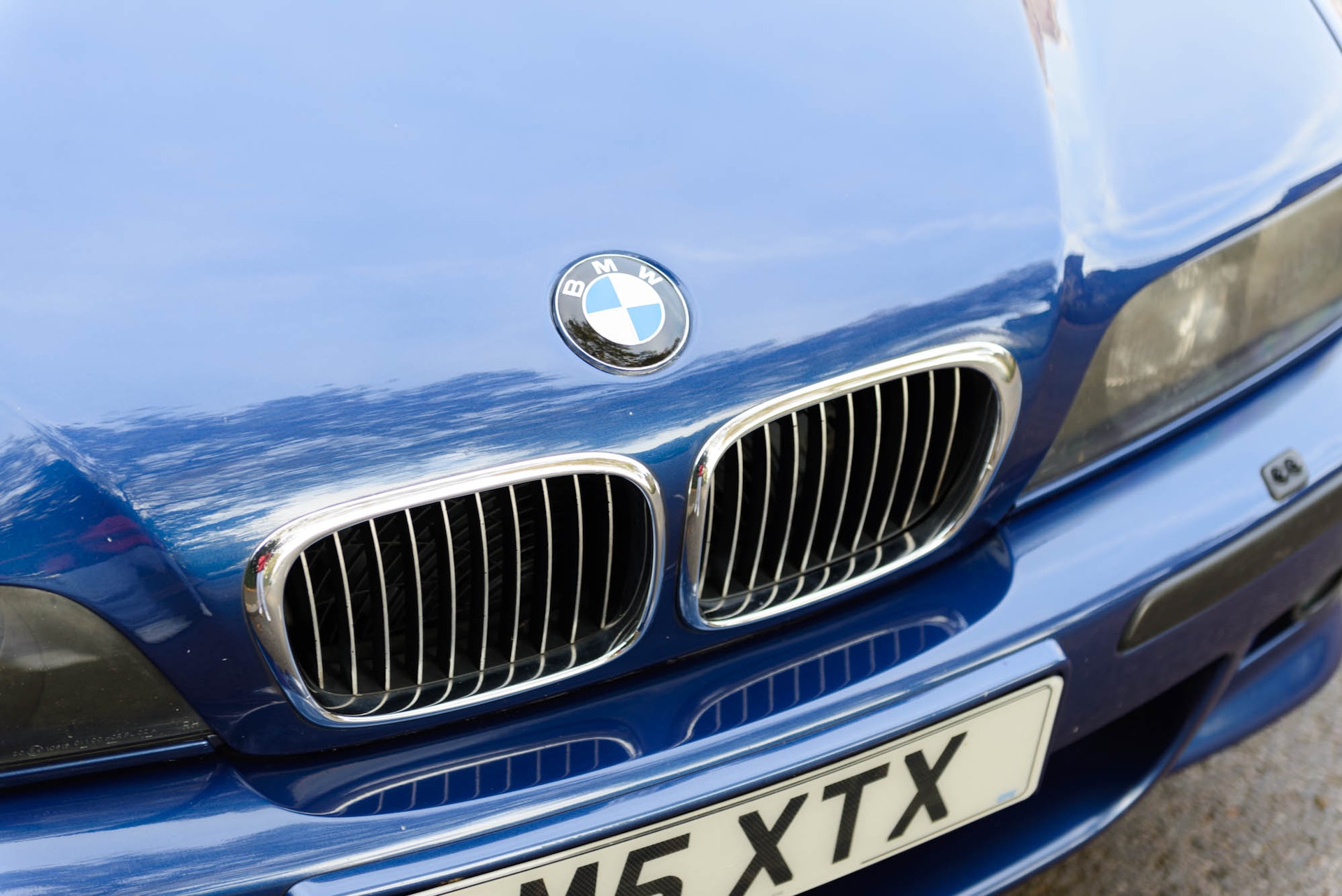 Accompanying the car is the original book pouch, including the owner’s manual, stamped maintenance record, user guides and a sales brochure. Three original keys are also present, including the valet key. 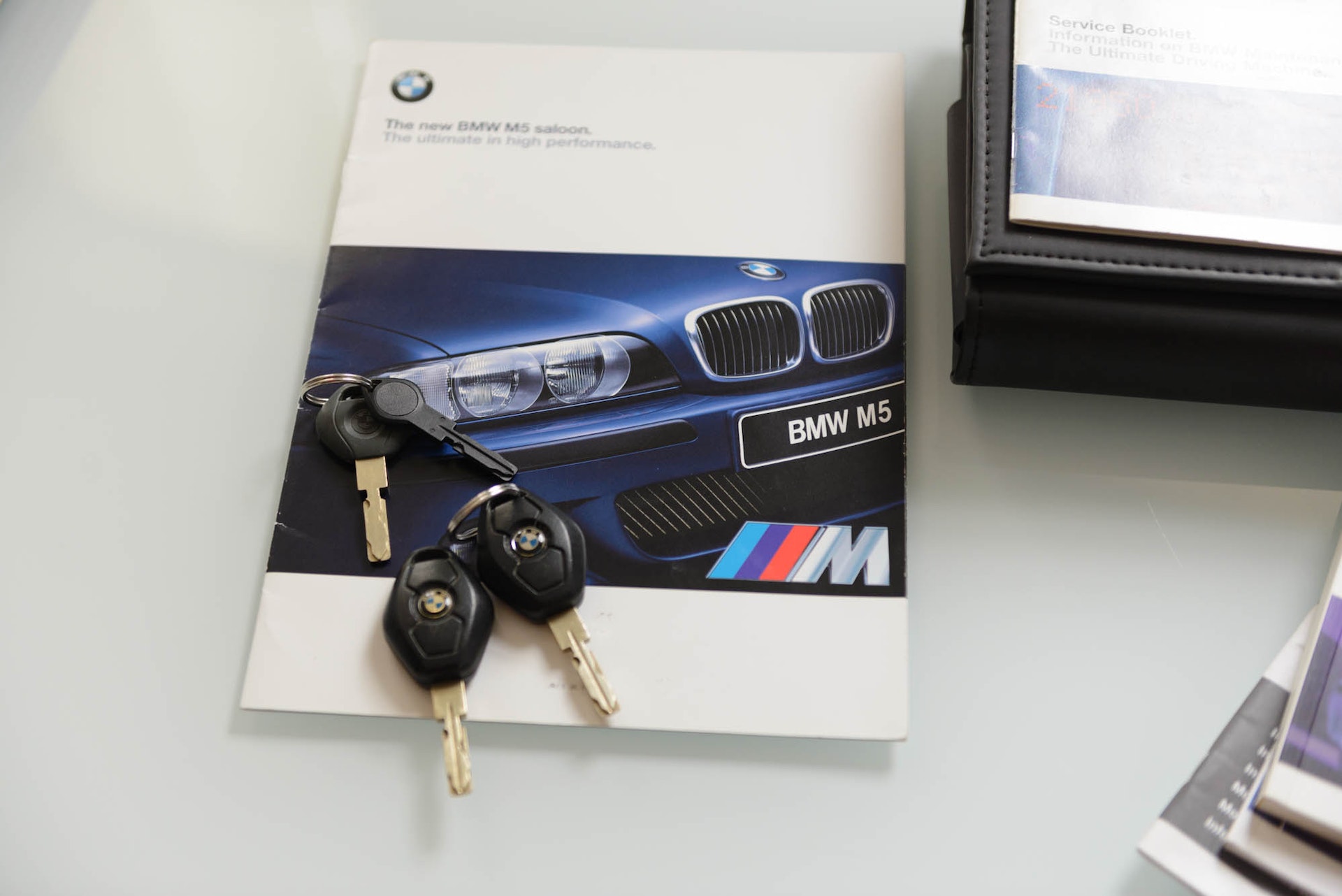 Writing about the E39 M5 within the last few years, Road and Track magazine stated: “Even today, this M5 is the sports sedan by which all others are judged, and a lot of enthusiasts would argue that even BMW itself hasn't bested it”. 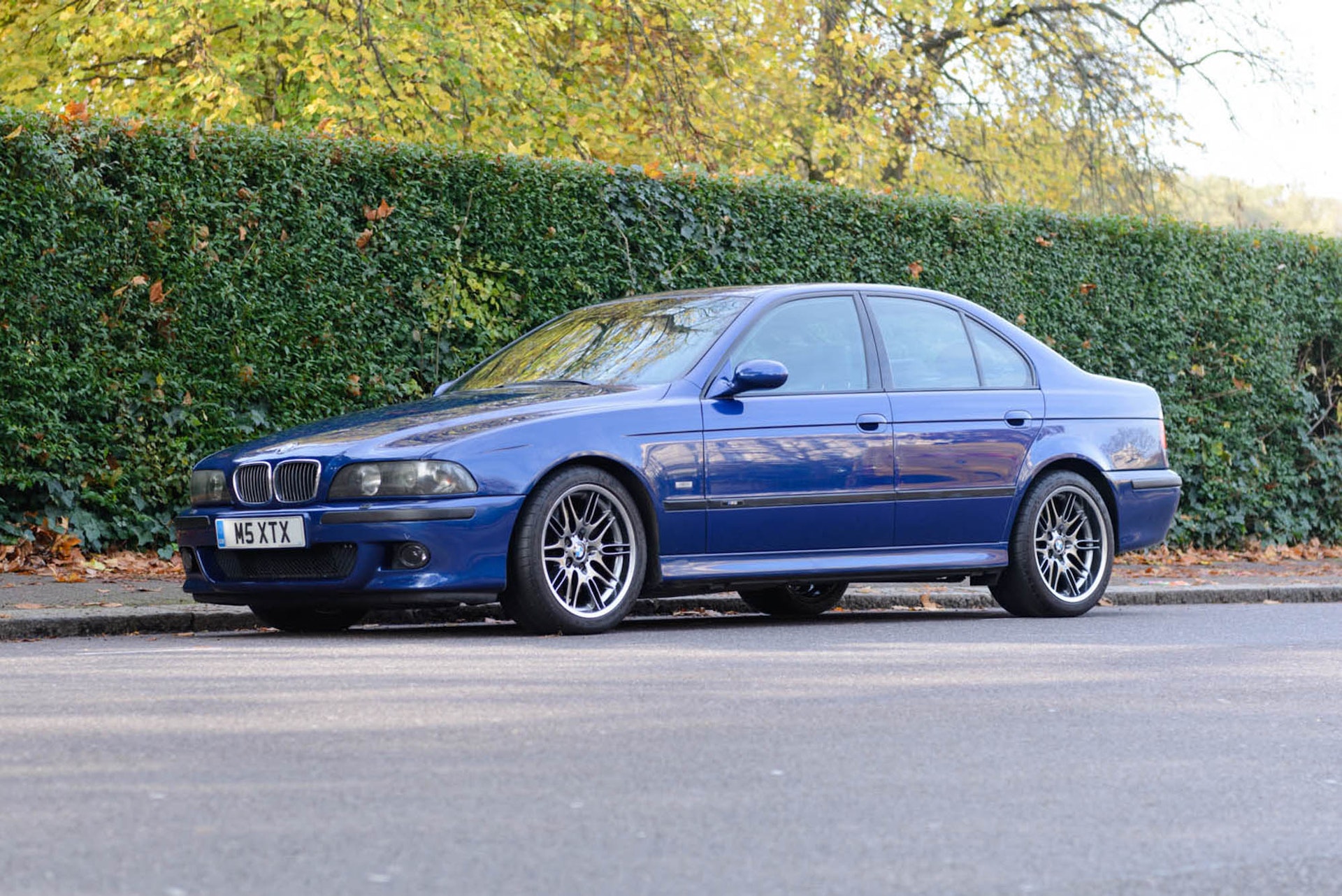 This BMW M5 is a clean and usable example of a contemporary performance hero. In many ways, it remains the definitive template for the sports saloon genre, and this particular car has proved to be extremely reliable during the vendor’s ownership. It is now offered via auction to a fellow enthusiast who will undoubtedly enjoy its analogue delights just as much.