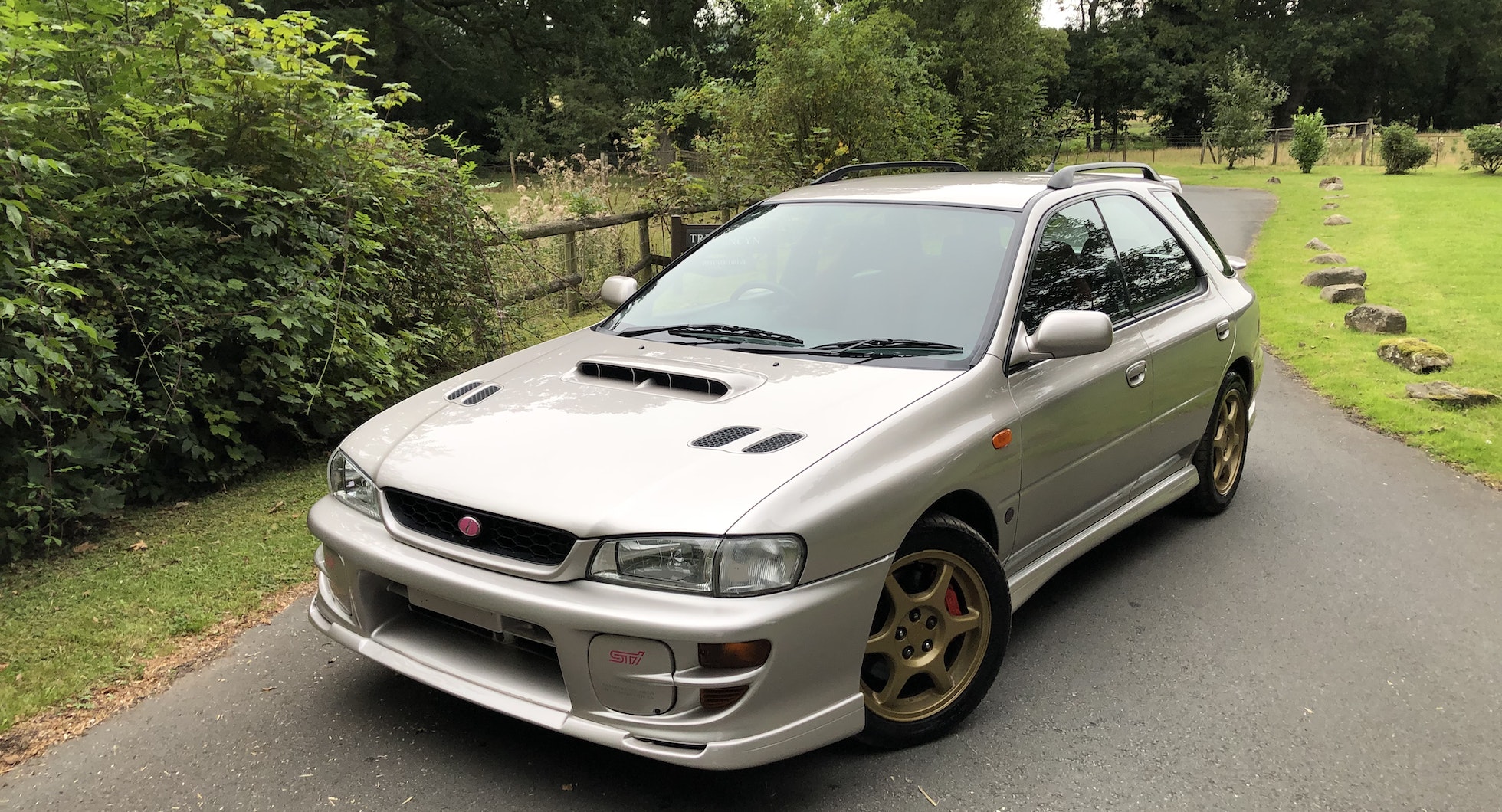 This 1999 Subaru Impreza WRX STI Version 6 is a superb example of a desirable modern classic, with genuine low mileage from new. A Japanese Domestic Market (JDM) specification car, it is powered by the 276bhp 2.0-litre turbocharged EJ207DW2PR boxer engine, with all-wheel drive via a five-speed manual transmission. One of a total production run of just 500 five-door cars, it was imported to the UK as a brand-new vehicle in early 2000, and has remained in the country ever since. 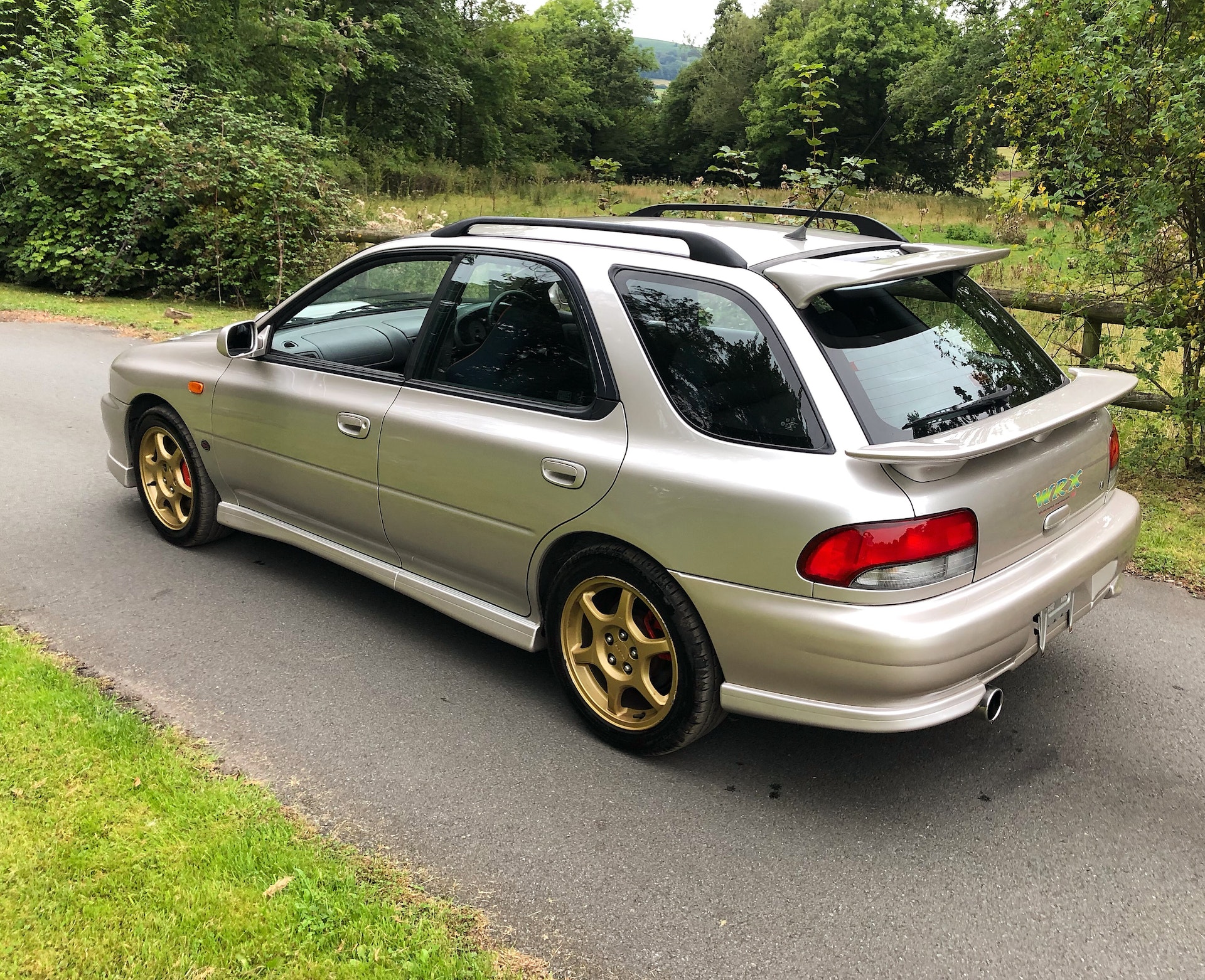 The limited-run Impreza WRX STI Version 6 featured 16-inch gold wheels in one of two designs, a deep front bumper and side skirts, STi stickers on the fog light covers, a WRX STI sticker on the tailgate, a pink Subaru badge on the grille, and - on the Sport Wagon - ‘double decker’ rear spoilers and roof rails. 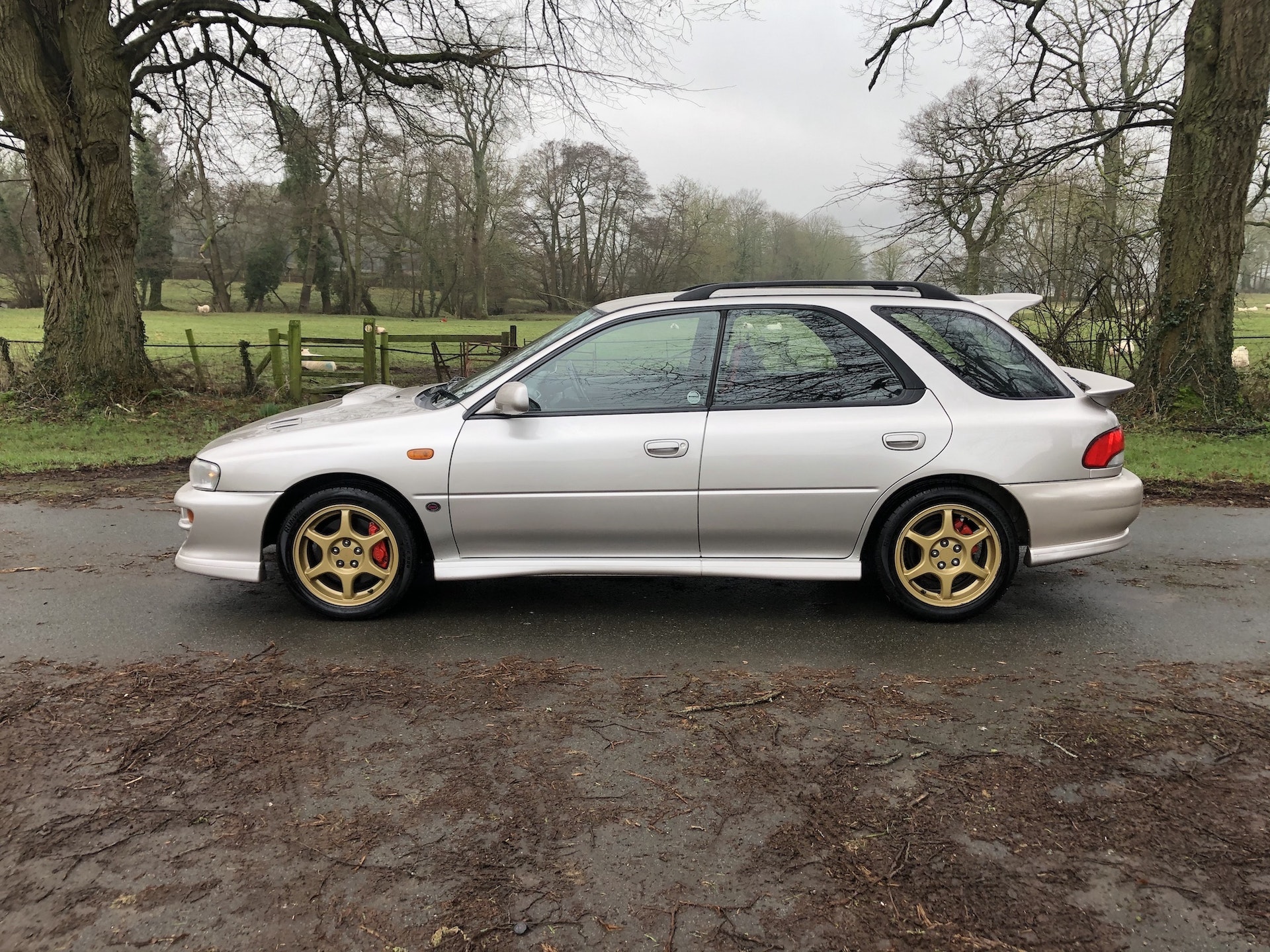 Having been imported as a brand-new example with delivery mileage, it was sold to its first owner in the UK for around £25,000 (or approximately £42,000 adjusted for inflation). The original bill of sale remains with the car. After covering 11,000 km on the road, the car was converted to a miles-per-hour readout, but the odometer reading was not reset. Consequently, the digital reading of just under 41,000 today equates to a true mileage of around 36,700 miles. 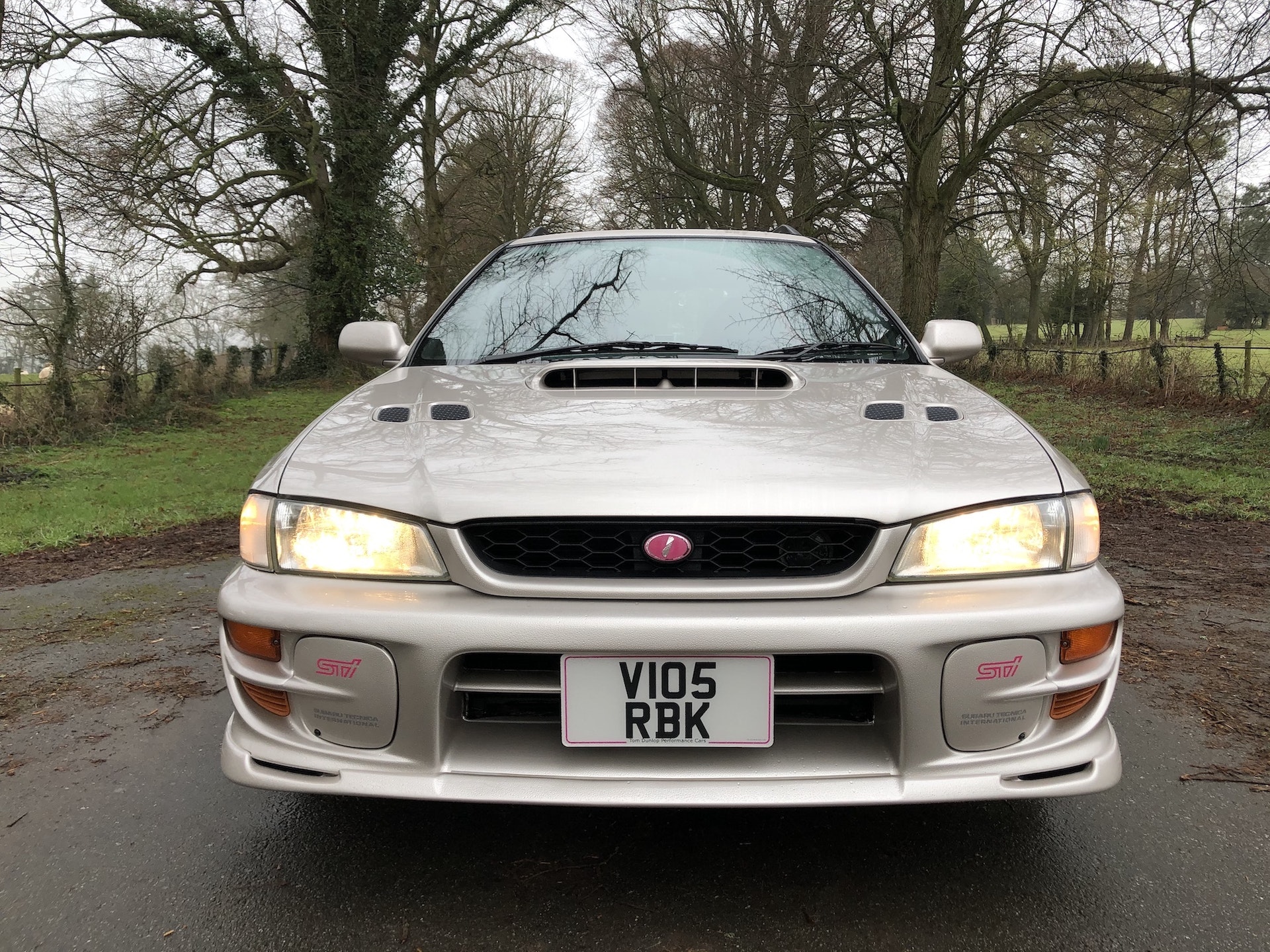 The mileage is fully warranted and evidenced by a raft of old MOT certificates, VOSA verification and a clean HPI report - not to mention comprehensive stamped service history. It has been owned by the dealer vendor for the last nine months, who has enjoyed around 1,500 miles behind the wheel. 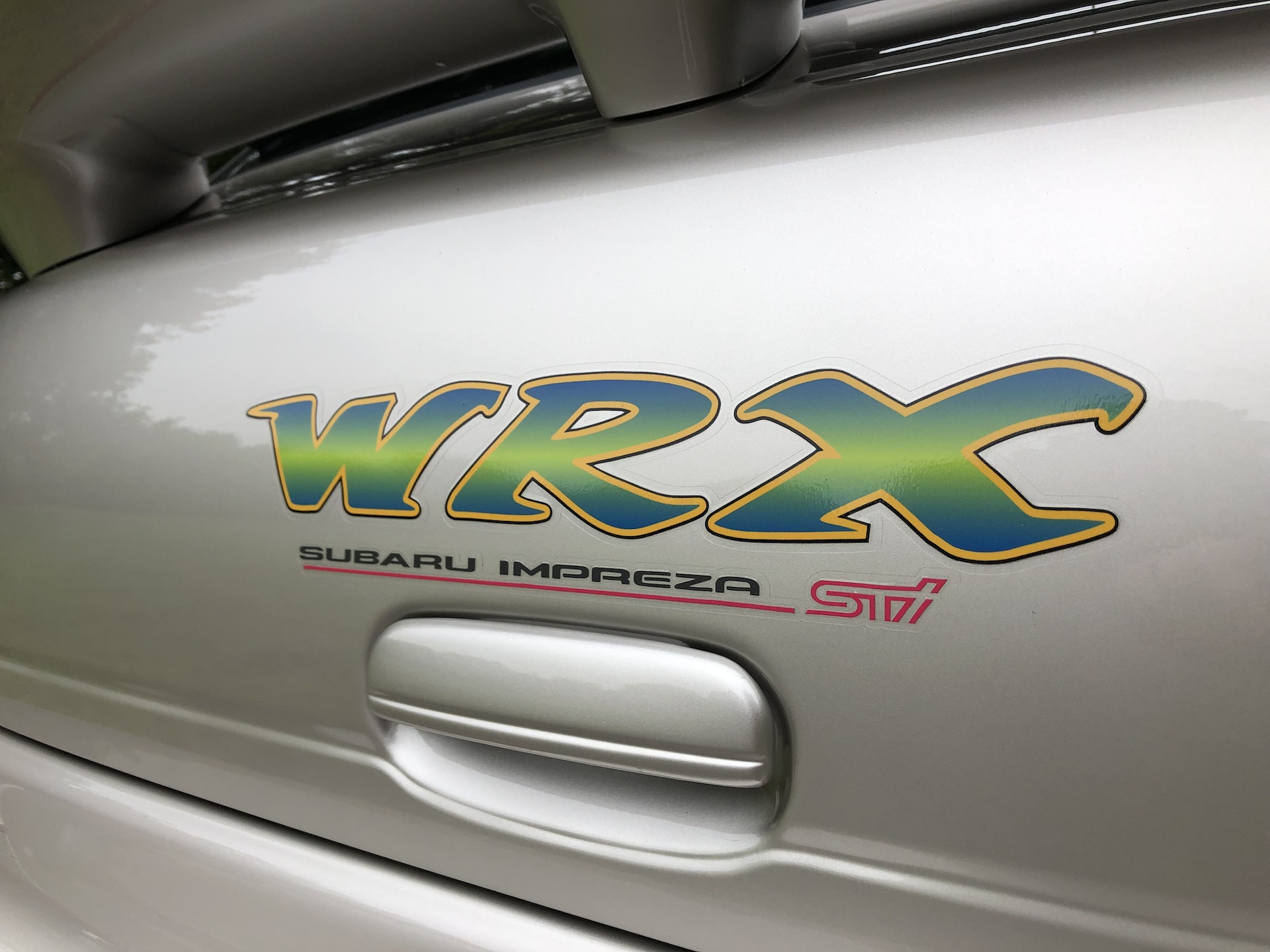 A thorough look around the bodywork of this Impreza WRX STI reveals it to be in outstanding condition. There is no damage or rust on any panels, and the Royal Silver paint finish is virtually unmarked. The underside of the car is straight and solid, and has not been welded. A review of the MOT history shows there have never been any advisories regarding any corrosion. The car sits on the correct set of 16-inch six-spoke gold alloys, which do have some chips in the original paint finish - particularly on the nearside rear wheel. 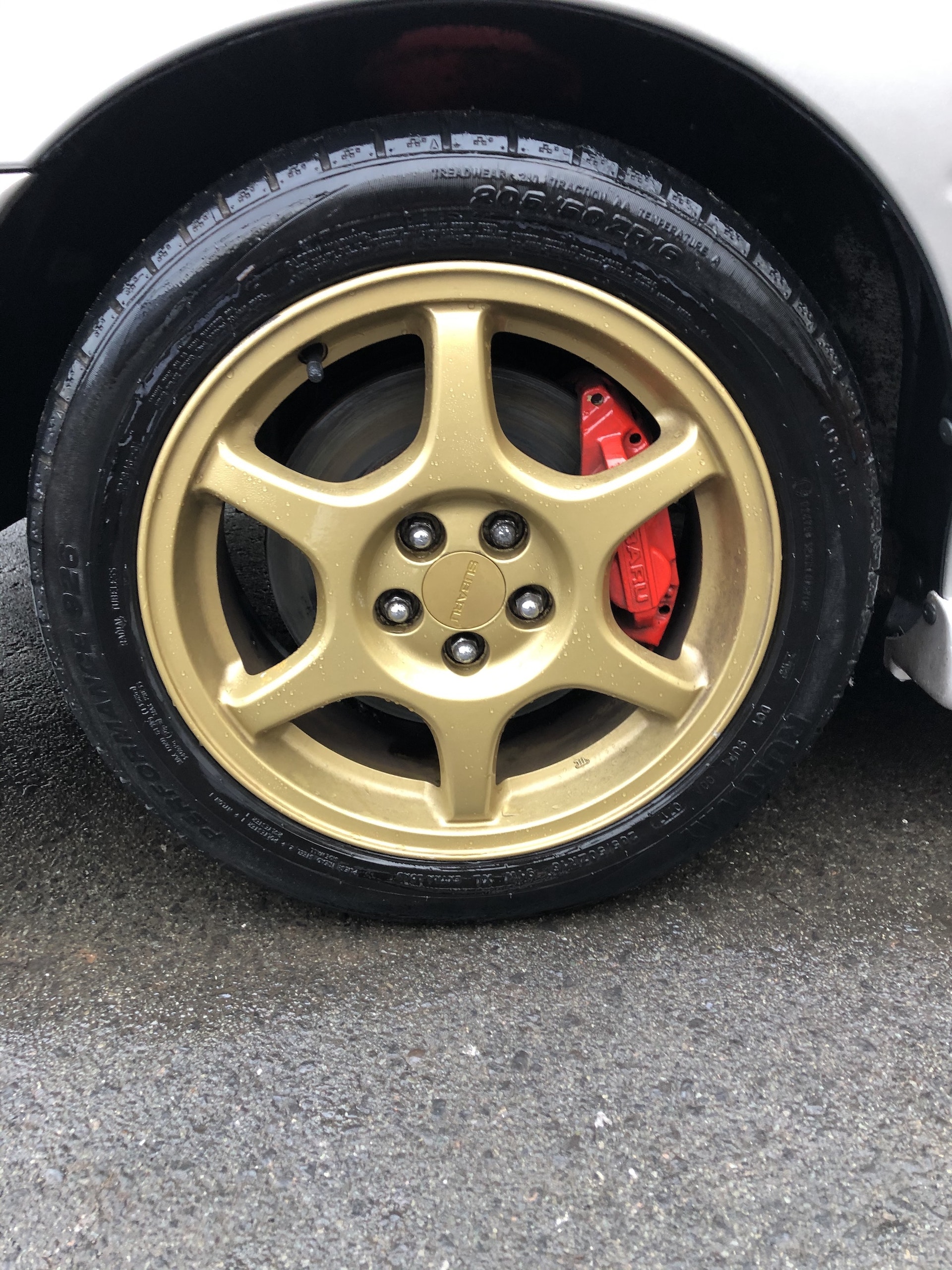 In the cabin, the STi bucket seats are trimmed in black textured cloth with grey suede centre panels, red cloth accents and two-tone stitching. The upholstery remains in great shape, with no rips or tears. The rear seats show only signs of very light use. Elsewhere, there are a few small chips and scuffs in the plastic trims, and notably some gouges in both arm rest handles in the rear door panels, most likely caused by a bulky item being carried in the rear. 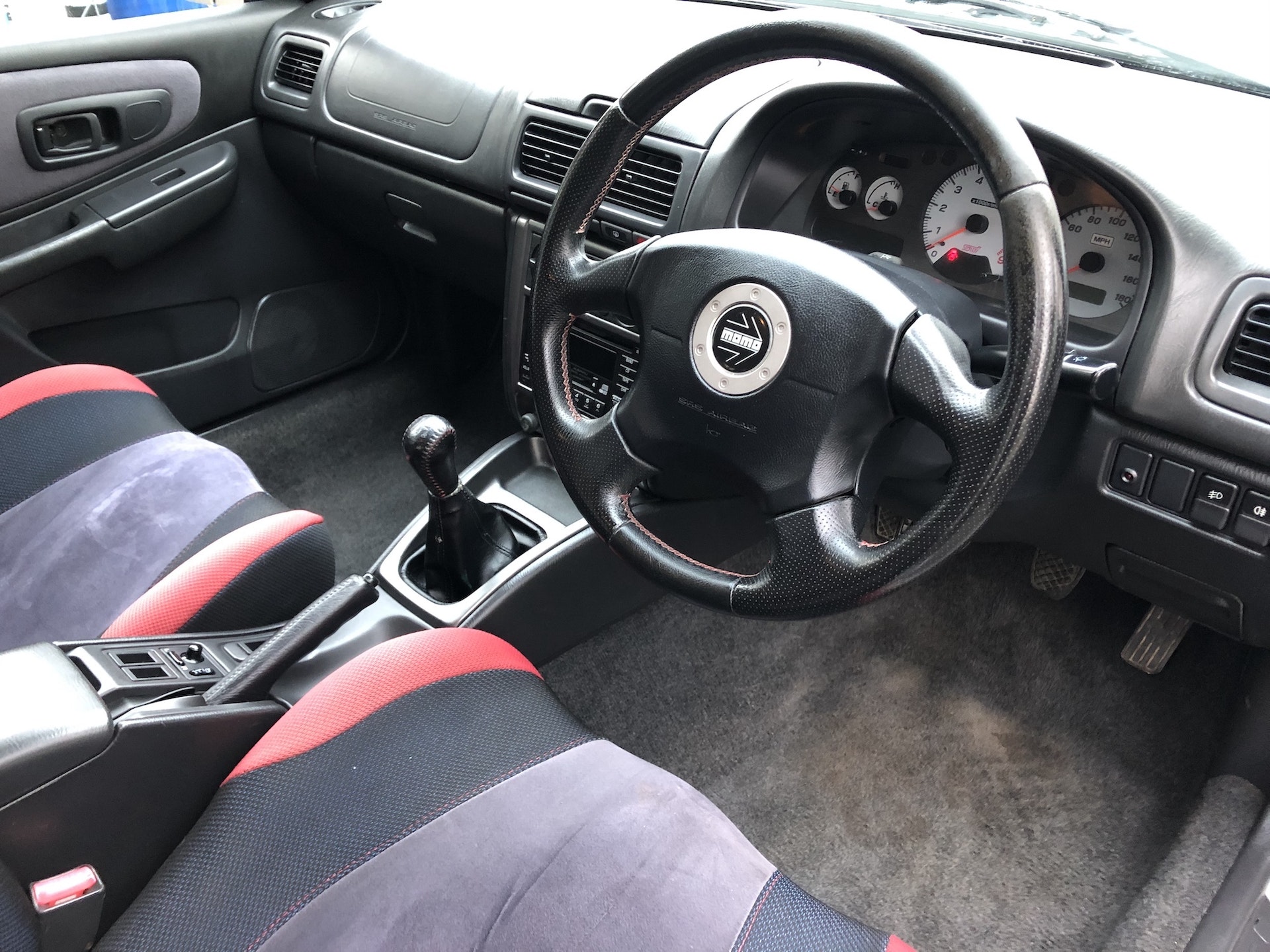 The Momo steering wheel shows only some light wear visible on the rim, and the leather-trimmed gear knob is also original. The white-backed instrument dials are clear and undamaged, and even the factory-fitted radio cassette and CD player unit is still present. There are no electrical faults, and all of the switchgear works as it should. 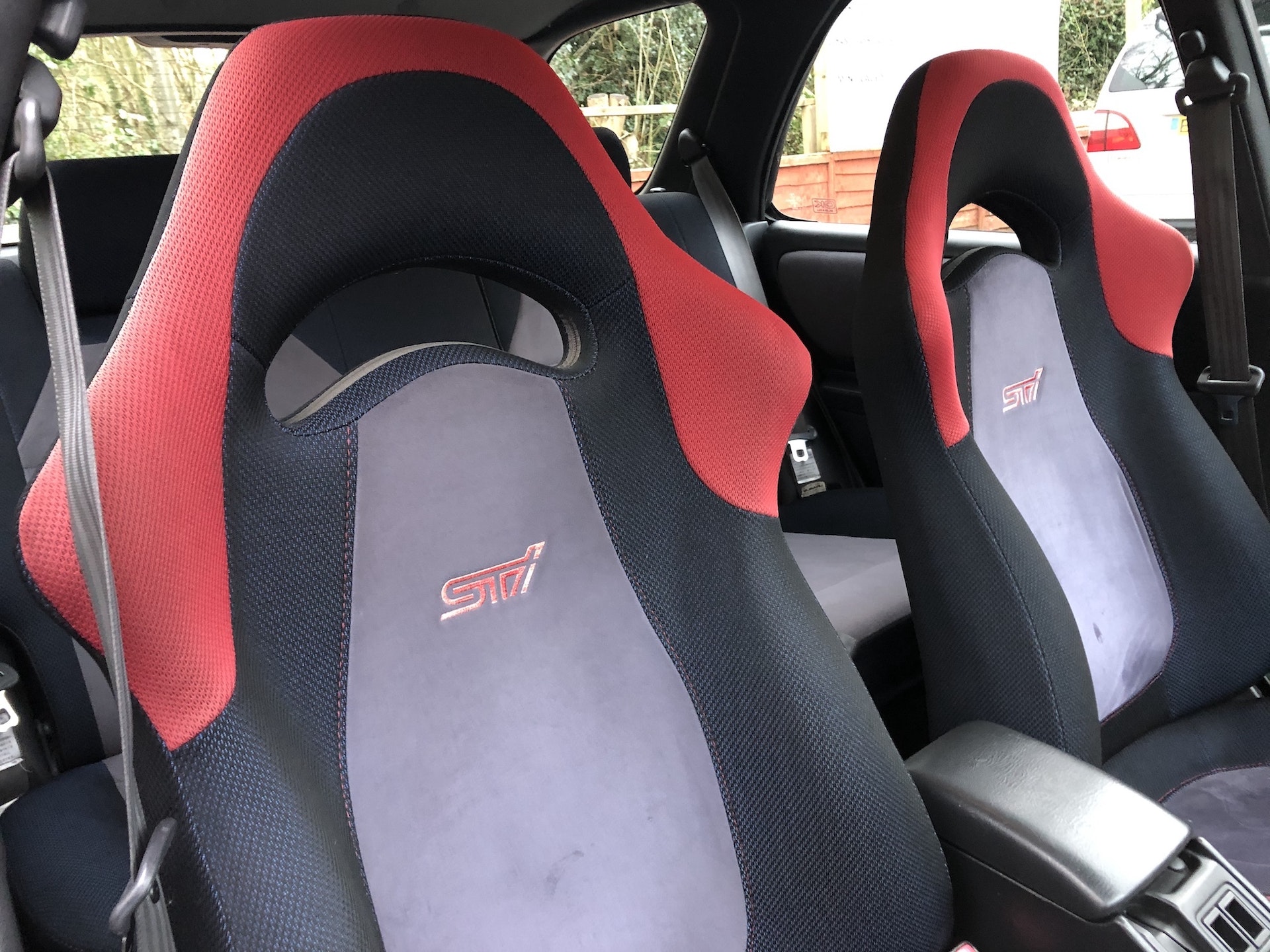 While the engine bay has been left in original and unrestored condition, this is mechanically a strong car that runs and drives sweetly. Its last scheduled maintenance was in June 2019, which comprised of a standard engine oil and oil filter renewal, using a Subaru OEM filter and high-quality Silverline oil. The rocker cover gaskets have also been replaced within the last year, along with the exhaust gaskets. Prior to this, the car was also serviced in June 2018 and November 2017. 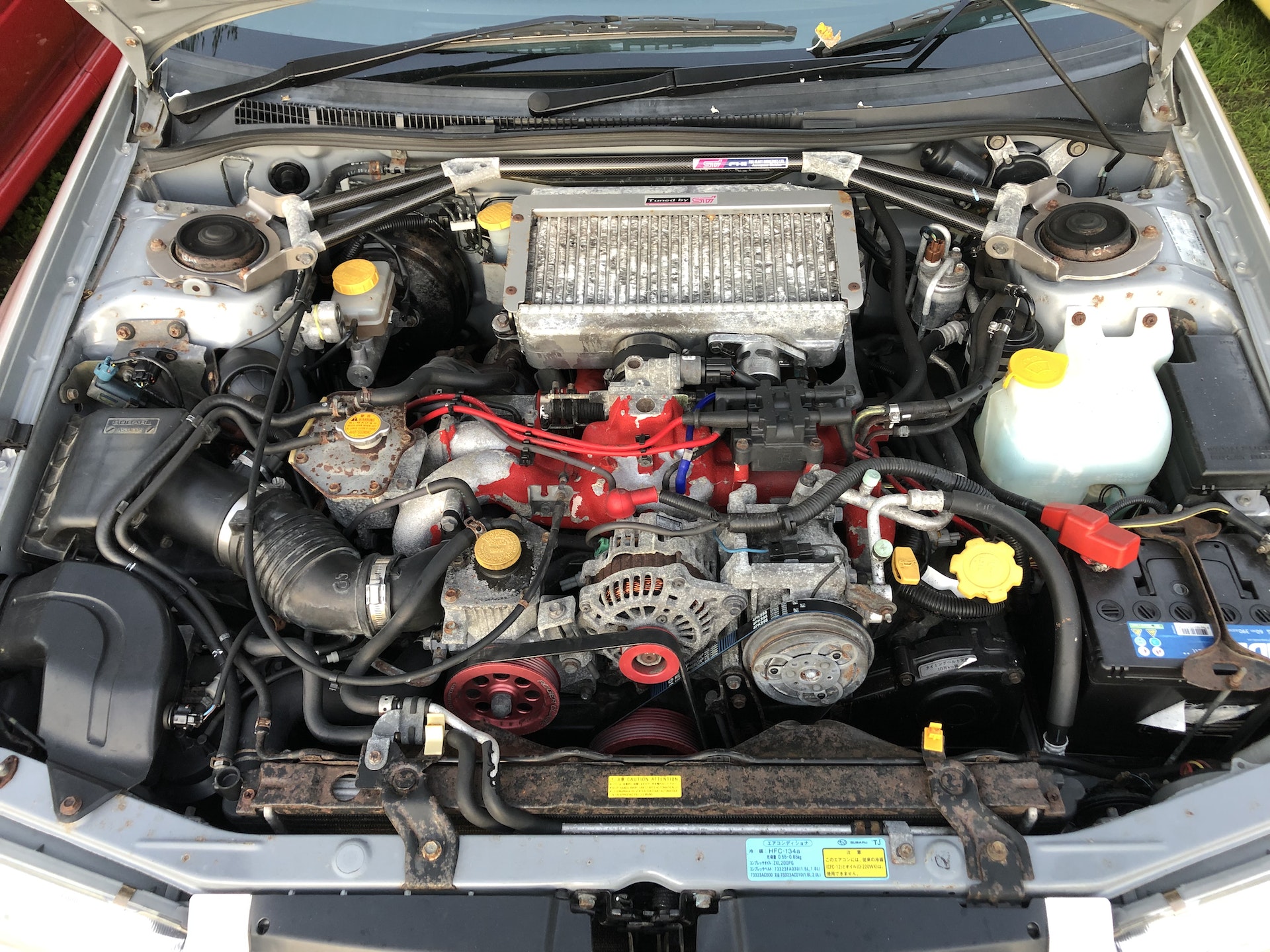 The latter involved a major service, with a complete replacement of the cambelt and all tensioners, a new water pump, a fresh set of spark plugs and new Brembo brake discs and pads all round. The oil, air and fuel filters were all renewed, the brake calipers were refurbished, and a new clutch and flywheel were also installed. Gearbox and differential oils were drained and replaced, along with fresh coolant, and new hoses. More recently, the car 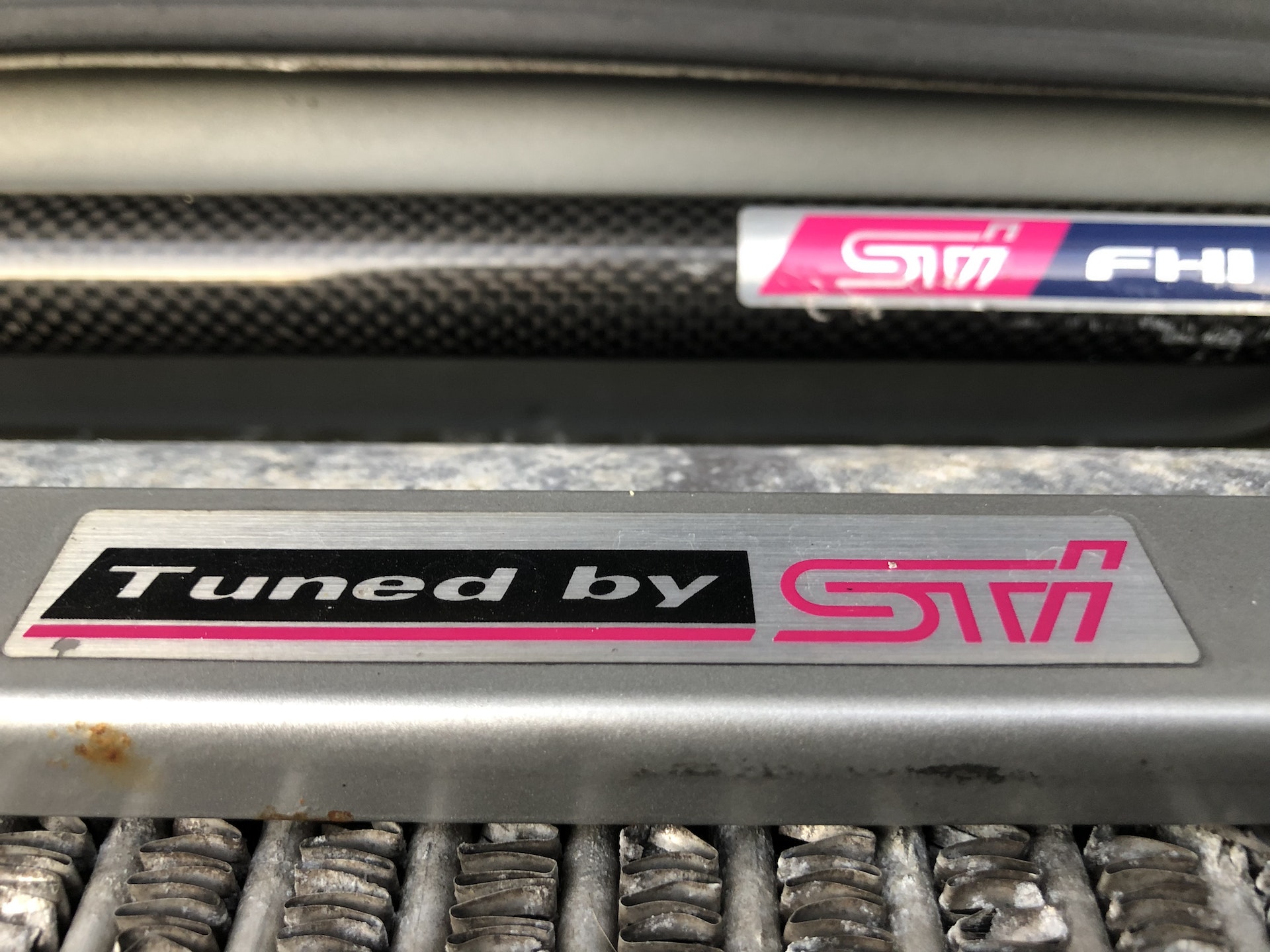 Its most recent MOT test was on 20 November 2019, which resulted in a first-time pass with no advisories whatsoever. The alloys are fitted with a set of budget brand performance tyres, in size 205/50 ZR16. The tyres are date-coded to 2017 and are still in sound condition with plenty of tread remaining. 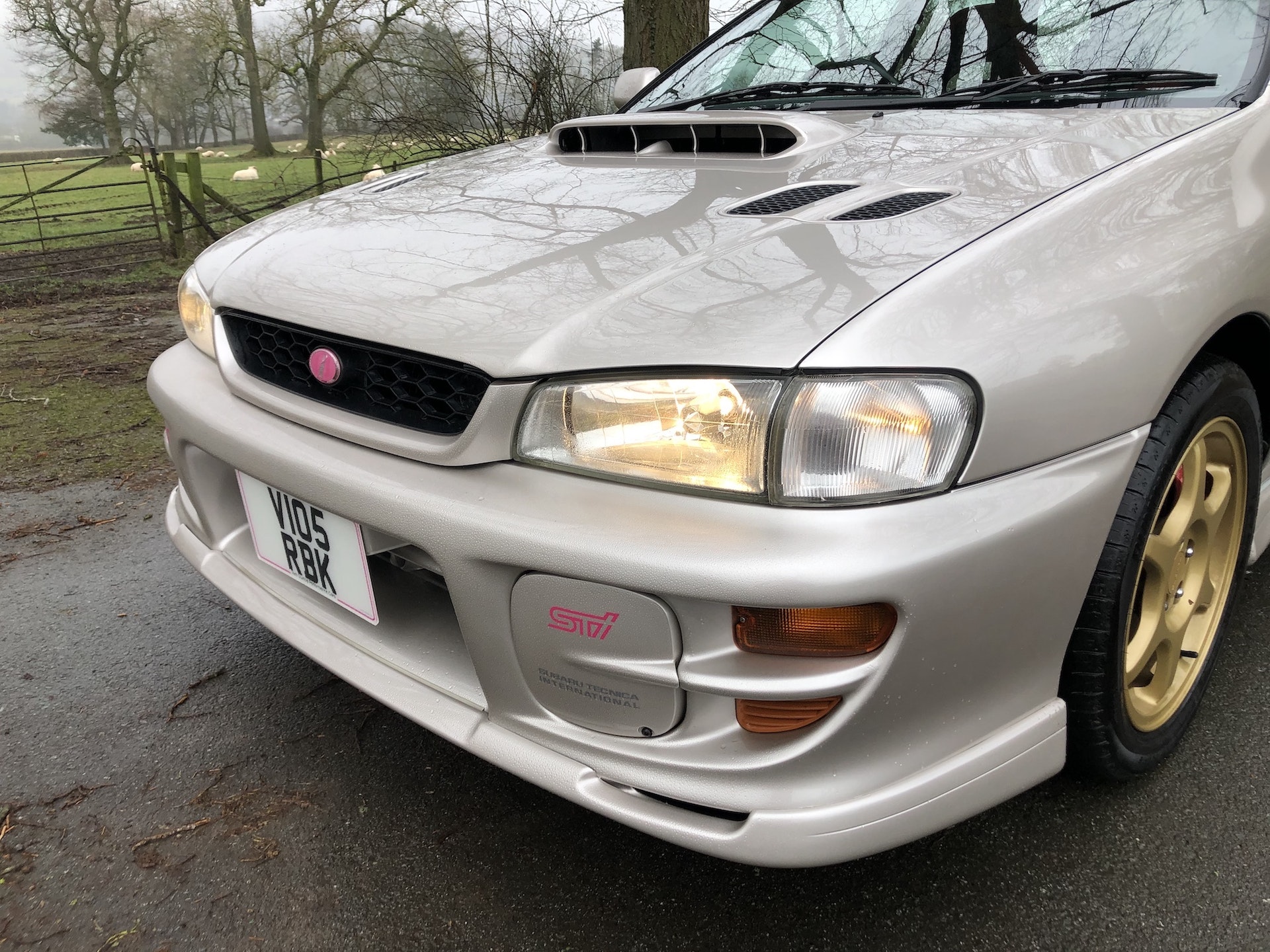 Accompanying the car is the original owner’s manual and stamped maintenance book, along with a raft of sales receipts and service invoices. The dealer vendor has a full and clear HPI report with the car as well. 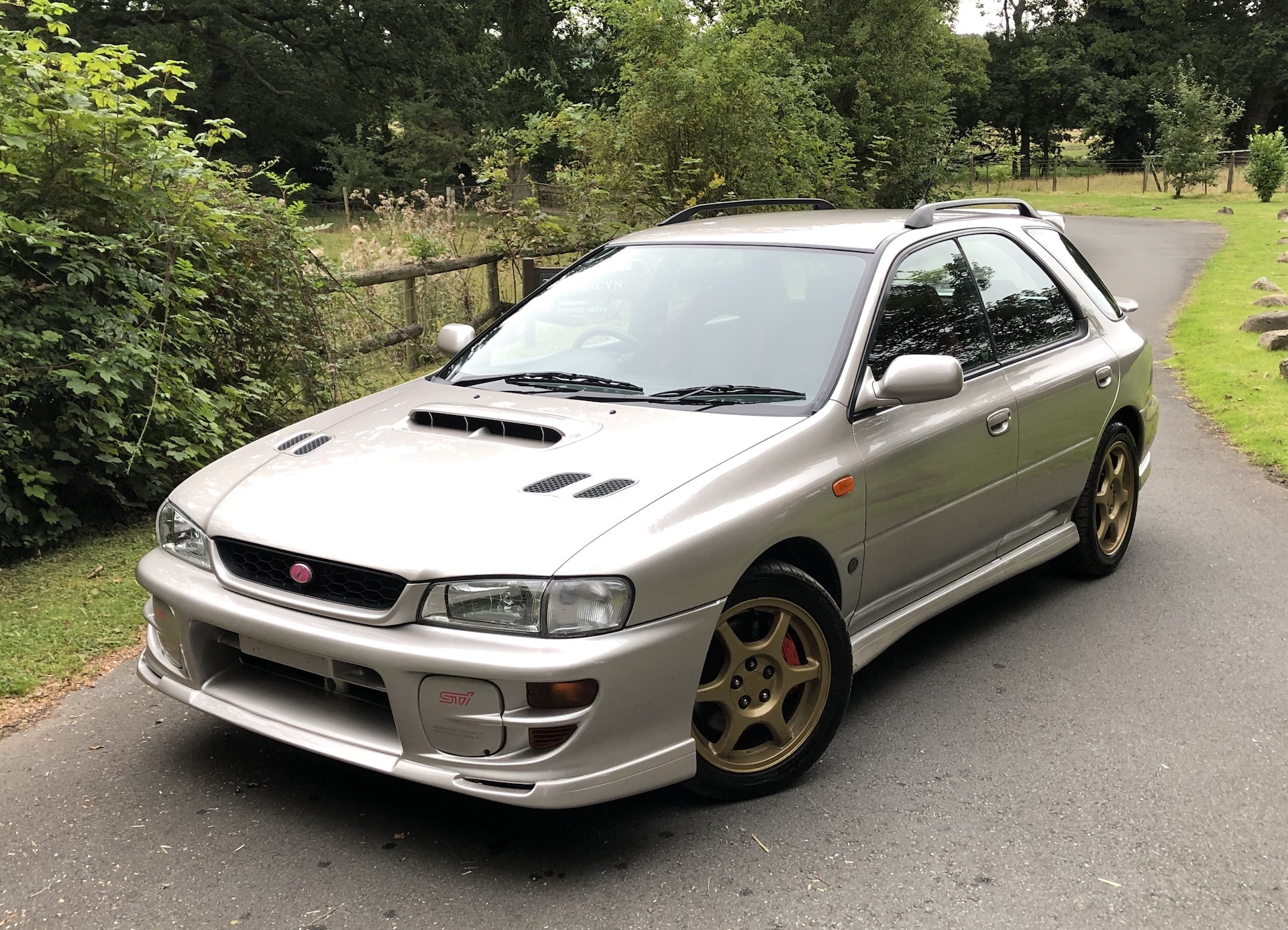 This Subaru Impreza WRX STI is among the last examples of the first-generation model, and as a limited-run Version 6 car it is undoubtedly a collectable modern classic. There is very little that needs improving, save for cosmetic rejuvenation of the engine bay and refurbishment of the alloys, and this Impreza WRX STI remains a highly original and unmolested car. It is becoming increasingly hard to find models of this era presented in their original factory specification and in such good order, so this is an opportunity not to be missed.