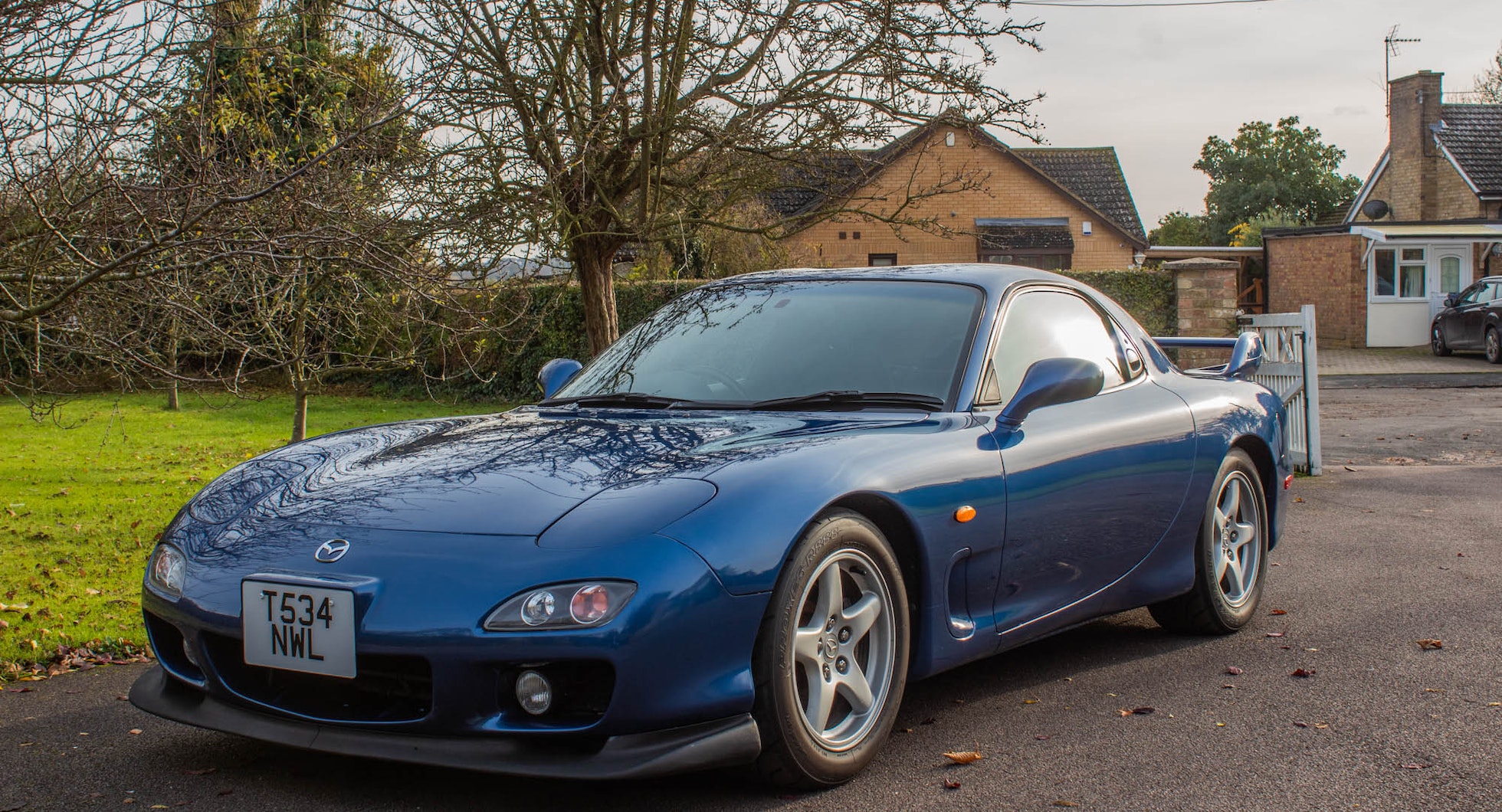 This 1999 Mazda RX-7 Type RB is a sought-after Japanese performance car, presented in superb and highly original condition. It is powered by the 261bhp 1.3-litre sequential twin-turbocharged and twin-rotor 13B-REW Wankel engine, driven through the rear wheels via a five-speed manual transmission and limited-slip differential. The odometer indicates 65,244 km (40,540 miles) from new, which is believed to be correct. 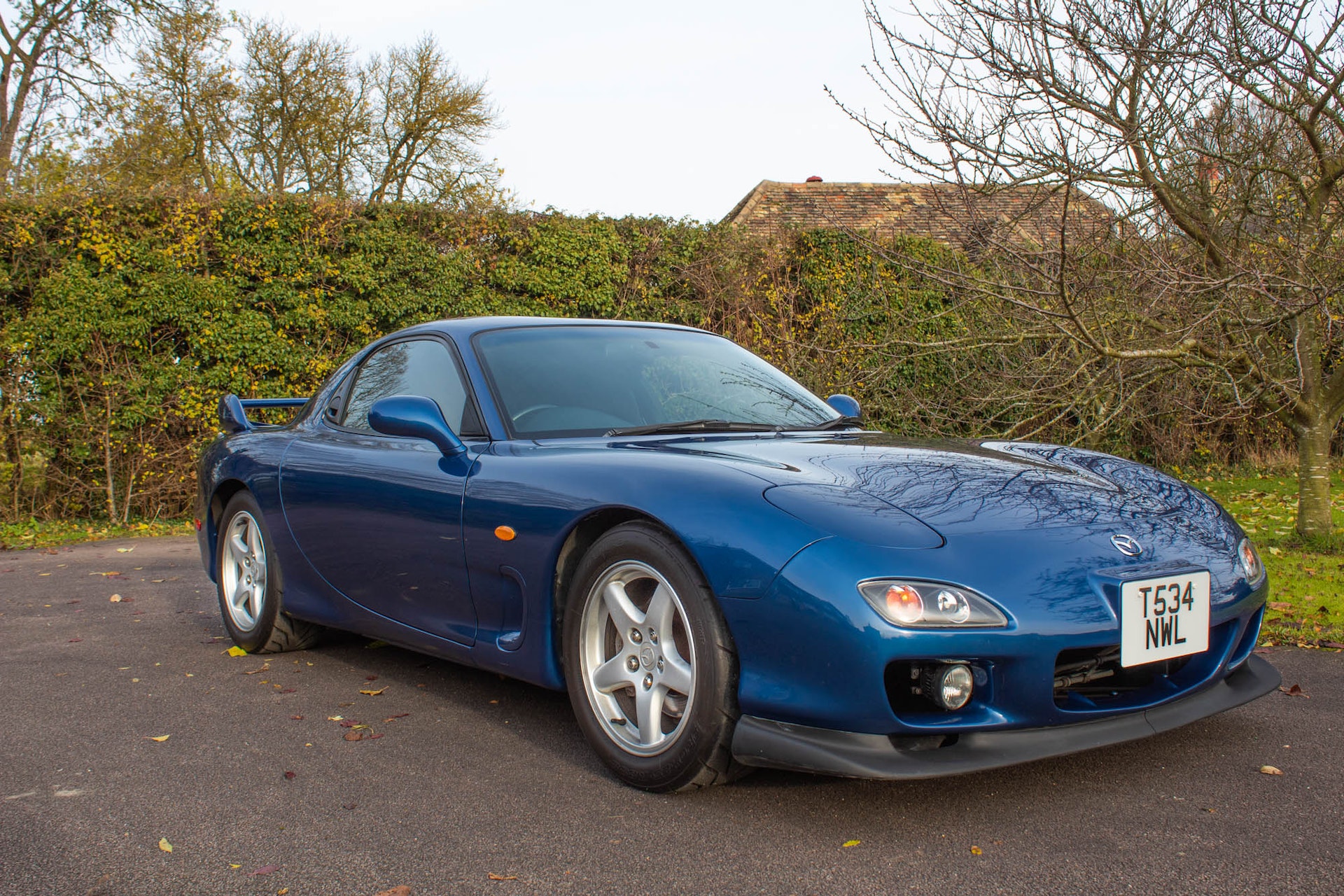 As a ‘Series 8’ model, which was only available in the Japanese market, this RX-7 features improved cooling thanks to the revised bumper with larger intake openings. The seats were also upgraded, along with the instrument cluster and steering wheel - the latter was a three-spoke Nardi item unique to the 1999 model, which this car retains. It also features an adjustable rear wing. 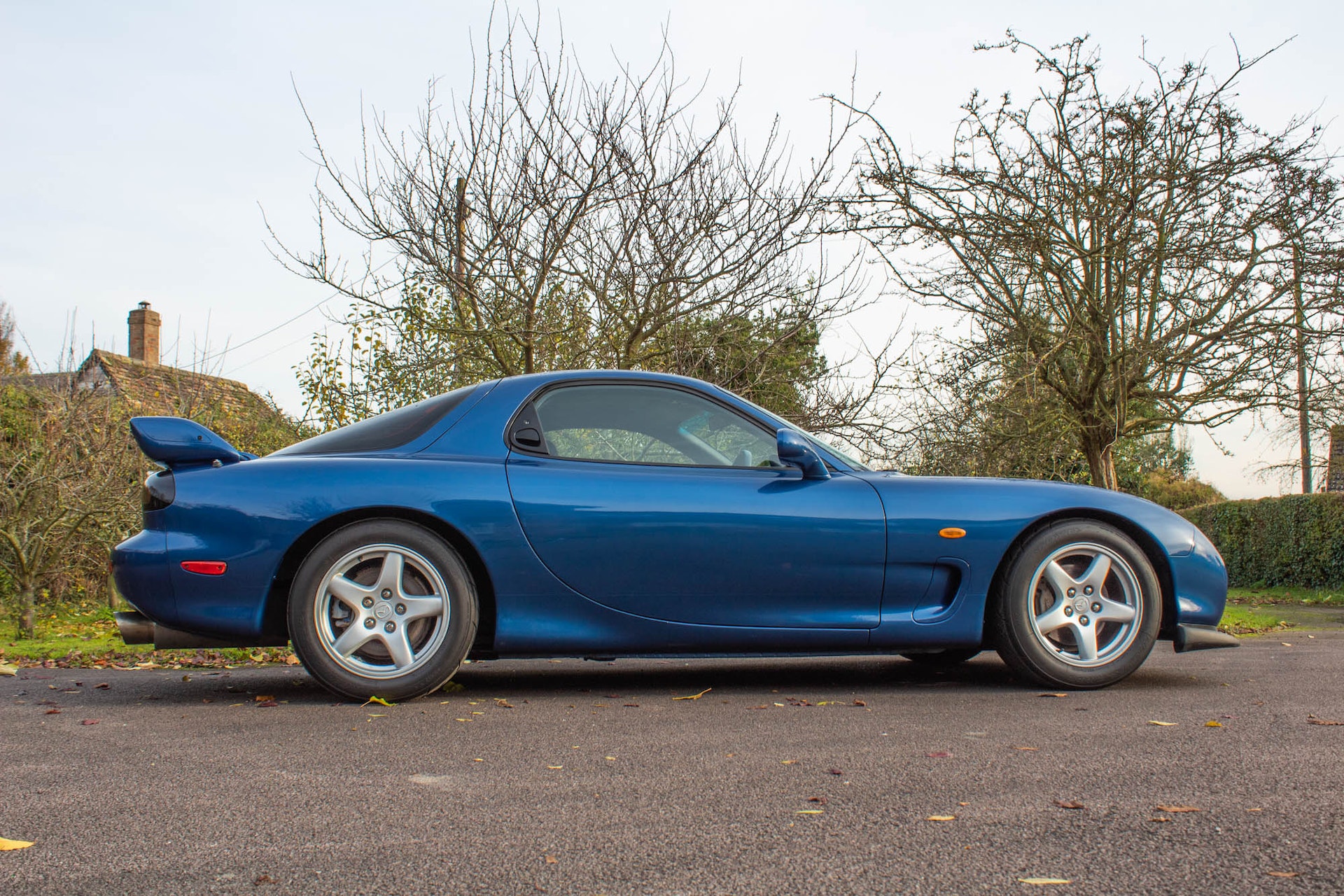 An original right-hand drive example, this car was first registered in Japan on 23 July 1999. It was evidently used only as an occasional car in its early life, with just 40,117 km (24,927 miles) on the odometer after eight years on the road. It was imported to the UK in 2018, and has been owned by the vendor for the last year, who has enjoyed nearly 3,000 miles behind the wheel. 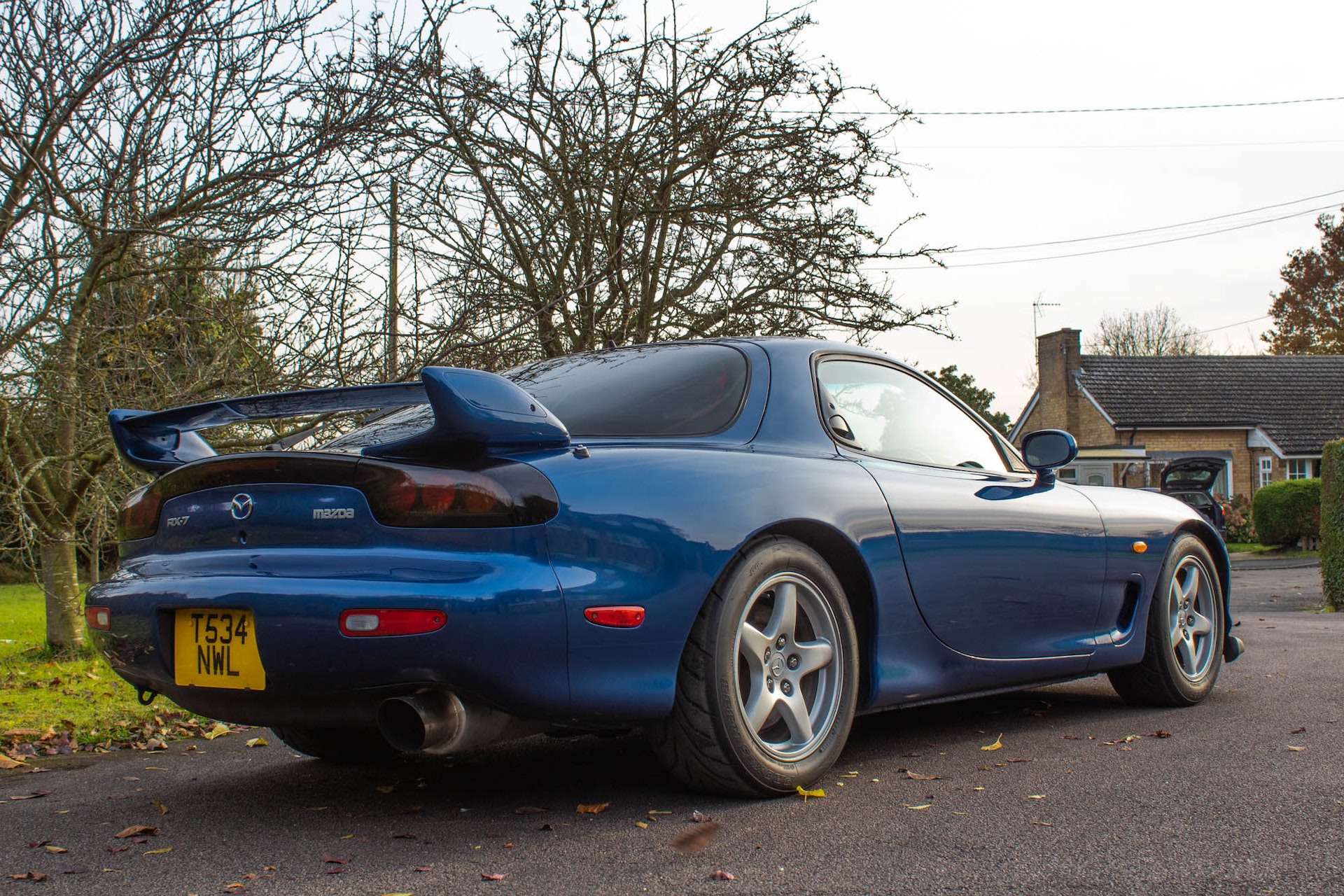 The RX-7 is a popular car within the tuning community, so it is very rare to find an example as original as this car. The suspension has been upgraded with a Blitz ZZR adjustable coilover kit, and the exhaust has been swapped out for a cat-back JDM Kakimoto Racing item. However, the original Mazda exhaust is also included in the sale, should the next owner wish to change it back. Its factory-fitted plastic air separator tank, which is a common failure point on the RX-7, has also been upgraded to an aluminium tank. 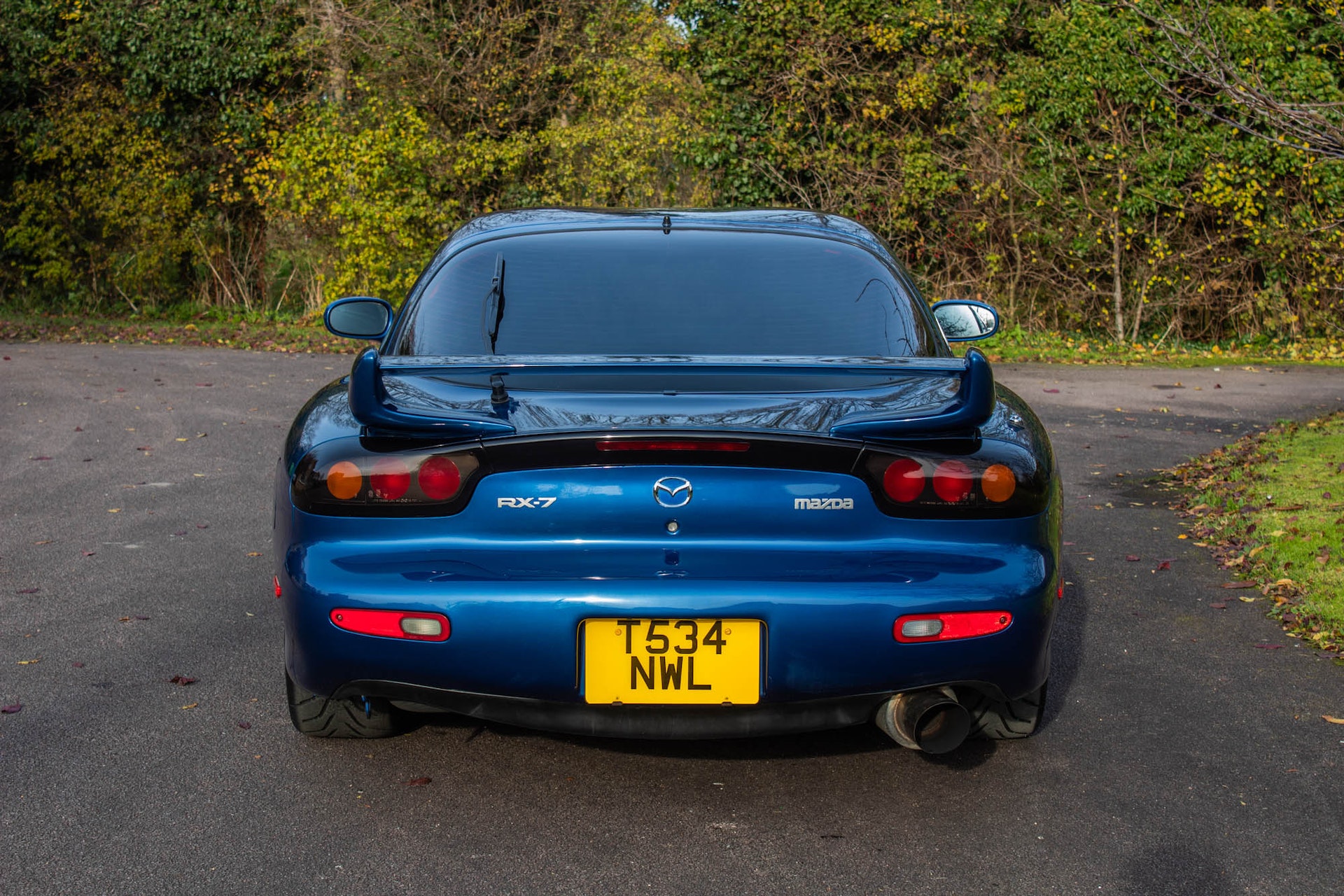 Its bodywork is in superb condition, and the Innocent Blue Mica paint presents very well indeed. The vendor suspects that the front bumper, wing mirrors and headlight pods have been repainted in the past to rectify stone chips, but otherwise the finish is believed to be original. A solitary stone chip on the bonnet and a minor, almost imperceptible, scratch on the offside rear wing are the only blemishes noted by the vendor. The car sits on the original 16-inch Mazda five-spoke alloy wheels, which are all in superb condition. 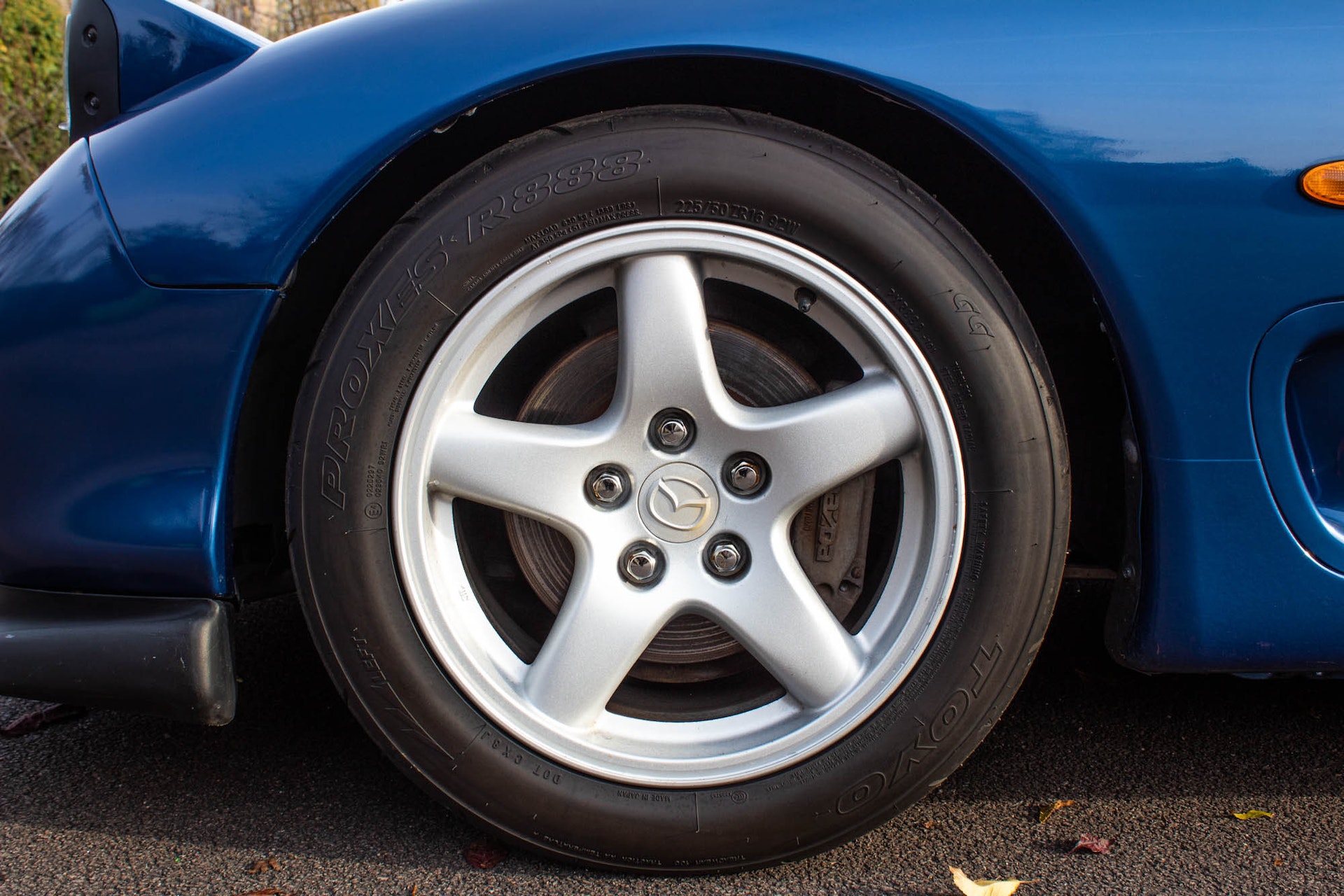 Given the mechanical originality, it is perhaps unsurprising to find that the interior is in similarly unmolested and impressive condition. The black cloth upholstery is in good order, with only light wear from use as you would expect. The steering wheel, gear knob and handbrake lever are the original items, with the only upgrade from factory specification being the Bluetooth-enabled Sony stereo head unit. 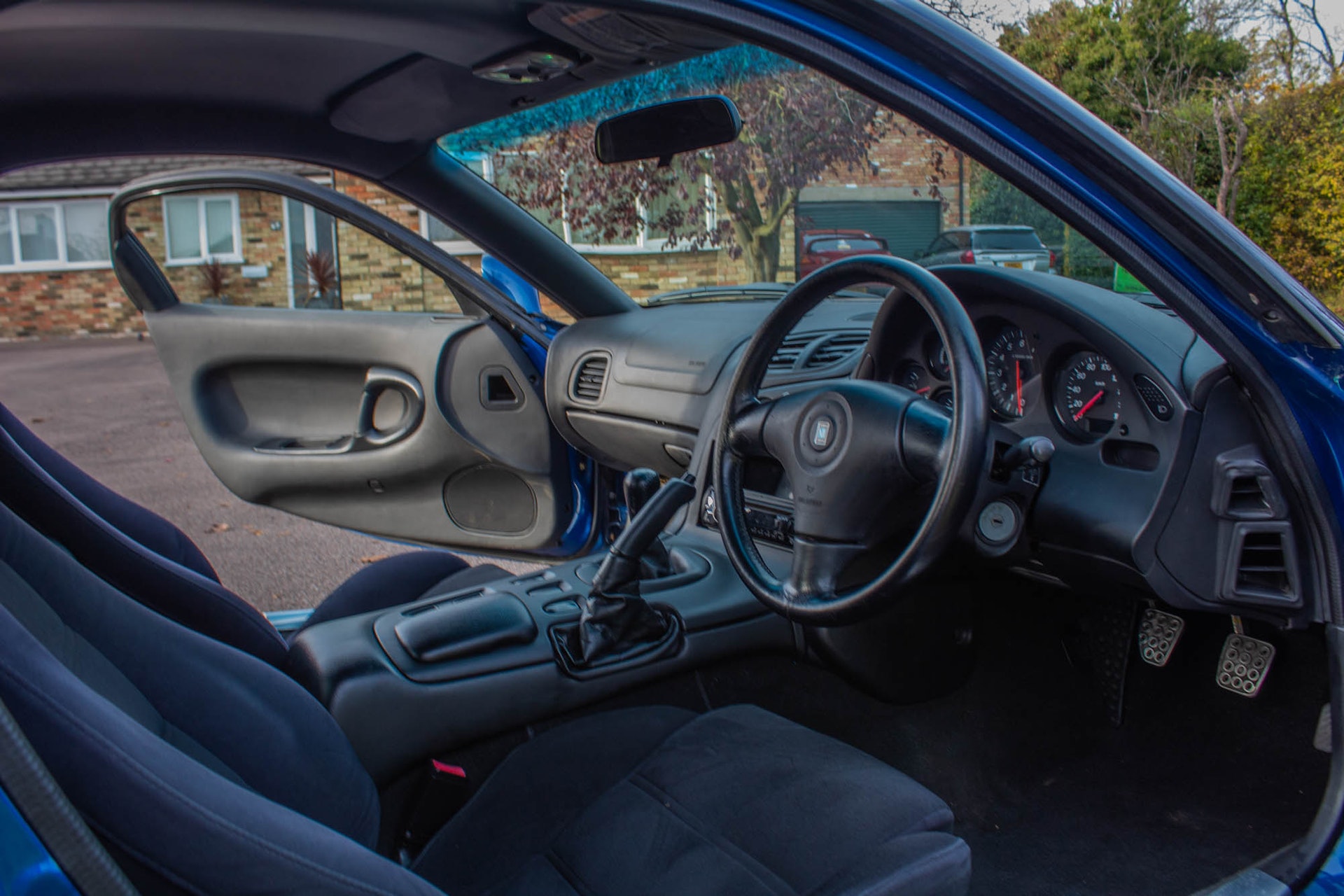 The metal sill plates have evidently taken a lot of scuffs that they were designed for, and are inexpensive to replace should the next owner desire. At the back of the car, the boot lining is in great shape, though there are some scuffs on the plastic trims and the boot rubbers are visibly worn. An original space-saver spare wheel is stored under the boot floor. 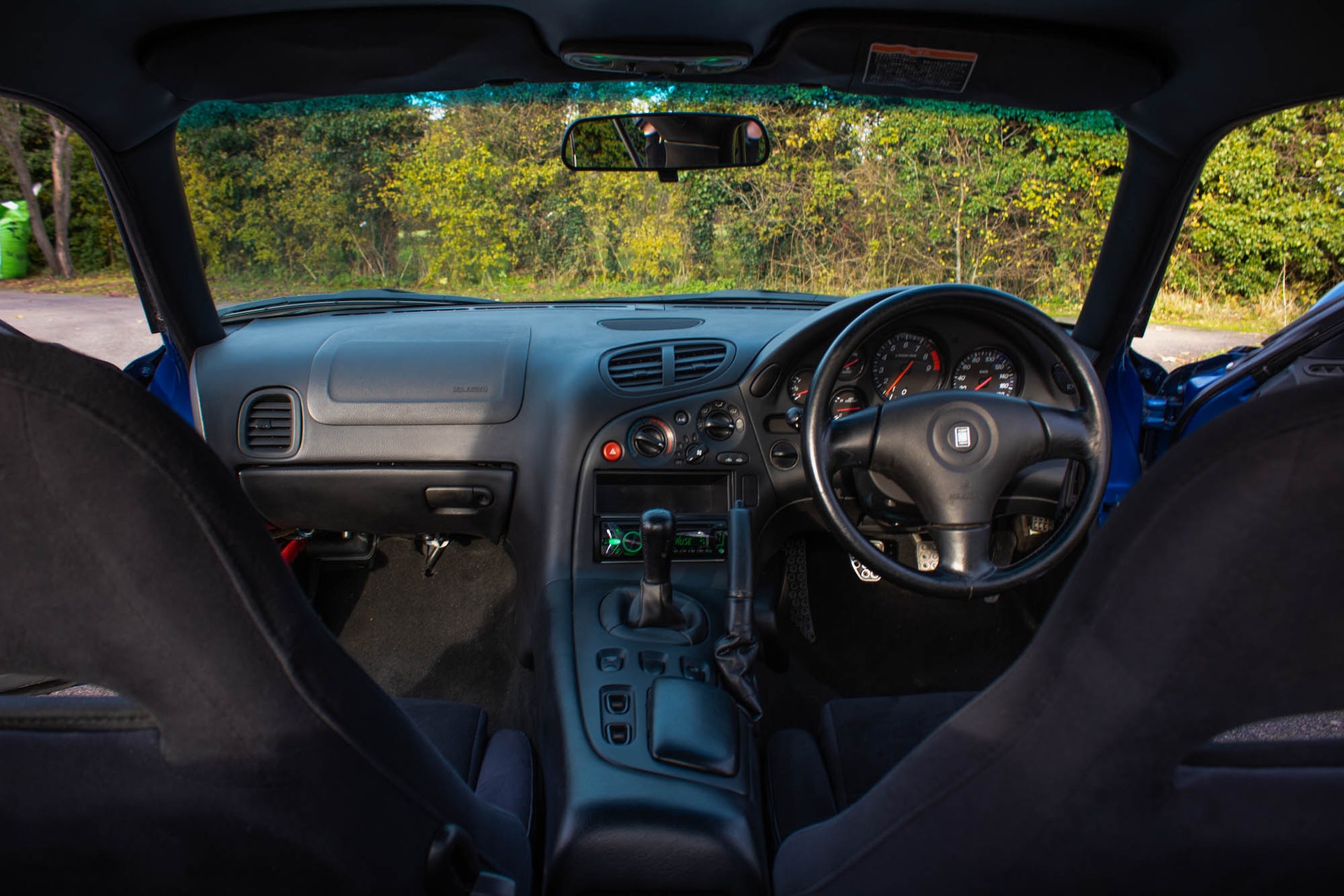 This RX-7’s engine bay is very clean, and evidently reflects the care with which previous owners have treated it. The last scheduled maintenance was in February 2019 at rotary engine specialist 13Black Rotorsport, which comprised an engine oil and filter service, as well as replacement of the air filter, coolant, gearbox and differential oils, and spark plugs. A compression test was also carried out, which resulted in ‘Excellent’ grades for all three faces of both rotors (front rotor at 7.5 / 7.4 / 7.6 kg/cm2, rear rotor at 7.8 / 7.9 / 7.7 kg/cm2). 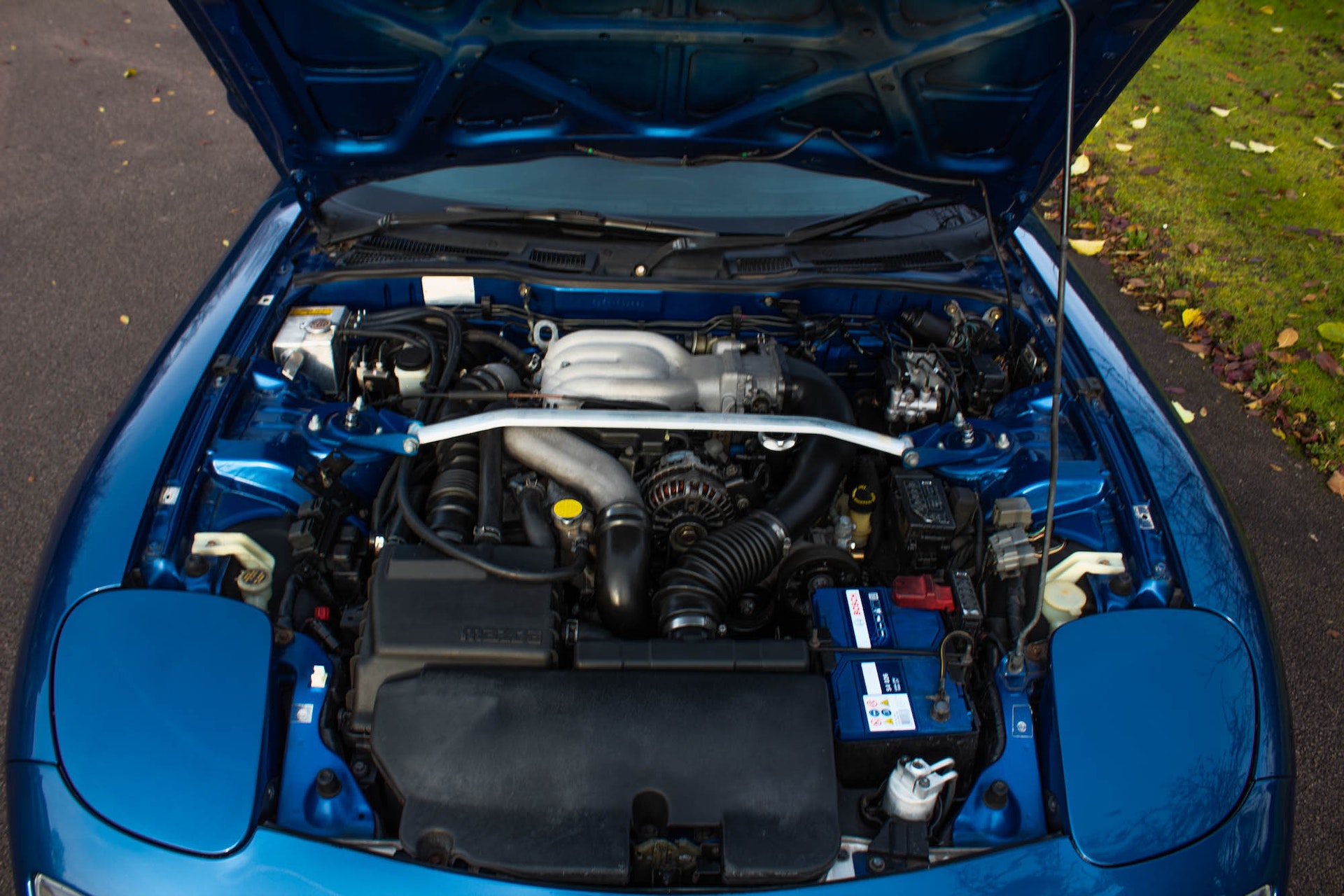 During the vendor’s ownership, numerous other items have been renewed, including the front light clusters, intake tubing and intake O-ring. The turbocharger assembly has also been inspected and cleaned out. 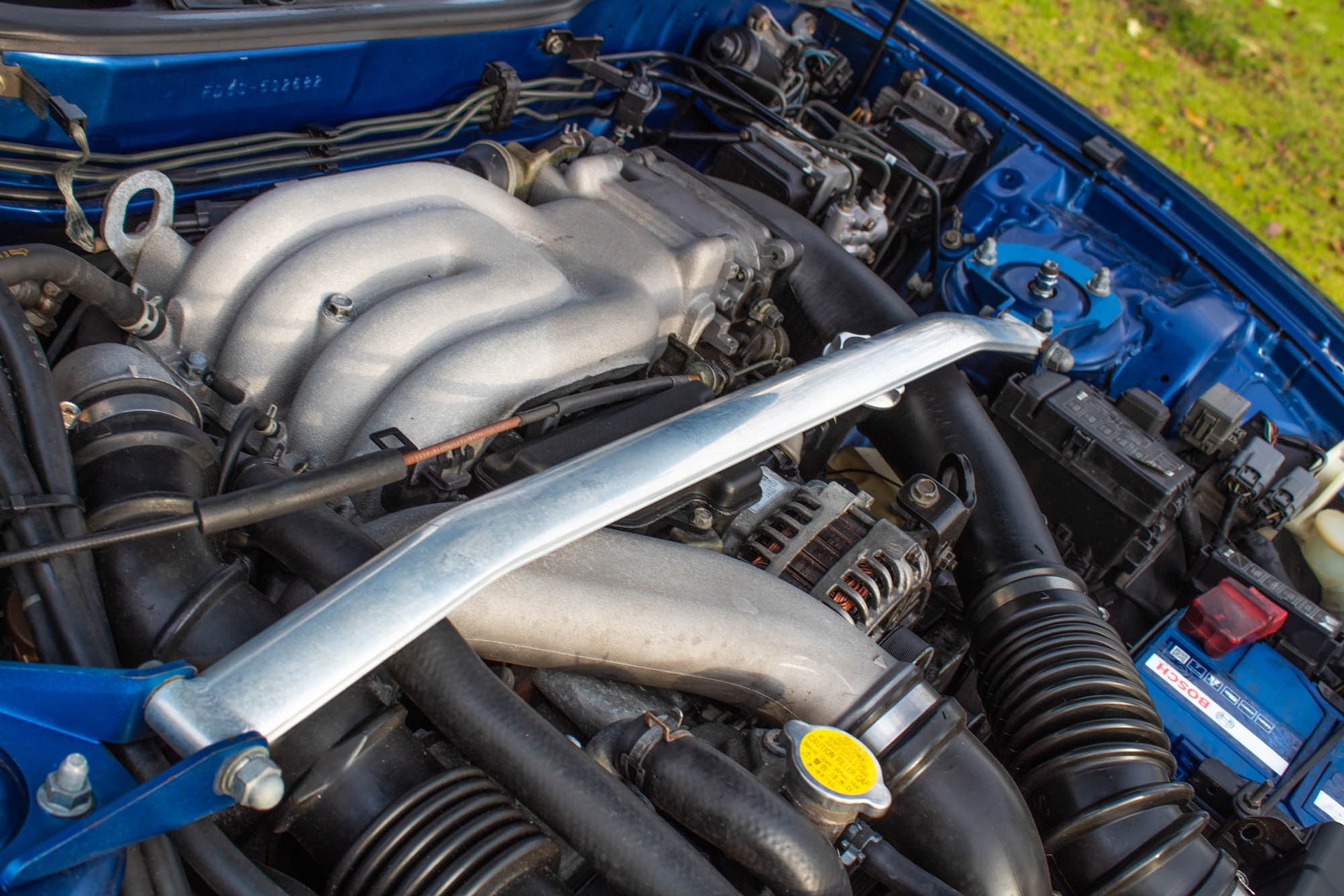 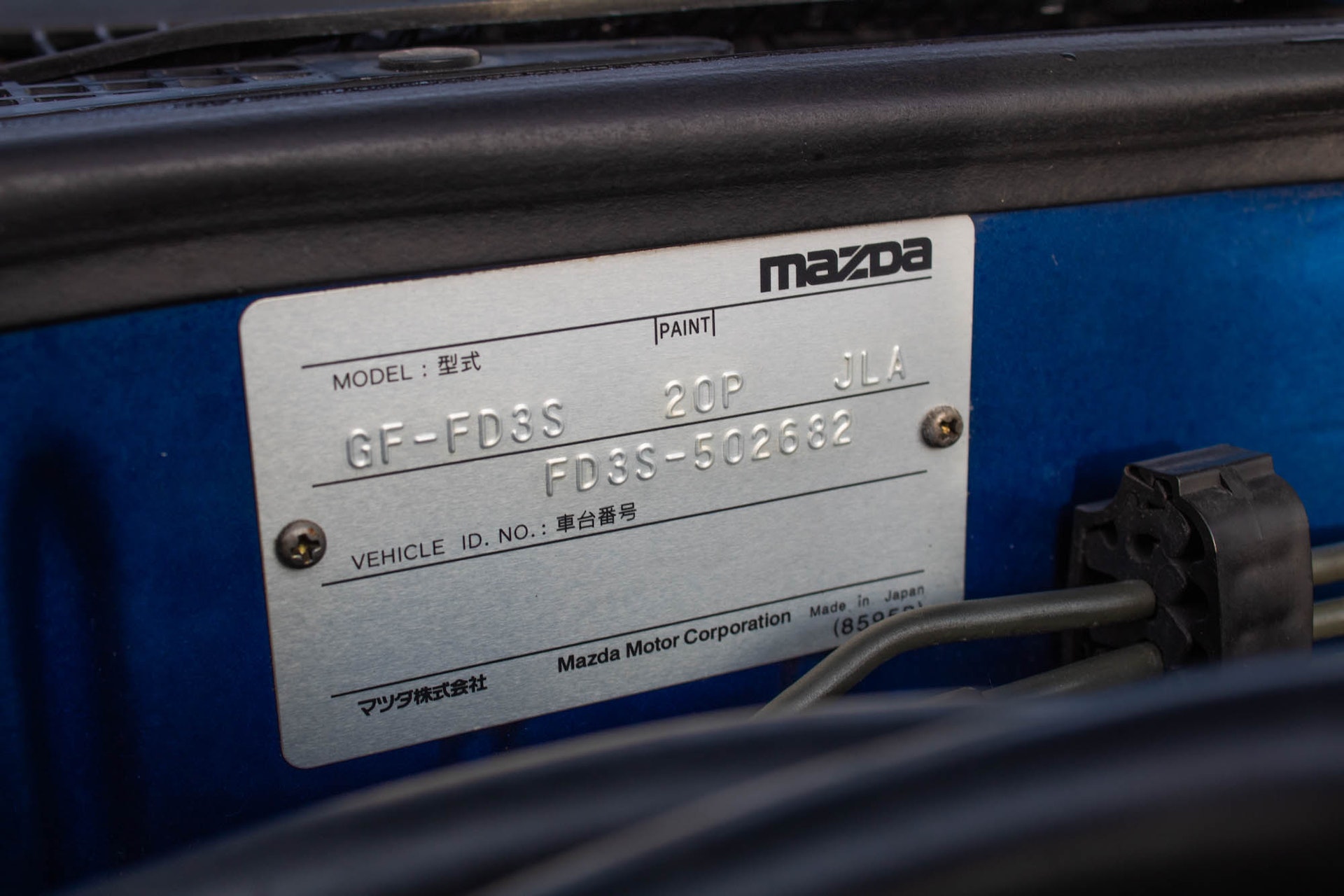 The alloy wheels are fitted with a set of Toyo Proxes R888 tyres in size 225/50 ZR16 all round. They were fitted in April 2019 as a fresh set, but are date-coded to 2016 as the year of manufacture. Each of the tyres has around 5mm of tread remaining. 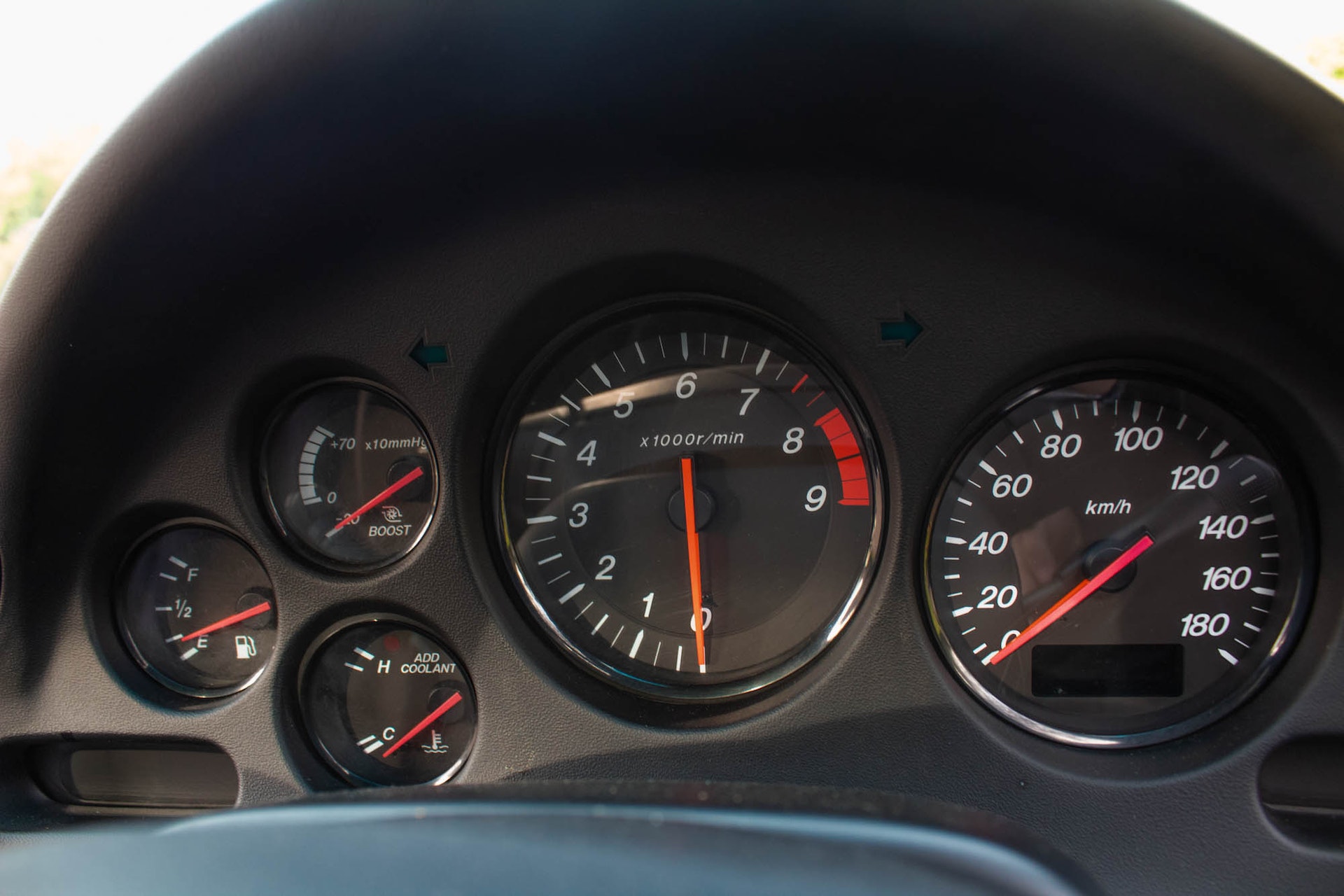 Accompanying the car is the original owner’s manual, maintenance record, dealer directory and even the Japanese specification road flare. 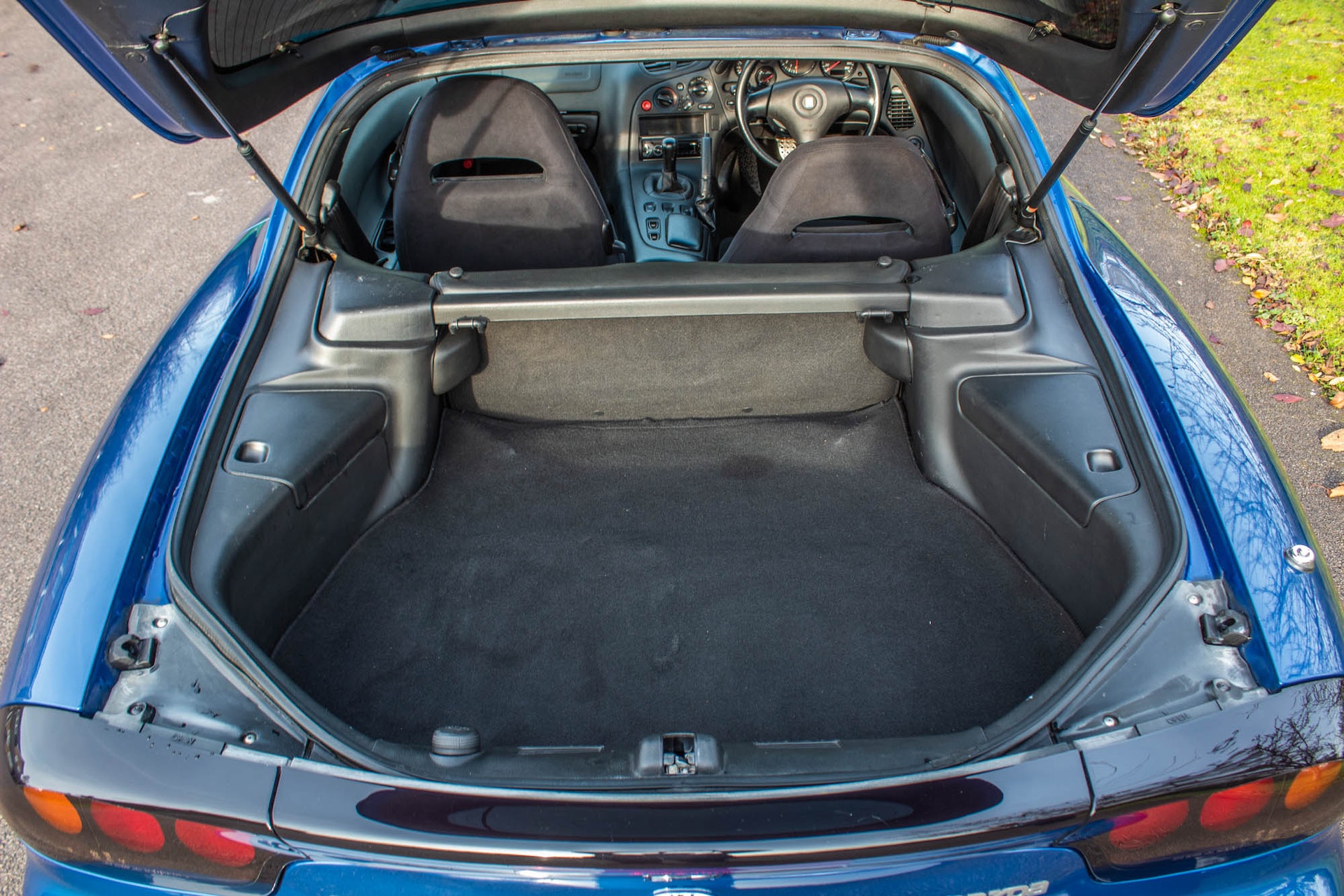 Writing about the third-generation RX-7 in a recent buyer’s guide, Autocar magazine stated: “The RX-7 is a good-looking, high-performance, fine-handling sports car for the money - and there's no reason to be scared of its rotary engine”. Indeed, while weak compression can be an issue with its engine, this car benefits from the recent inspection in 2019 that showed that the twin rotors are in great shape. 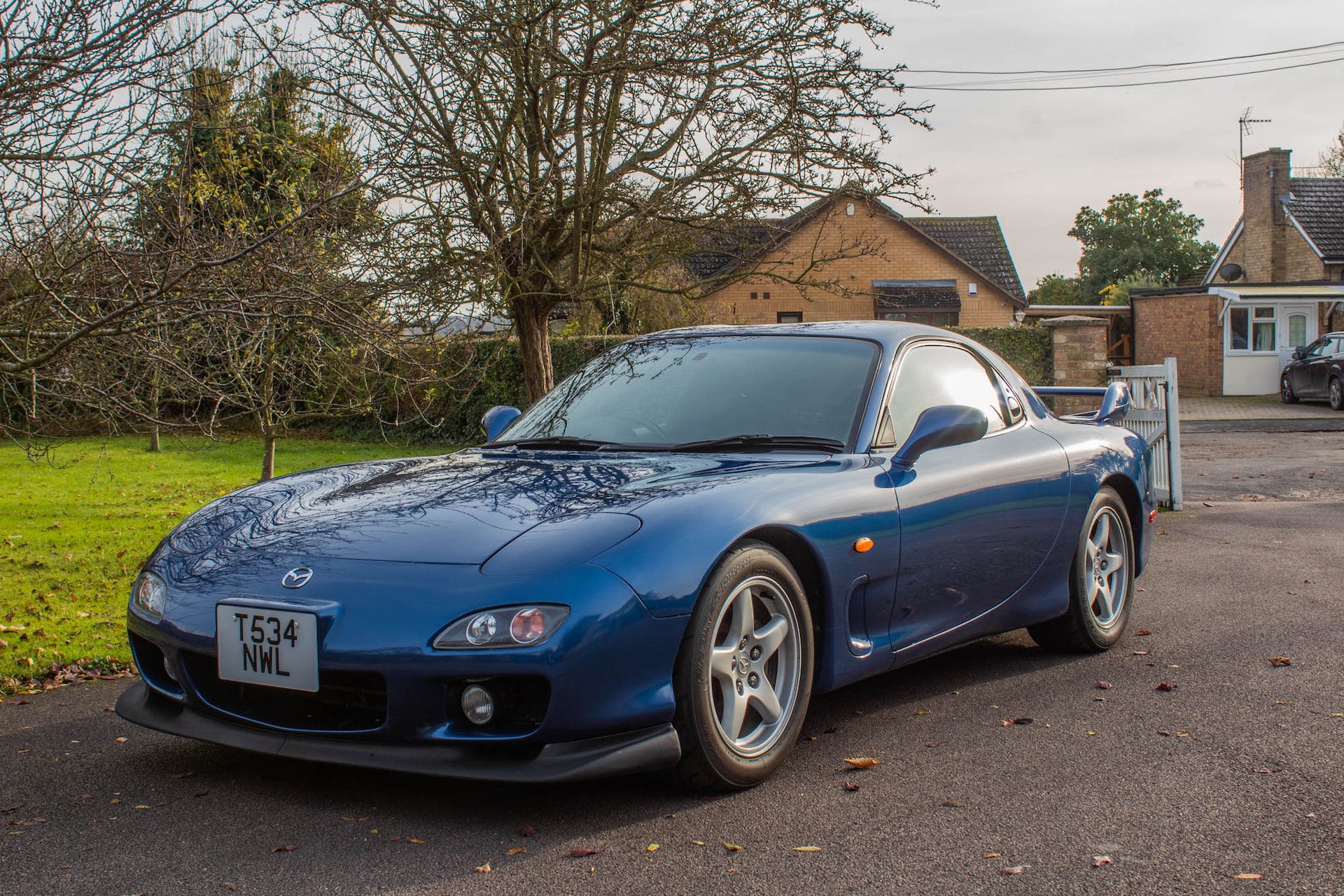 This Mazda RX-7 is an impressive and highly original example of the desirable Type RB model. Benefitting from a usefully higher power output than the earlier European specification cars, not to mention a more purposeful aesthetic, this Japanese performance car is an undisputed modern classic that is ready to drive and enjoy.

Summary of maintenance history on file: