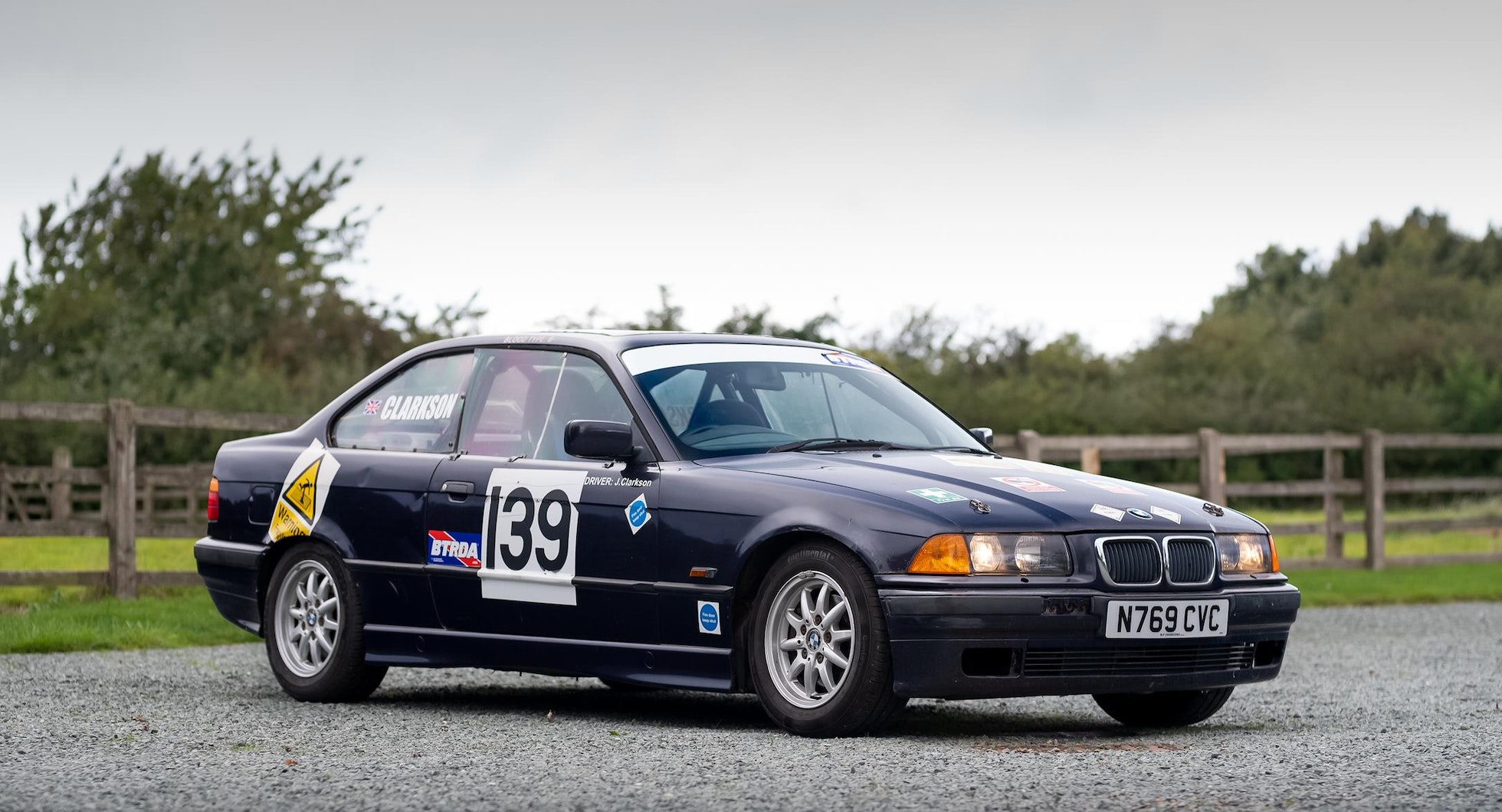 This 1996 BMW 328i is an exciting rallycross car that was prepared for and raced by Jeremy Clarkson in the Top Gear TV show. It is powered by a 190bhp 2.8-litre straight-six petrol engine, driven through a five-speed manual transmission. 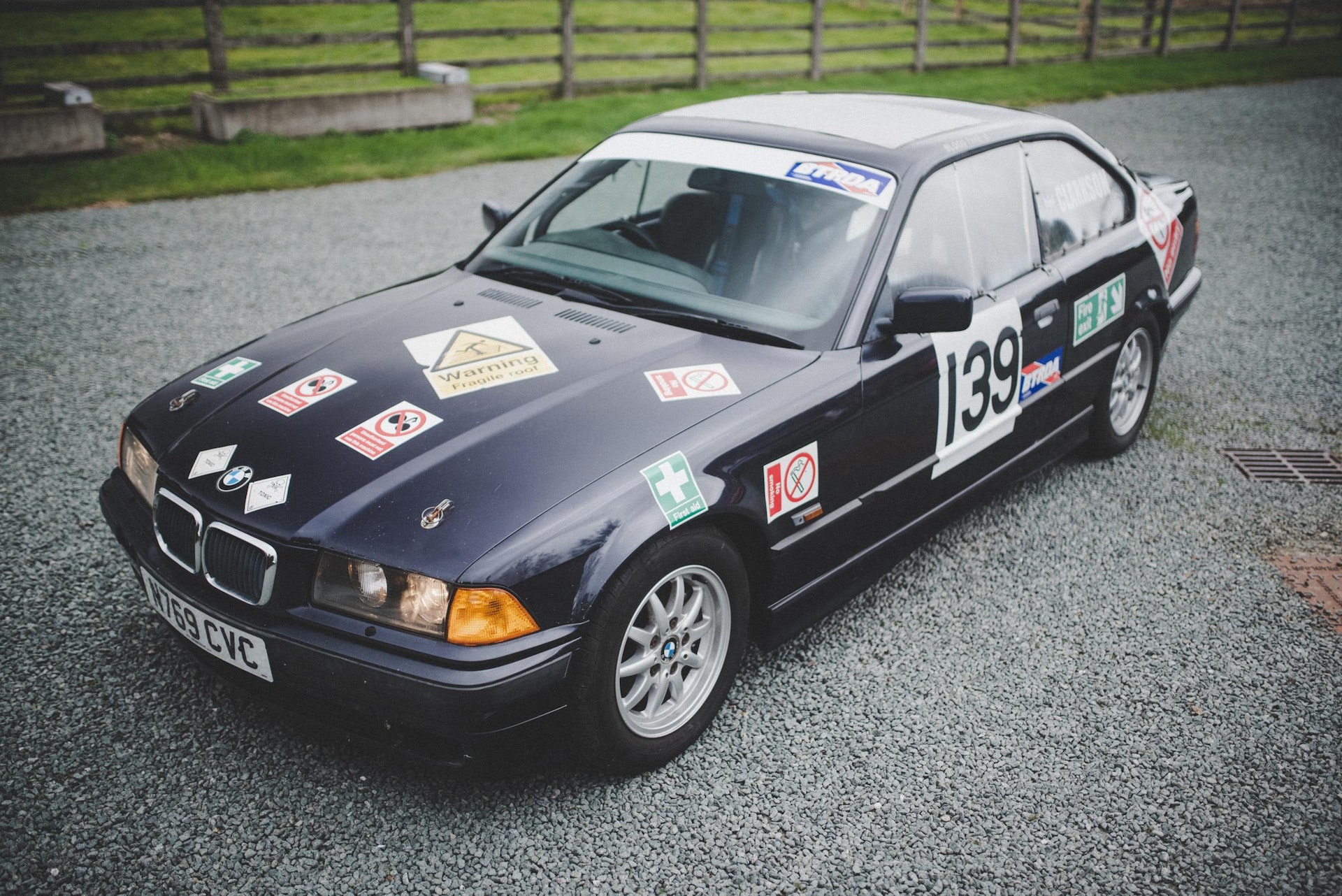 As featured in Series 18 of Top Gear, it was chosen by Jeremy Clarkson to race at Lydden Hill in the ‘Rallycross on a Budget’ film. The car was acquired as a standard road car, but was modified at significant expense with a full Safety Devices roll cage, bucket seat, harness, perspex side windows and other features to meet motorsport regulations. It was also equipped with competition suspension that included coilover front dampers, poly bushes and a front strut tower brace. 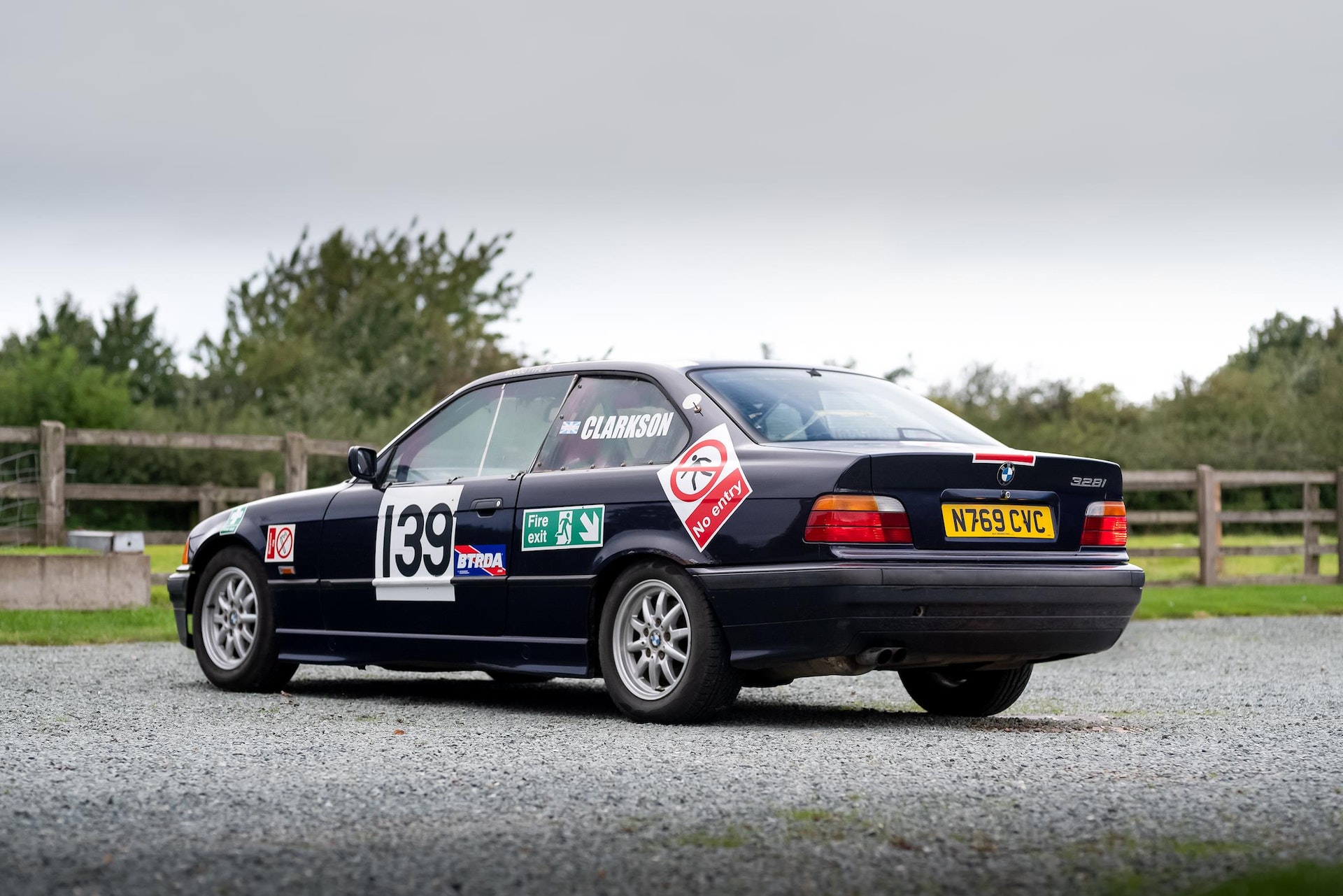 In the film, Clarkson says the BBC would not have allowed him to put brand-name stickers on his car, which is why - in typical tongue-in-cheek Top Gear fashion - he covered the car in health and safety signage, “because that’s what the BBC likes”. It was raced by him at Lydden Hill in two heats and one final event. 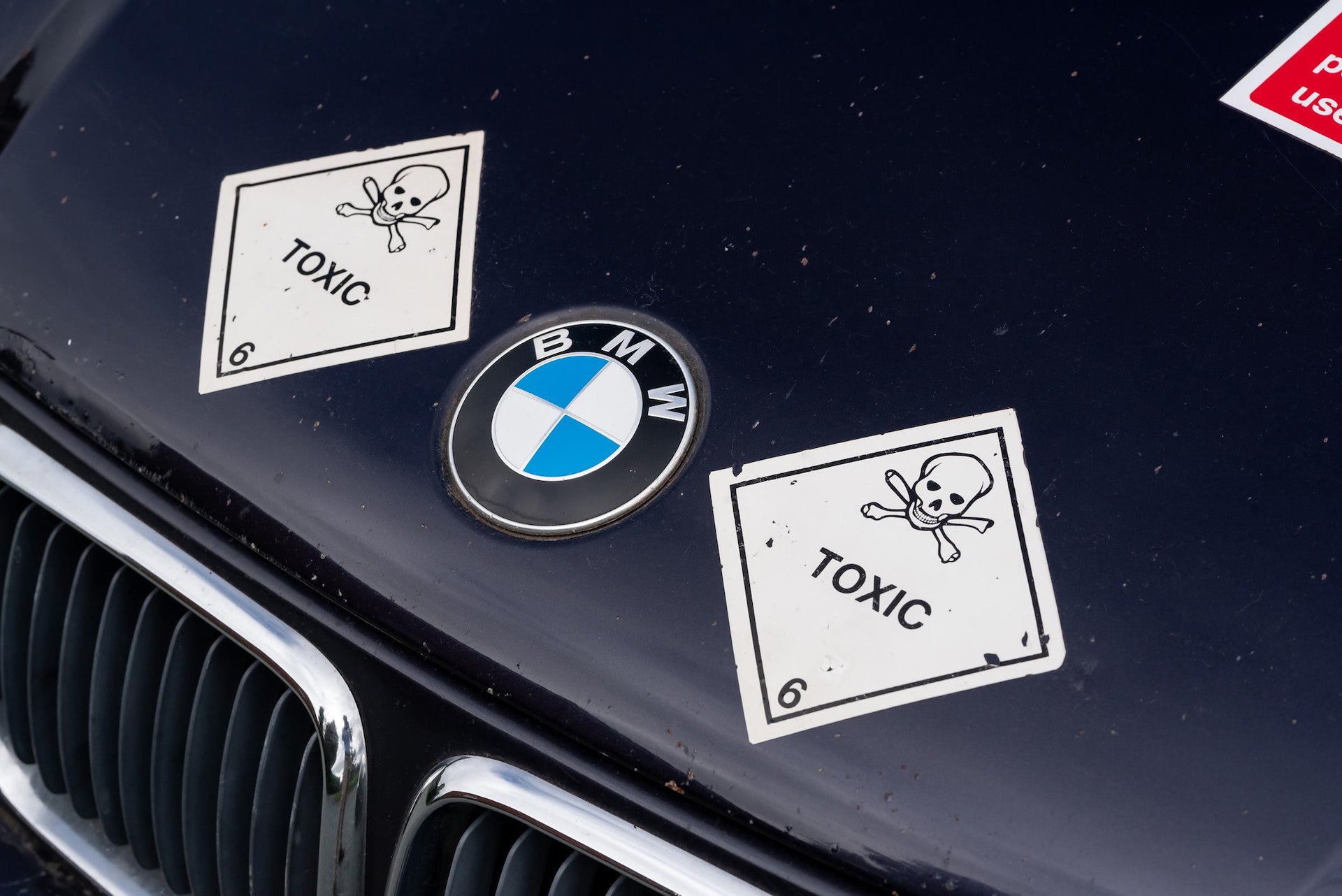 We understand that after filming was completed, the car required a new grille panel, bumper, radiator and cylinder head. It was subsequently made road legal by a respected BMW specialist. 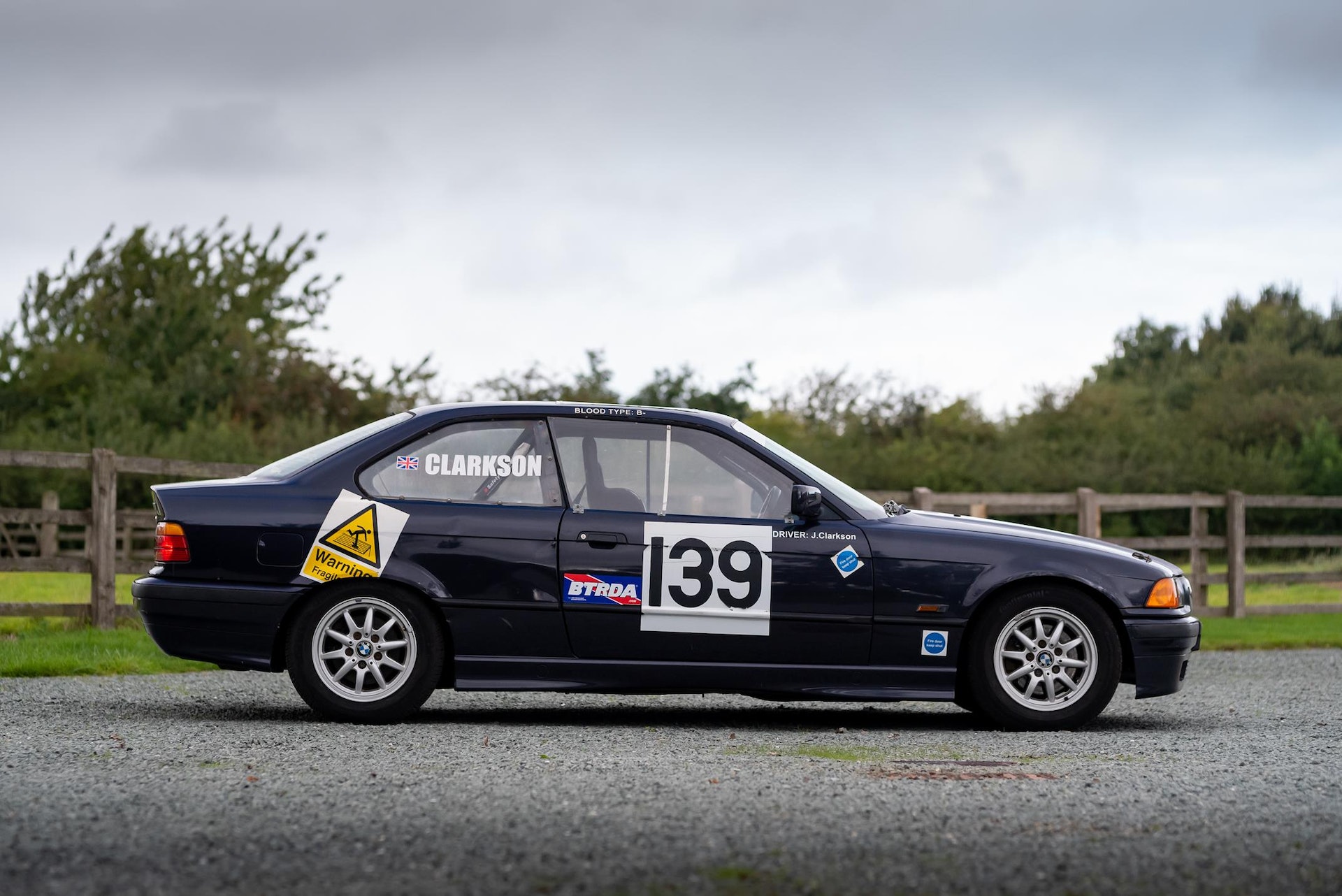 It is presented in its original Madeira Violet Metallic paintwork, which is in scruffy as-raced condition. The front end has a smattering of stone chips and scuffs, and there are some small dents and lacquer peel around other parts of the car. There is also some obvious bubbling and rust on the nearside rear wheel arch. It now sits on a set of 15-inch ‘Style 27’ alloy wheels. 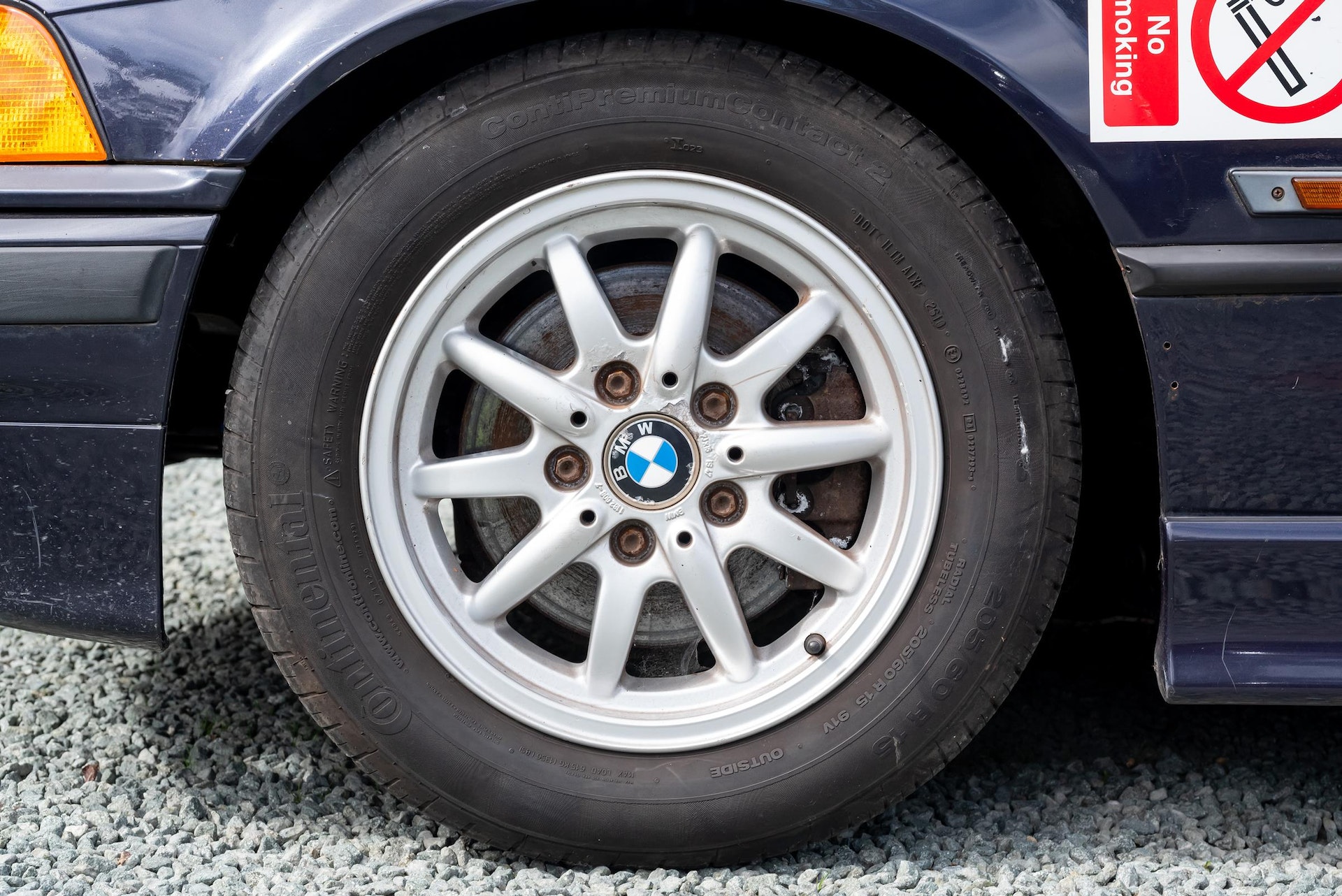 The interior is almost entirely stripped-out, featuring the racing seat that Clarkson used for the TV show as well as a bucket seat for a passenger that was fitted more recently. Ahead of the driver is an OMP Racing GP steering wheel. The main power switch can be found on the centre console, as well as the window and hazard light controls. 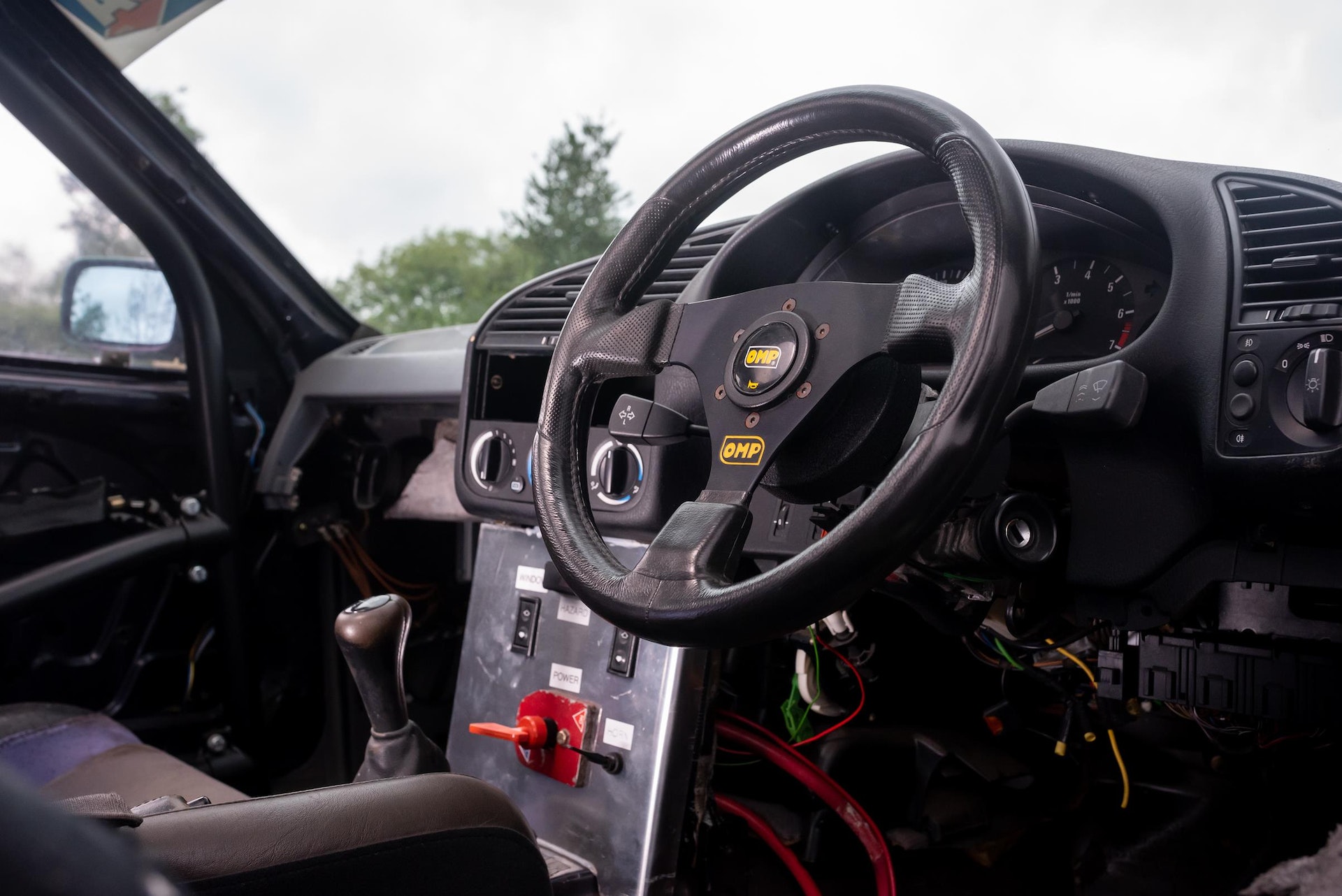 According to the vendor this 328i is a mechanically solid car, which starts, runs and drives very well. It has recently had a full service, including a new fuel filter, new rear shock absorbers, servicing of the front brakes, fitment of custom seat runners and a replacement tyre. The underside has also been given a Waxoyl protection treatment. The last MOT was in May 2019 at 142,349 miles, which resulted in a clean pass with no advisories. 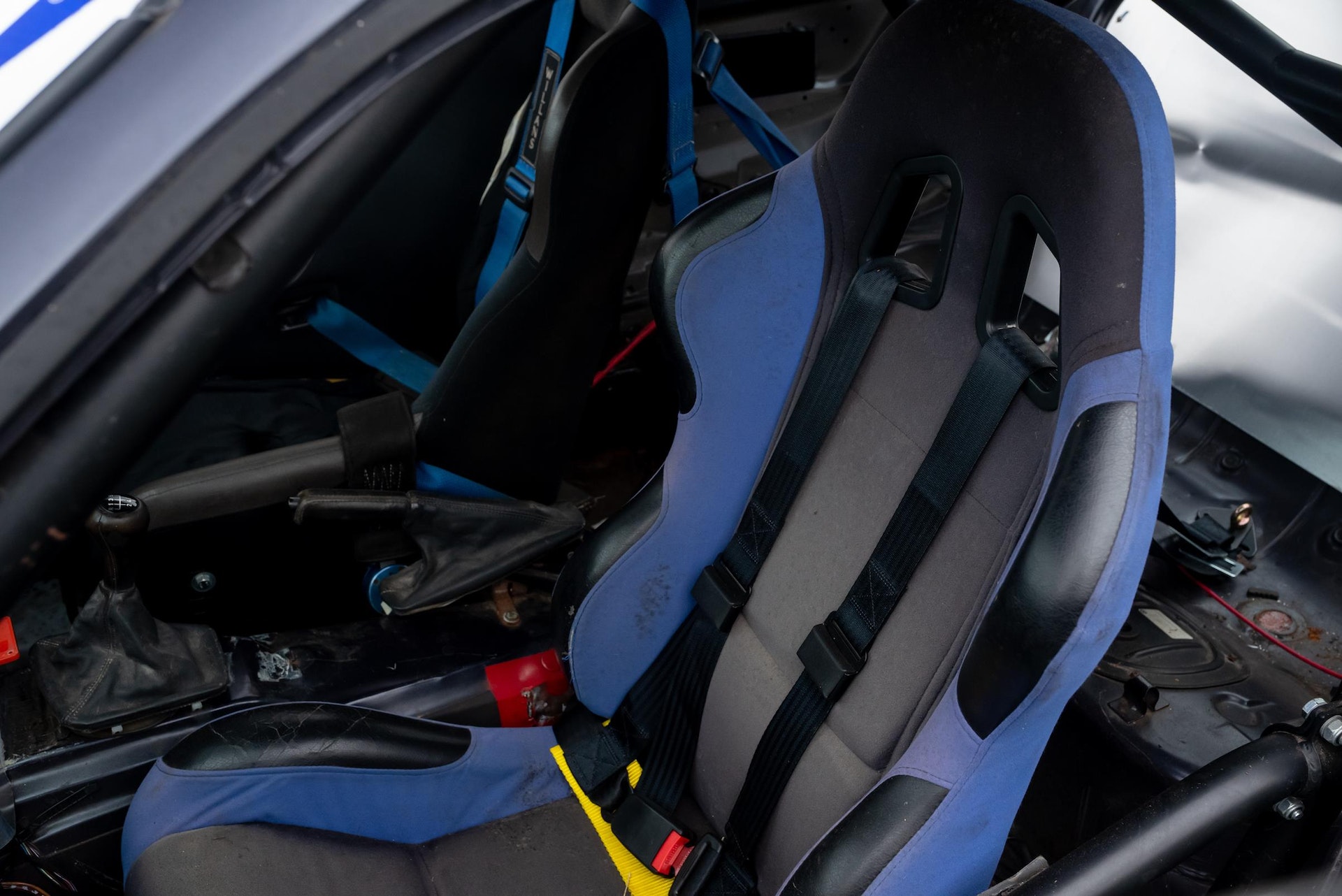 Its alloy wheels are shod in a mixed set of tyres in size 205/60 R15 all round. While still a road-legal car, it is currently stored off the road under a valid SORN certificate. The vendor is offering the car with a spare set of doors that include full window glasses, which offer more protection from the elements when the car is outside. 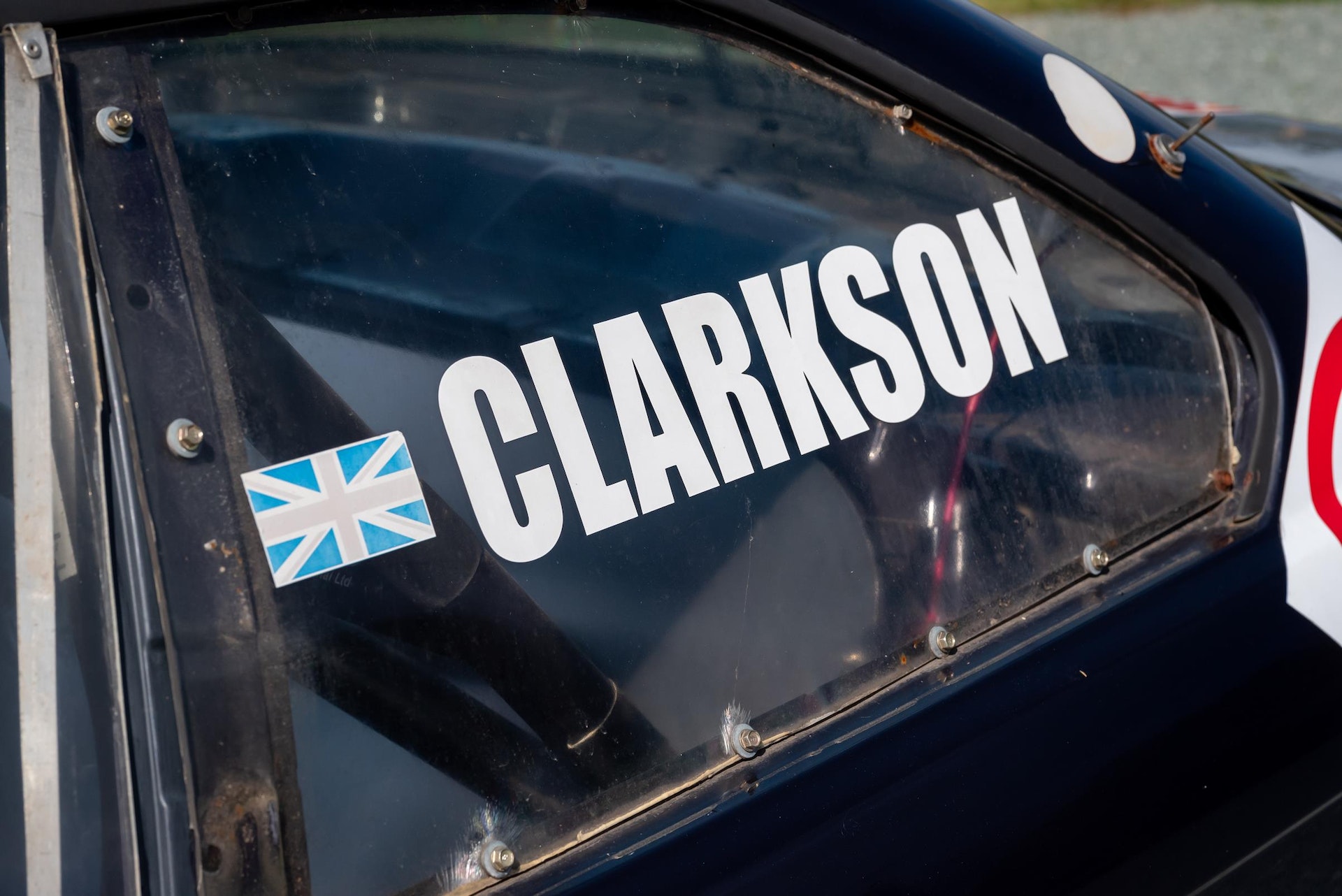 While many of the cars used by the stars of the Top Gear series end up on display at the National Motor Museum, this is one of the vehicles that was acquired by a private individual. This BMW 328i rallycross car would make a terrific club racer or even a drift car to the right enthusiast, but of course could simply be a conversation piece in any collection as a piece of motoring TV memorabilia.