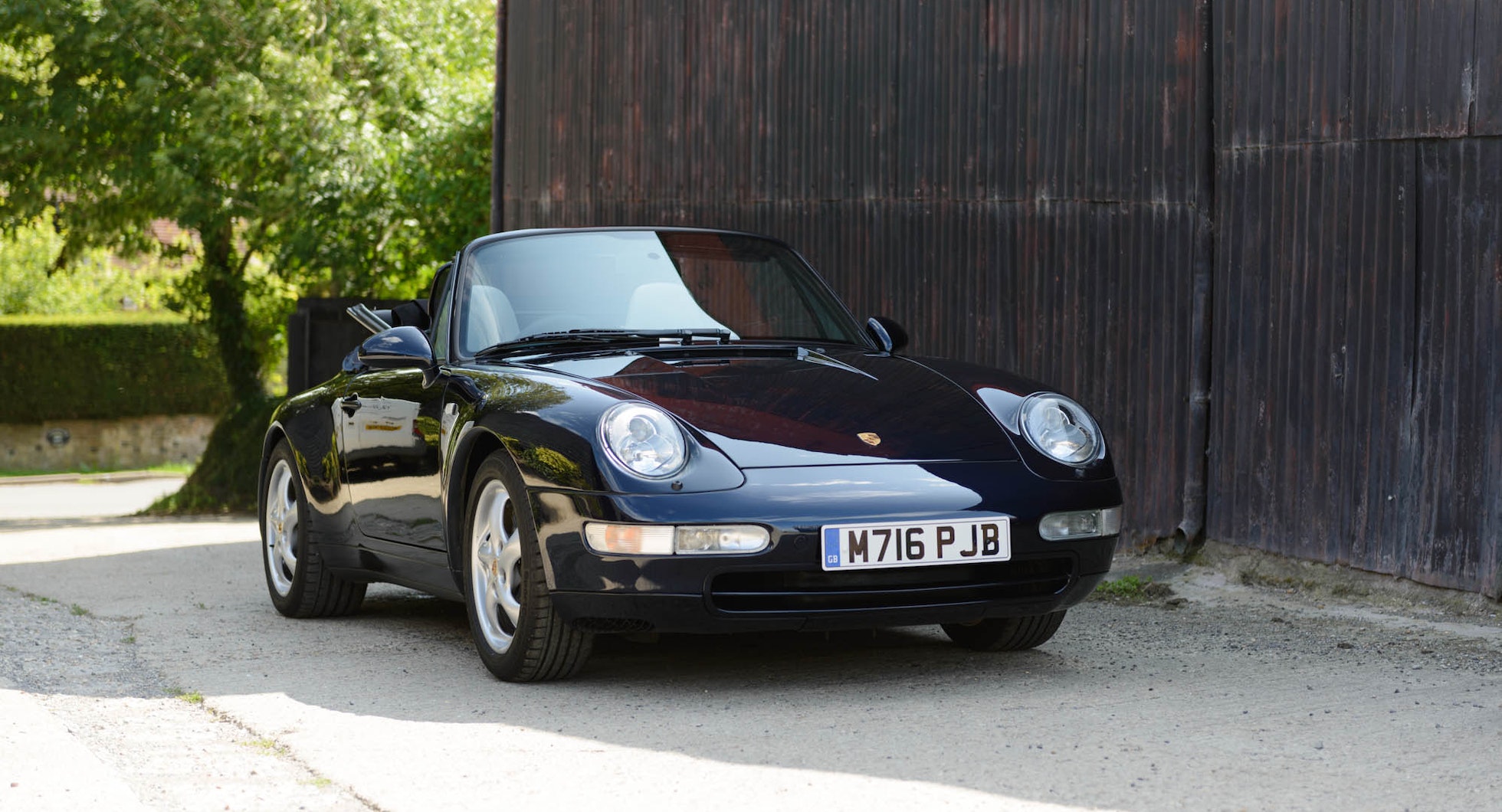 This 1995 Porsche 993 Carrera Cabriolet is an extremely attractive example of the last air-cooled 911 model. It is equipped with the 3.6-litre naturally aspirated flat-six engine, driven through a six-speed manual gearbox. The car has covered 120,751 miles from new. 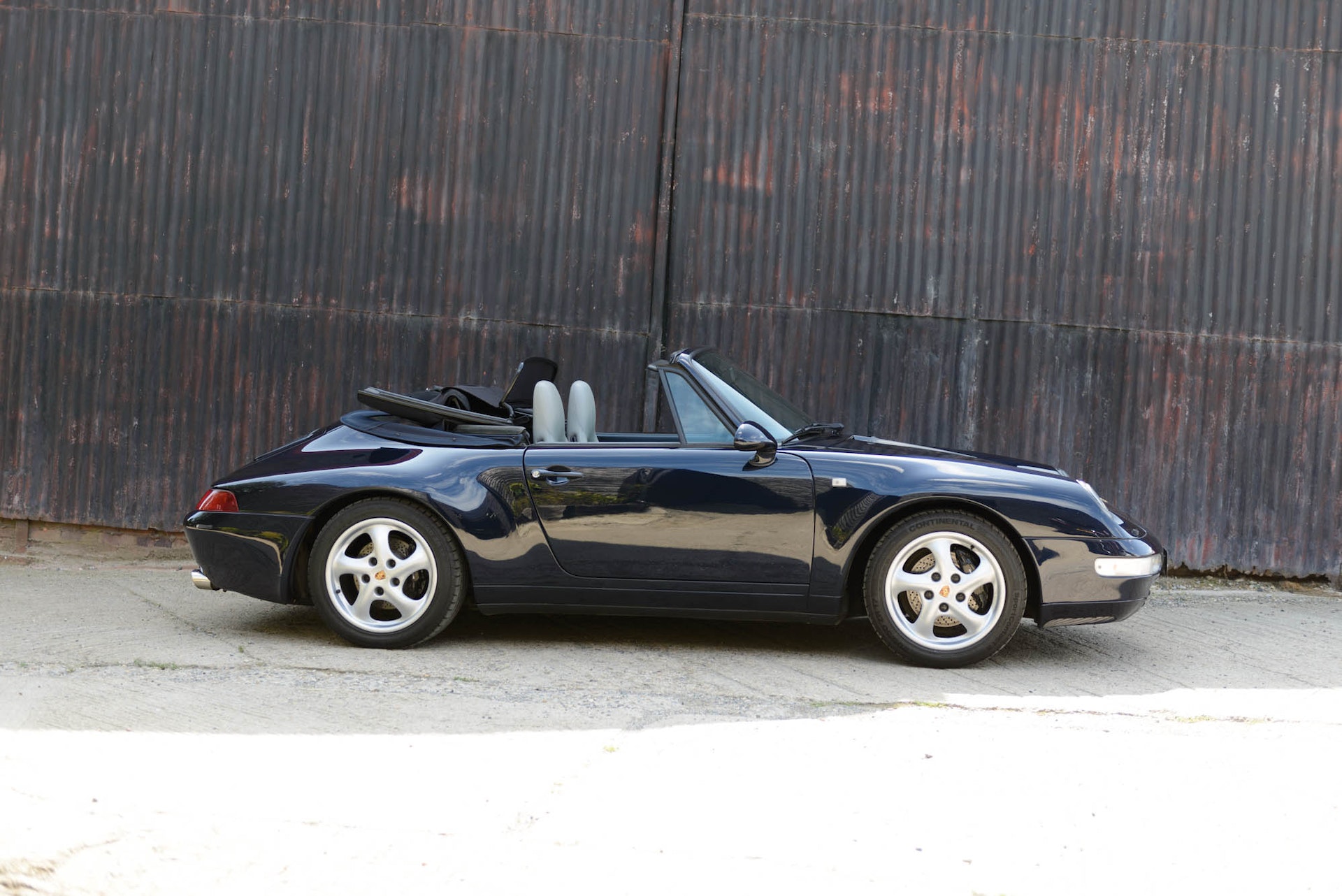 The car was completed in March 1995 and was delivered new to Porsche Cars Great Britain in April, with 36 delivery miles on the clock. It was originally specified with the optional 17-inch wheels and air conditioning. This original right-hand drive example is currently residing in Oxfordshire, where the vendor has kept the car since their purchase in 2018. 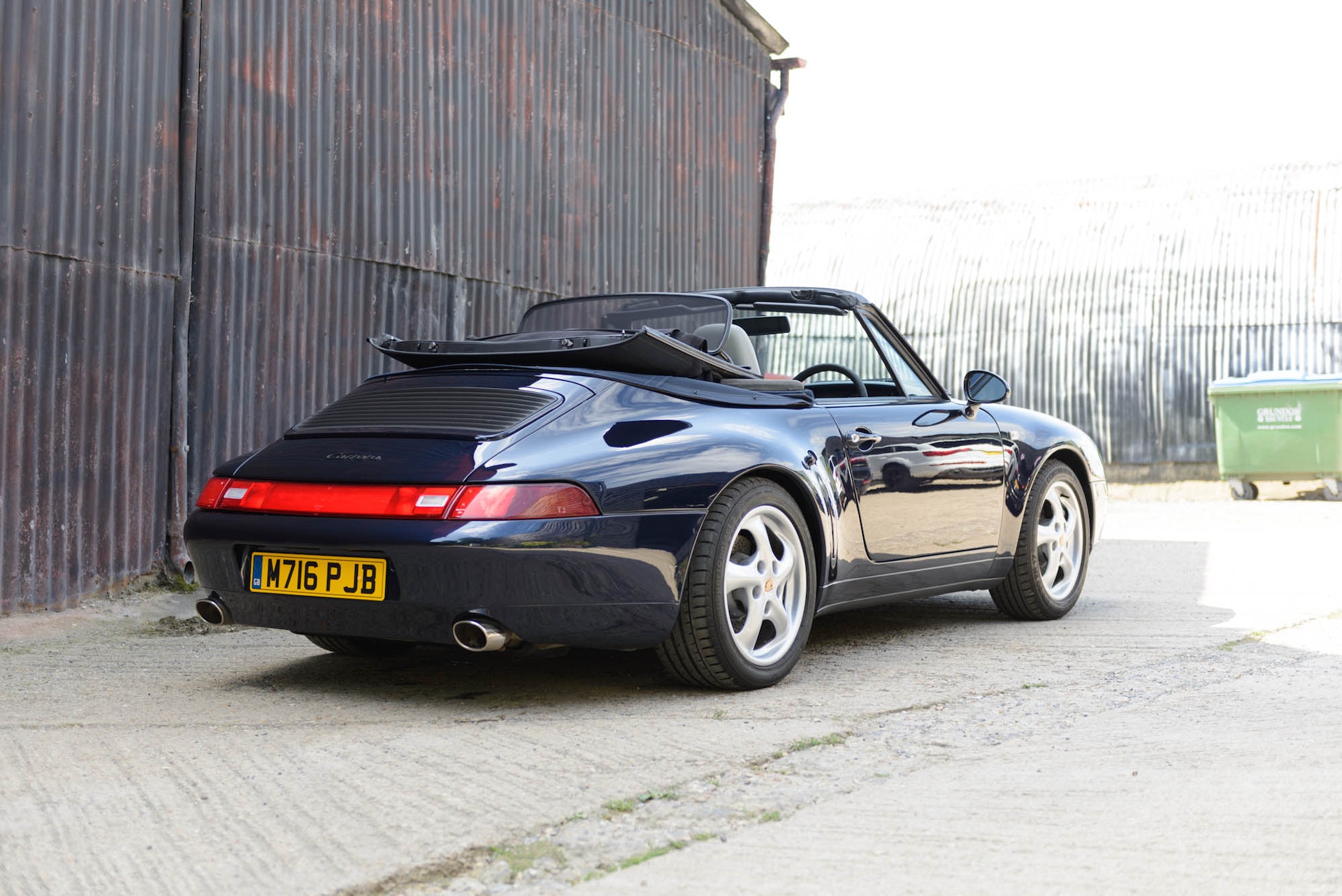 The paintwork is described as being in excellent overall condition, with a deep and glossy finish, as it was ceramic-coated at the beginning of the year. In 2013, the car received a glass-out repaint in its original Midnight Blue Metallic by Porsche specialist GT One in Chertsey, Surrey. At this time, all the rubber and seals were replaced, as was the bonnet badge. The only imperfections noted by the vendor are a very small dent halfway along the passenger’s side door and a tiny chip on the rear bumper. All of the exterior trim is in very good order, with the original Dark Blue hood and tonneau having been replaced in 2010 and the front fog lights and rear centre reflector restored in 2018. 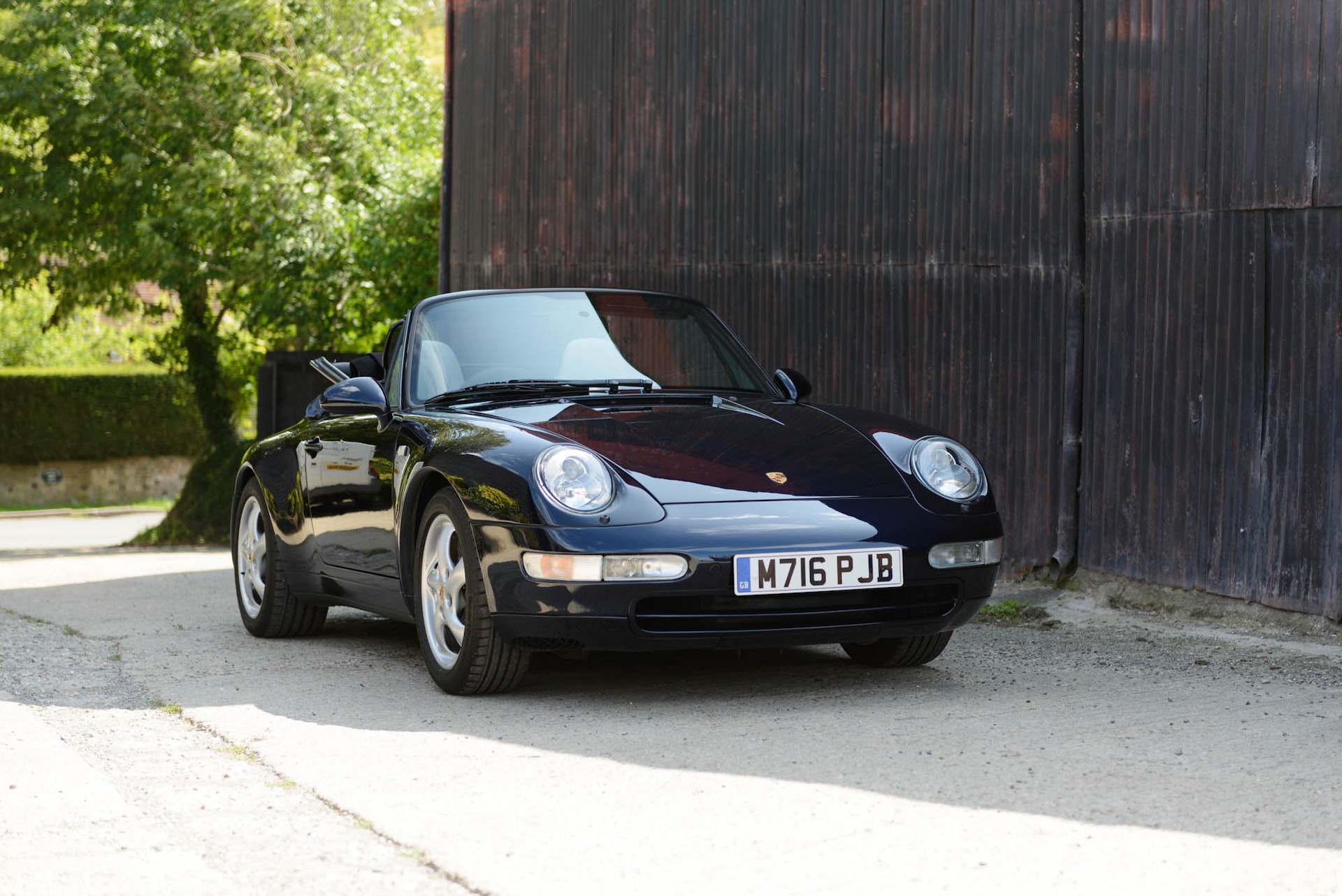 The door jambs, bonnet and boot shuts are all in great condition. The car sits on recently refurbished 17-inch Porsche ‘Twist’ alloy wheels. In September 2018, the Porsche was given a full paint correction and detailing treatment, which included rectifying stone chips, minor scratches on the front and rear bumpers and a small split in the lower front valance. This was all carried out by Extra Gleam in Worcester, for which there is a detailed invoice on file. 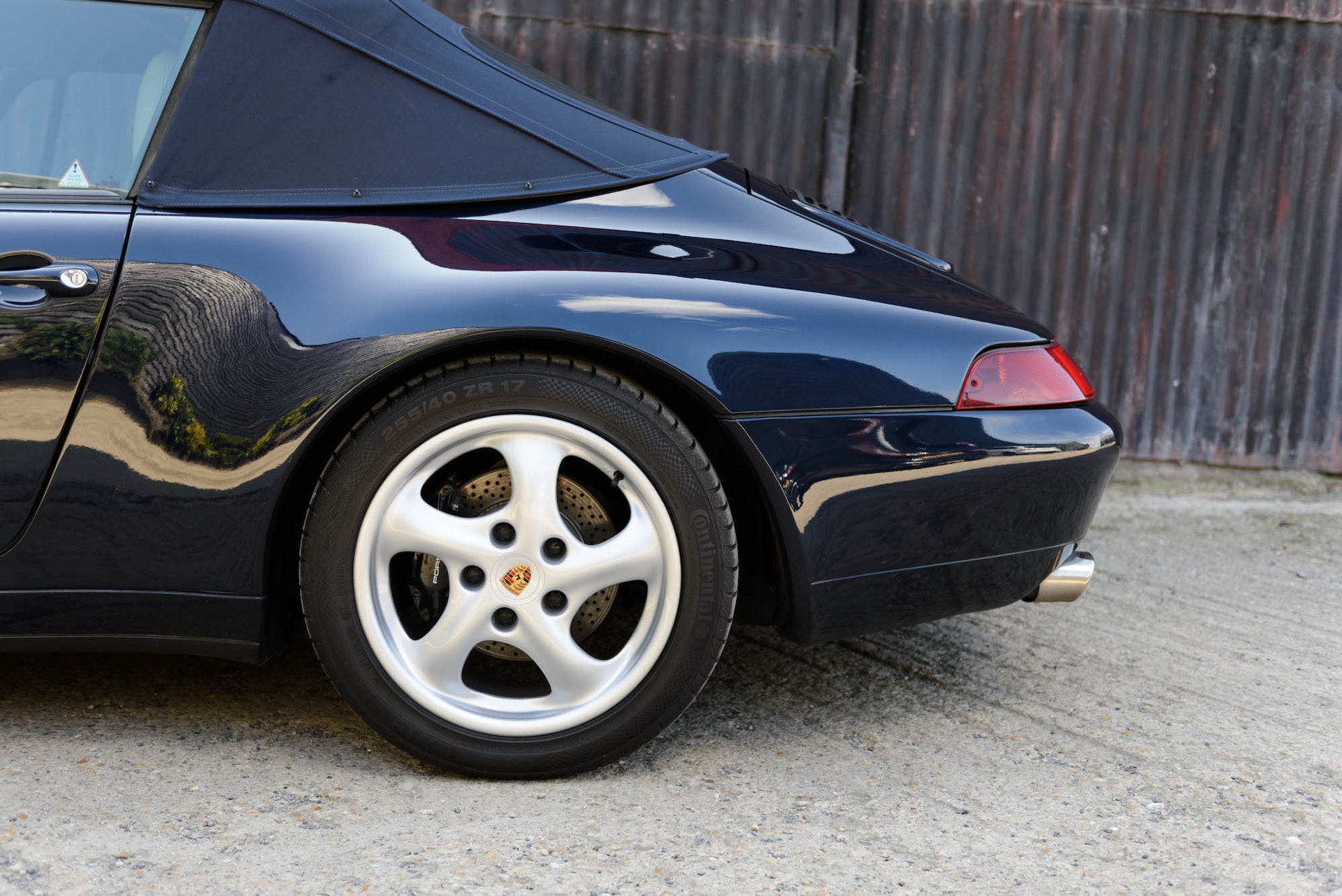 Inside, the car’s cabin has received a lot of care to bring it to its lovely condition today. Its Marble Grey upholstery has recently been reconnolised at the front and complements the Midnight Blue carpets and dash beautifully. In September 2018, along with the seat refurbishment, the vendor also commissioned Extra Gleam to re-colour the steering wheel airbag cover, transmission tunnel cover, gear knob gaiter and hand brake gaiter, and to deep steam clean the carpets. 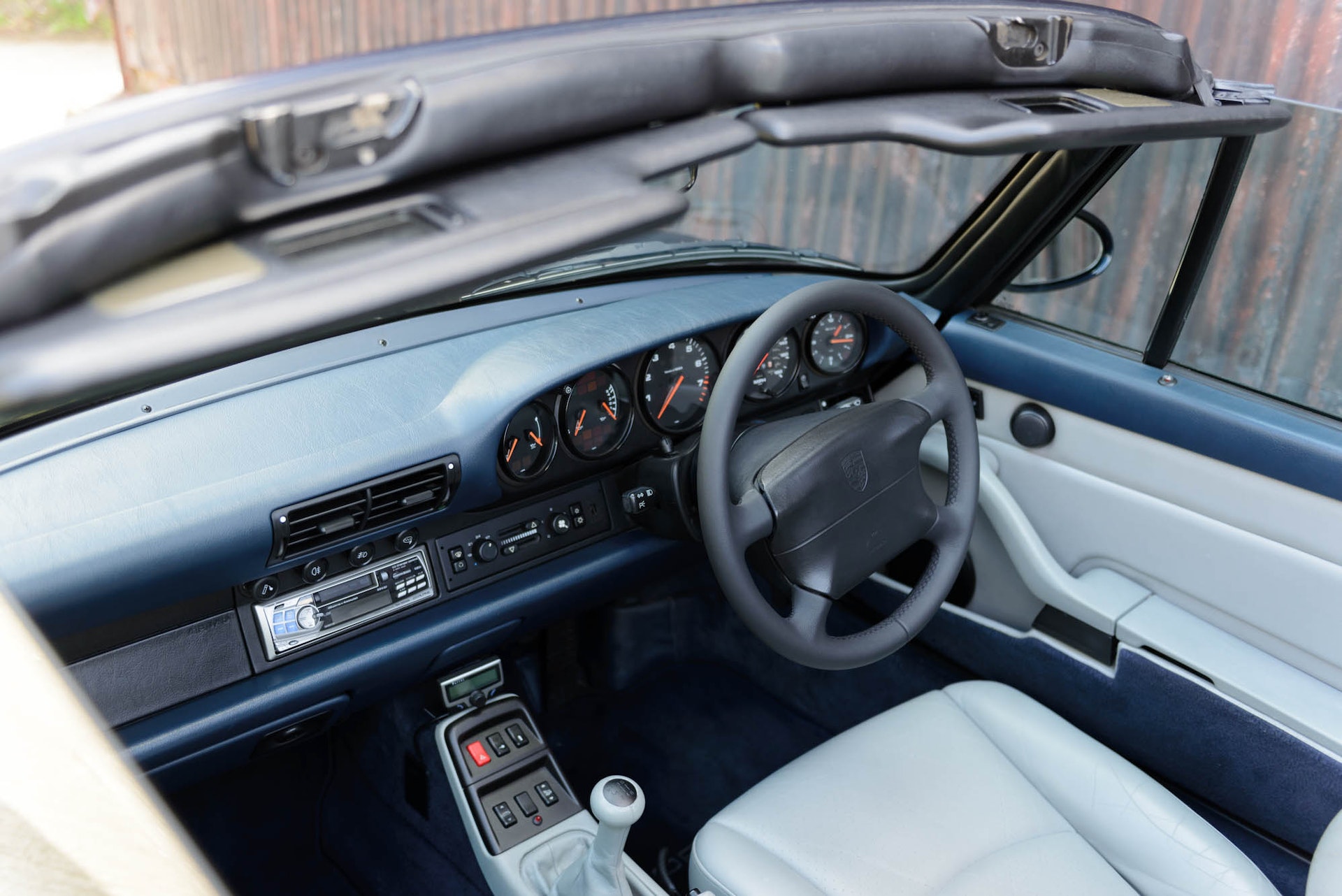 This car starts, runs and drives very well, and has obviously been cared-for by its previous owners to keep it in good order. The last MOT test was in August 2018, which resulted in a clean pass with no advisories or warnings. The certificate has now expired by just by a few weeks, so the vendor has agreed to have the car put through a fresh MOT prior to handing it over to the next owner. The car comes with its original maintenance book, with 21 stamped services on record. 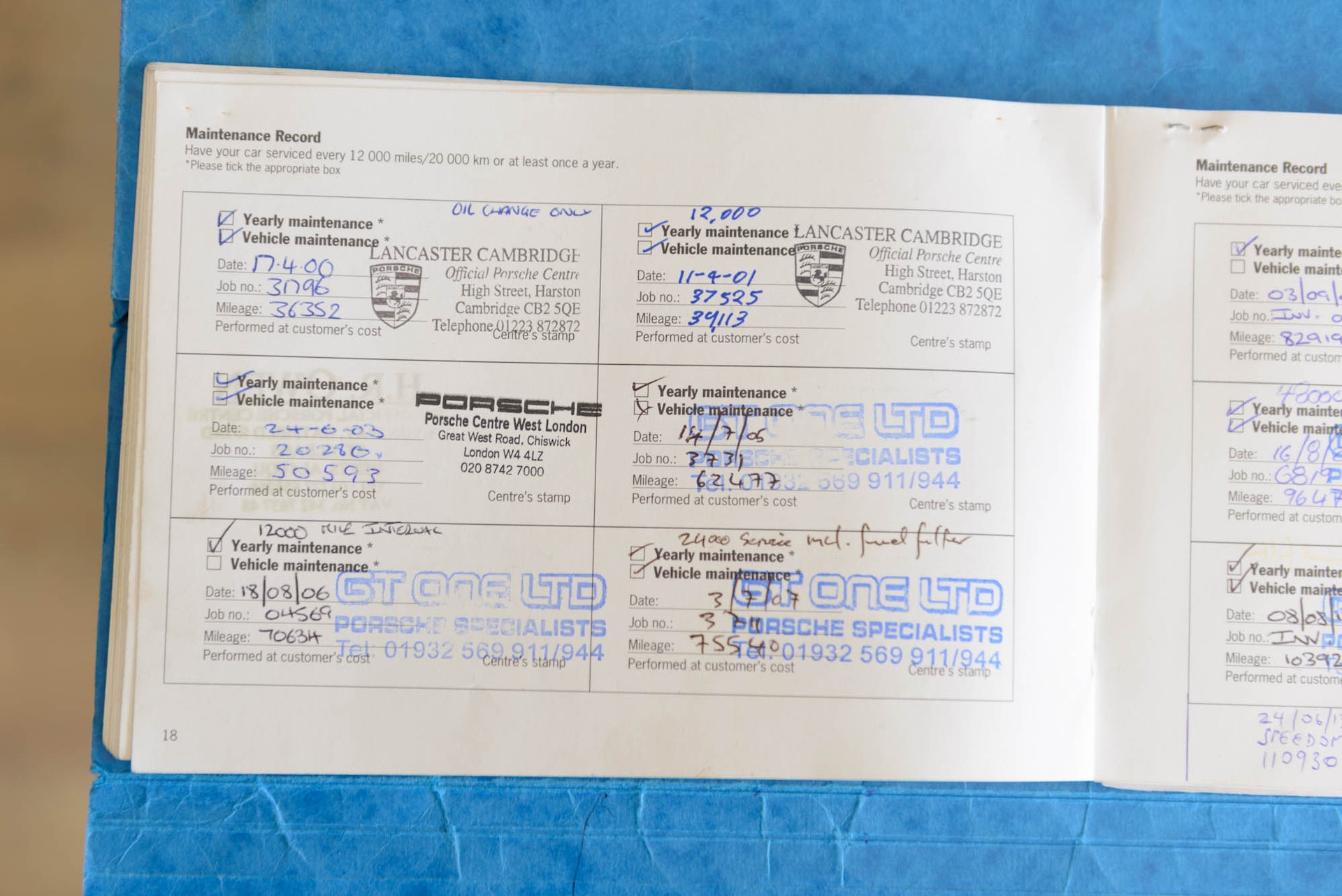 Porsche specialist GT One had looked after the car for 14 years, from 2004 to 2018, performing numerous works when and where needed, including fitting a new gearbox and clutch in 2015 and new brake discs and pads in 2017. The speedometer was replaced in 2013, when the mileage stood at 110,930 miles, so the current odometer reading is in addition to this. 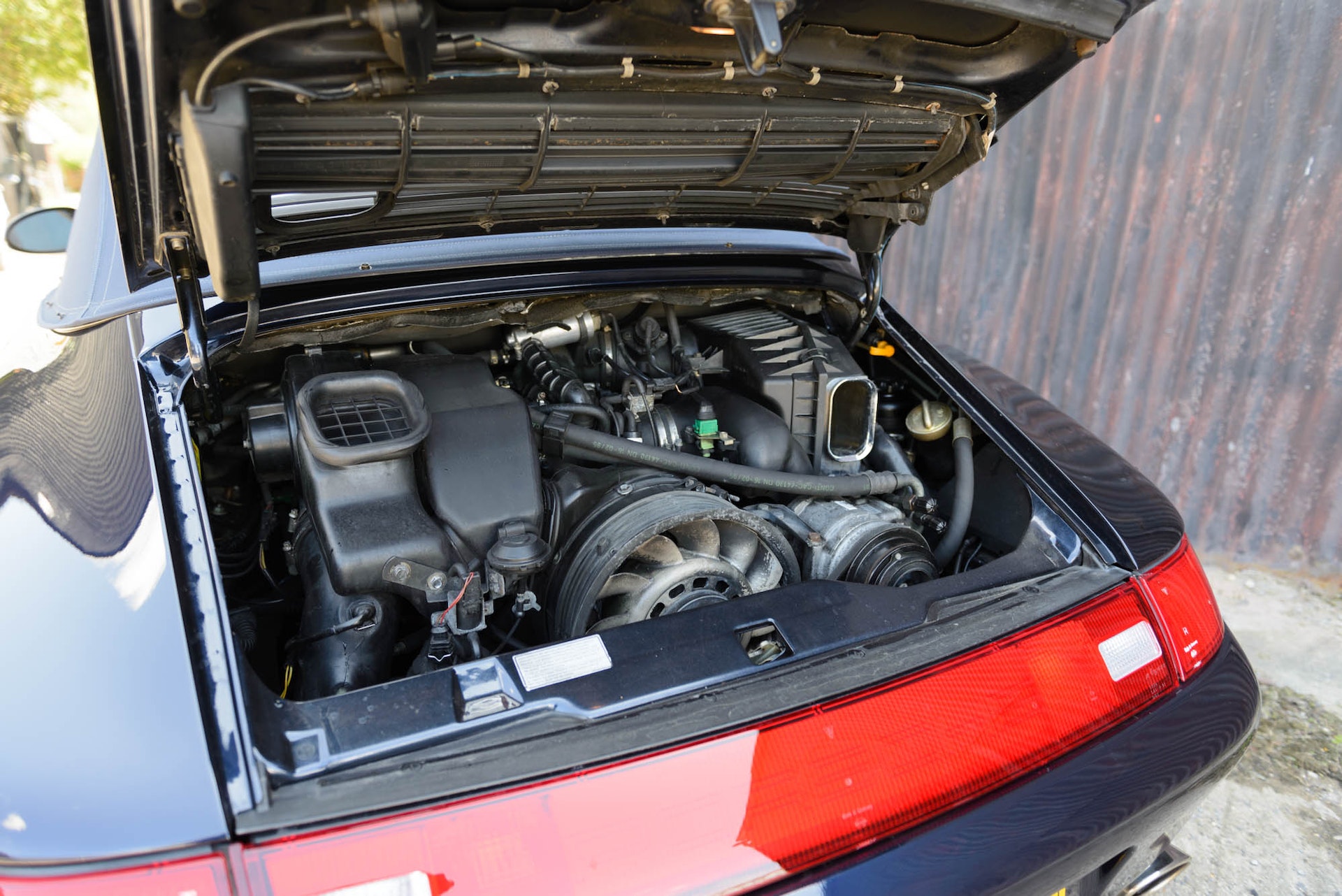 In 2018, a full service was performed by Portiacraft and the air-conditioning condenser and camshaft chain cover seals were replaced. In 2019, Cotswold Porsche fitted a new roof control unit and new OEM exhaust. The wheels are shod in Continental SportContact tyres in size 205/50 ZR17 at the front and 255/40 ZR17 at the rear, which have around 5mm of tread remaining. 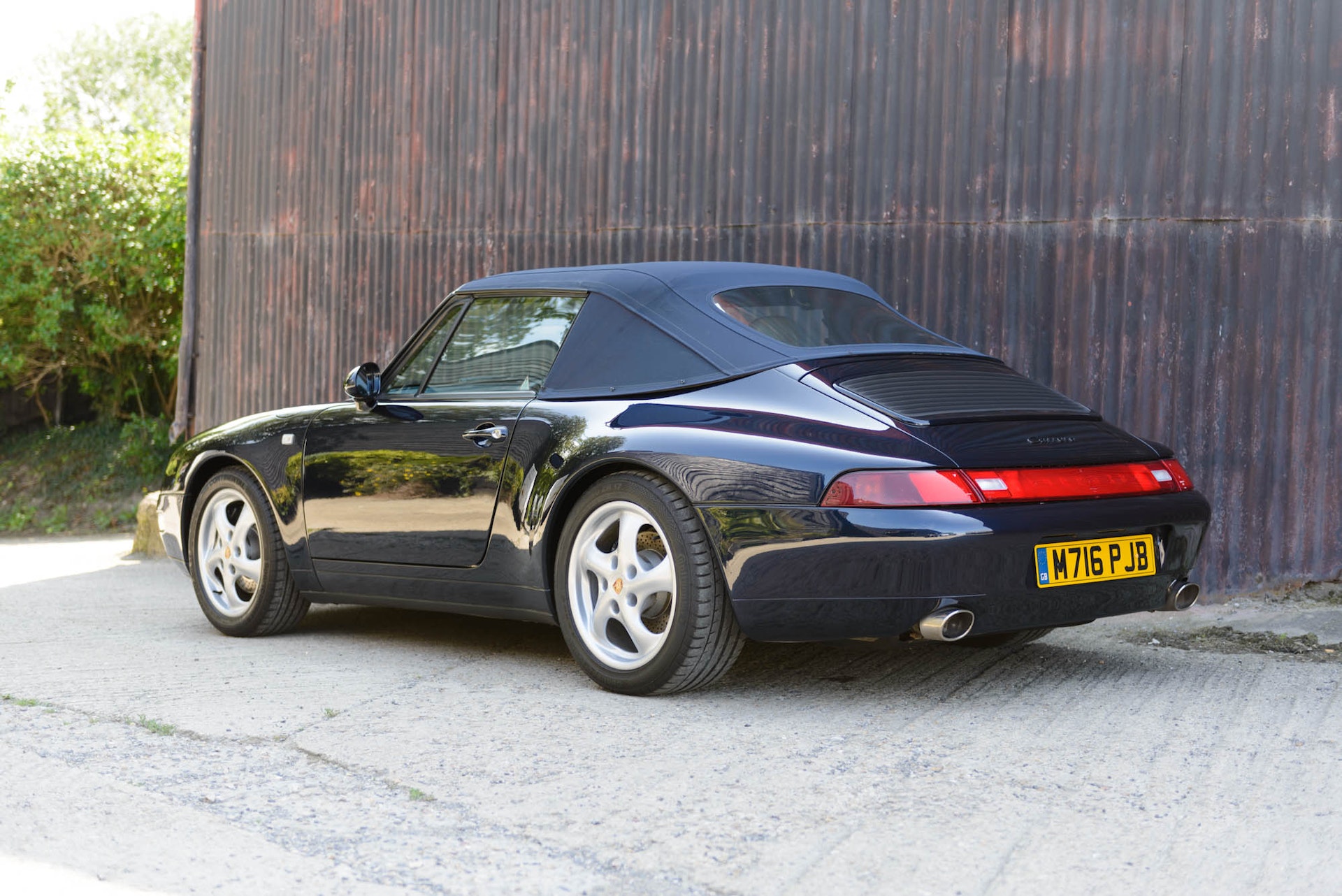 Accompanied by the original driver’s manual, service book and two keys, as well as an extensive history file, this Porsche 993 (911) Cabriolet is a genuinely superb car that’s ready to delight its next owner on the open road.