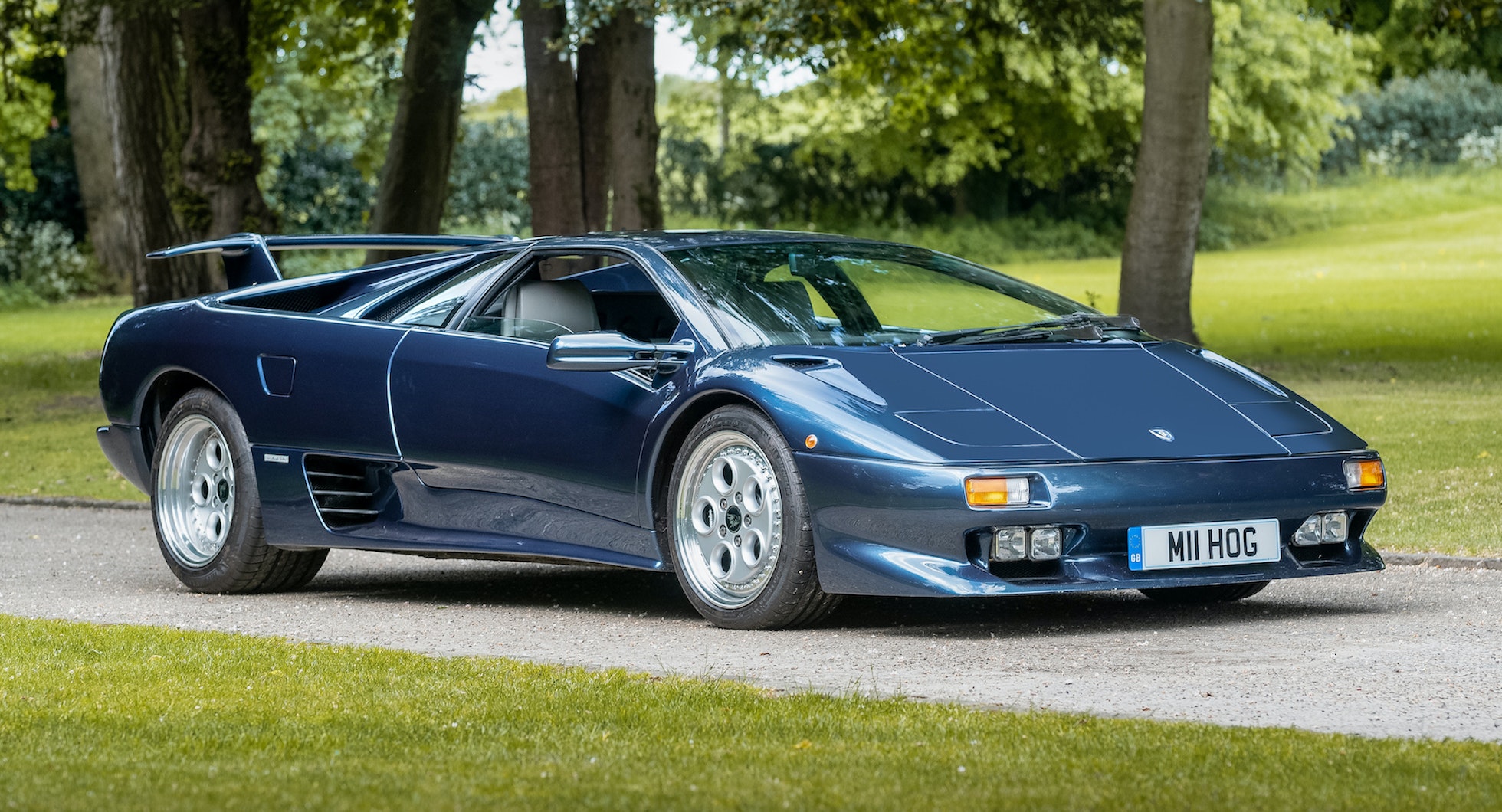 This Lamborghini Diablo VT is a rare and thrilling exotic, finished in a wonderful colour scheme, and presented in superb condition throughout. It is powered by a 5.7-litre naturally aspirated V12 producing 485bhp, with ‘Viscous Traction’ four-wheel drive via a five-speed manual transmission and limited-slip differential. Like all UK-market Lamborghinis of the period, the odometer records in kilometres, and in this car it indicates just 24,183 km (15,026 miles) from new. 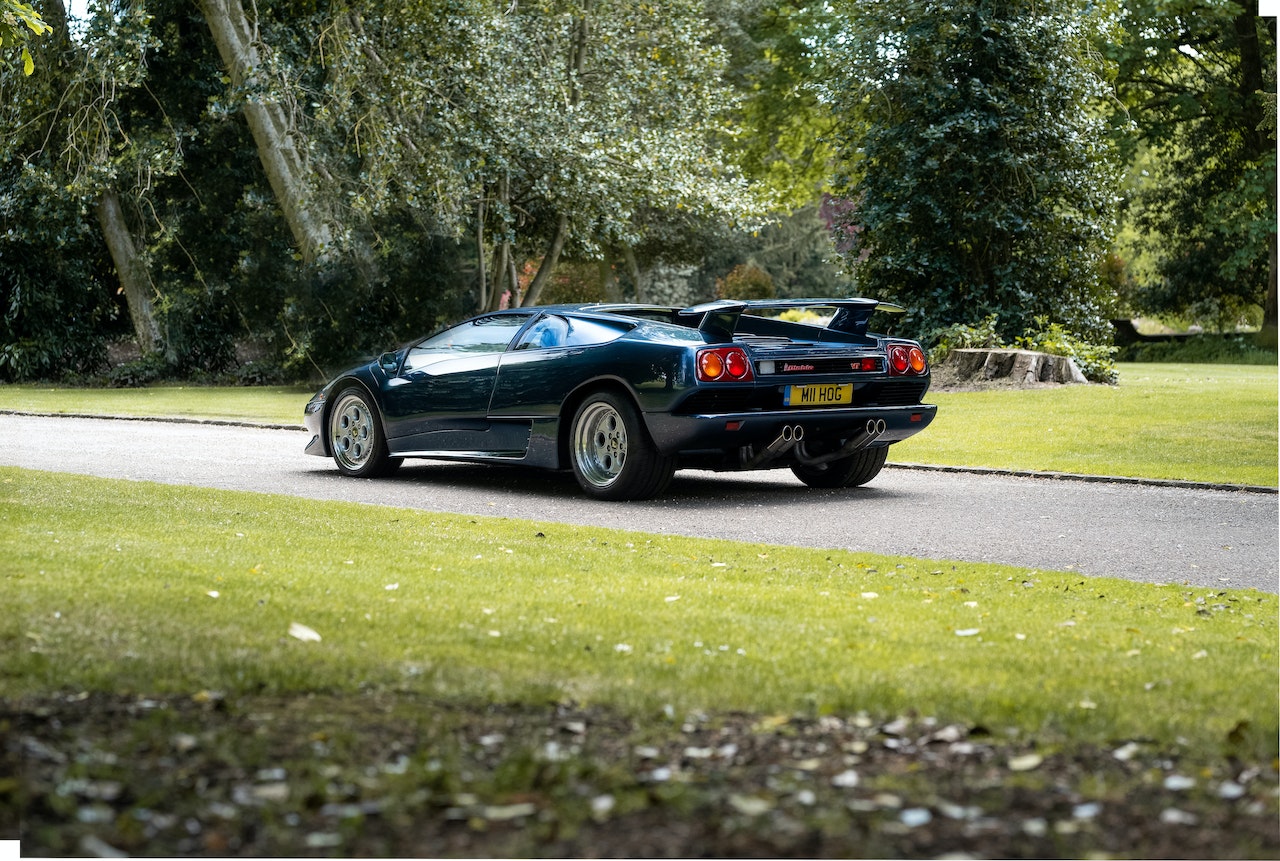 As one of only around 400 examples built, the Diablo VT is among the most exclusive production cars in the world. It represented a slightly more user-friendly version of Lamborghini’s flagship, not only because of the four-wheel-drive system, but also with a lighter clutch, power steering, and more comfortable seats. Its performance is hugely impressive even today, capable of 0-60mph in around four seconds, and with a top speed of 204mph. 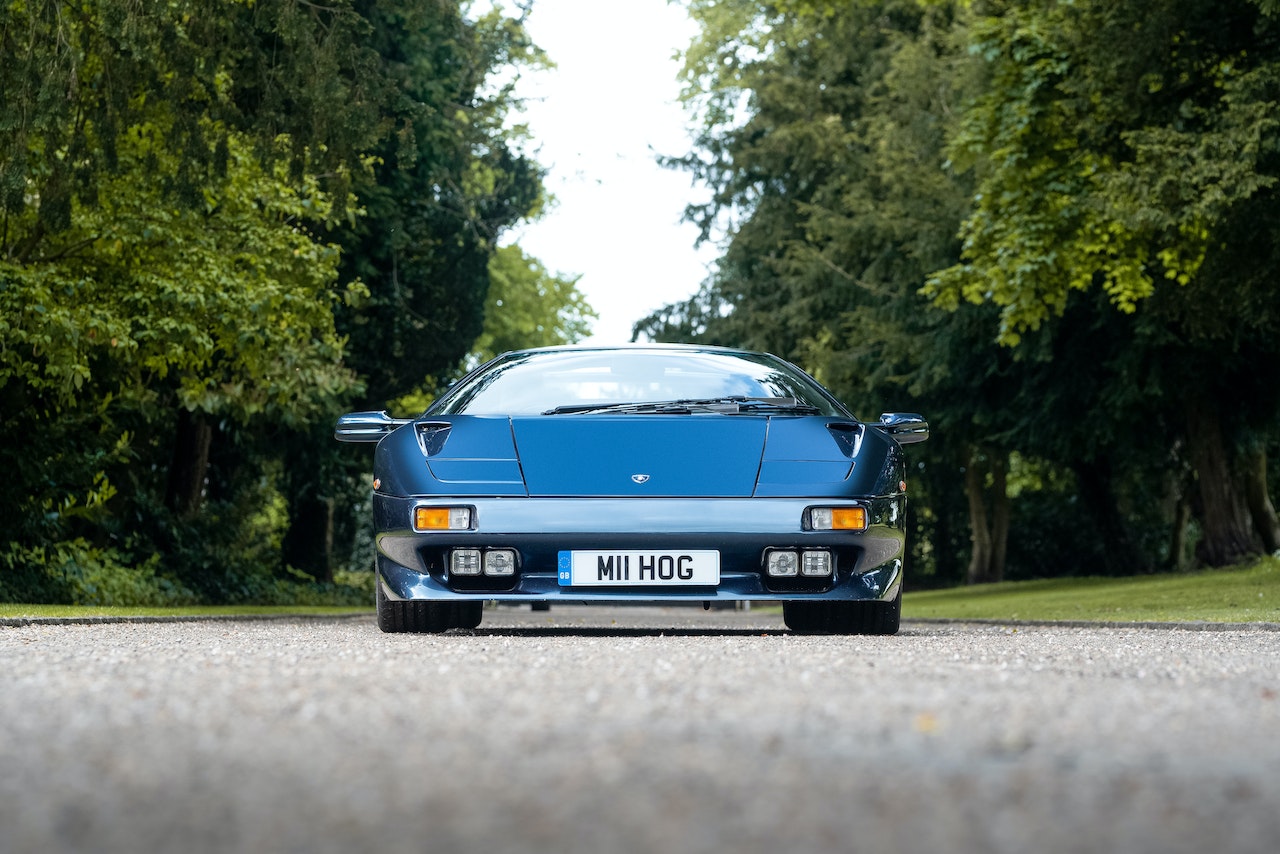 First registered in March 1995, this is an original UK-delivered example of the Diablo VT. There are seven previous registered keepers on the log book. It has evidently been cherished by previous owners, and was even exhibited at the NEC Classic Motor Show in 2014 as an exemplar of the VT model. The current owner acquired the car around six years ago, but has only driven it sparingly, covering a few hundred kilometres. 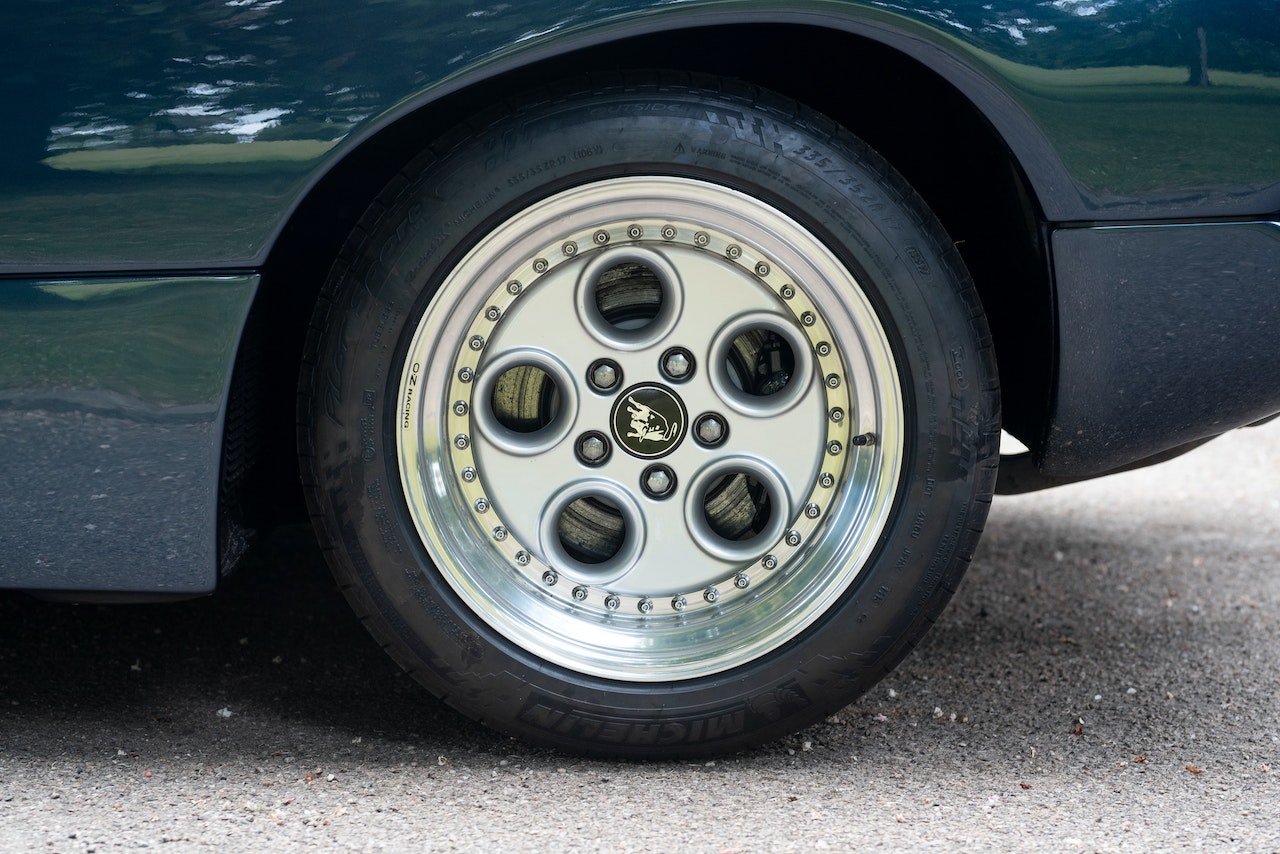 The bodywork comprises a blend of aluminium and composite panels, and is reported to be in excellent condition, with good panel gaps and no signs of accident damage. The seller notes that there is a very small patch of micro-blistering on the roof, a paint chip at the bottom of the nearside door pillar, and some minor ‘road rash’ at the front of the car. In general, the Midnight Blue paintwork has a smooth and glossy appearance all around the body, and looks superb. The light lenses are in great shape, as are the window and door rubbers. It rides on the correct three-piece polished OZ Racing alloys wheels, which present very well. 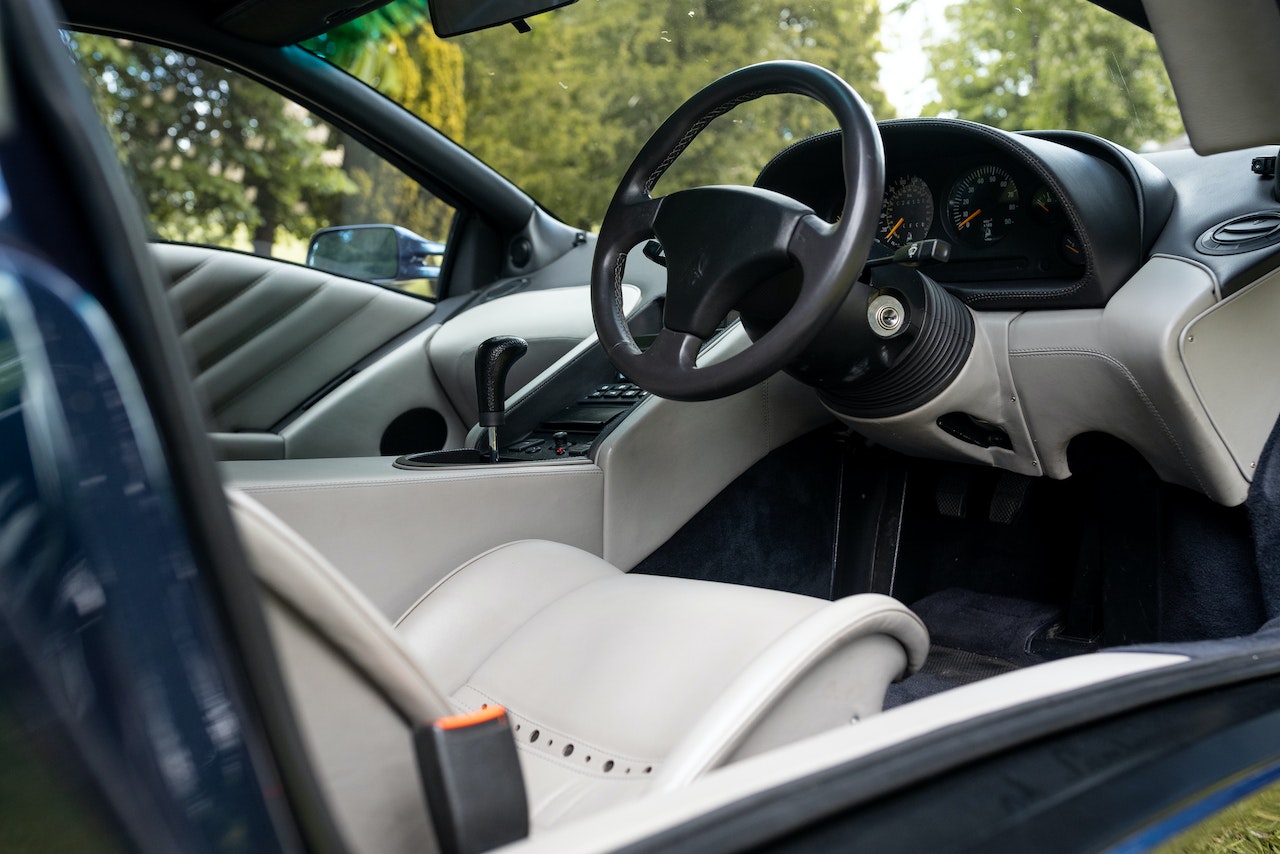 In the cabin, there is no damage to the grey leather upholstery on the bucket seats, which shows only signs of light use commensurate with the low mileage. The grey leather trim extends to the transmission tunnel, lower dashboard, and door panels, while the top of the dashboard and three spoke steering wheel are trimmed in black. The latter has some slight wear, but overall the interior is original and very smart. The dark blue carpets are in excellent condition, protected by tailored floor mats, and the equipment includes climate control as well as an Alpine stereo head unit and amplifier. 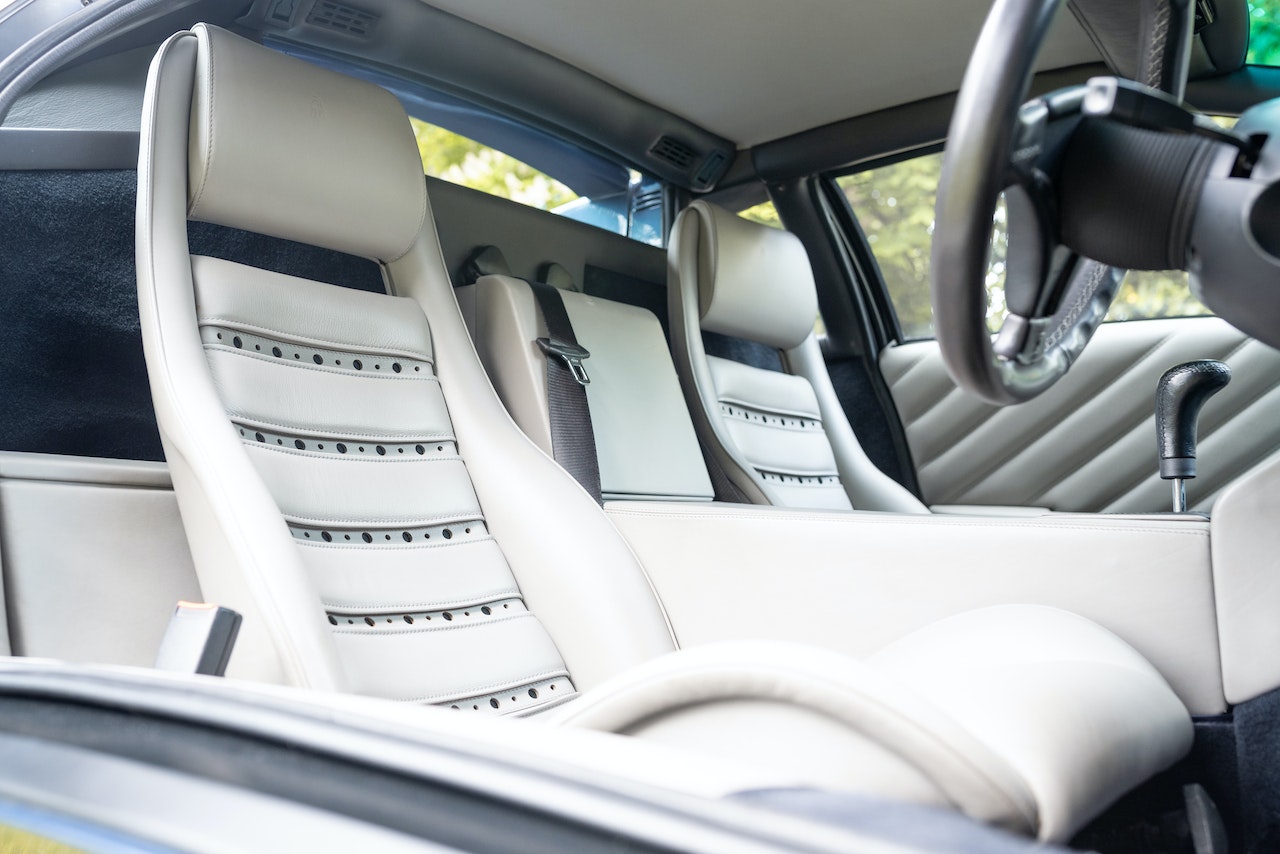 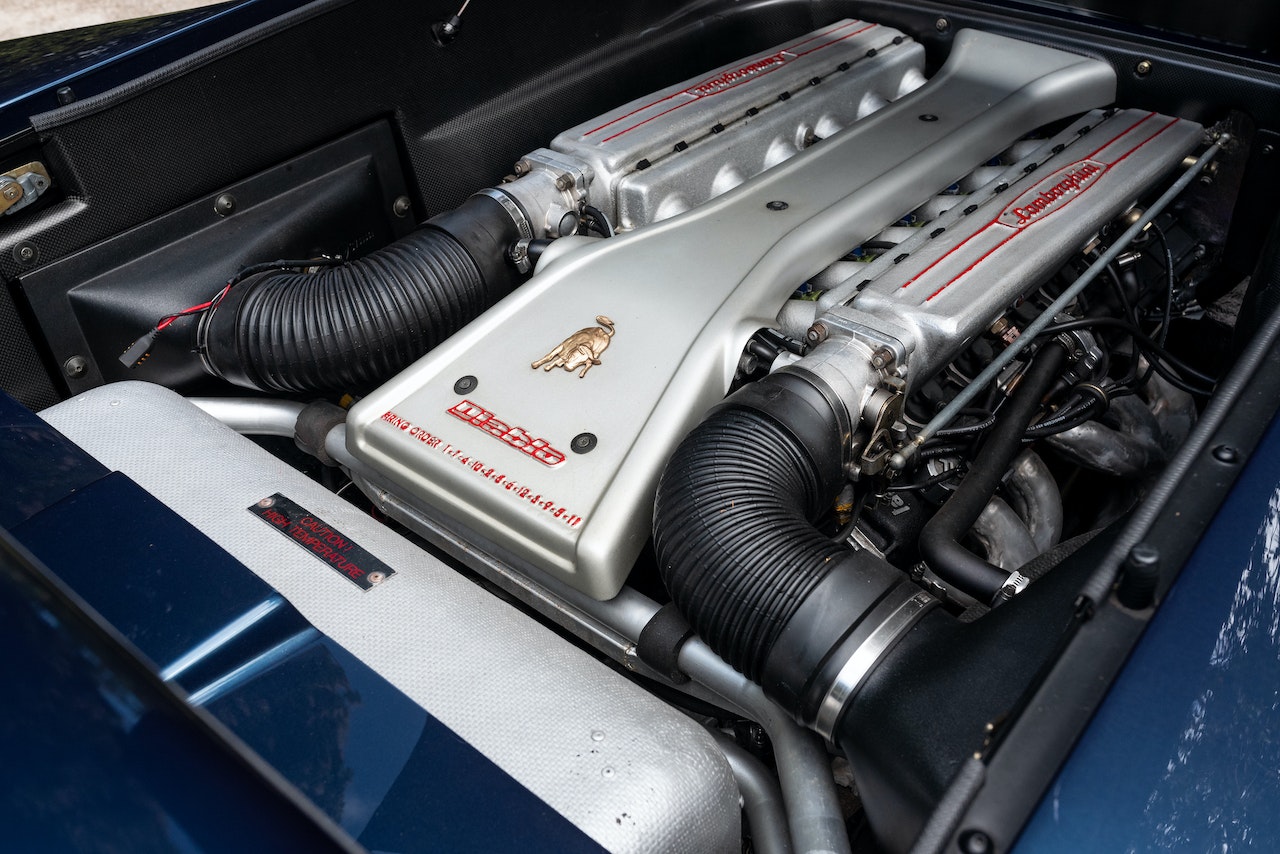 The car has largely been stored in the owner’s collection since then, though has been started regularly to keep the engine in good running order. The wheels are fitted with Michelin Pilot Sport tyres all round, in size 235/40 ZR17 at the front and 335/35 ZR17 at the rear. The pairs are date-coded to 2011 and 2013 respectively, but are still in good condition with plenty of tread remaining. 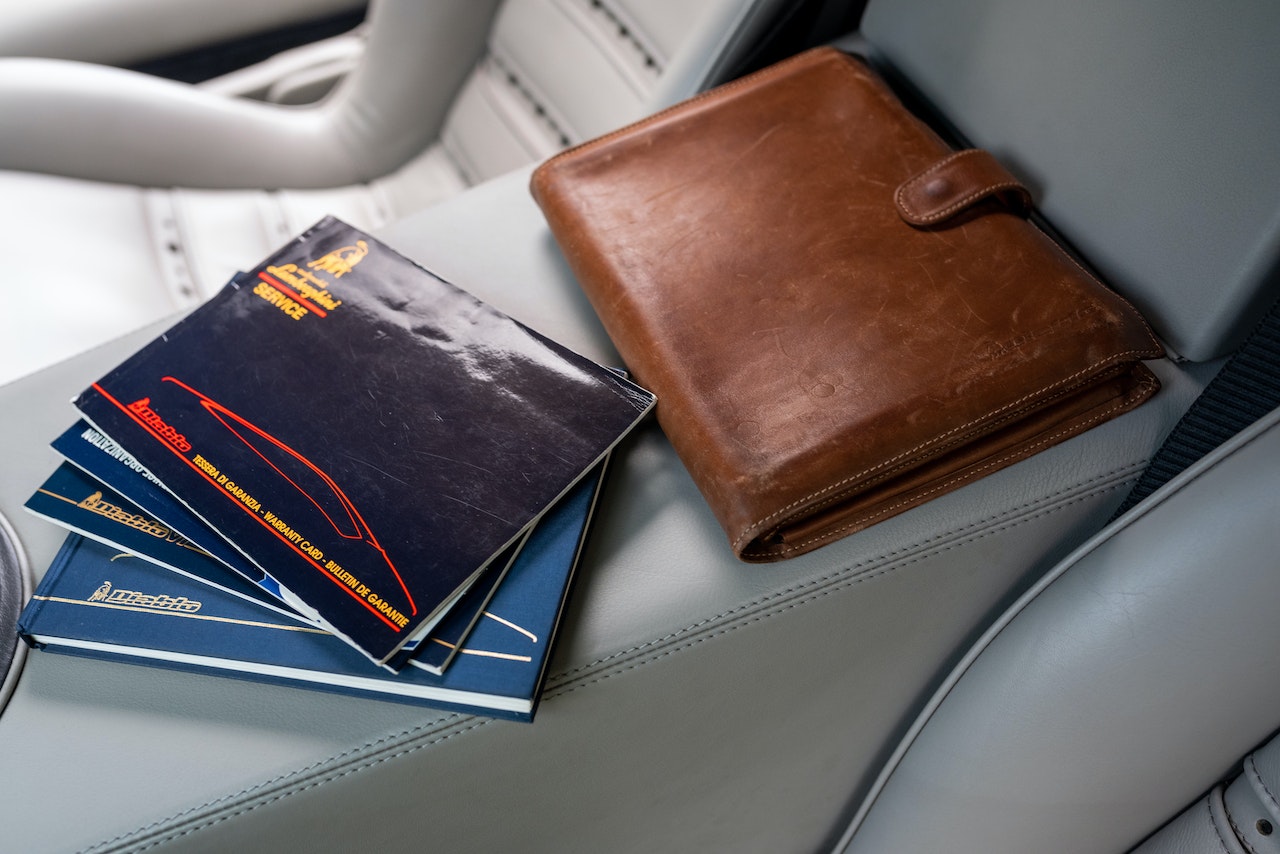 Accompanying the car is the original tan leather wallet, containing all of the supplied literature, including the owner’s manual and stamped warranty and service booklet. A set of tools is safely stored in the front boot, and the history file contains records of 15 services from new, as well as most old MOT certificates. 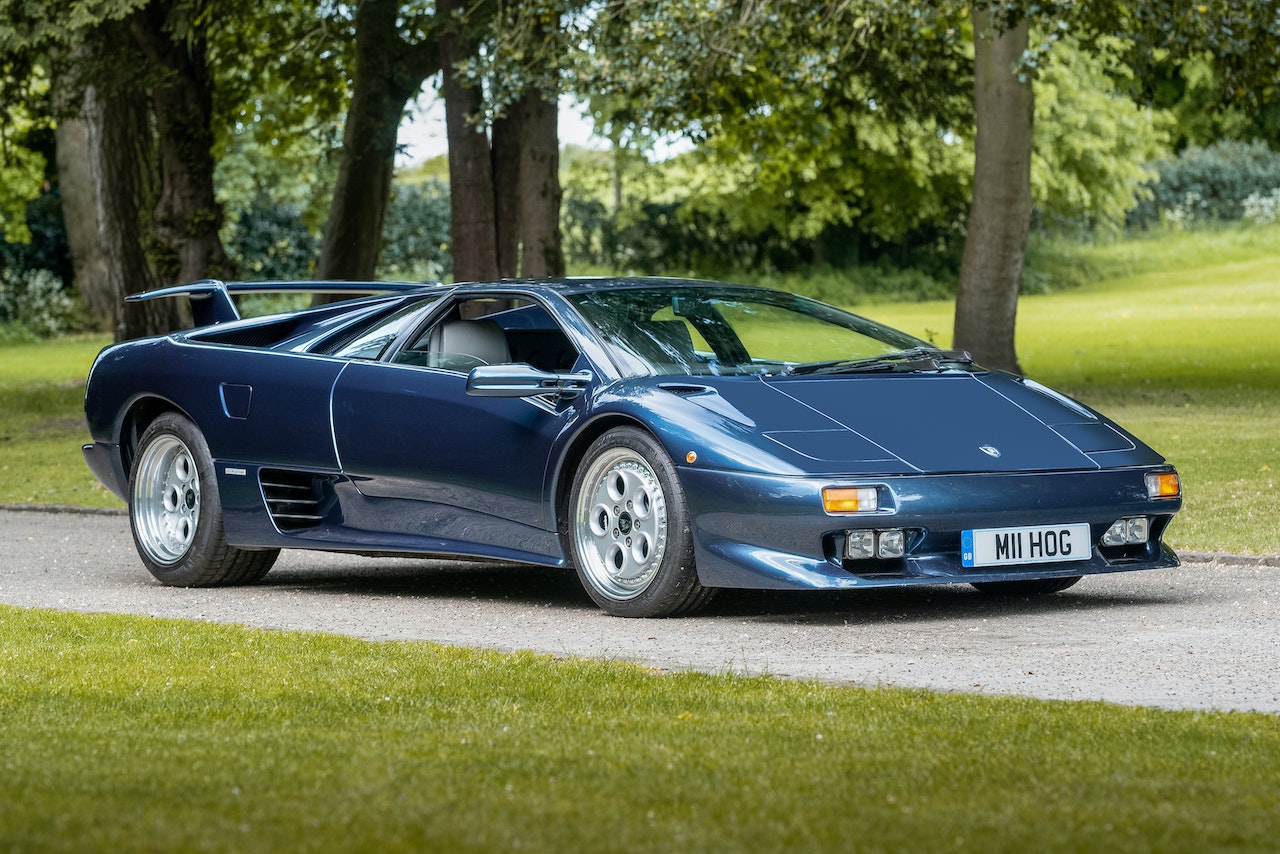 This Lamborghini Diablo VT is an iconic performance car with a huge road presence. It is a crowd-pleasing supercar that drives superbly and sounds incredible, and benefits from a very smart factory colour scheme and genuine low mileage. The Diablo is a true modern classic, and for anyone who has been seeking a stunning example to add to their collection, this is an opportunity not to be missed.