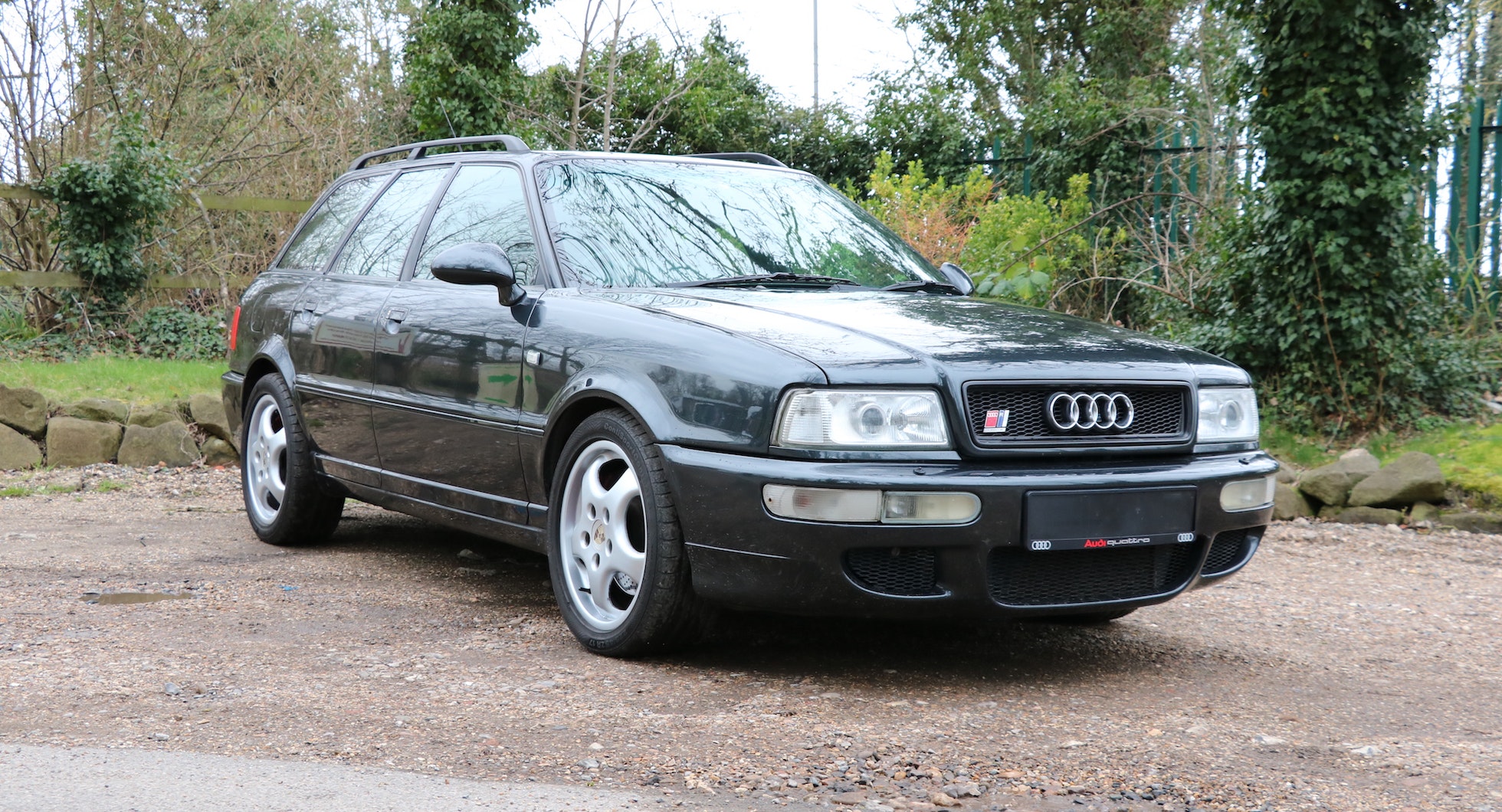 This 1995 Audi 80 Avant RS2 is a legendary performance car, presented in a handsome specification, and which has evidently been cherished by its previous owners. It is powered by the Porsche-fettled 2.2-litre turbocharged five-cylinder engine, producing around 311bhp, and is driven through all four wheels via a six-speed manual transmission and the Torsen-type quattro system. The odometer indicates 146,136 miles from new, which is believed to be correct. 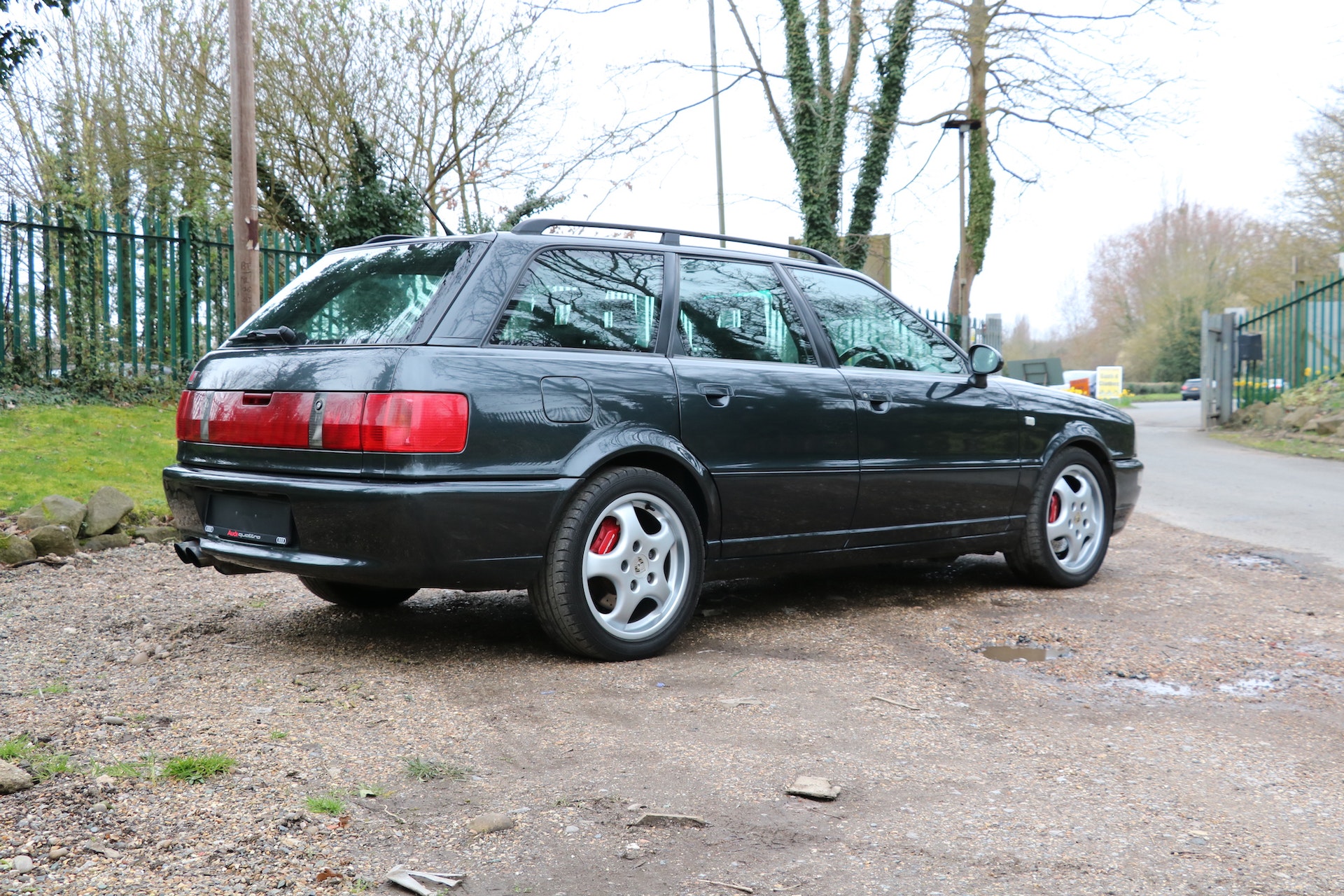 The RS2 was the result of cooperation between Audi and Porsche, taking the 80 Avant model as the basis and developing it into a giant-killing estate car. It was built at Porsche’s Rossle-Bau manufacturing facility in Zuffenhausen, with significant upgrades made to the familiar Audi engine, and the braking and suspension systems uprated to Porsche-designed components. 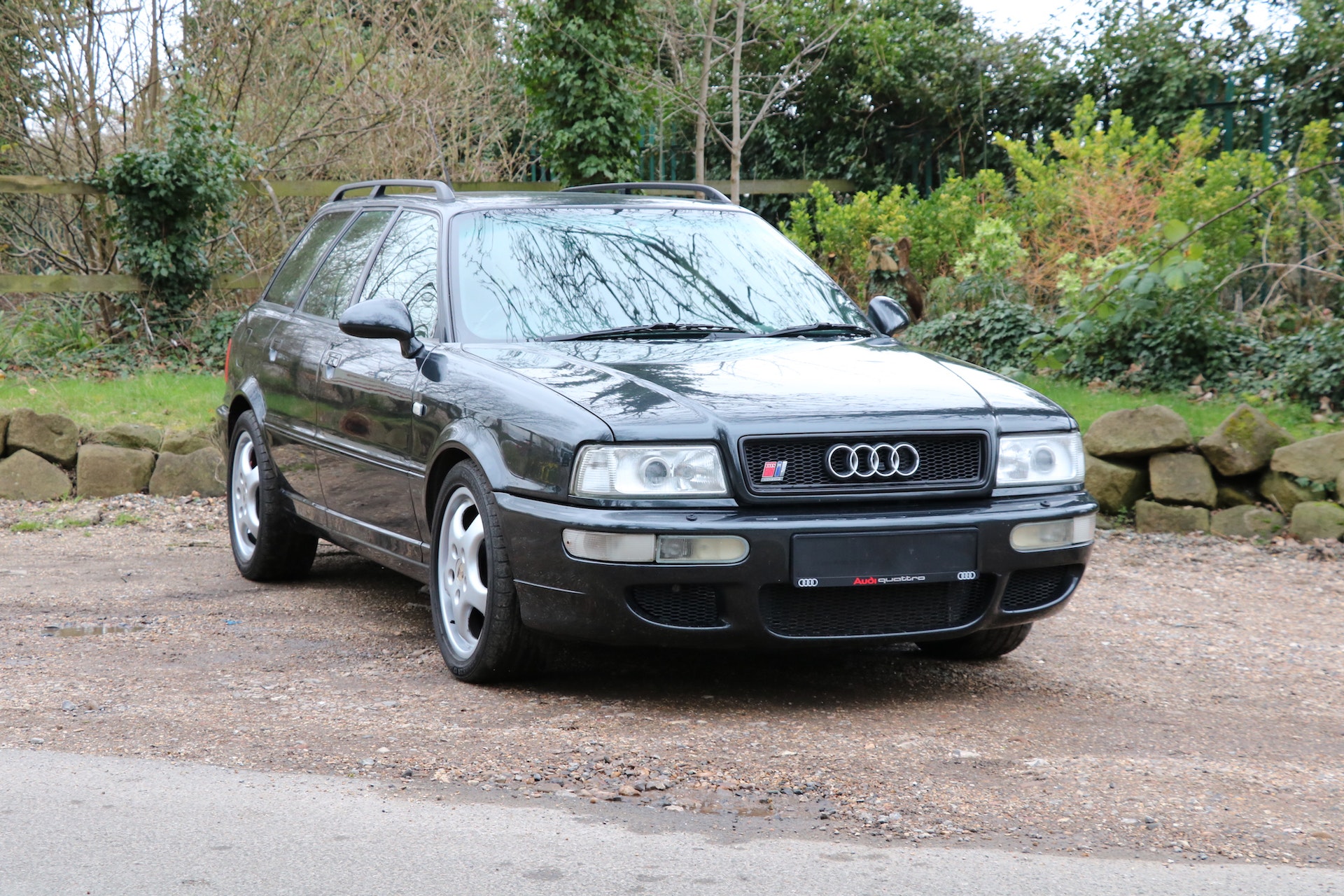 Fewer than 3,000 examples were delivered worldwide, but original UK-supplied right-hand drive cars are exceptionally rare, with only 180 units built. The RS2 was also the first model in Audi’s now legendary ‘RS’ performance line. This particular example was first registered in the UK in January 1995. It has been owned by the vendor for the last three years, who has enjoyed around 1,000 miles behind the wheel. 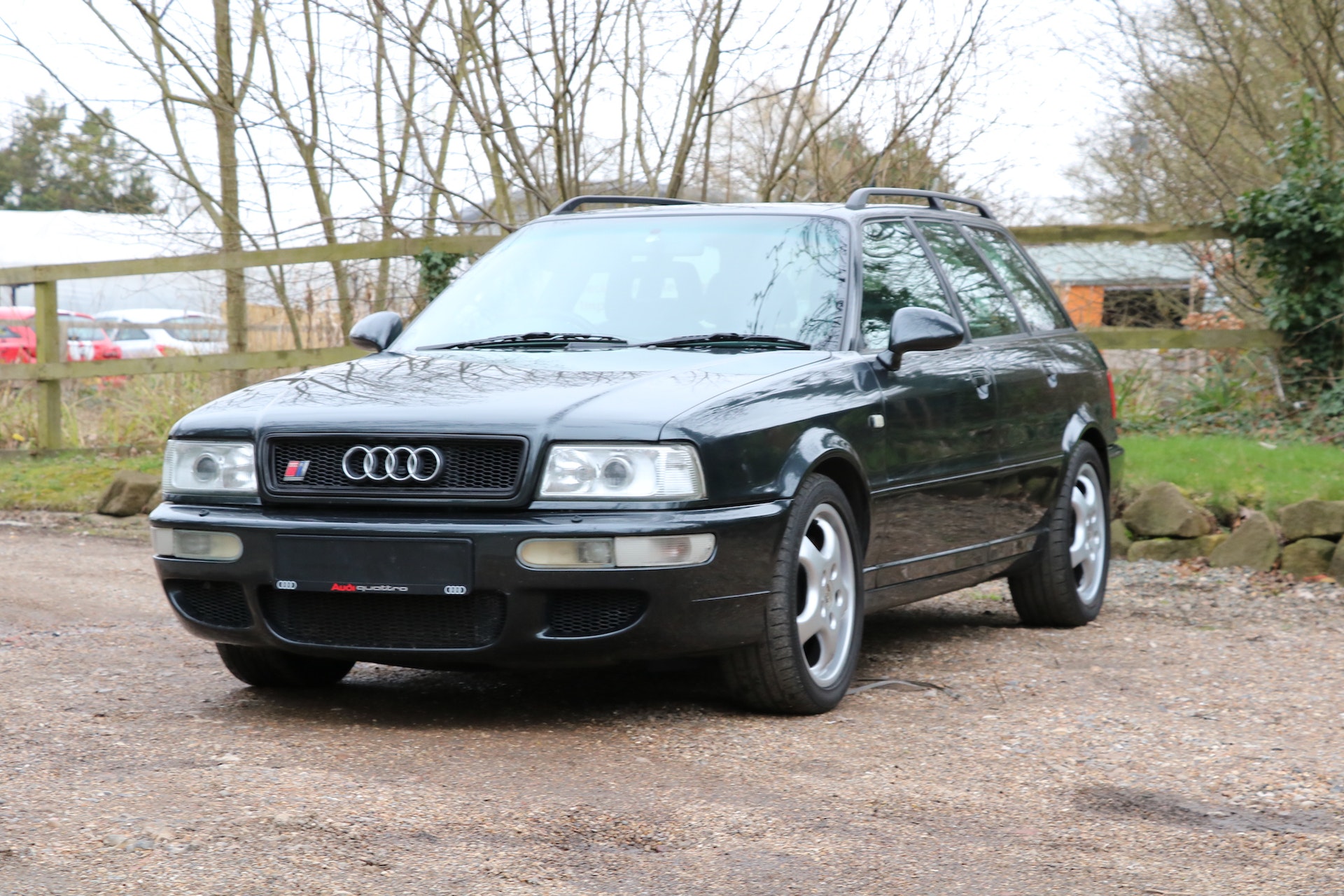 Its pearl-effect Volcano Black paintwork is the original factory colour and is in very good condition. The vendor notes that there is a light scratch on the bonnet, a small dent near the sunroof, and a blemish near the rear window. Otherwise, this is an unmodified car that presents smartly. 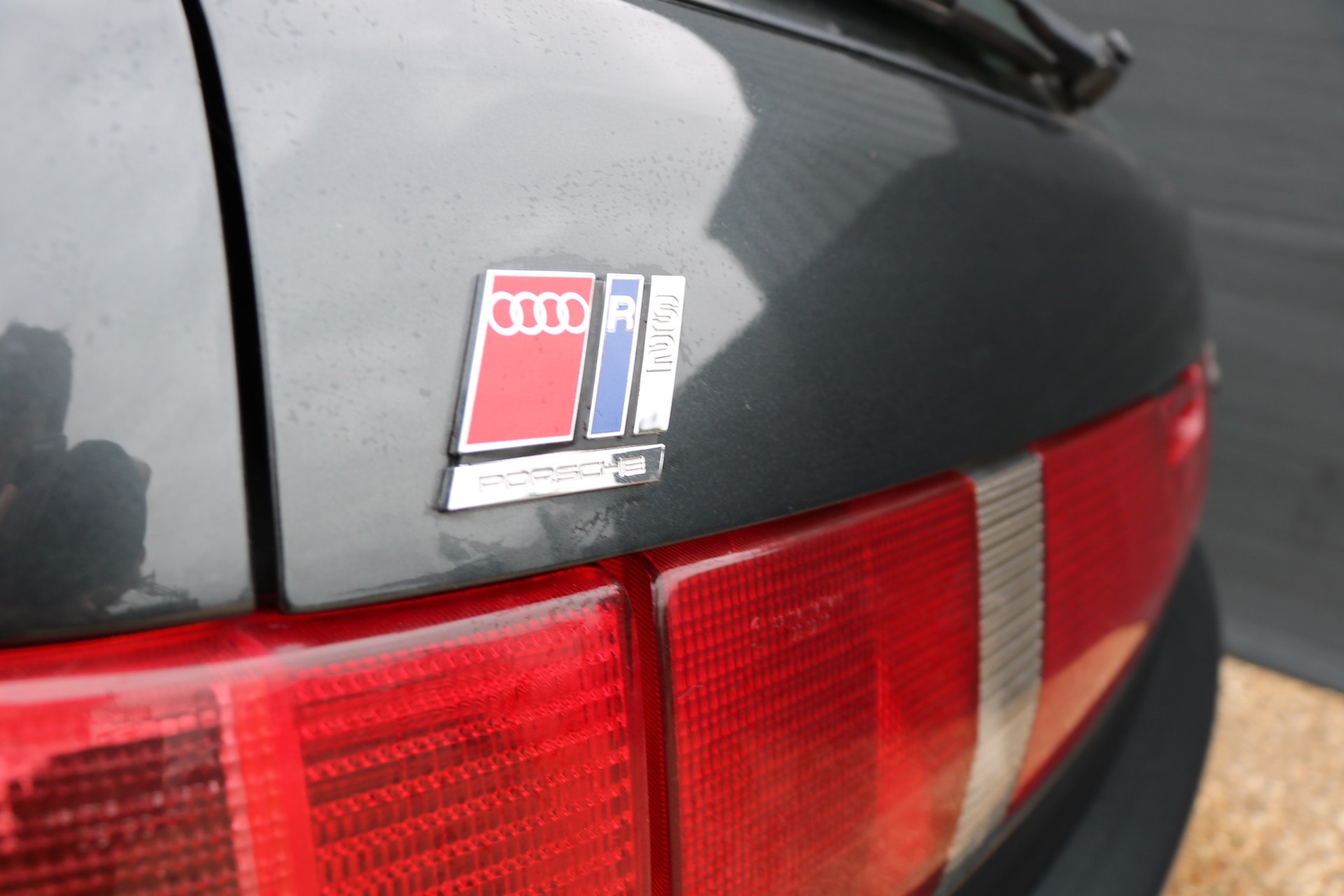 Those in the know will recall that the RS2’s wing mirrors were borrowed from Porsche, as were the 17-inch ‘Cup 1’ design alloy wheels. The latter would benefit from being refurbished to bring them up to the same standard as the bodywork, and house red painted Brembo brake calipers emblazoned with the Porsche logo. 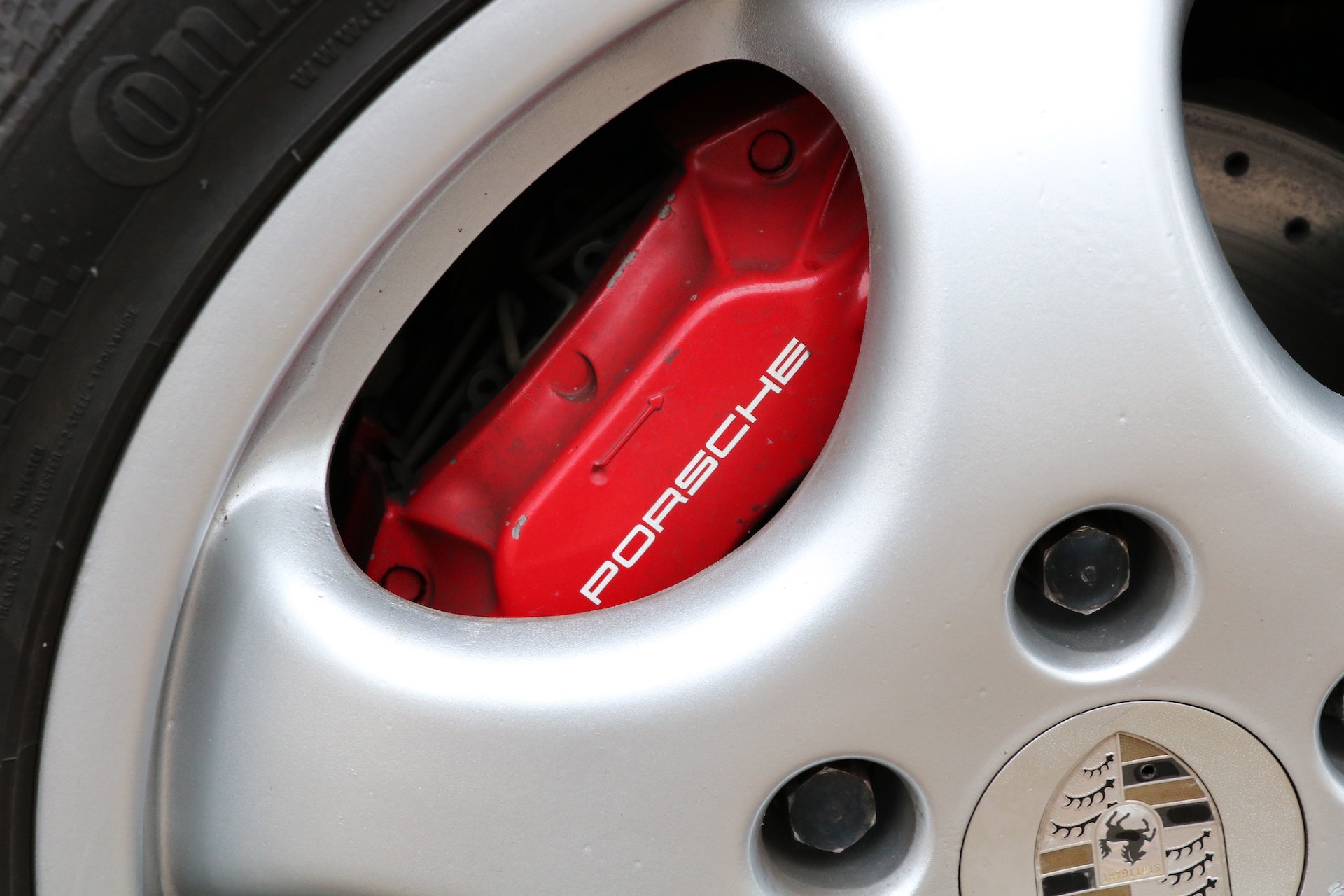 All of the door jambs, bonnet and boot shuts are all in good order, while the original factory production sticker - which confirms the full build details of the car - is retained within the body frame. 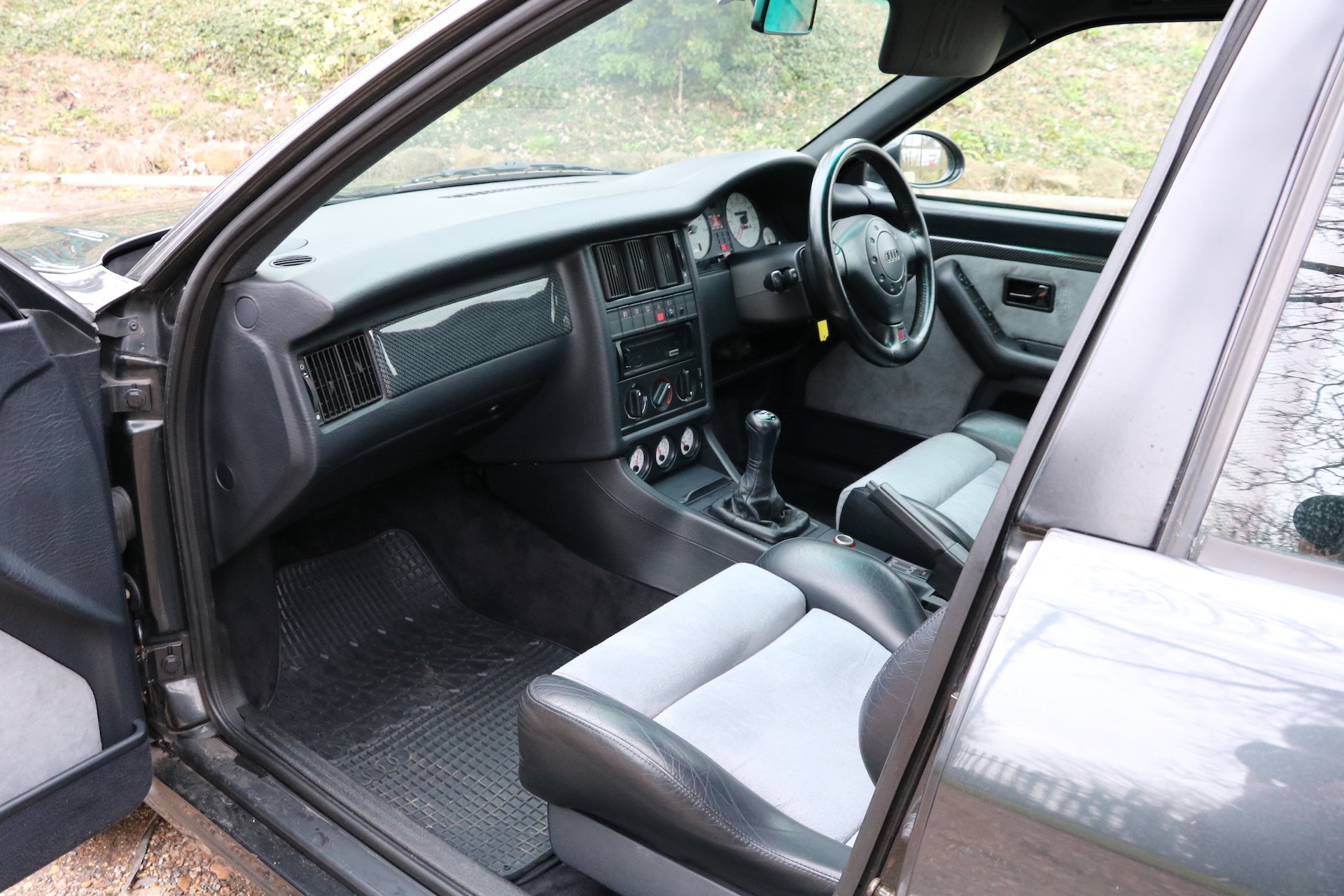 Inside, the Recaro sport seats are trimmed in a combination of black leather and grey Alcantara. The upholstery is in great shape, with some discolouration and scuffs on the driver’s seat bolster as you would expect, but little other wear to speak of. Overall, the excellent condition certainly belies the mileage. 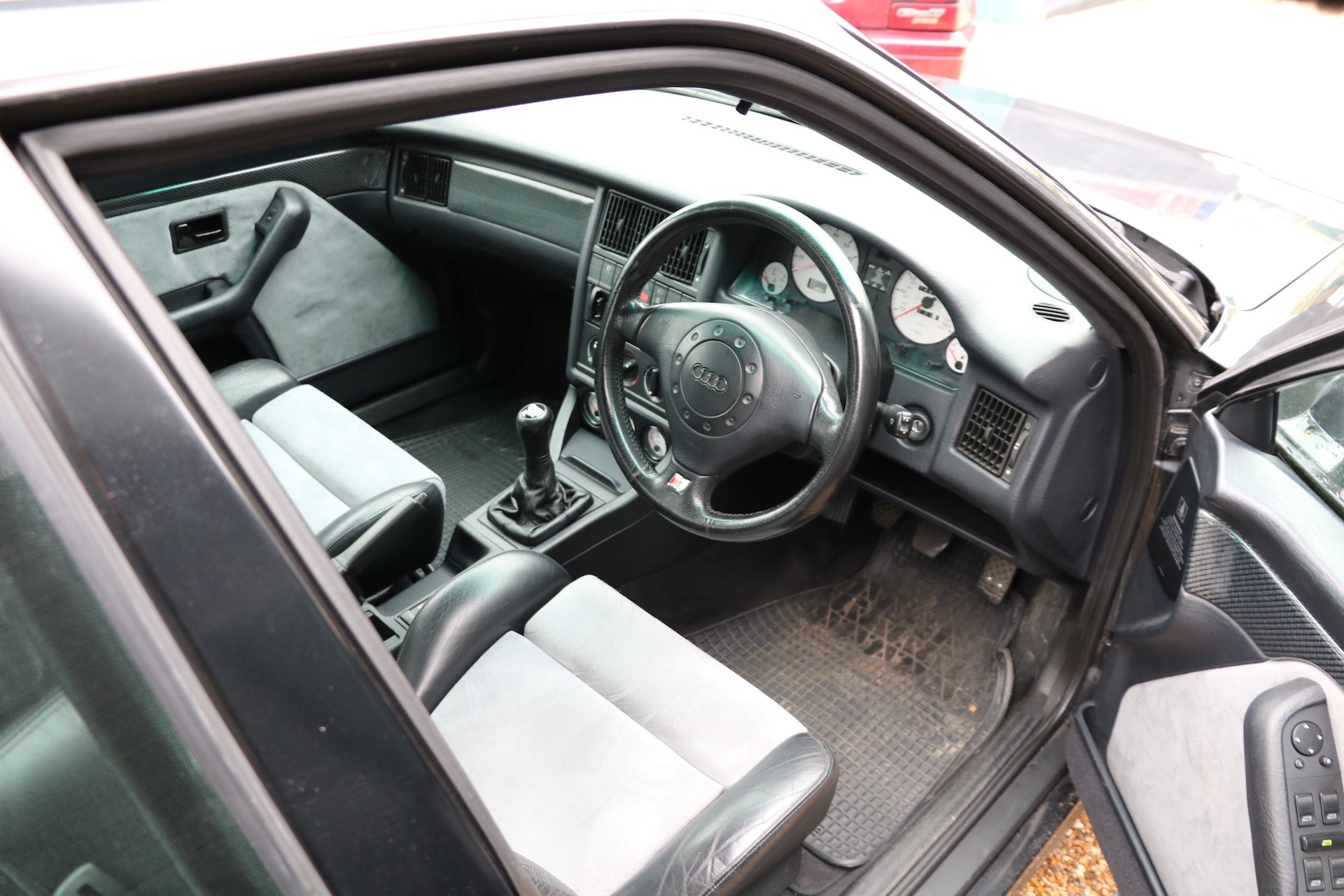 The grey Alcantara extends to the finish of the door card panels, where there is also high-gloss carbon-fibre trim that is carried across onto the dashboard. All of the instrument dials have the correct white fascias. 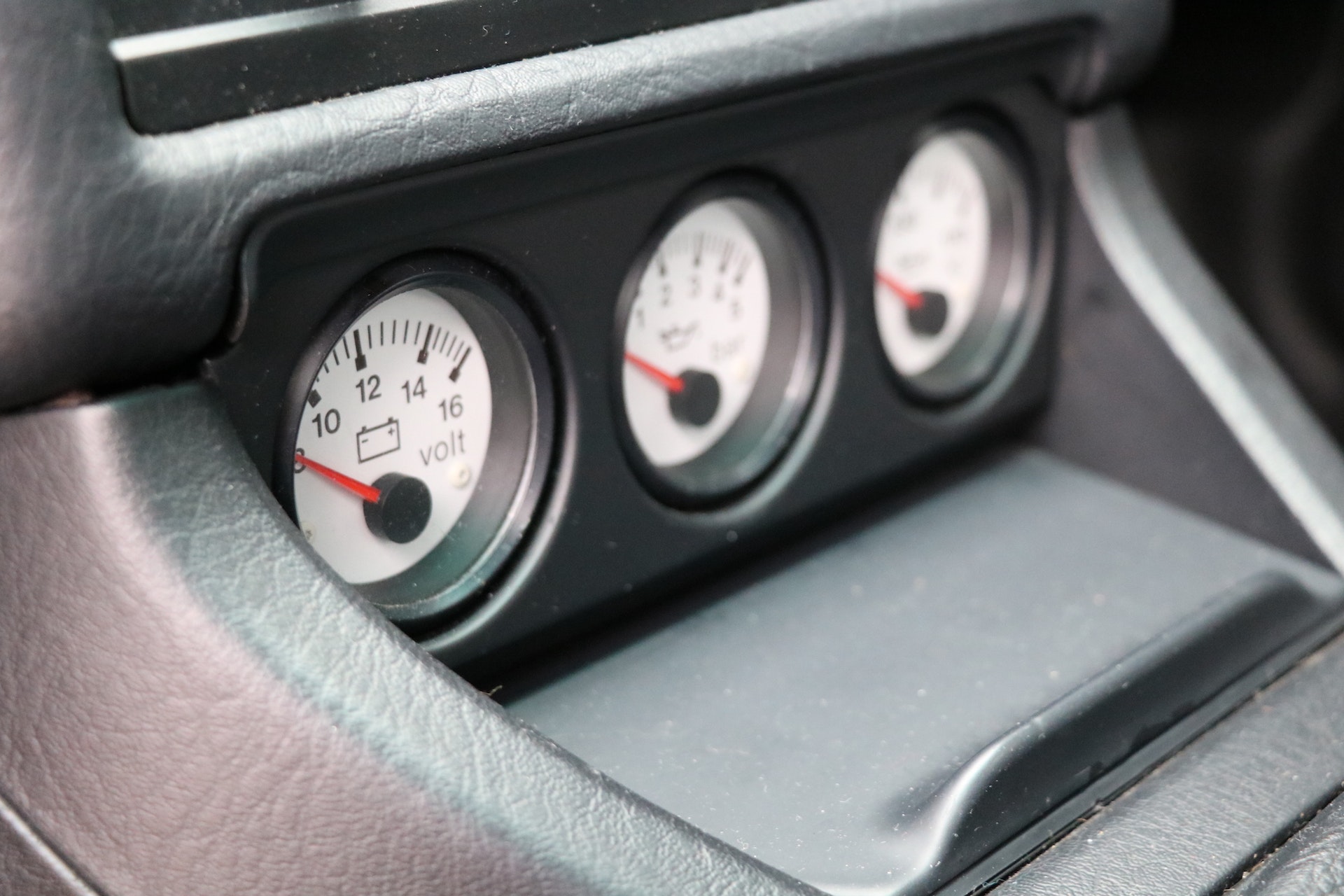 The steering wheel and gear knob appear to be the original factory items, while there is a contemporary Sony stereo head unit fitted in the dashboard. Above the driver and front passenger, the sunroof mechanism works as it should. At the back of the car, the luggage area presents very smartly, with all of the boot carpet in good order. 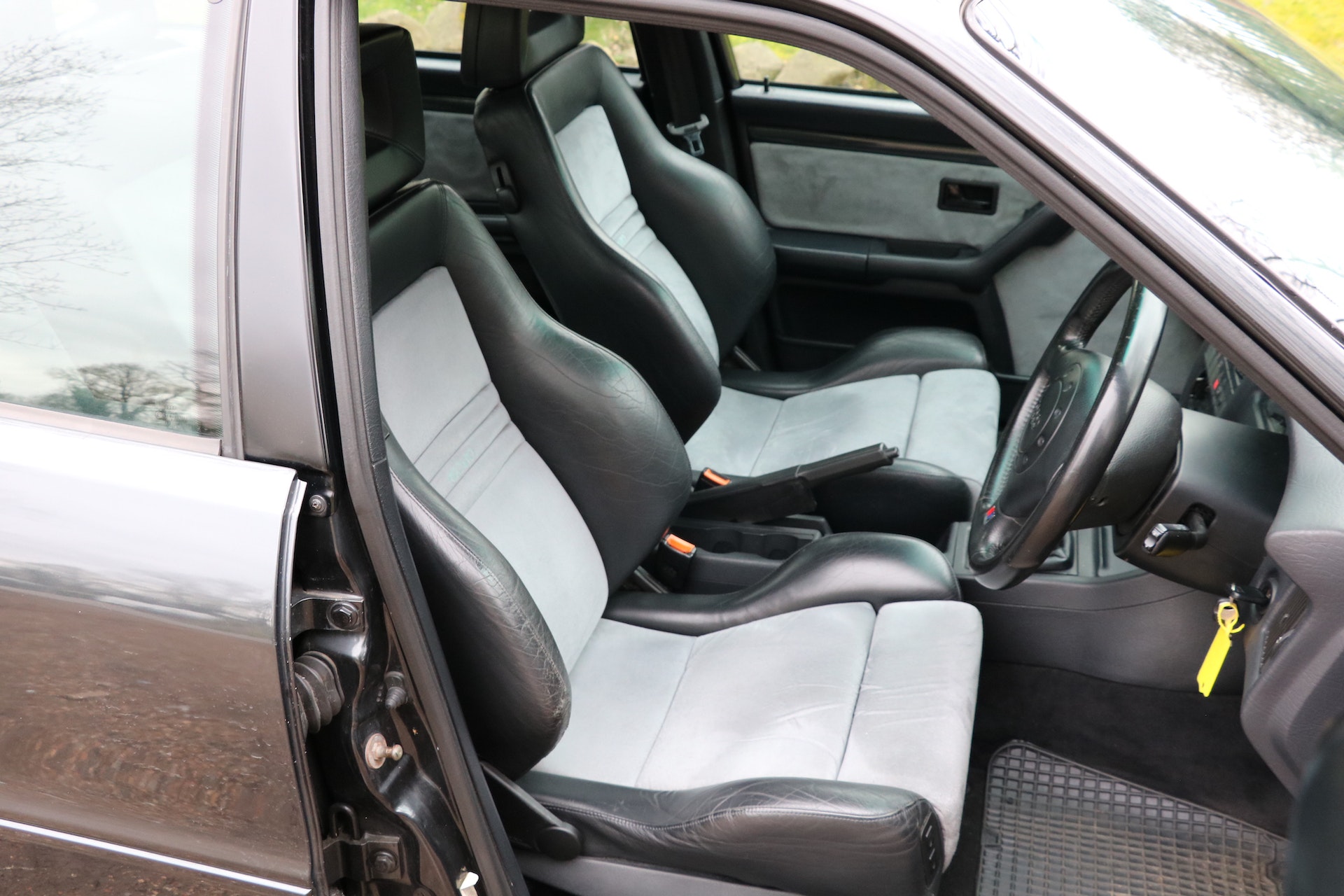 Its last scheduled maintenance was in March 2019 by Audi performance specialist QST in West Sussex, which comprised an oil service, four wheel alignment and a new throttle body hose. Prior to this, it was also serviced in both 2017 and 2016, with the latter including renewal of the cambelt - around 2,000 miles ago. 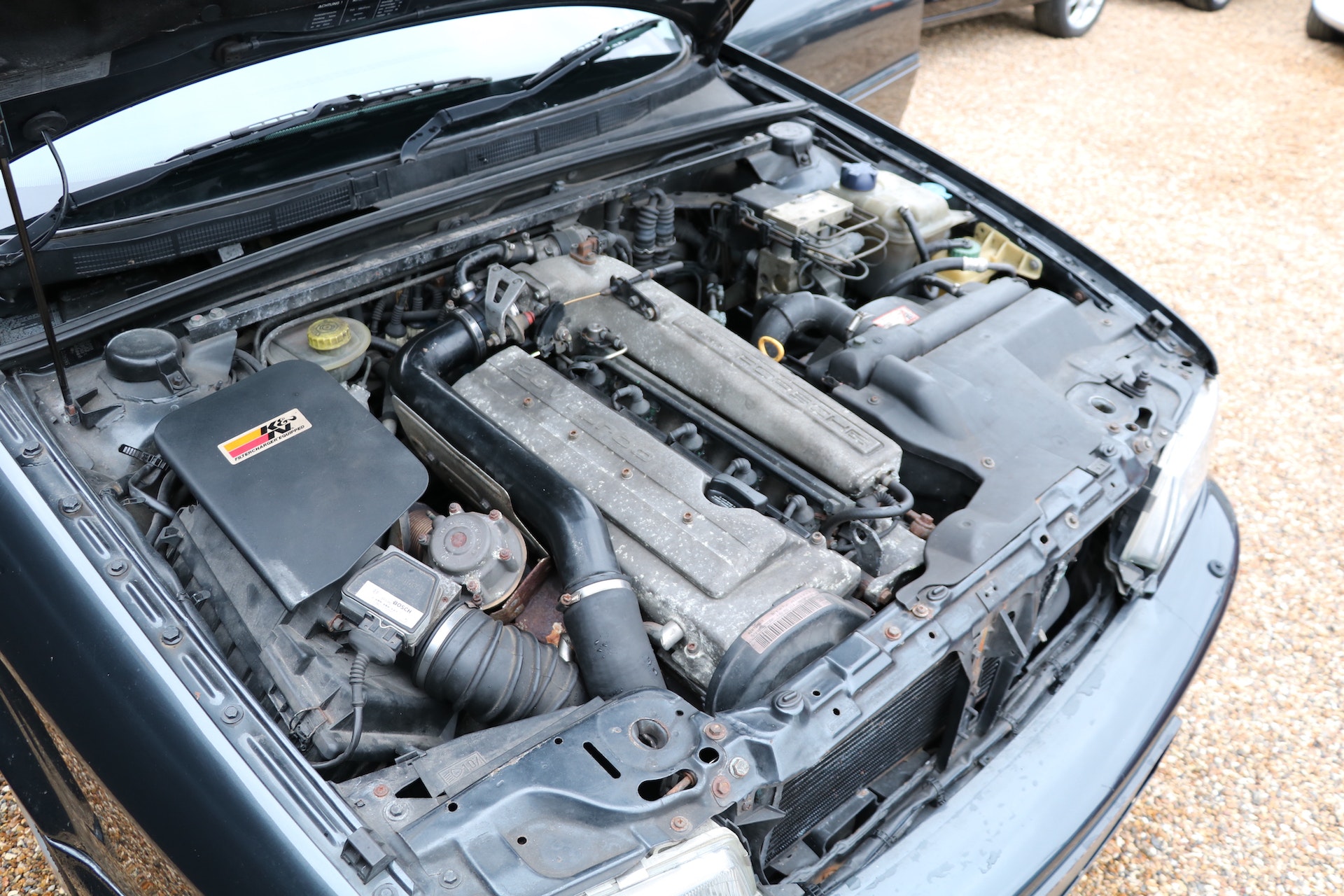 The most recent MOT test was in March 2019 at 146,143 miles. A defect was found with a deteriorated CV joint boot, which was immediately replaced. It was then retested on 6 March and was given a clean pass with no advisories. The Porsche wheels are shod in Continental SportContact 3 tyres in size 225/45 R17 all round, which have plenty of tread remaining. 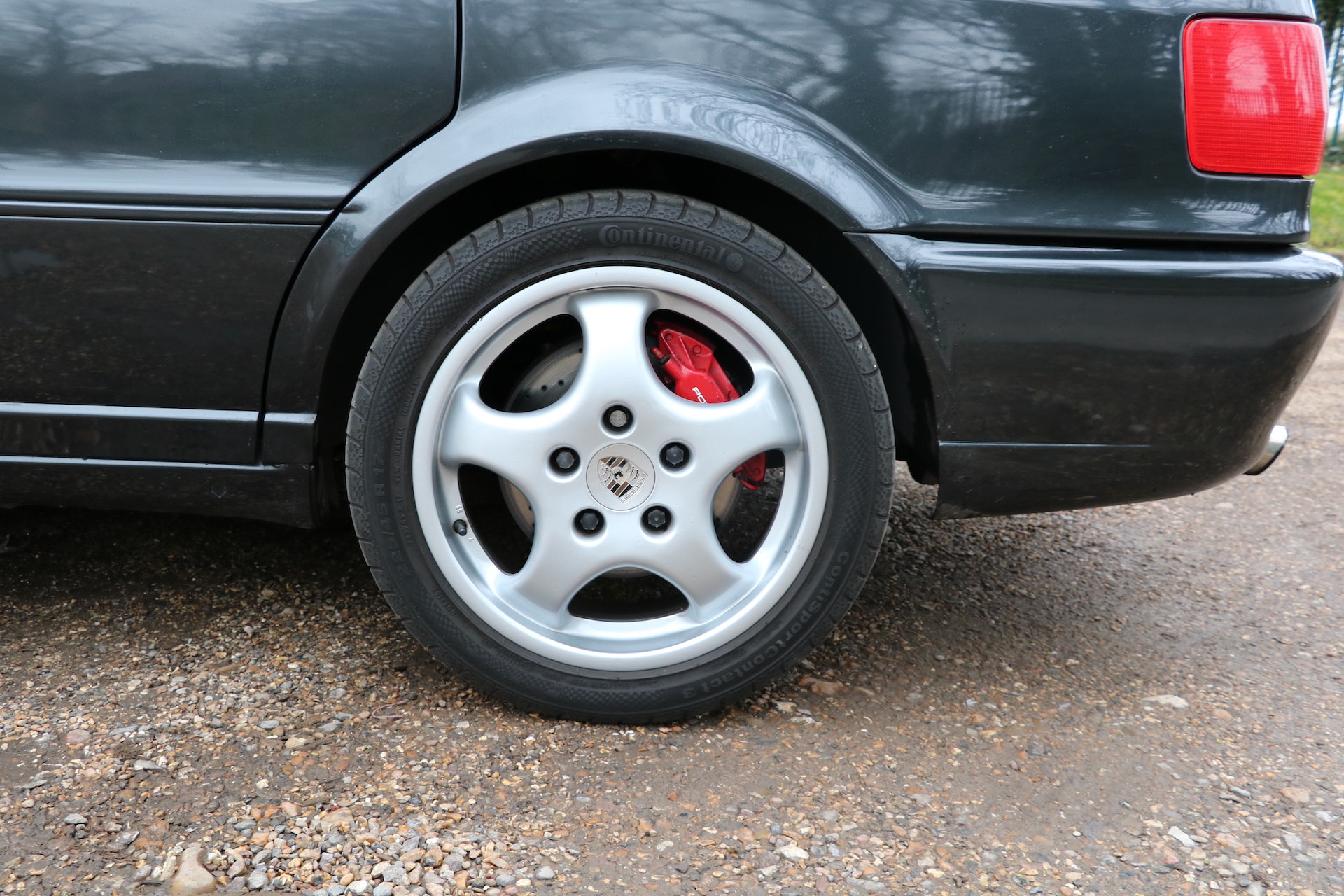 It is accompanied by the original book pouch, including the driver’s manual and a duplicate maintenance record, as well as two folders full of old service receipts, invoices and MOT certificates. 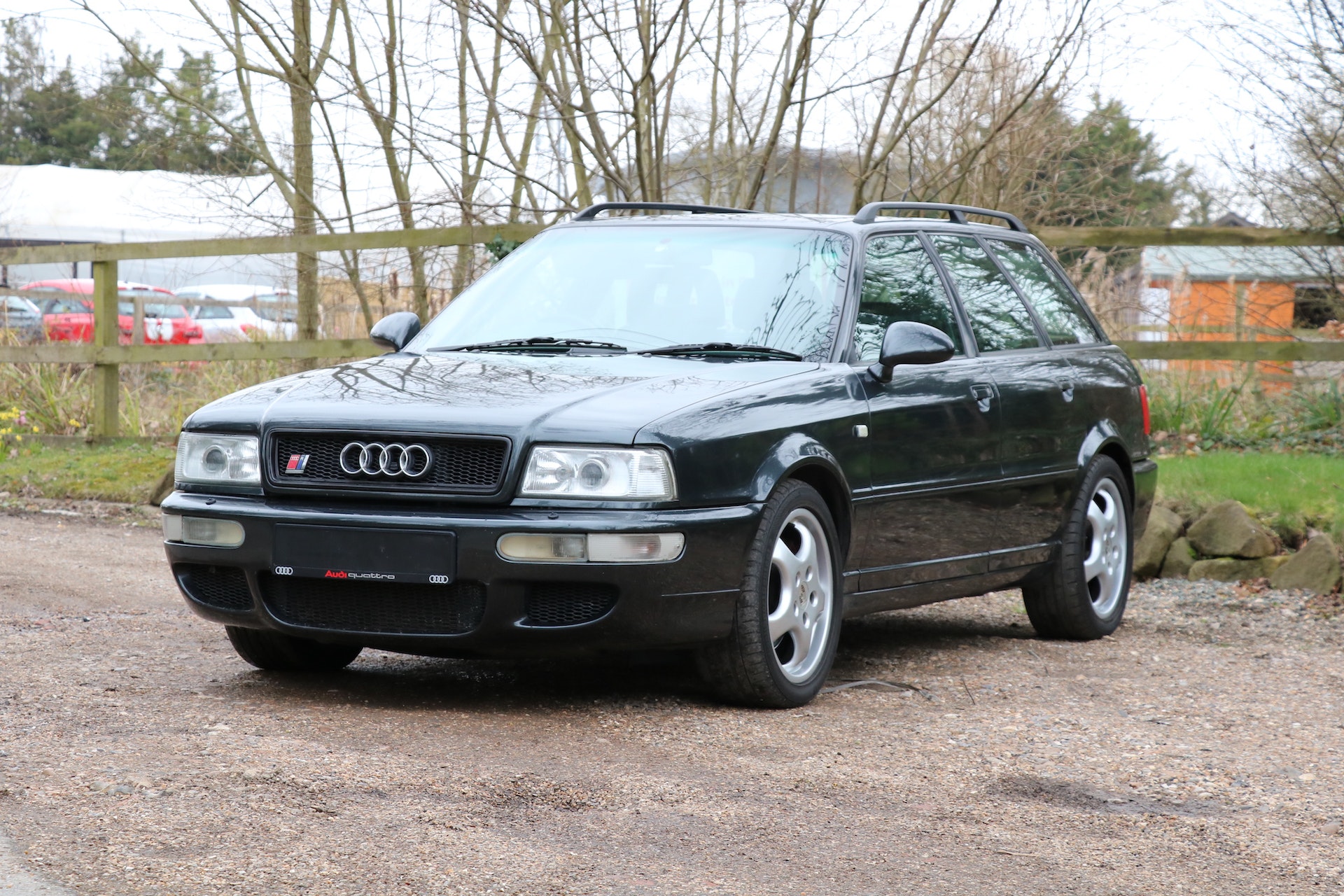 This Audi 80 Avant RS2 is a superb example of an iconic 1990s performance car. It is presented in original and unmolested condition, and in a discreet but handsome factory colour scheme. For enthusiasts who have been seeking an RS2 that can be readily enjoyed, this is surely the car they have been waiting for.