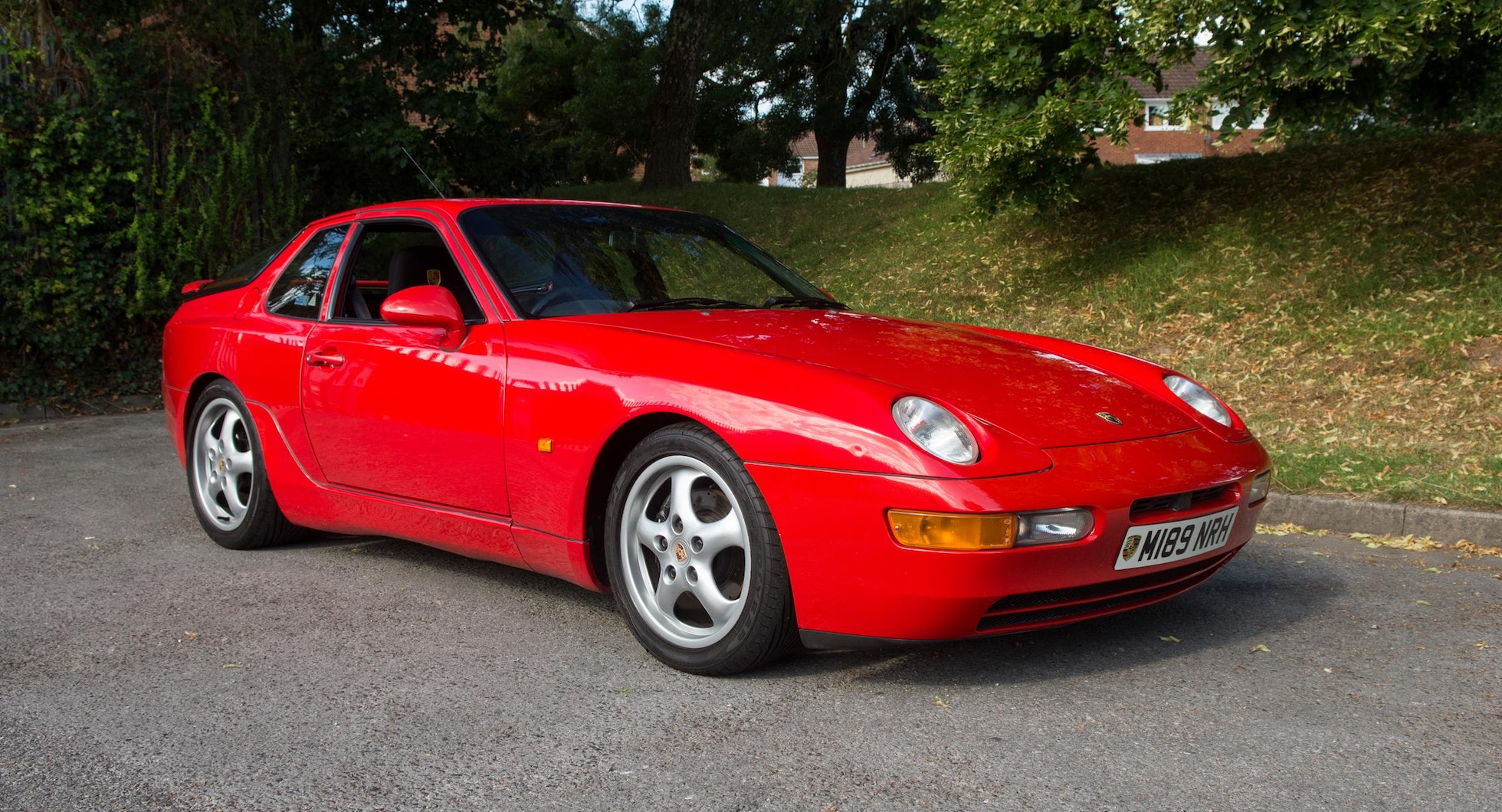 This 1994 Porsche 968 Club Sport is a sought-after model in very good condition, which remains in original factory specification. It is powered by the all-aluminium 3.0-litre four-cylinder engine, driven through a six-speed Getrag manual transmission. The odometer now shows 88,627 miles - relatively low for a Porsche of this age - which is the accurate mileage from new. 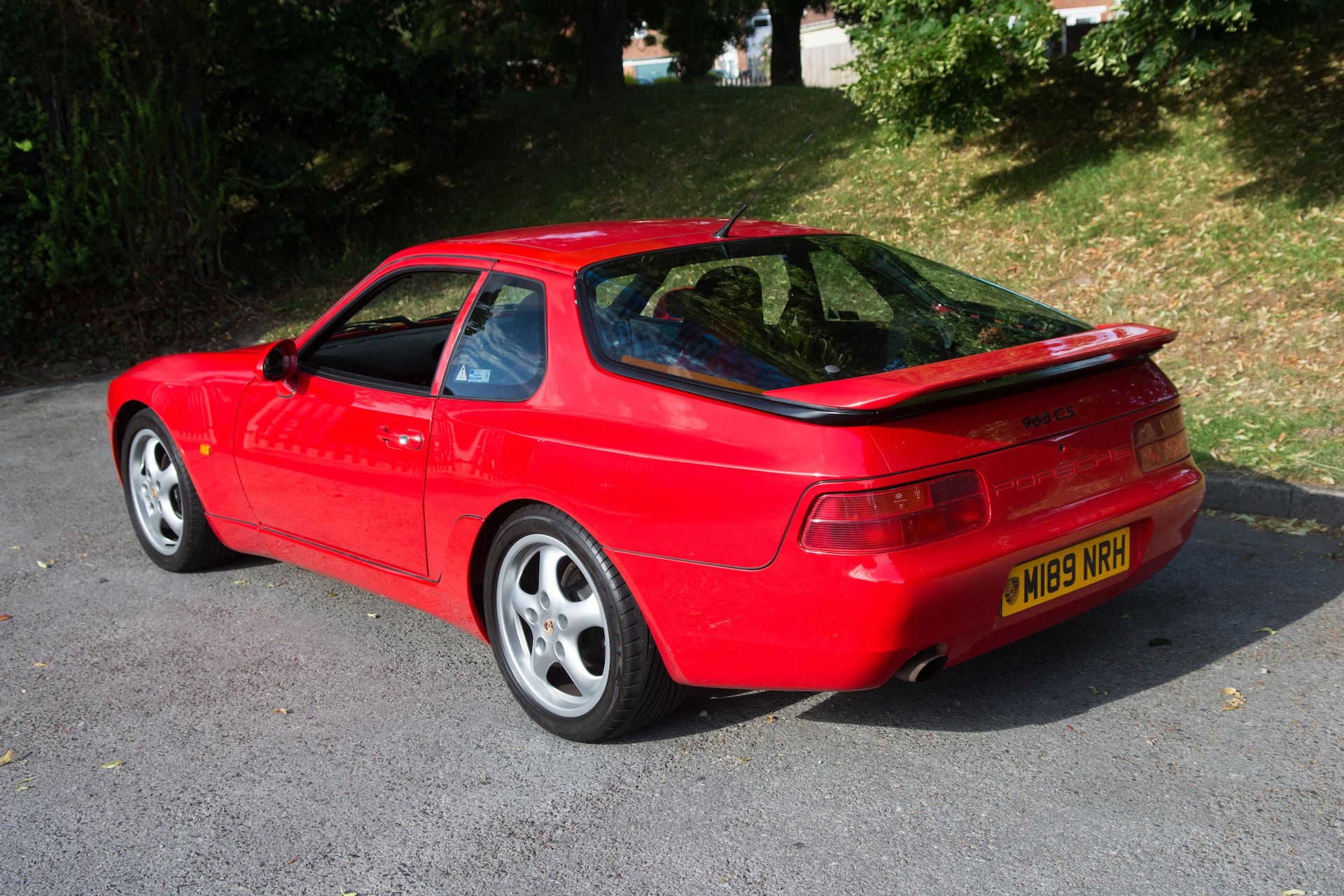 Understood to be one of just 179 cars originally delivered to the UK, it was supplied new via the Lancaster Cambridge main dealer and was first registered in September 1994. The first owner was eager to enjoy the car, covering just over 2,000 miles in their first month of ownership before the first service in October 1994. 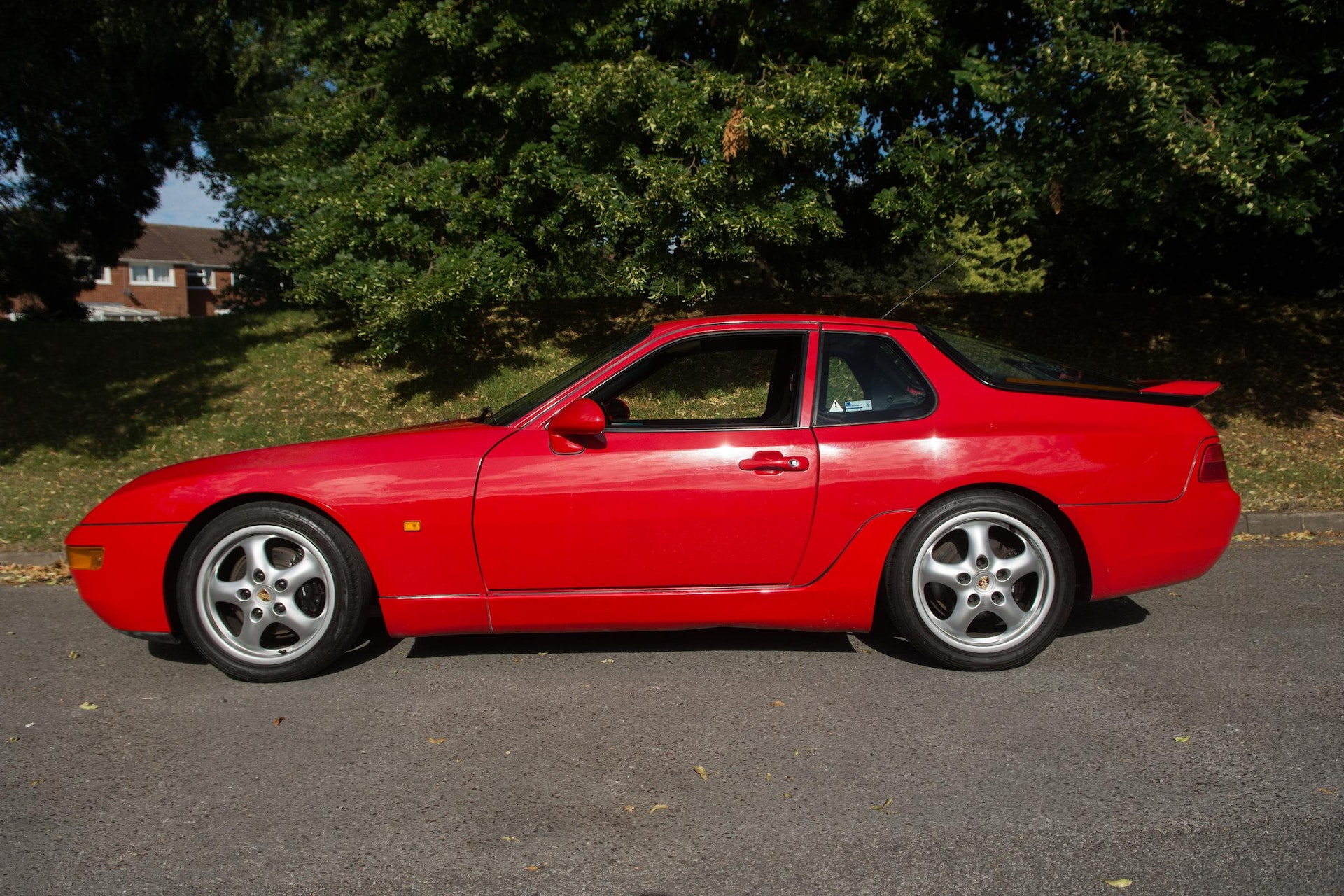 The previous owner of this 968 Club Sport was a Porsche enthusiast in Jersey, who let the current owner experience the car during a road trip to France seven years ago. This planted the seed for a future deal, and two years later it passed from the Jersey owner to the man who is now offering the car for sale. 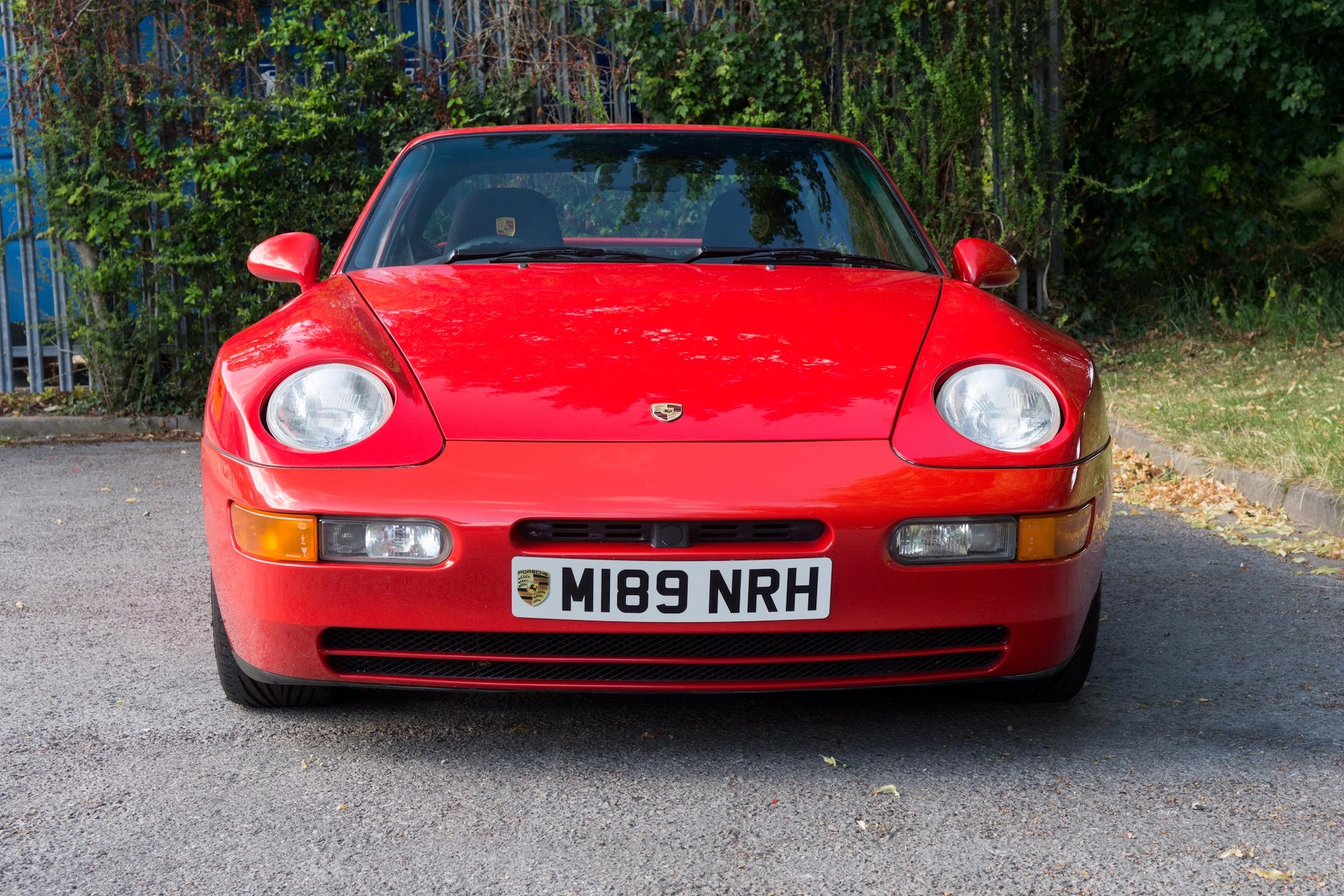 It is presented in the popular Guards Red colour, which is believed to be the original paint. There is a handful of stone chips on the nose and sills, as well as a couple of small scuffs, as you would expect to see on a 25-year-old unrestored car. The paintwork is also starting to lose its lustre in places. It sets on a factory-correct set of 17-inch silver alloy wheels in the ‘Cup 2’ design, which are in generally good order. 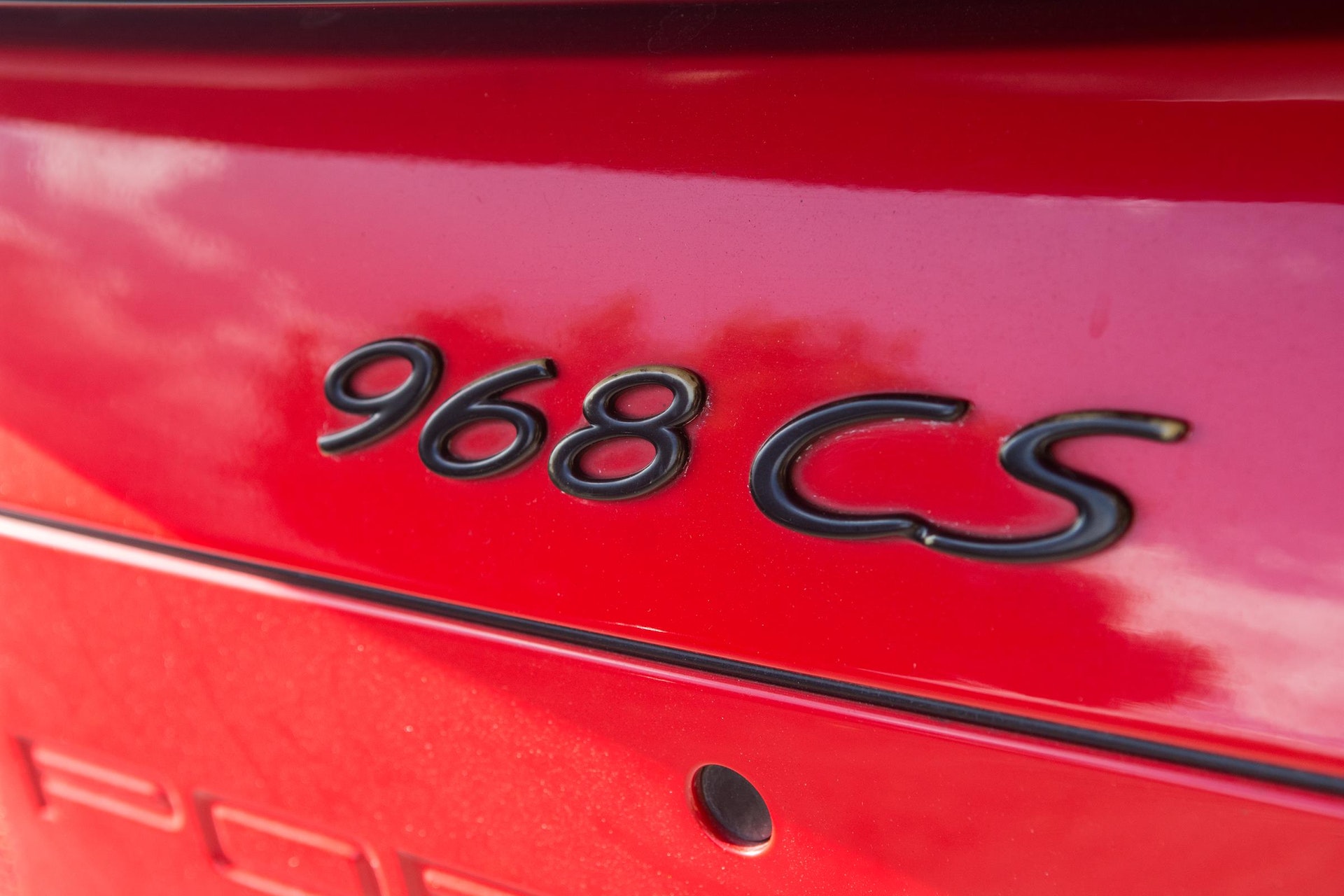 The factory-fitted sunroof tilts, lifts out and clips back in as it should. All of the door, bonnet and boot shuts are in very good condition, and the sills are finished in the metal ‘Porsche’ branded kick plates. The glass and seals are very tidy, with the only notes being some delamination at the top edge of the rear screen, and that the door handle gaskets would benefit from being renewed. 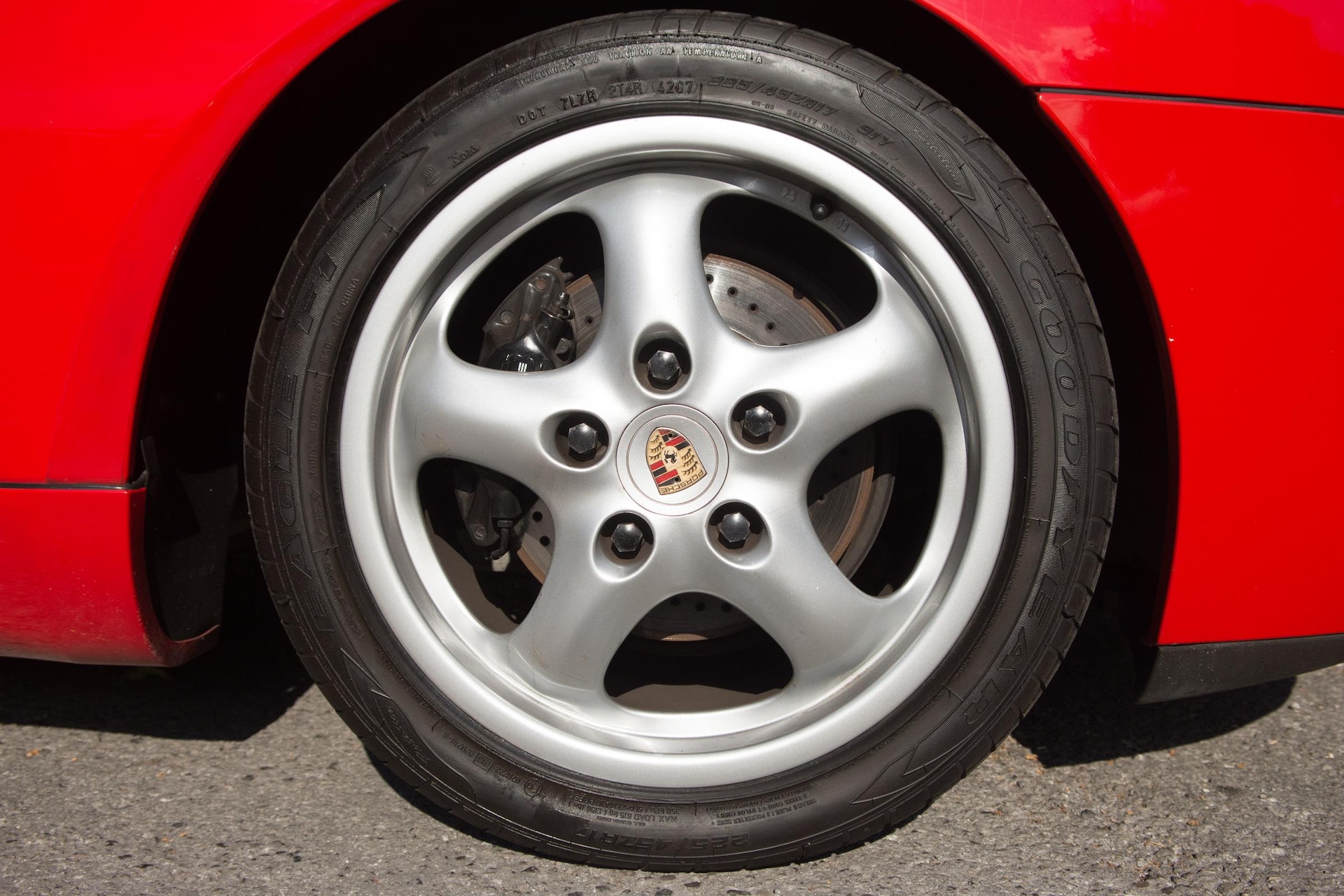 Inside, this 968 Club Sport features black cloth upholstery on the red Recaro bucket seats. The door cards, dashboard, steering wheel and gear knob remain original, with the only additions being an air-conditioning unit and a Sony radio and 10-disc CD player. The latter was installed during the last keeper’s ownership, as he often took the car to the warmer climes in France. Other than some wear on the shoulder section of the driver’s seat bolster, the interior is in excellent condition. 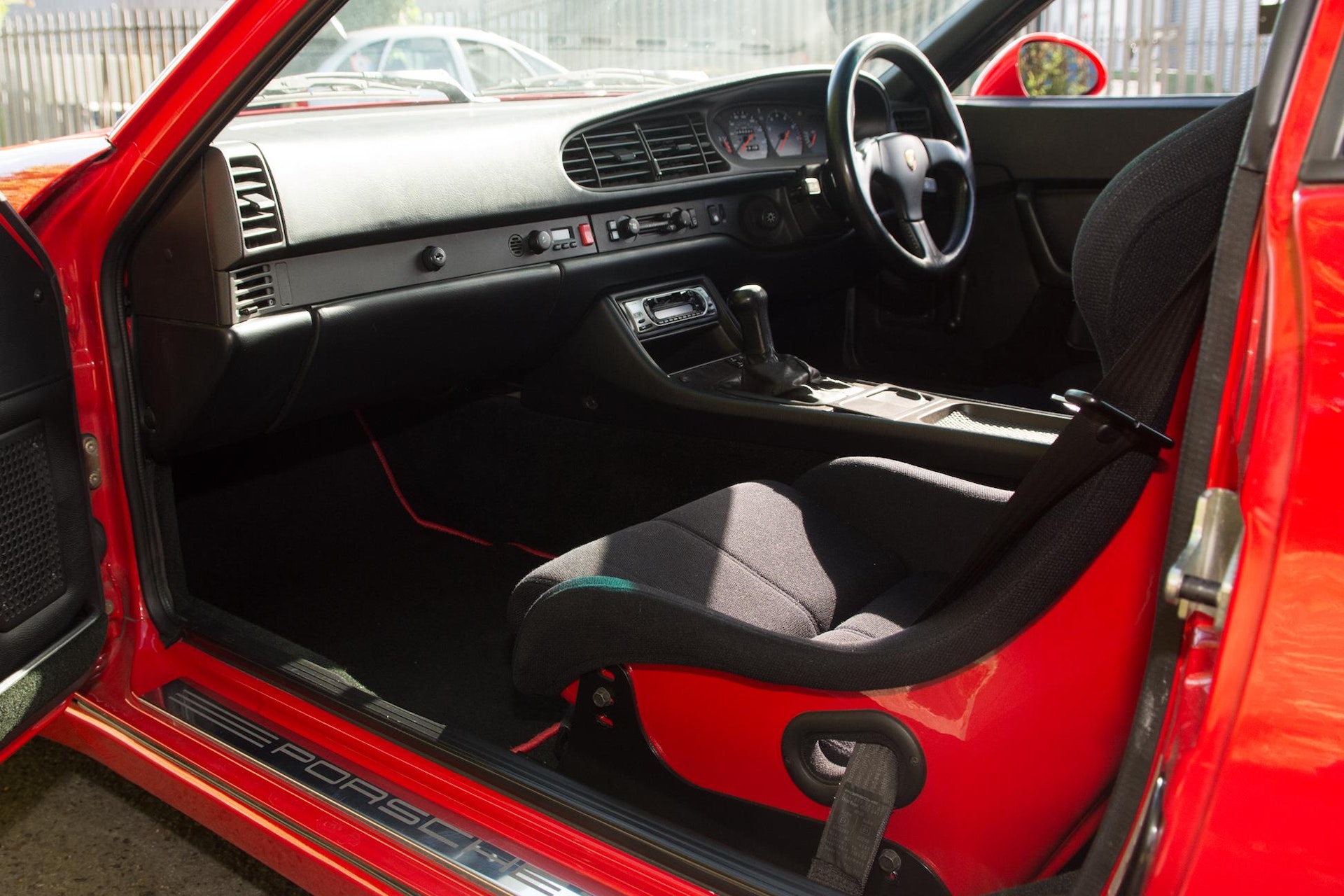 The engine bay is clean and tidy, and reflects the conscientious maintenance from new. In the first five years of its life, the car covered an average of 11,000 miles per year. It has been driven more sparingly over the last 20 years, but has still been well-maintained. Its last service was in May 2014 at 83,896 miles, after which the car covered just 5,000 in the next three years. It has been in dry storage, but started and run regularly, for the last two. Following a successful auction, the vendor has confirmed that the car will be fully serviced and the cambelt will be renewed, before handing over to the new owner. 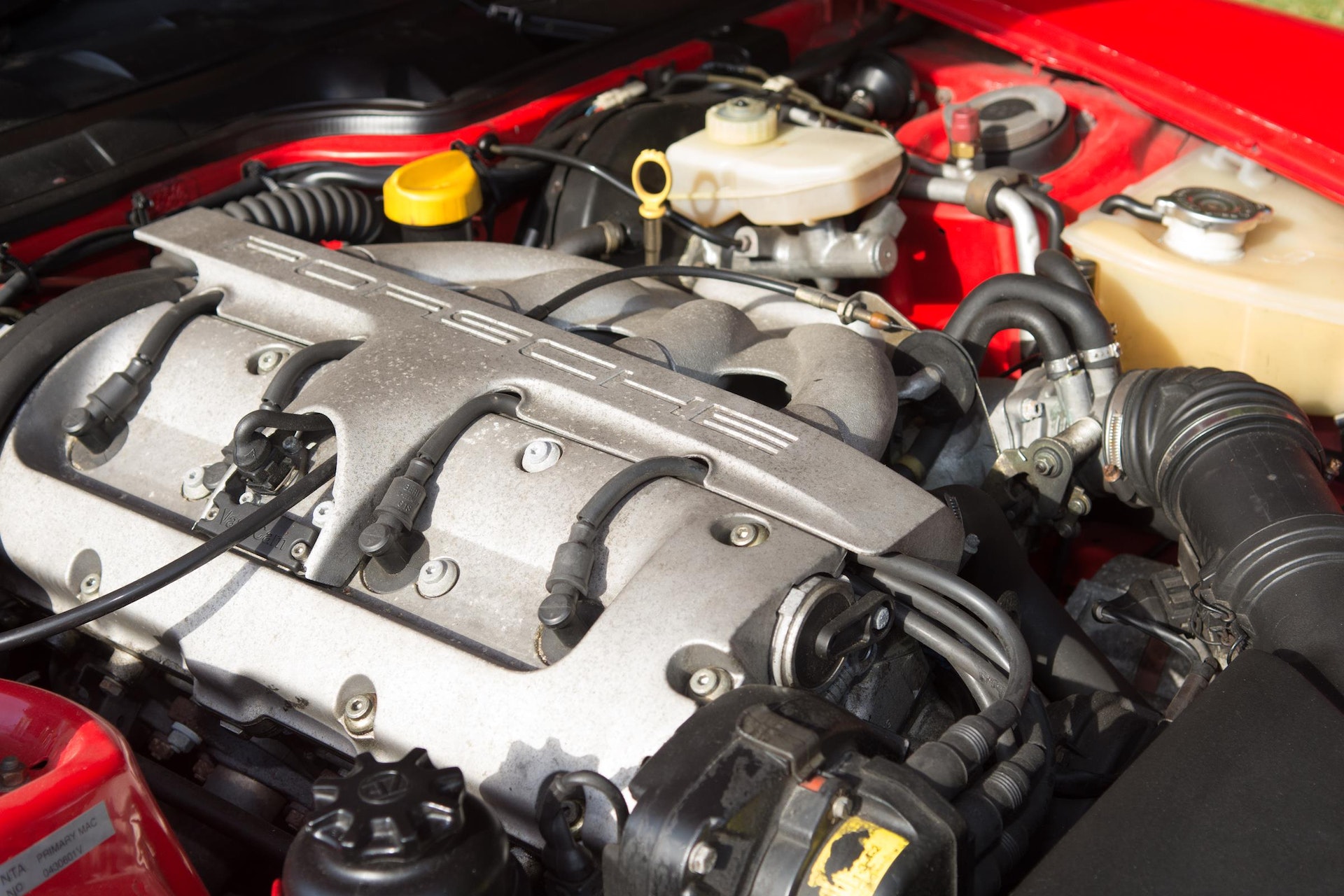 The most recent MOT was in August 2017 at 88,530 miles, and the car has barely driven 100 miles since then. The vendor has confirmed that the car will be given a fresh MOT following a successful auction. It is fitted with a matching set of Goodyear Eagle F1 tyres in size 225/45 ZR17 at the front and 255/40 ZR17 at the rear, and the front pair would now benefit from replacement. 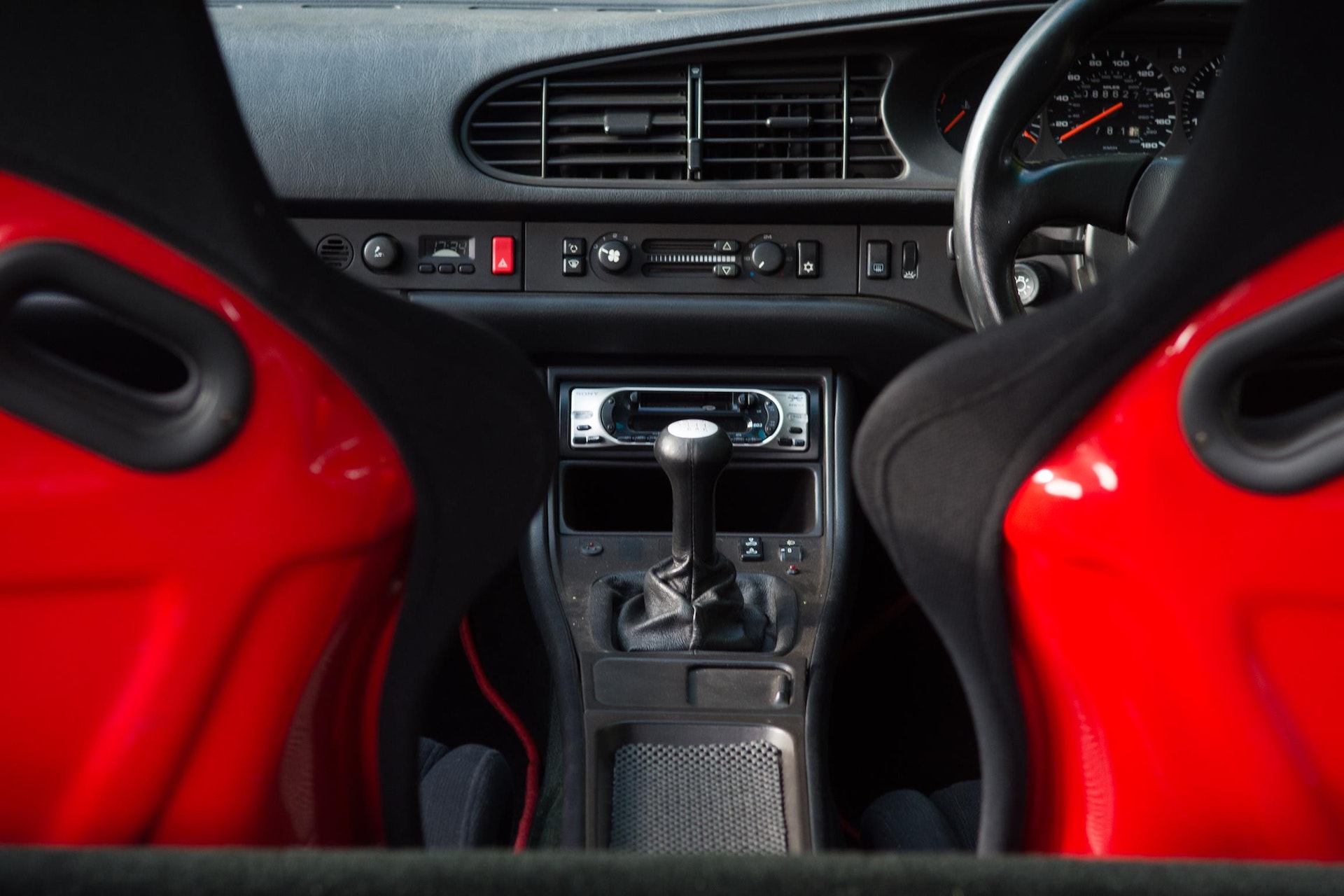 It is accompanied by the original leather wallet, owner’s manual and stamped service history booklet, as well as a handbook for the Sony stereo system. An official Porsche Certificate of Production is also supplied, which confirms the original specification and factory options. There are two alarm fobs, two immobiliser fobs and three keys, as well as an indoor car cover in matching red. 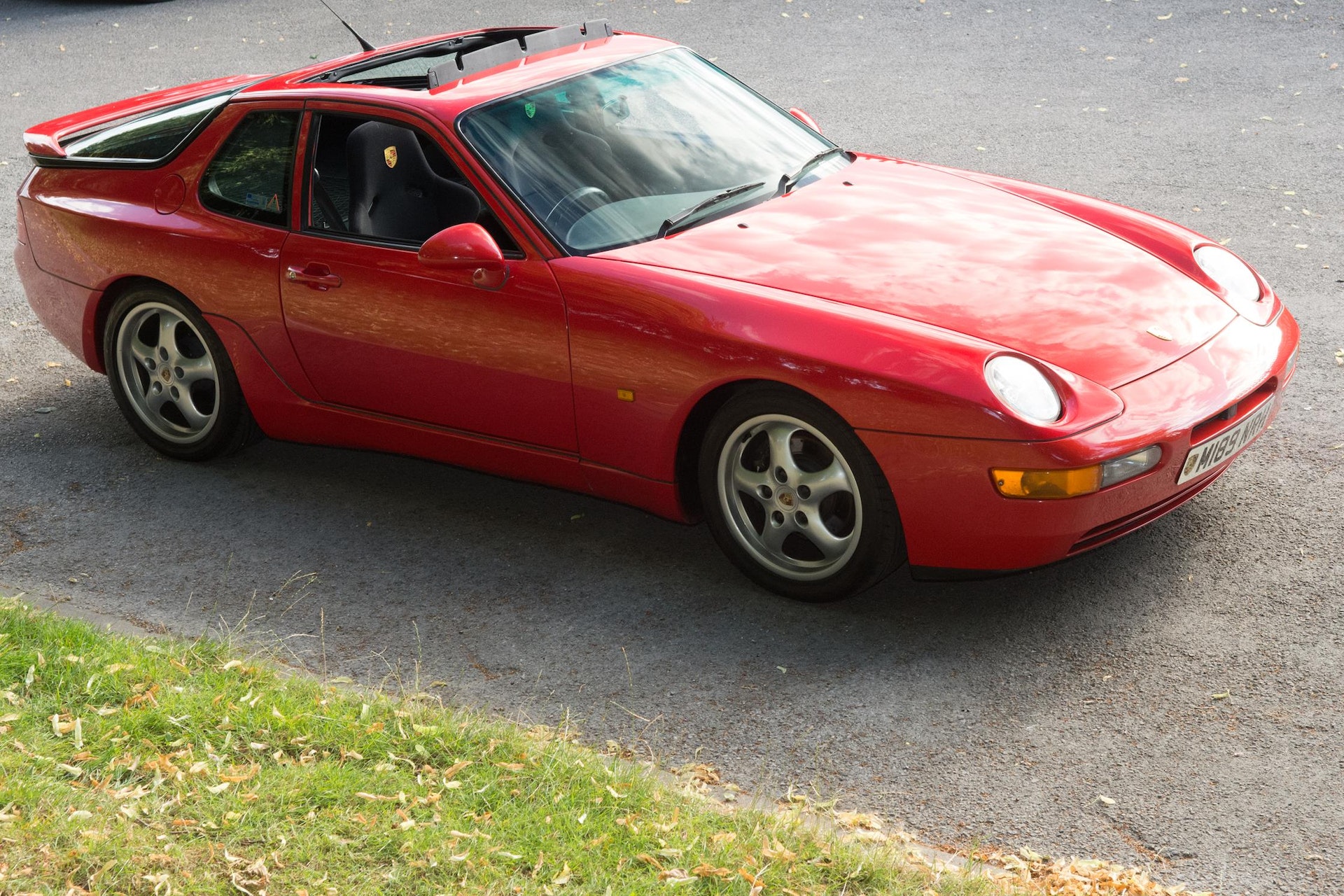 This Porsche 968 Club Sport is a well-loved car, which the vendor reports still drives brilliantly with no faults or items of concern. A lack of use in the last two years means it is now offered for sale to a new owner who can relish its exciting performance more frequently. It will be handed over to the next keeper with a fresh service including cambelt replacement and a 12-month MOT.