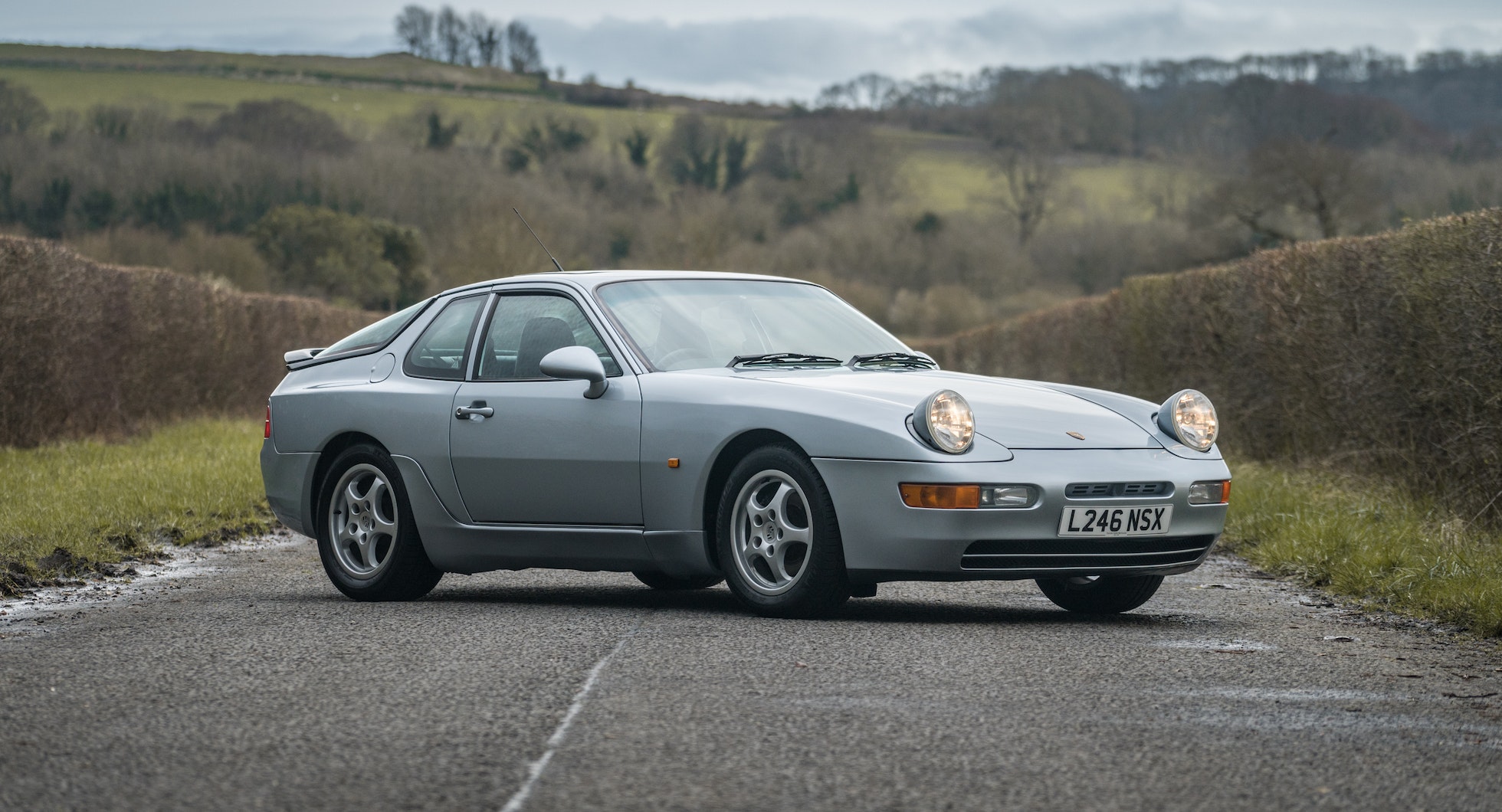 This 1994 Porsche 968 is a very smart example of an elegant front-engined sports car, which boasts an appealing factory colour scheme, and extensive service history. It is powered by the all-aluminium 3.0-litre inline-four engine, producing 237bhp, driven through the rear wheels via a six-speed Getrag manual transmission. The odometer indicates just 67,453 miles from new, which makes this car one of the lower-mileage examples available. 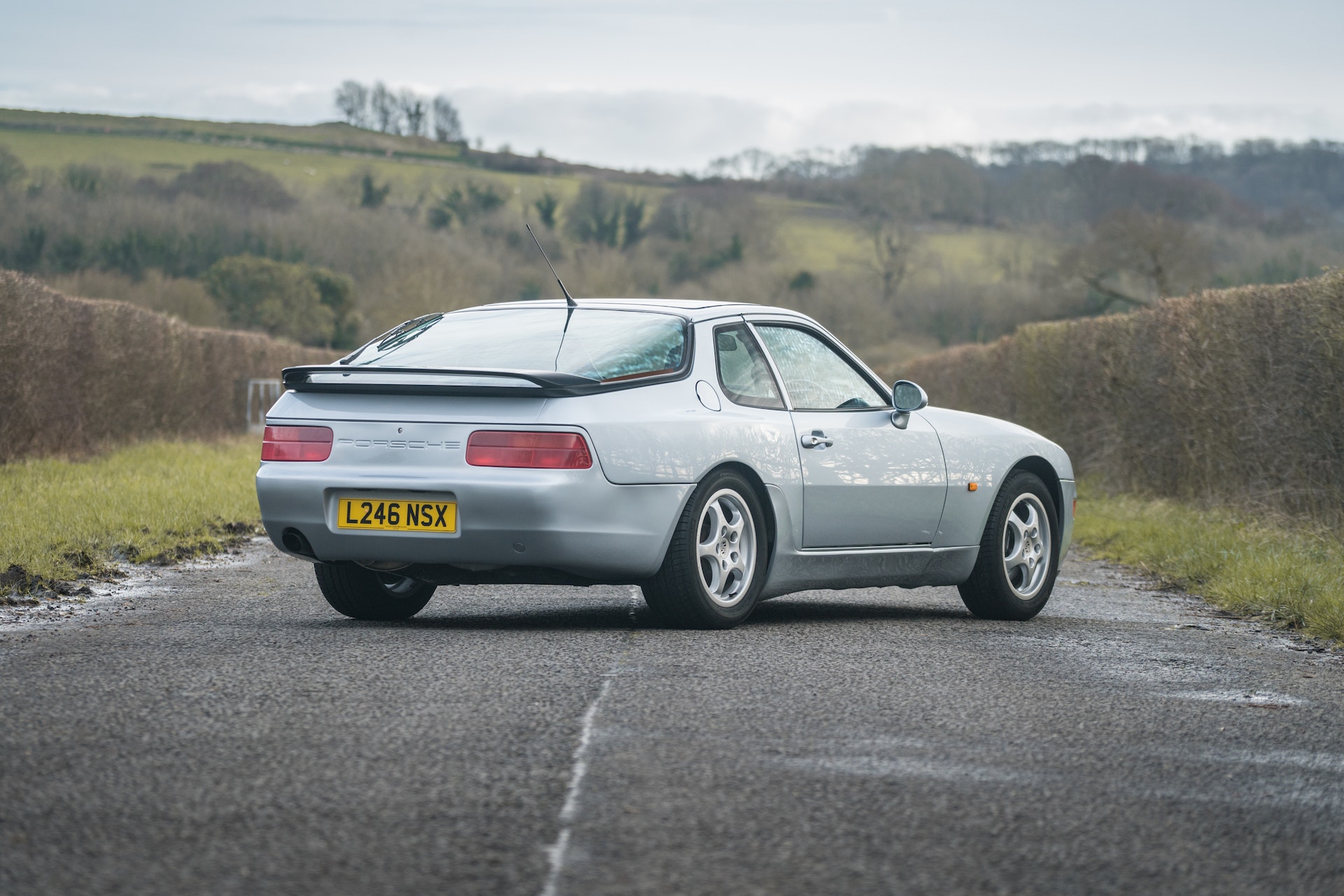 An original UK market C16-code car, this 968 was delivered new through dealer Glenvarigill in Edinburgh on 29 June 1994. It was specified from the factory in Polar Silver metallic paintwork, with a partial black leather interior, and with the removable sunroof as well as a rear wiper. The car has been owned by the seller for the last five years, who has enjoyed around 2,000 miles behind the wheel. 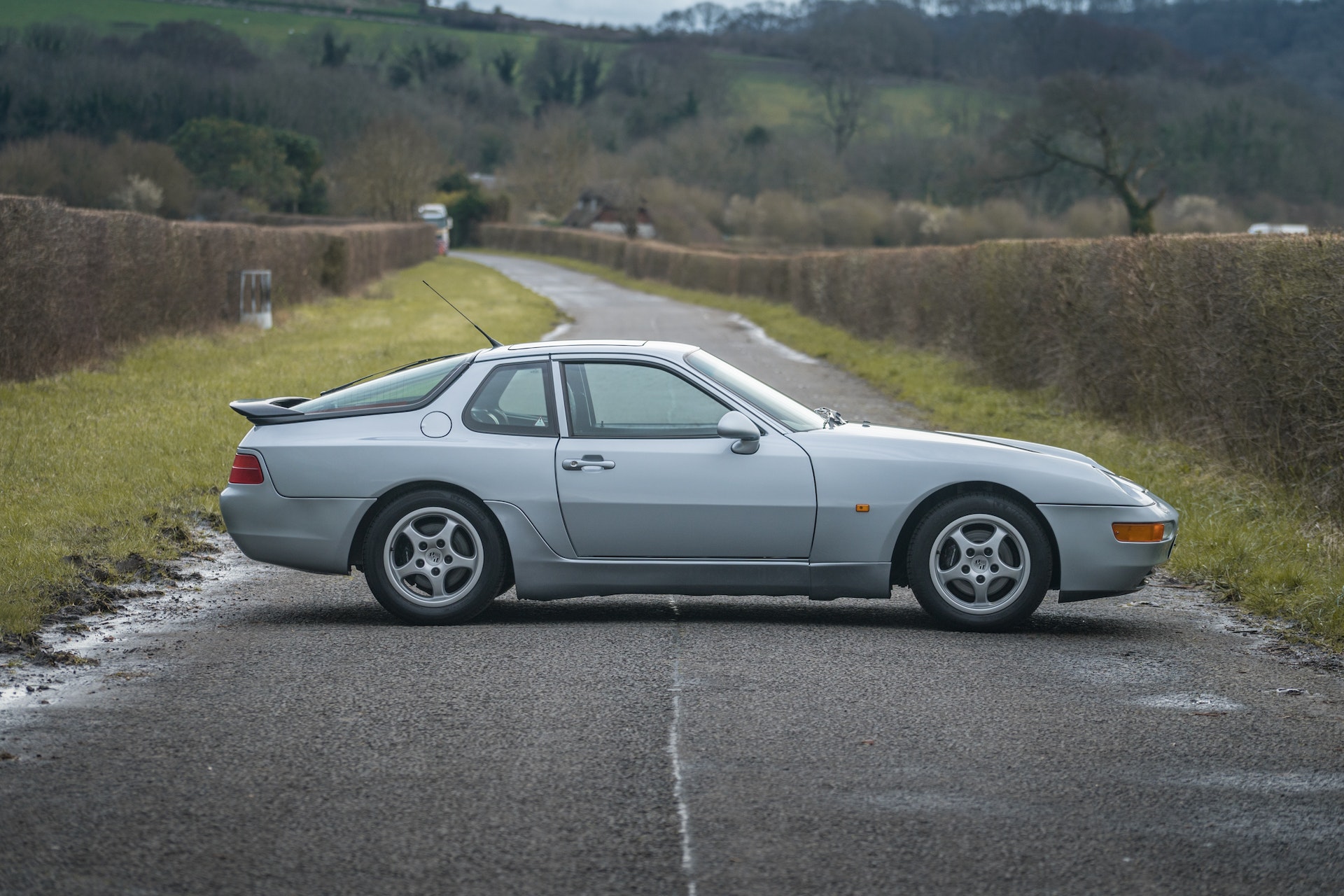 The bodywork of this Porsche 968 is in excellent condition, and benefits from having a full glass-out respray by specialist Ben Robins in West Sussex around three years ago. None of the panels were found to have any damage, and the seller has numerous photos documenting the before, during and after stages of the paintwork. There is a smooth and even finish all around the car, and it presents very smartly indeed. 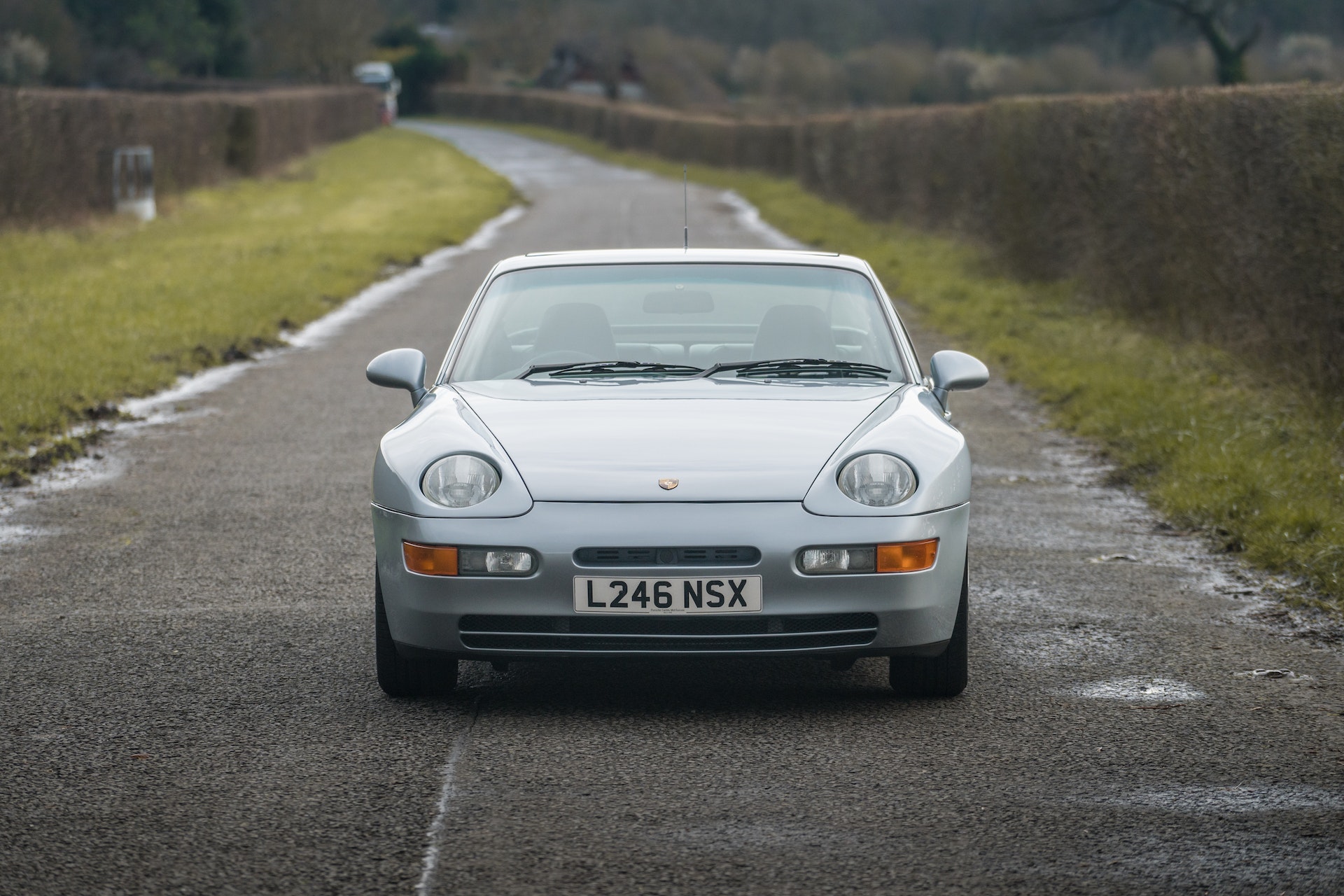 There is a small blemish on the driver’s side door sill, and a few other minor chips around the body, including just behind the passenger door. There is also some delamination present around the rear screen. The sunroof panels opens and closes as it should, and can be removed and stored in the boot. It sits on a set of original ‘Cup 1’ alloy wheels, which were recently sourced and supplied by an Official Porsche Centre. A brand-new ‘968’ badge was sourced for the rear panel under the spoiler, but has not yet been affixed. It is supplied with the car, so the next owner can choose whether to fit it. 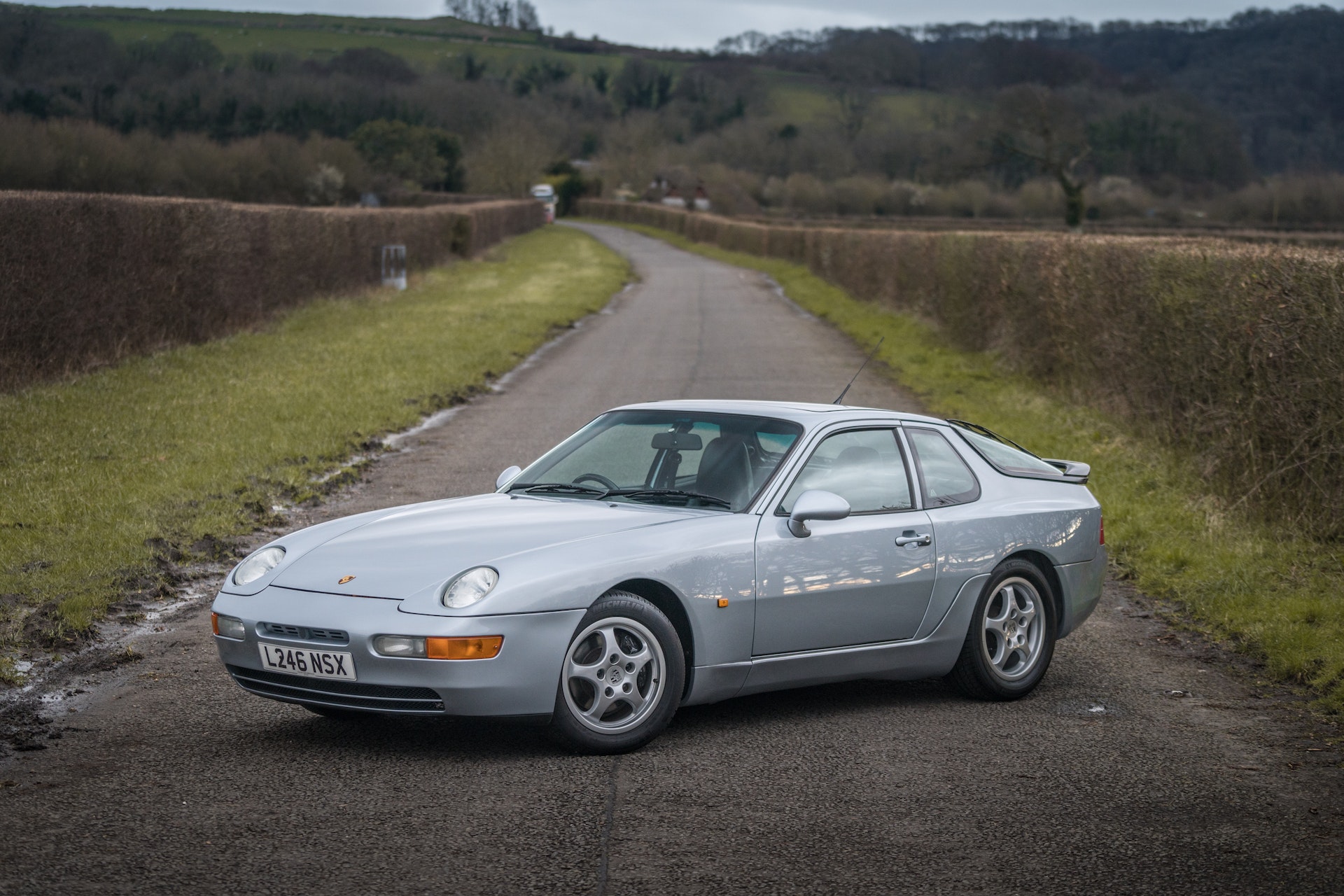 In the cabin, the visible wear on the upholstery is entirely in line with the age and mileage of the car. The black leather facings on each front seat are in great shape, with only some more noticeable wear and discolouration to the driver’s seat side bolster. The leatherette around the seat backs and rear seats is in good order, and the only other imperfection noted by the vendor is that the stitching has worn through on the leather-trimmed handbrake lever. 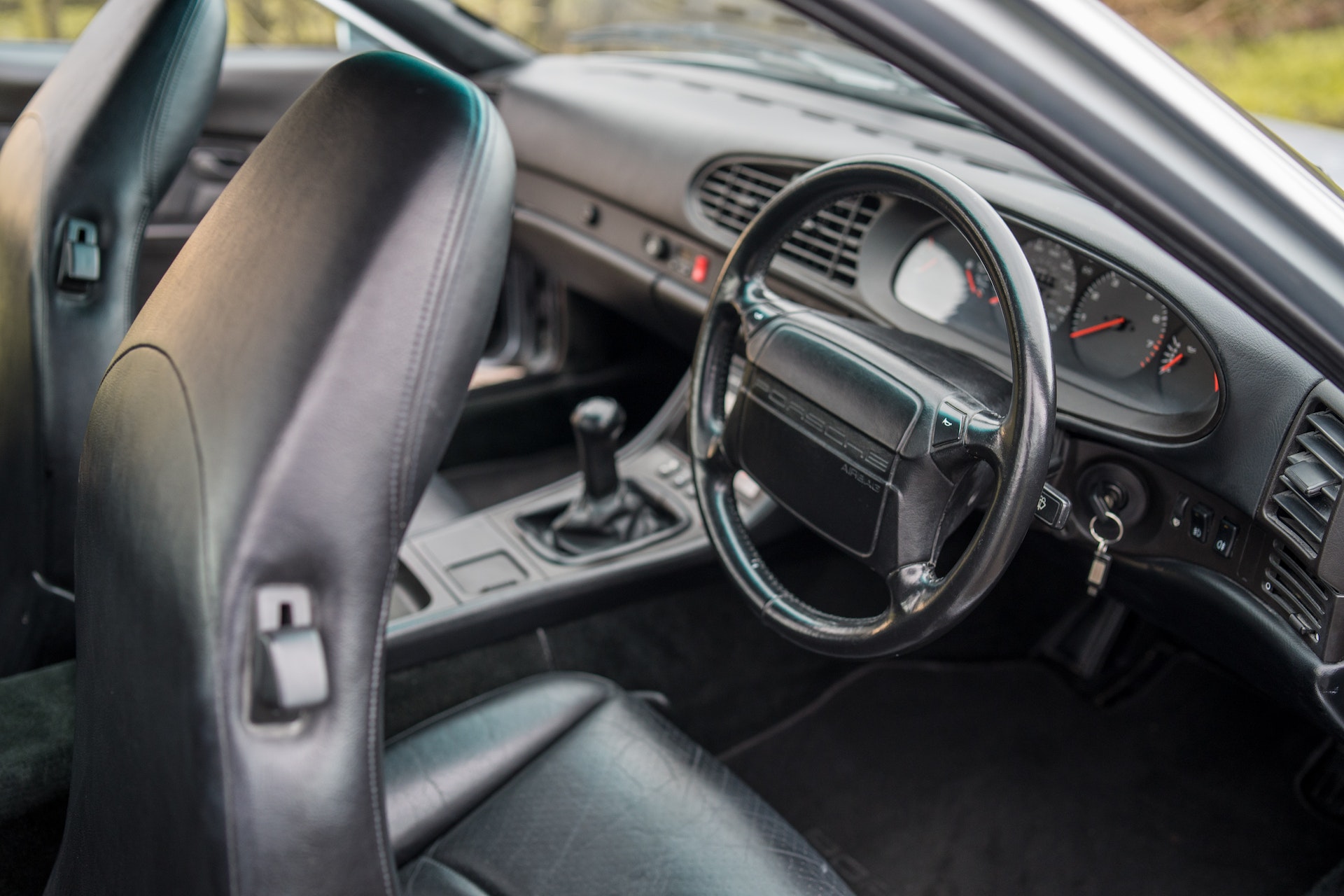 Factory-fitted equipment includes air-conditioning, and there is also a period Becker Monza radio cassette player. A pair of Porsche overmats protects the original carpets. At the back of the car, the original boot lining remains in excellent condition, with the space-saver spare wheel and tool kit stored under the floor. The correct J.H. Benecke storage bag for the sunroof panel is also still present, along with the original air compressor stored in the Shell-branded bag. 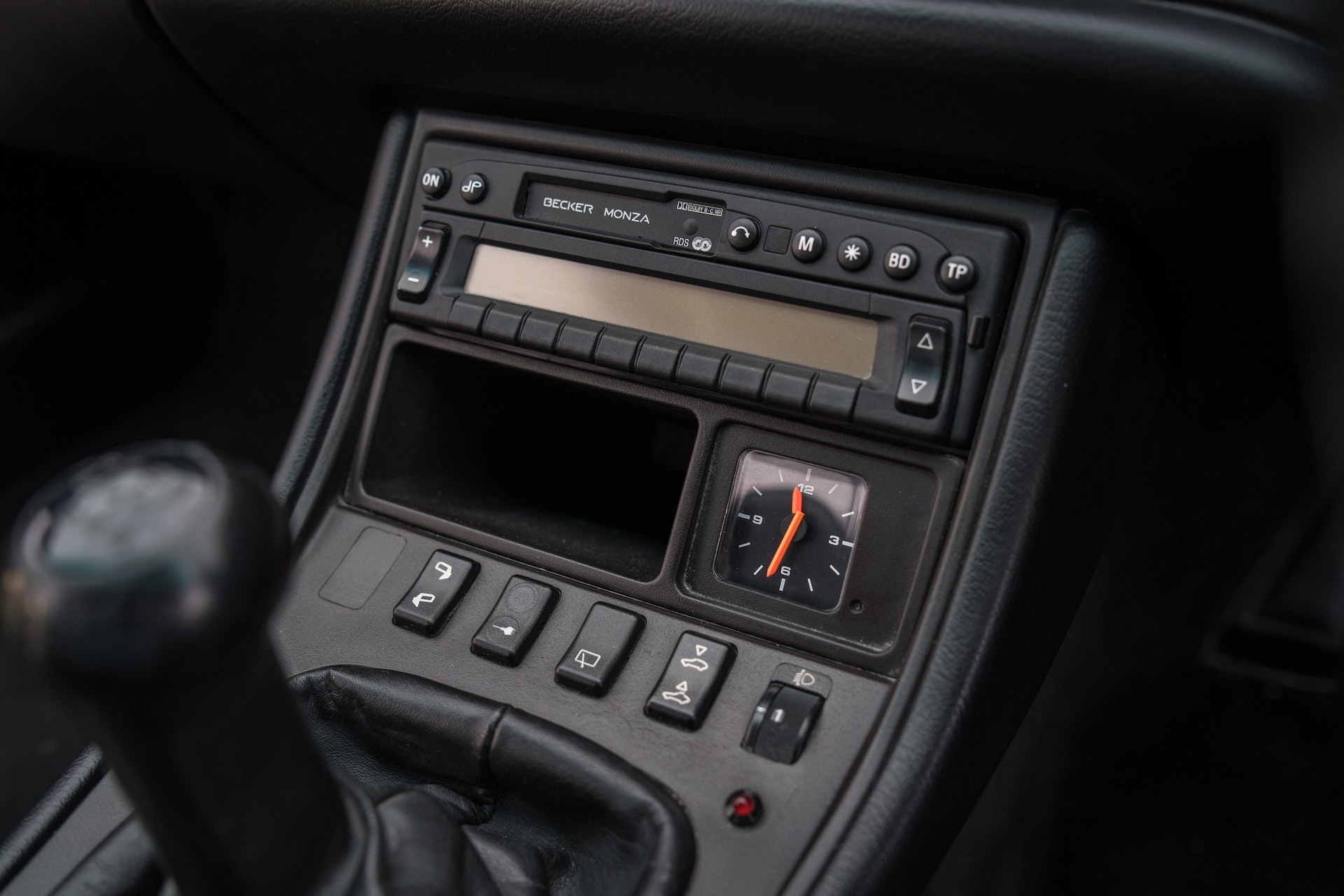 This Porsche 968 has evidently been very well cared-for since new, and has a fantastic stamped history of services in the original record booklet. The seller also has every single invoice dating back to 2000, further evidencing the maintenance carried out. It has been handled exclusively by OPCs and leading specialists, including Camtune, which went on to run the Porsche Service Centre at Brooklands. 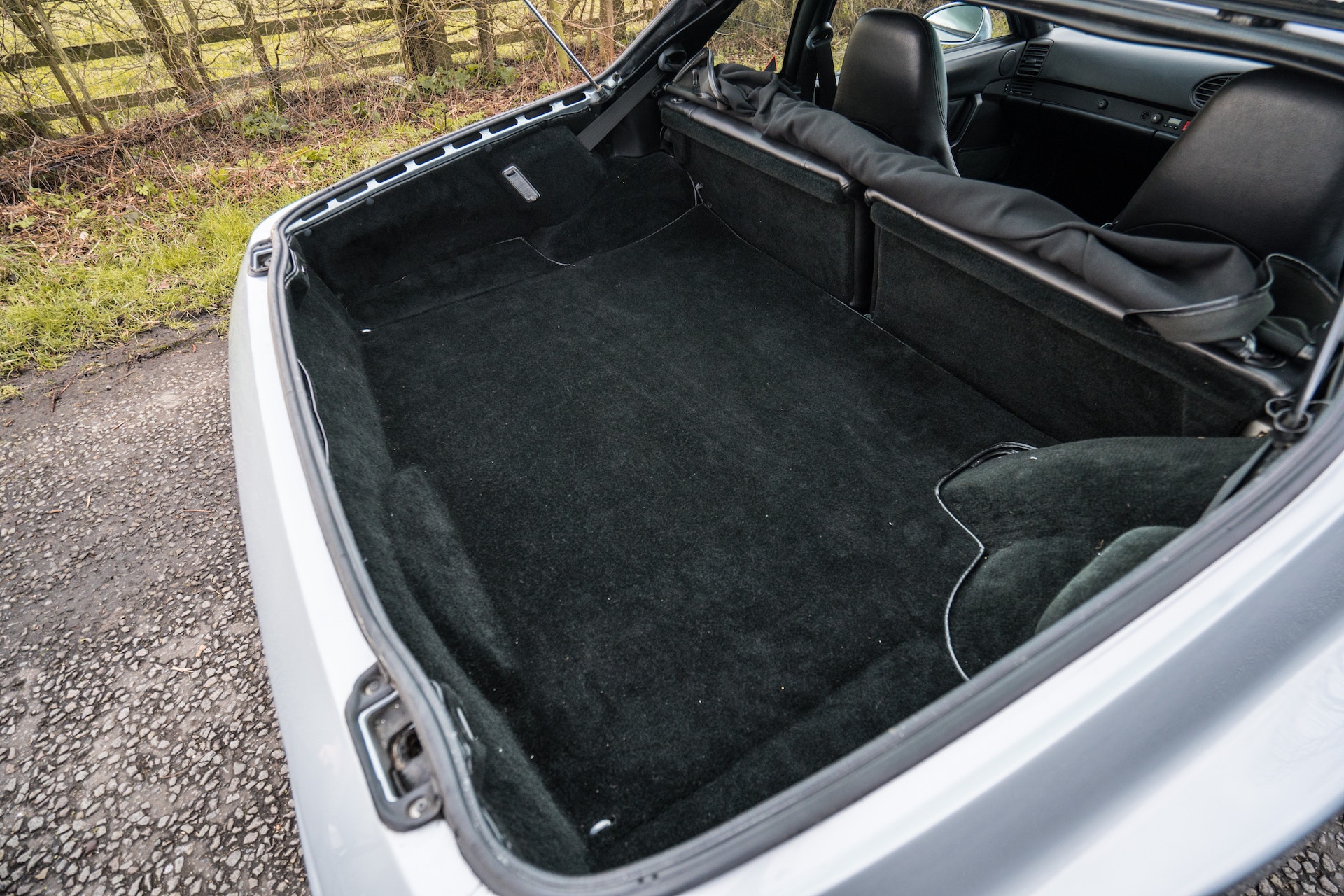 During the seller’s ownership, the only service facility to work on the car has been Porsche Centre Mid-Sussex, with the most recent scheduled maintenance carried out in July 2018 at 67,231 miles. It comprised of a major service, with all relevant items checked or renewed per the official recommendations. 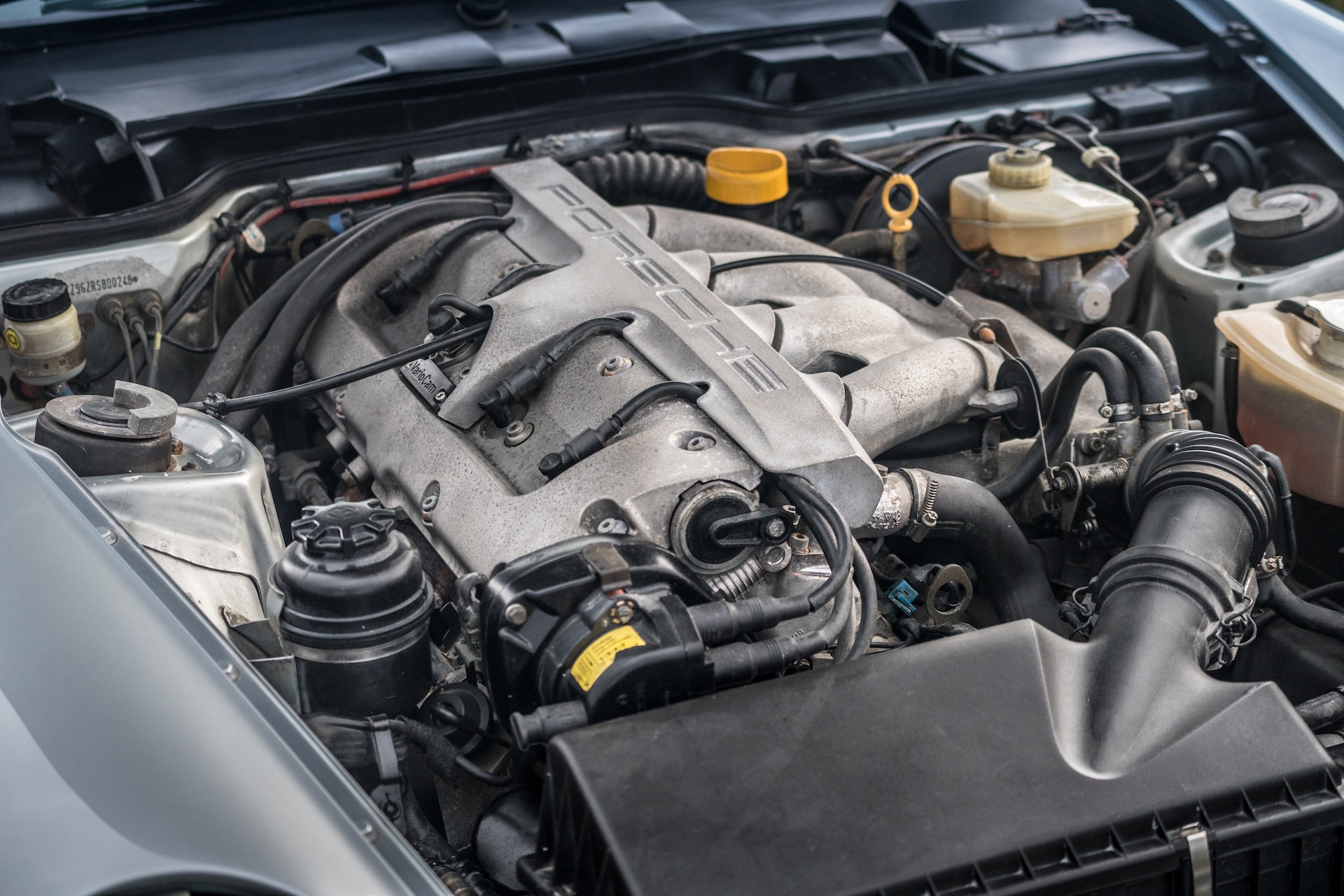 The two visits before this were a minor service in September 2016 at Porsche Centre Mid-Sussex, and a major service in March 2015 at marque specialist Eporsch in Woking. The latter included renewal of the camshaft timing belt and balance shaft belt, as well as a complete new clutch kit. During the Eporsch service, the gearbox oil, clutch fluid, brake fluid, and coolant were also replaced, along with the bottom balance shaft seals and O-rings. 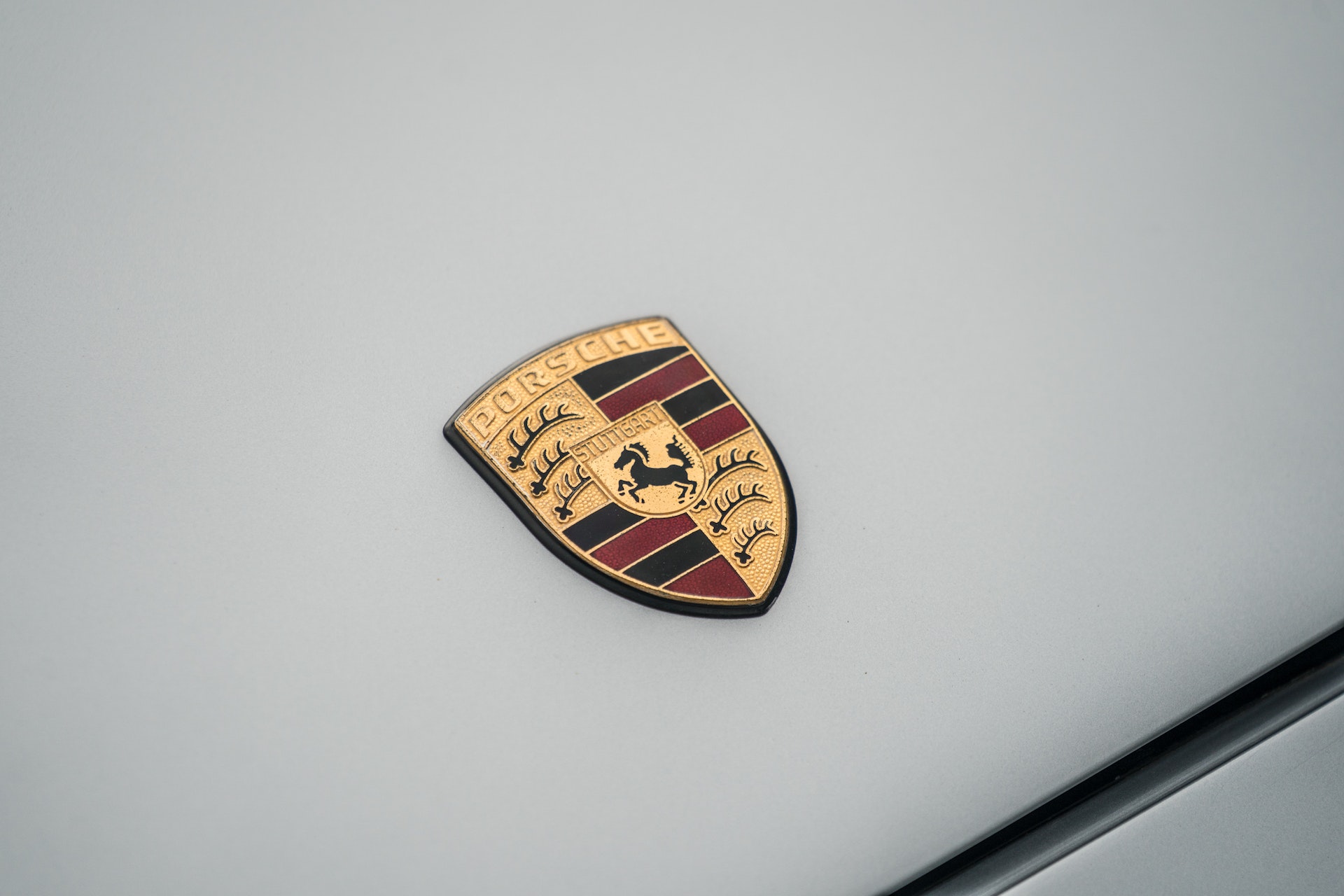 Its last MOT test was carried out on 19 August 2019 at 67,342 miles, which resulted in a clean pass with no advisories whatsoever. The car has been put through 14 MOT tests in the last 15 years, covering some 16,000 miles on the road, and it has not failed on any of them. There were only advisories on three occasions, which have evidently been rectified since. 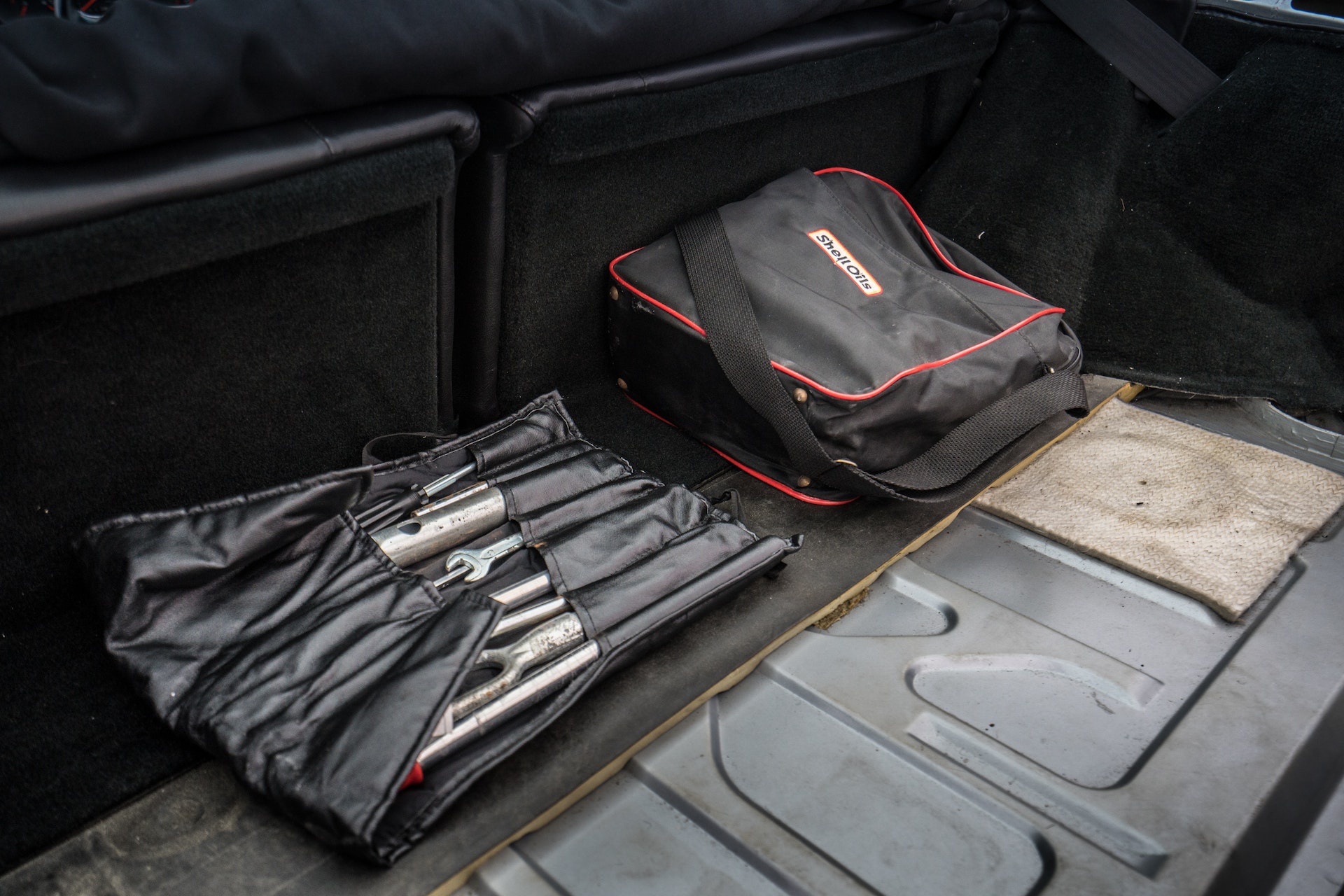 When the new alloy wheels were supplied by the OPC in 2015, they were fitted with a fresh set of Michelin Primacy HP tyres in size 205/55 R16 at the front and 225/50 R16 at the rear. The tyres have covered only 2,000 miles since then, and remain in superb condition. 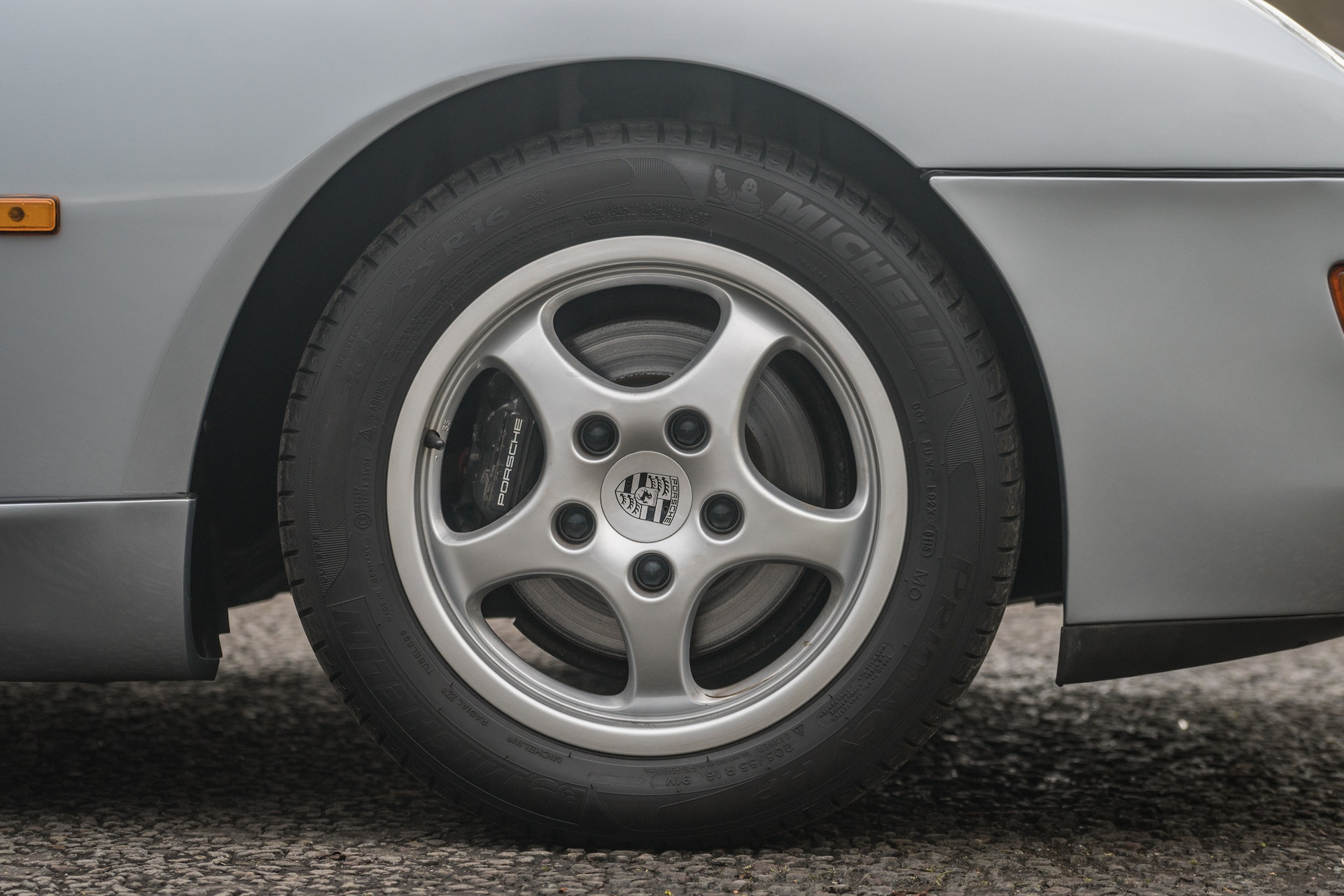 Accompanying this Porsche 968 is a complete and original book pack in the black leather wallet, including the ring-bound driver’s manual and the stamped warranty and maintenance record. The original instruction book and code card for the Becker Monza radio-cassette player is also present. A Certificate of Authenticity is in the file, along with numerous old MOT test records, road tax documents and service invoices. There is also a V888 search result document, which shows details of all previous owners. 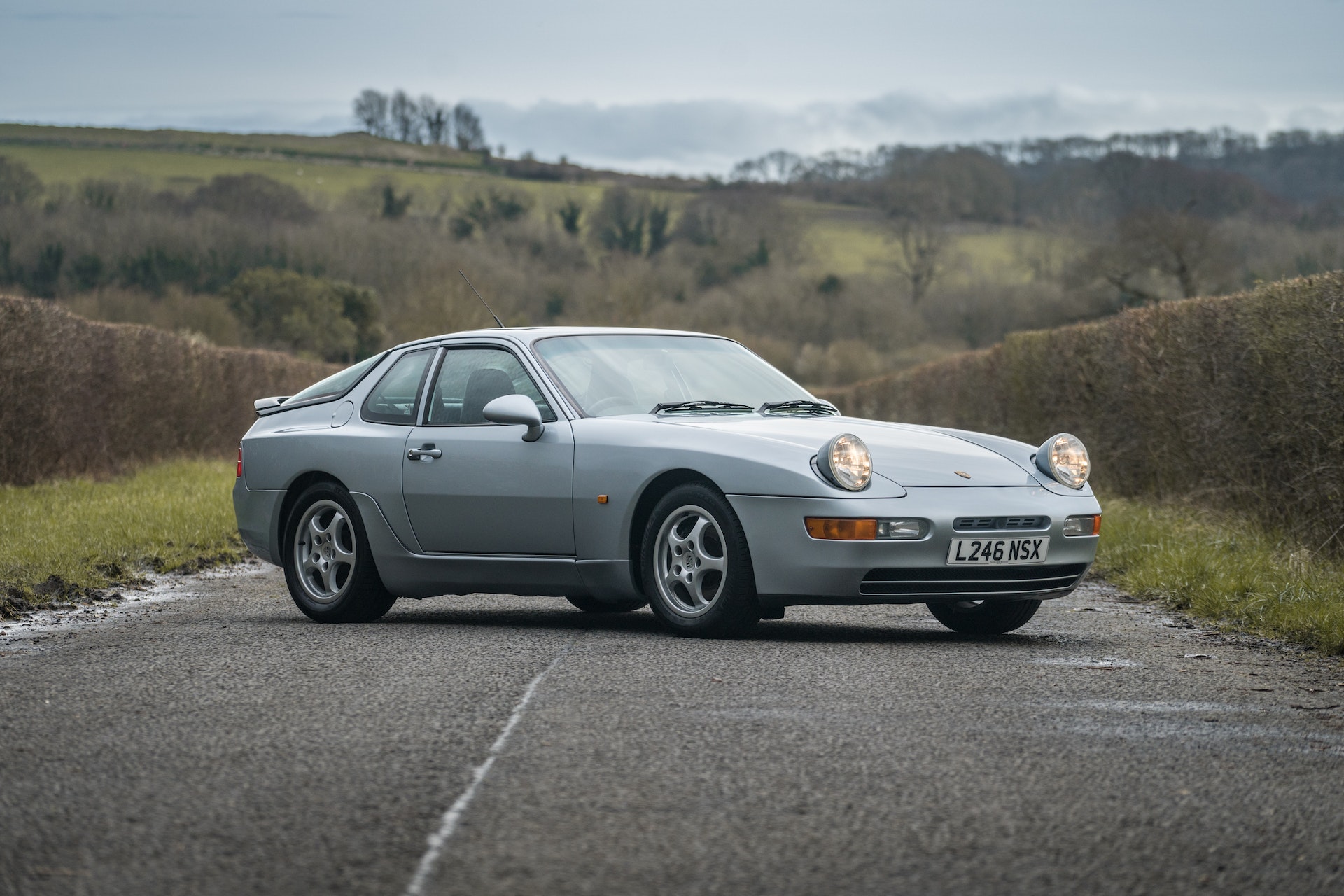 This Porsche 968 is a compelling blend of sports car and grand tourer, and it is becoming increasingly hard to find examples in such superb condition. This car is reported to drive very well indeed, with a wonderfully analogue feel through all of the controls, and has no known electrical gremlins or mechanical faults. Given the relatively low mileage, this car will undoubtedly appeal to some Porsche collectors, but it could also be put into service as a regular modern classic driver with any enthusiast who so desires.