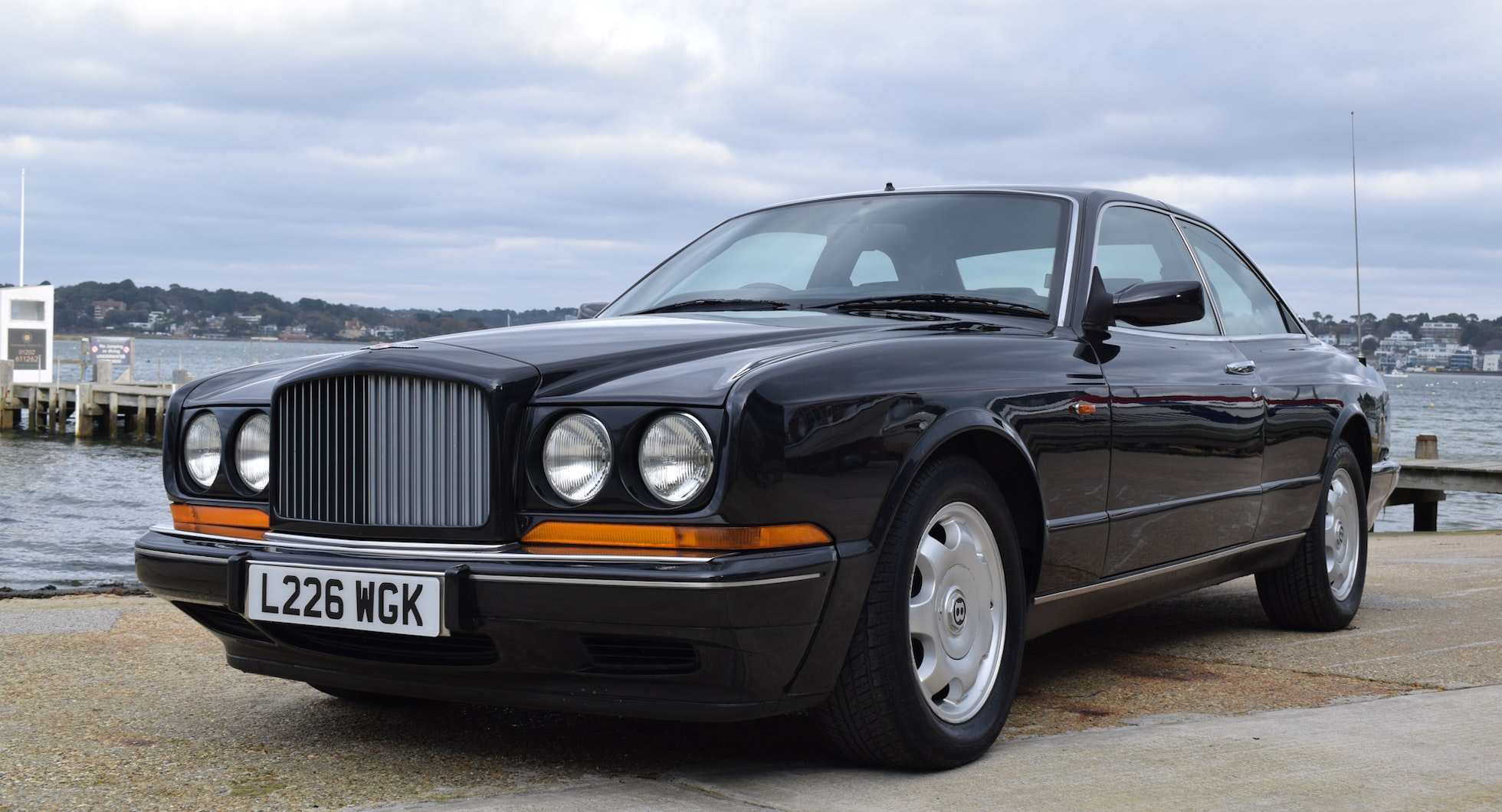 This 1994 Bentley Continental R is a superb example of an effortlessly comfortable and opulent grand tourer. Its 6.75-litre Garrett-turbocharged V8 engine with digital fuel injection produces 360 bhp and a substantial 500 lb ft of torque, which is sent to the rear wheels via the four-speed GM 4L80-E automatic transmission. The odometer now shows 108,020 miles from new, which is supported by a detailed history file. 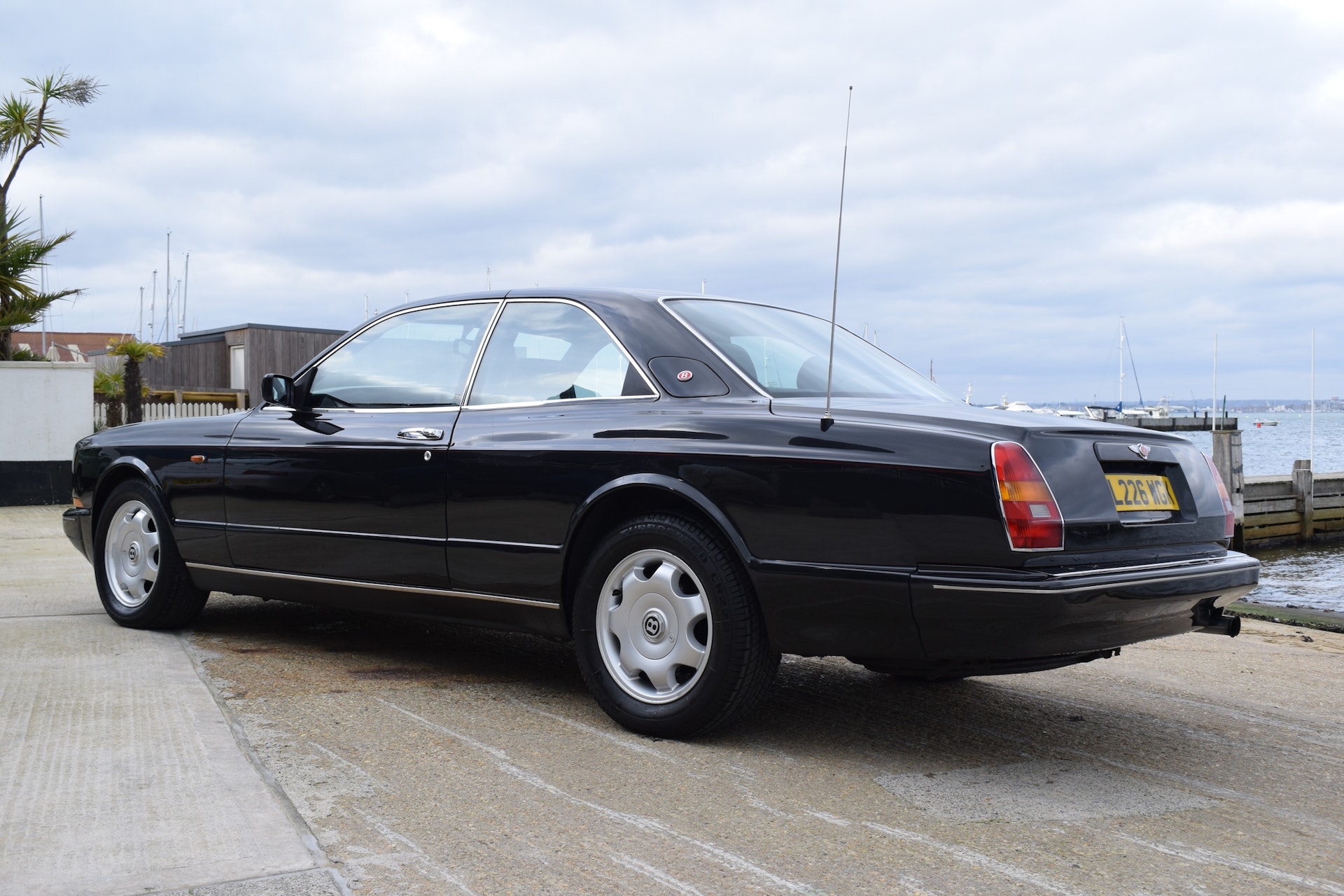 The Continental R was the most powerful and the fastest Bentley of its era. It was also the most expensive production car in the world, and this particular example was priced at more than £180,000 (in excess of £350,000 in today’s money). 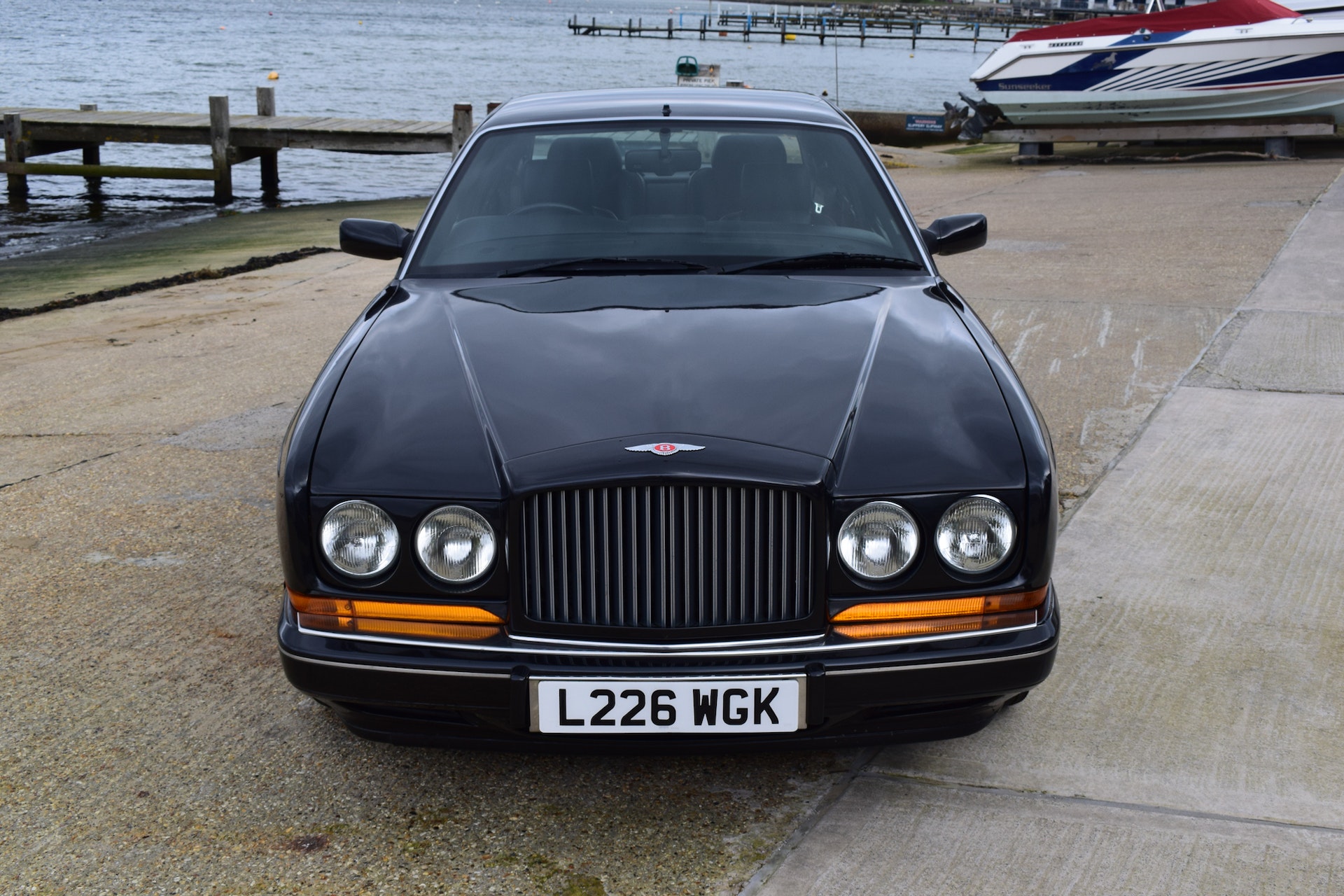 A 1994 model year car, it was completed at the factory in December 1993 and was first registered in January 1994. It was ordered new by the founder of Auto Trader and chairman of Reading Football Club, Sir John Madjeski. The car was used frequently by Sir John during its first decade on the road, clocking up more than 102,000 miles, and it was maintained regardless of cost as you might expect. At the time, Sir John was friendly with singer and TV presenter Cilla Black, and they were seen together in the Bentley. 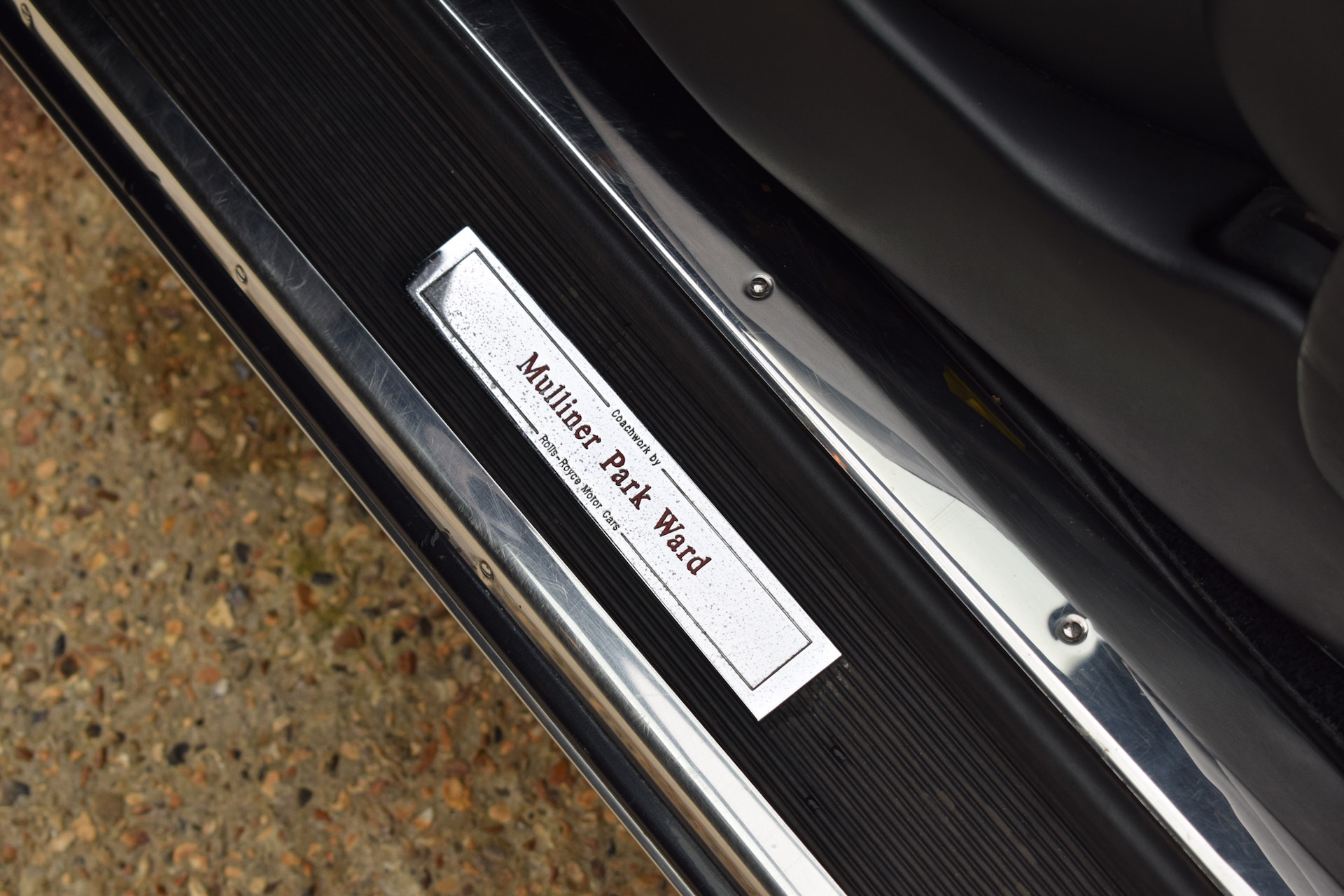 In 2004, Sir John used the Bentley as a part-exchange for a newer model, but an invoice in the history file shows that he changed his mind, as he then purchased the car again. During the next 10 years, the Continental R was kept in his collection, and was driven sparingly when not stored off the road. The vendor acquired the car nearly five years ago, and has thoroughly enjoyed owning this stately British GT. 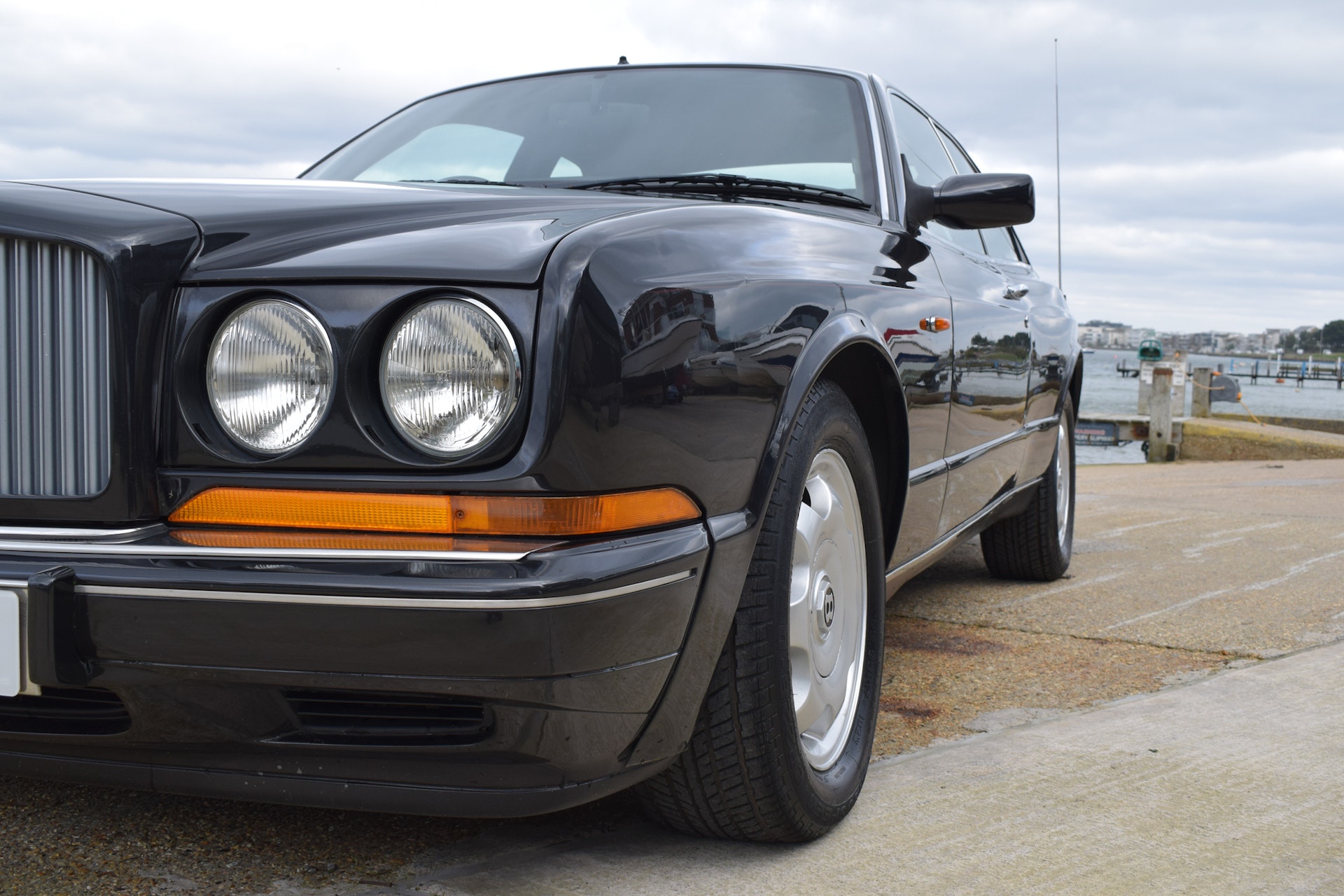 The Mulliner Park Ward coachwork is in good condition for the age and mileage, and the Royal Ebony paint is believed to be original. There are a few small blemishes around a couple of the wheel arches, some visible corrosion under the offside wing mirror, and minor bubbling on the boot lid above the number plate. Despite these imperfections, the car still presents smartly overall, which is a testament to the quality of the factory finish. 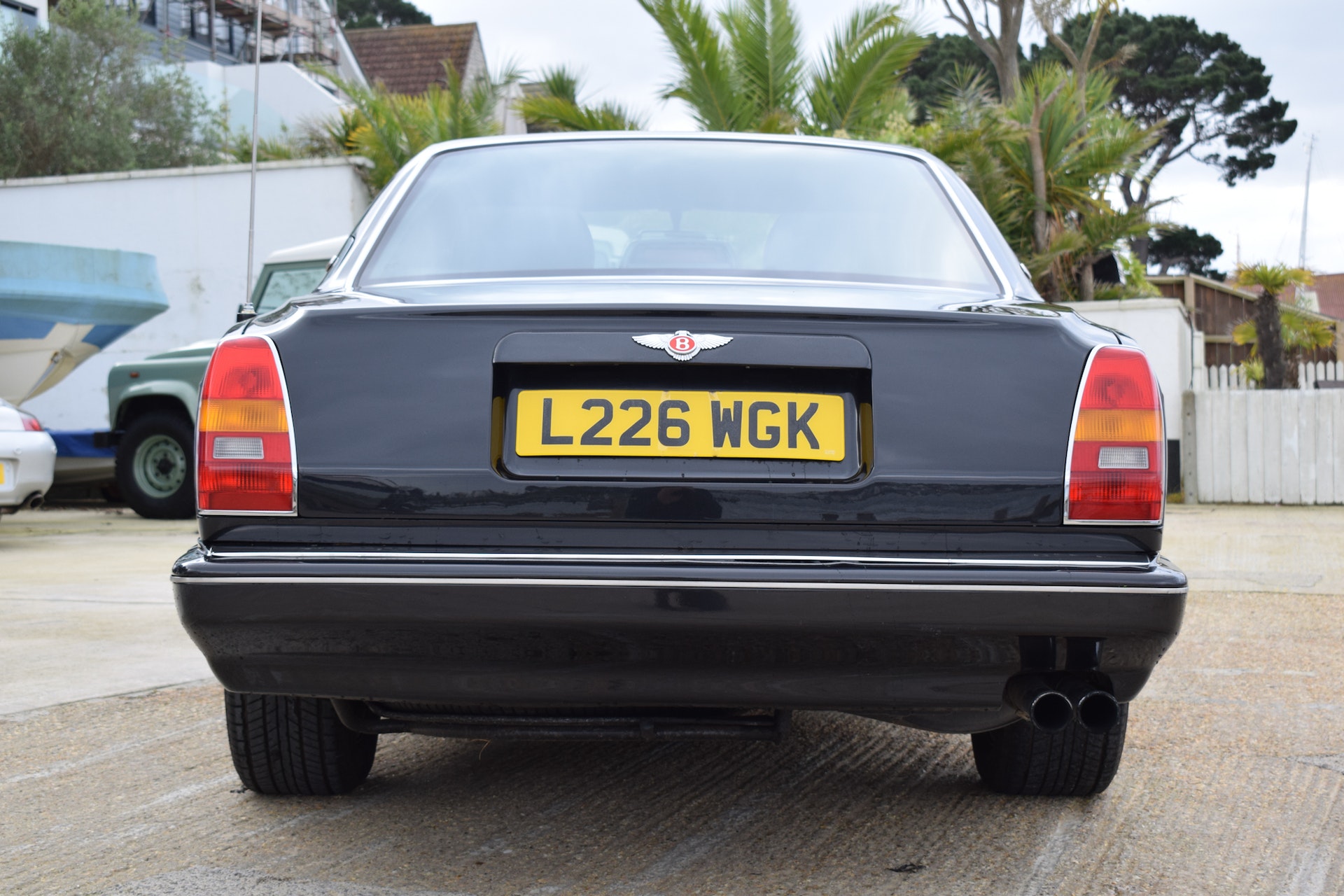 For the 1994 model year, the alloy wheels were enlarged to a 17-inch diameter and sported a new seven-spoke design. They are in sound structural condition, but do have some kerbing marks around the rims. It is likely that they have never been refurbished, and they all retain the original Bentley centre caps. 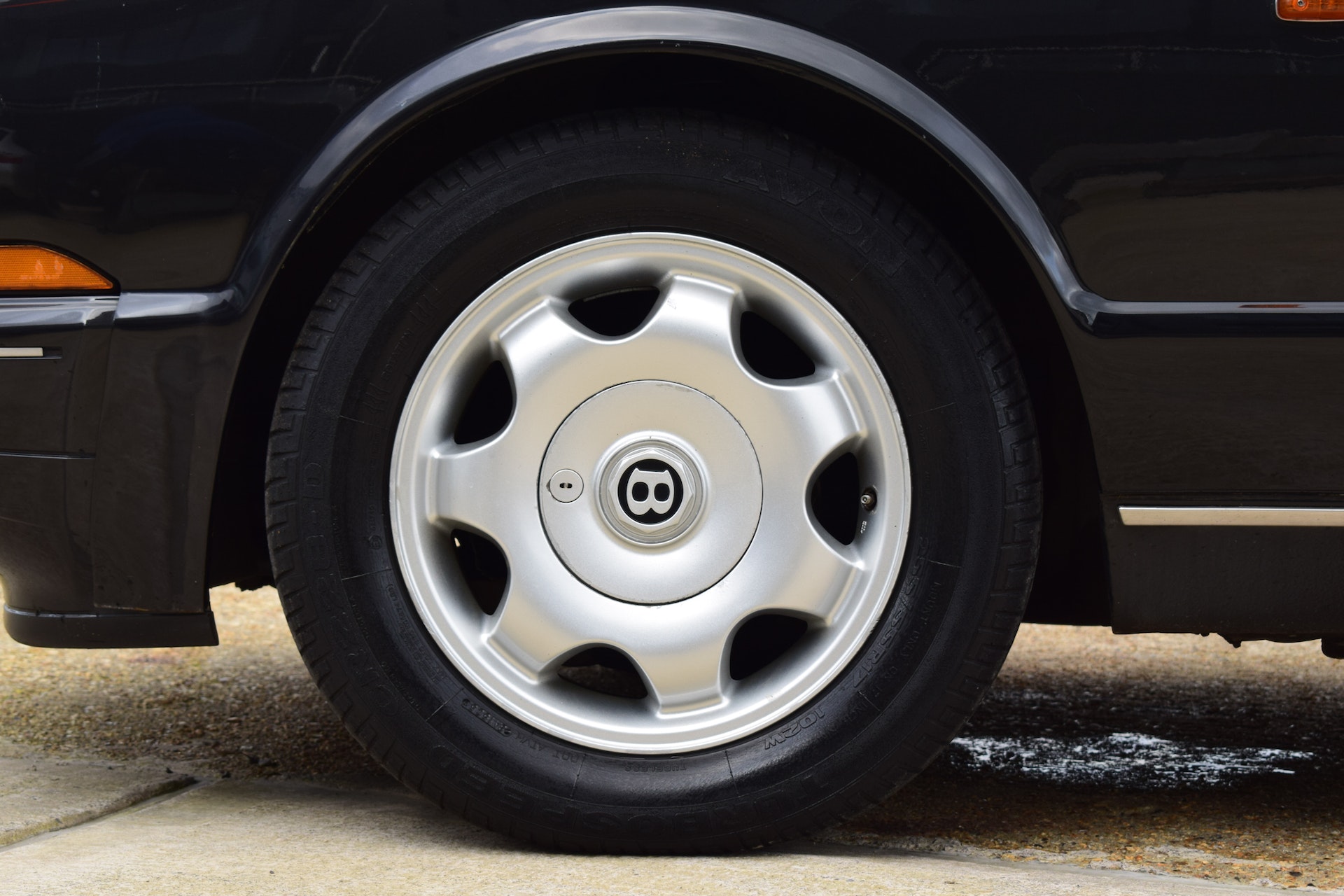 The original interior is in superb condition. Its black leather upholstery shows very little wear, while the seat cushions have held their shape very well, and the red piping is in great shape. The rear seats appear to have been barely used, and present very well indeed. 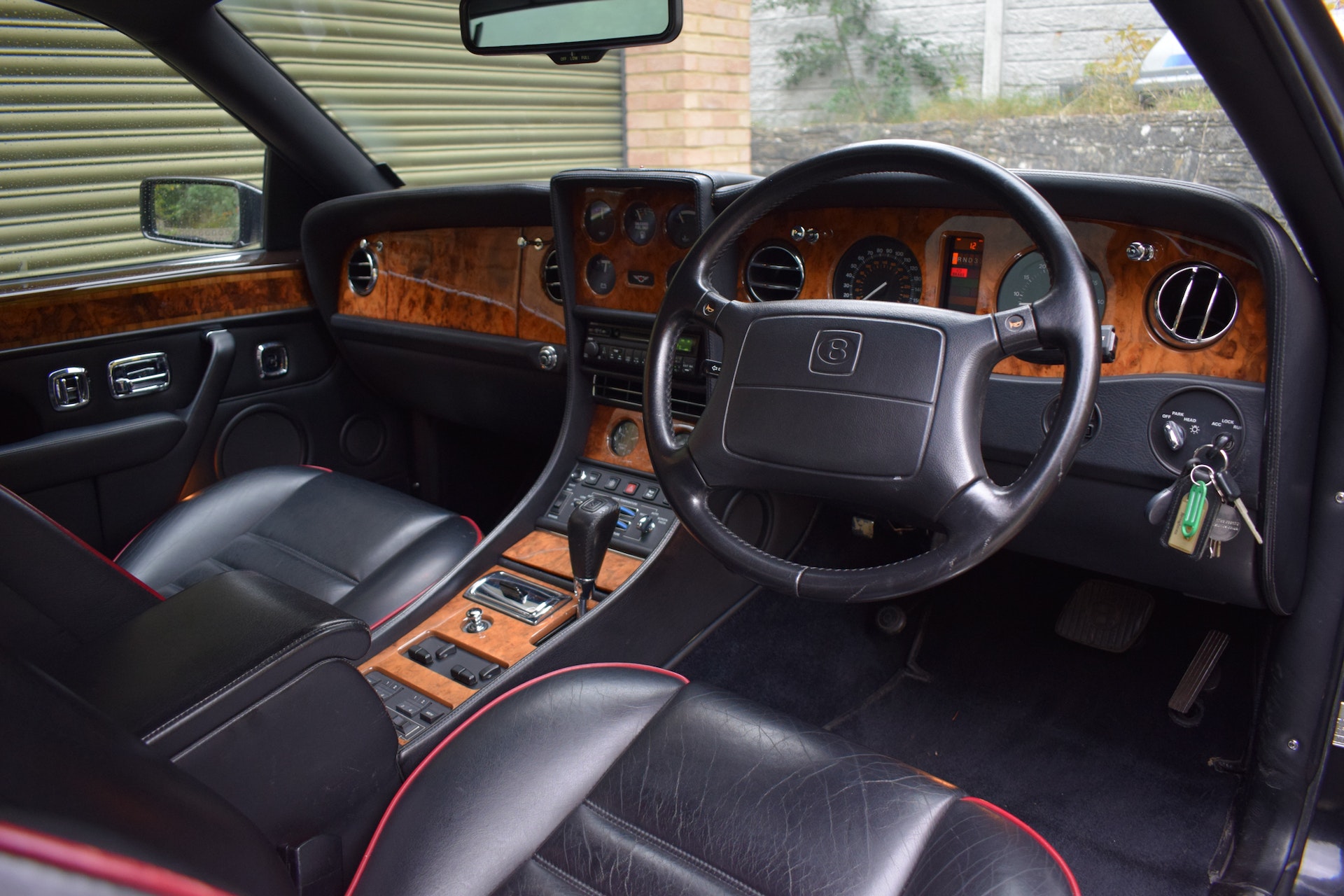 Walnut veneers feature extensively across the dashboard, centre console and door caps, accented by highly polished metal air vents, switchgear and ‘organ stop’ levers. The cabin is equipped with air-conditioning and electric windows, as well as a radio and cassette deck with a CD changer. 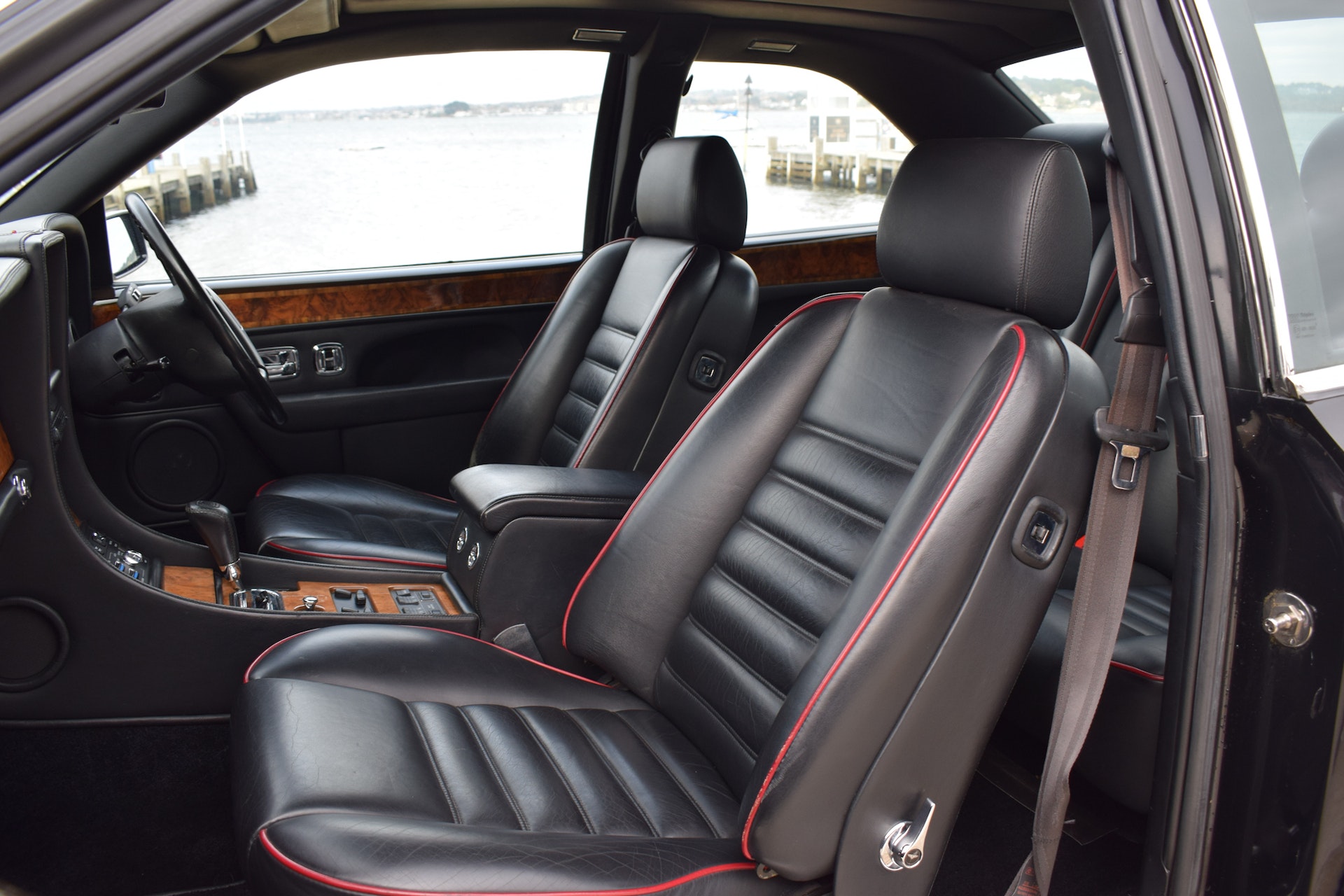 The last scheduled maintenance was in September 2019 at Silver Lady Services in Dorset, which included a full check over, plus renewal of the engine oil and oil filter. The car has covered less than 50 miles since then. In February 2017, the car was treated to a mechanical overhaul, with more than £5,000 spent to go through the suspension and bushes, renew the brakes and replace the drive belts. 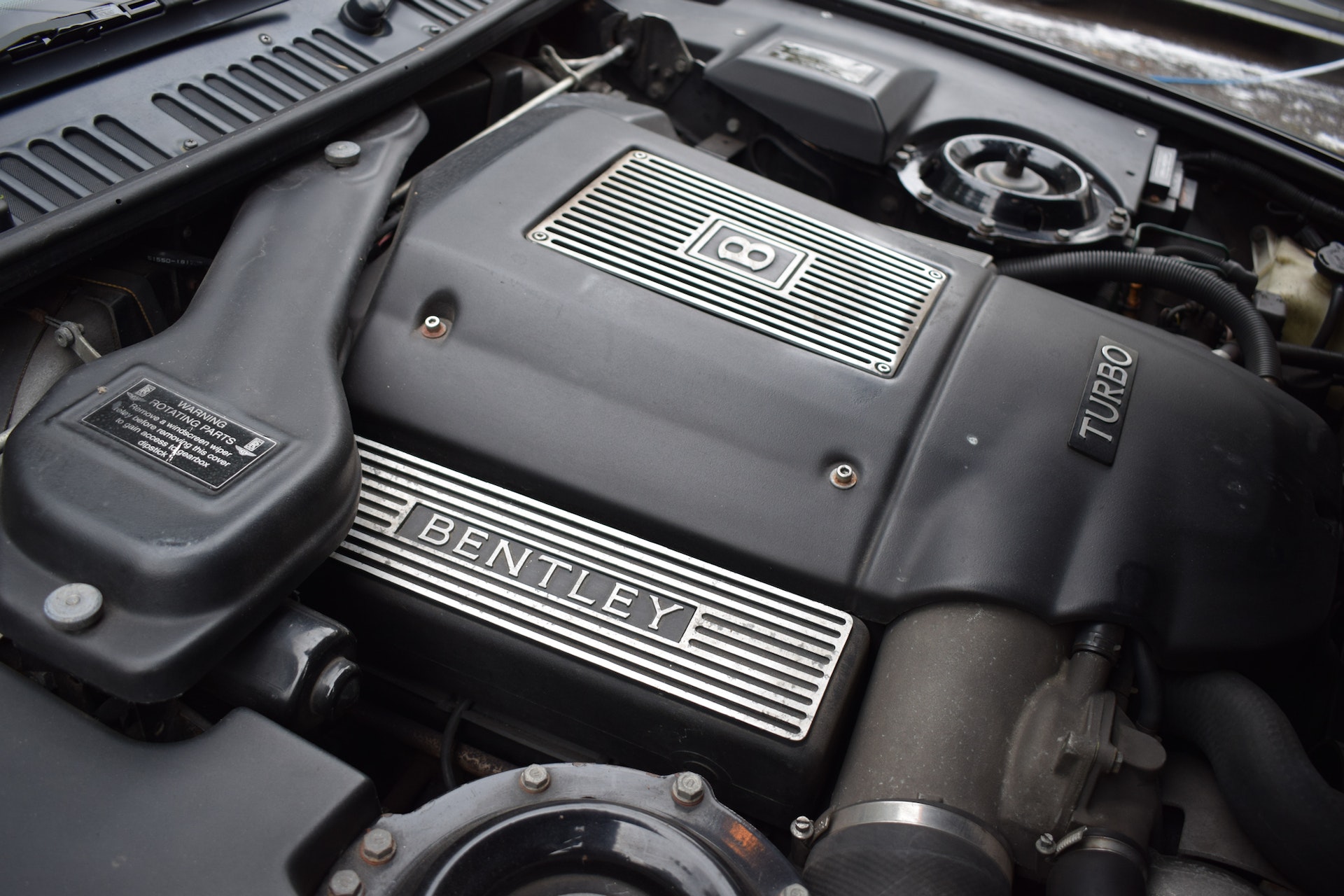 The vendor reports that the Continental R is perfect for long runs and has a surprising turn of speed. It is hard to imagine a more majestic, powerful and refined car for the money, which also benefits from long-term private ownership history. 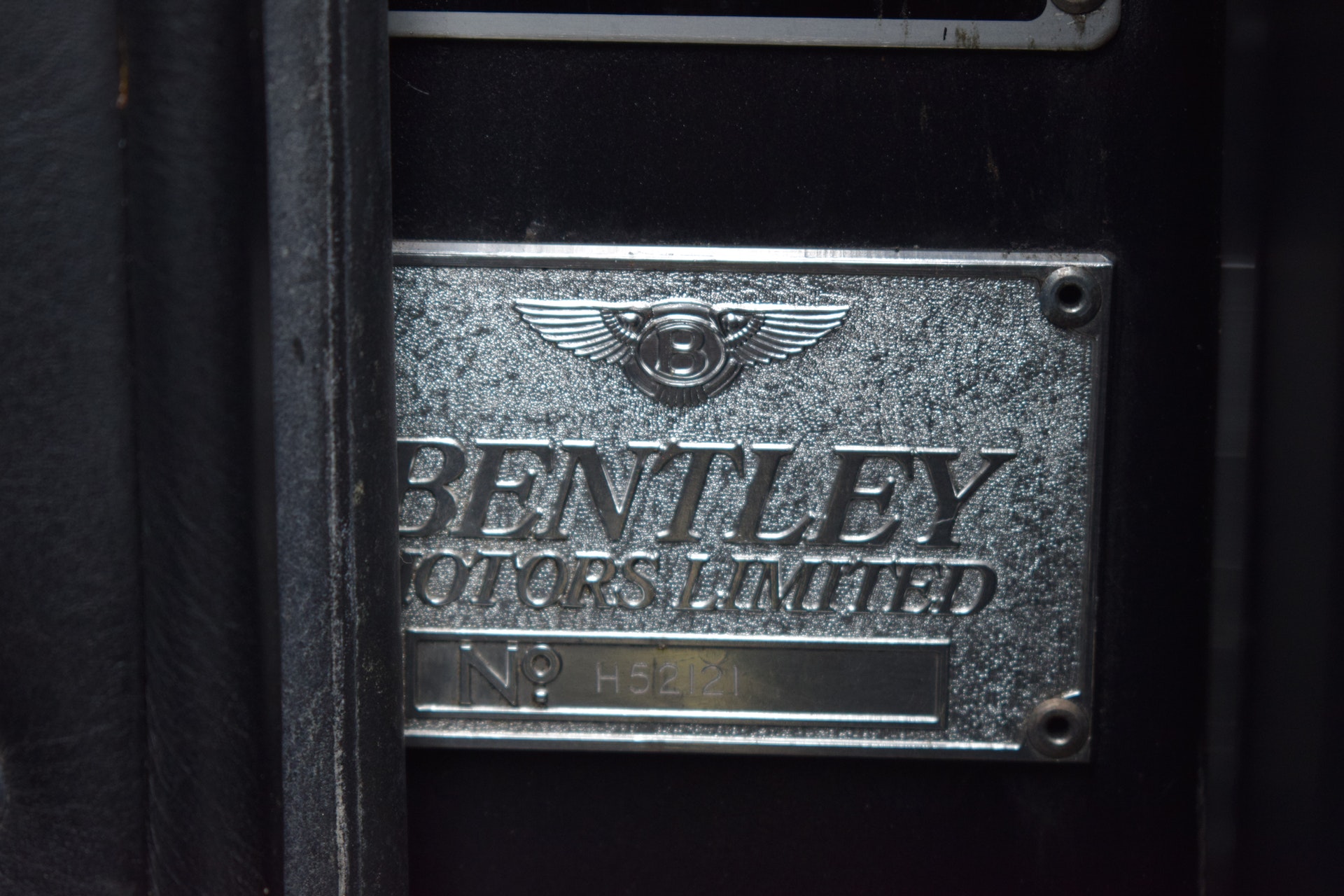 The car was always kept in fine fettle while in Sir John’s collection, being seen by the most experienced specialists and Bentley main dealers. The self-levelling hydraulic suspension works as it should, as does the ‘Sport’ button in the cabin, to stiffen the dampers and adjust the gearbox shift points. 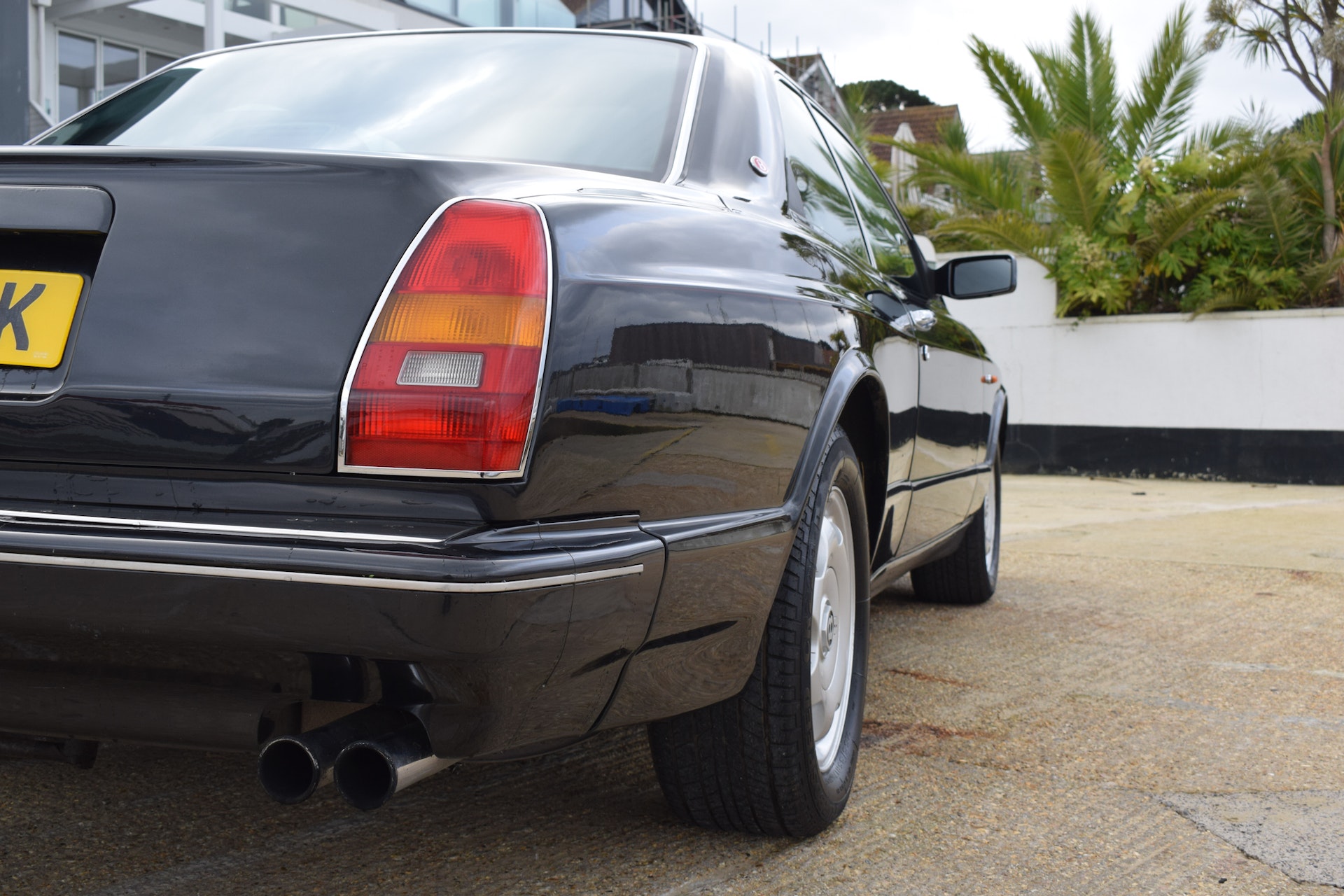 Its most recent MOT test was on 11 September 2019 at 107,993 miles, which resulted in a pass with the only advisory about slight cracking to all four tyres. The Avon Turbospeed tyres on the car have a good level of tread remaining, but they are starting to show signs of age around the sidewalls, so would benefit from being renewed fairly soon. 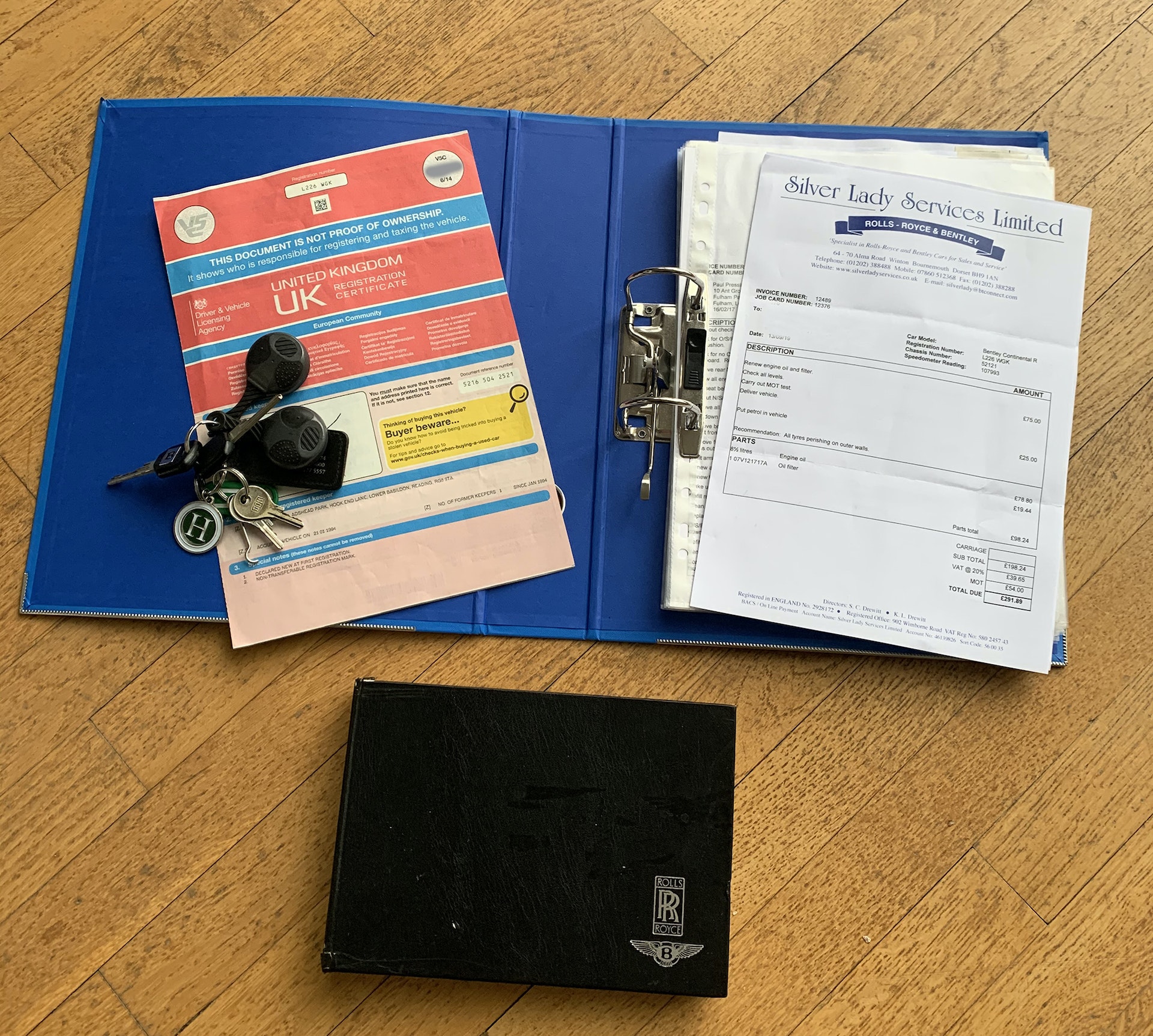 Accompanying the car are all of the original handbooks and user guides, as well as the stamped maintenance record, and a lever arch file containing old service receipts and paperwork. 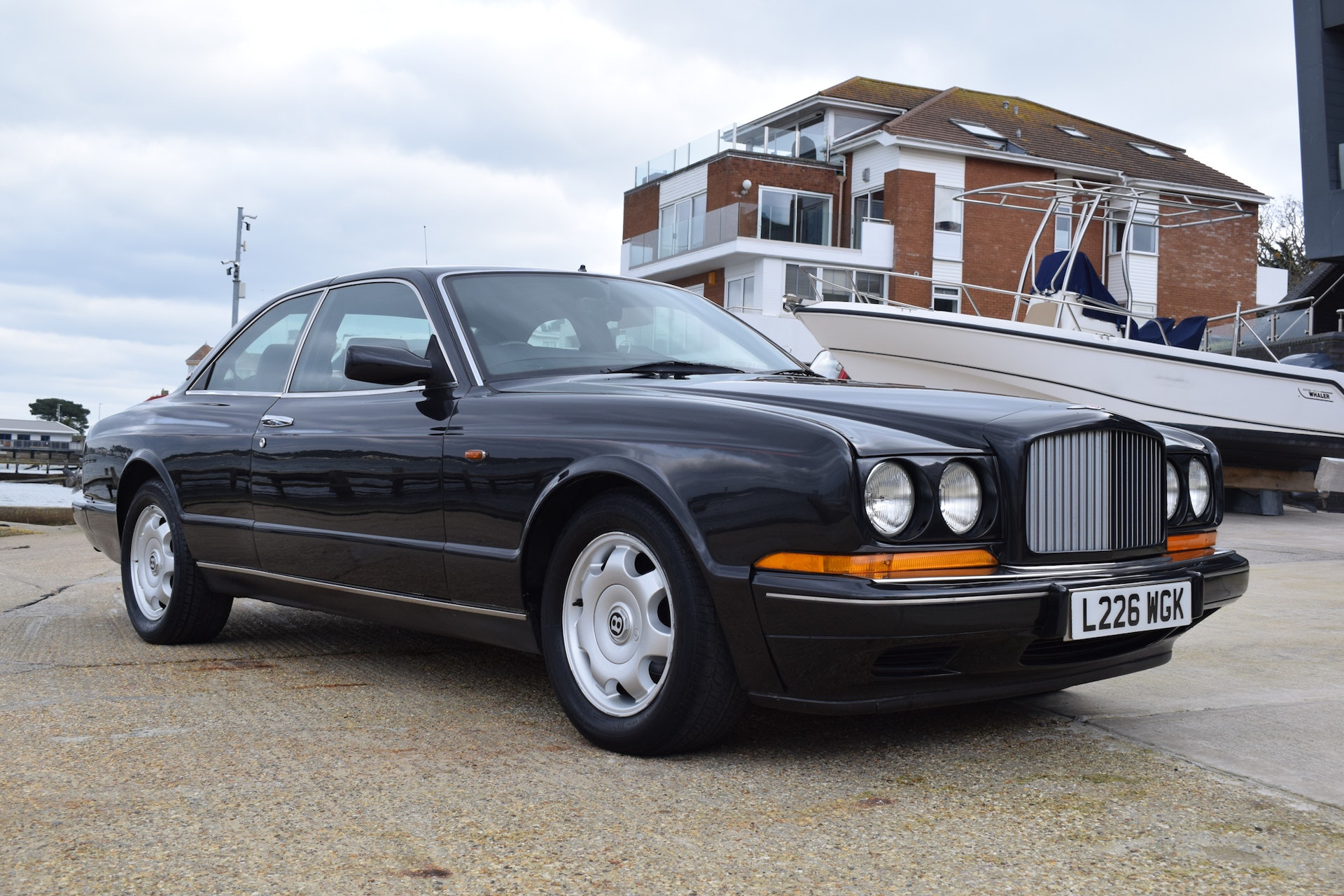 This Bentley Continental R is a cherished example, having spent the first two decades of its life with a notable businessman owner, and being well looked after in more recent years to ensure it is always ready to be driven. Smooth and relaxing to be in, the car is also a real event for both driver and passengers alike, not to mention a terrific long-distance cruiser.