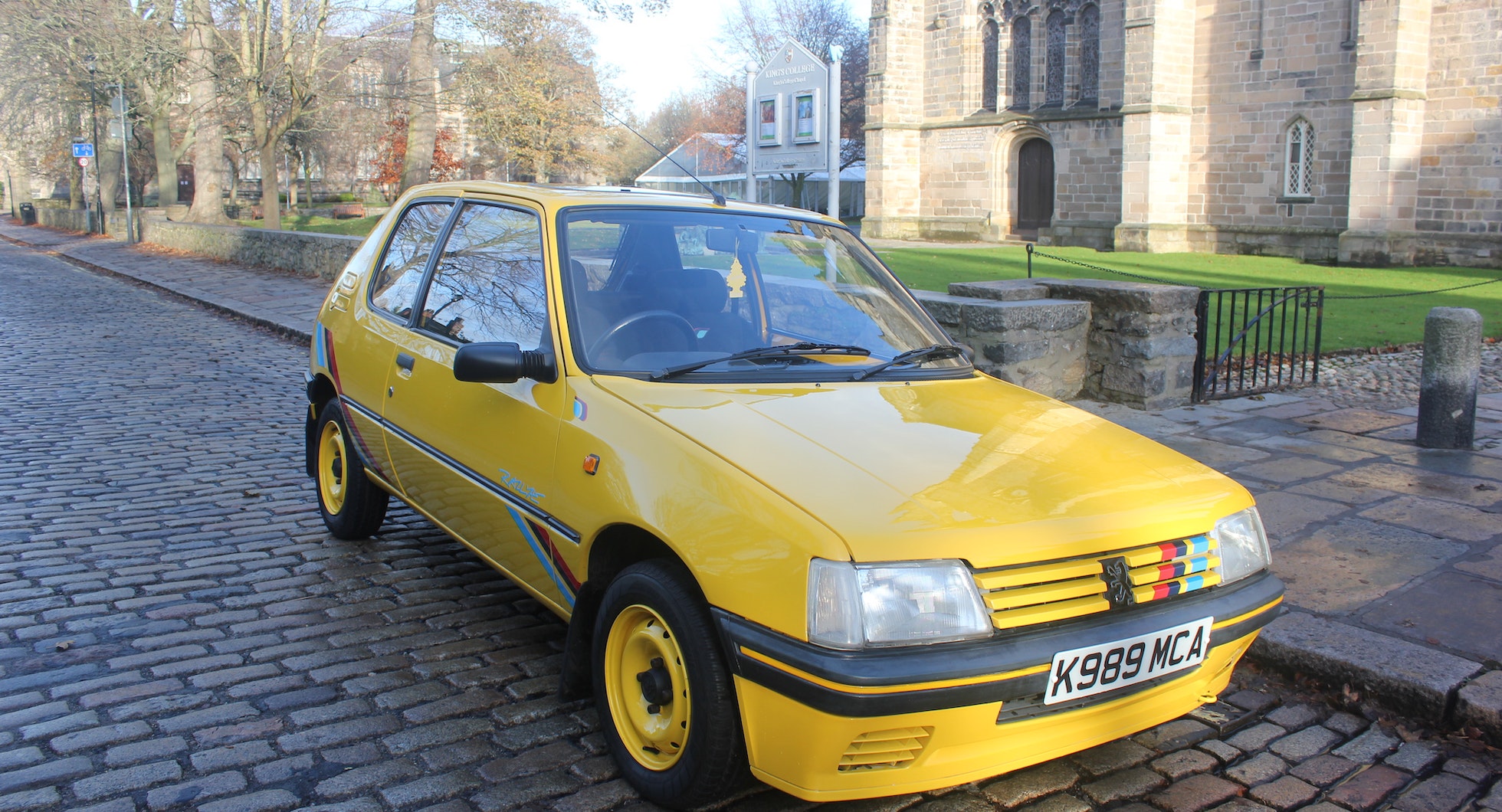 This 1993 Peugeot 205 Rallye is a rare and sought-after lightweight hatchback, which is in superb mechanical condition. It is powered by a 1.4-litre four-cylinder engine fed by a twin-choke Solex carburettor, coupled to a five-speed manual transmission. The odometer indicates it has covered 74,776 miles from new. 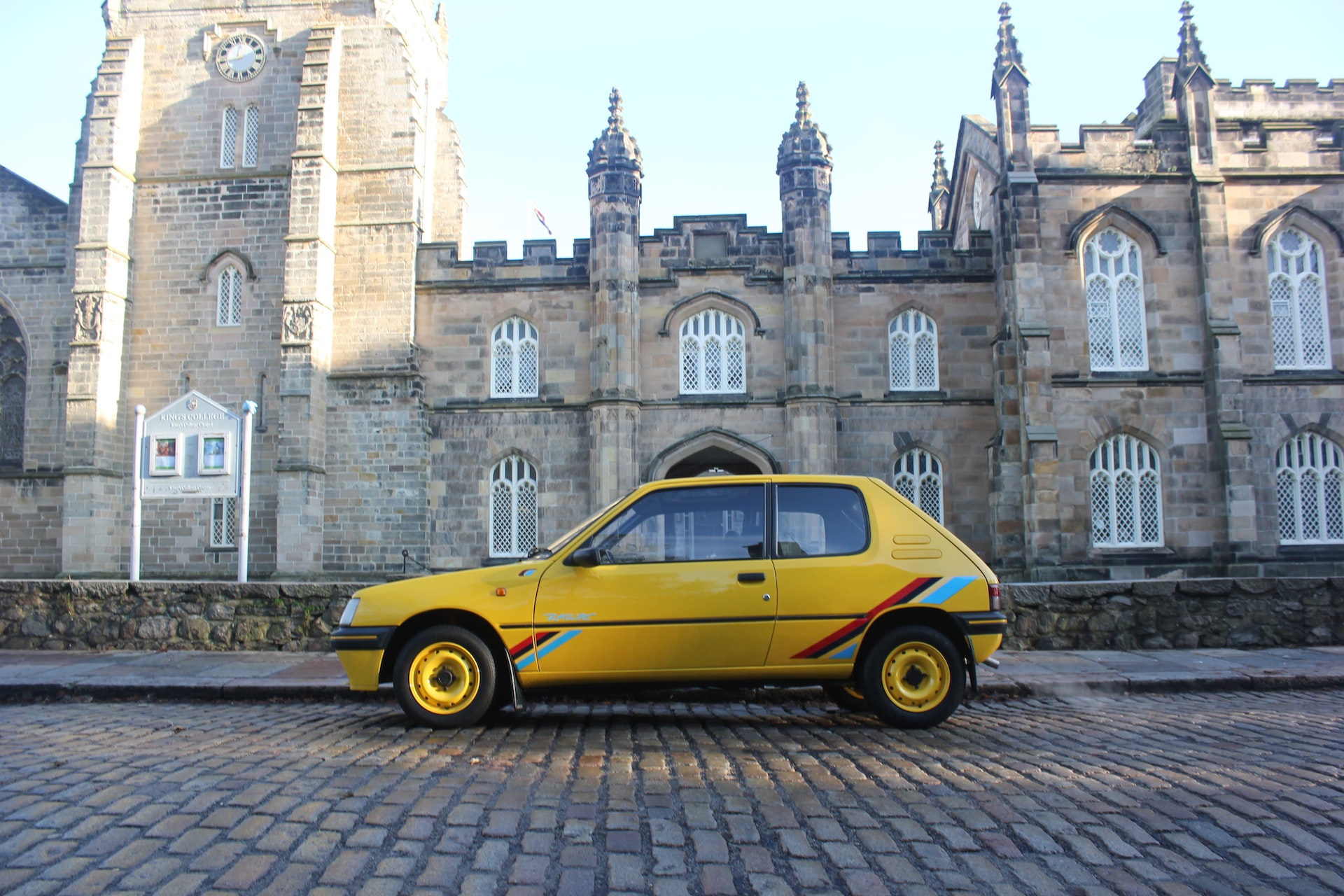 Just over 800 examples of the 205 Rallye were originally delivered to the UK market, and this is one of only 250 imported in the Express Yellow colour. Today, only a fraction of those original Rallyes remain on the road in the UK. 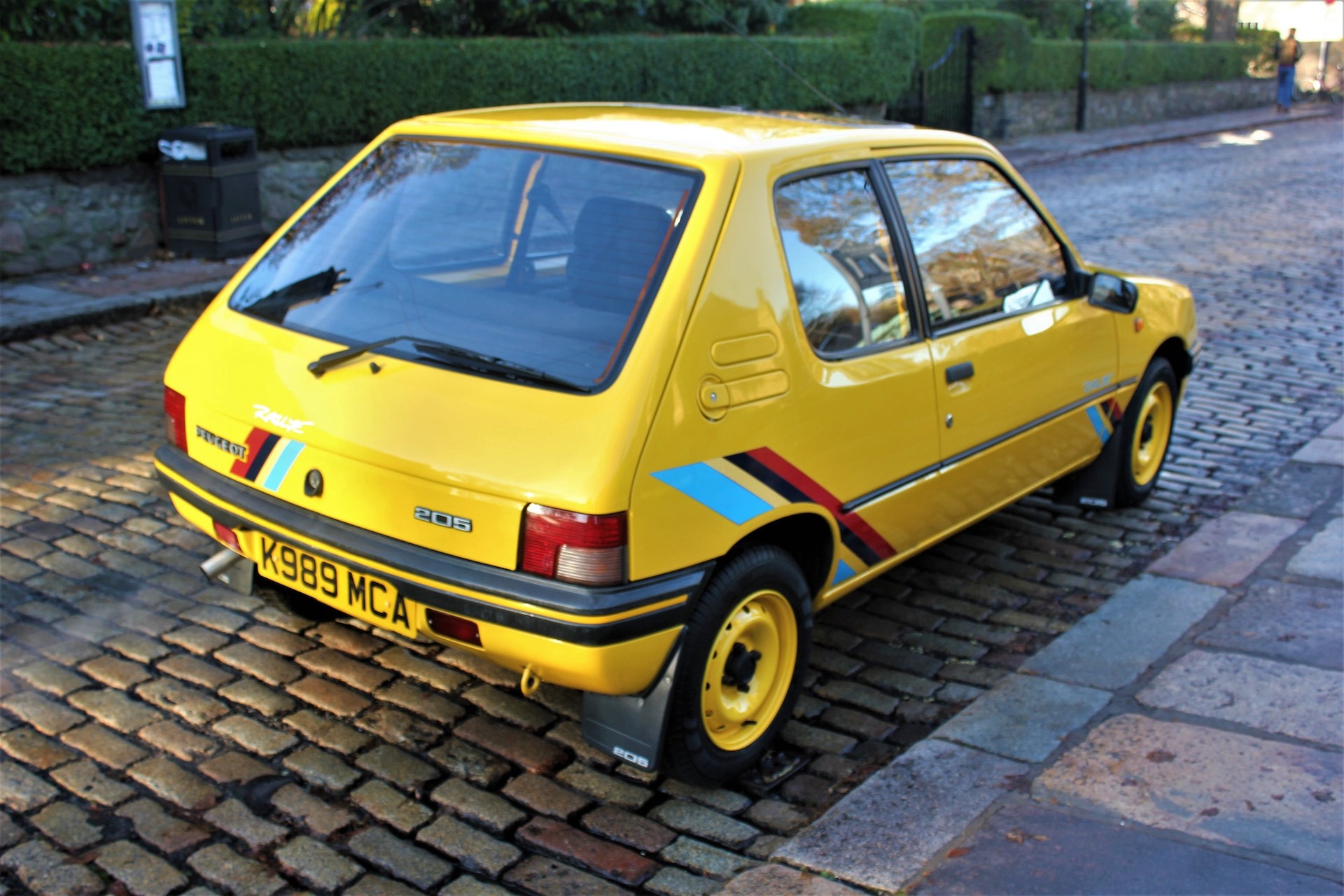 Its bodywork is in good order, and the majority of the paintwork is believed to be original. There are a few minor dings present, as well as some small patches of rust around the wheel arches and in the door jambs. 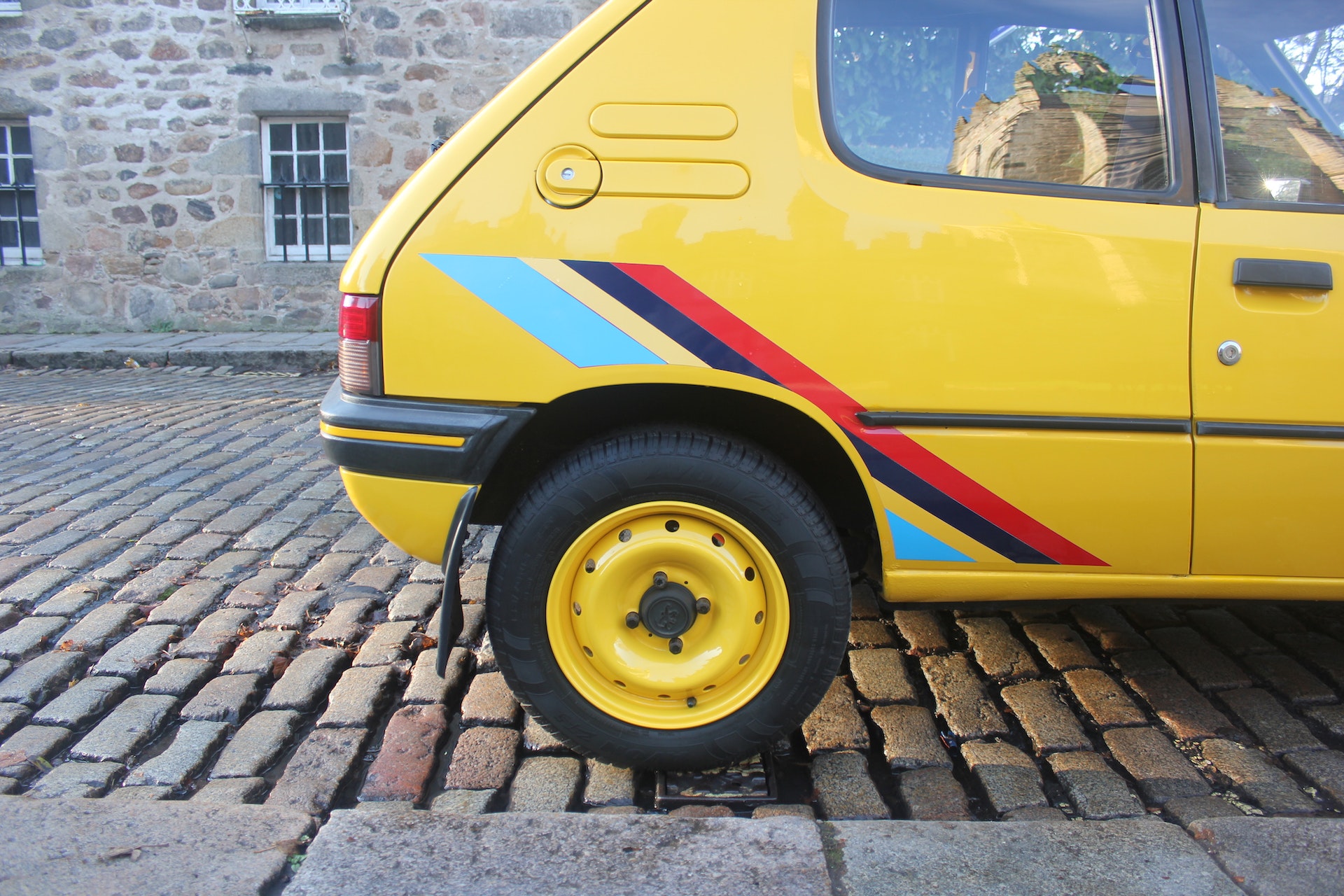 Recent photos of the sills are included in the media gallery, and they are evidently straight and solid. The black plastic trims around the car do have some light scuffs and discolouration in places. All of the light lenses are present and correct and in very good condition. 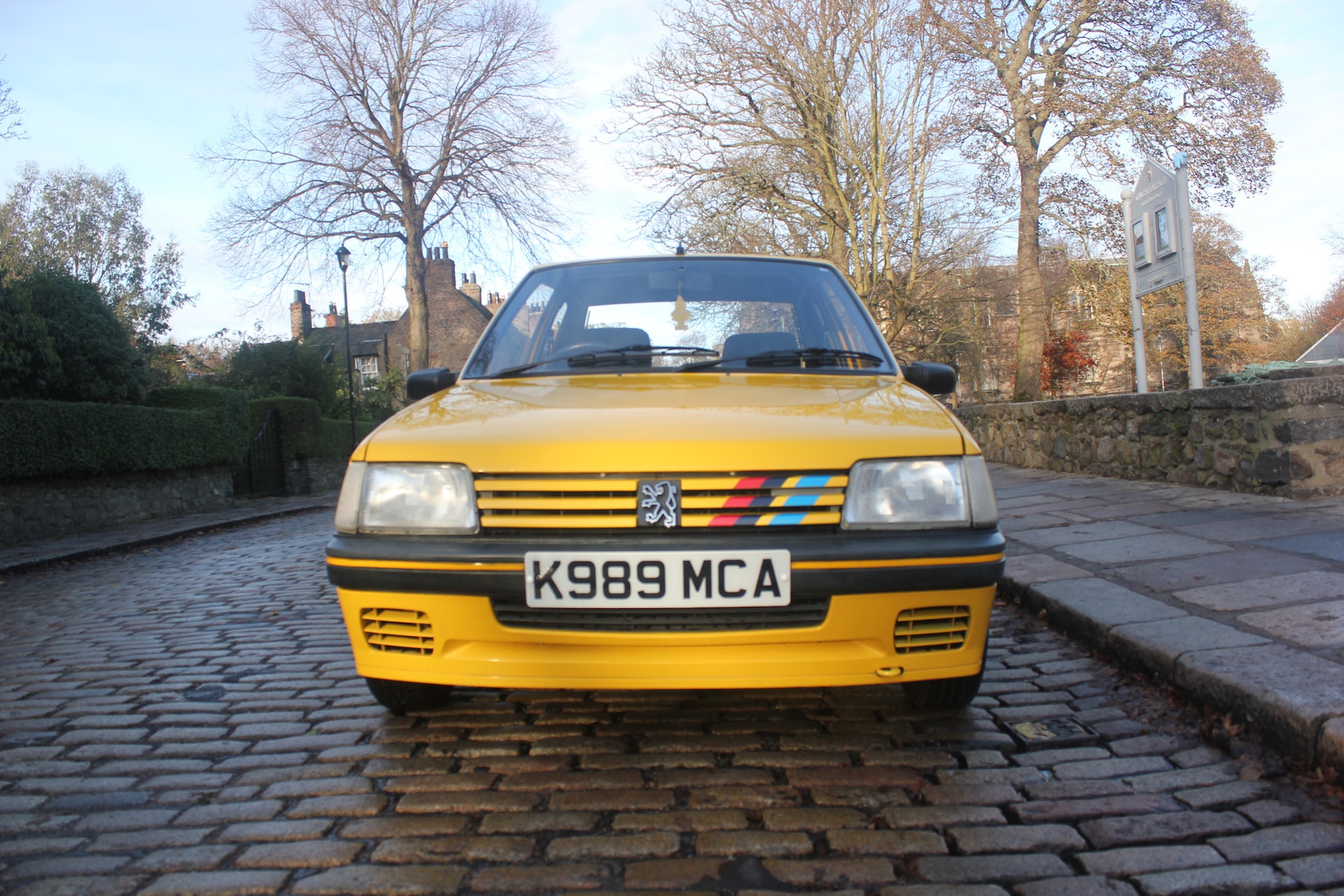 The interior of this 205 Rallye is particularly impressive, remaining all original. Its sport seats are trimmed in black cloth, which are slightly faded with a few very minor blemishes in the fabric, but are otherwise in superb order. The steering wheel and gear knob are both original, and there are no cracks in the dashboard - only a very small patch of damage to the plastic above the glove box. 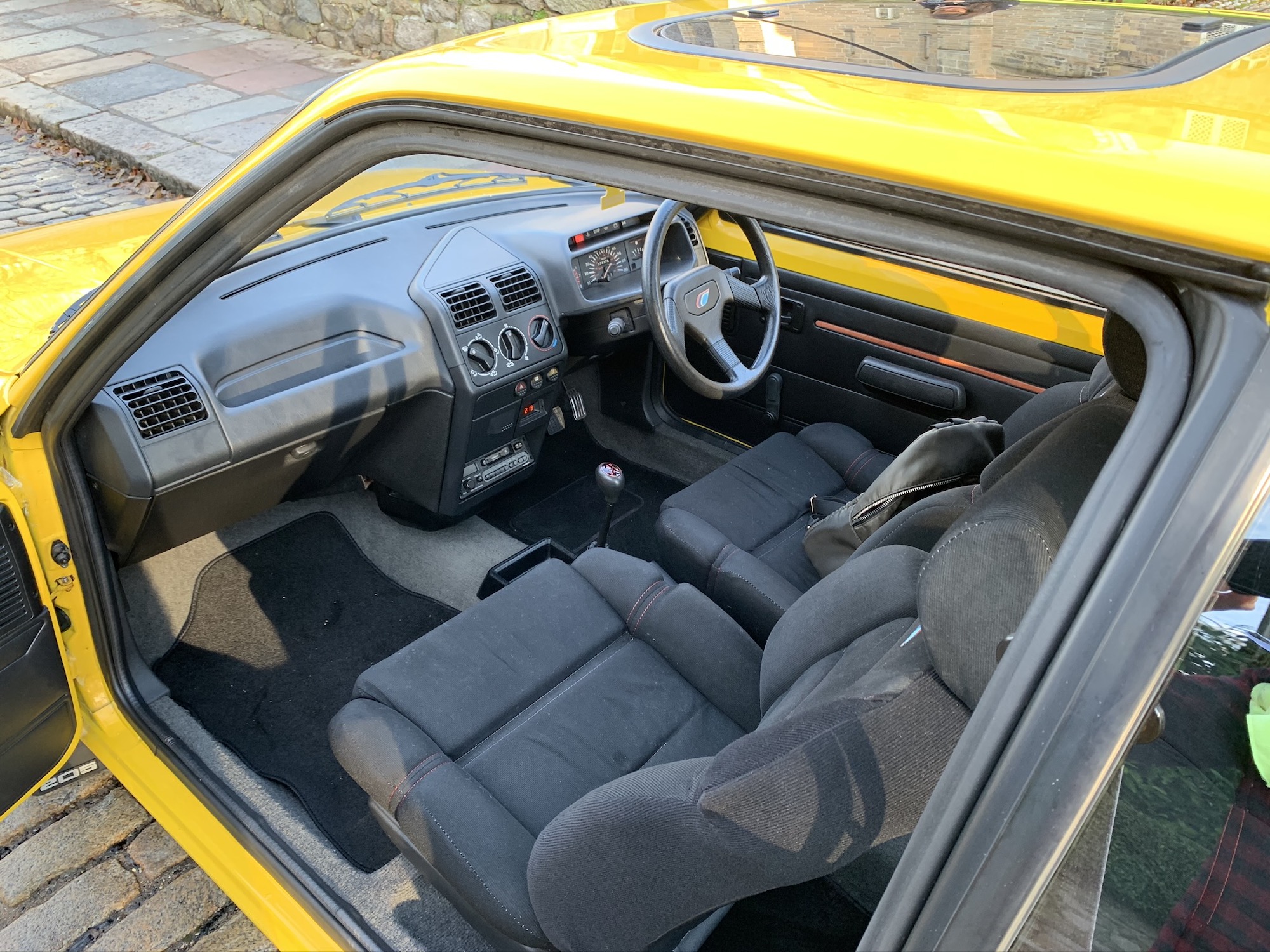 A Peugeot-branded Clarion radio and cassette player is fitted in the centre console, and its lightweight focus means that only basic heating and ventilation is present. The headlining is still in great shape, and above the front occupants is a pop-up glass sunroof panel that works as it should. 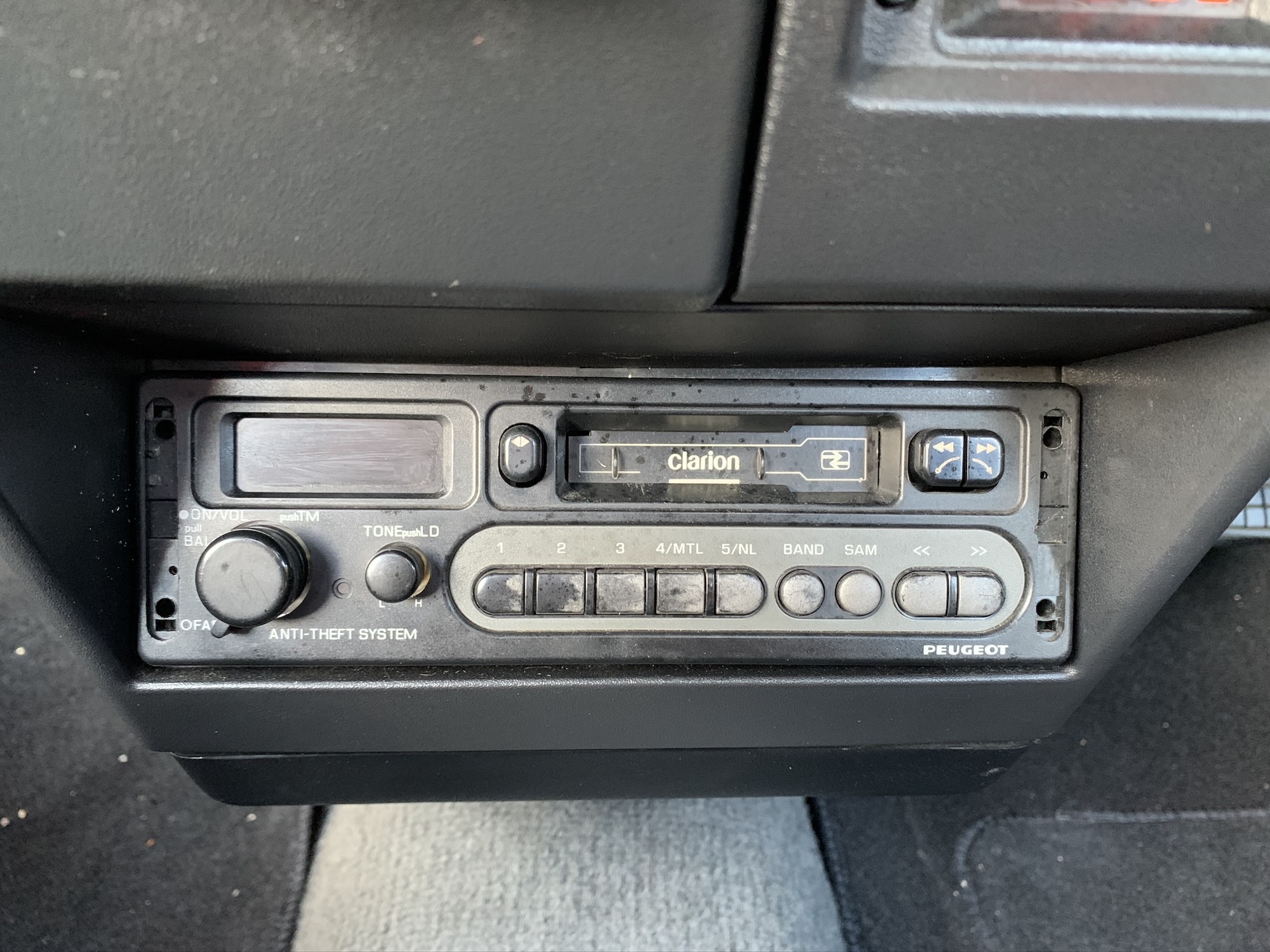 Its last scheduled maintenance was in April 2019, which comprised a thorough service and overhaul. The engine oil and filter were renewed, along with the gearbox oil. Its coolant system was also flushed clean, and new coolant added. The vendor also replaced the head gasket, camshaft seal, camshaft timing belt and tensioner, alternator belt, and the water pump. Finally, a fresh set of spark plugs were fitted, as well as a new rotor arm and ignition leads. 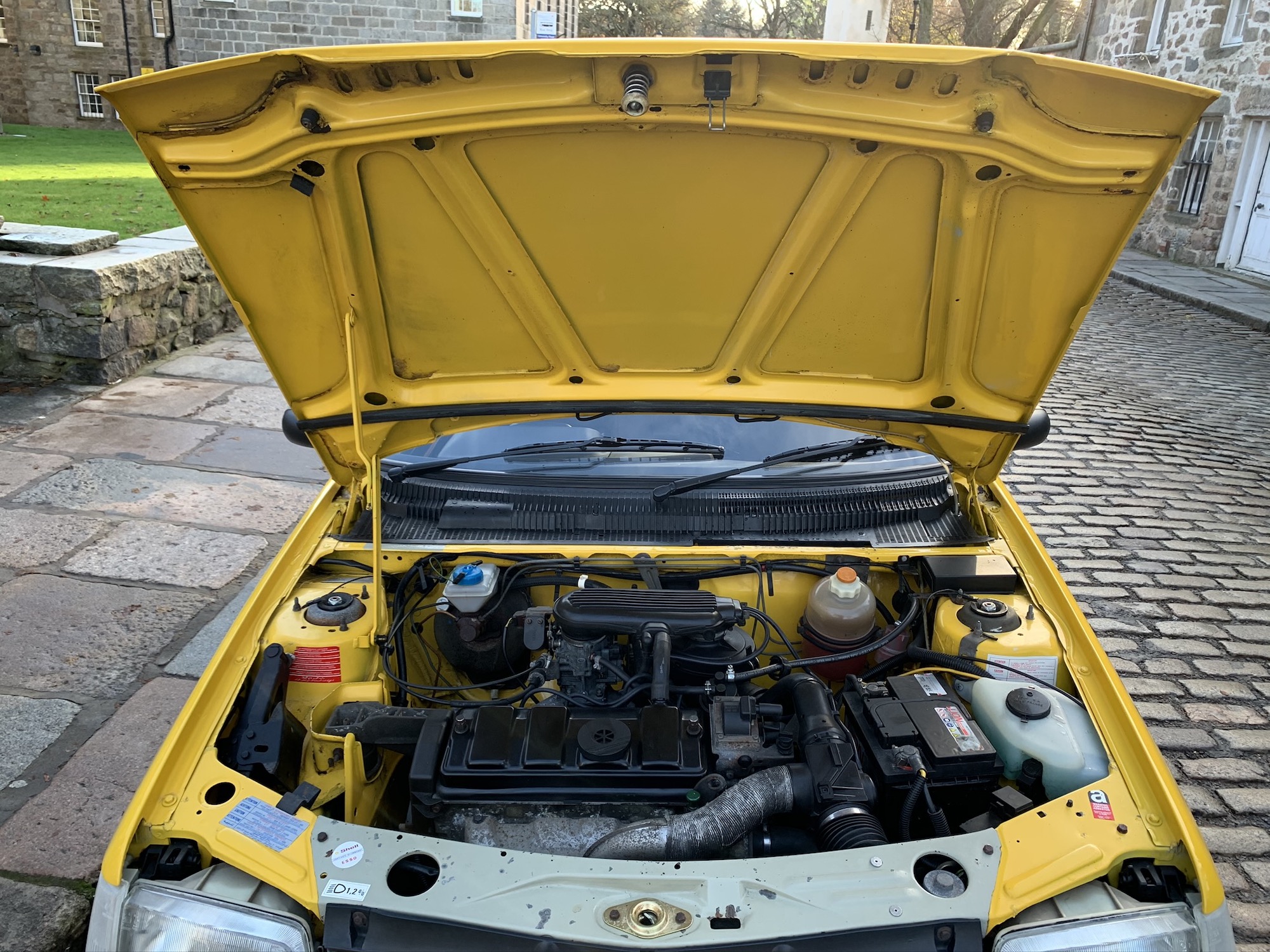 The service prior to this was in May 2017 at 74,251 miles, which comprised an oil and filter renewal, cleaning out of the fuel system, and a replacement fuel filter and hoses to the pump. New centre and rear sections for the exhaust system were also fitted at the same time. 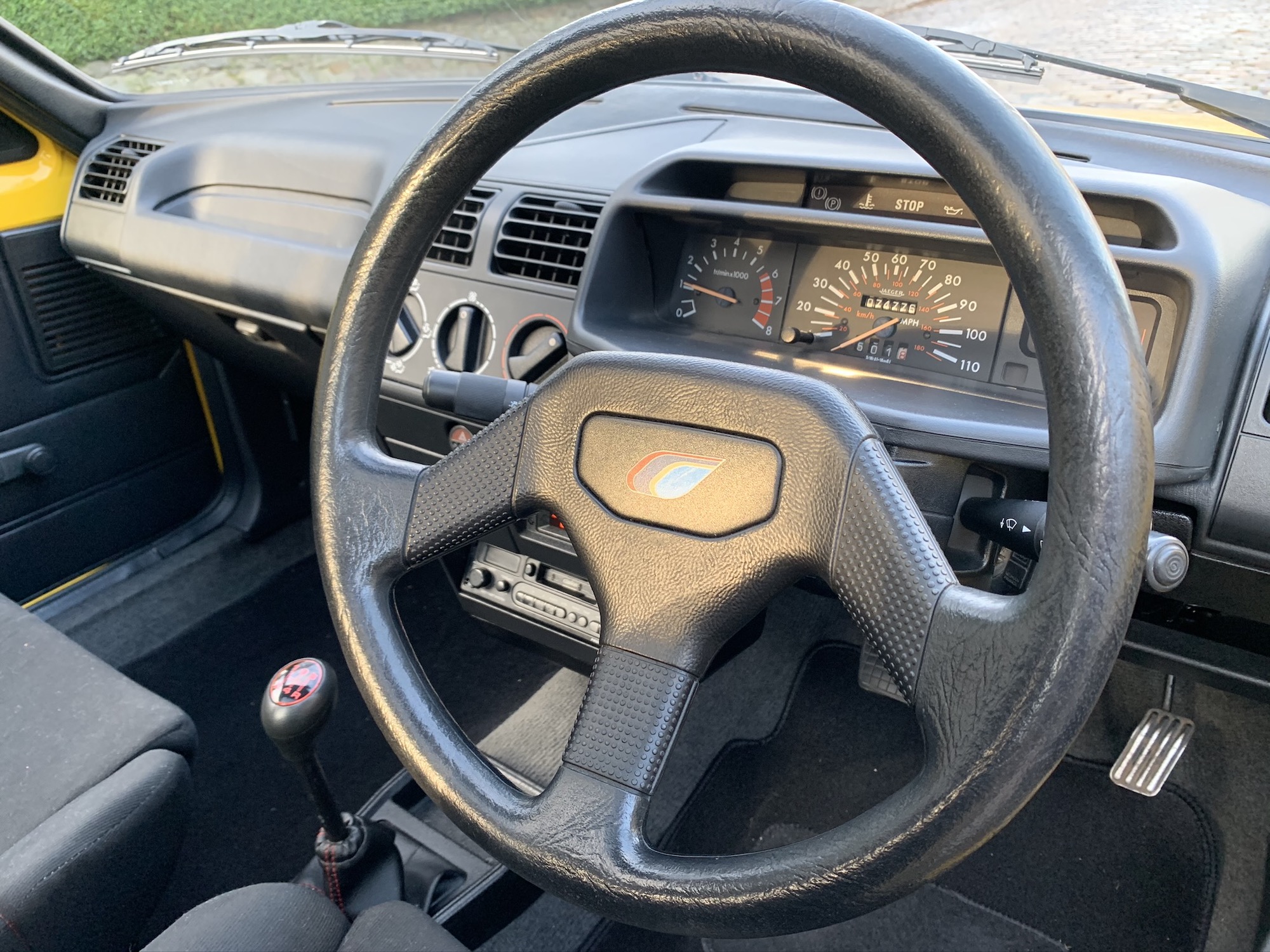 In 2014, the front brake discs and pads were replaced, and the car has travelled less than a few thousand miles since then. Koni STR.T shock absorbers and springs were also supplied and fitted, along with new track control arms, track rod ends and bushes. The driveshaft gaiters were also replaced and packed with fresh grease, and full geometry check and adjustment was carried out. 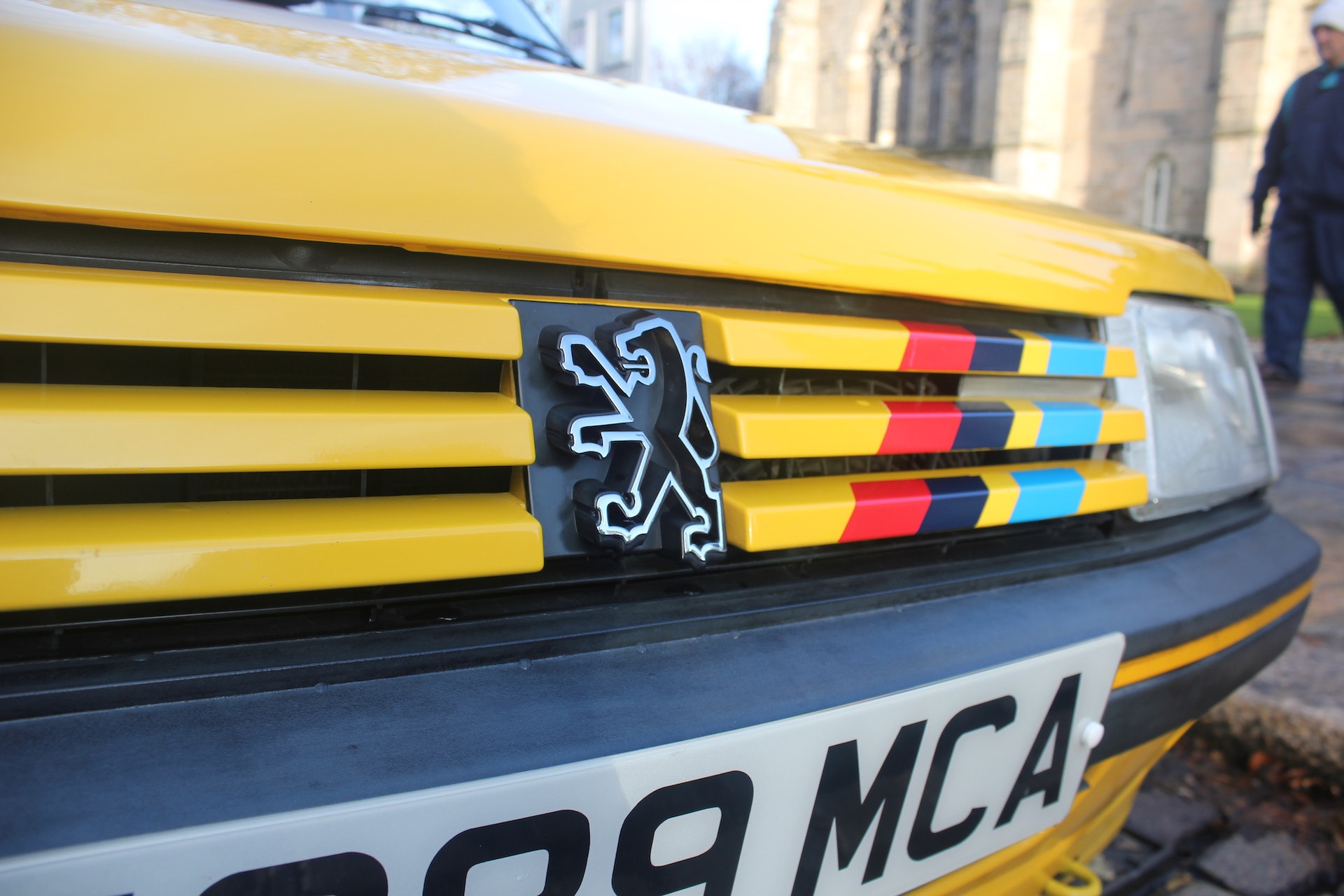 Its last MOT test was on 22 April 2019 at 74,450 miles, which resulted in a clean pass with the exception of a single advisory about deterioration of the registration plate - and both plates have since been replaced. The vendor reports that the tyres are all in good order. The painted steel wheels are fitted with Firestone Multihawk tyres at the front and Avon ZT5 at the rear, all in size 155/70 R13. 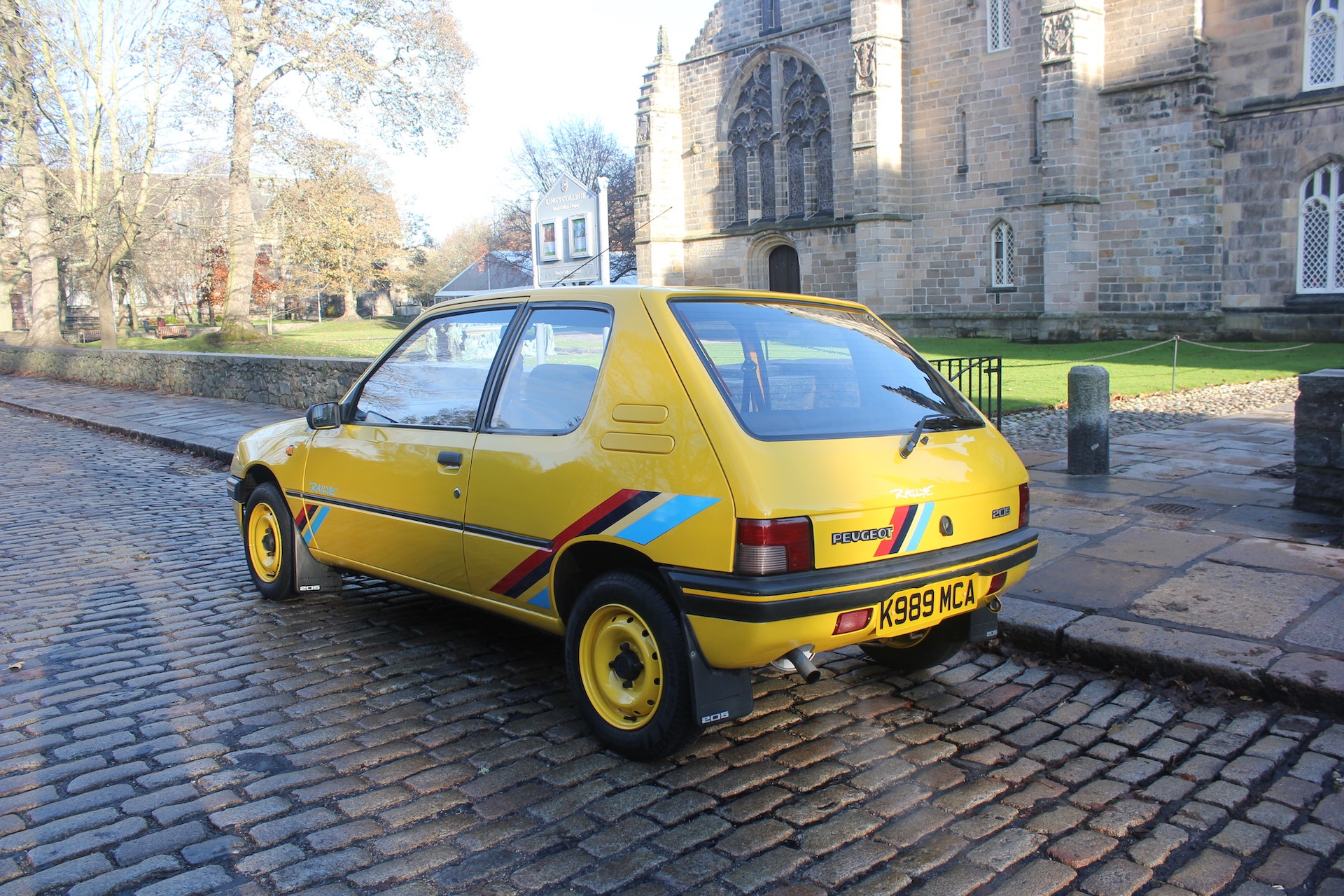 Accompanying the car is the original book pouch, including the owner’s manual, a replacement service book and two keys. 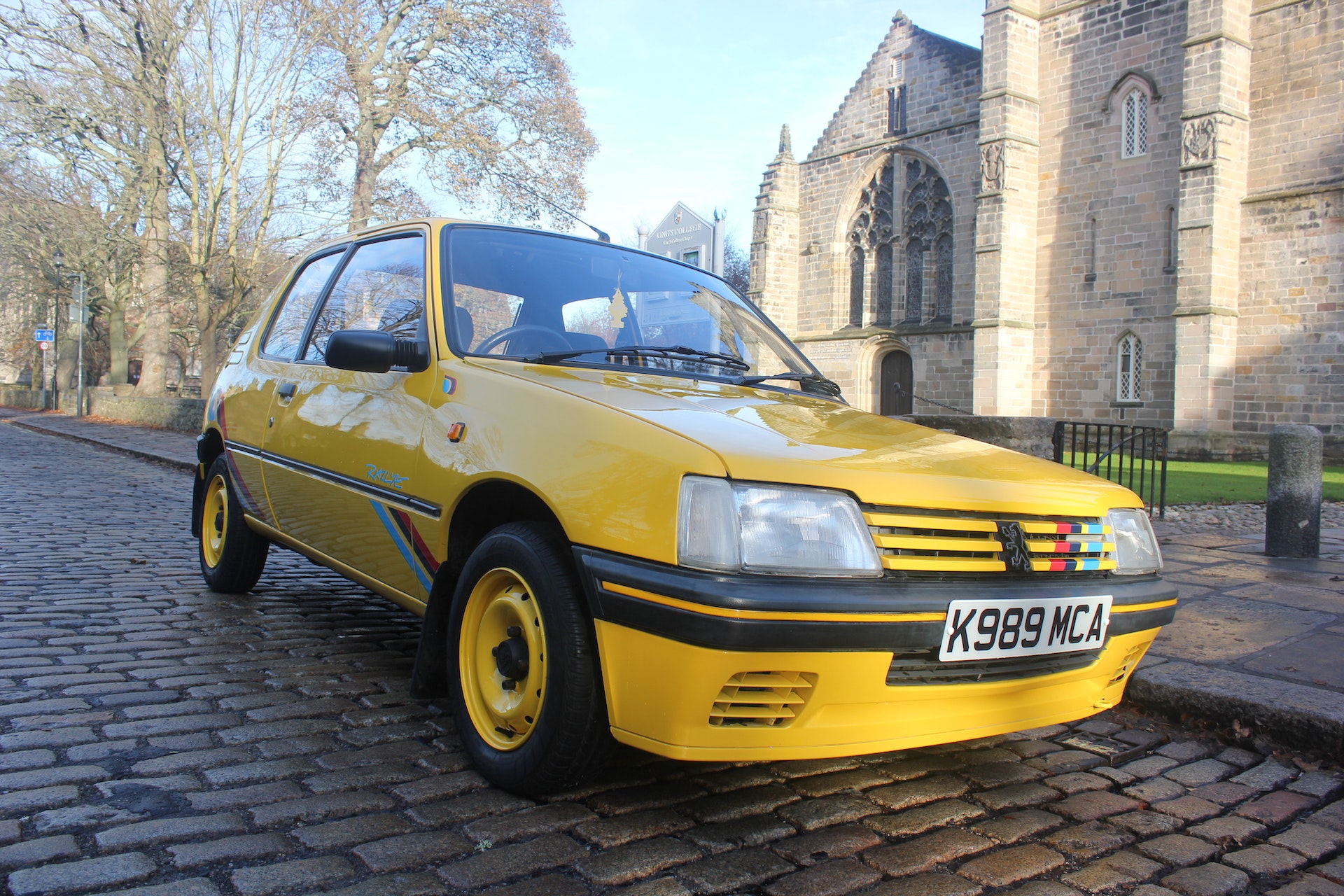 This Peugeot 205 Rallye is a modern French classic that is undoubtedly a joy to own. Its vibrant character is backed up by a rewarding no-frills driving experience. This particular example has been dry stored and driven sparingly in the last few years, but importantly has still received recent and thorough maintenance work. It is therefore ready for the next owner to take to the roads and enjoy immediately.