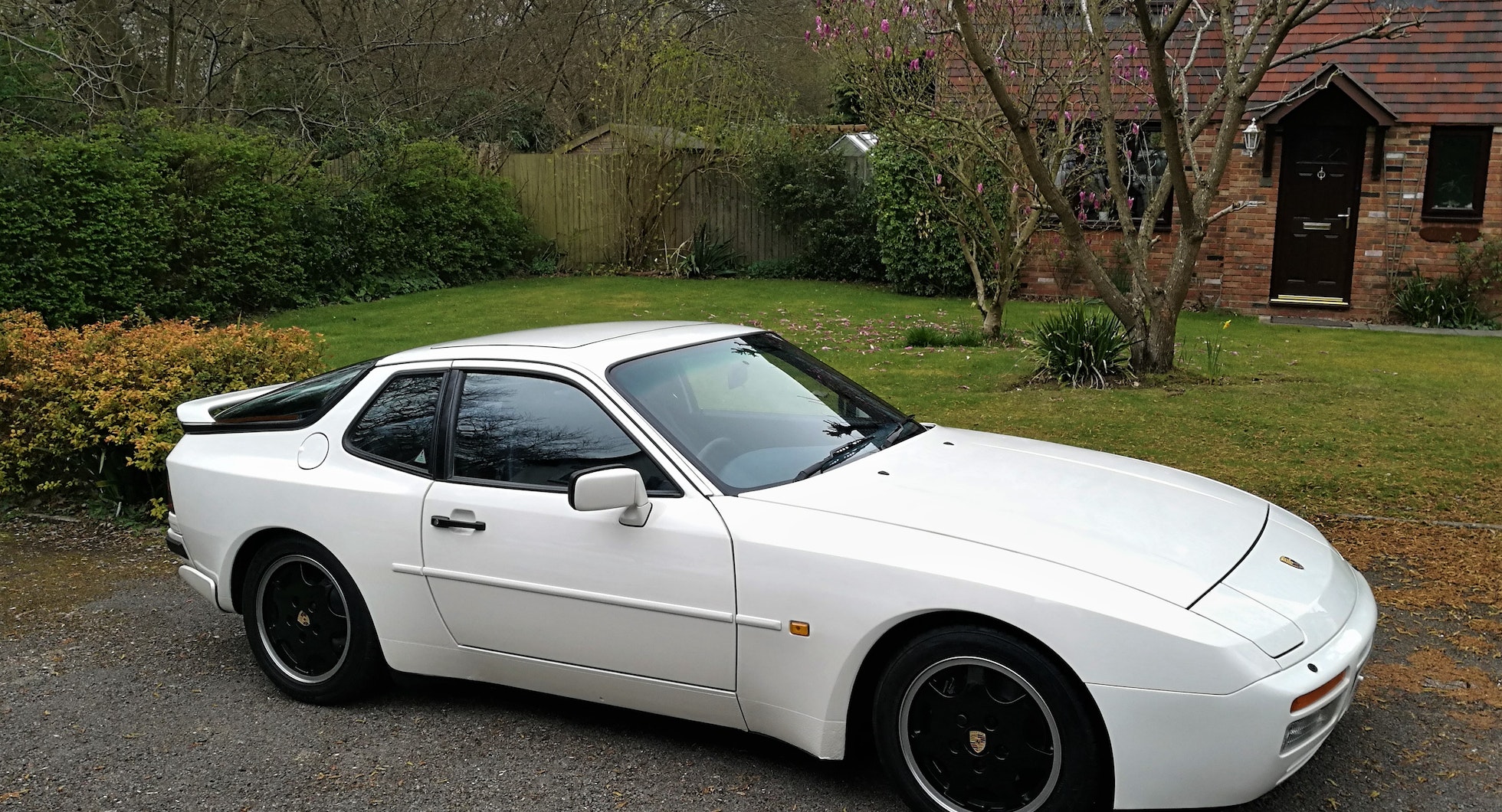 This 1992 Porsche 944 S2 is a low-mileage modern classic sports car in remarkable condition. It is powered by an aluminium-block 208bhp 3.0-litre engine, driven through a five-speed manual transaxle. While it is common to find 944s with odometers that have long since ticked over into six digits, this example has covered just 53,100 miles from new. 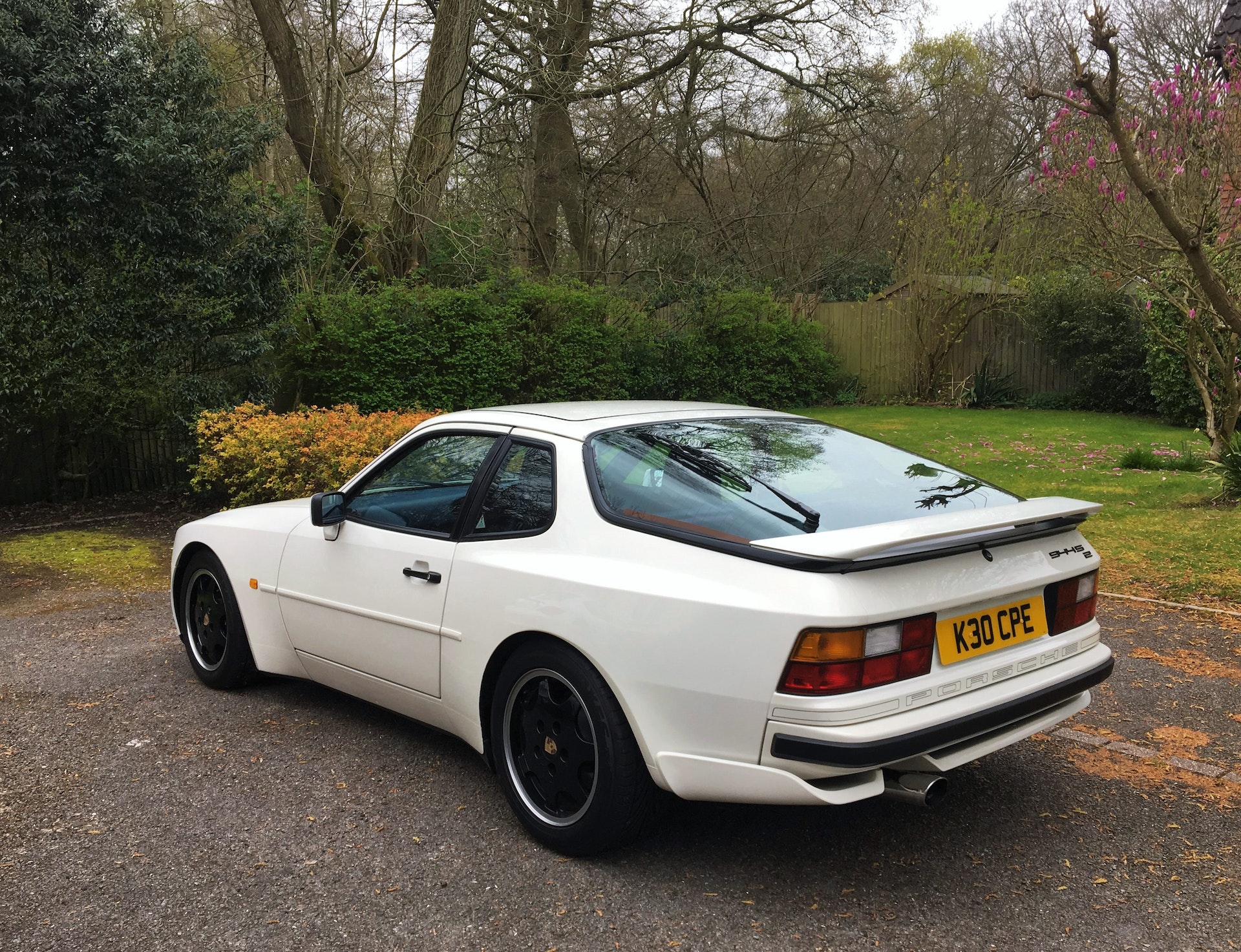 First registered in August 1992, this K-reg car is one of the last S2s to be sold in the UK. It has evidently been cherished by its previous keepers, and presents superbly. Over the last 21 years, the car has covered just 10,000 miles in the hands of three enthusiast owners - and with six owners in total. The vendor has owned the car for nearly four years and has covered hundreds of happy miles behind the wheel. 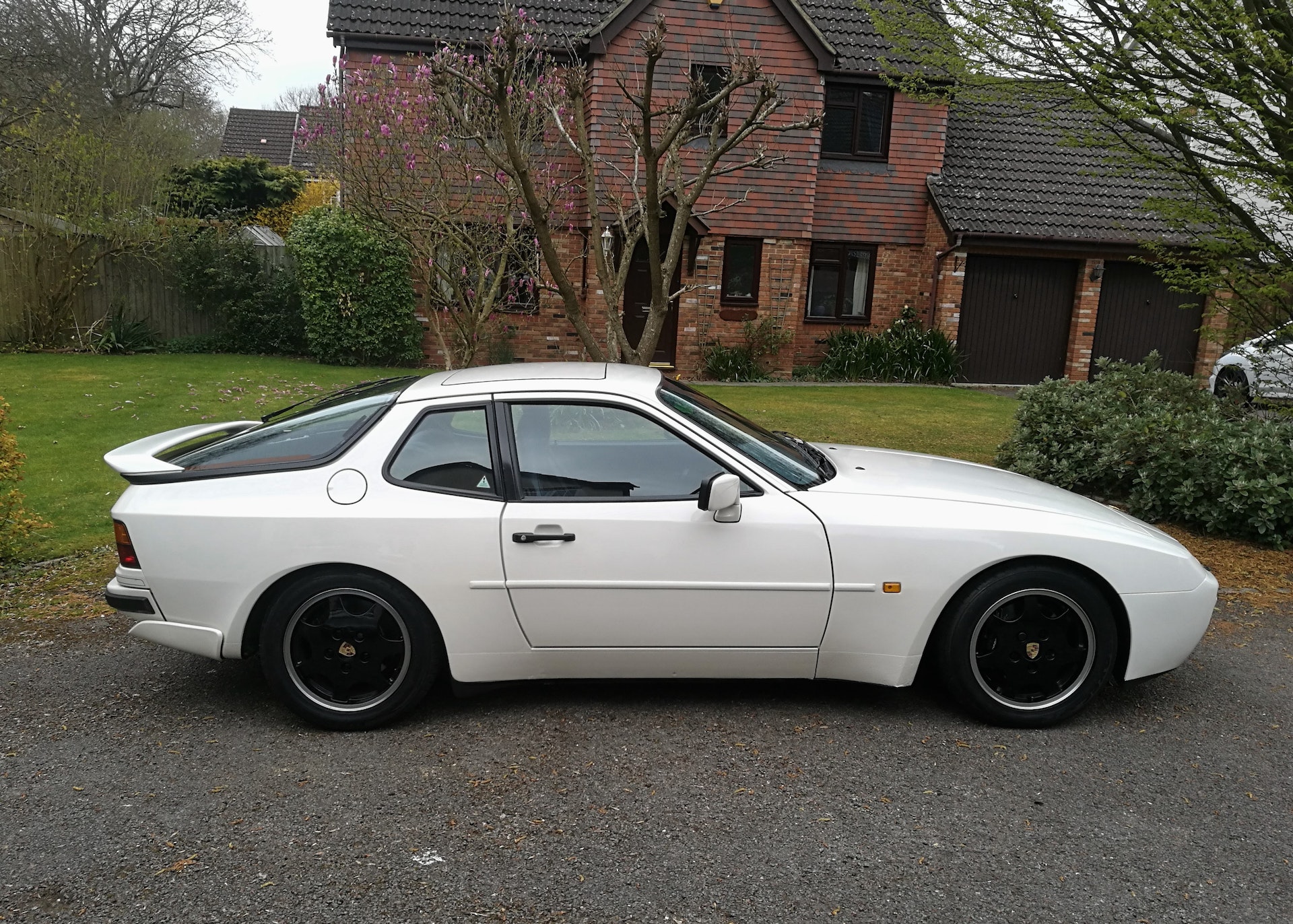 The 3.0-litre inline-four in the S2 was arguably the engine that the 944 really deserved. Its high capacity made it the largest production four-cylinder engine of its time, and the mechanical specification included the four-piston brake calipers from the Turbo model. It also featured an uprated gearbox, stronger driveshafts and wider wheels - not to mention the rounded front and rear panels from the Turbo as well. 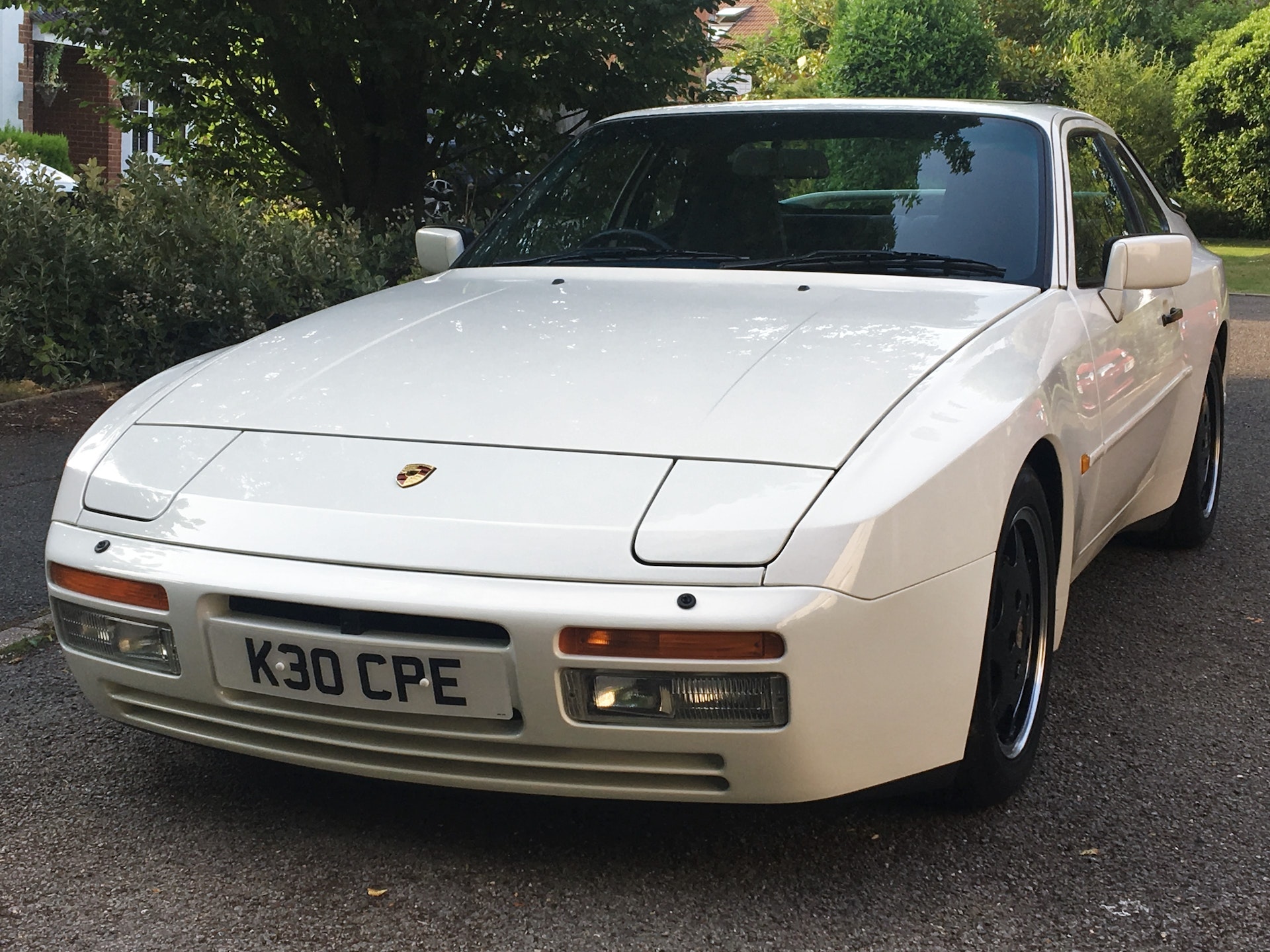 Writing about the S2 in September 1989, Motor Sport’s Gordon Cruickshank said: “If you stop just short of the red line, you can hit 60 mph in a fraction over six seconds, and if you take it that far in all five gears you should level out at an absurd but exhilarating 144 mph.” 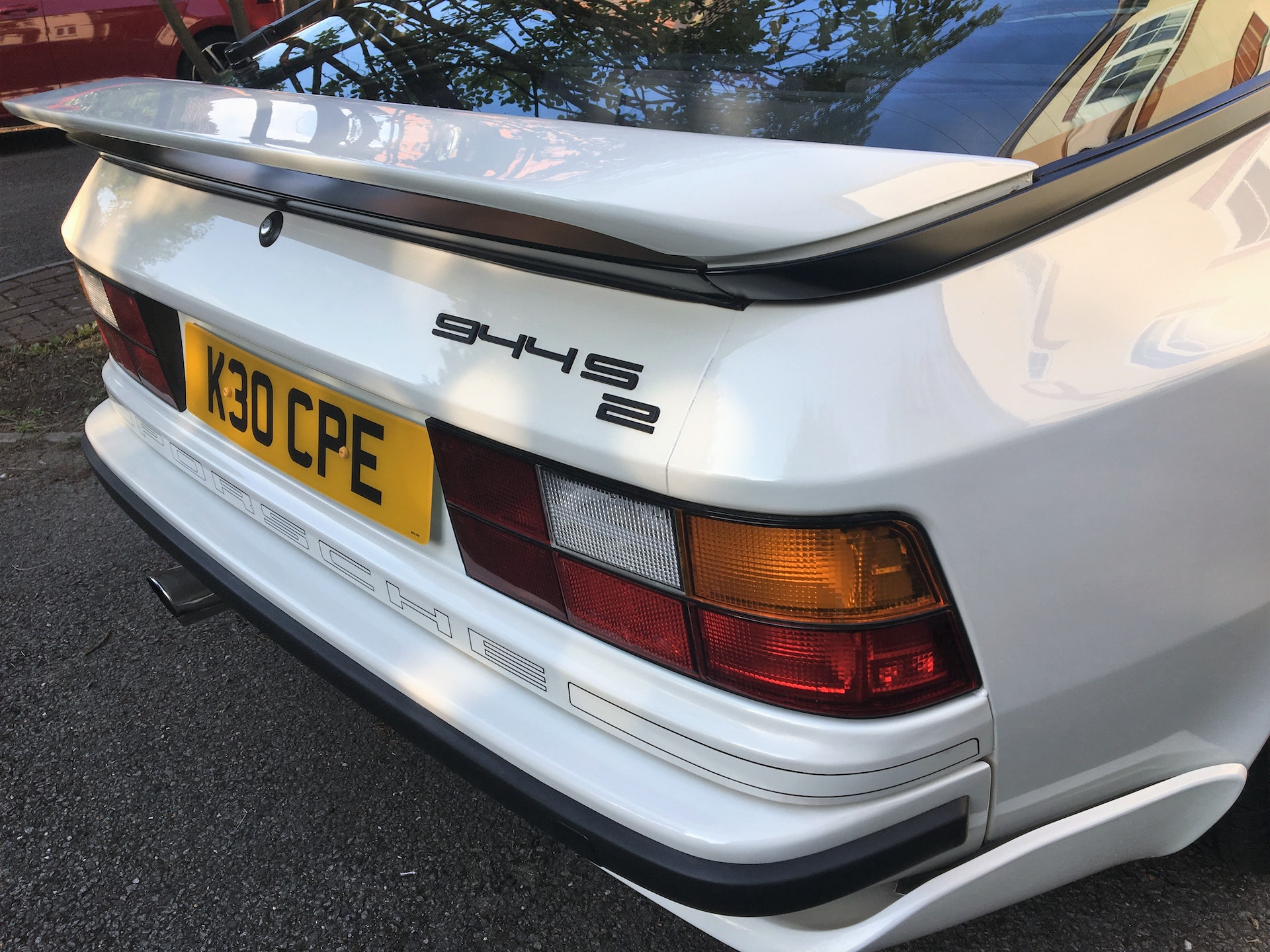 This car’s Alpine White paintwork is presented in excellent condition. While never subject of a full repaint, the front bumper and nose panel have been resprayed to remove stone chips, and the sills have had fresh paint following work to rectify the common corrosion. This car is a late S2 model with the ‘bridge’ spoiler, which has been colour-coded to the bodywork. The original satin black spoiler has been retained, and can be put back on the car if desired. 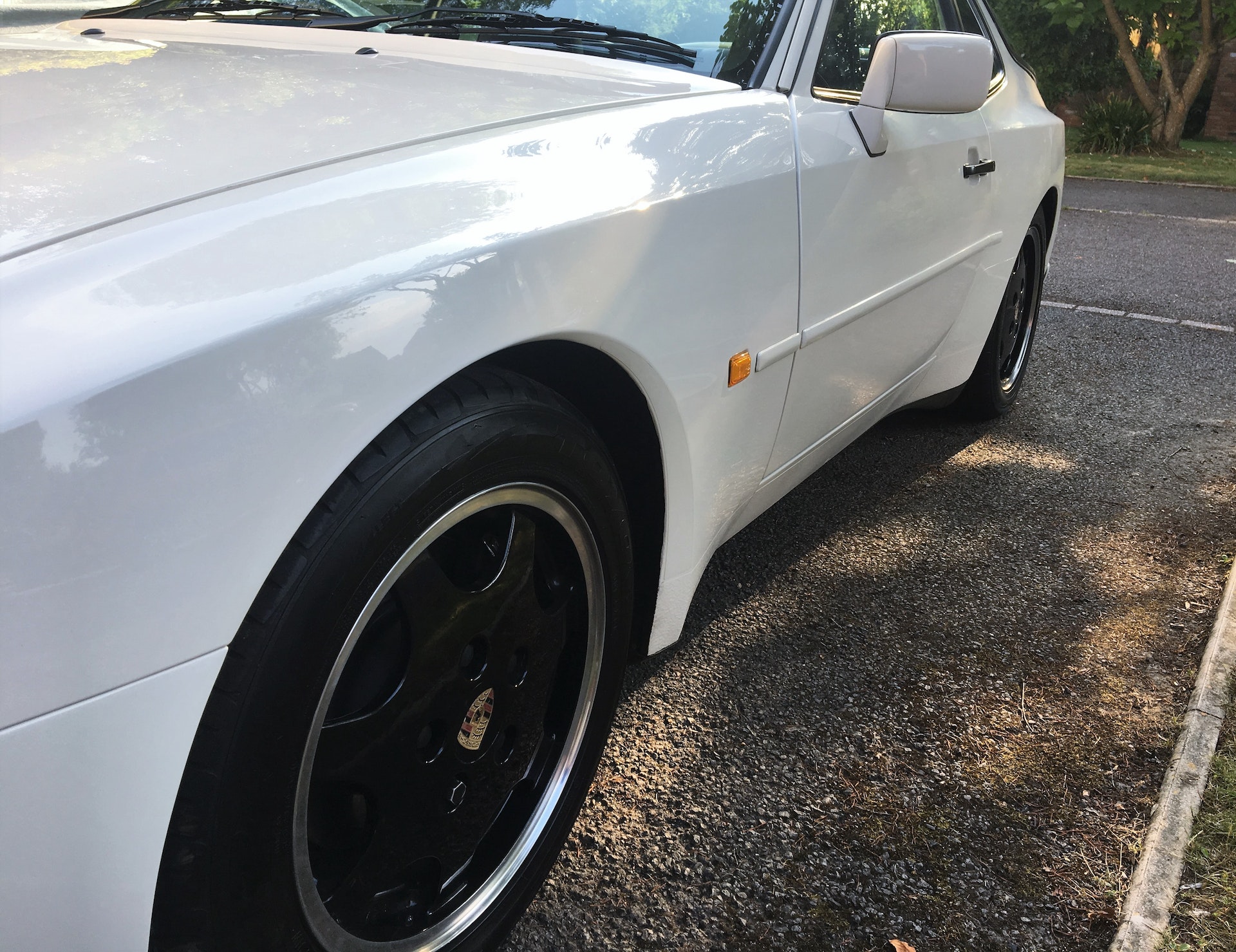 It sits on a set of original flat-faced ‘Design 90’ 16-inch cast alloy wheels, which have been refurbished in gloss black. Should the next owner desire, the vendor also has a set of newly-refurbished silver wheels of the same design, which can be swapped onto the car in the event of a successful sale. 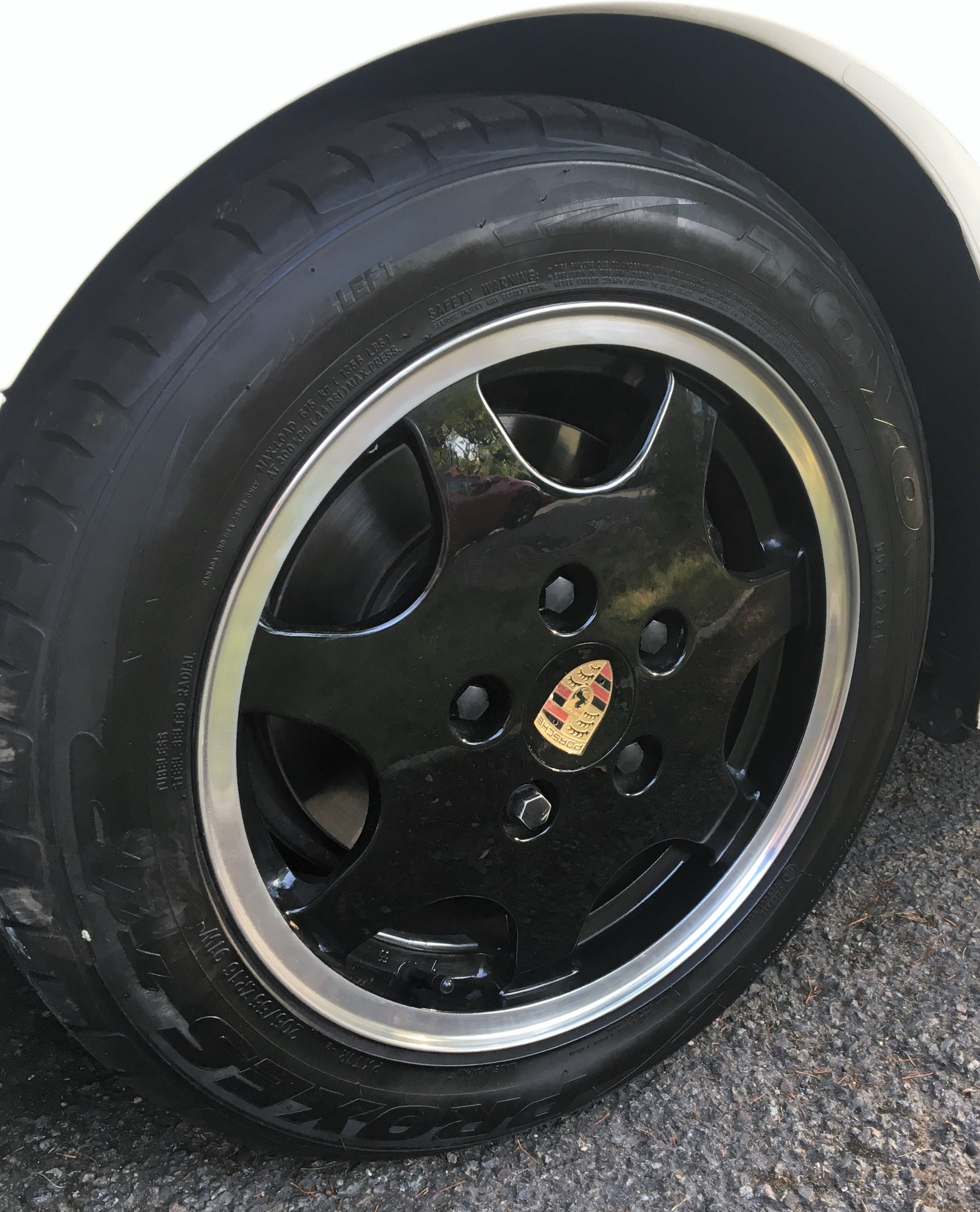 Inside, the original interior is in superb condition. The vendor states that it “looks like new”, and it’s hard to disagree with that assessment. Its Cobalt Blue ‘Porsche Script’ fabric trim is in great shape, with no rips or holes, and no wear to speak of. The original Porsche overmats are also in excellent, unworn condition. 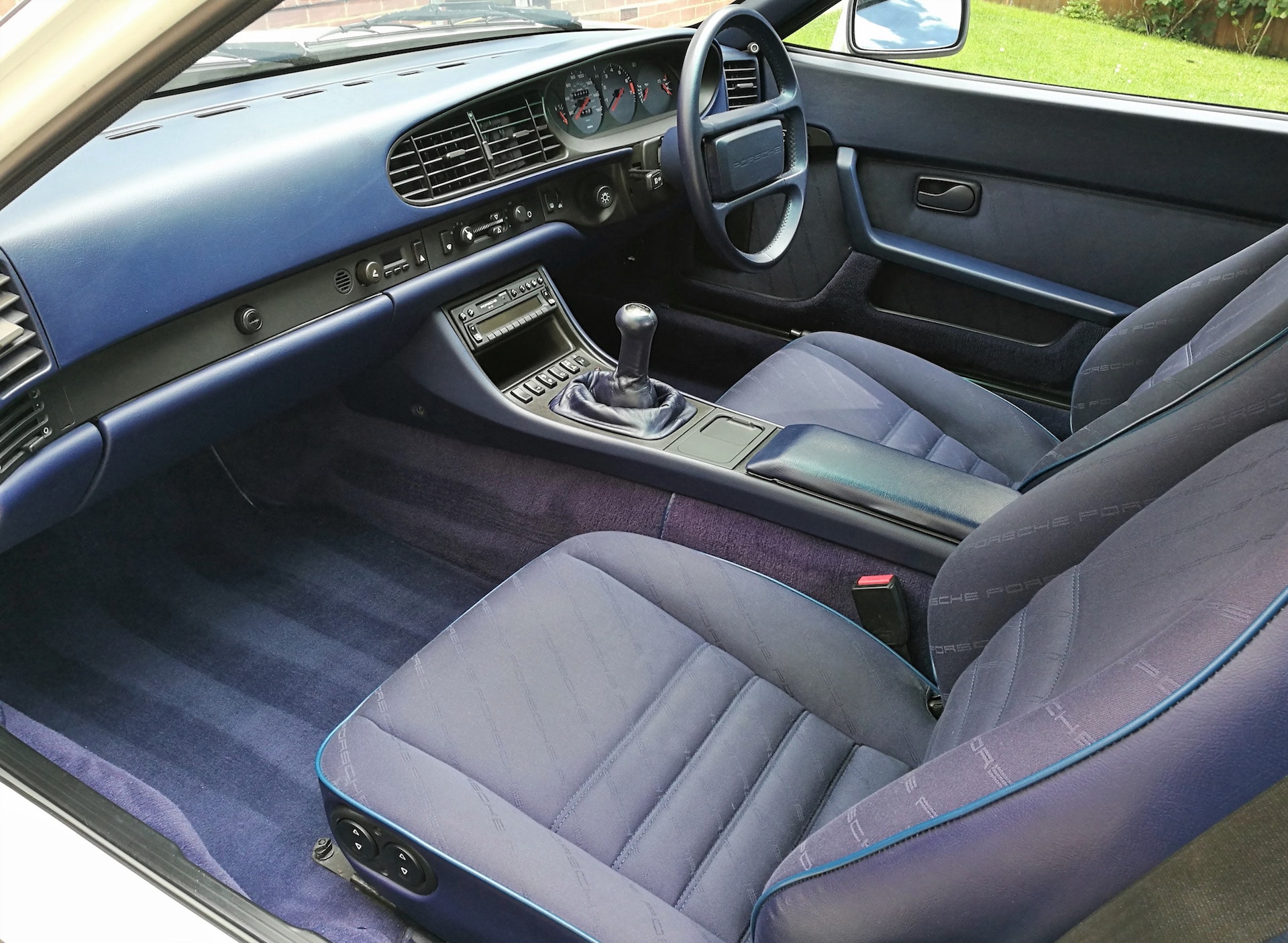 As an S2 car, it features the handsome oval-shaped dashboard, which has a pristine finish and no cracks. The steering wheel and gear knob are also in superb order, and all of the switchgear and electrics work as they should. It has a factory-fitted electric sunroof that functions perfectly, and still has the leatherette bag for the roof panel if removed. The original Becker radio cassette player is still in the car, which is complete with its storage case and user manual. 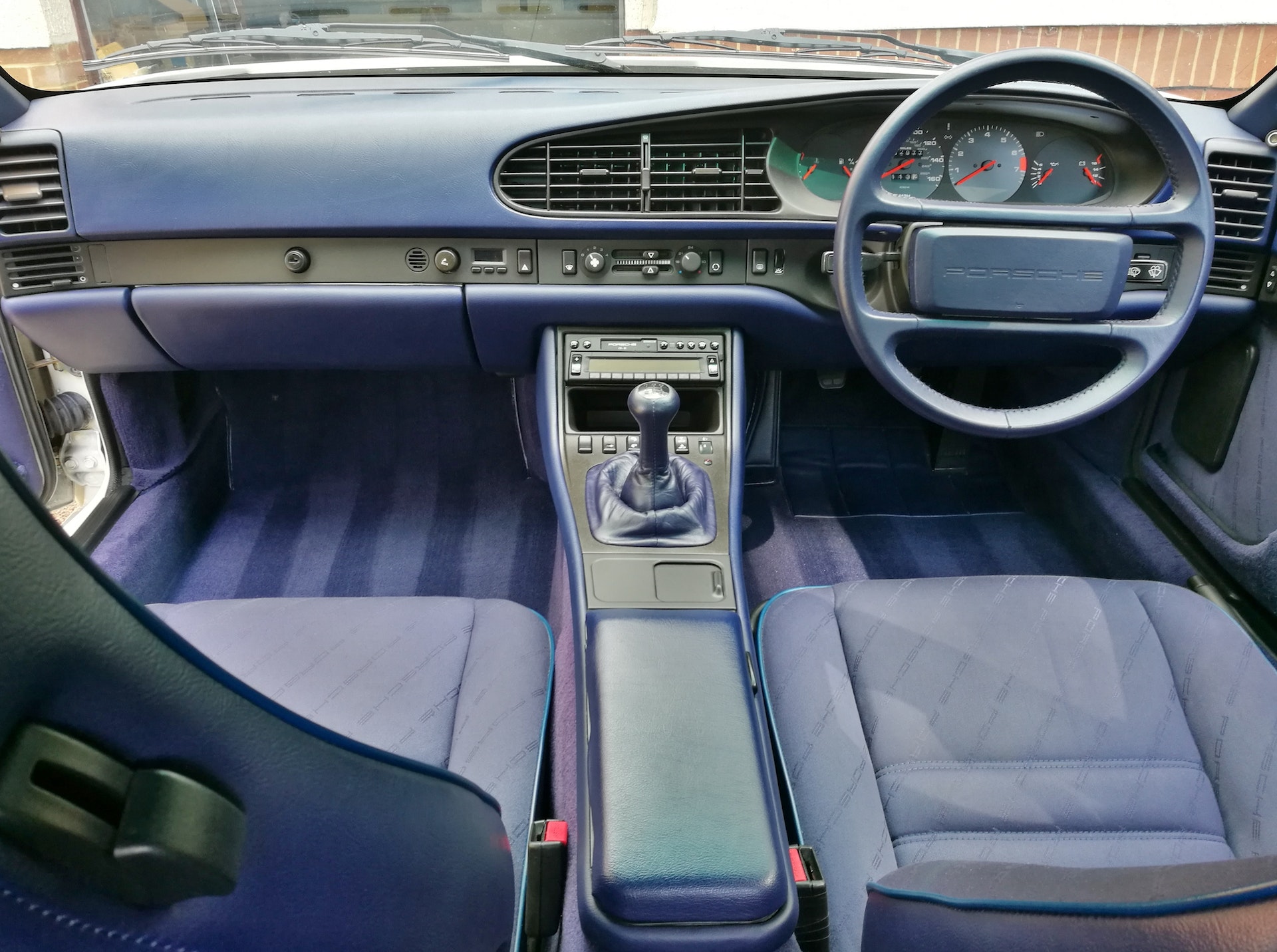 The boot area is clean and tidy, with an unmarked carpet and only some slight sun fading to the original luggage cover. Under the floor, the factory-supplied spare wheel is unused and comes with the Porsche tyre compressor. A complete and also unused tool kit remains with the car, as well as a bespoke hand-polished aluminium lifting jack and handle. 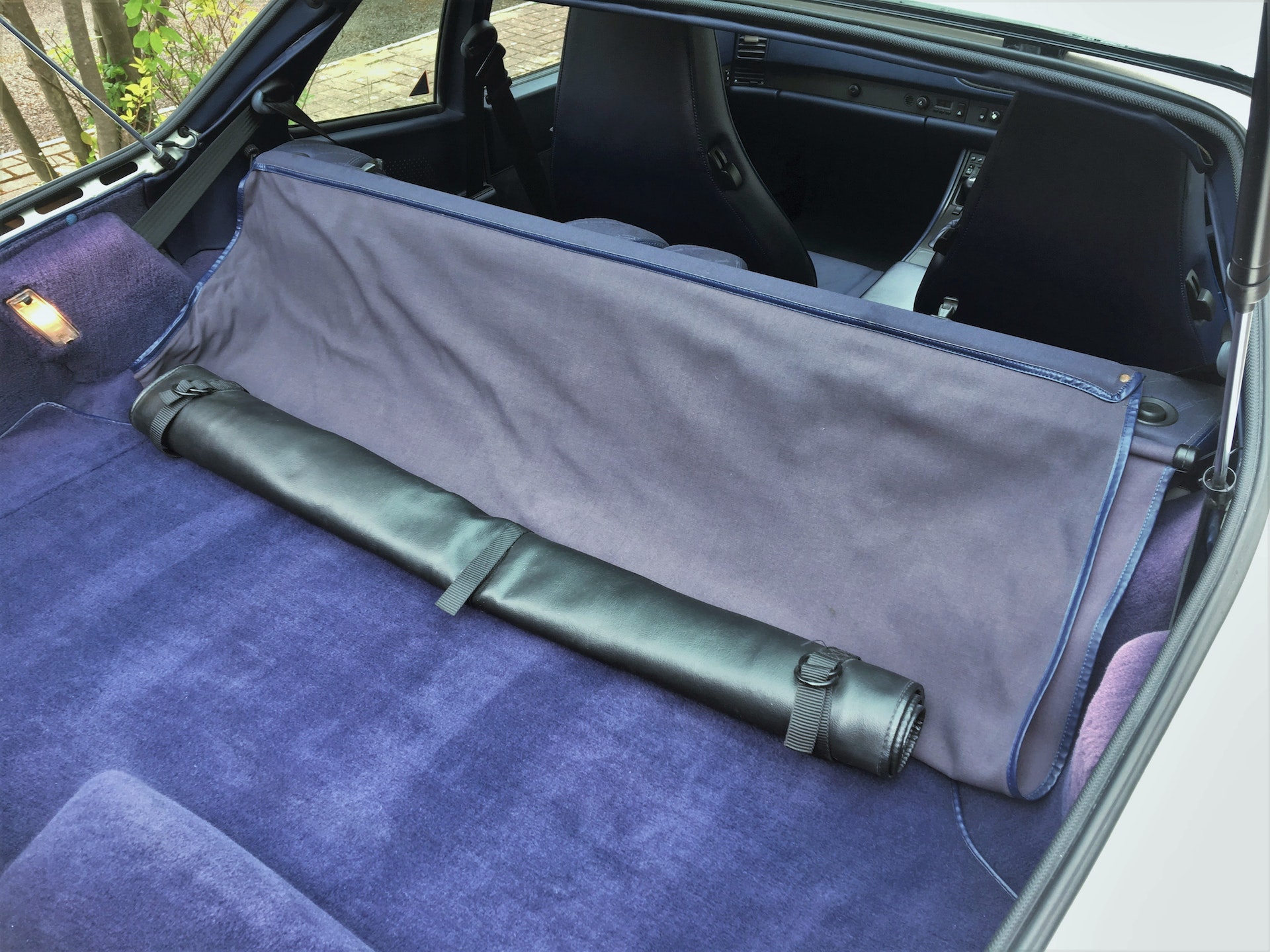 The chassis structure and underside of the car is solid, and the remedial work in 2015 means that this car is free of the common sill rust that afflicts most 944s. The car has only been driven in dry conditions since then and has been dry stored on a trickle charger. 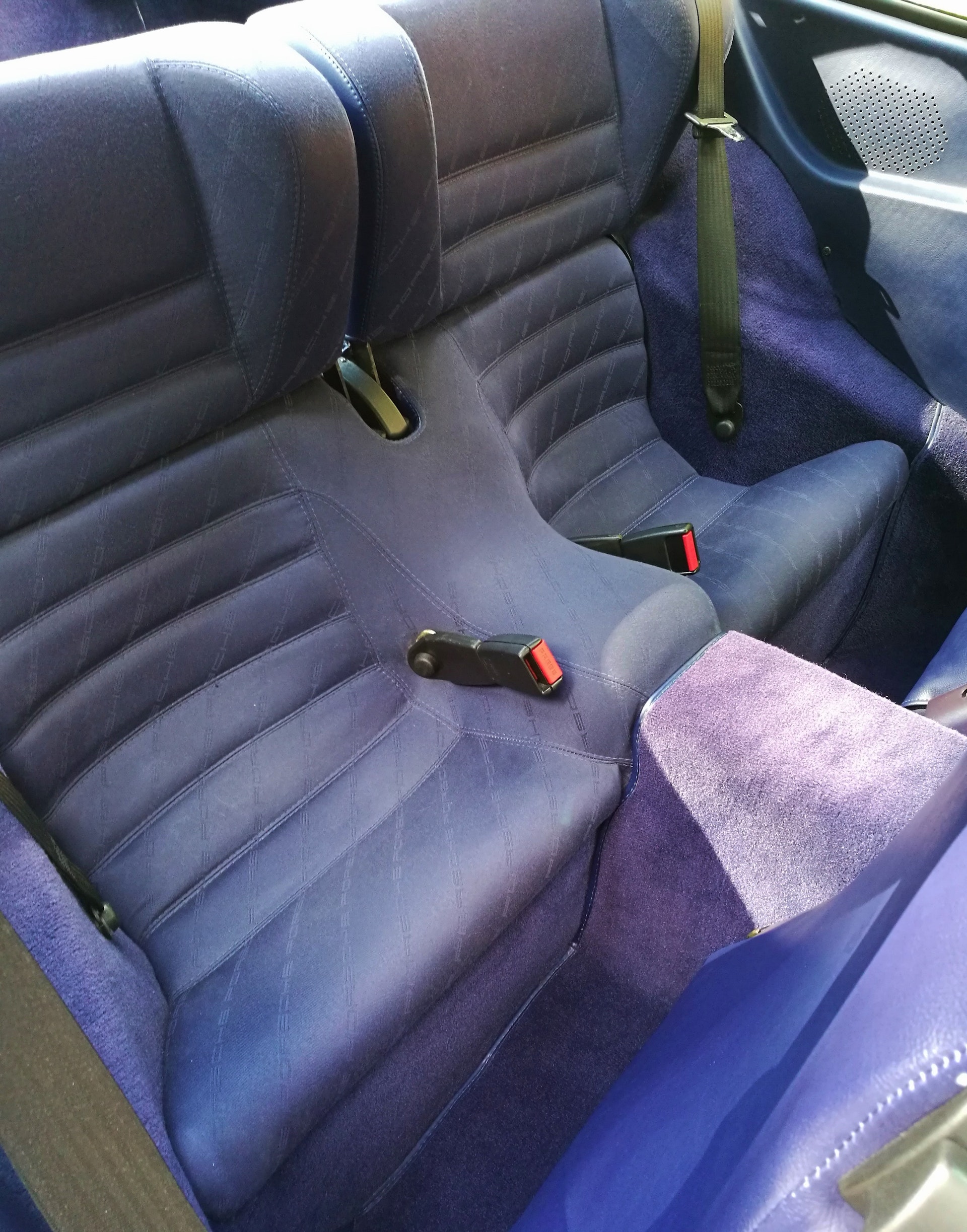 This car has certainly been well cared-for, and during the vendor’s ownership a range of work has been carried out. New brake discs and pads have been fitted all round, the front coil springs have been replaced, and the torsion bar has been re-indexed. The caster mounts have been upgraded to 968 items, and the windscreen was renewed after the aerial connection was lost. 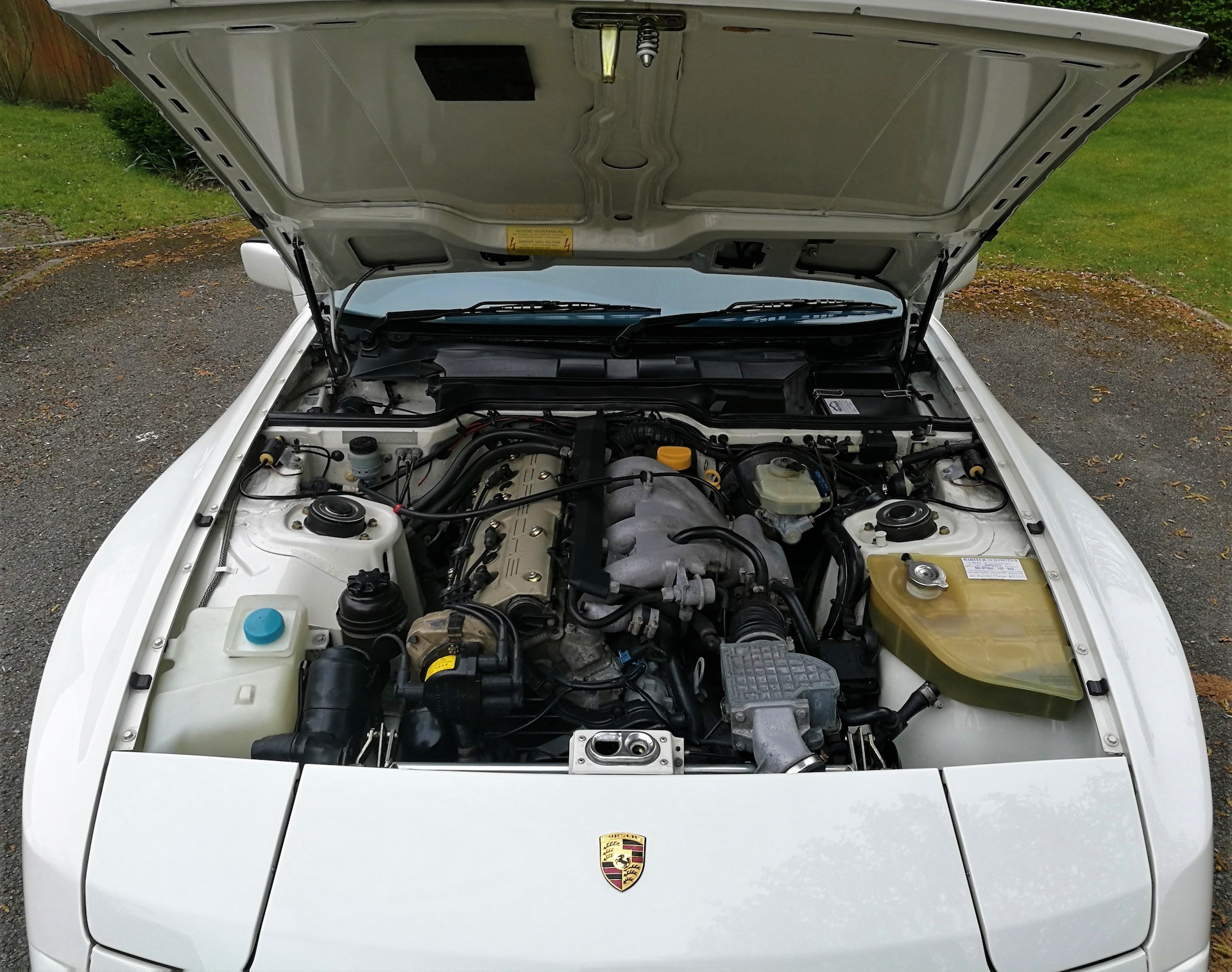 It has also had a new DME relay, heater blower resistor and boot release cable. New badges and seals have been fitted all around the car. In his own words, the vendor has been “constantly rectifying all the little flaws I could find with the aim of making the car as perfect as possible.” 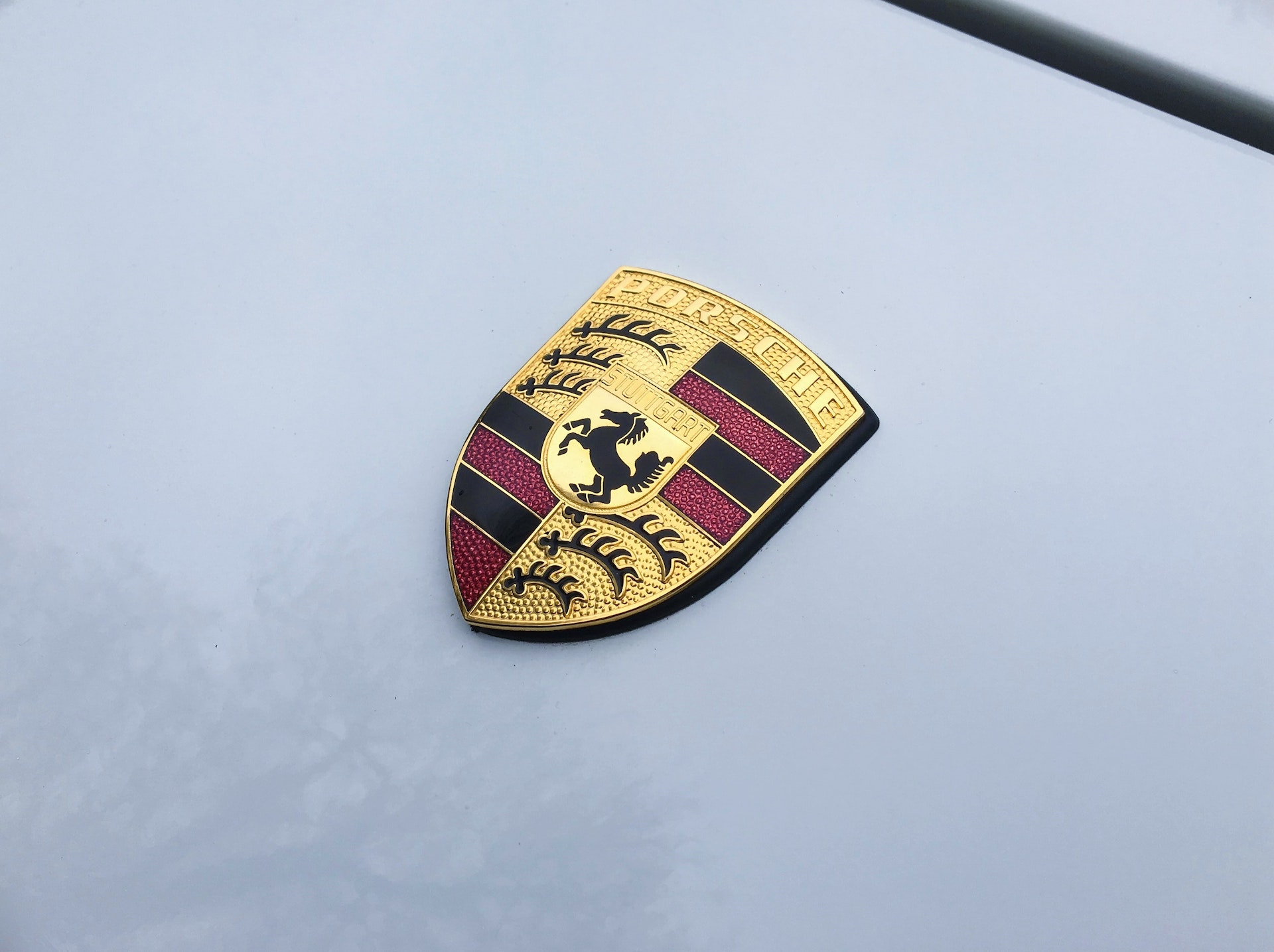 The car has just had a fresh oil service at specialist Eporsh in July 2019. Before that, it was given a full service by Eporsch in October 2016, including renewal of the balance shaft belt and the cambelt, which will not need changing again until October 2021. The last MOT was in April 2019 at 53,000 miles, which resulted in a pass with only one advisory about slight corrosion on the rear brake pipes. 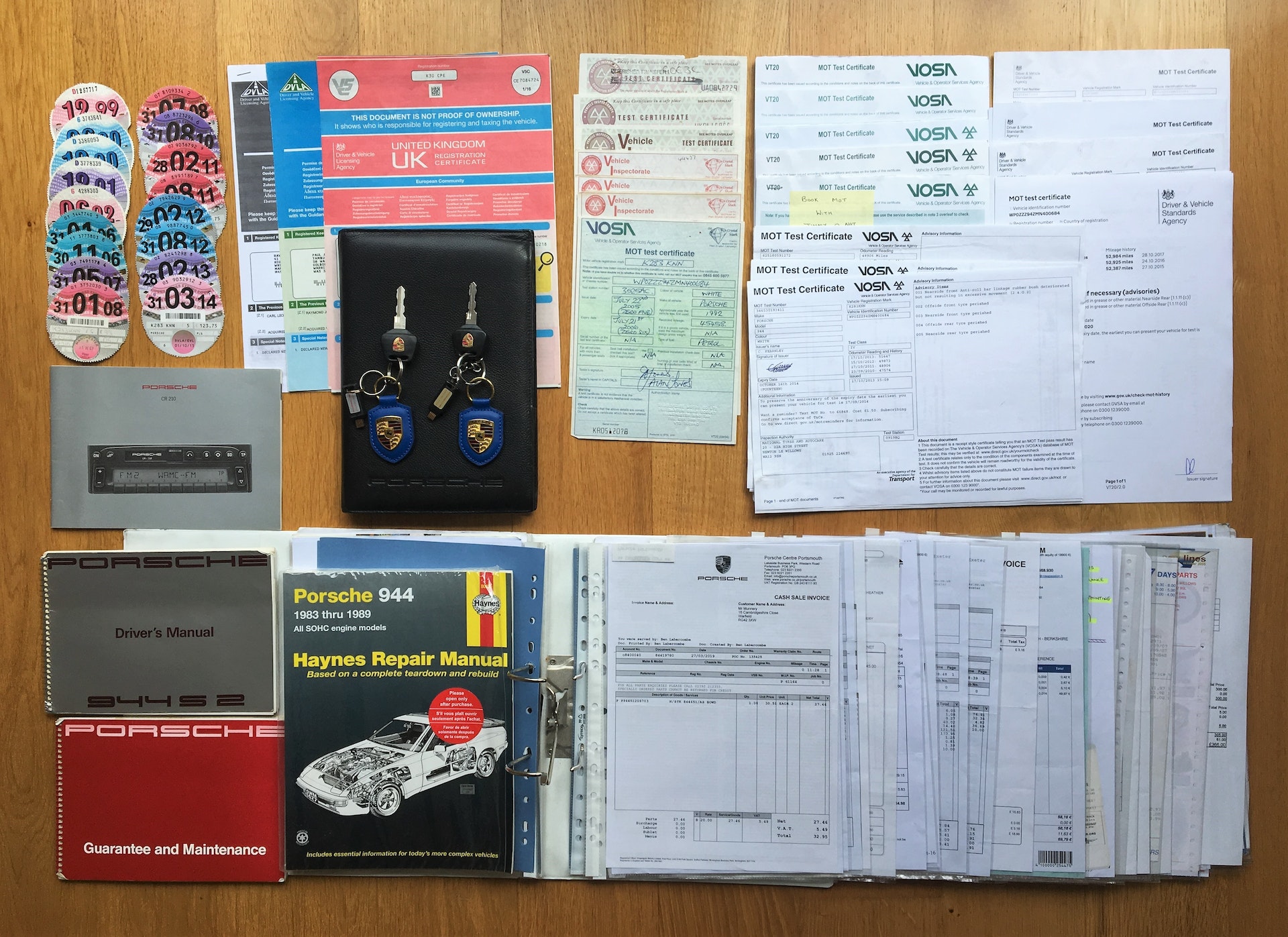 The black wheels currently on the car are fitted with a new set of Toyo Proxes, which have covered less than 100 miles, while the optional silver set is equipped with brand-new, N2-rated Continental ContiSportContact tyres. 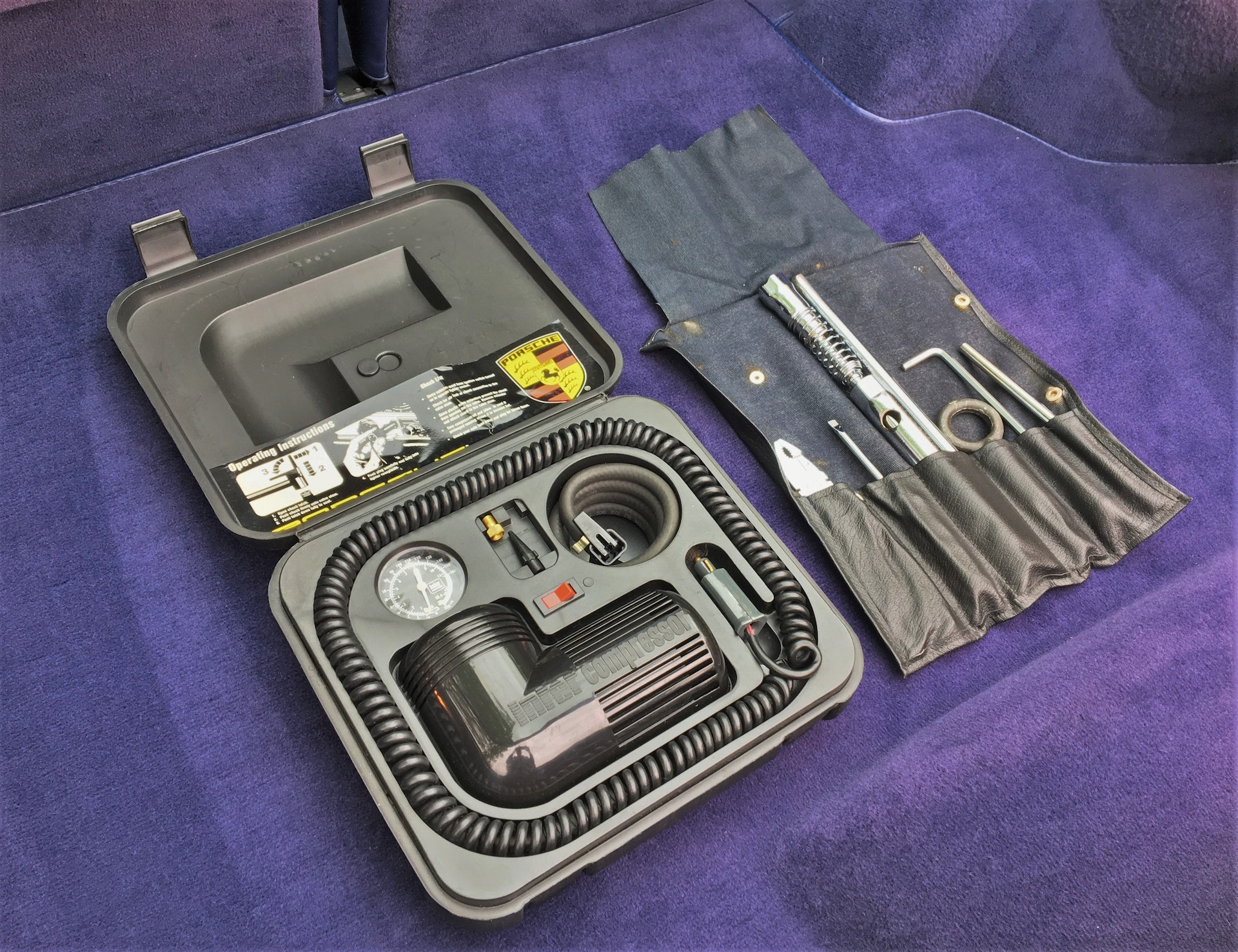 The car comes with two sets of keys and immobilisers, the full factory book pack and a large history file of old MOT certificates, invoices and receipts. The service booklet contains 14 stamps, mainly from official Porsche dealers and independent specialists. 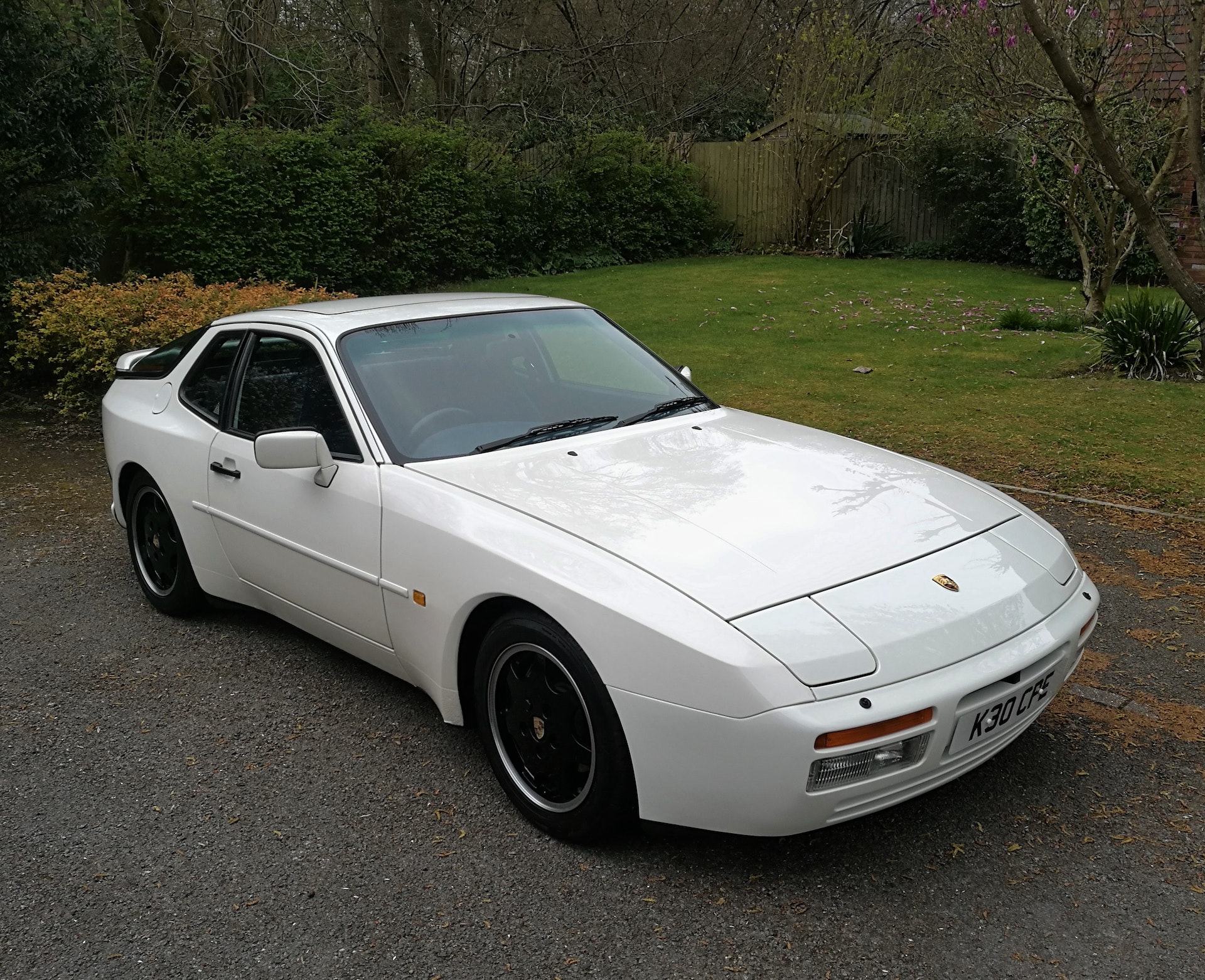 This Porsche 944 S2 is a terrific example of the breed, with genuine low mileage from new and presented in superb cosmetic and mechanical condition. It is ready to enjoy on the road straight away, and would be equally well-suited to being proudly displayed at any classic or performance car show.