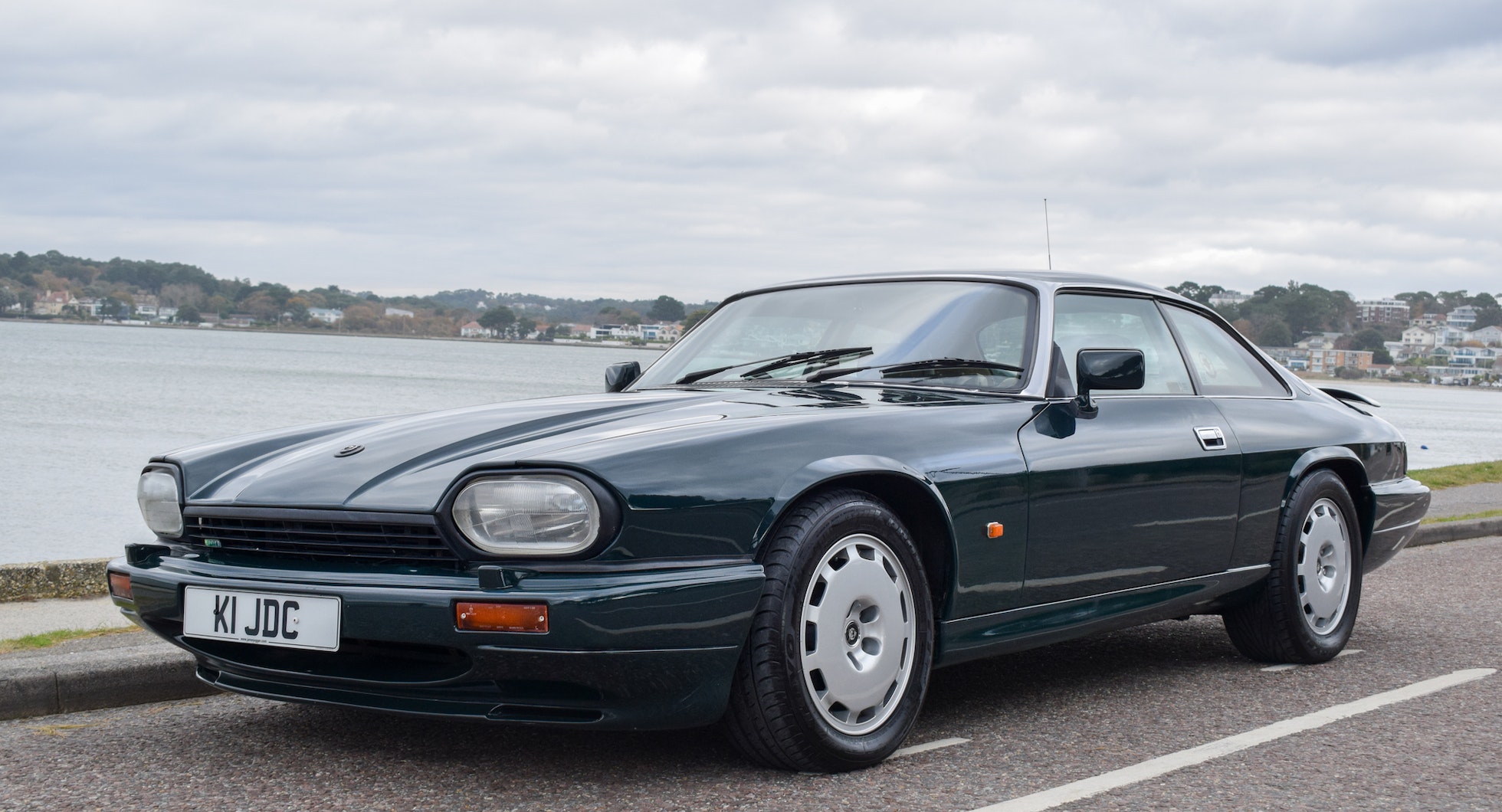 This Jaguar XJR-S is a very rare and sought-after sporting grand tourer, presented in excellent condition with a terrific factory colour scheme. It is powered by a 6.0-litre V12 engine, with rear-wheel drive via a three-speed automatic transmission. The odometer indicates just 50,511 miles from new, which is supported by the extensive history file. 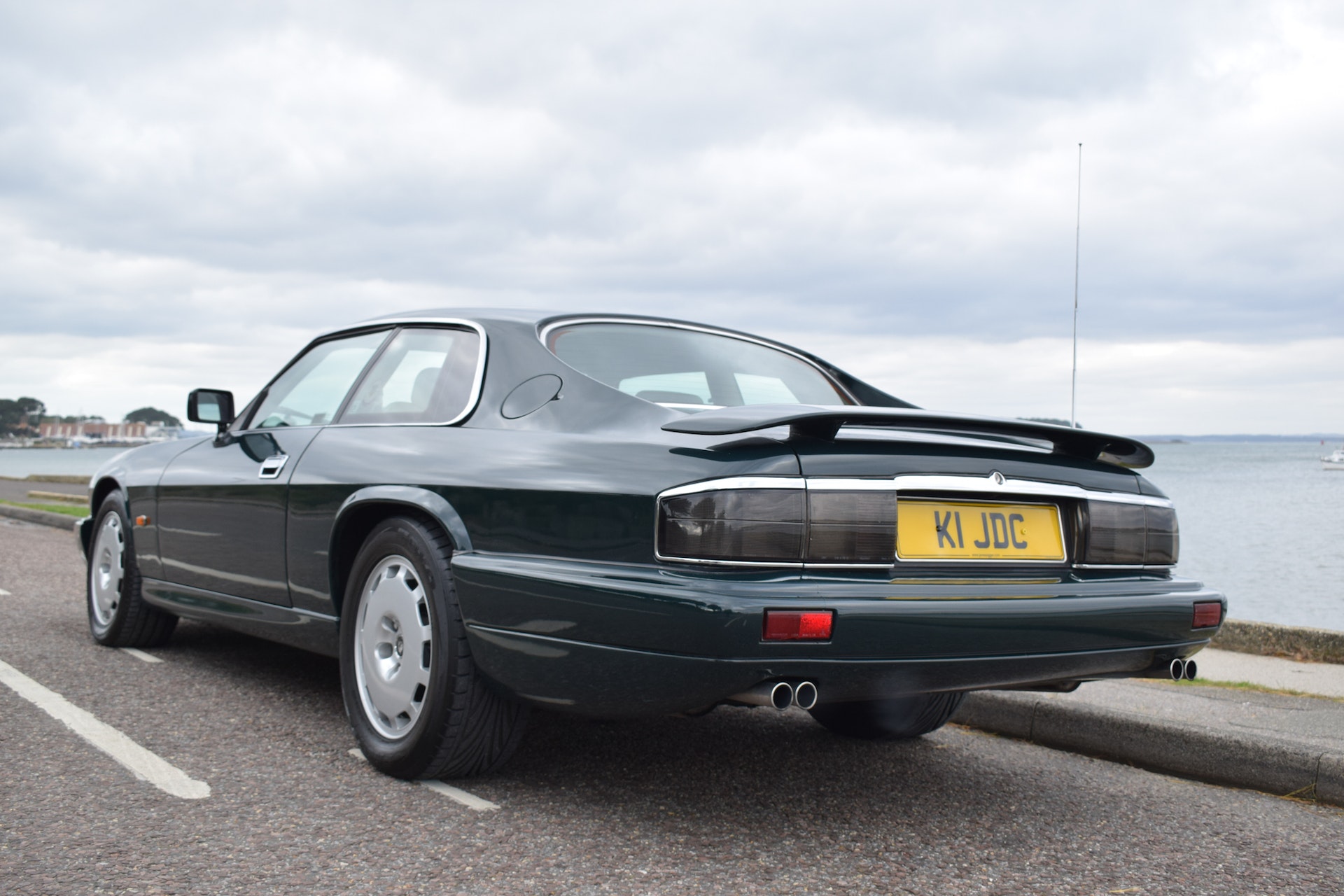 The XJR-S is a genuinely bespoke model, produced by JaguarSport - a dedicated high-performance business owned jointly between Jaguar and the Tom Walkinshaw Racing Group. Initially powered by the 5.3-litre V12, this was upgraded after September 1989 to a bespoke 6.0-litre unit with Zytek fuel injection. It featured a new forged steel crankshaft, forged alloy pistons, modified air intake and a dual exhaust system. This engine was unique to the XJR-S, and boasted a power output of 334 bhp, which enabled a top speed of 160 mph. 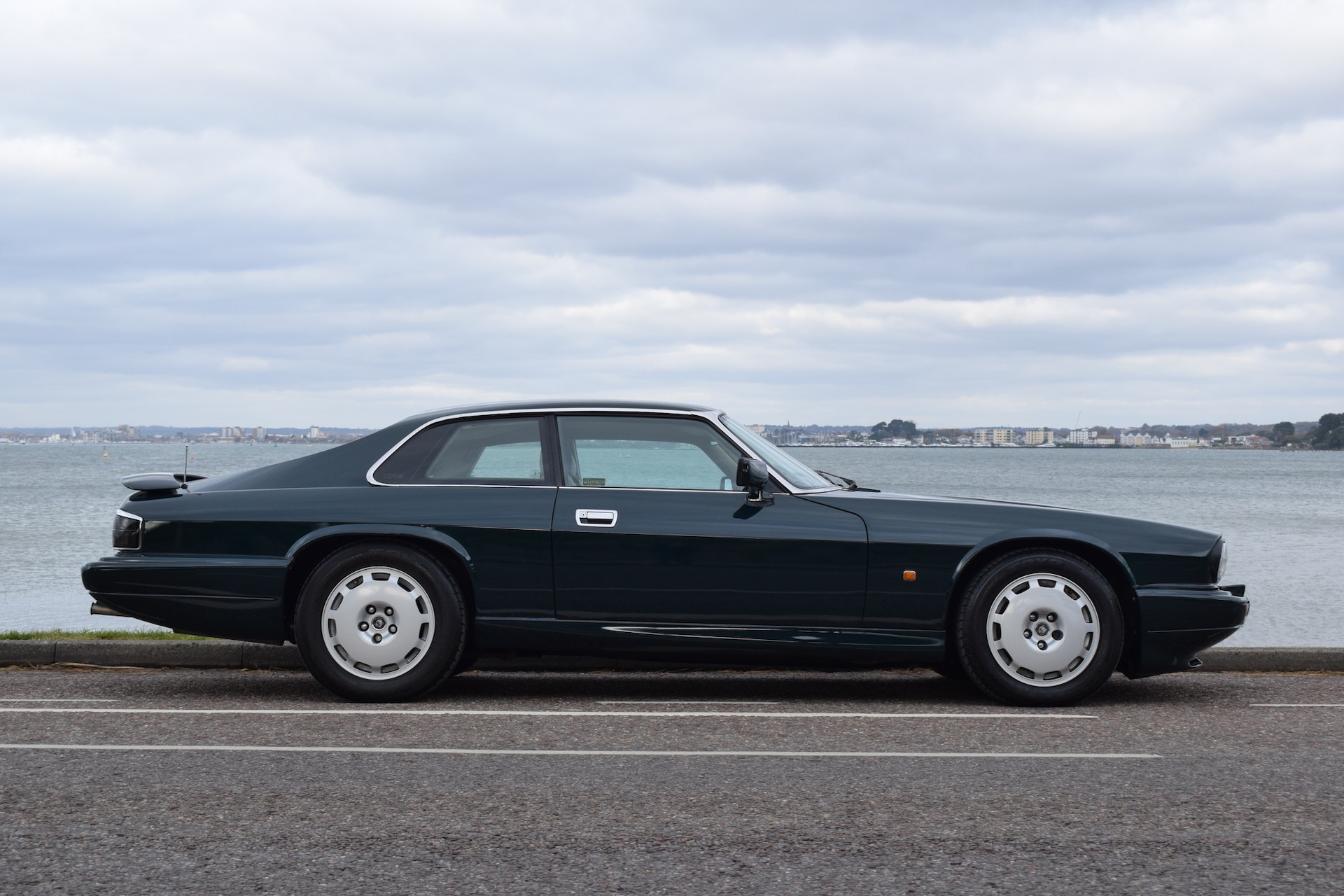 Furthermore, the three-speed GM400 automatic transmission used a recalibrated valve body and benefitted from faster shift times. Its body was enhanced by discreet aerodynamic appendage, comprising a deeper front bumper, side skirts and a wing on the boot lid. The suspension was uprated to a custom set-up using modified coil springs and Bilstein shock absorbers, the headlights were framed in black rather than chrome, and the rear light lenses were darkened. 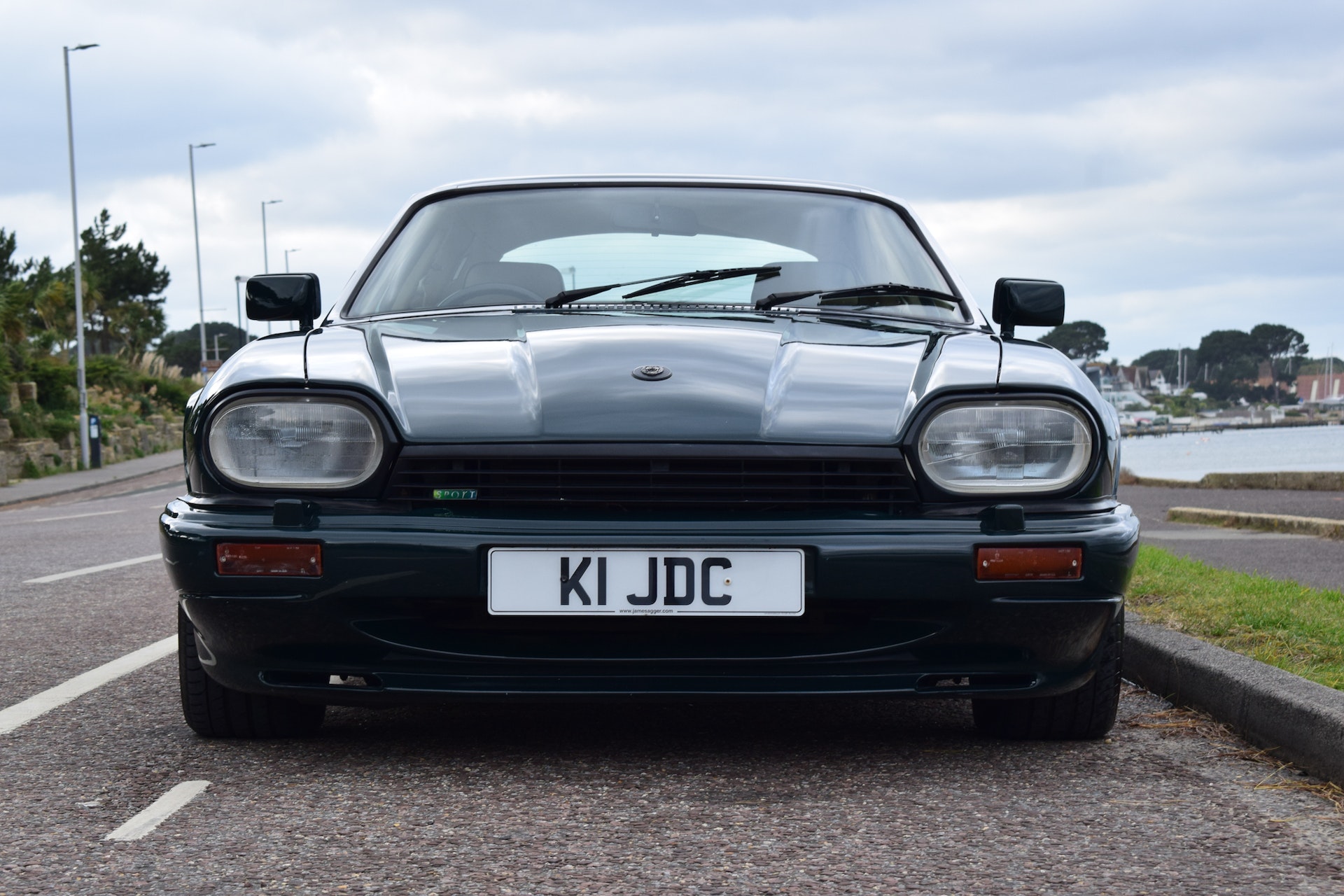 This original right-hand drive UK-supplied car was first registered on 7 August 1992, and there are just four previous keepers on the log book. It has been owned and enjoyed by the vendor for the last three years, covering some 1,500 miles during that period. 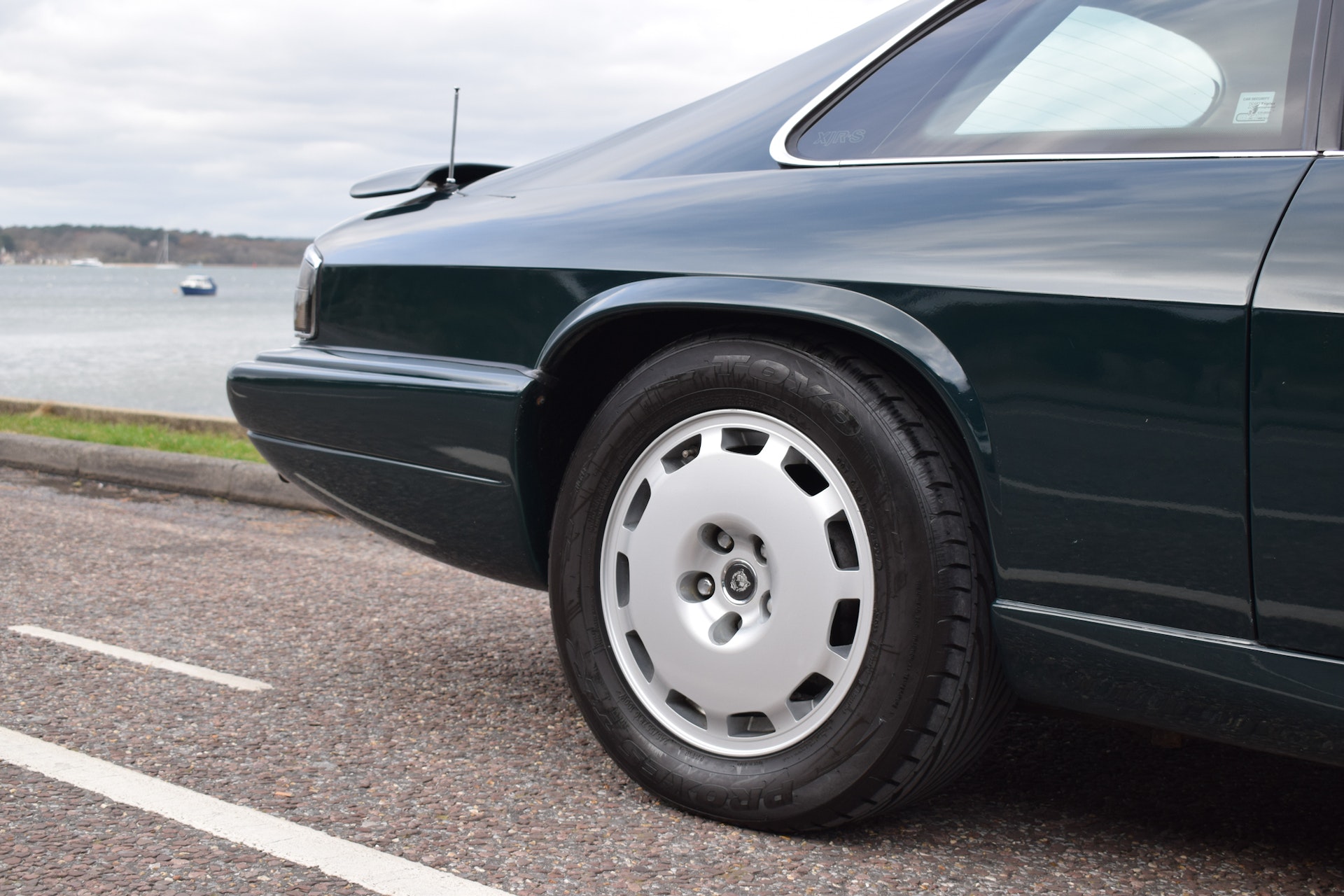 The body is straight and solid, finished in handsome dark green paintwork. The finish itself is in good order for the age and mileage, with the only specific note from the vendor being that the nearside front wing has had a minor rust repair and repaint recently. It sits on a set of 16-inch JaguarSport alloy wheels in the 11-slot design, which are all in very smart condition. 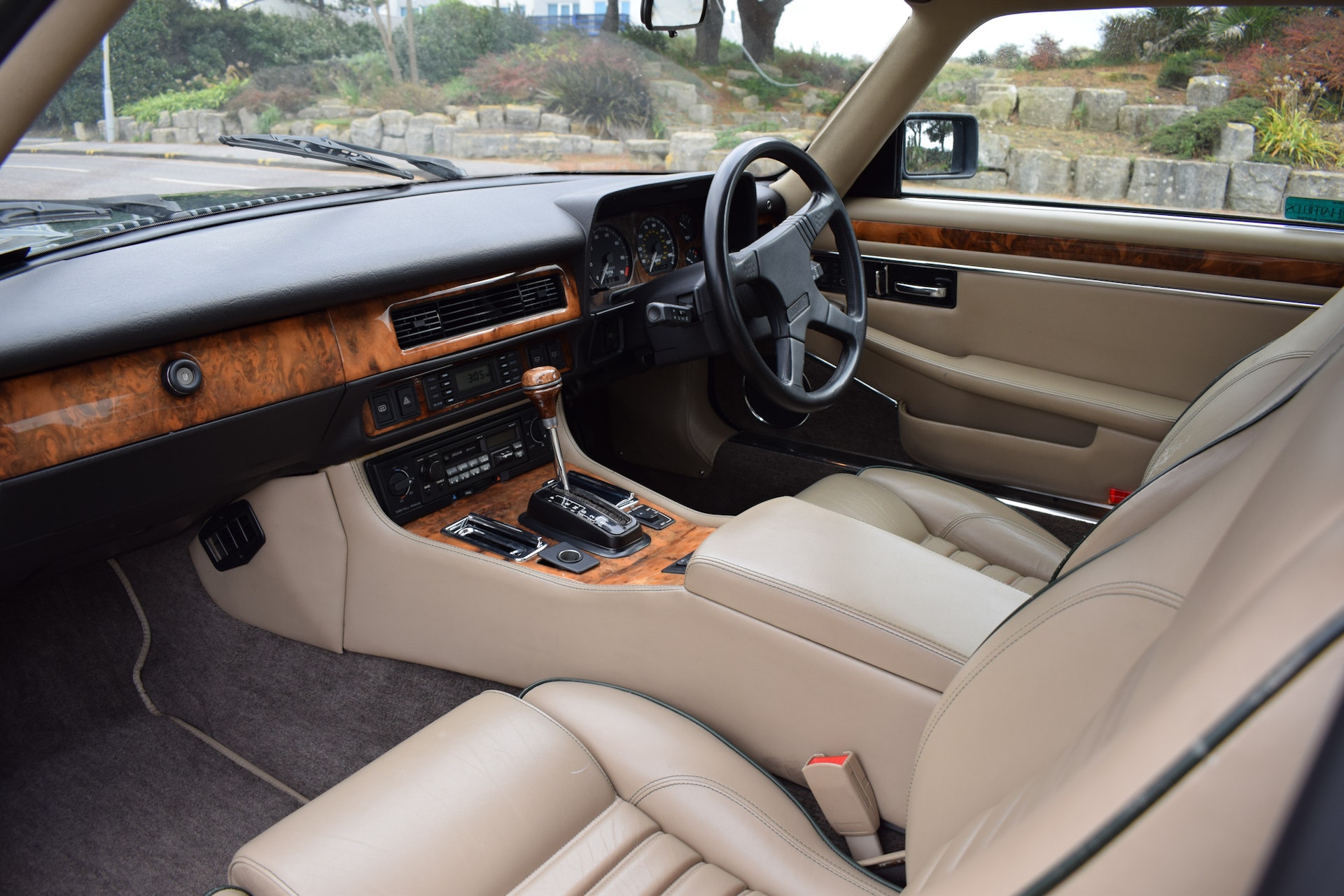 Inside, the original upholstery is all in great shape. The seats are all trimmed in luxurious, light tan Connolly Autolux leather, which is finished with green piping and stitching. There is some discolouration and light wear to the driver’s seat bolster, but the hide itself still presents very well, and the seat cushions have retained their shape. 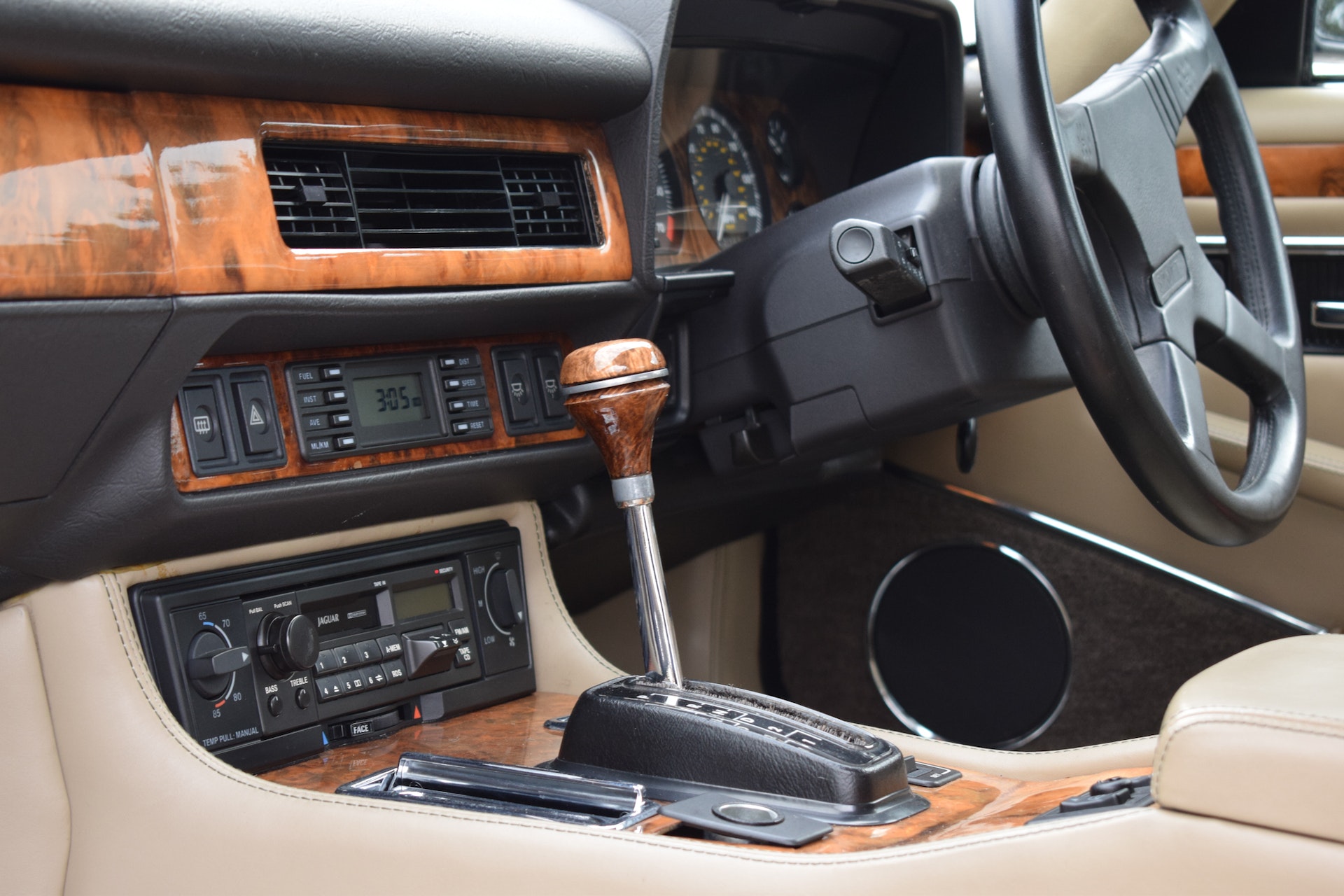 The electrically-adjustable front seats also feature heating, and the cabin is equipped with climate control. There is also cruise control, electric windows and an original Jaguar stereo and cassette deck, with a CD changer in the boot. 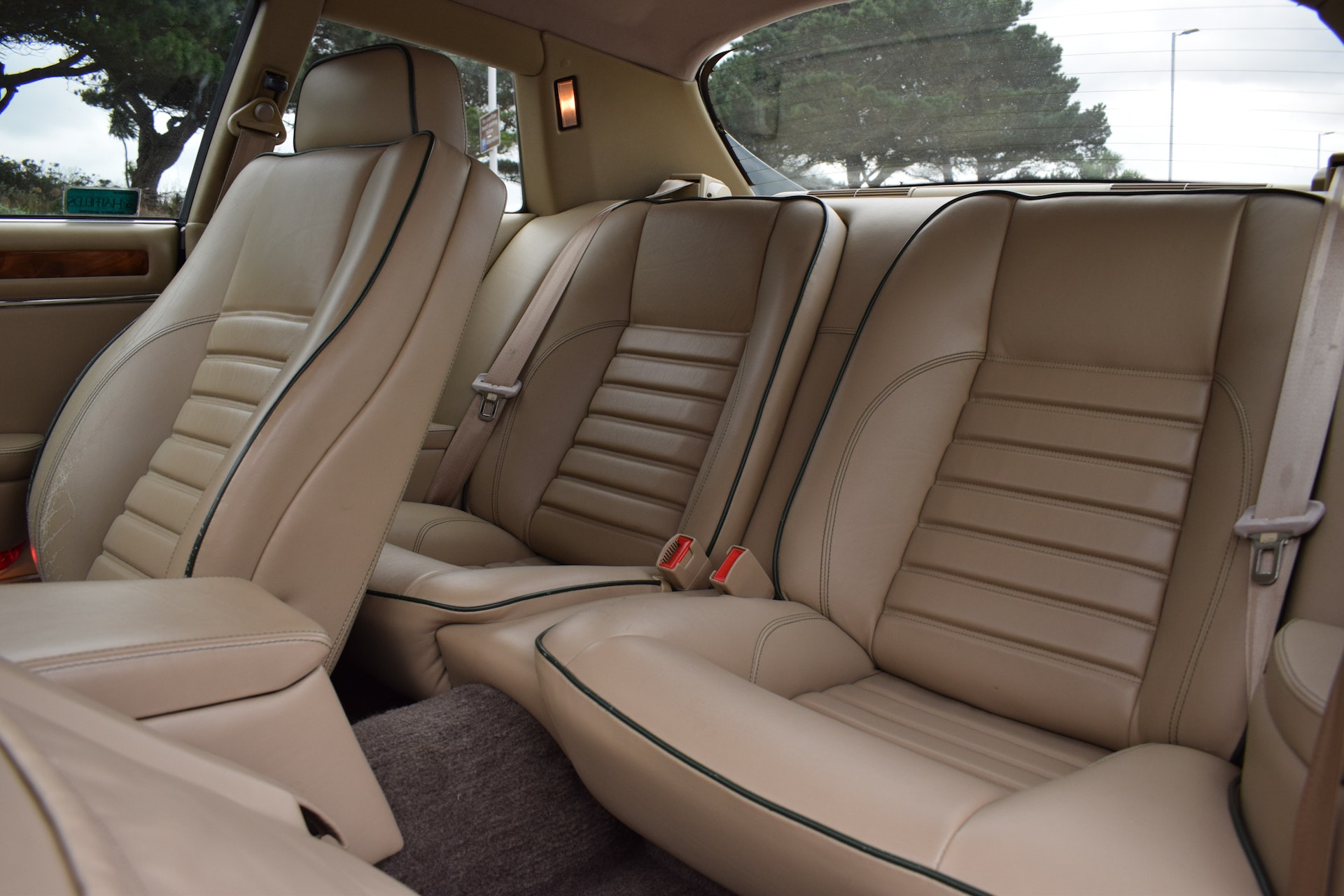 Its last scheduled maintenance was in July 2016 at H.A. Fox Jaguar in Guildford when the odometer stood at 49,272 miles. This included a major service, renewal of the drive belts, fresh oil and new filters, plus a replacement gearbox mount and rear spring seat. 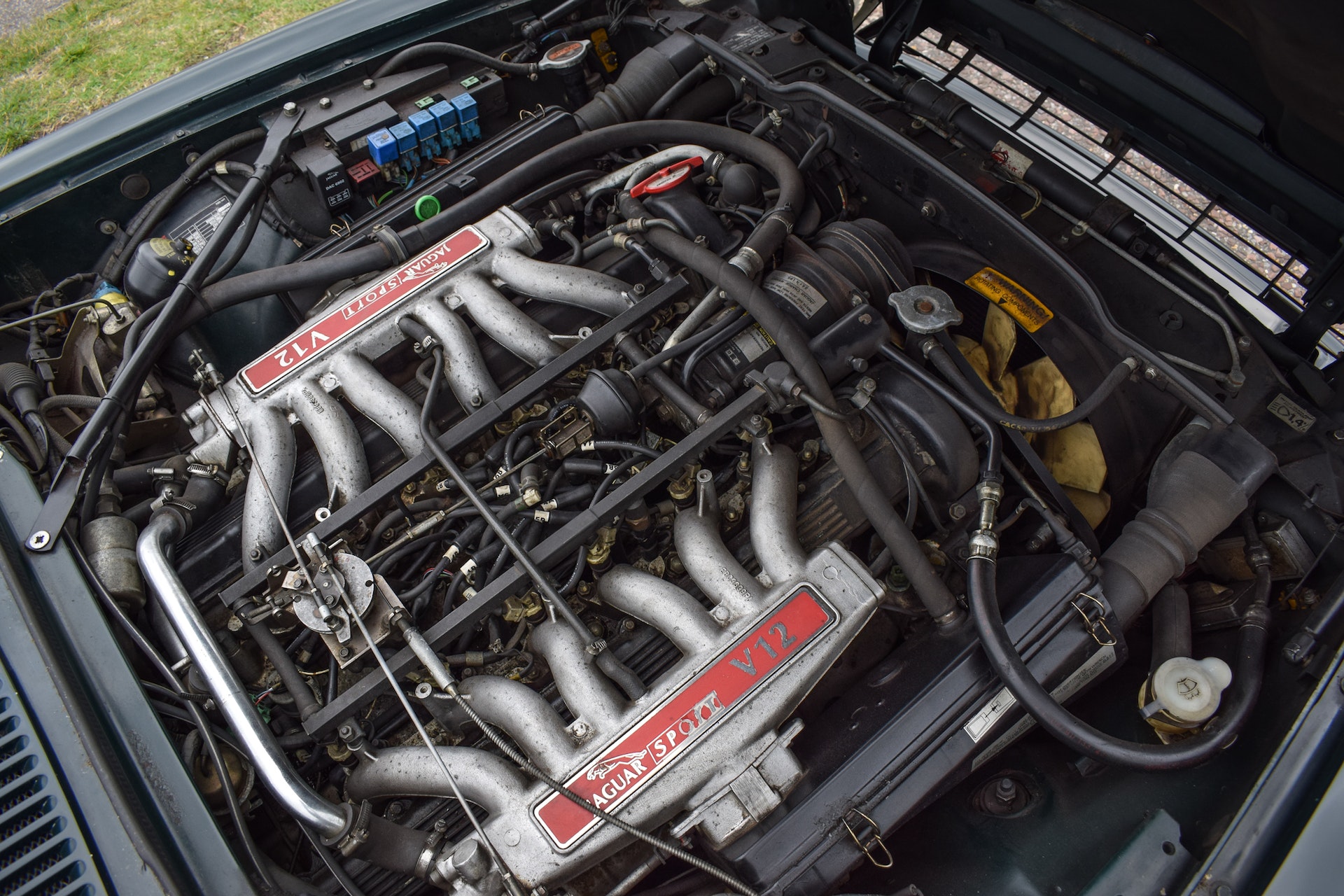 Prior to this, the car was looked after by a range of independent Jaguar and British sports car specialists, including Tom Lenthall Ltd, James Agger Autosport and David Marks Garages. 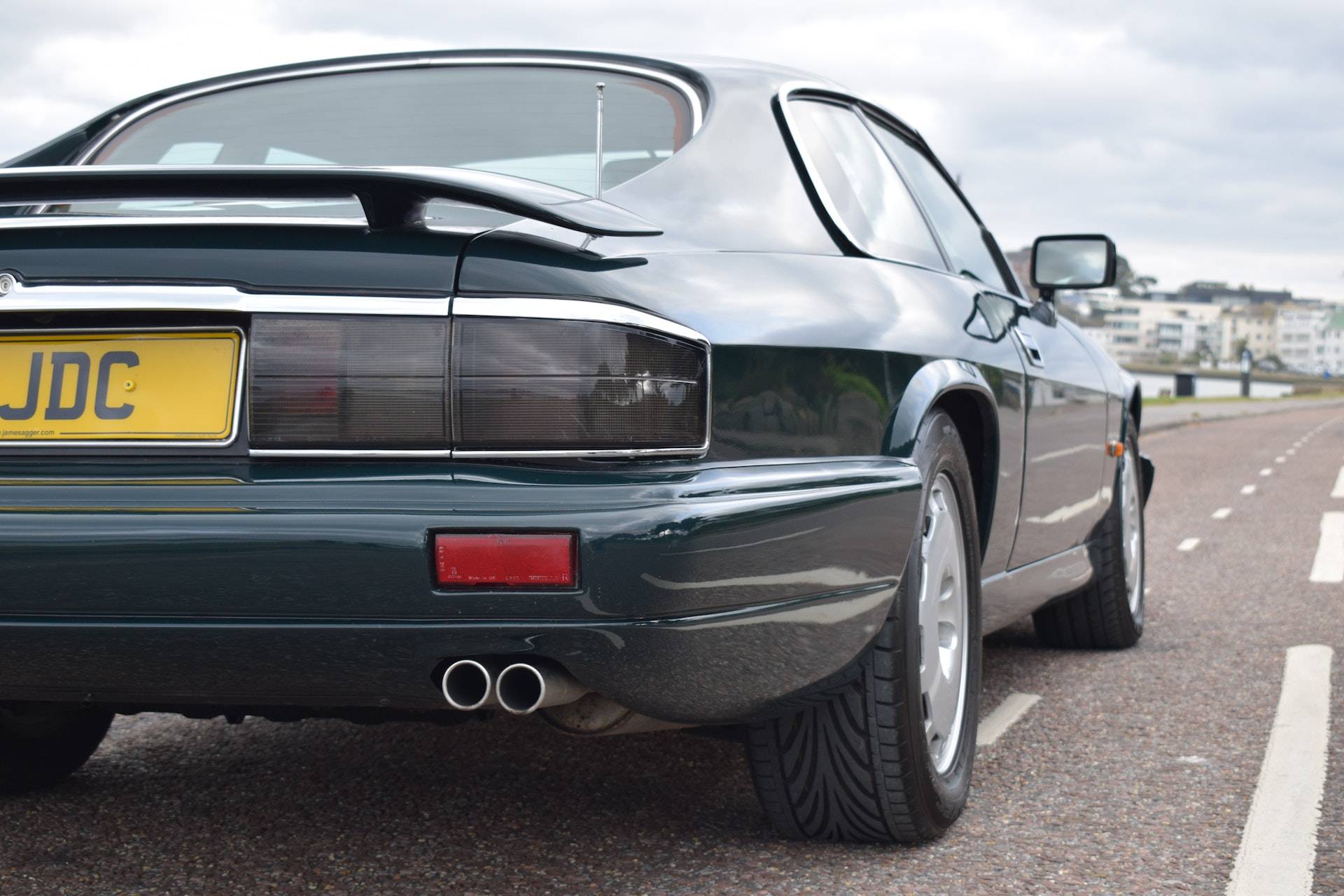 The most recent MOT test was on 3 April 2019 at 50,464 miles, which resulted in a pass with only two advisories noting some corrosion to the front coil springs and wear on the front tyres. The car is accompanied by the original document pouch and books, as well as an extensive history file. 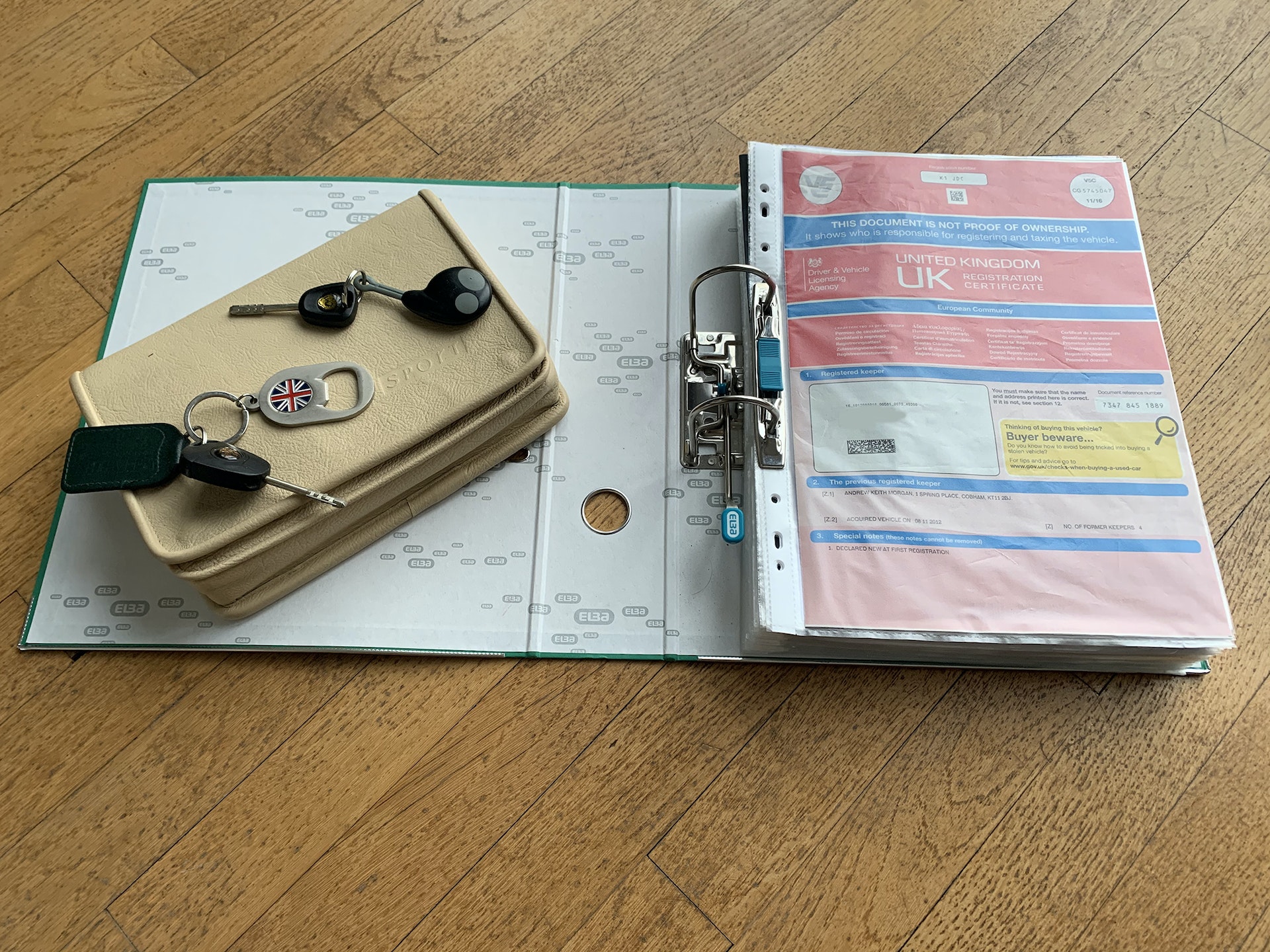 The XJR-S proved to be a deeply impressive car when tested by the media in period. In a Motor Sport magazine group test, the Jaguar went up against the Porsche 928 GT, BMW 850i and the Ferrari Mondial T - and came out on top. Respected journalist Andrew Frankel reflected on the test some years later, stating: "Suddenly, almost 30 years on, we realised we were looking at the true successor to the E-type; a car capable of doing to the likes of the Mondial what the E had done to the 250 GT. [...] Yet, unlike in the Porsche 928 GT, there was no fuss, no drama, no deafening din of tyres on bitumen; there was just calm, relaxed and blindingly fast progress". 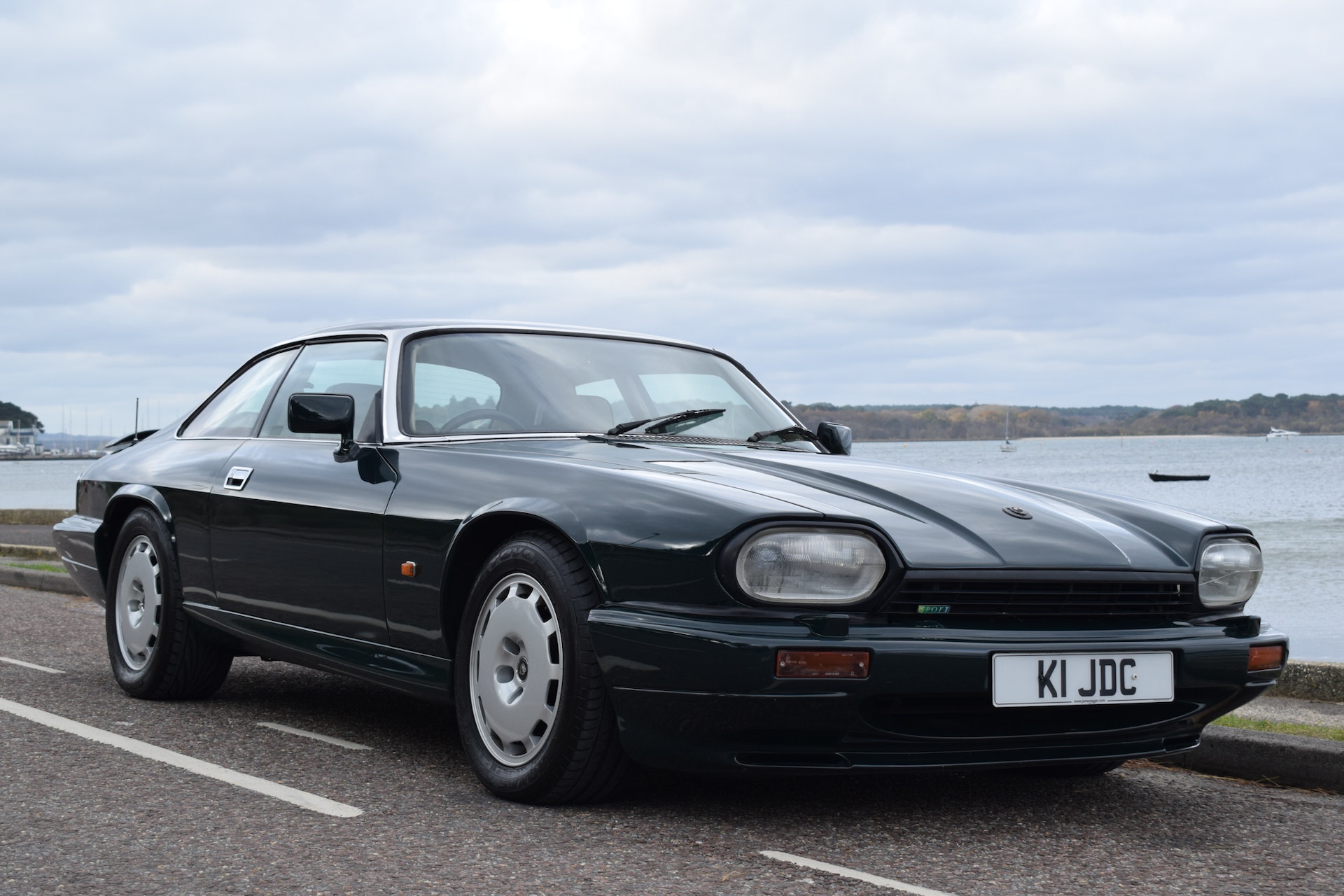 This Jaguar XJR-S is a desirable British classic in great condition. It is a joy to drive and attracts the right kind of attention wherever it goes. Accompanied by an impressive history file, this is a rare V12 grand tourer that is sure to delight its next owner.