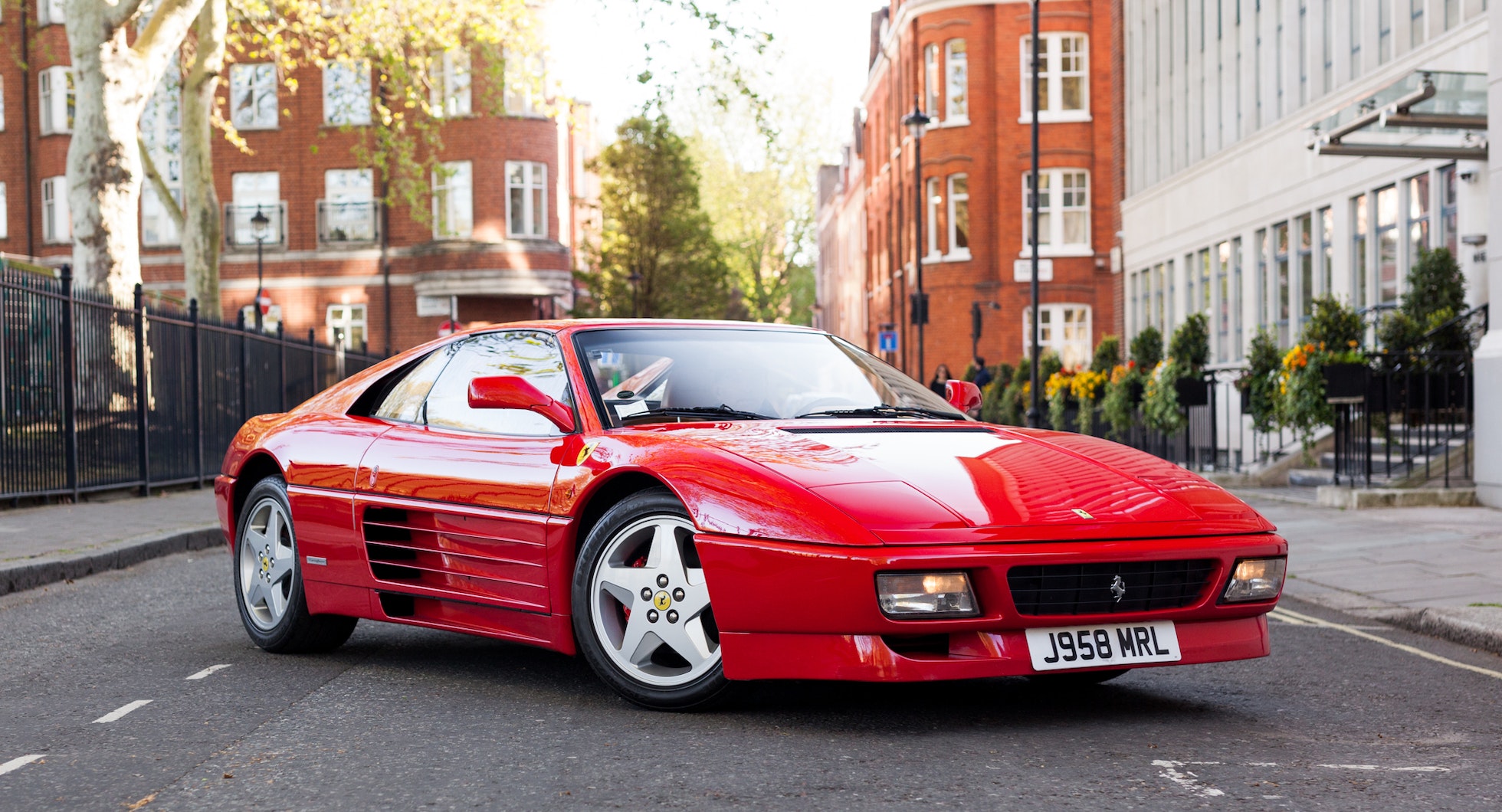 This Ferrari 348 TS is a stunning example of a modern classic supercar, which boasts wonderful provenance, a unique specification, and superb service history. It is powered by the 3.4-litre quad-cam V8 engine, driven through a transversely oriented five-speed manual transmission - hence the TS or ‘Transversale Spider’ name. The odometer shows 64,729 km (40,220 miles) from new. 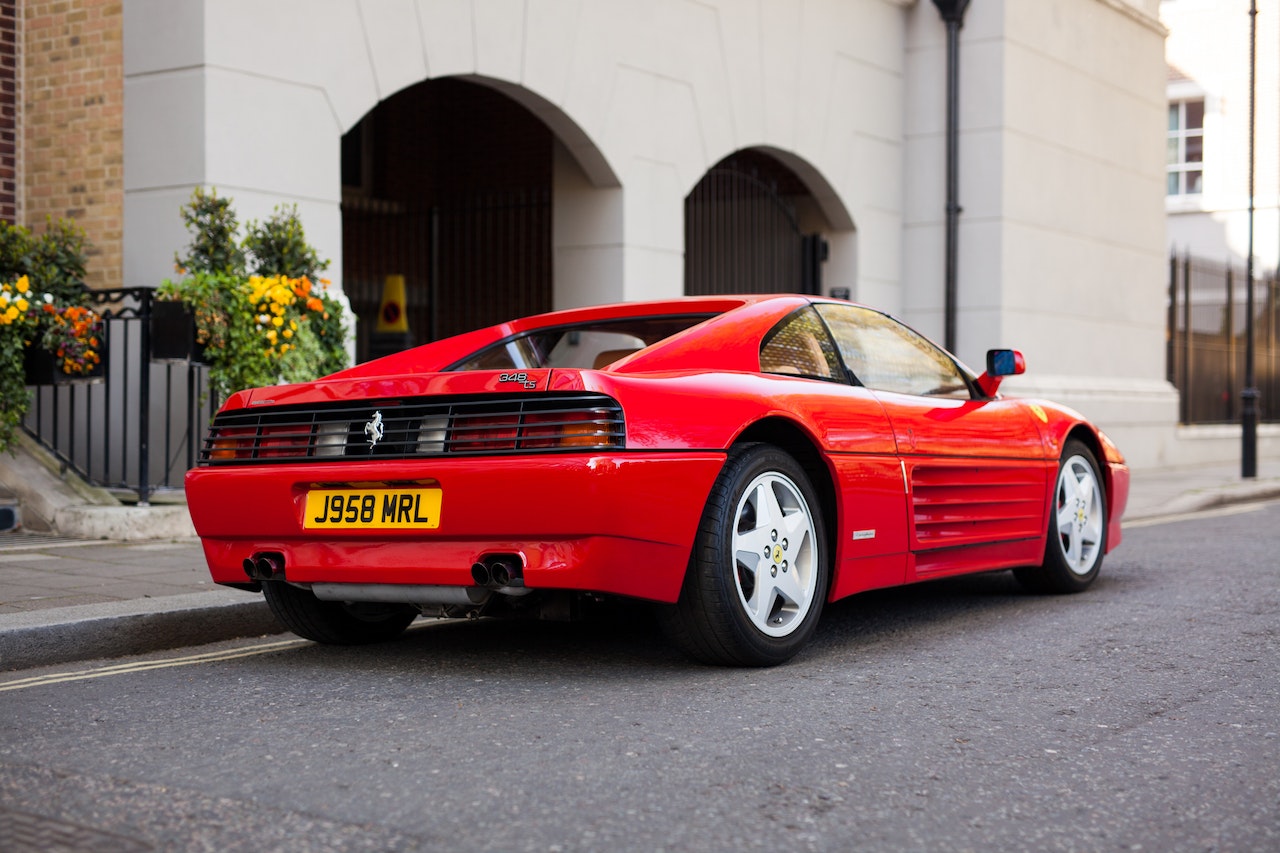 An original left-hand drive European market example, the car was supplied on 14 July 1992 to its first owner in Modena, Italy. Per the information on the original warranty booklet, it is understood that it was first owned by Pier Giorgio Cappelli, former head of Scuderia Ferrari, and furthermore that he had the car personalised with a bespoke specification thanks to his close links with the factory. 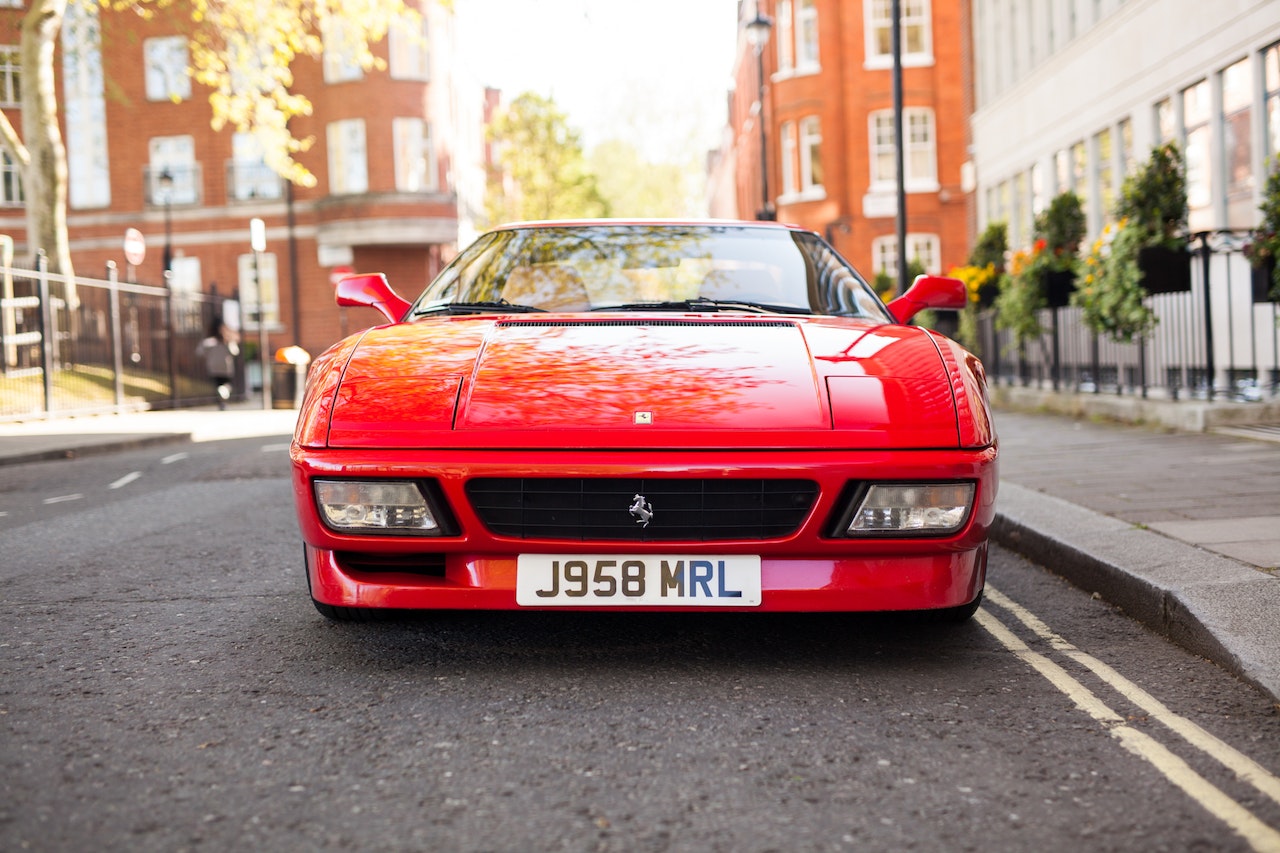 While a standard 348 interior is finished in black for the upper half of the dashboard and door cards, this car was trimmed with soft-grain tan leather to match the colour of the rest of the upholstery. The bespoke leather treatment was also applied to the rear firewall and luggage shelf, which is normally trimmed in carpet. Also present in the cabin is a discreet immobiliser switch, located under the leather pad beneath the handbrake grip, which was another custom feature. Finally, in lieu of the standard exhaust, a special uprated ANSA system was fitted. 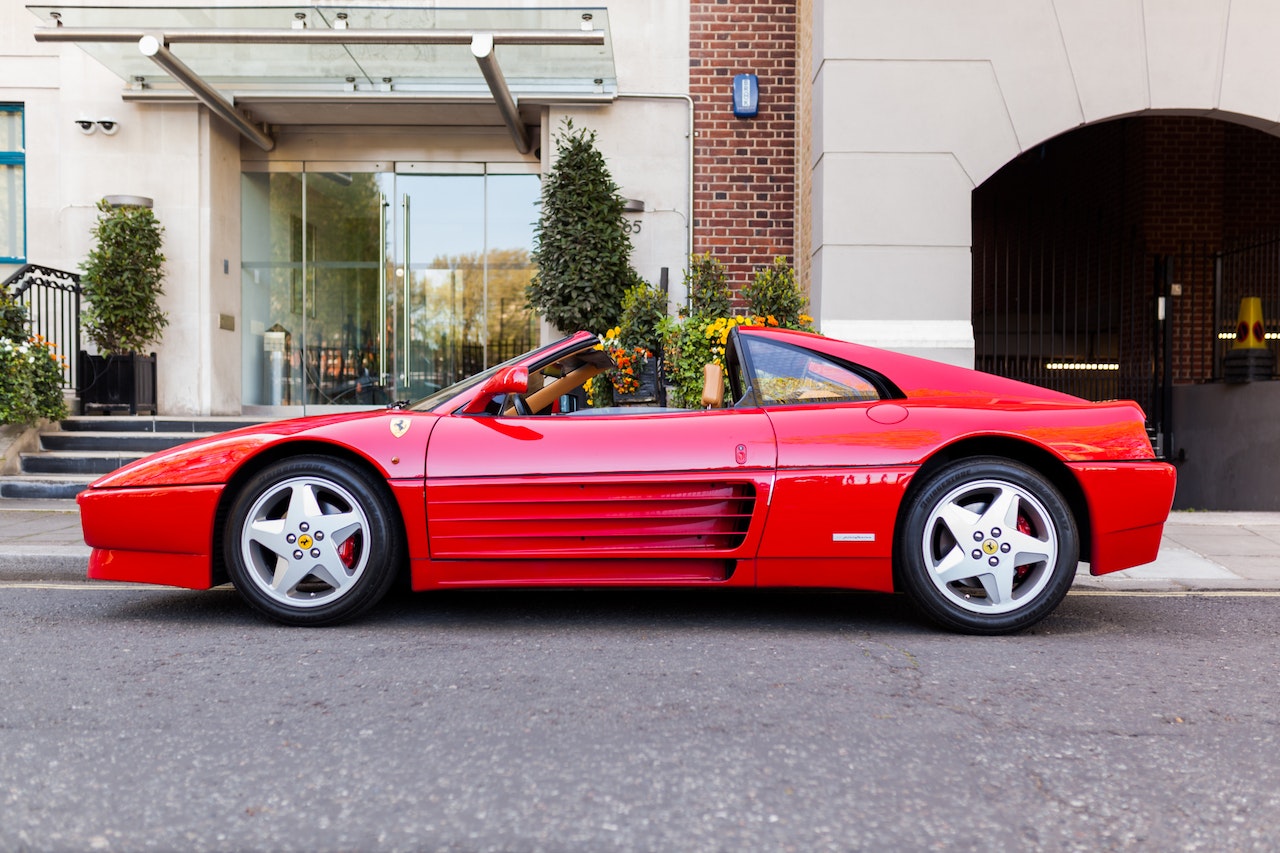 Having spent the first 24 years of its life in Italy, with several more owners, it was acquired by the seller around five years ago. Before leaving its home market, the car was given a comprehensive overhaul by Ferrari specialist Scuderia Baldini in Rome. Thereafter, it was re-registered in the UK in February 2016, and has been with the current owner ever since, who has covered around 1,200 miles behind the wheel. 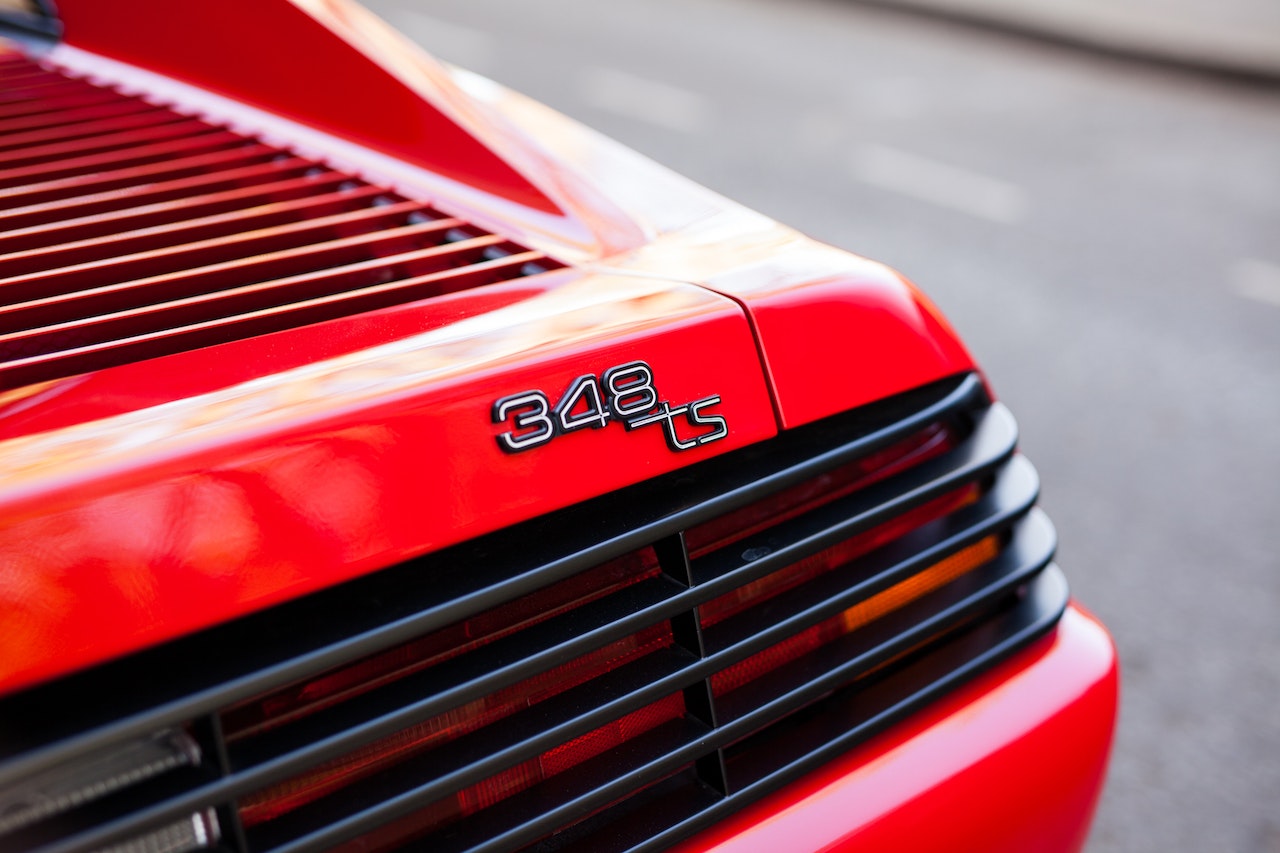 The bodywork presents in superb condition today, with no panel damage, and with impressive shut lines and gaps around the car. Its Rosso Corsa paint finish presents very well, and has almost certainly been refreshed in places in the past to ensure it remains at a high standard. The photo gallery below showcases the impressive appearance, with only a few very minor blemishes visible. The car sits on the correct set of 17-inch five-spoke Speedline alloy wheels, which are pristine. 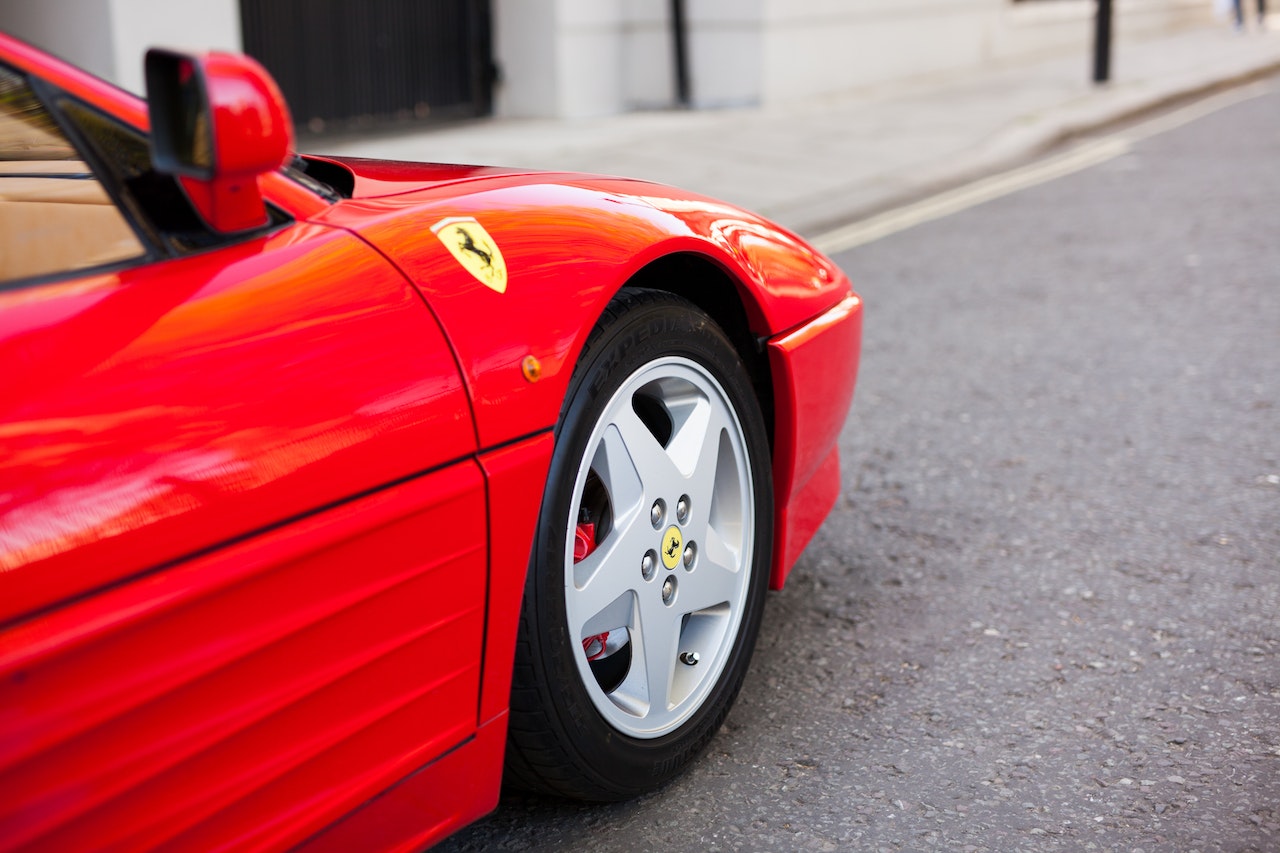 In the cabin, the luxurious Connolly leather on the seats is in very good condition, with no damage to the stitching, and only a very light patina from use on the leather itself. There are a few marks behind the seats, and some rubbing scuffs on the base of the driver’s seat. The carpets are in good order, and it is also fitted with a pair of tailored floor mats. 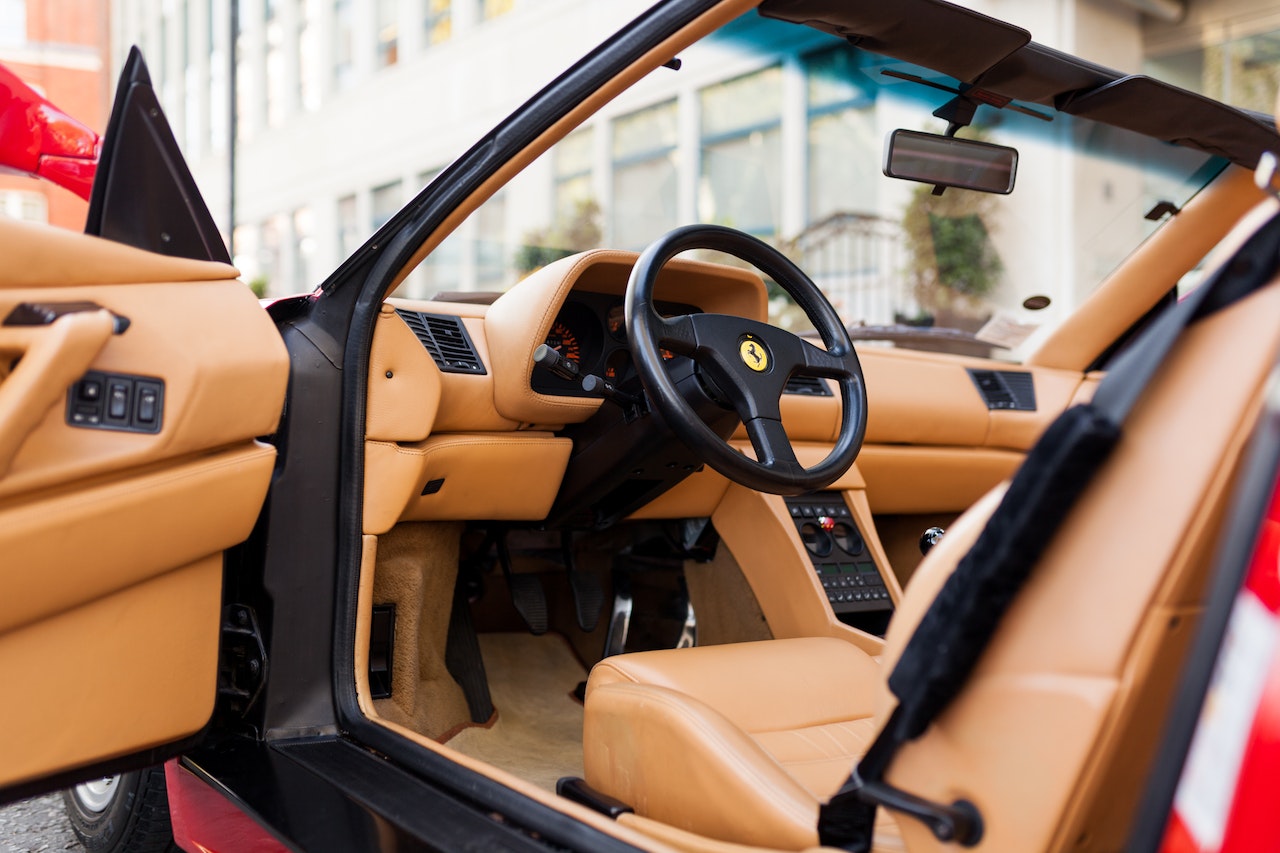 While switchgear in Ferraris of this age can sometimes deteriorate, the buttons and levers in this car are in great shape. They still have clear markings, and all of the electrics work perfectly, including the LCD display for the climate control. The steering wheel and gear knob both appear to be the original items, and remain in superb order. 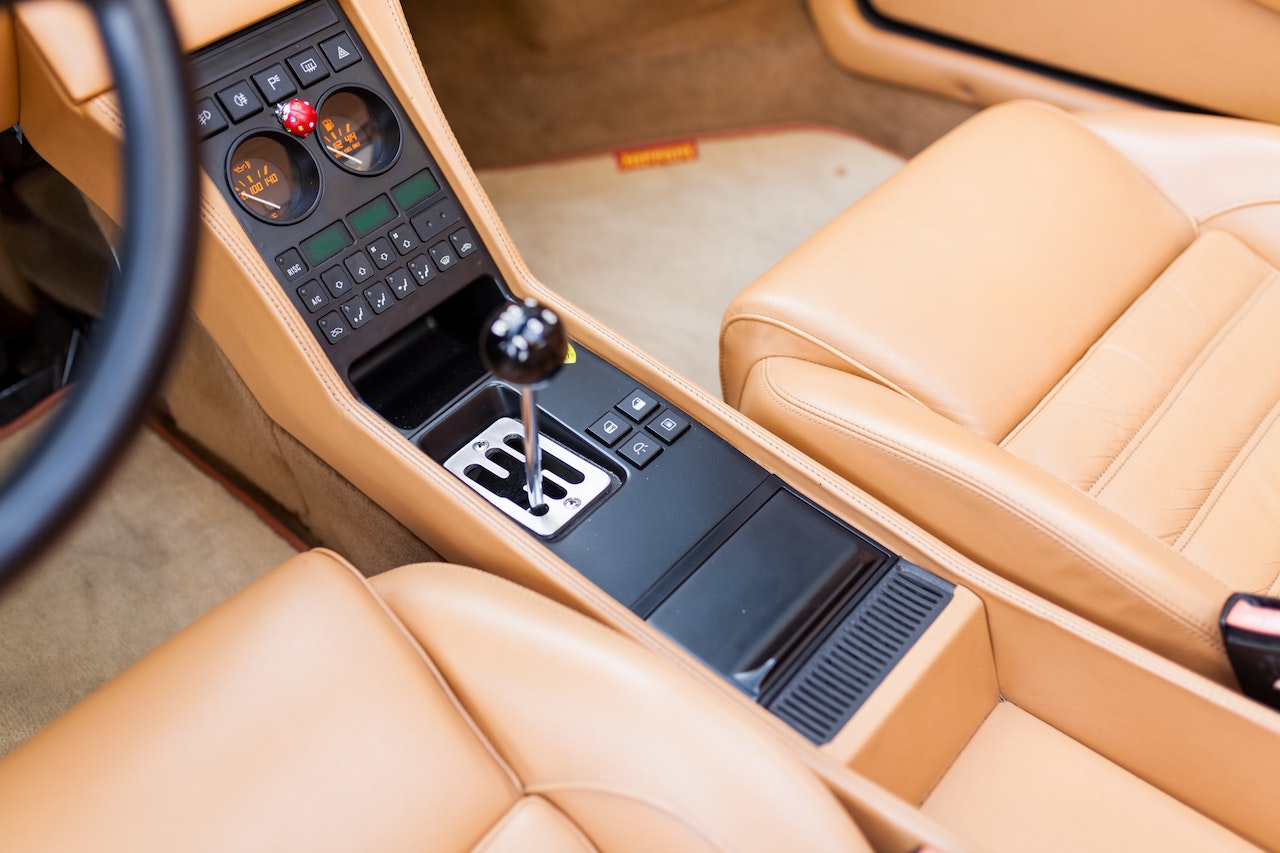 Since its arrival in the UK, this 348 TS has been looked after exclusively by recognised Ferrari specialist Simon Furlonger in Kent. The last scheduled maintenance was in February 2020 at 64,620 km, which comprised an annual service with renewal of the engine oil and filter. 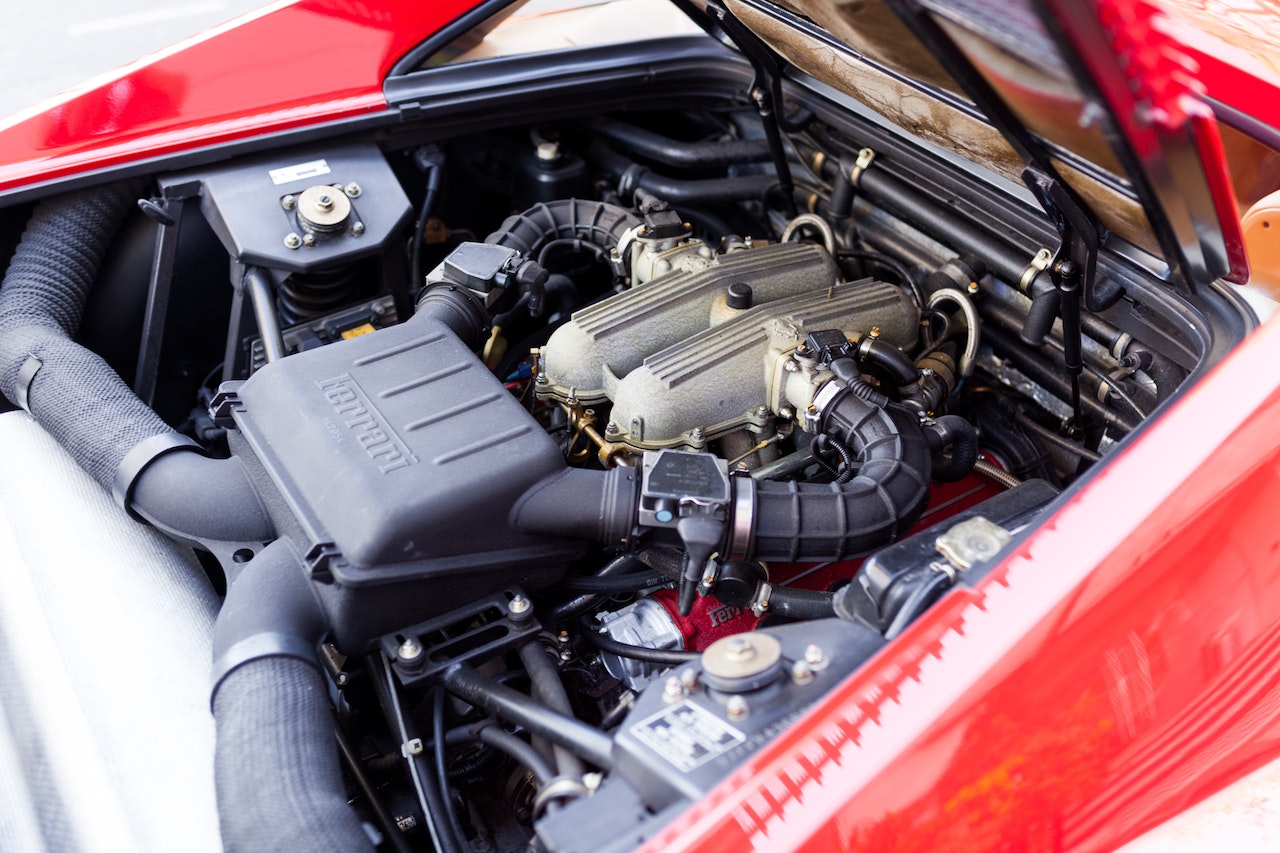 There are other invoices in the history file for other annual services over the last few years. In January 2017, more extensive work was carried out, which included replacement of the cambelt tensioners, new clutch o-rings and seals, and conversion of the headlights to right-hand-drive specification. 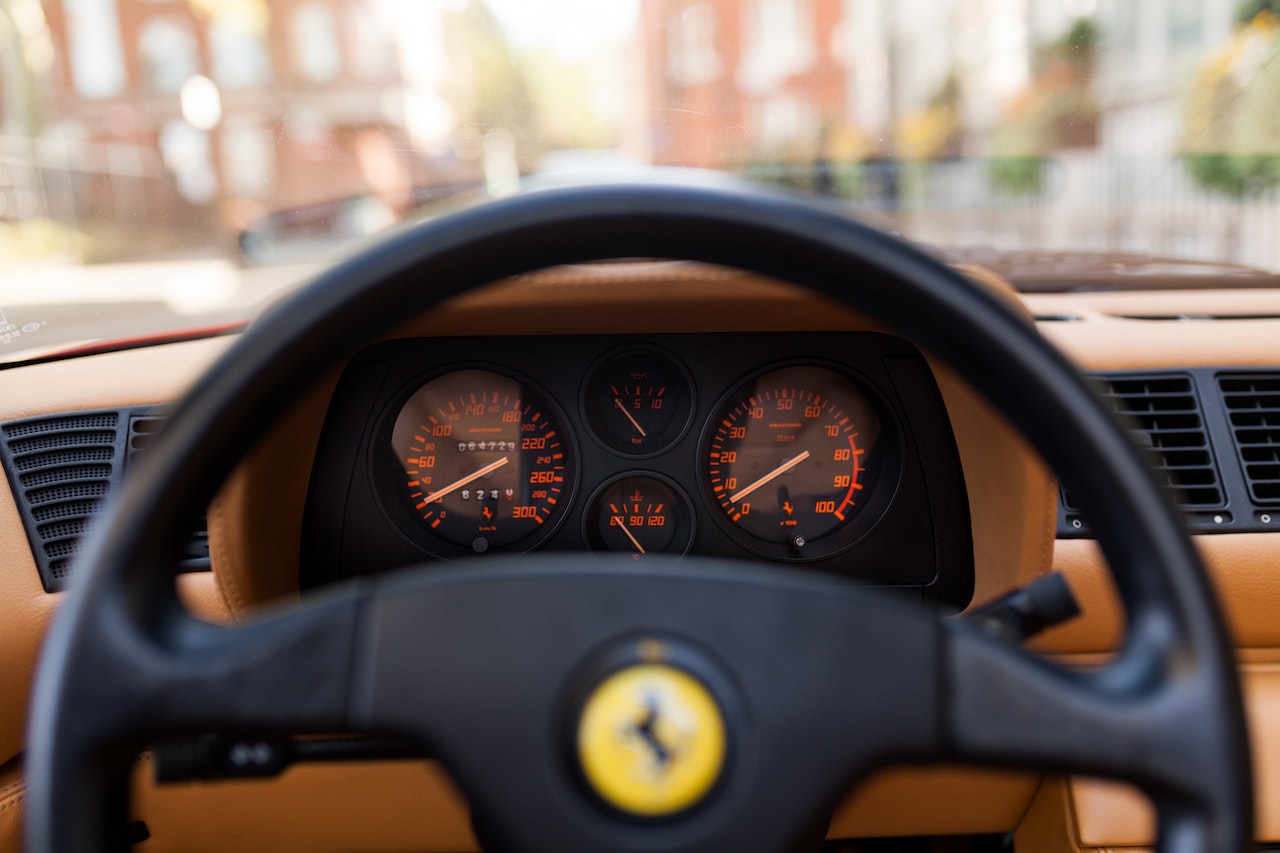 In January 2016, Scuderia Baldini in Rome gave the car a major service and replaced the cambelt. The engine oil, gearbox oil, and brake fluid were renewed, along with the clutch. Its front and rear brake discs were refurbished, and fitted with new pads all round. 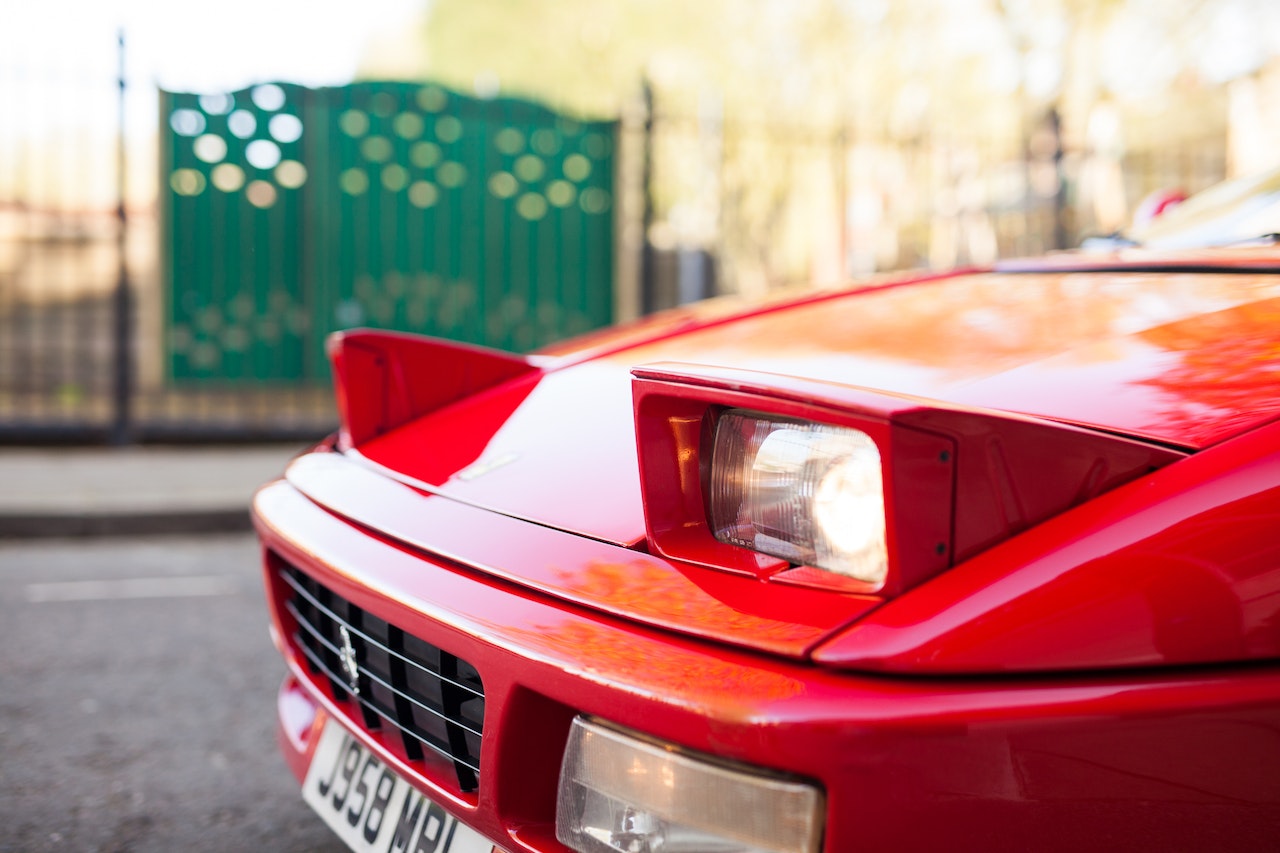 The most recent MOT test was on 11 February 2020 at 64,625 km, which resulted in a clean pass with no advisories whatsoever. The wheels are fitted with Bridgestone Expedia tyres in size 215/50 ZR17 at the front and 255/45 ZR17 at the rear, which are in very good condition. 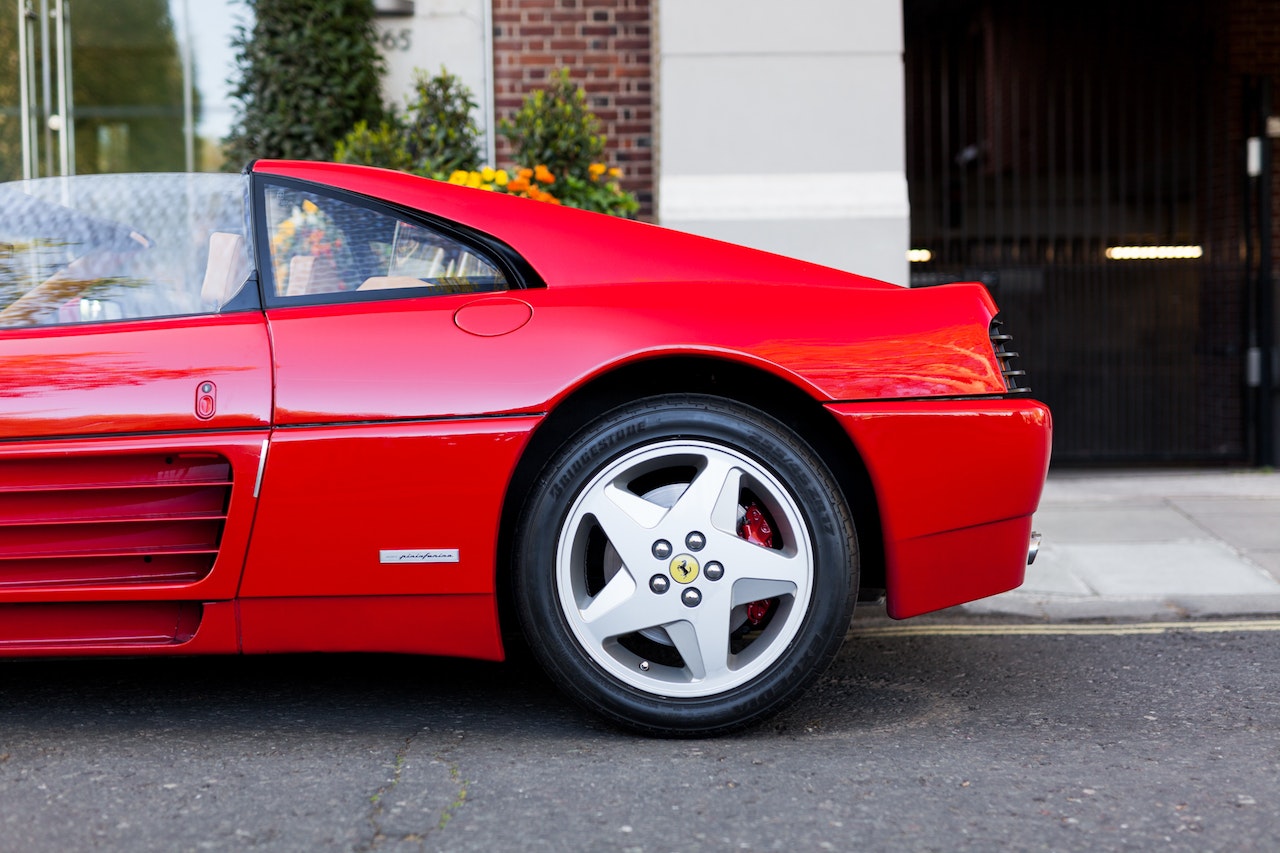 Accompanying the car is the original brown leather wallet, housing the owner’s manual, stamped guarantee and maintenance booklet, and service directory. There are also two keys, one of which has been upgraded with the modern style of Ferrari fob. The original tool kit suitcase is also present, as well as a contemporary carry bag for the tyre sealant kit. 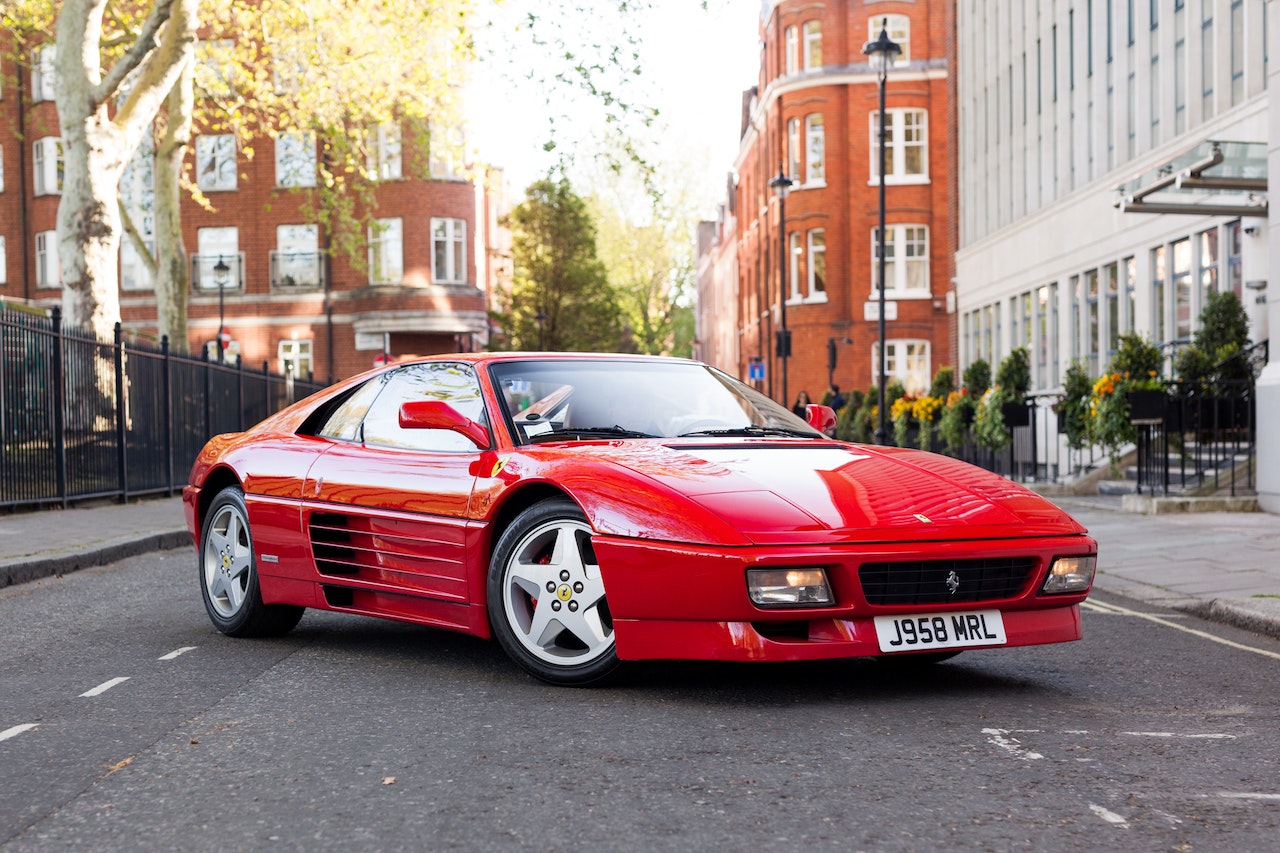 This Ferrari 348 TS is a wonderful example of the marque’s first modern-era supercar, which is presented in superb cosmetic and mechanical condition. With the reported connection to the former head of Scuderia Ferrari, it has fantastic provenance, not to mention an incredible and unique specification with its full tan leather interior and ANSA exhaust system. Undoubtedly a 348 that stands out from the rest on account of its ‘one of one’ status, and a car which would be a credit to any collection.