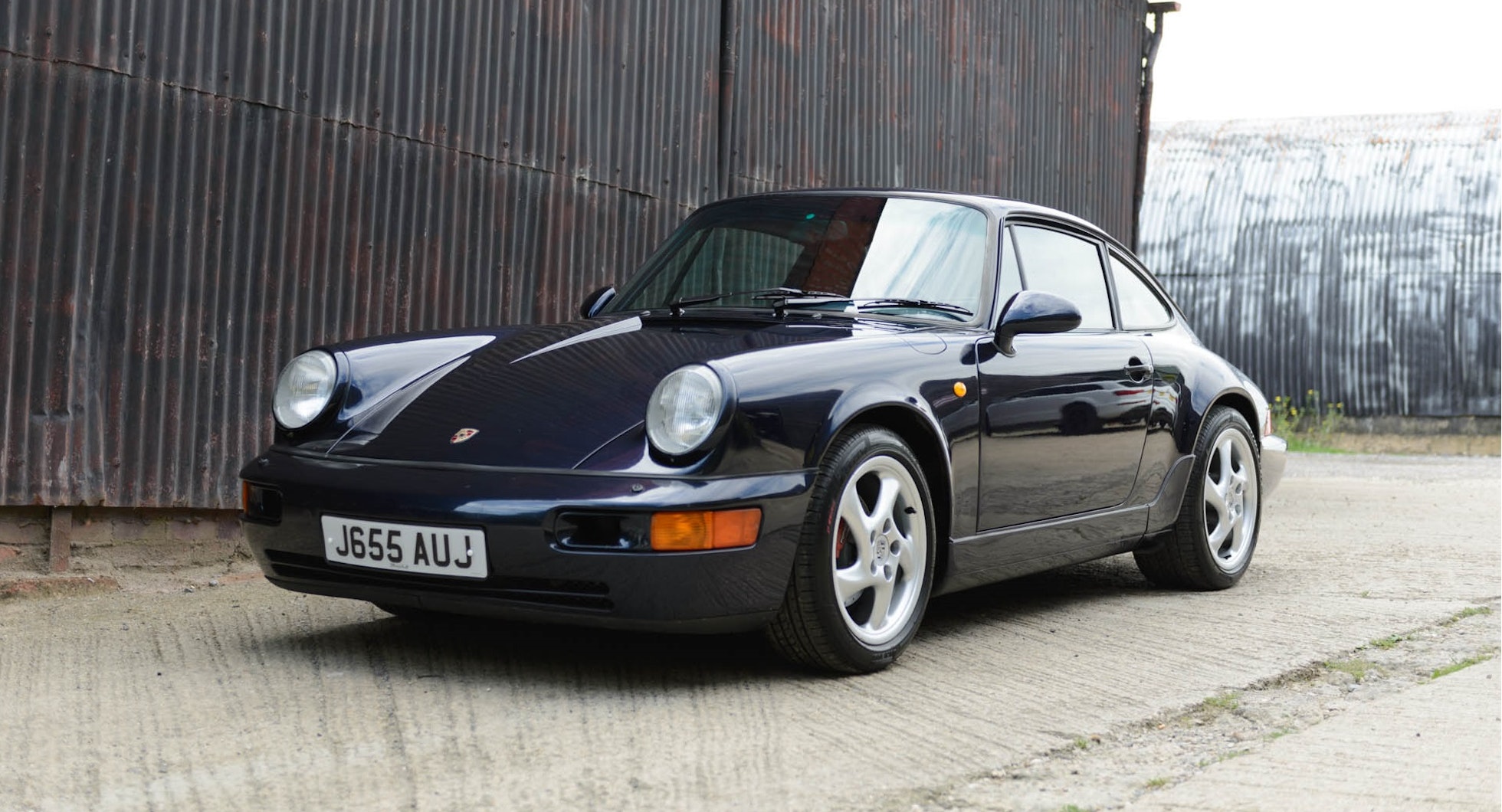 This 1991 Porsche 911 (964) Carrera is a mechanically-sound sports car in good order, which could be smartened up to make a great daily driver or could be the basis of a bespoke ‘restomod’ or ‘outlaw’ project. It is powered by the 3.6-litre flat-six engine, paired with the four-speed Bosch-ZF Tiptronic transmission. It is presented in its original colour combination, and has covered 115,701 miles (186,203 km) from new. 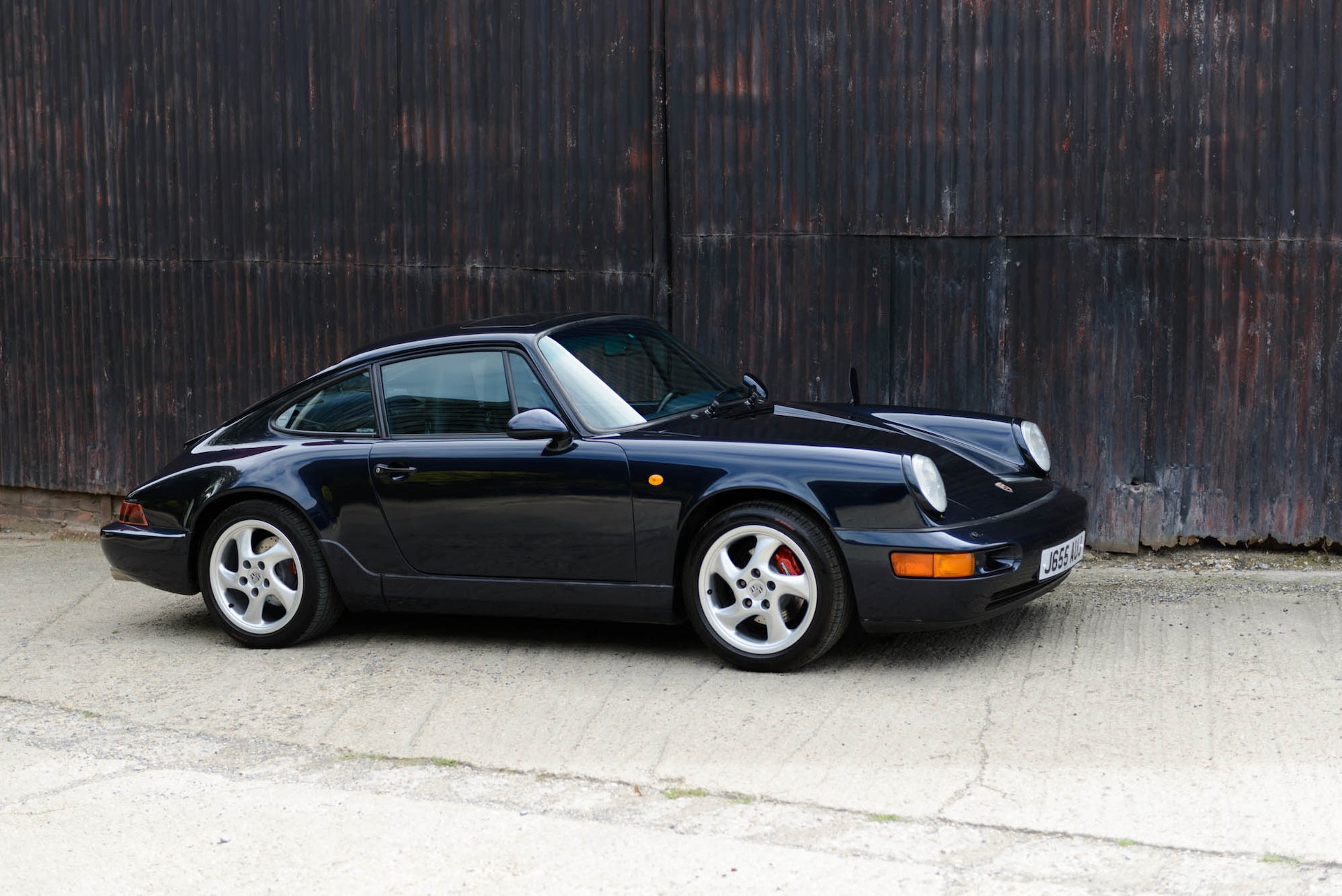 A left-hand drive example originally delivered to Germany, which is confirmed by the C00 code on the data sticker, it was supplied new via Porsche Zentrum Recklinghausen on 2 May 1991. This 964 Carrera was first registered in the UK in 2000, and has therefore been on British roads for twice as long as its early life on the continent. There are three UK keepers on record, and it has been in the care of the most recent owner for 16 years. 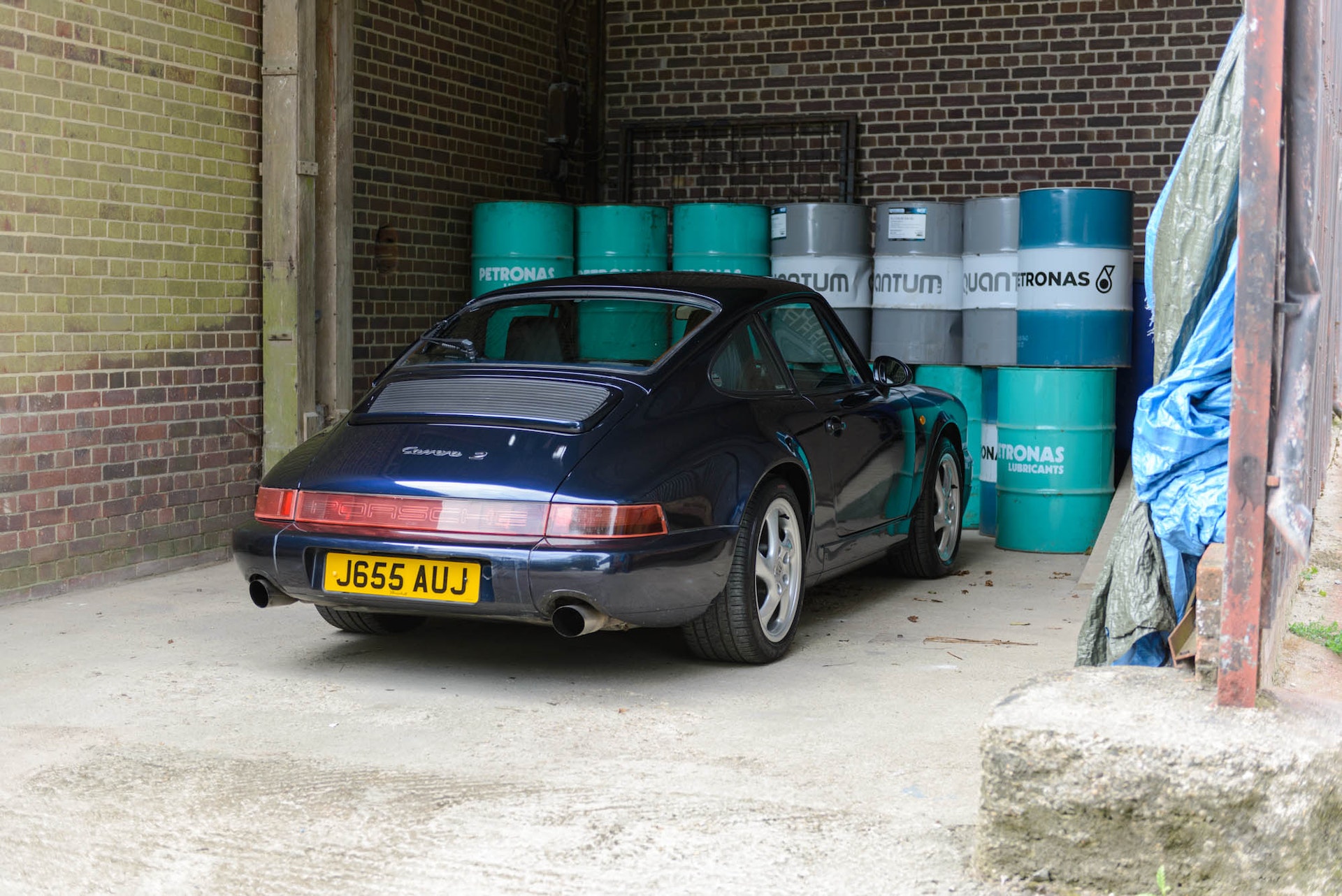 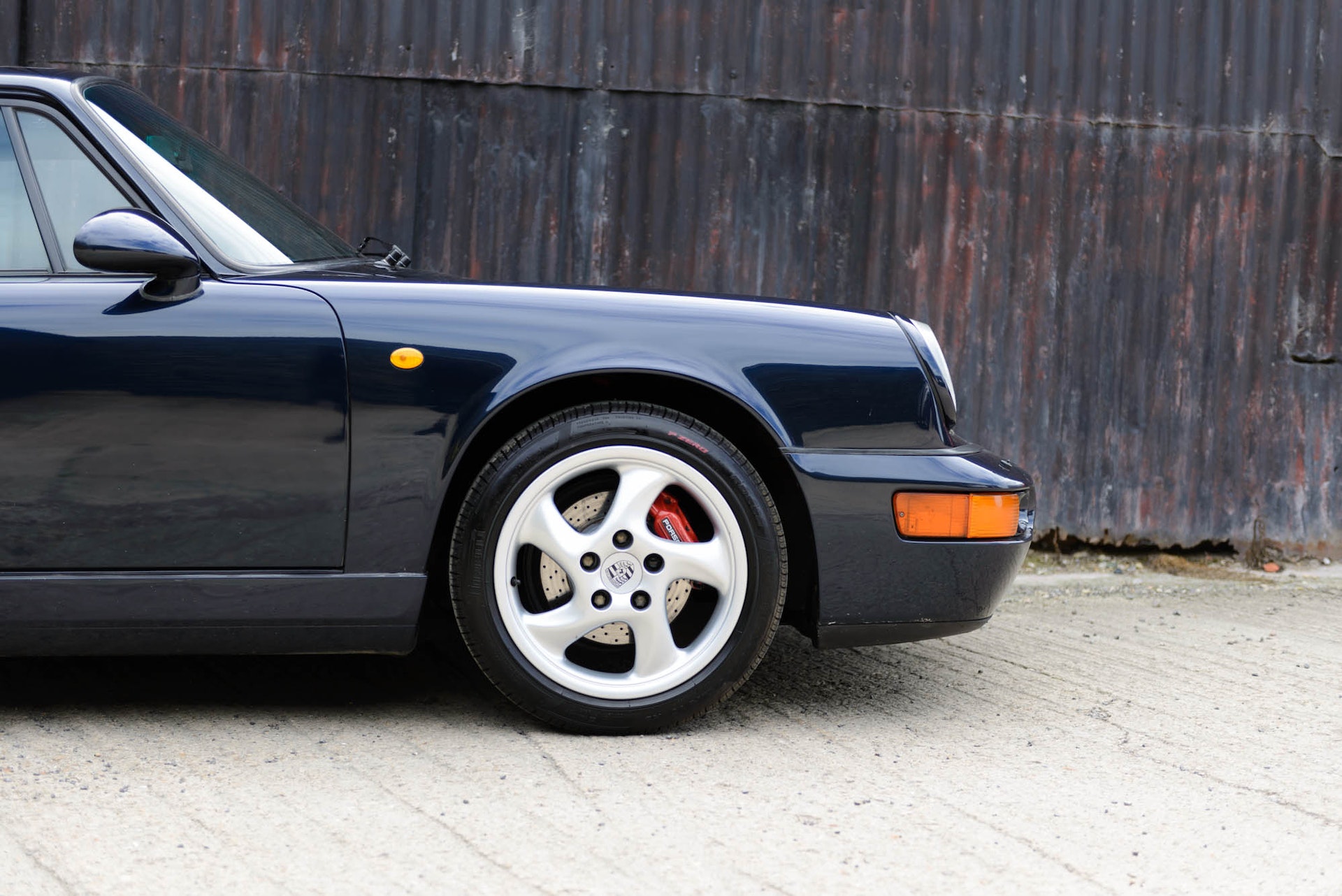 The car’s Midnight Blue paintwork is described by the vendor as being in fair condition, with minor scuffs and scratches present around the body. It has almost certainly received resprays to certain sections in the past. Rectification of blemishes in the bodywork and professional attention to the paintwork will bring the car back to a very good standard. 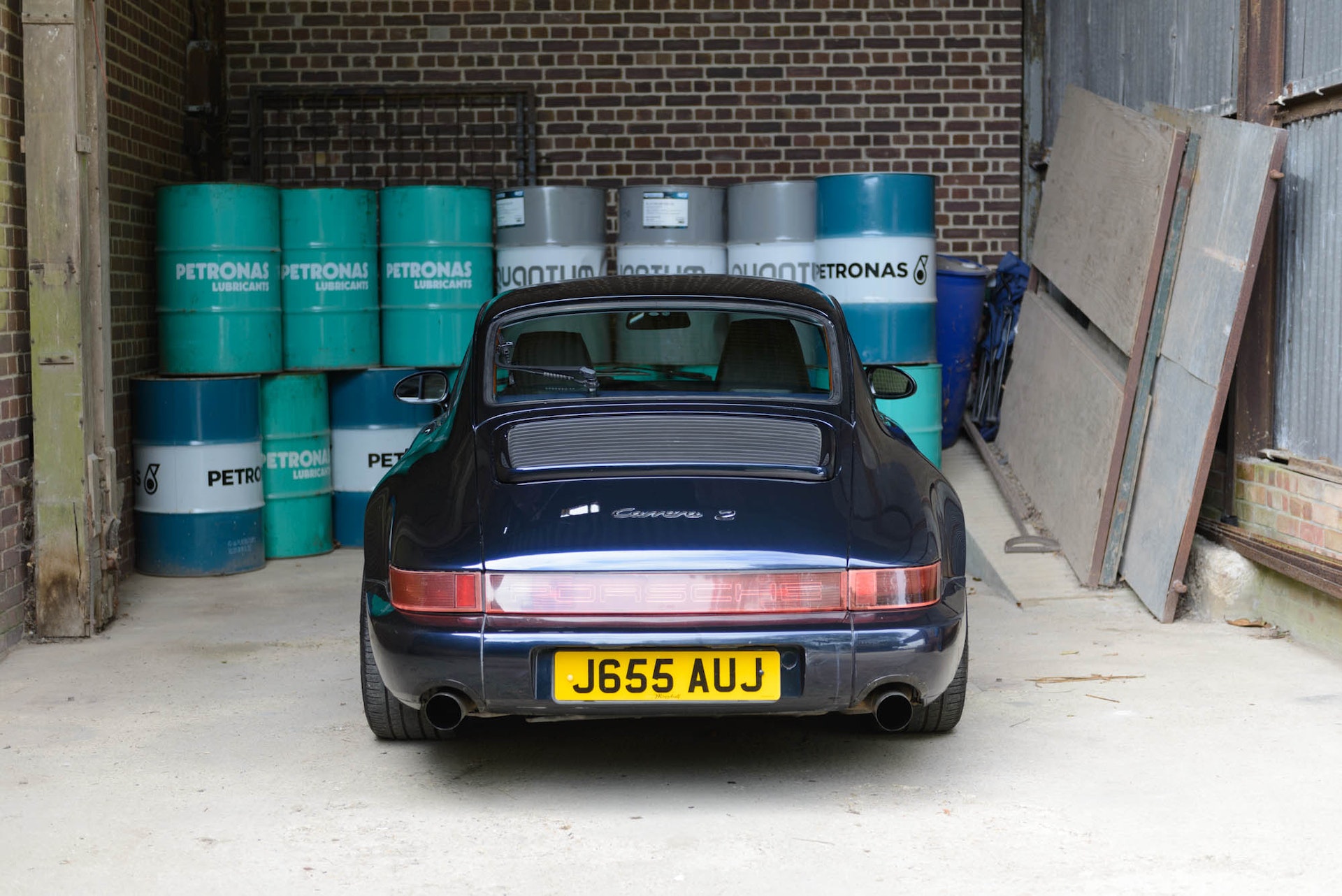 All of the exterior trim and seals are in good order, though the vendor reports that the rear spoiler is currently inoperative. The light lenses all present well, with no damage to the rear reflector, but some minor crazing present in the passenger-side tail light. At the front, the car features RS-style ducts in place of the fog lights. It sits on a set of 17-inch Porsche ‘Turbo Twist’ alloy wheels, which are in near pristine condition. 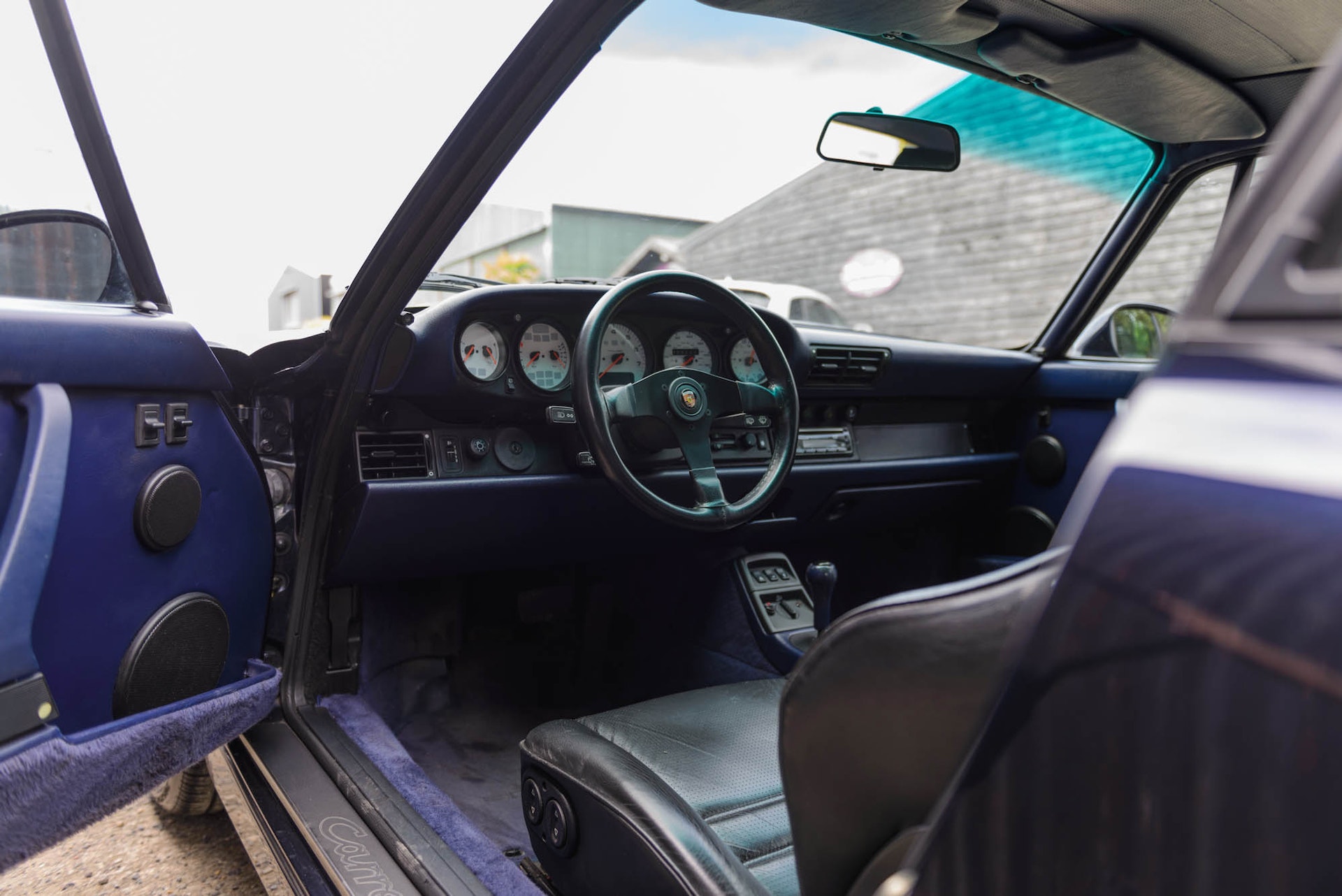 In the cabin, the original combination of black and blue leather is very smart, perfectly complementing the dark blue paintwork. The black leather upholstery on the seats features perforated centre panels, and there are only light signs of wear to the finish. The carpets on the driver’s side footwell and door pocket would benefit from a deep clean, and a pair of Porsche overmats is also present. 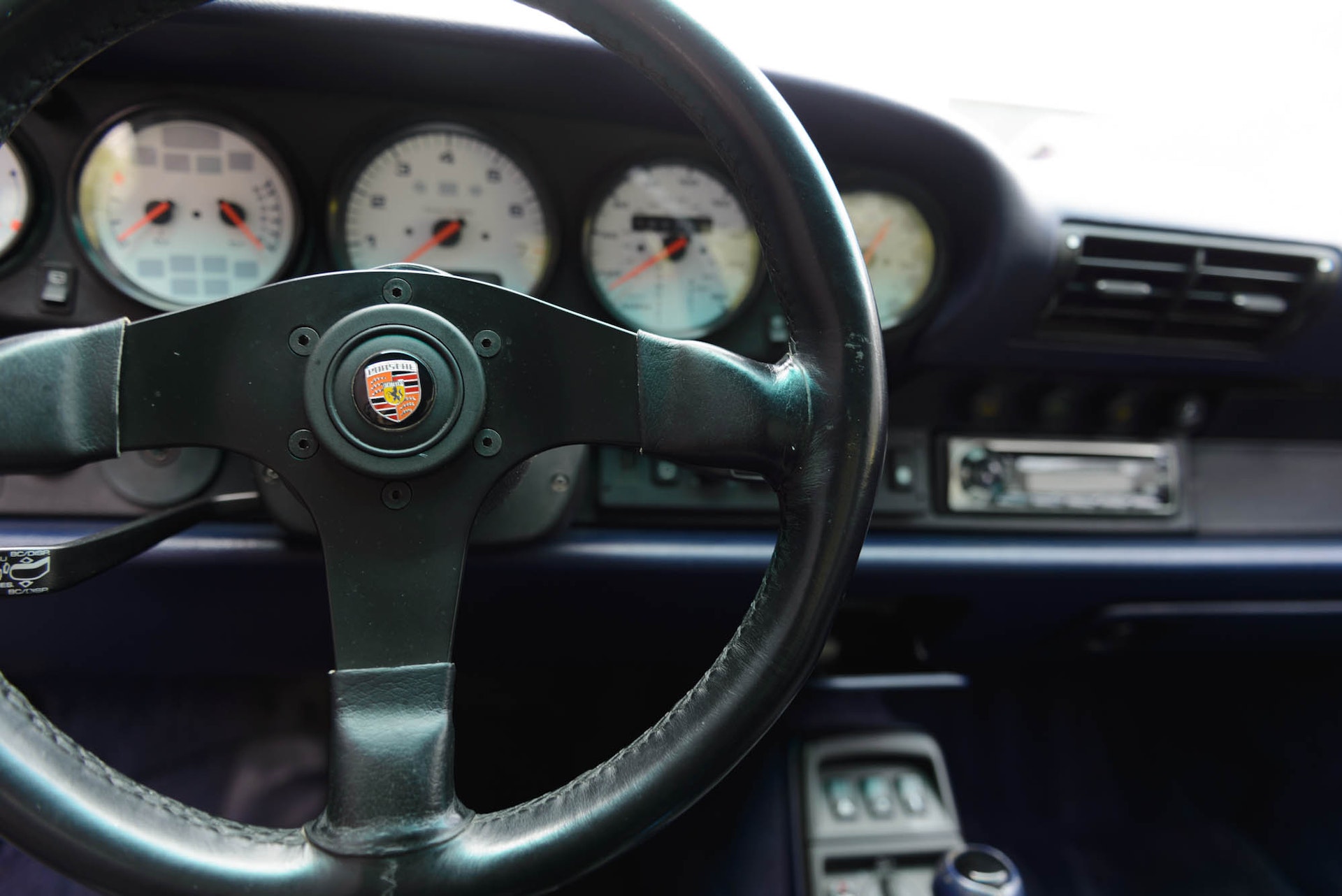 Ahead of the driver is an aftermarket three-spoke sport steering wheel. The original airbag steering wheel accompanies the car, should the next owner wish to swap it back. There is no damage to the dashboard or door cards, which are trimmed in the original Cobalt Blue leather. 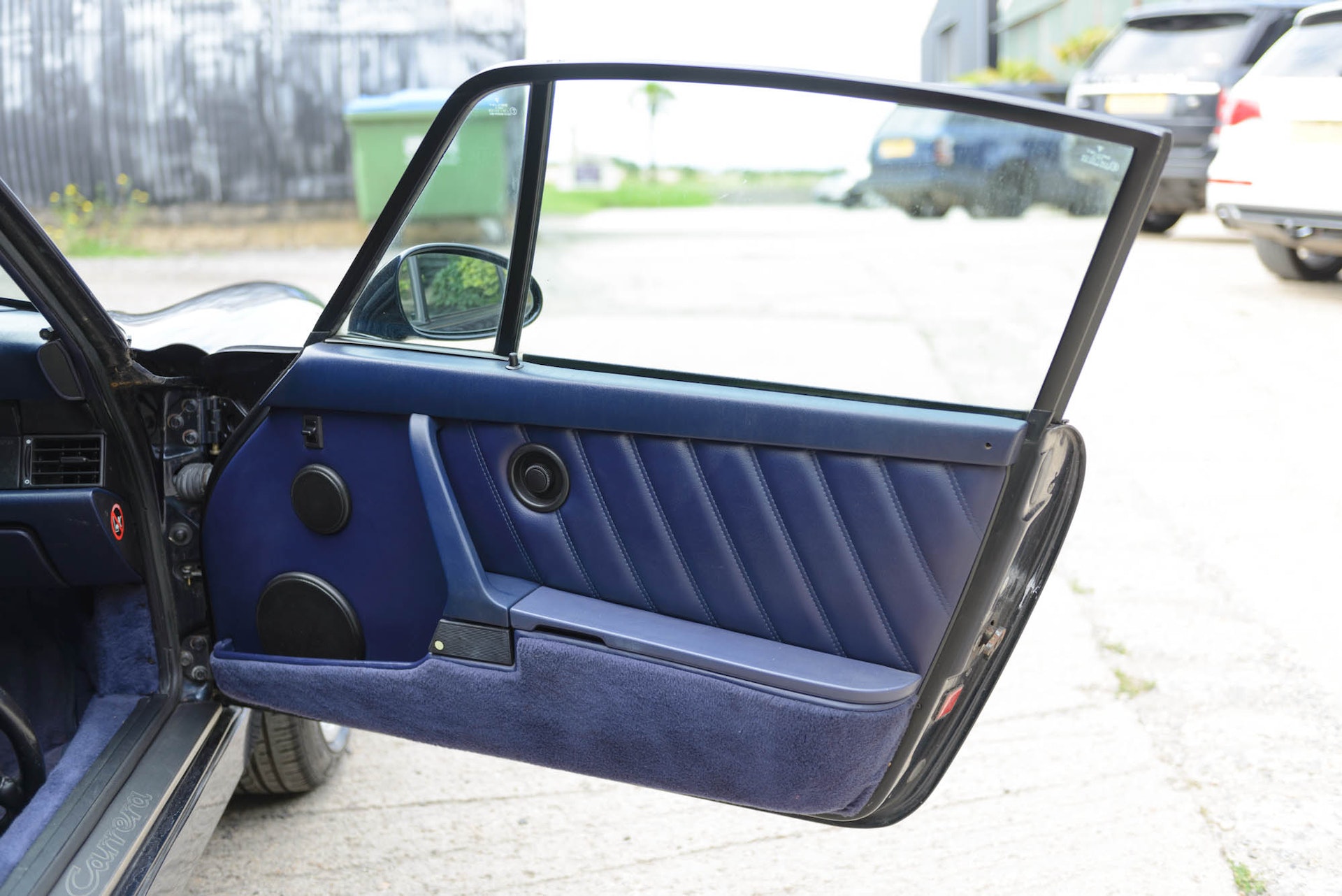 This car starts, runs and drives well, and has obviously been cared-for by its previous owners to keep it in good order. The last scheduled maintenance was in March 2017 at independent specialist Northway Porsche in Reading, which included a full inspection and oil service, as well as renewal of the brake fluid. The last two services were also at Northway Porsche. 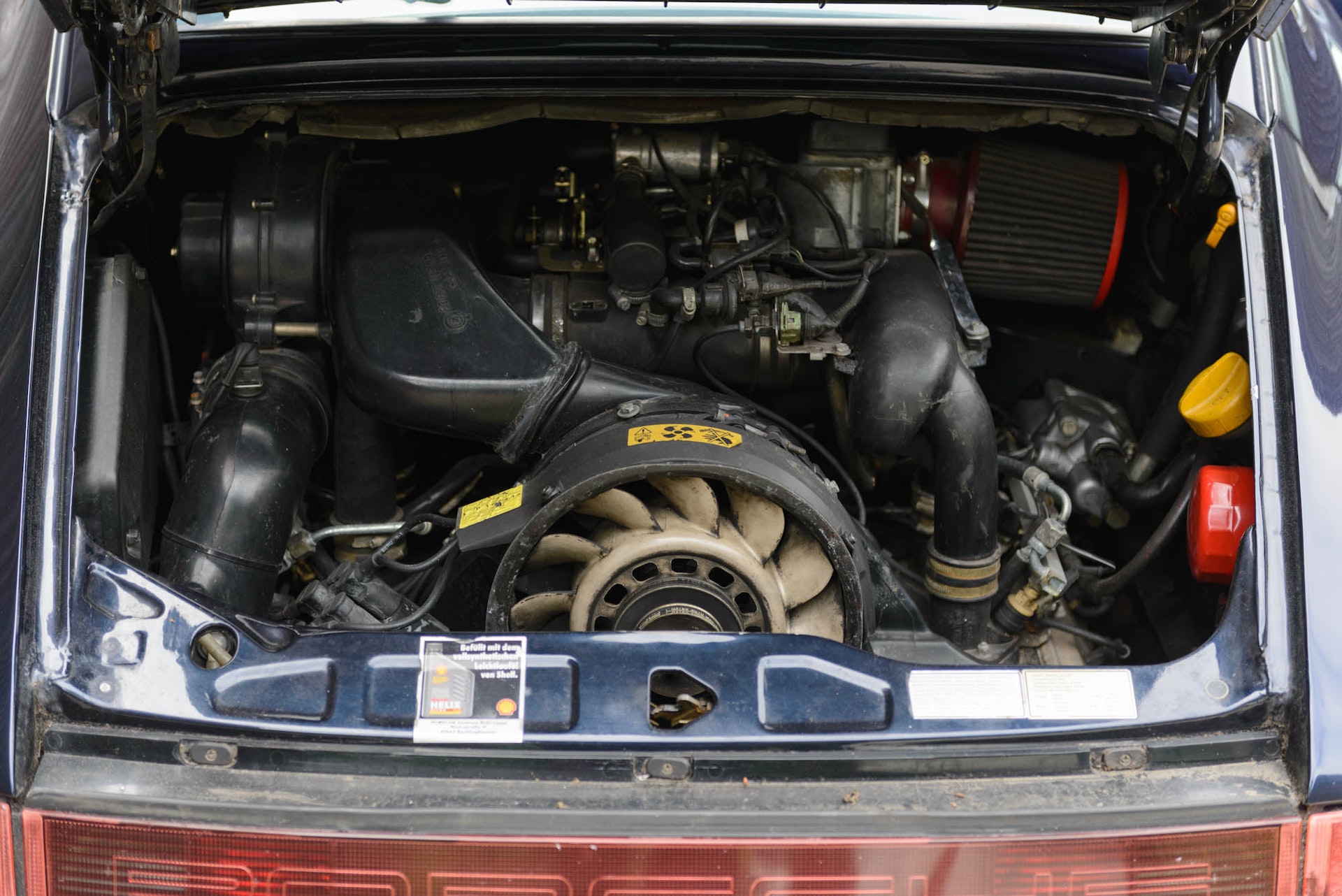 In the last 14 years, the car has only failed an MOT once, which was due to bulges in the rear tyres. With the exception of one advisory for tyre wear and one for a damaged dust cover, every other MOT has been a clean pass, free of advisories. 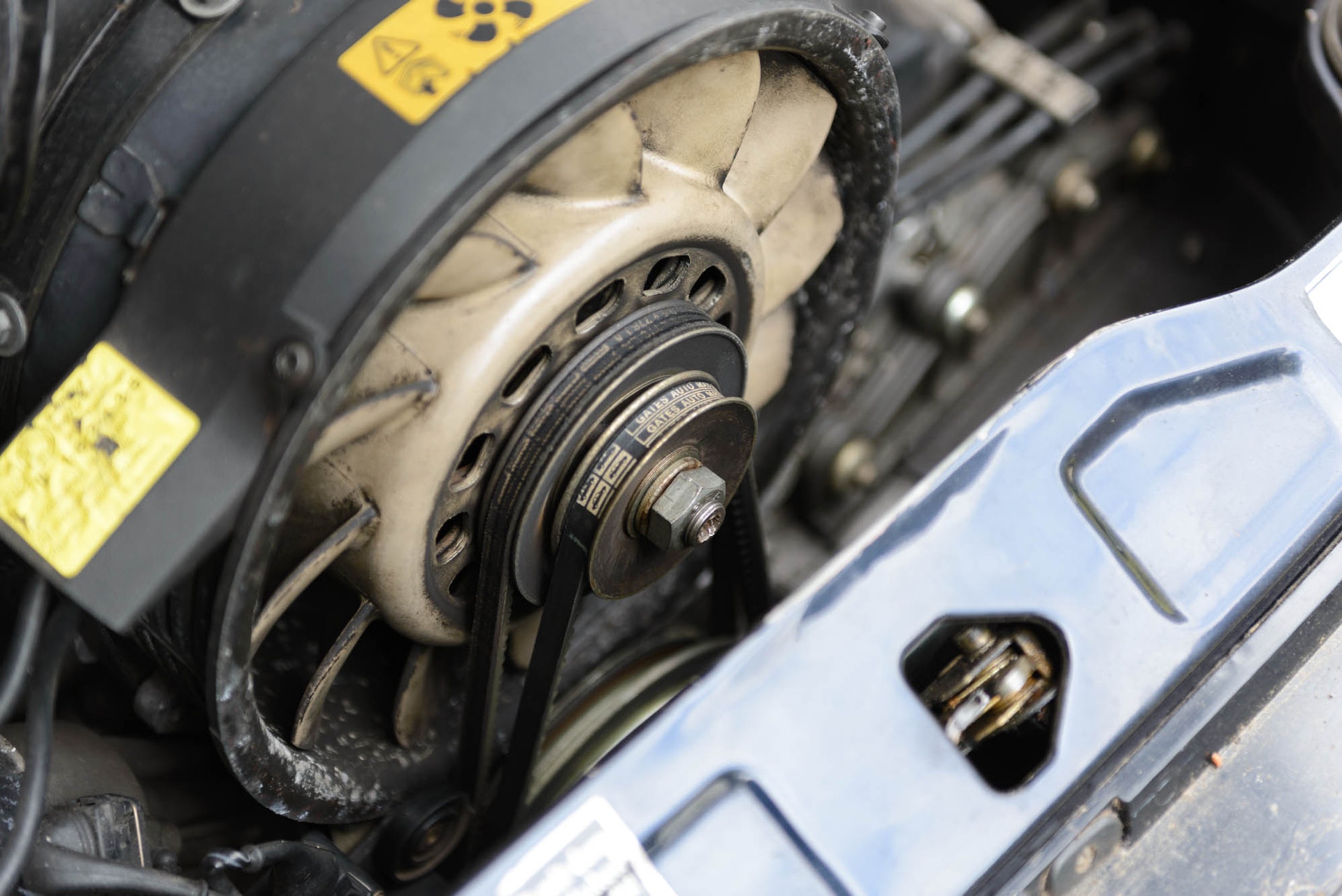 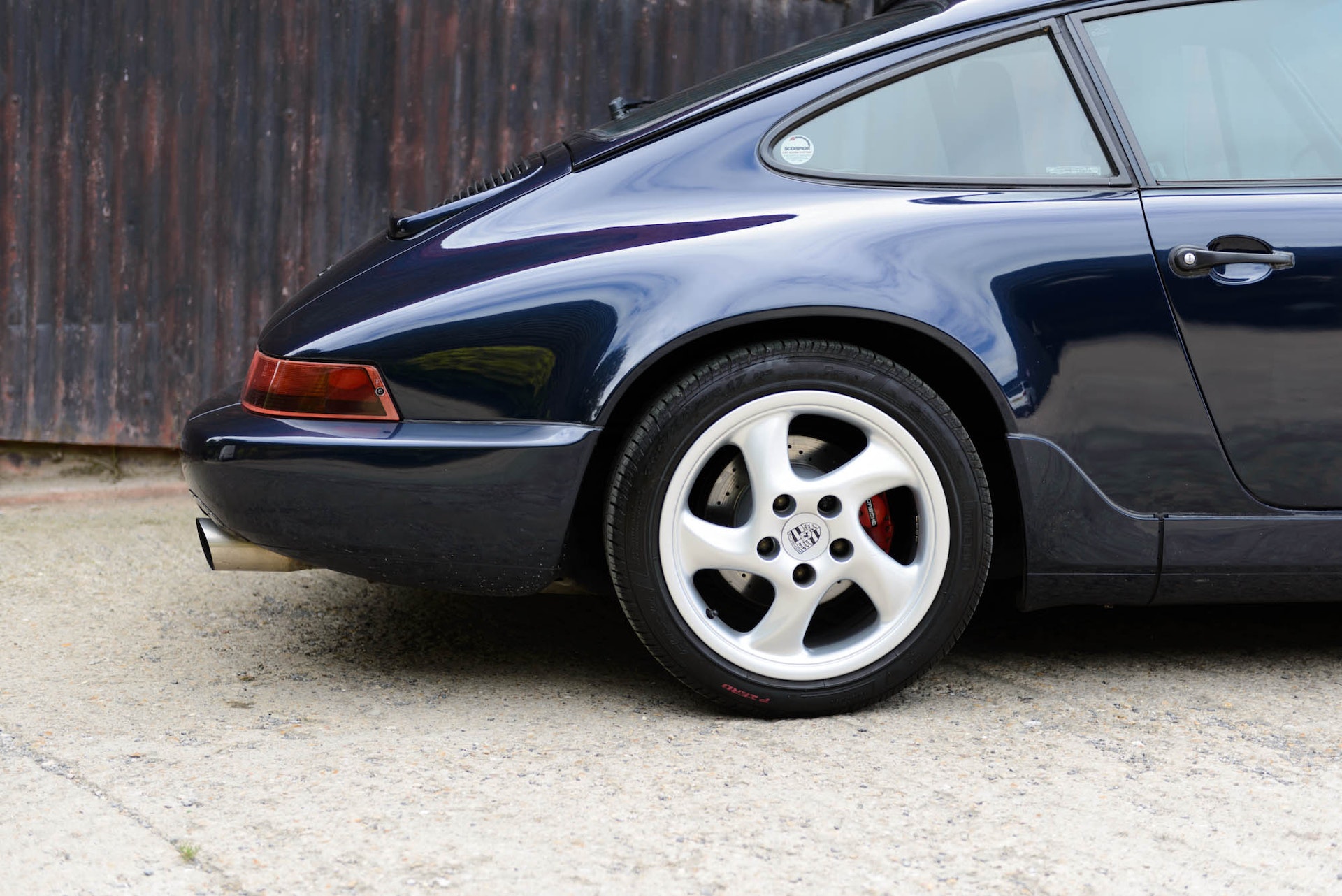 Accompanied by the original handbook, service directory and stamped maintenance booklet, there is also a history file with numerous old invoices and MOT certificates. This Porsche 964 Carrera Tiptronic is a sound example of the model, which would benefit from some cosmetic attention to bring the bodywork and paint up to the standard of the rest of the car. Of course, should the next owner desire, it is also ready to enjoy on the road immediately. 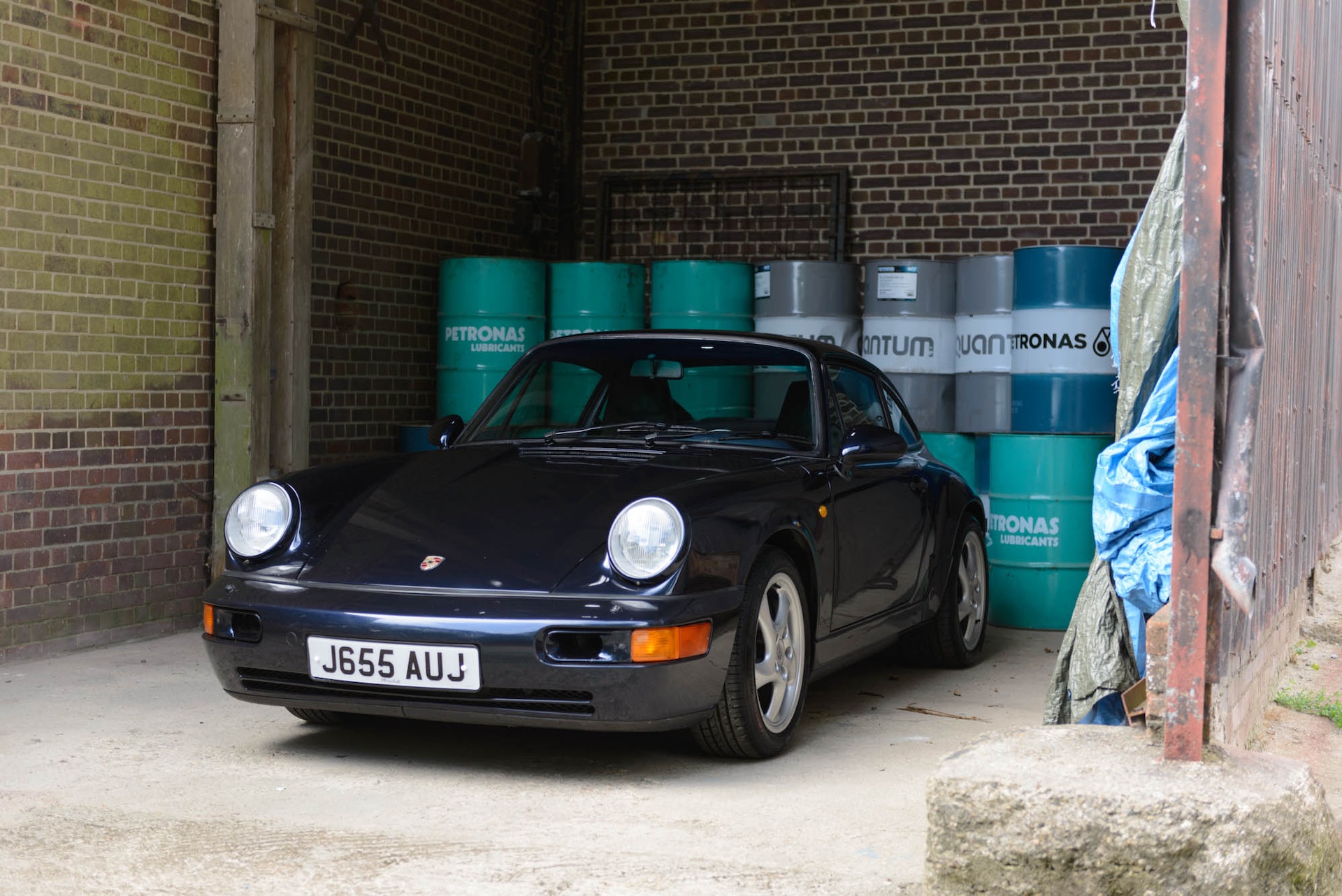