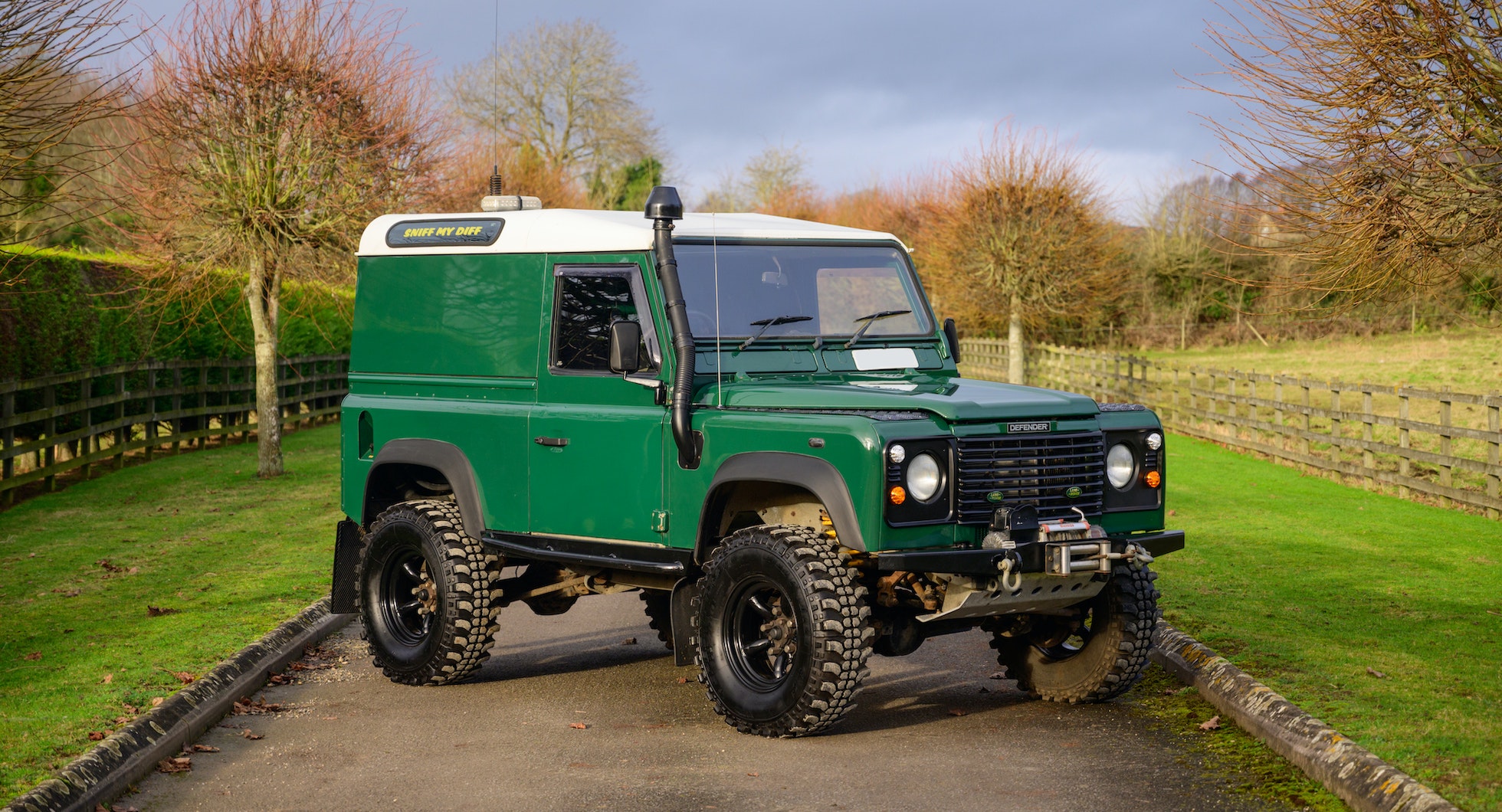 This 1991 Land Rover Defender 90 is a superb example of a British icon that has been updated with multiple enhancements to bring it into the 21st century, including a galvanised chassis and a rebuilt engine and gearbox. It is powered by its original 2.5-litre 200Tdi engine paired with a manual transmission. Showing just 57,000 miles since its restoration in 2011, it is now offered for sale by its current owner, who has enjoyed it for the last eight years. 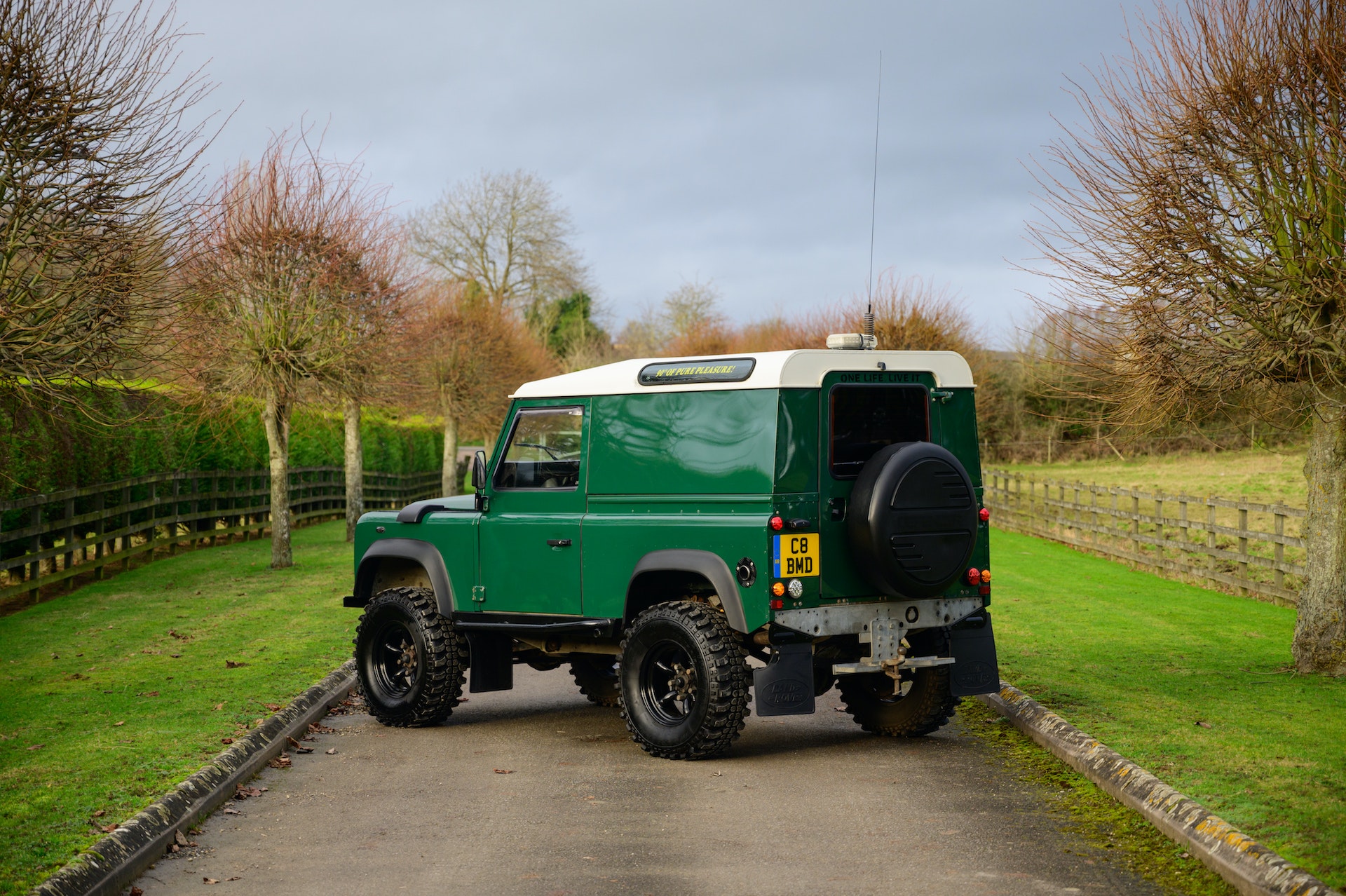 After its assembly was completed by Land Rover at Solihull, England, it was registered on 1 August 1991 and assigned registration number ‘J916 AWW’. The utility vehicle was then owned by a Land Rover employee and later passed to K&S Kempson, a farm based in Lancashire. In 2011, the Land Rover was restored, which included fitting a brand-new galvanised chassis, rebuilding the engine and respraying the body in green. After the engine rebuild, the odometer was set back to zero, and on its October 2011 MOT certificate, the mileage was noted as 10 miles. 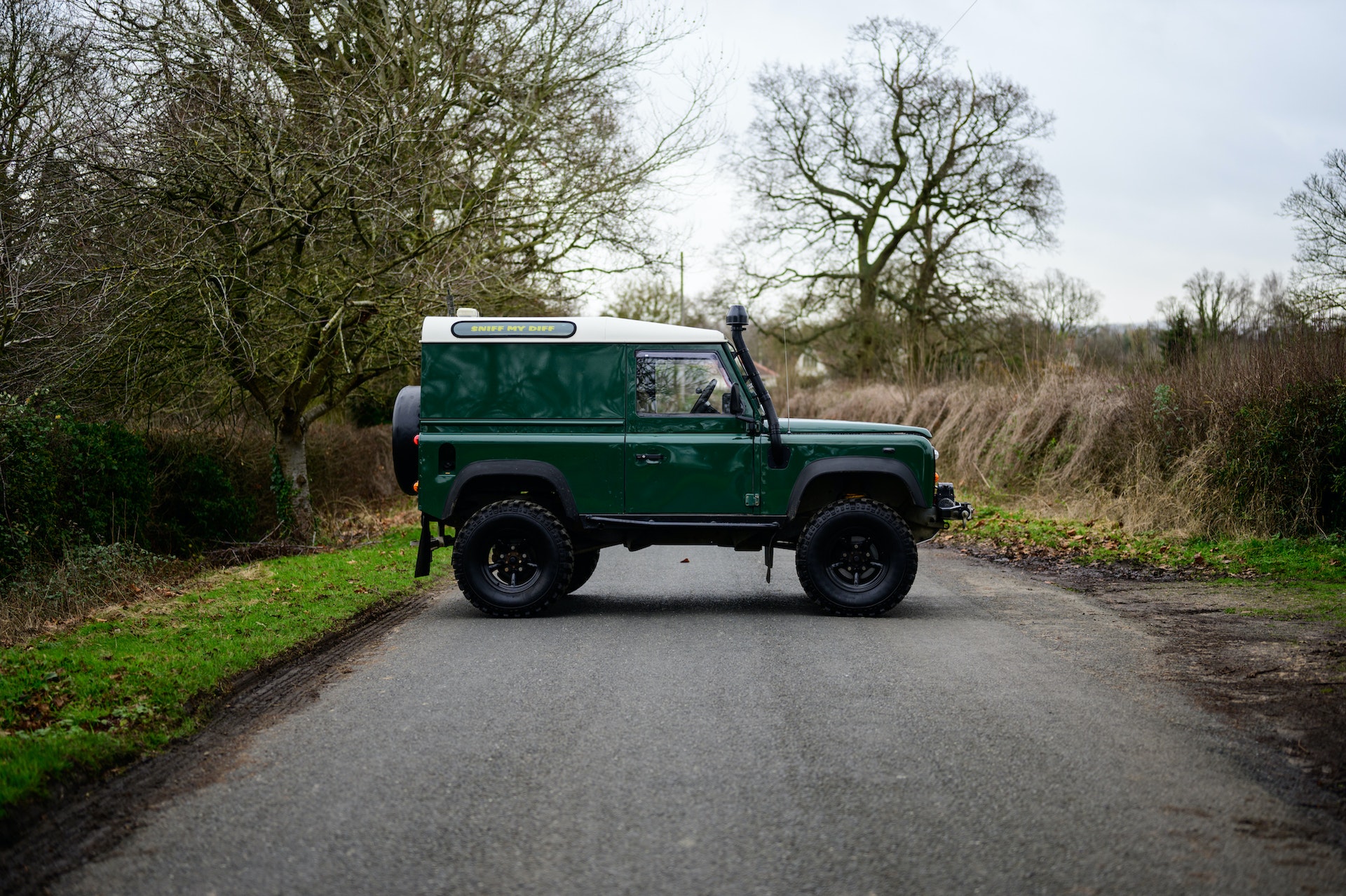 In November 2011, the Defender was purchased by the owner of dog grooming business in Blackpool. The registration was then changed to ‘C8 BMD’ — the BMD standing for Bugsie’s Mobile Dog Wash — the plate it still wears today. In February 2012, it was advertised for sale as an “immaculate and fully restored Defender in its original specification”, and the current vendor inspected and purchased it immediately. 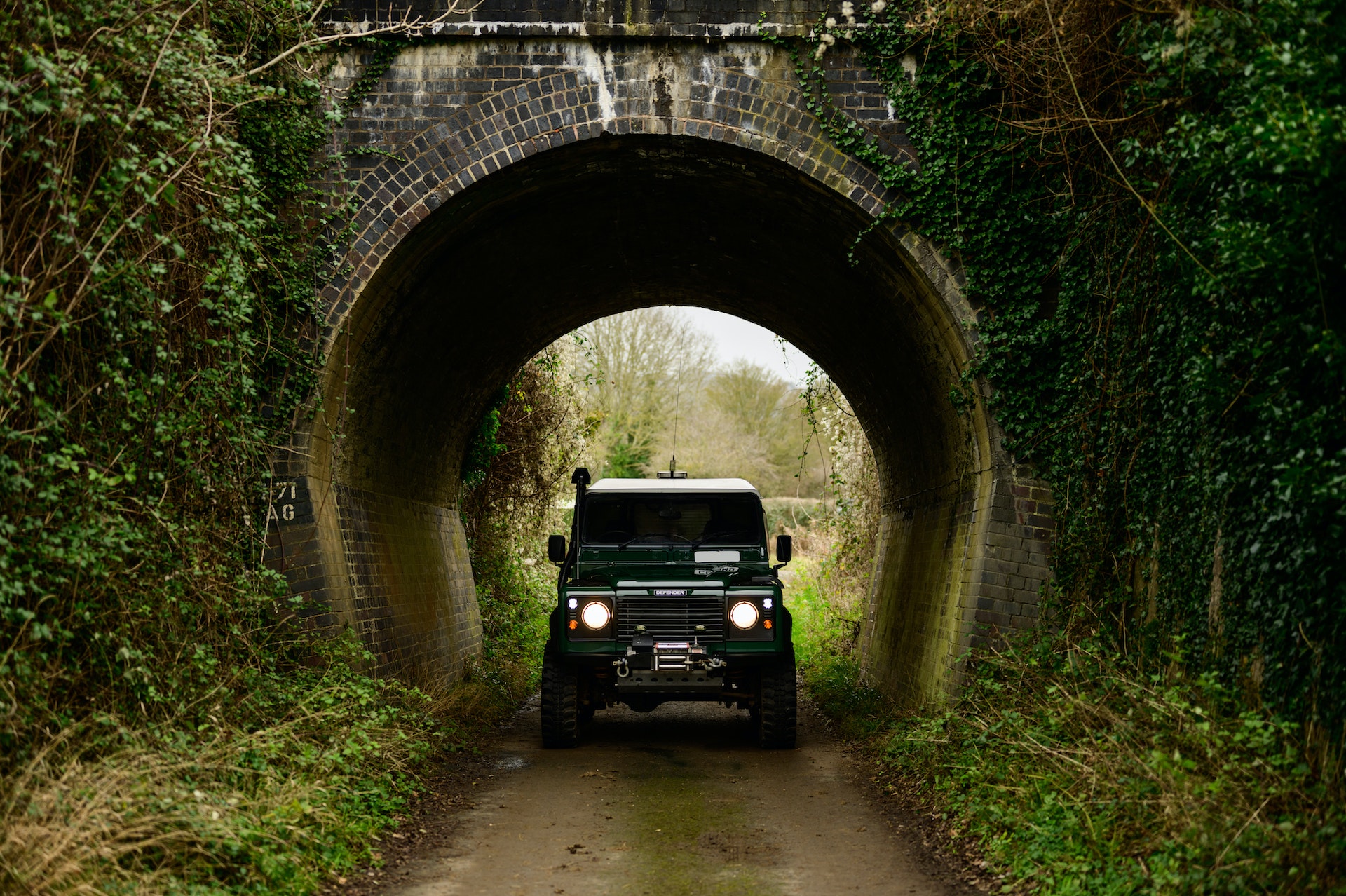 The vendor has invested much time and money over the last nine years to enhance the Land Rover. In order to achieve the specification it’s in today, the following upgrades — all brand-new when fitted — have been installed: 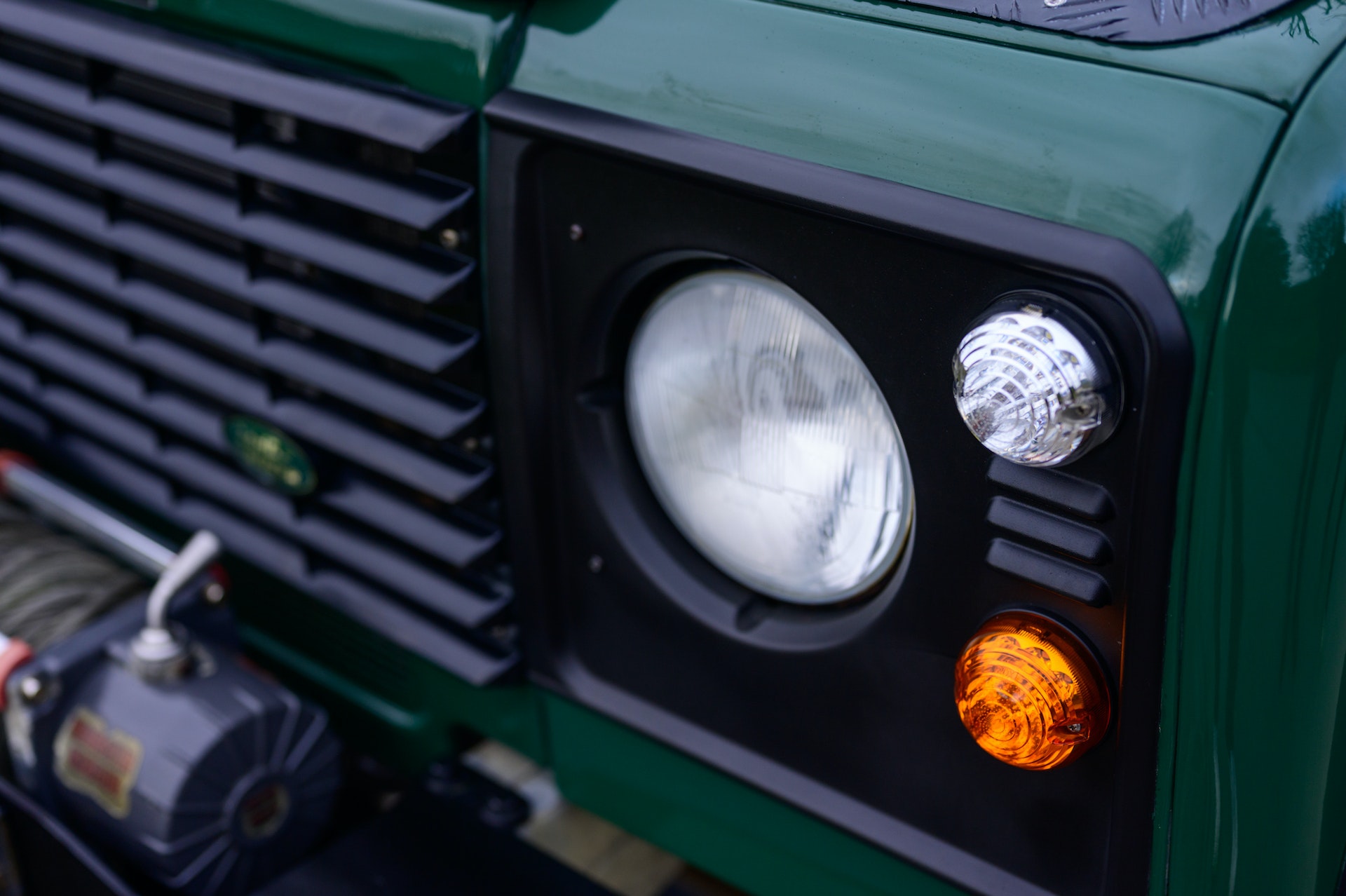 Used as a proper utility vehicle, the evergreen paint still looks good, with a few touch-up marks on the rear panels and small corrosion marks on the top, rear and side steps. The front windscreen seals are cracked, and there is a rip in the rear passenger-side mud flap, but the door jambs, bonnet and boot shuts are all in good condition. 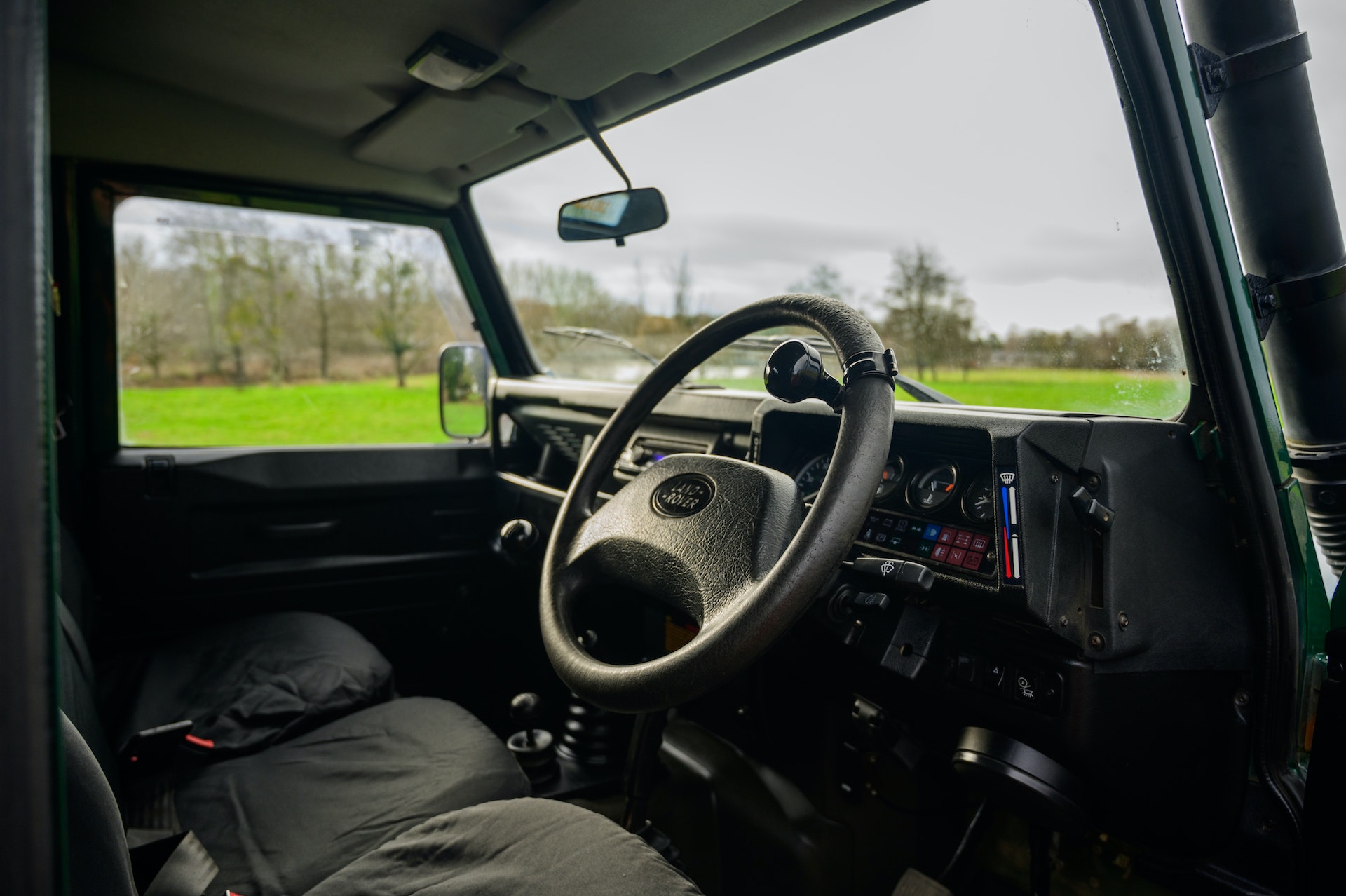 Inside, the seats are showing their age, with cracks in the leather on the driver’s seat and a large tear in both the Land Rover material and leather on the passenger’s seat, but heavy-duty tailored front seat covers do come with the vehicle, as seen in the photos. There are also a few stains on the headlining, and the foot pedals show some rust. To the rear, there are some marks on the bare metal, but a new plastic mat has been installed. 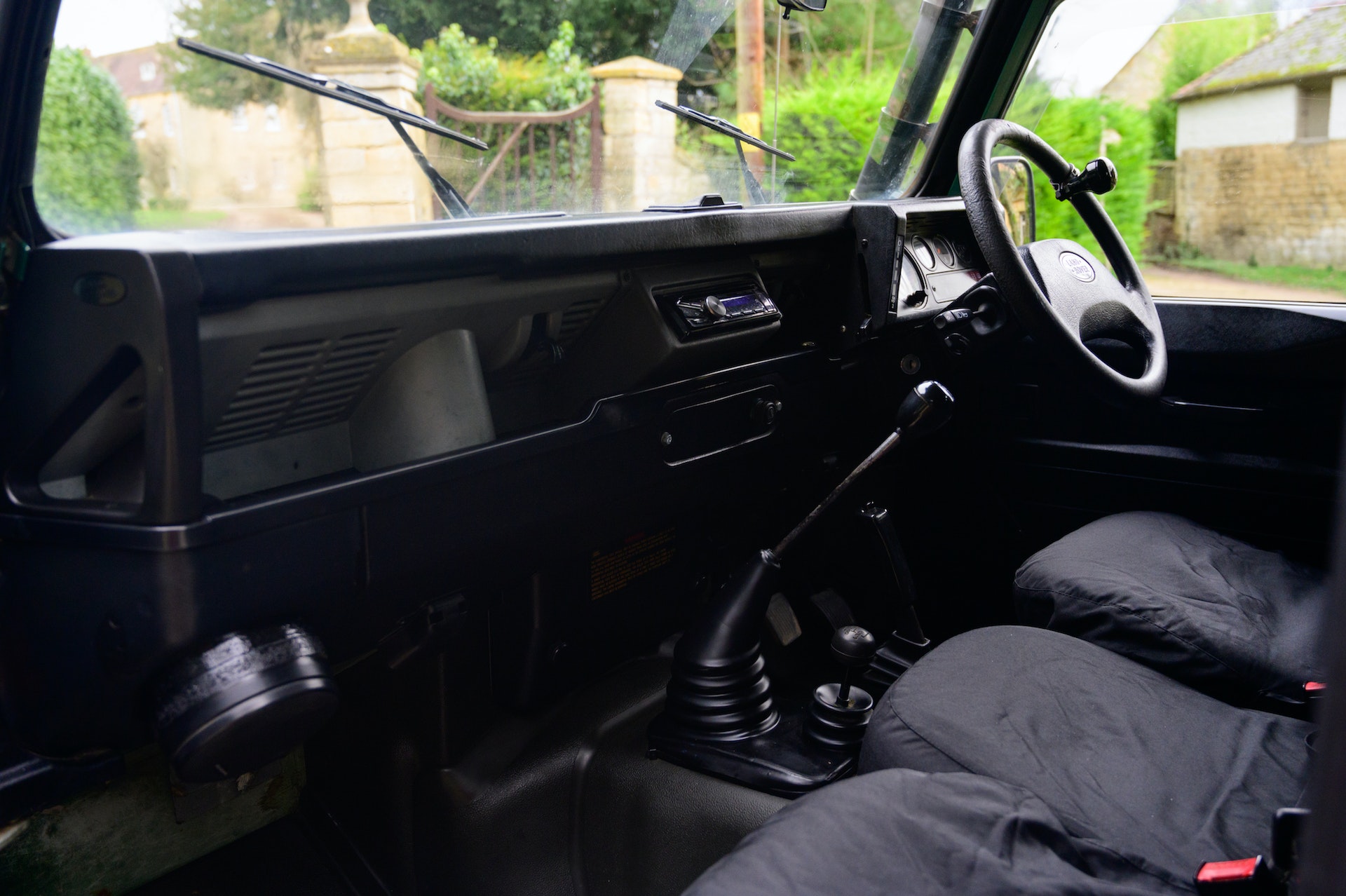 A mechanic by profession, the vendor has been very diligent in his maintenance of the car, performing services and small check-ups as and when needed. In 2012, Tim Fry Landrovers of Cheltenham was commission to supply and fit an exchange LT77 gearbox, a new mainshaft gear, a complete clutch kit, bearings, seals, levers and gearbox fluids. Throughout 2014, the vendor installed a new rear shock absorber, rocker cover gasket, service kit, steering lock mechanism, front windscreen wiper motor and exchange alternator. In 2017, new rear brake discs and pads were fitted, and in 2018, a new wide-angle front and rear propshaft were installed. 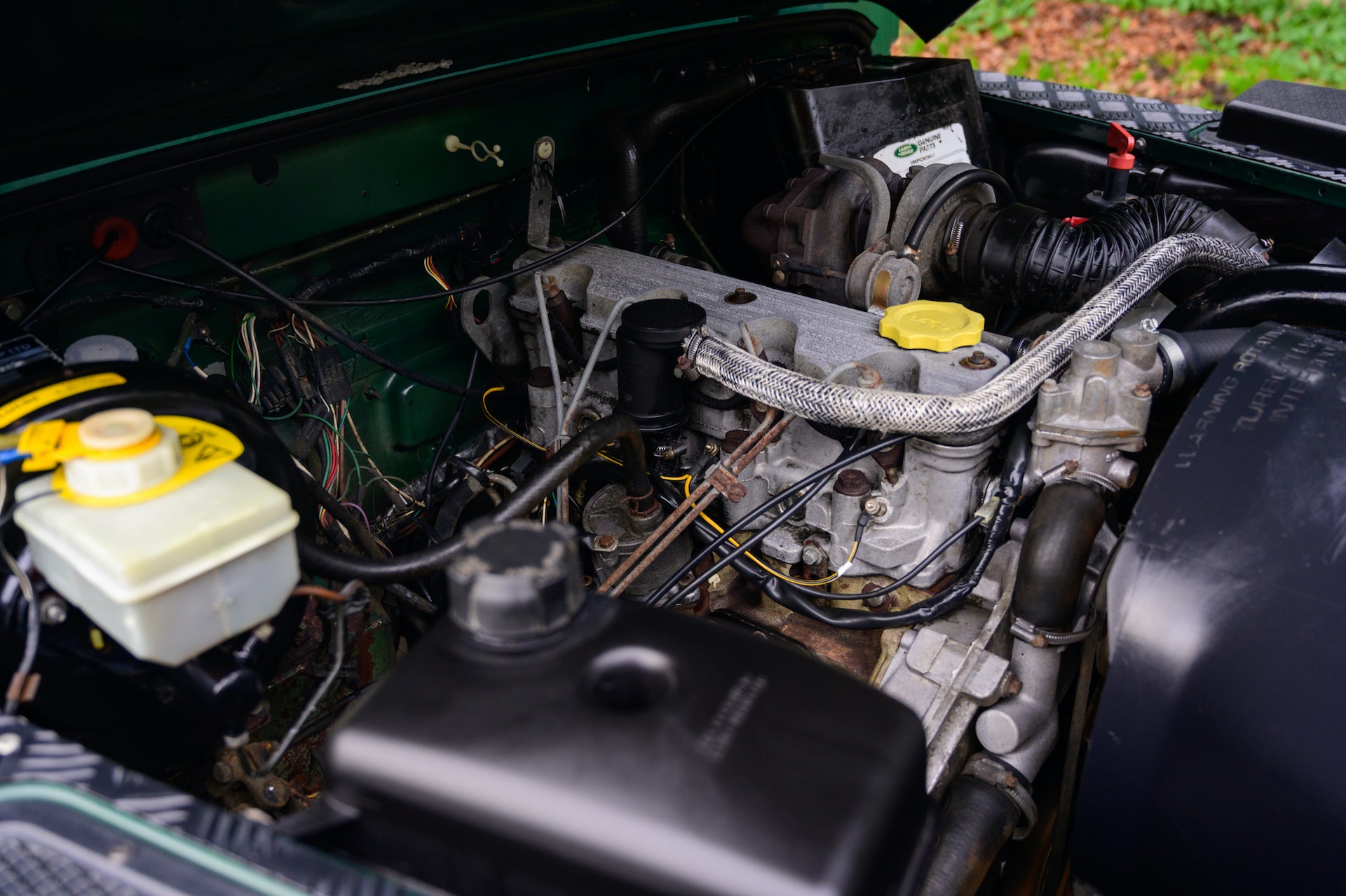 The Land Rover has been on the road and put through an MOT test every year during the current vendor’s ownership, passing every one without fail. Its most recent MOT was on 17 October 2019 and it passed with only a few minor advisories: non-excessive oil and coolant leaks and corrosion on the rear coil springs. These are common advisories with utility vehicles such as this, and ones that should be easy to sort. In fact, the coolant leak has already been rectified by the installation of a new radiator, thermostat, rocker cover gasket, water pump and oil plug following the MOT. 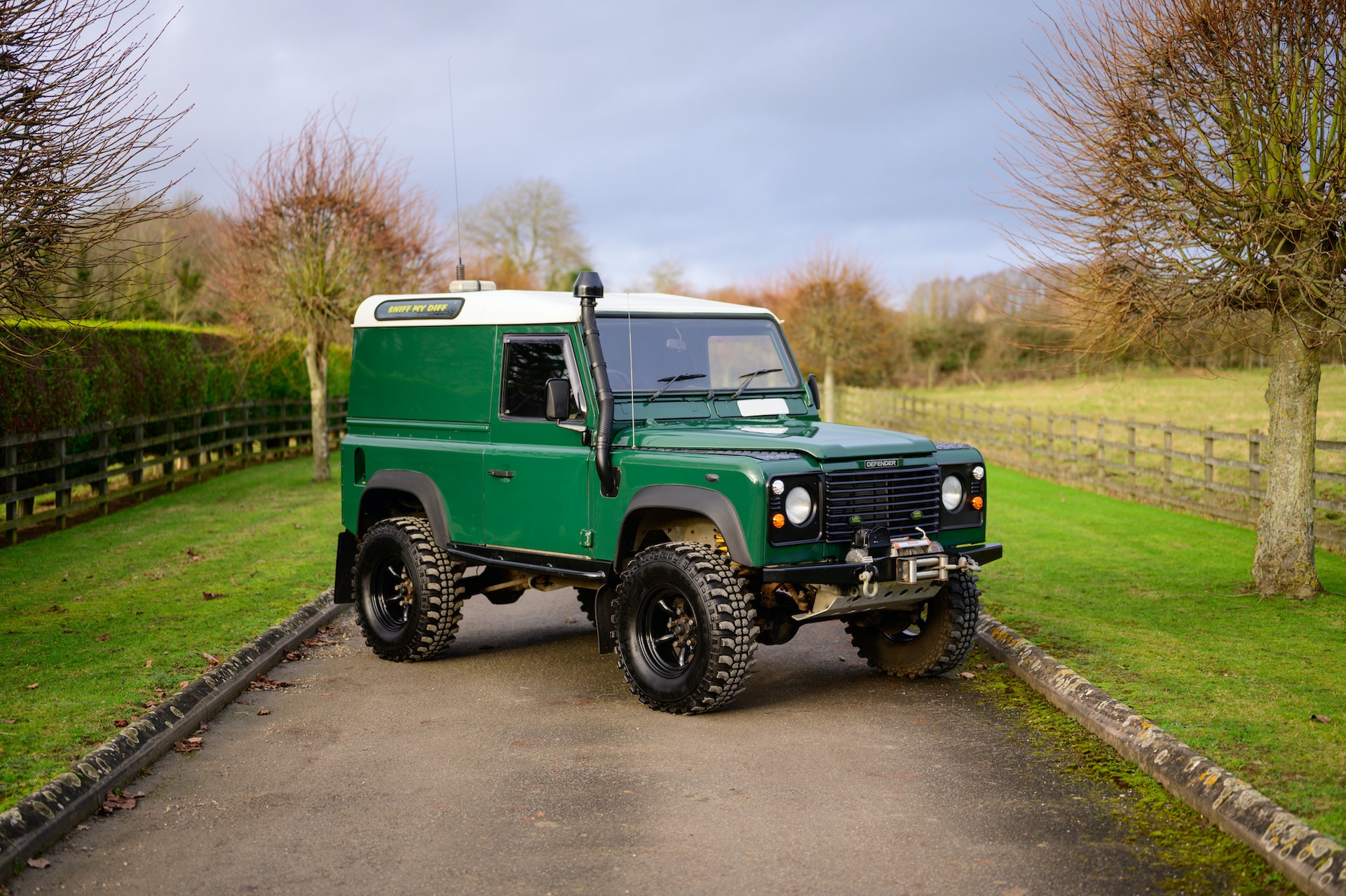 Loved by enthusiasts all over the United Kingdom – and indeed all over the world — from surfer students to farmers to Her Majesty the Queen, the Land Rover Defender is a well-established and undisputable British institution. With tasteful upgrades and enhancements, this 1991 Land Rover Defender 90 still maintains much of its “classic” aesthetic but offers more reliability and dependability with a rebuilt engine and gearbox and a galvanised chassis. There aren’t many examples available that have been restored and maintained to this standard, and as the sticker says, you have “one life, live it”!