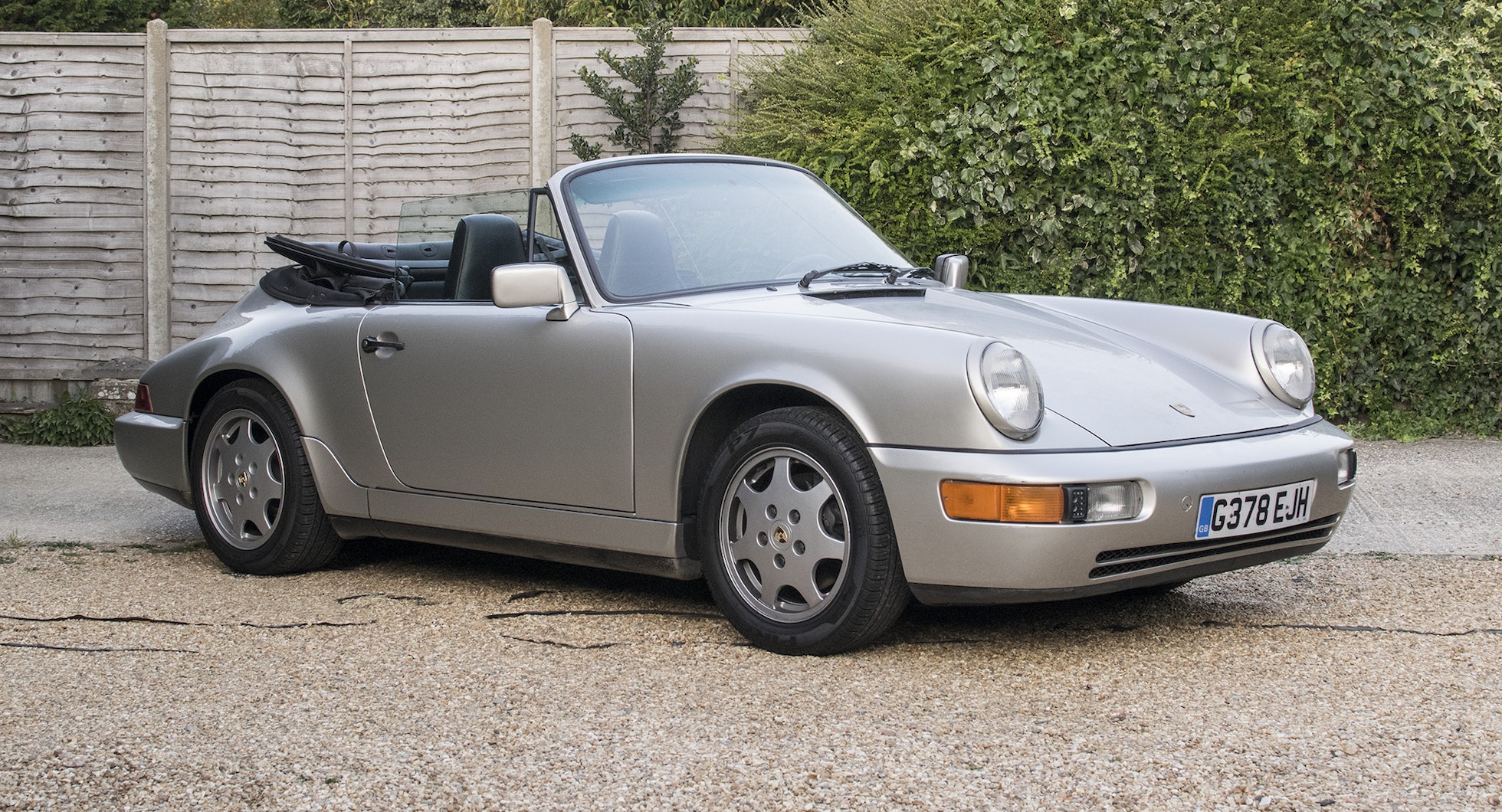 This 1990 Porsche 911 Carrera Cabriolet is a smart example of an exciting open-top sports car, which is offered from long-term cherished ownership. Power comes from the 3.6-litre flat-six engine and is driven through the four-speed Bosch-ZF Tiptronic transmission. This car has been enjoyed as intended, and is both a reliable and usable modern classic. 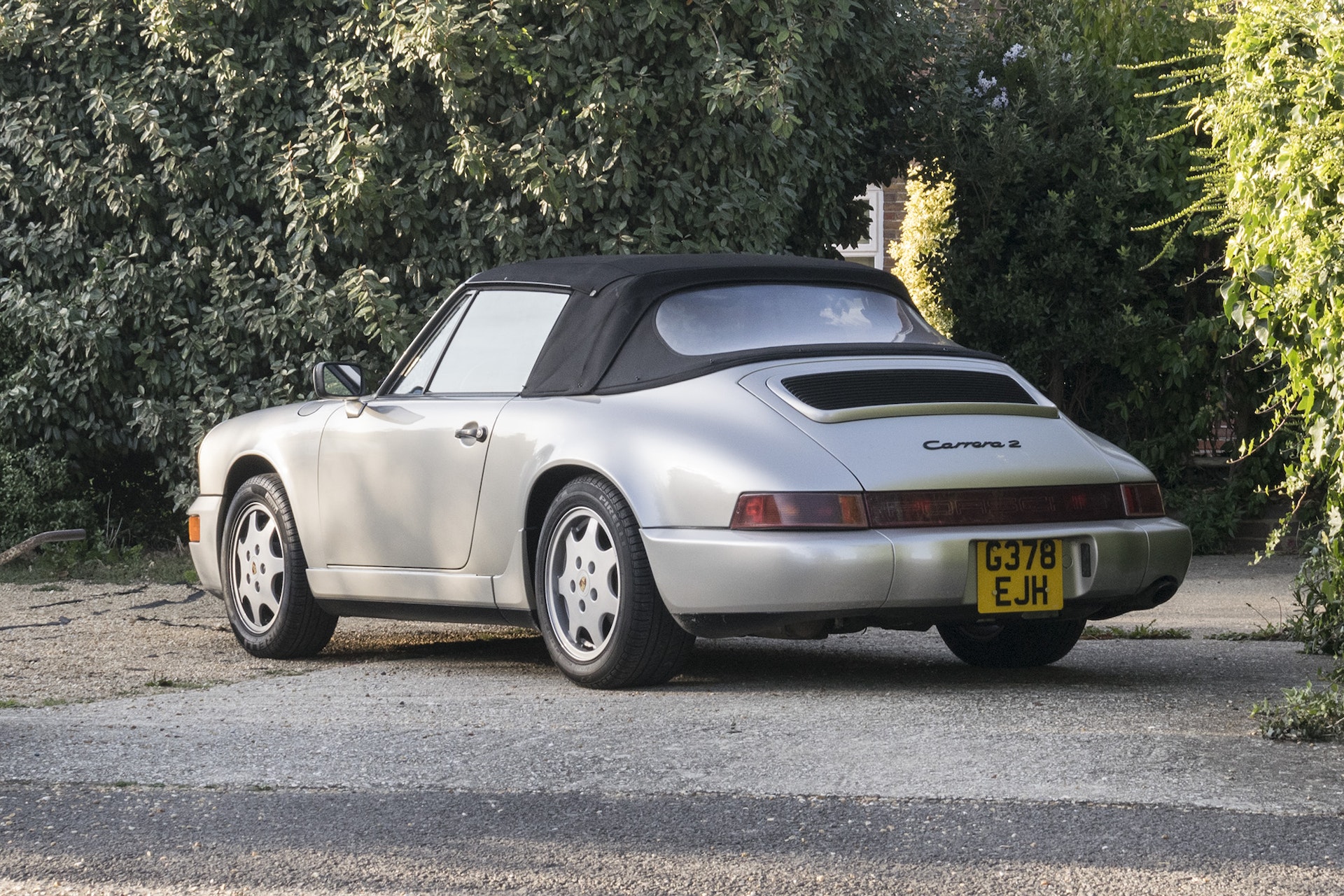 An original C03-code California specification car, it was delivered new on 18 June 1990 via Porsche dealer George Follmer Motorcars. Having been well maintained by American owners early on in its life, it was acquired by the British vendor when he was working in the US some 20 years ago. He had the car looked after by local specialists while living there, and then brought the car back with him to the UK in 2006, when the mileage stood at around 110,000. 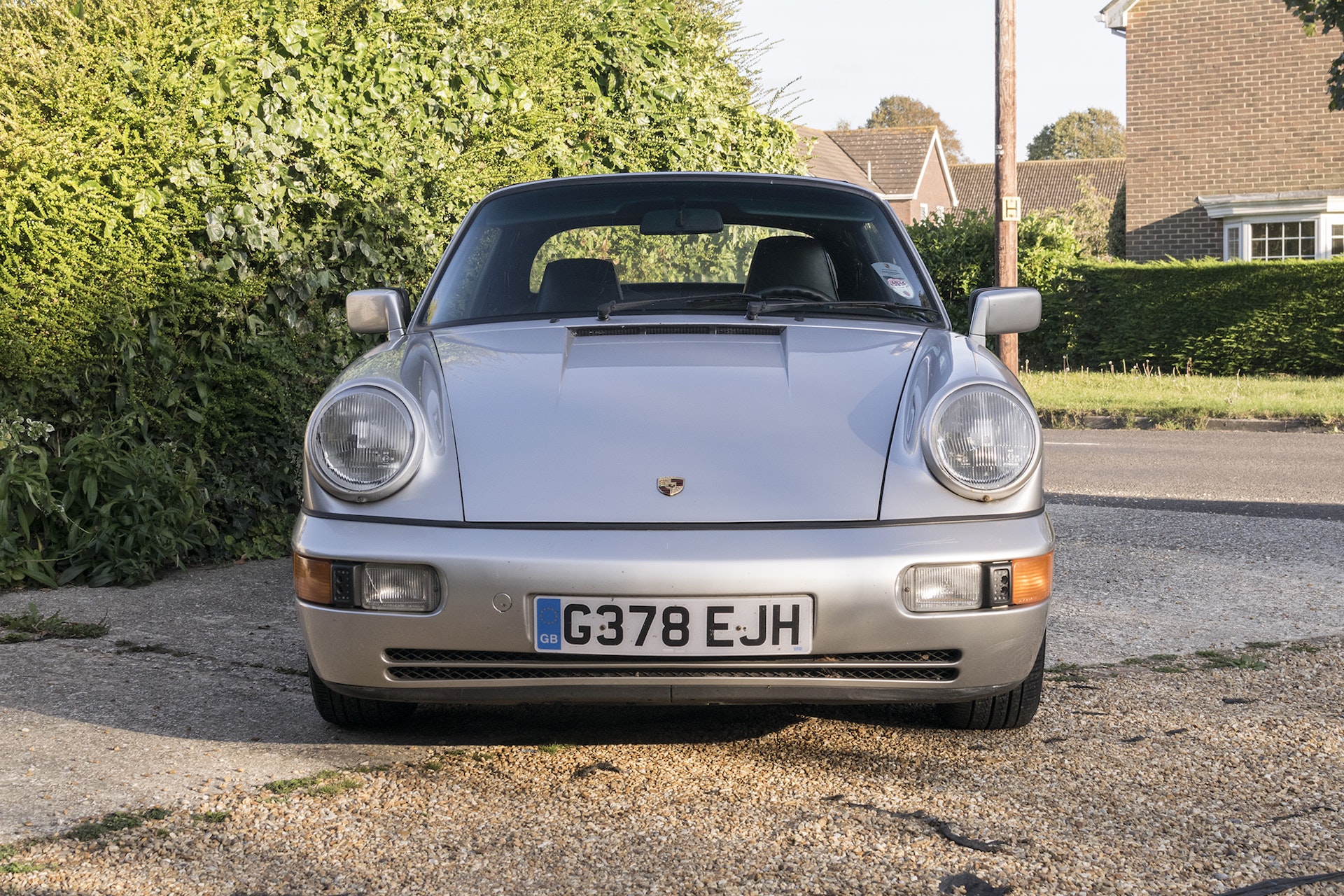 Today, its Linen Grey paintwork still presents smartly and even on closer inspection is found to be in very good order. There are no scratches or dents down the flanks, and no bubbling or corrosion around the wheel arches. At the front, there are some scuffs and minor scratches on the bumper and the plastic guard beneath it, as well as some surface rust around the nearside headlight bezel. There are also a few chips near the offside door handle, and the nearside rear indicator has some hairline cracks in the plastic lens. 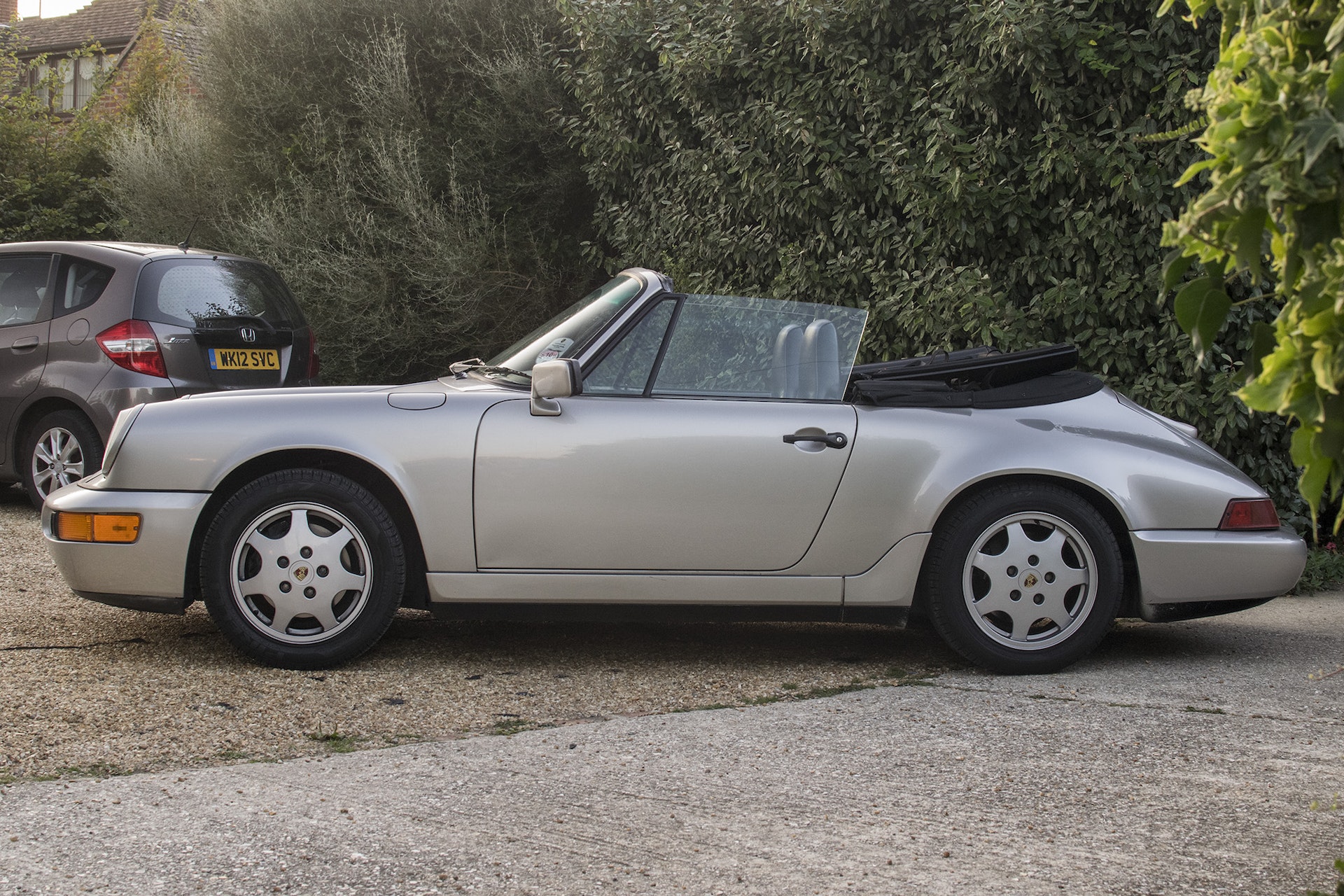 The car’s shut lines are all sound, and the door jambs and end panels are in excellent condition. There is only a very small patch that is starting to bubble on the nearside sill cover near the kick plate. Filling the wheel arches is a set of Porsche ‘Design 90’ alloy wheels, which have recently been fully refurbished - along with a new set of wheel bolts - and look terrific. 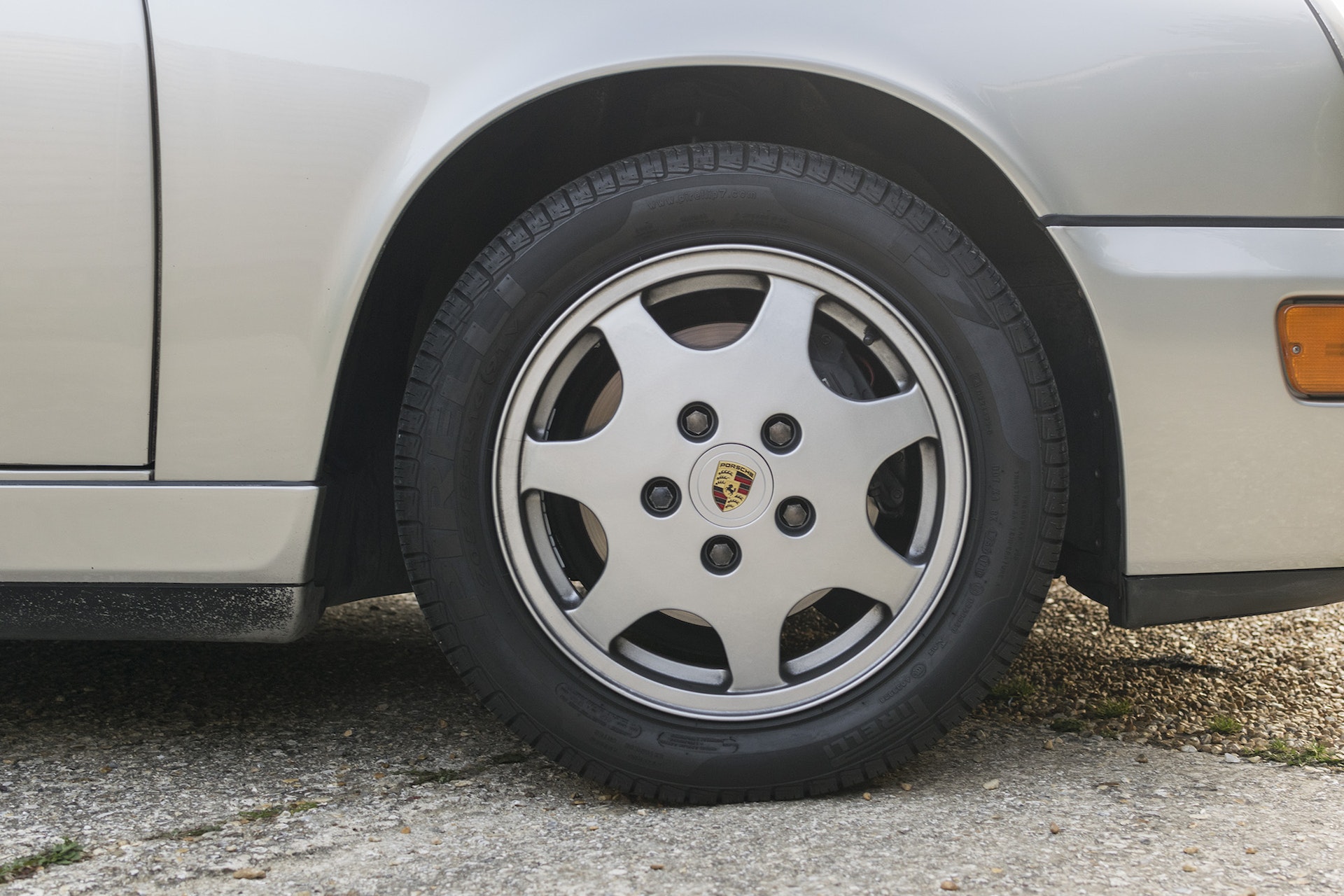 All of the rubber seals around the windscreen and side glasses are in great shape, and the folding fabric roof fits snugly. The roof mechanism works perfectly, having had renewed parts and adjustment at Porsche Centre Reading. The black material still has a deep colour with very little fading, and with only a few nicks in the outer layer on the offside of the car. There is no damage to the rear plastic screen, and the headlining is also in very good order. 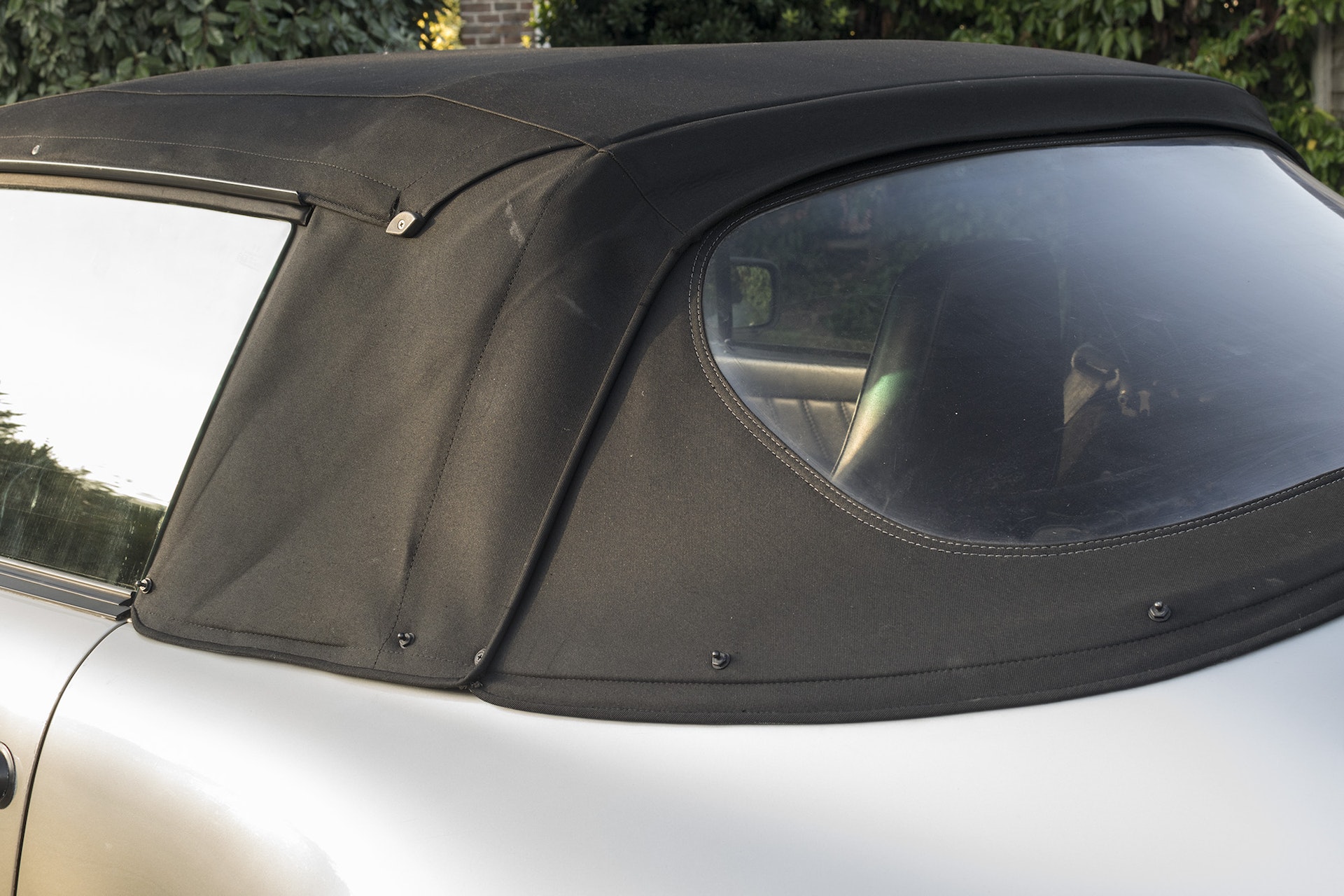 The interior is trimmed in full black leather, including perforated centre panels on the front seats. All of the upholstery is in superb condition, showing few signs of wear. Front airbags featured in the original specification, and both the steering wheel and gear knob are also trimmed in leather. 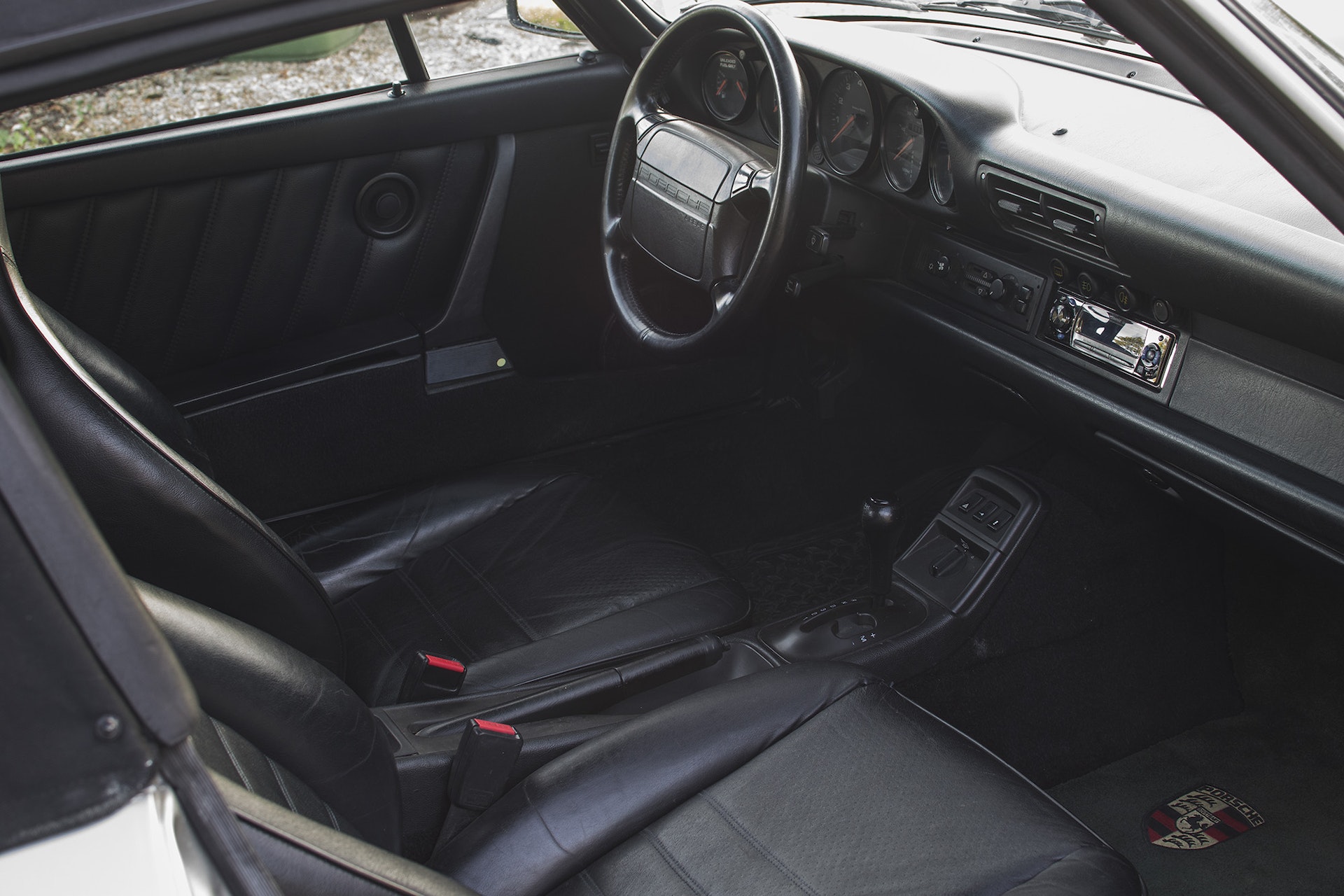 Equipment in the cabin includes air-conditioning, cruise control, an amplifier and rear-shelf speakers, and a more contemporary Panasonic stereo and CD player with MP3 playback. All of the interior carpeting is original and still in good order throughout, including in the front boot. The original spare wheel is still housed in the boot floor. 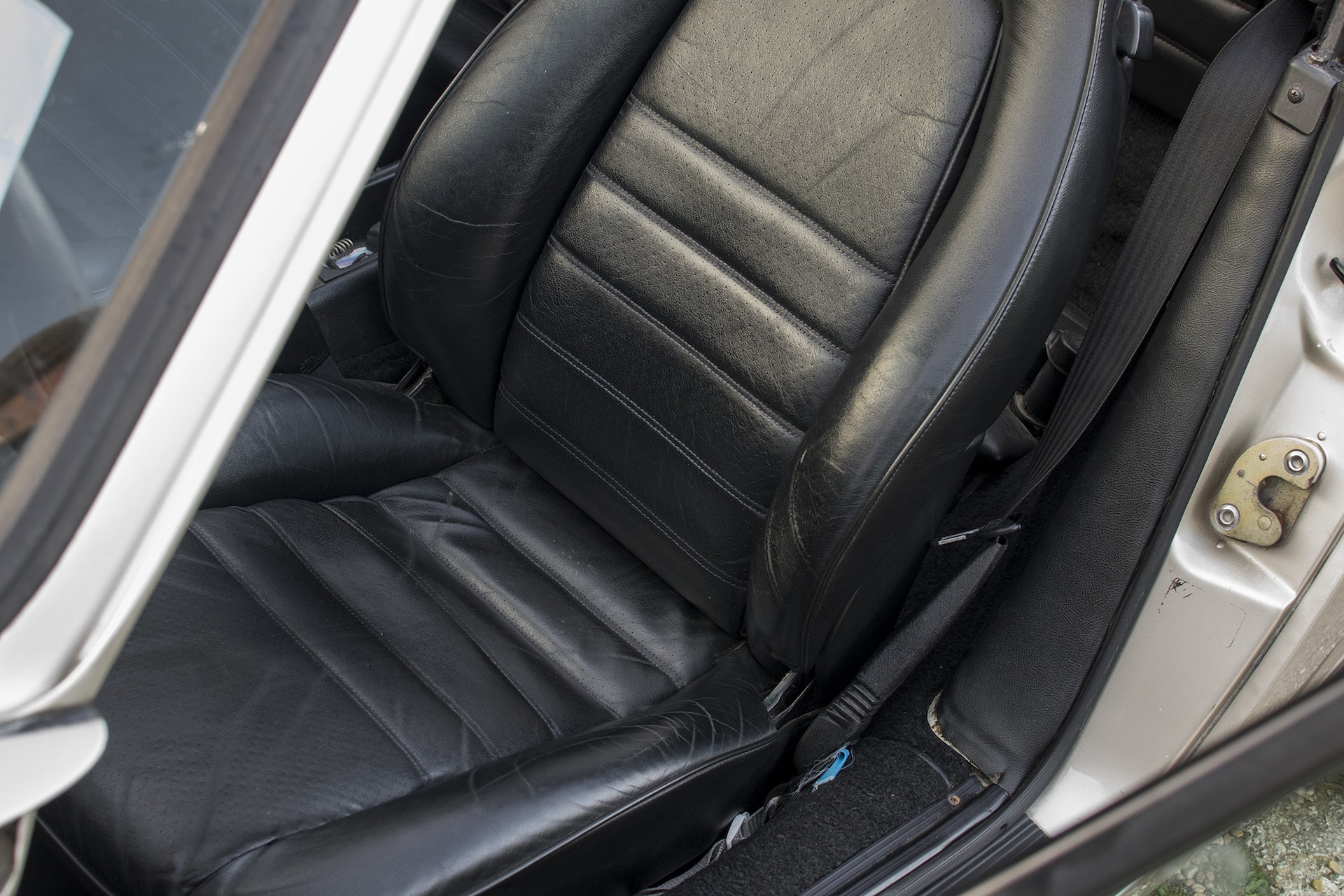 While the manual gearbox may be the collector’s favourite, the Tiptronic transmission should not be written off by anyone who has not experienced a car equipped with one. Writing about the 964’s Tiptronic gearbox in 1991, Motor Sport’s Jeremy Walton said: “The everyday ability of the 911 is enhanced by the presence of Tiptronic. The change quality and speed is the best I have ever experienced in any kind of automatic.” 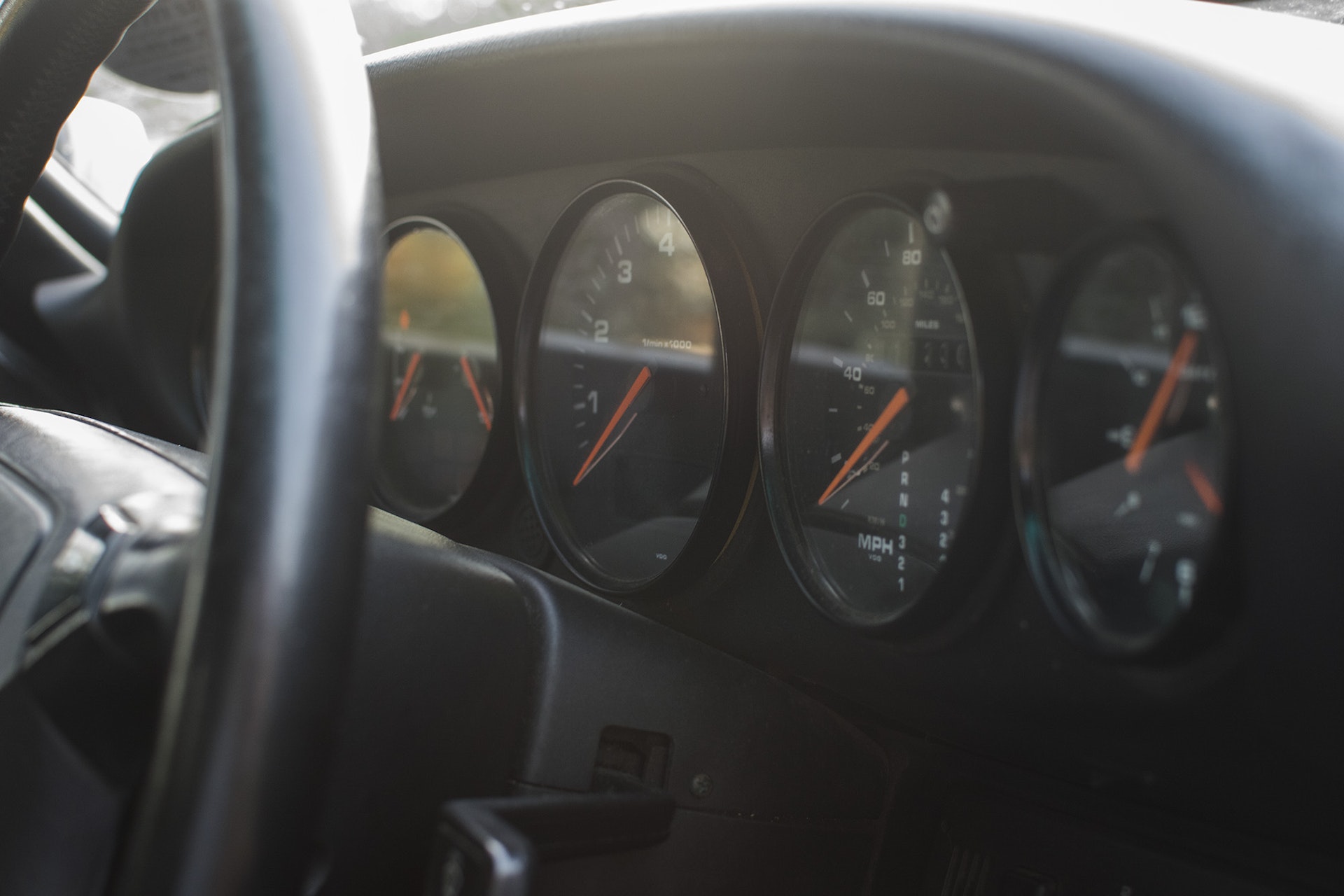 The car starts, runs and drives very well, and was the subject of a major service at Porsche Centre Reading in May 2019. This work included renewal of all spark plugs, as well as new gearbox oil and brake fluid. Previous services at Porsche main dealers were in May 2018 and May 2016. 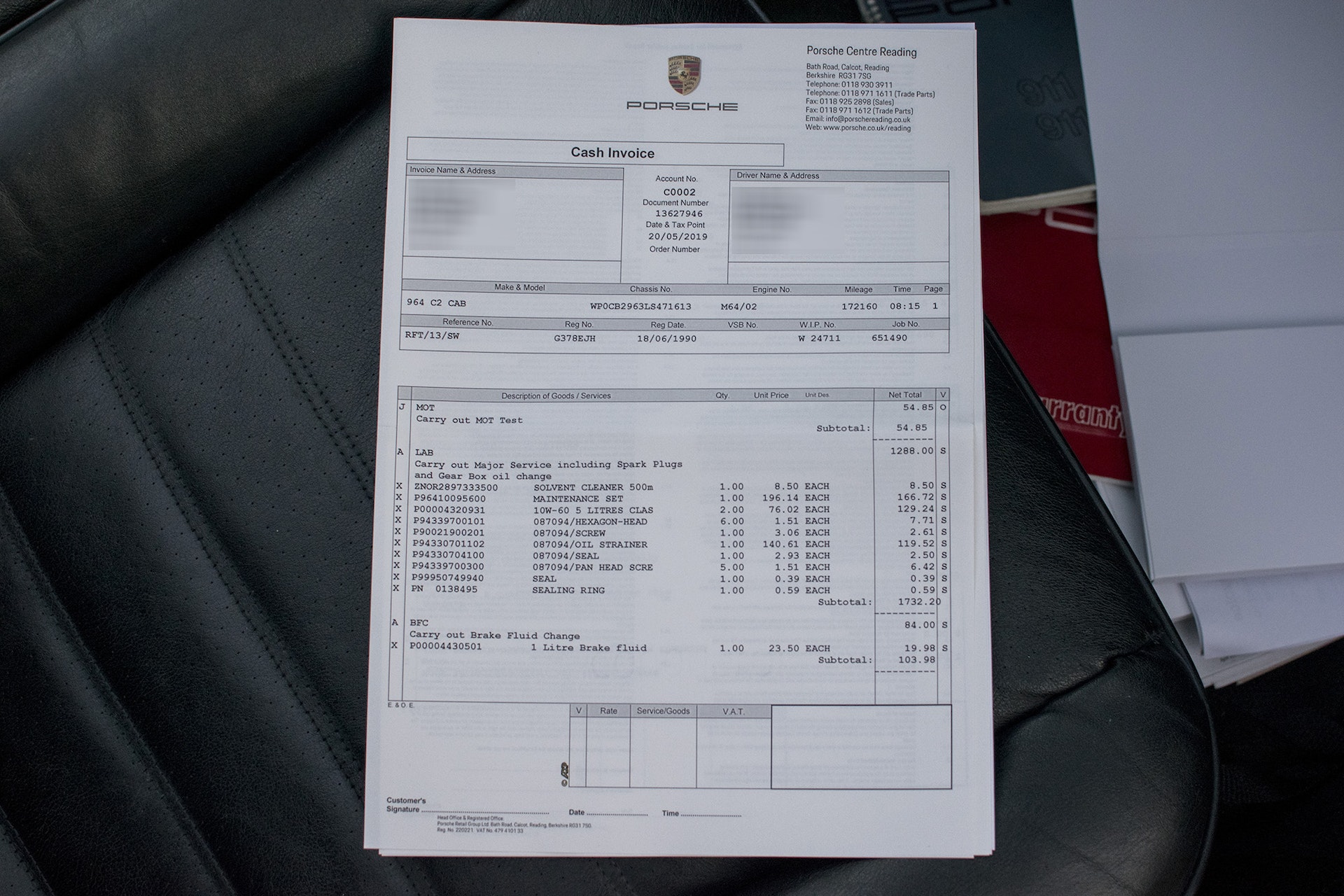 Prior to that, the braking system was given a major overhaul in 2015 at Porsche specialist Wrightune. This included new discs and pads all round, stripped and refurbished calipers, and new handbrake shoes. All of the CV joint boots on the driveshafts were also renewed, along with replacement bushings on the front wishbones. It is worth noting that in 2001, while still in the US, the engine was fully rebuilt by main dealer Carlsen Porsche in Palo Alto, and has covered less than 100,000 miles since. 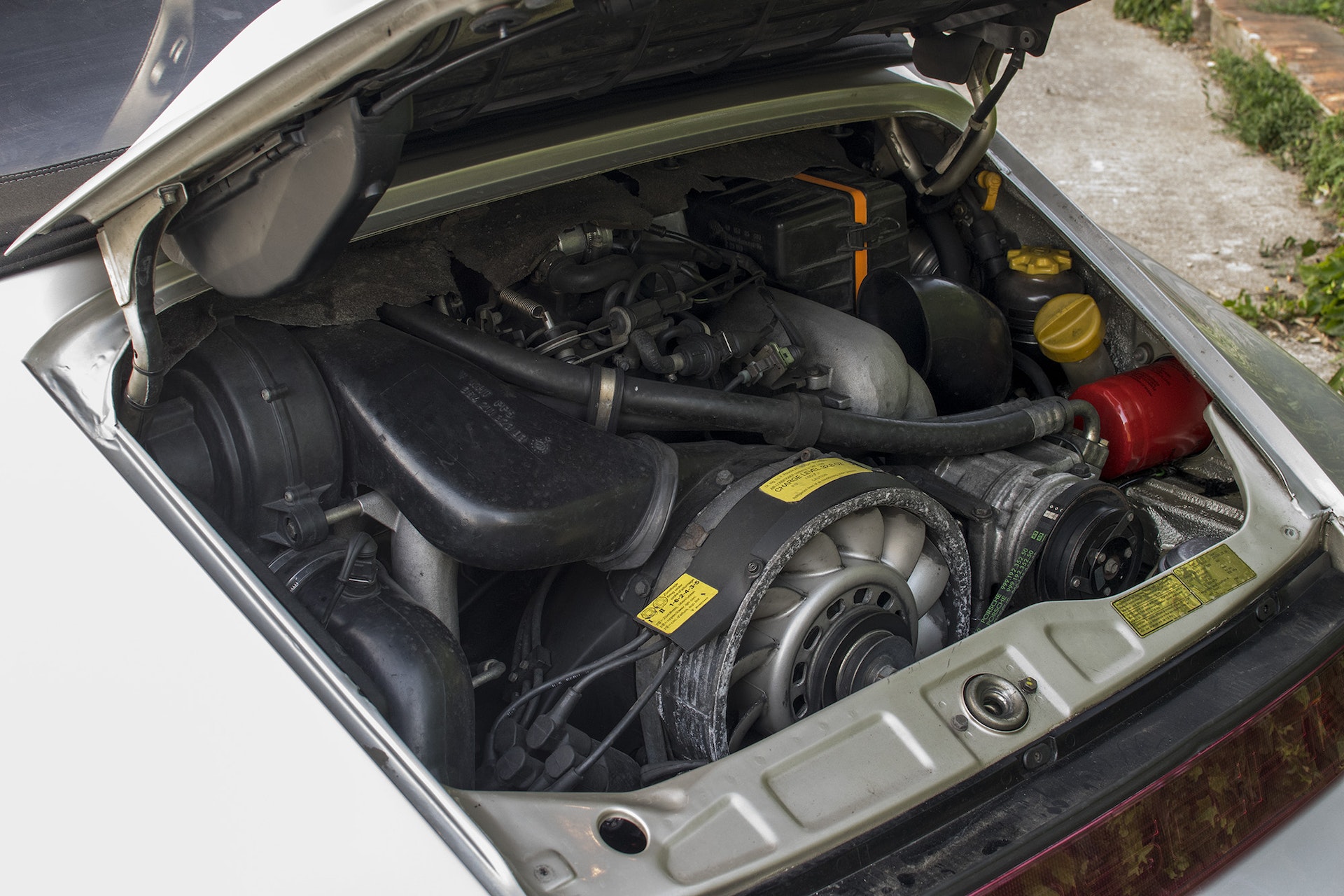 Its last MOT was in May 2019, which resulted in an immediate pass with only a few advisories. Slight corrosion was noted on the rear brake hoses and coil springs, and there were minor leaks of exhaust gas and oil. The alloy wheels are shod in a set of Pirelli P7 tyres in the correct sizes of 205/55 R16 at the front and 225/50 R16 at the rear, all of which have plenty of tread remaining. 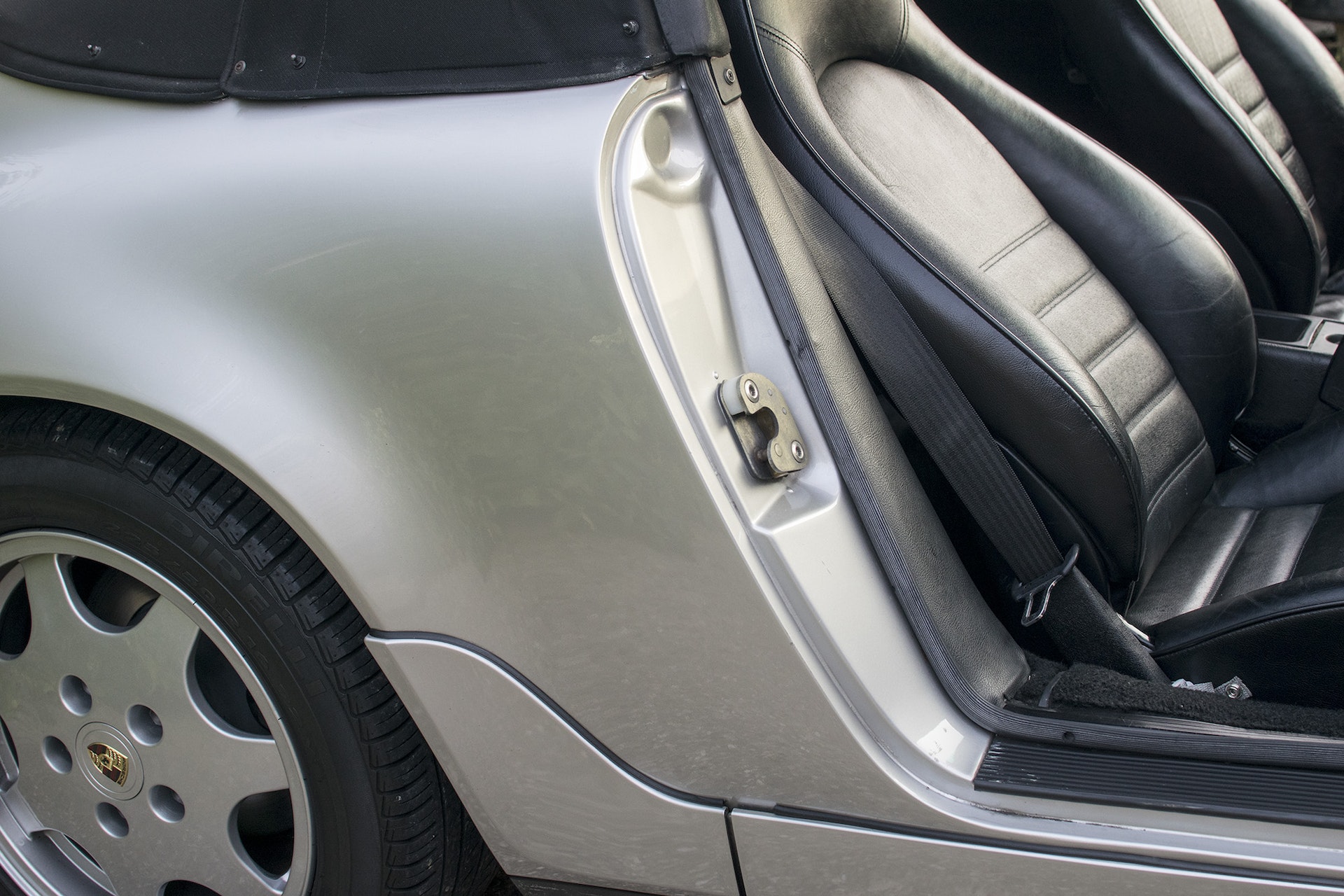 The car is accompanied by the 964 Carrera owner’s manual and the original stamped warranty and service booklet. The history file contains a raft of old invoices and receipts, including for its last smog certification in the US in 2005. A user guide for the Panasonic stereo is also present. 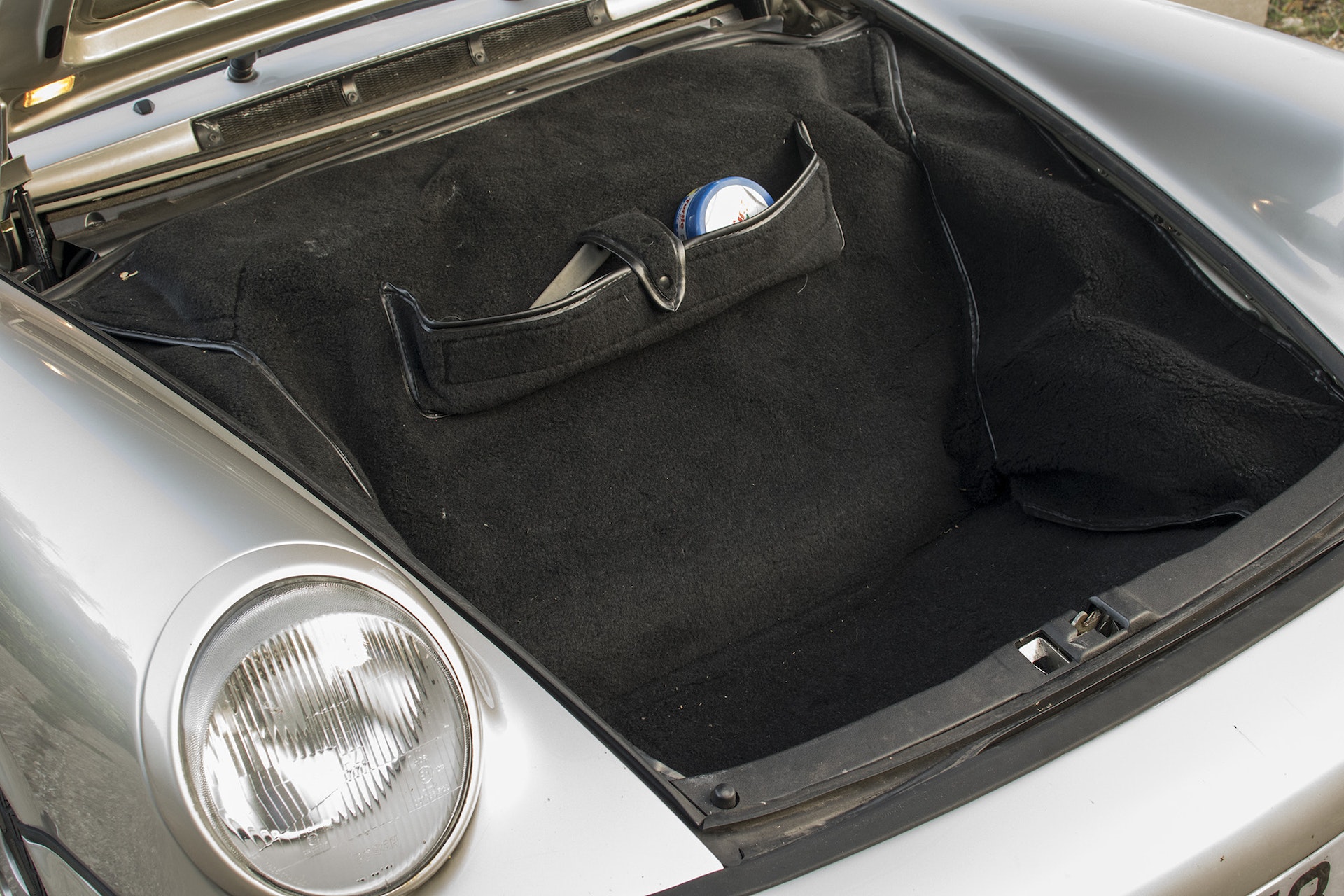 This Porsche 964 Carrera Cabriolet is a sound example of a model that many people regard as being the definitive 911 shape. While every inch the early ‘90s sports car, this Carrera also performs brilliantly as a refined cruiser. Some minor work could bring this 911 up to a very high standard, but of course it is ready to enjoy on the road immediately. 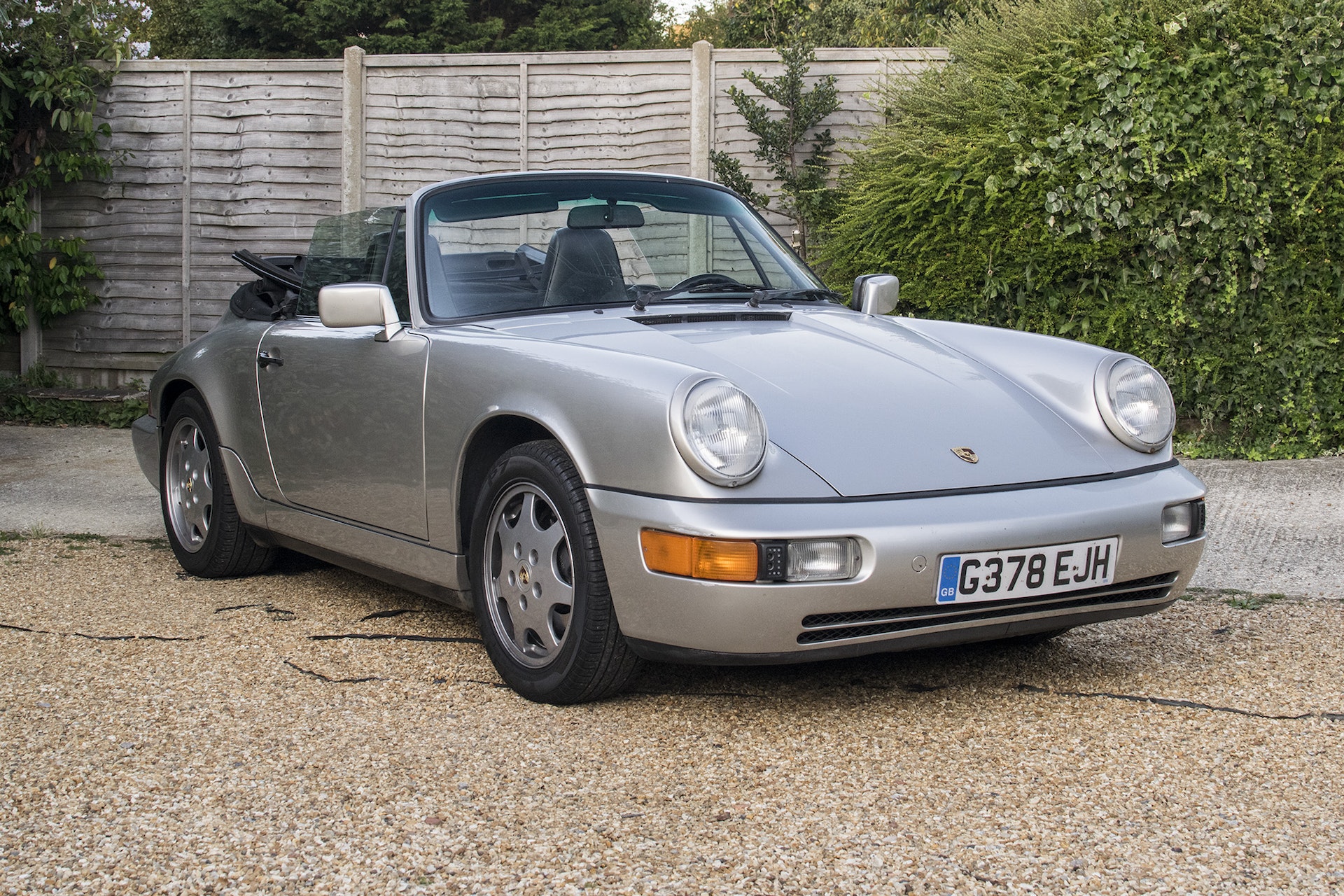